February is the shortest month and we've now gained 1 hour and 45 minutes of daylight. 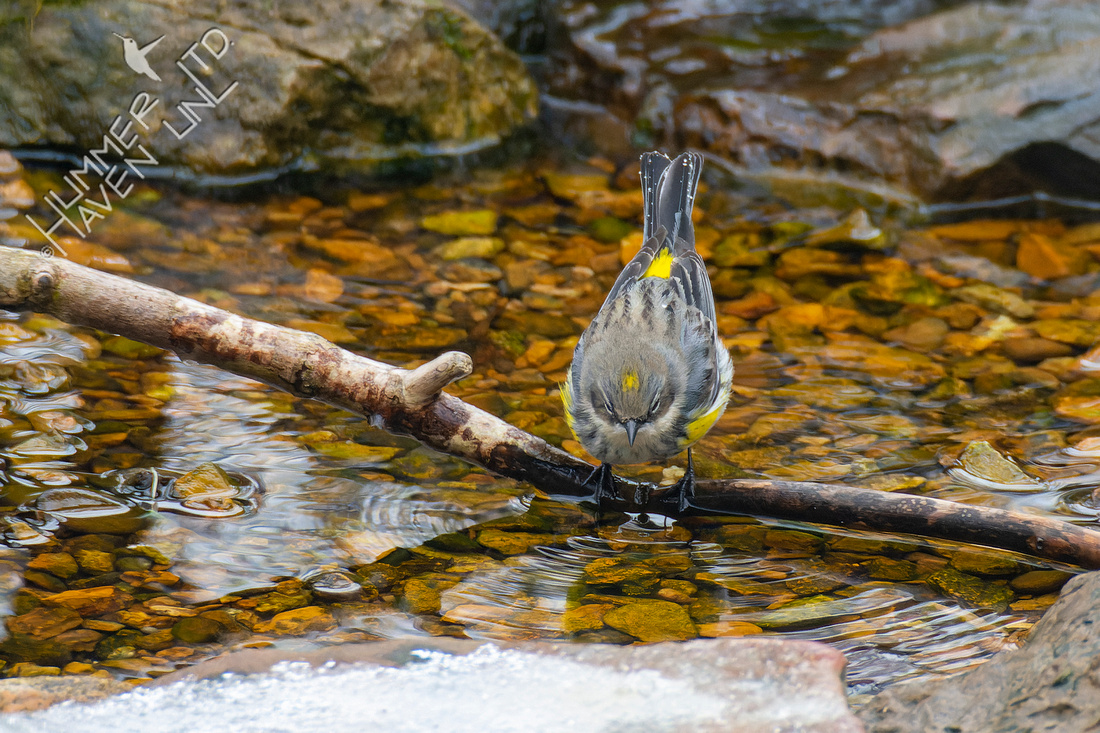 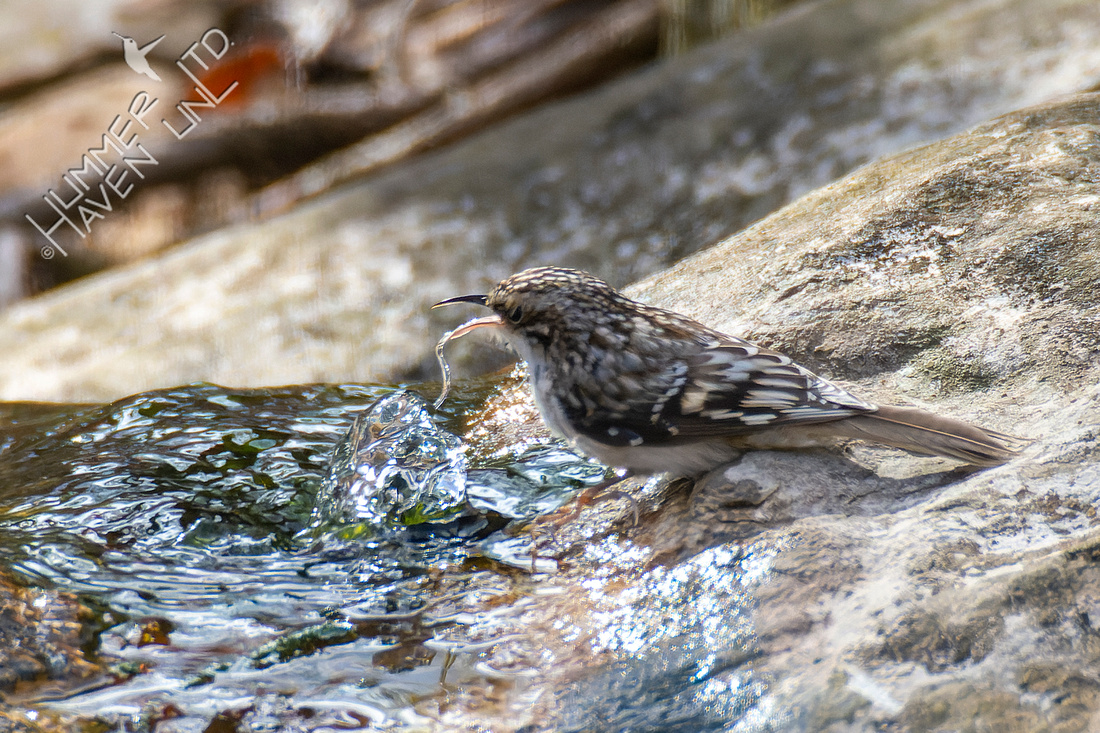 The Yellow-rumped Warbler and sometimes two Brown Creepers are still being seen every day. 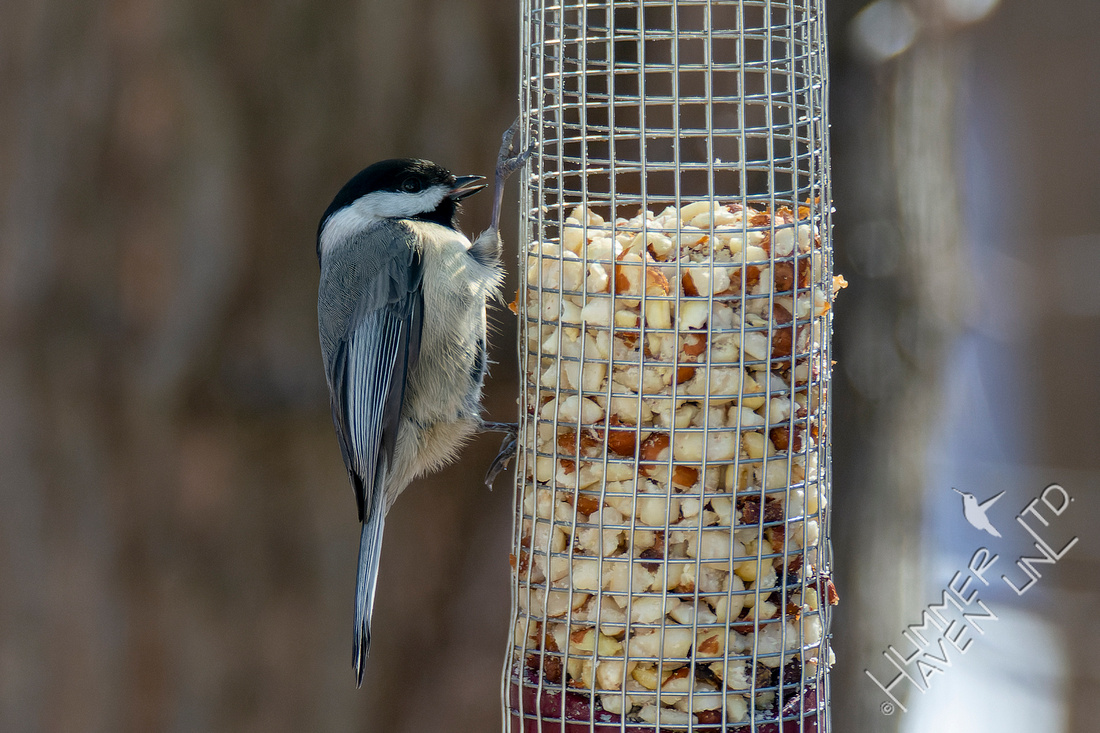 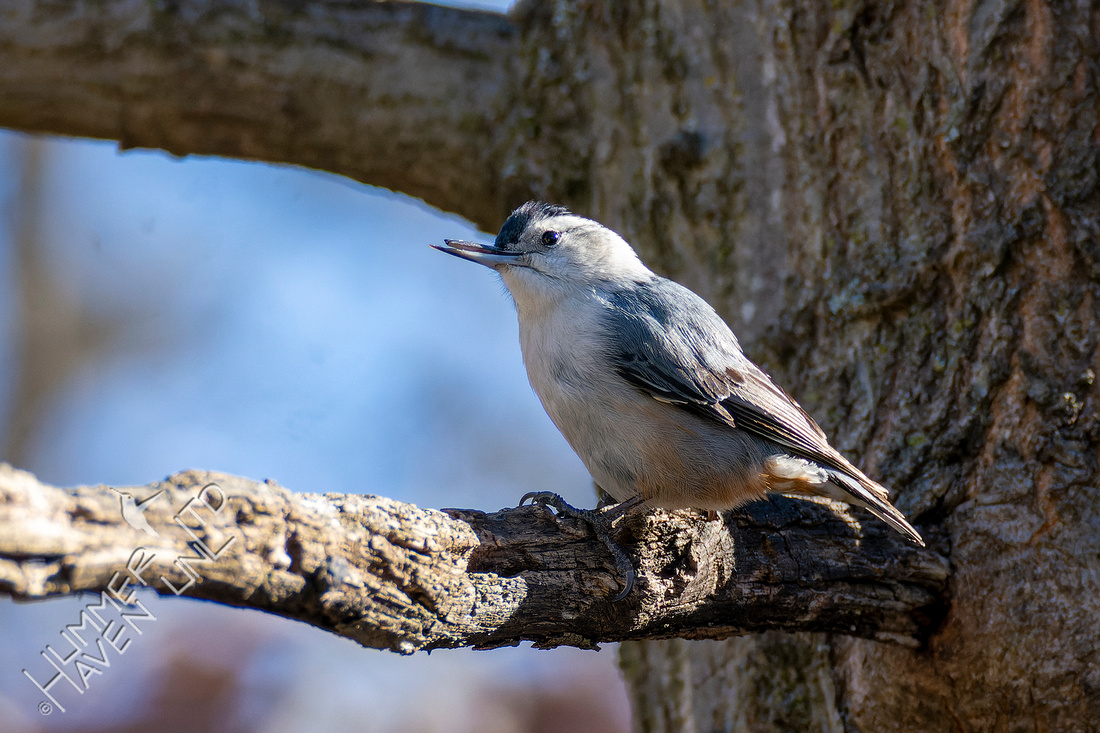 There have been some tough, cold and icy days for birds like the Carolina Chickadee with its deformed leg and the White-breasted Nuthatch with the crossed bill. The nuthatch has broken the upper mandible and still hammers away at the peanut feeder to get food. I wonder how this one will feed young successfully. 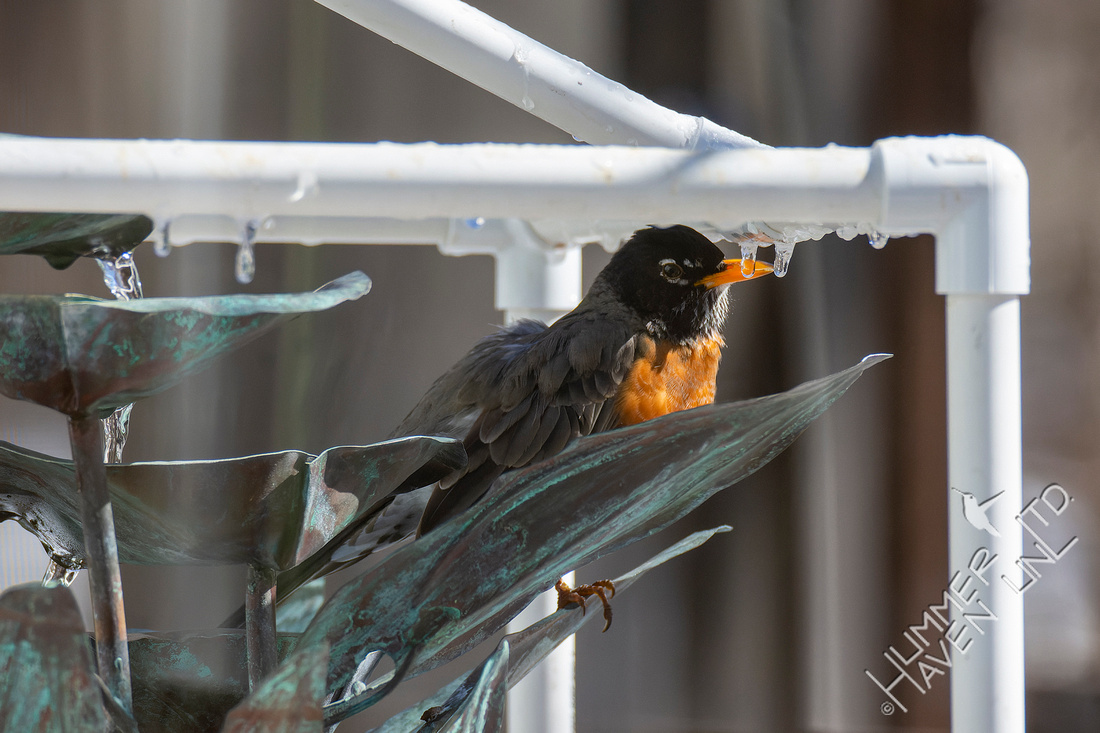 Two American Robins have been coming onto the deck for bits of mealworms and bark butter. They both want to be first on their breeding territories. This one was soaking up a bit of warmth from the fountain on a very cold morning. 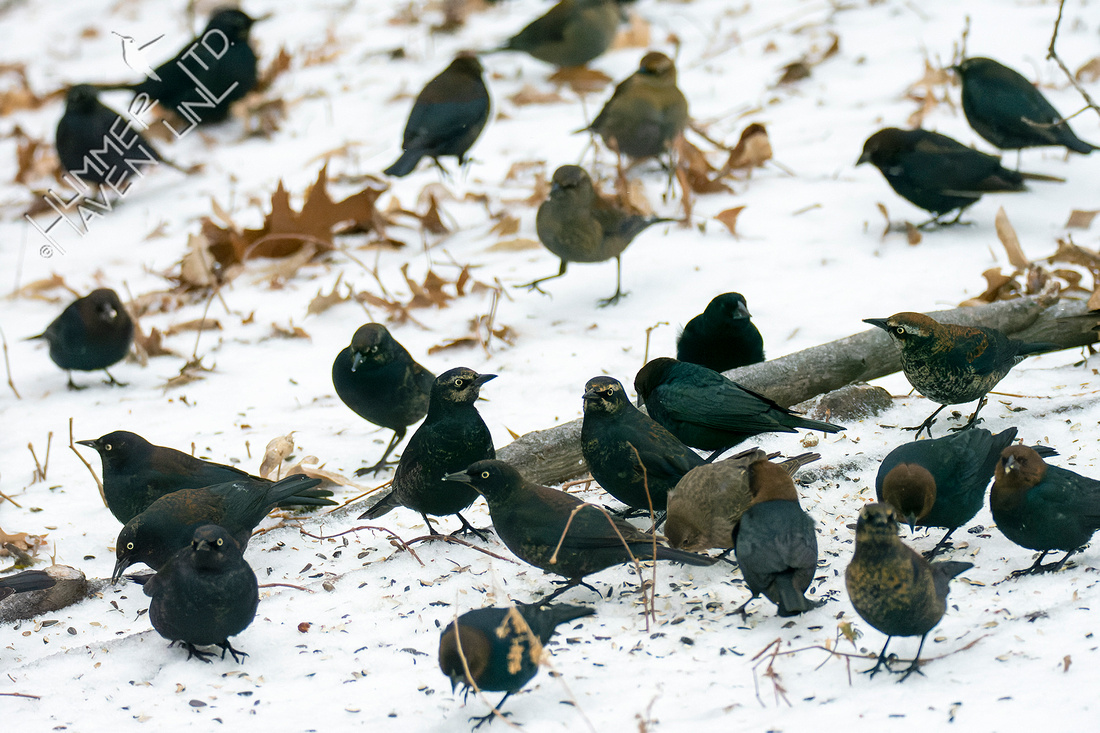 A very large mixed flock of blackbirds came in on Friday, 2-25. It was a dark day, but I was enjoying the rich variation in the plumage of all these birds. (When you see browns and blacks, make the most of it!) I estimated 50 Rusty Blackbirds and if you study this first photo, you'll see four Brown-headed Cowbirds in the right foreground. There were ten cowbirds that I counted under the south feeders at one point, the most I've seen at once. 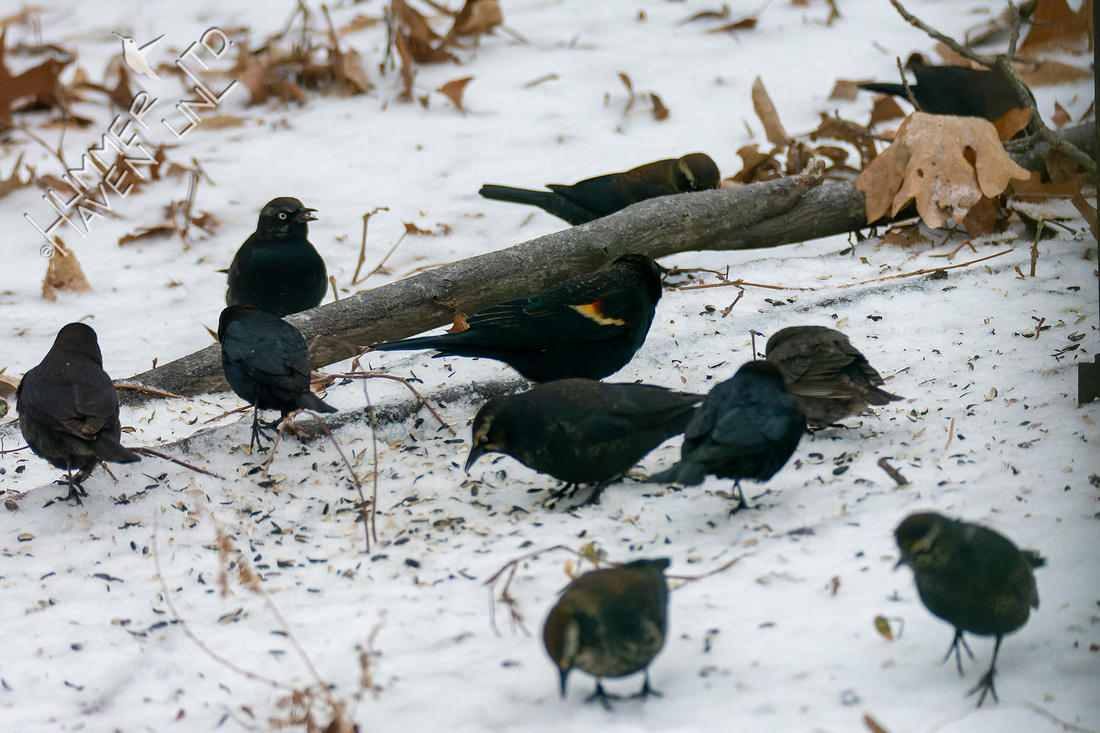 Notice the Red-winged Blackbird just in front of the branch? It was the only one in this large flock that I could find. 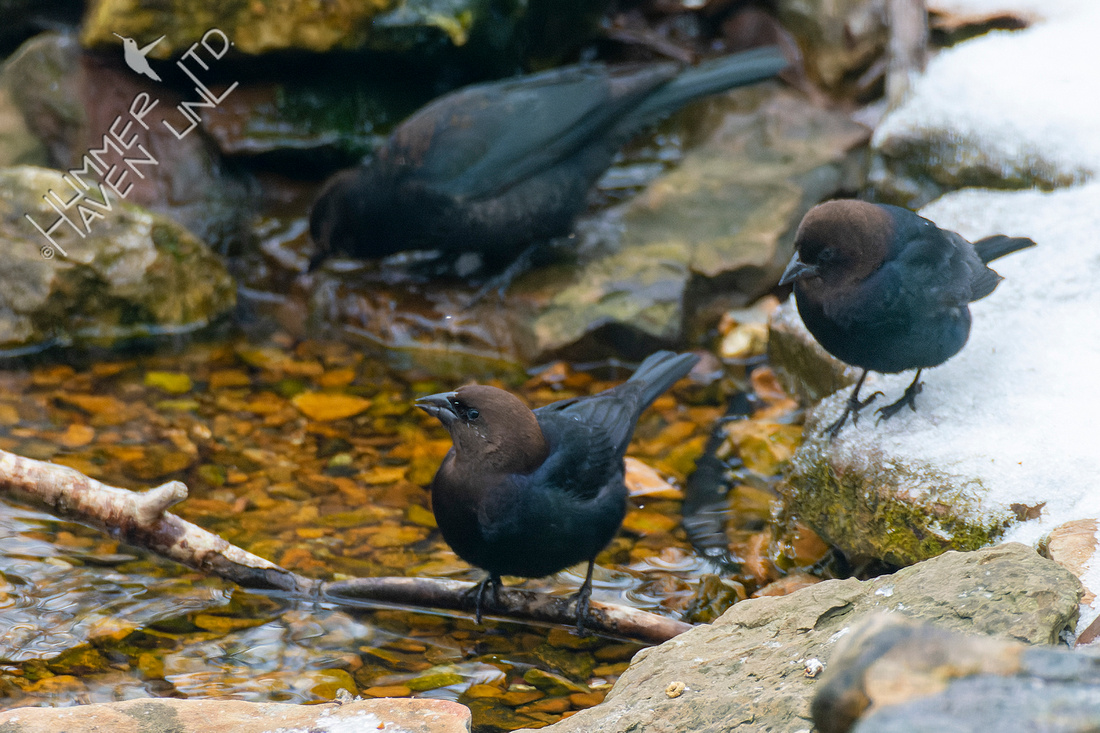 Two Brown-headed Cowbirds joined a Rusty Blackbird to drink at the bubbler. 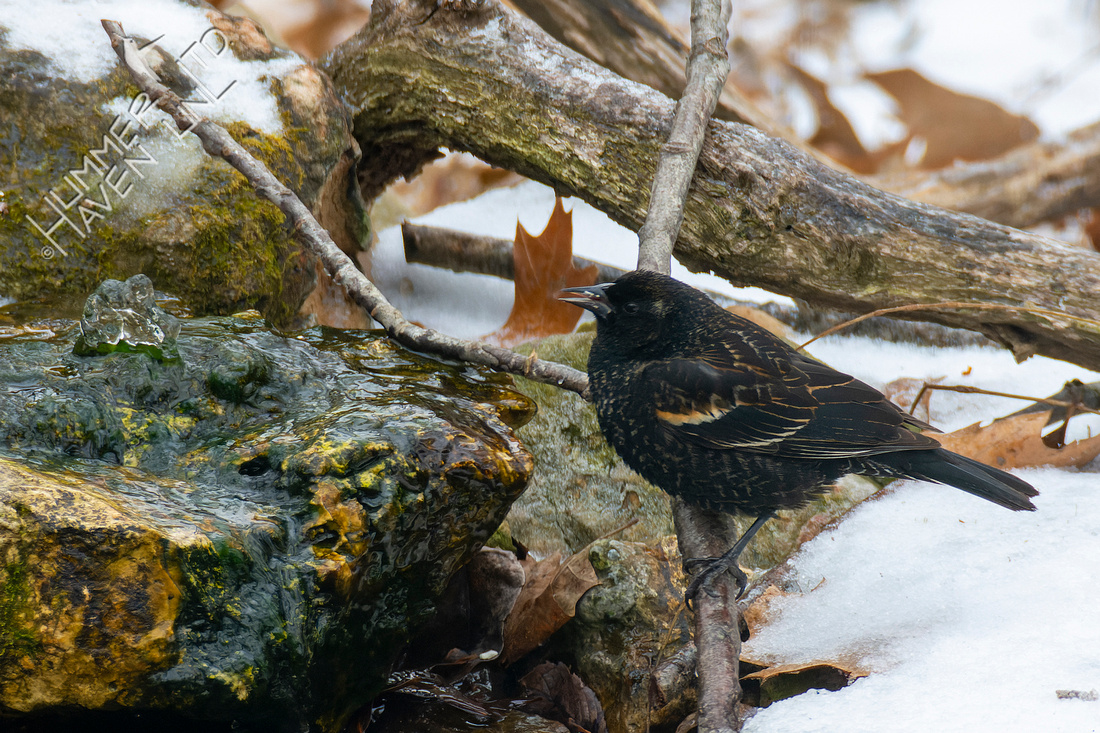 The Red-winged Blackbird also came in for half a dozen sips of water. This brought the Bubbler count up to 34 species for the year. I also saw a House Sparrow at the feeder, briefly, before the birds all lifted away. We're now at 44 species for the year, highest count at this point that I've documented since 2011 when I started making annual lists for myself and my two friends, Connie and Wally. They both usually get more species than I do, but the variety between the three of us is quite amazing. 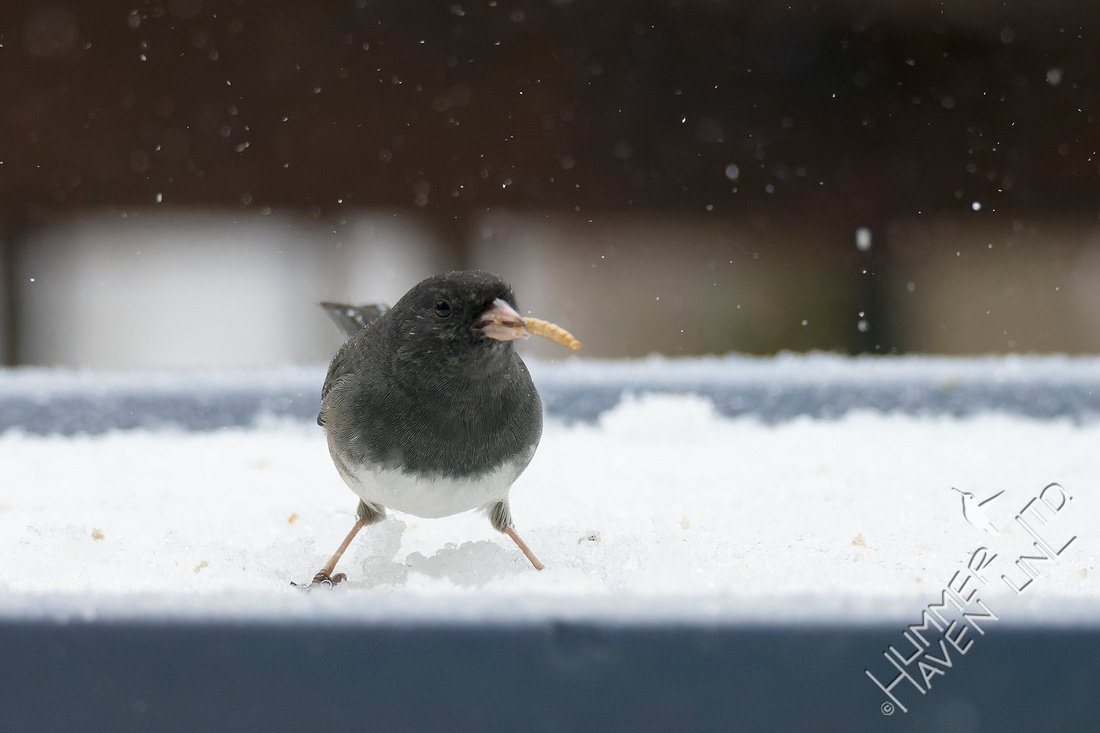 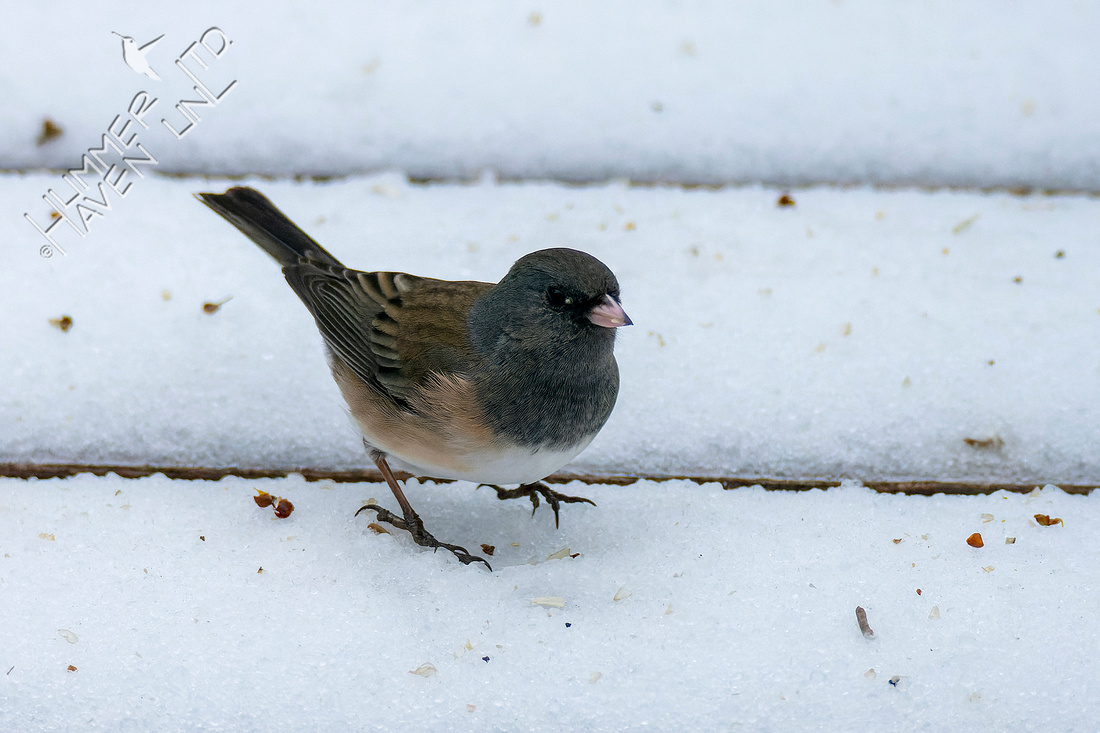 In this last icy storm, we also have seen some slate-colored Dark-eyed Juncos which are typical, as well as the Oregon form of Dark-eyed Juncos. Note the dark hood, chestnut brown back and buff-brown flanks. 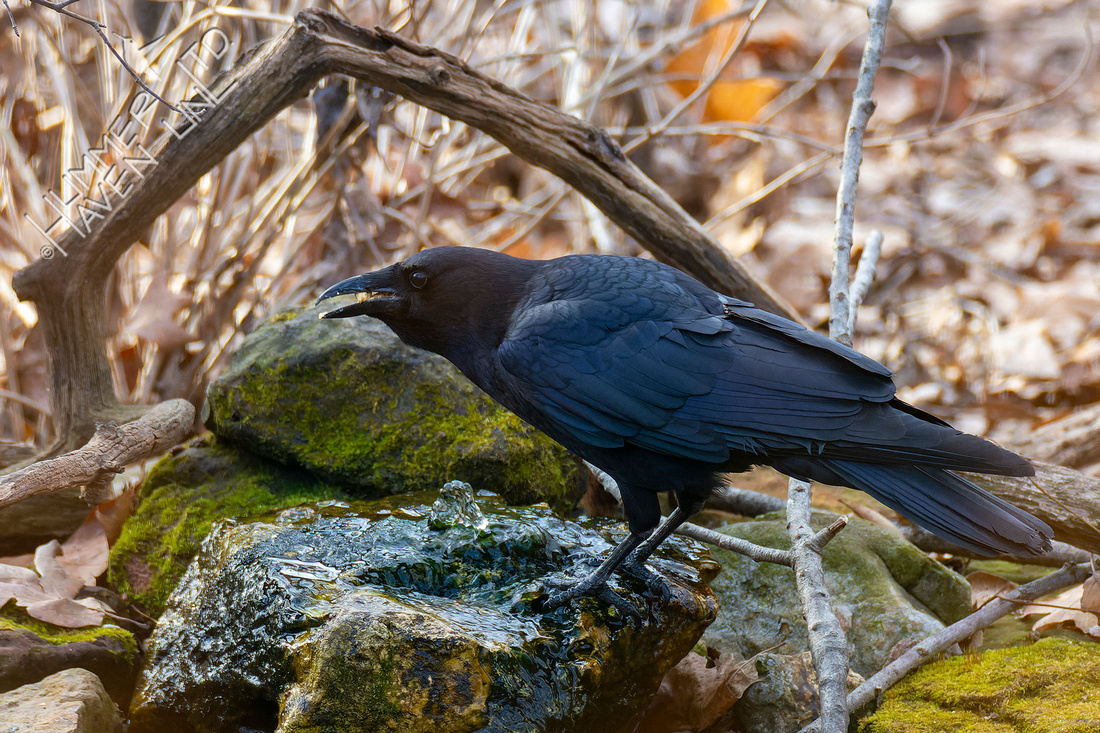 American Crows have been coming to drink after grabbing a bit of bark butter off the trees. They will forage in the leaves in the woods, too. I think these birds have a harder time now that we're all using bins for our trash instead of bags. 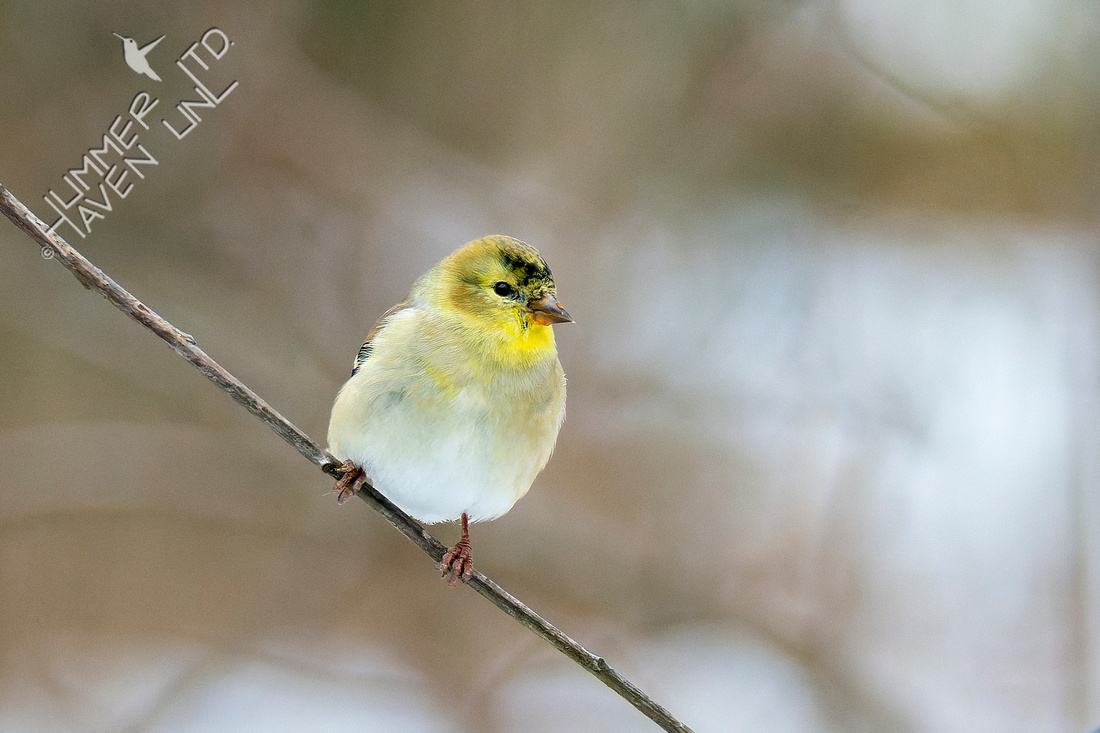 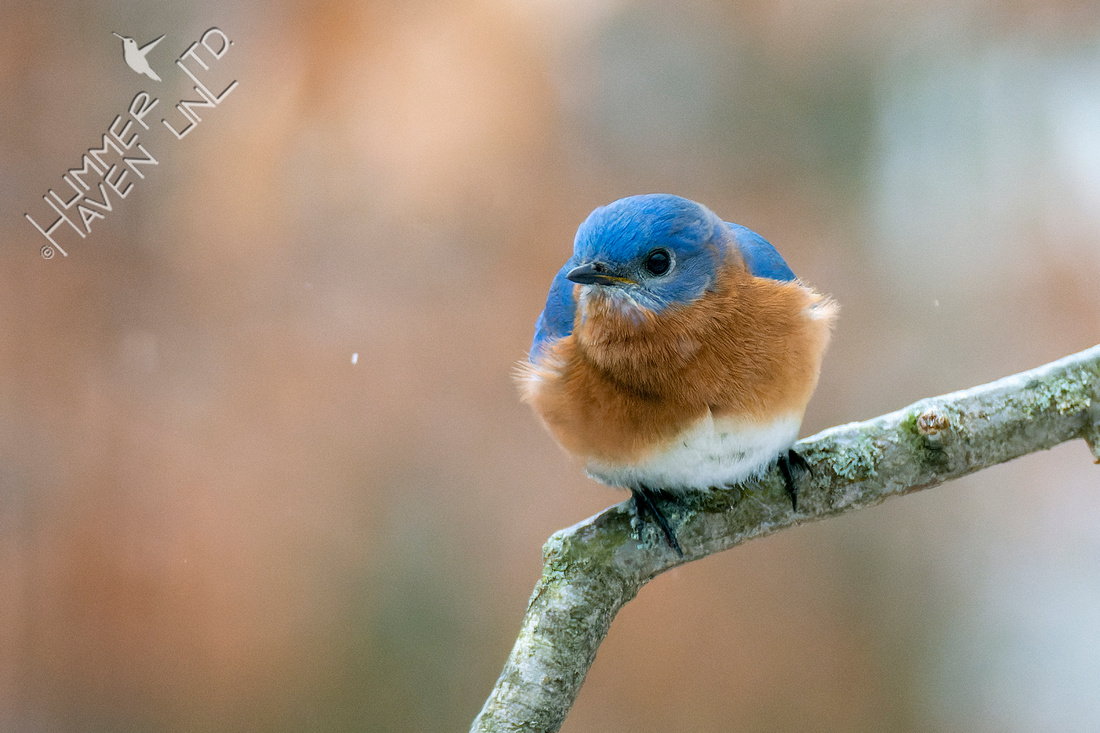 American Goldfinches are beginning to get brighter yellow plumage, and the dominant Eastern Bluebird is stunning. Birds are definitely thinking 'spring' as they chase off other males. 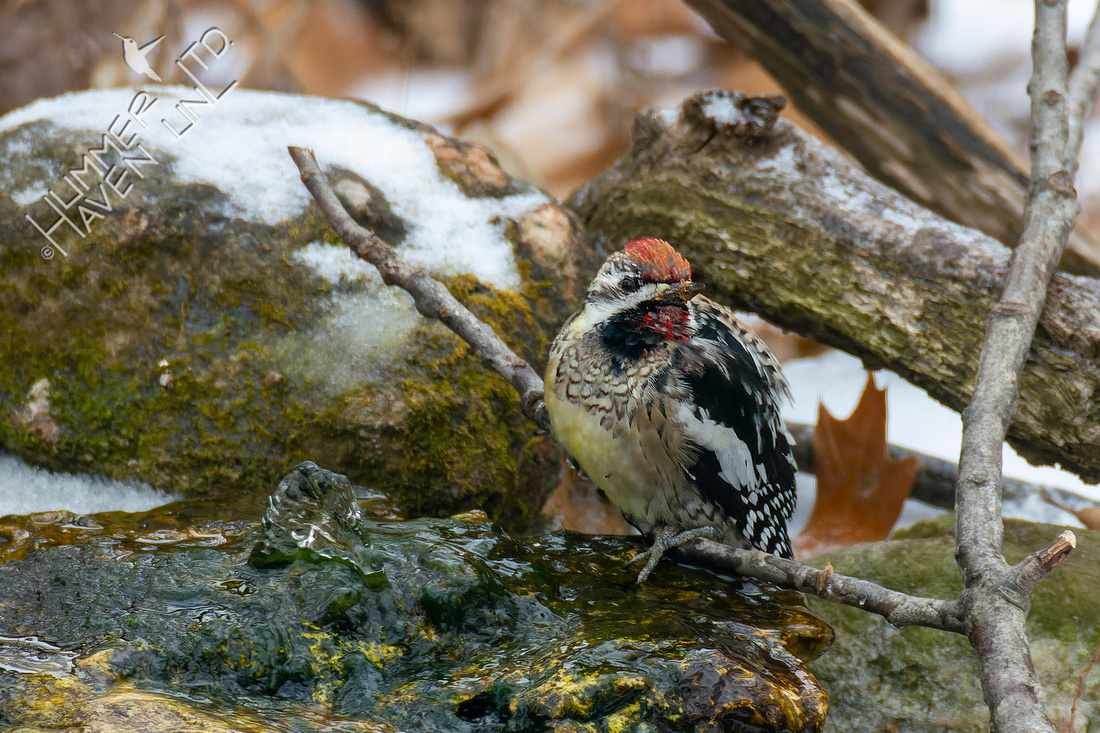 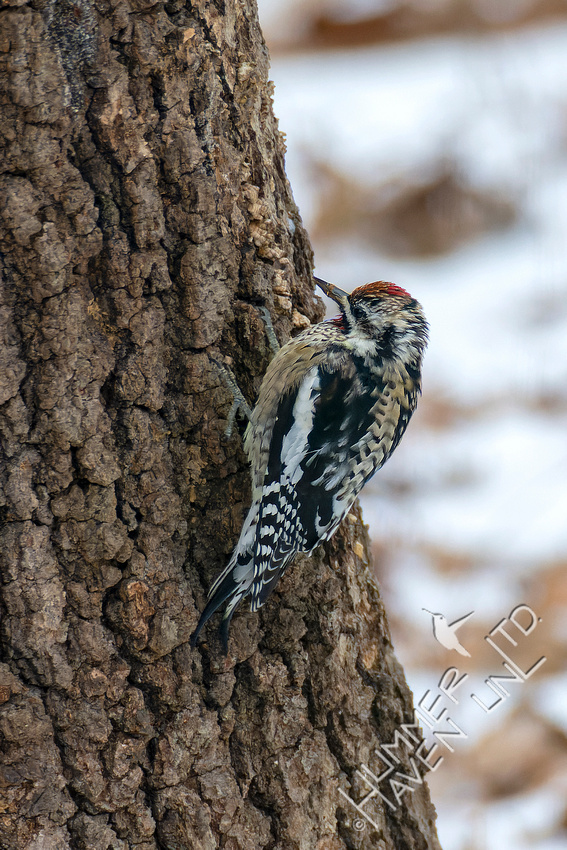 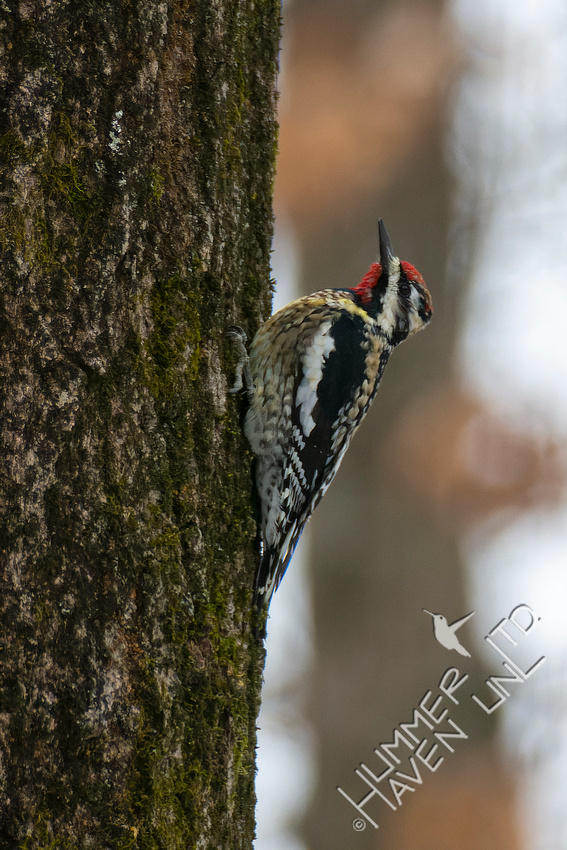 The juvenile Yellow-bellied Sapsucker has been seen on several days. On Friday, it chased off another male, which was new for the year. 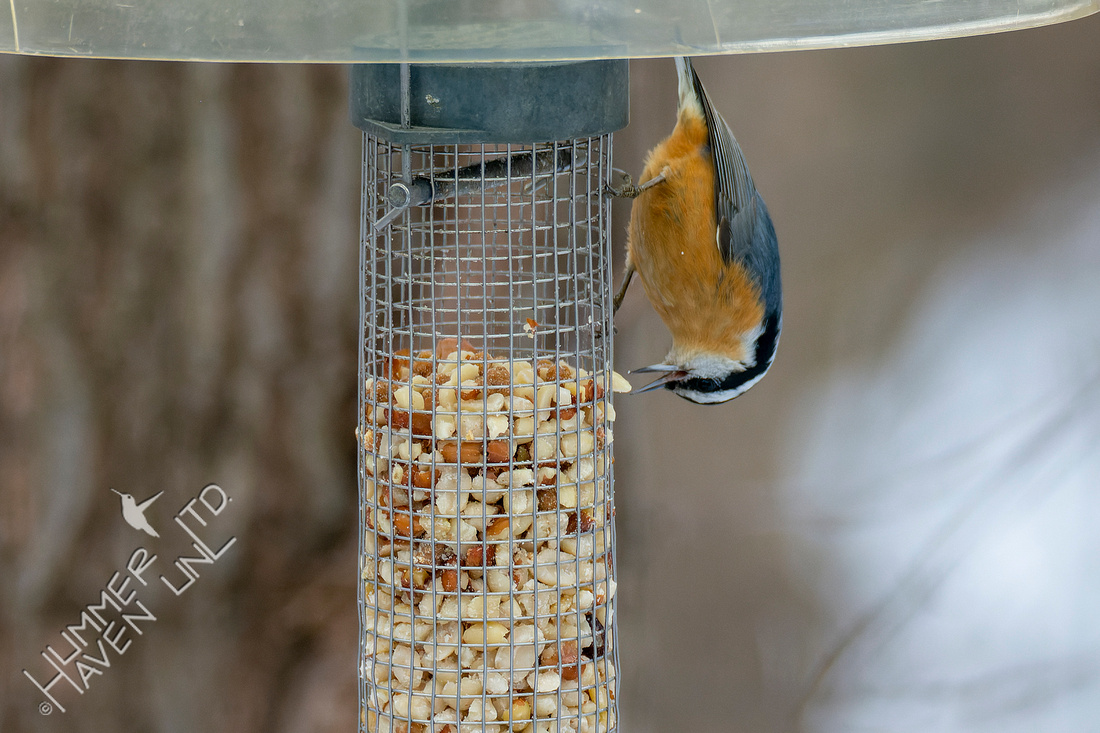 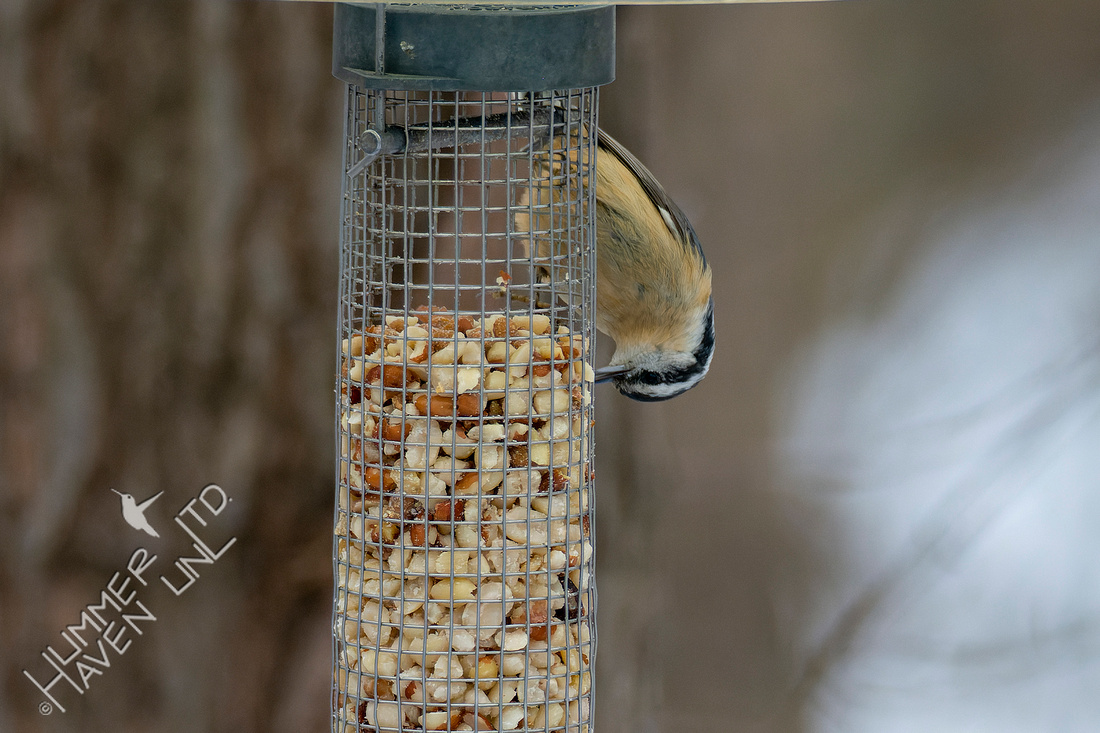 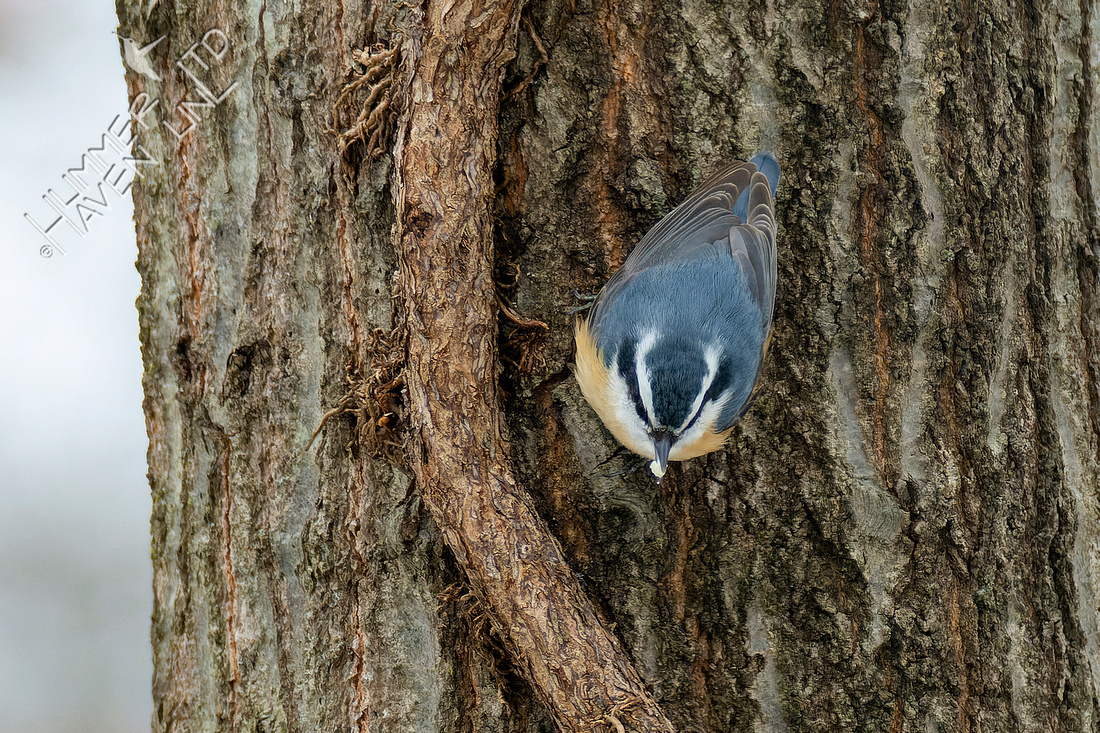 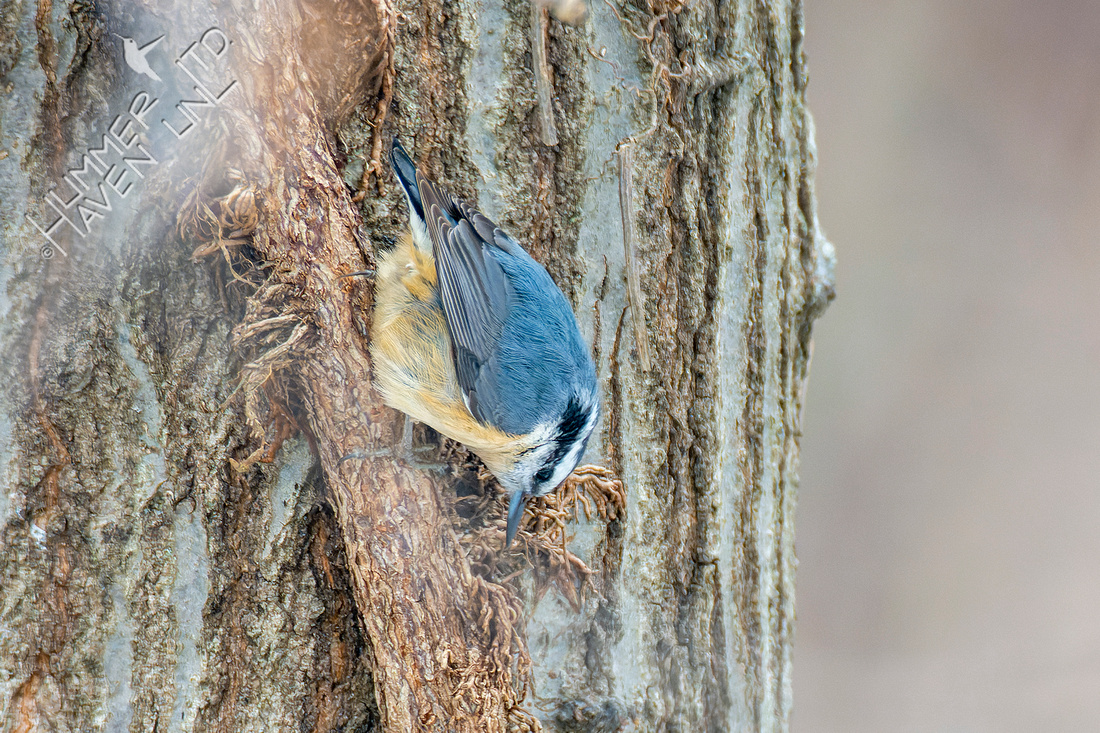 That Friday storm also brought in two more Red-breasted Nuthatches! I saw three birds at one time as they waited to get on the feeder, then the lighter pair waited together on the same branch a bit later. The pair that have been here all winter are richer in color, and I call them M1 and F1; the new pair are lighter in color, M2 and F2. So, the photos in order are M1, M2, F1 and F2.

Just like the birds, aren't we all ready for Spring???

ps. As I went to post this, I saw that we have crossed a milestone with over 100,000 visitors to our website!

Thank you all for visiting!