We've seen other signs of spring, despite the next batch of snow in the forecast. 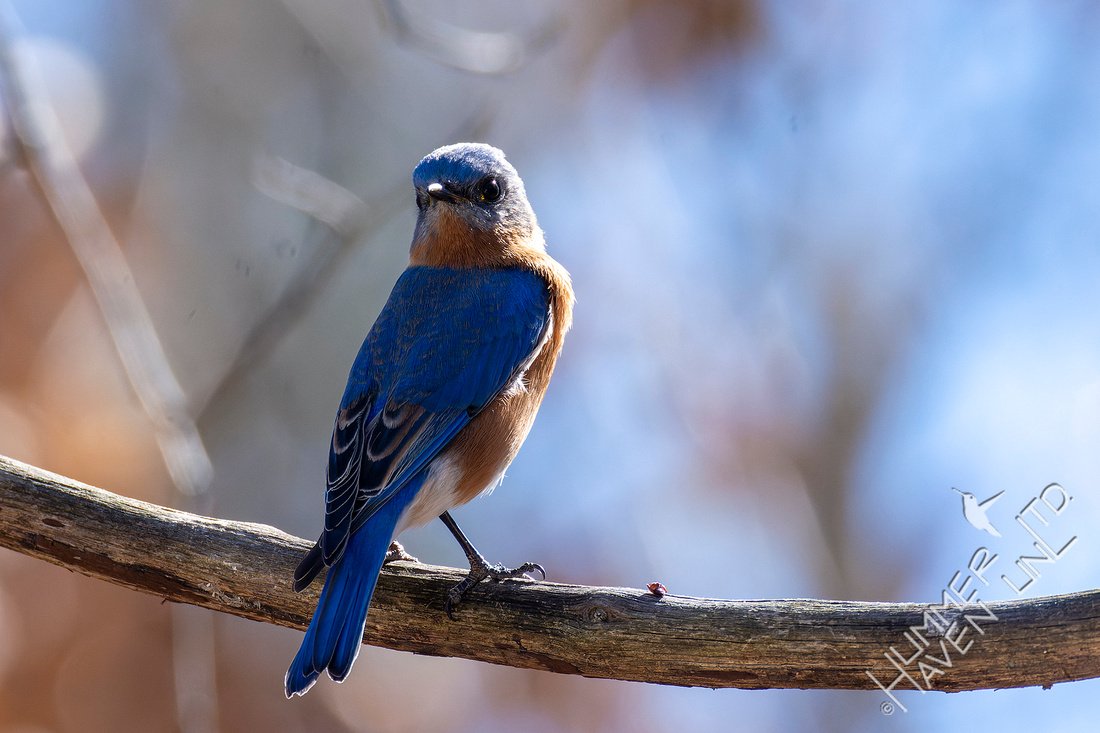 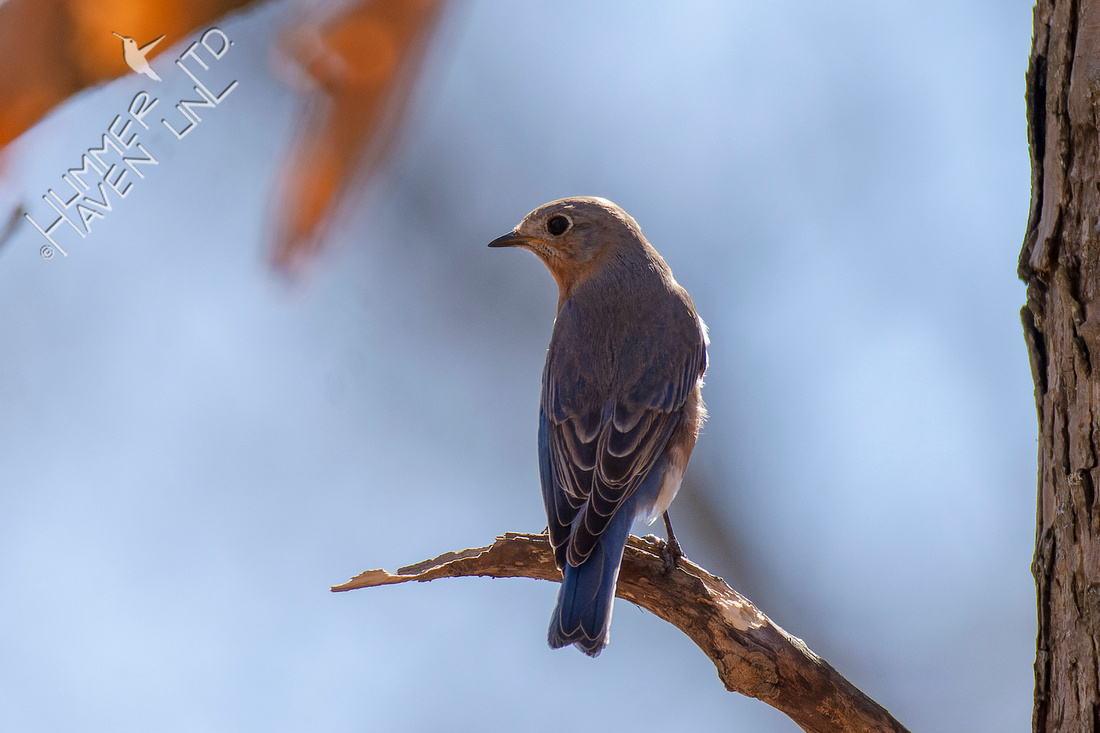 Eastern Bluebirds are getting brighter, noisier and chasing each other about. 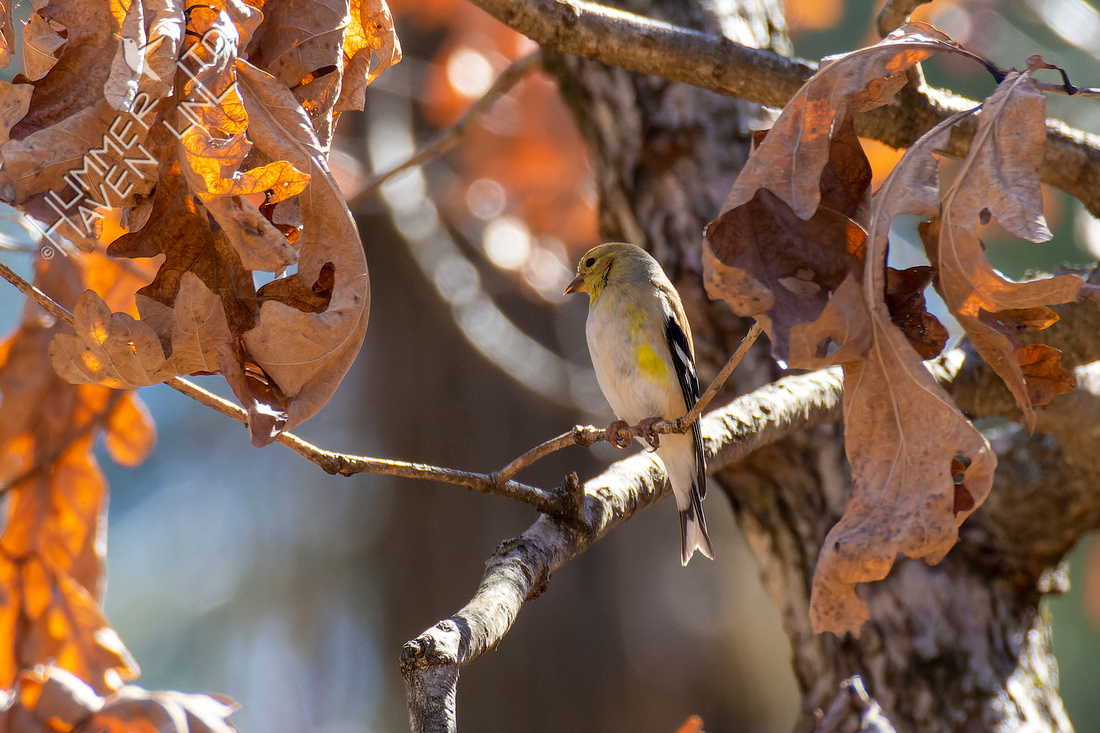 American Goldfinches are turning more yellow. They often perch up in the oak leaves on breezy days, soaking up the sun. 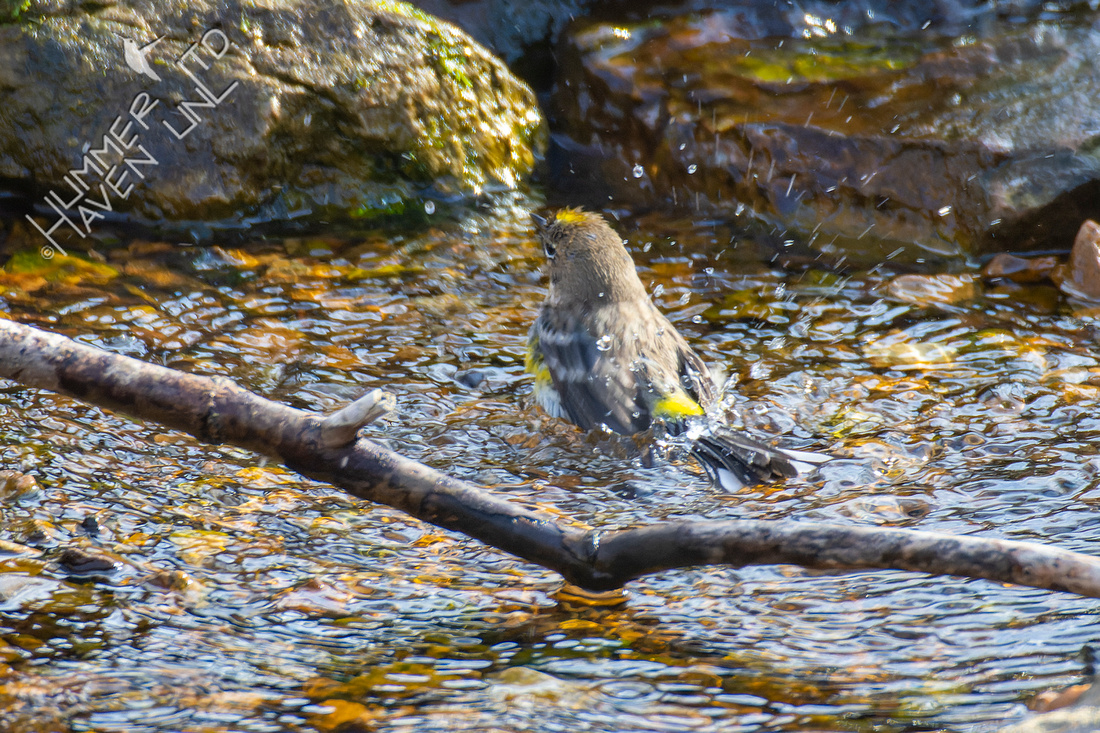 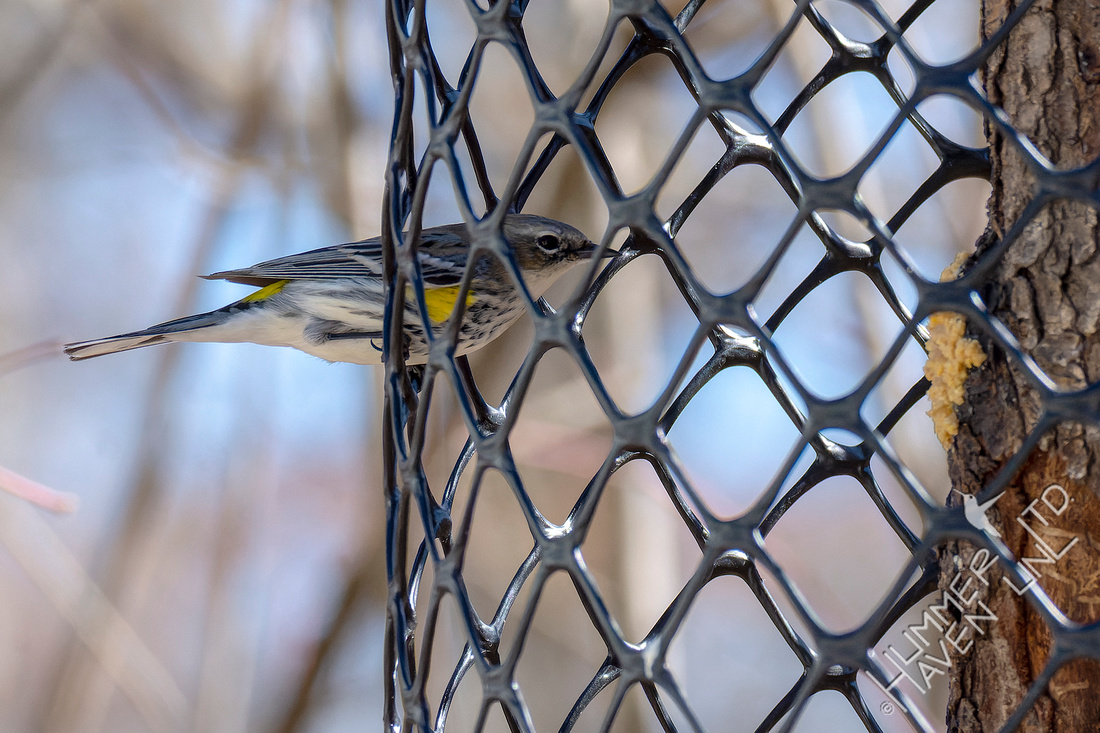 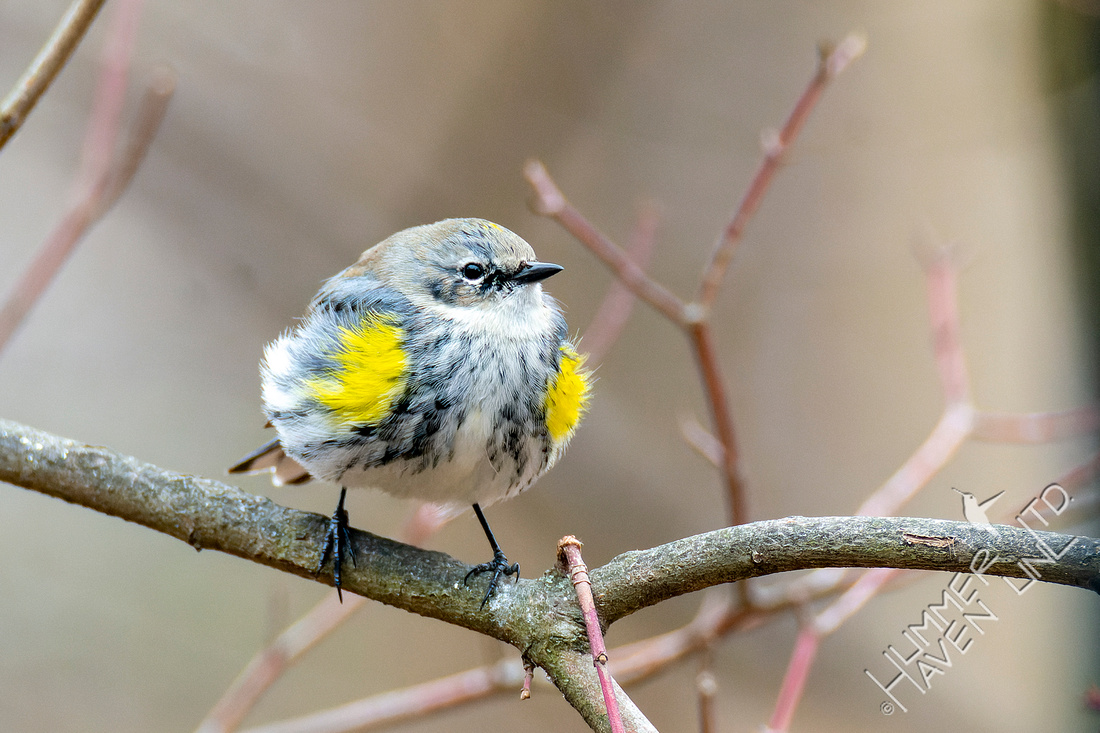 The Yellow-rumped Warbler was fly-catching the day it warmed up to 81 degrees! 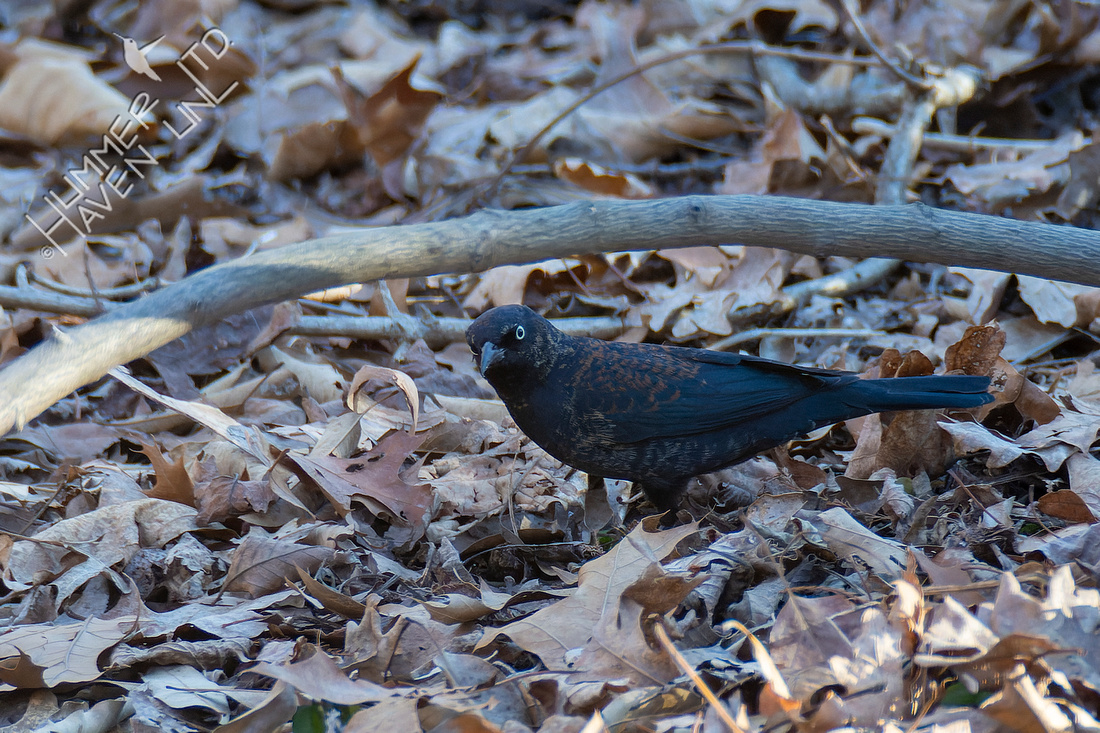 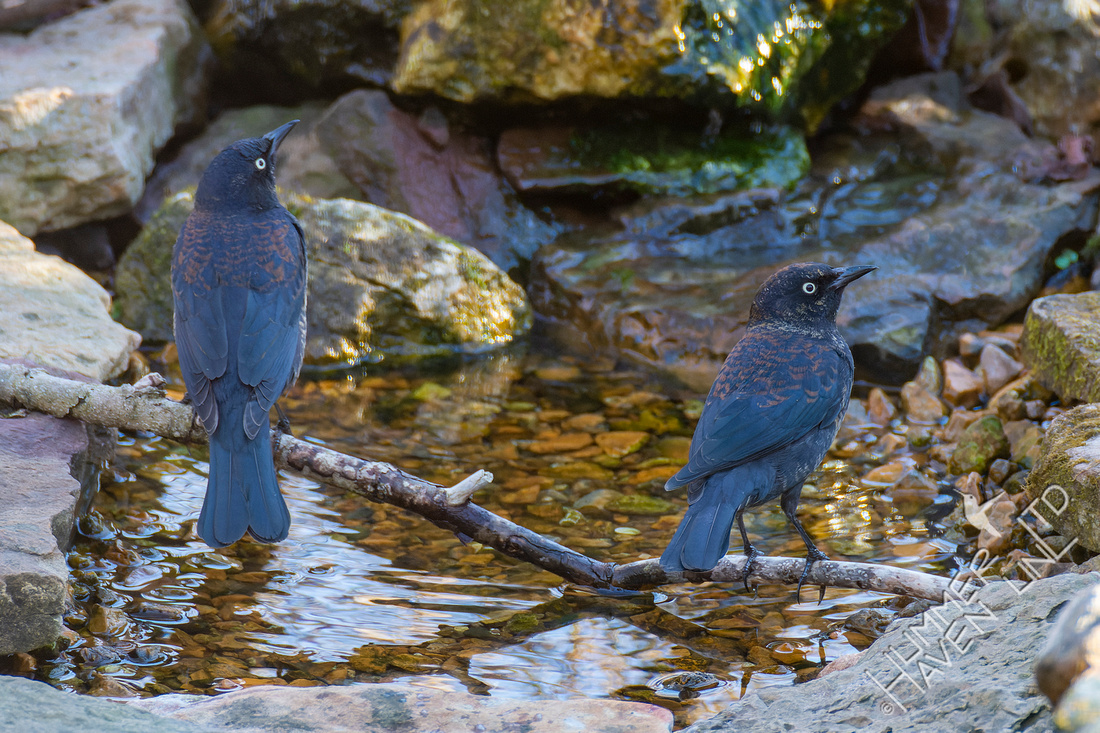 Rusty Blackbirds are coming in small flocks of a dozen or so at times. 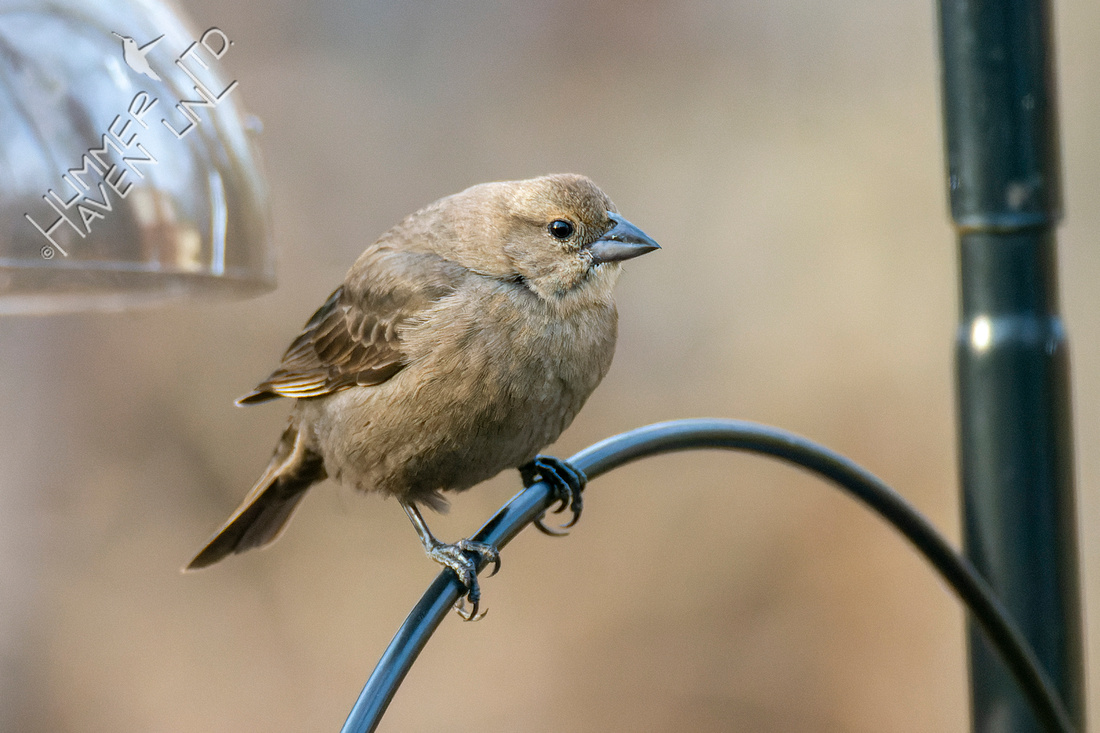 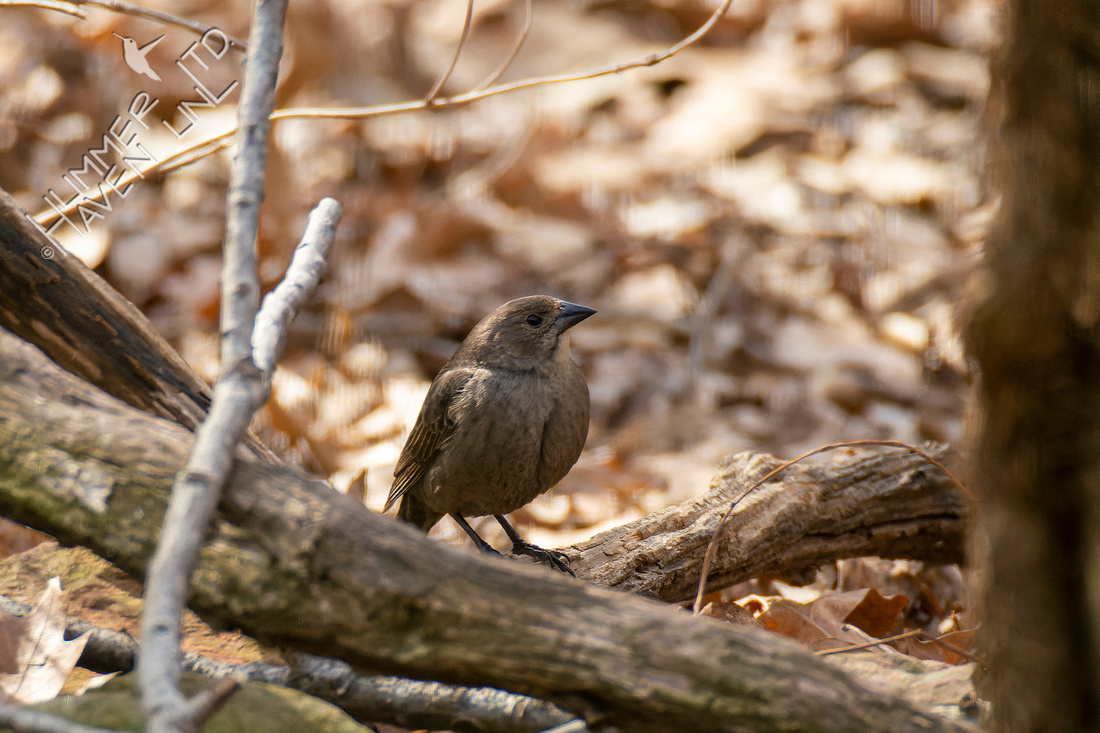 Two female Brown-headed Cowbirds came in a week after the males. 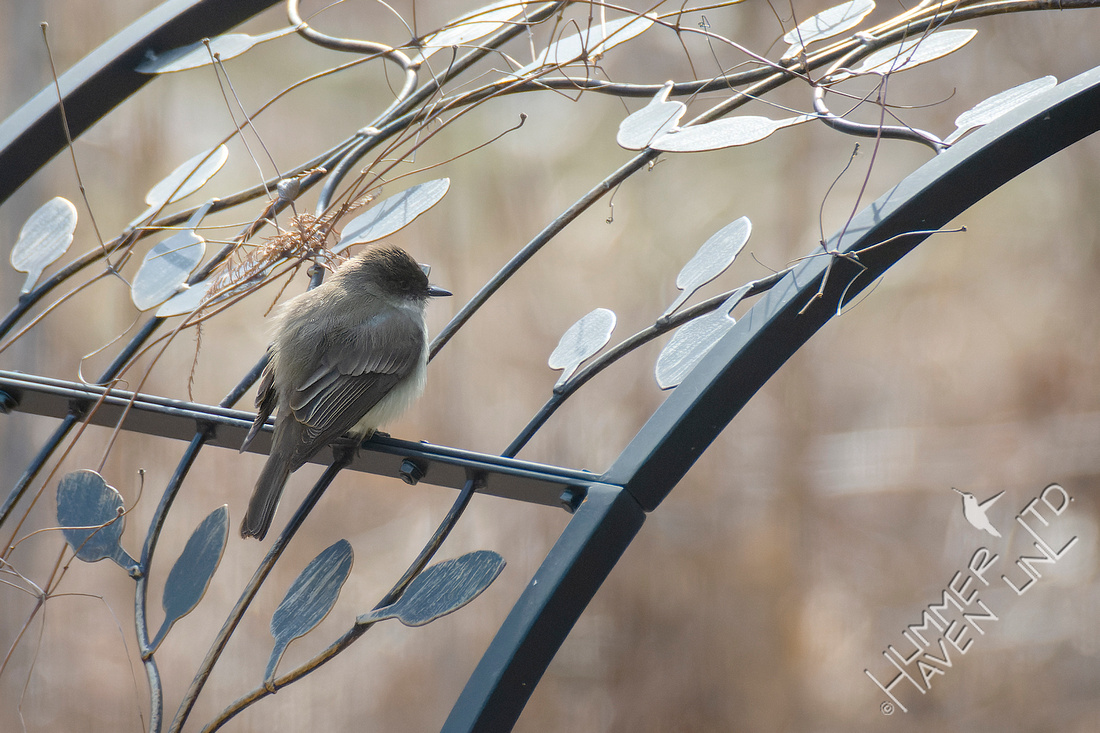 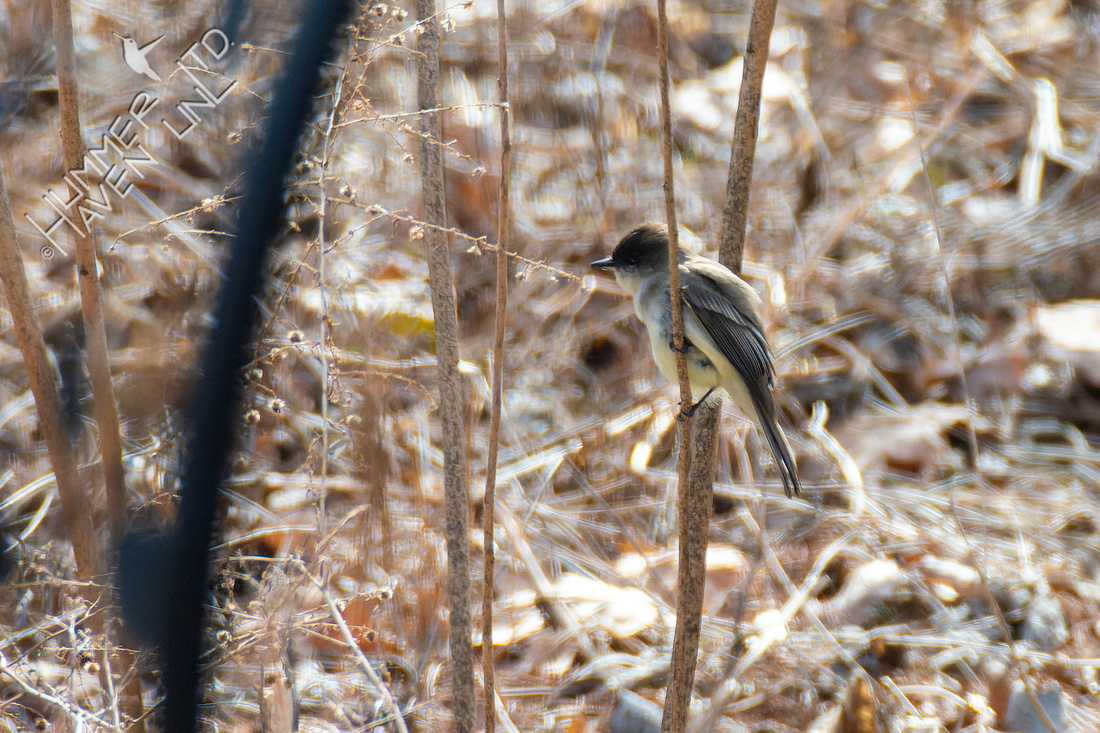 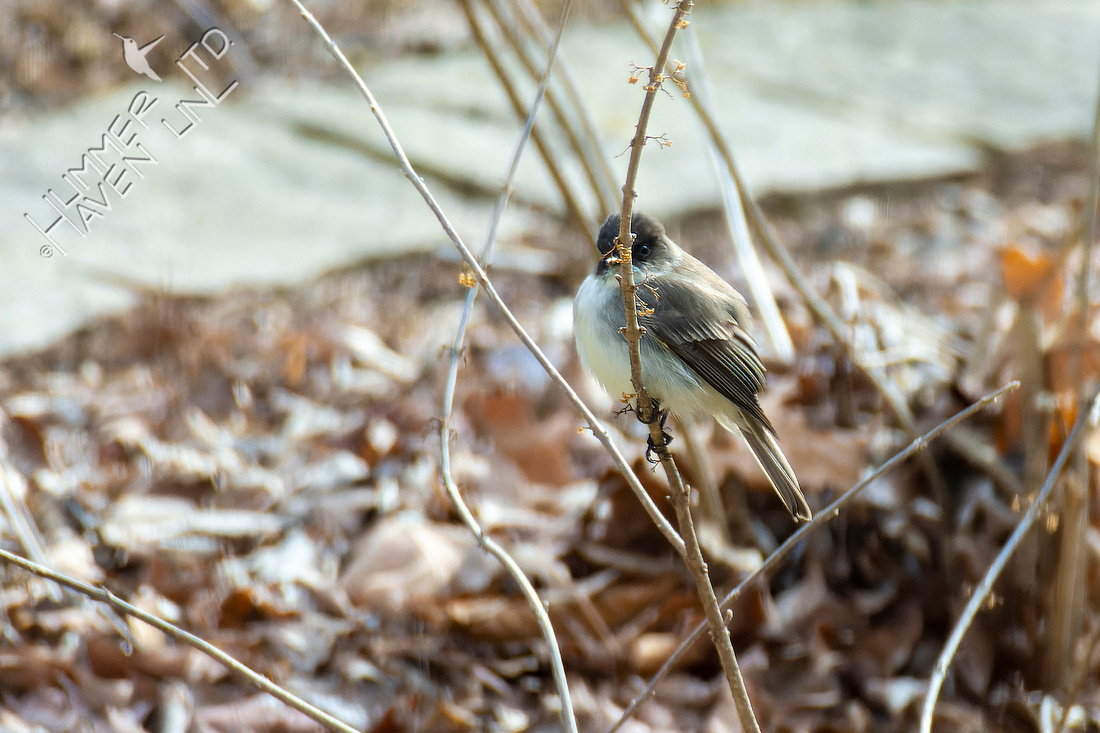 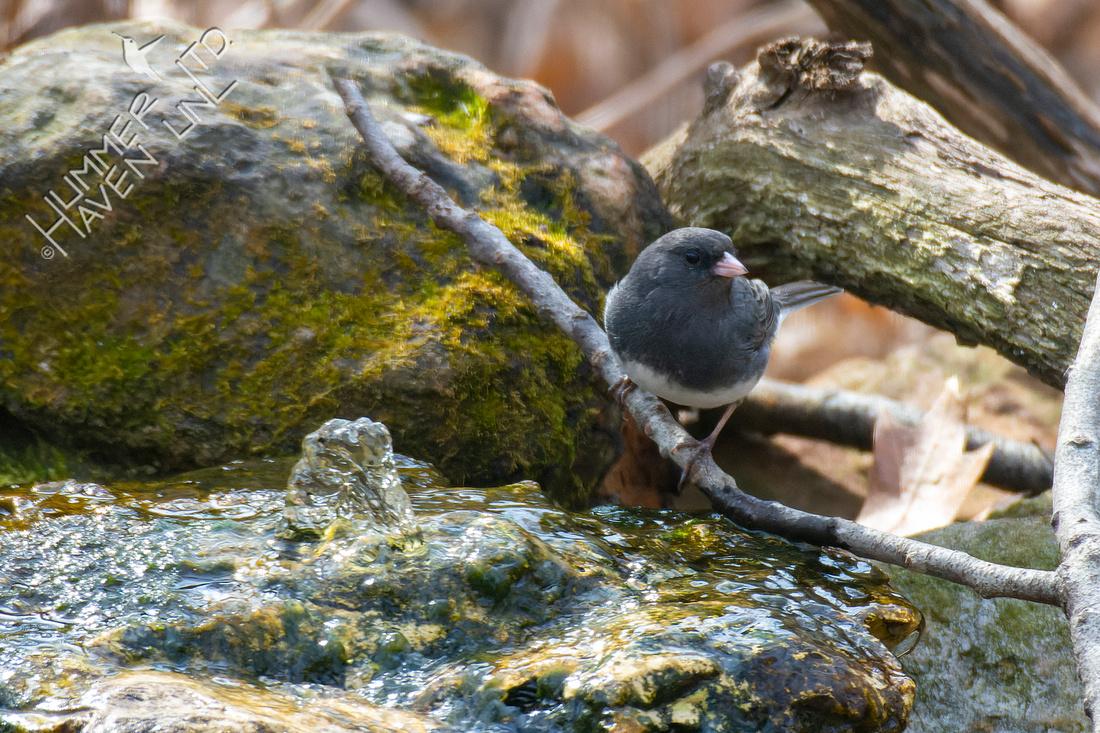 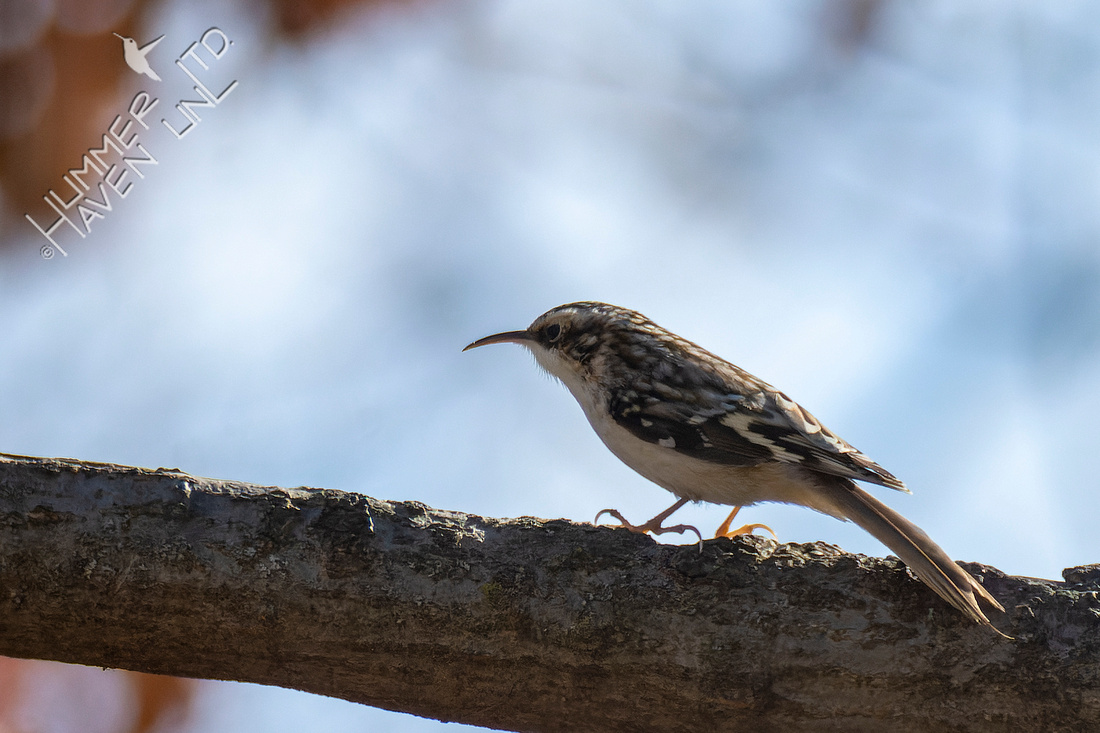 Dark-eyed Juncos and Brown Creepers will be around into April. 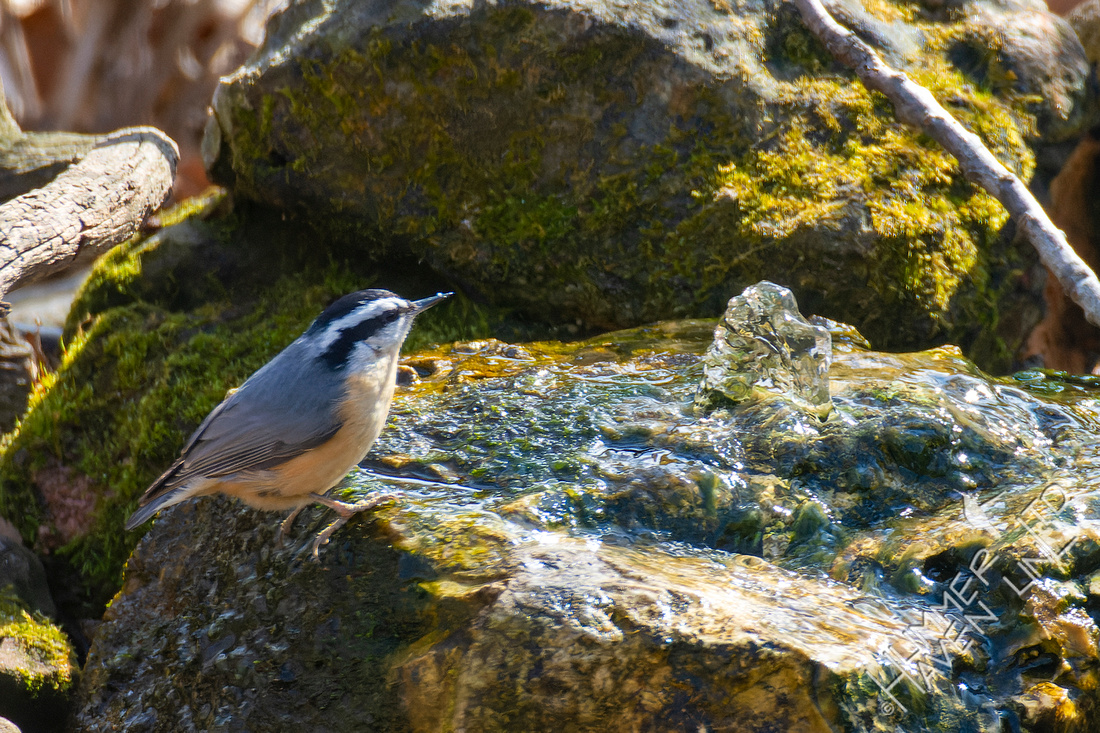 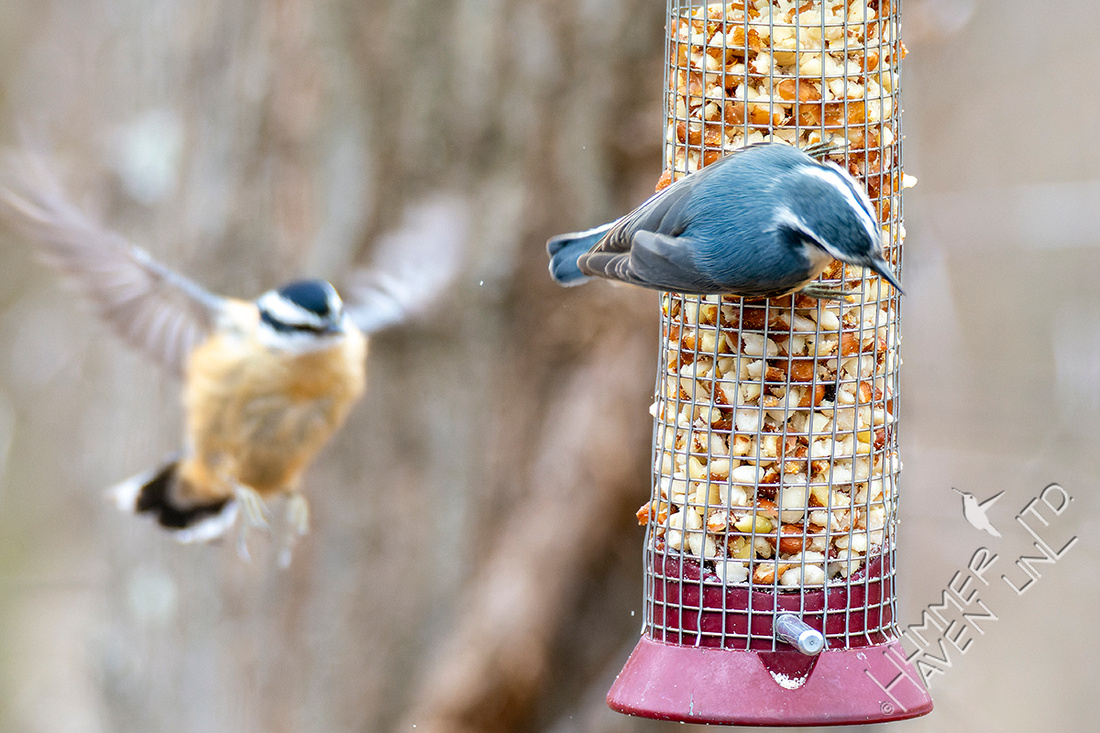 The lighter pair of Red-breasted Nuthatches are being seen every day, but I think the richer colored pair may have moved on with the strong southerly winds last week. 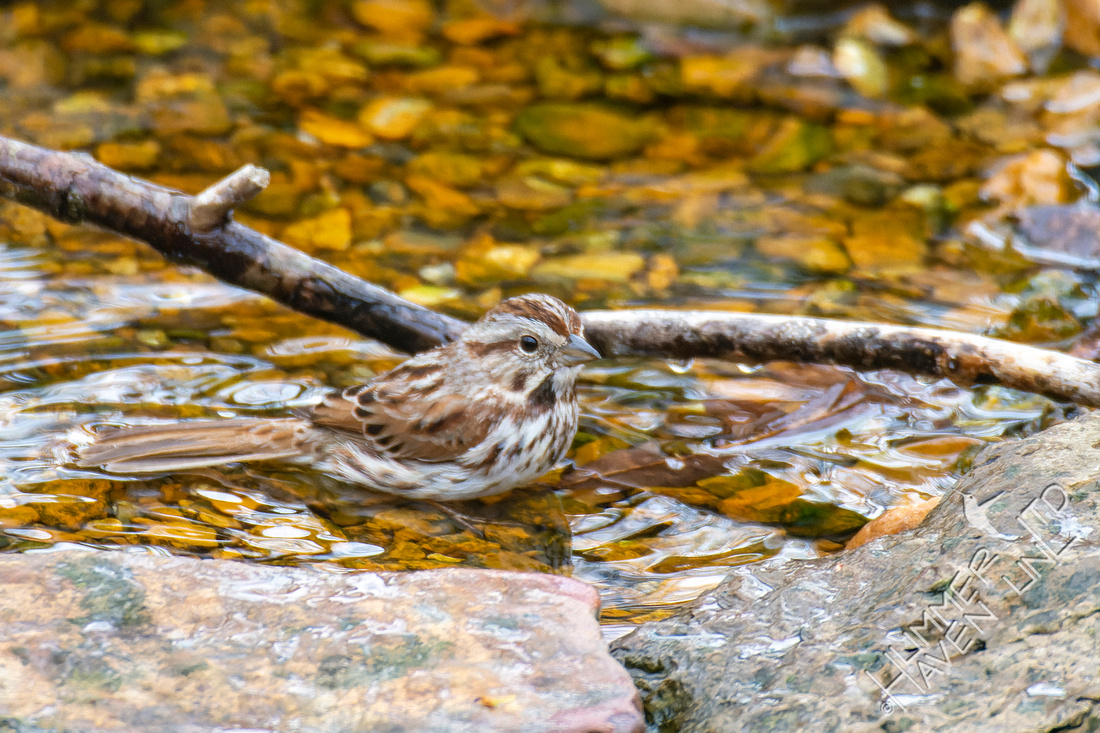 The male Song Sparrow has been singing a bit west of us now, but one of the pair came in to bathe. 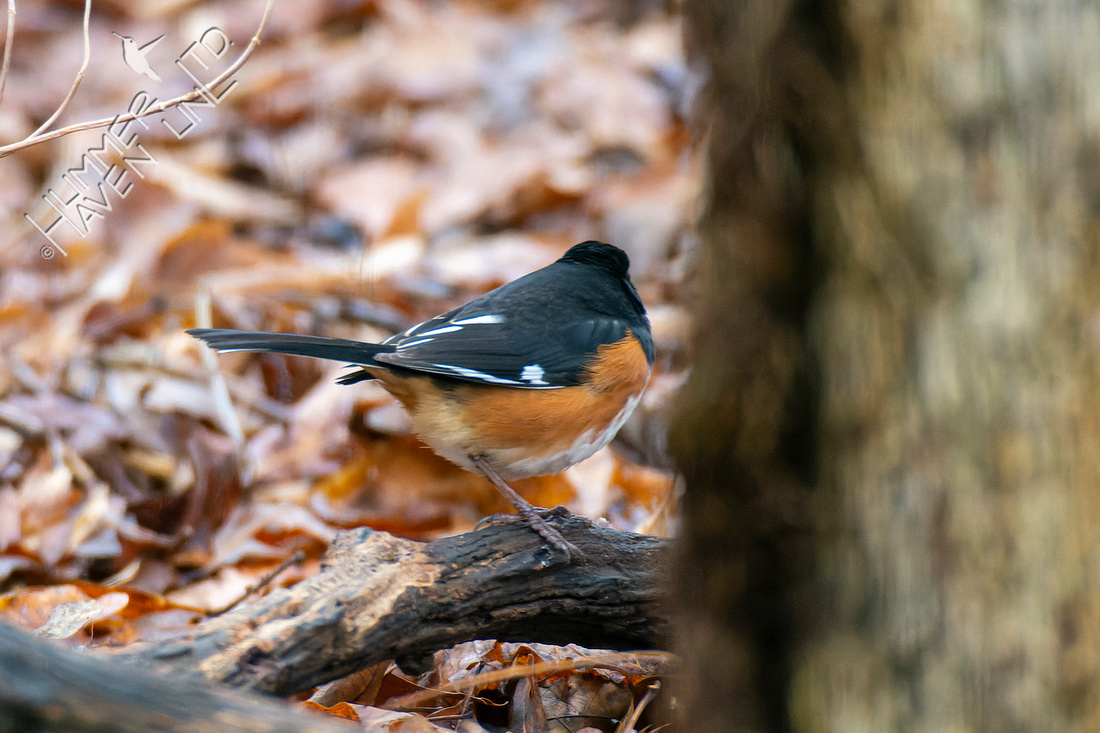 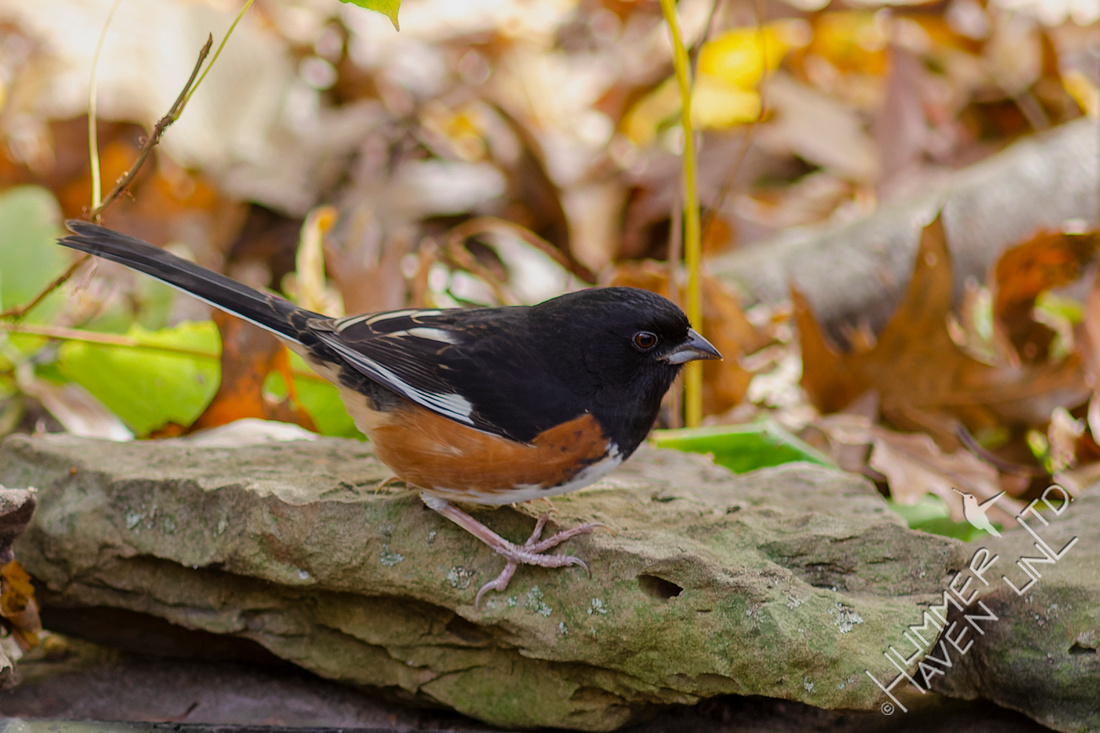 Another new bird for the year, #47 popped out of the leaves on 3-7-22. The Eastern Towhee is not a bird I can count on seeing every year, and this was not a soul-satisfying view! The first photo is all I managed before it disappeared. The second photo was taken on 10-26-15 when I got a full view of a male.

This morning, I was filling feeders and heard the sweet trill of #48, a Pine Warbler up in the pond cypress. Perhaps it will show us how beautiful it is! In the meantime, watch for green peeking through the snow...I'll be watching for more birds as they move through our space.