Collective nouns for groups of birds can be very descriptive, especially in migration!

It began with a "worm" of nearly 30 American Robins, flying into cover in the woods. Small birds seemed to pop out on branches in every level of the canopy, partially hidden by the fully grown leaves. It was a mini-fallout of migrants on Tuesday, 8-31-21 right about 10:30 a.m. They all had "the hangries!" 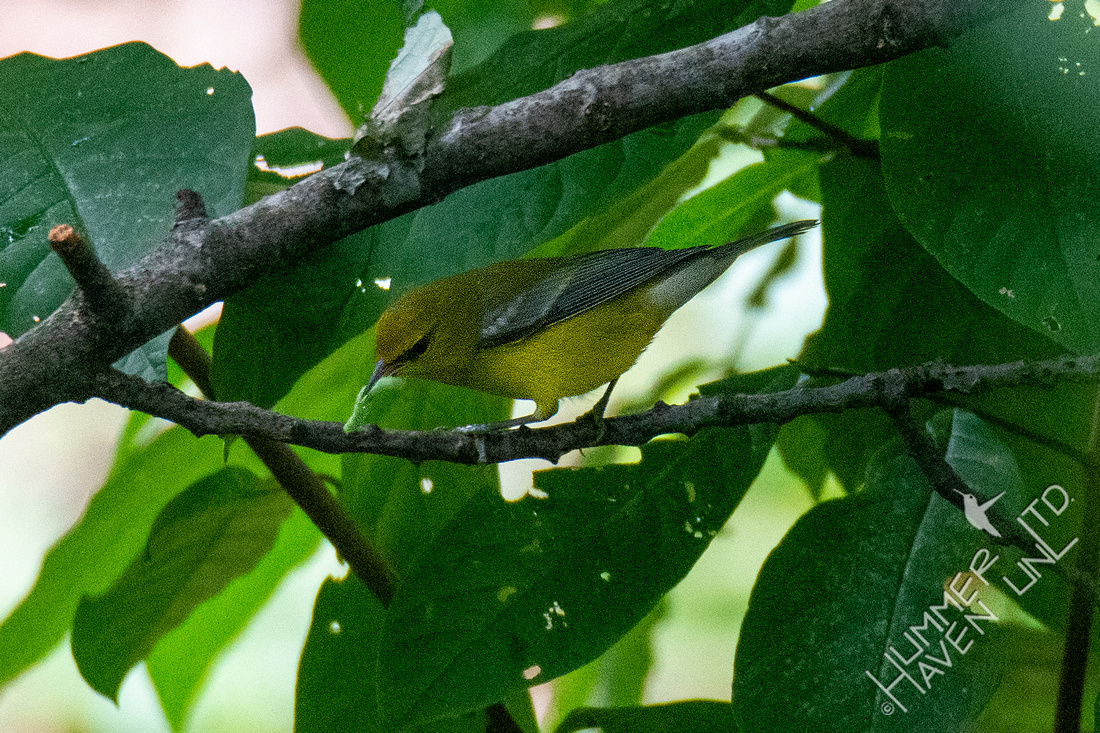 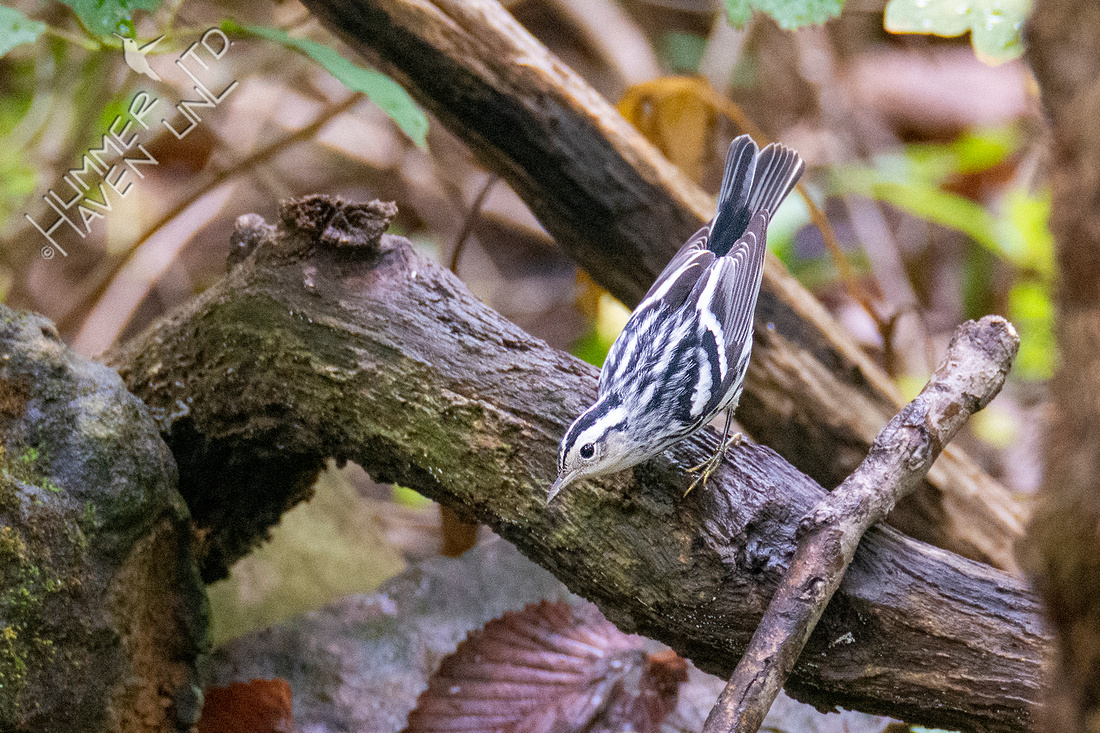 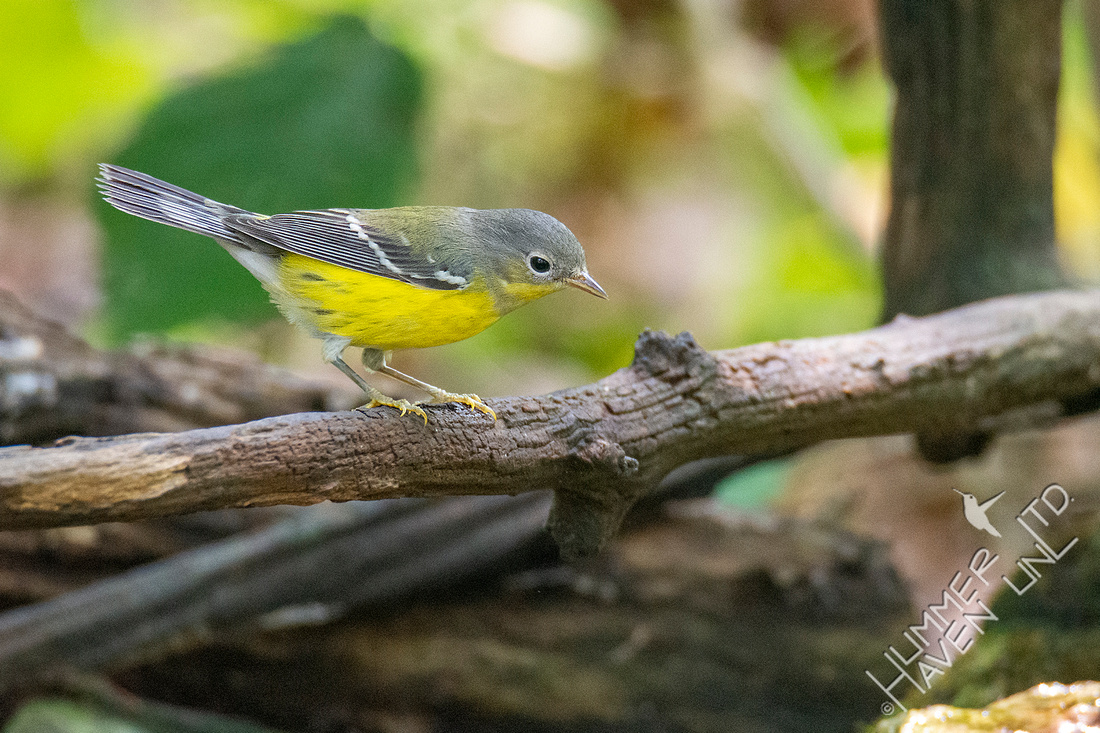 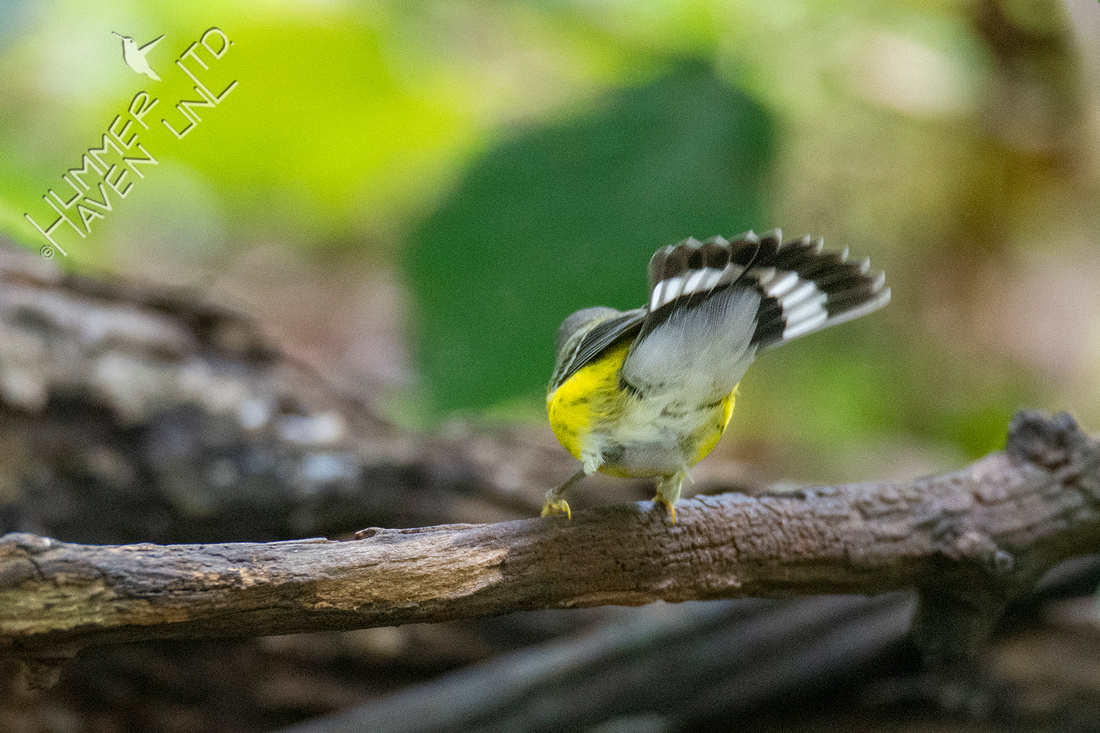 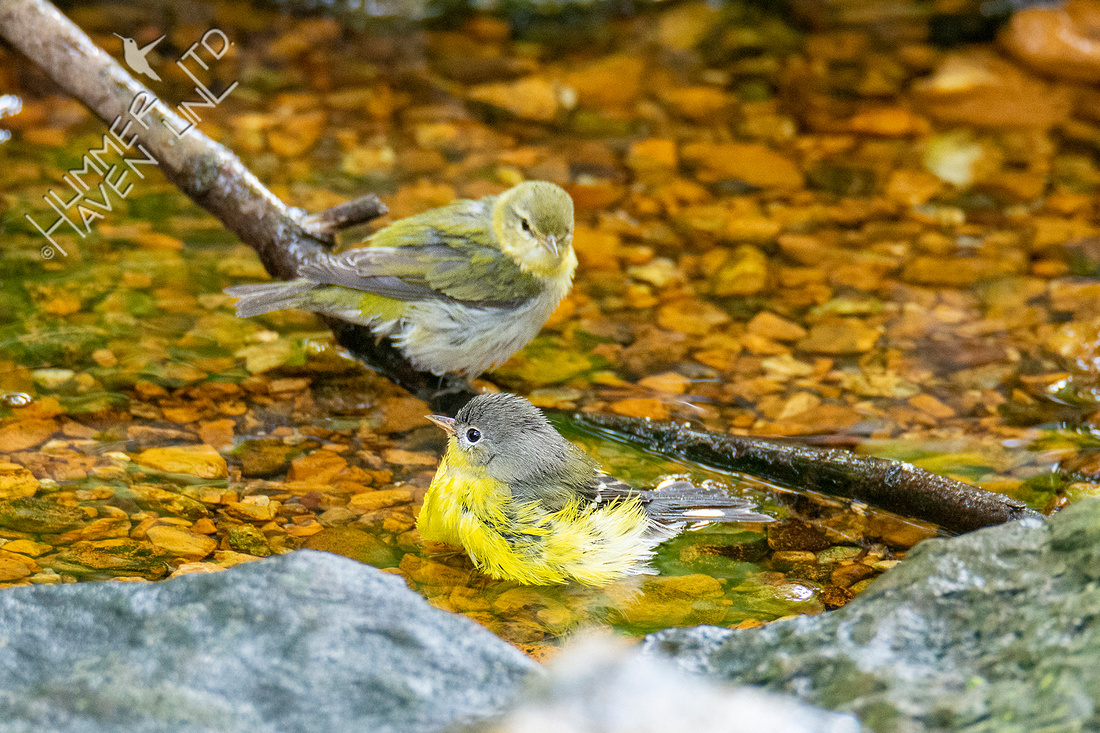 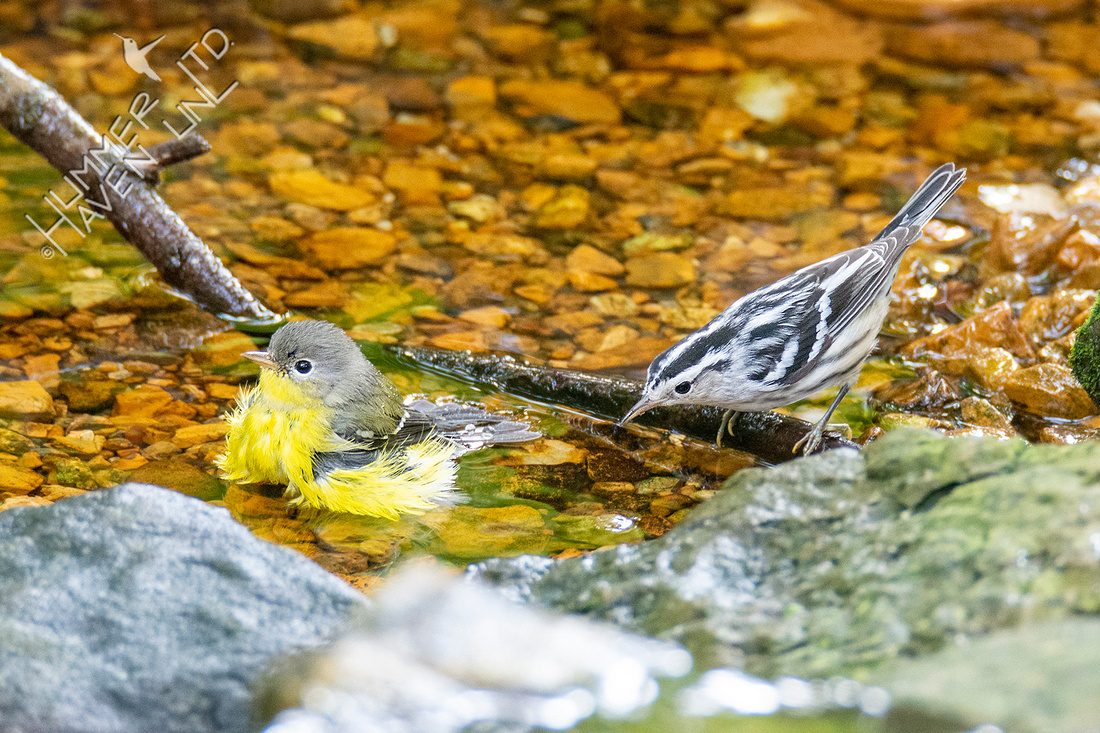 The "confusion" of warblers was soon revealed. A Blue-winged Warbler grabbed a caterpillar from a pawpaw leaf (Asimina triloba). As their hunger subsided a bit, the birds came to the bubbler. Black-and-white, Magnolia, and Tennessee vied for the choicest spot to bathe. 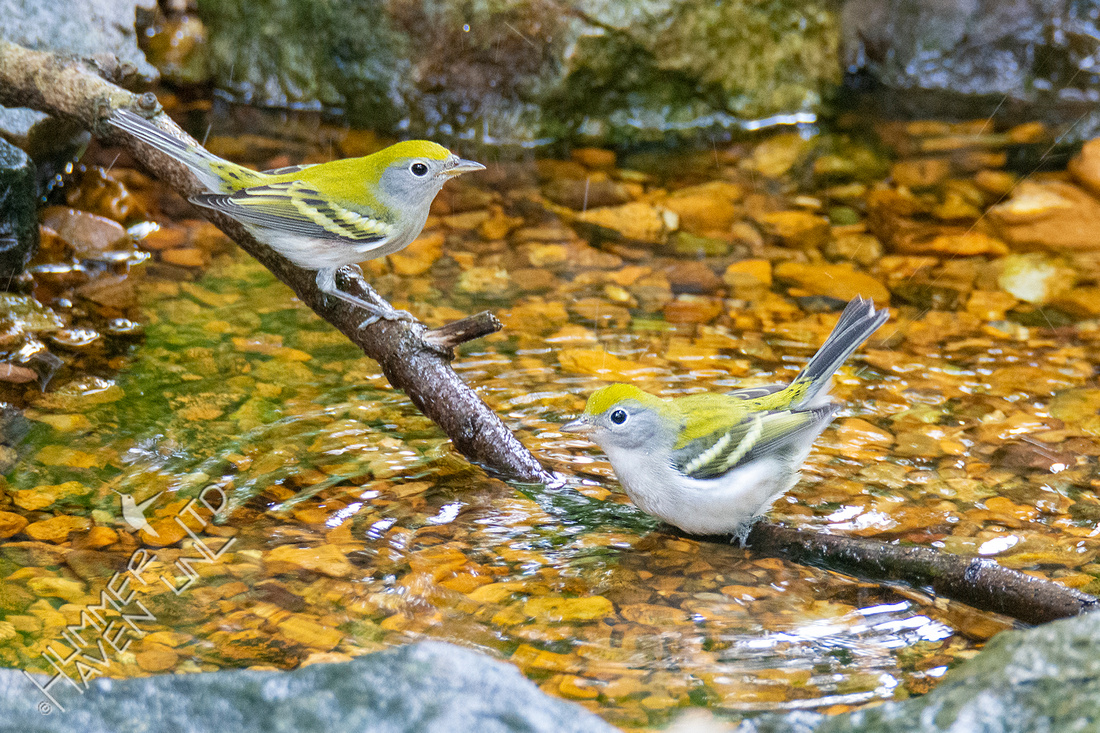 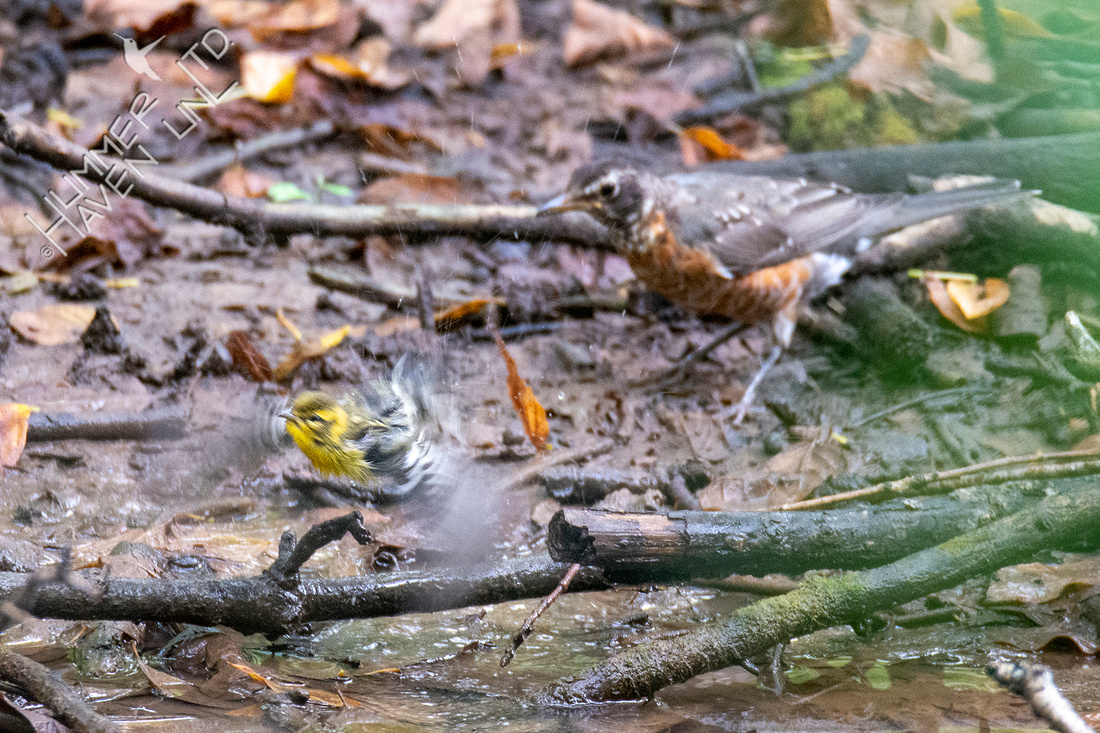 A pair of Chestnut-sided Warblers got in while birds were also seen at the sump puddle. Robins were there looking for food under the wet leaves and one chased a Blackburnian Warbler out of its way. 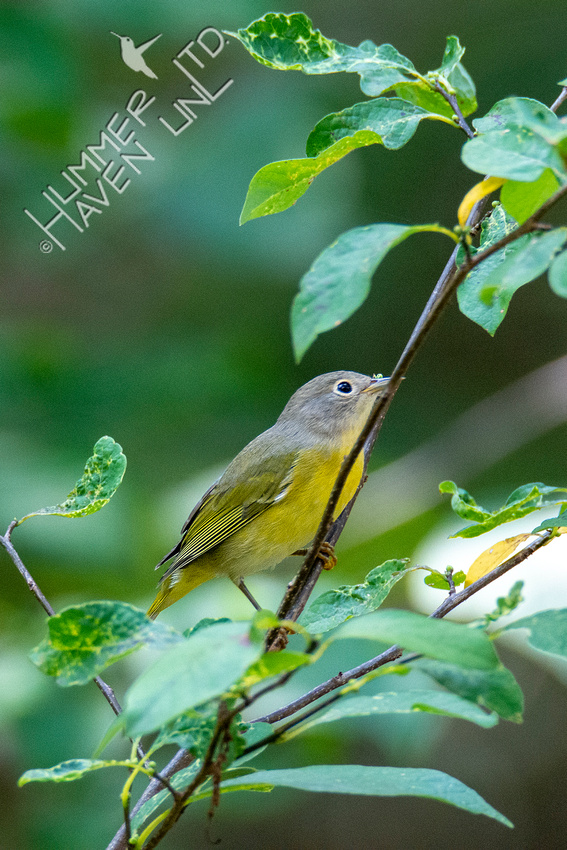 A Nashville Warbler was grabbing insects off of Spicebush (Lindera benzoin). 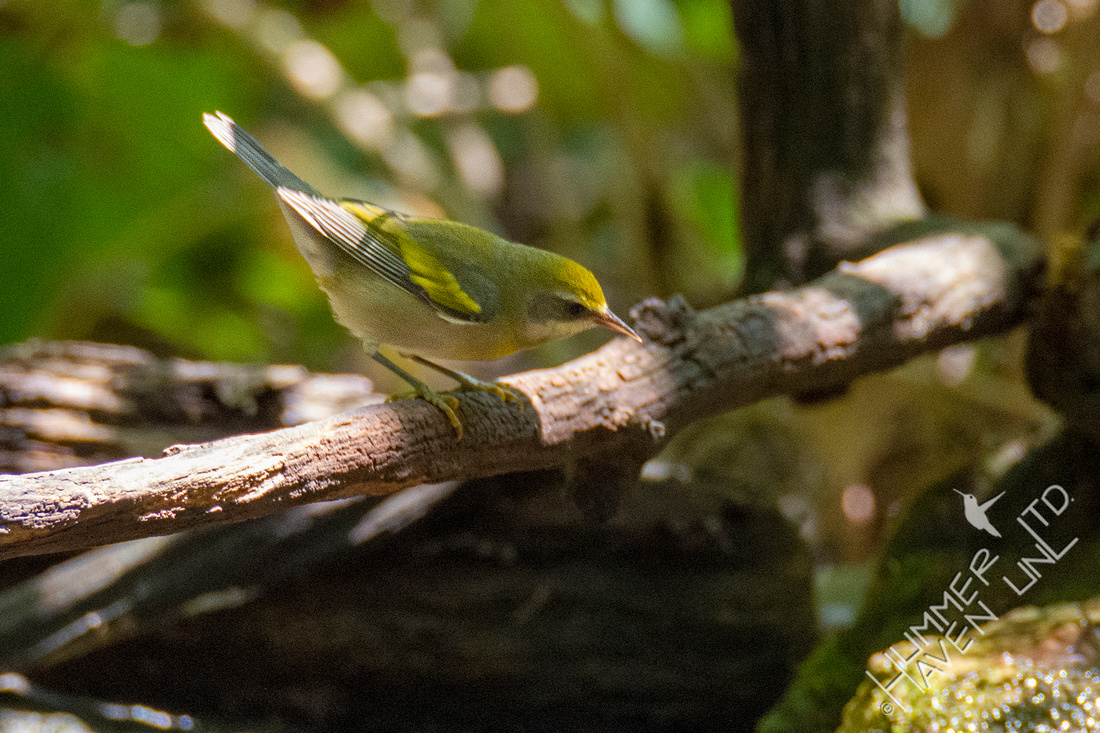 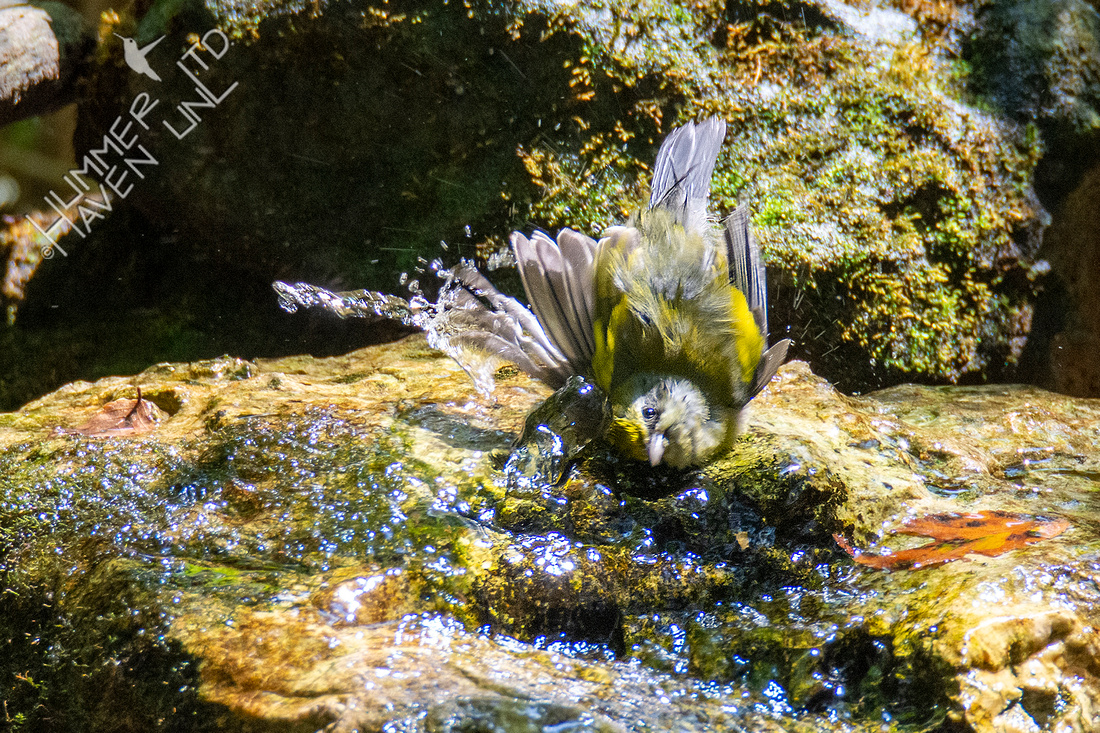 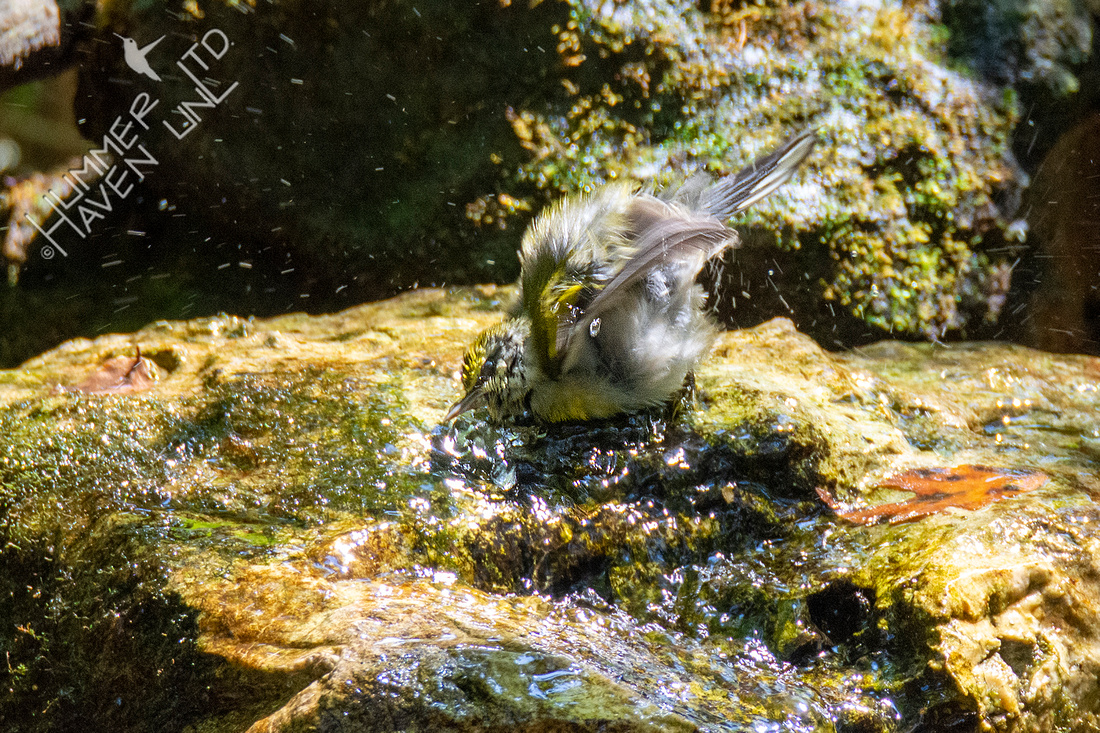 A female Golden-winged Warbler was very interested in the small bubbler rock in the basin. The contortions it went through to bathe were impressive! 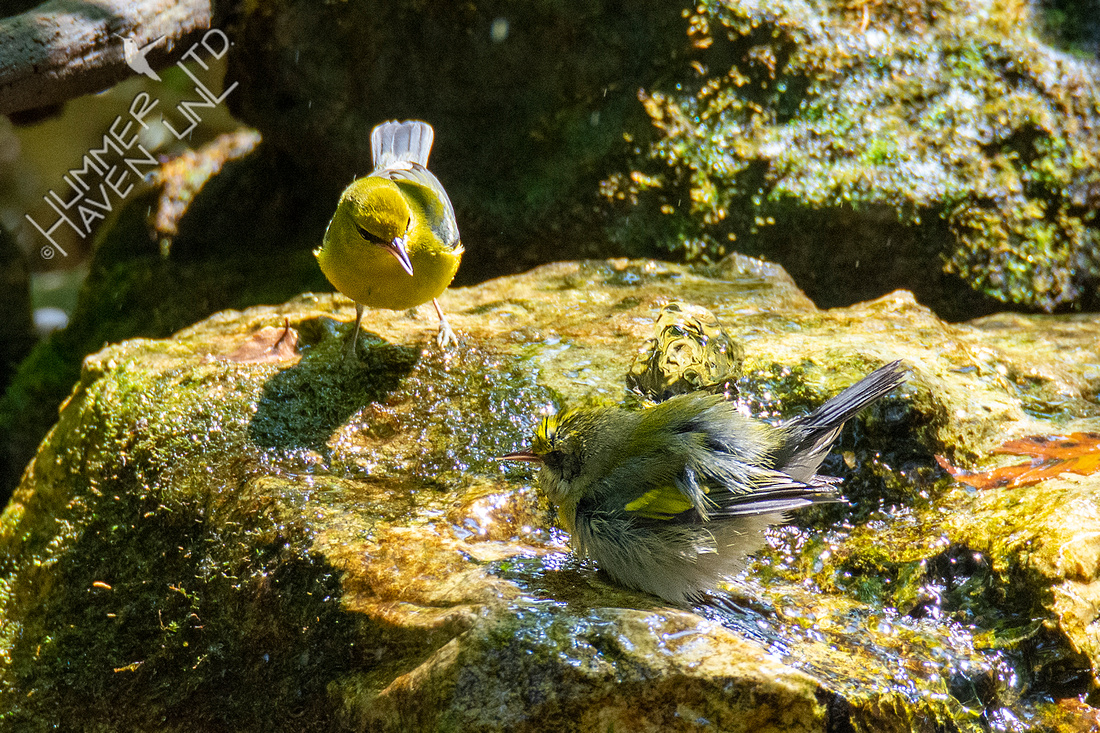 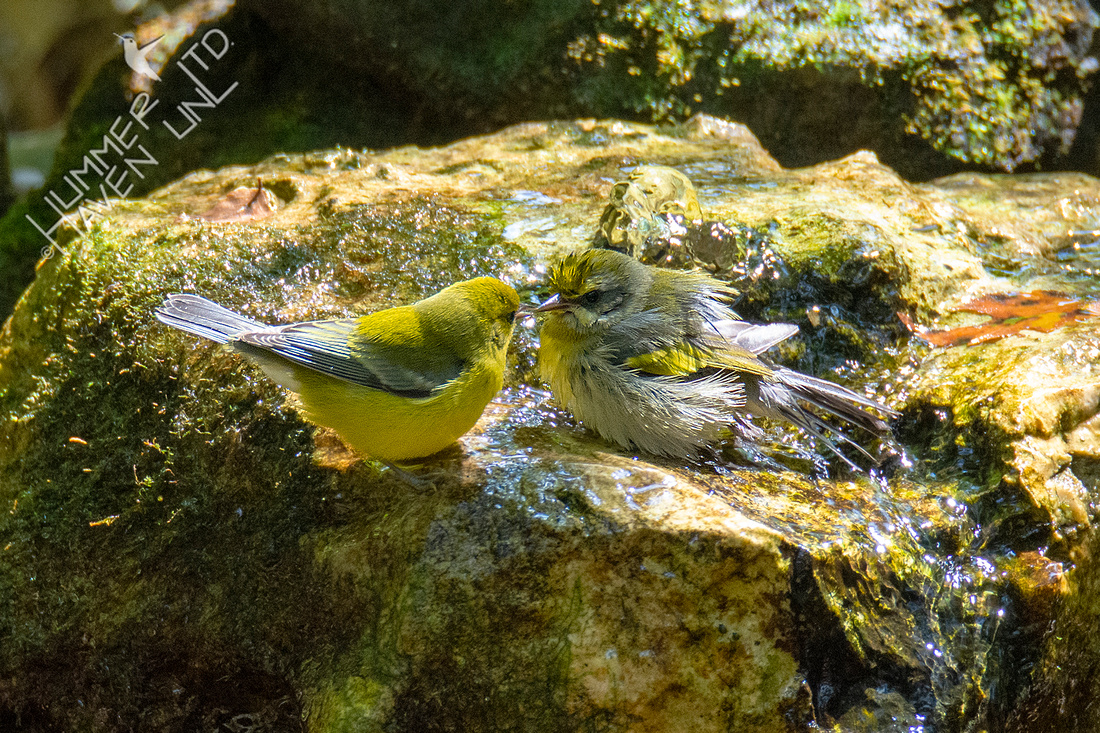 The Blue-winged Warbler just had to get in on this action. It's so tempting to put words in their little mouths, but I'll leave it to your imagination! 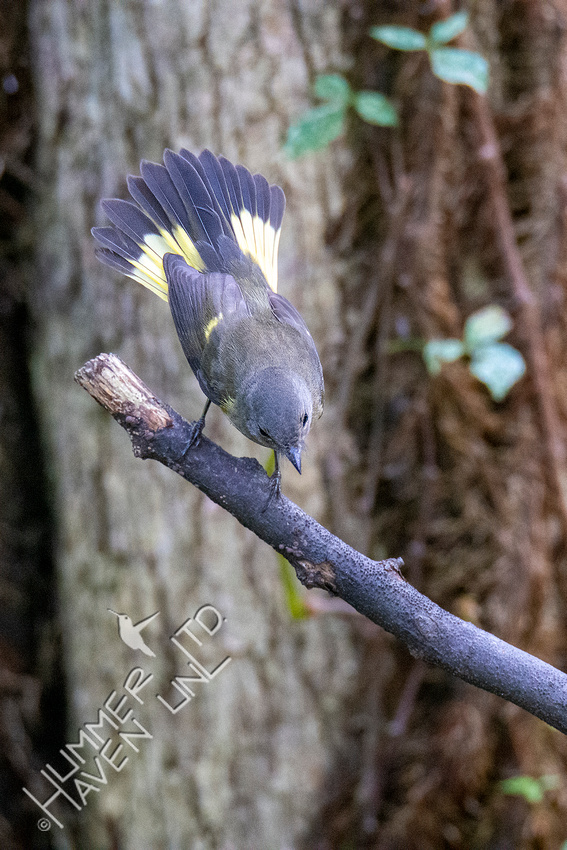 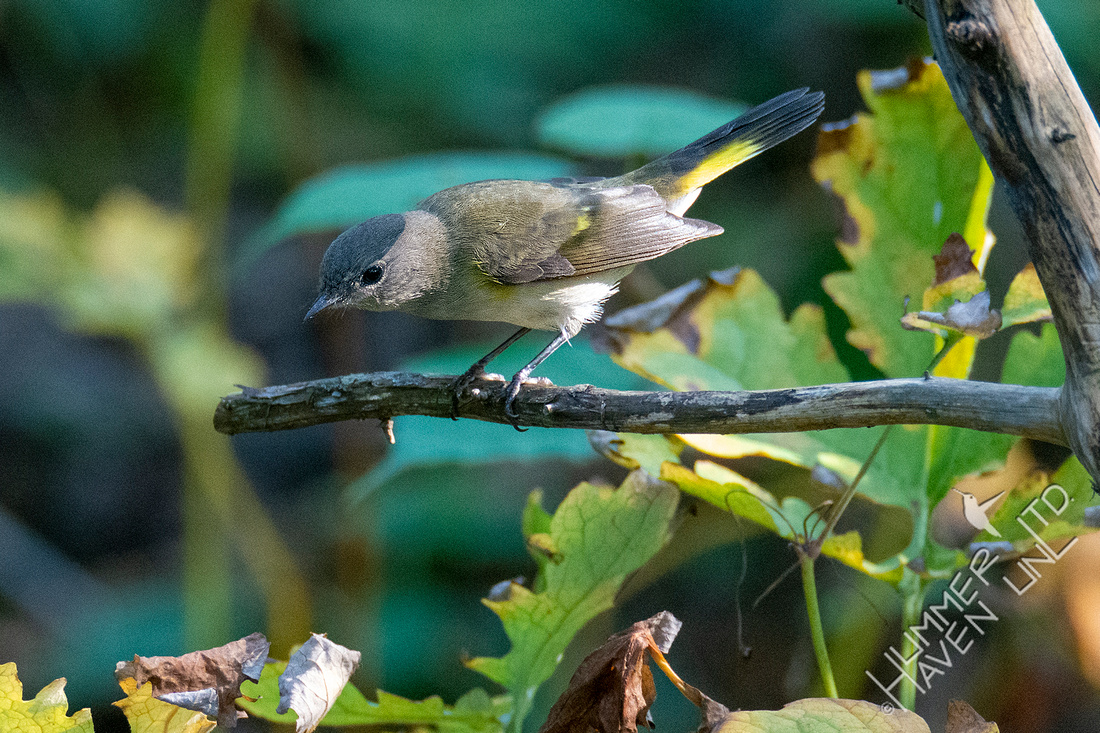 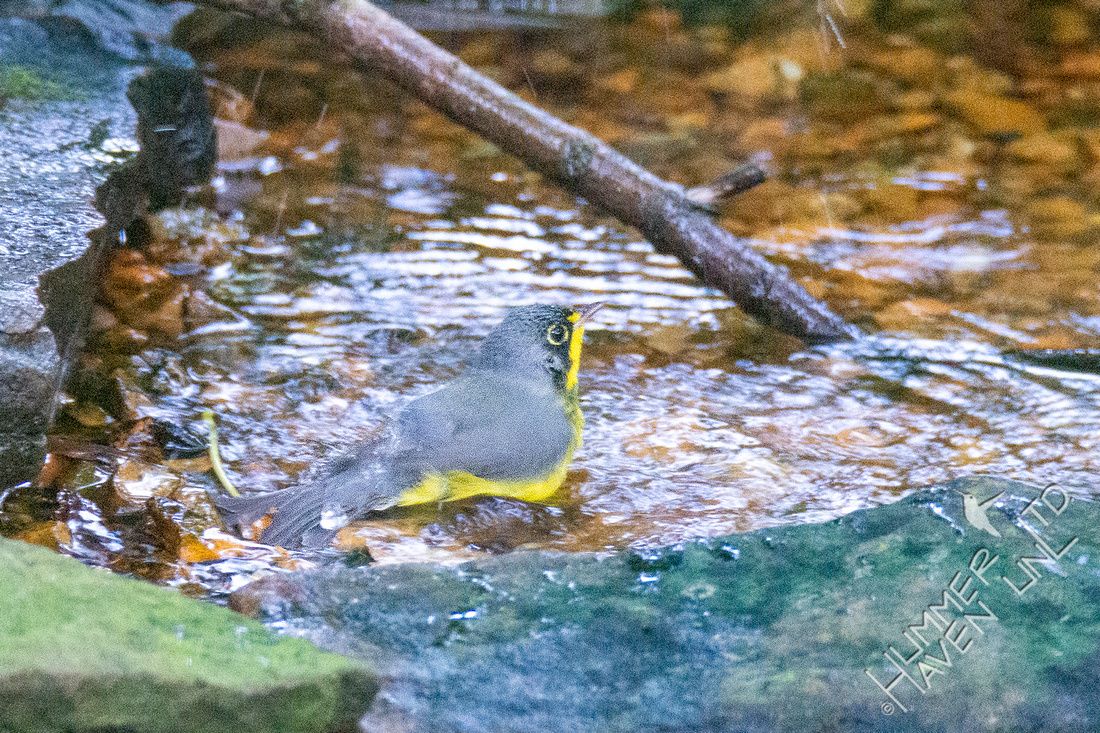 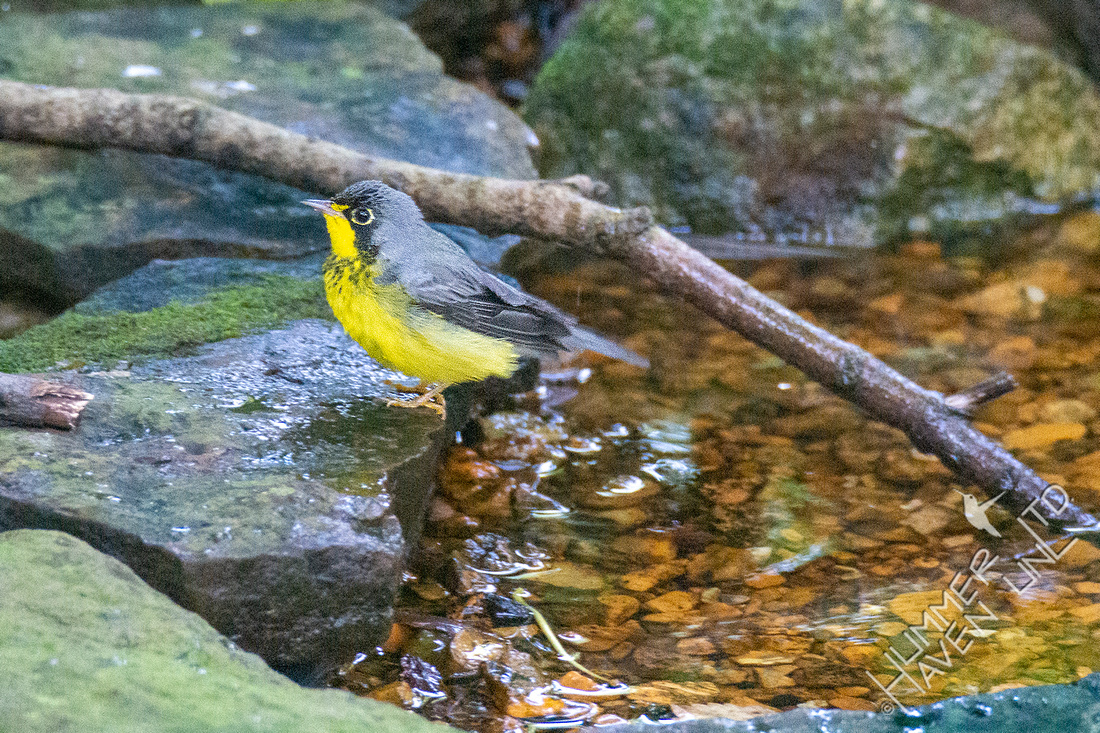 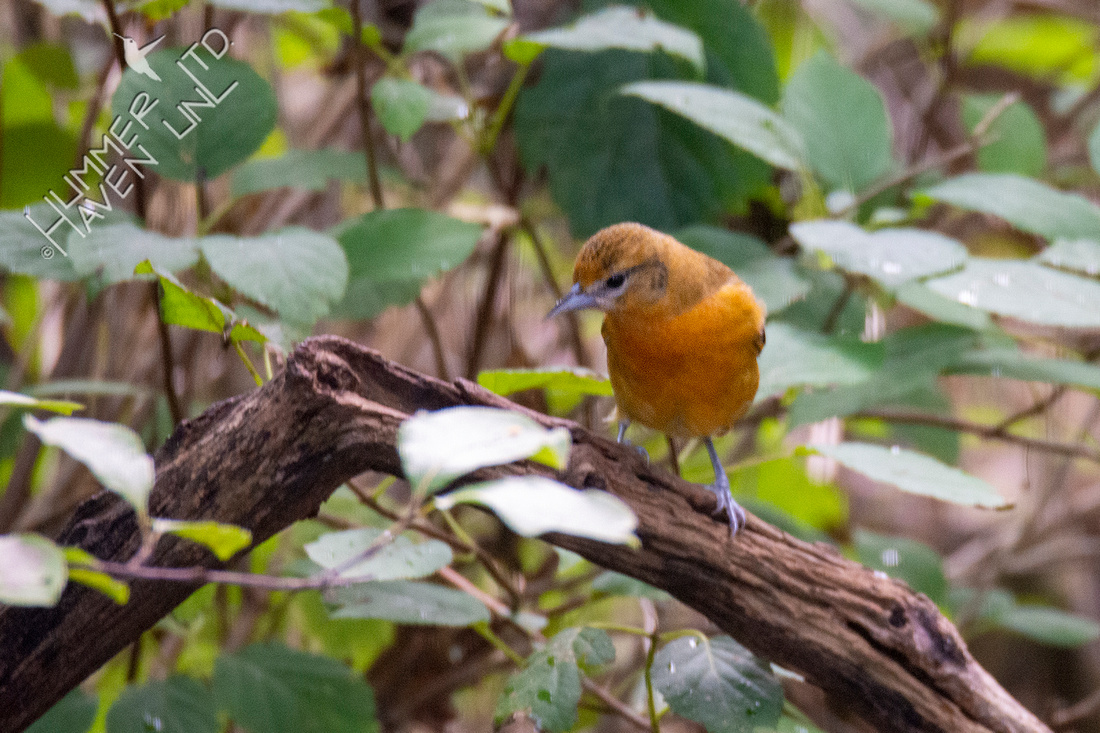 That day ended with ten warbler species, including an American Redstart and a Canada Warbler. The Canada brought the Bubbler Bird count to 83 for the year. Another interesting bird that came in was an immature Baltimore Oriole. Wish the robins hadn't chased it off so I could have gotten a better image! What a beautiful, bright russet color it was. 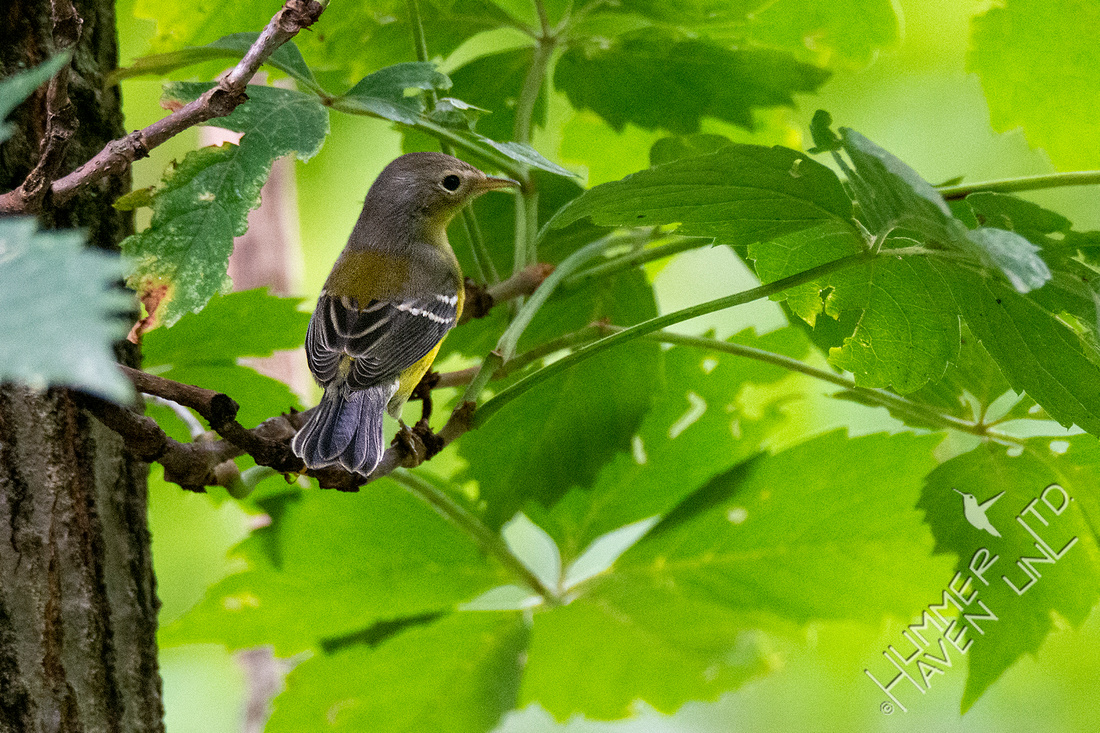 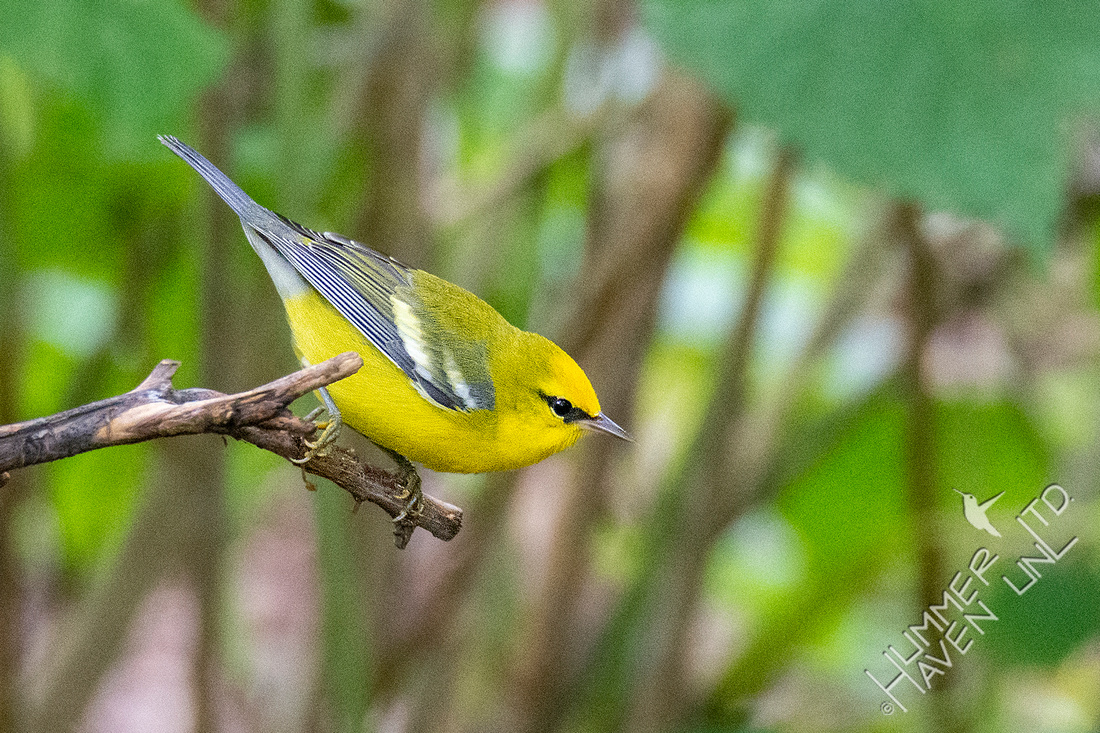 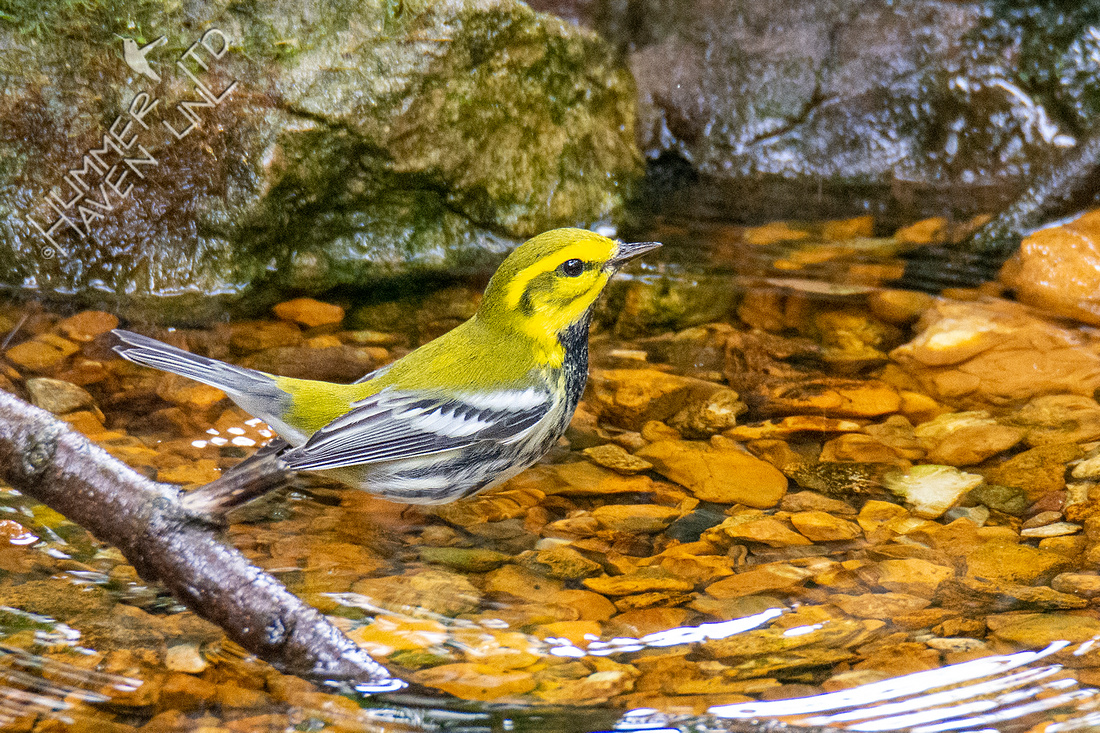 September began with four warbler species on the first. Black-and-white, Magnolias and Blue-winged Warblers were still here. A Black-throated Green Warbler was another FOS (first of season) bird. 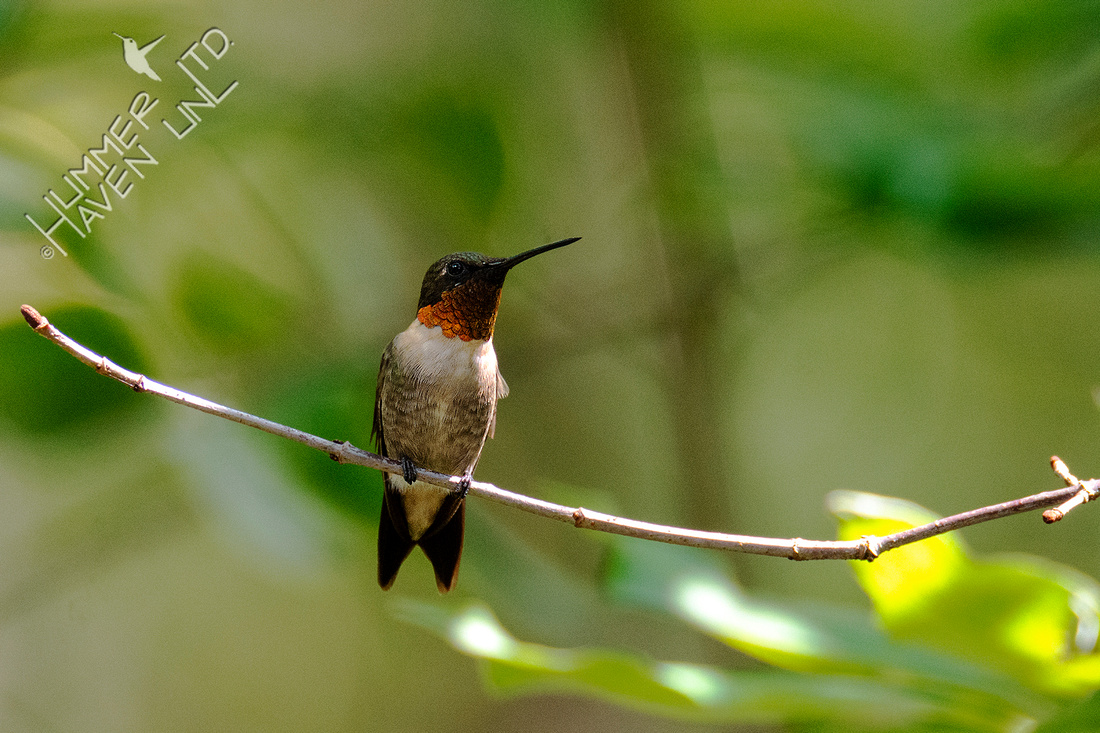 One cannot speak of migration without some mention of the "glittering" of hummingbirds we've all been seeing! Keep those feeders clean and filled. They need the energy to catch tiny insects and put on some weight. 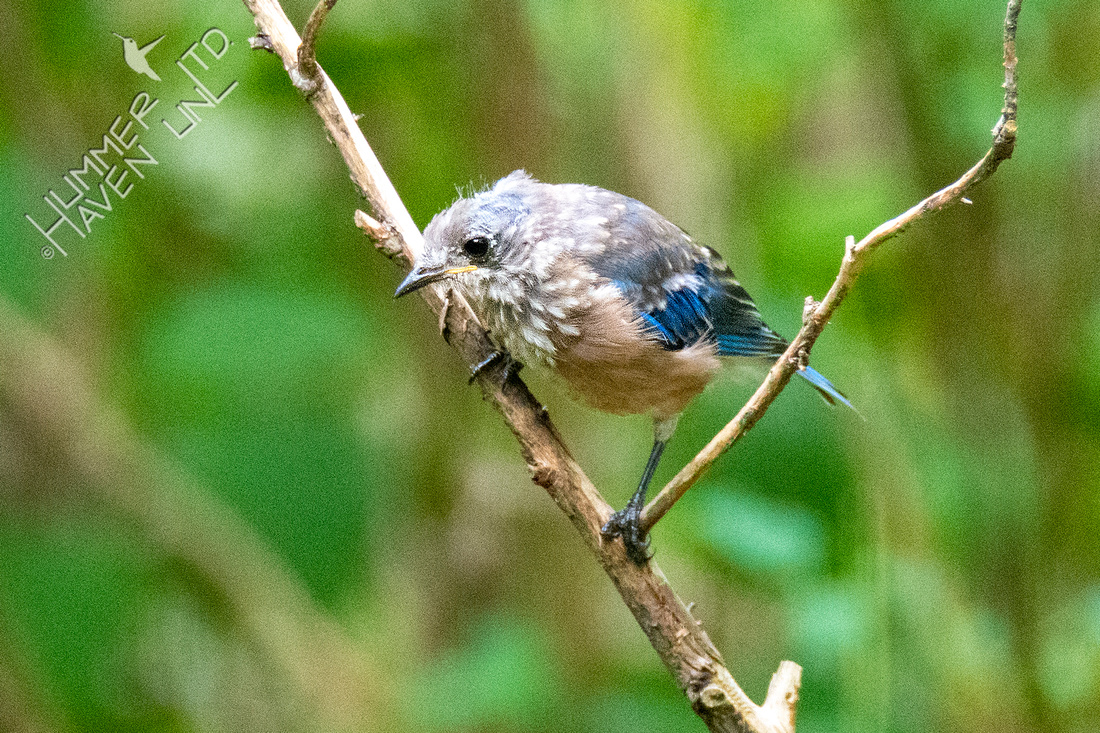 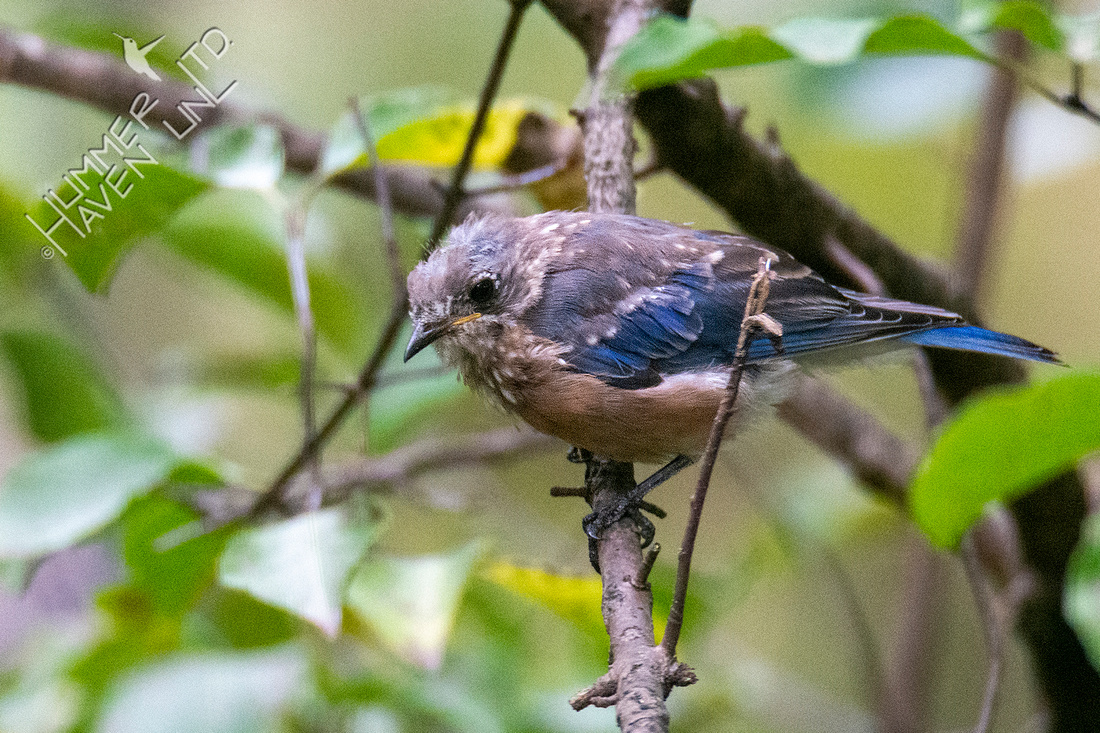 Last but certainly not least, a scruffy, immature Eastern Bluebird had been feeding in the canopy and came to check out the Bubbler yesterday morning. We're glad to know that our restored habitat is supporting this species. Many bluebirds were lost in that last hard freeze in April throughout Missouri. I had seen two young birds in late July, so this bird may be from a second brood, its yellow gape is still visible.