Barred Owls in the 'hood 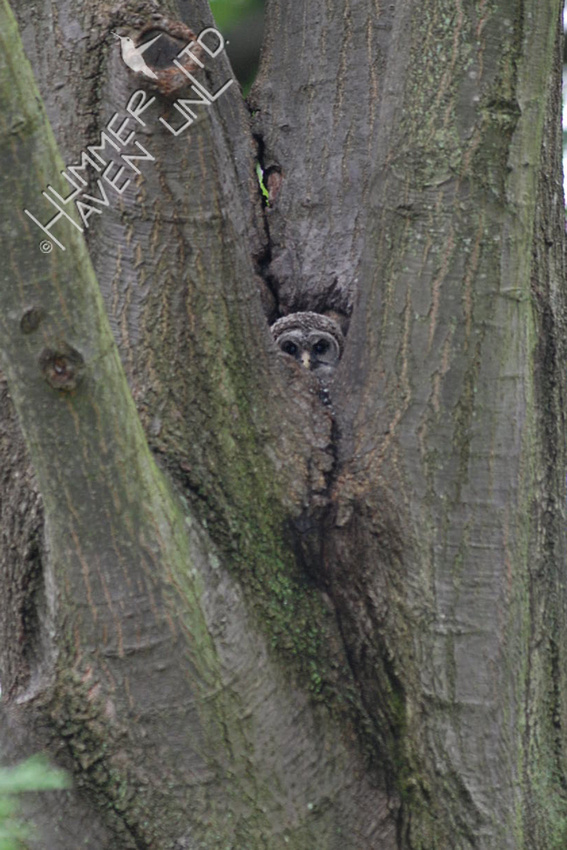 The first time we found nesting Barred Owls was in the spring of 2010. This species doesn't build a nest, but will use tree cavities or old hawk or squirrel nests. We had seen a pair actively guarding the crotch of a pin oak tree, chasing squirrels away. On 5-16-10, a young nestling was seen peeking out of the hole. 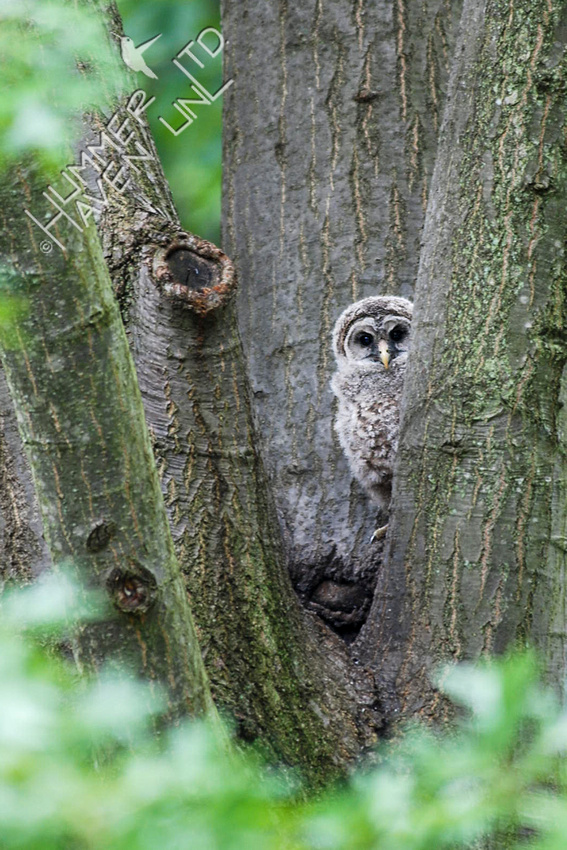 The following day, the young bird climbed up out of the cavity for a better view of the new world it was about to enter. 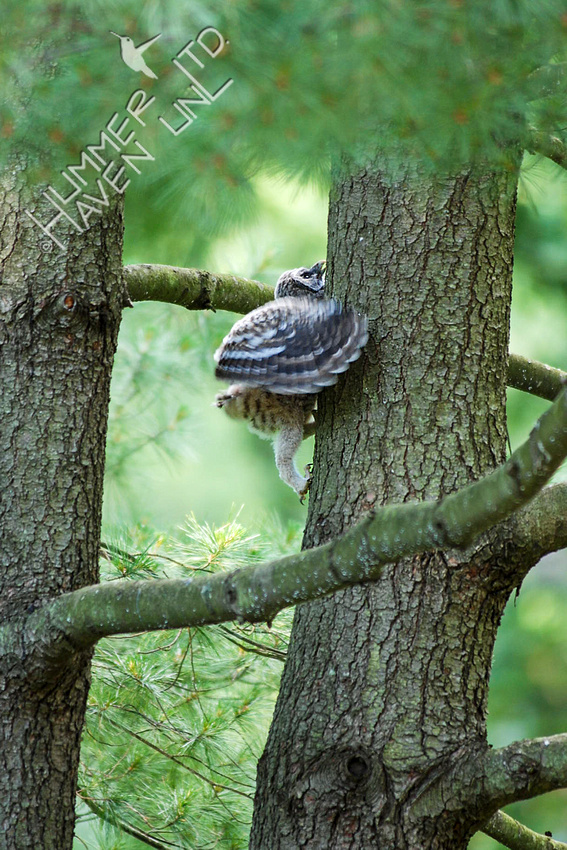 On 5-18-10, it was time to spread its wings! It would attempt to fly, then ascend another tree by using its bill and talons to grab onto the bark and flap its wings to climb up the trunk. It was quite a memorable evening as we watched this young bird explore the trees. 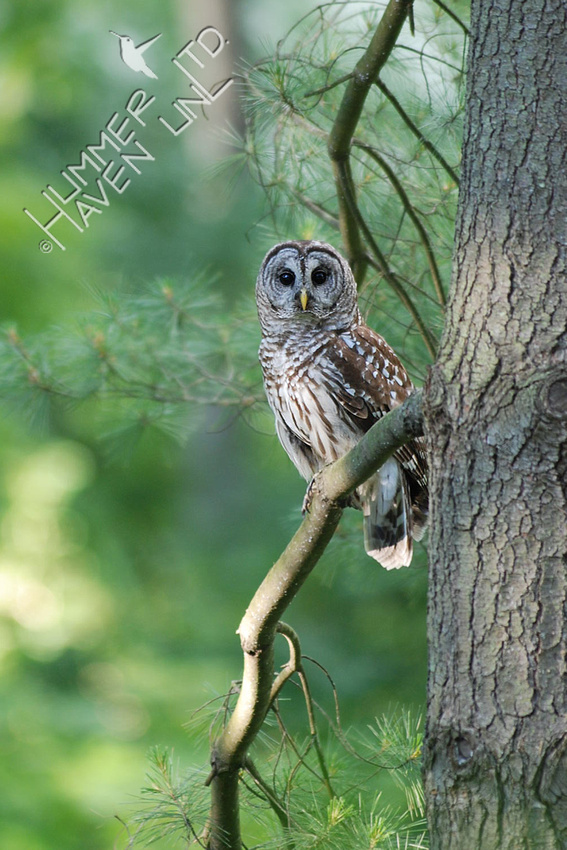 The ever watchful female was close by, guarding its offspring. Jump ahead eleven years to this week. 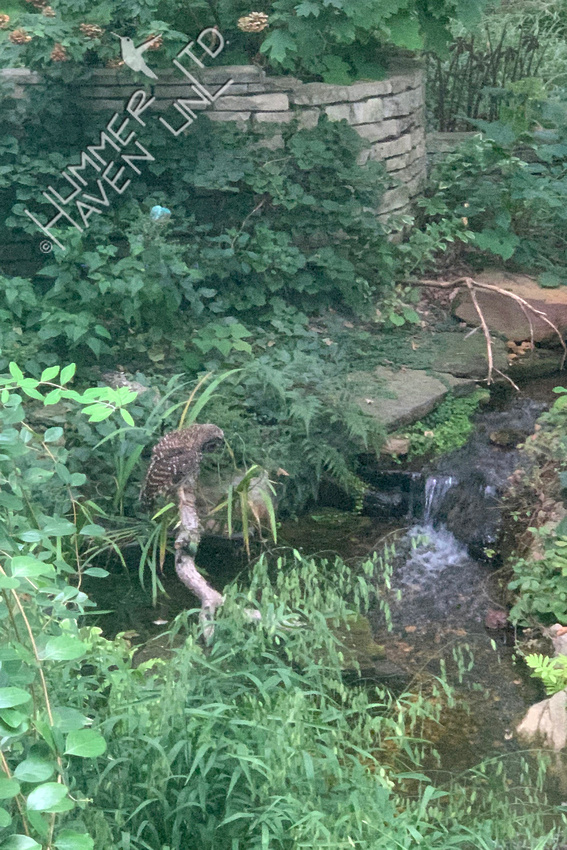 On Saturday, 8-21-21 around 7:15 a.m., a Barred Owl flew from the maple tree down to the stream bed of the pond. Took this photo through the gazebo screen with my phone to document. It went down to the water and then I was able to go inside without disturbing it. 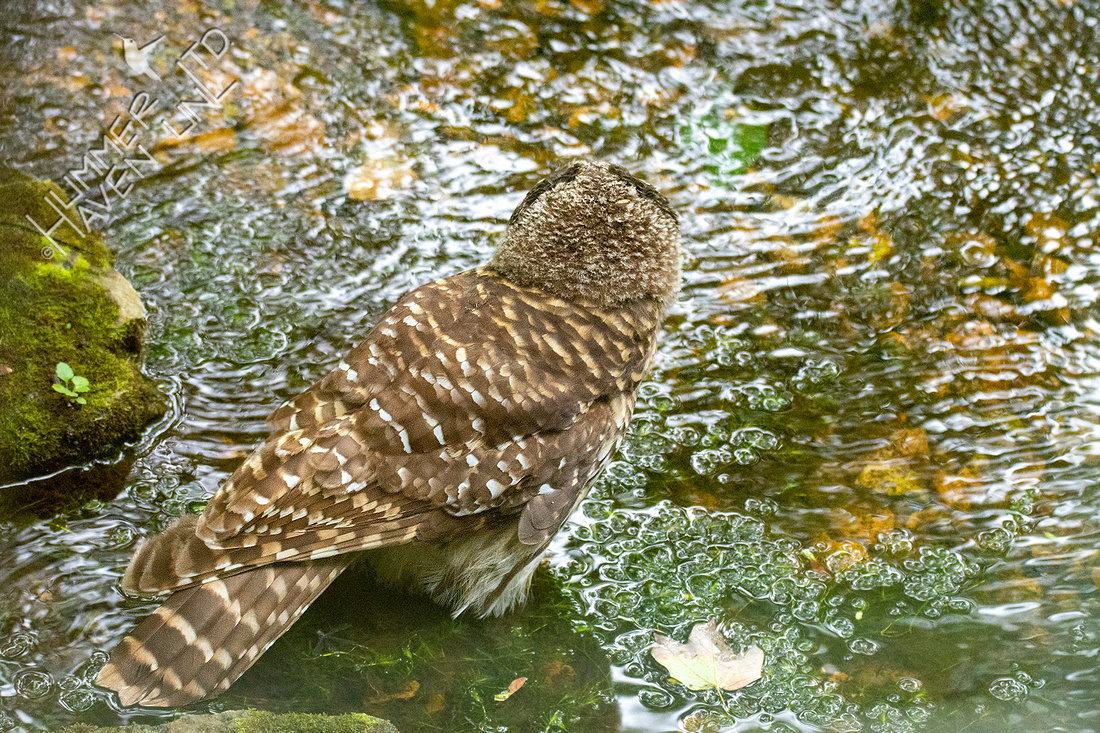 Hmmm, I thought. "He wasn't fuzzy, was he?" Well, its head certainly was. 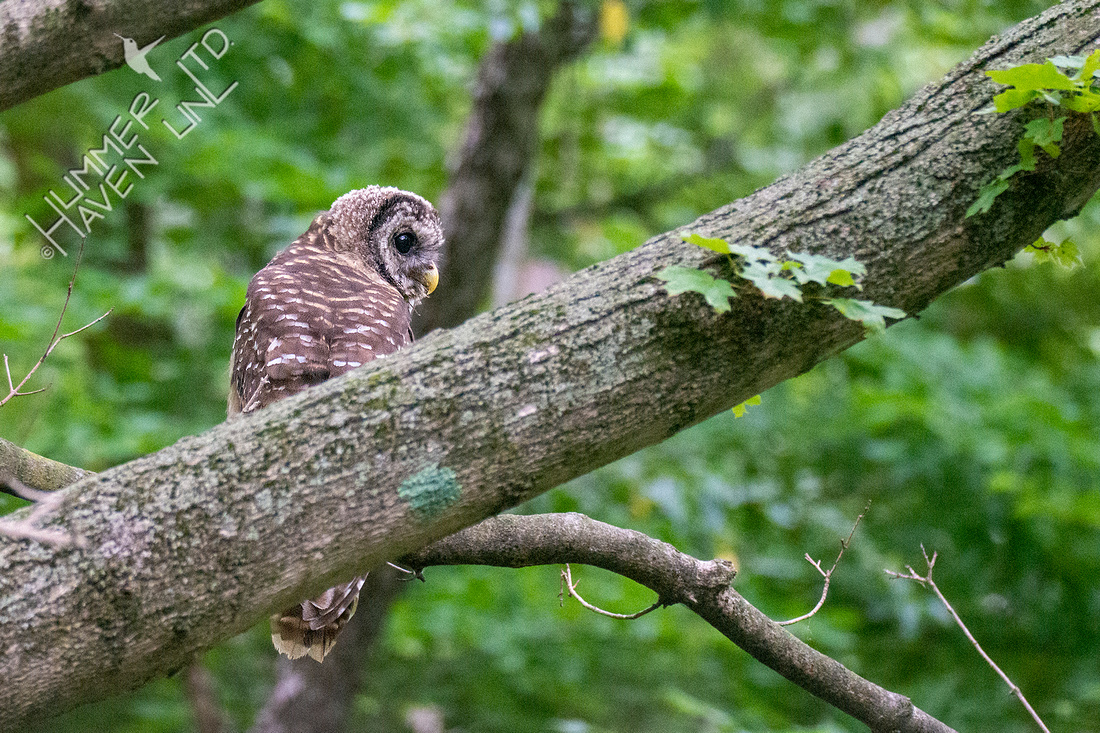 The bird hunted from the sugar maple and then flew to the east slope, working on low branches. A couple days later, it was back in the pond cypress, shaking water off its feathers and preening. In the comparison photo below, it's pretty clear we have a new kid on the block! 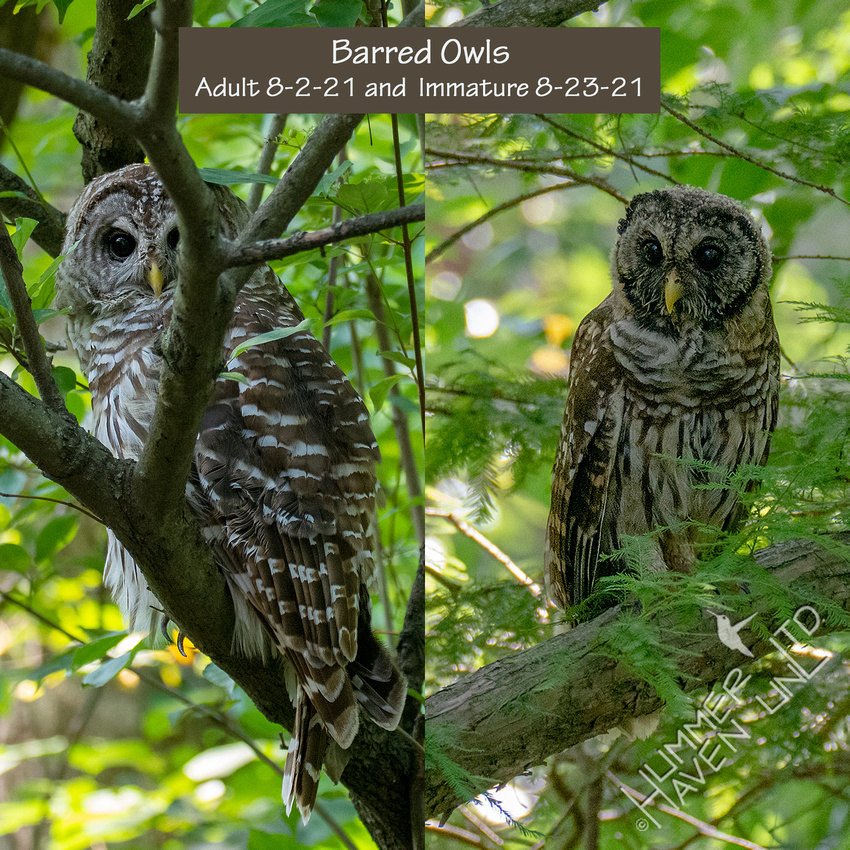 This young owlet was curious and energetically explored our woodland, including the Bubbler area. This all happened just after noon in the brightest part of the day on Monday, 8-23-21. It was hot and humid, but as you'll see in the video, the bird found its own way to cool off! 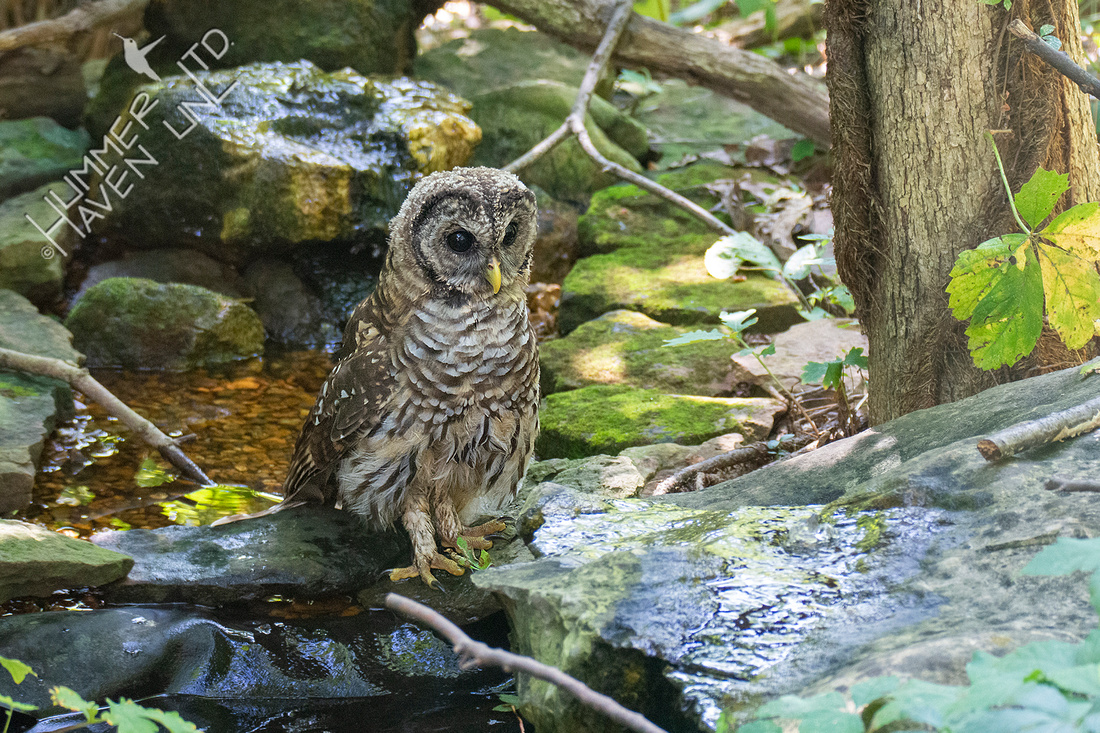 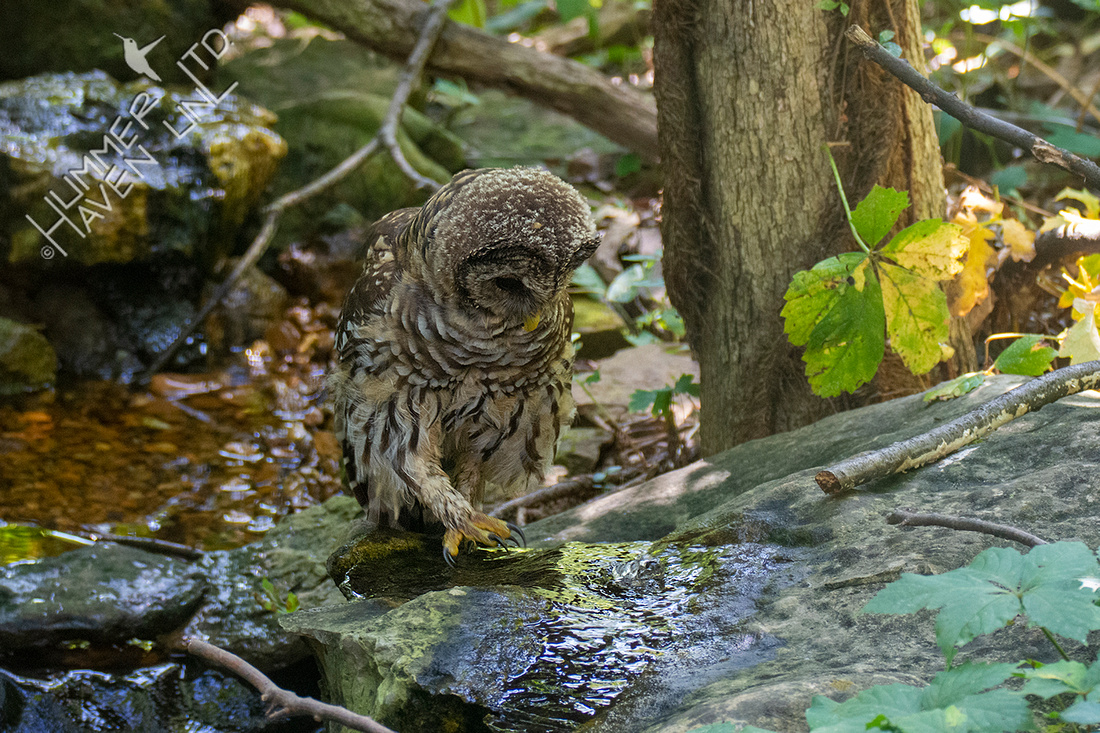 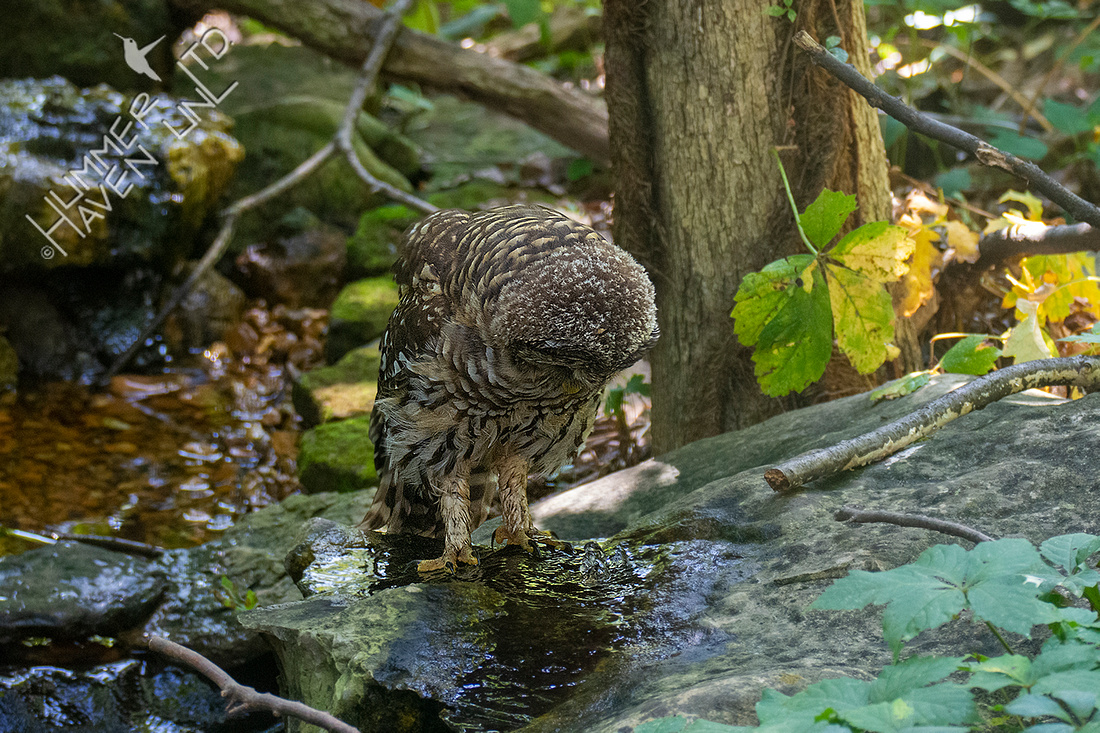 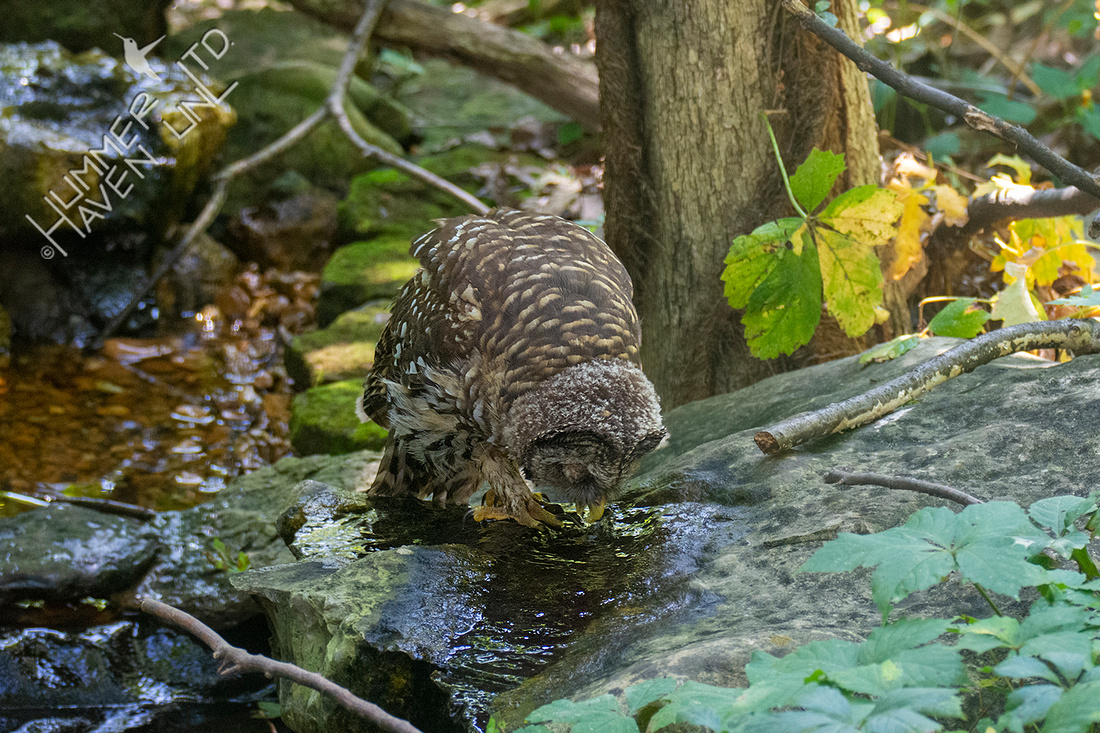 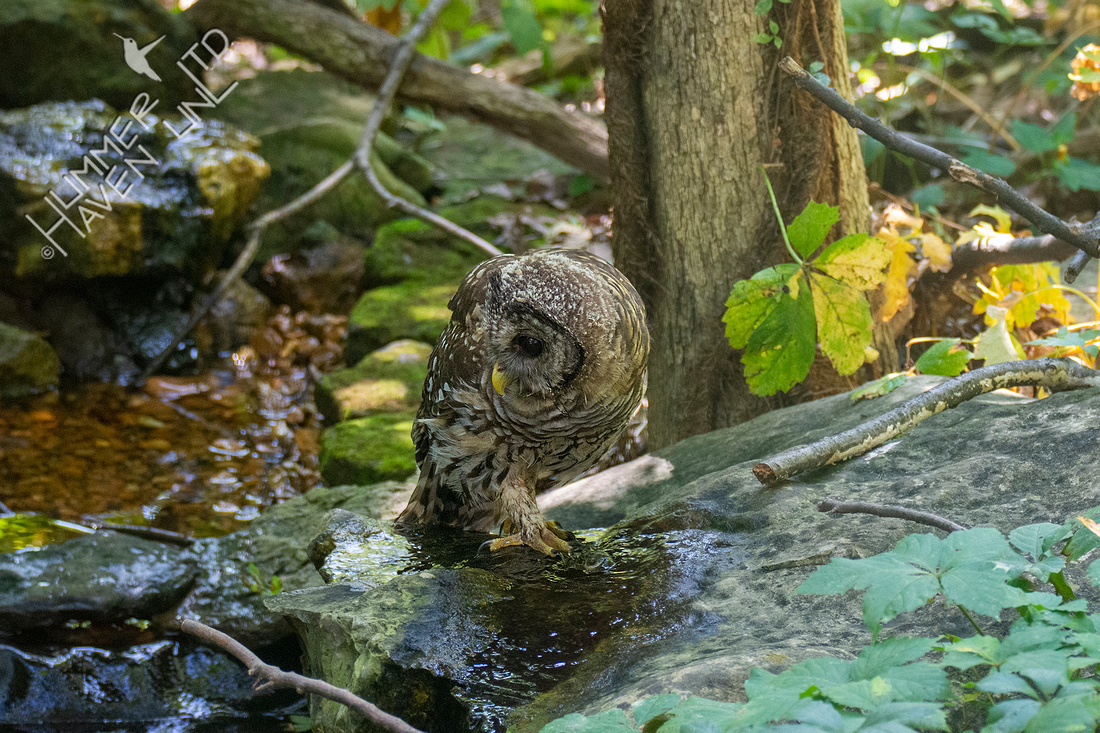 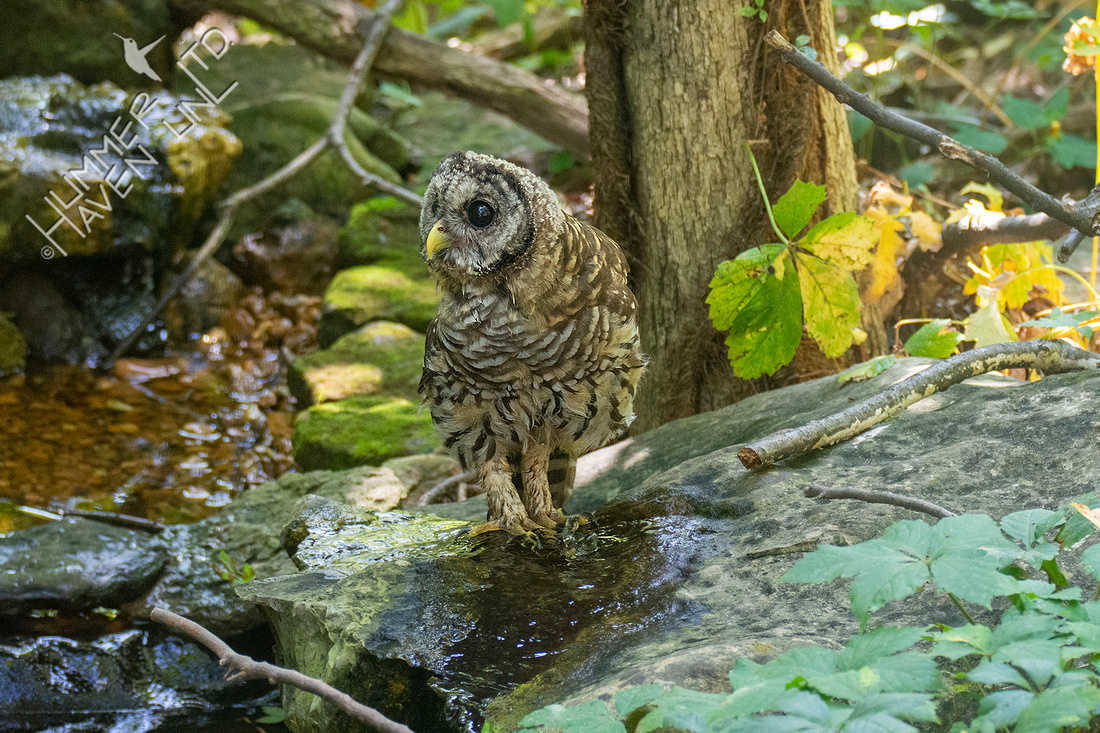 To learn more about Barred Owls, check out this page: