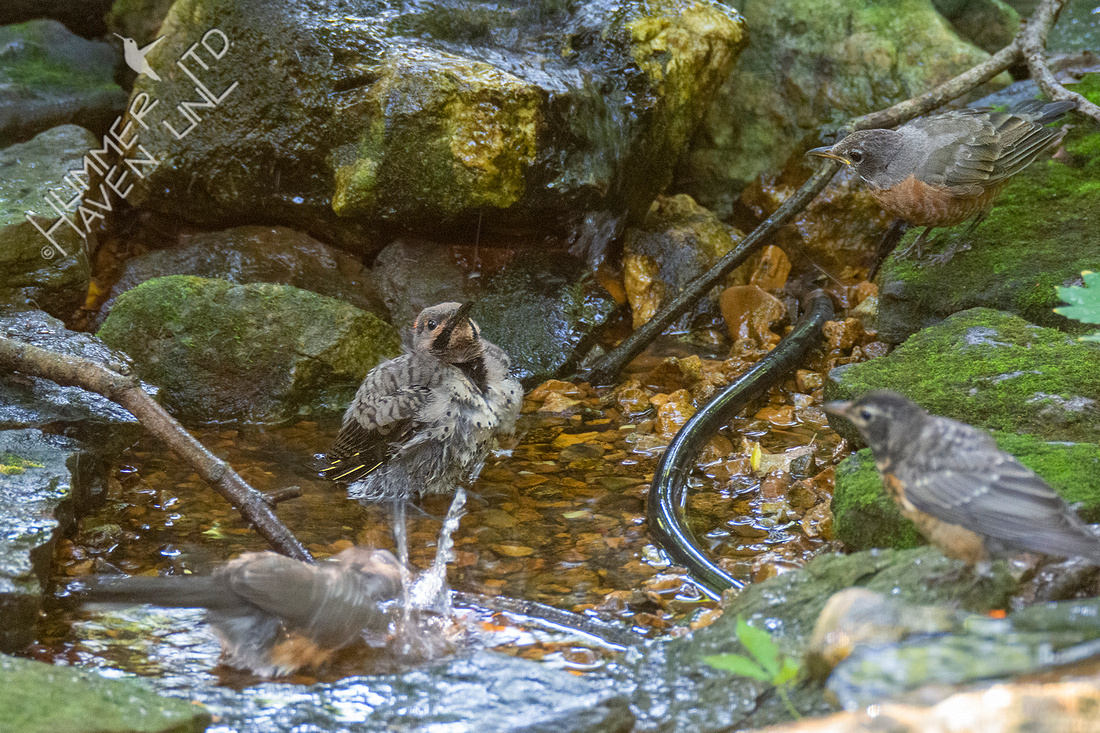 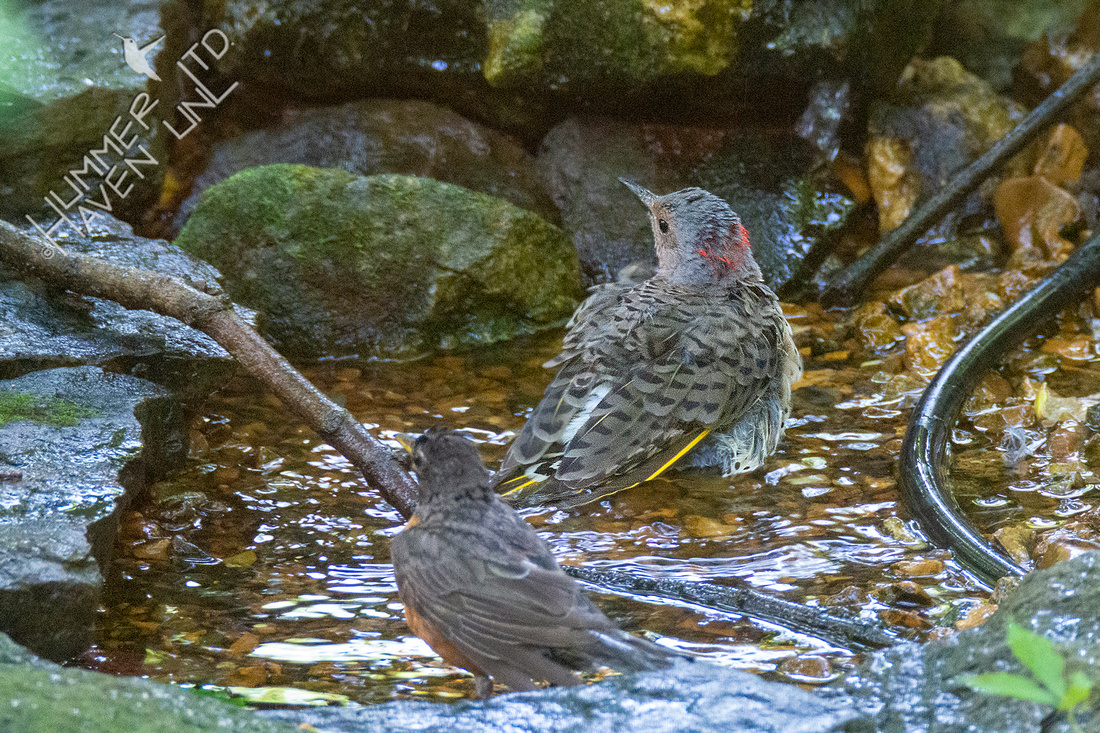 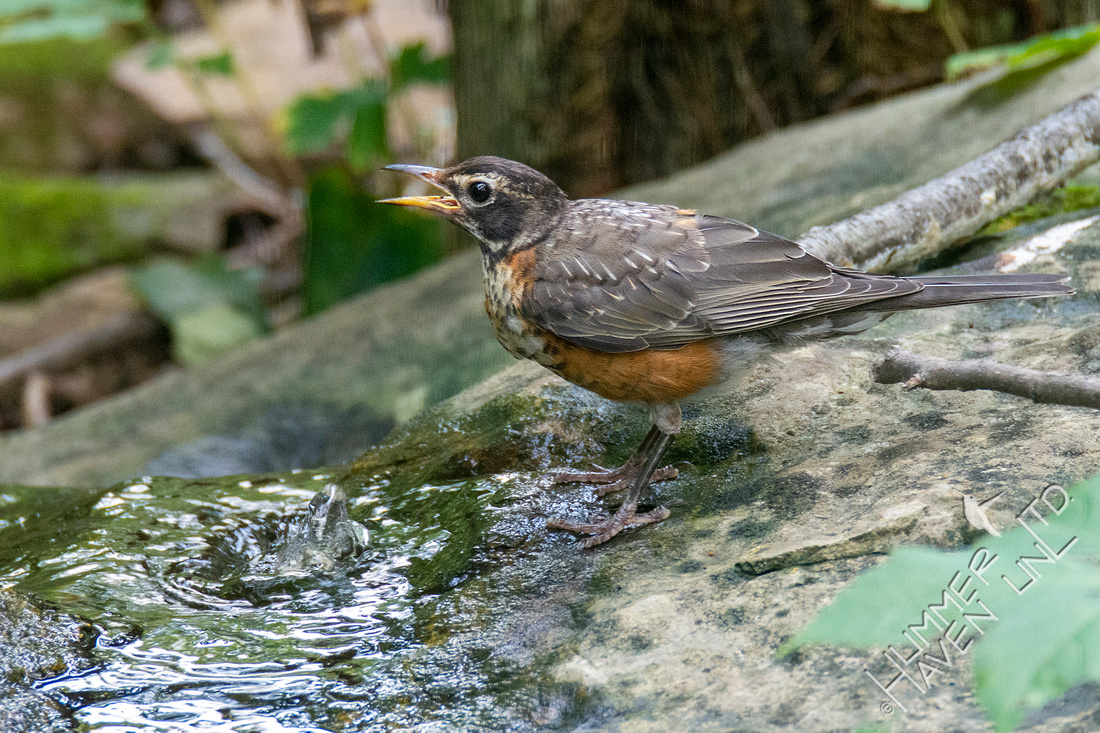 The first cool front of August followed a very warm week. A lot of robins were seen at the bubbler, and like this immature bird, they were panting to release heat. Northern Flickers pushed in for their turns at the crowded basin. 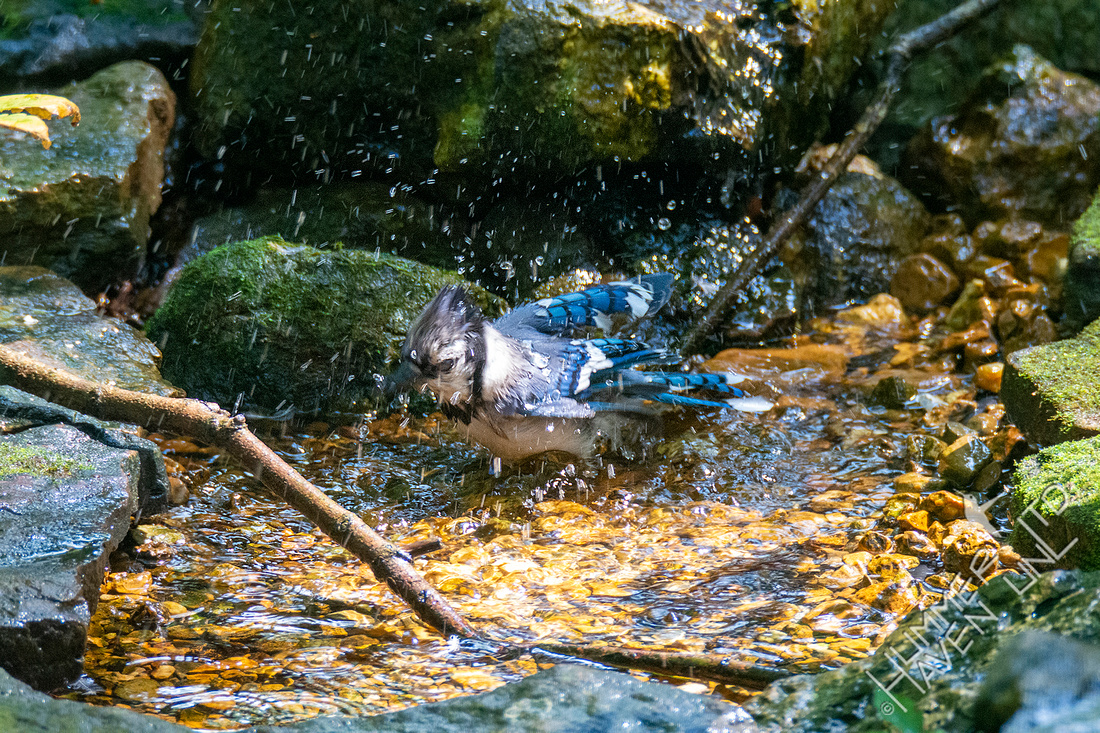 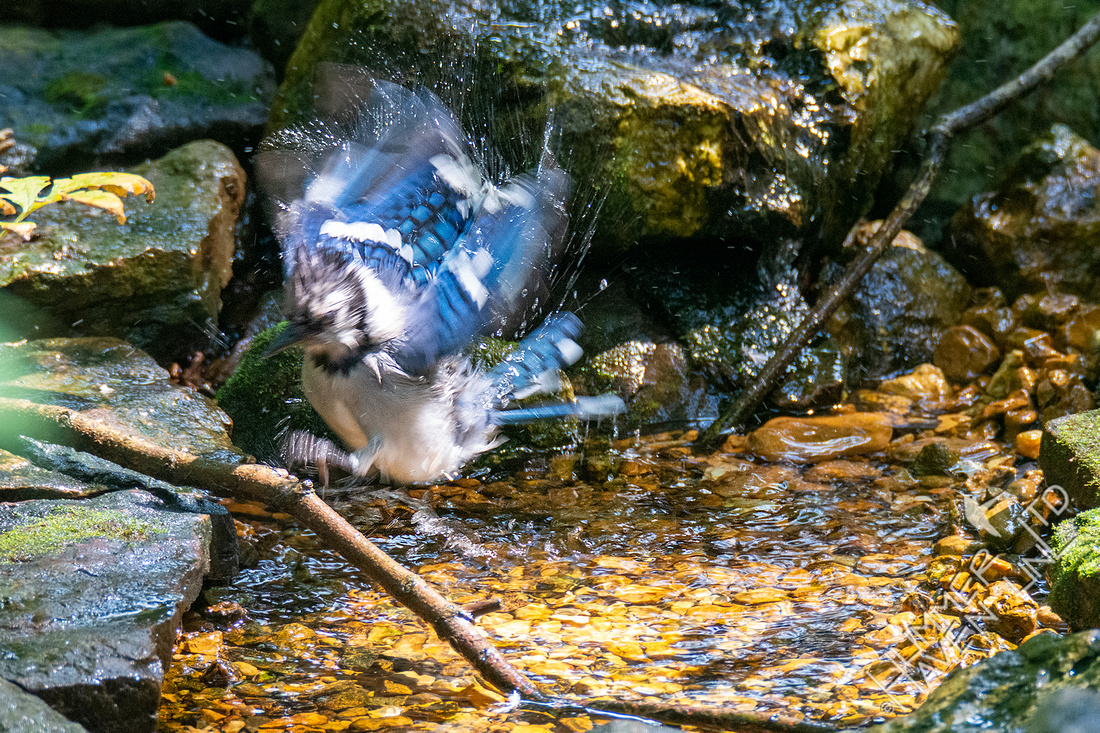 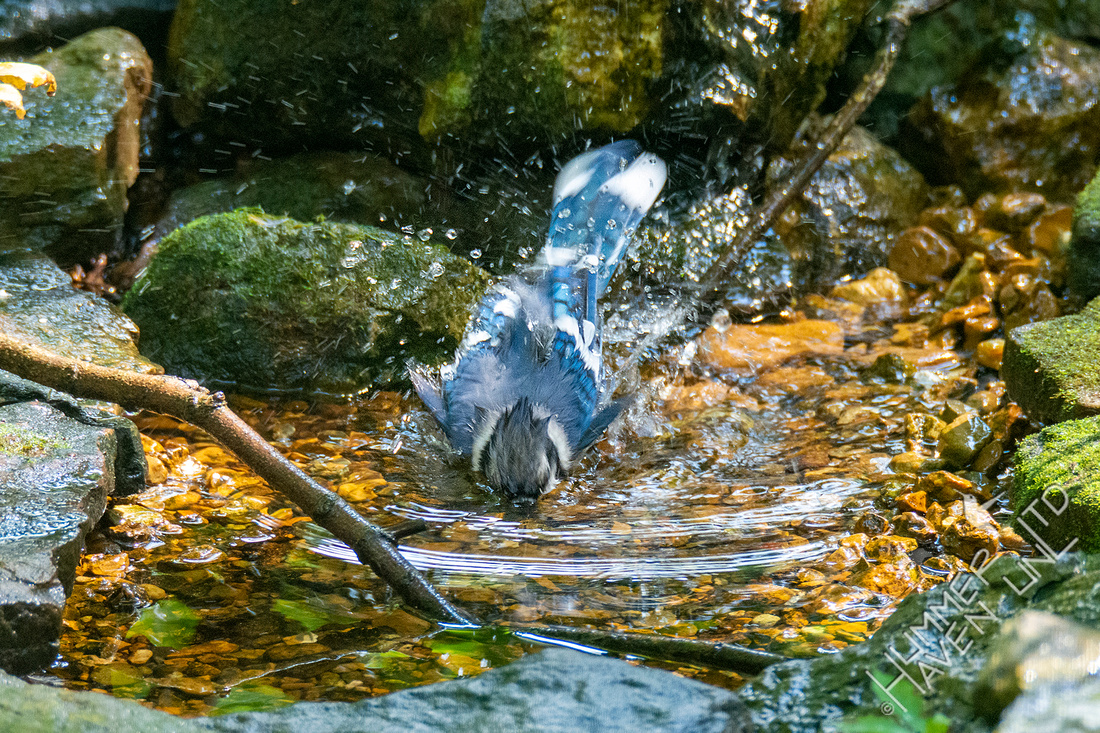 A Blue Jay squawked and splashed, getting in several times, enthusiastically drenching its feathers. Thursday evening, the storm front moved through with strong winds and rain, the temperature dropped twenty-five degrees. Saturday, the robins had moved on and our first migrants showed up. 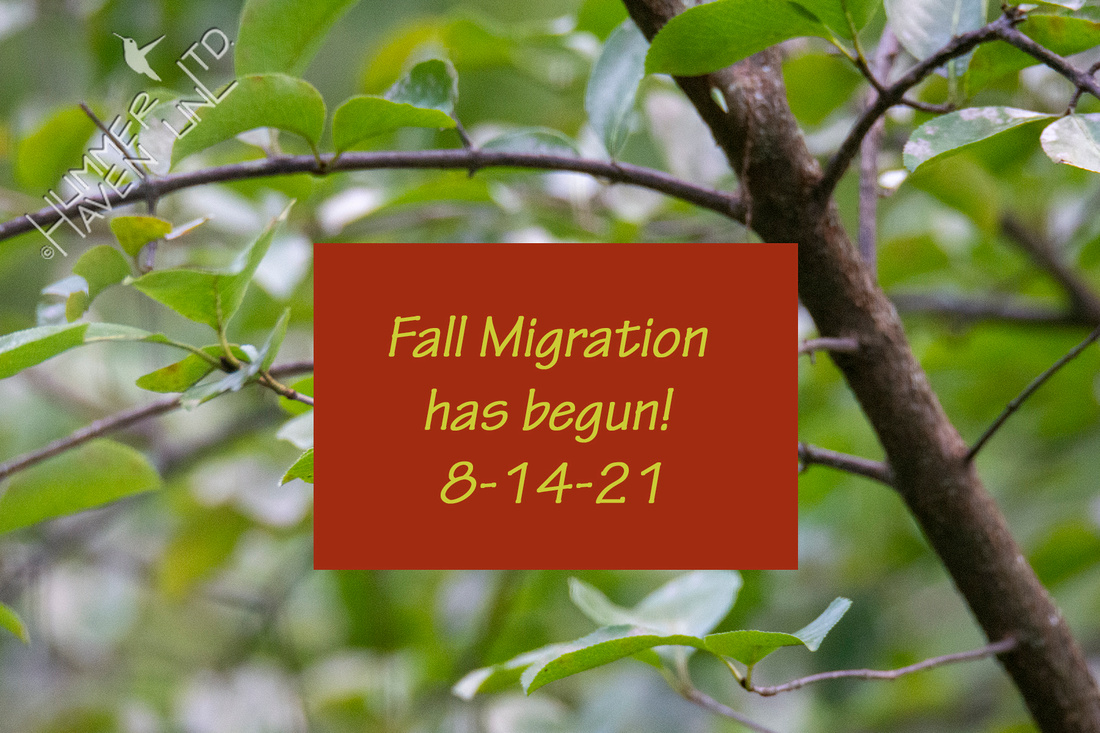 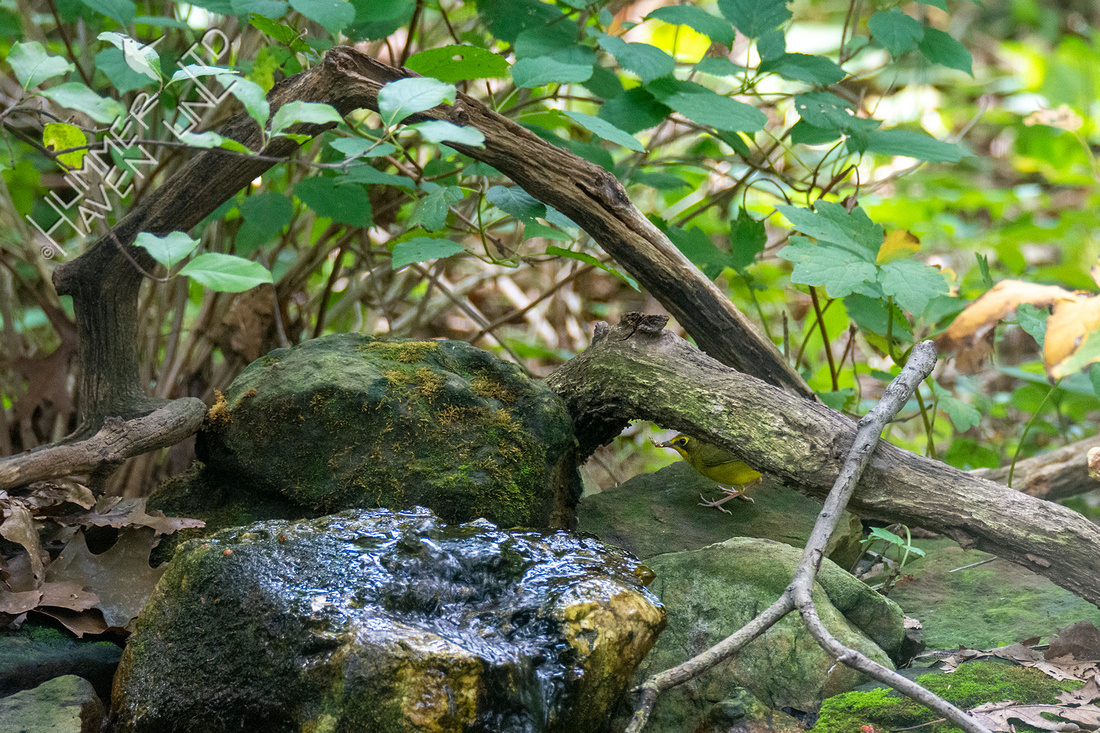 Did you find the bird? It had grabbed a small winged insect to eat. It's a female Kentucky Warbler, first female that I've seen here. 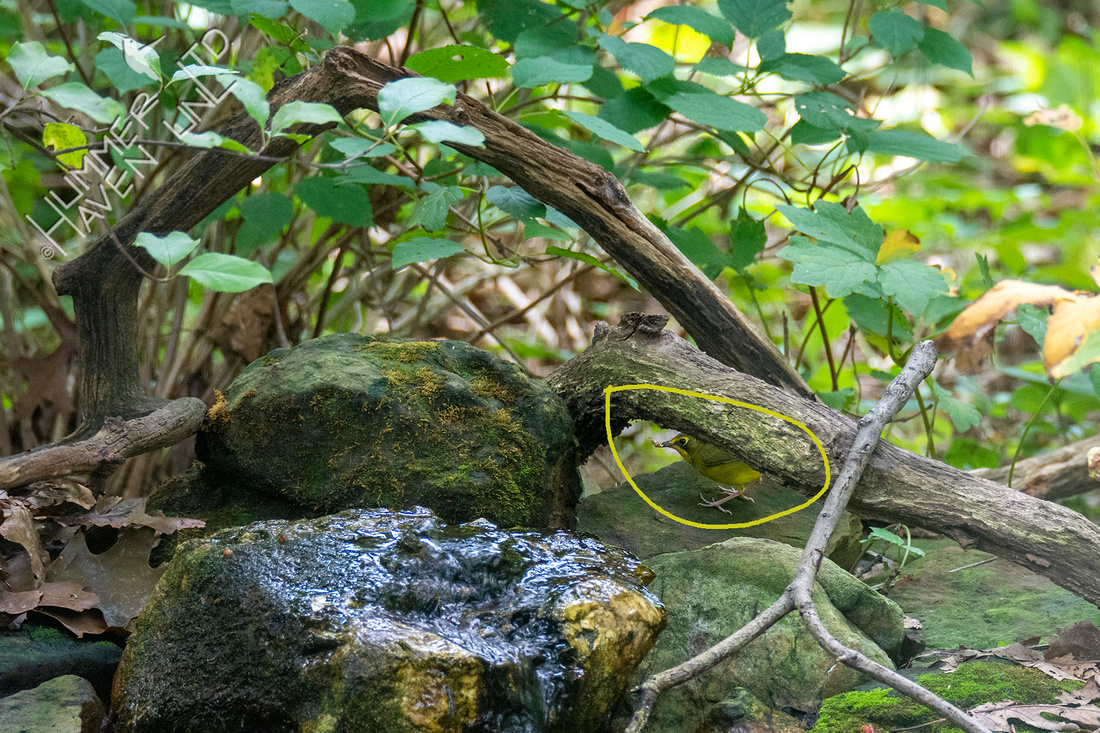 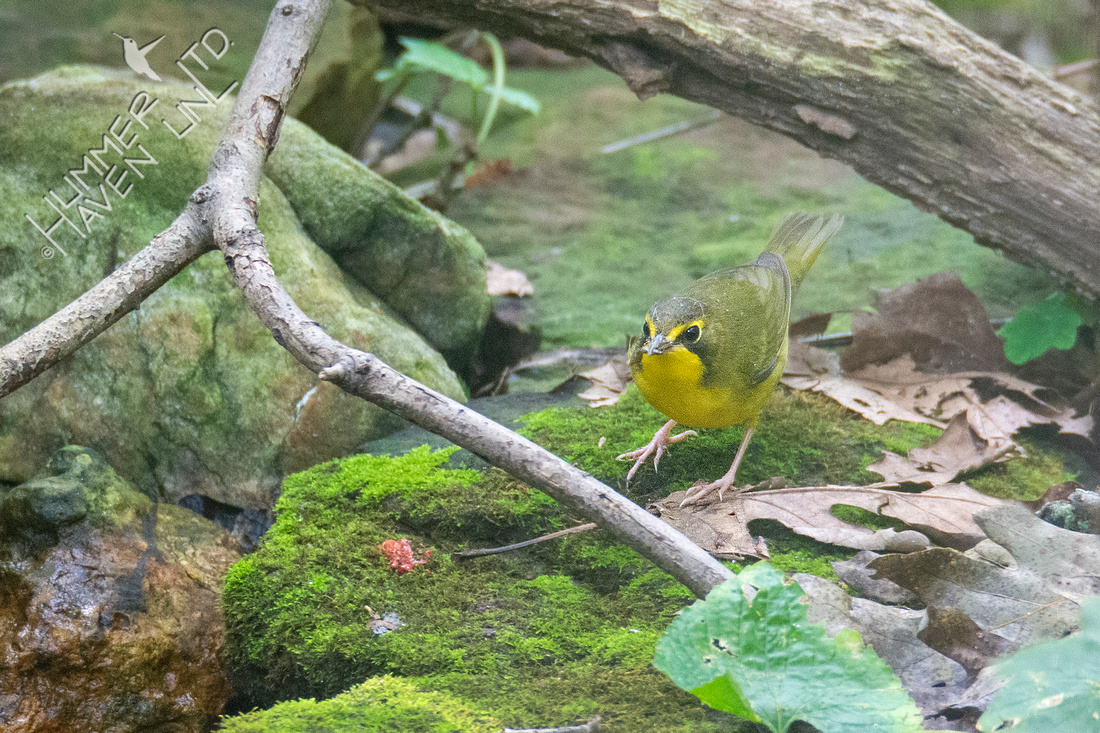 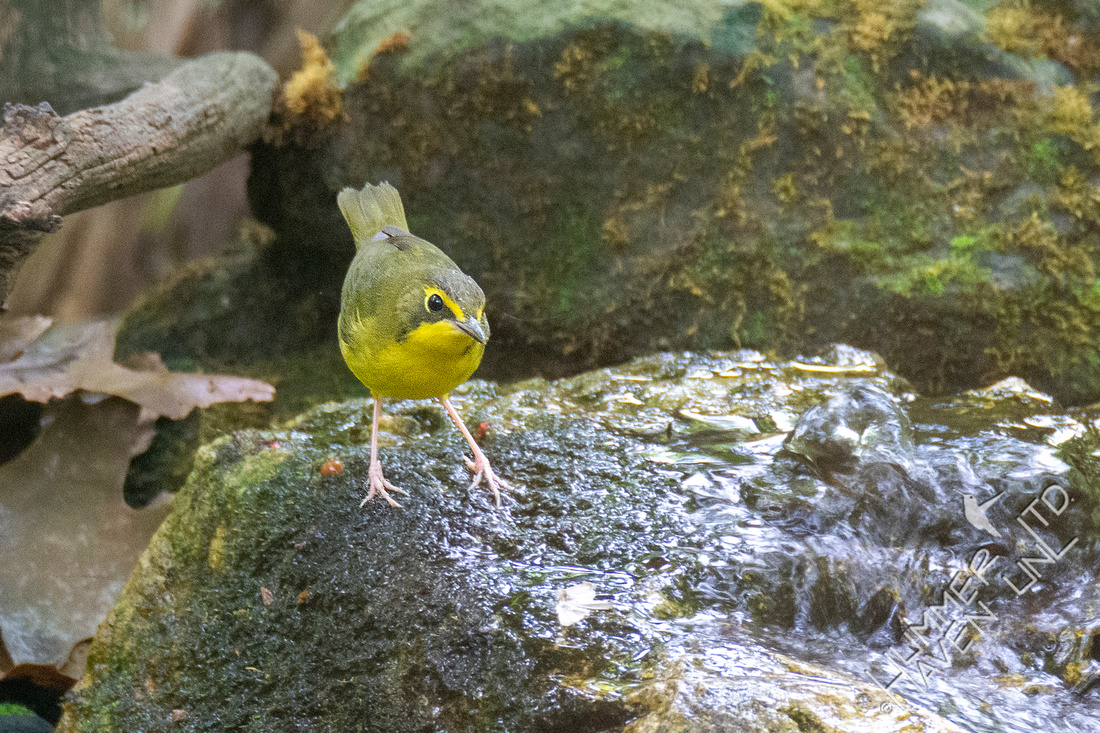 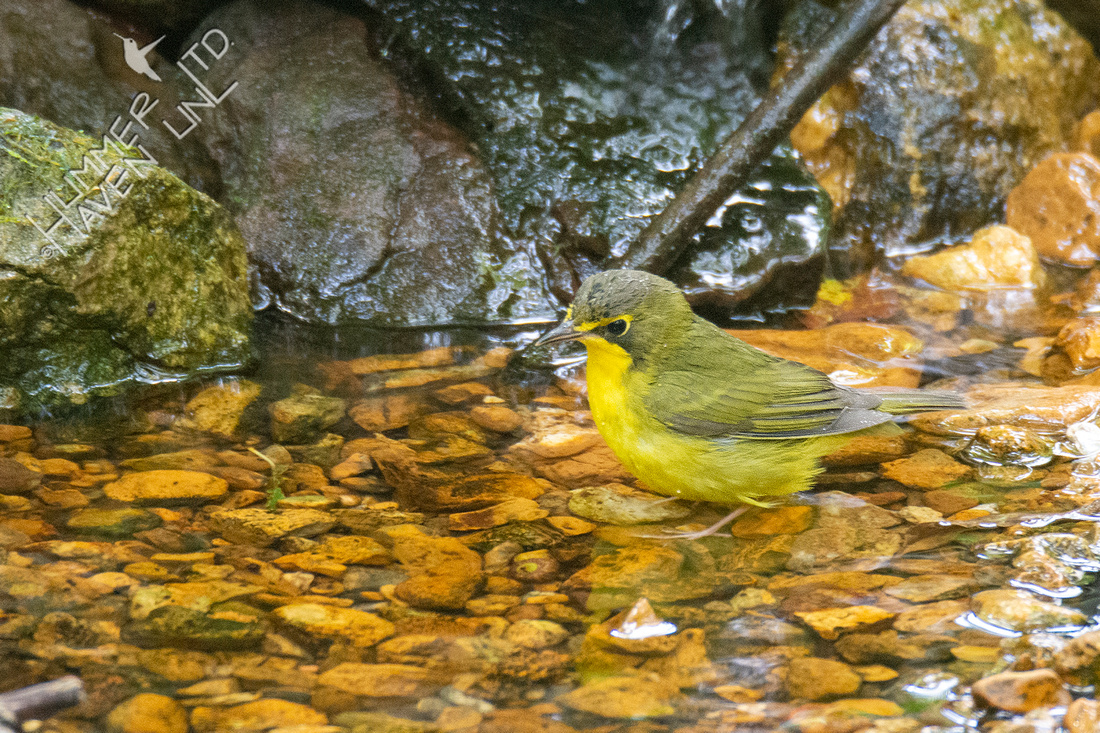 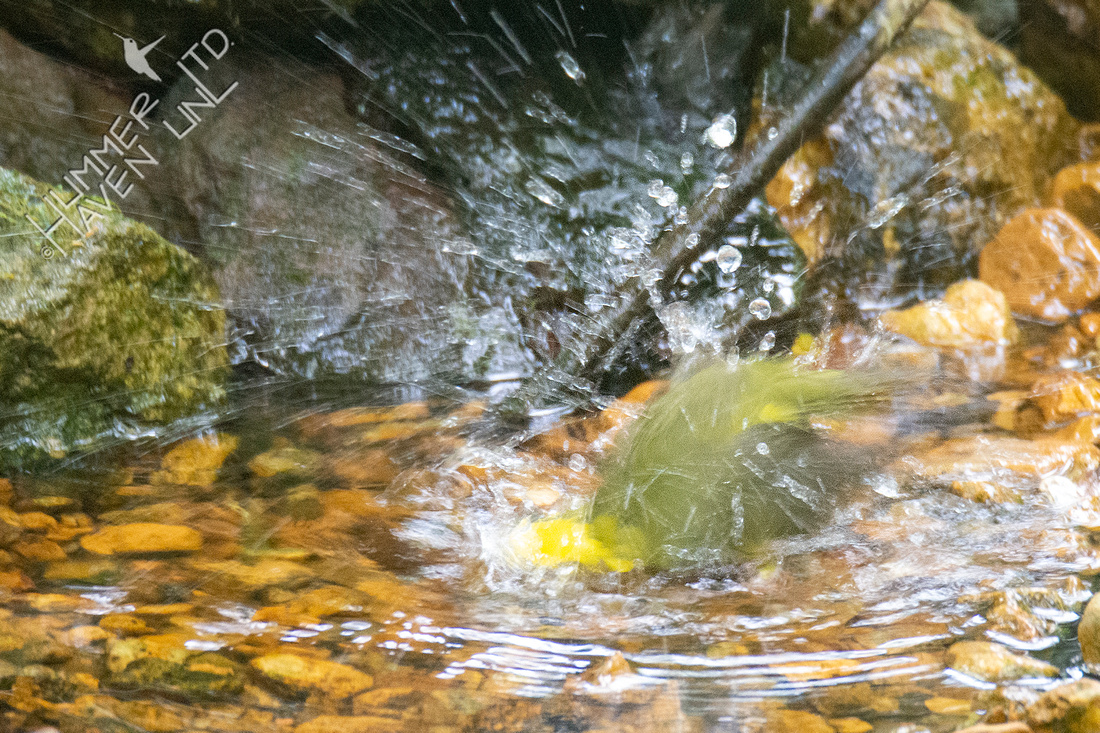 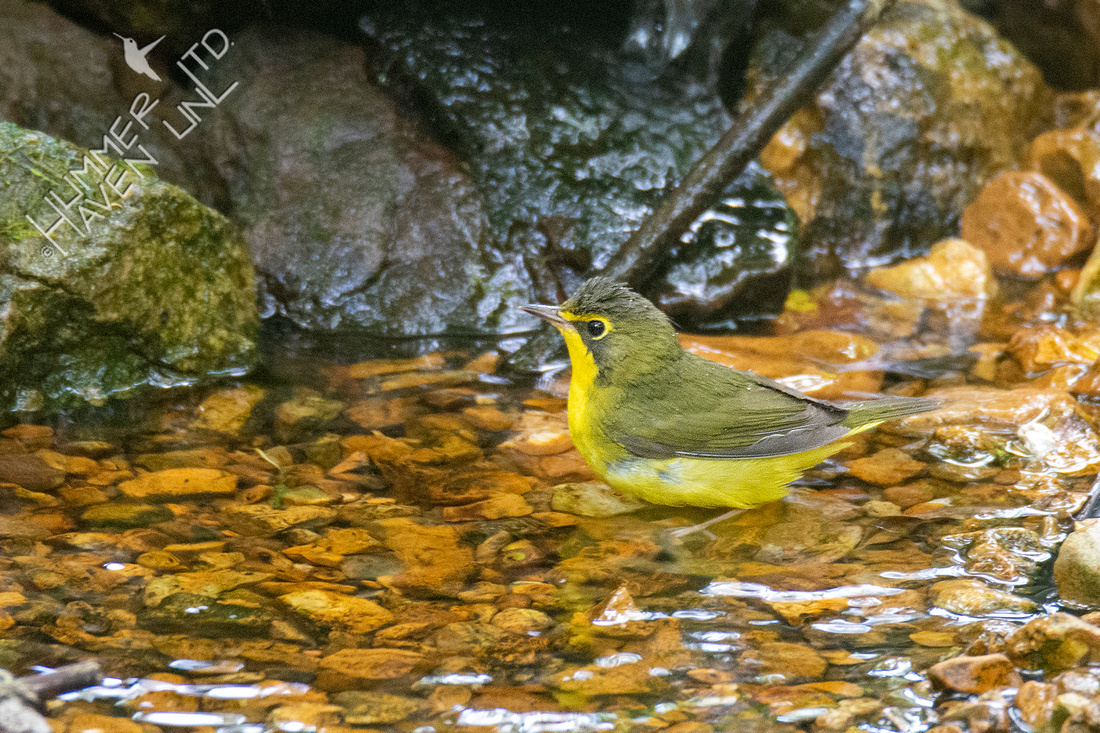 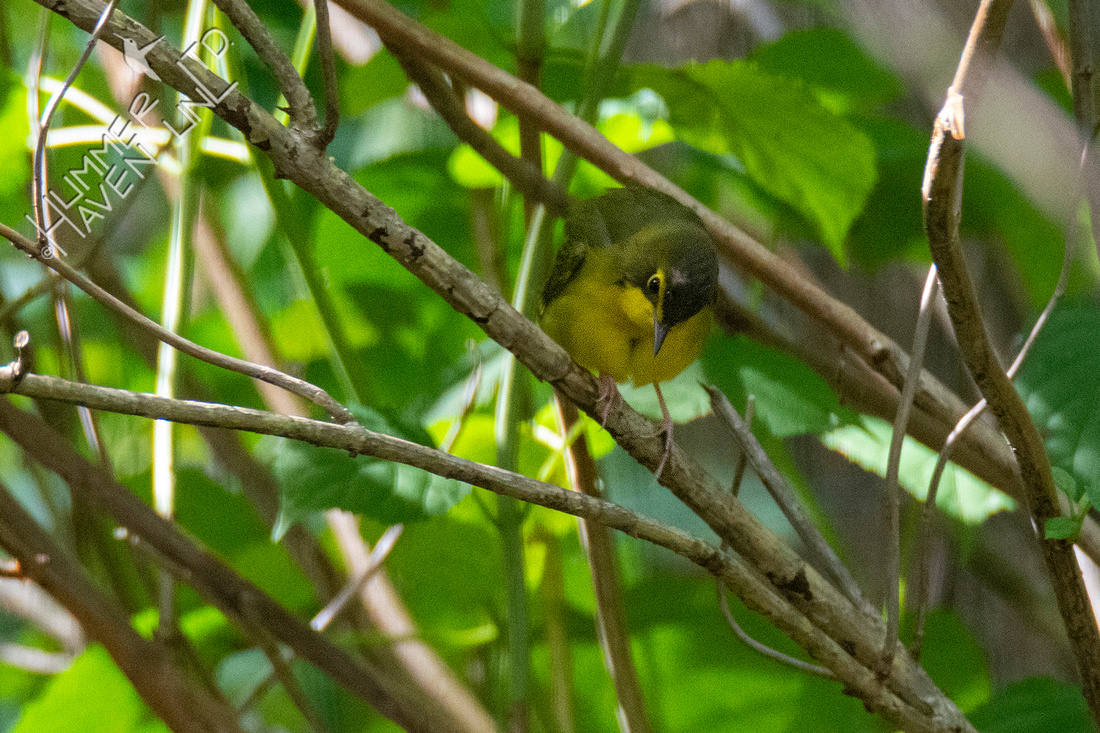 The warbler found more to eat, then bathed and flew to the native hydrangea to shake its tail feathers and preen. Just as it finished, another bird flew in. 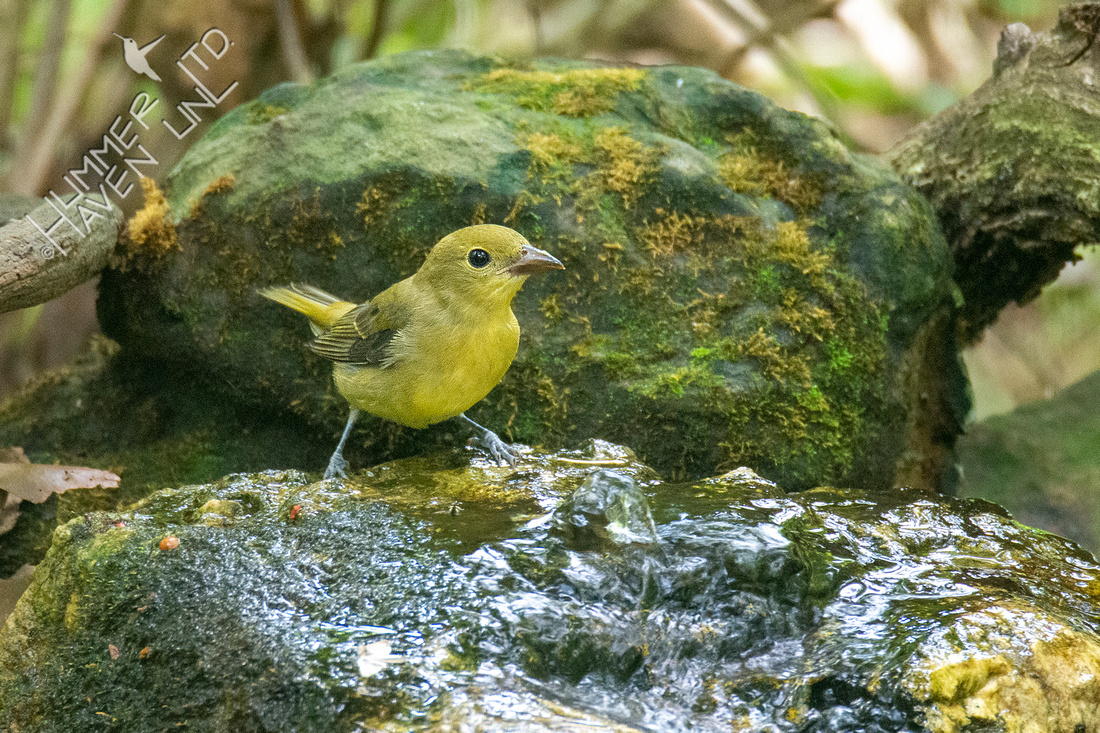 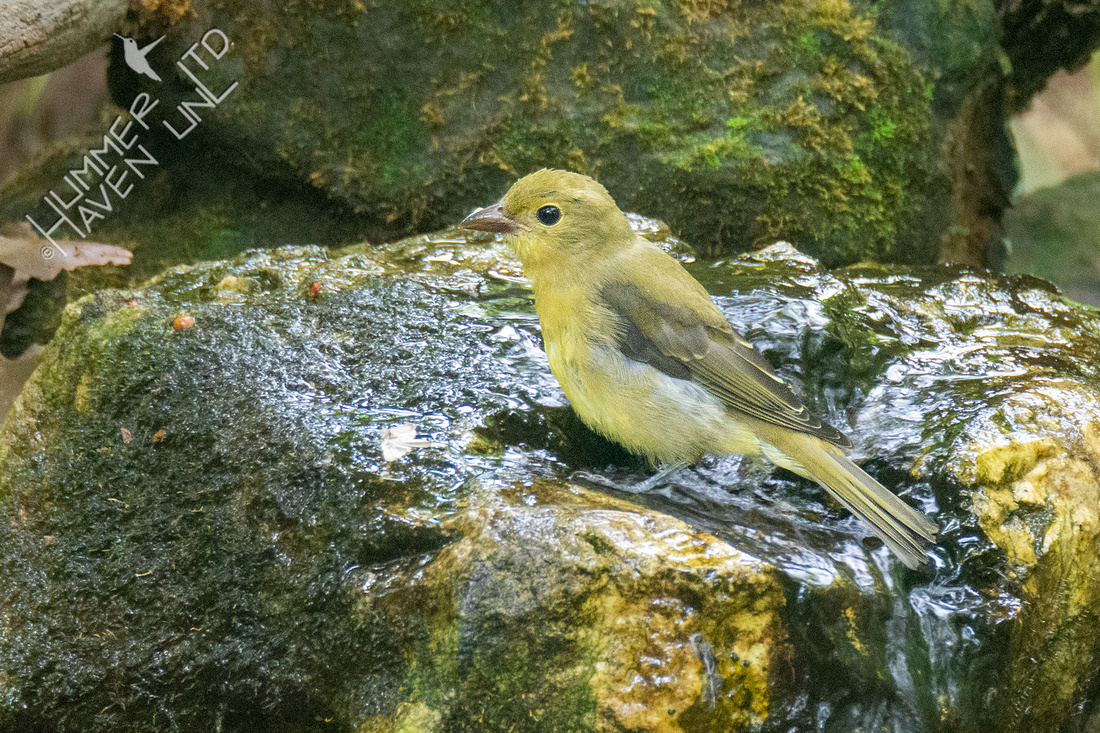 This was a female Scarlet Tanager, probably a first year bird. The plumage of this species is a bit greener than the Summer Tanager's orangey hue. It's a bit smaller bird and the bill is also proportionately smaller. 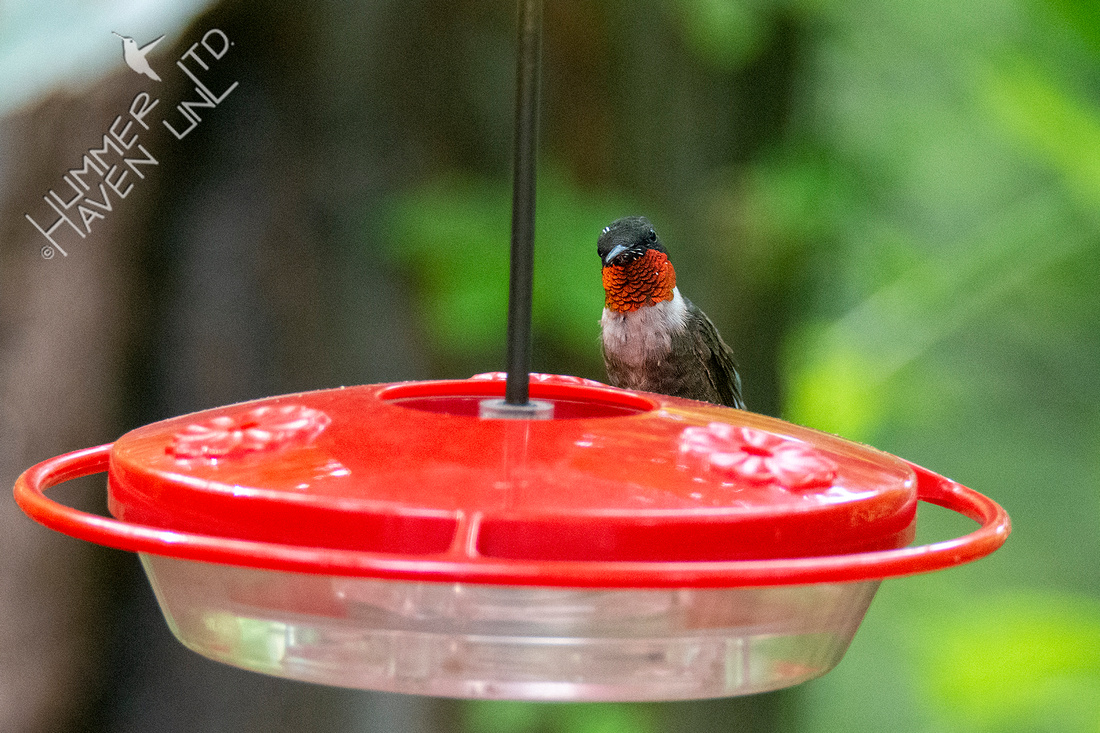 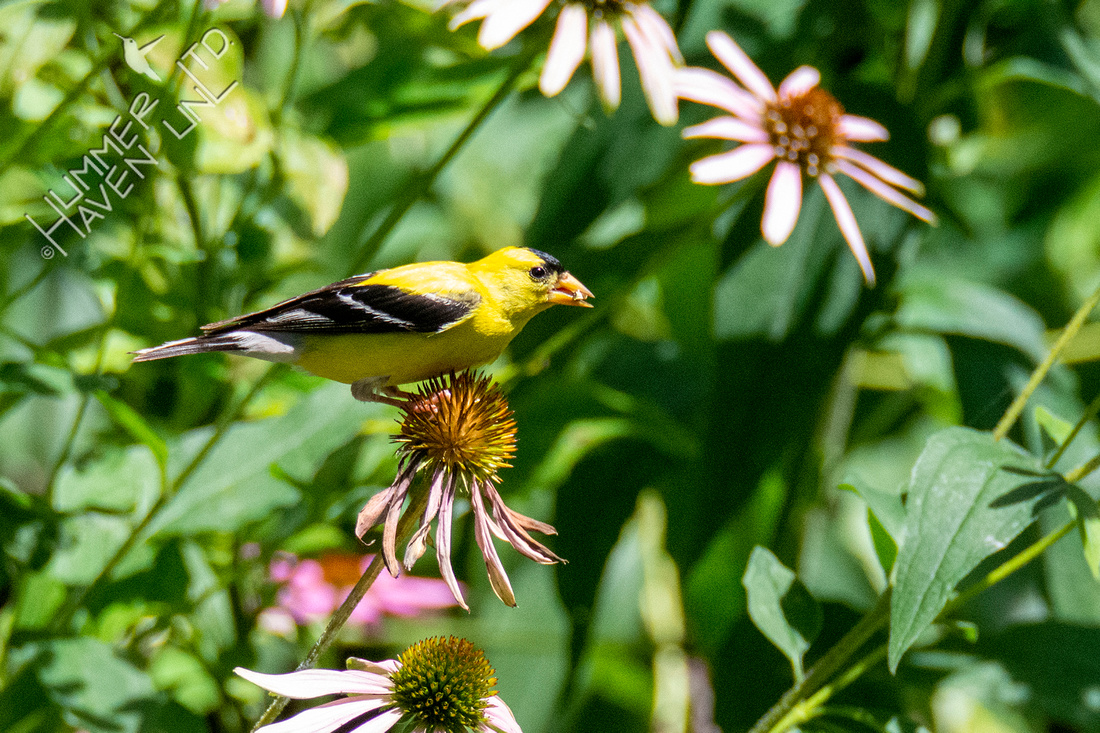 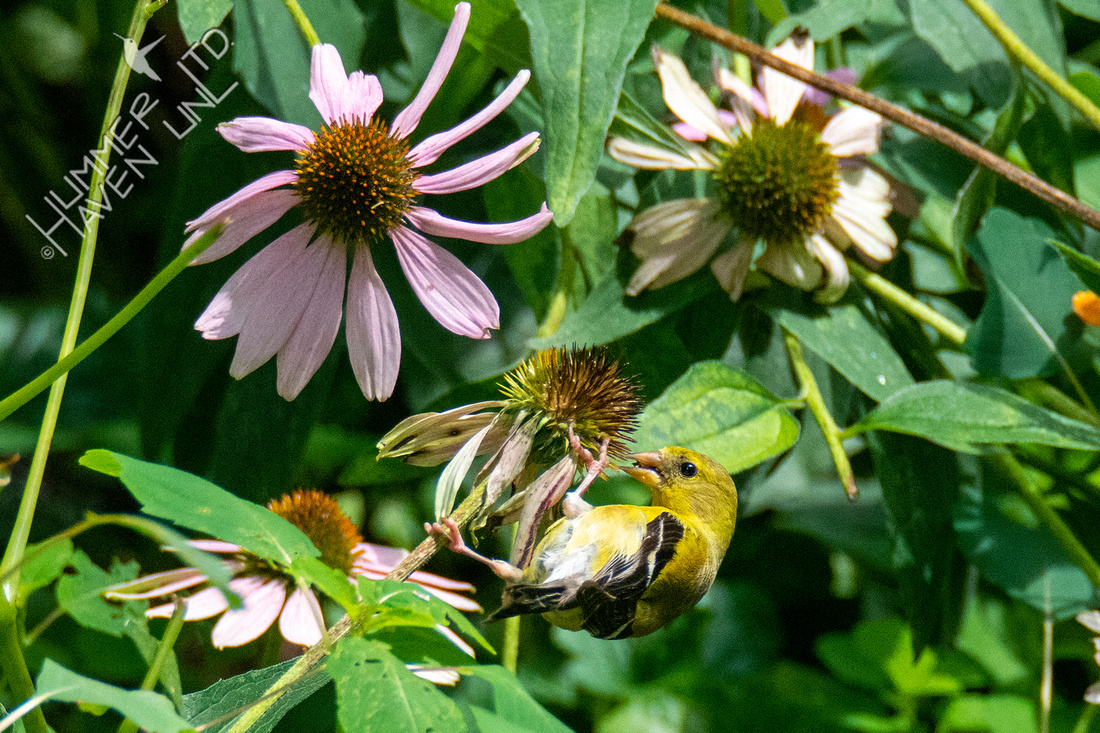 Usual suspects continue to visit the feeders and the garden. The Ruby-throated Hummingbirds are looking a bit ragged! Goldfinches have been busy at the coneflowers. 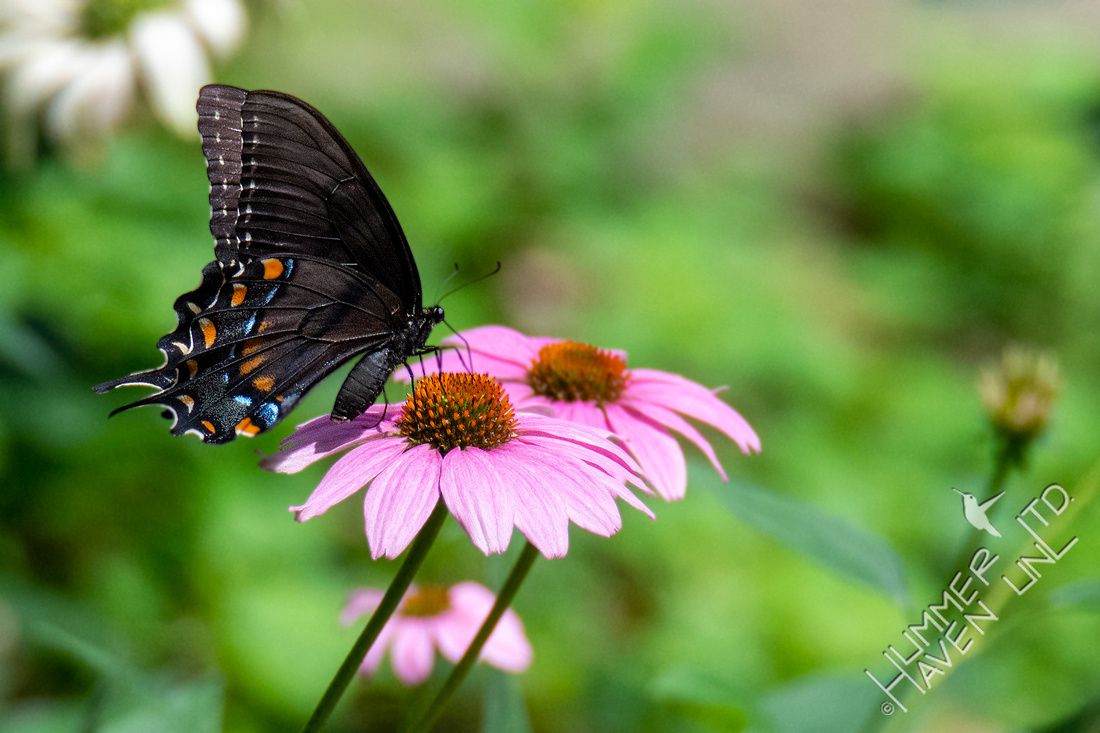 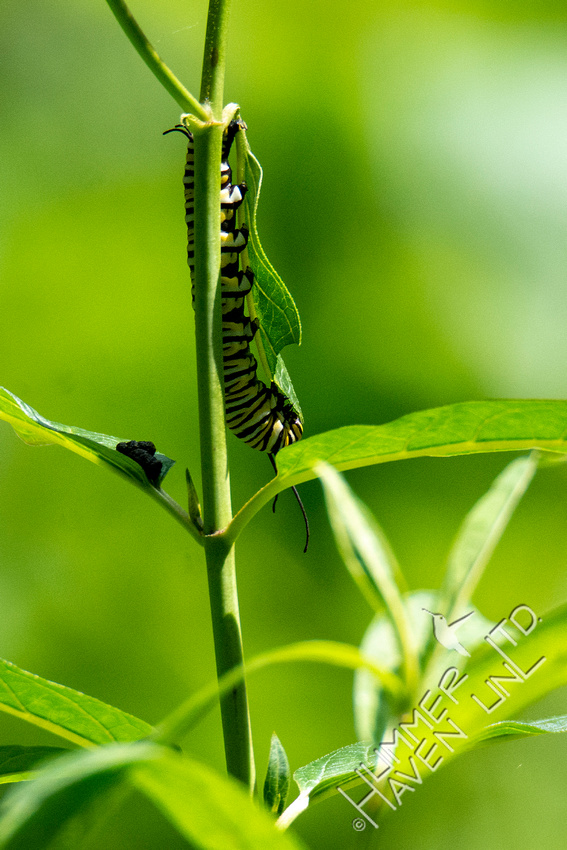 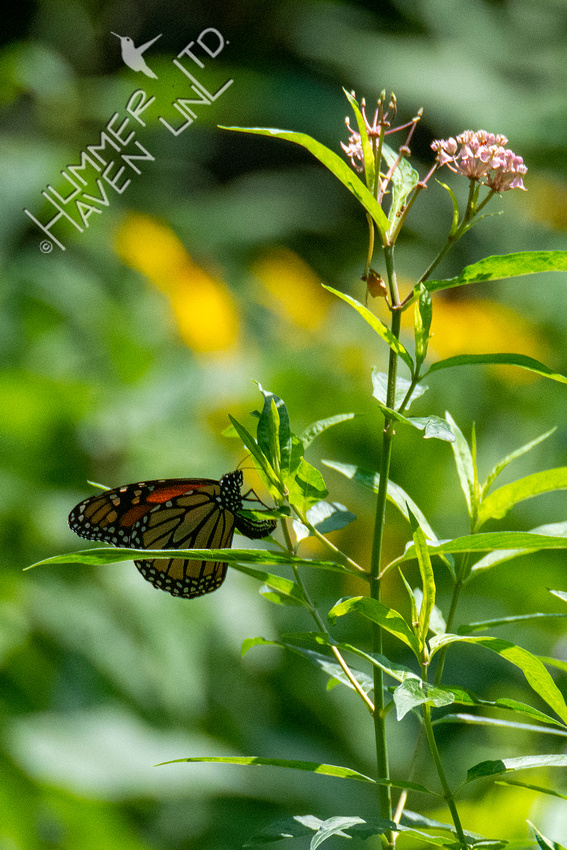 Eastern Tiger Swallowtail butterflies have been at the coneflowers, too. The females can be black or yellow. Monarch caterpillars are still feeding on the Marsh Milkweed (Asclepias incarnata) and another butterfly has been ovipositing on the plants. 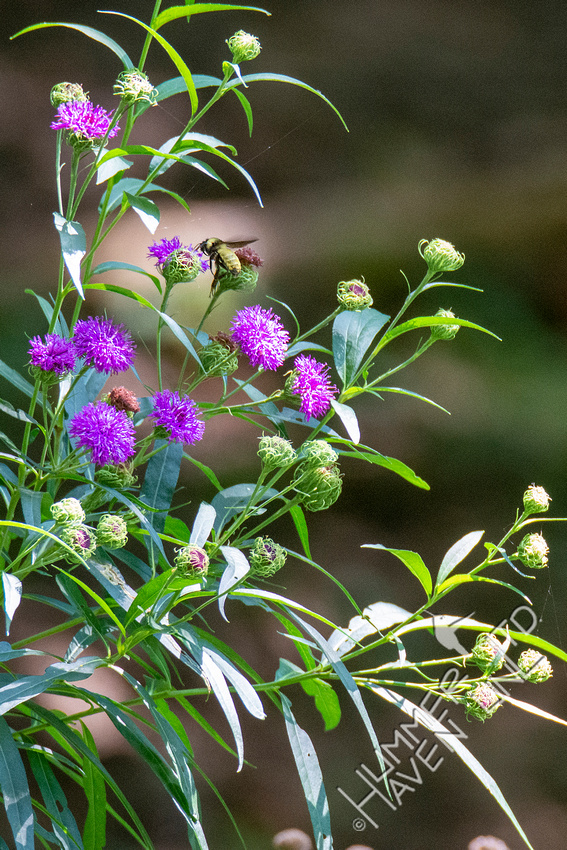 (I had misidentified this bee. Thanks to Kathy Bildner and James Faupel for correctly identifying it for me!) 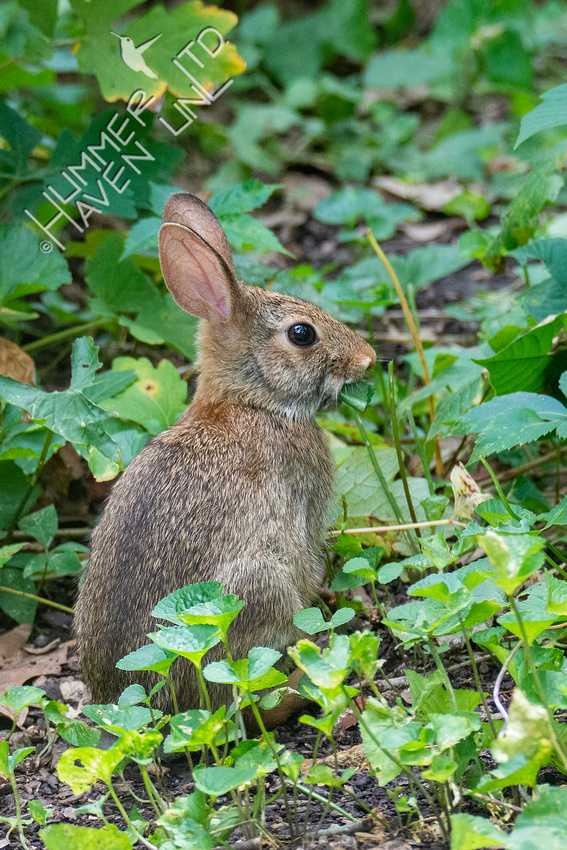 An Eastern Cottontail Rabbit was enjoying violets near the bubbler. There have been several in and out of the garden on a regular basis. Now, do you recall the old cowboy song, "Home, Home on the Range." That came to mind as I watched this doe and its two fawns this morning.

So we wait for the next cool front...