Birds continue to be on the move. 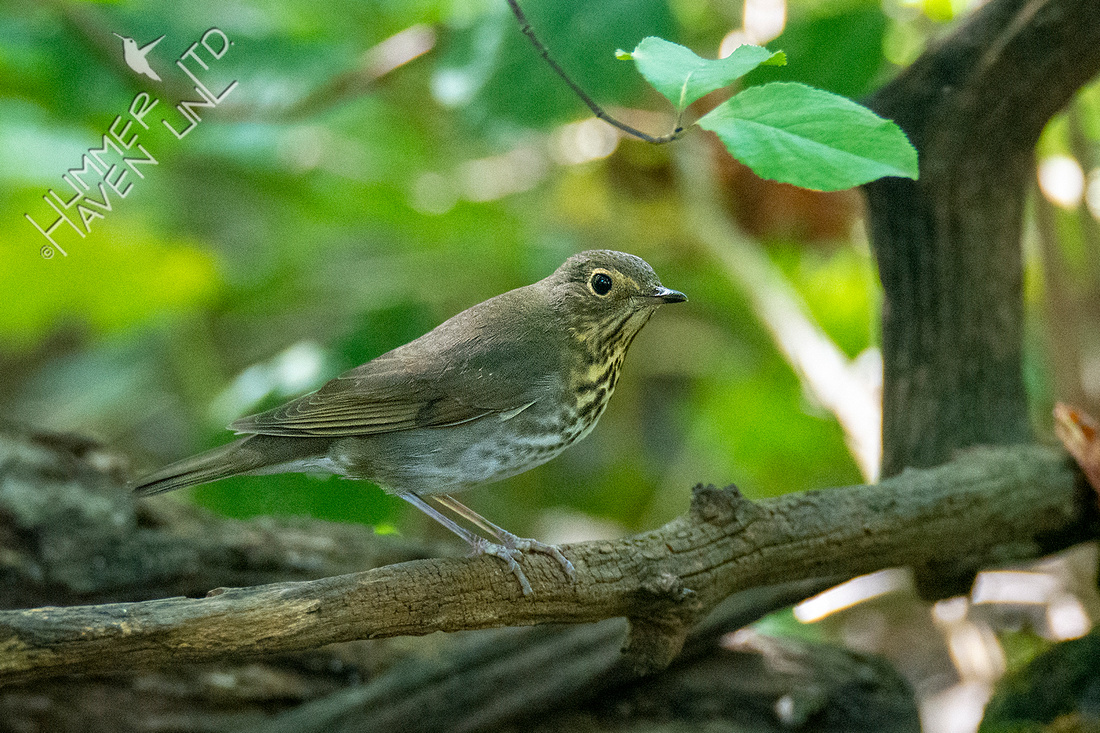 The first Swainson's Thrush of fall showed up on Sunday, 9-5-21. It was a day with six warbler species, too. 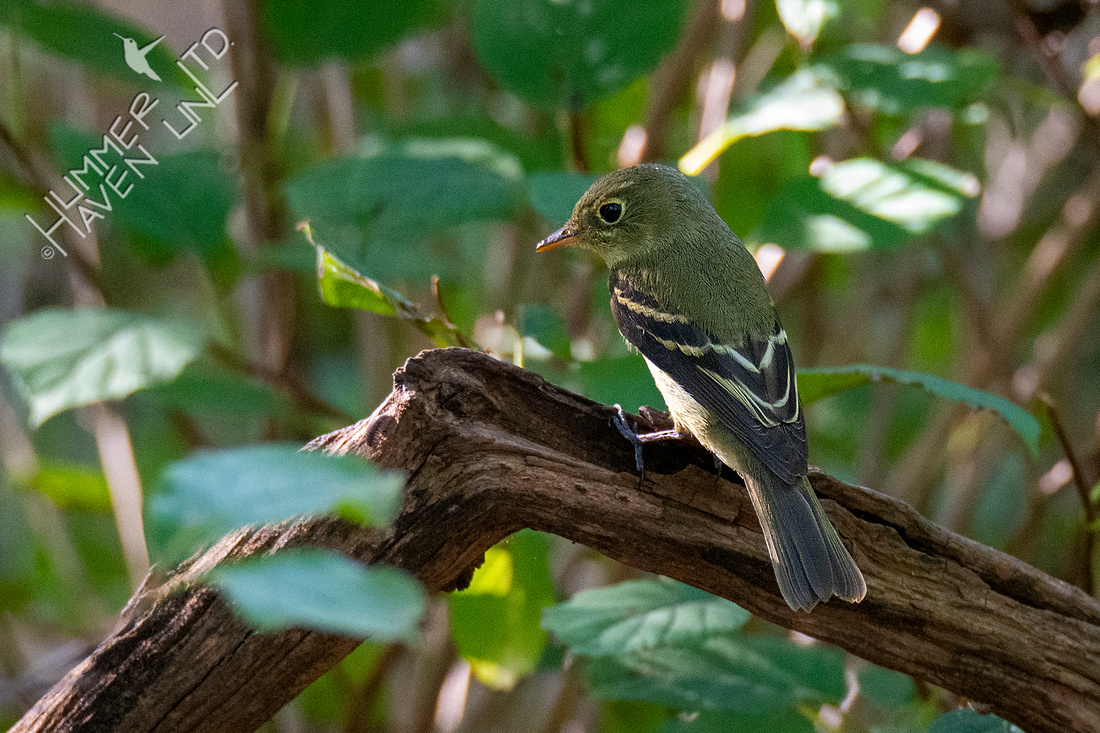 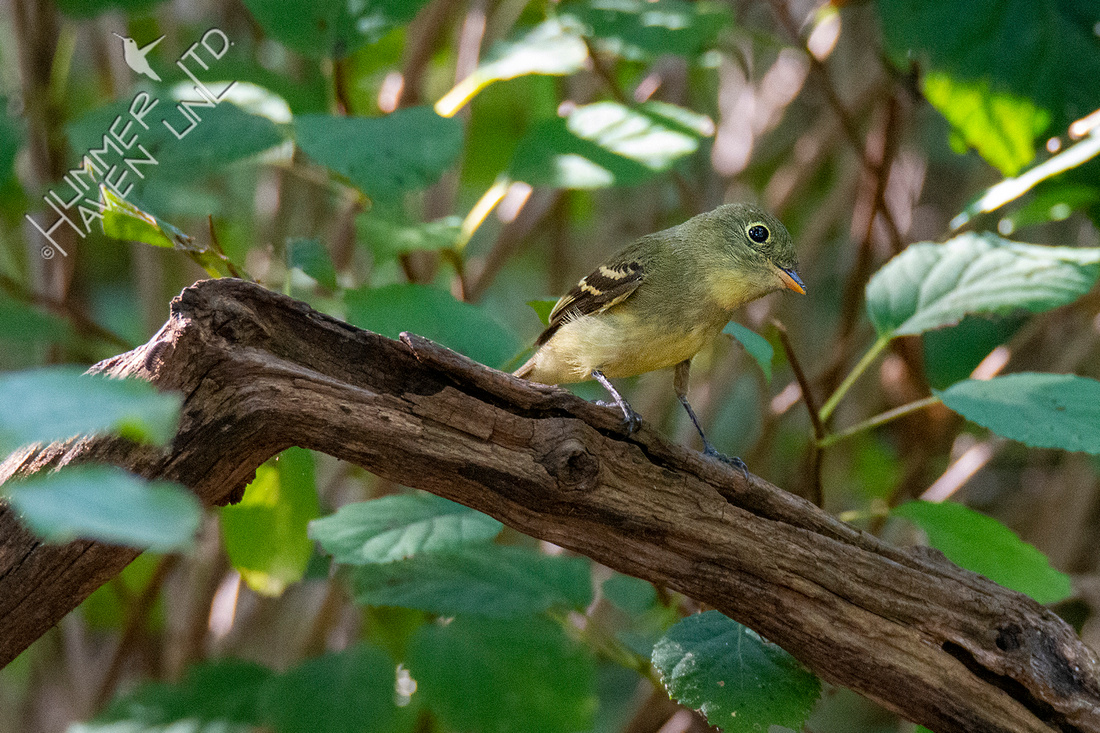 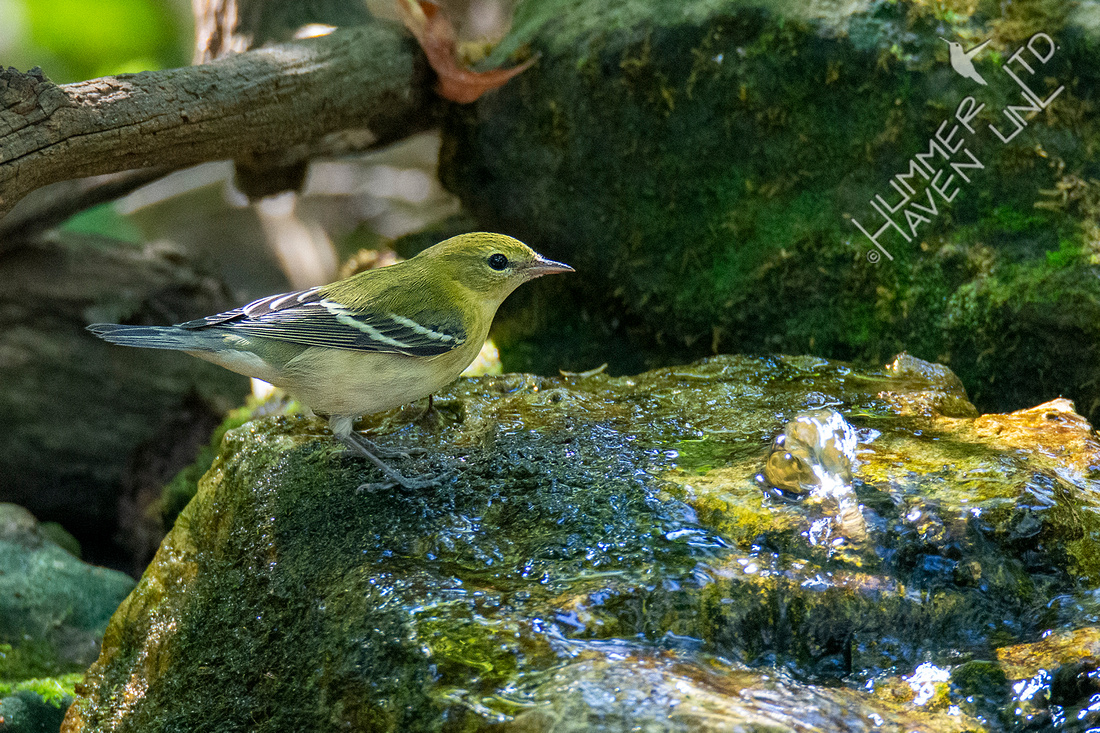 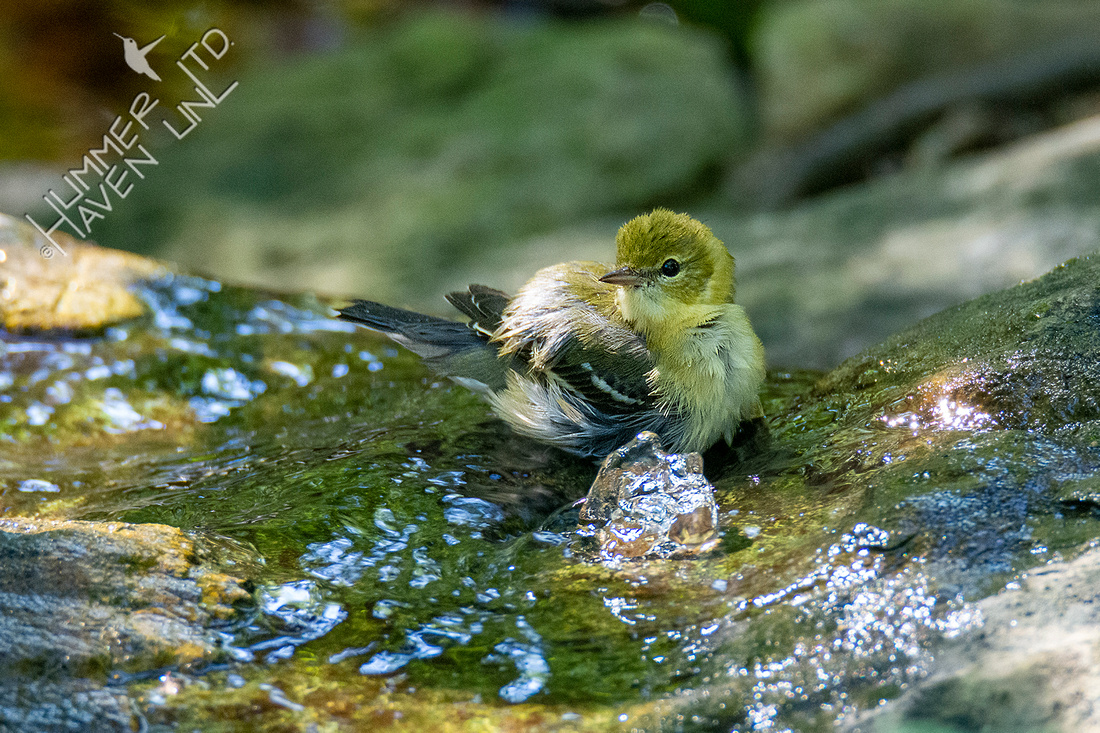 A Bay-breasted Warbler was a first of fall bird that Wednesday. 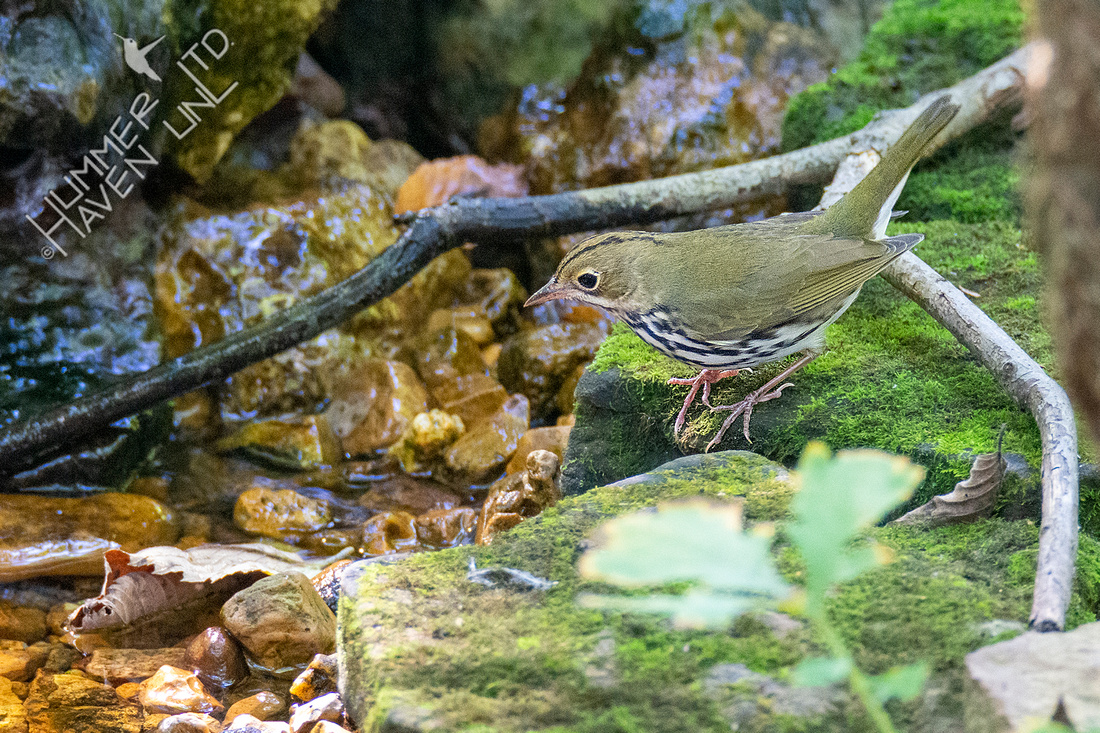 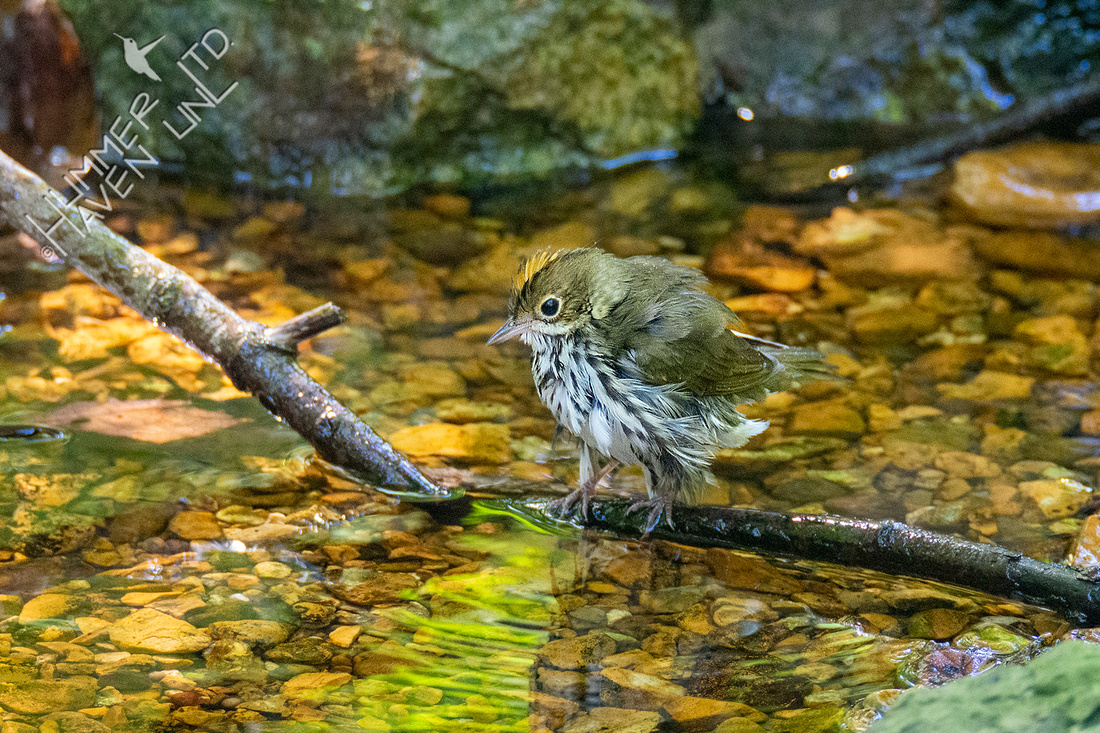 An Ovenbird walked in "the back door" to enjoy splashing about. Another FOS (first of season) bird was heard and seen, a Red-breasted Nuthatch. It was in too big of a hurry for a photo. 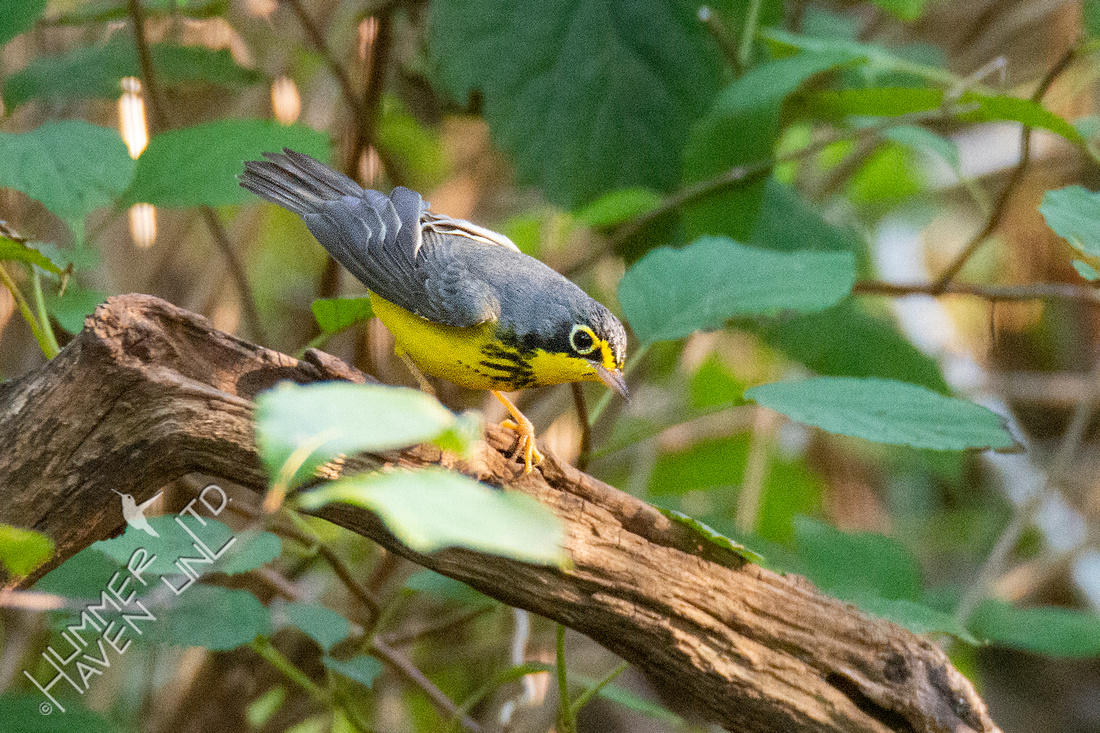 This Canada Warbler was seen several times throughout that day, bringing the warbler total to seven. 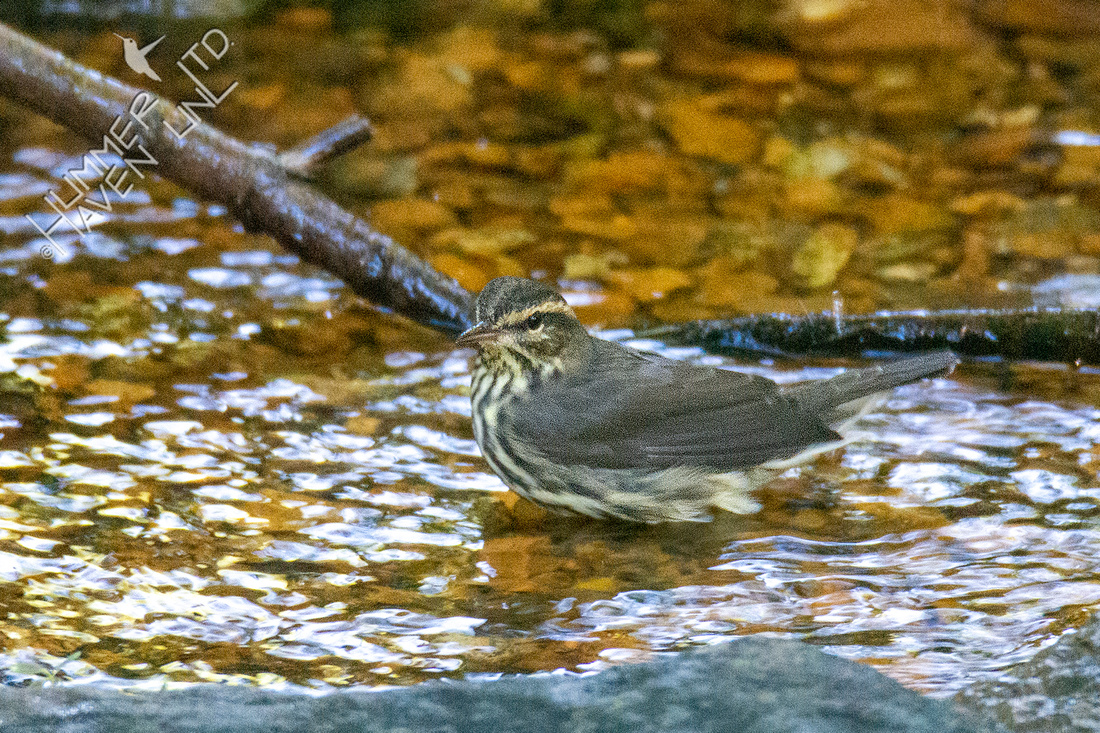 On Thursday, 9-9-21 a cool front had moved through making for a delightfully cool day with ten warbler species of 32 in total. This Northern Waterthrush was at the bubbler very early in the morning. 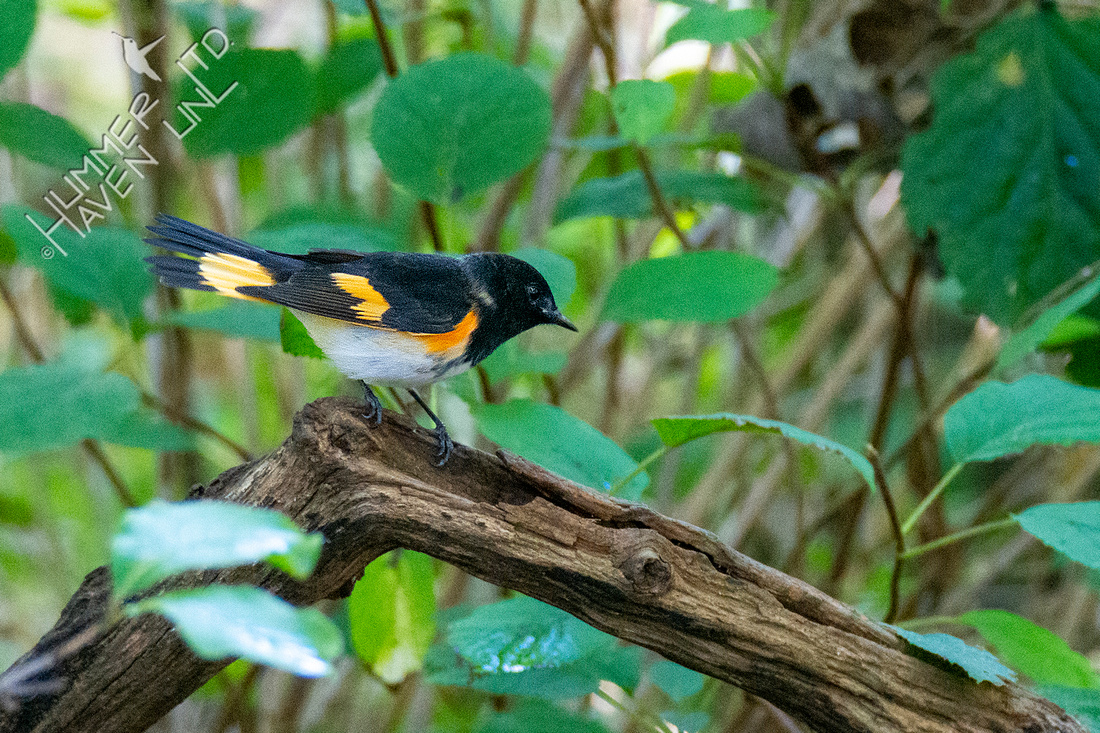 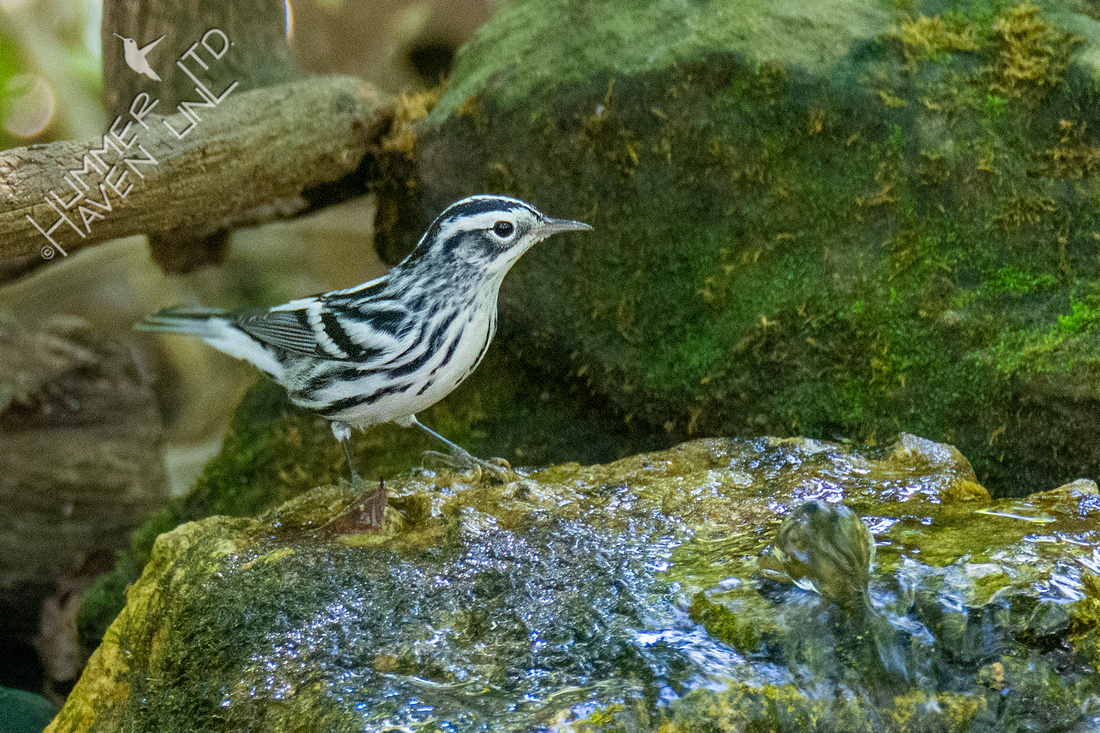 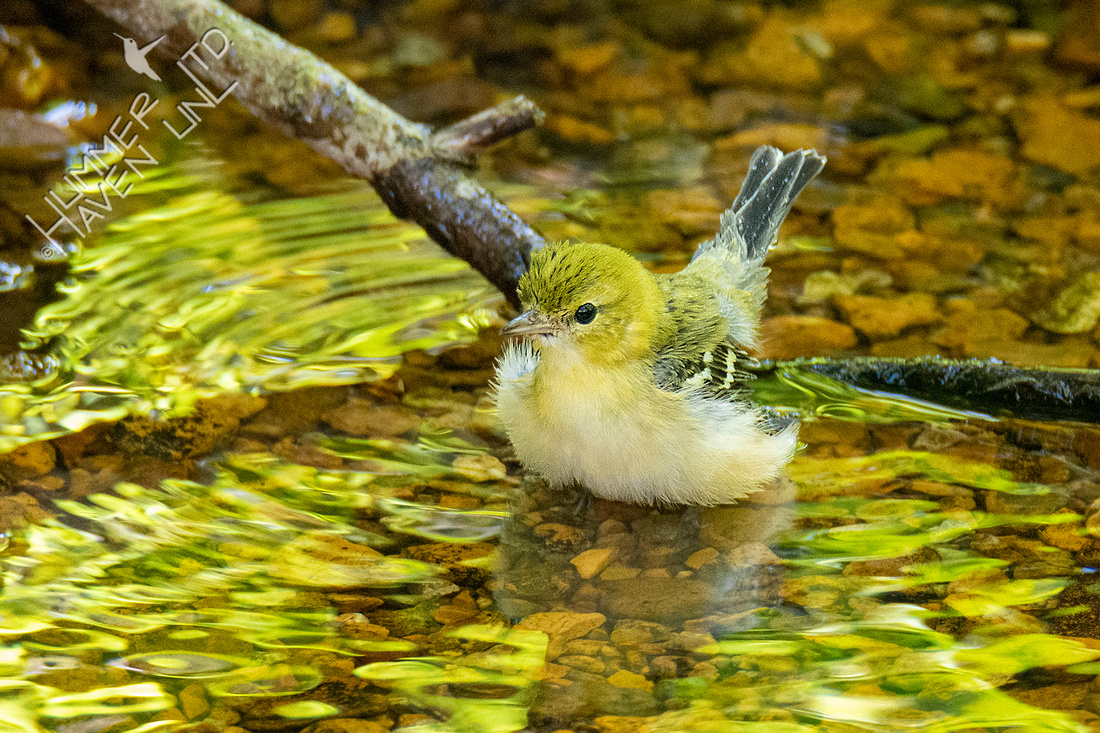 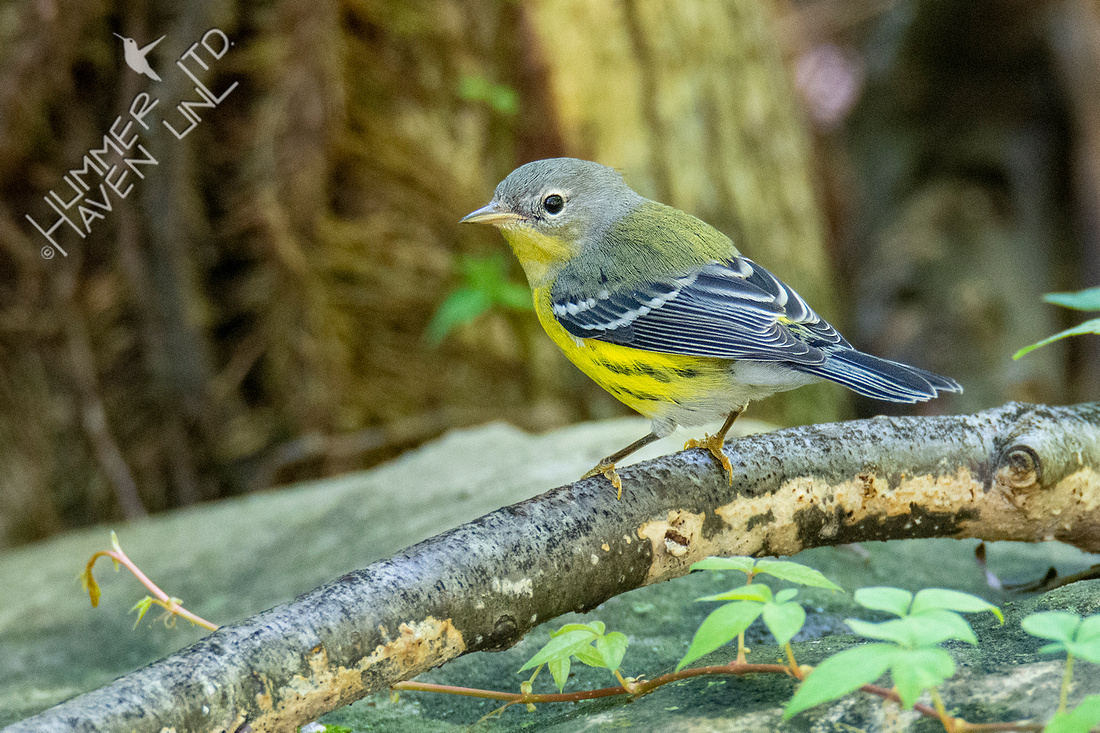 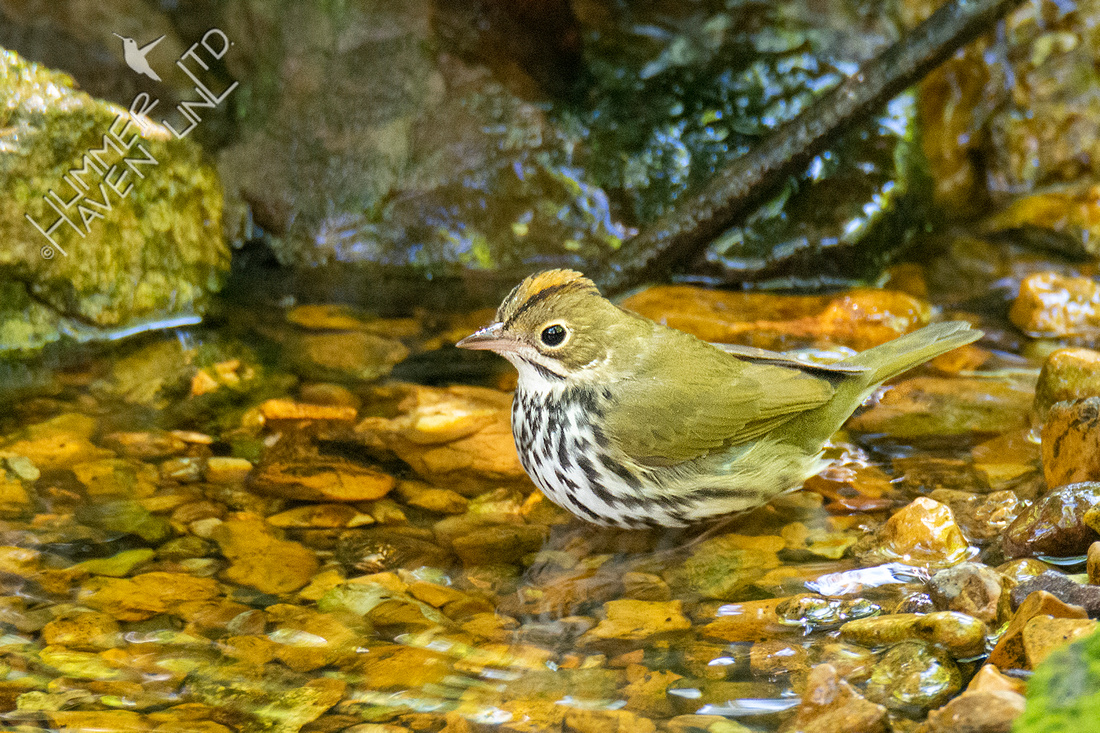 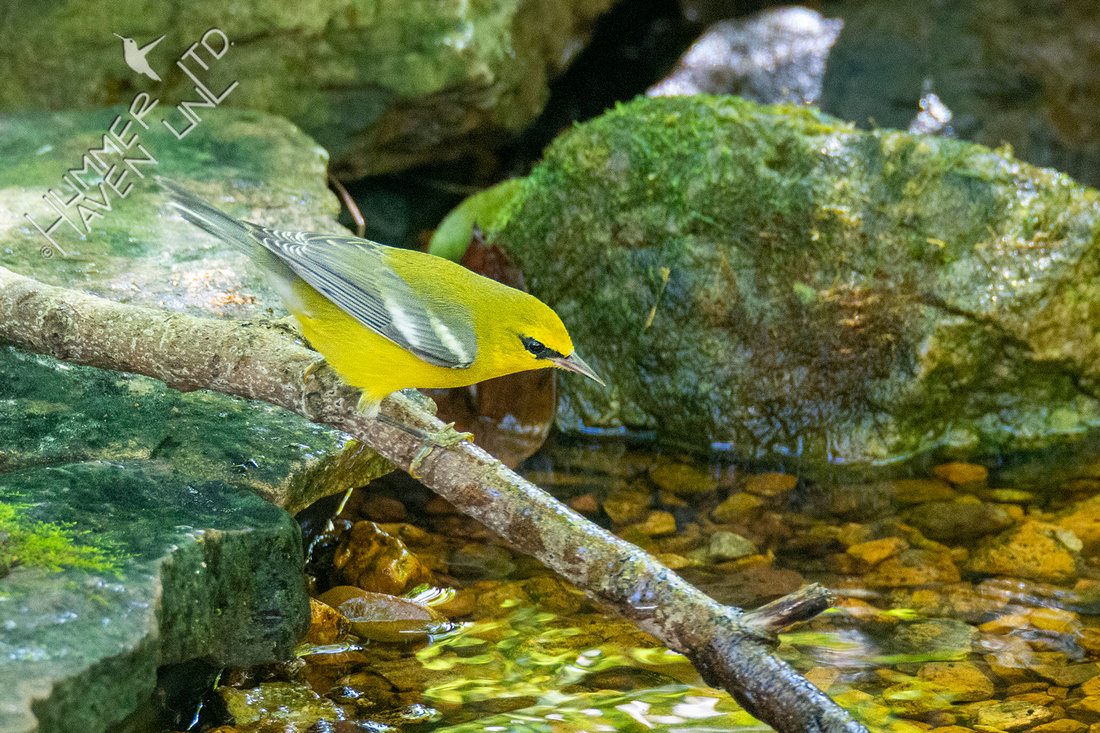 Magnolia Warblers, the Ovenbird and a Blue-winged Warbler joined in the activity. 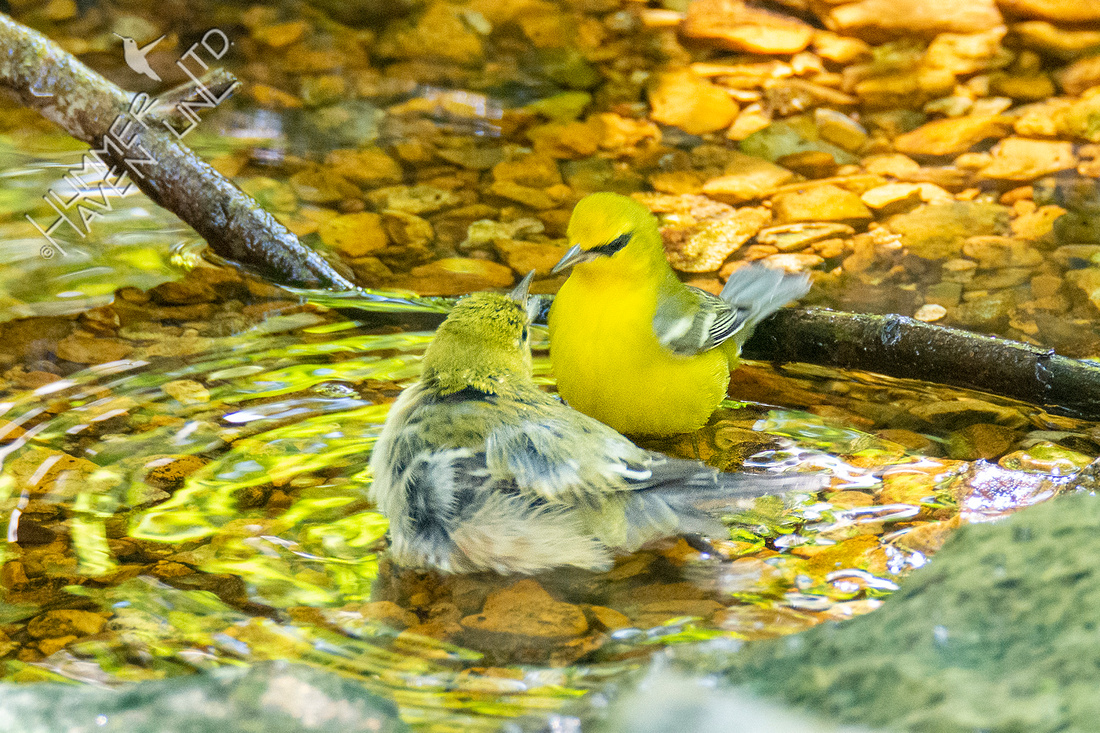 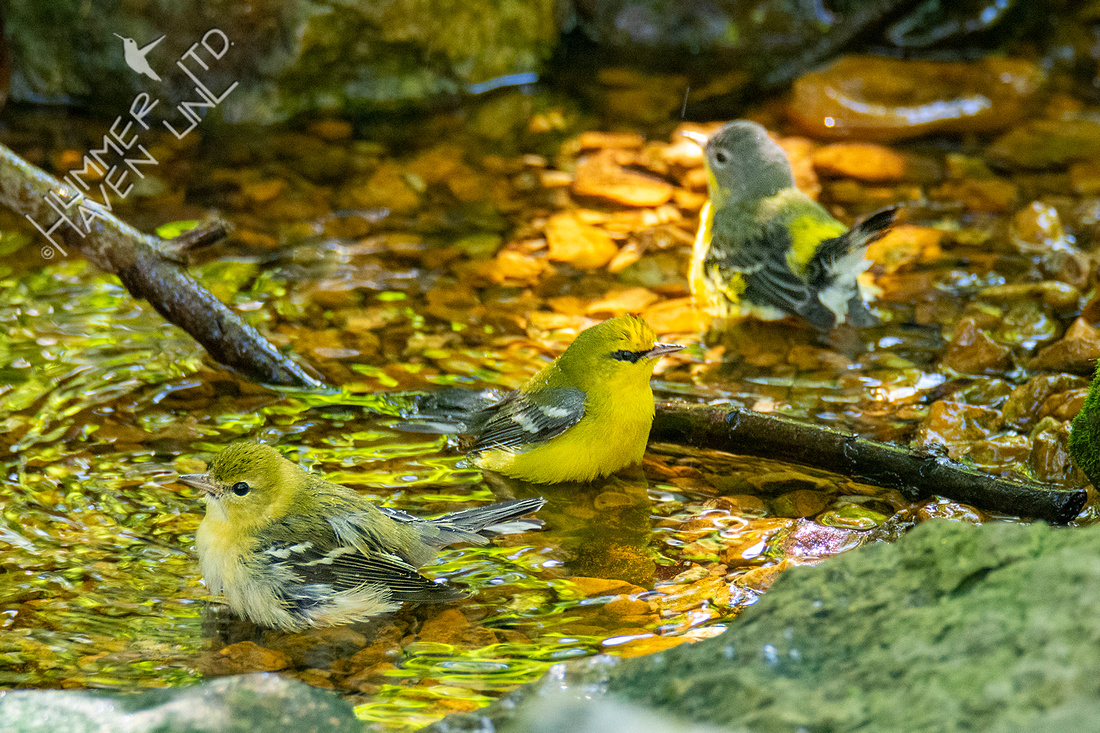 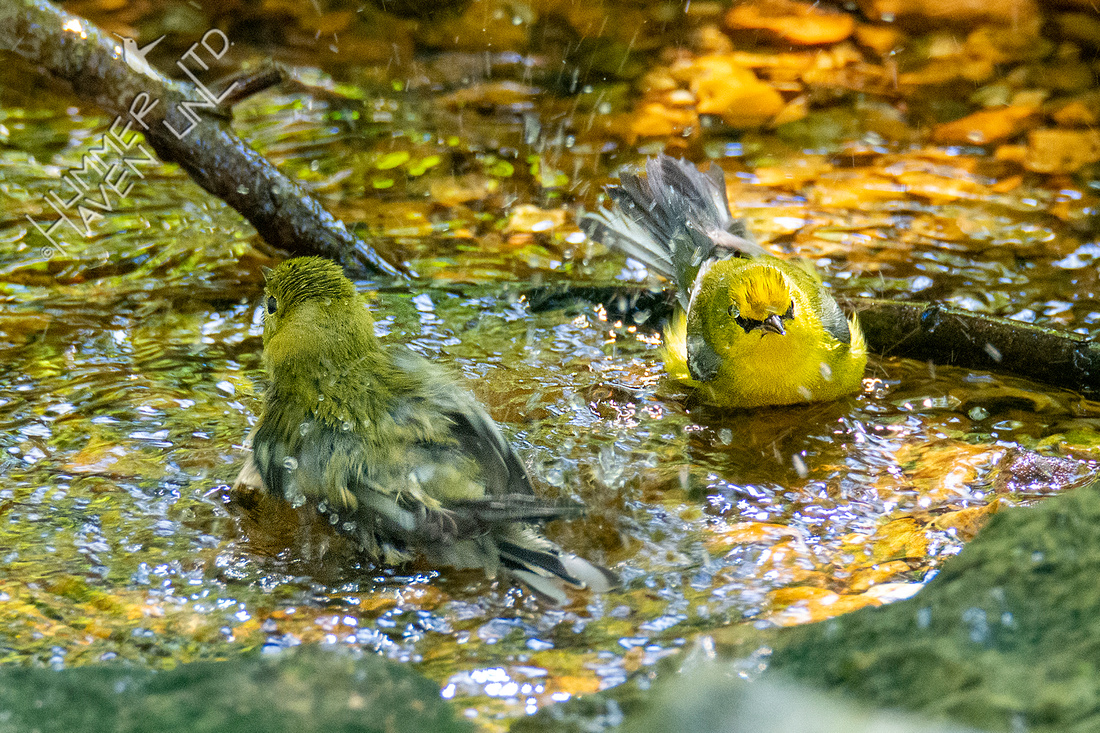 There was some discussion between the Bay-breasted and Blue-winged, but they worked it out and a Magnolia Warbler came to the party. 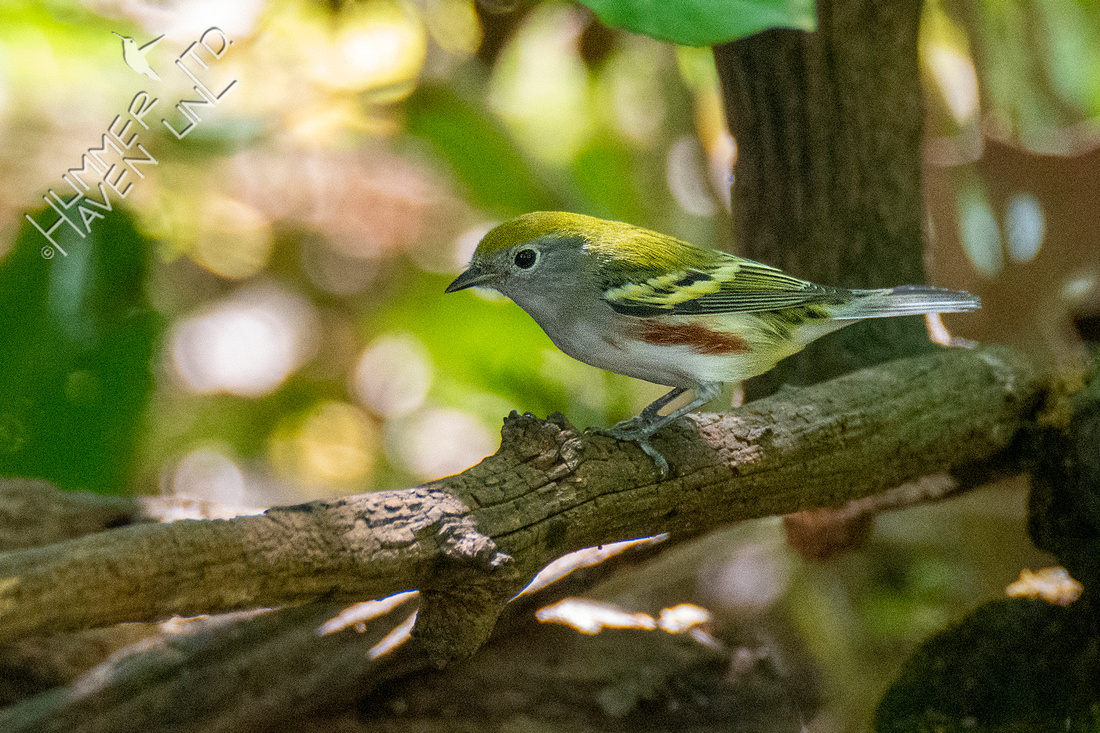 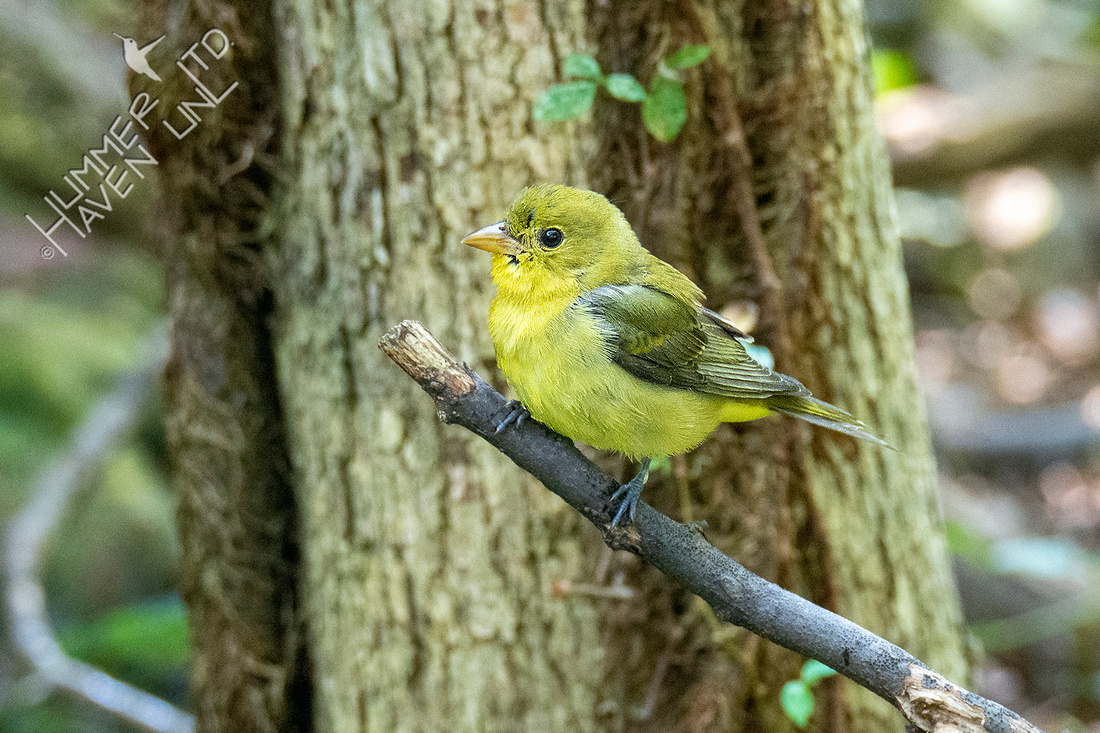 The female Scarlet Tanager is the second we've seen this fall. 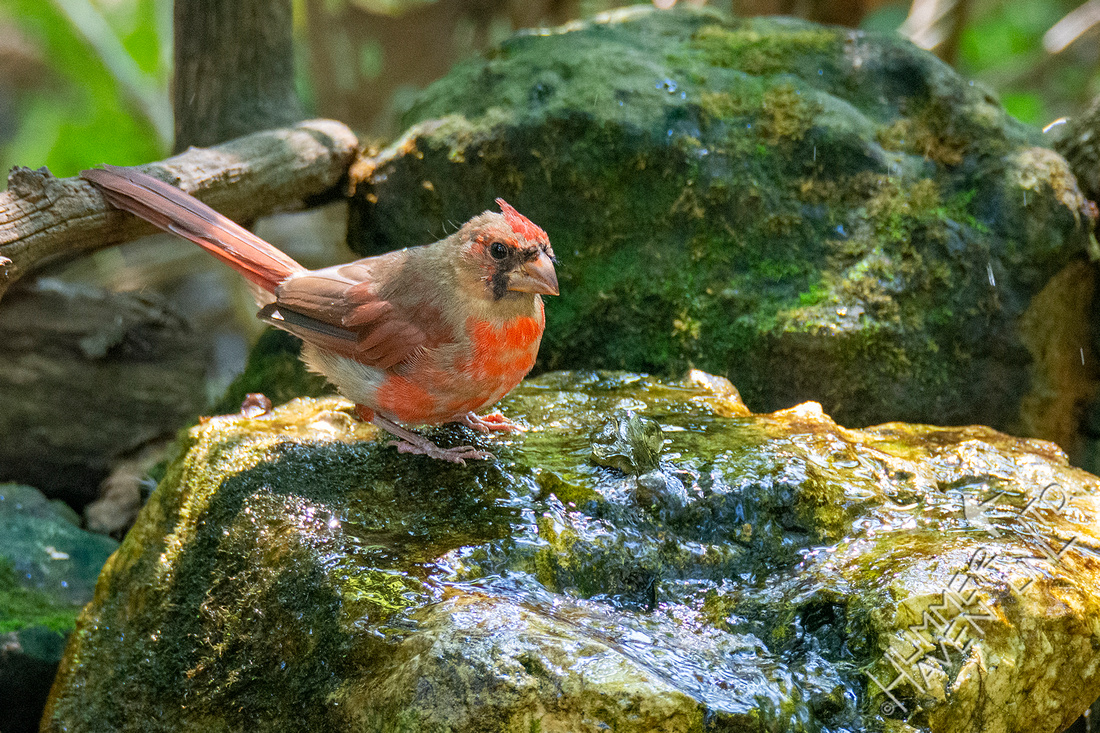 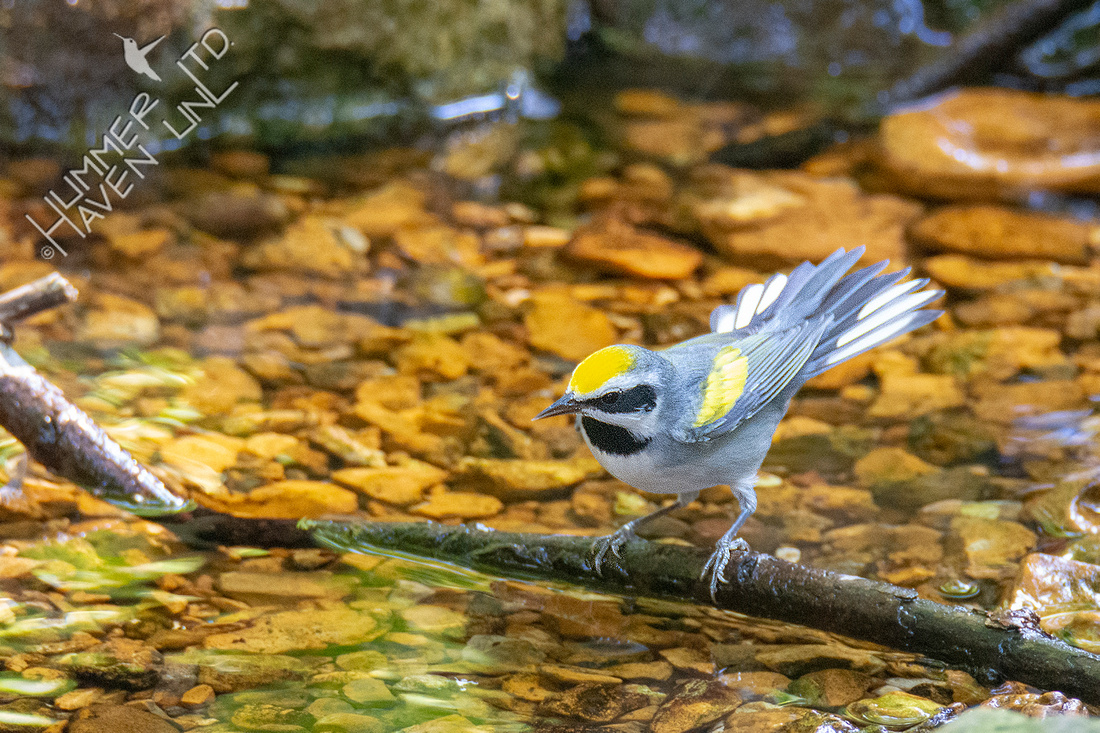 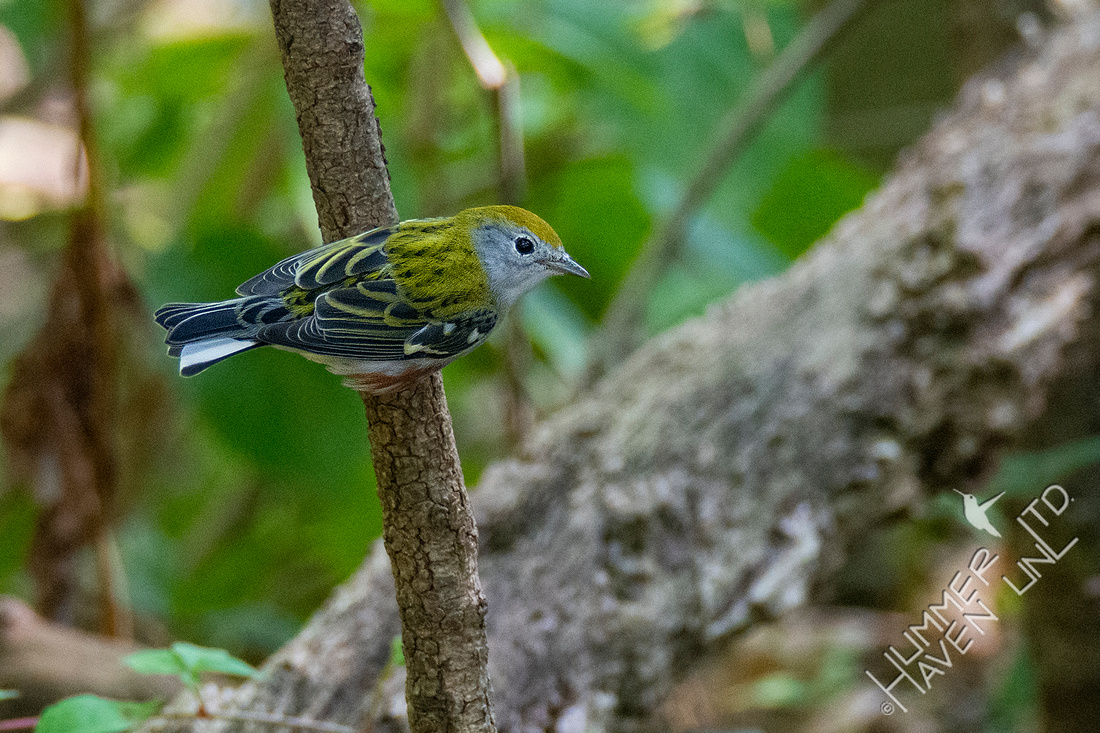 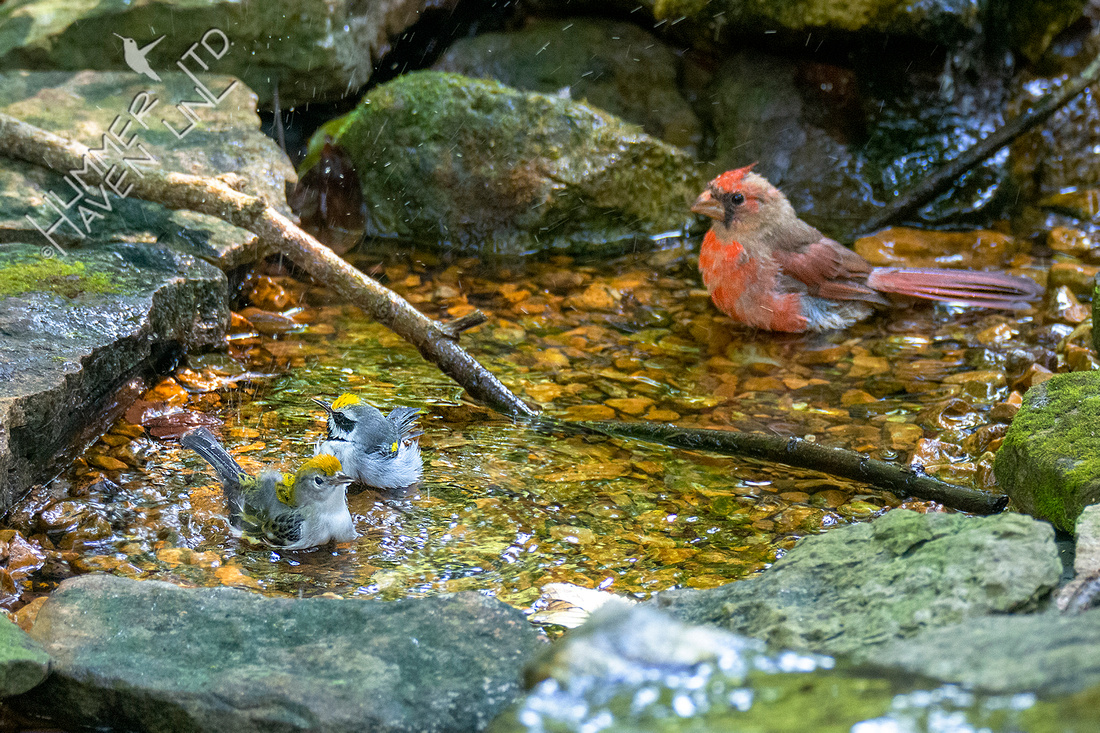 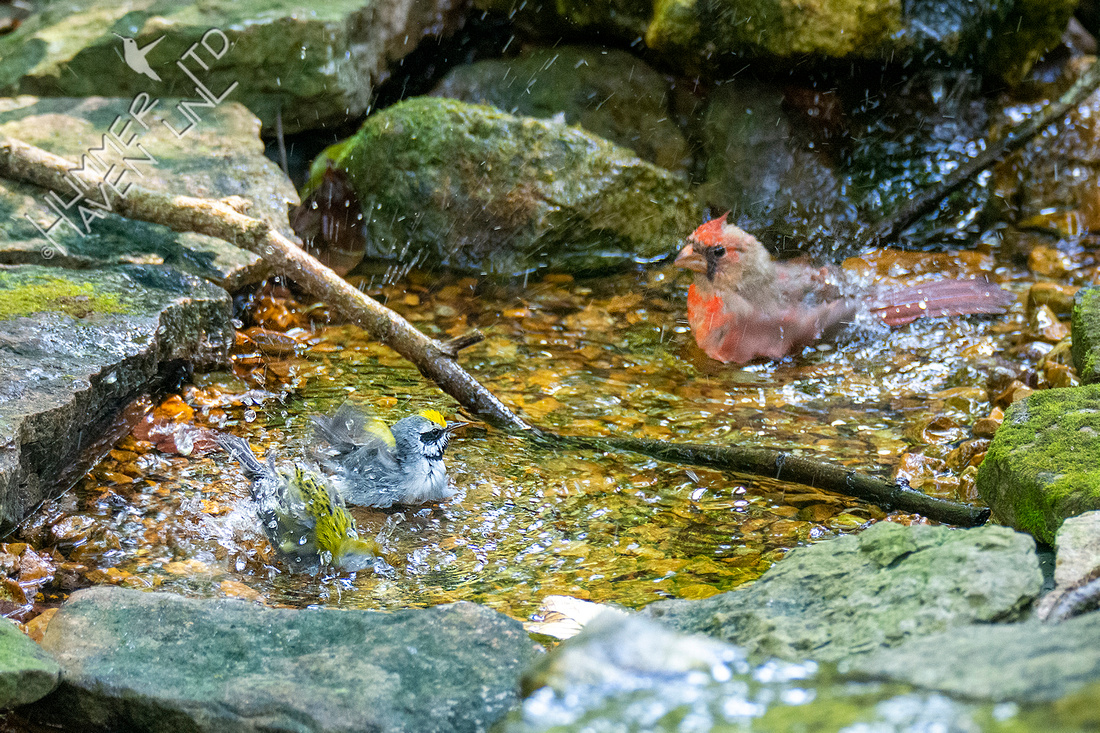 A young male Northern Cardinal explored the Bubbler area for the first time on its own. Golden-winged and Chestnut-sided Warblers decided the larger bird was no threat to them! 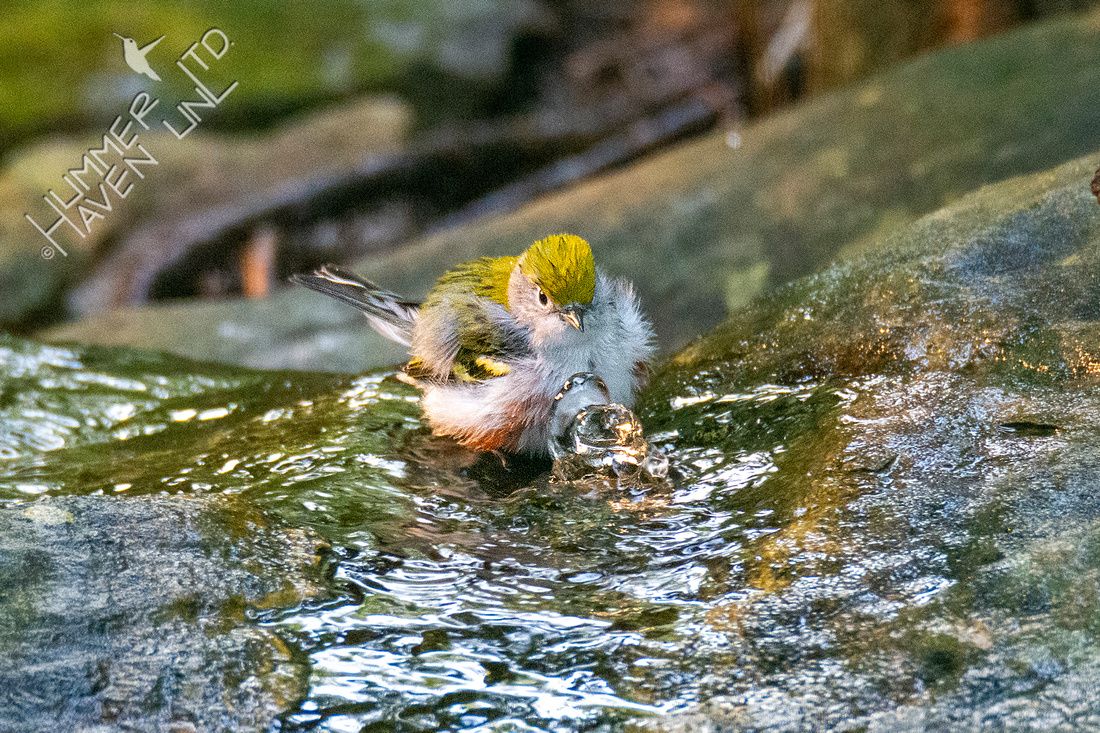 The Chestnut-sided Warbler returned later and had the "bubble" on the large rock all to itself.

To see all the photos: