Migrants are still parading through, sometimes stopping long enough to check out the facilities.

Our FOS (first-of season) tanagers have been here. The Scarlet Tanager is now in non-breeding plumage, with dull yellow feathers like the females, but with darker black wings.There has been one male here three times or three males at different times, who knows? Only the bird, and it won't tell me. This one spent eight full minutes pondering the bubbler and finally getting into the basin, where it was watched by a Downy Woodpecker. 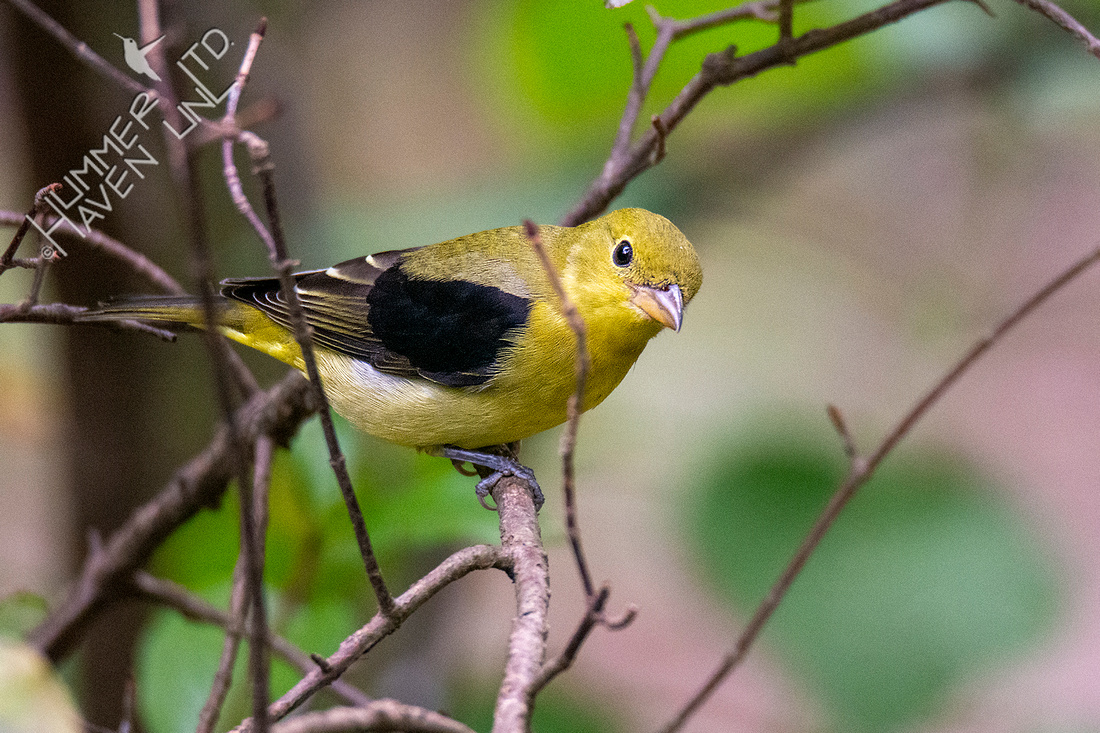 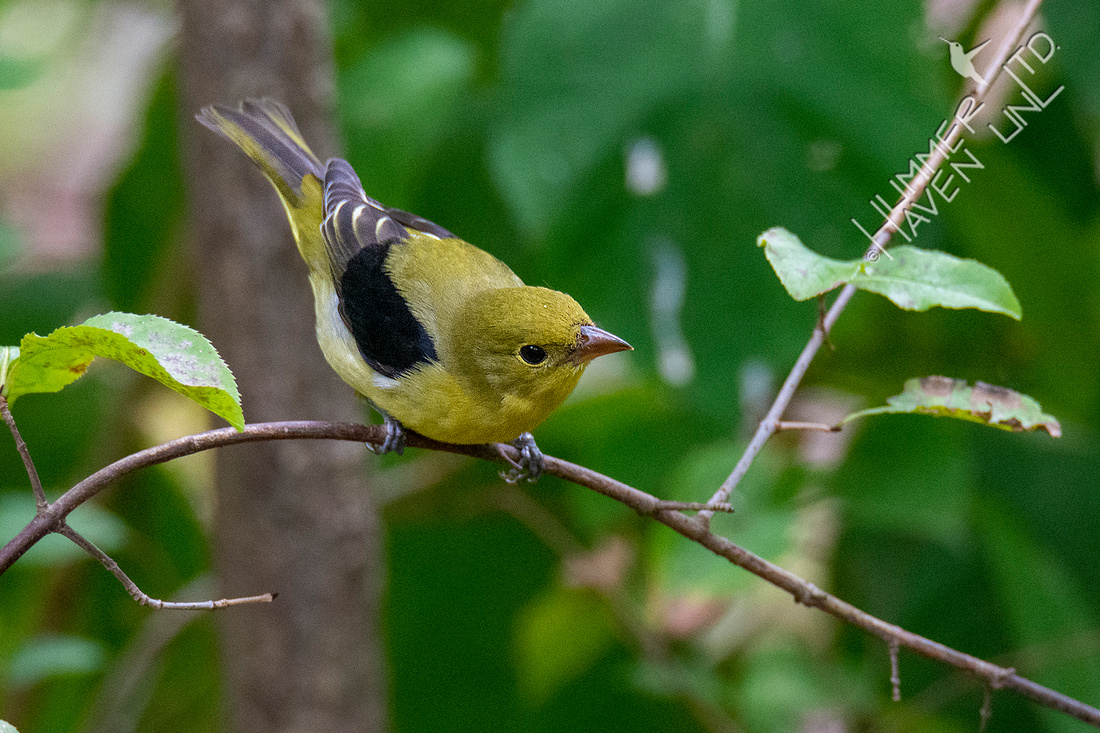 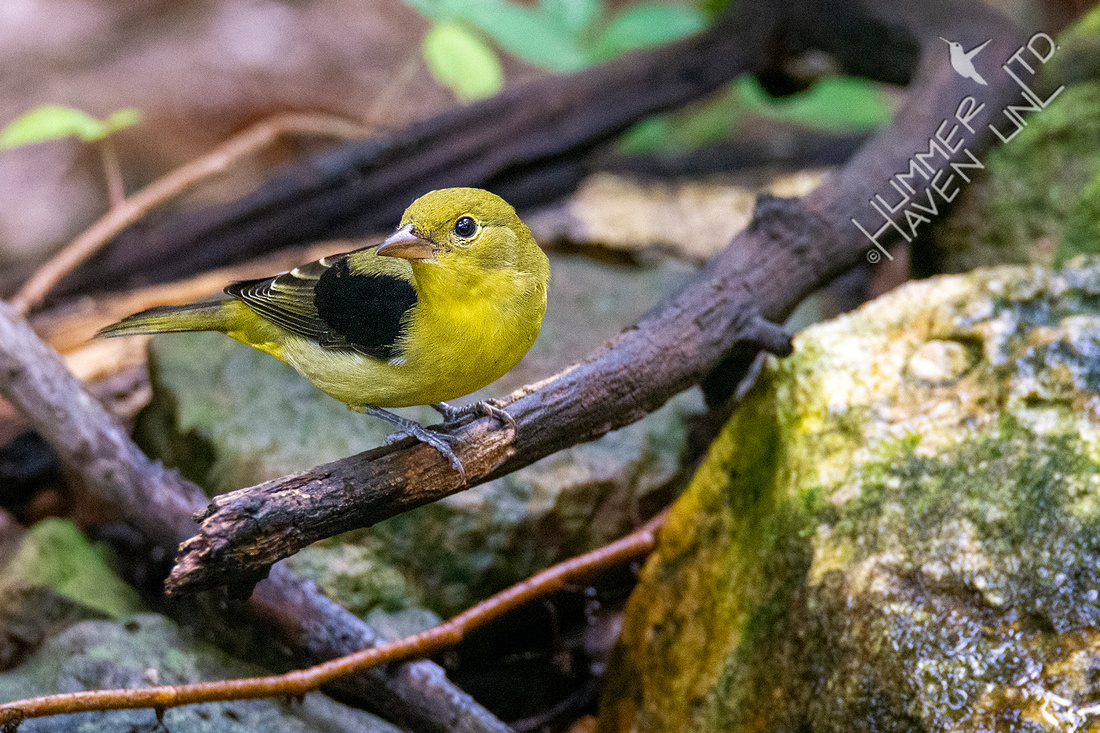 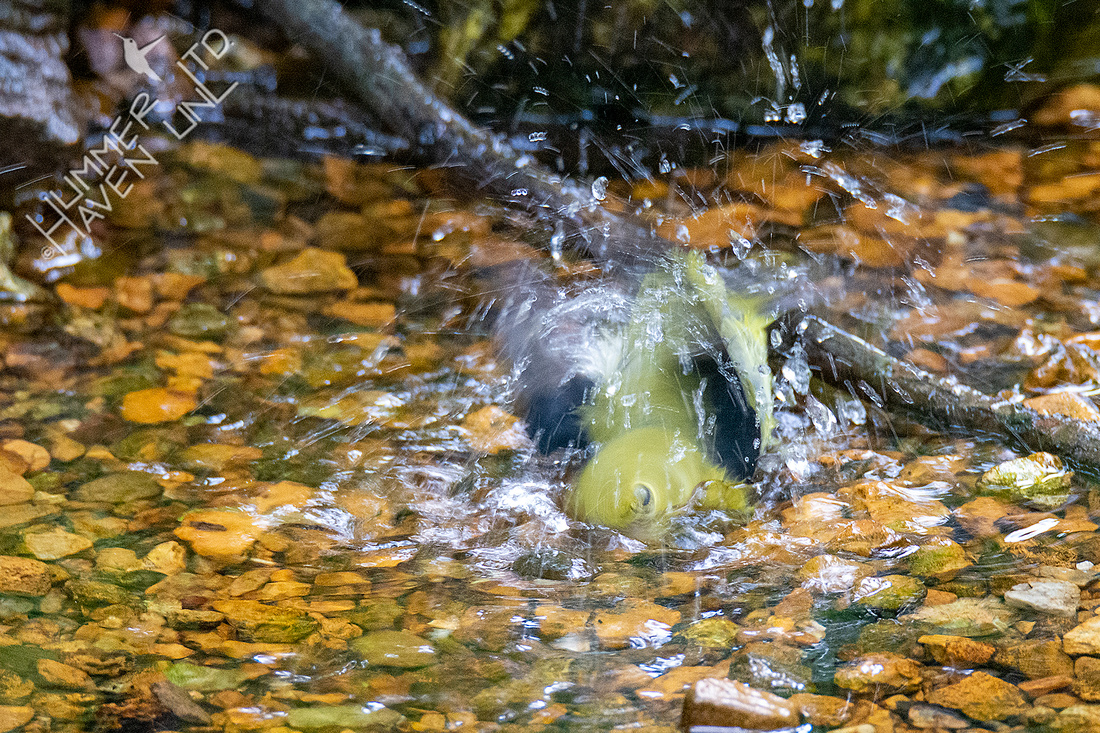 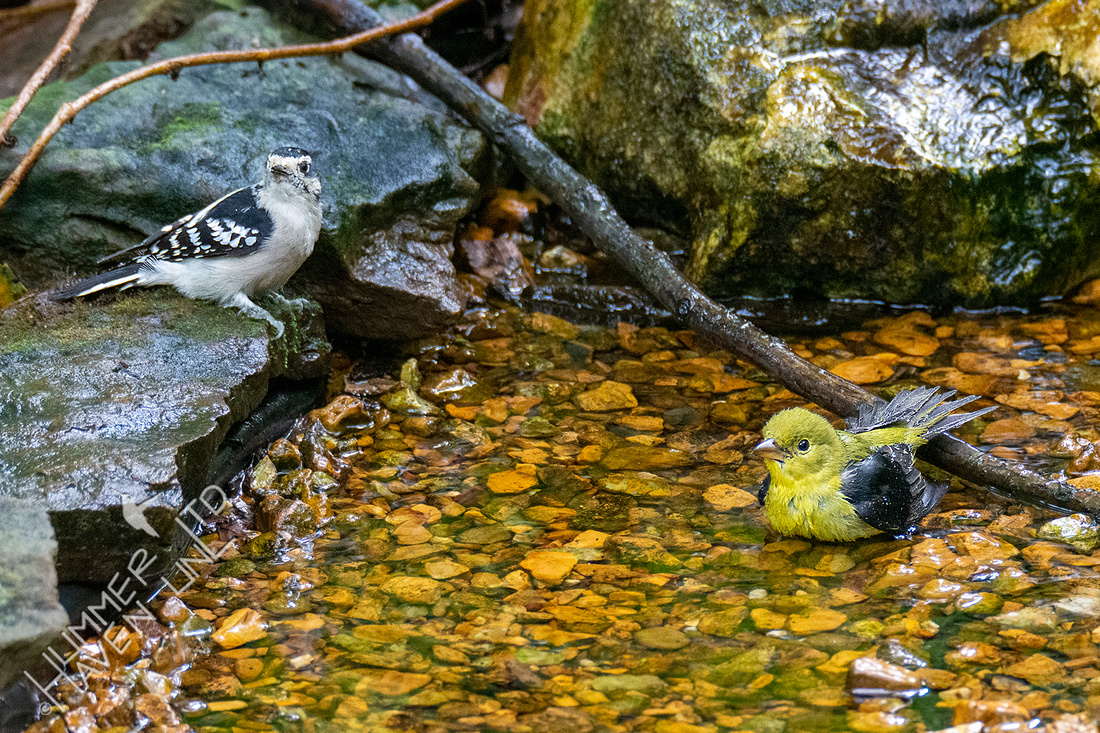 This female Summer Tanager didn't hesitate as long. It was joined by a Carolina Chickadee and Magnolia Warbler for easy size comparison. Its raised head feathers form a bit of a crest, not often seen, and its color has more of a warm, orangey tinge. 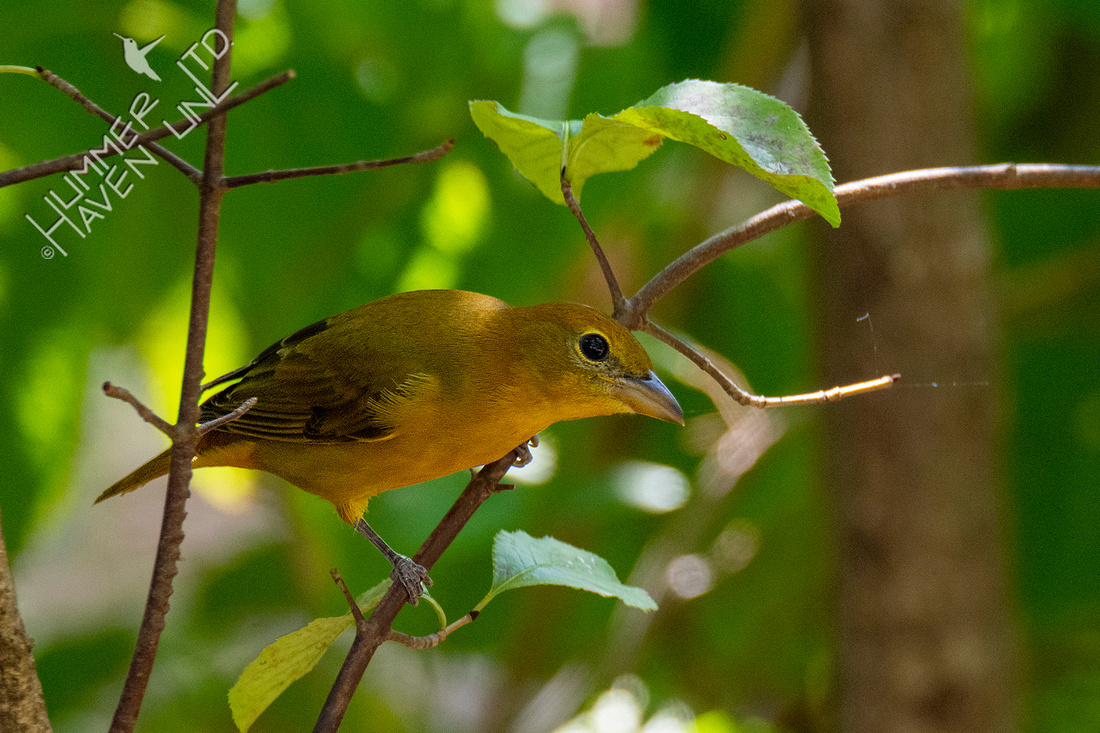 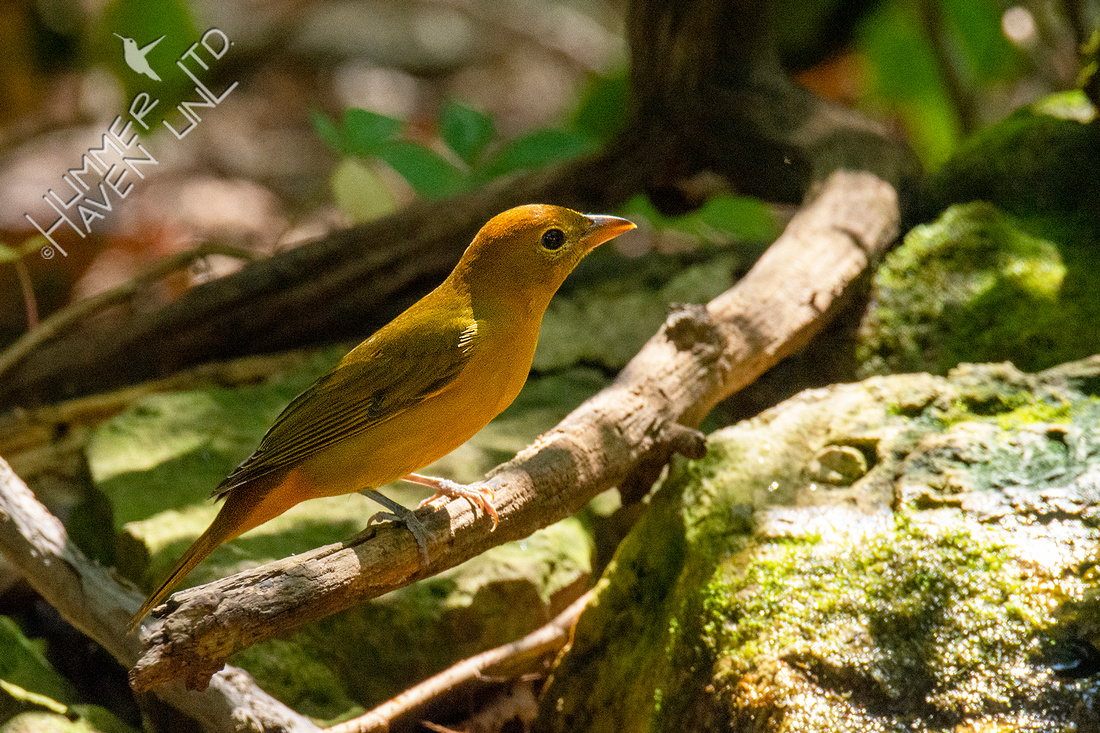 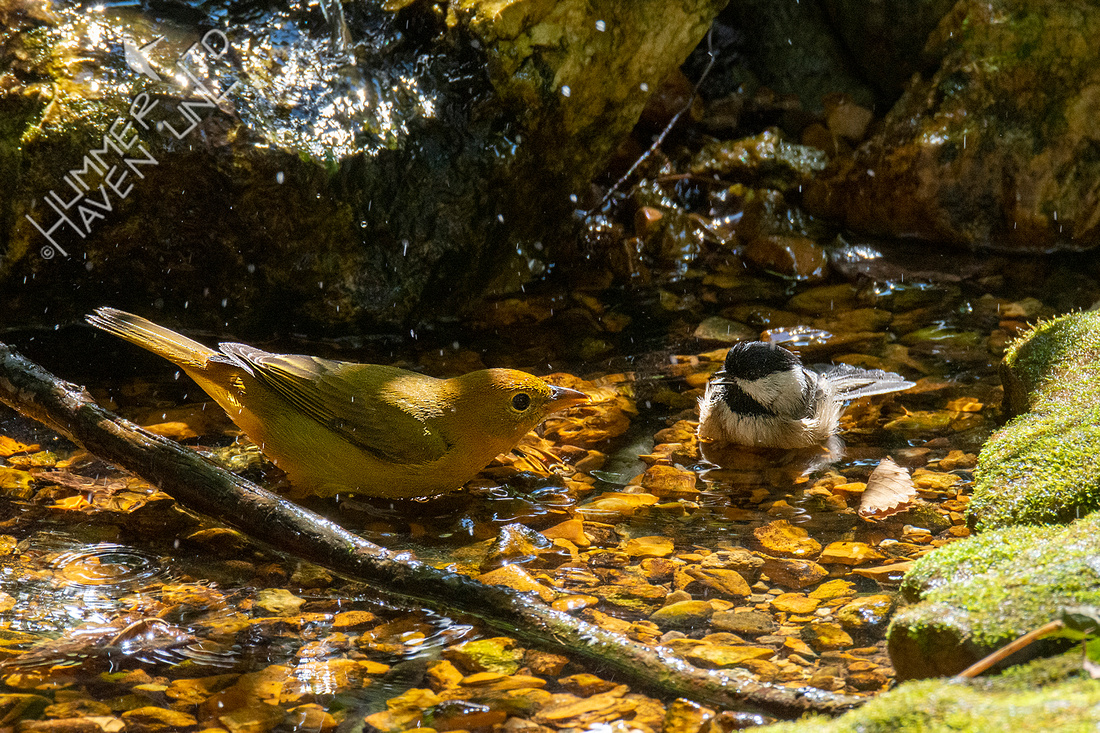 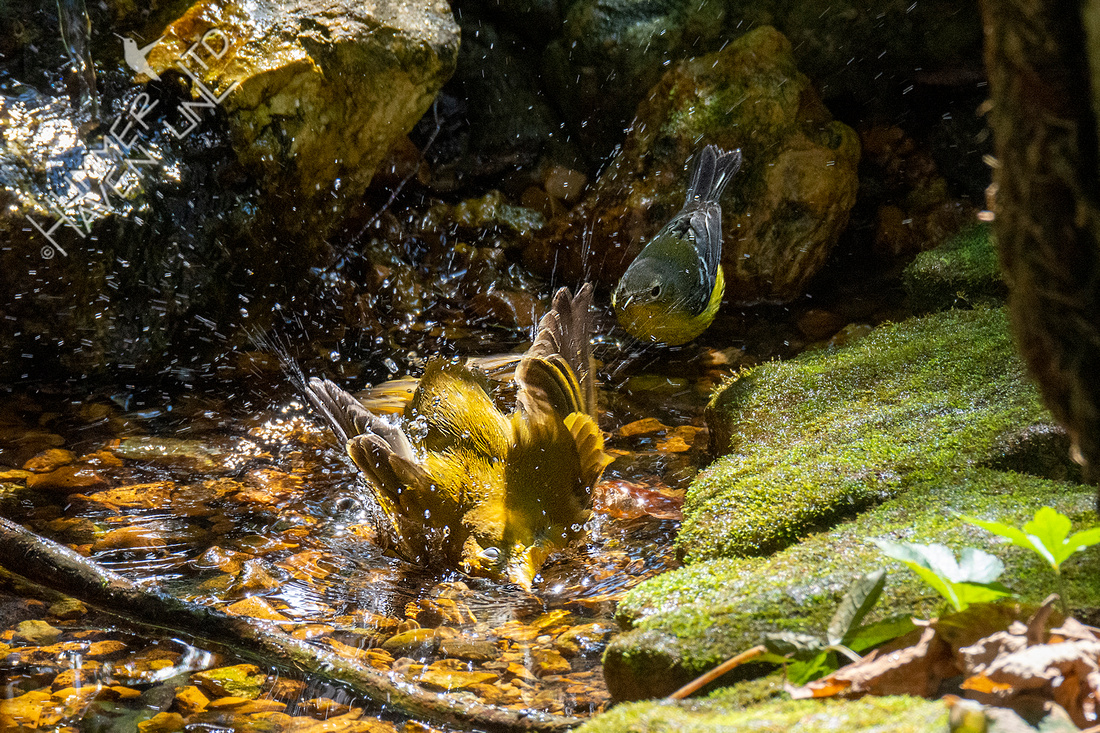 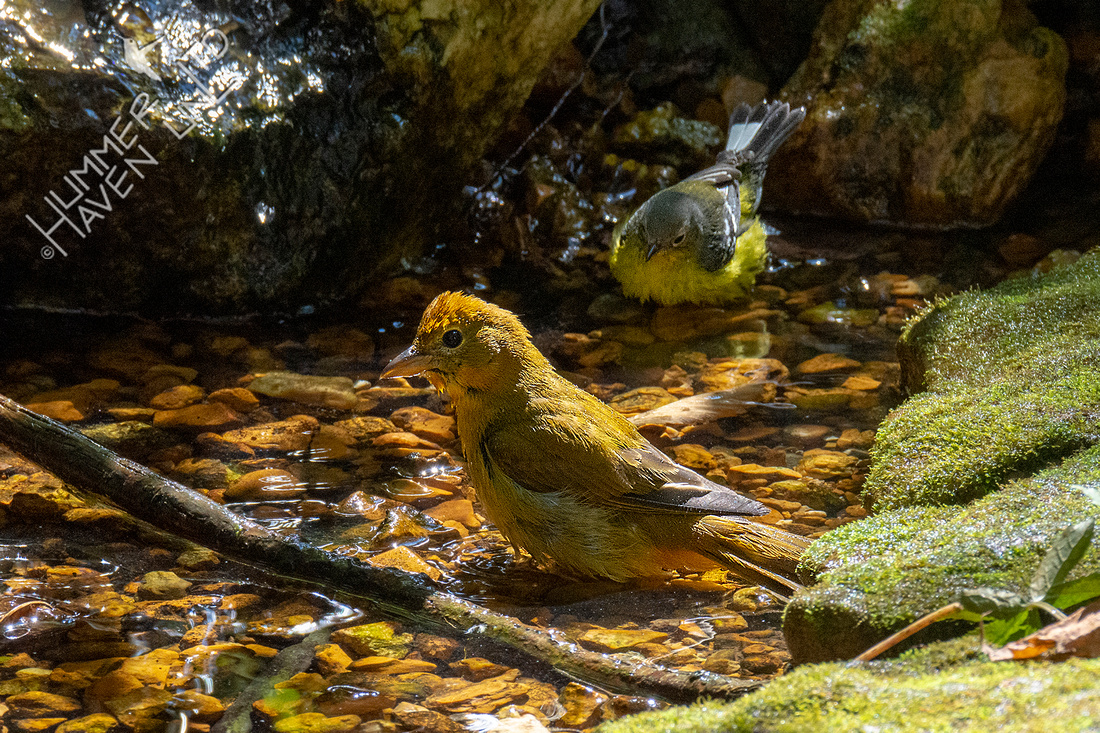 Philadelphia Vireos have also been here a few times, considering a splash-bath, or maybe not. 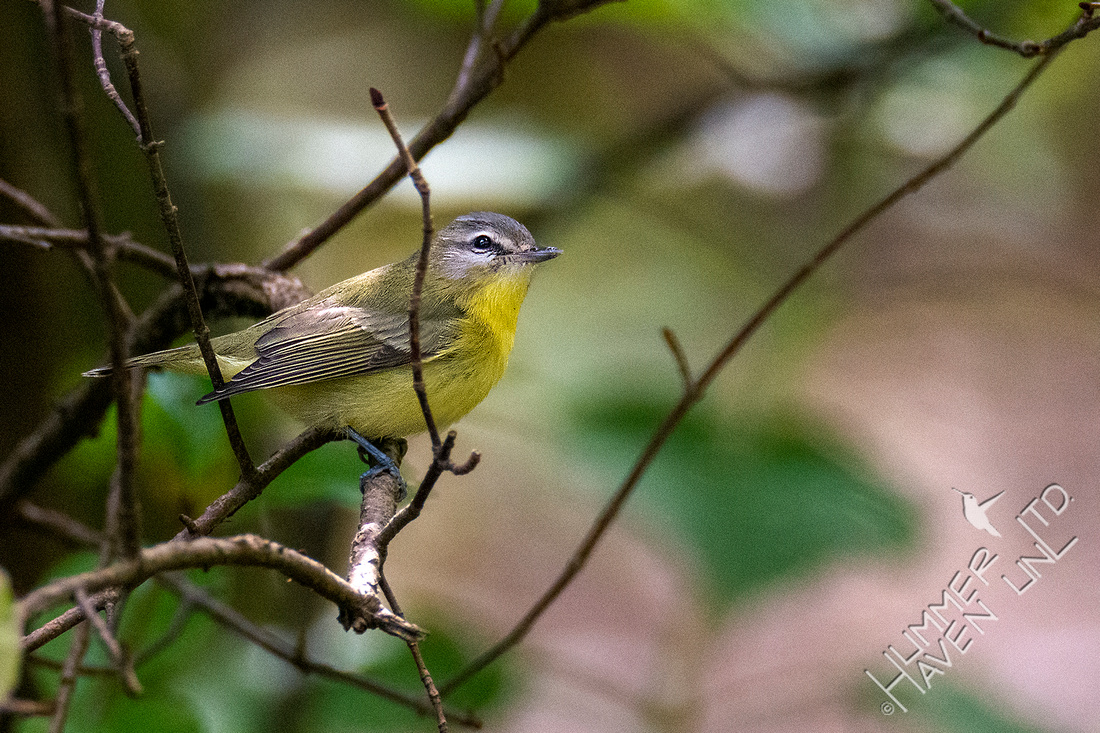 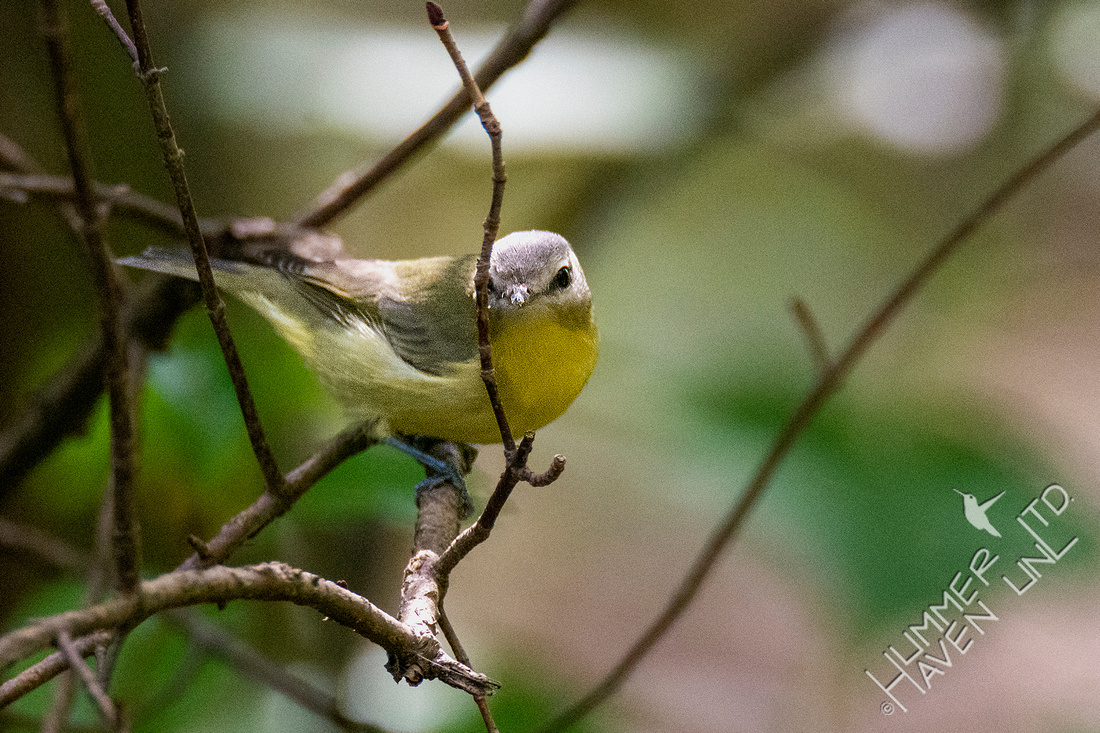 A young male Rose-breasted Grosbeak joined the onlookers one day. 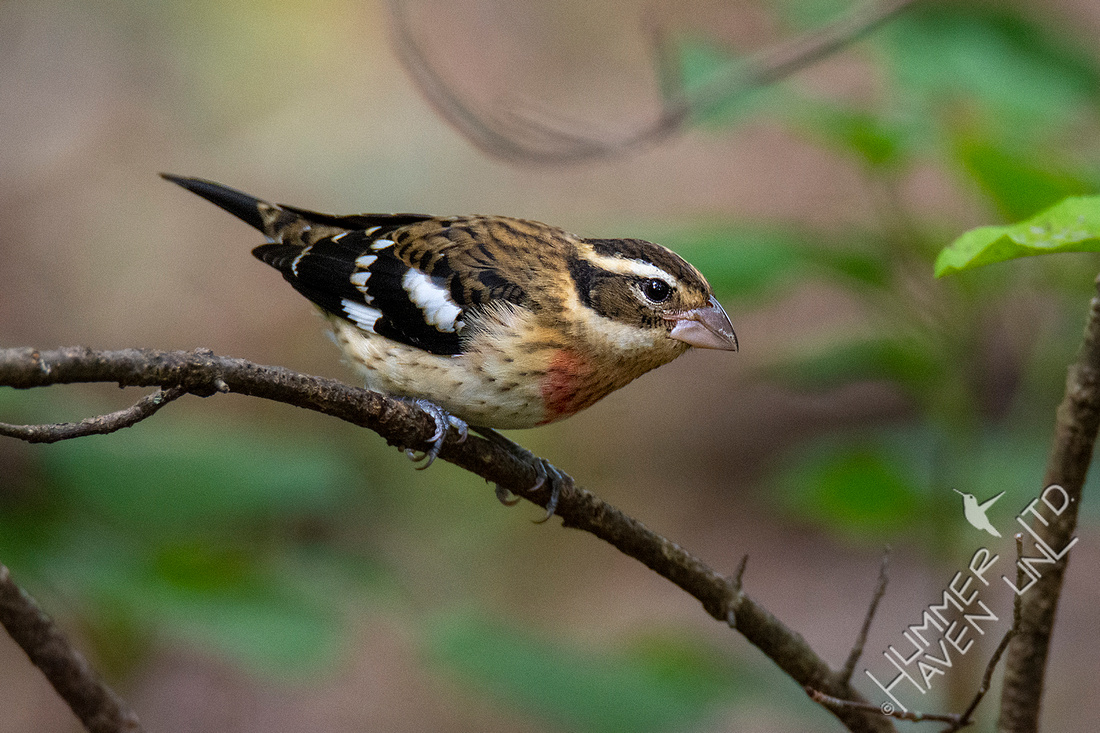 Ruby-throated Hummingbirds are still vying for the feeders and flowers, fattening up for the long flight ahead. 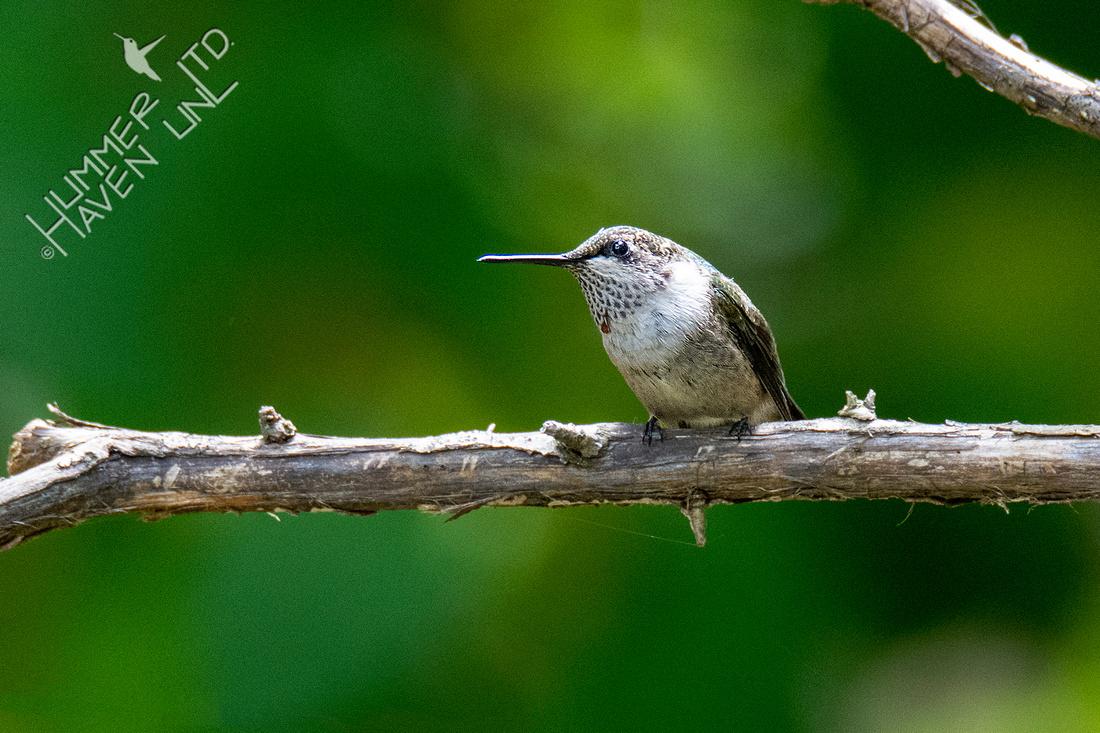 Warblers in small flocks still seem to be circling the neighborhood. Some days, I'll see eight or nine species in different combinations. Northern Parulas are one of the smallest, like this female. 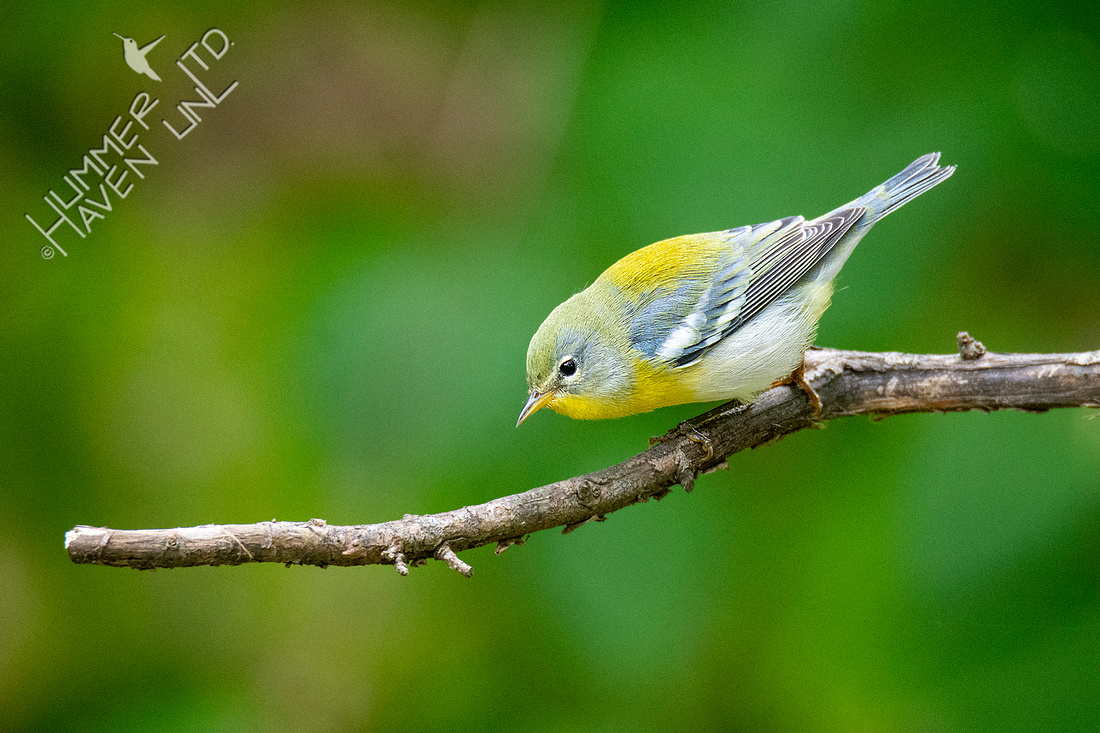 Magnolia Warblers wear some of the best camouflage. If you look up at one, it blends in with the sun and yellowing leaves. From the side, the mossy greens and grays on its back help it blend into the natural scene. 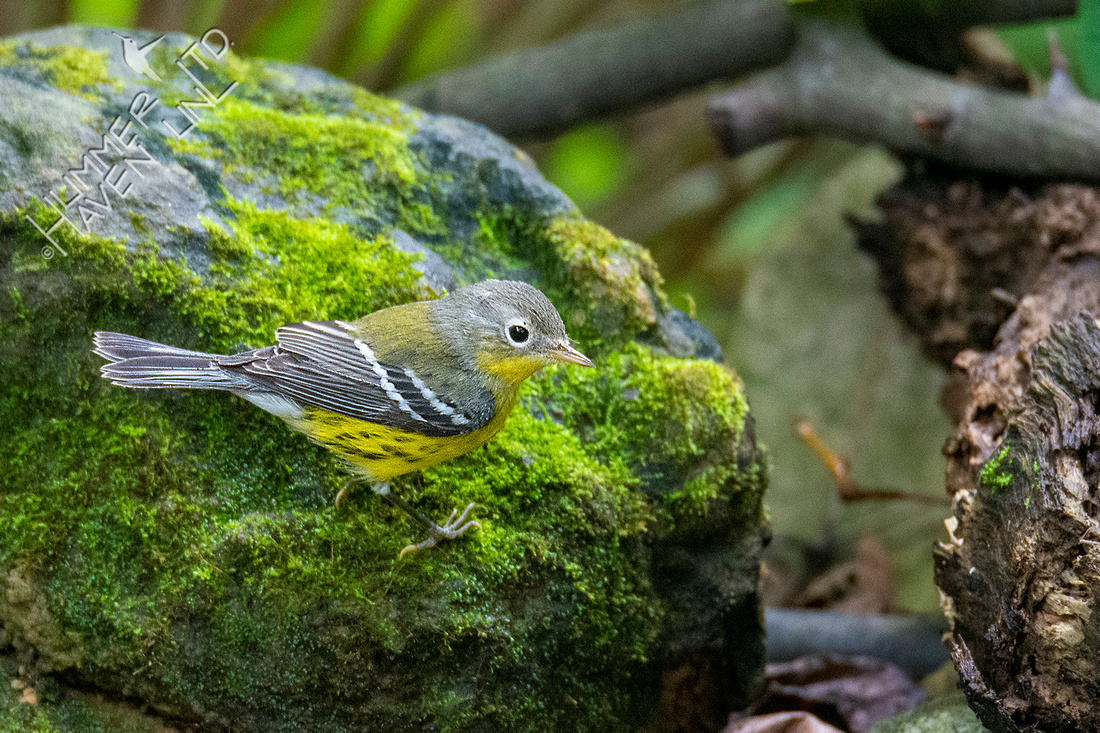 Bay-breasted Warblers are likewise suited to the environment they must traverse in the season. 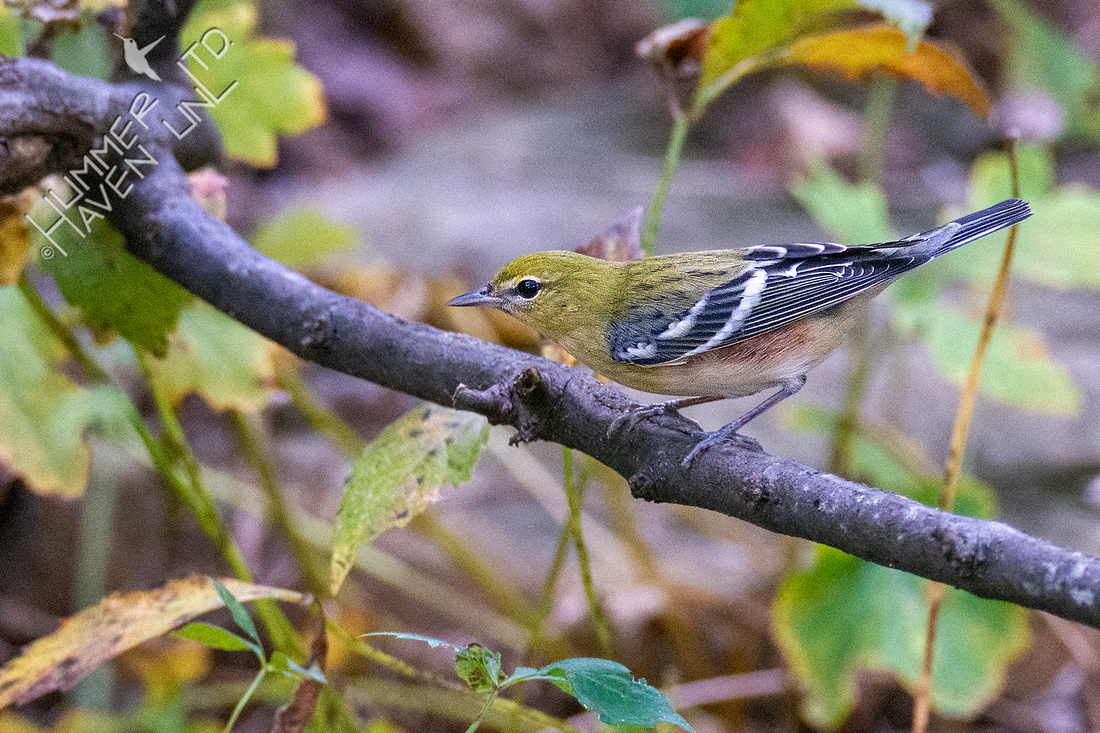 Finding enough food is what it's all about when these migrants make a rest stop. This Black-throated Green Warbler was catching flying ants, tasty little snacks. 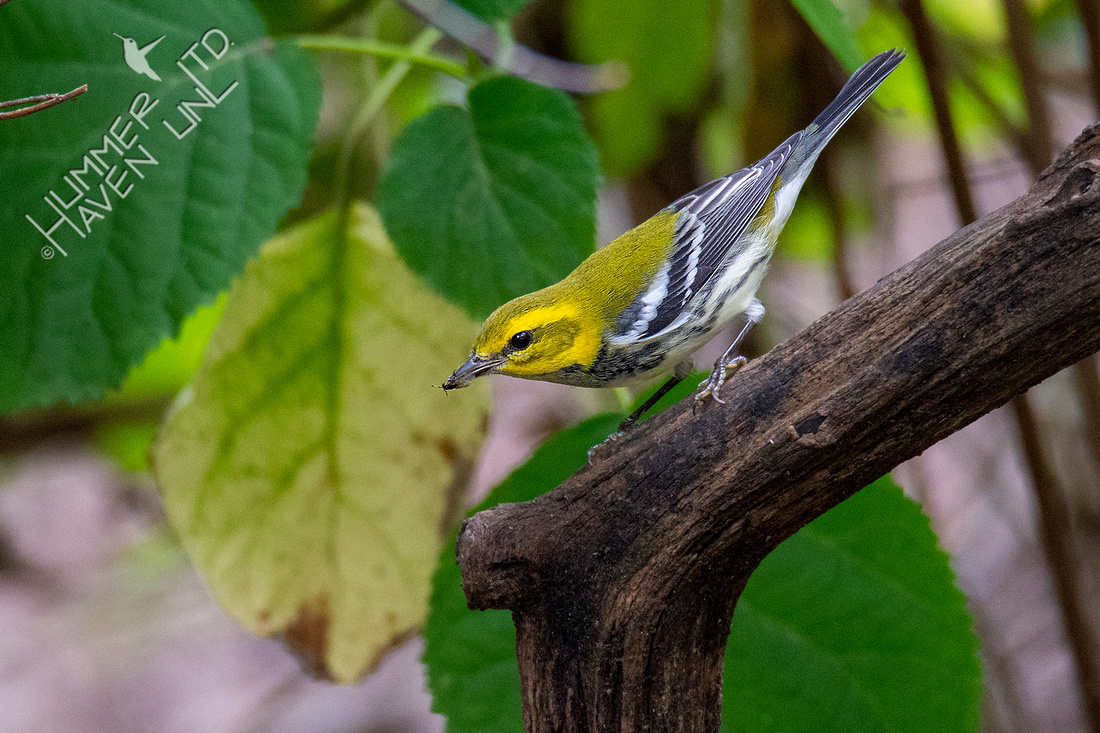 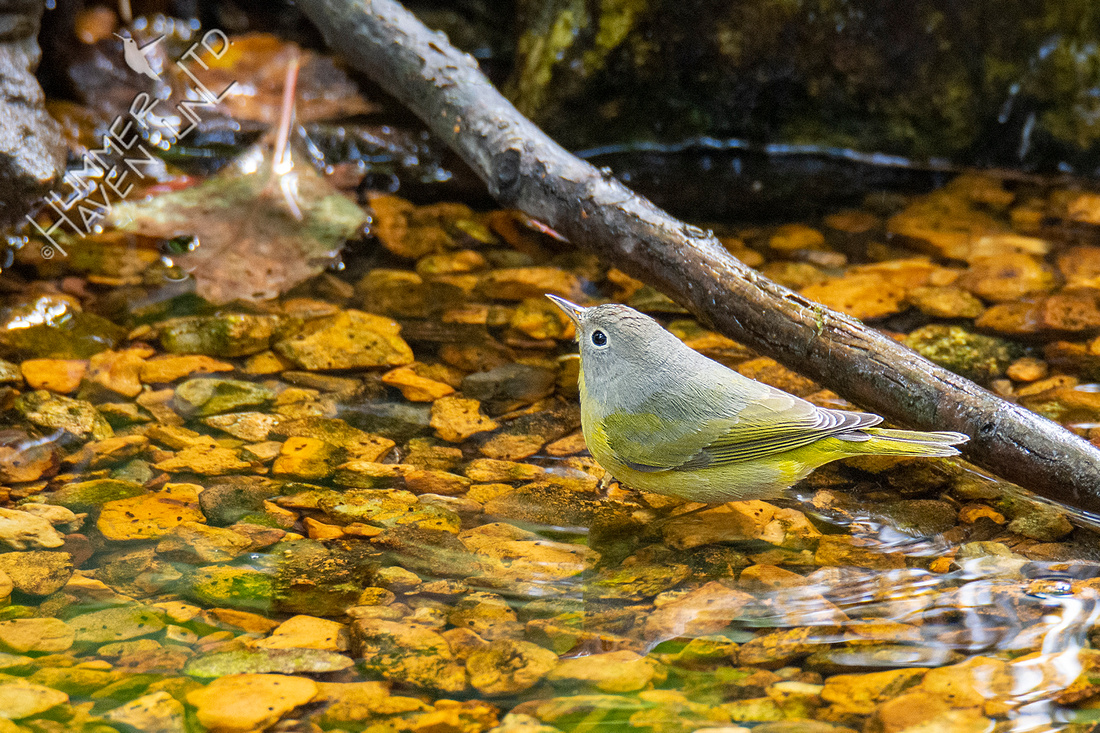 So, what accounts for the Halloween Warbler, the American Redstart? Black and orange, light and shadow, it flutters down onto a branch as gracefully as a leaf. 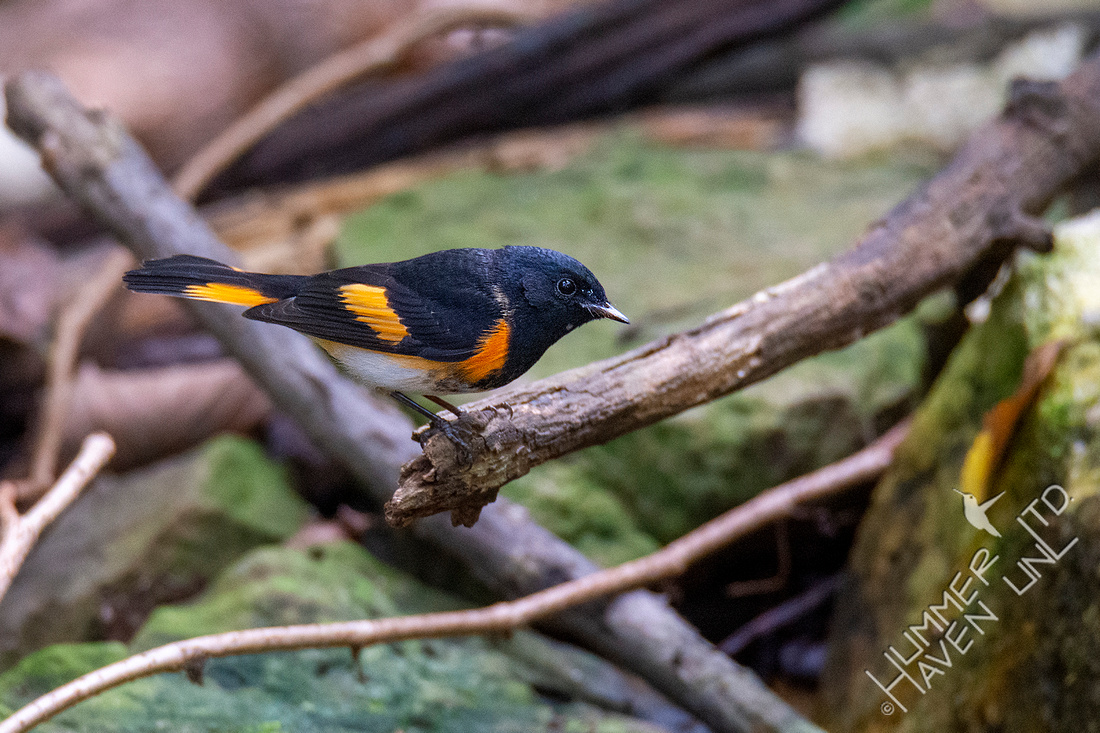 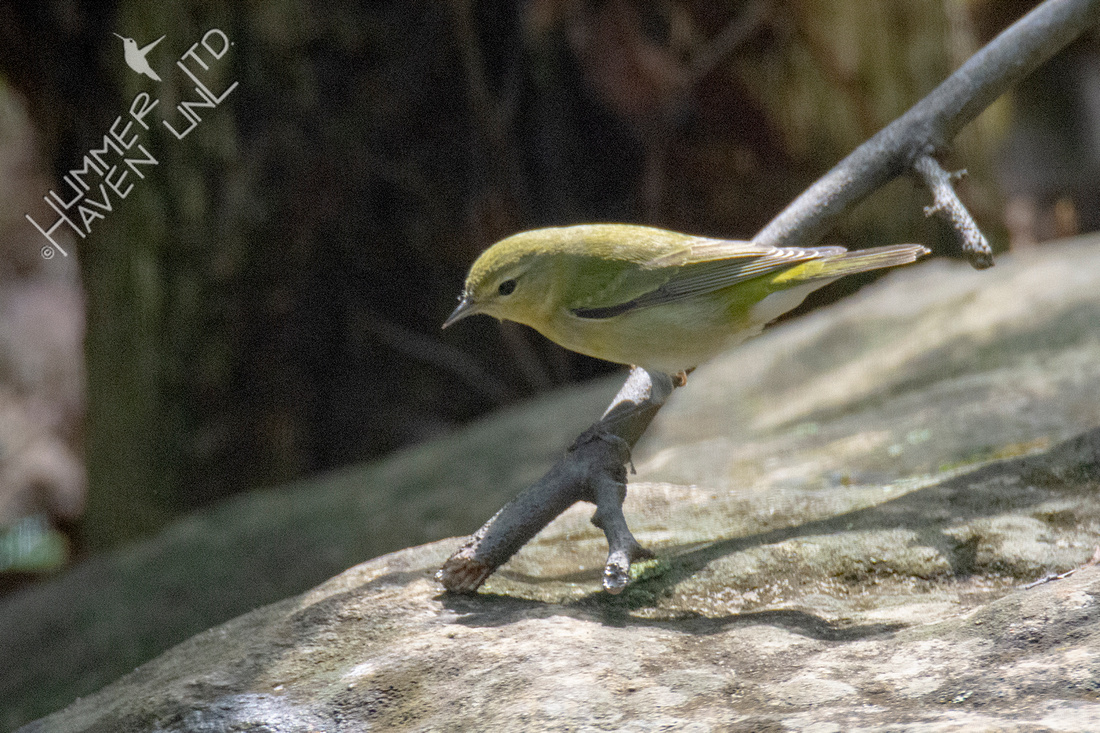 The Ovenbird walks along the floor of scattered leaves, blending in with earth, sticks and stones. It doesn't call, "teacher, teacher, TEACH!" in the fall and is easily missed. 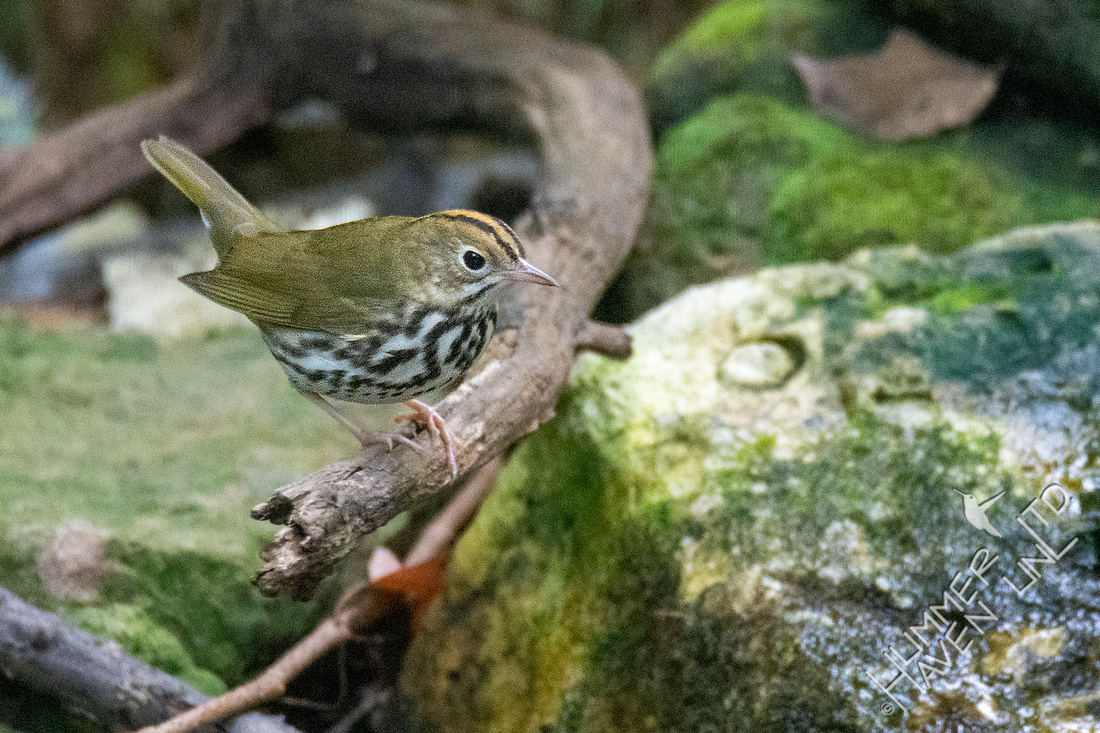 We all have stresses and worries in these strange pandemic times,

so here's a tiny bit of pure, unadulterated joy to brighten your day!

9-25-20 Black-throated Green Warbler in the Bubble