The week began with a few warblers. Orange-crowned, a late Black-throated Green and a few Yellow-rumped Warblers were seen feeding and visiting the water features. 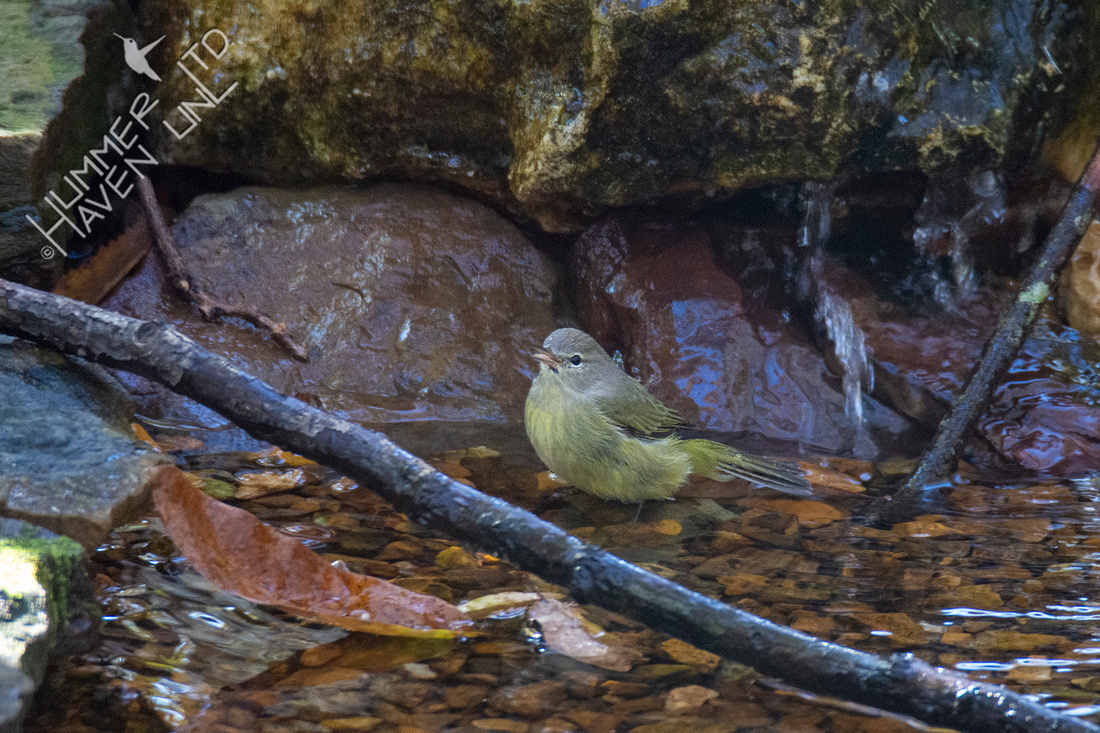 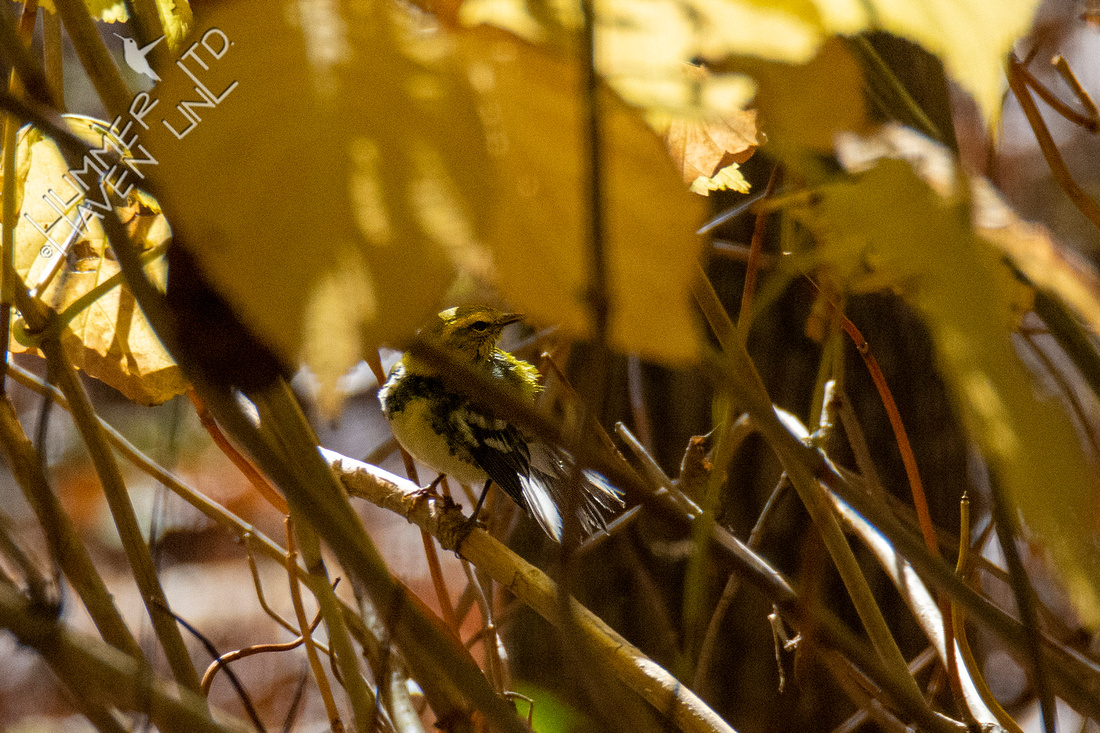 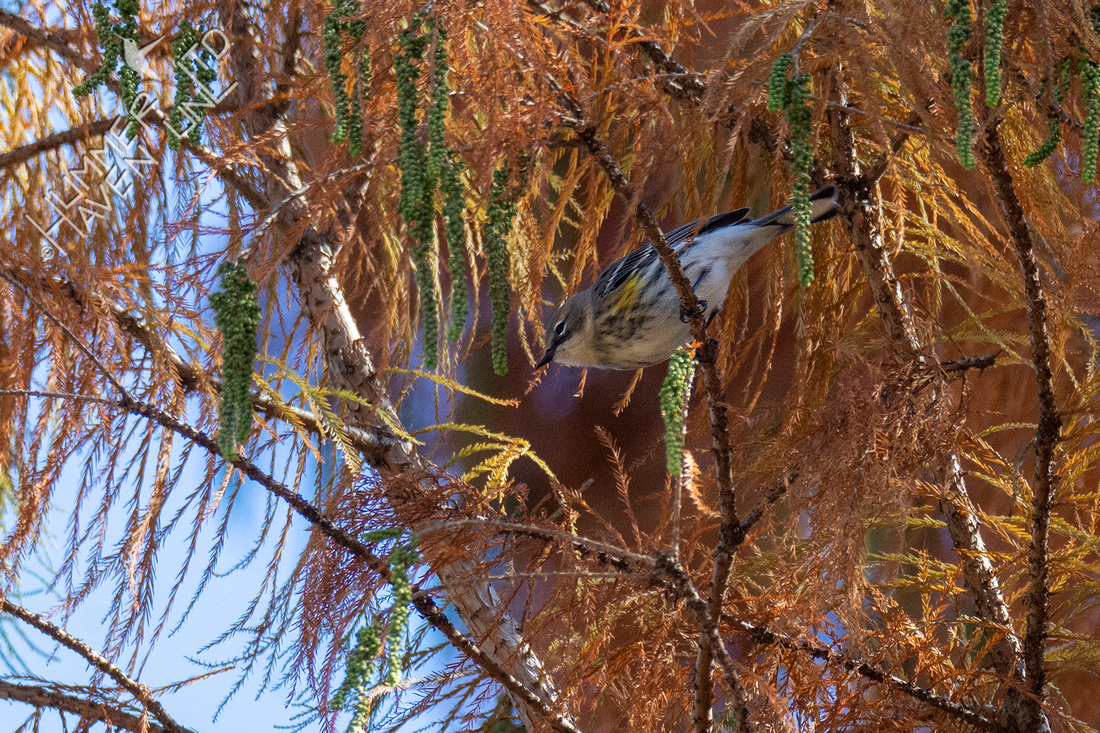 A Winter Wren came in along with a lone Pine Siskin. A Golden-crowned Kinglet was also seen. 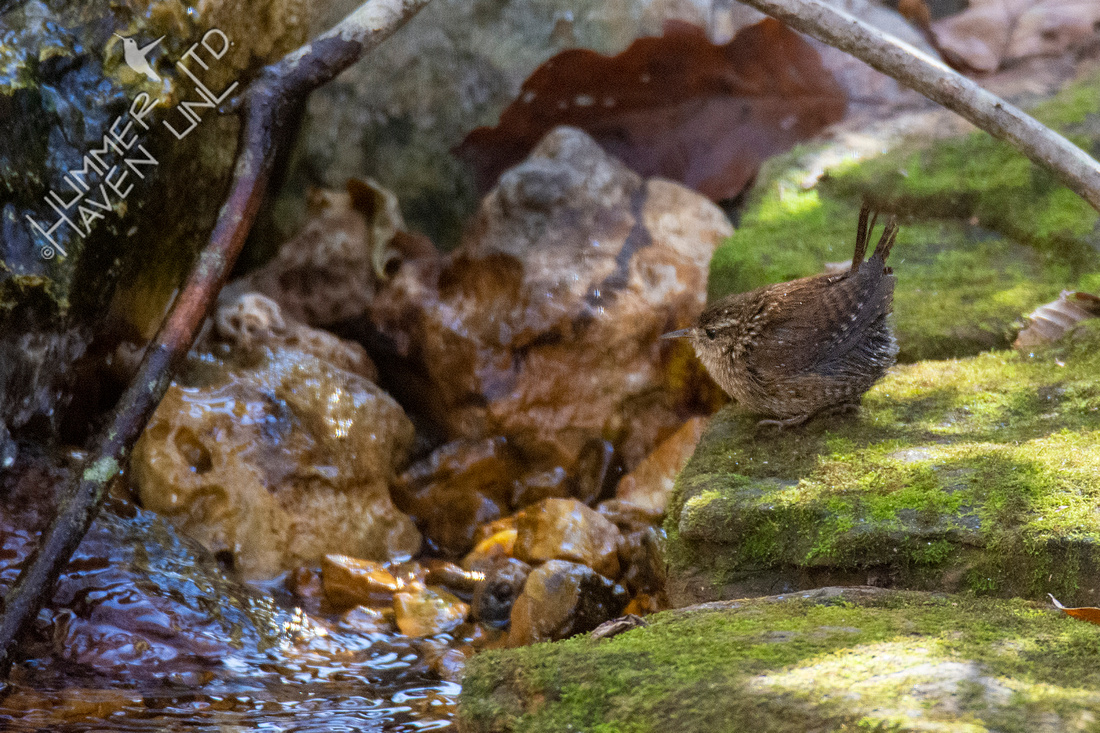 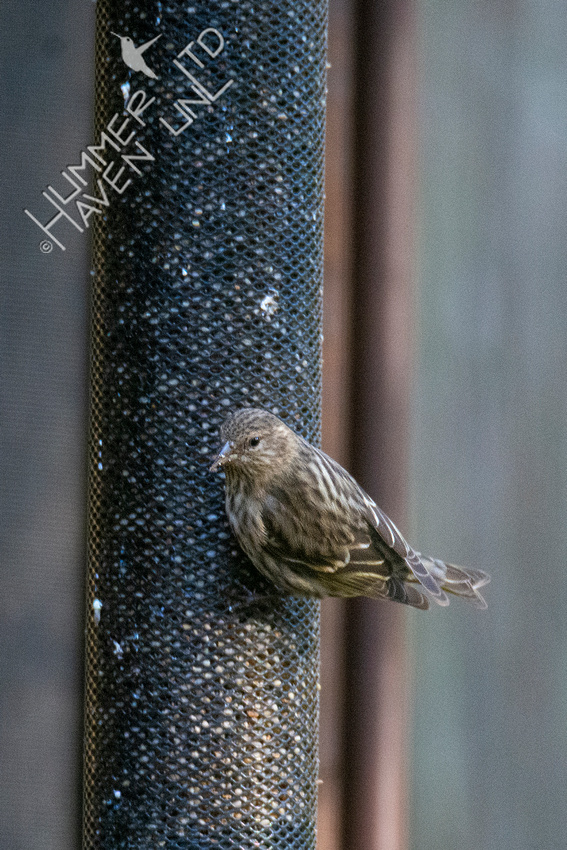 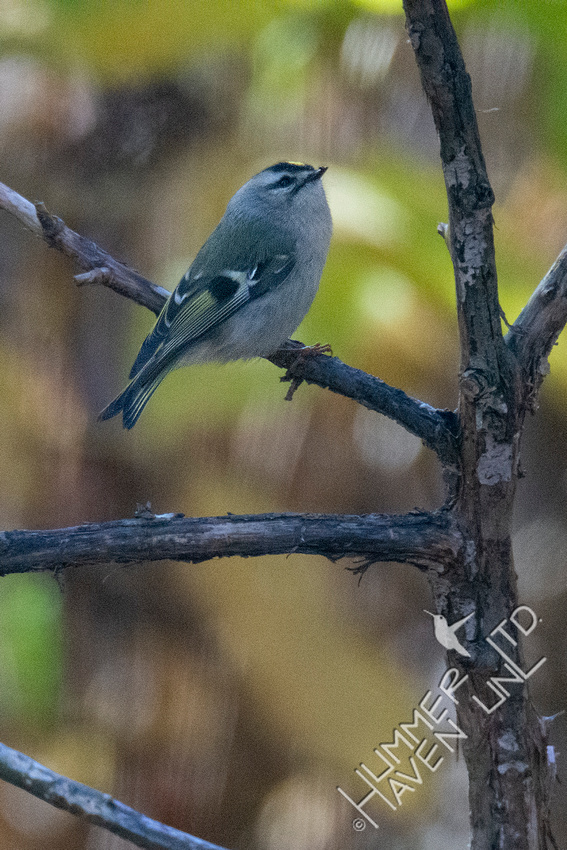 A Downy Woodpecker took an unusual approach to the water, clinging to the Bubbler Rock. Dark-Eyed Juncos often find seeds in the garden, and then come to the water to wash them down. A Brown Creeper was seen every day, it must be one of the winter residents. 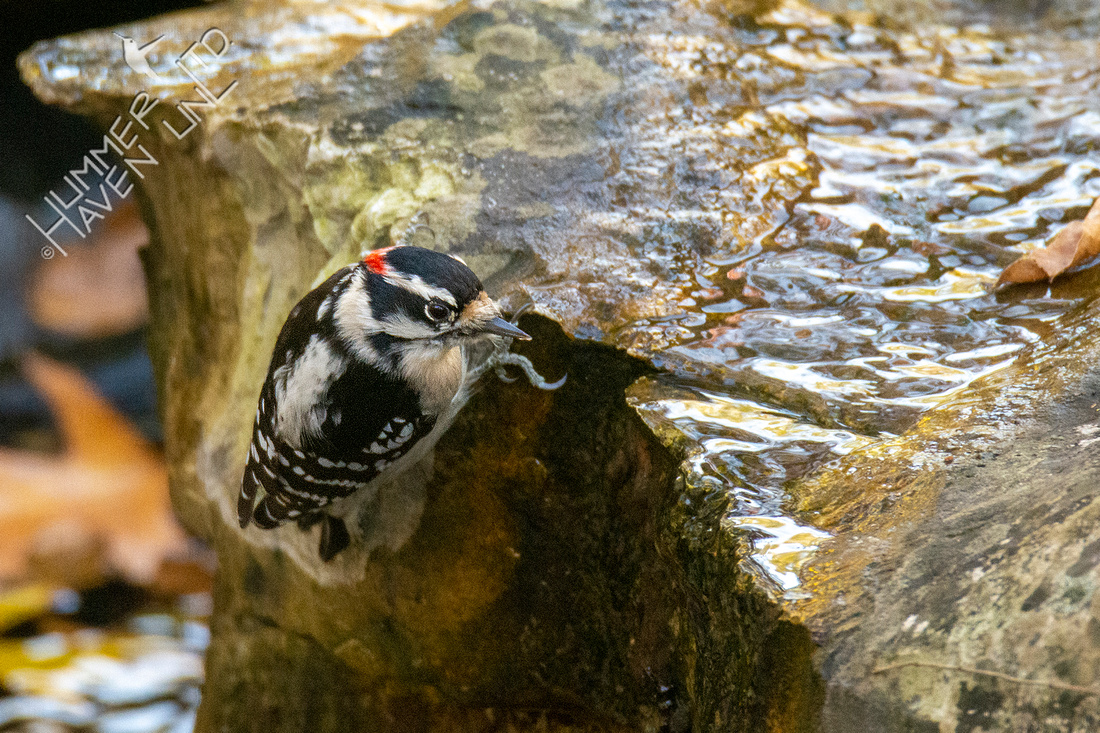 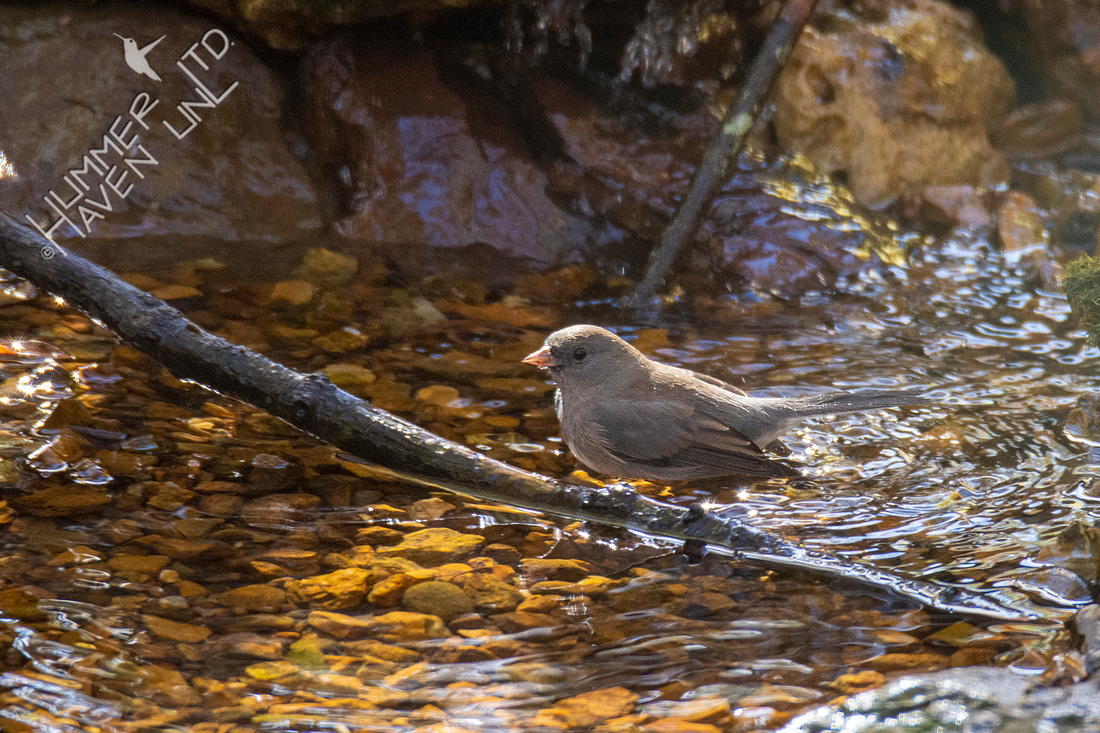 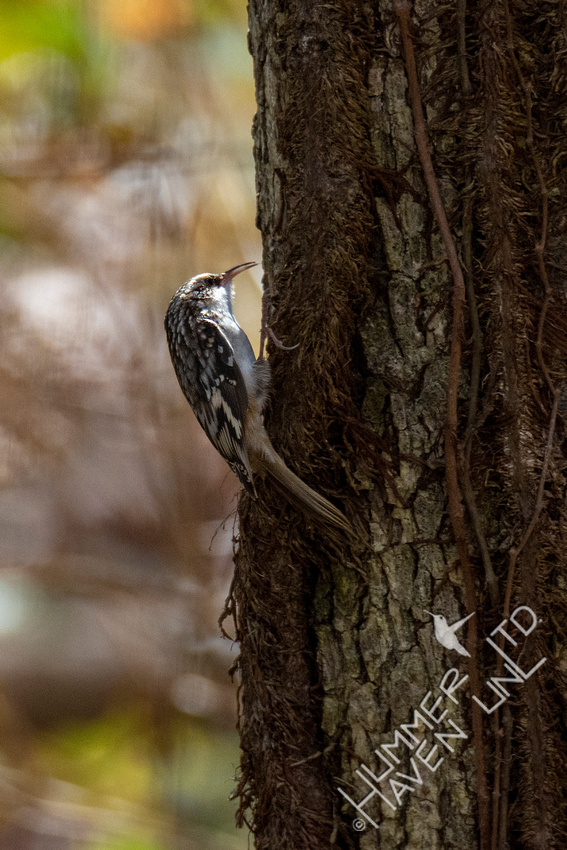 The usual suspects now have to accept several species that will be around for the winter, yet some are not always ready to share. A Tufted Titmouse seemed to tell this White-throated Sparrow who was boss. Another came in later, all fluffed out, and satisfied to have the place to itself. 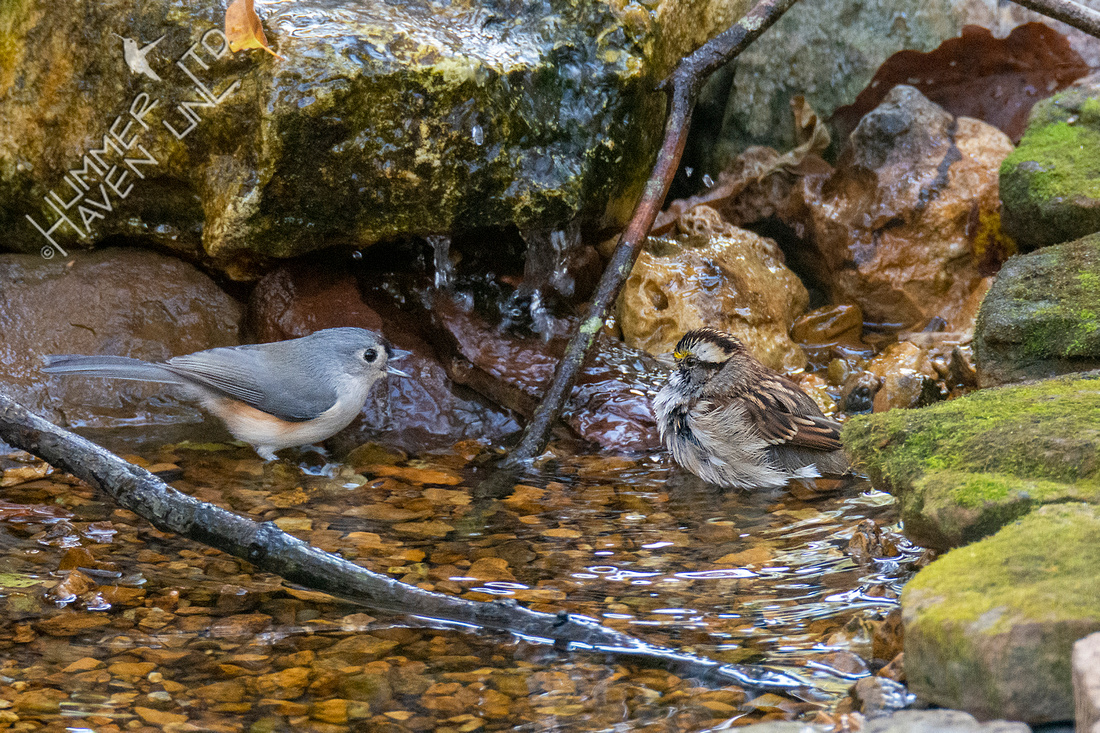 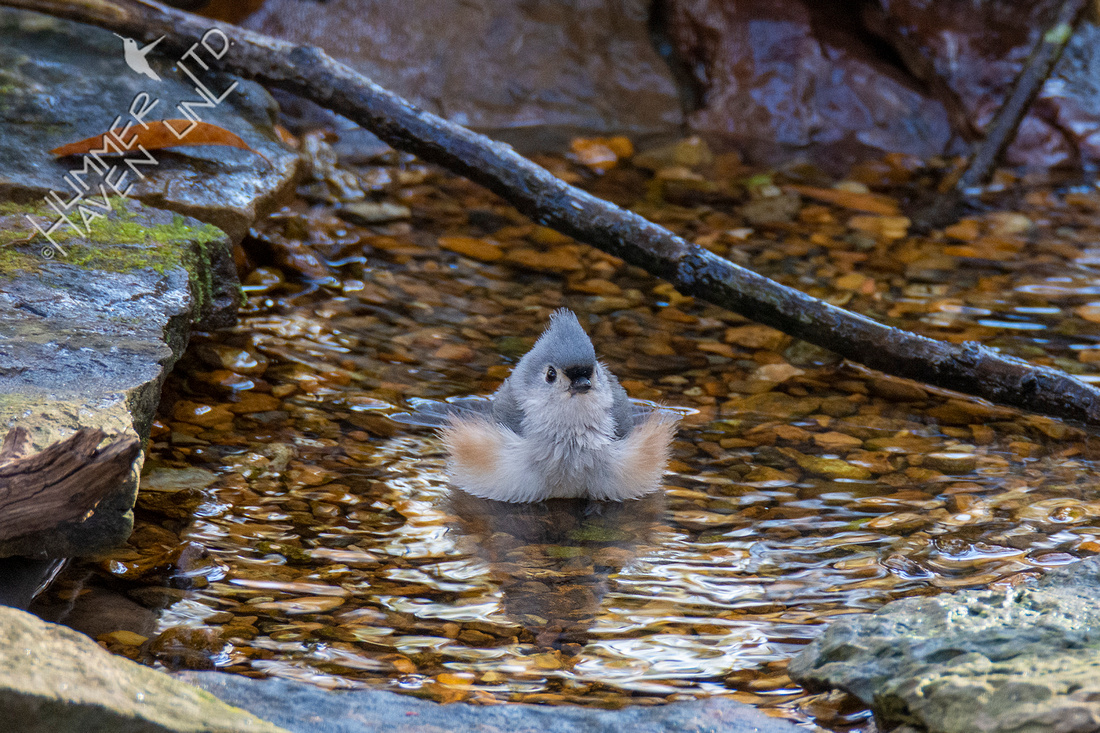 A Carolina Wren drank from the well of the hummingbird feeder. Yes, there is still one feeder up, just in case a rare species would come in. Once we saw a Rufous Hummingbird, checking out the feeders, on 11-20-2008. 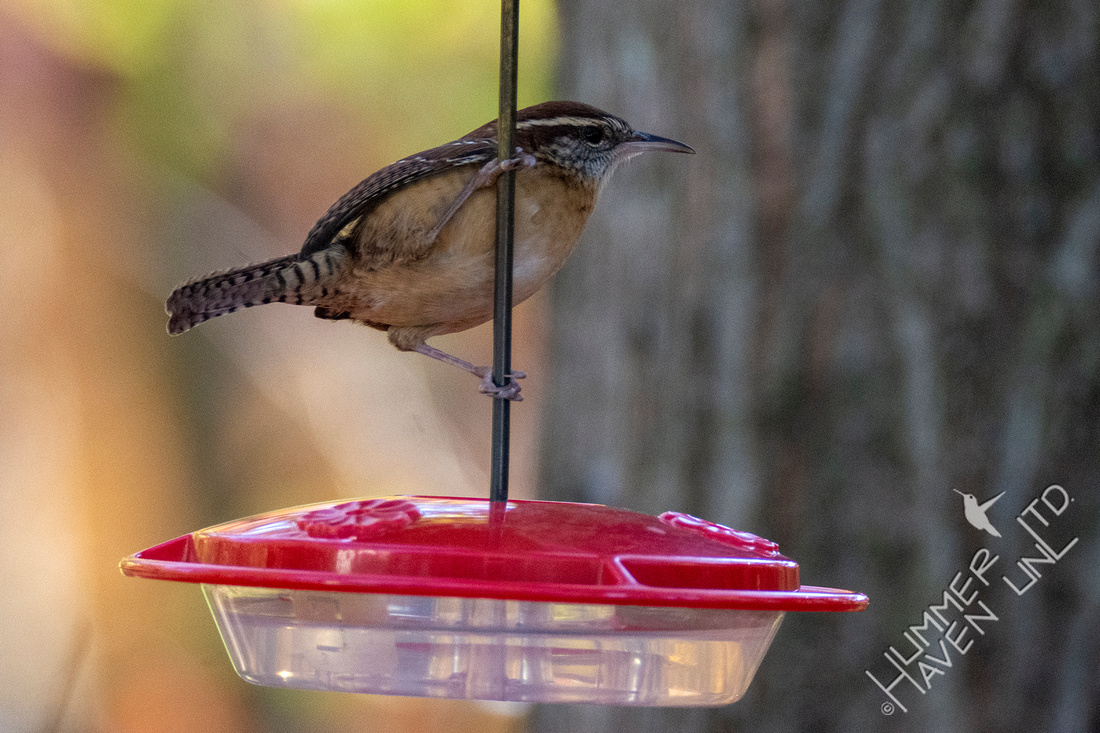 American Robins have been dominating the water when they come in. Squabbles are quick to break out, thrushes love to get in to bathe. 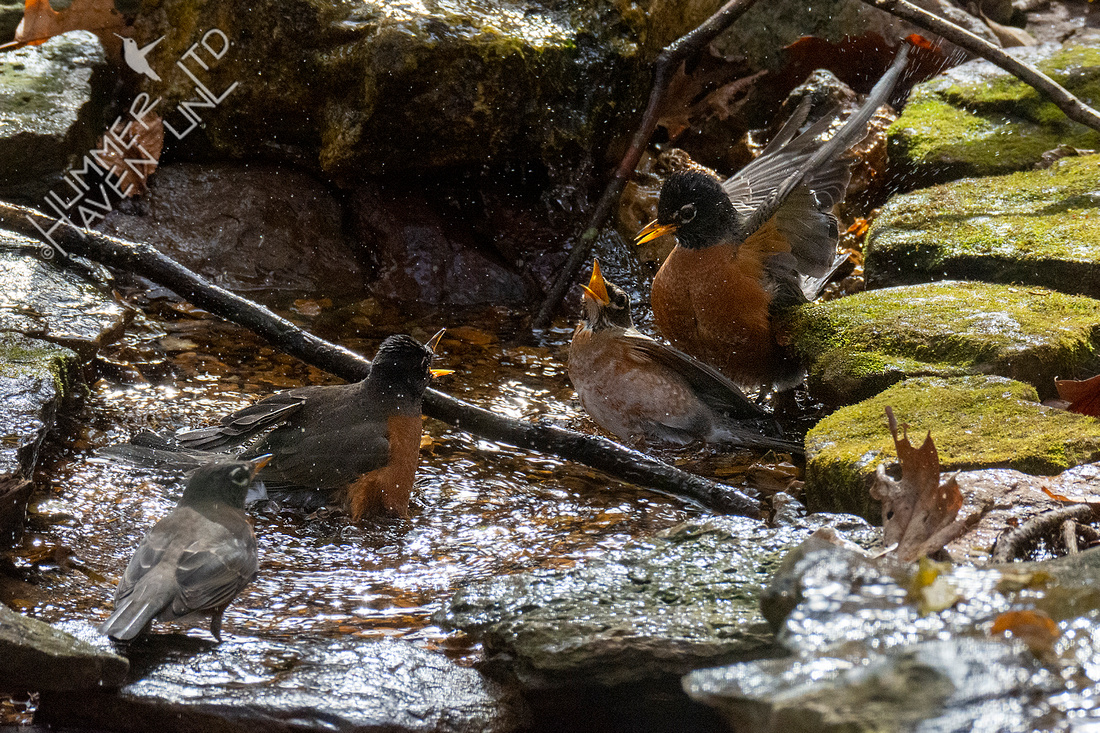 The last of the Blackhaw fruits are being enjoyed by many different species. Northern Cardinals, American Robins and even Cedar Waxwings have come in to take them. It has gotten dry again, so birds are also using the sump puddle to have more access to water. 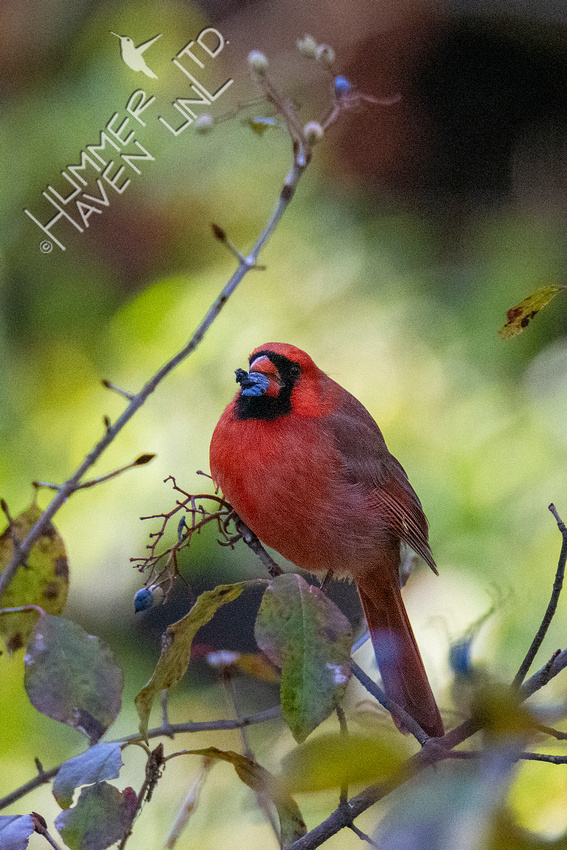 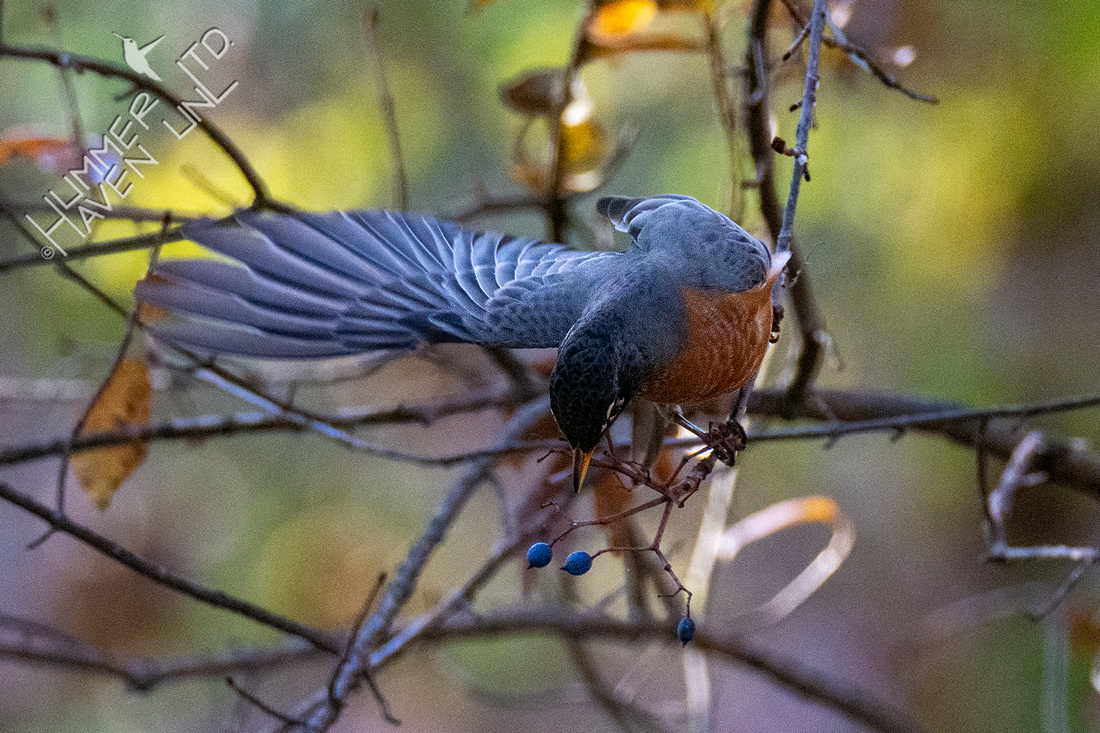 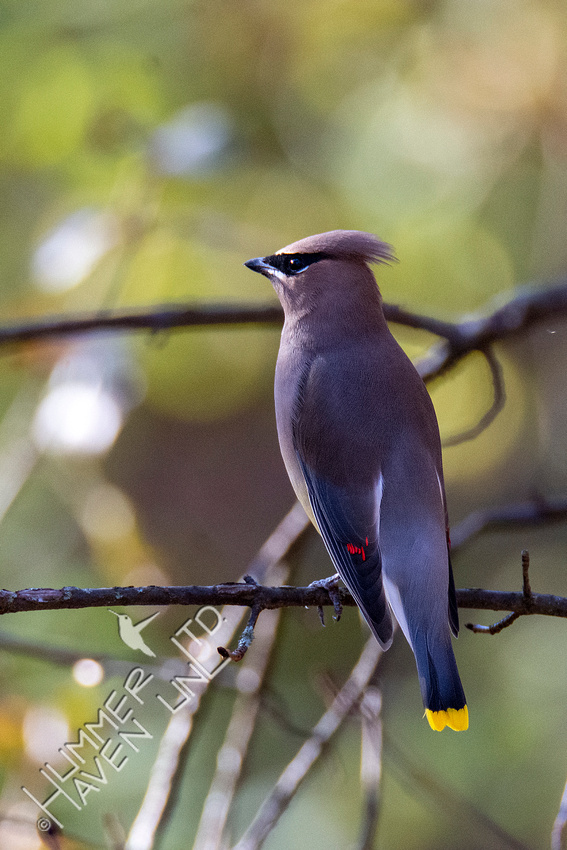 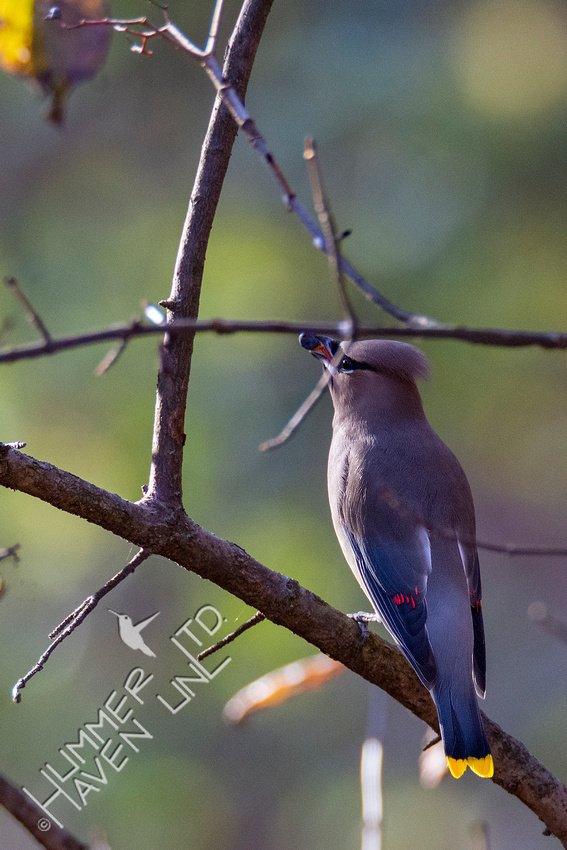 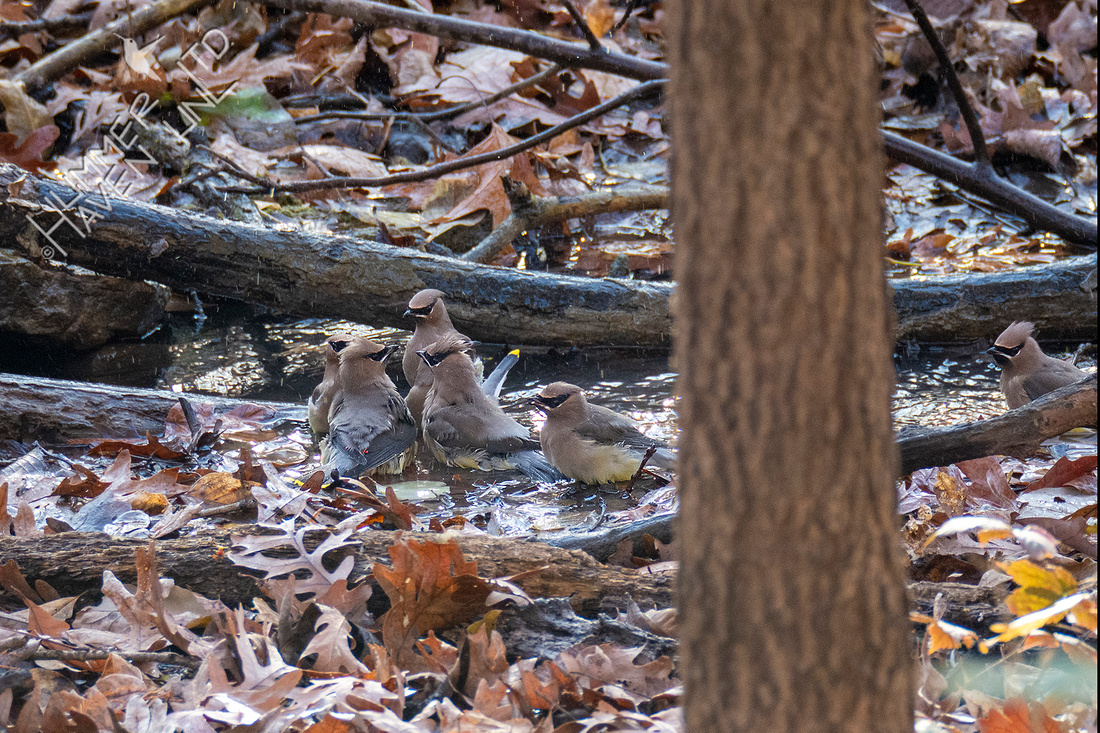 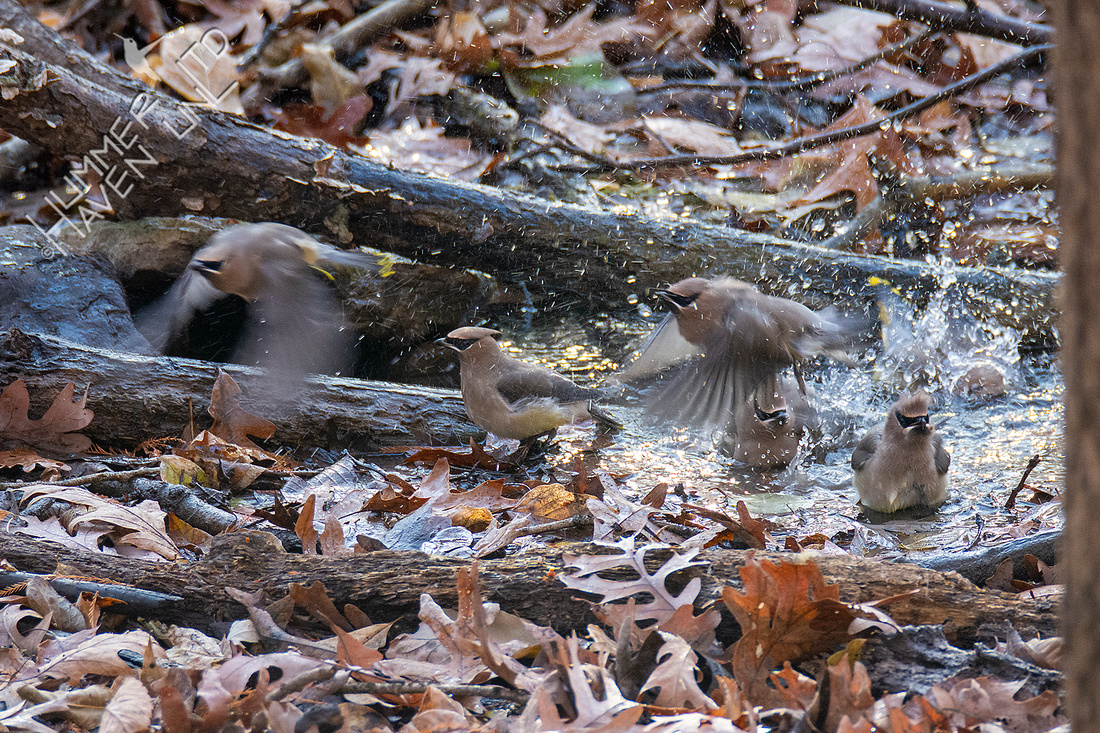 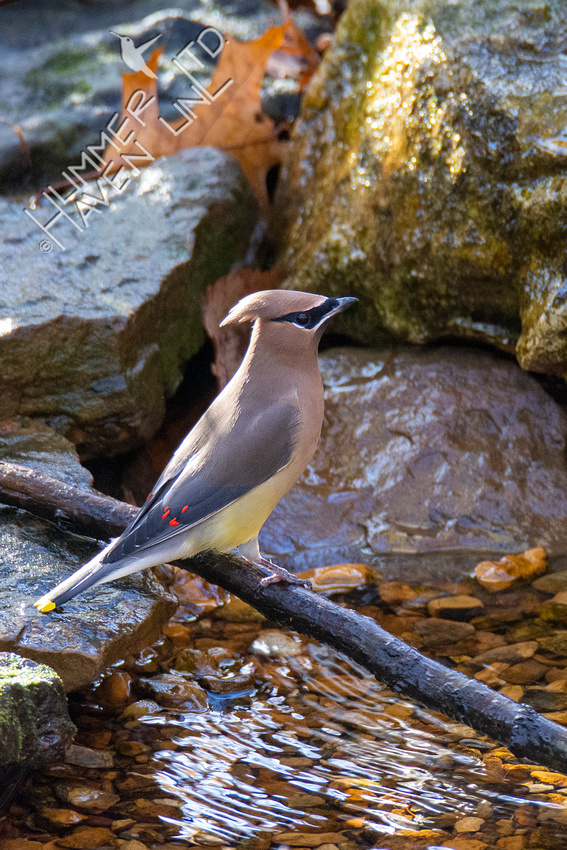 On Saturday, two species of thrushes came in. The robins were not ready to budge but eventually, the Eastern Bluebirds had their way! 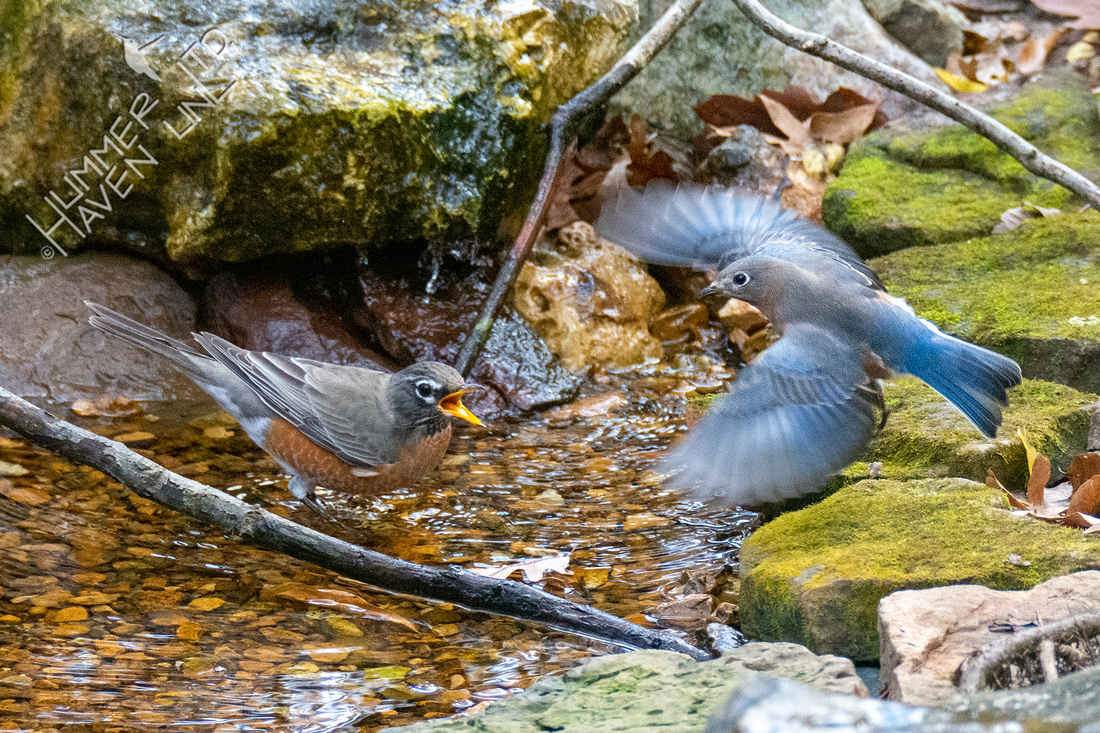 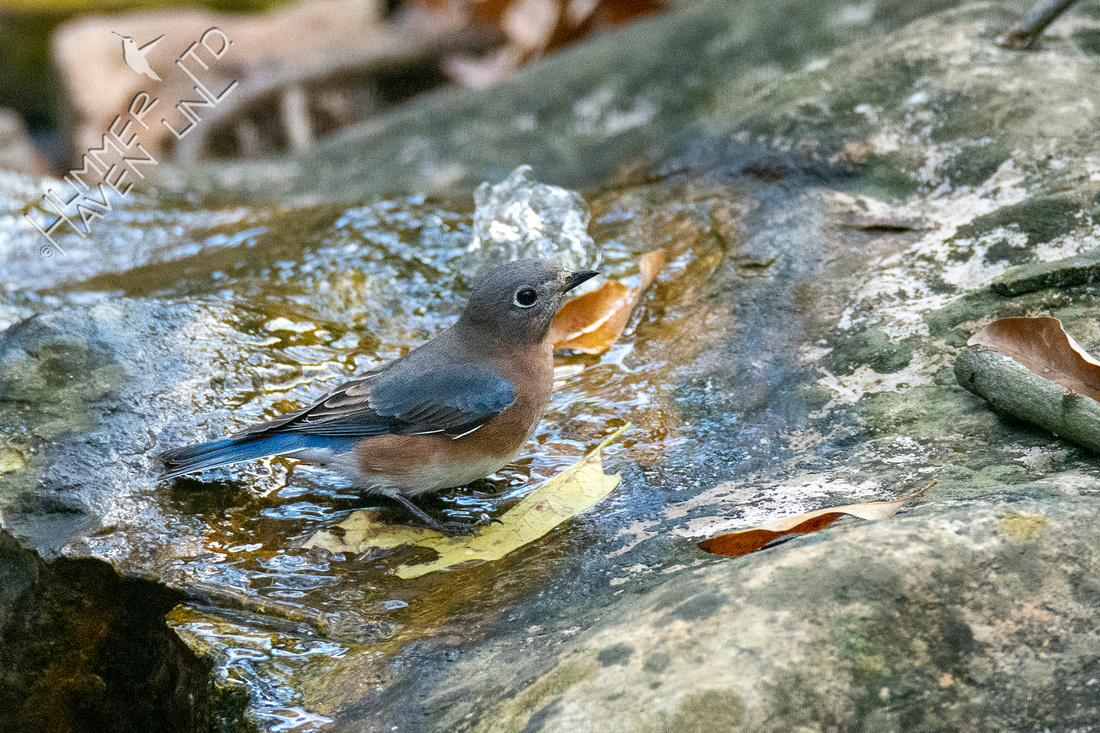 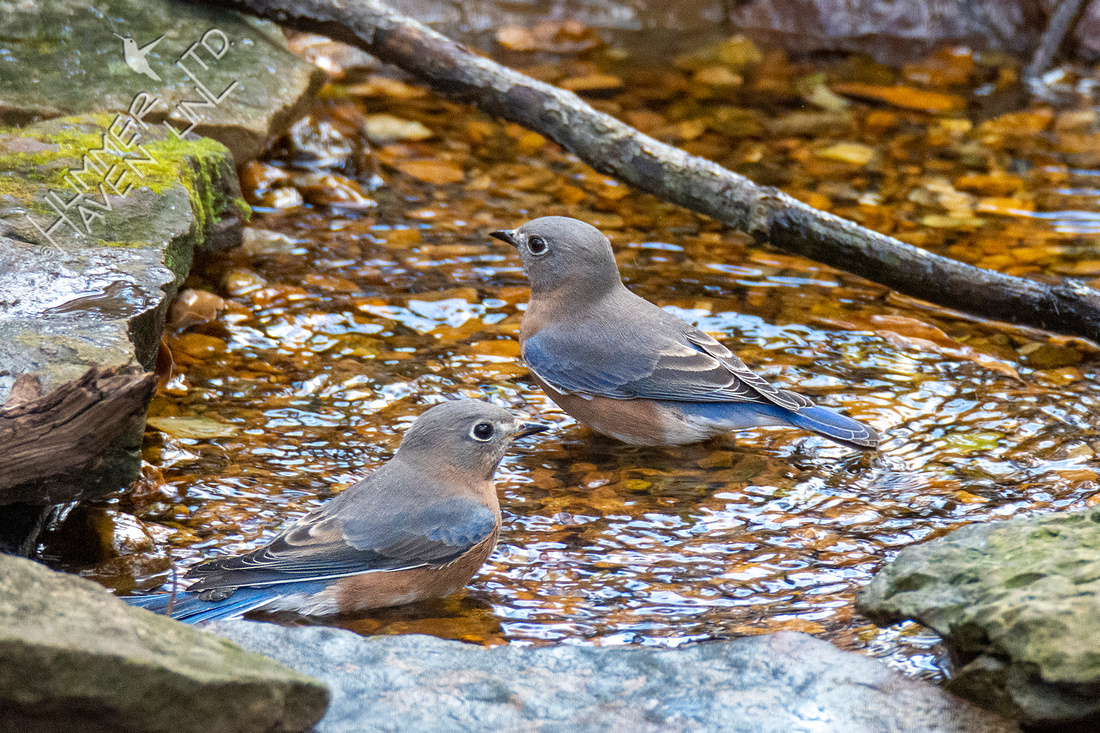 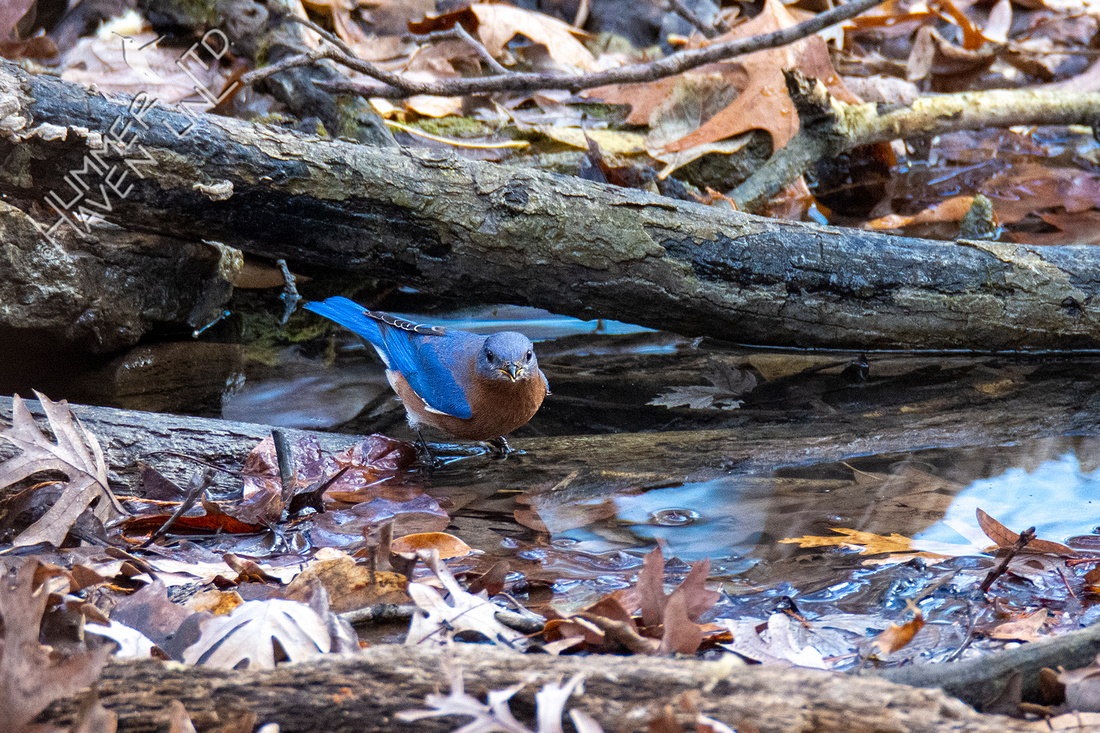 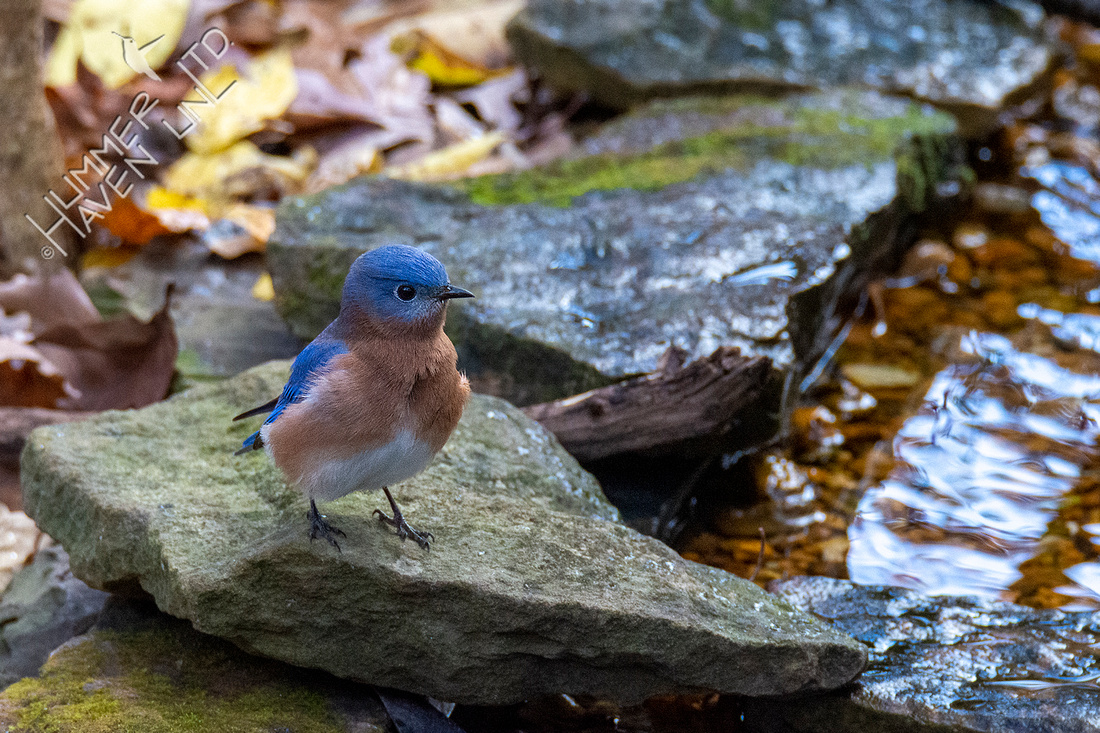 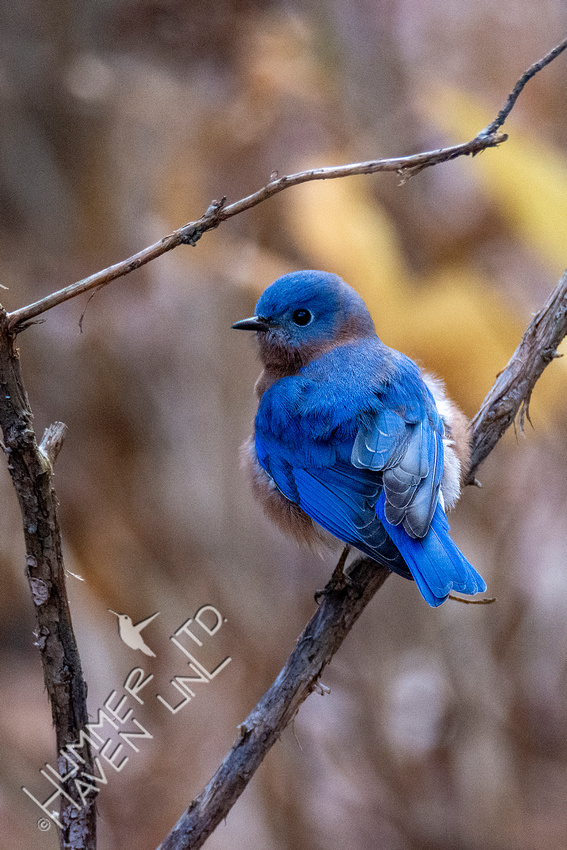 "The bluebird carries the sky upon his back."

To see all the photos since the last blog post:  November photos

Peace, and Good Health to you and yours!