Halloween Treats have been coming in all week!

An Orange-crowned Warbler investigated the Bubbler Pond by holding onto a leaf of Wild Ginger and splashing about. It's always interesting to watch how individual birds approach the water. A Nashville Warbler took the typical route and Golden-crowned Kinglets looked on. 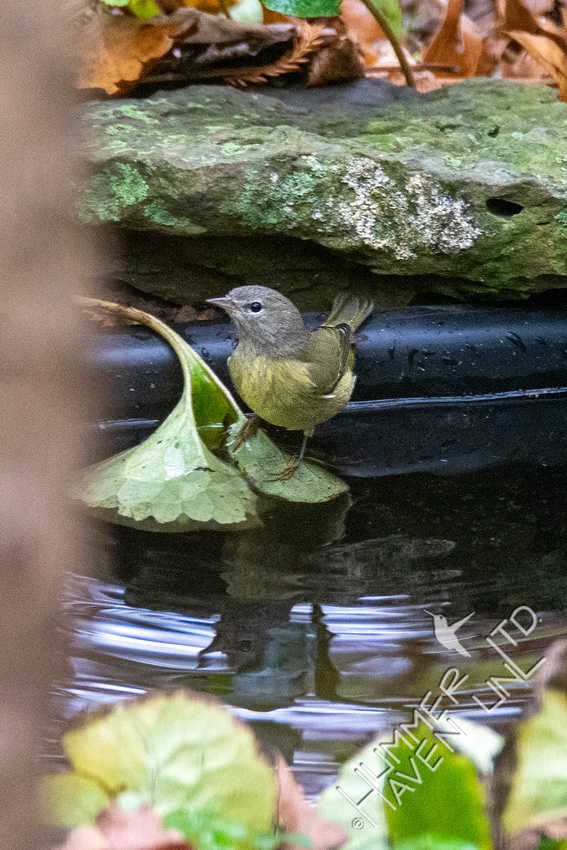 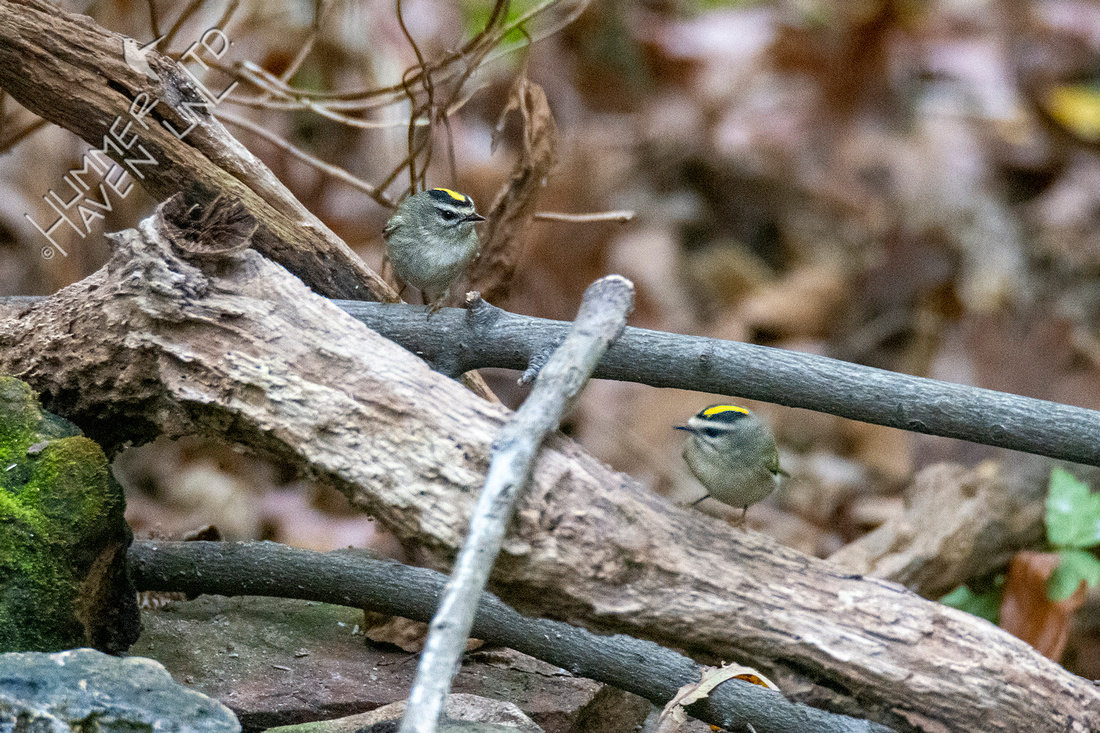 Rain had started on Monday and the temperature dropped all day. Tuesday brought in a Yellow-rumped Warbler who seemed to enjoy watching the bubbles it saw in the pond. The rain let up and as I was going to fill the feeders in the garden, another Winter Wren skittered across the deck in front of me. It showed up later at the Bubbler. 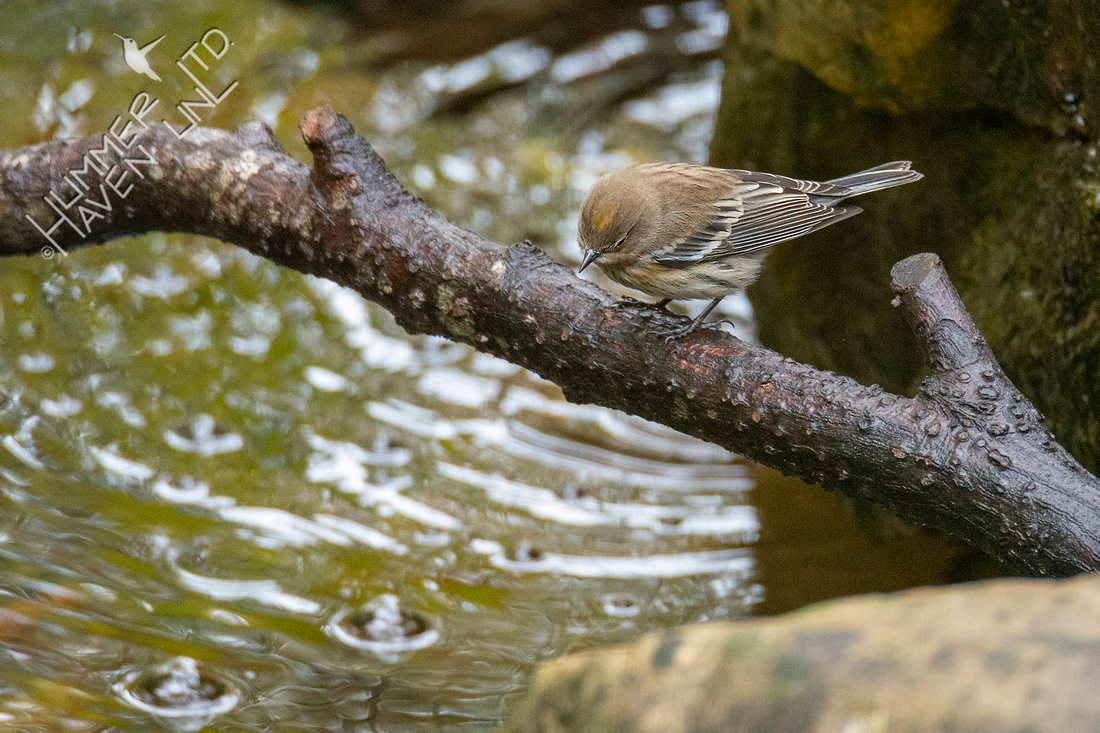 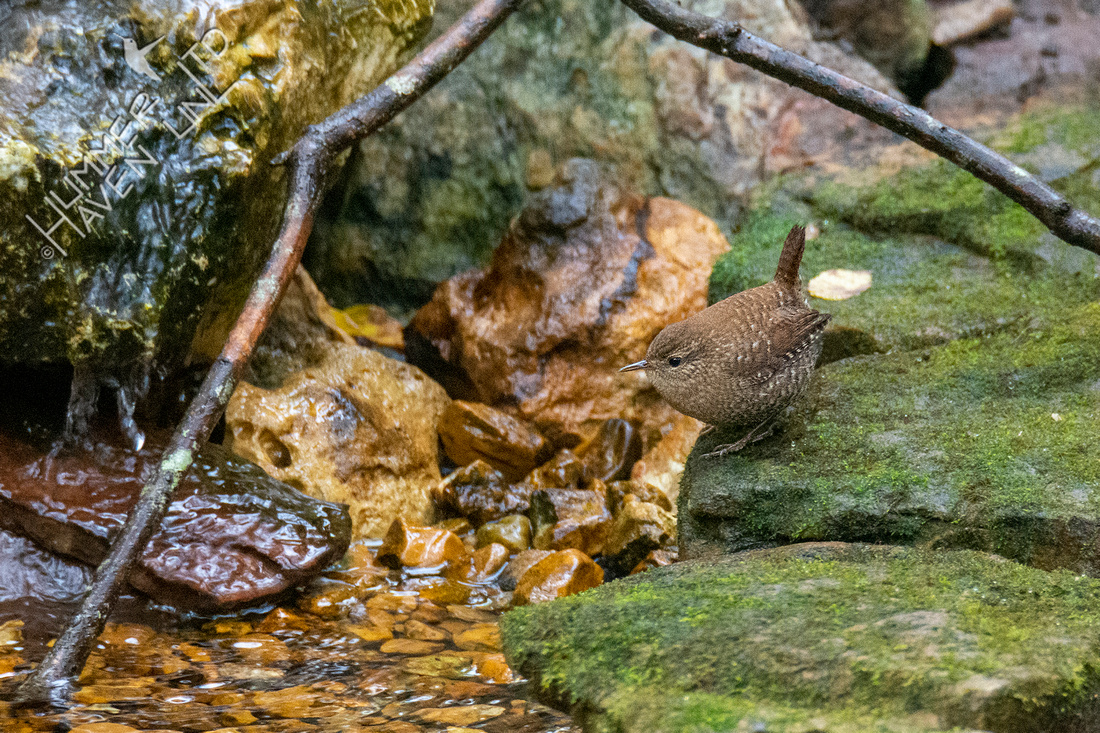 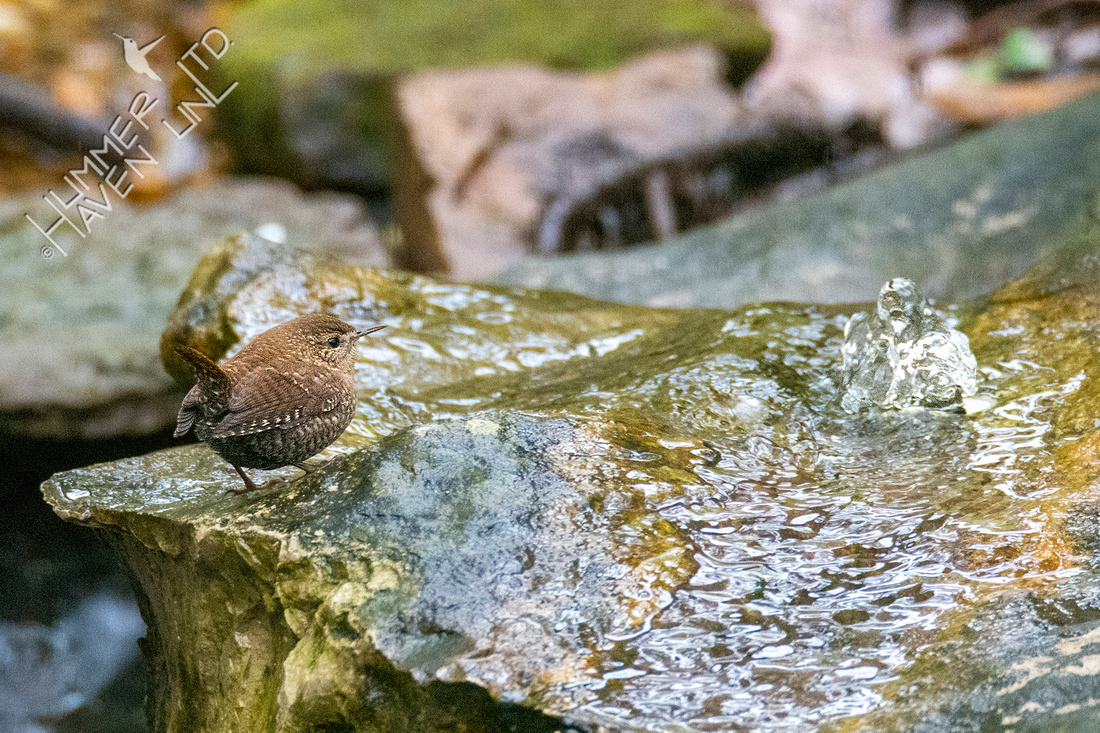 Tuesday also brought in 3 Red-breasted Nuthatches that were constantly at the peanut and bark butter feeders. The first two are males, the third is a female, with a paler breast. 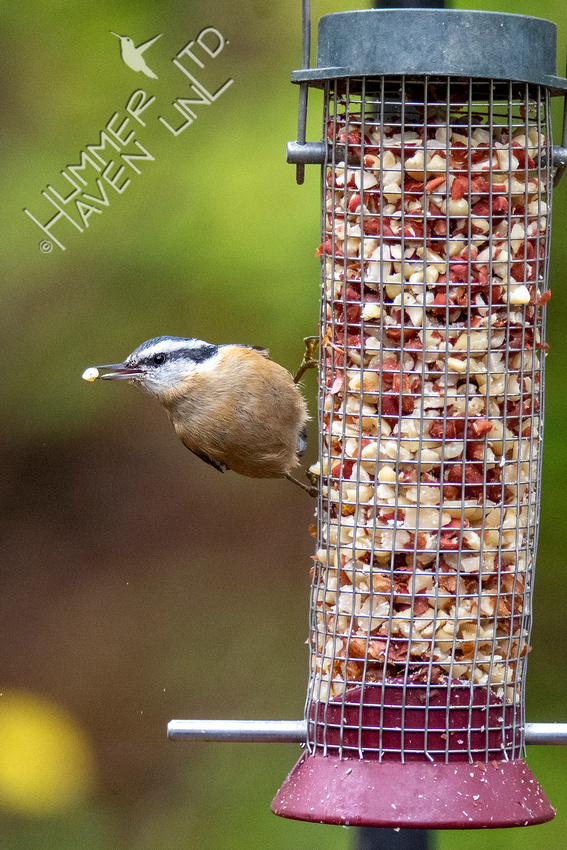 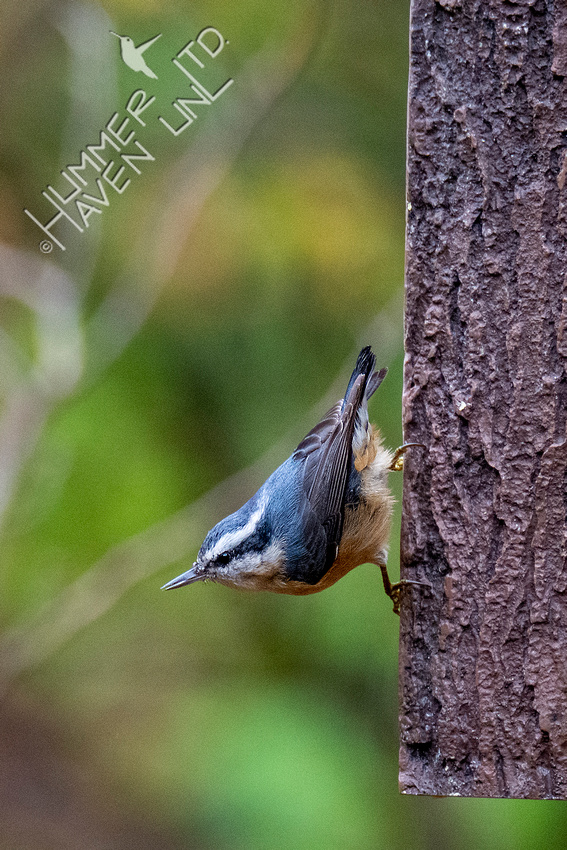 Dark-eyed Juncos arrived on Sunday, 10-25-20. They are often called 'snowbirds'. A Brown Creeper has been seen on different days. 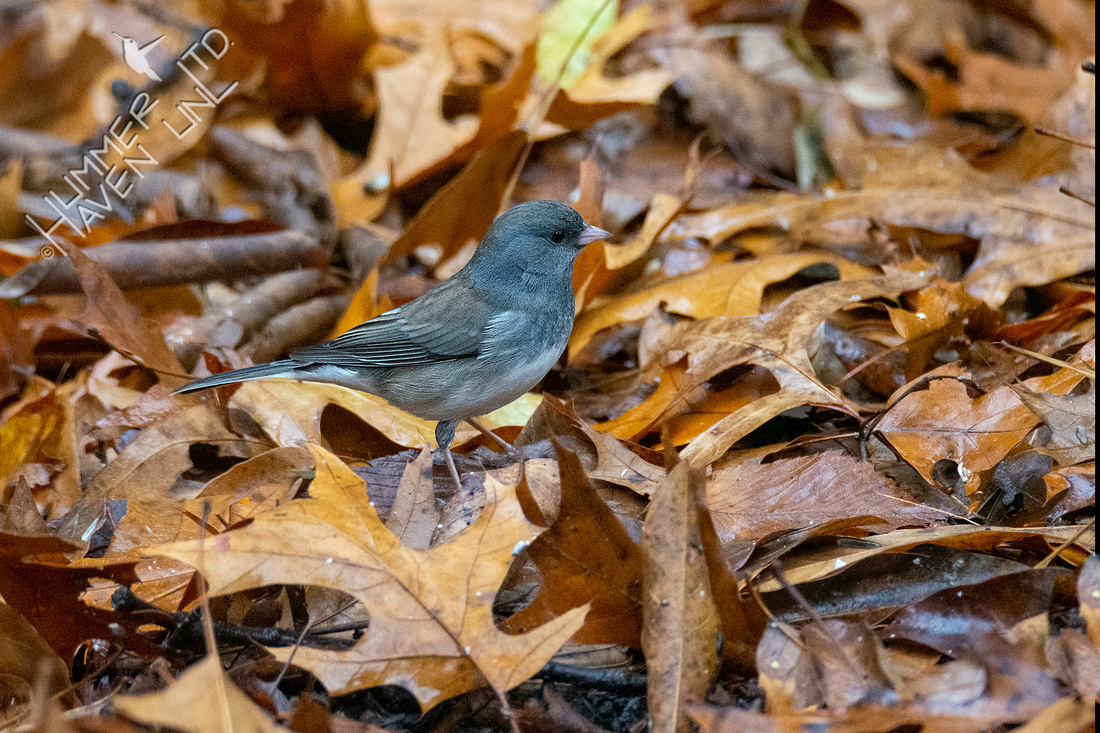 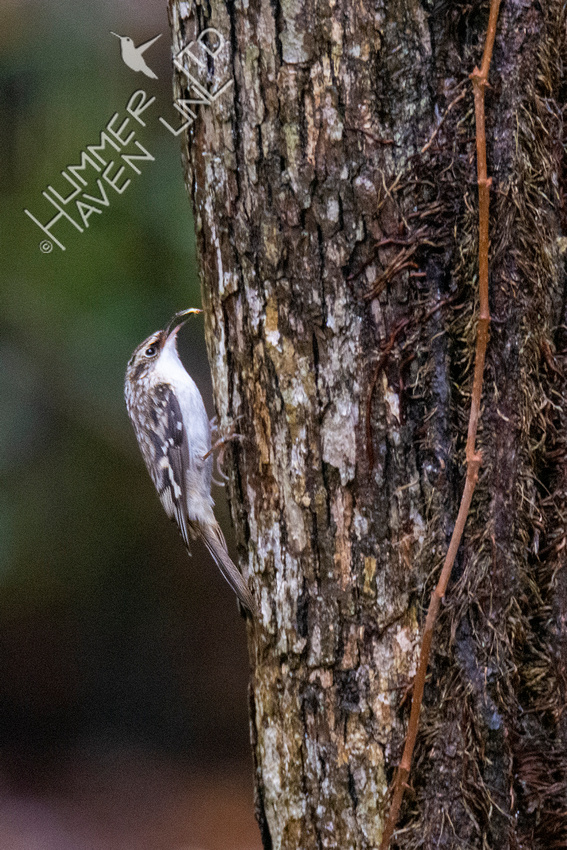 Despite cold rains, birds love to bathe, and a Carolina Chickadee took a quick dip on Thursday, 10-29-20. It was certainly a raw, wet day. Again, the temperature dropped most of the day, into the low 40's. As they say, though, "Bad weather brings good birds!" A pair of Eastern Bluebirds came in to feast on the last of the Blackhaw fruits. The Bluebirds were a good omen, as it turned out. 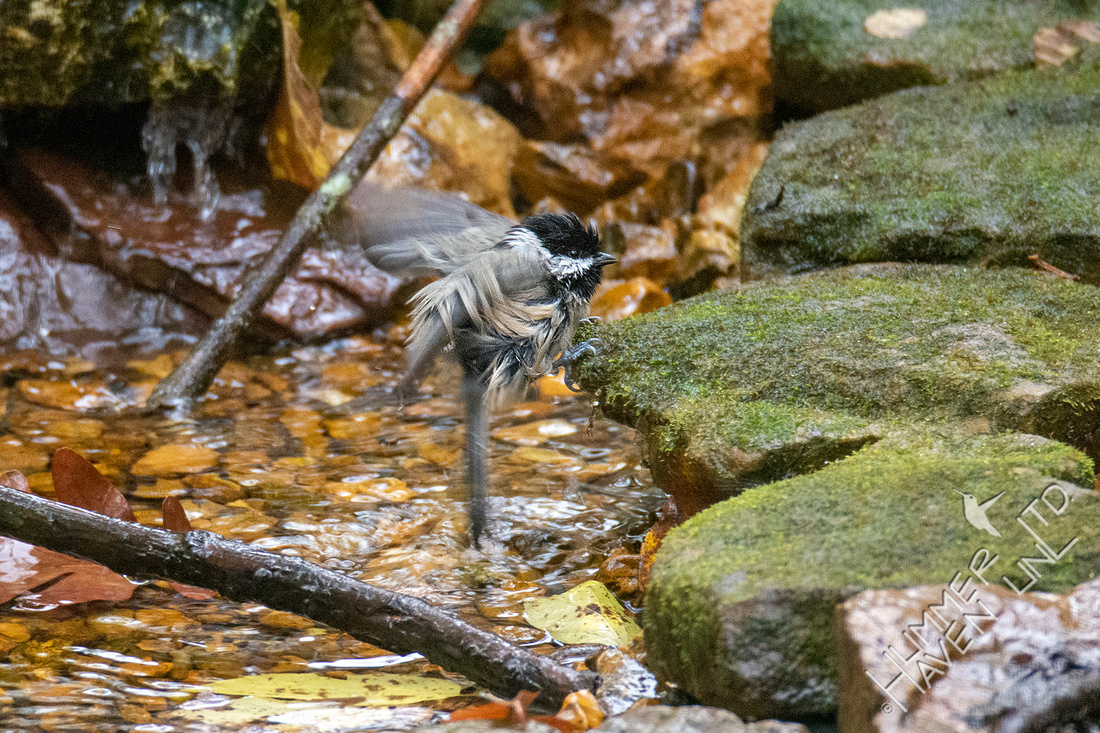 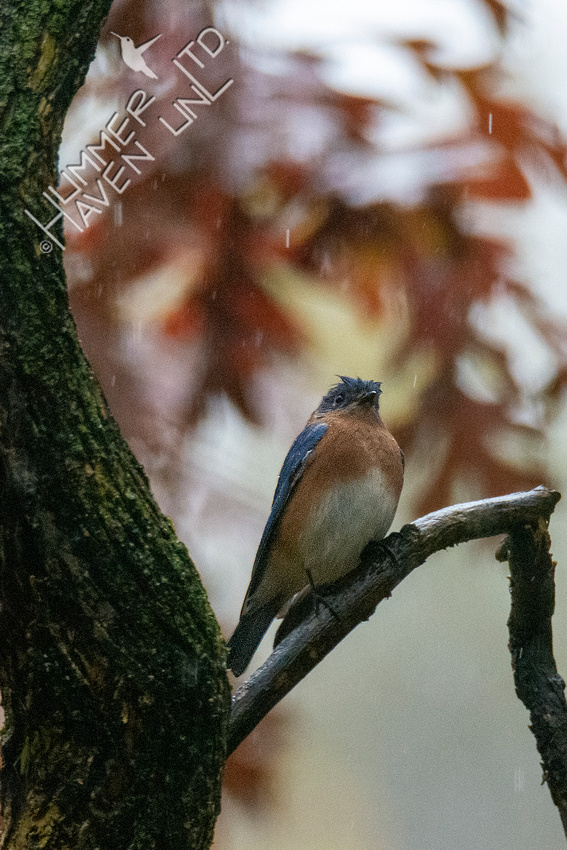 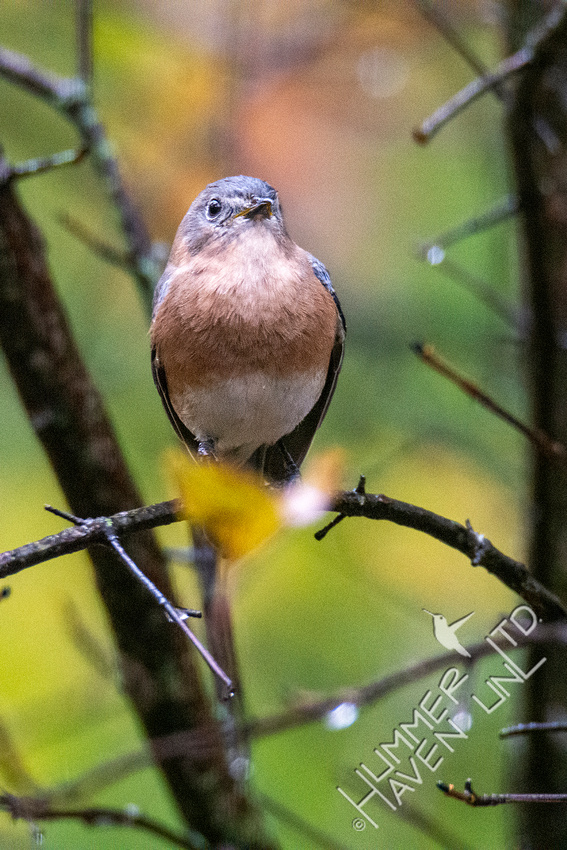 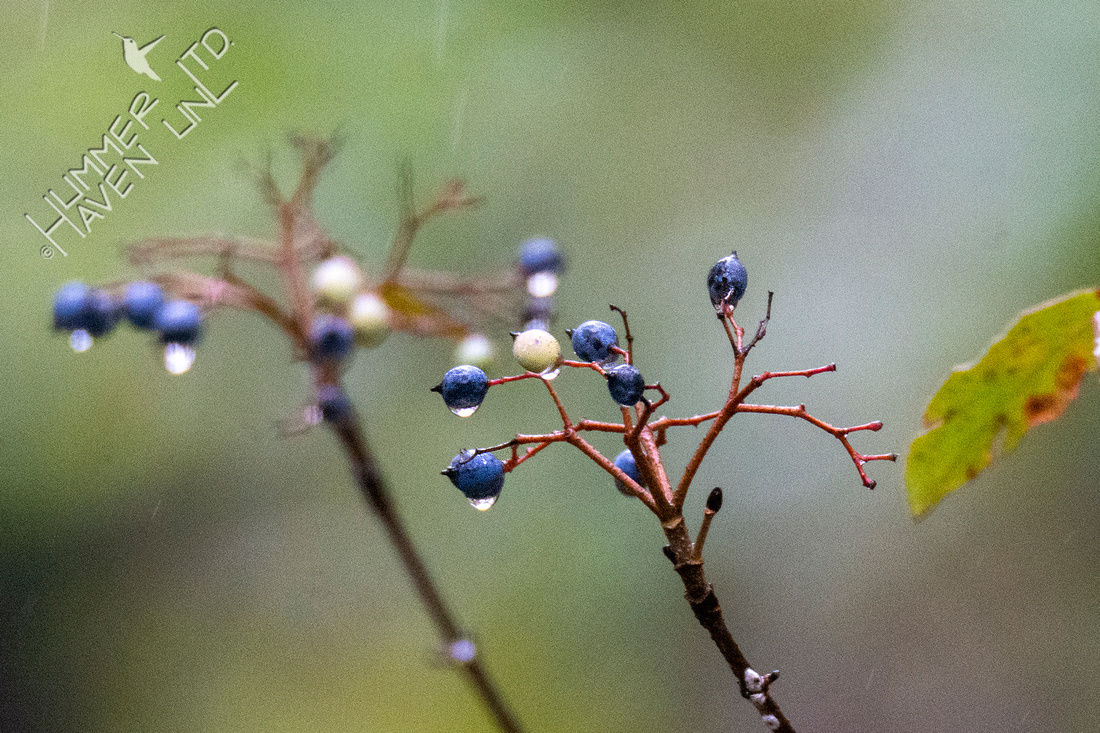 There was a solitary Pine Siskin on the feeder by the back door and I went to check on the feeders in the garden, hoping to see more of them there, but no joy. When I returned within a minute, this very yellow bird was on the peanut feeder, wagging its tail. Wait, what? I blinked, trying to make sense of what I was looking at when the bird flew. It was in a nearby Blackhaw and I was able to get a few photos of it there.  It was a Palm Warbler, but a rare subspecies for our area. We usually see the Western species here and this was the Eastern or Yellow Palm Warbler. The Eastern subspecies has been documented a number of times in Missouri, mostly in December. So, this sighting will contribute to those records. 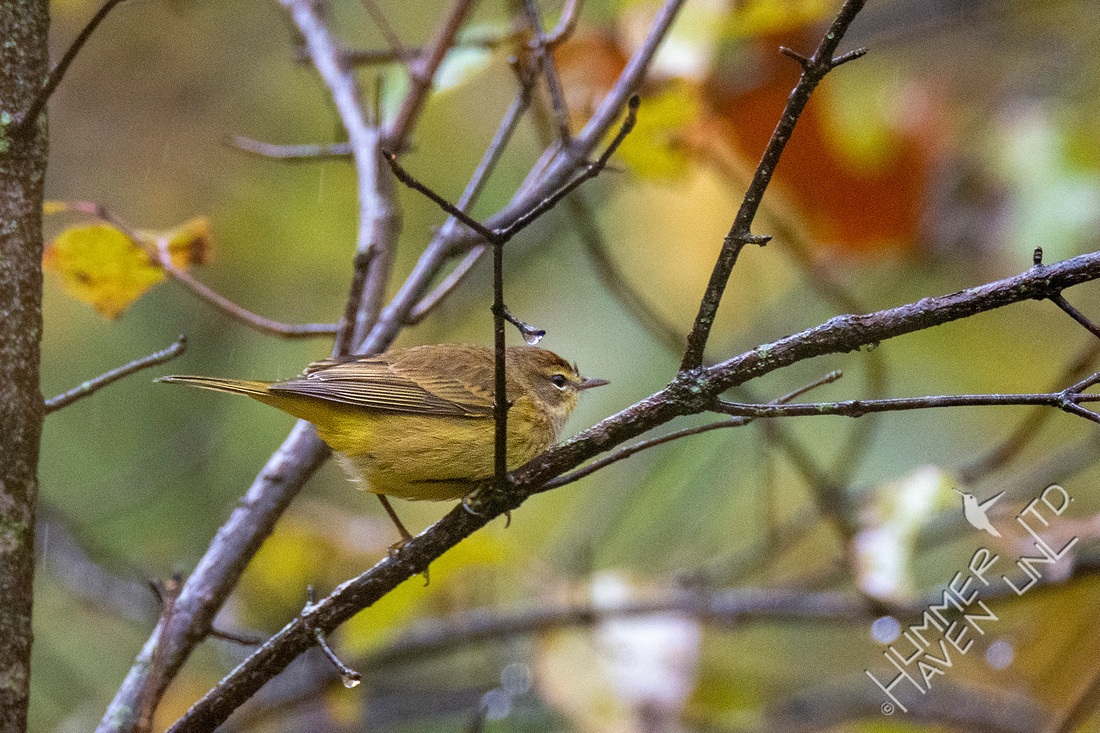 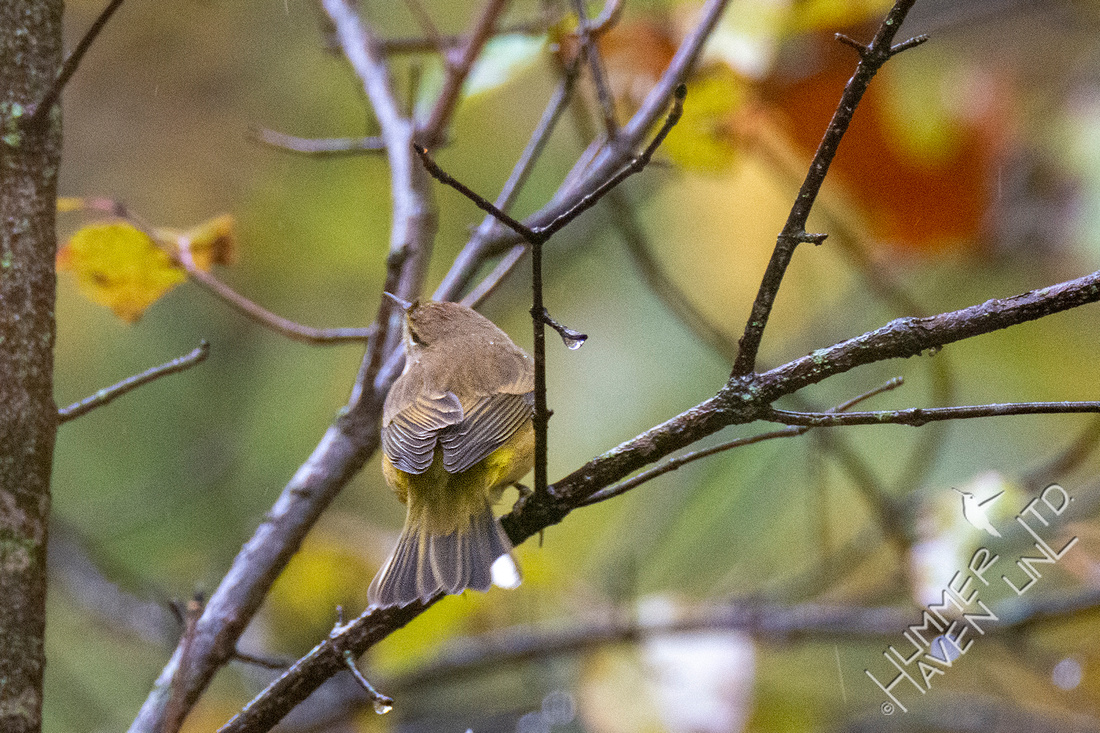 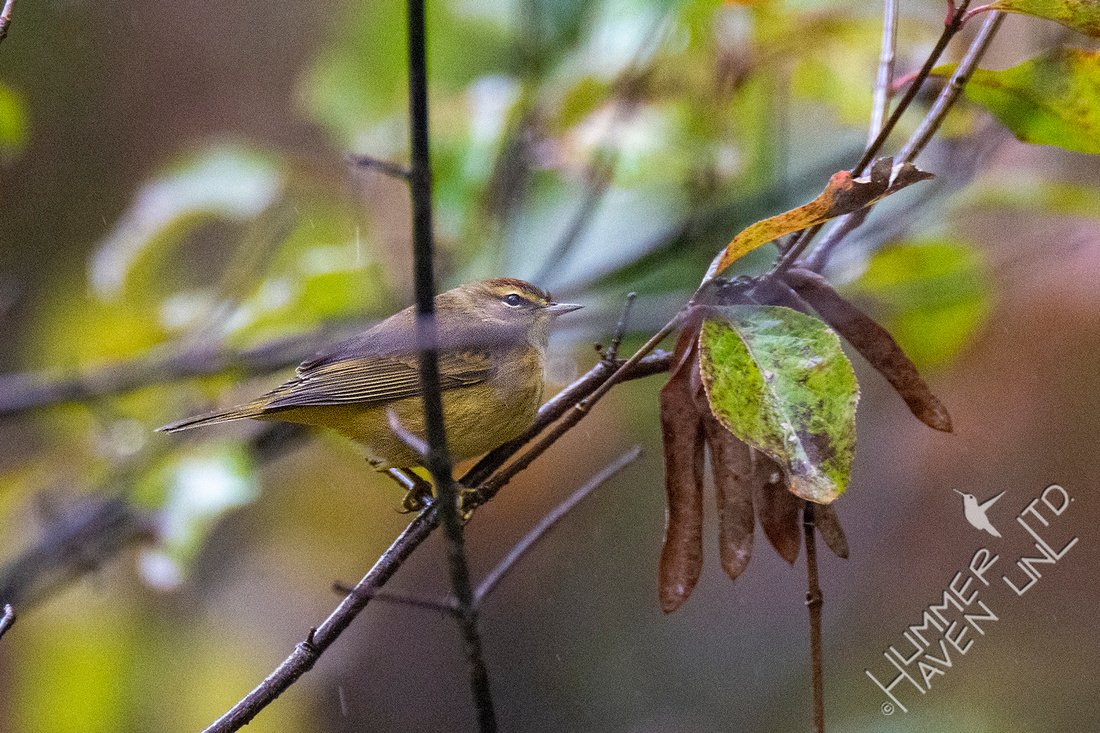 Pine Siskins did come in a flock later that day, with eight as my high count. That number may increase over the winter, my birding friends report seeing 30-60+ birds in their yards! That's sure a challenge for a good pair of eyes to track. 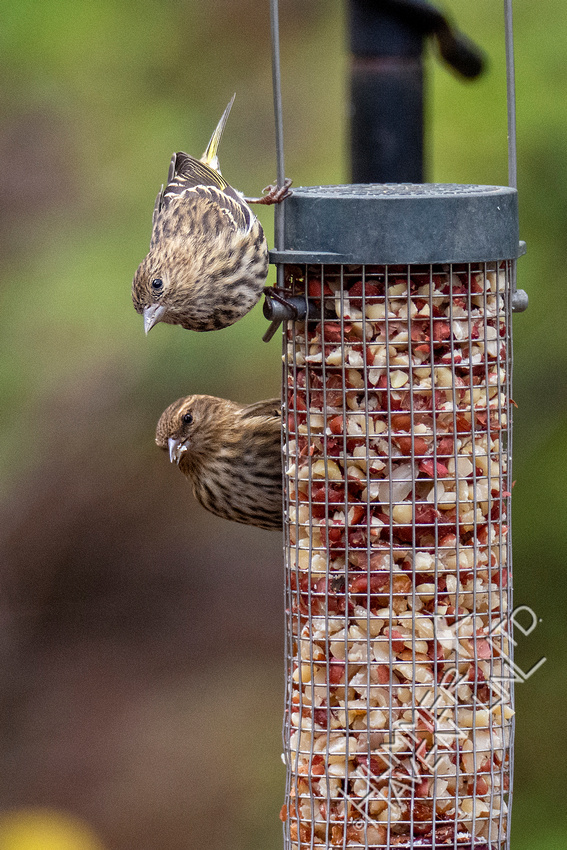 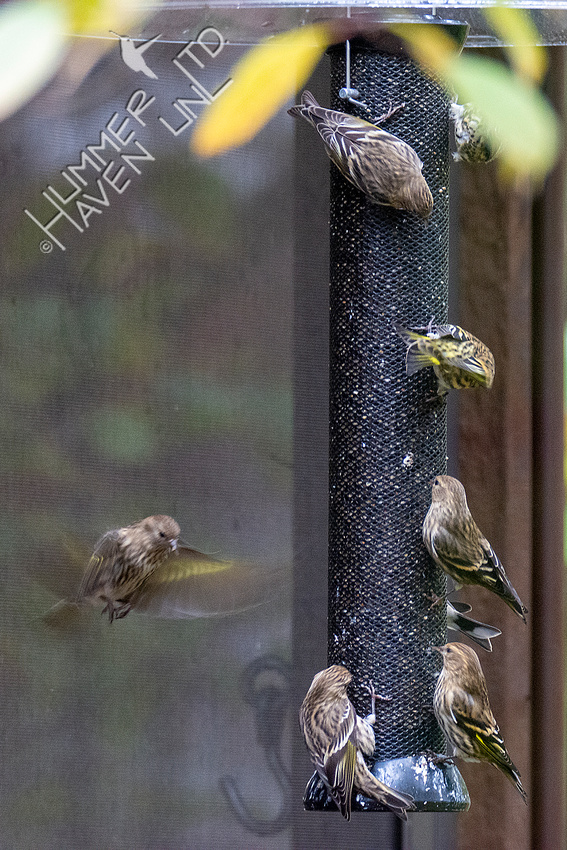 Another Orange-crowned Warbler dropped in yesterday, 10-30-20. There was a quiet spell, then the light was so pretty on a Tufted Titmouse that I took a few photos and was checking them when another yellow bird appeared! Wait, wait, don't tell me...this bird has only come to the Bubbler once before, in March, 2014, a bright Pine Warbler. 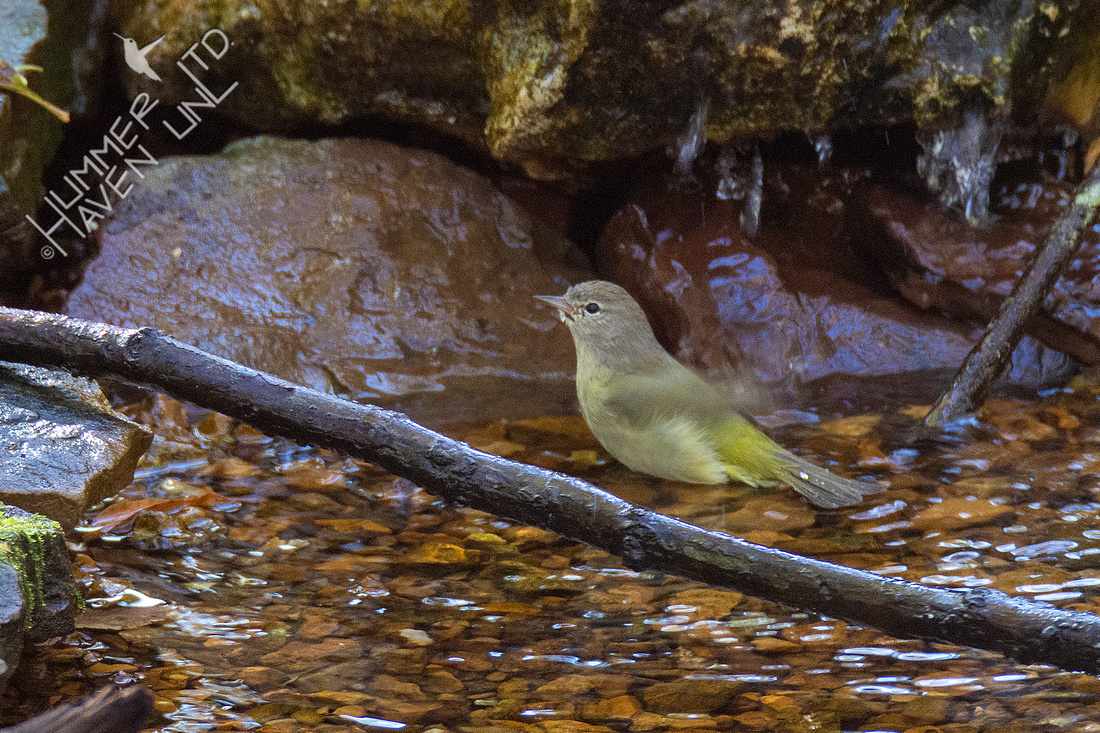 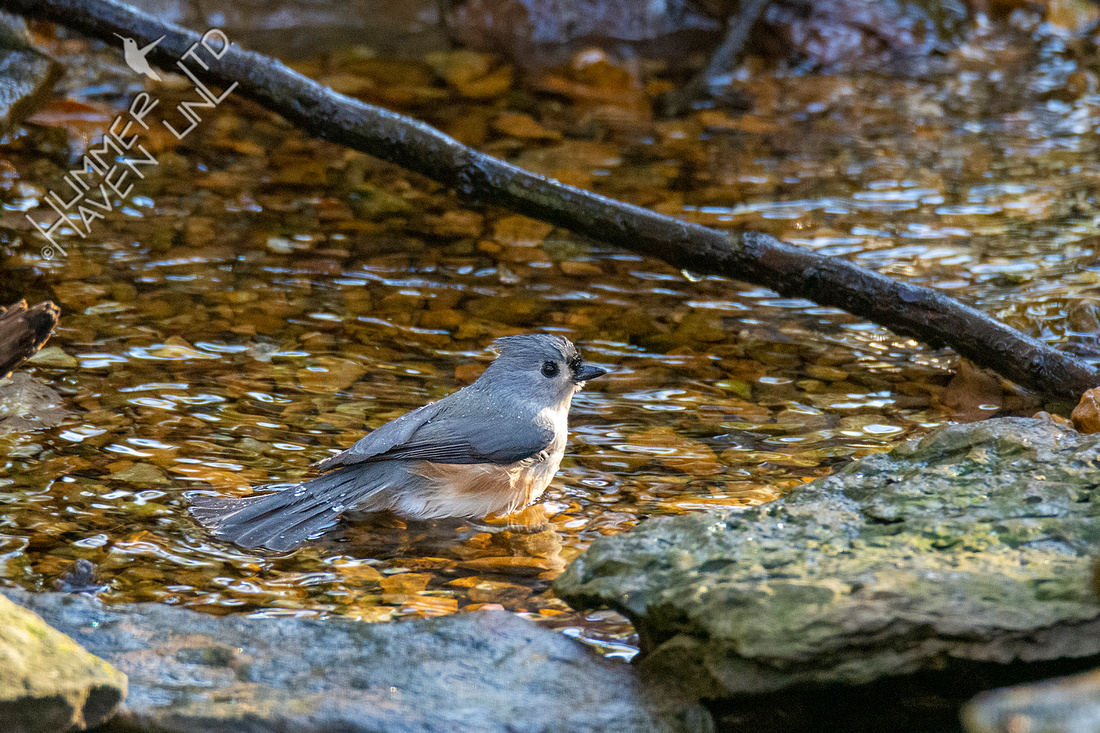 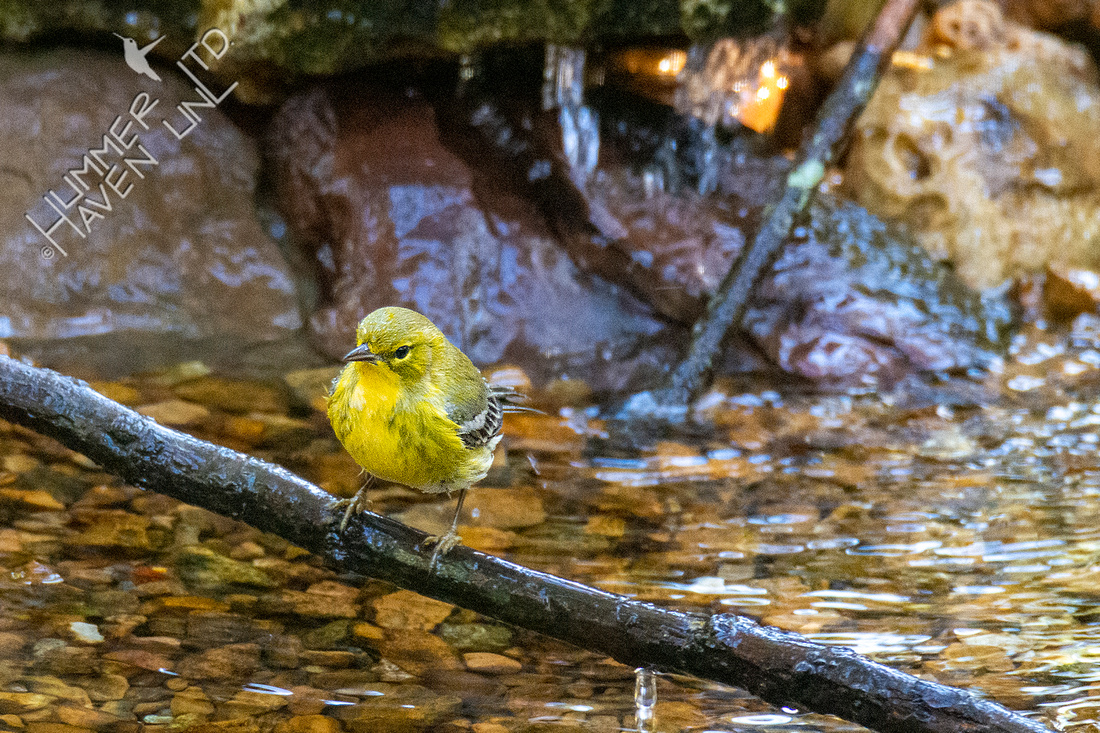 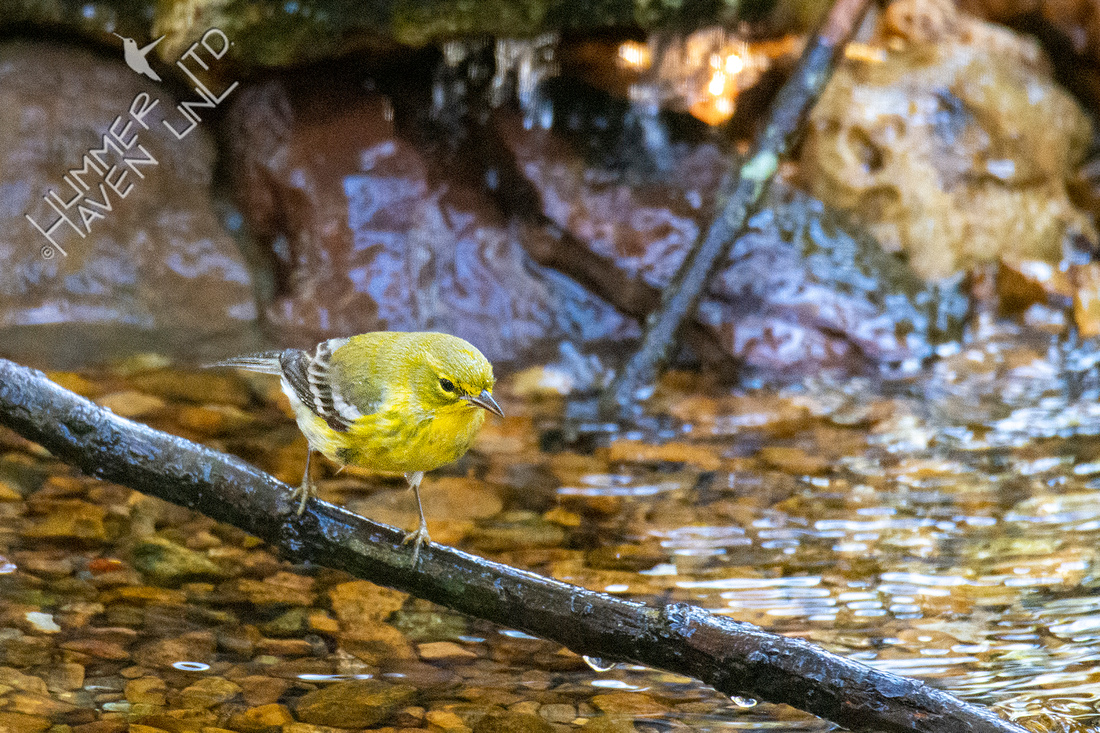 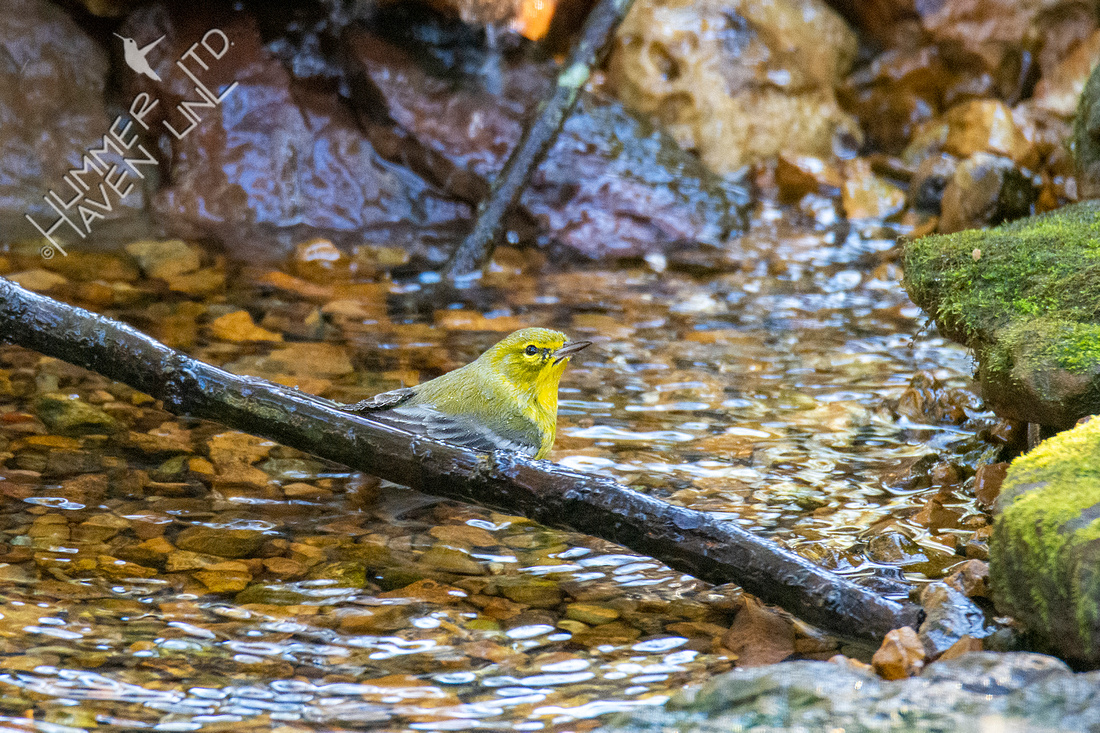 For a while this fall, it seemed that our yard was not on the main path for migration as it had been in the spring. I just wasn't seeing the typical warblers in the usual numbers. Well, no more whining! To have three warblers that I've not had before in the fall season is remarkable. Maybe these birds took the 'road less traveled by'. Cape May, an Eastern Palm and a Pine Warbler have been here, and what treats they have been!

Here is one last unexpected, and spooky, sighting, thanks to our Stealth Cam in the woods.

The light in the background is the infrared light on the Bubbler Cam.