Happy 20th Anniversary for the Bubbler, and October sightings 10-25-20

Yes, 20 years for the Bubbler, and October is still busy with migration.

One Nashville Warbler joined three Tennessee Warblers in a bit of an Indian summer party atmosphere. American Robins utilized the dripper baths while a Downy Woodpecker got a drink in the stream bed of the big pond. 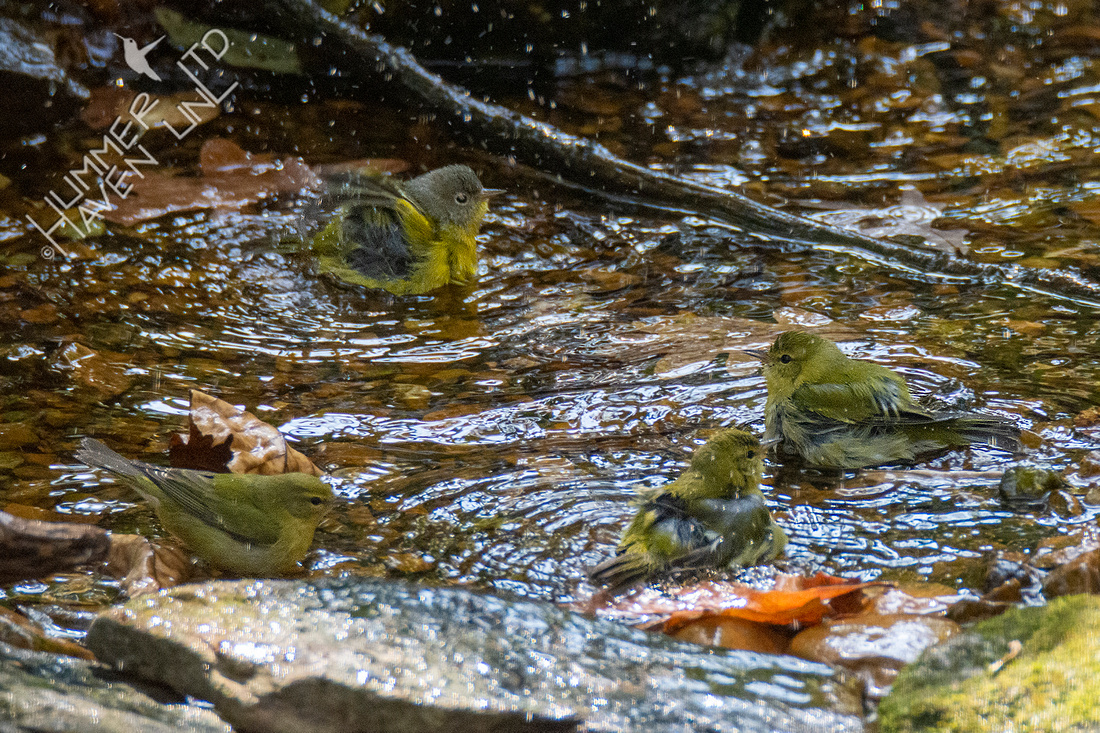 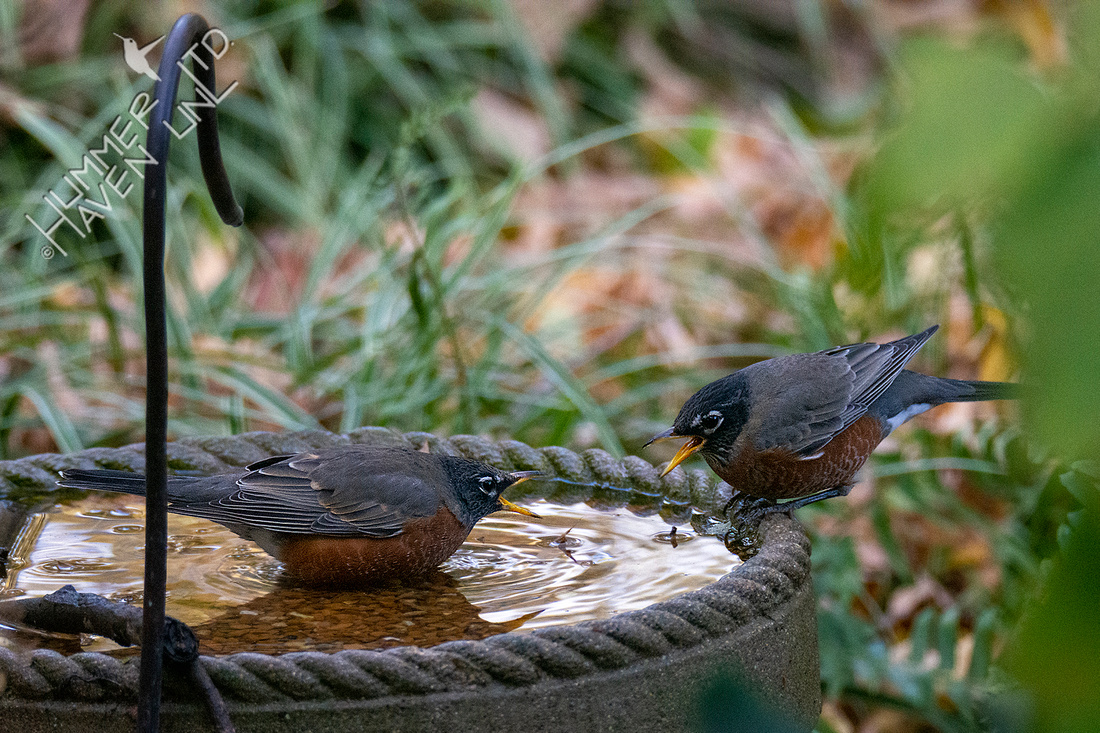 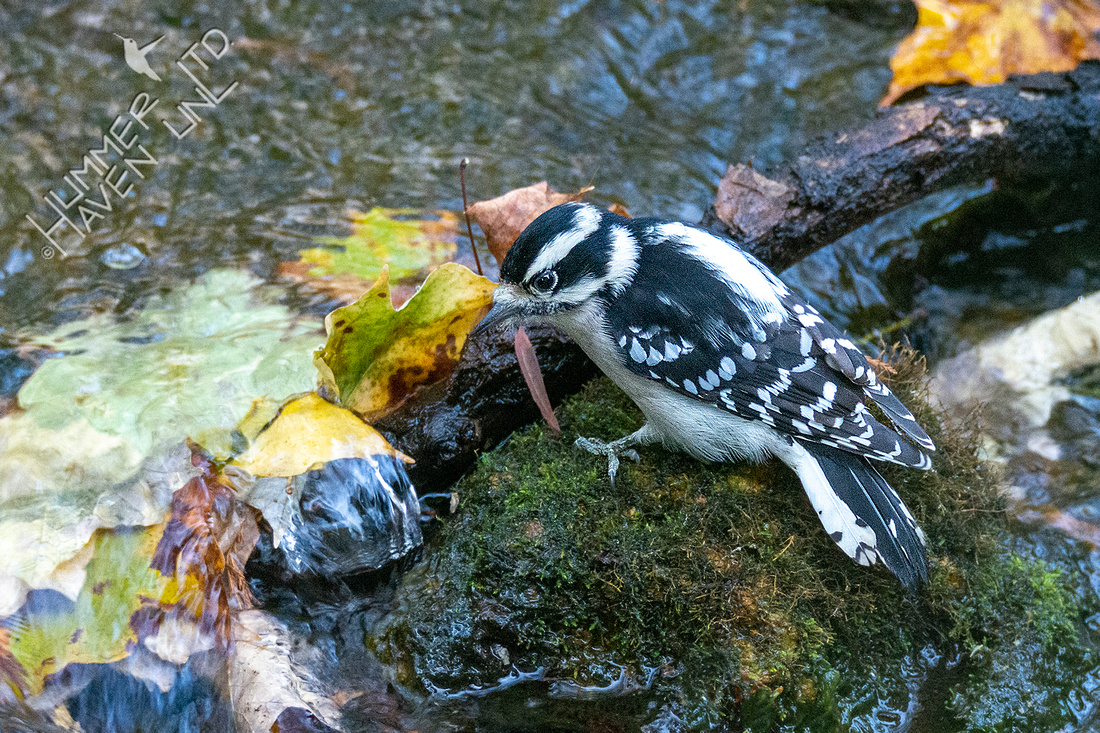 Over at the Bubbler, Eastern Phoebes continued to come in for sips of water and quick splash-baths. From tiny Ruby-crowned Kinglets to large American Crows, the water features have been visited often until we finally got some rain. 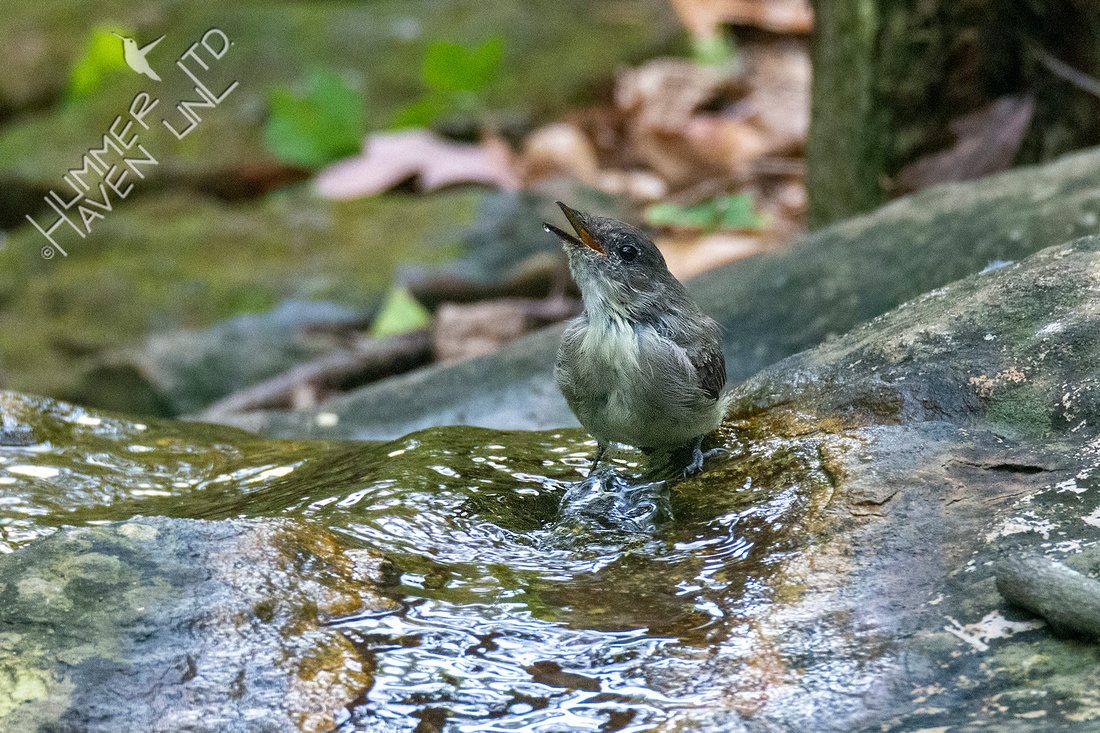 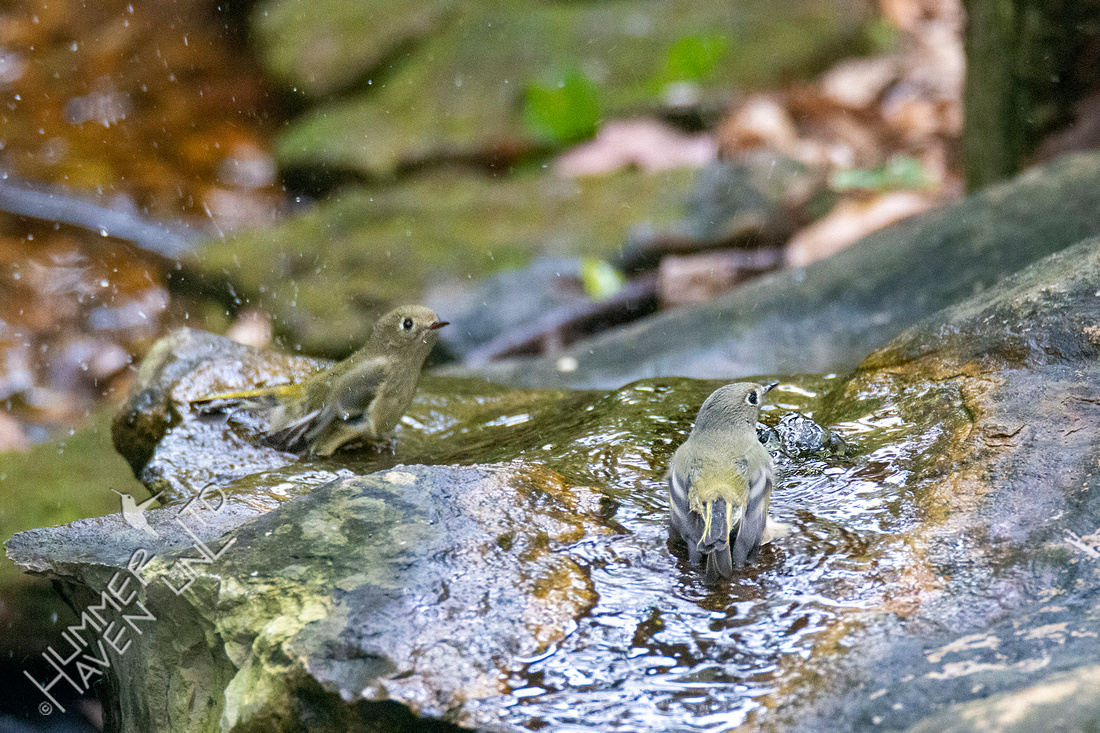 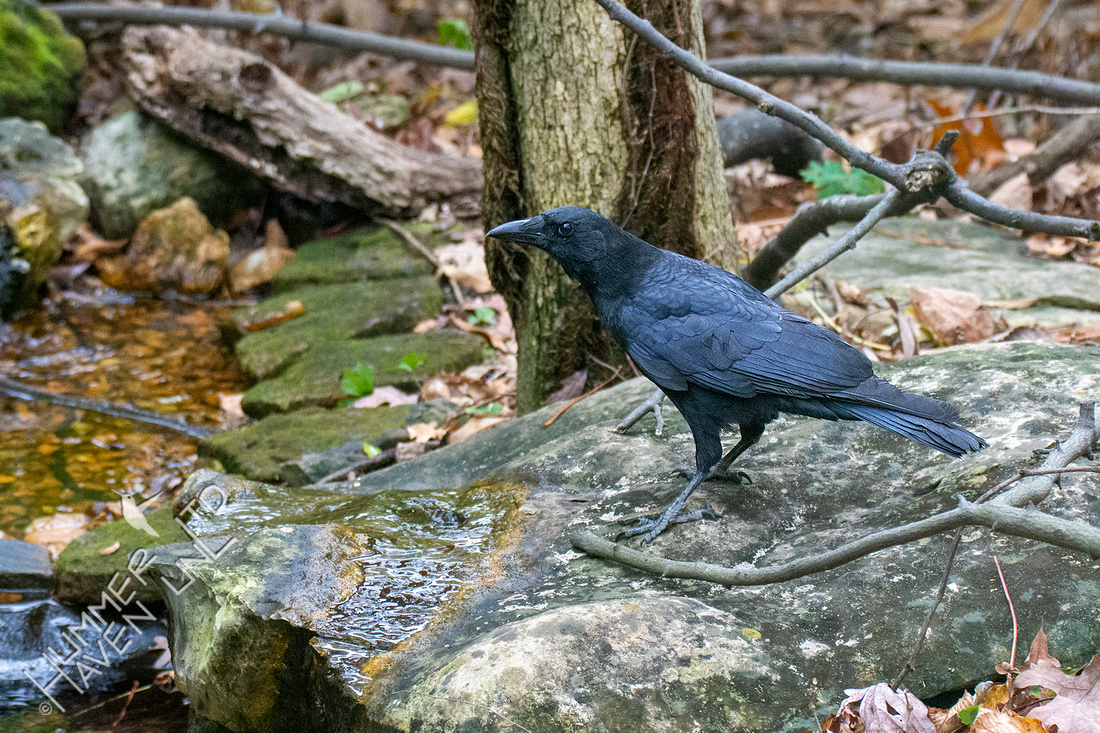 Our first of the season, FOS Yellow-bellied Sapsuckers arrived on Wednesday, 10-21-20. A female flew in first, but was quickly upset by an immature bird, which was instantly joined by another. I saw the female again later that day, but the little scruffy ones flew up into the canopy. 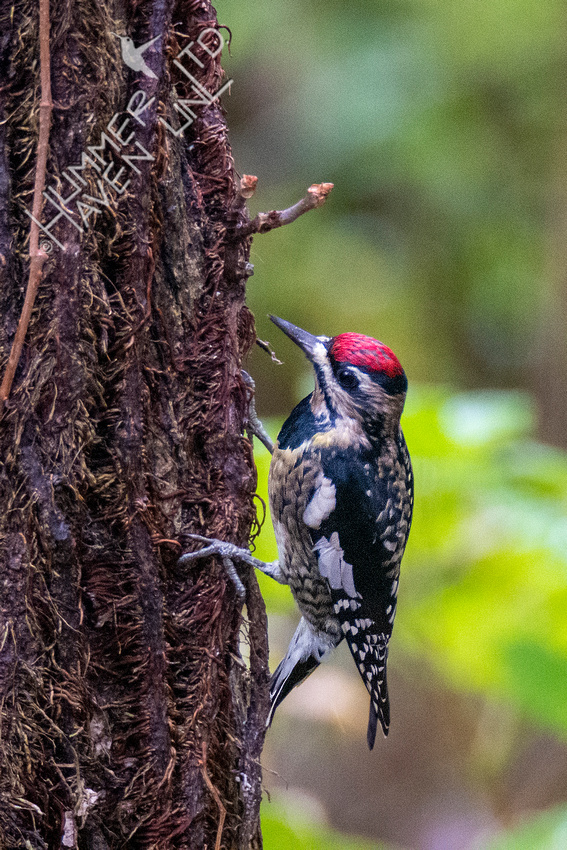 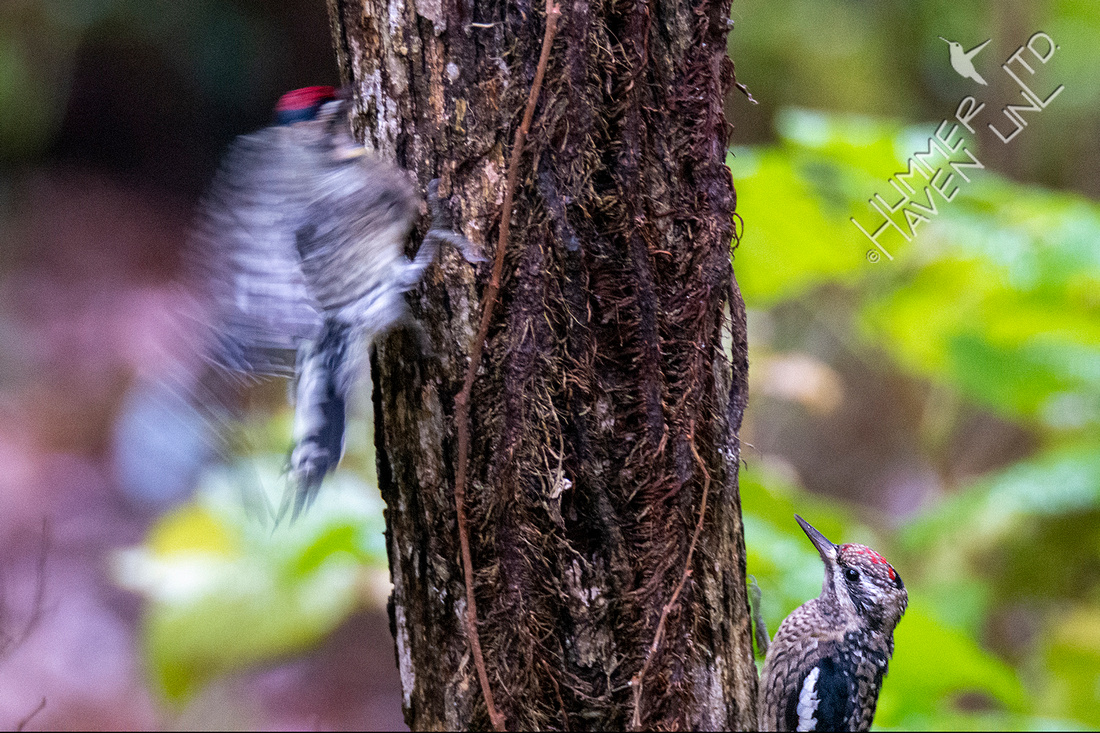 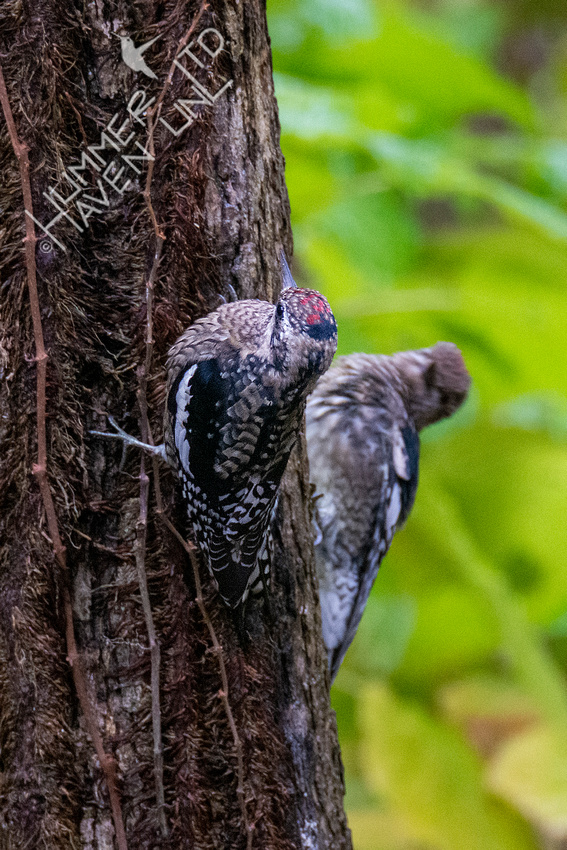 The following day, a couple titmice mirrored each other in getting freshened up. 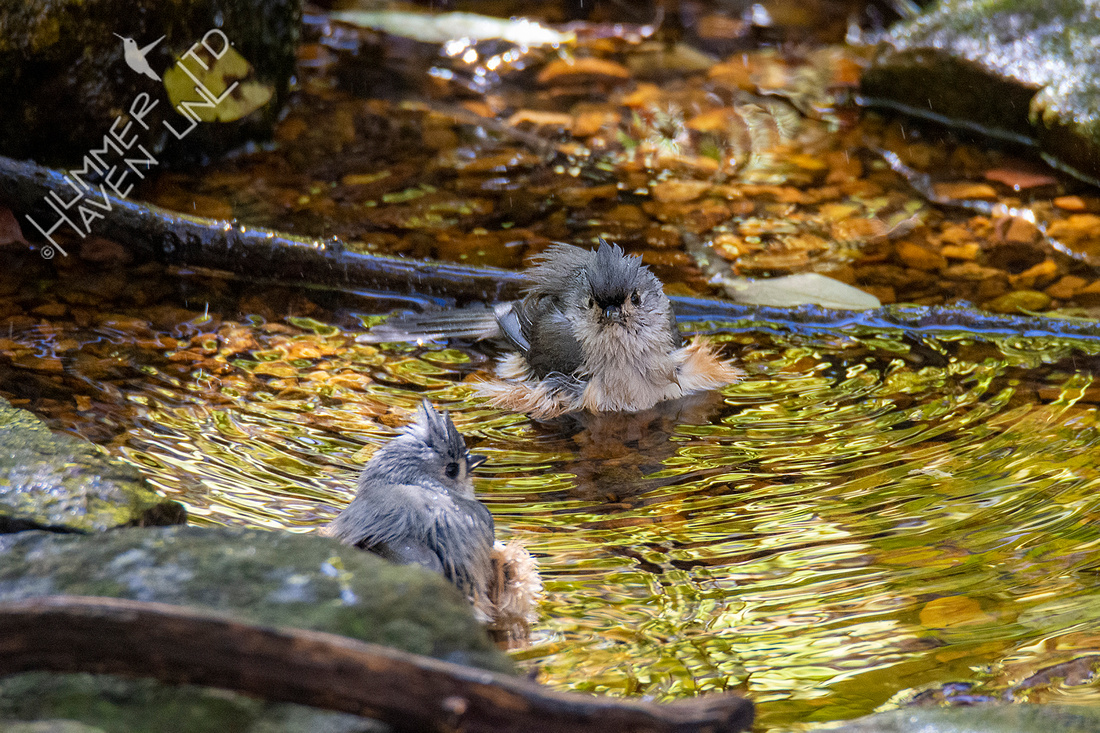 A Blue-headed Vireo had the basin all to itself when it came in later. Apparently, this uncommon species isn't often seen in places other than parks and larger migrant traps. Lucky us, this vireo really knows how to belly-flop! Whoopee! 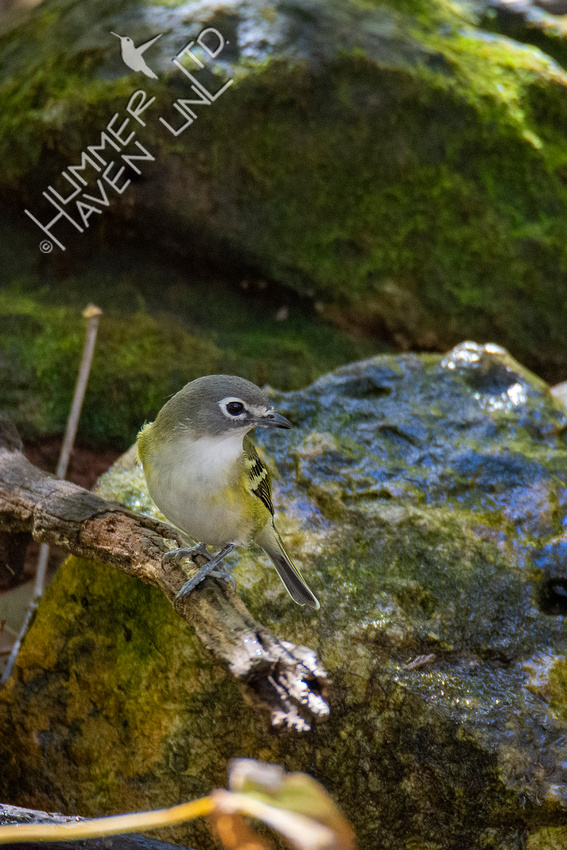 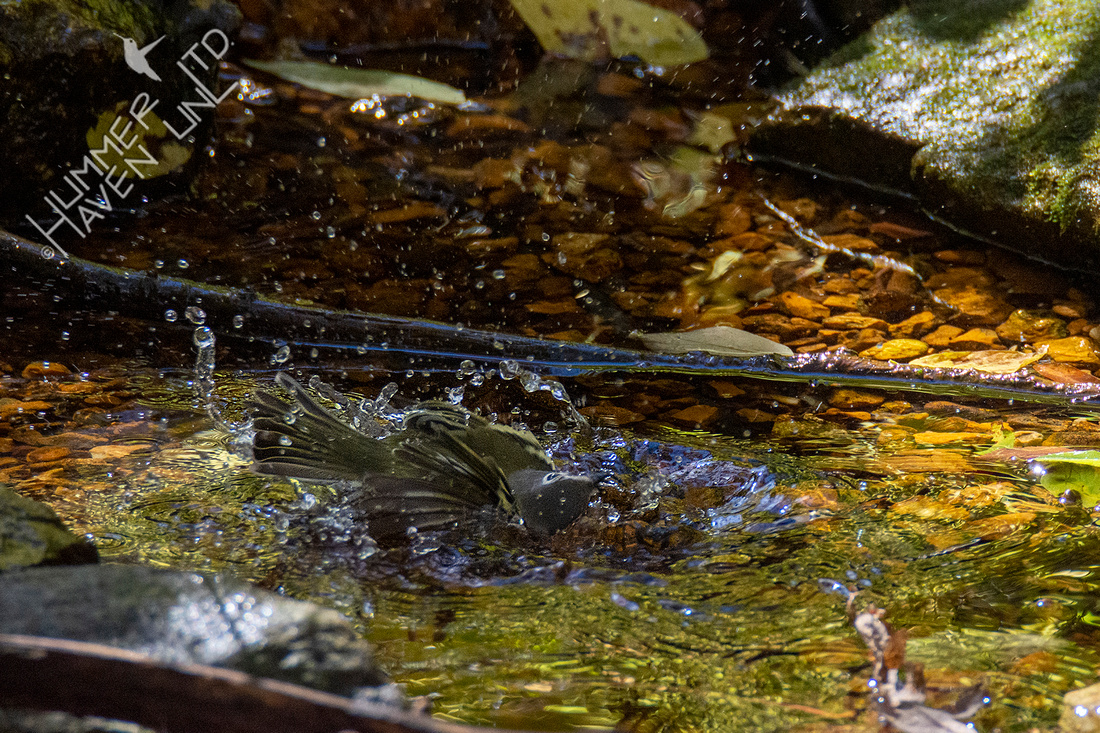 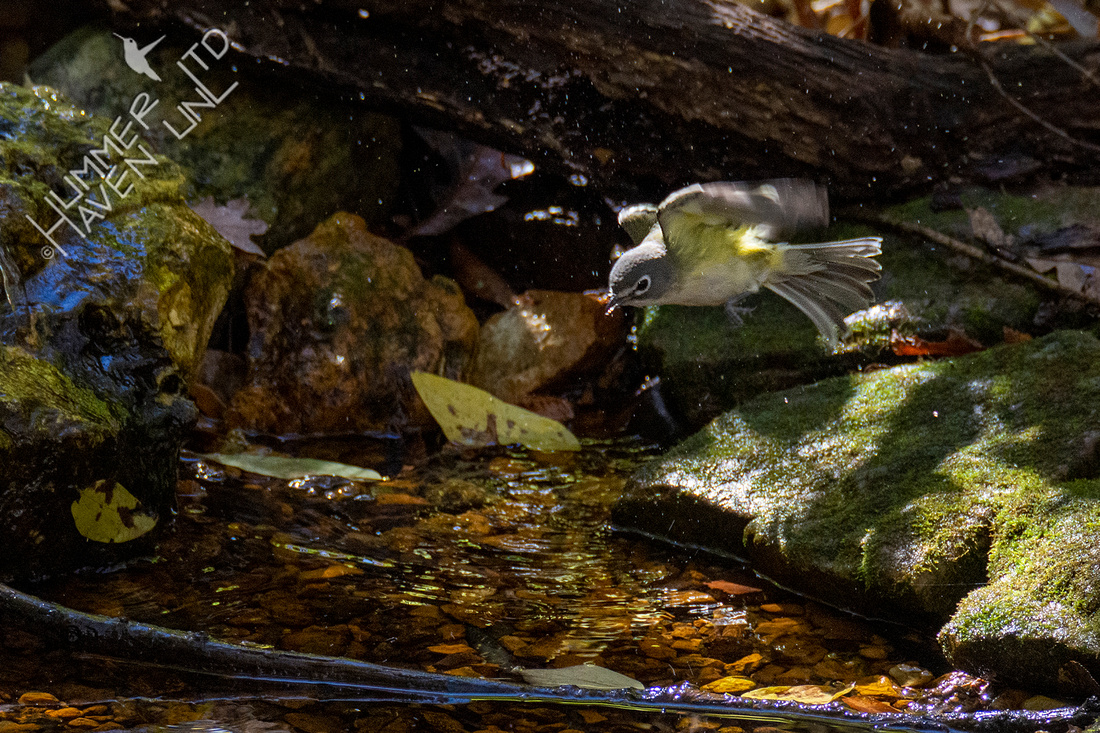 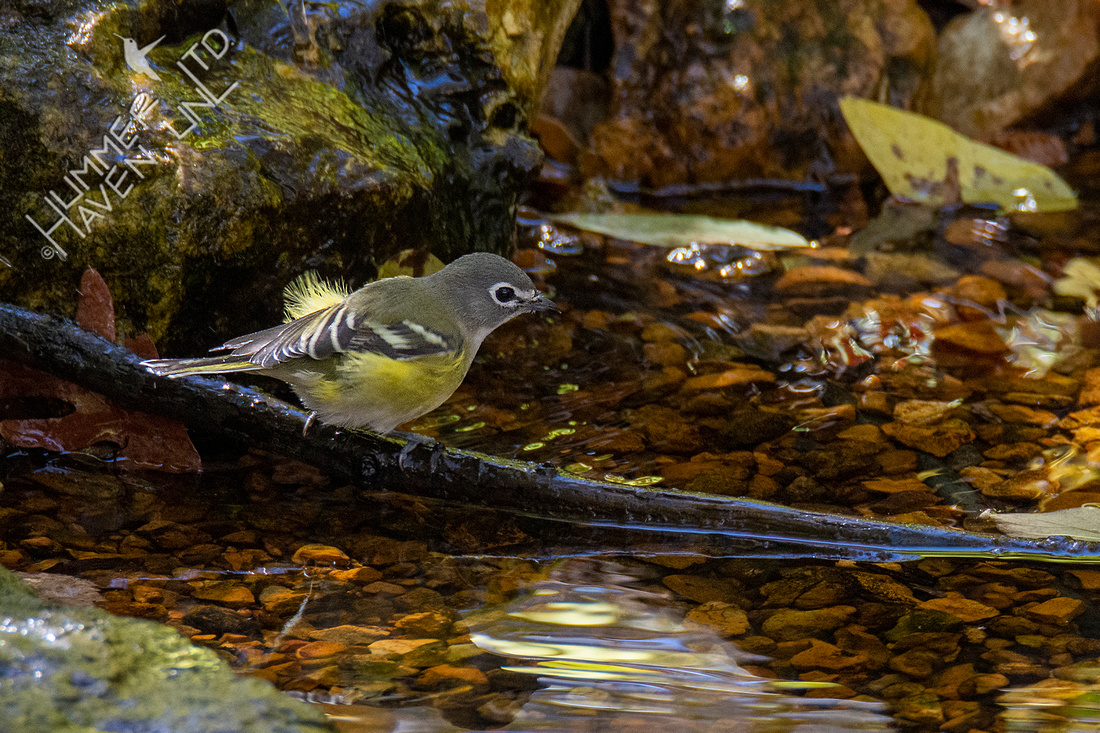 After the vireo left, it got very quiet, so to celebrate the 20th anniversary of the Bubbler, we gave it a little makeover. We had planned to replace the tubing with a slightly larger diameter and Dan had gathered all the components. This small change would push 25% more water through the tubing. It was our last warm day to tackle the project, and we got it done. I also raised the rock in the basin so it now flows over the flat face in a way that makes a bit more sound and flushes water through the whole basin. We liked it, now would the birds notice? 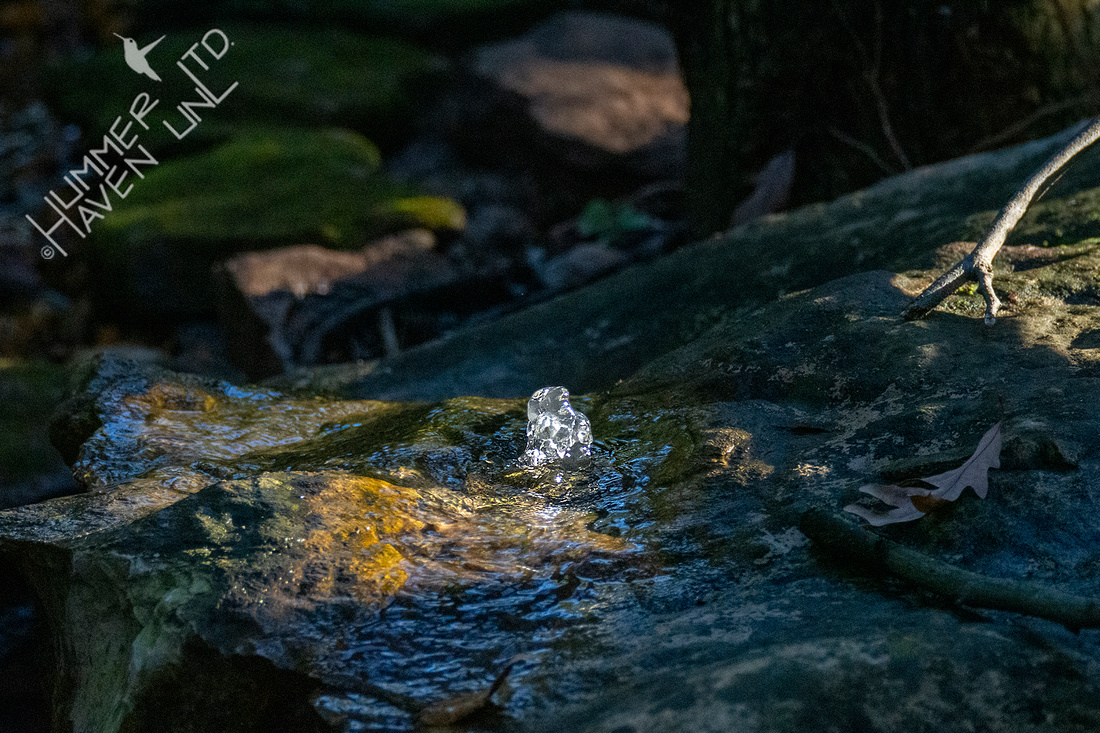 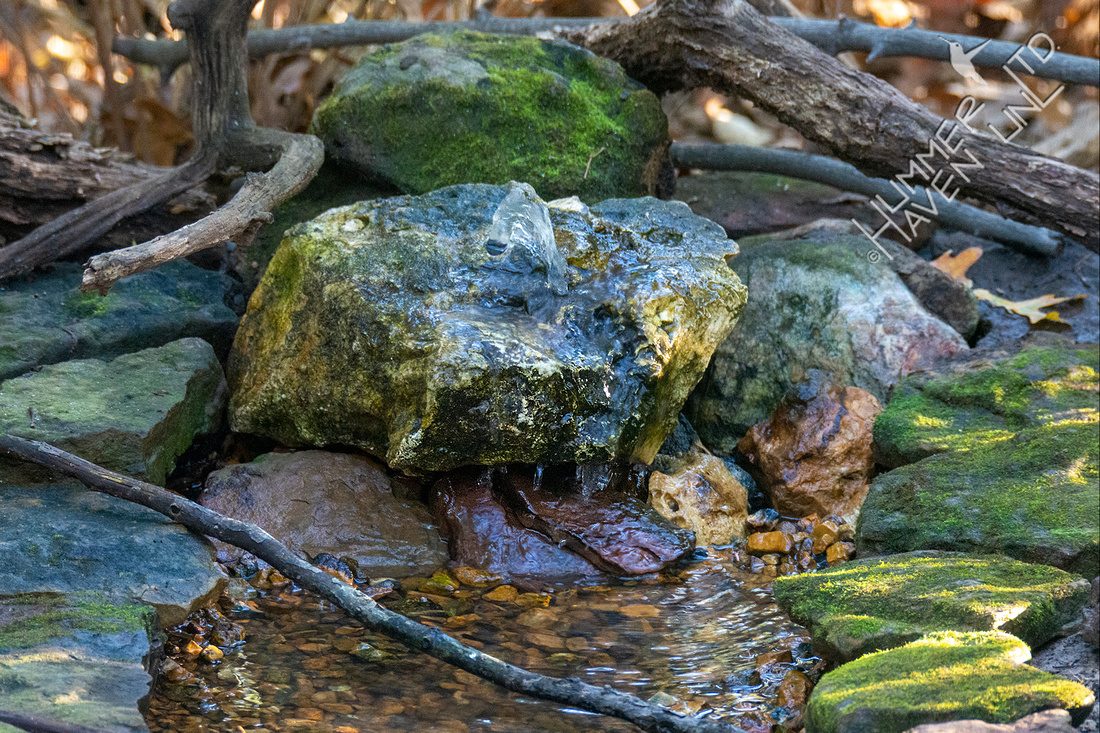 The next morning, I saw a greenish bird fly into the small elm behind the Bubbler. It was a female Summer Tanager. This is getting late for this species! It kept looking around and then flew to the Blackhaw viburnum, grabbed a ripe drupe and carried it higher, out of sight. Later that day, an American Robin came in to feast on them and a Yellow-rumped Warbler was eyeing the fruit. 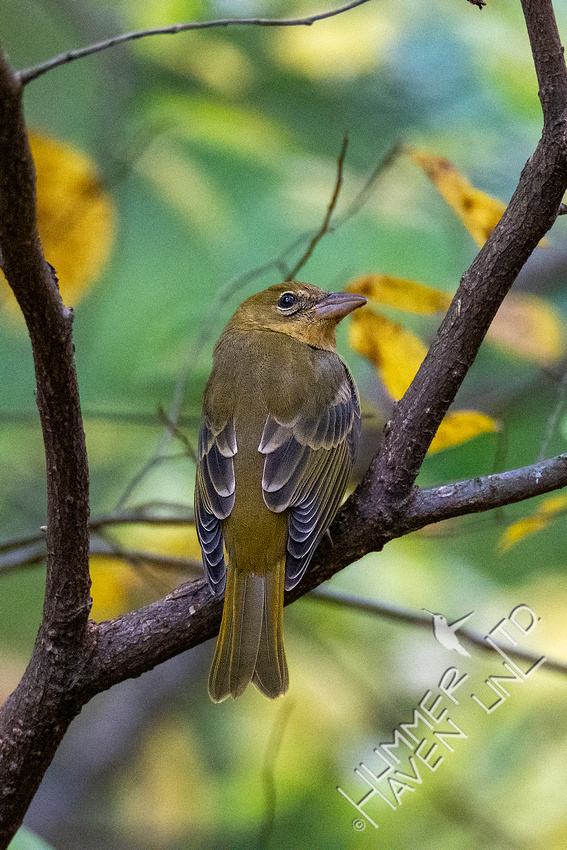 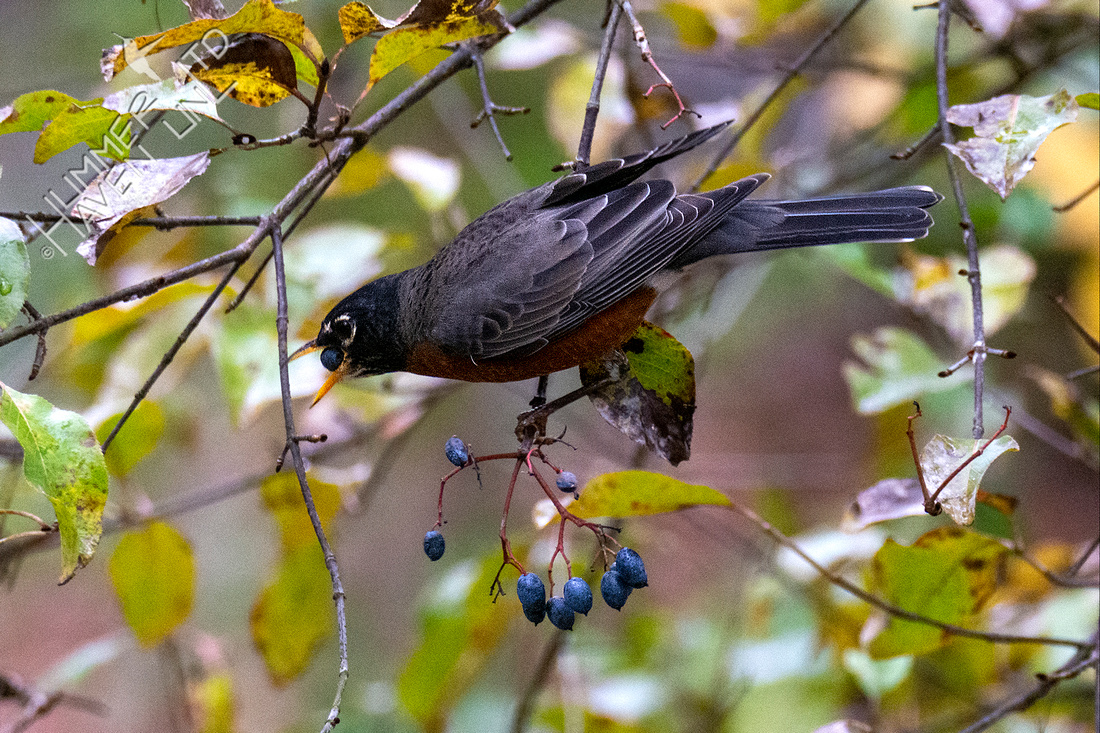 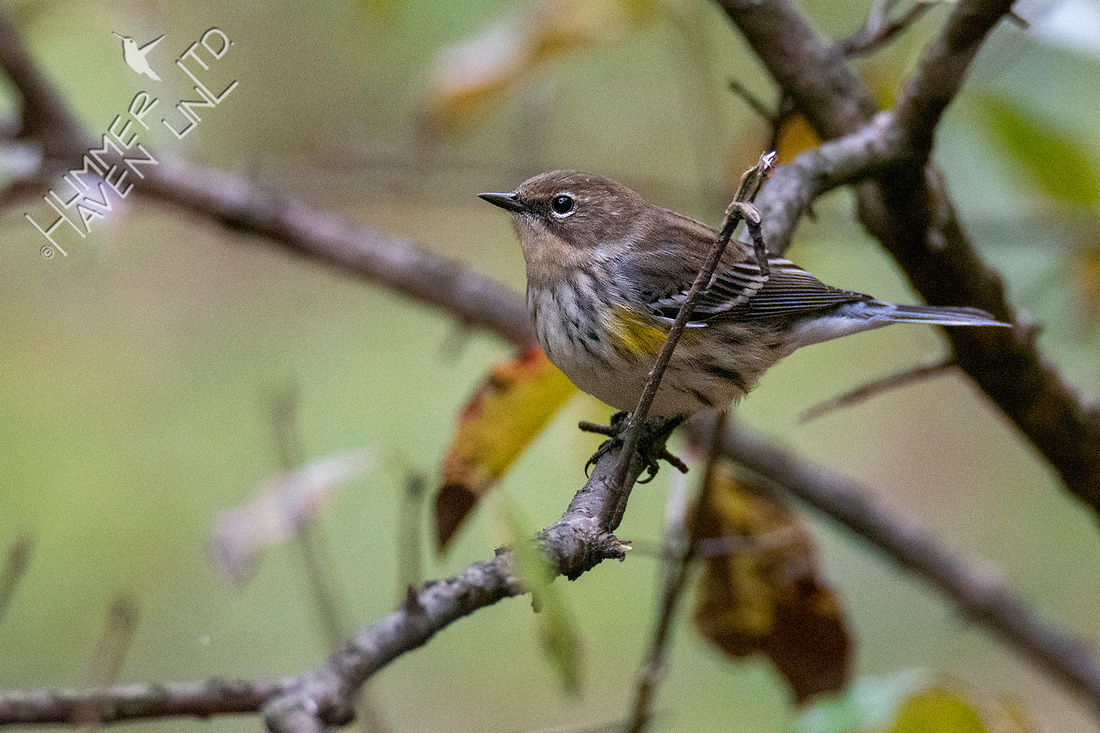 Back at the basin, the birds were all excited! Three Ruby-crowned Kinglets were popping in and out, and just as one got in to bathe, a Blue-headed Vireo came in to check things out. Yes, it looked like the birds approved the new look. 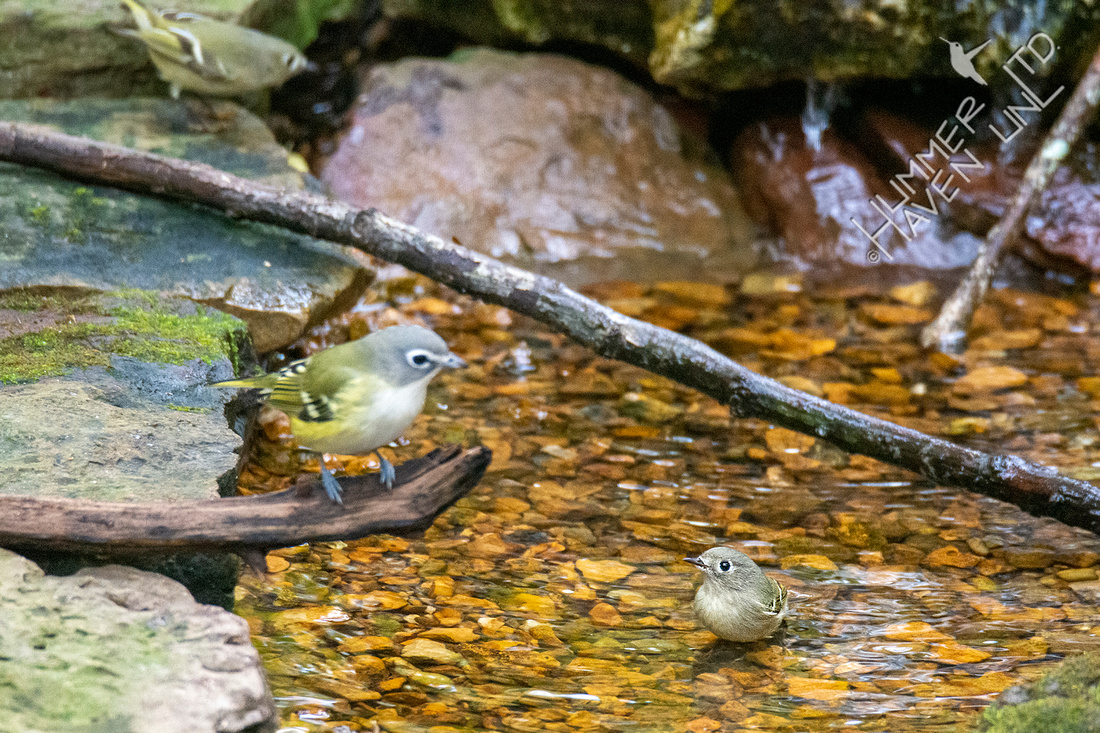 A single Black-throated Green Warbler came in and was followed by an Orange-crowned Warbler. Look closely, yes, the crown is visible on this drab little bird. 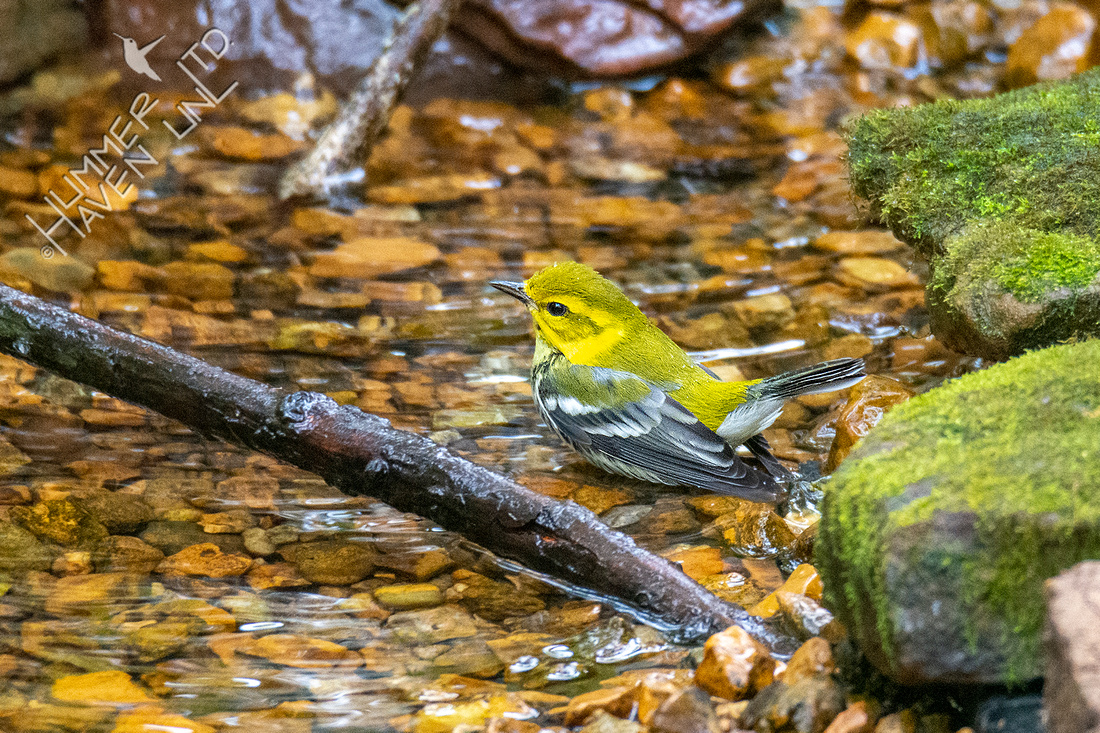 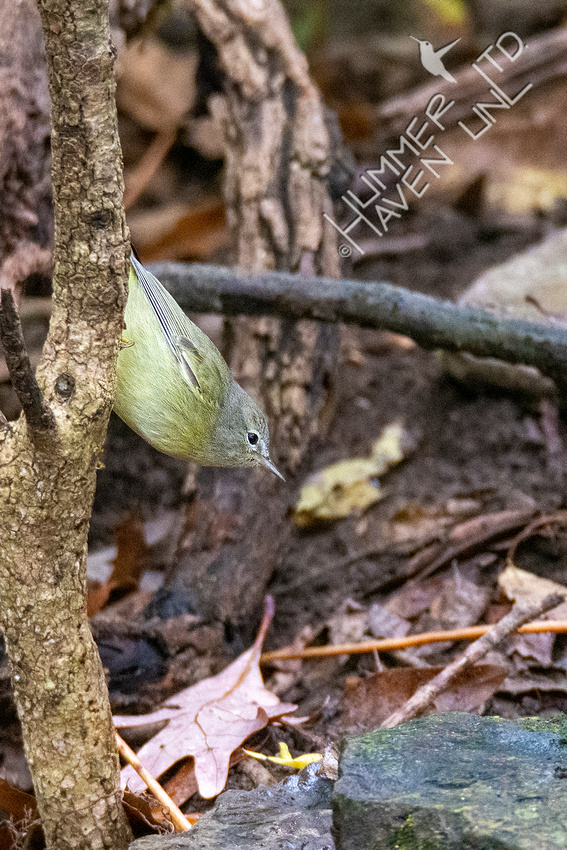 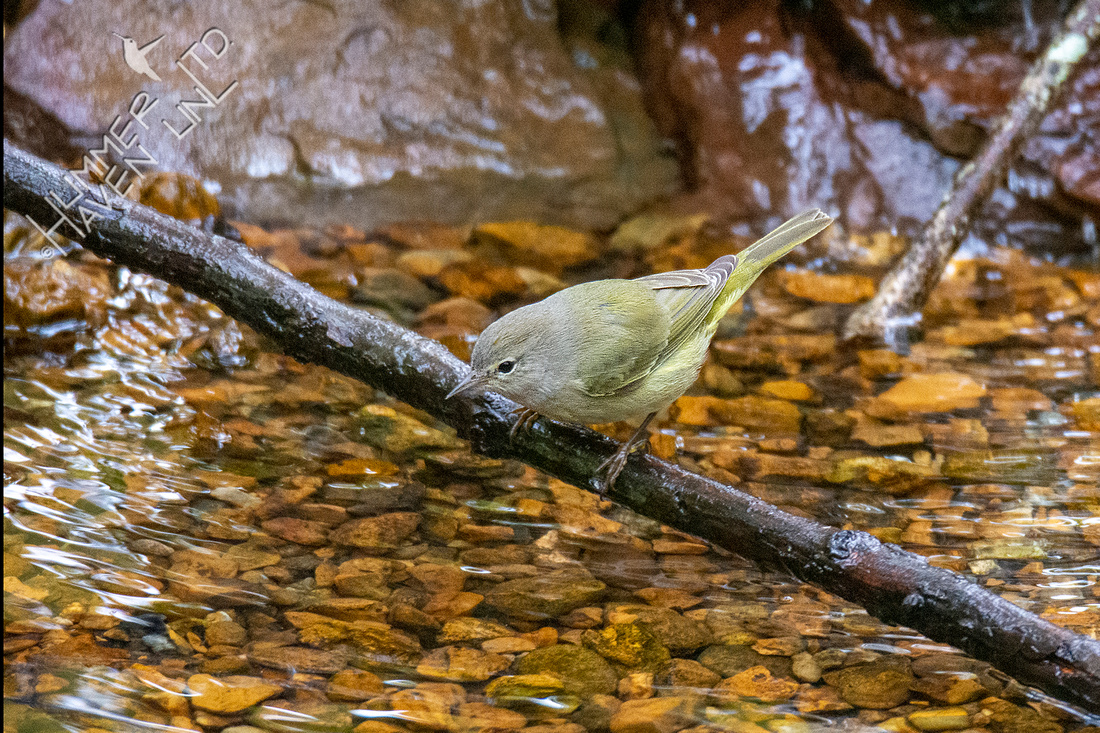 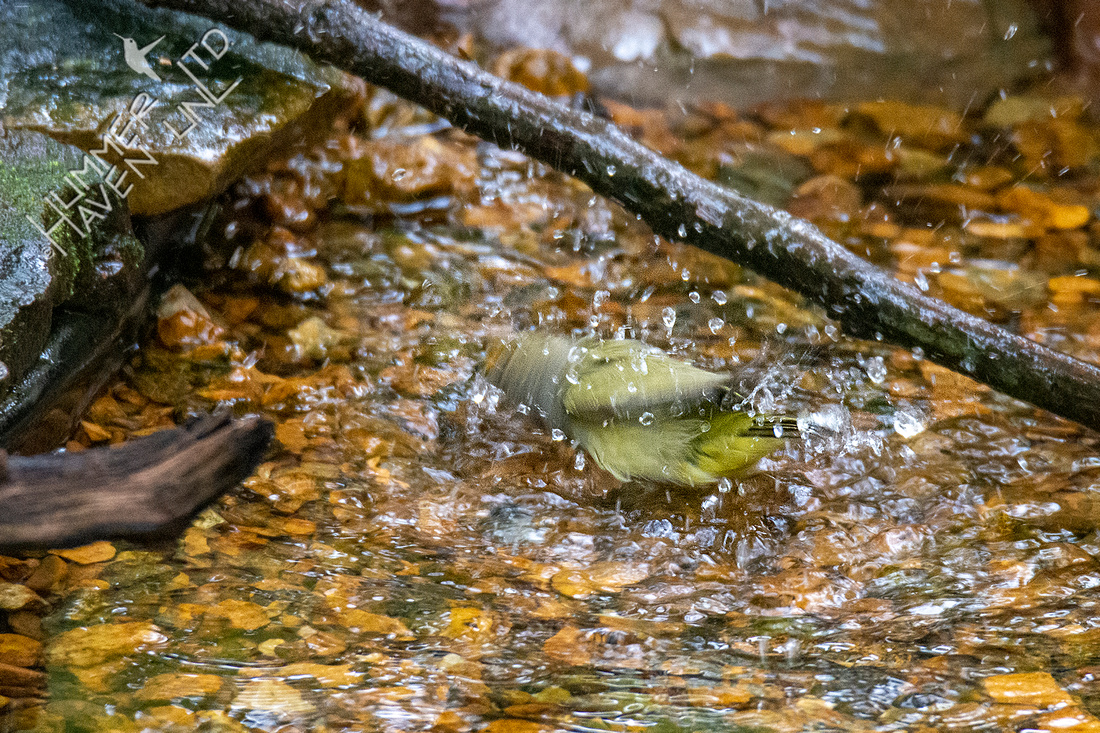 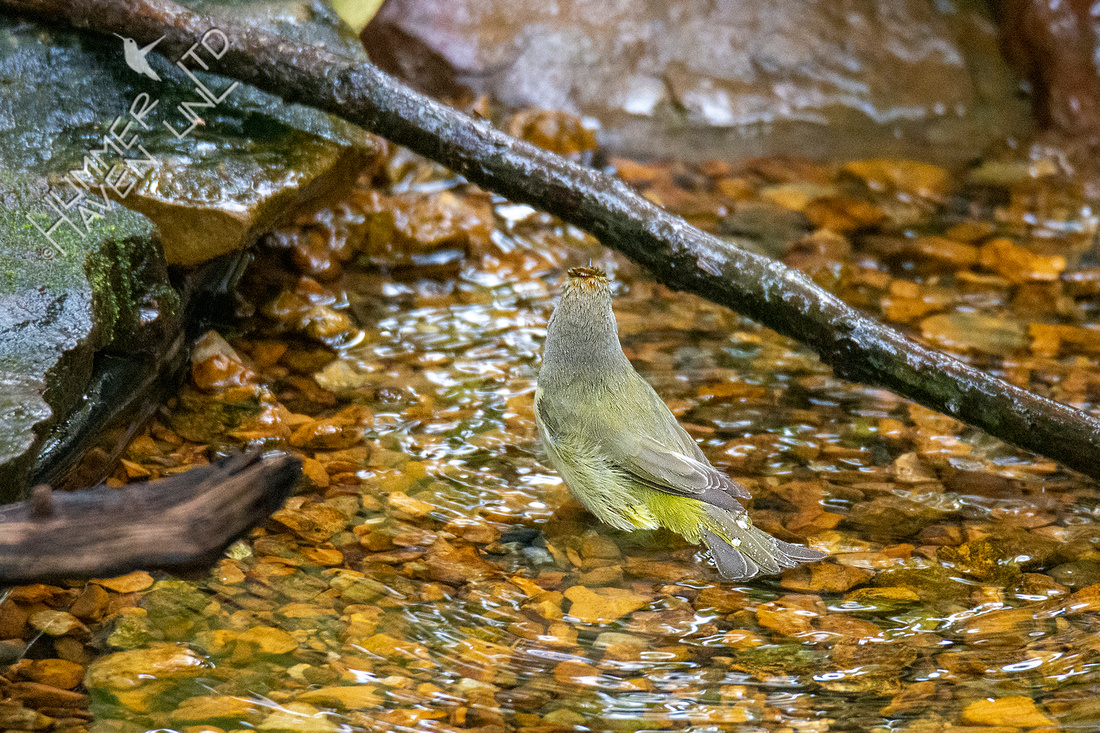 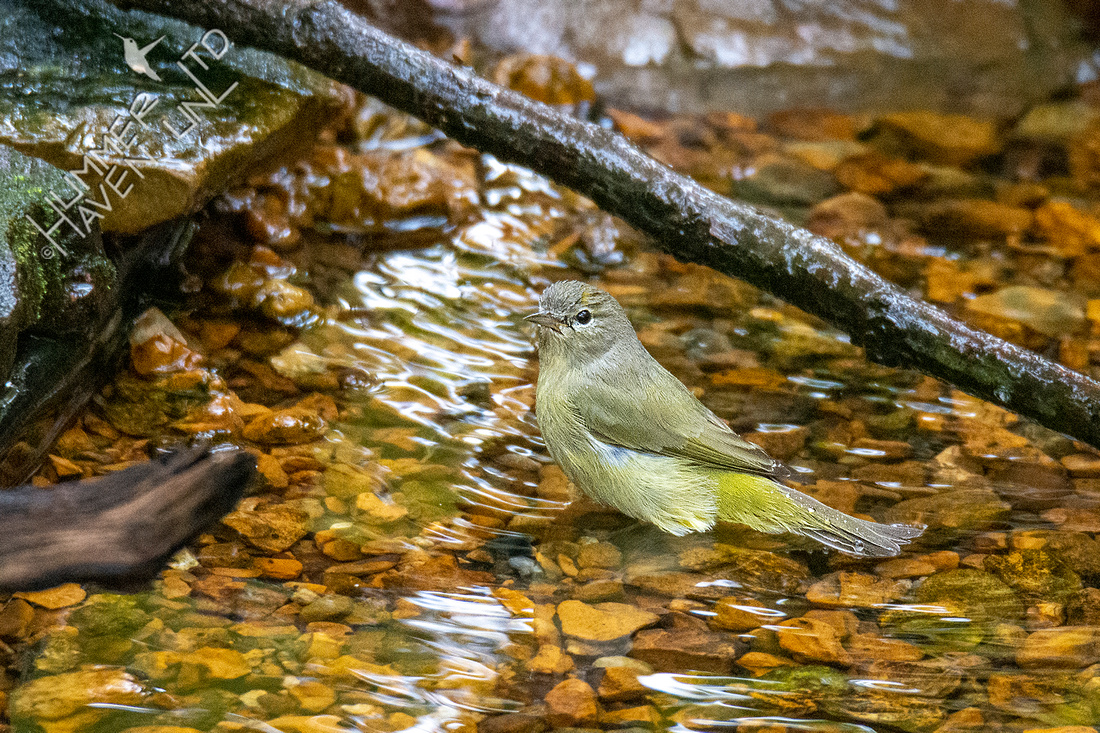 White-throated Sparrows have arrived, and they've been in the basin. A Tennessee Warbler came briefly in the morning. 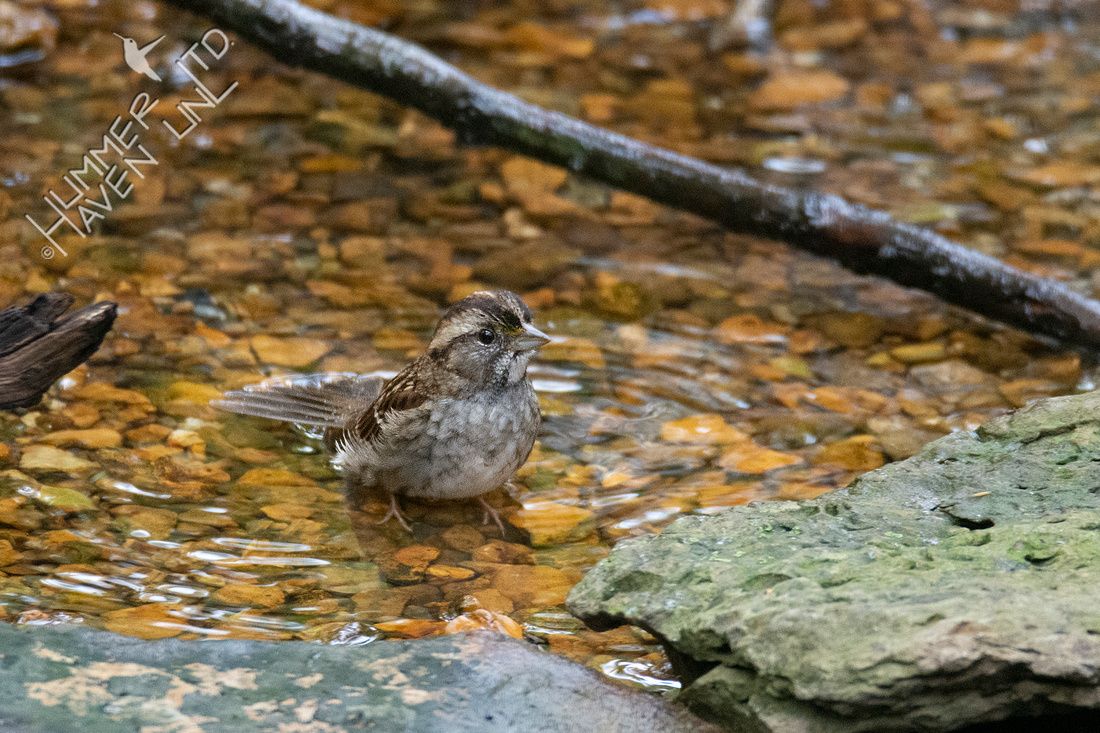 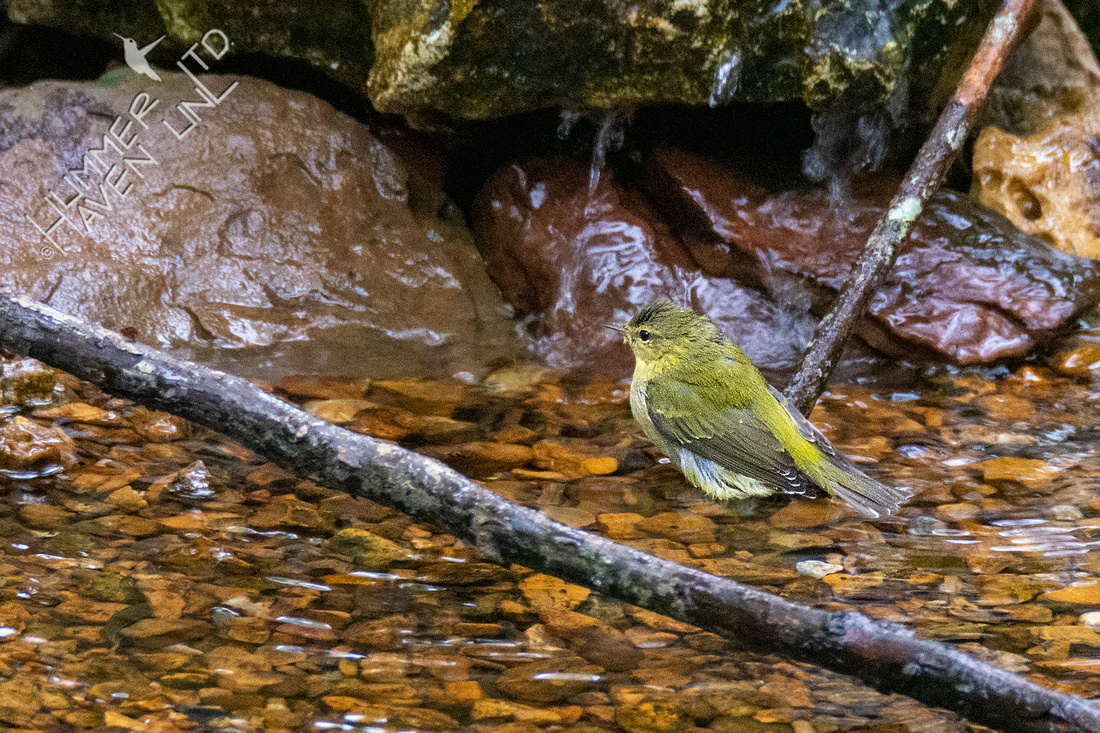 A new bird for the year arrived yesterday, 10-24-20, a Pine Siskin for #118. Large flocks are being seen in the area now. I hope this visitor found the finch feeders, there is one freshly filled and waiting in the garden near all the seed heads of Purple Coneflower, Ironweed and Eastern Blazing Star. This is an irruptive species which only comes our way when food is scarce up north. Its needle-sharp bill and yellow wing patches help to distinguish it from the larger female House Finch in the last photo. 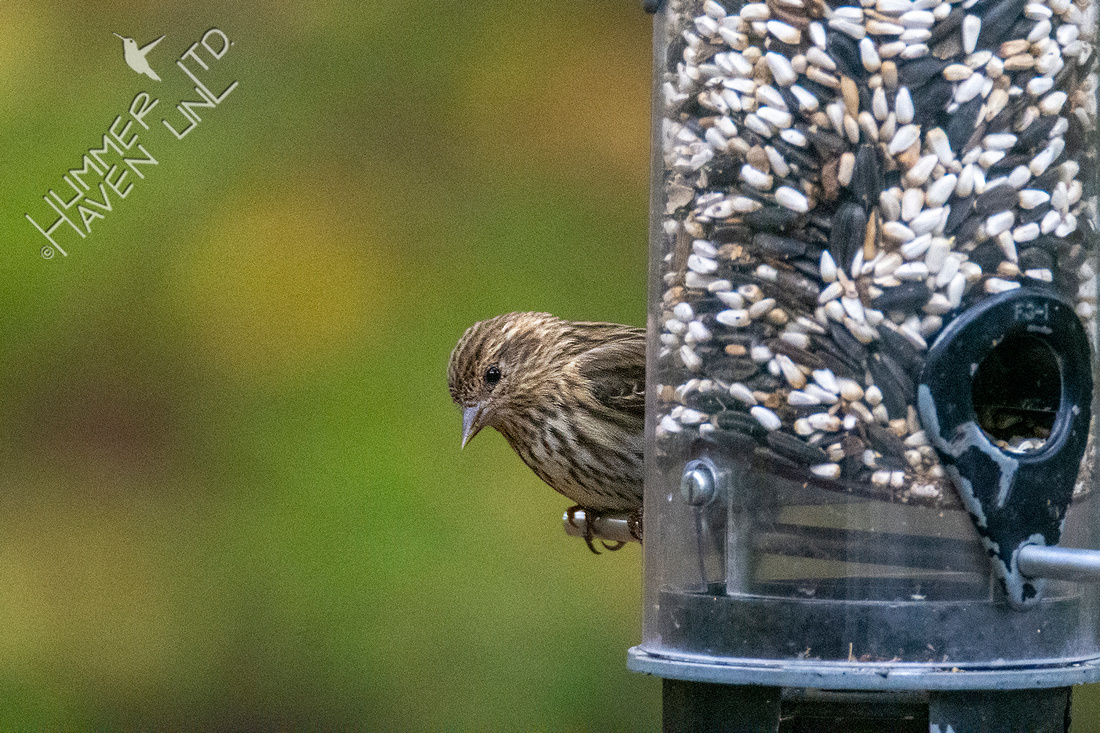 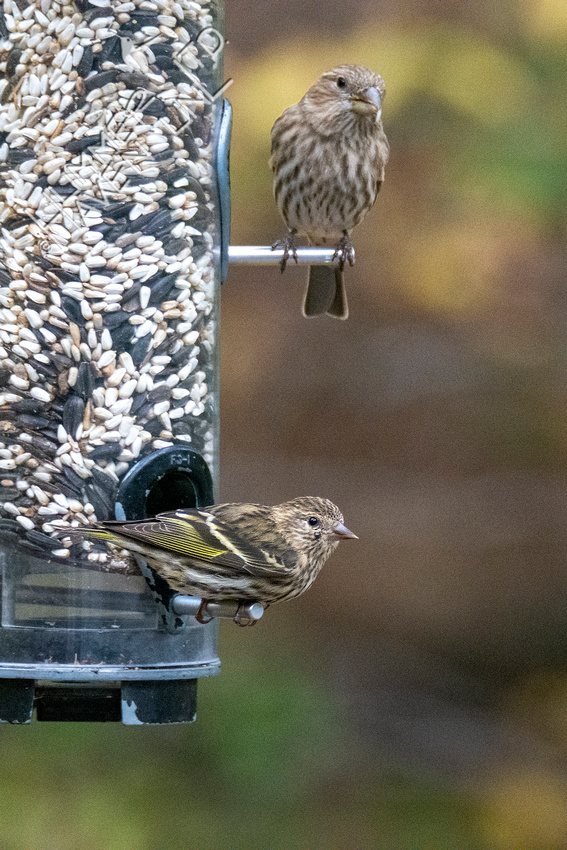