A Tennessee Warbler was dwarfed by two American Robins who claimed possession of the water. 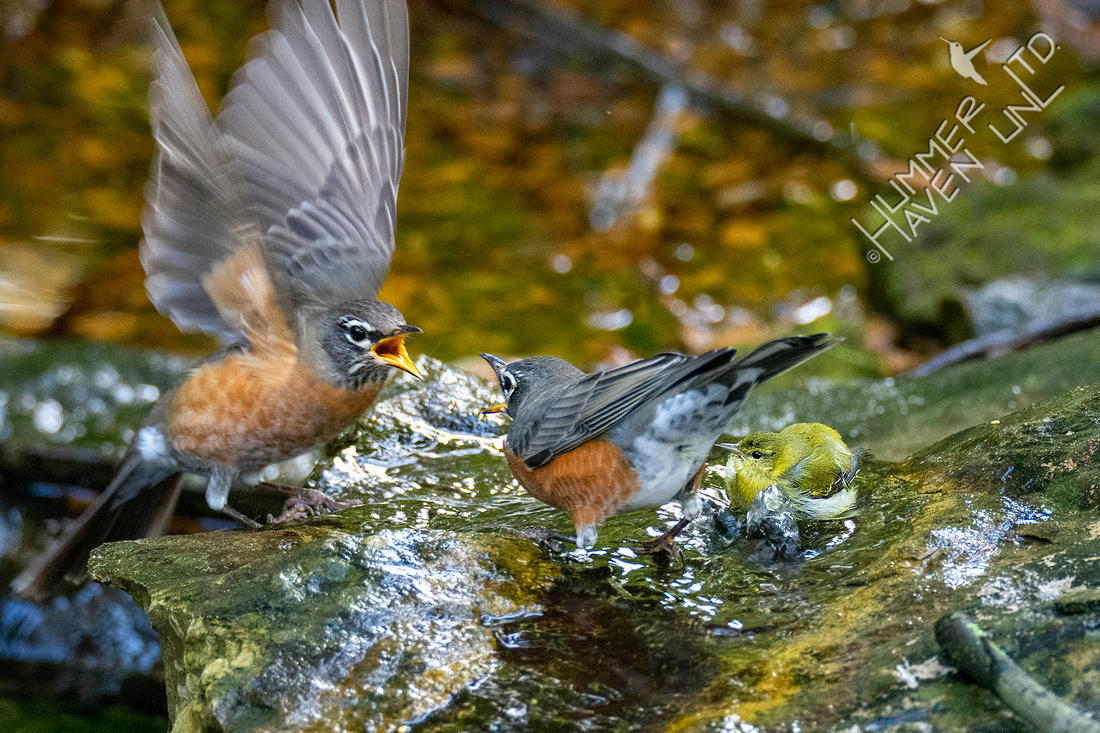 Four new first of the season (FOS) birds arrived that day. I was so tickled when this tiny Winter Wren popped out from under the deck and bounced its cheery hello to me. 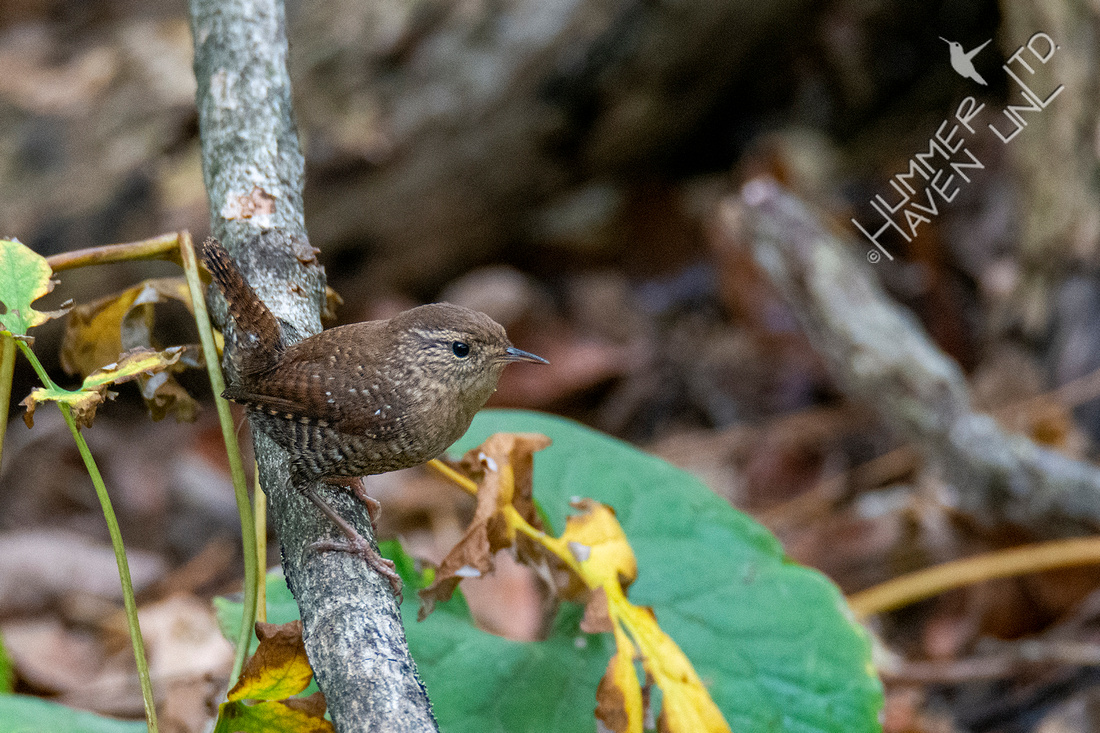 At the sump puddle, joining the influx of robins was a solitary Wood Thrush! I believe it's the first time one has been here in the fall. It was looking for food among the cypress knees. 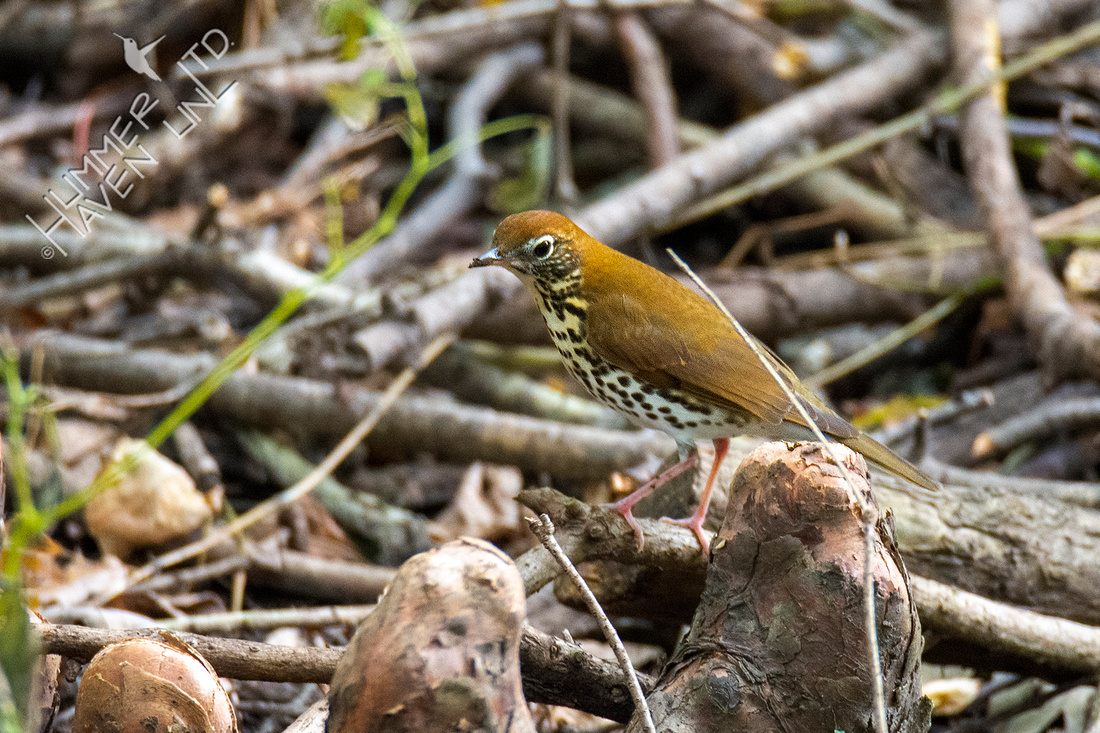 Another FOS species was Blue-headed Vireo. There were two birds, the first had a bluer head than the second bird. Their 'spectacles' make their eyes look huge. They both took splash baths. 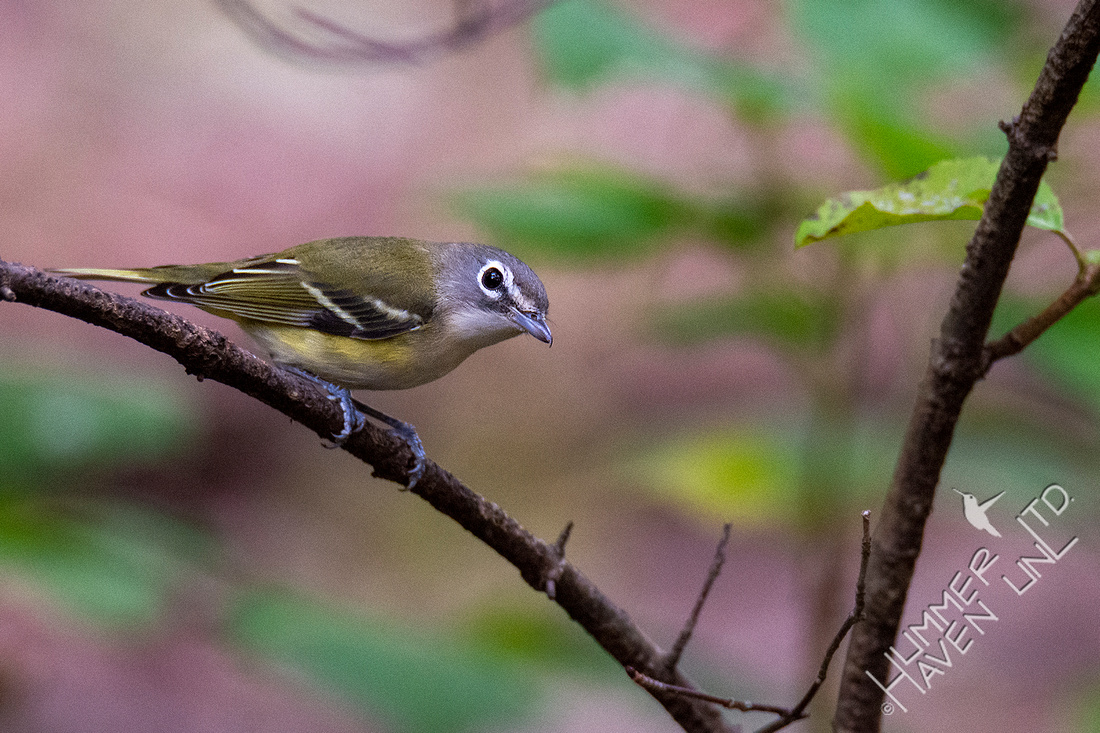 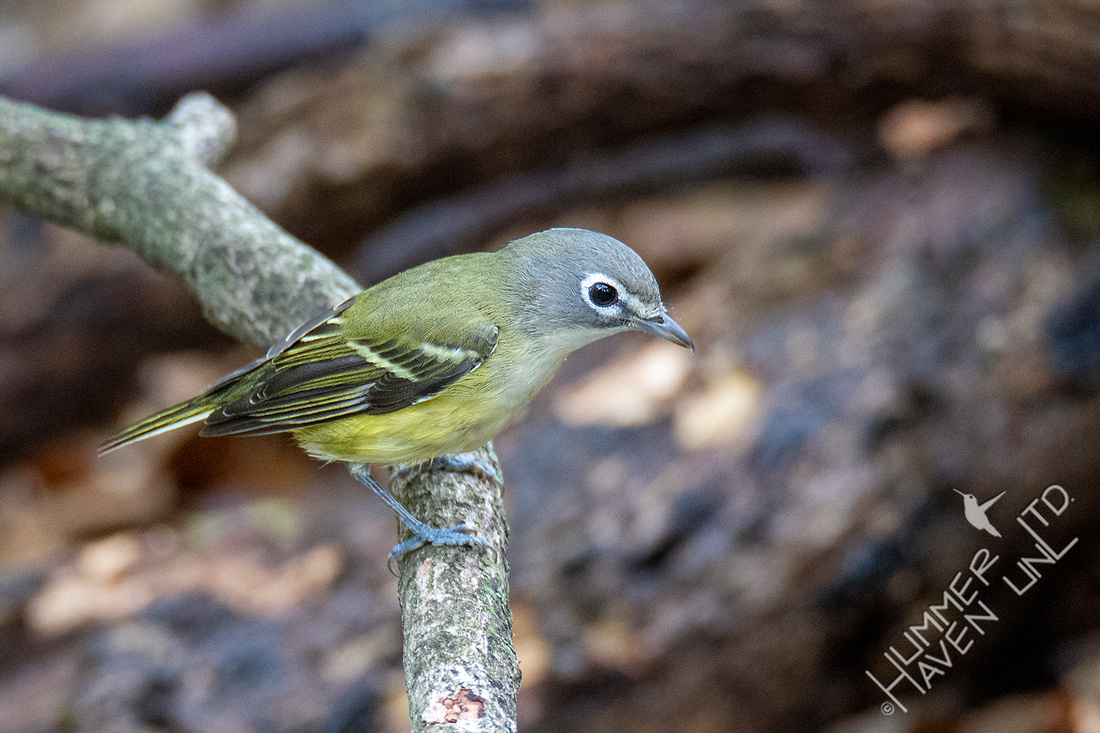 Our FOS Brown Creeper arrived on Saturday, too. This bird went to the water on several days, staying close to the tree, its familiar 'terrain'. 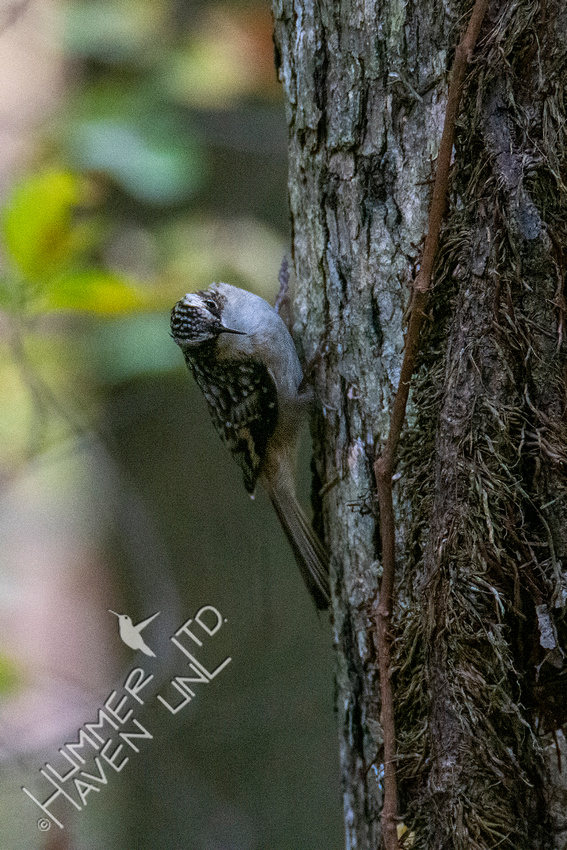 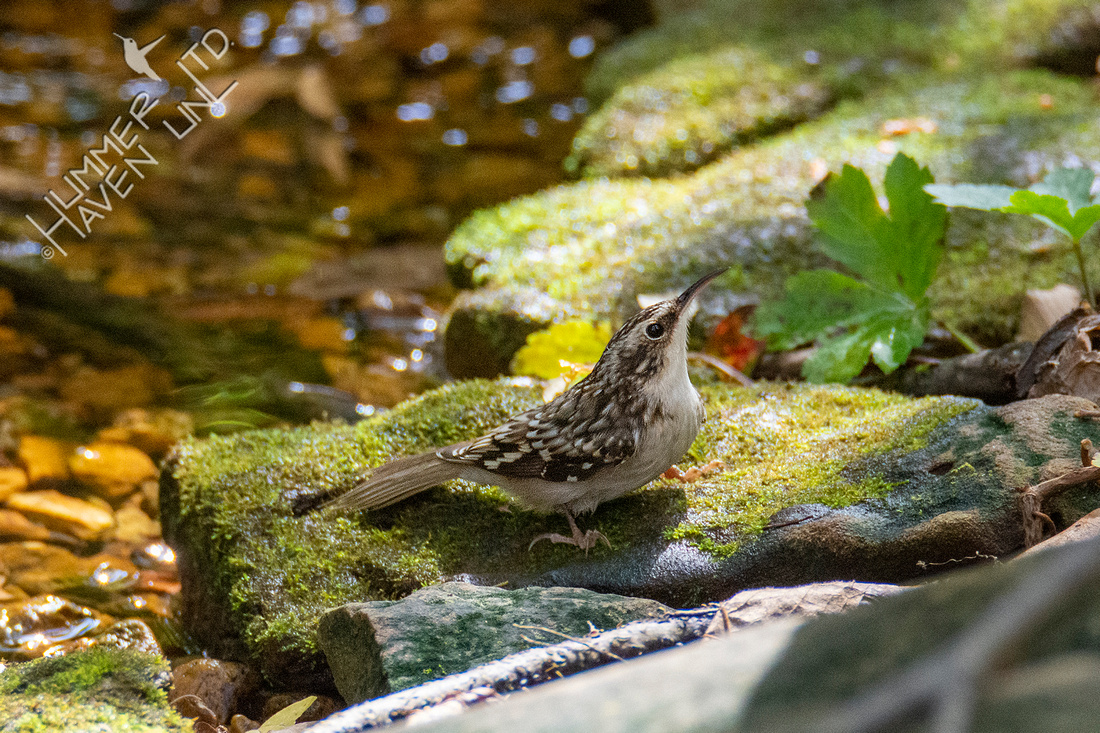 A Red-breasted Nuthatch has been around, foraging for insects, too. It's always great fun to be outside to hear and see them. 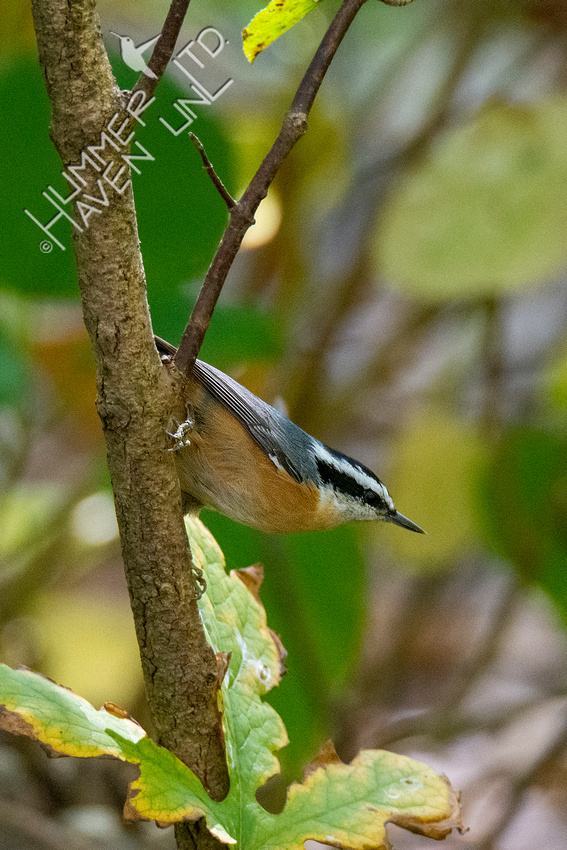 Both kinglets have been here most days this past week. The Golden-crowned have been fewer in number, but oh, so beautiful! 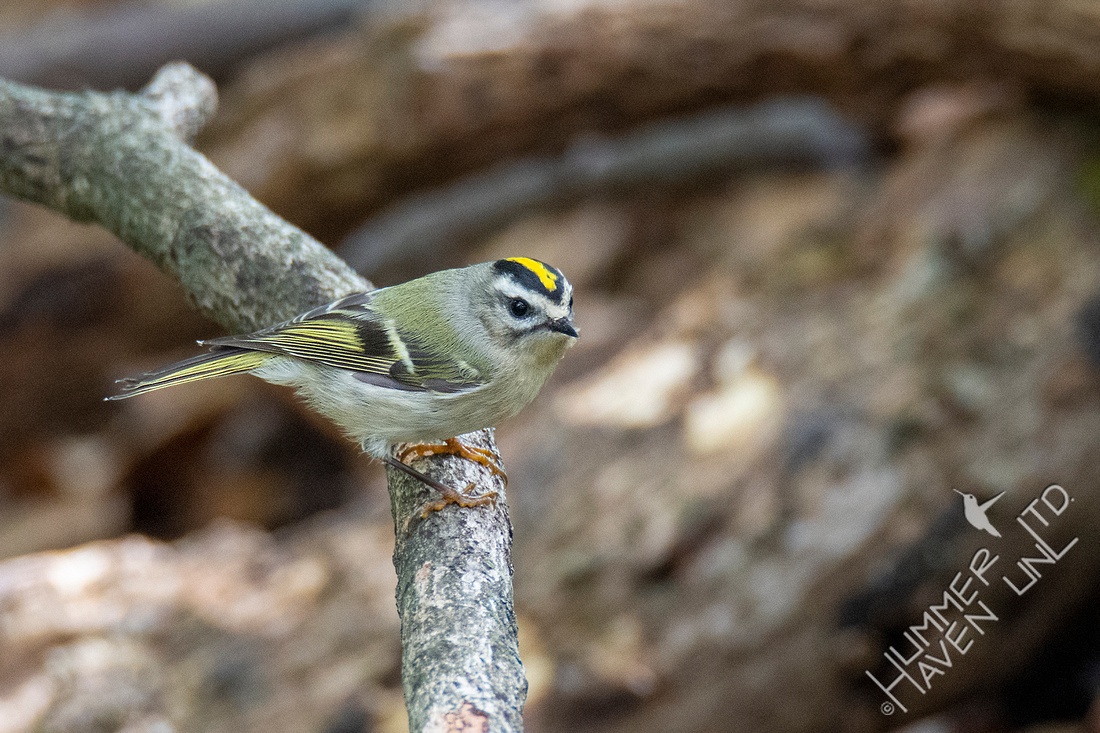 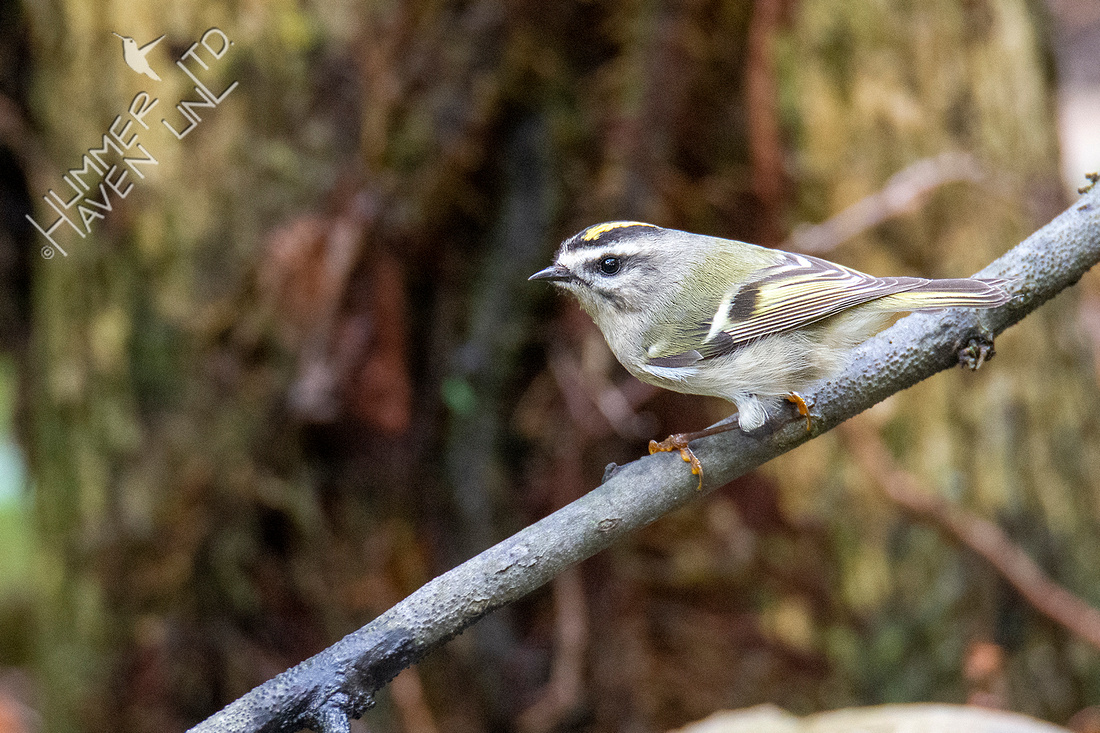 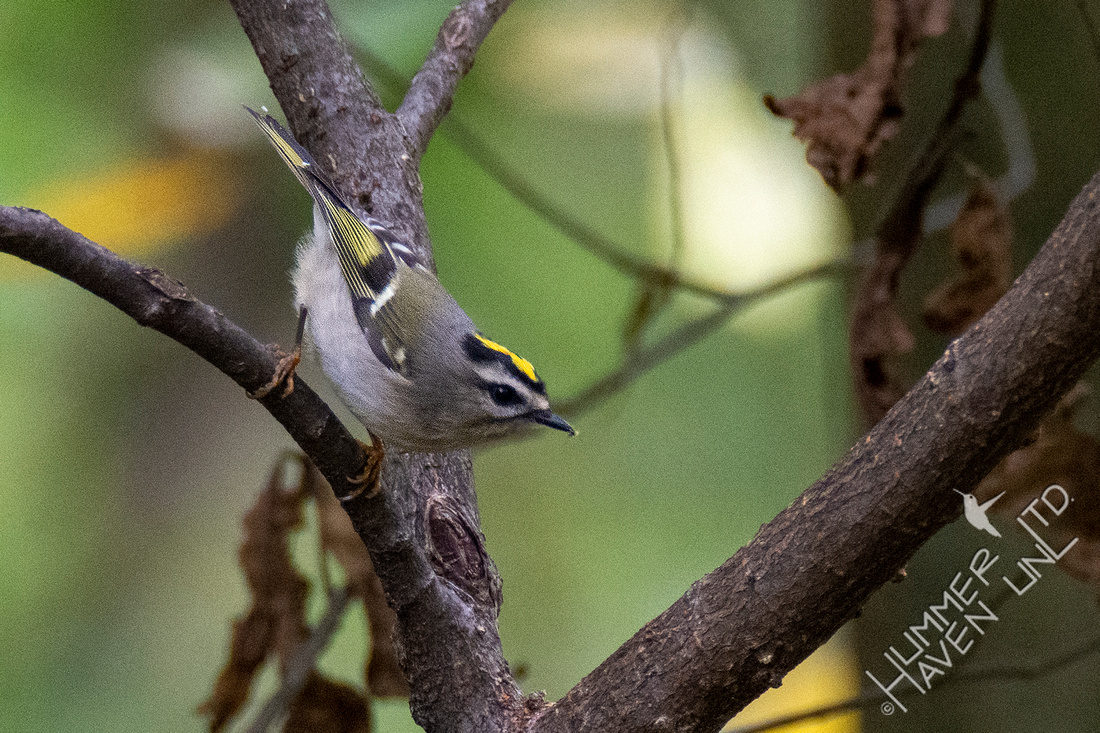 There have been at least 3 Ruby-crowned Kinglets almost every time I've looked in any one tree! The other day, two were constantly chasing each other in dizzying spirals. Finally, one of them really enjoyed a bath without being disturbed. And, boy, did that bird ever flash! 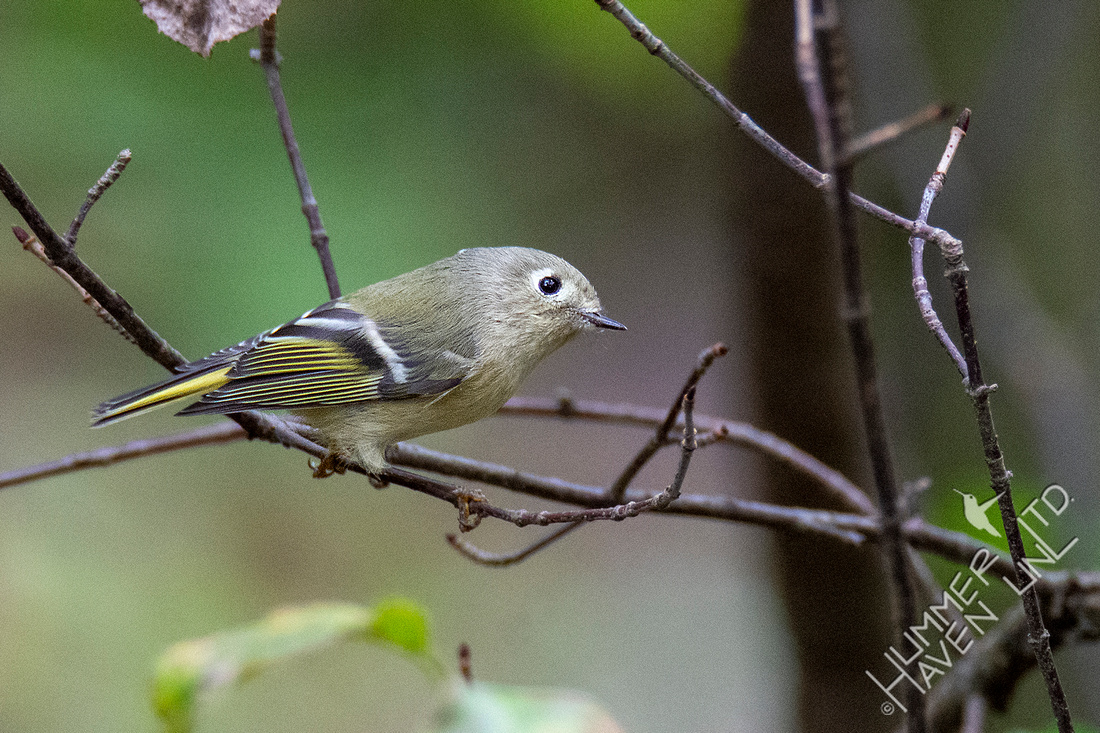 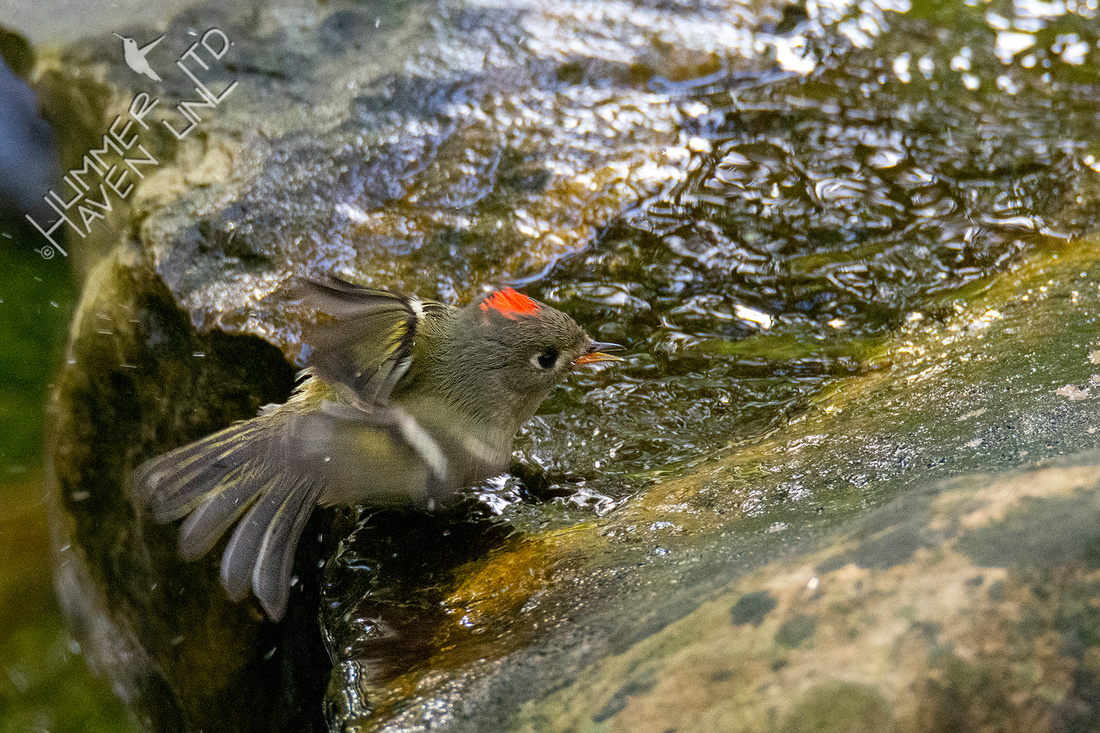 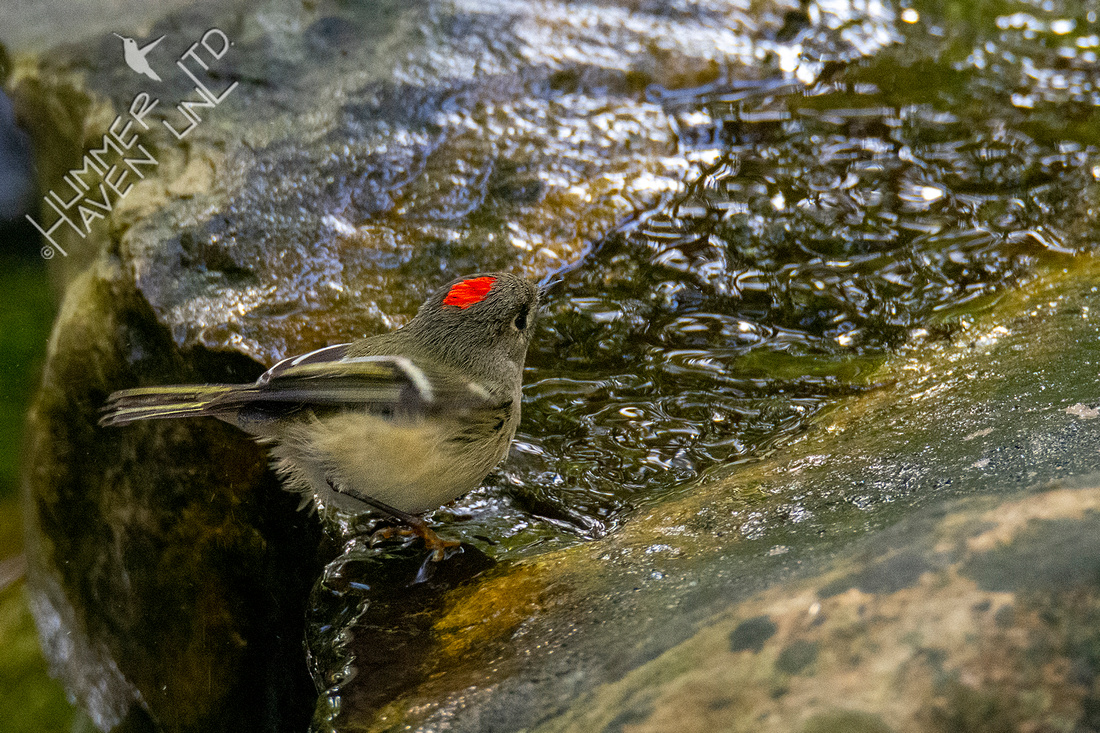 Now, for the warblers. There have been regular visitors and two rarer birds. Black-throated Green, Nashville and Tennessee have been here at least every other day. The Chestnut-sided was here just once, with the influx of birds on Saturday. 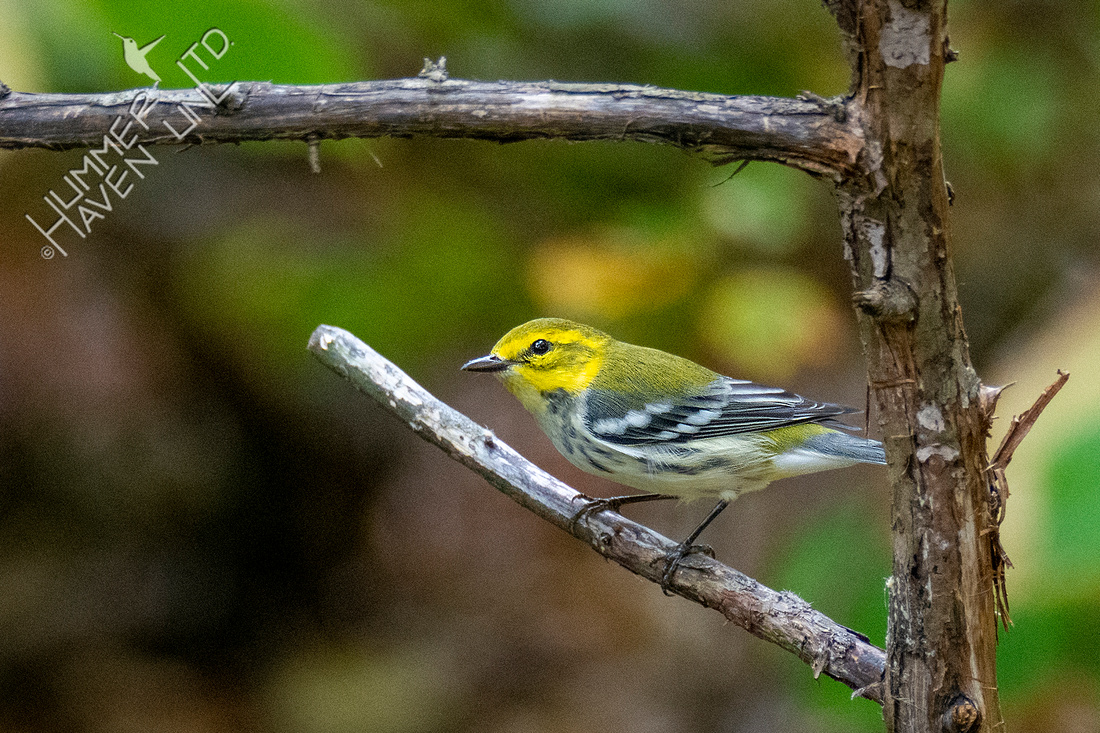 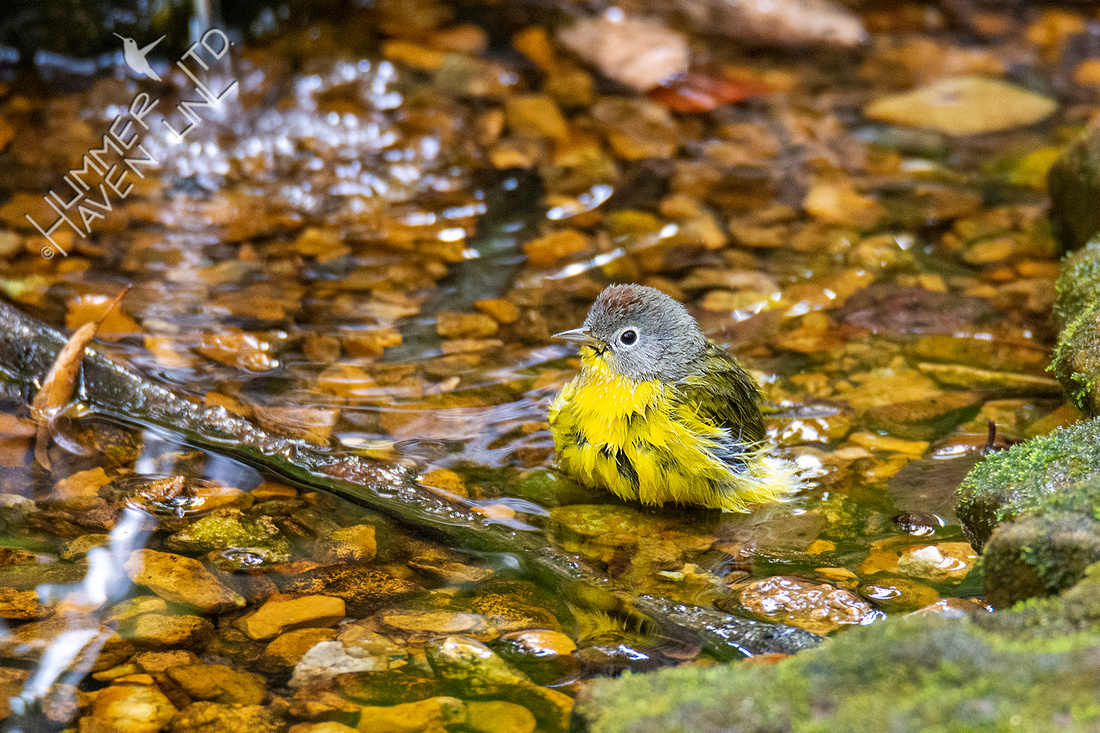 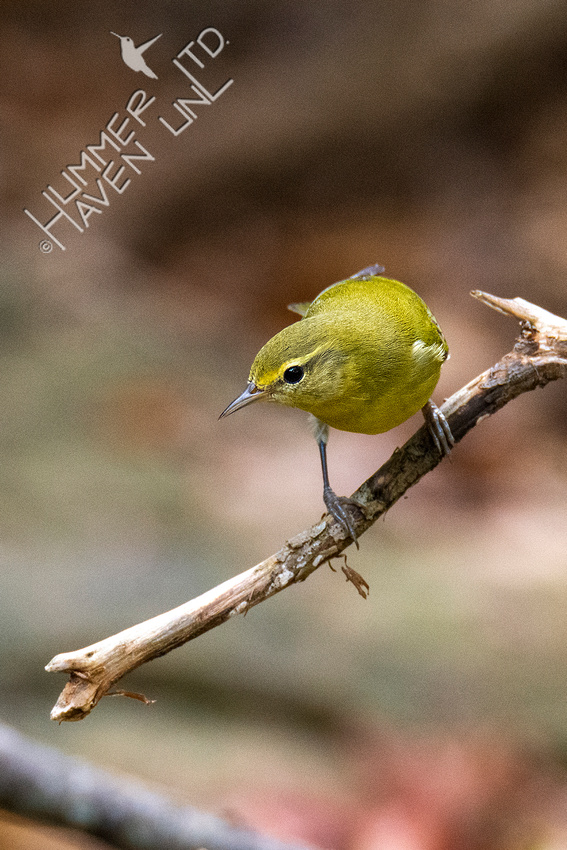 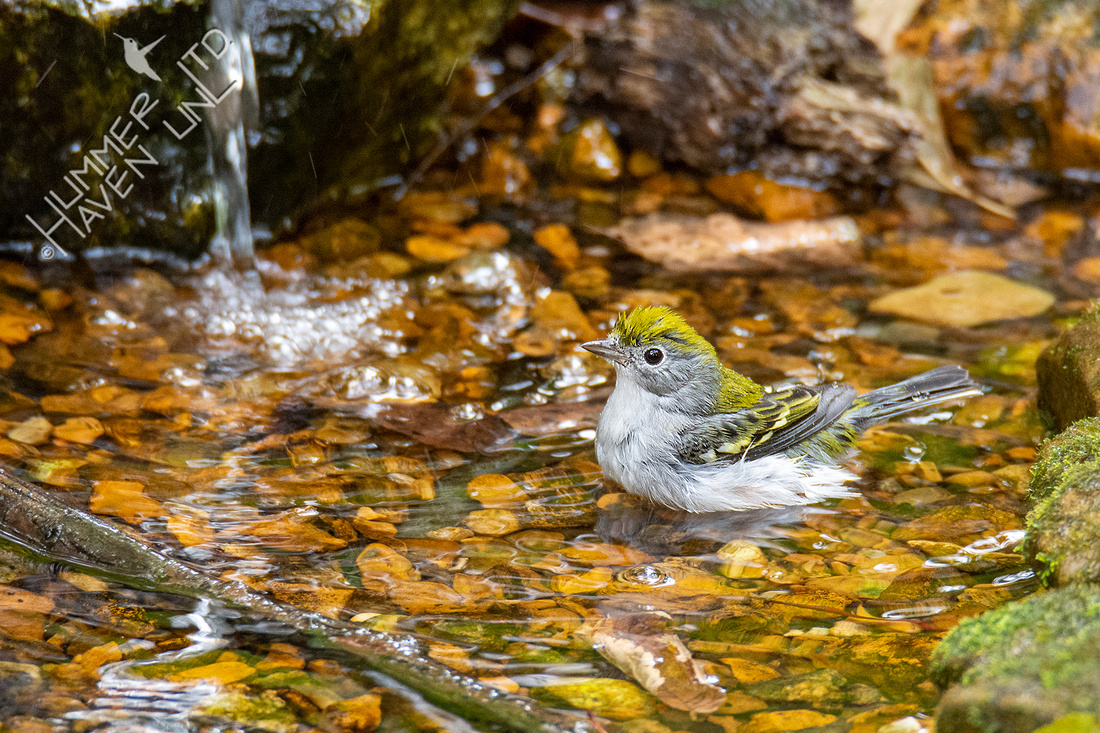 Yellow-rumped Warblers have been at the bubbler, the dripper baths and the stream bed, in very good numbers. Some think of them as dull. But, see how their plumage is perfect camouflage with the mossy rocks and falling leaves of our native trees. 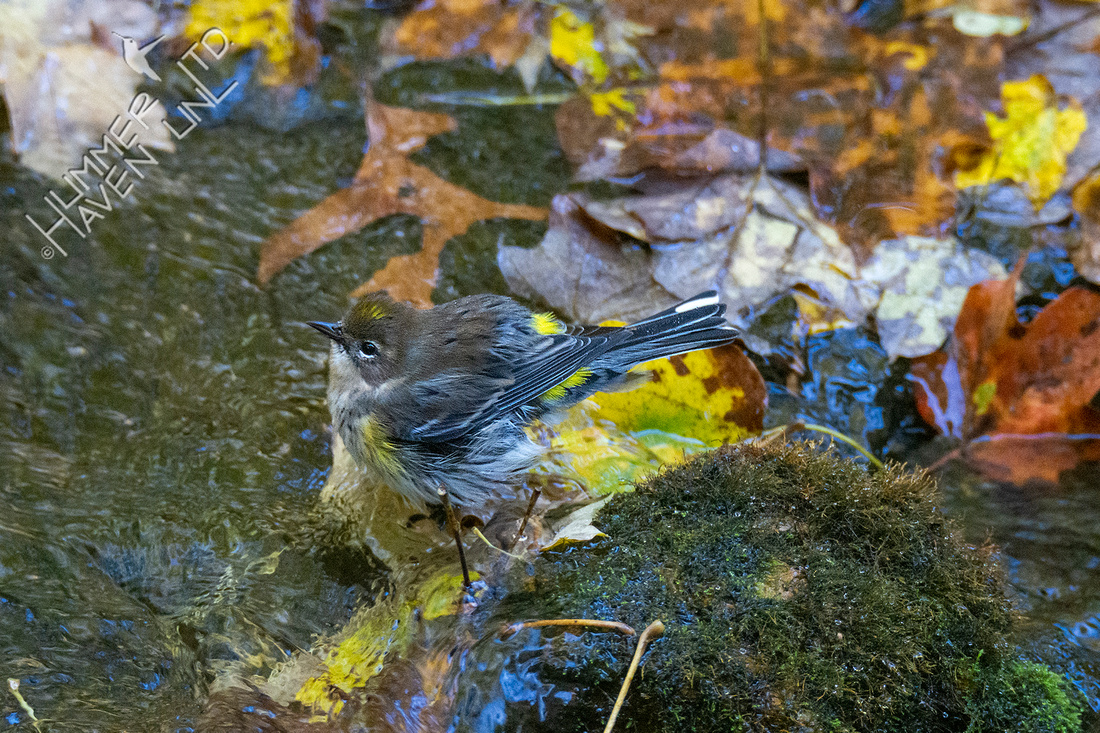 In a typical fall, I'll have several days with Blackburnian Warblers. On 10-12-20, finally the second bird of fall appeared, ready for a good old-fashioned splash-fest! The birds are SO grateful for water right now! 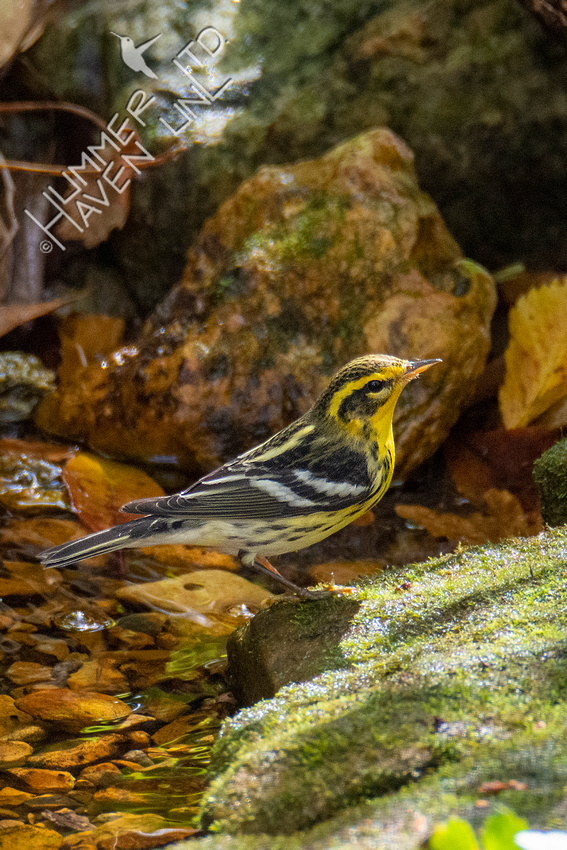 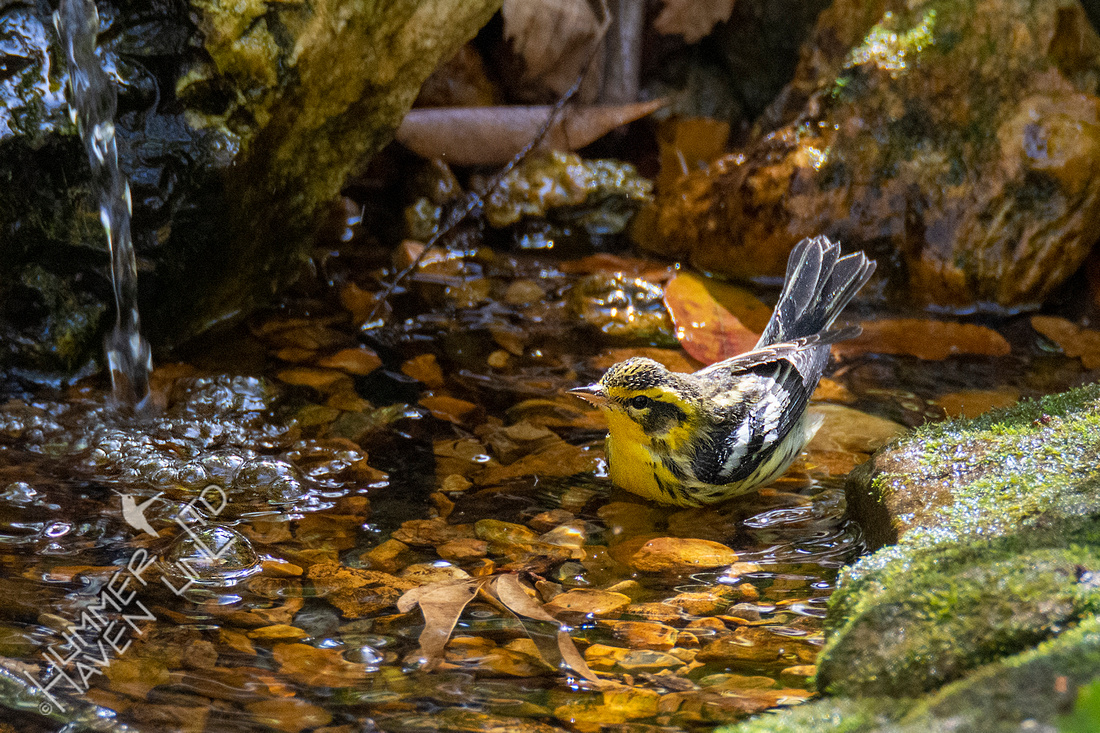 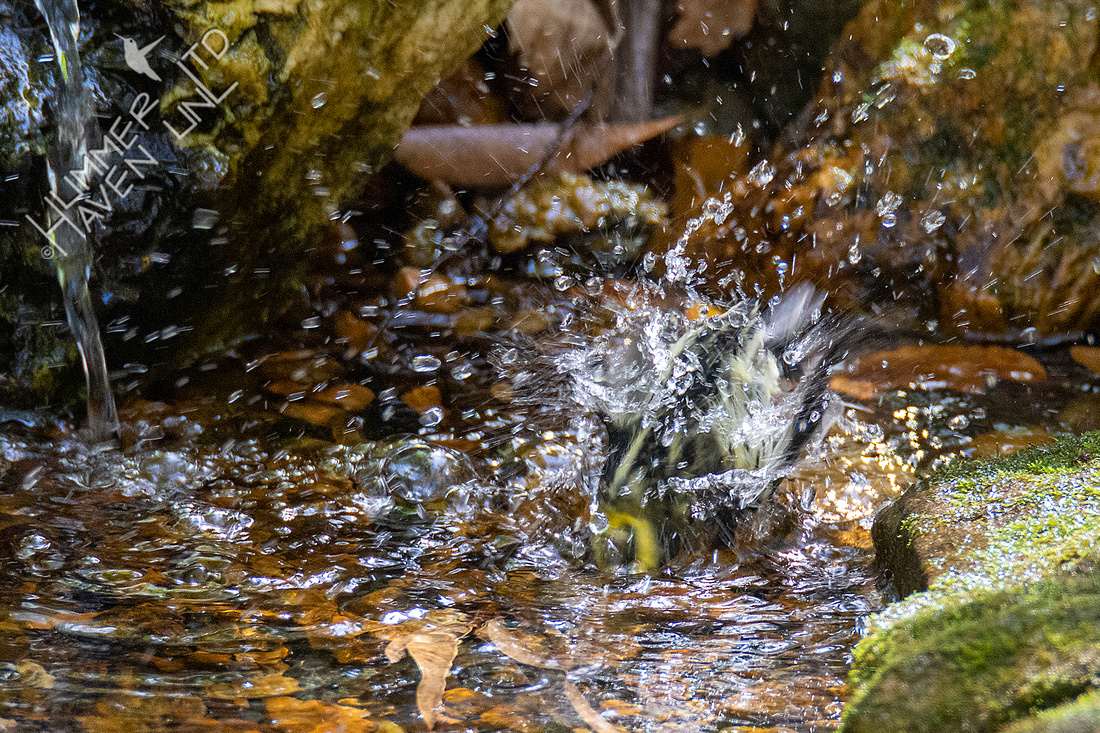 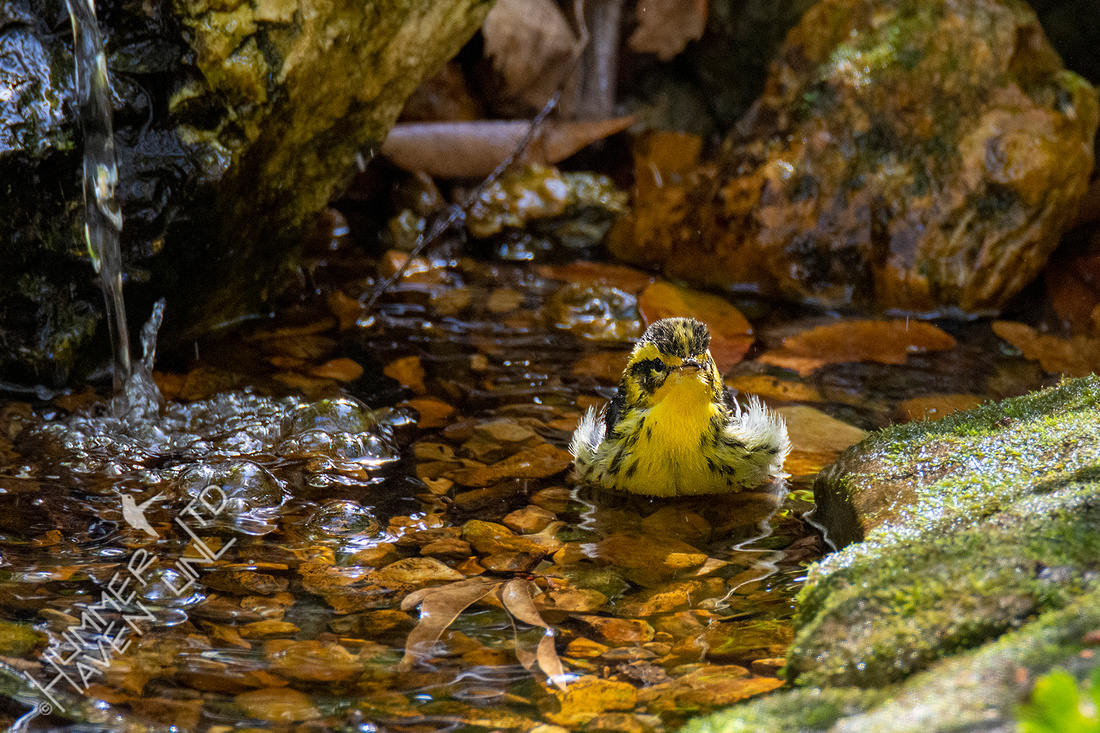 The following day we were without power for an hour, which meant NO bubbler or pond pumps working! It was restored, then off again for 20 minutes and finally, all was back in order. Things were beginning to pick up at the bubbler, a Yellow-rumped and Tennessee had been in the basin when I looked up from the camera to see...a male Cape May Warbler! This is the first time I've seen a male here in the fall. It is a rare bird, and considered 'casual' by mid-October with only 5-15 records in the state. 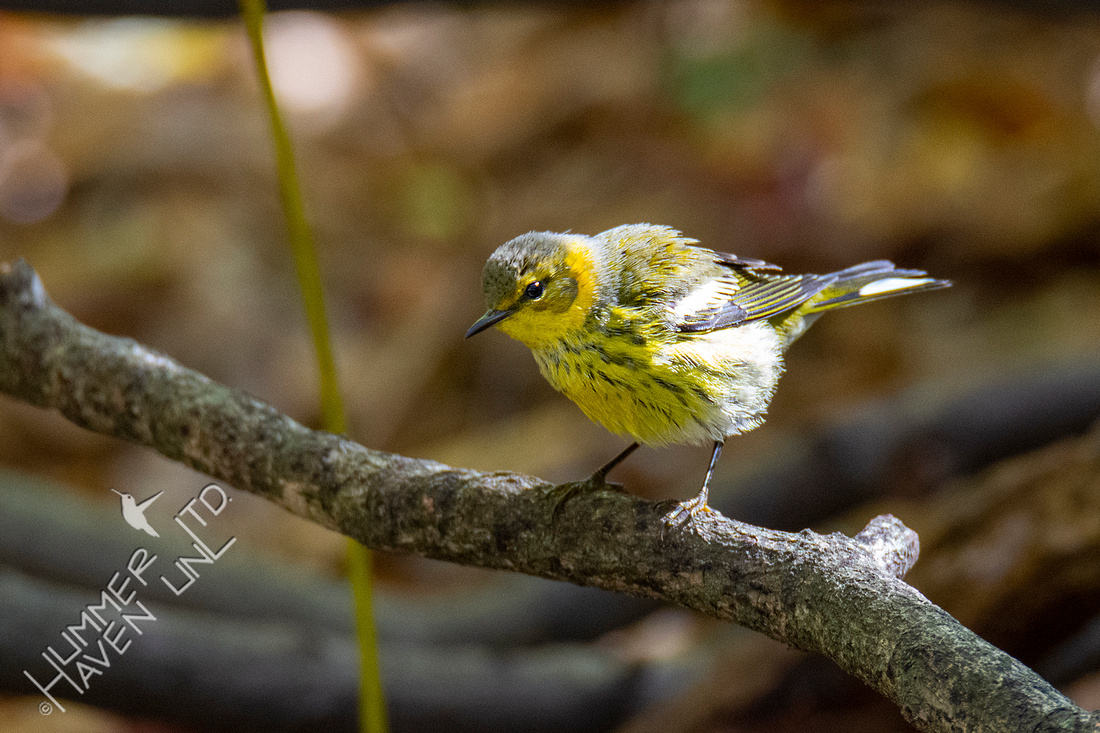 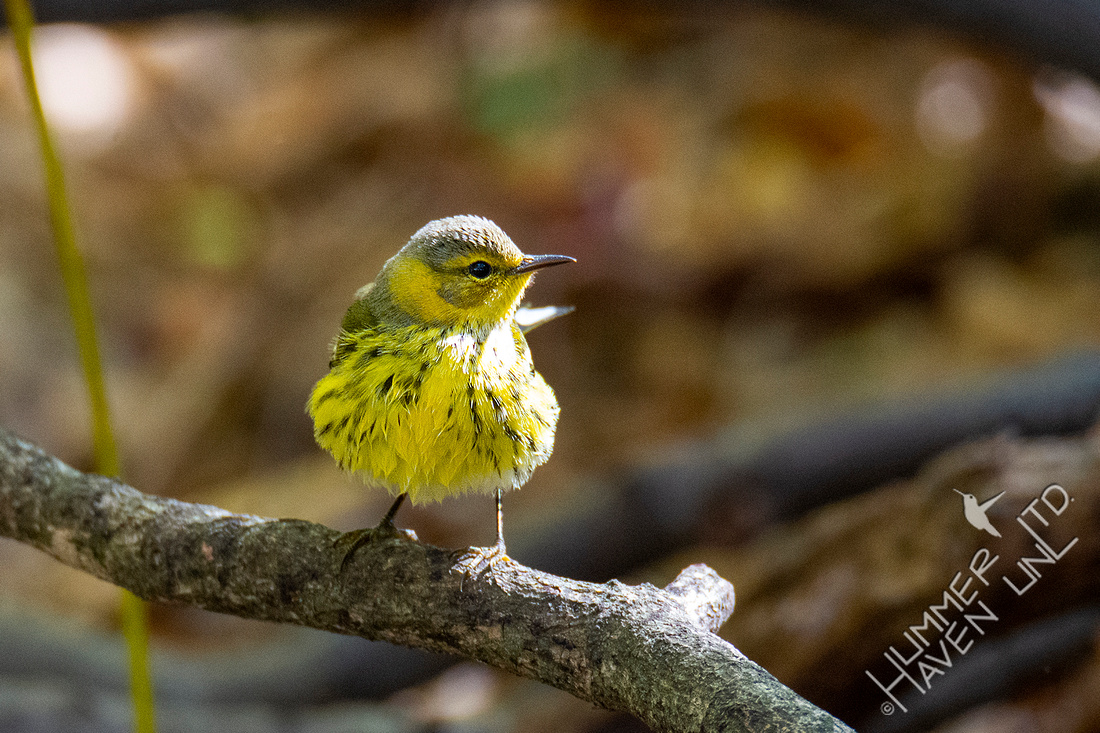 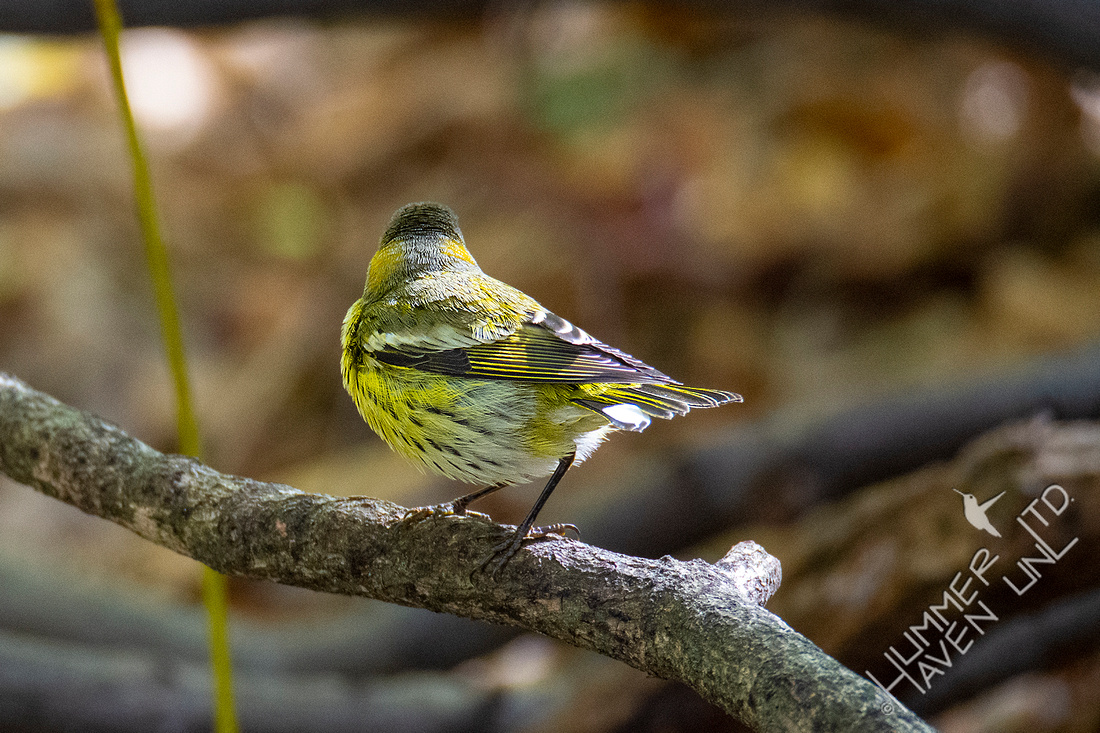 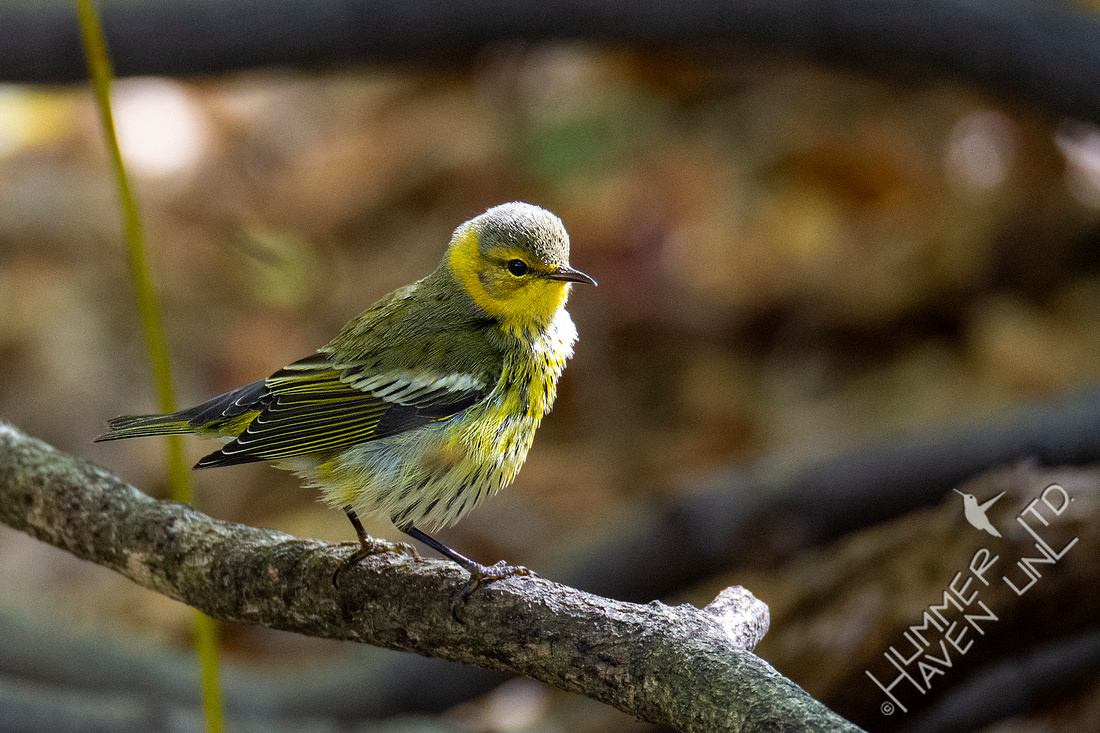 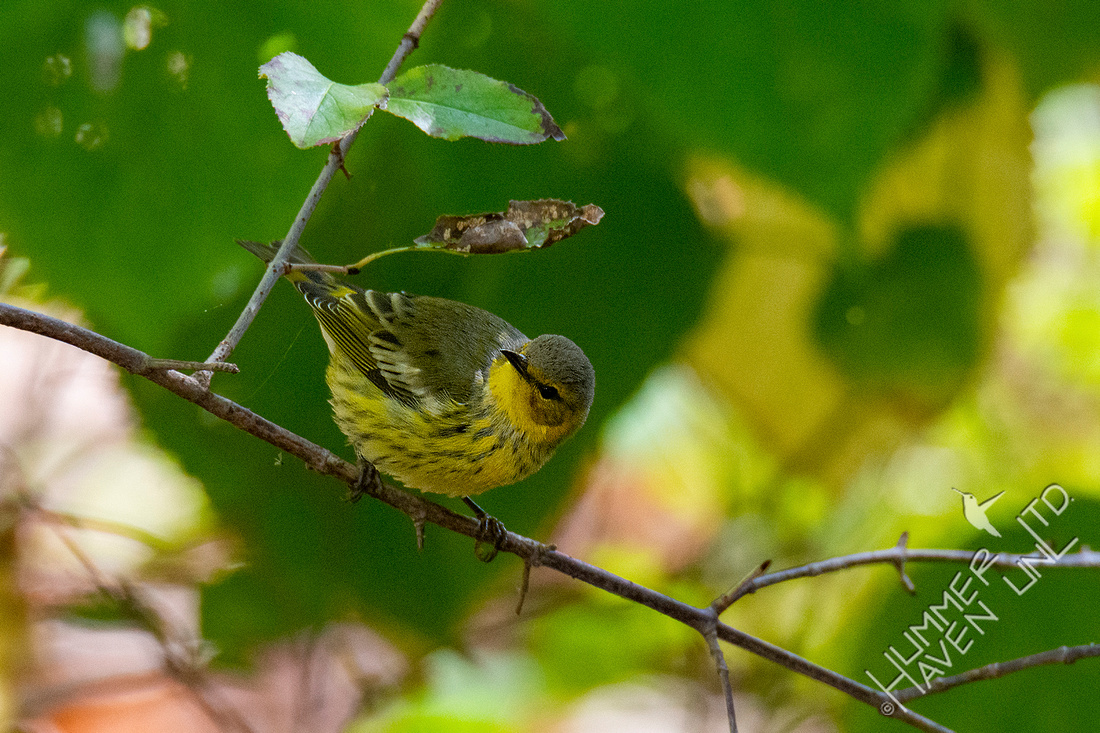 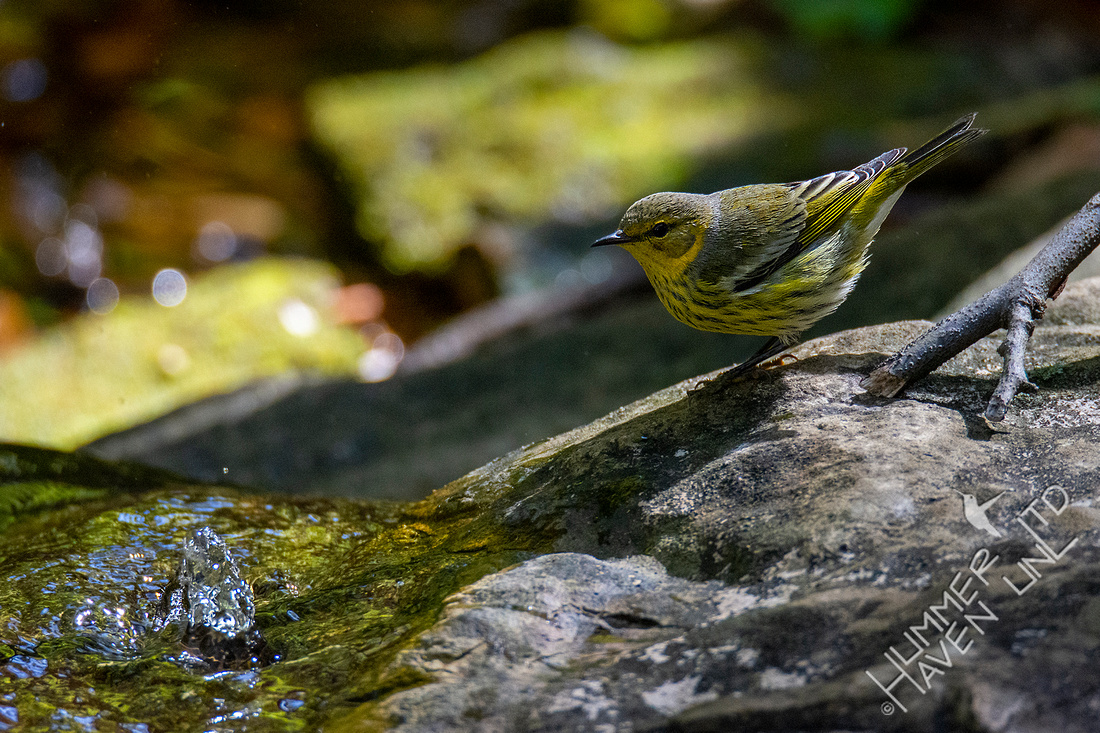 The navigational coding packed into a migratory bird's DNA is exceptional. I wondered, is it the same bird that was here on 5-6-20 when it was in too big a hurry to be first on its territory? It had stopped to take a look at the bubbler then, and with helpful winds and a bit of luck might return. Well, inquiring minds need to know...but the bird kept that answer to itself. Its presence was gift enough for me. 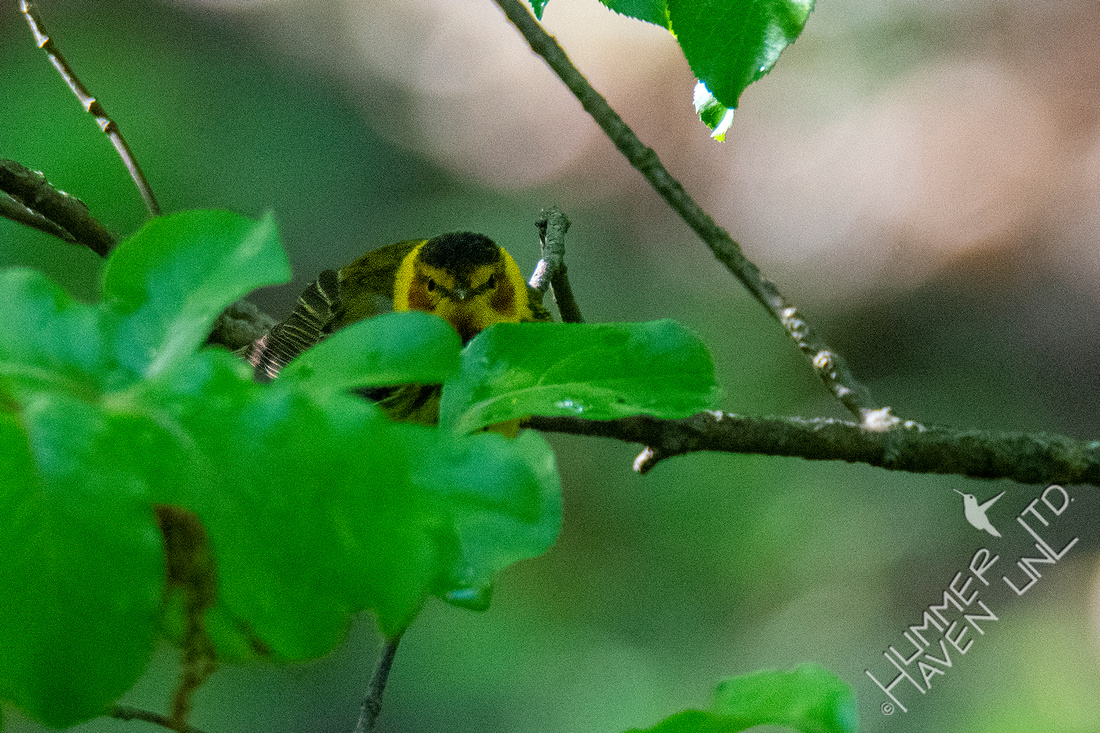 To view all the photos since the last post, begin here:  Second week of October, 2020