It's wonderful to look outside and see varying shades of green in the leaves, yellow Celandine Poppies, pink buds and beckoning blossoms of Virginia Bluebells and russet buds of Red Buckeye. Spring is definitely springing now that April is here in earnest. 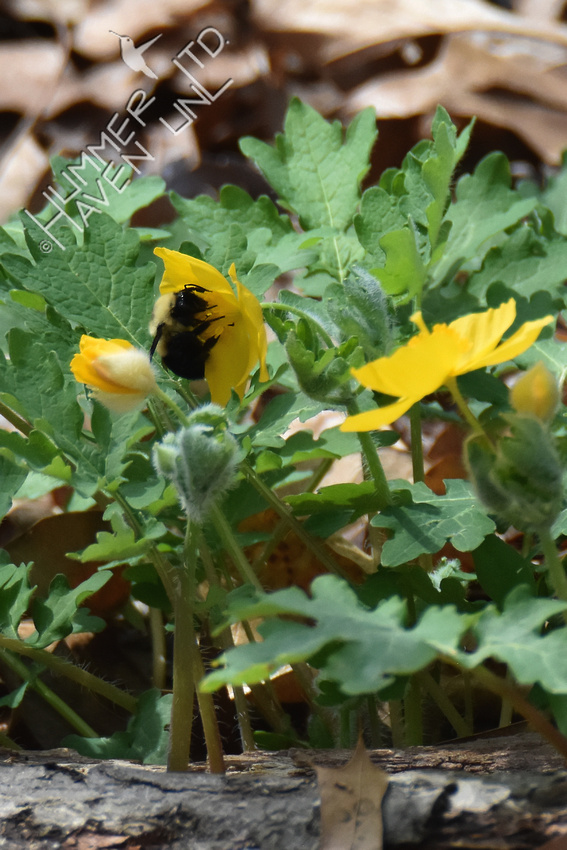 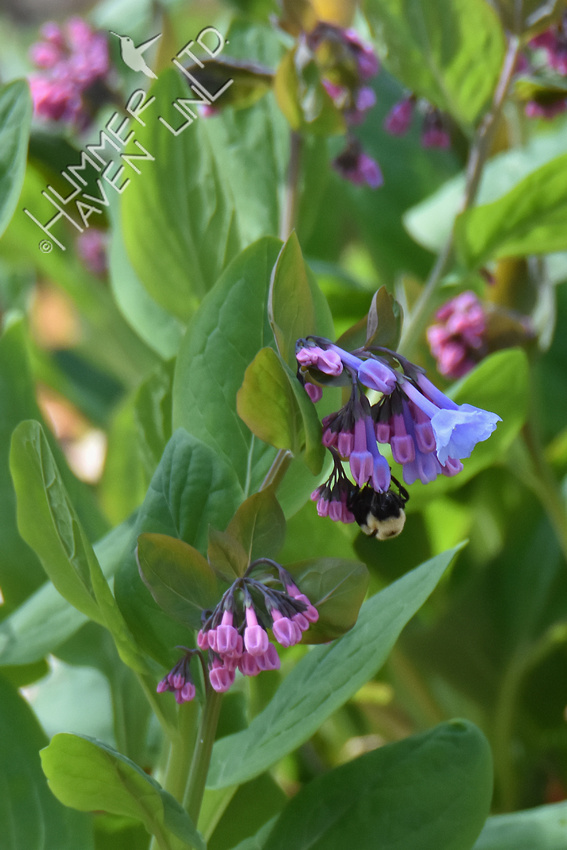 The Carolina Wren wakes me every morning in cheery greeting. The pair bounce about, checking other possible nesting spots. 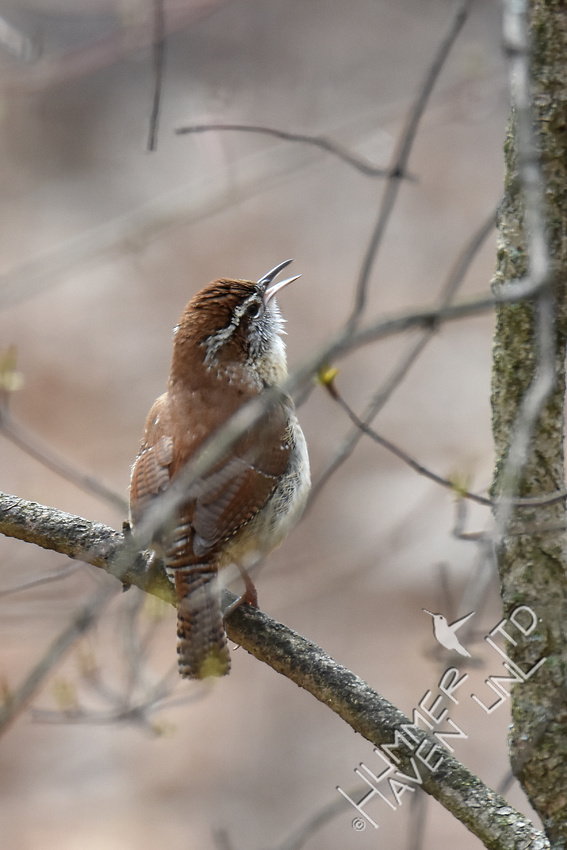 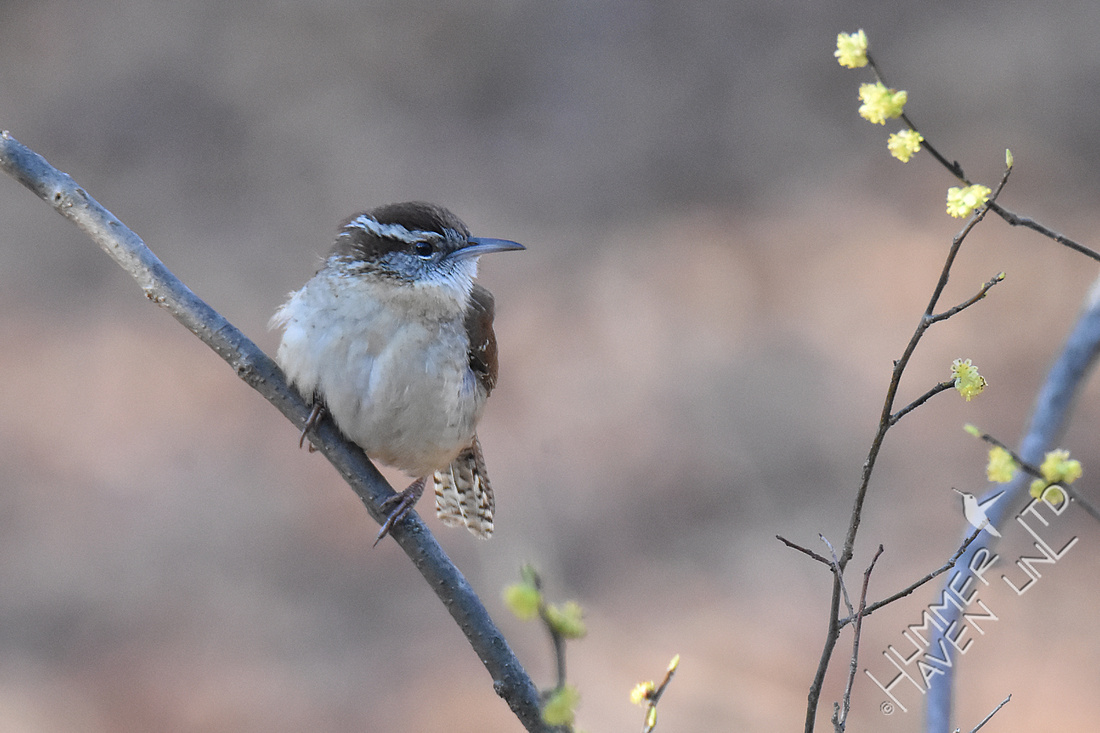 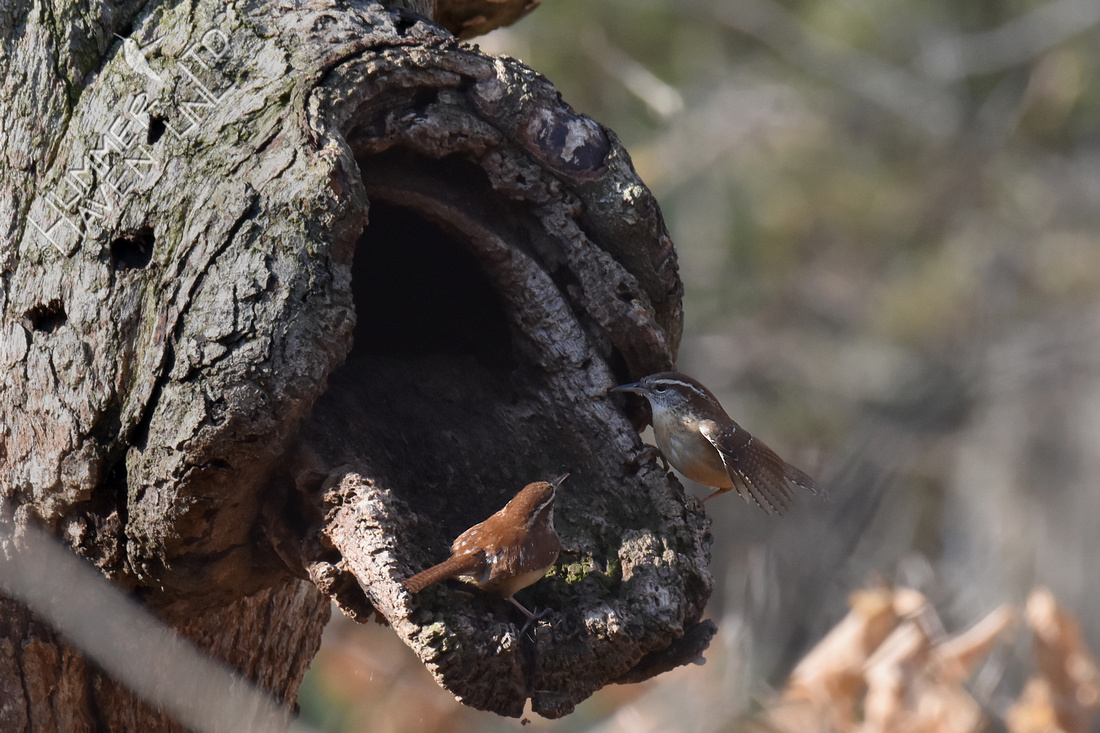 An Eastern Towhee was calling from the yard next door for several days. I finally was able to see this skulking female, digging to China in the leaf litter. 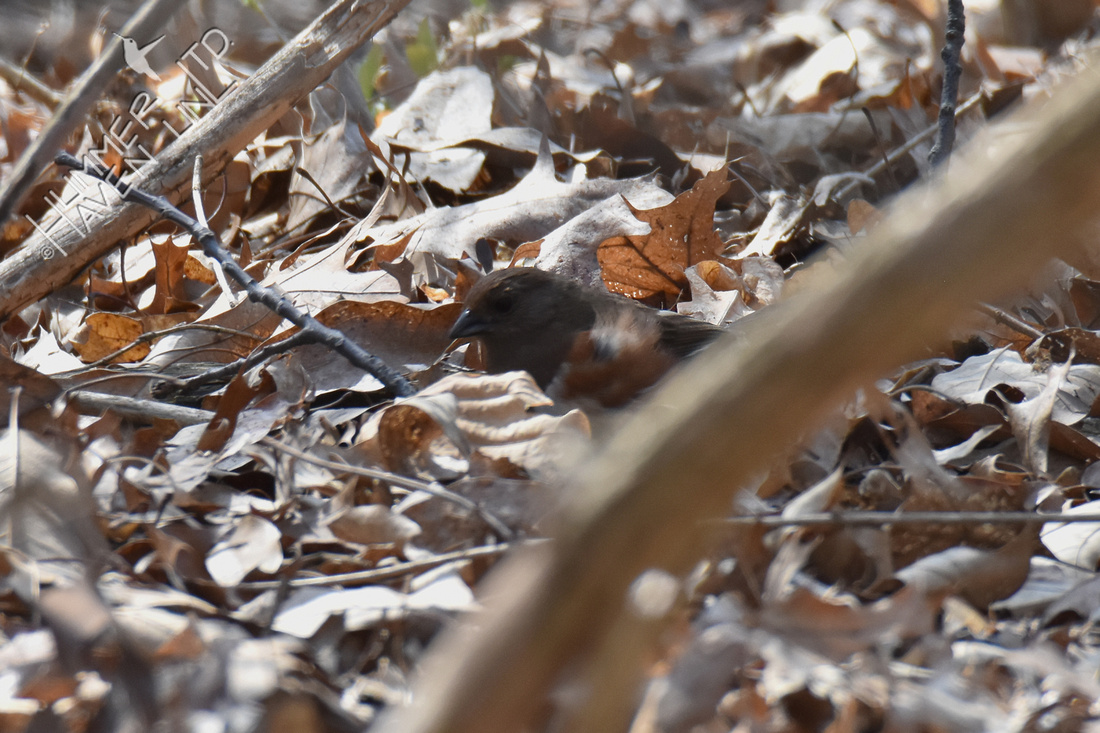 A female Yellow-bellied Sapsucker came in very briefly one day, and flew to this oak after working on sap holes in a Shagbark Hickory. 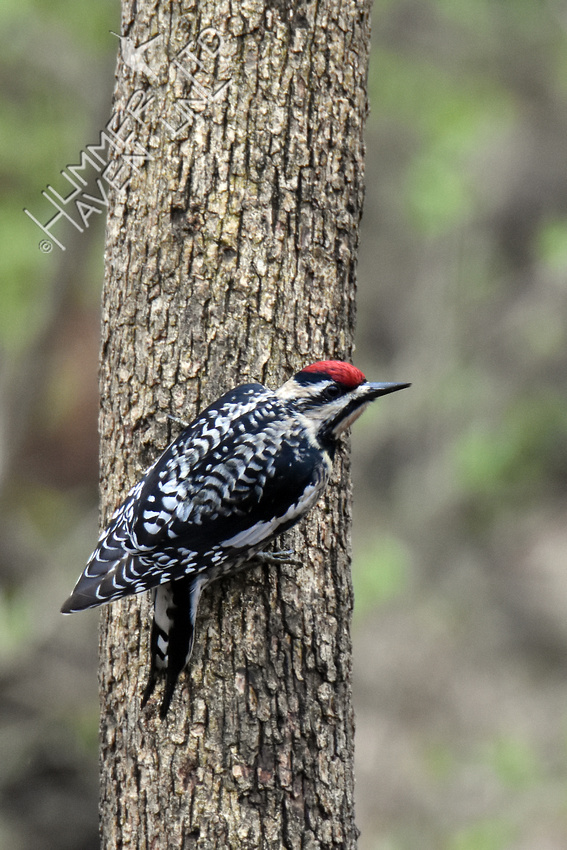 The nesting birds are busy. The Red-shouldered Hawks have been coming in and catching voles and chipmunks. One day, i spotted one struggling near the neighbor's pond. It came up with a PAIR of Bullfrogs, probably locked in a vernal embrace. 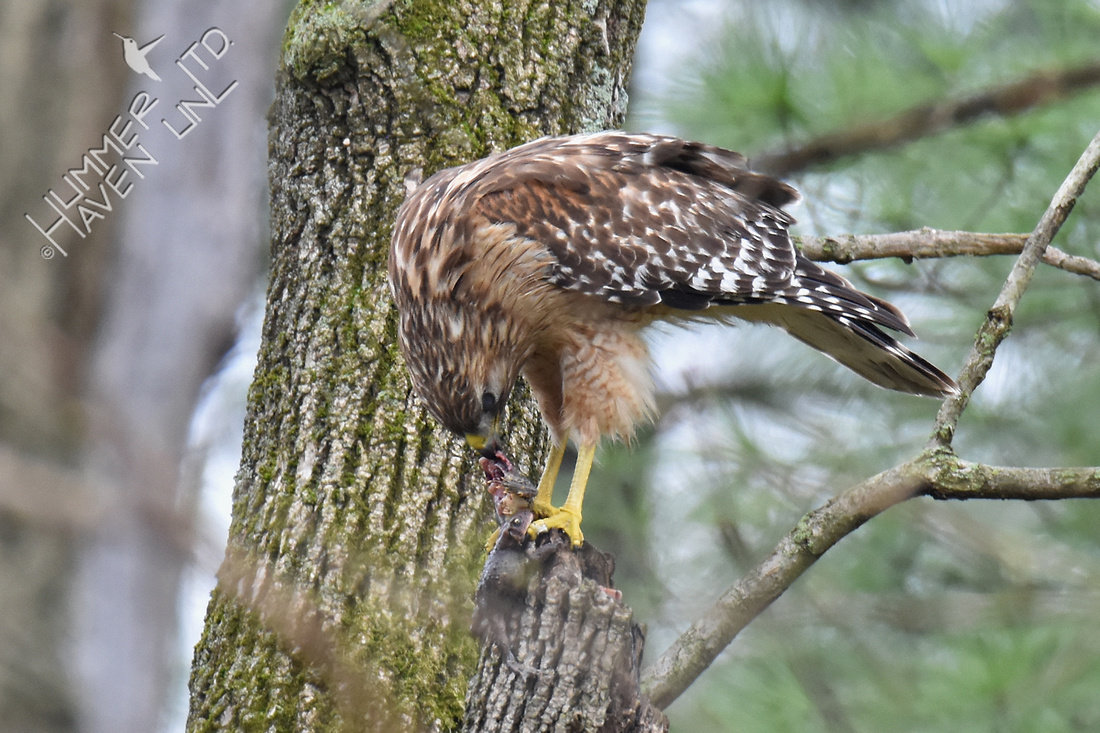 Downy Woodpeckers are excavating a nest cavity in the dead limb of a Green Ash (Fraxinus pennsylvanica). Both birds take turns working and then come down for a drink. What hard work for those small bills! 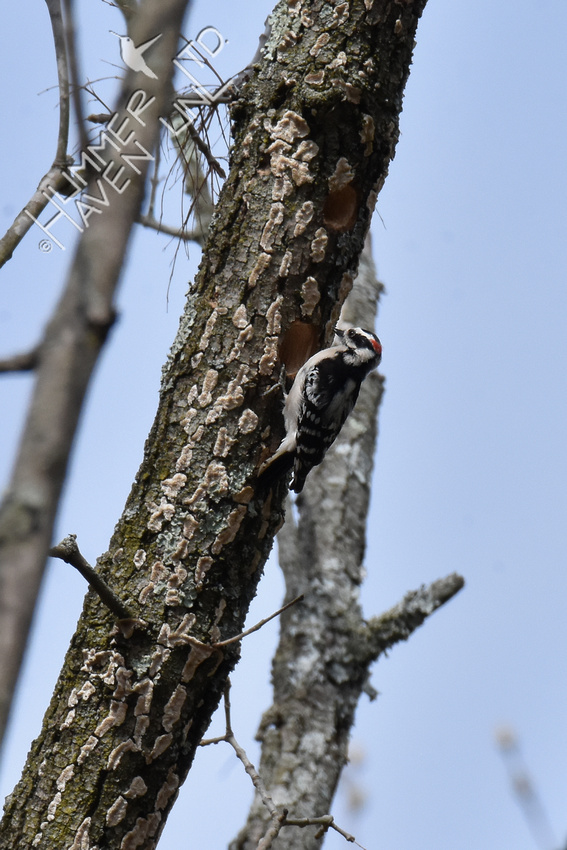 It has been nine years since we've had Eastern Phoebes nest under the gazebo. The fledglings were just about ready to leave the nest when it was torn down and raided, we thought by a raccoon. One of the fledglings made it. 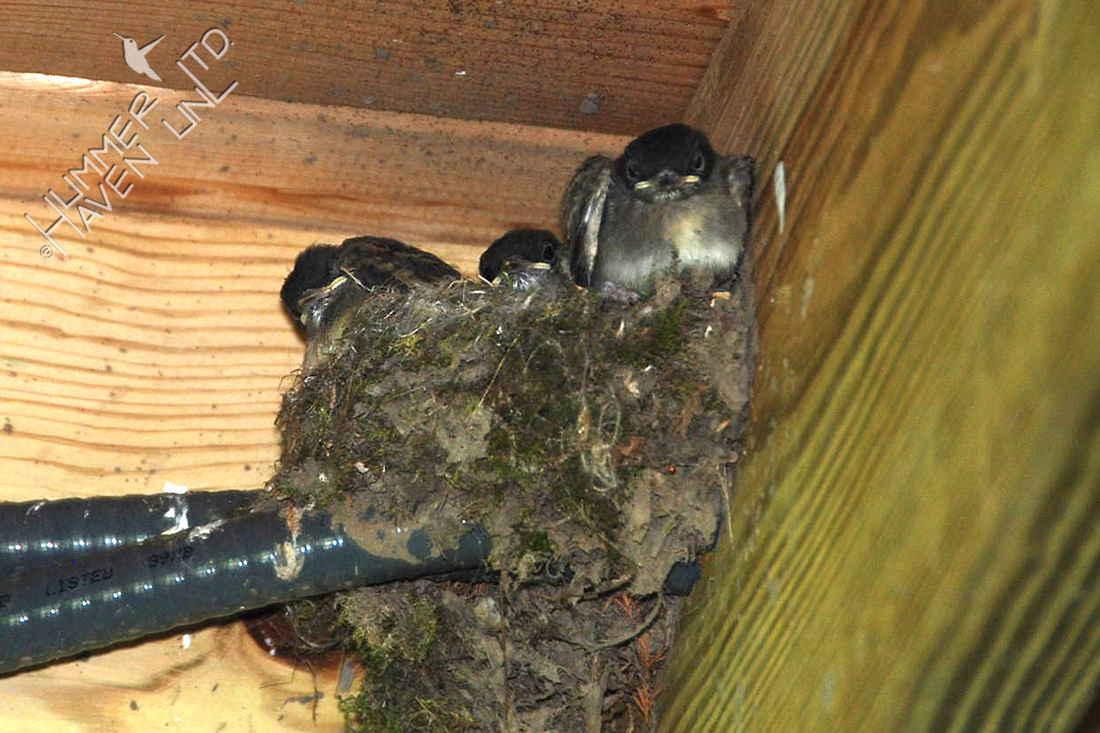 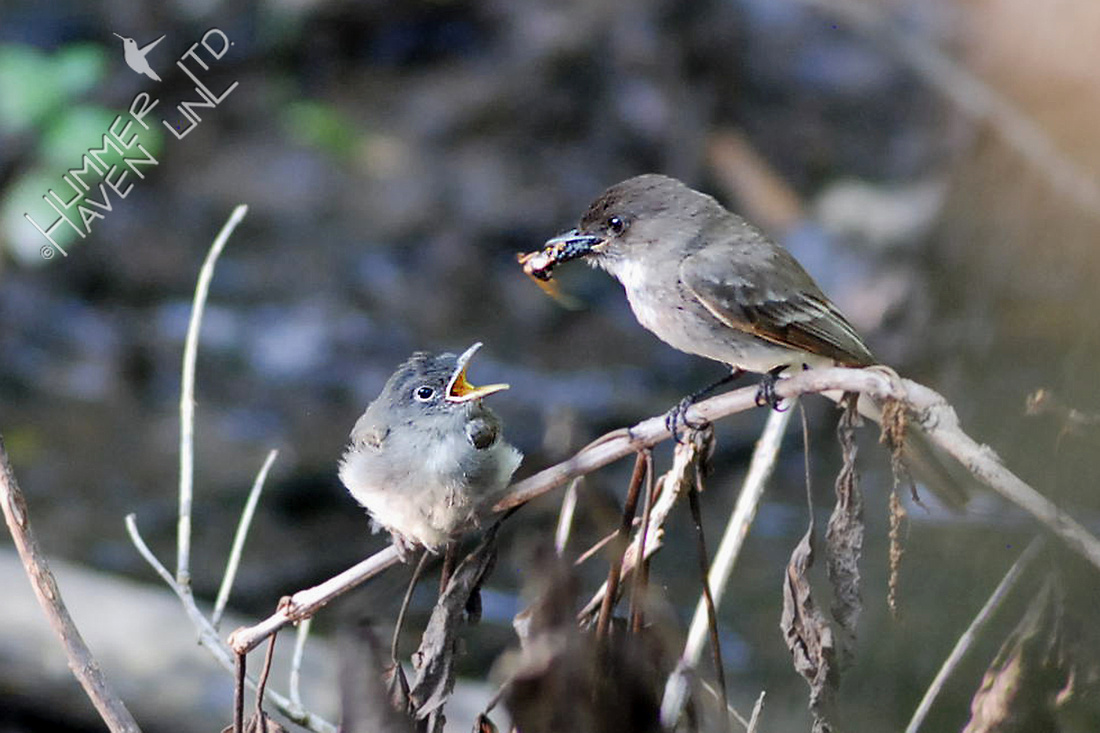 This year, the pair have chosen the same spot and have been working constantly on it. We hope they get used to our presence as we are careful not to disturb them. I wait until they're off feeding before I take a photo. They chatter back and forth to each other, just love to hear them. 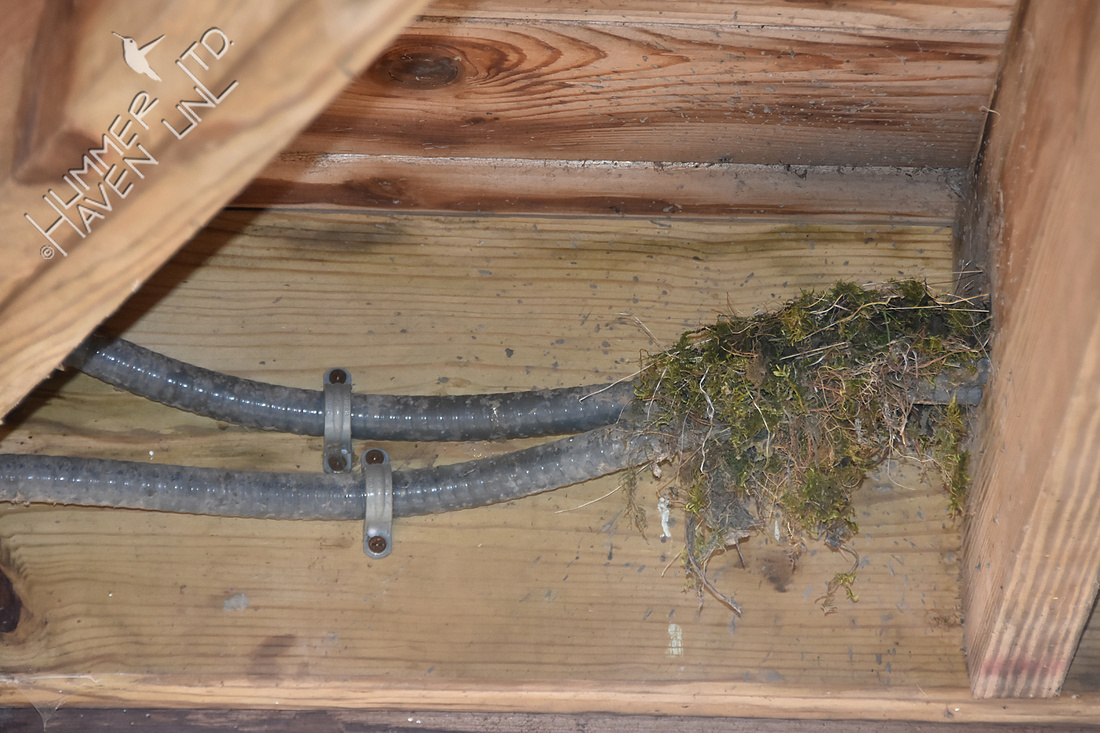 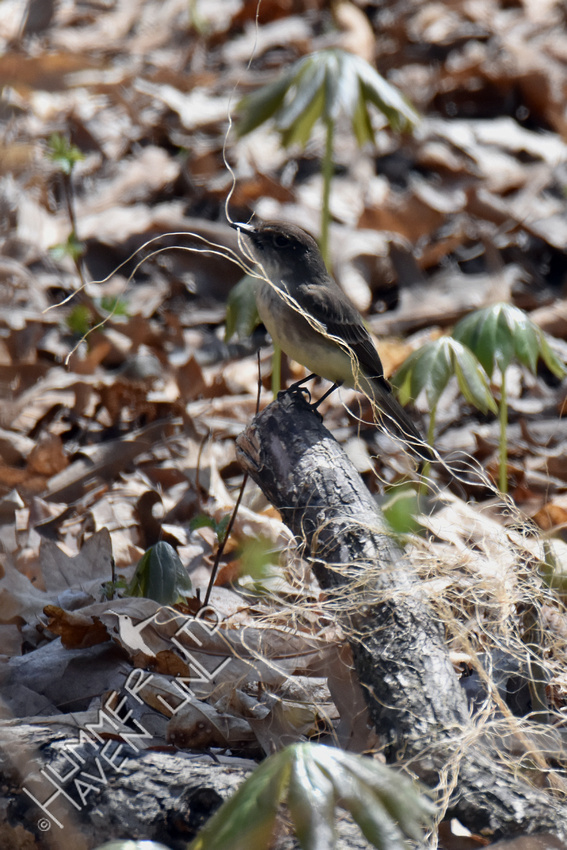 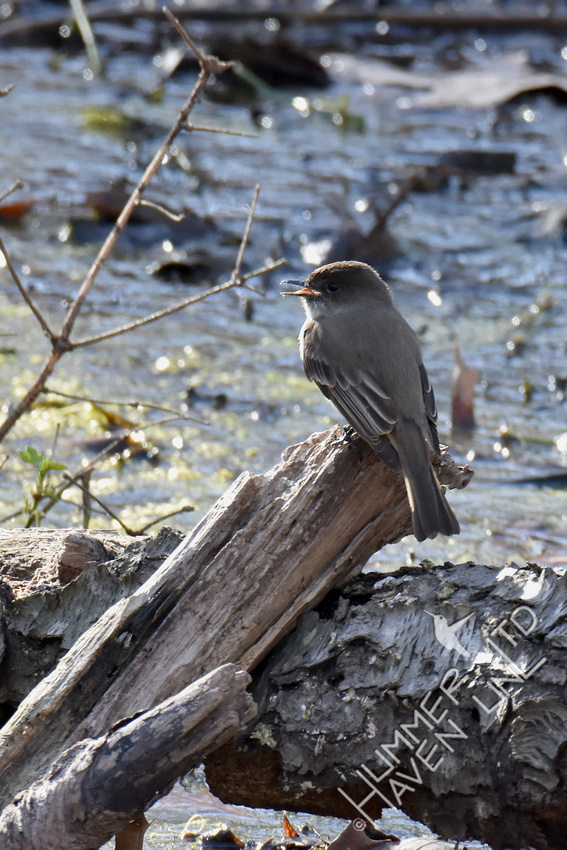 We're still seeing some winter visitors around. Today, two Pine Siskins came in. The Hermit Thrush is still around and a Brown Creeper comes in occasionally. The Dark-eyed Juncos seem to have moved on with these southerlies. 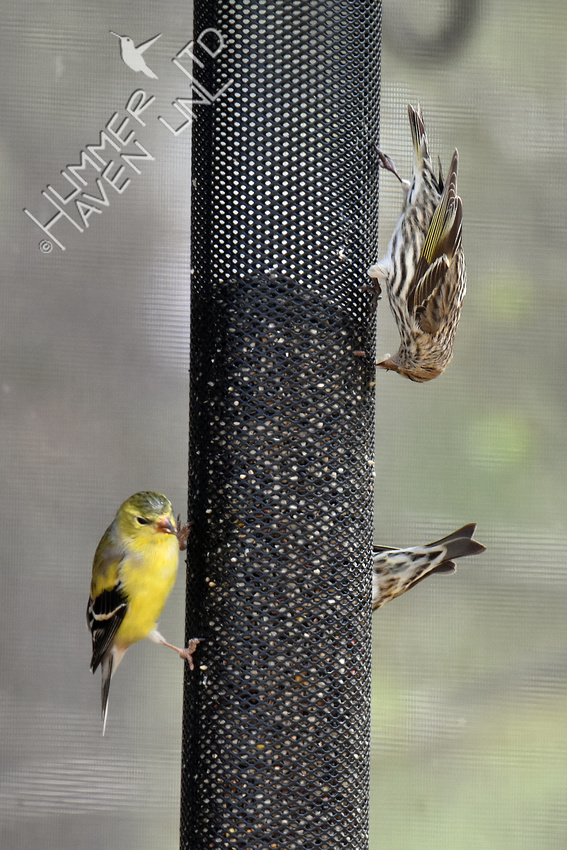 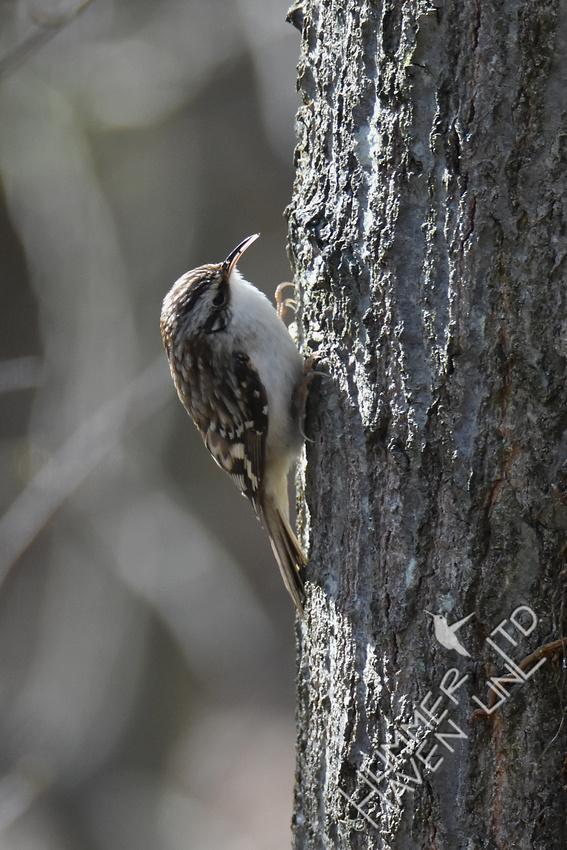 I had just put the hummingbird feeders up and fifteen minutes later, a Red-breasted Nuthatch came looking for a peanut. I hadn't seen that bird in 12 days. Yes, this is indeed the cusp of spring when anything can show up! Birds are on the move. 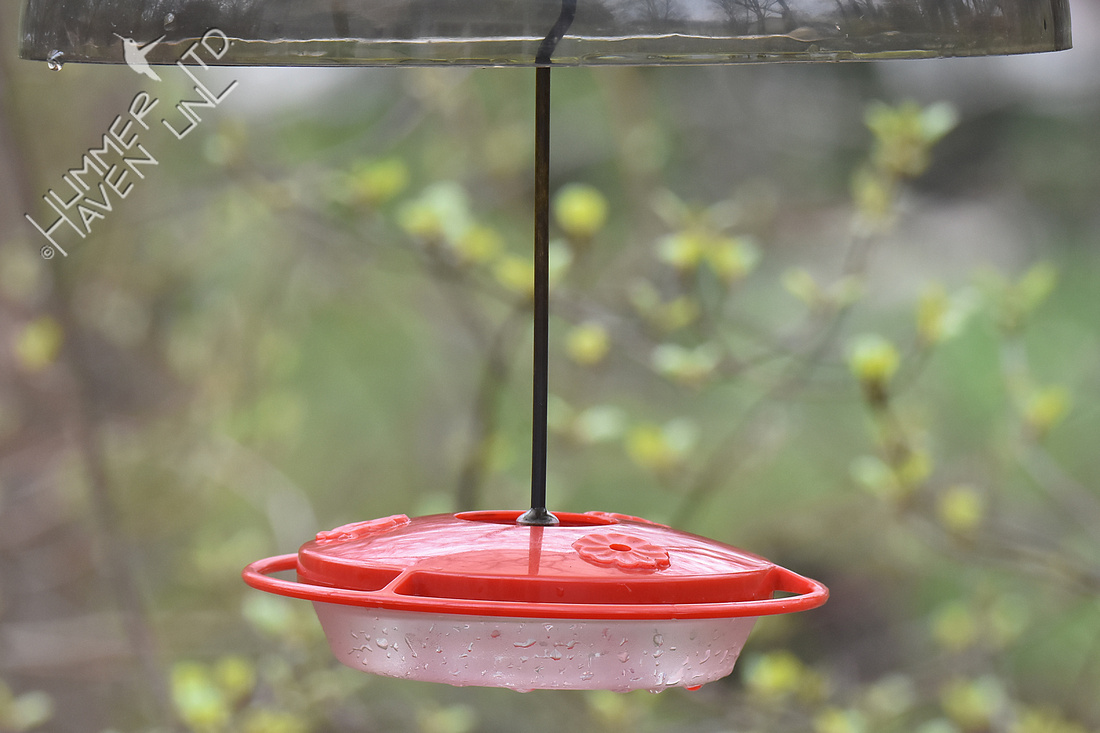 At 9:05 am today, our FOY Black-and-white Warbler flew in and checked out the Bubbler. It then flew to the Black Oak stump. It is species #56 and warbler #5 for the year. 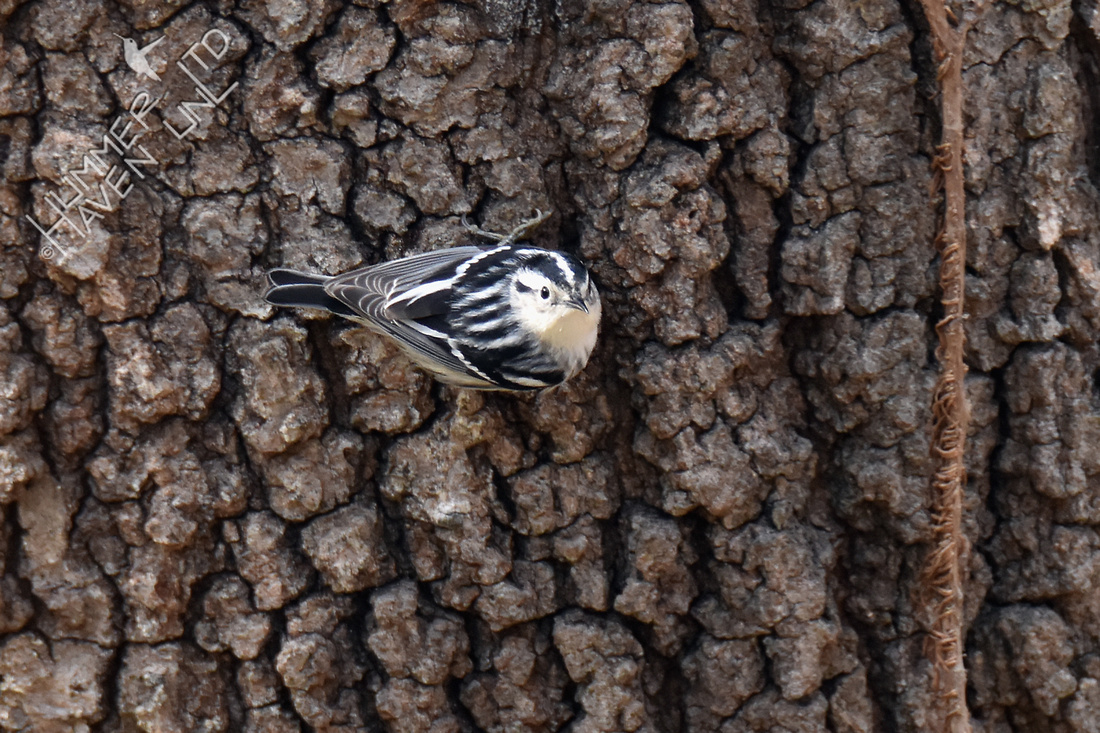 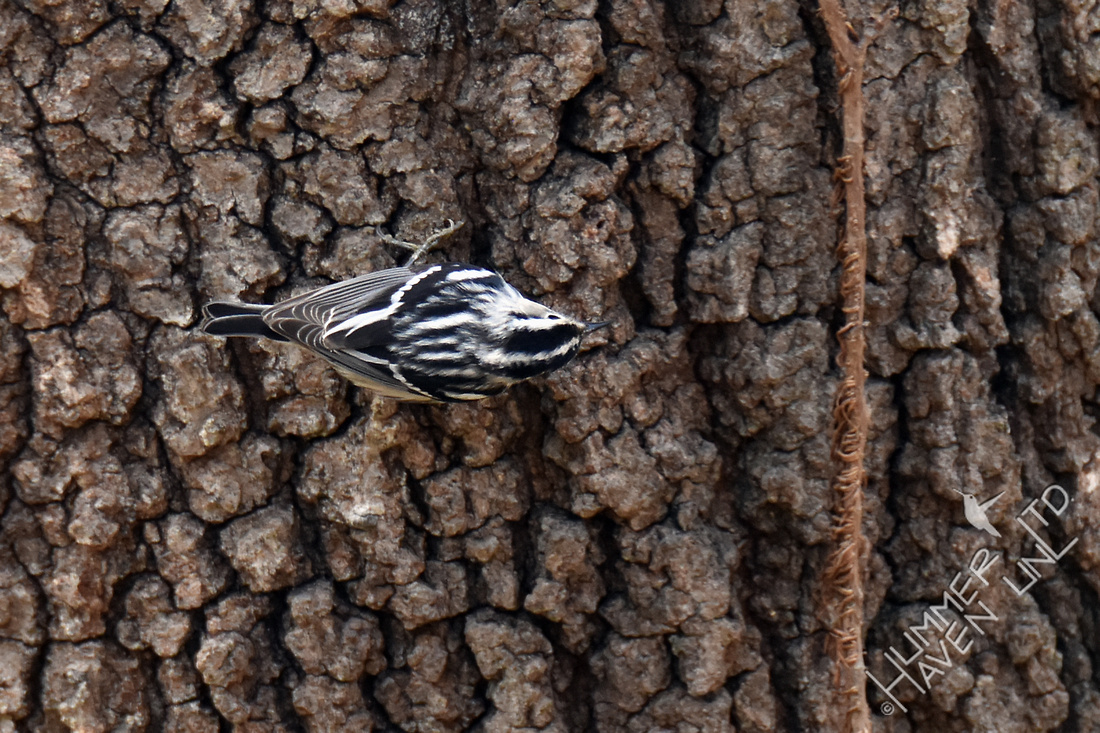 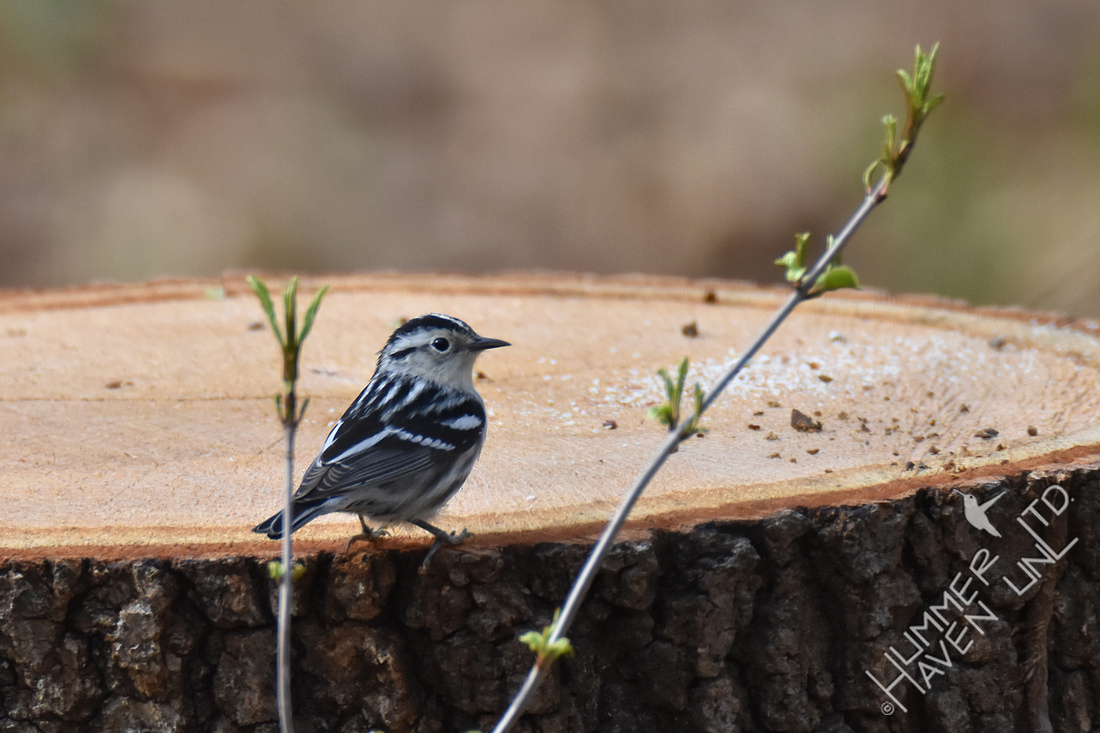 To see all the photos since the last post, begin here:  April birds