First Ruby-throated Hummingbird was seen for 3 seconds at our south feeder early on Friday, 4-12-19. It hovered and flew north over the house. Time to get those feeders up, more are on the way!

A Virginia opossum was seen in daylight for a few days last week. It looks to me like there may already be young in the pouch. Perhaps we'll soon see some babes. Did you know that opossums eat ticks, thousands in a week! Such beneficial animals they are, especially with the increasing deer population. I've heard that ticks are now out, too. Read a bit here: 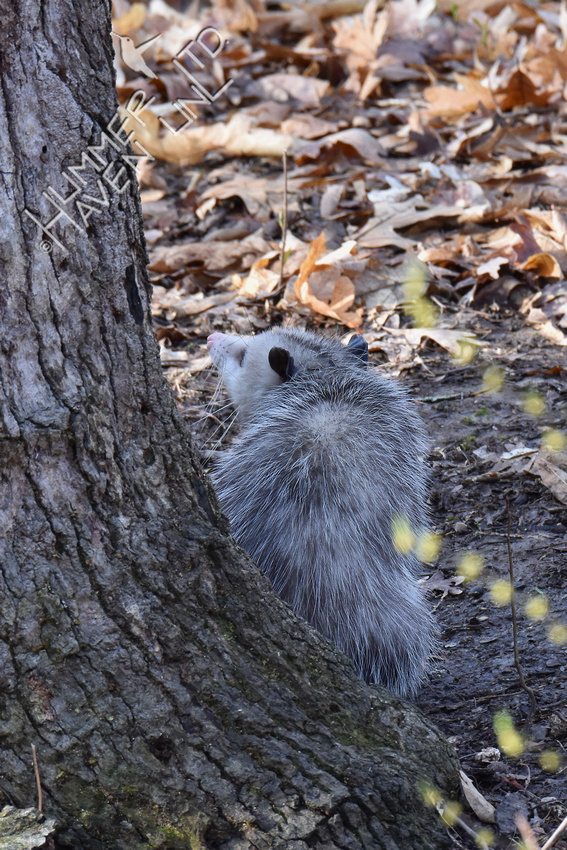 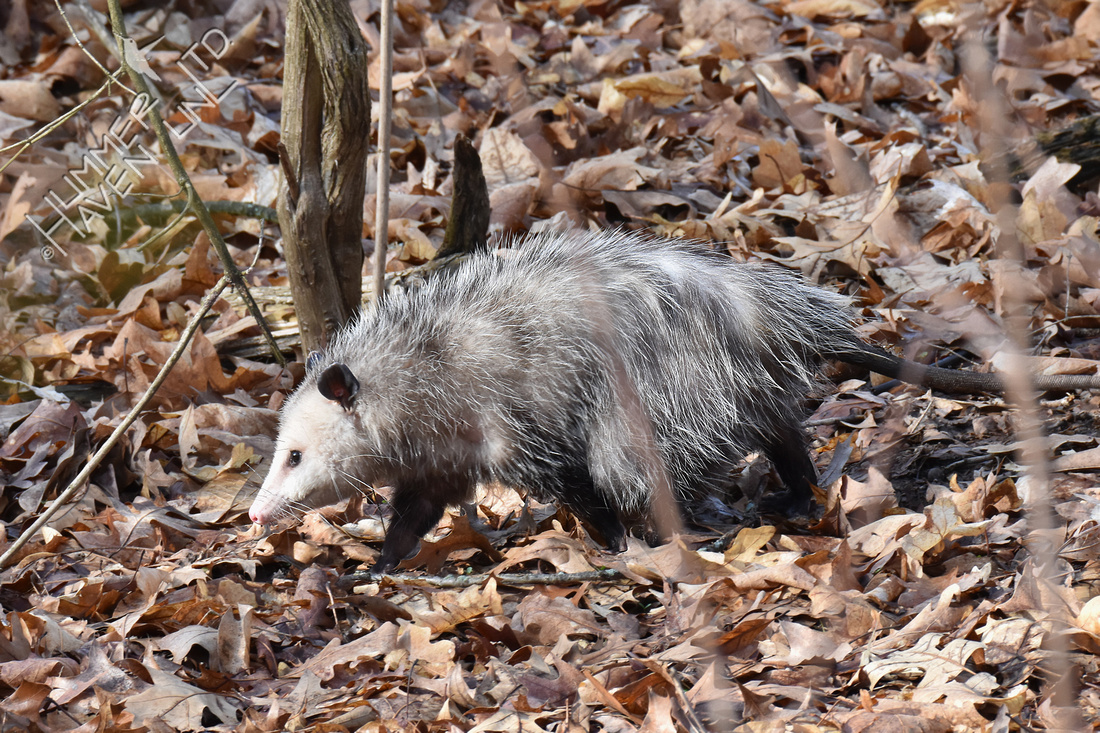 Two butterflies have been seen at the Virginia Bluebells (Mertensia virginica). They are both in the same genus, but different species. The American Lady (Vanessa virginiensis) was seen on Thursday, 4-11-19. 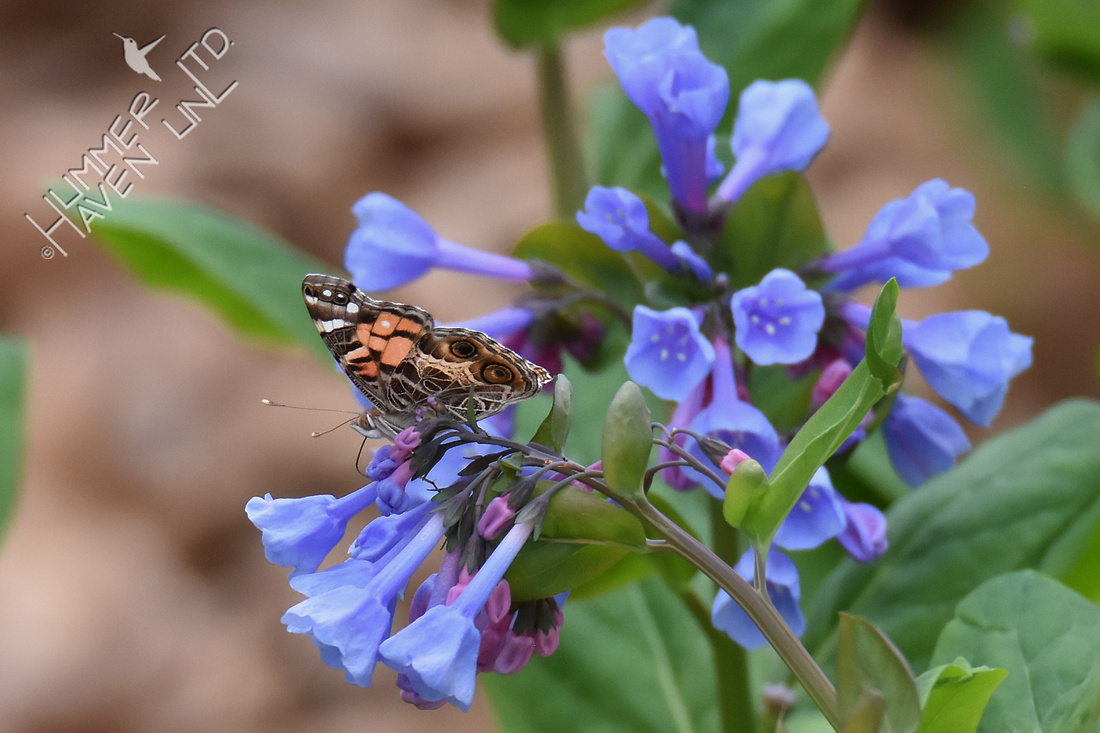 The Red Admiral (Vanessa atalanta) was seen the following day. It's the first time I've caught these in the spring. 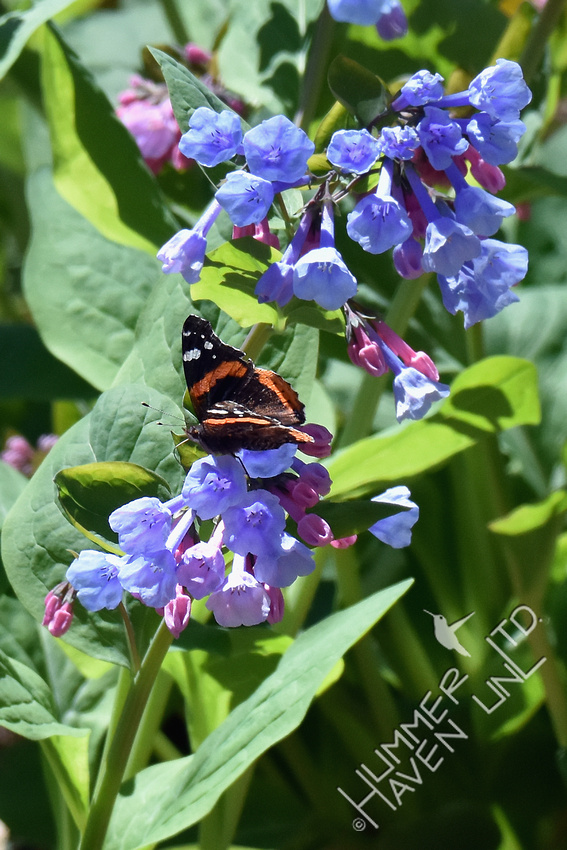 Marsh Milkweed is emerging so it won't be long before the first Monarchs arrive. 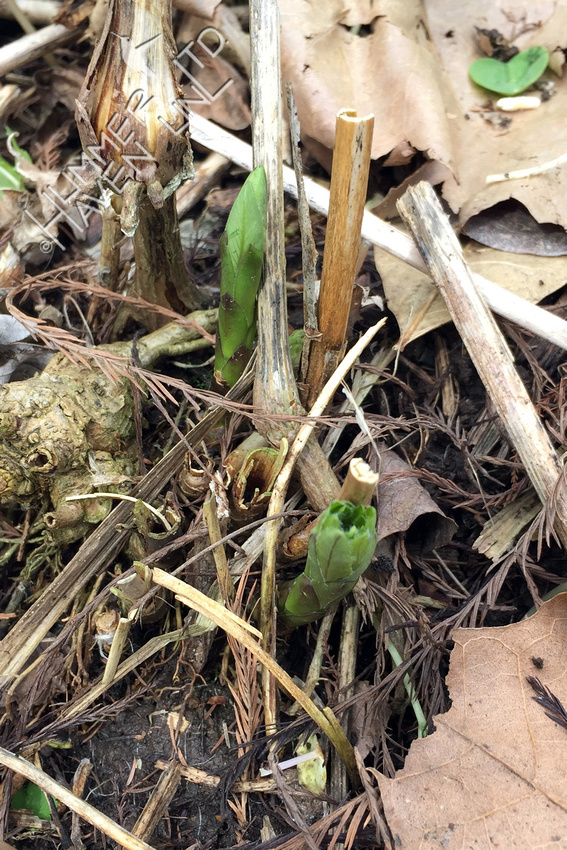 Now for the birds! Ruby-crowned Kinglets have been here for over a week now. These quick-moving tiny birds are challenging subjects, getting me ready for more warblers. 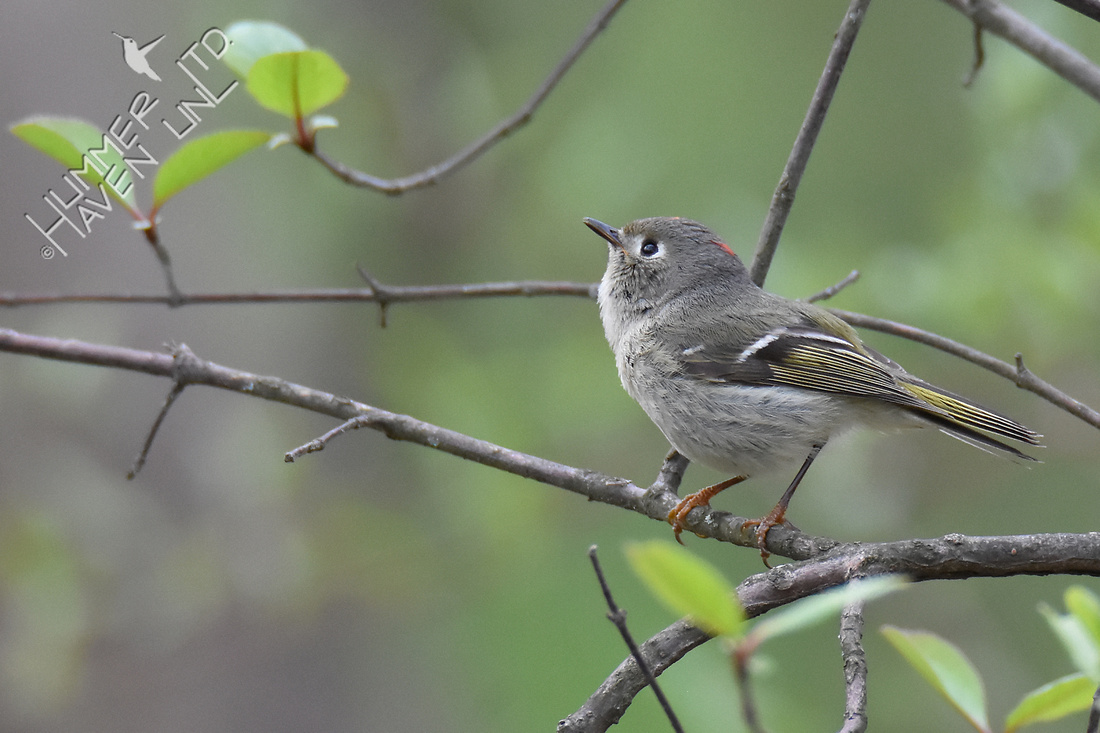 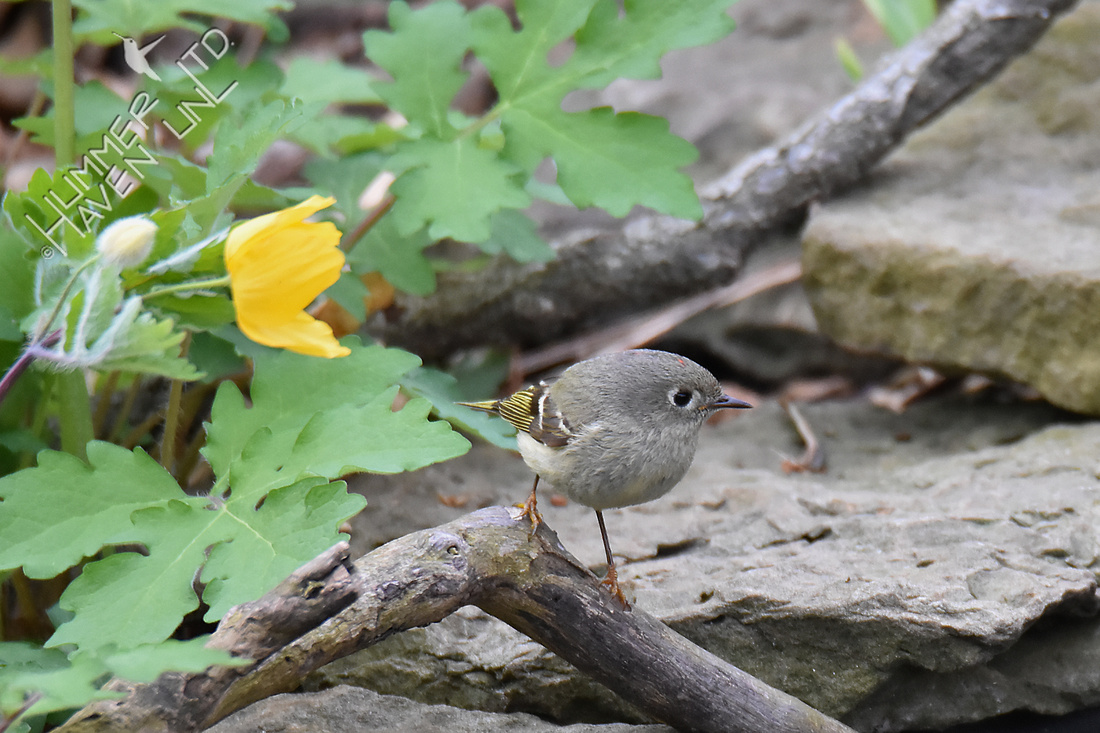 Likewise, the Blue-gray Gnatcatcher has been heard many days and finally photographed, first in Blackhaw Viburnum (Viburnum prunifolium) and secondly in Missouri Gooseberry (Ribes missouriense). 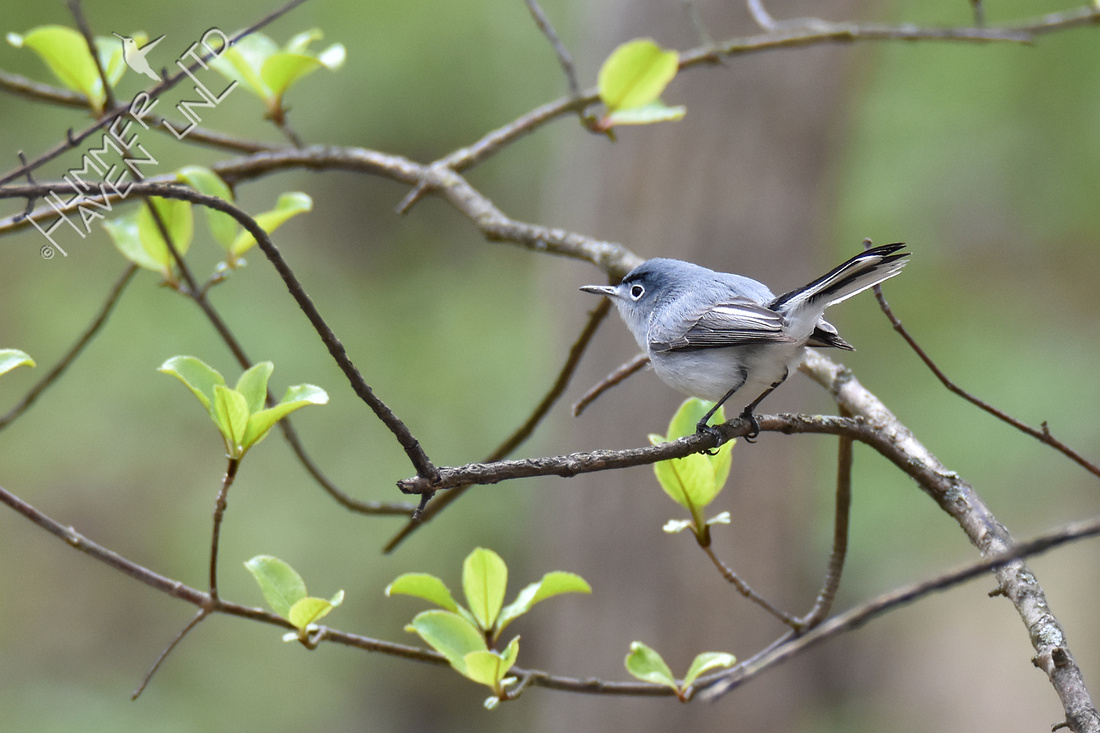 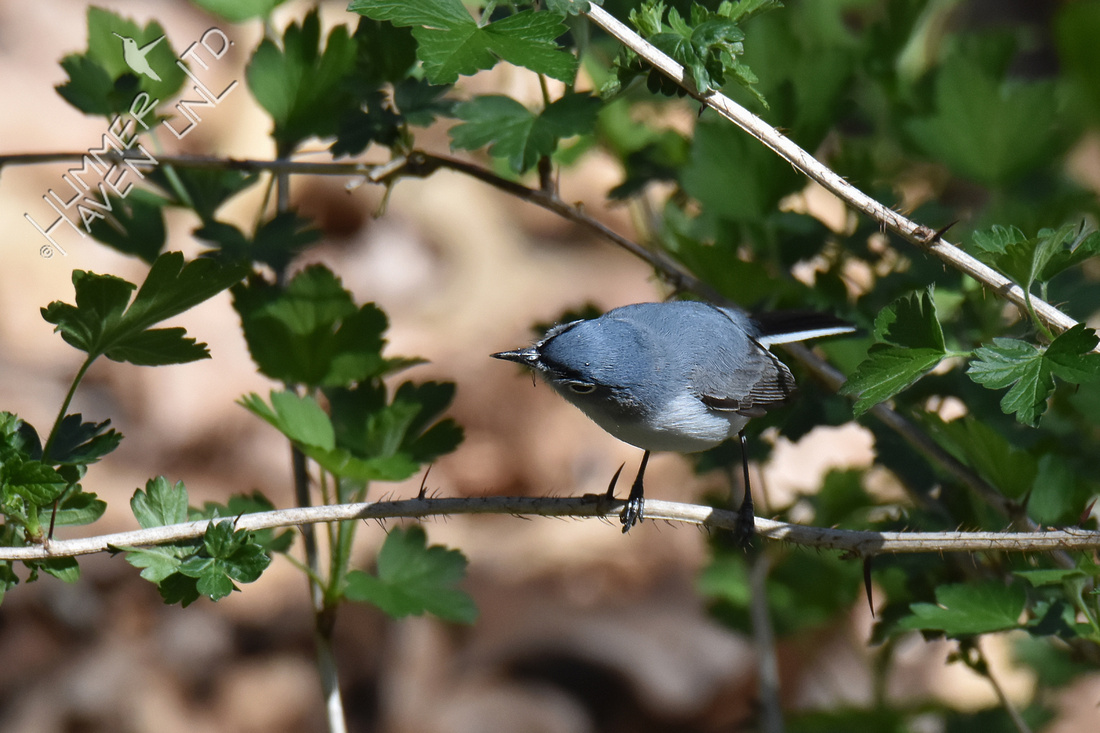 The female Eastern Towhee was seen coming to the swale at the back property line for a drink on a couple different days. 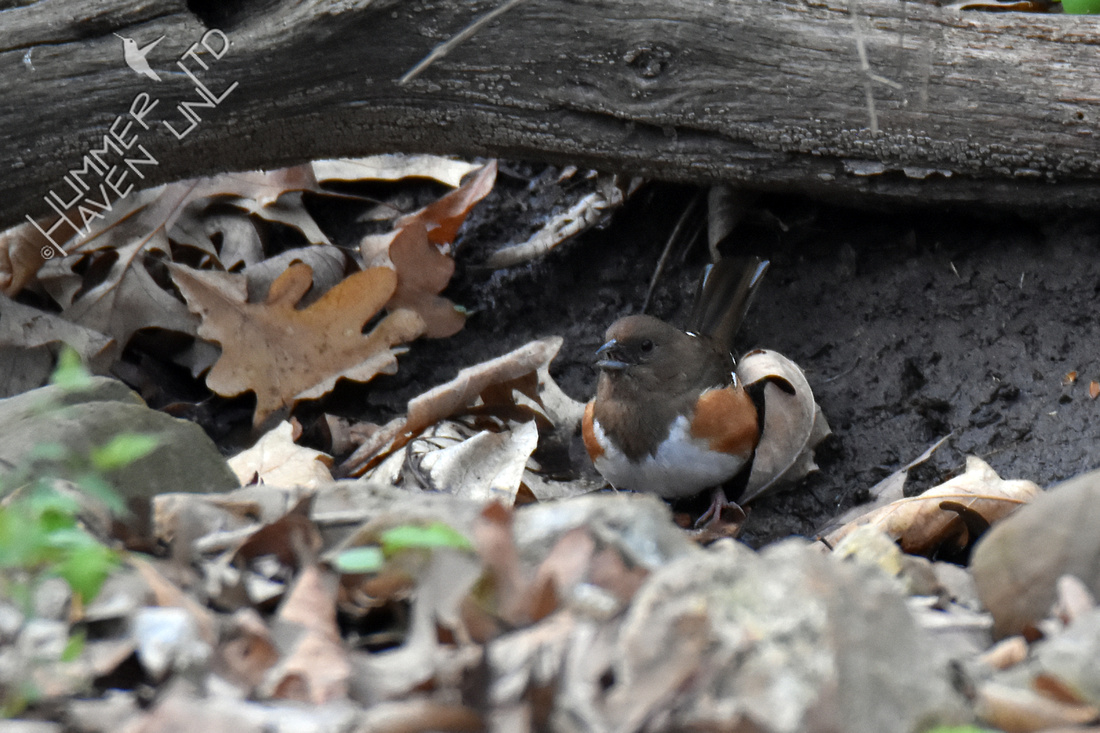 A bird that I hadn't seen here in at least nine years came pecking through the yard, a Wild Turkey, #59 for the year. It crossed the street and then I saw a second one ahead of it in our neighbor's yard. 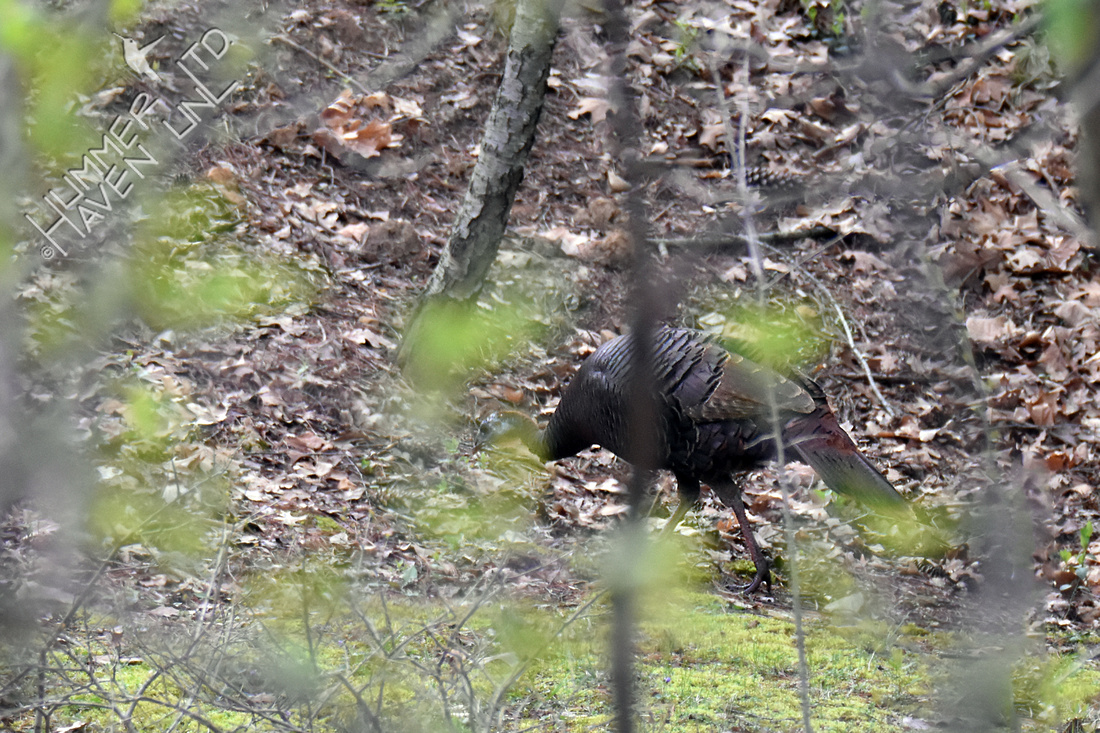 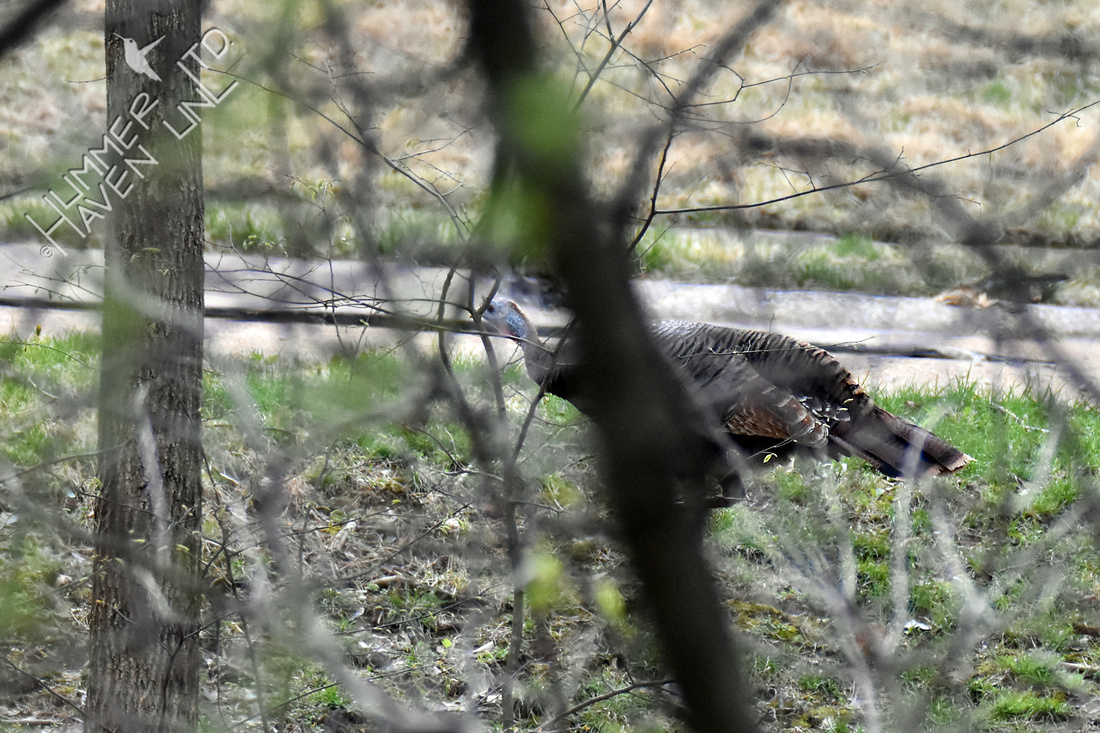 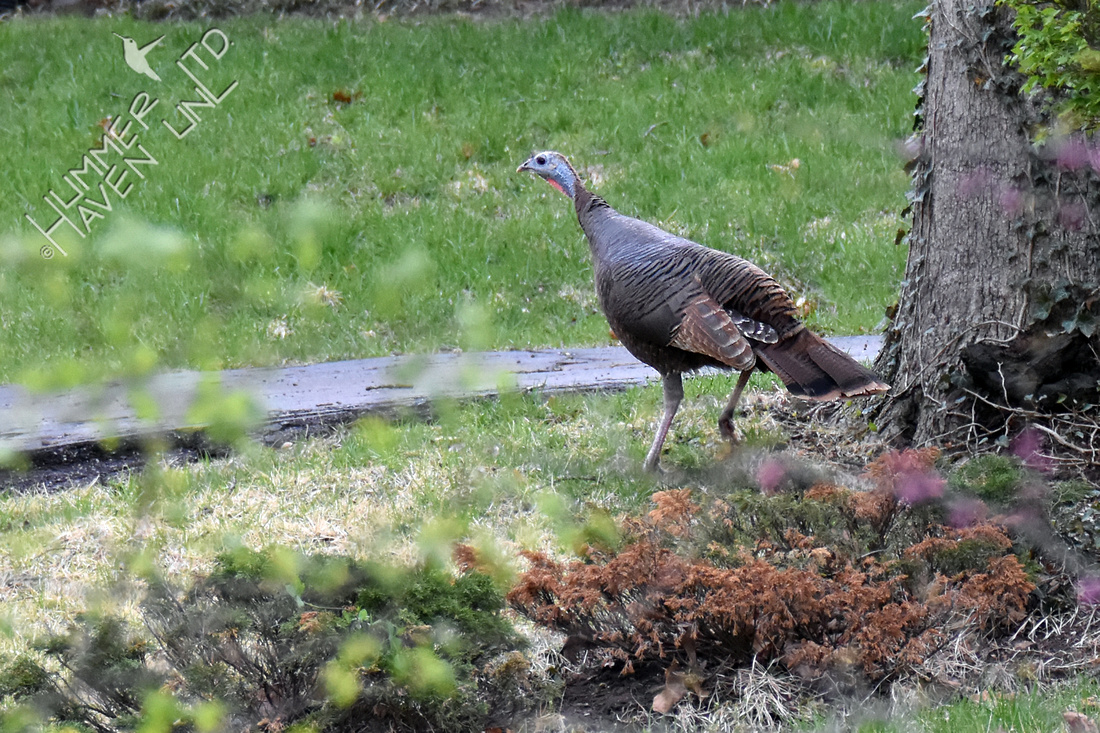 After the storm on Sunday, a first of the season Purple Finch came in to the south feeder. Here it is on the right with an American Goldfinch on the left. 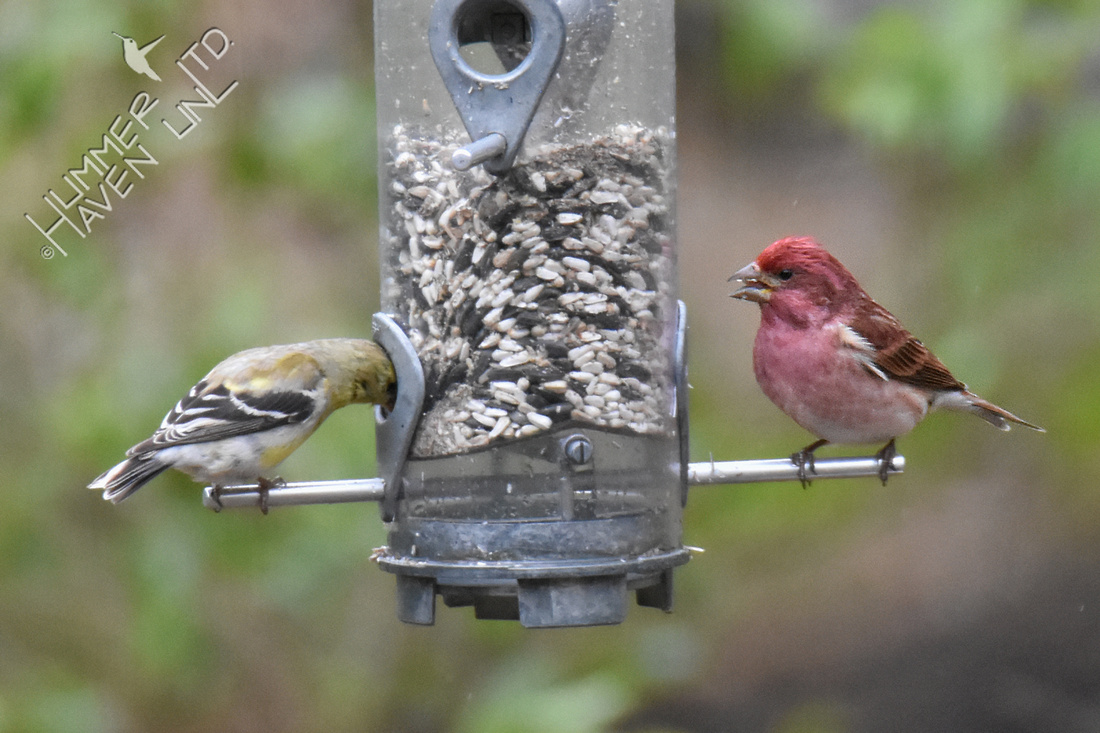 FOY #60 Chipping Sparrows popped out the same afternoon, there were two. 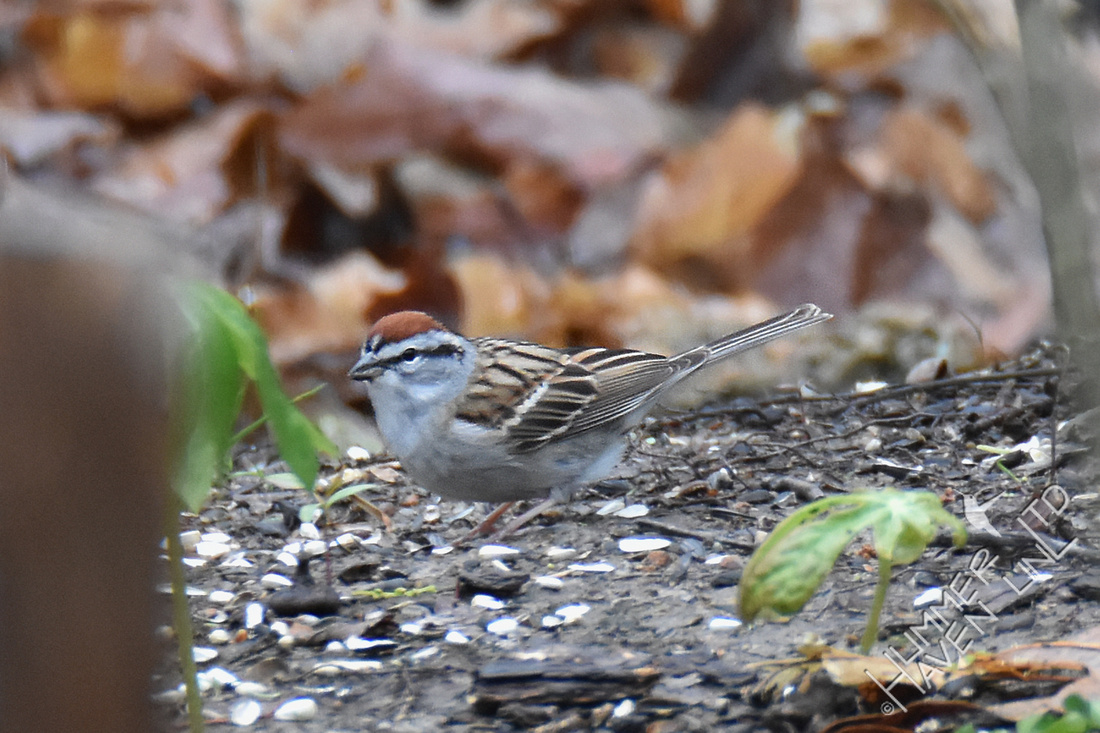 This morning, my FOY #61 was the Northern Parula, the smallest warbler we see at 4.25". I heard a snippet of its song and then it popped onto this branch in an elm. From there, it did not pass GO, did not collect $200 but went straight to the Bubbler to bathe and then preen. 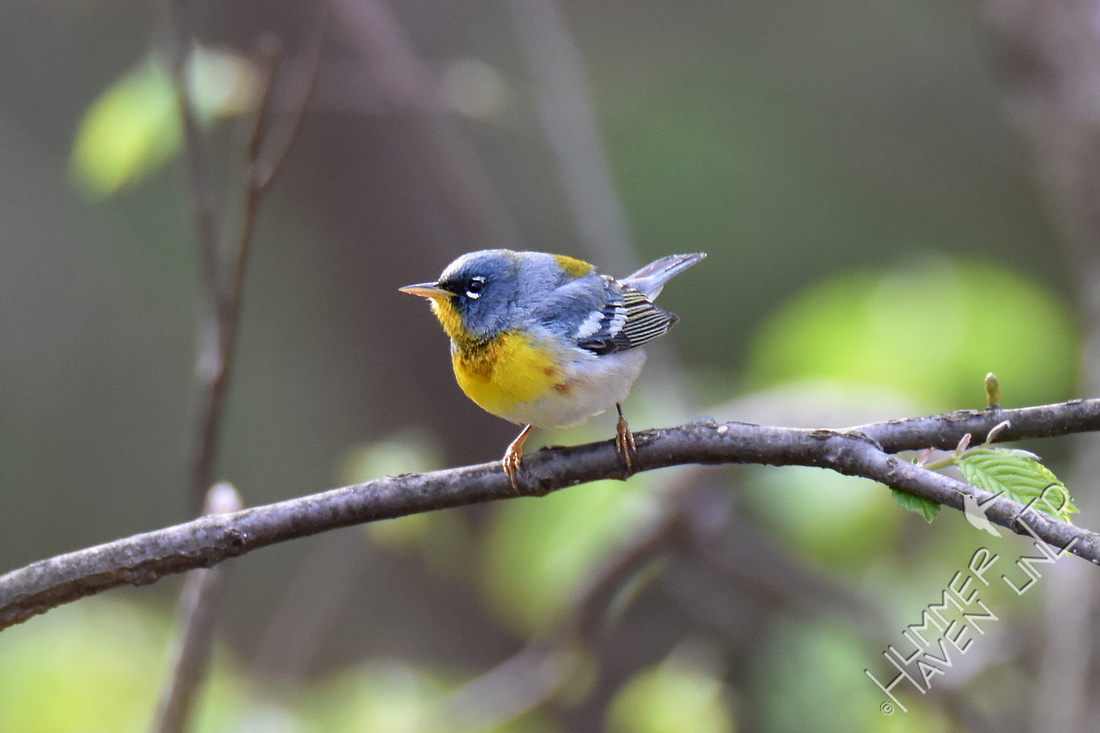 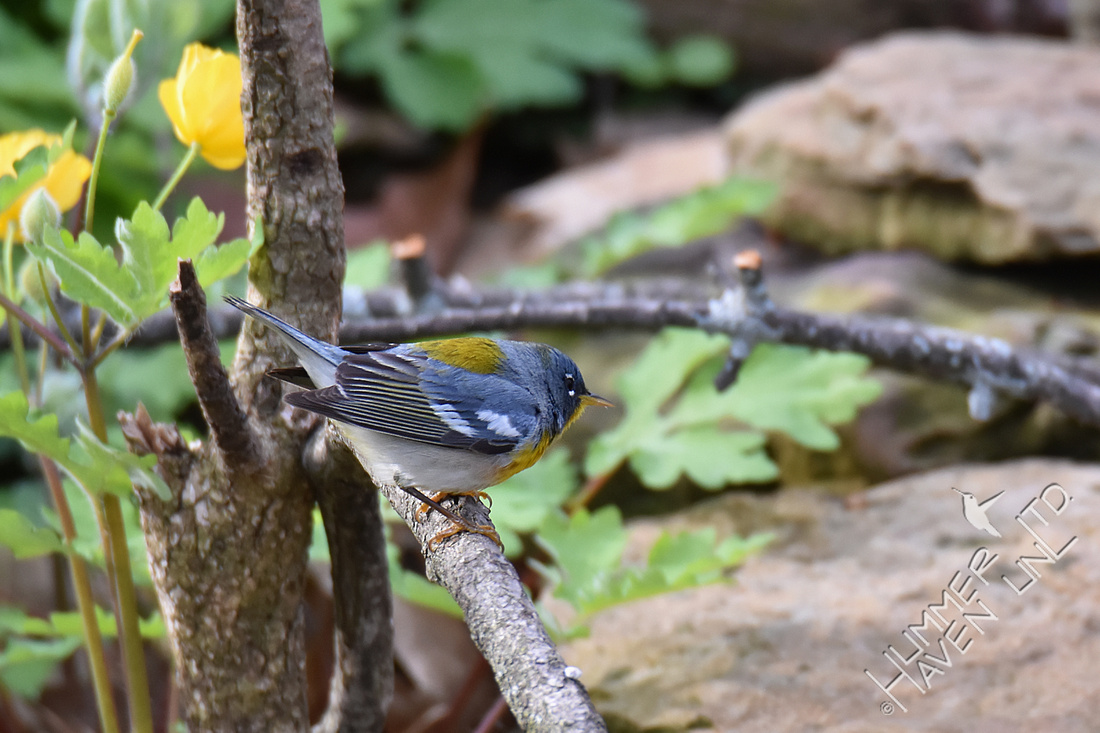 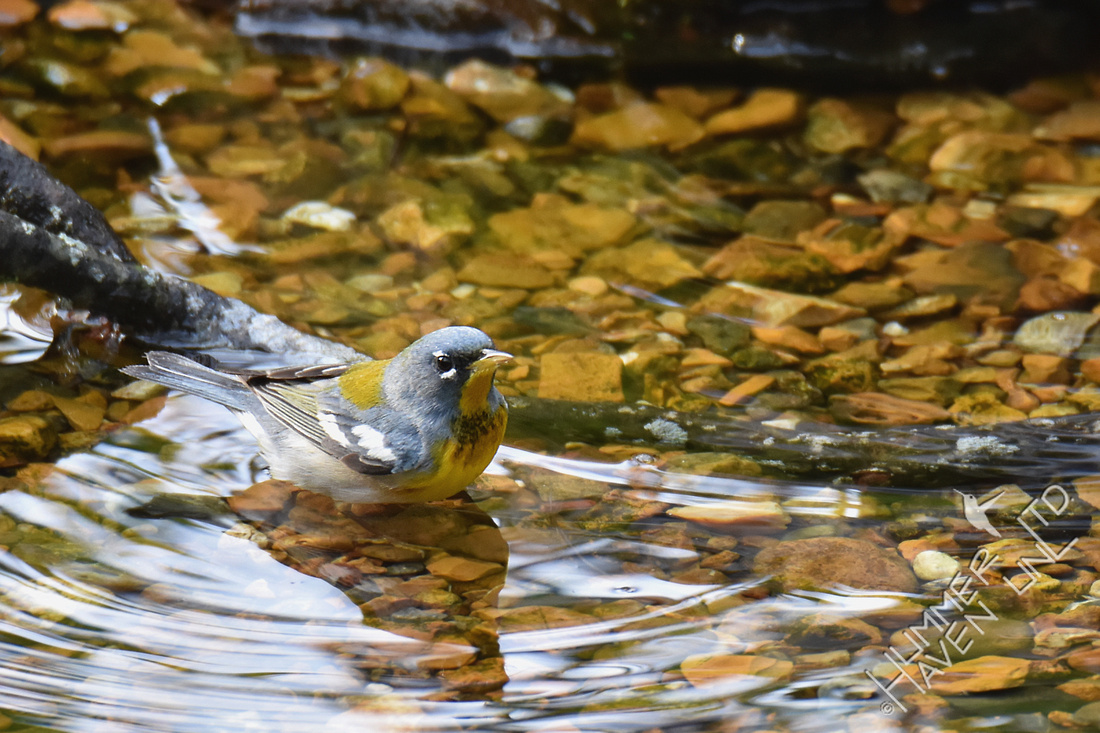 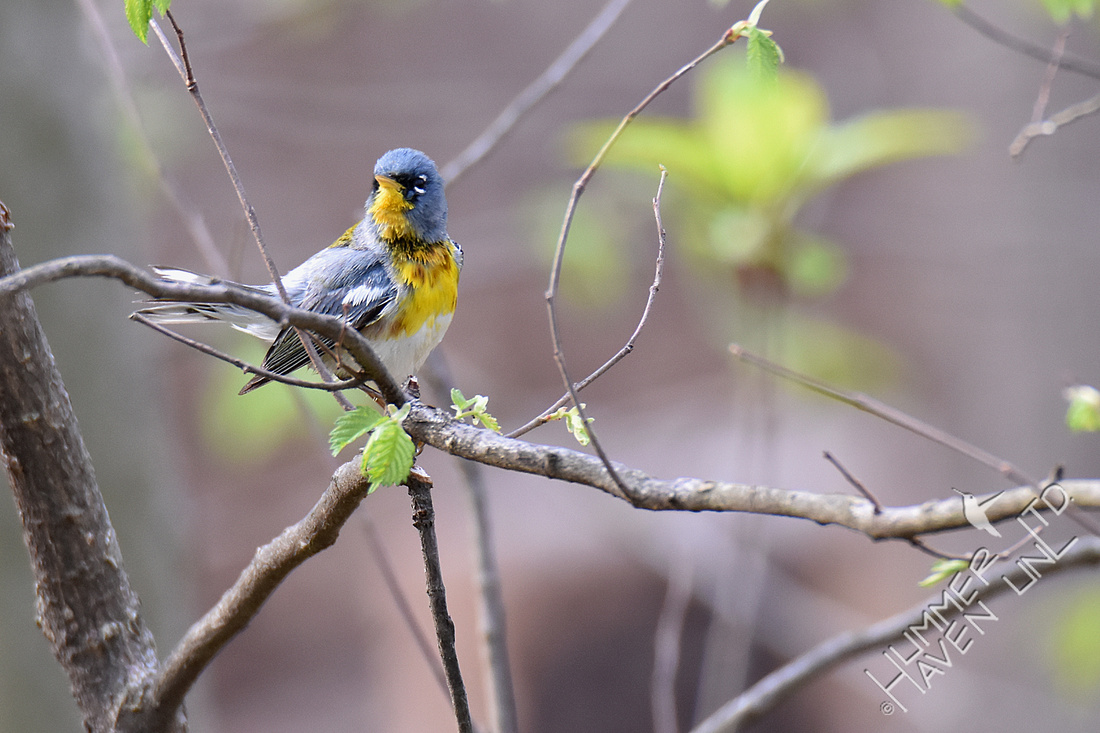 Last but not least, the Red-shouldered Hawk that was taken to the World Bird Sanctuary is improving. Since its injury was a dislocation rather than a clean break, it is more serious because it tends to happen again. They take the bandages off every 3 days for some physical therapy and strengthening. We hope for her continued improvement.

Enjoy this beautiful time of year!