The first days of April have brought in some new first of the year, aka FOY birds.  On Wednesday, 4/4/18 a single Swamp Sparrow arrived.  Three were seen on Friday, 4/6/18, moving about under the feeders and in the swampy wet area, no surprise when one considers their perfect camouflage. 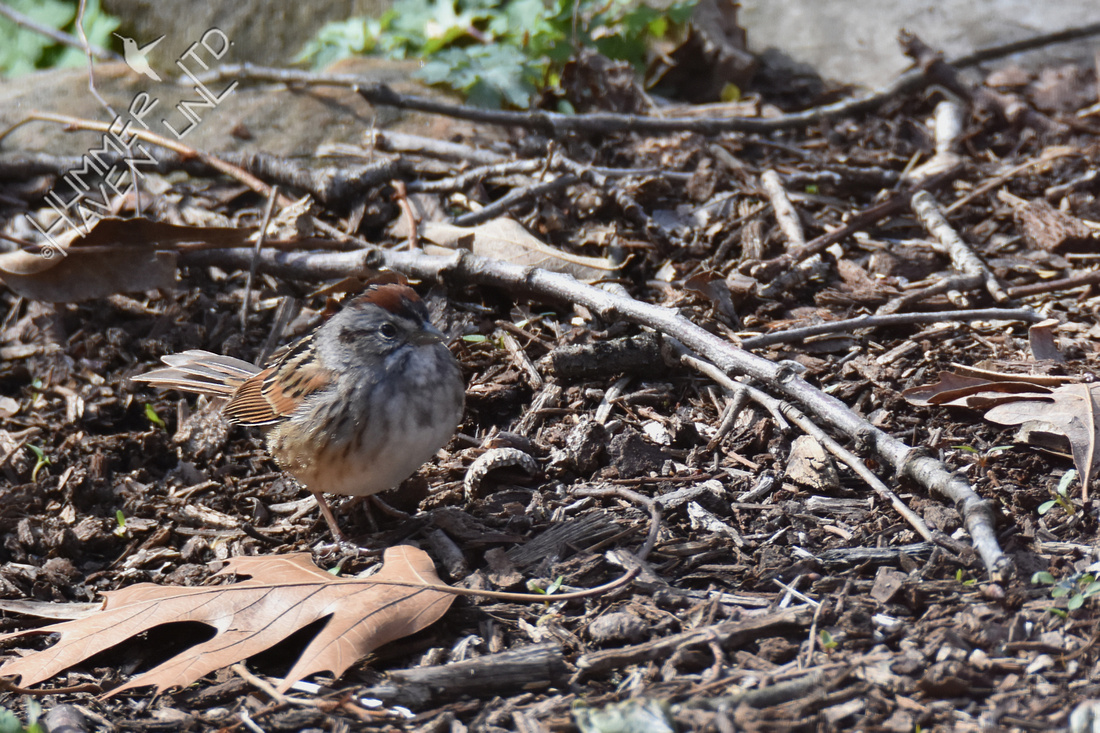 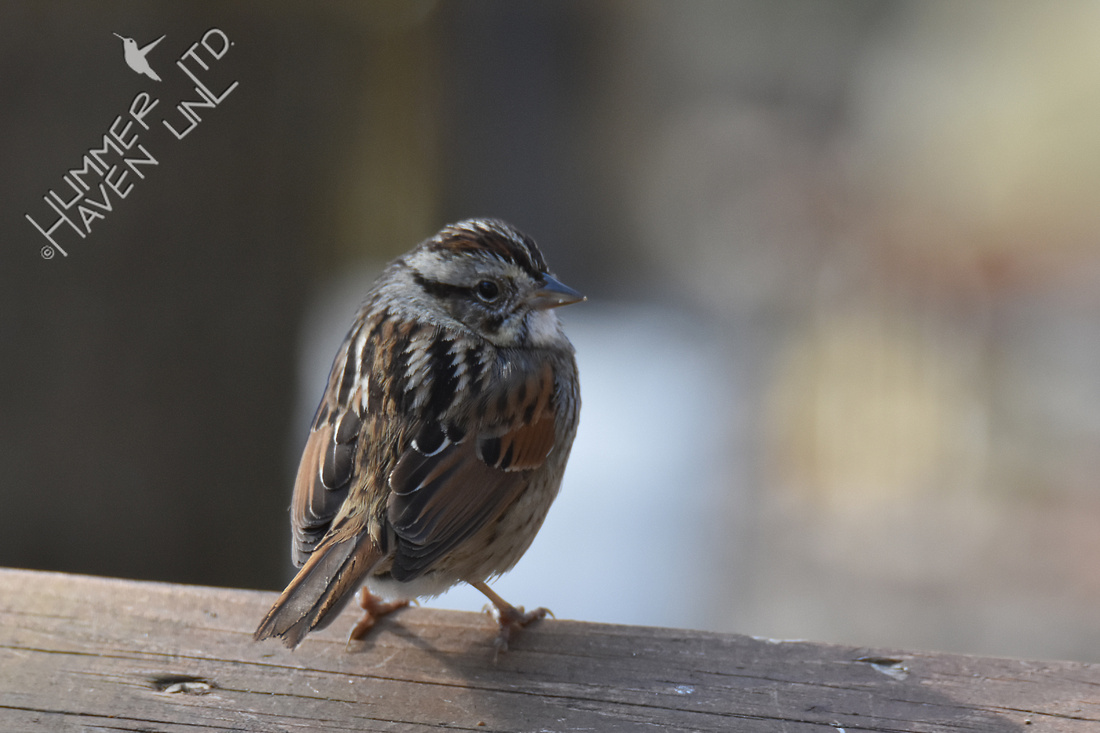 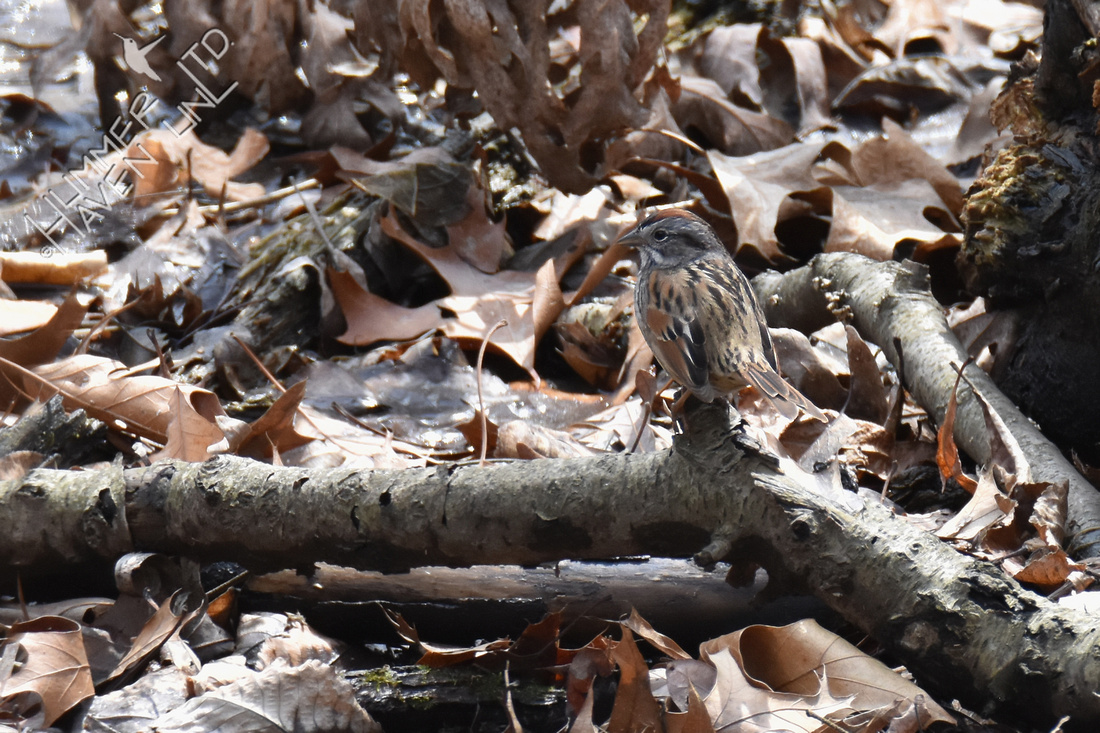 I heard a Brown Thrasher on Friday, but never did find it. Later in the afternoon, a bird was foraging in the leafy mulch and I thought that might be the thrasher. But, no it was a female Eastern Towhee! It showed itself just long enough for a couple photos. Some of these reddish-brown birds can be really hard to discern amongst the leaves. 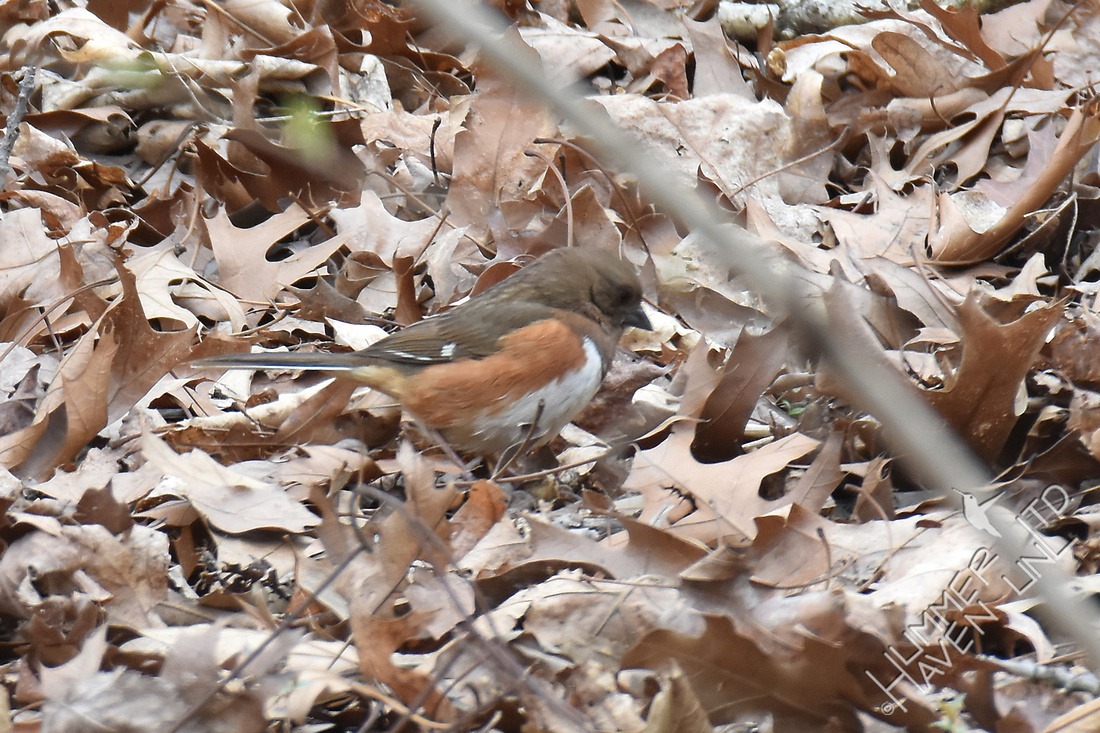 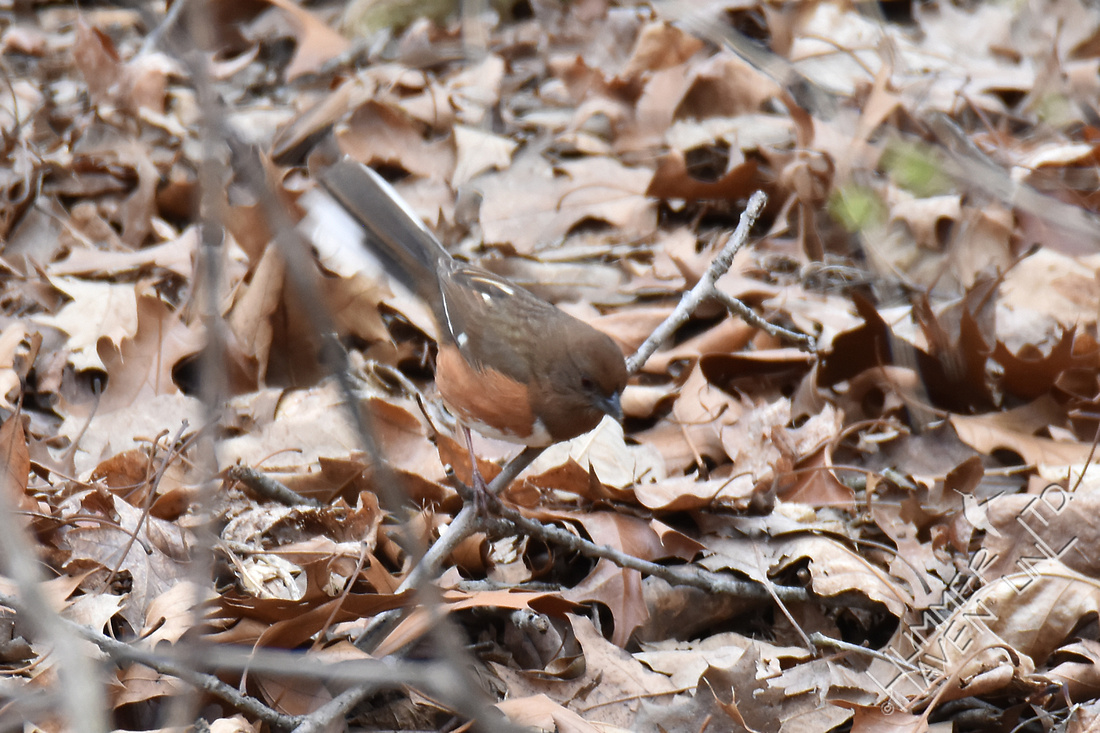 On Saturday, 4/7/18  I got a nice look at a Golden-crowned Kinglet flashing its bright fiery crown. It moved on quickly. About 10 am I came back downstairs and saw a beautiful male Purple Finch on the west feeder. The bird was still around today, and it has been counted as species #42 for the year. 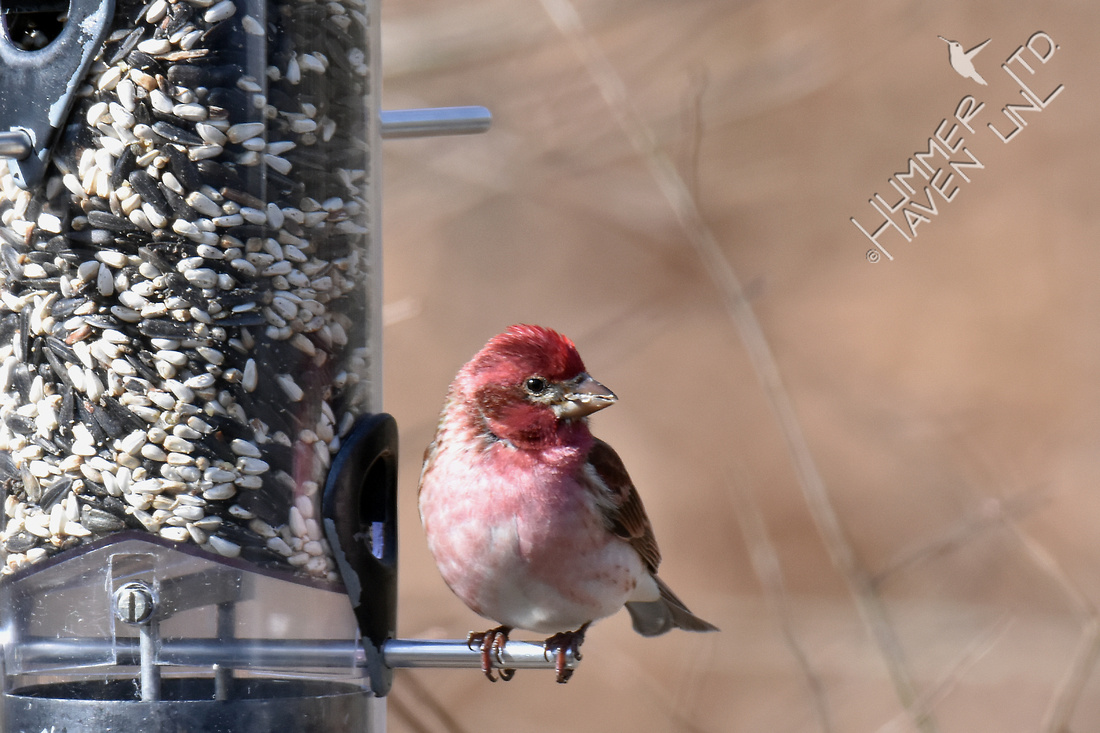 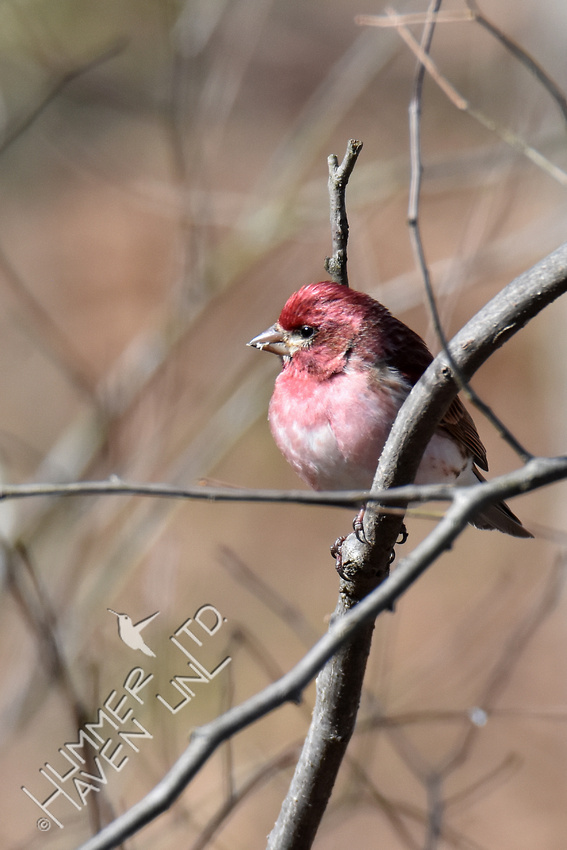 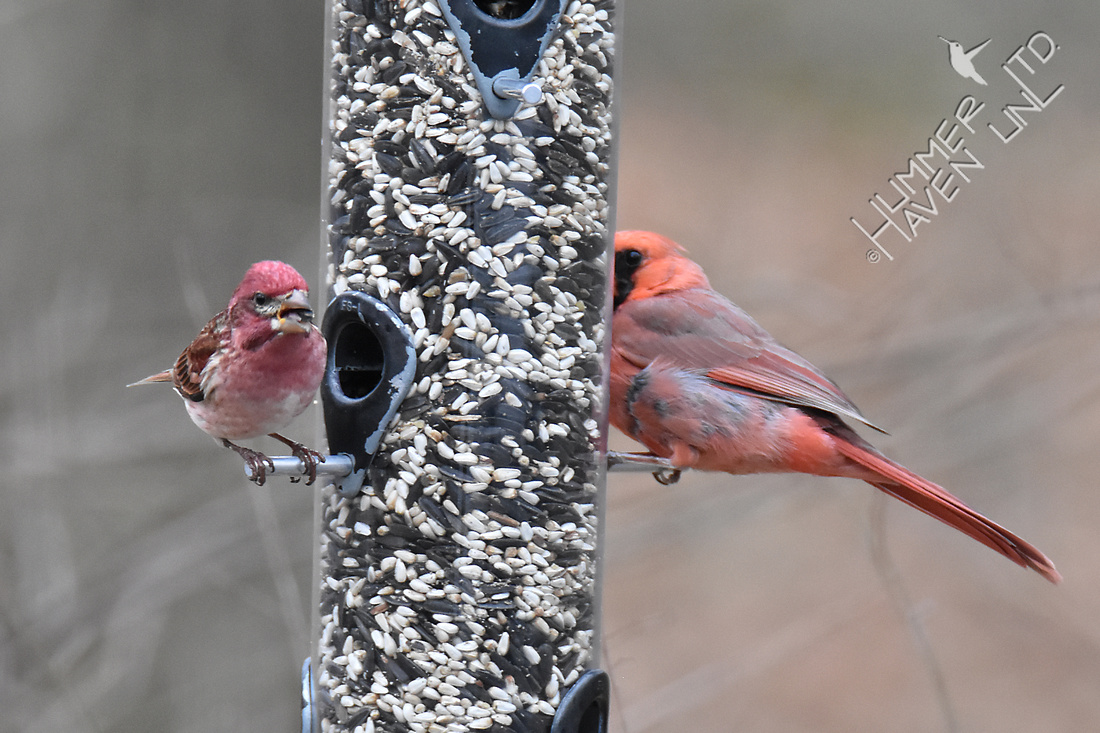 Another bird that I saw first on Friday was a Hermit Thrush. It was getting a drink at the pond on the east side. I hurried to get the camera but then couldn't find the bird again. Some days are like that! I had better luck this morning. This is another bird that can be hard to see in the leaves. It was zipping about, perching then dropping down to grab an insect. 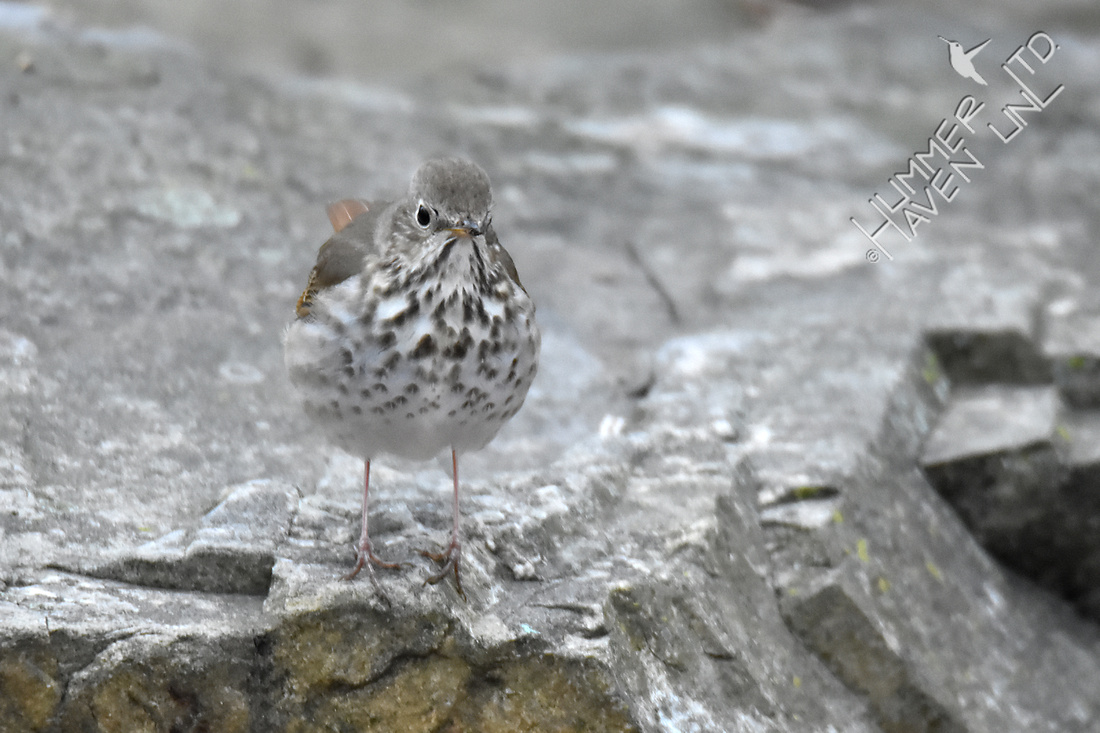 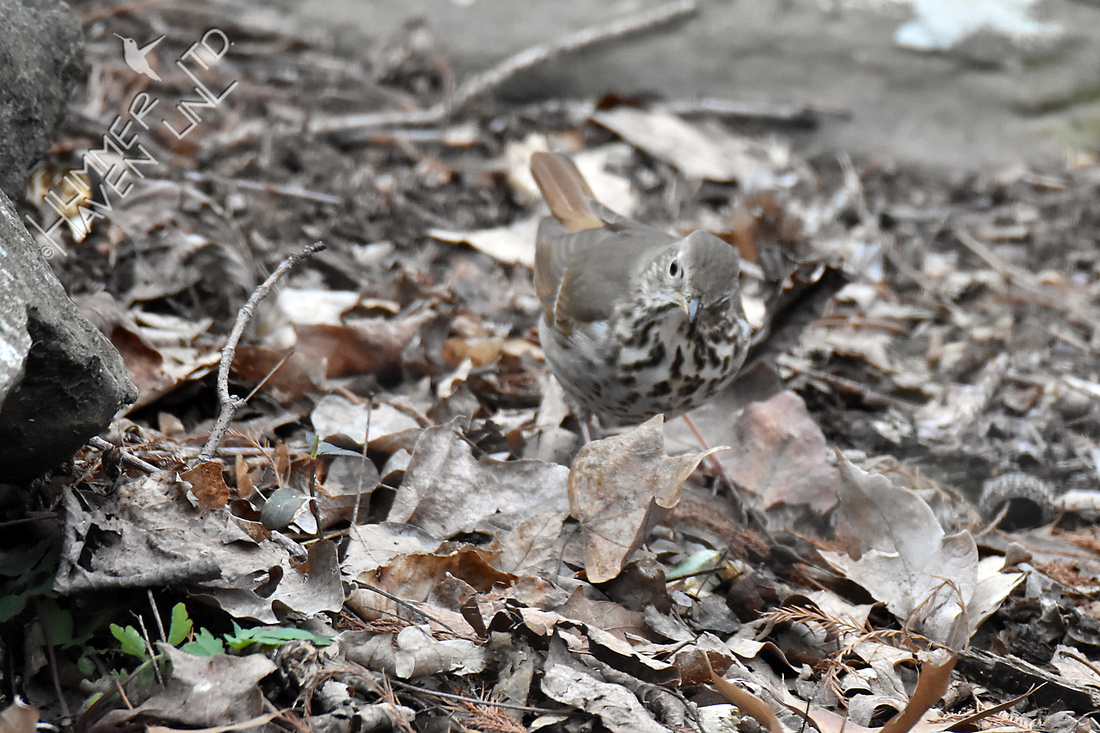 The Hermit Thrush has a rusty tail that it raises, then slowly lowers. It seemed to be softly vocalizing while it did this. 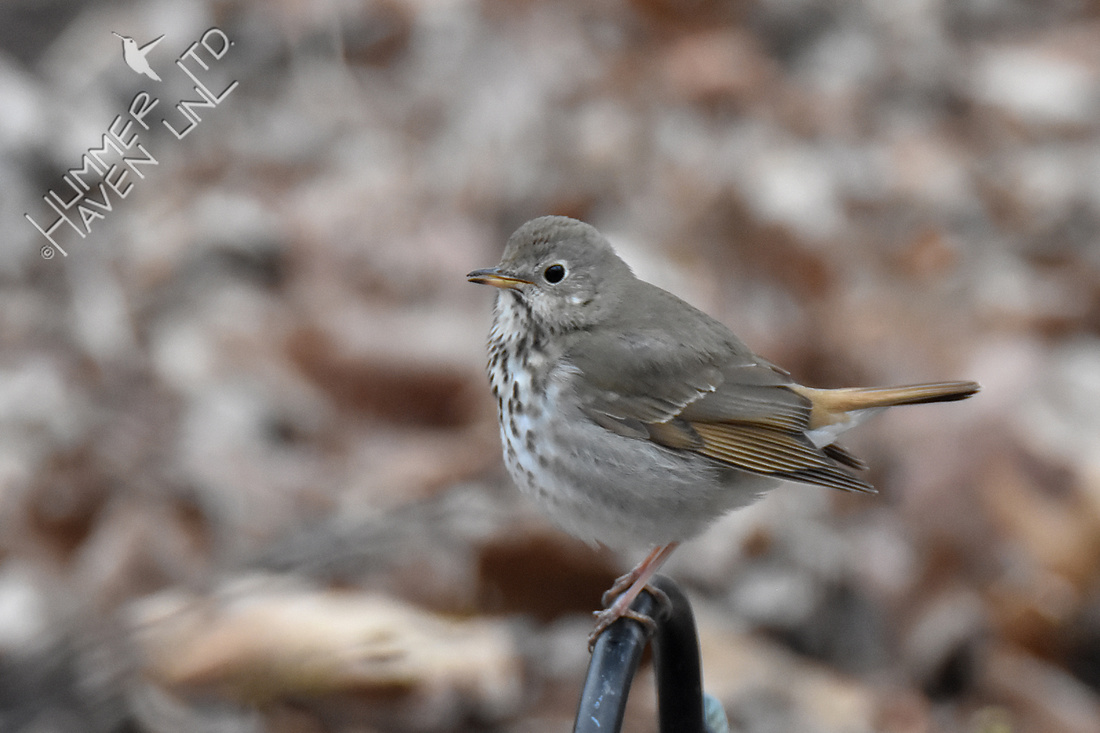 This week we've also seen a flock of Rusty Blackbirds coming in to feed in the wetland area. Rusties are a vulnerable species due to the loss of this type of swampy, wet habitat throughout the country. Their numbers have declined by 85% since 1966. Now, some may certainly not see a 'swamp' as an asset, but our vernal wetland is the main reason we see this species and a few others here. The flock has been numbering about 30-40 birds the last few days with a variety of male and female birds of different ages and plumages. 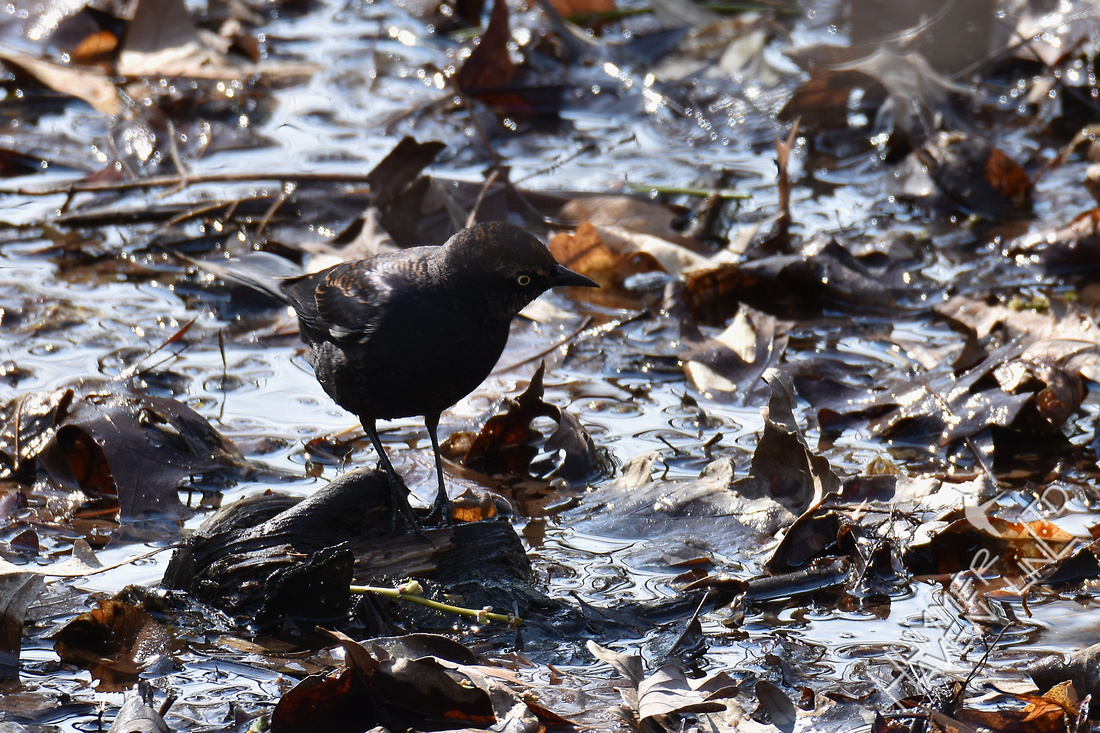 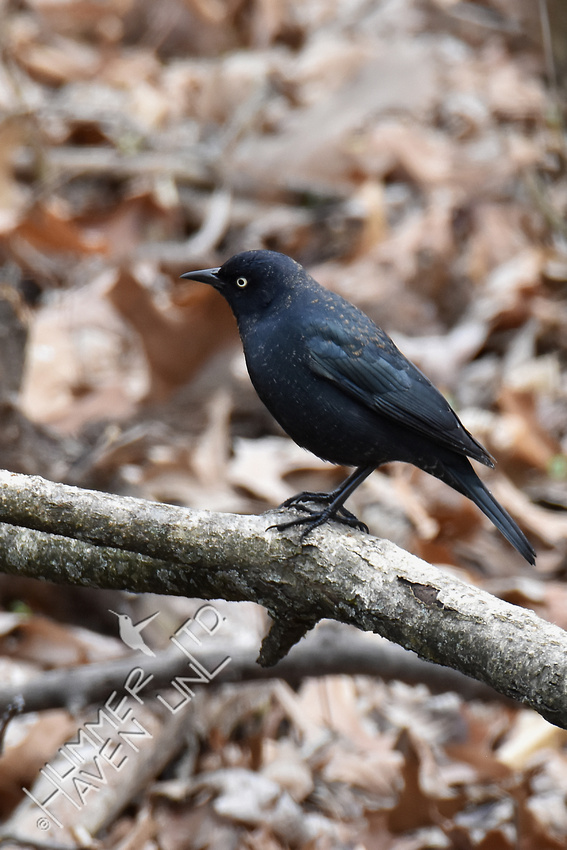 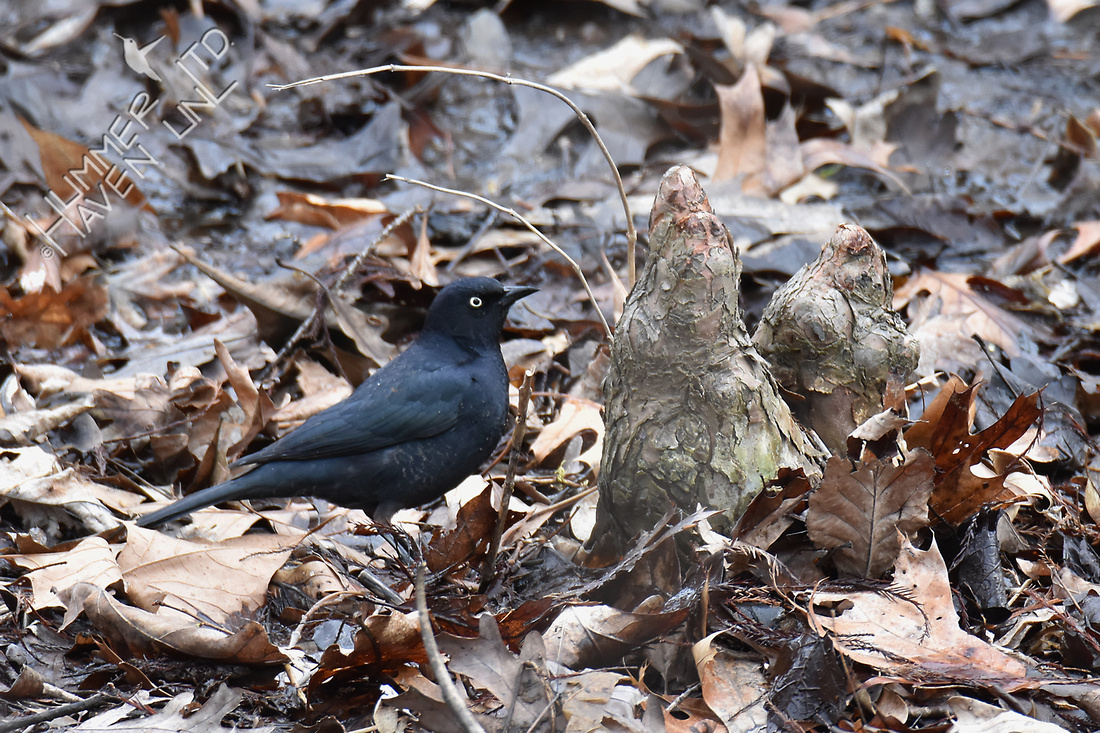 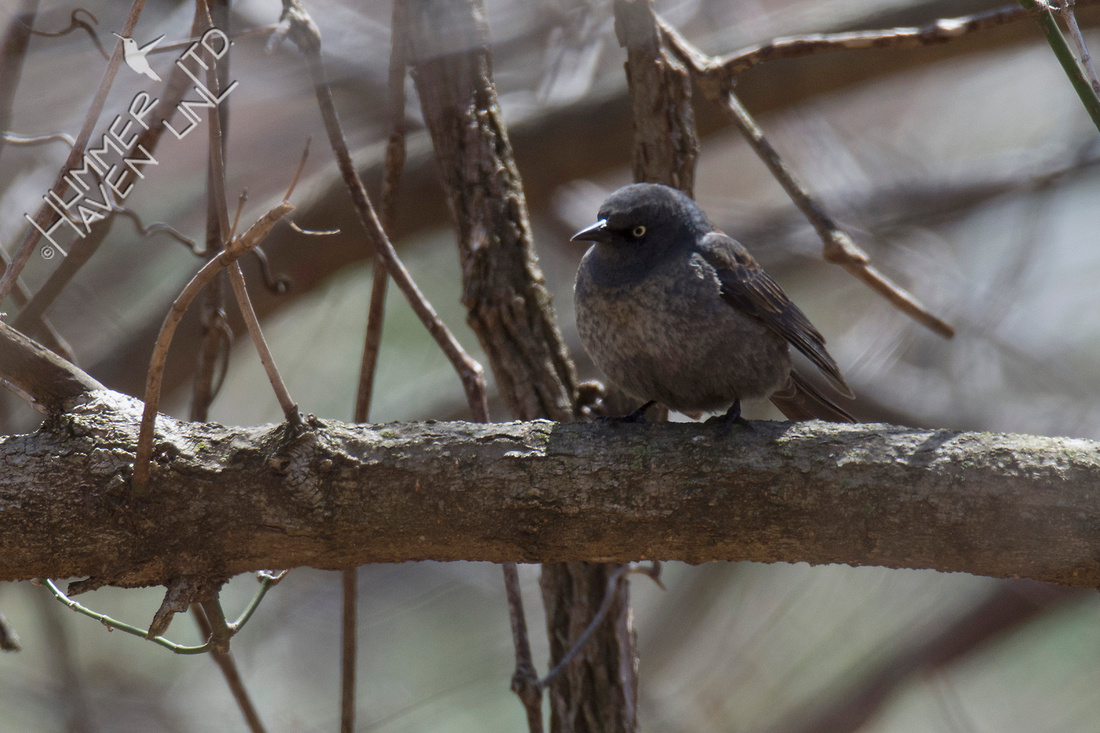 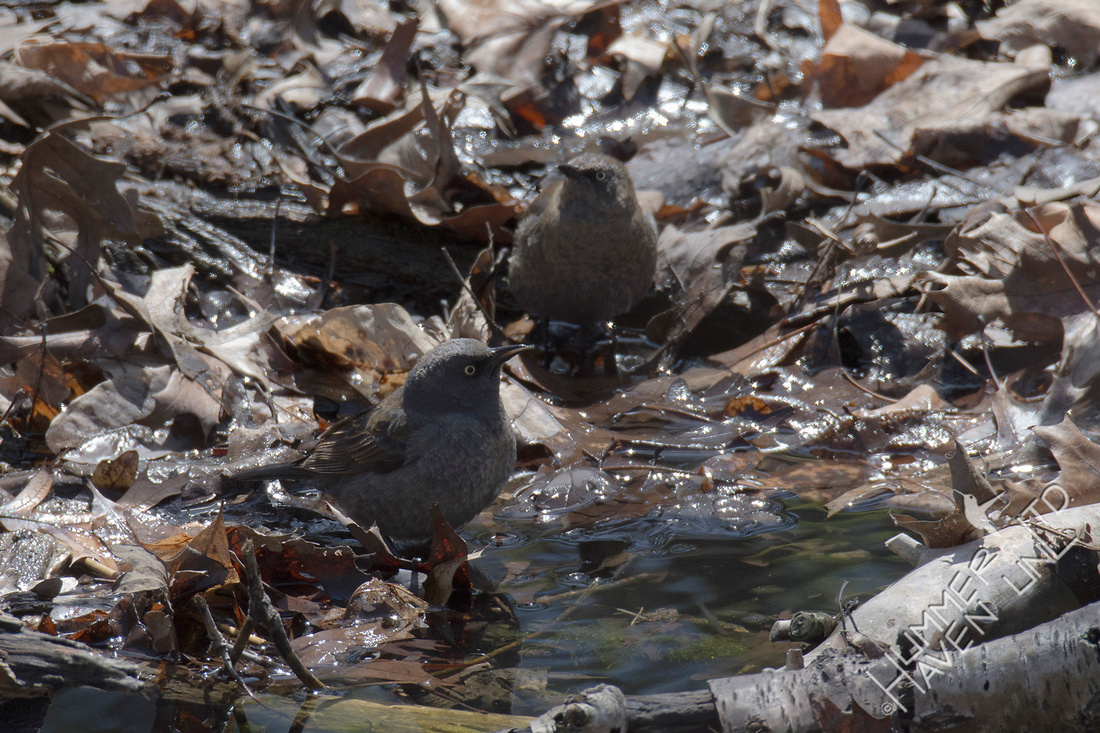 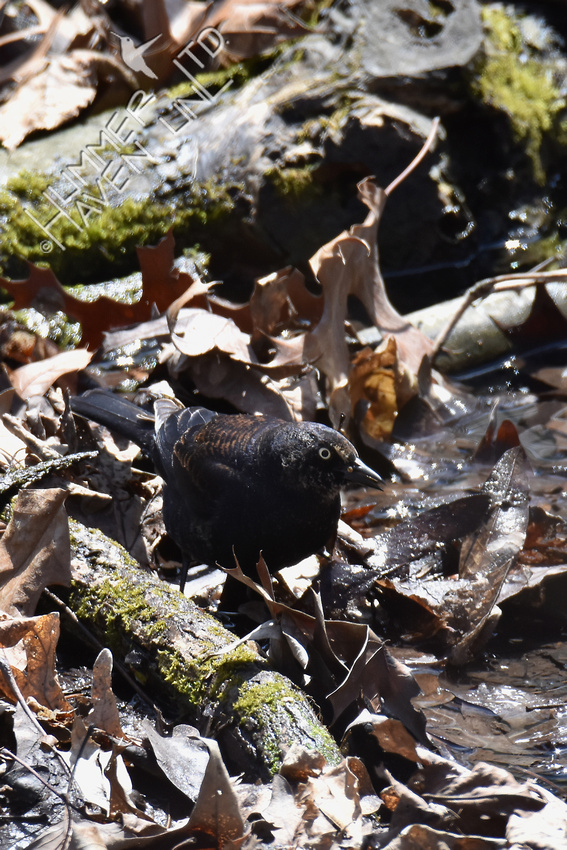 Yellow-bellied Sapsuckers were seen on Friday and a Brown Creeper has been coming in the last few days. 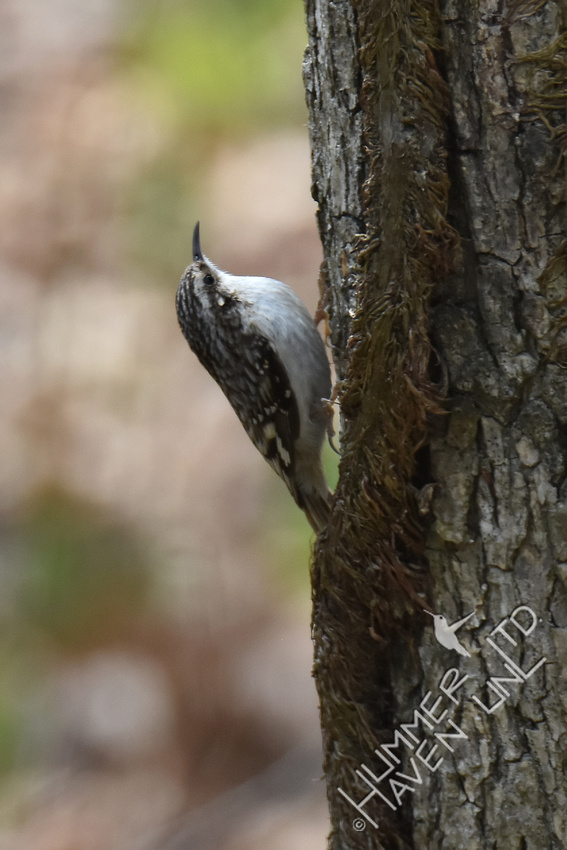 One Swamp Sparrow came to the Bubble this morning to get a few sips of water. 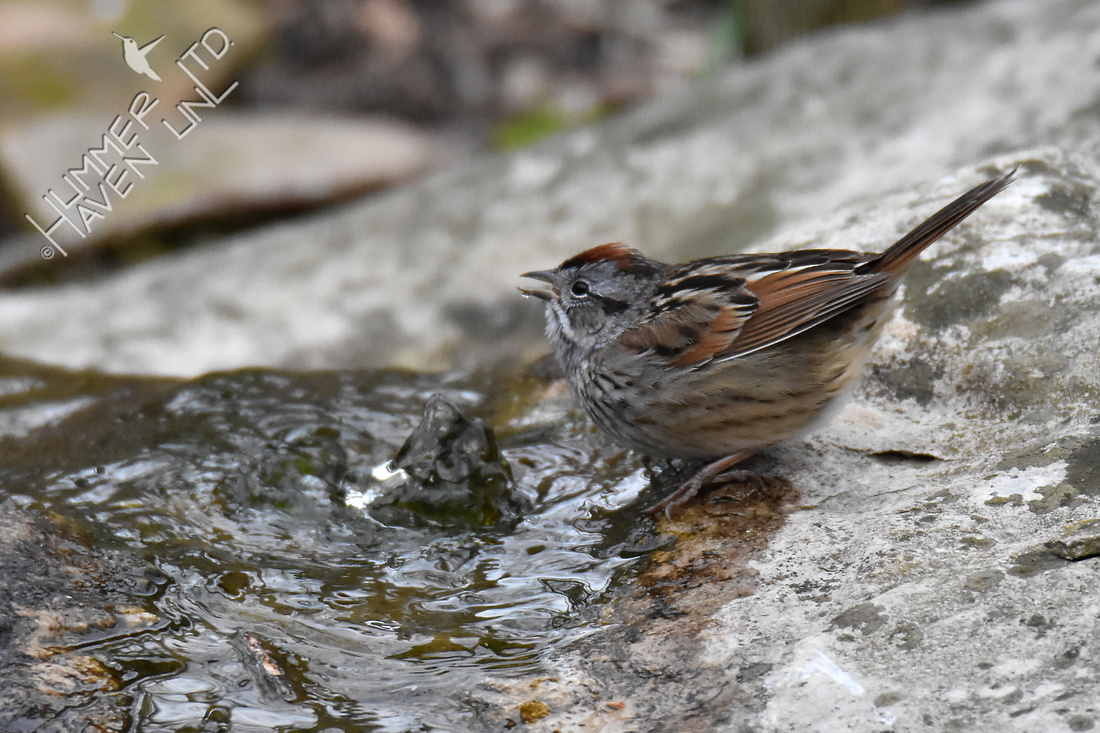 The American Goldfinches are getting brighter and this Northern Cardinal is the richest red of the males we have around. I can almost hear what the females are thinking! "He's so fine, du-lang - du-lang - du-lang!" New arrivals and the usual suspects in bright colors, both are sure signs of the turn towards spring. 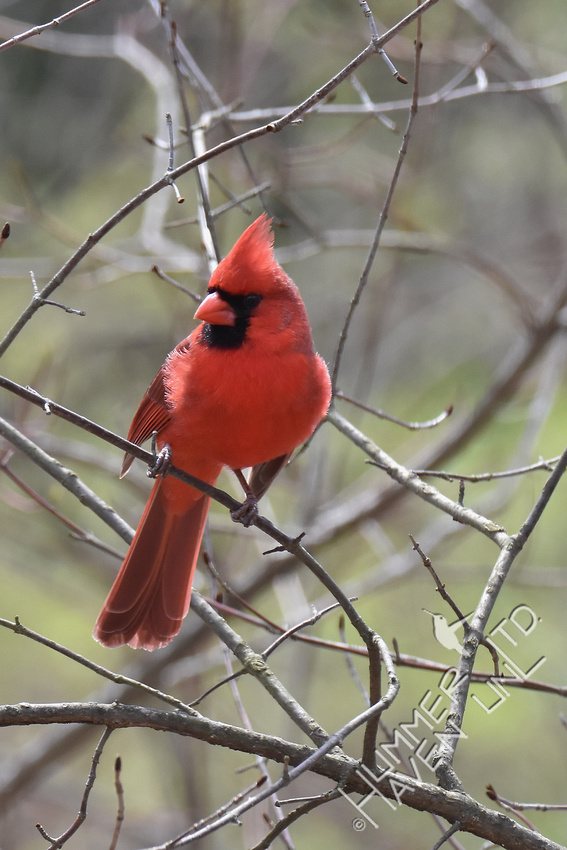