There are some obvious signs of spring despite the cool, damp weather. We've gained over 3 hours of daylight since the Winter Solstice on 12/21/17. Northern Cardinals are chasing each other to set up territory. Birdsong has picked up in many species and nesting has begun for American Crows, Red-shouldered Hawks and Carolina Chickadees.

Two weeks ago on 3-10-18, we put up the chickadee tube nest box and I set the timer on my watch. Within 2 minutes the pair was checking it out. They quickly began excavating, taking turns to carry out the cedar shavings and eat safflower seeds to keep up their endurance! Nesting requires so much energy. 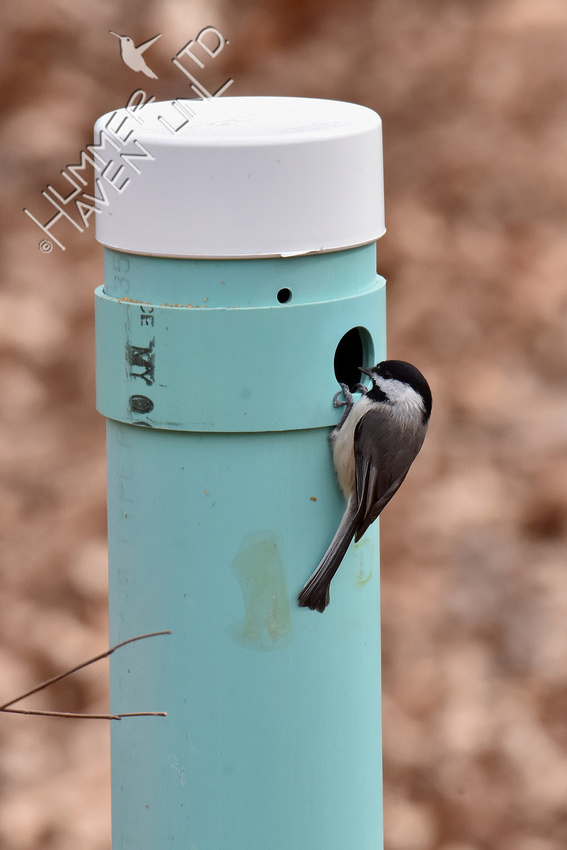 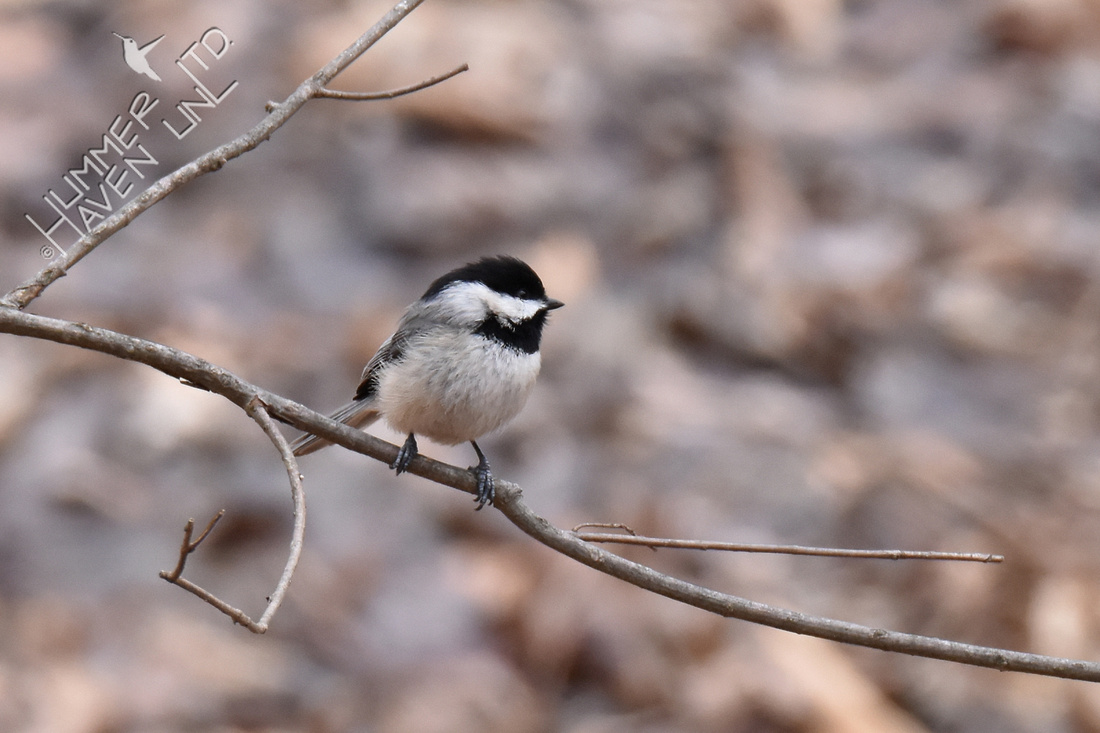 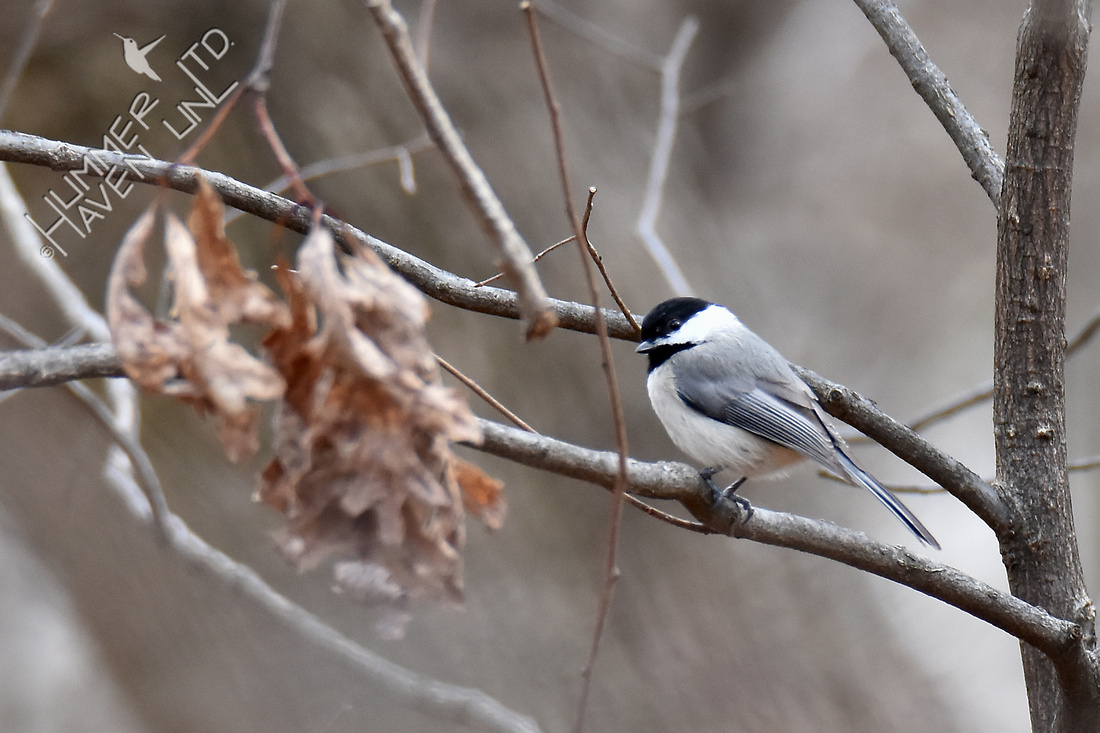 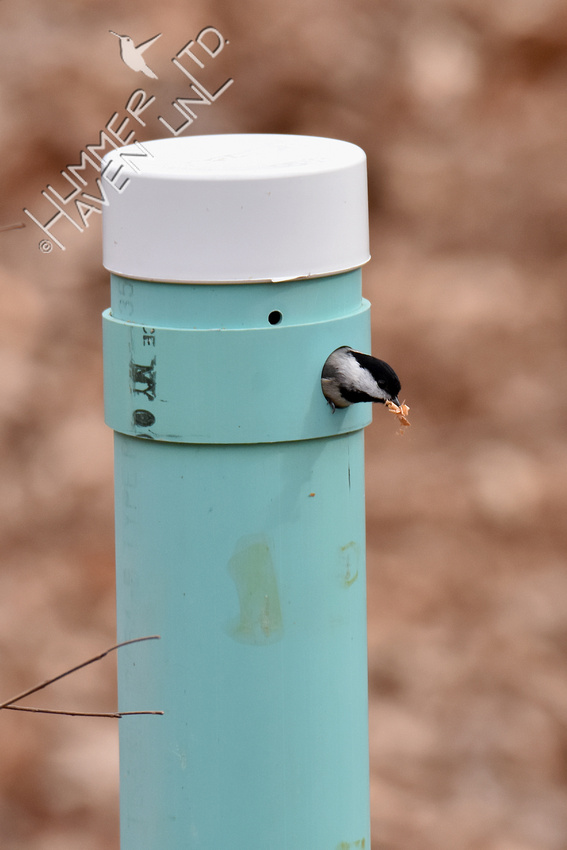 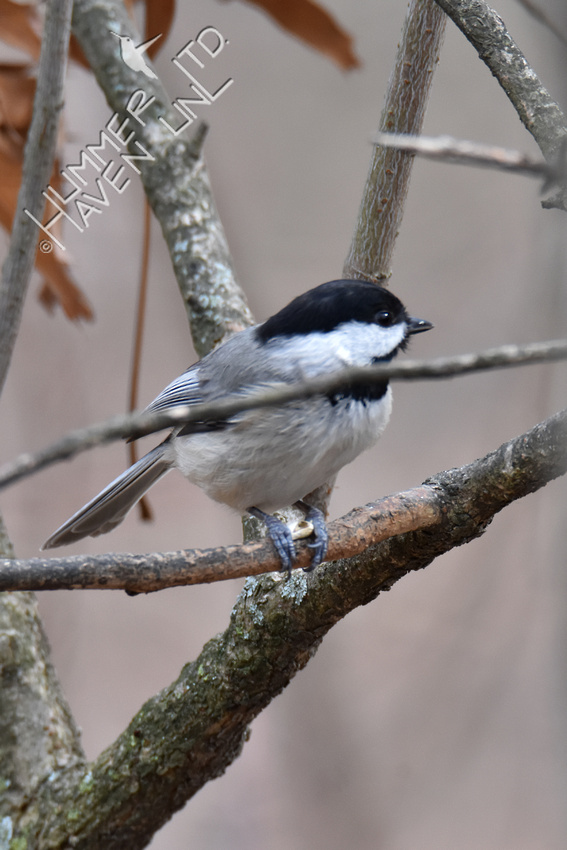 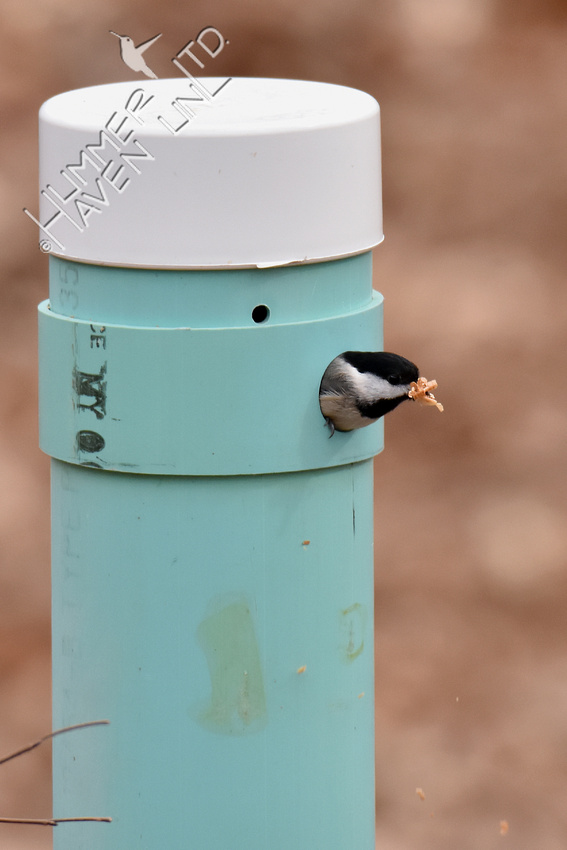 If the Eurasian Tree Sparrows will just leave them alone, they may succeed this year. In the winter, Carolina Chickadees will stay together in small groups. Only the dominant pair of the group will nest, so we are hopeful that we got the nest box up in time before other competing species arrive.

Spring does not happen all at once around here, we had a wet snow on Sunday, 3-11-18 that fell and melted quickly. The American Goldfinches are getting their new plumage in gradually and looking pretty patchy in the process, but definitely brightening up the gray days. 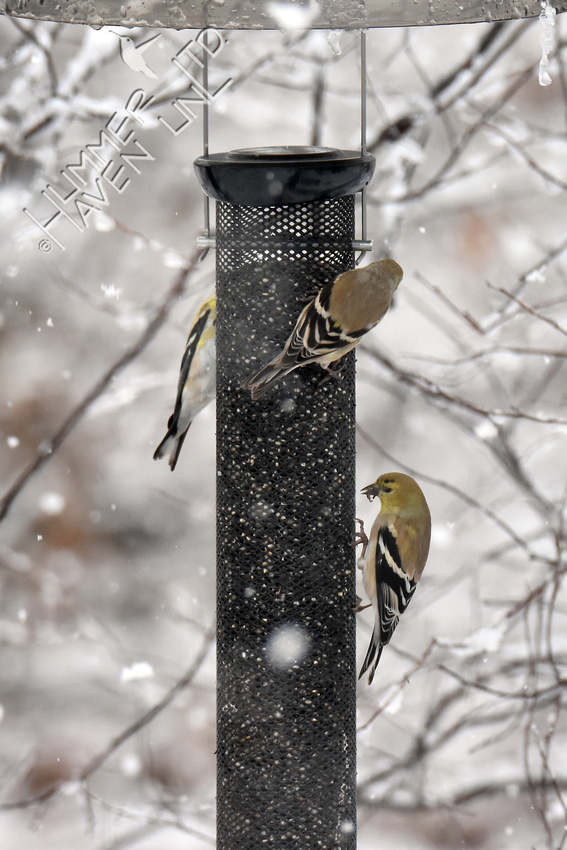 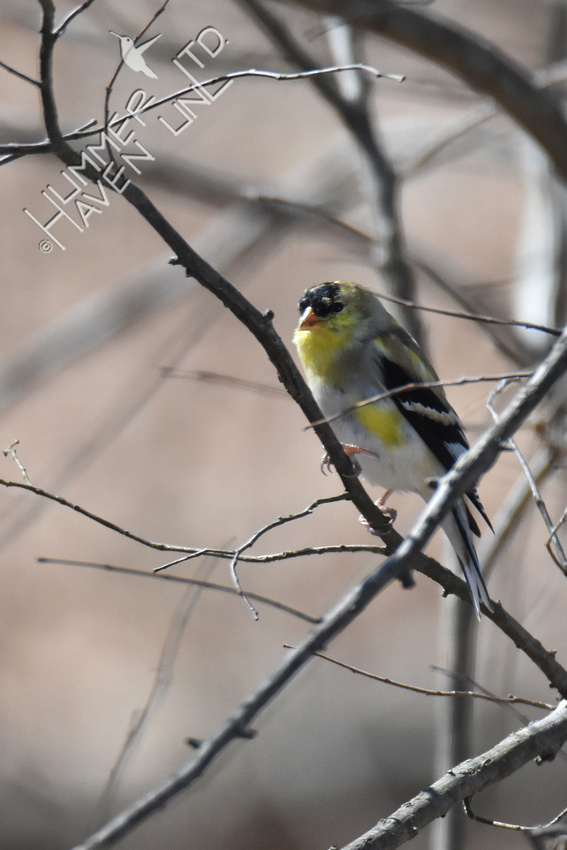 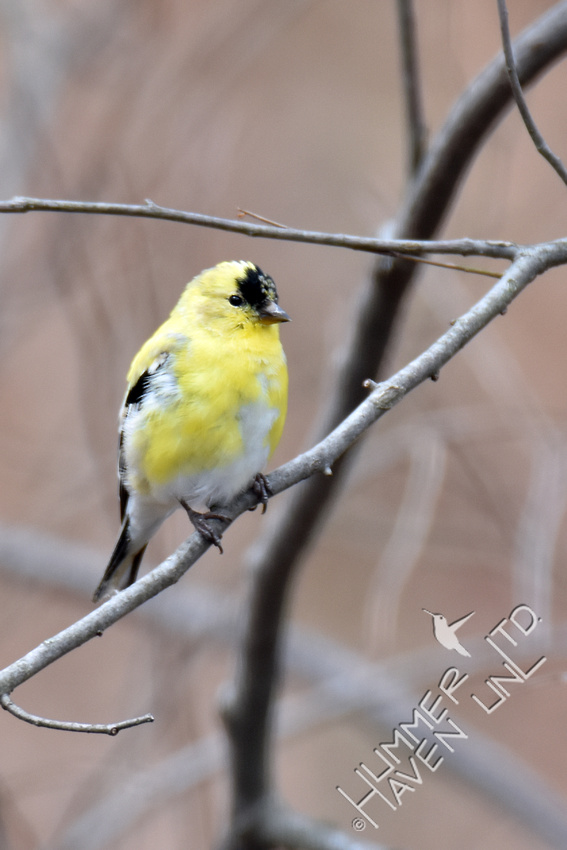 This time of year we're on the cusp of two seasons as winter turns to spring and birds are moving around the area. A pair of Pine Siskins returned on Wednesday, 3-21-18 and the pair have been seen sporadically since then. 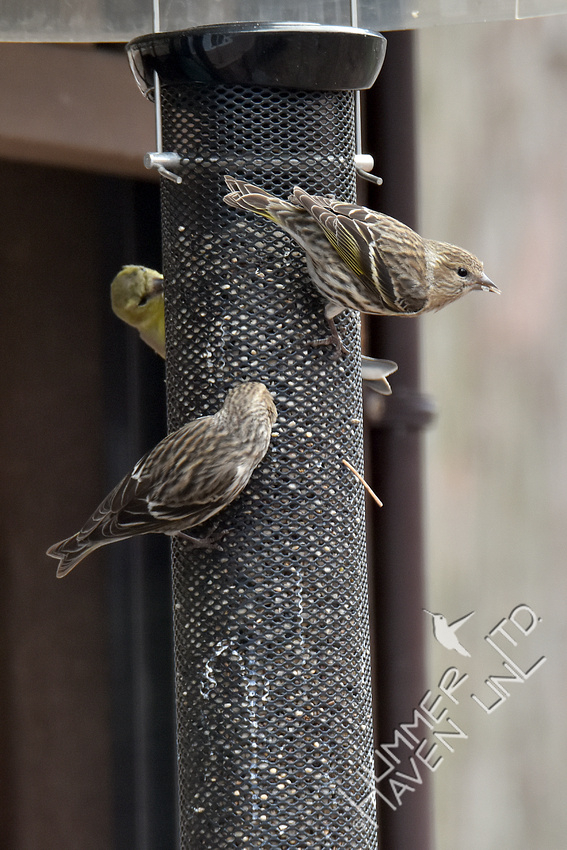 A couple days earlier, we had 1.75" of rain and I was working at my desk on another project. I saw my FOY (first of year) Eastern Phoebe land in the north Sugar Maple, pumping its tail and shaking off the raindrops. It flew through the garden and then I lost sight of it.  The day that I saw the Pine Siskins, the phoebe was back again, fly-catching in the garden. I saw it land on a boulder and just as I squeezed the shutter release, it took off. It was moving about quickly, landing in several small trees and flying down to grab insects emerging from the layers of leaf mulch. 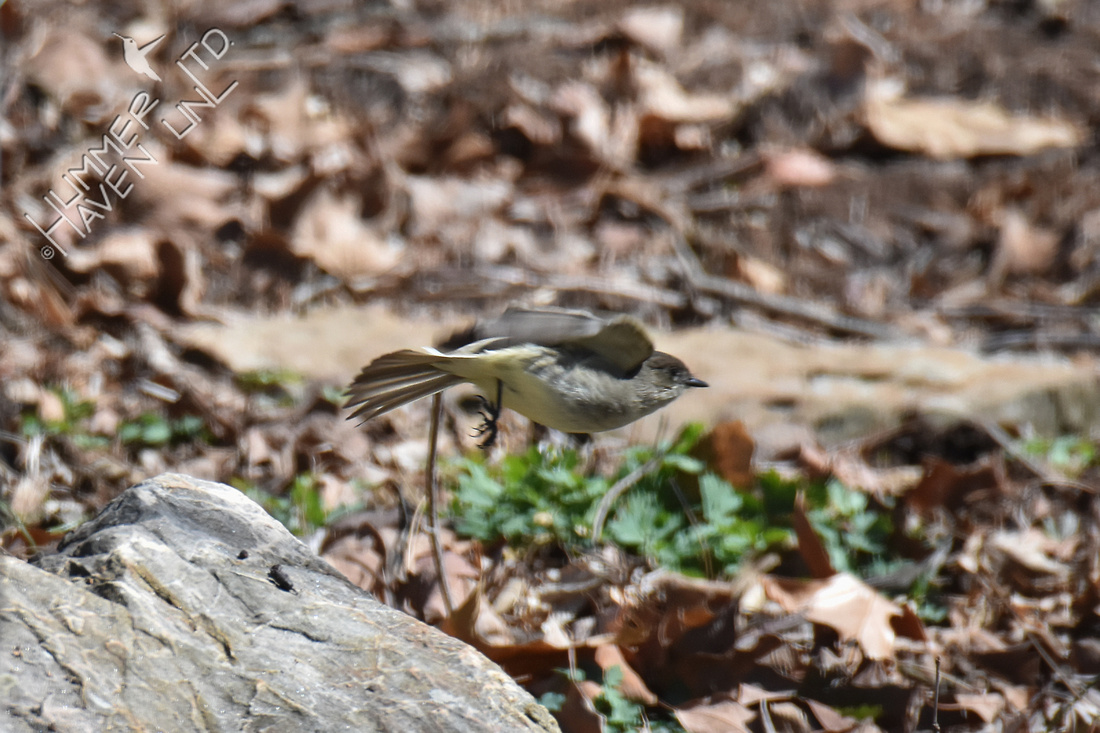 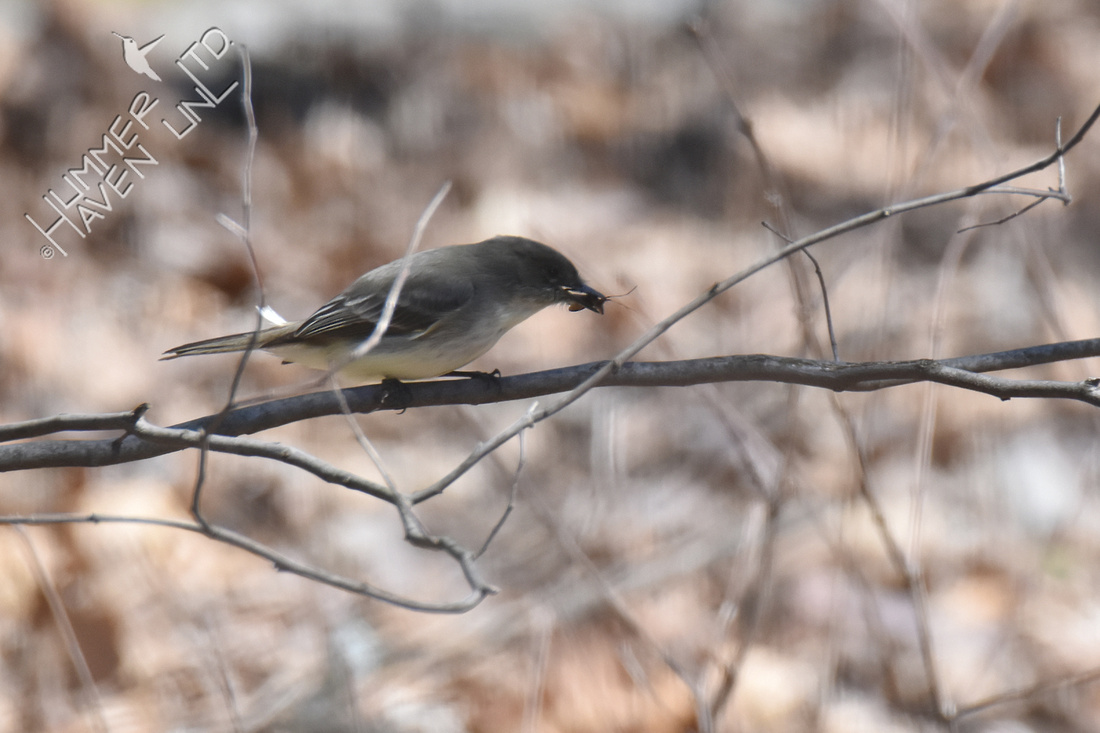 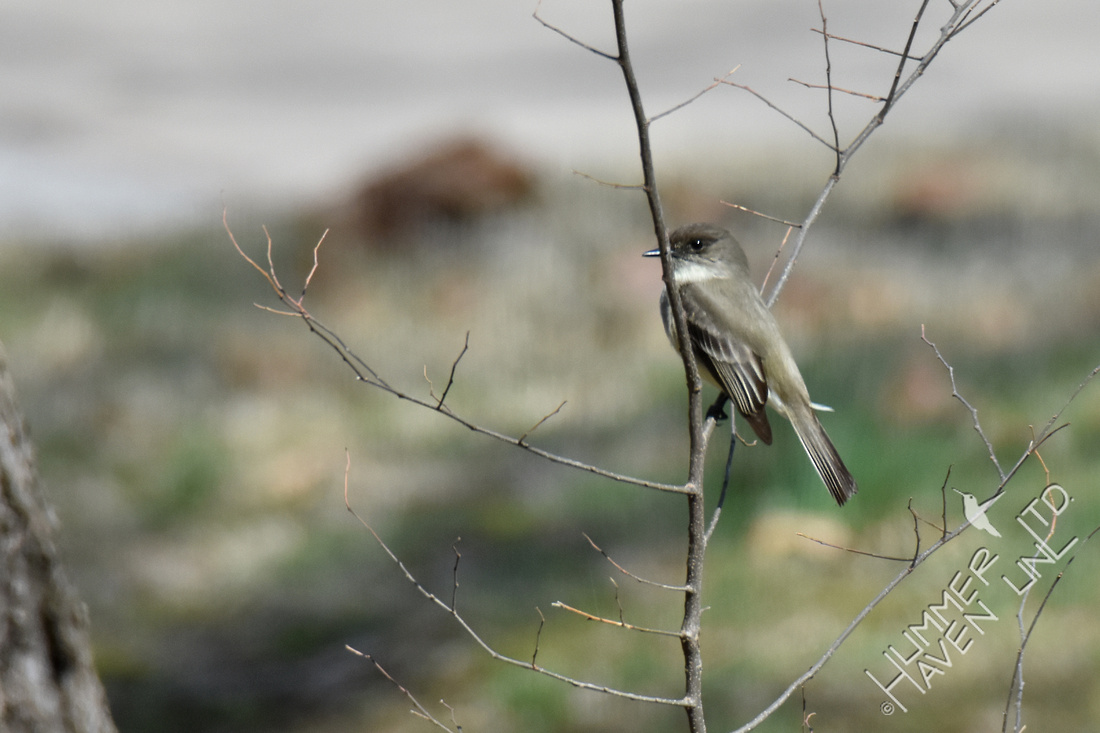 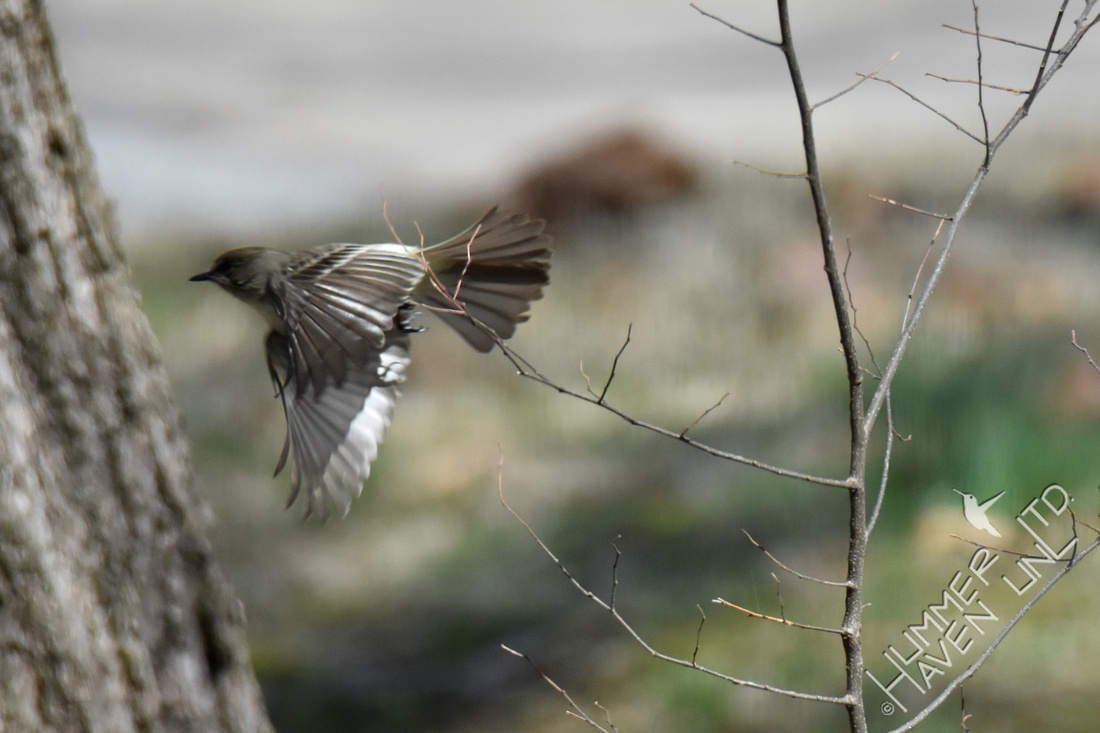 A Hairy Woodpecker was also looking for insects the next afternoon. It spent quite a bit of time hammering at a decaying log which was harboring flying ants and small larvae. Their eyes are so expressive. 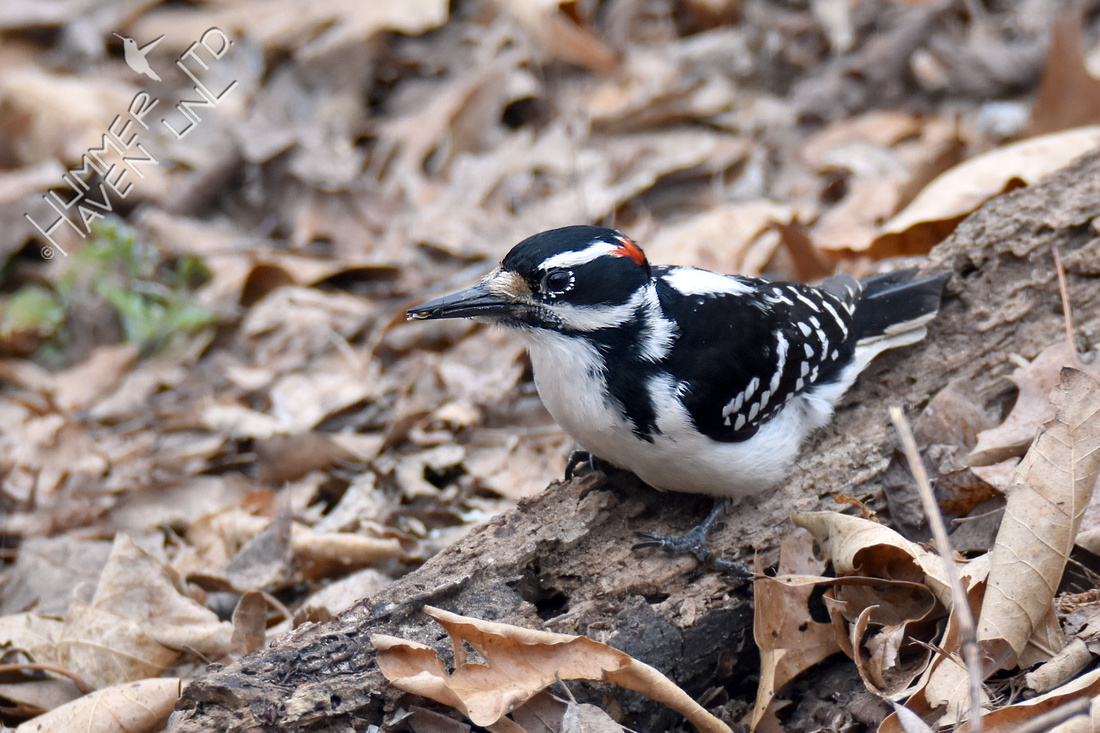 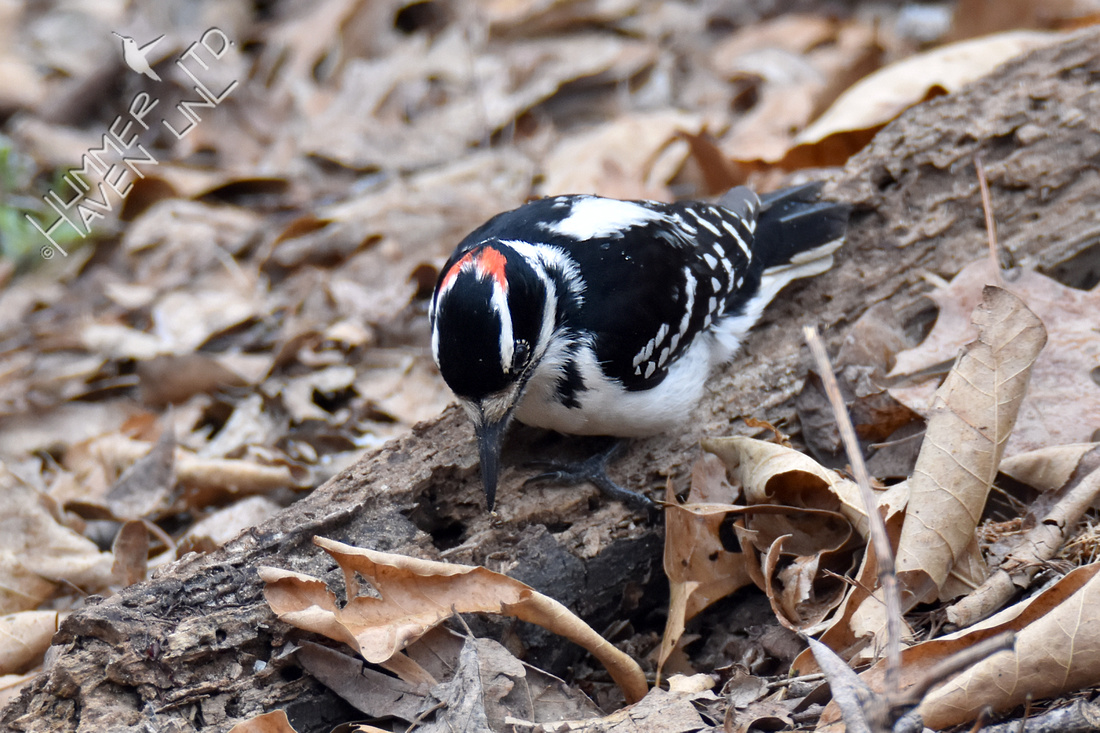 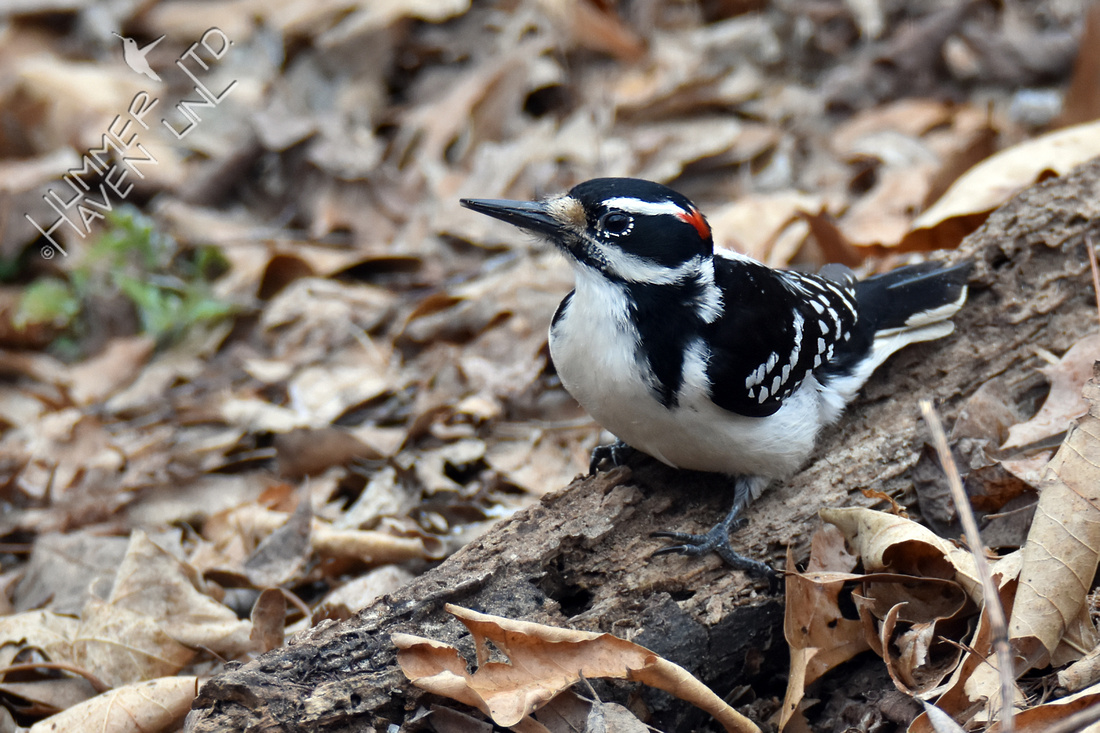 We've both seen a bit of activity at the Red-shouldered Hawks' nest. I waited 30 minutes for one to come back on Sunday with no luck. Perhaps they're still warming up to the idea in this dreary weather, I thought. 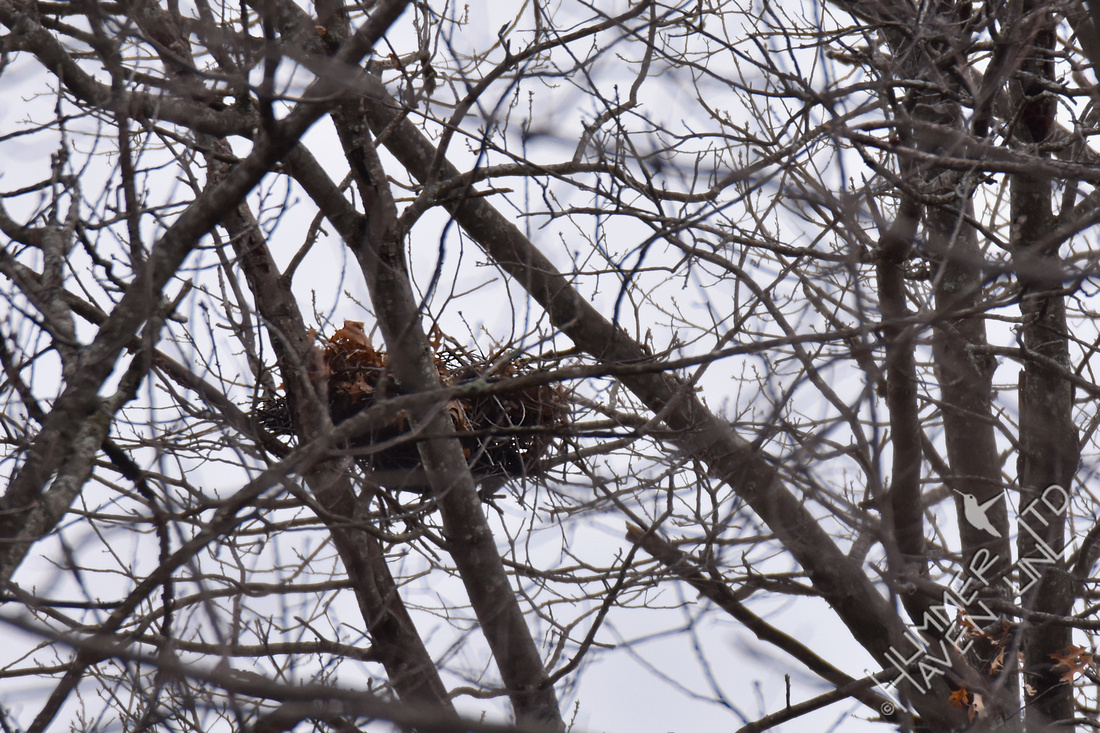 Well, I saw one of the pair fly into a white pine this afternoon. The bird looked about, then flew to an ash tree to meet her mate when he called "kee-yer, kee-yer" to her.  All of the following photos were taken within six minutes. 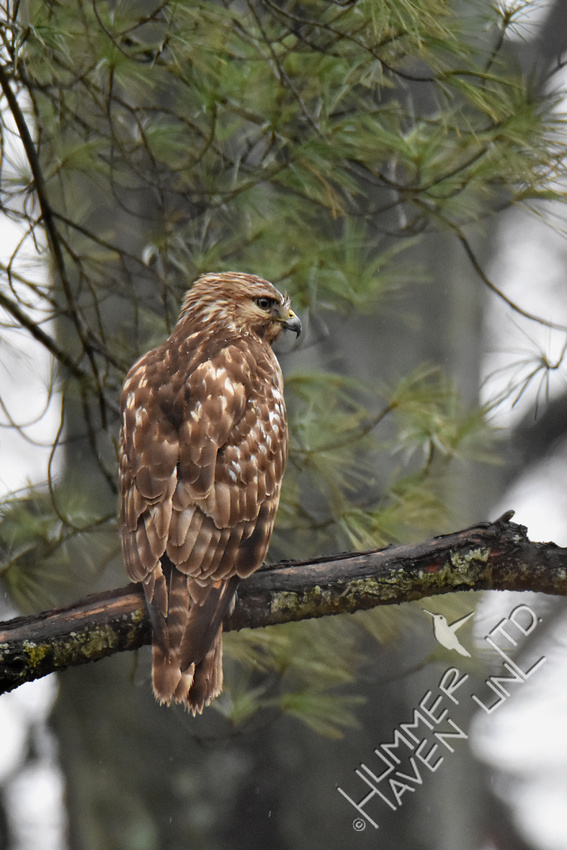 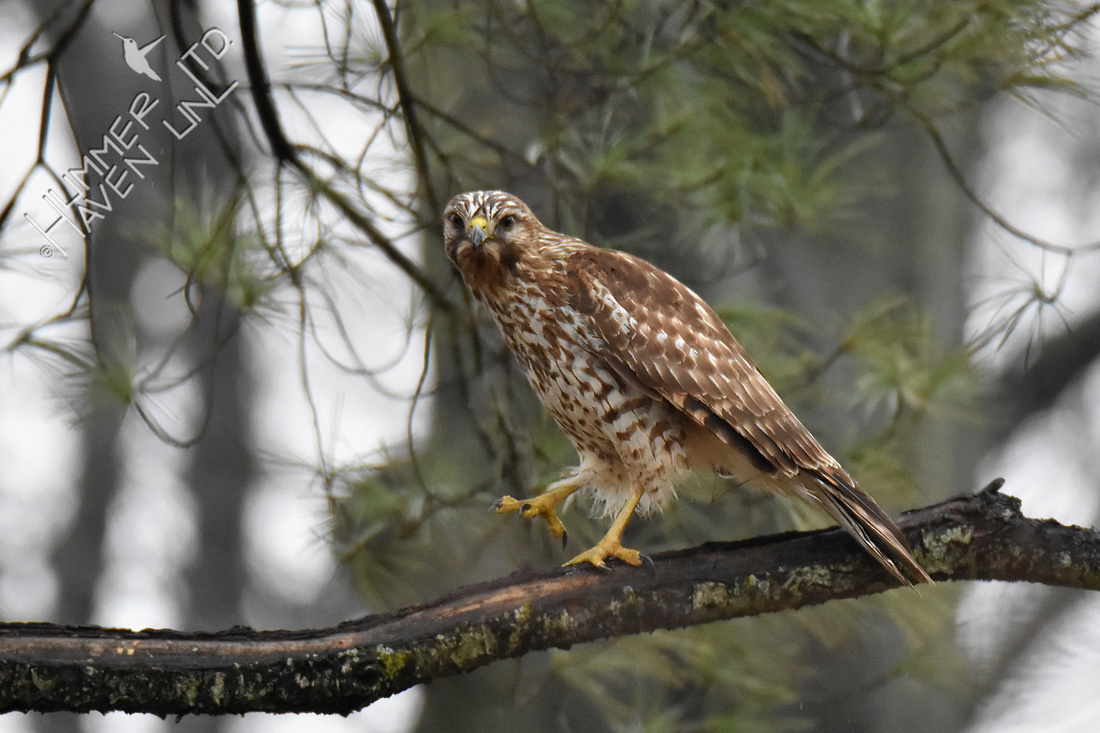 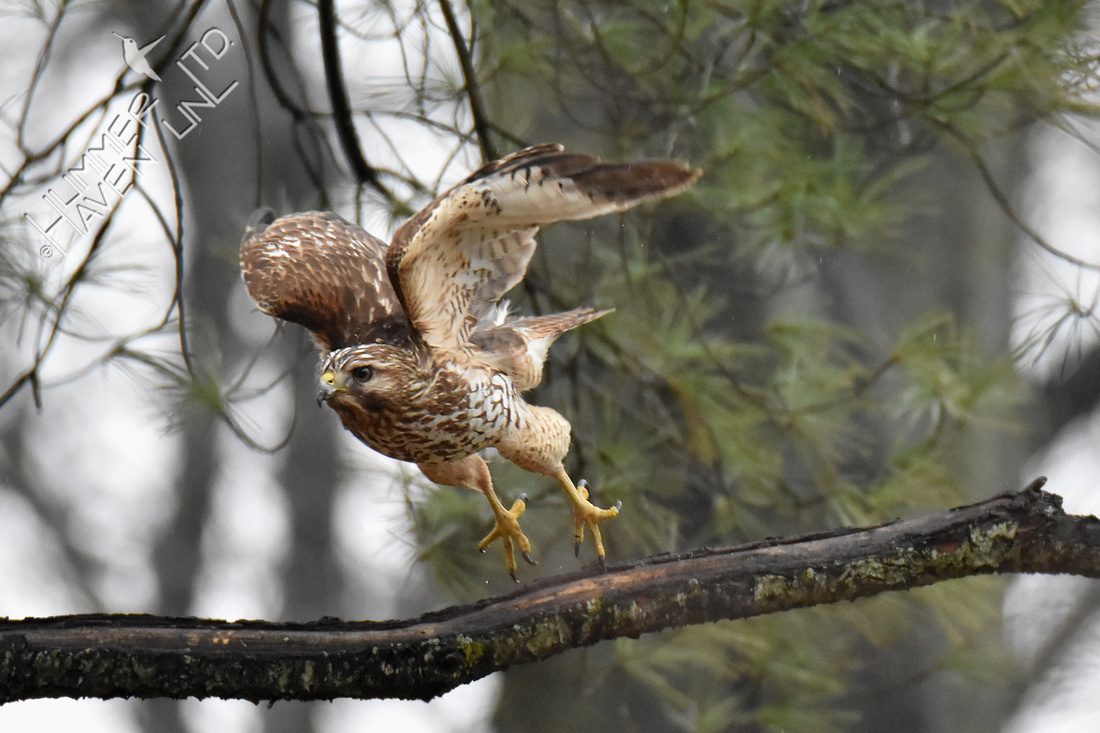 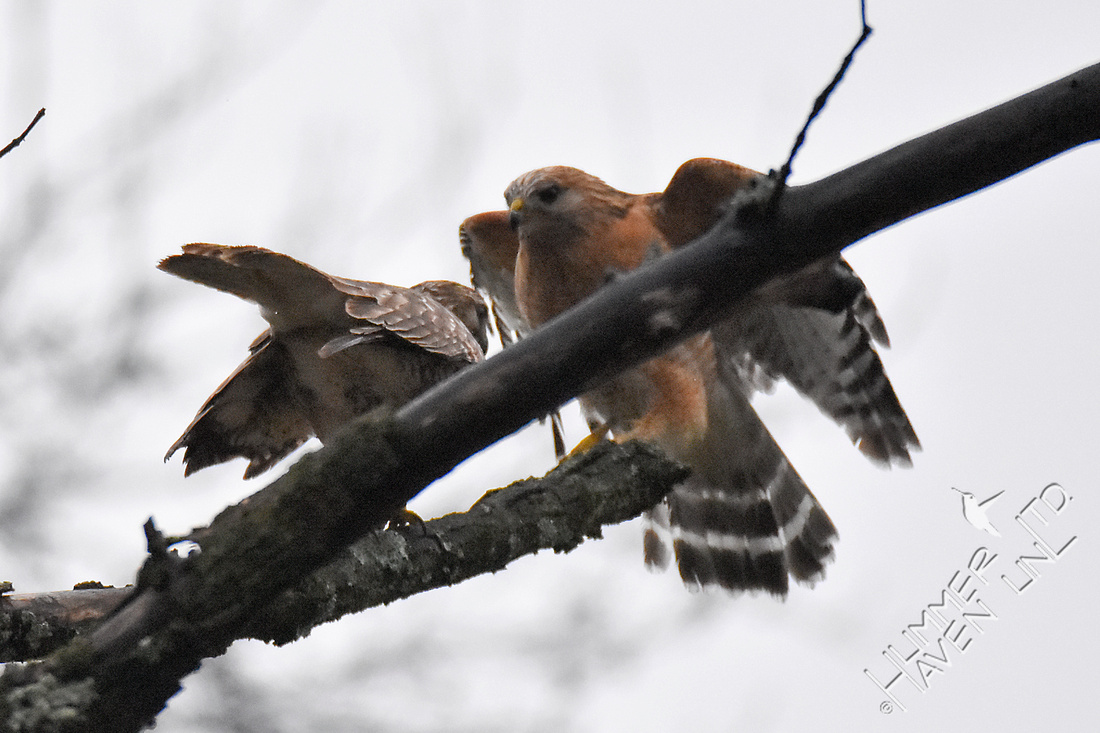 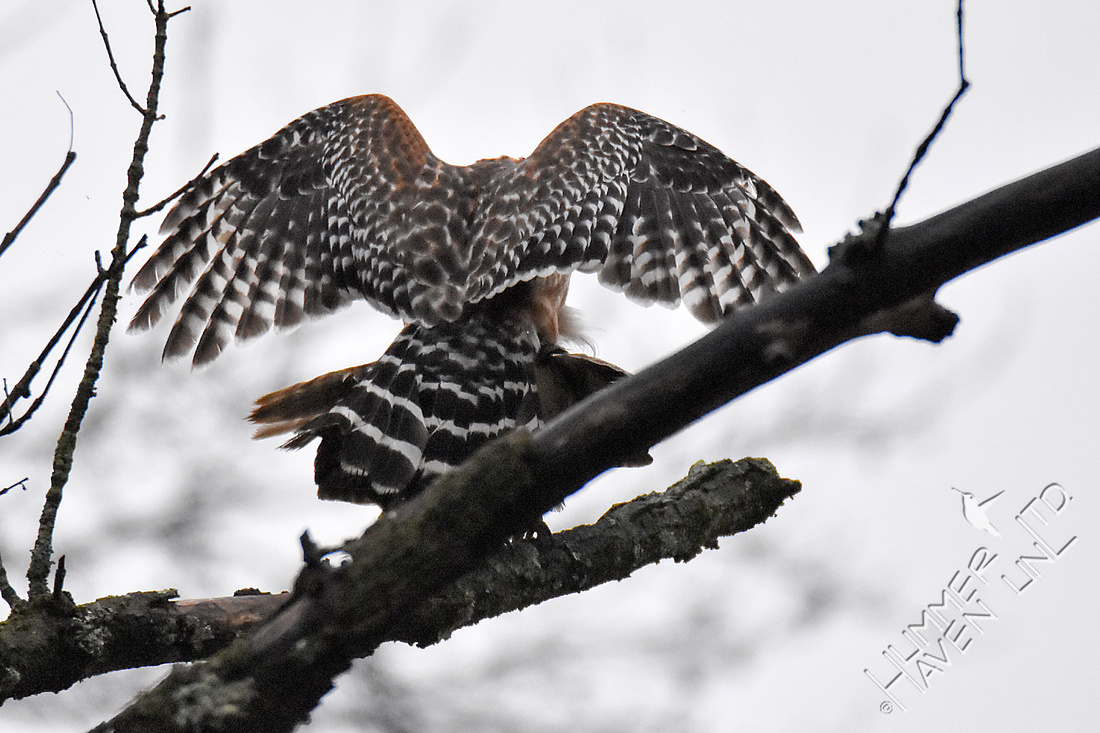 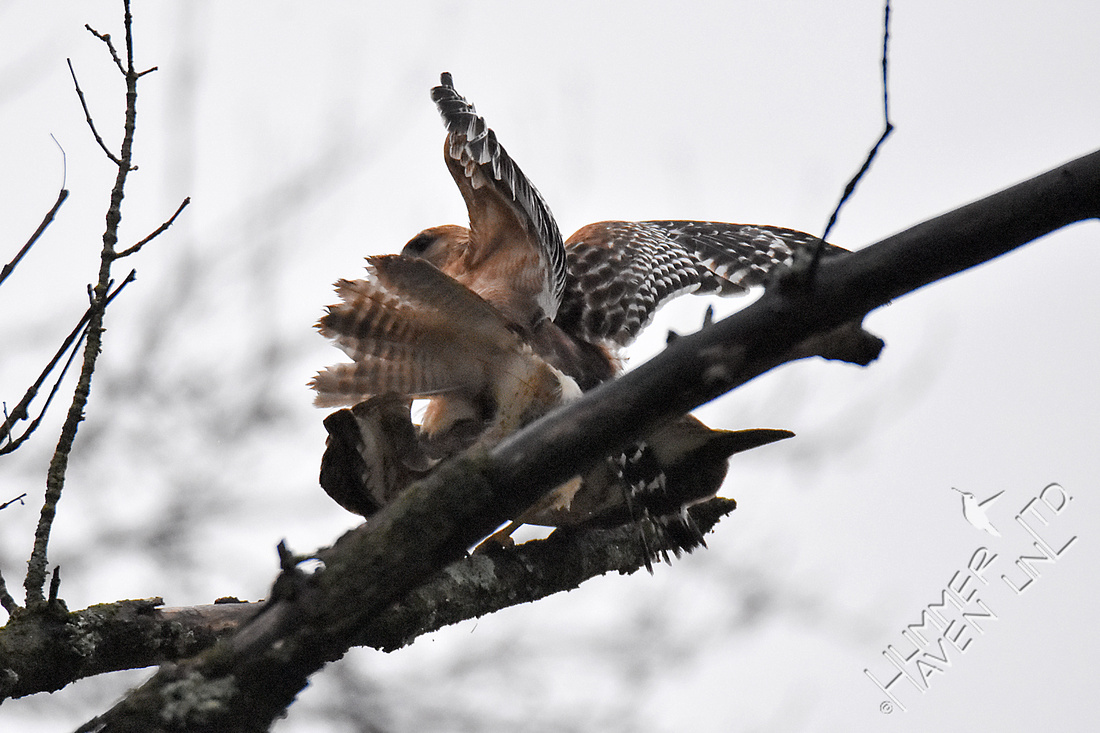 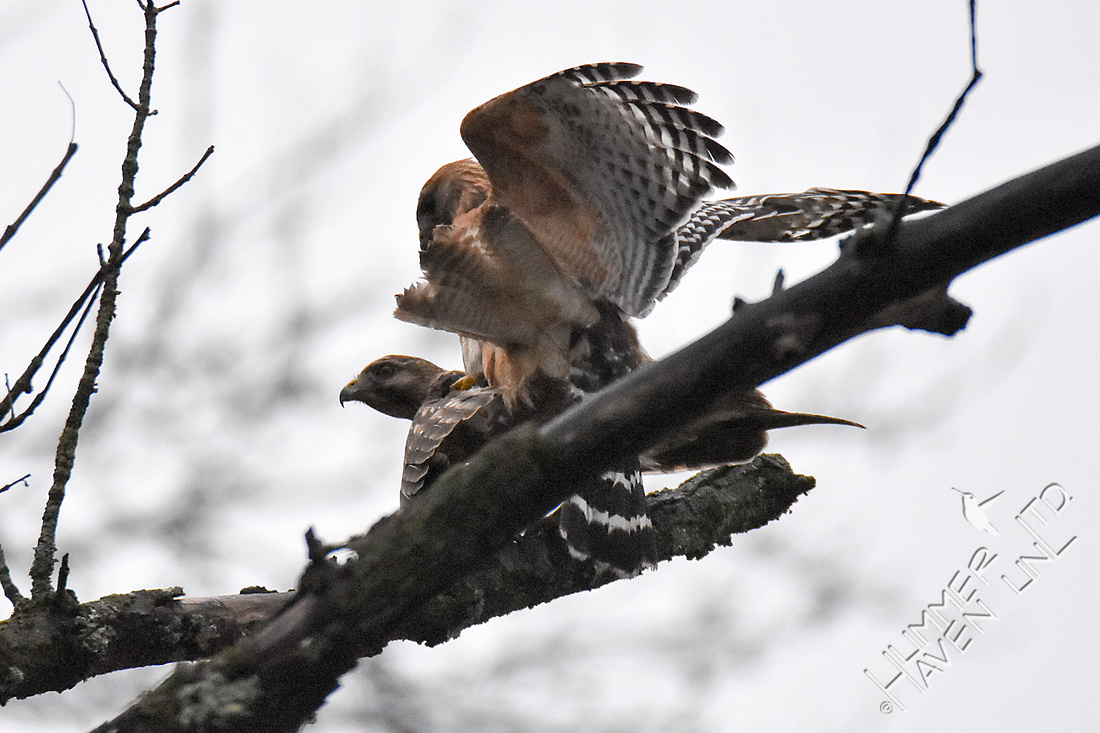 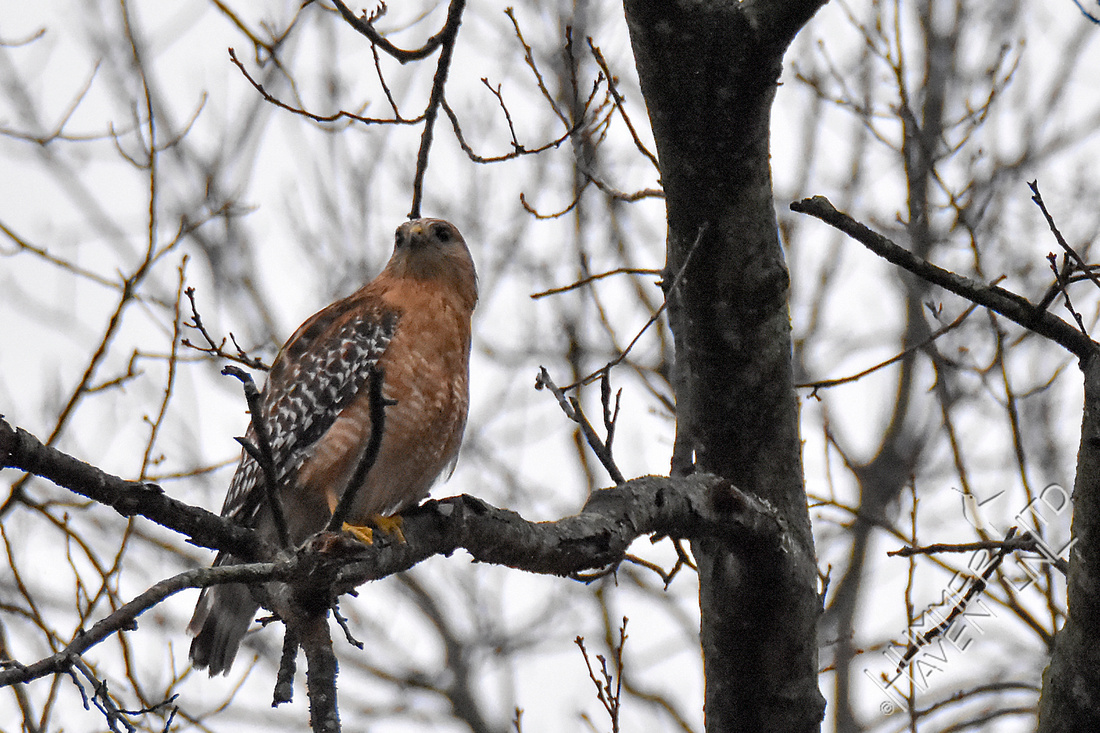 The act was swift and a hopeful promise of life to come. Yes, there are definitely signs of spring!

For more information about the hawks:   Red-shouldered Hawk

Hummer Haven UnLtd.
Connie and all,

The nest box is something we made per these instructions: