The last week of October brought a few opportunities to be outside with the birds. A Hermit Thrush has been around though it has been a challenge to capture in good light. Finally, last Thursday it came a bit later in the morning. It is smaller than a robin and has that distinctive rusty tail. 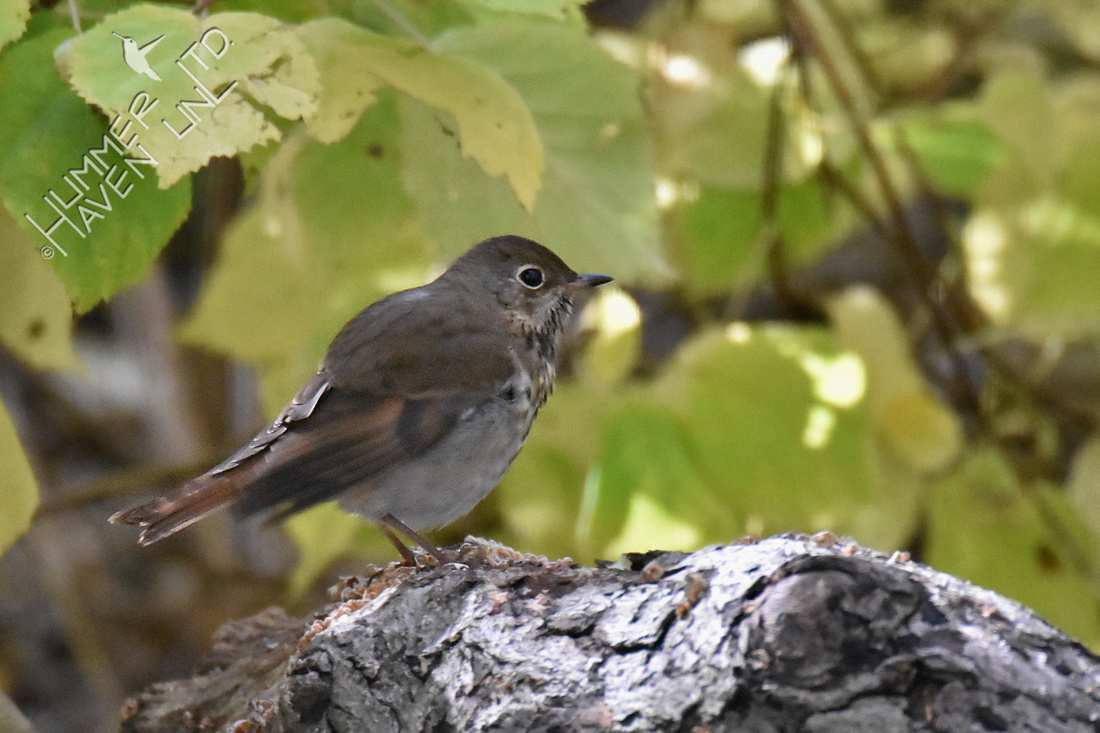 A bit later I was watching the feeder and a Red-breasted Nuthatch was coming to get seeds from it. I went outside and realized there were two of them, one coming in from the left and one from the right. At the same time, a third one stopped a moment at the bubbler and a fourth was foraging in a leaf cluster! That's a record, a 'jar of nuthatches'!

(There are different collective nouns for different species of birds and other animals. A 'murder of crows' or a 'pride of lions' are other examples.) 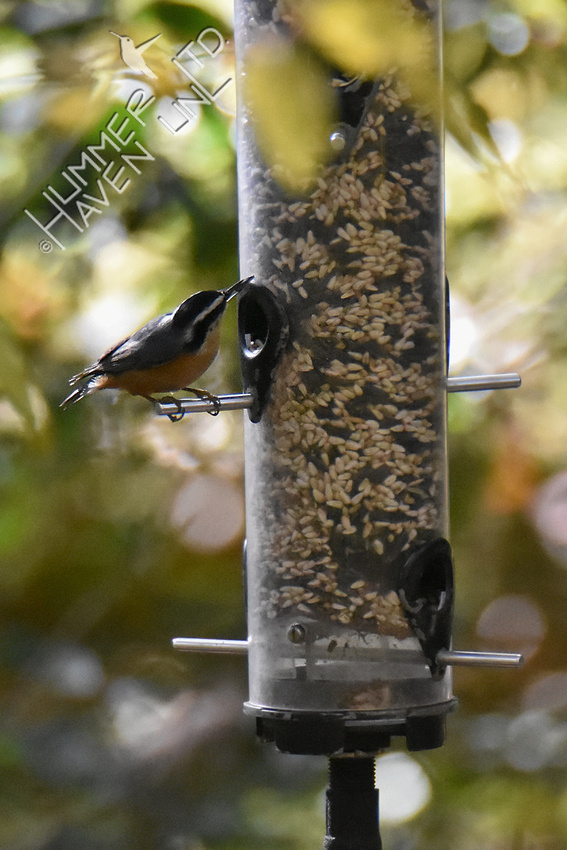 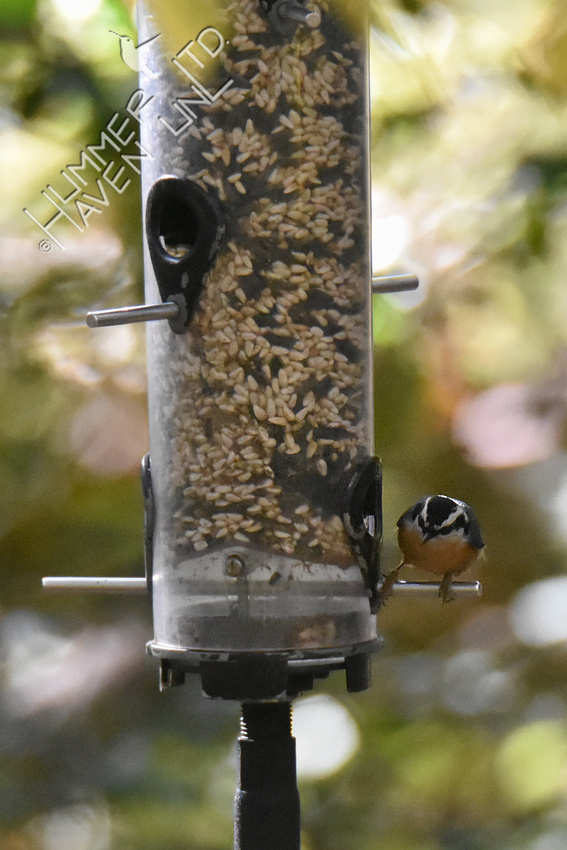 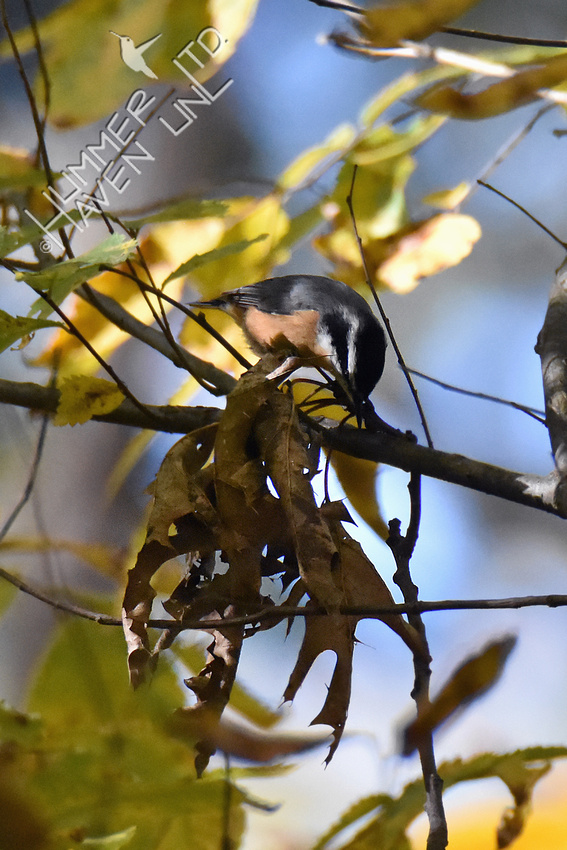 I took advantage of the nice morning and took in all the sounds and sights. It wasn't long before I spotted a Winter Wren, another new species for the year, #112. The wren was finding its breakfast, tiny insects in the logs and leaves. 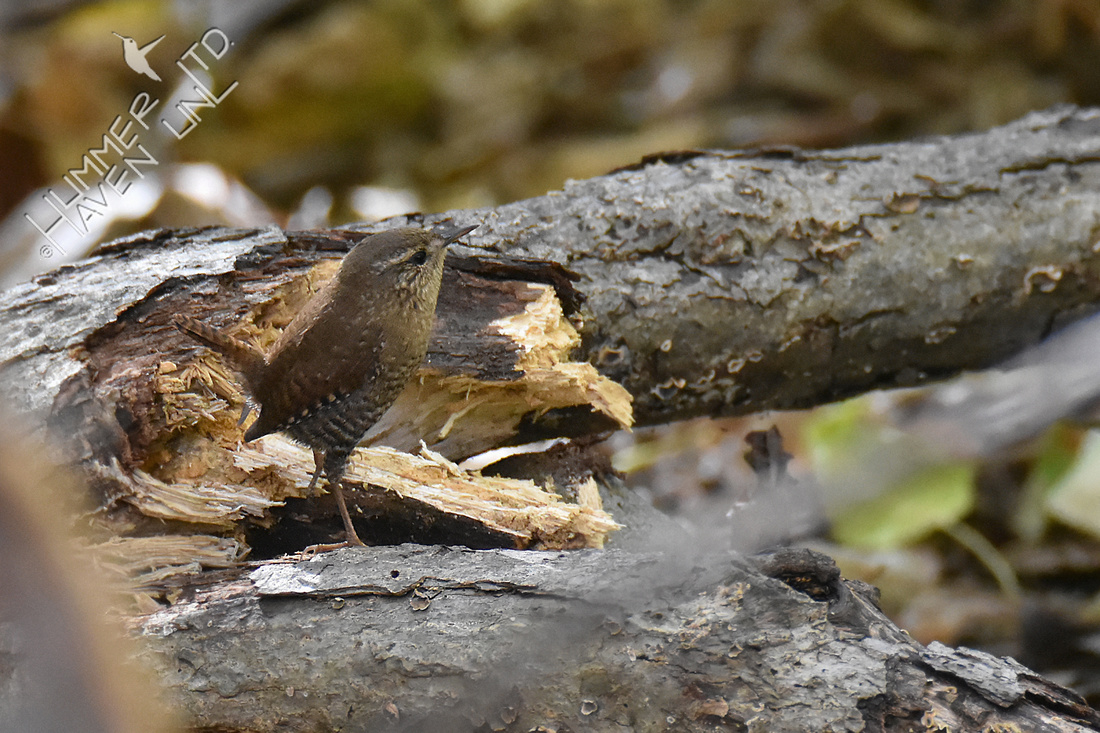 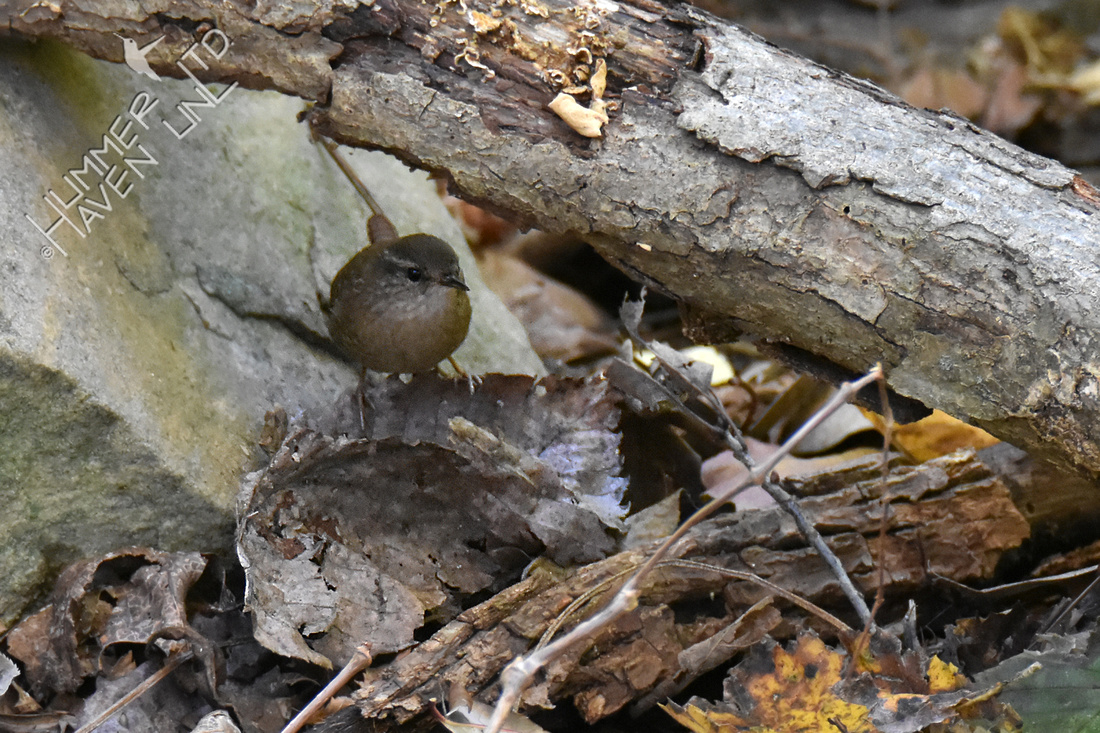 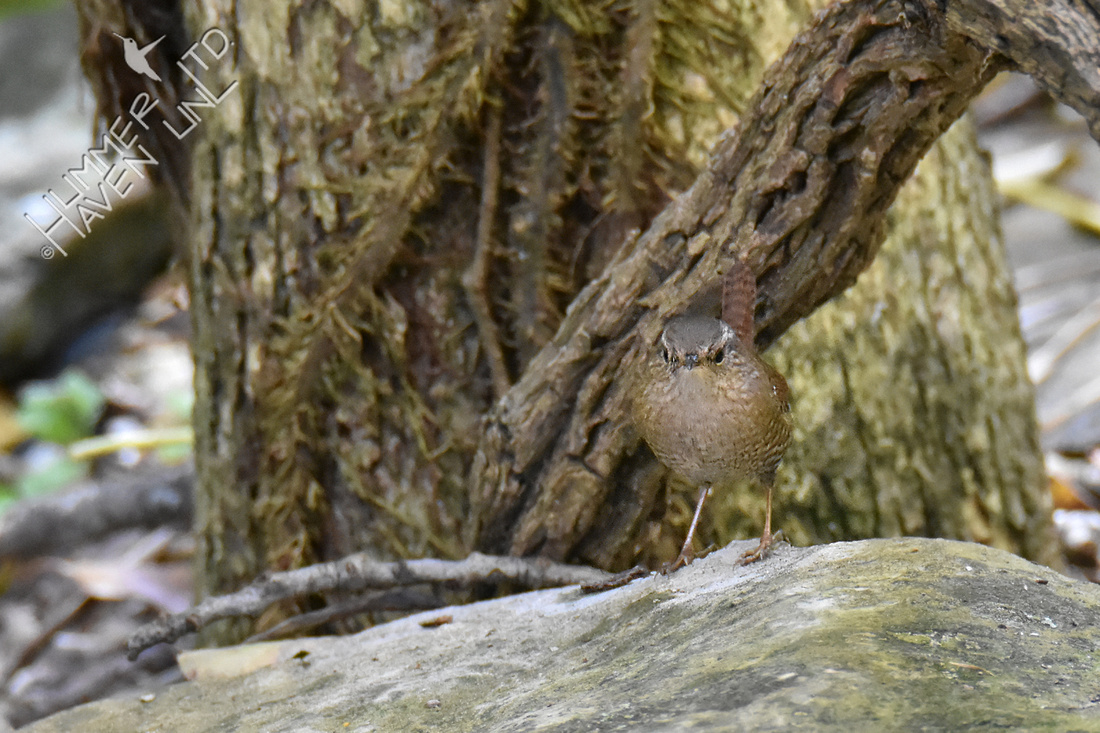 A White-breasted Nuthatch worked along the tree trunks, spiraling down and around to nab microscopic larvae. 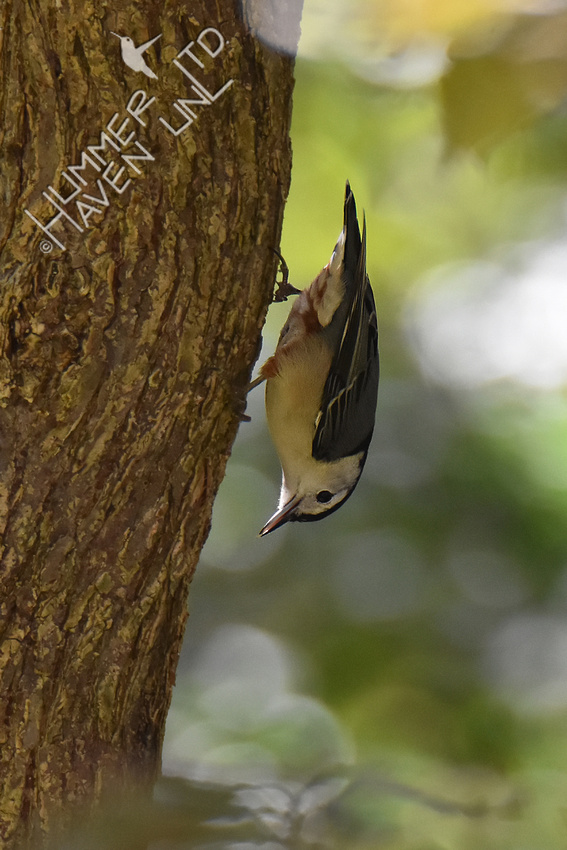 An American Robin came to drink but was wary. There seemed to be suspicion of a hawk lurking nearby and the birds cleared out to find cover. 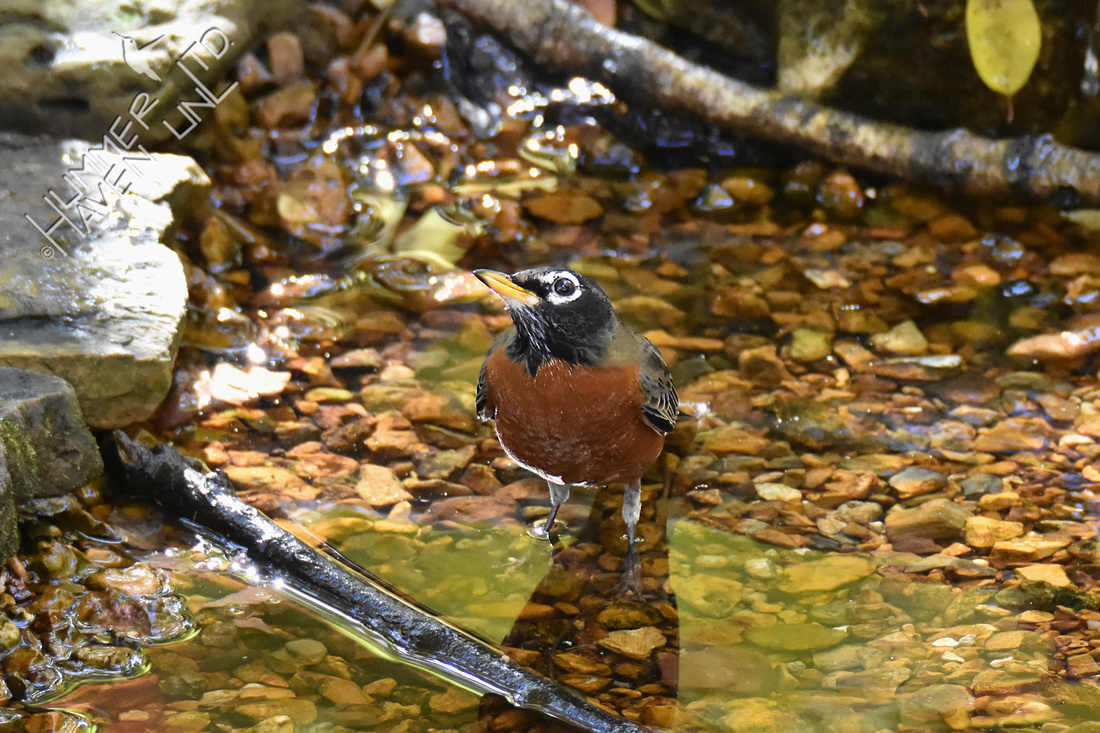 It was quiet for most of the afternoon. Around 4:30, I looked out to see not just one, but two Hermit Thrushes bathing! 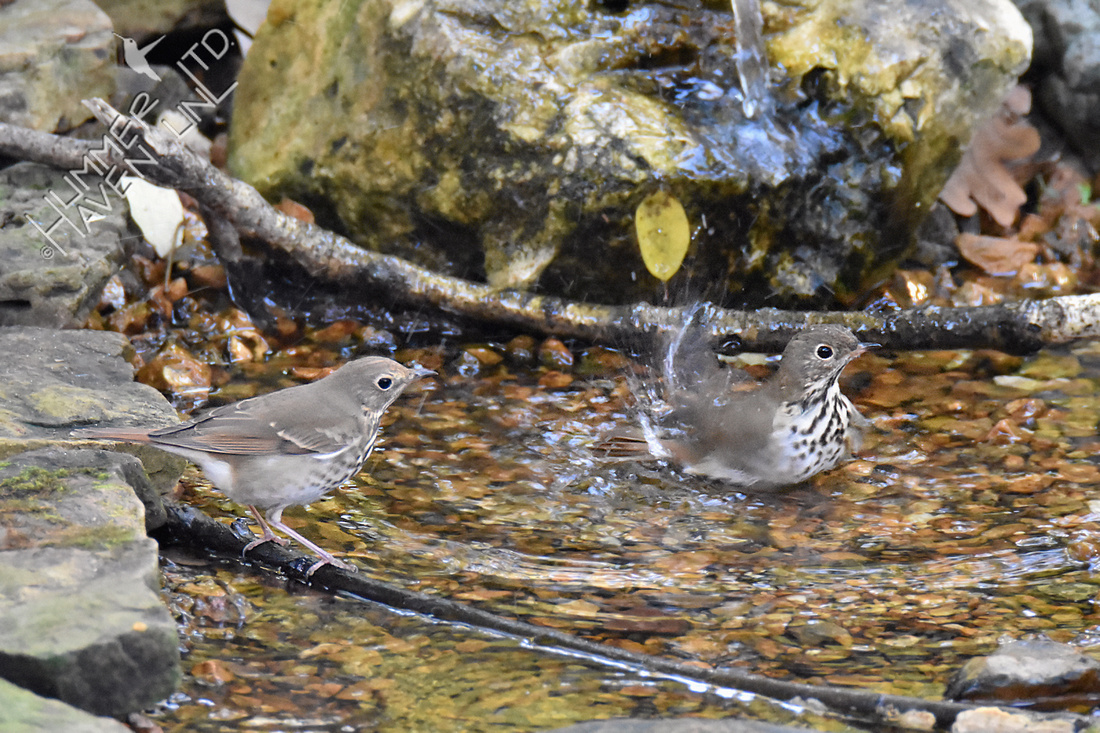 The Ruby-throats have not been seen since 10-16-18, though others have seen a straggler. They're usually all gone by now but we keep one feeder fresh and ready for now is the time when a rare hummingbird may show up. Downy Woodpeckers will take advantage of the situation. 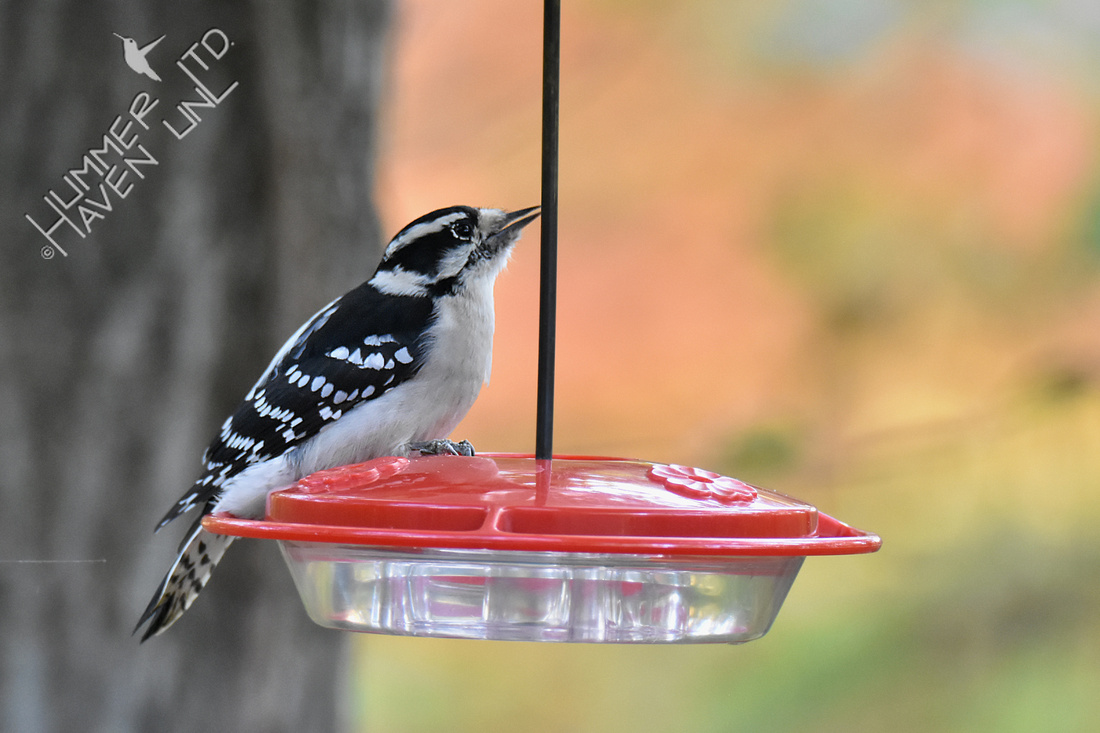 We had some early Trick or Treaters for Halloween, in very convincing costumes!

Yes, October ended with rain and November began with a raw, drippy day. A day like this reminds us all of harsher days to come before Spring arrives again. However, birds that stay with us are built to handle it, gaining 40% more downy feathers to help them cope with Old Man Winter. This resting Northern Cardinal set the mood for the day. 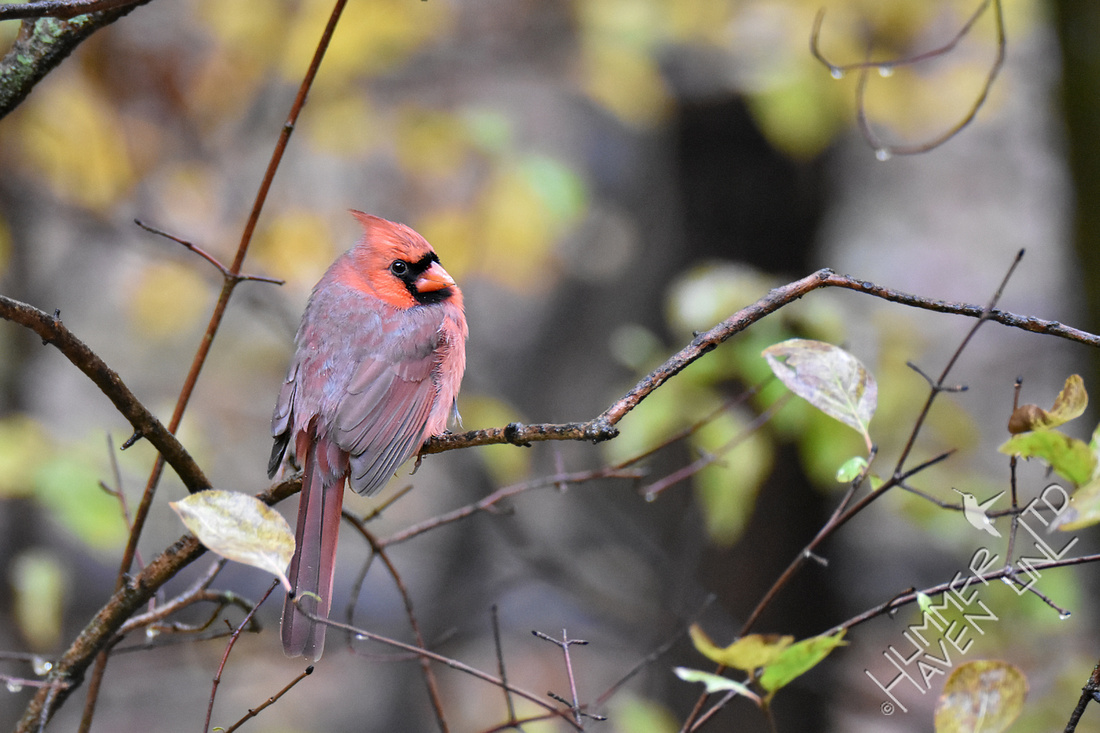 The feeders were very busy, birds constantly coming in for a seed and taking it to a perch or to cache it in a secret place. 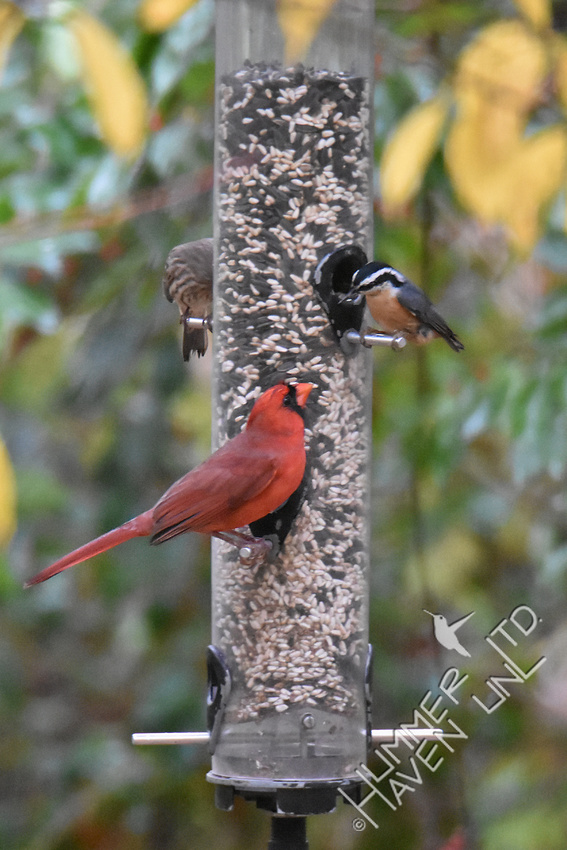 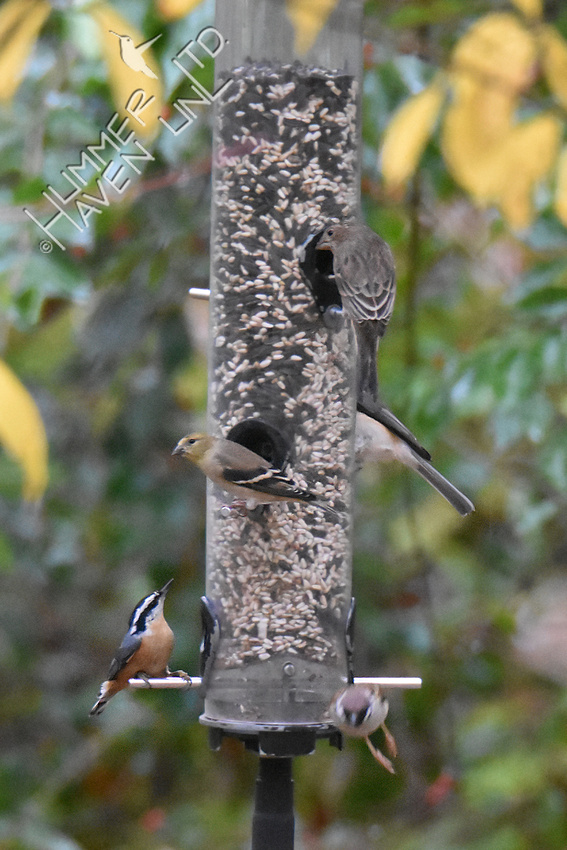 The next afternoon, it was sunny enough to encourage a flurry of activity at the bubbler again. A Hermit Thrush was soon followed by a Yellow-rumped Warbler and a pair of Dark-eyed Juncos, newly arrived. 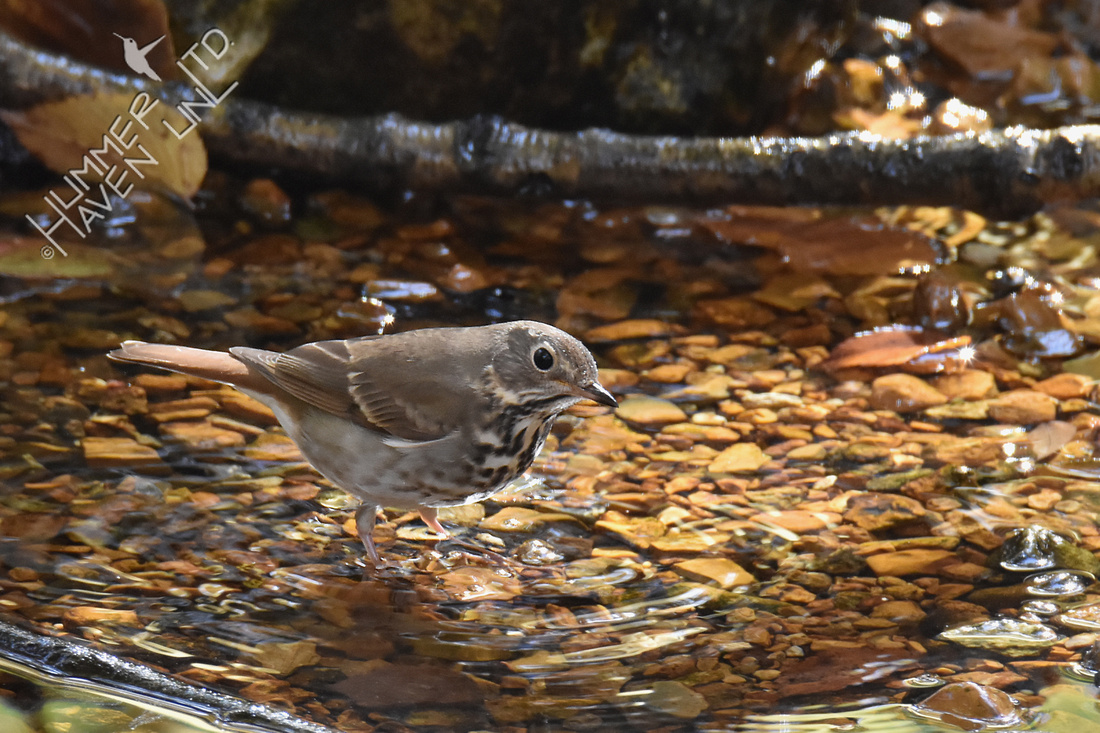 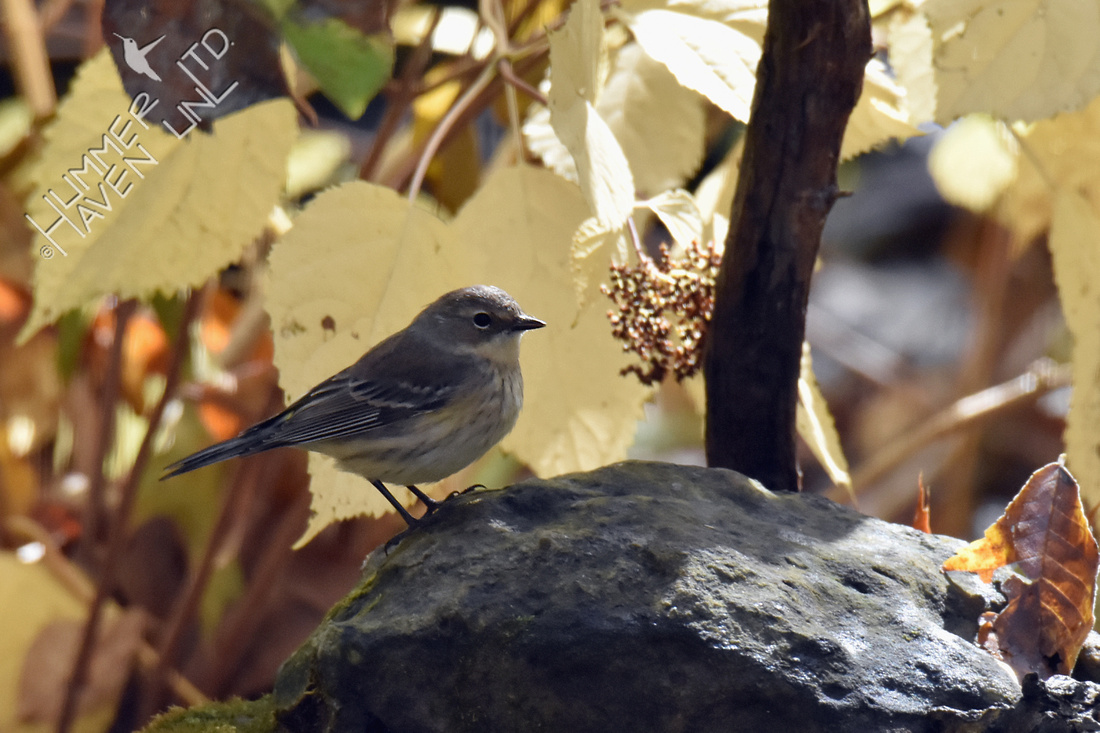 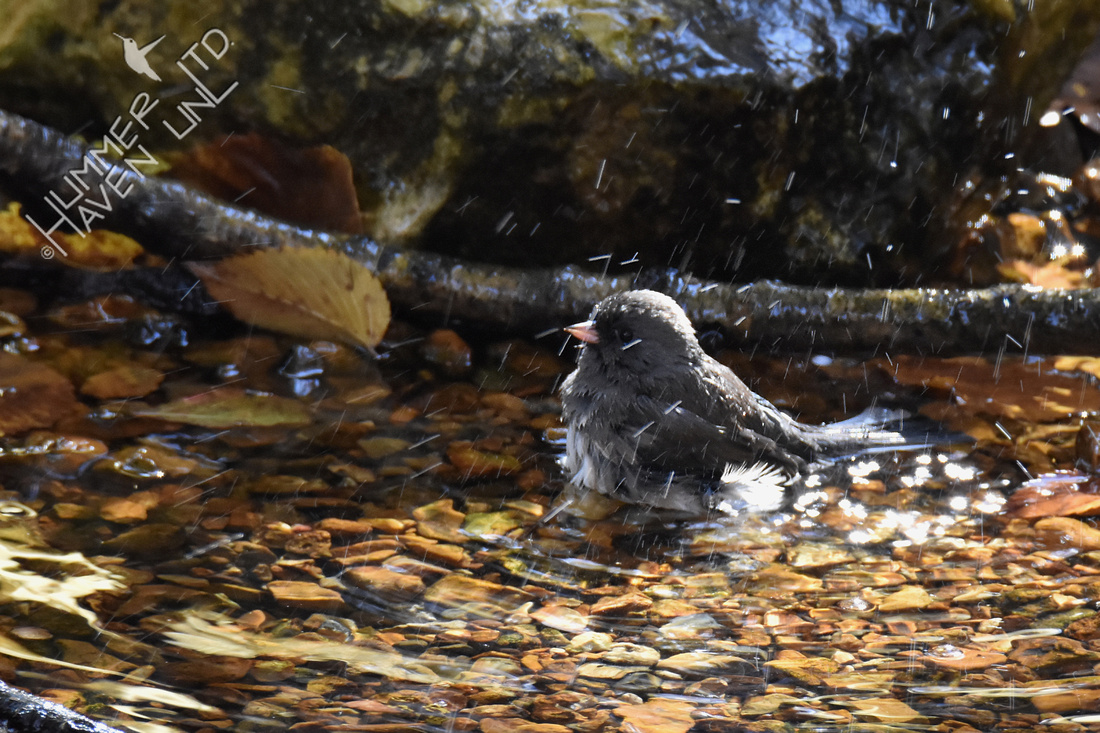 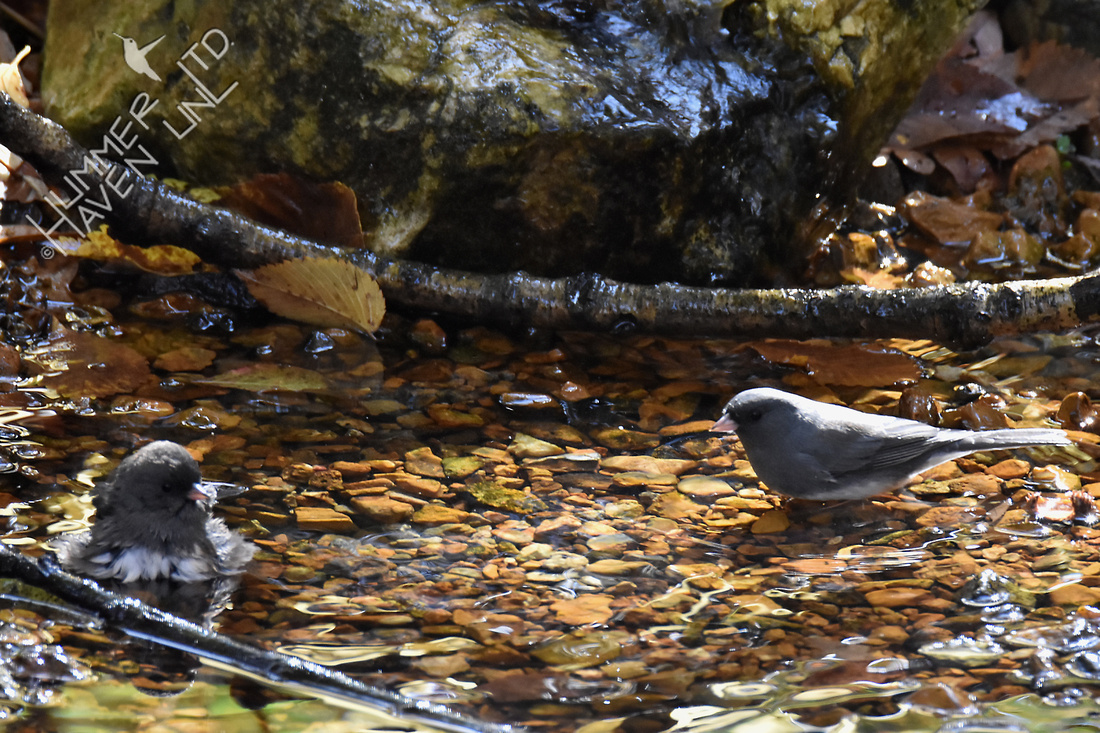 Dark-eyed Juncos, aka Snowbirds are here and the forecast now has that four-letter word, SNOW, in it for later in the week. I'm not ready!