There was an article in our local Webster-Kirkwood Times about the managed bow hunt for white-tailed deer at Powder Valley Conservation Nature Area on the weekend of 11-3-18. Powder Valley Bow Hunt a Near Bust was the title. The hunt was three days long and eight hunters managed to get one doe and one ten point buck. They should have been here the following Tuesday, 11-6-18, it was Wild Kingdom! All day long, three bucks were in and out of our half-acre yard along with one doe. It was just a bit disconcerting to see these large animals, the alpha buck charging the other two, huffing and puffing, determined to keep its prize.

I'd barely sipped my coffee when the first challenger moved out from behind the black oak. That woke me up! 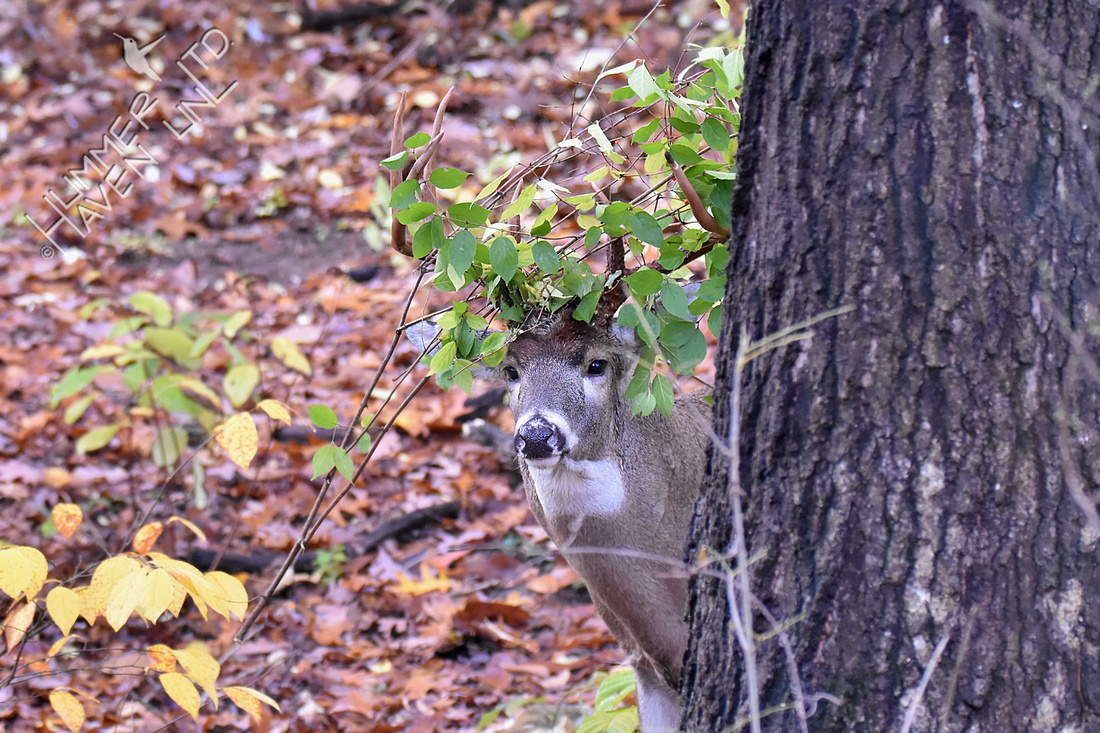 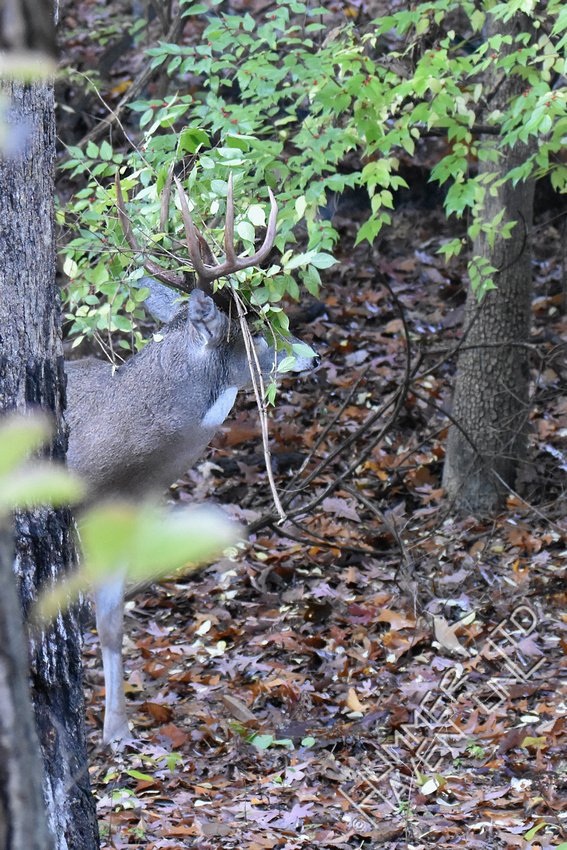 The doe stayed somewhat hidden near the neighbor's compost area, and eventually bedded down in their honeysuckle patch. 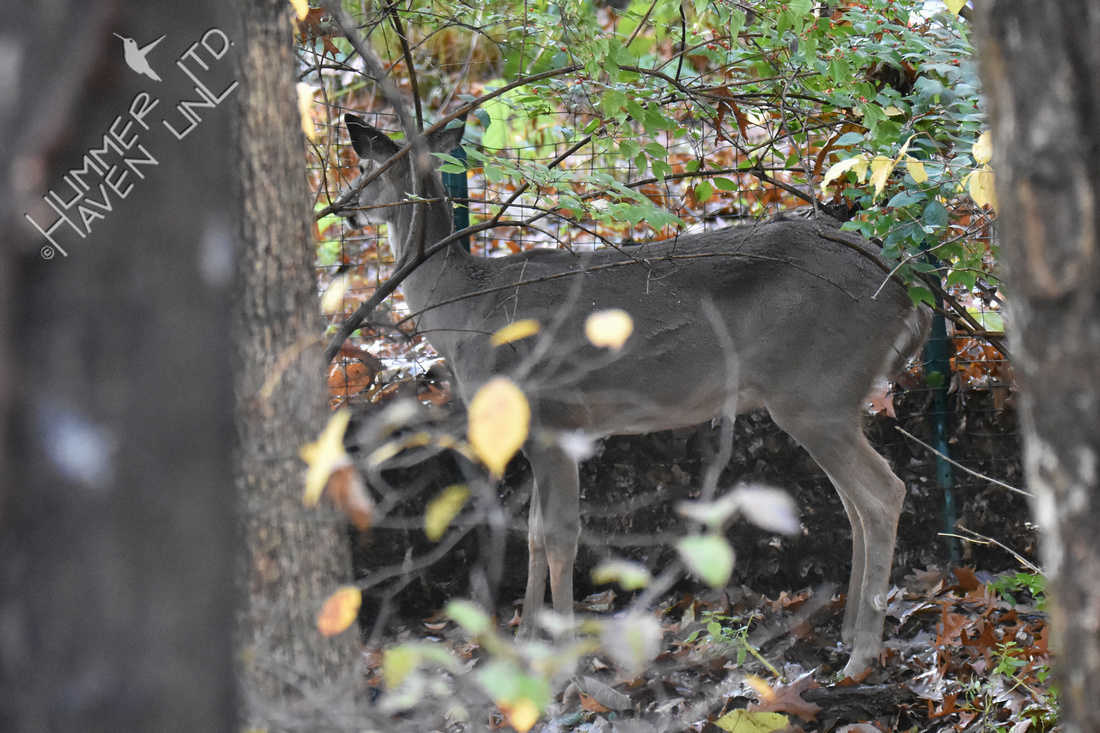 The largest buck was moving back and forth along the path, sniffing and charging to the west when a challenger appeared. Needless to say, the bird feeders were not filled that day! 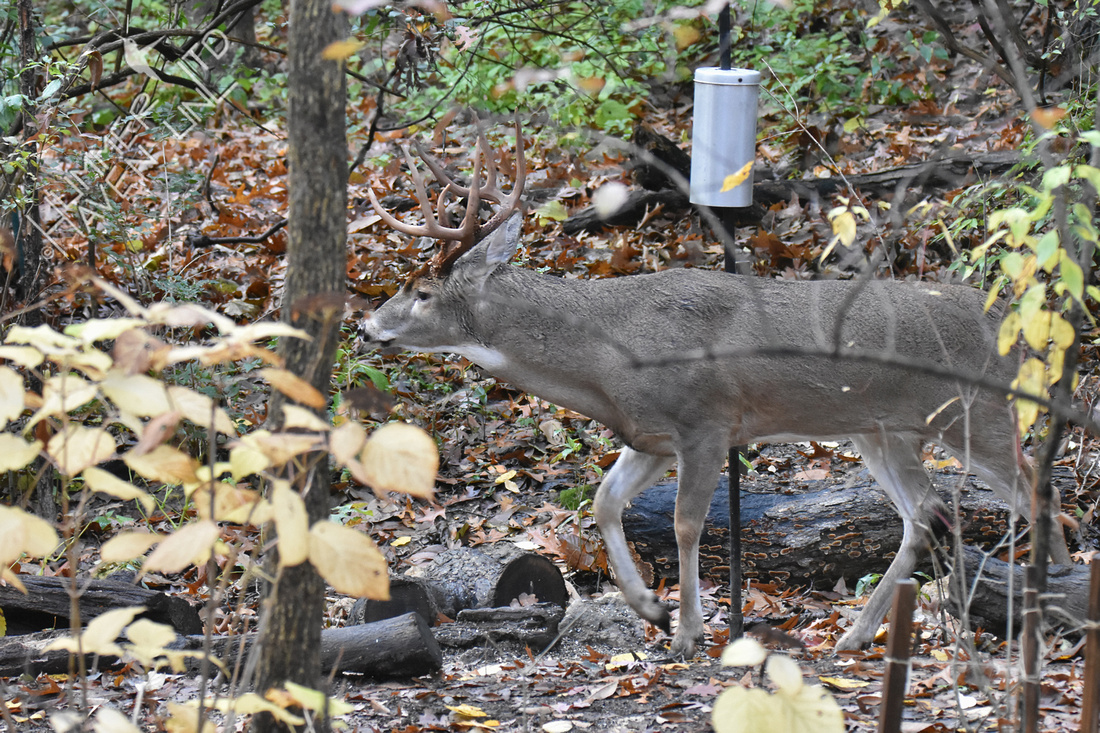 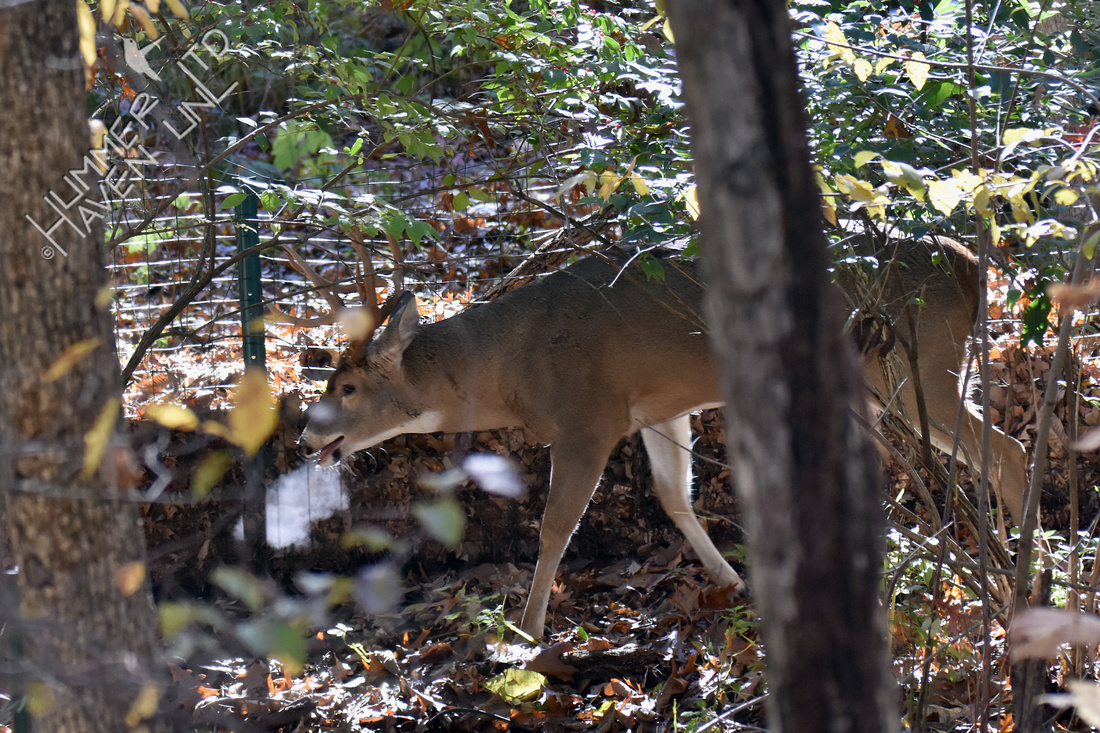 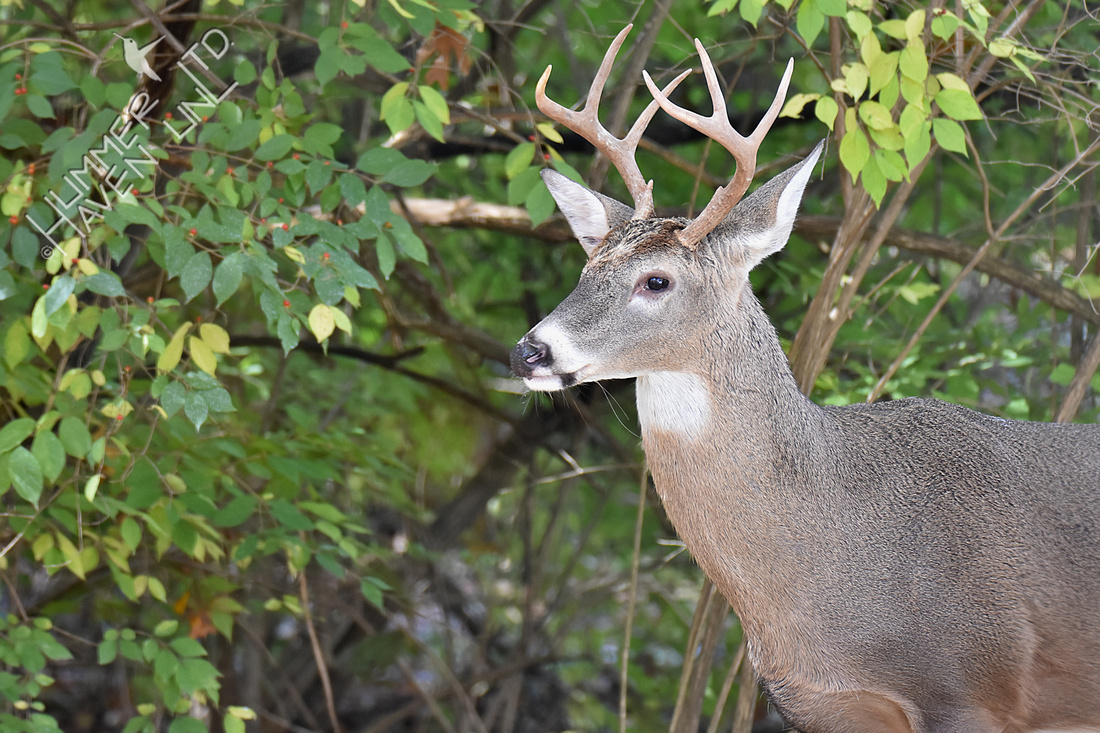 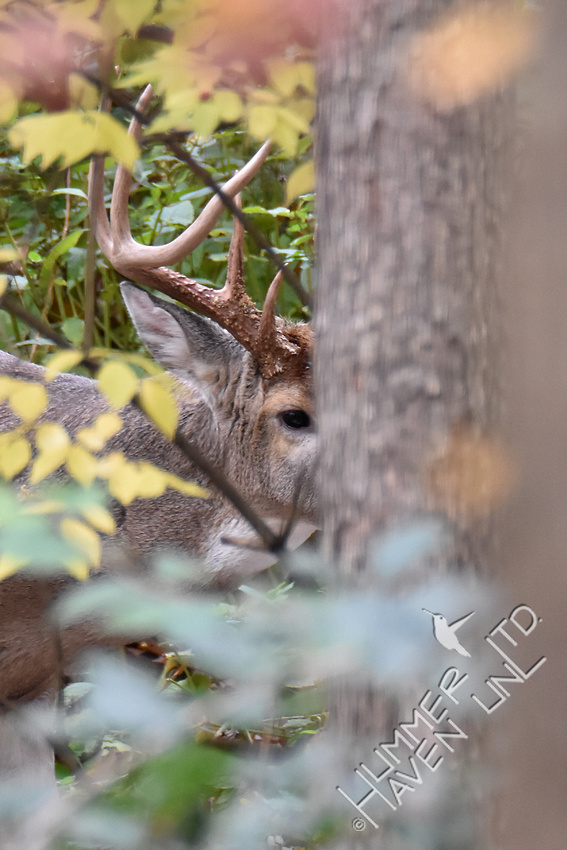 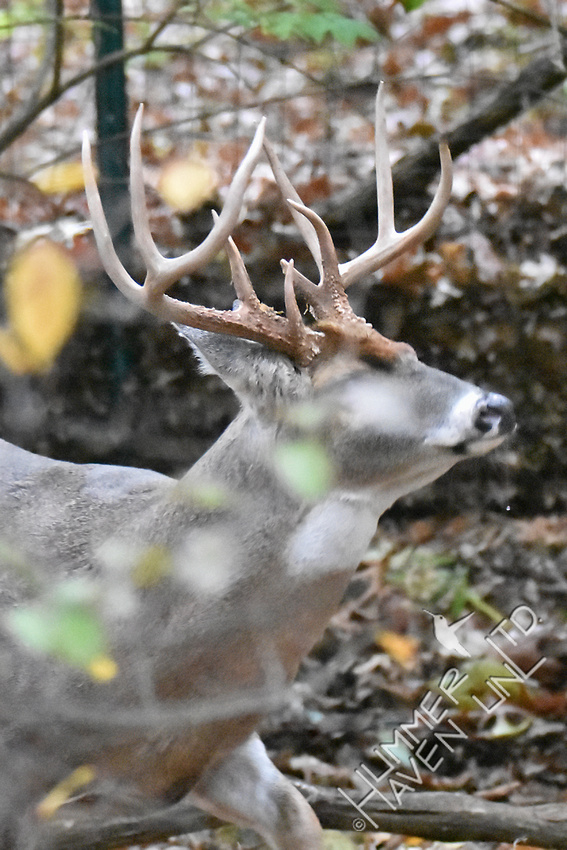 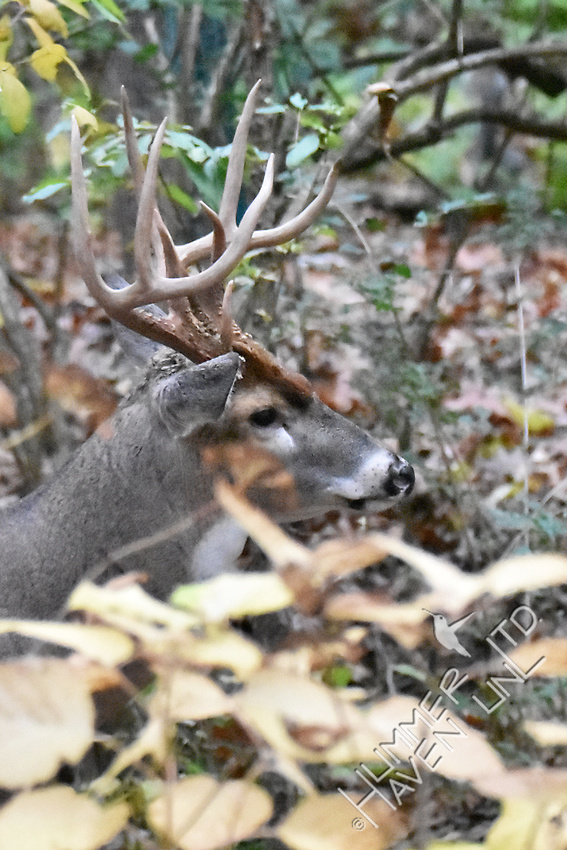 This activity went on all day long. The next morning, they were nowhere to be seen. Feeders were refilled once we were certain they were gone. Bird activity picked up again the next few days. A Brown Creeper, Golden-crowned Kinglet and a leucistic White-throated Sparrow came in to feed and bathe. 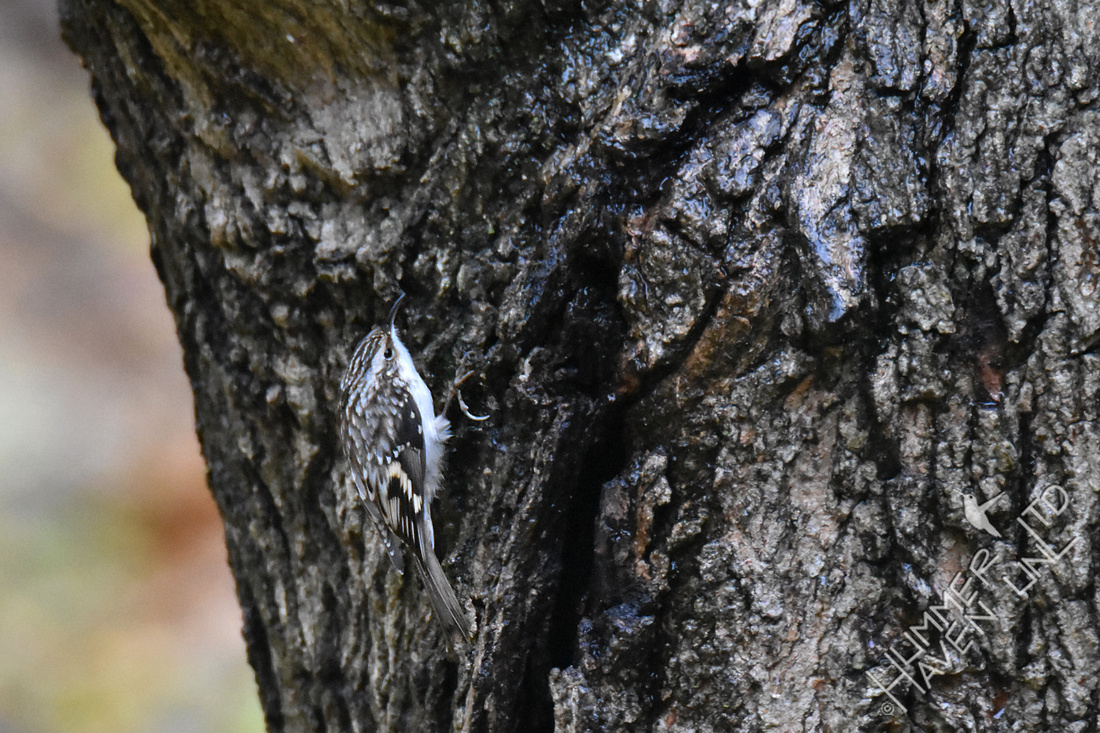 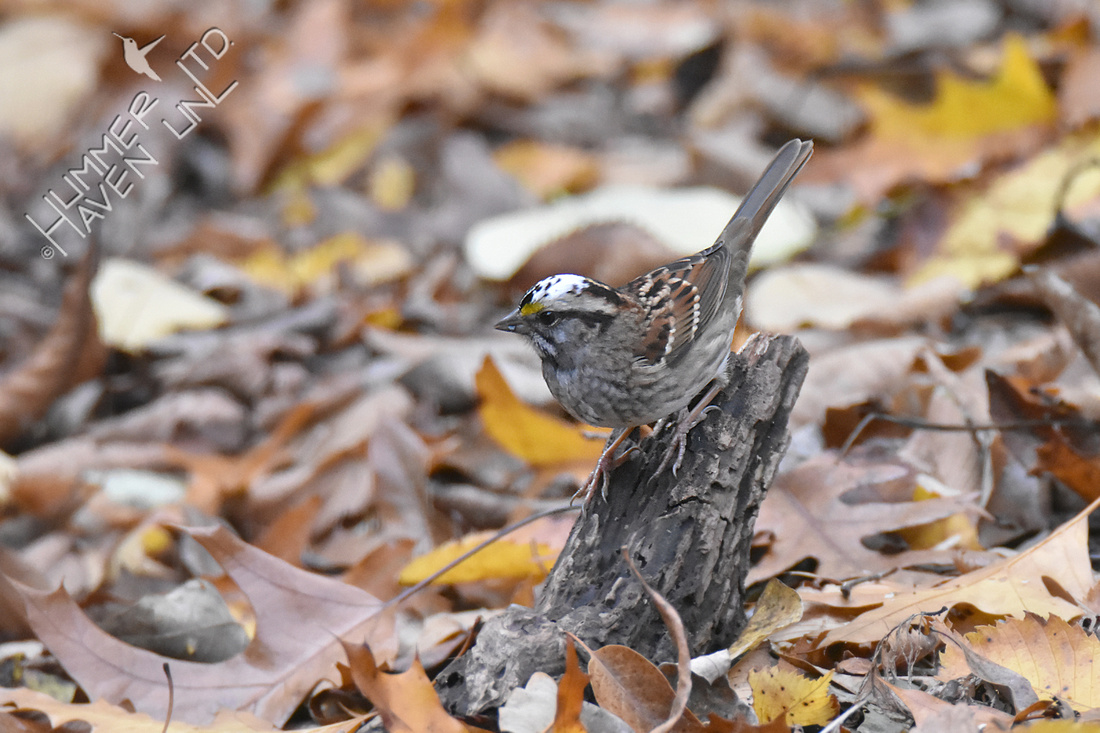 There are still two Red-breasted Nuthatches being seen at the feeders. They have attitude! They are certainly a favorite bird of mine and I hope they will stay through the winter this year. 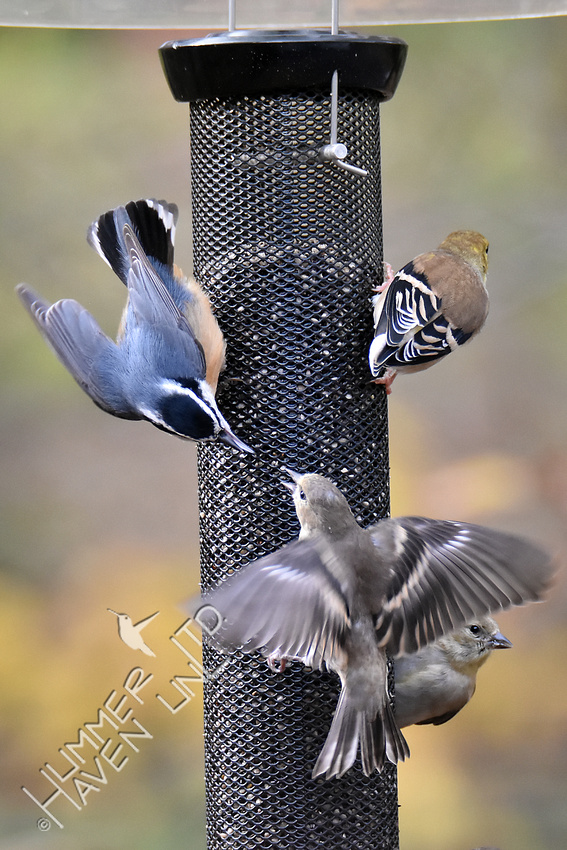 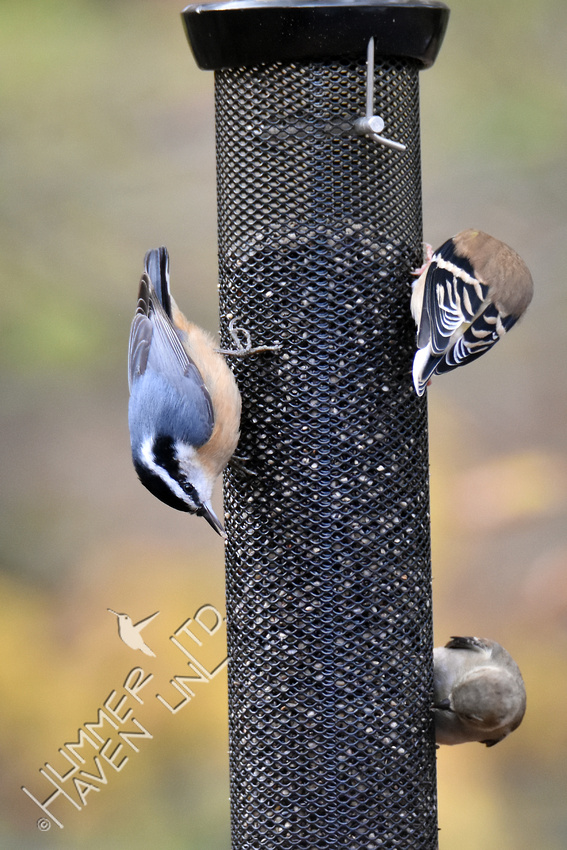 This young female Northern Flicker was looking for insects at the base of a black oak. 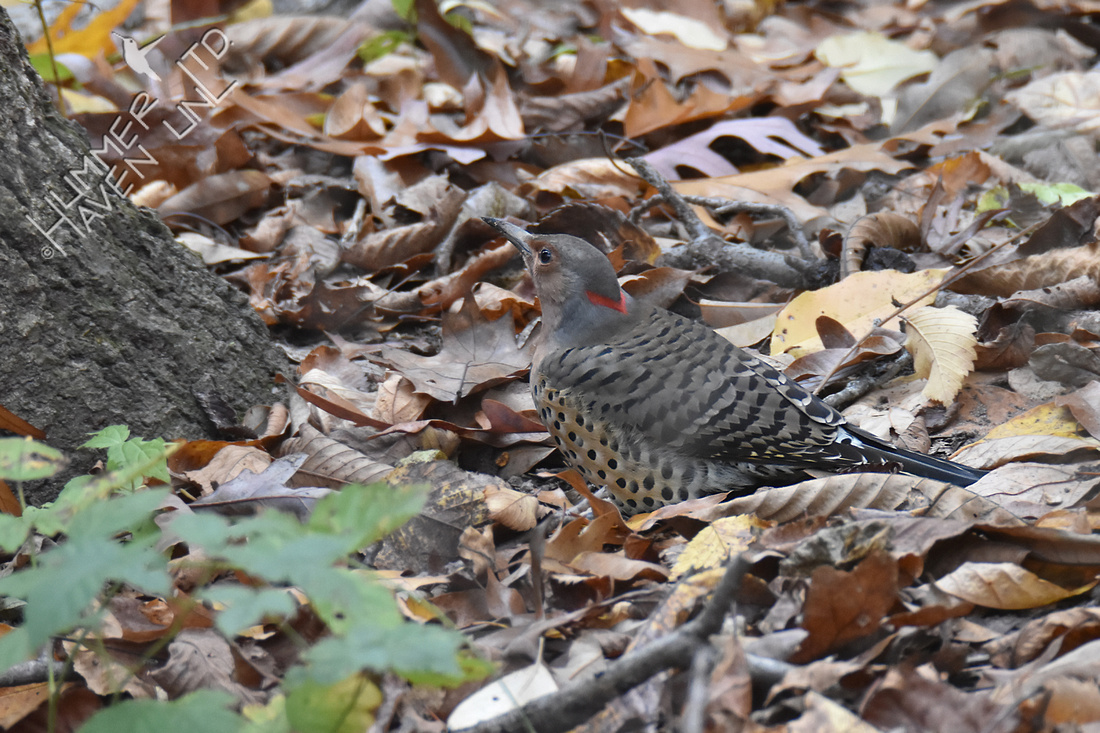 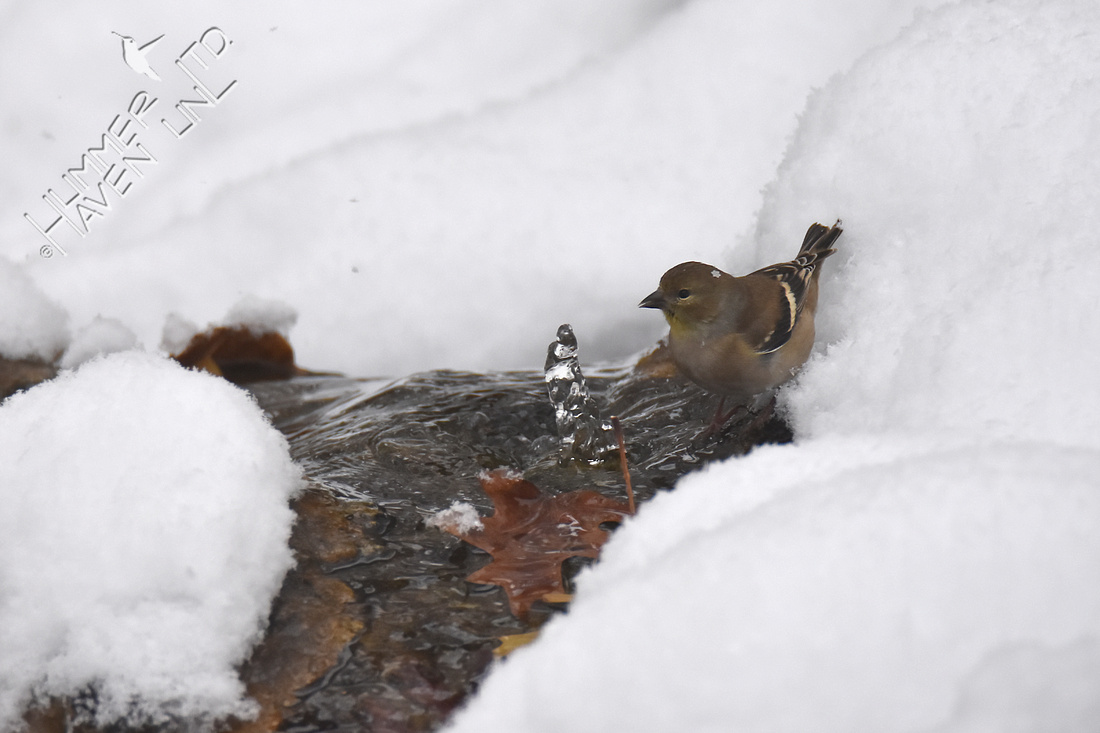 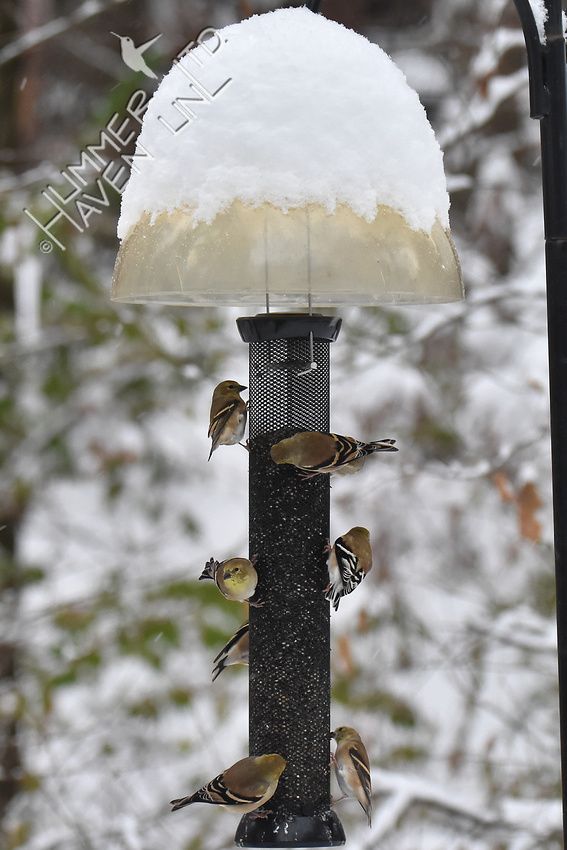 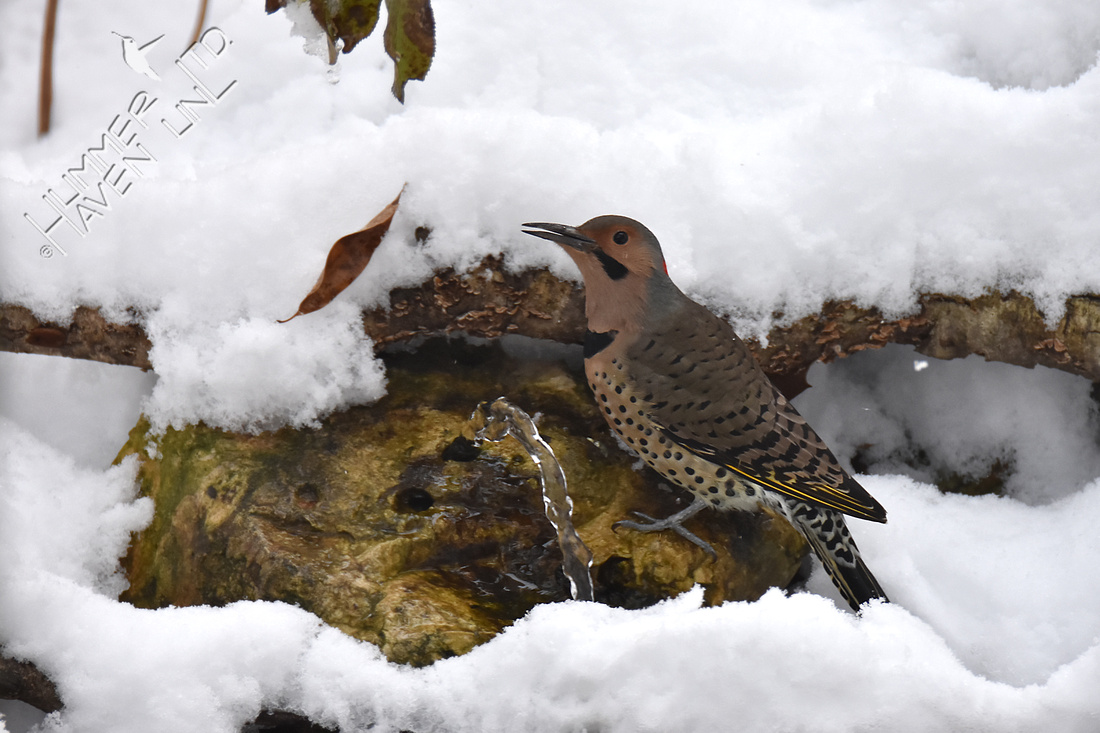 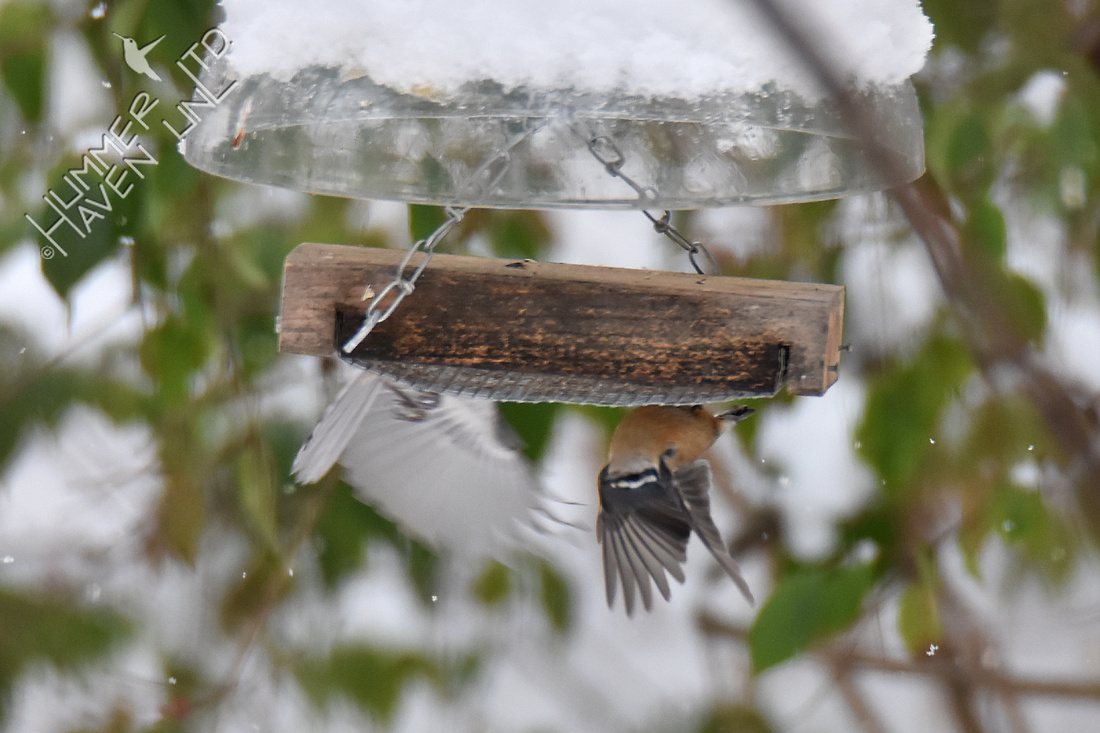 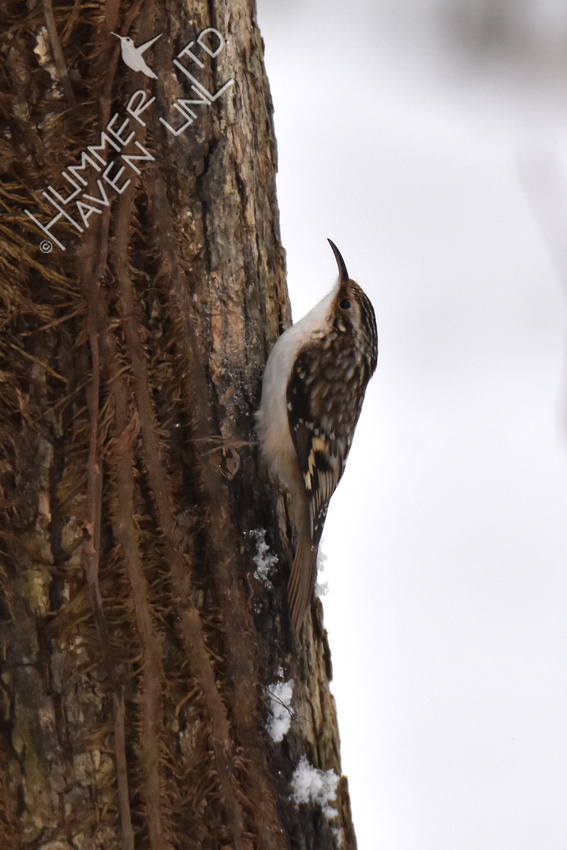 Thanksgiving is now upon us. We are so very grateful for family, friends and neighbors and the love they share, for nature's bounty of beautiful creatures and the lessons they teach us in how to share this big blue ball called Earth.