The heat is on!  We have lost 20 minutes of daylight since the Summer Solstice last month, but that fact sure hasn't lessened the temperatures. To help out the birds, we added a new dripper to an old birdbath and it has been getting a lot of attention. 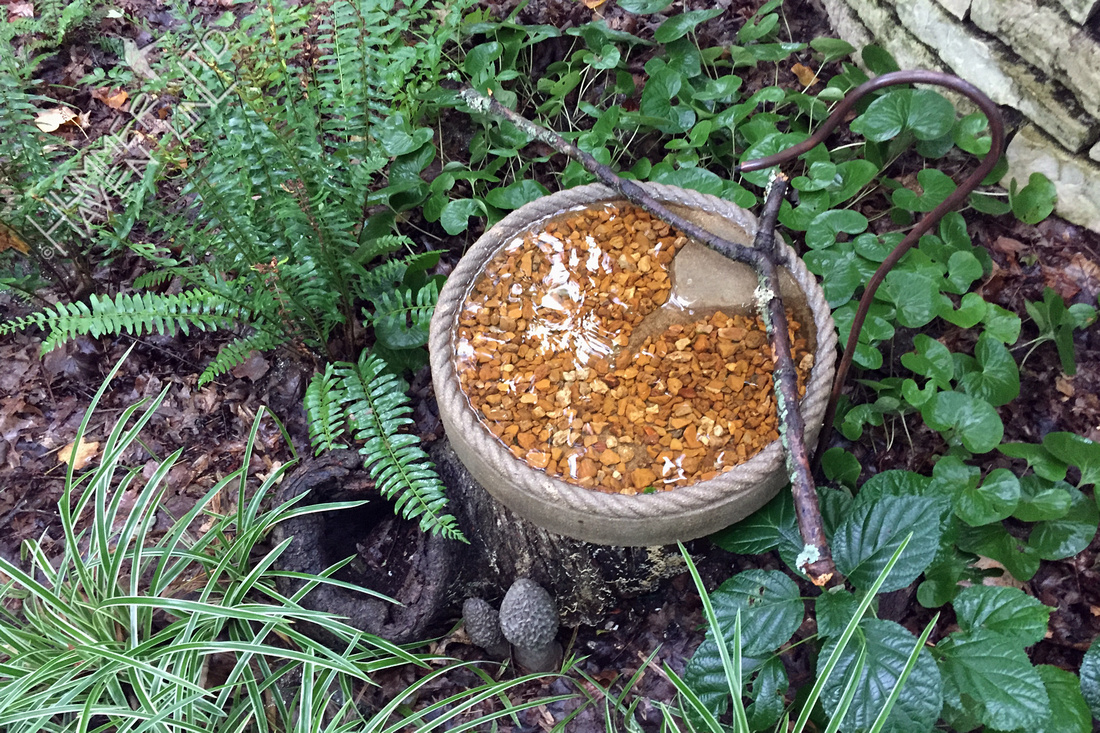 A young American Robin investigated it, took a bath and then took a nap one hot afternoon. 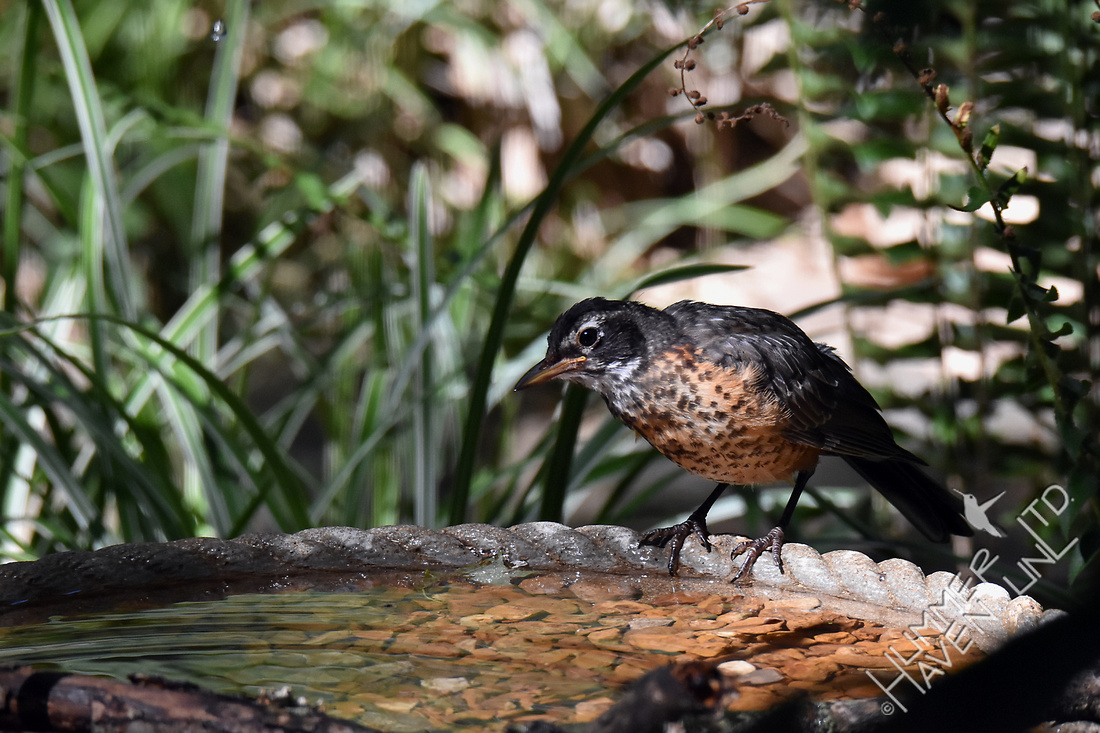 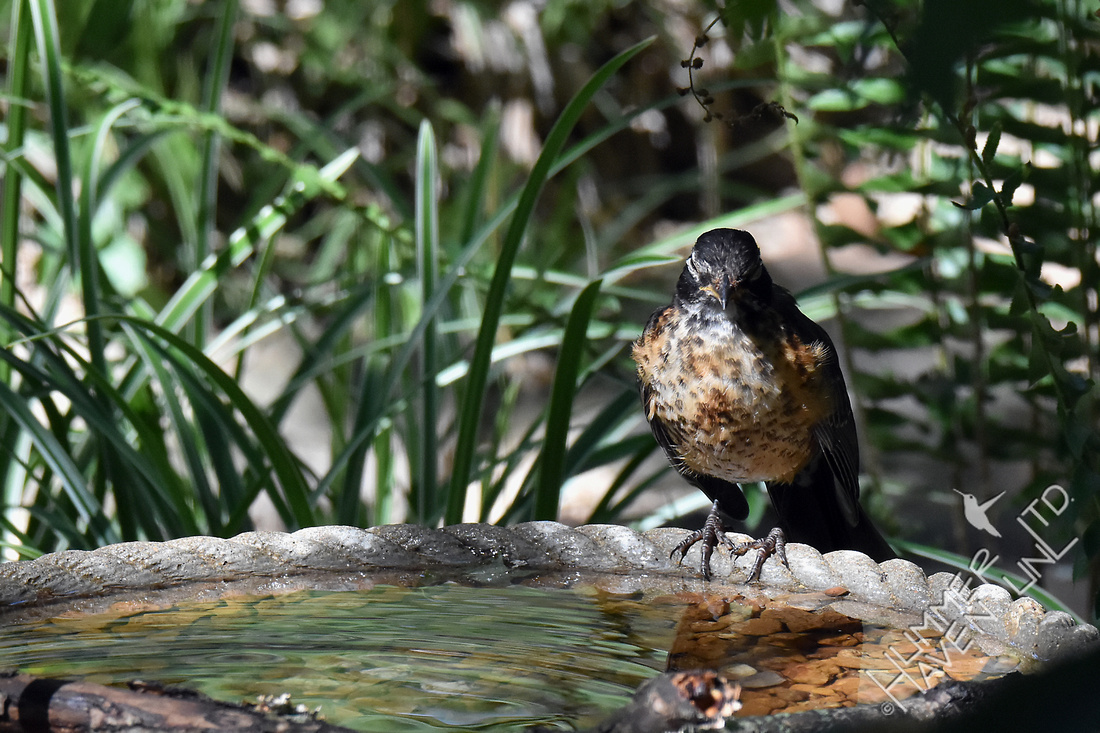 Tufted Timice and Chickadees come to get a sip at the little spouts on both dripper baths. 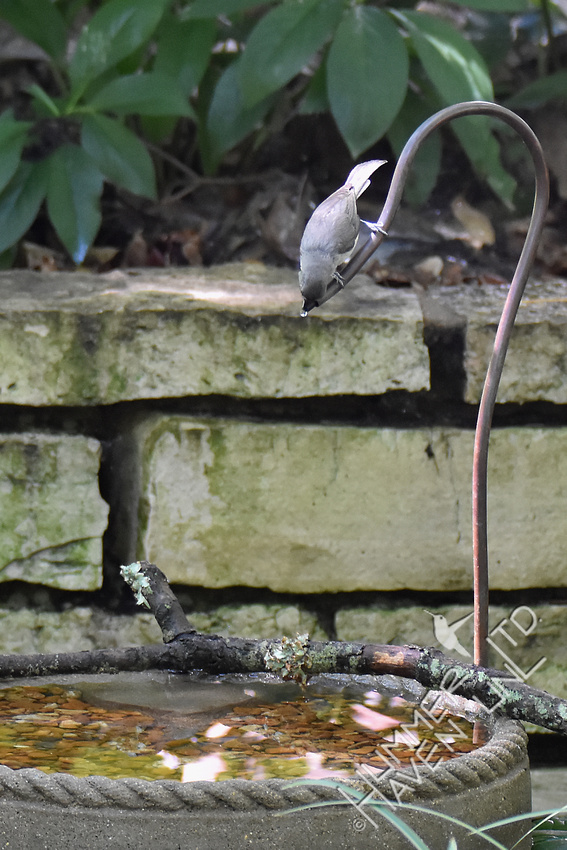 Tufted Titmouse getting a drop of water 7-16-17

Water is a precious commodity in this heat for birds, animals and insects, like bees, too. 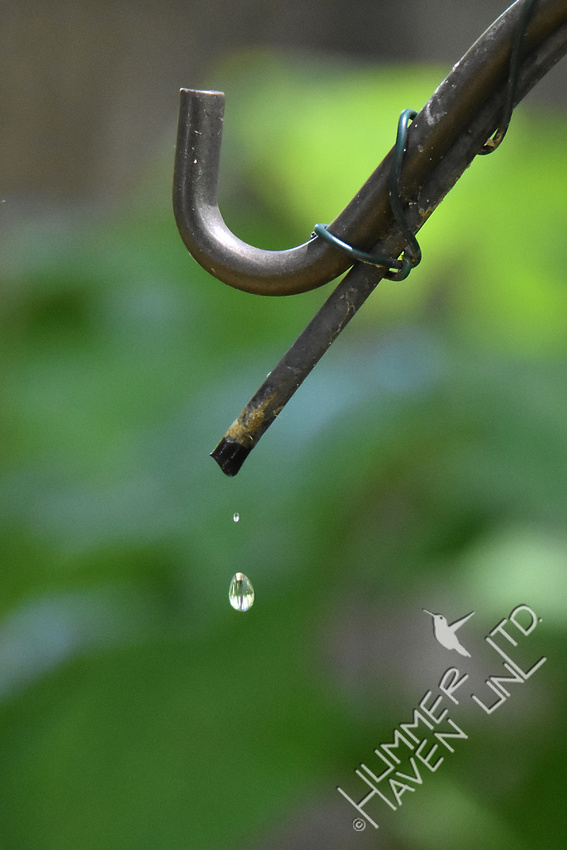 So, you still haven't gotten around to adding a dripper to your birdbath?  It's really not difficult to do.  You can get the tubing and fittings from a 'big box' store if you're a DIY type or buy a kit.  Here's the scoop from an old blog post:

The doe and fawn were in the woodland before 7 a.m. last Wednesday morning, 7/12/17.  Perhaps that is where they had spent the night.  Their noses touched as they greeted each other.  The day would prove to be the hottest of the year so far at 101.8 degrees here. 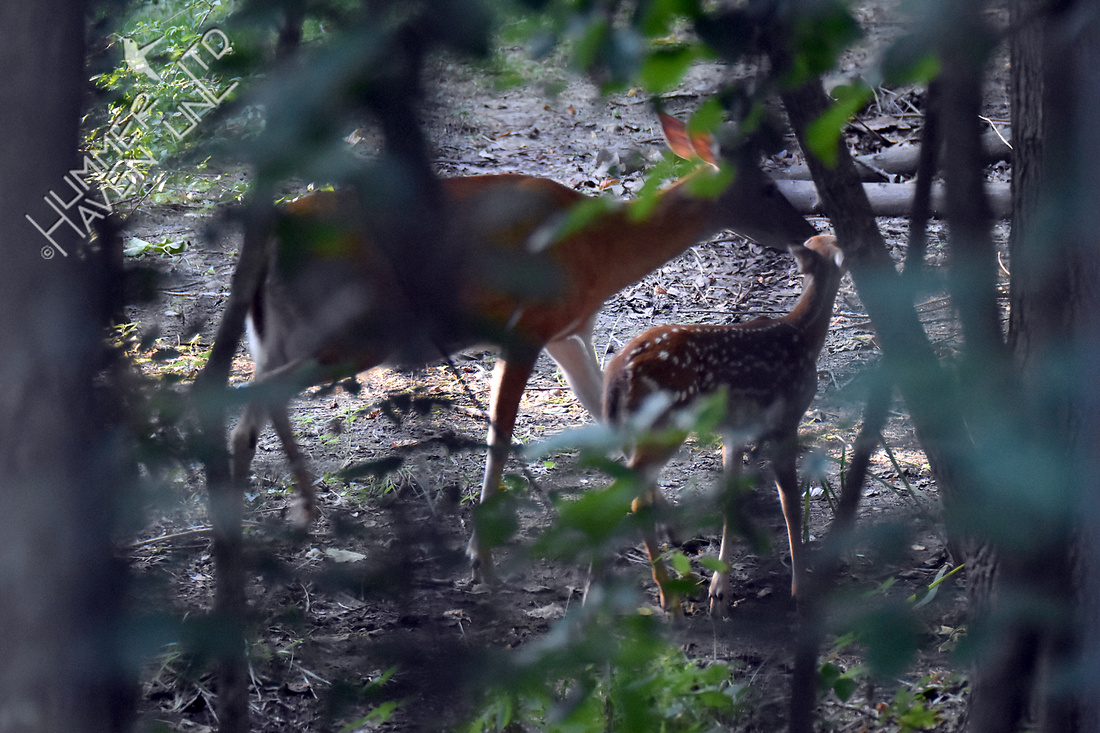 Some well-timed rain brought in a bit cooler air and the nectar seemed to call to the pollinators.  Butterflies are 'local foodies' and focus on the most productive blooms to nectar on at a given point in the season.  An Eastern Tiger Swallowtail passed up the buttonbush, which was juicy and sweet the week before, knowing the purple coneflower (Echinacea purpurea) was now at its peak. 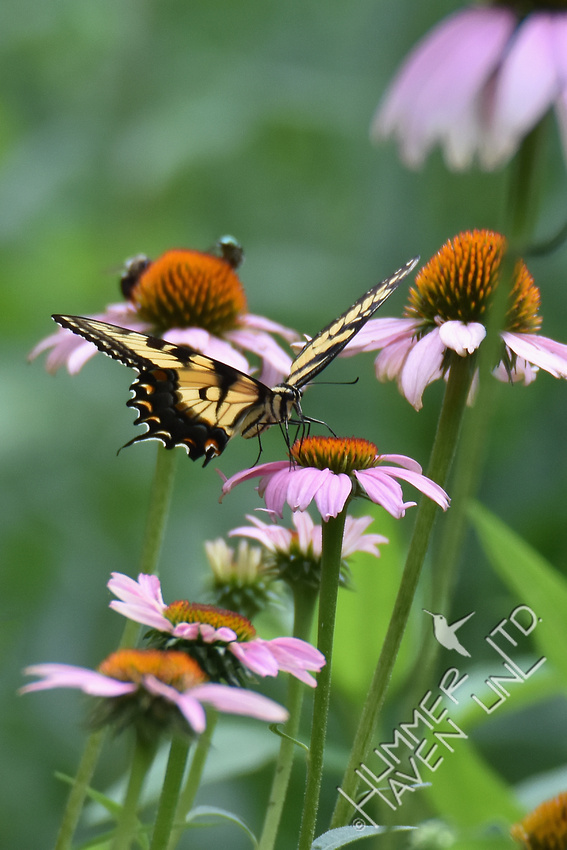 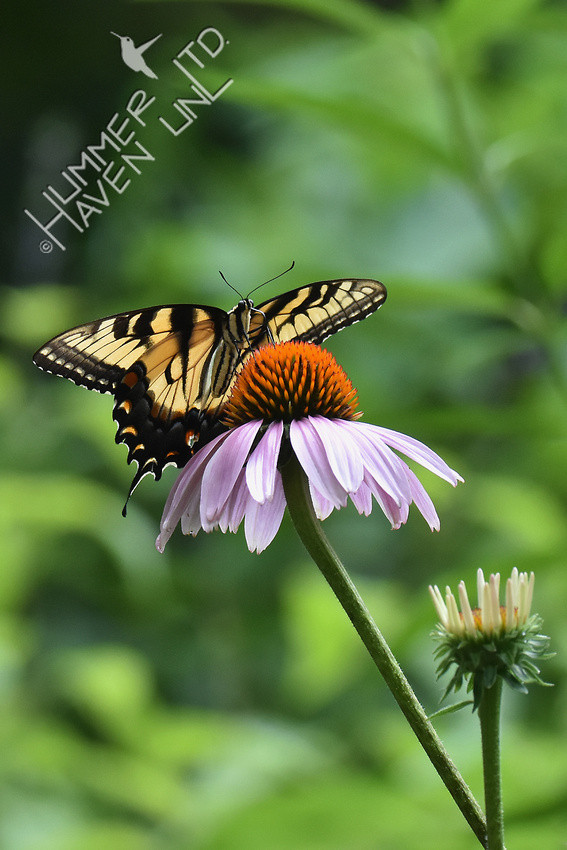 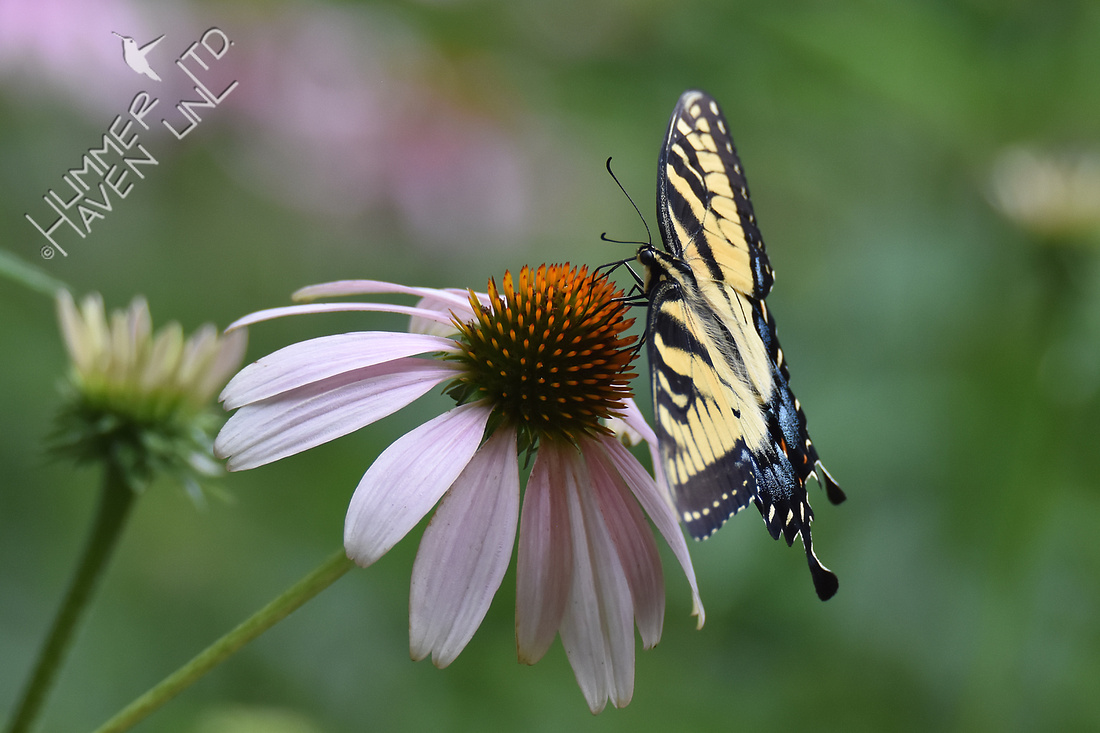 The bumblebees and even tiny ants were coming in to feed. 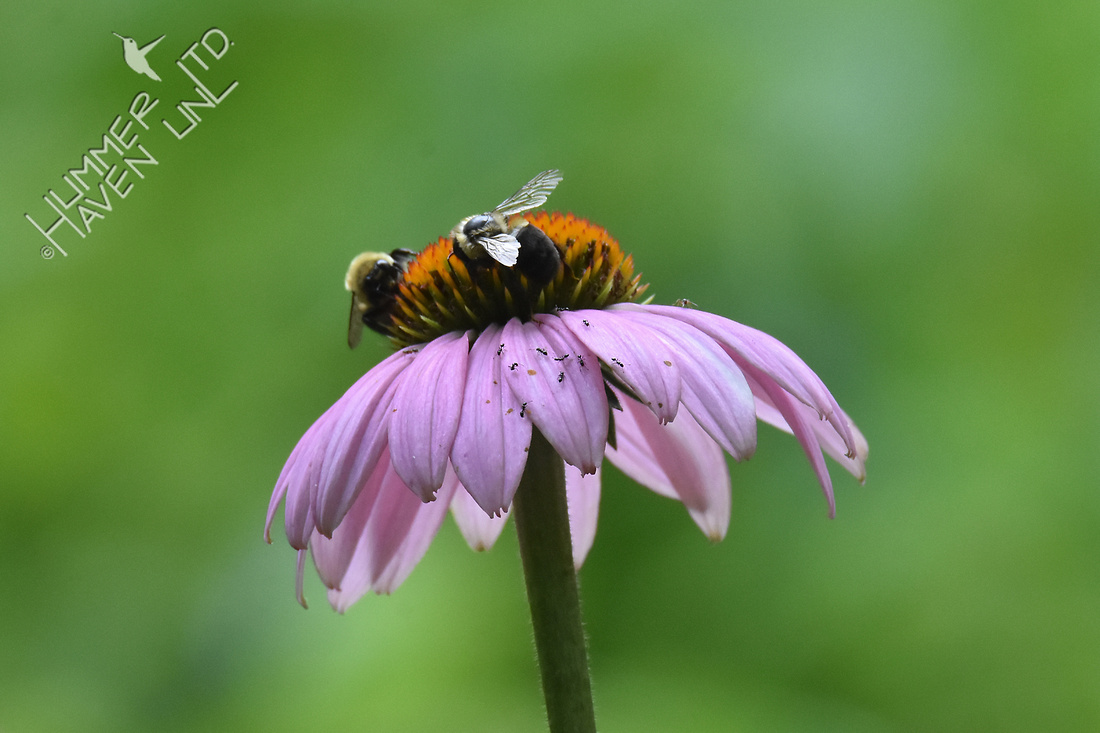 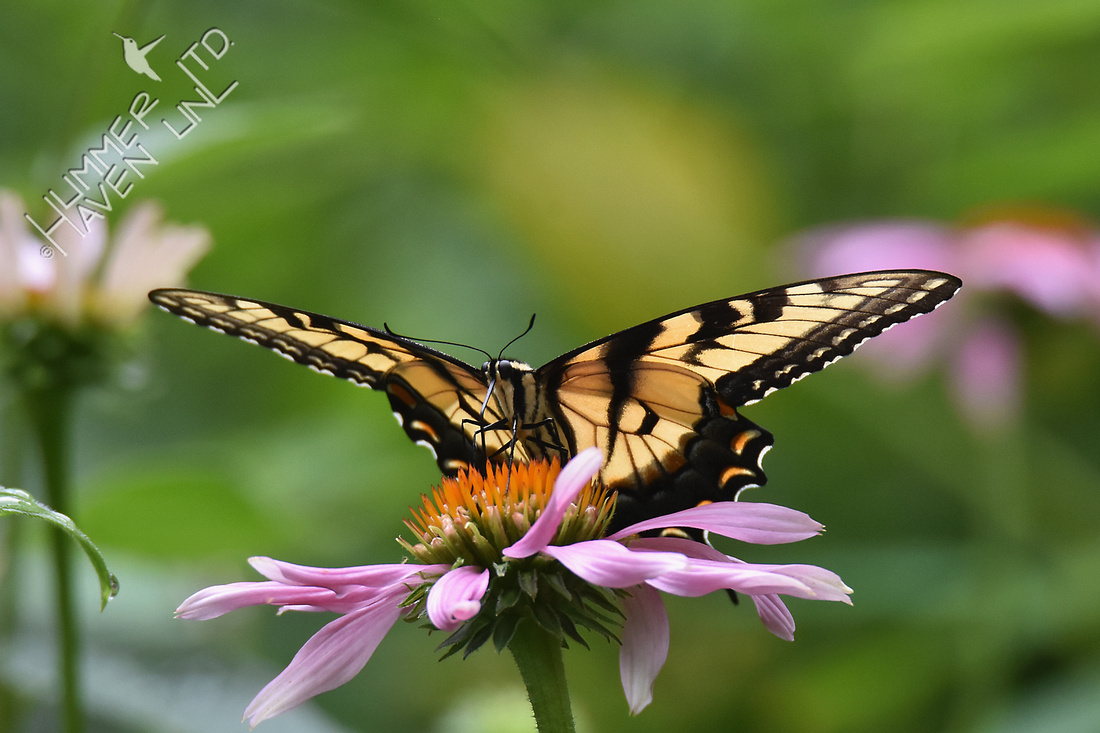 The next day at noon was much the same, with lots of activity.  A Silver-spotted Skipper finally took a moment to rest on a bloom. 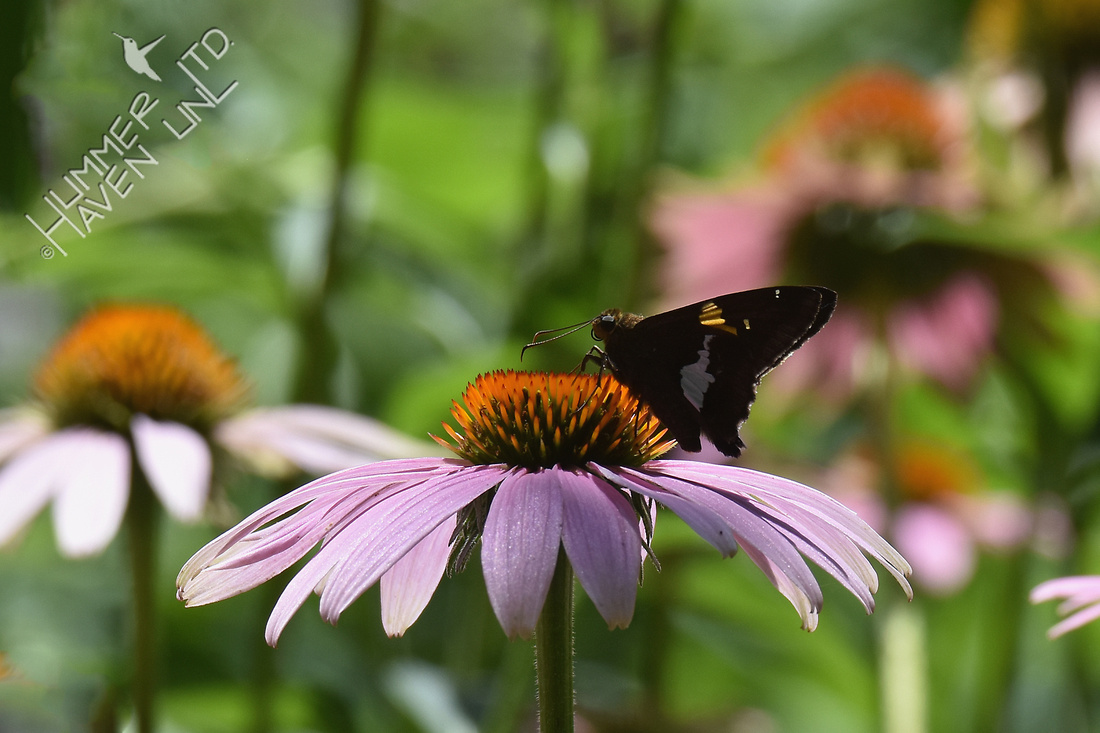 The Eastern Tiger Swallowtail was back amidst the sea of coneflowers, flitting about. 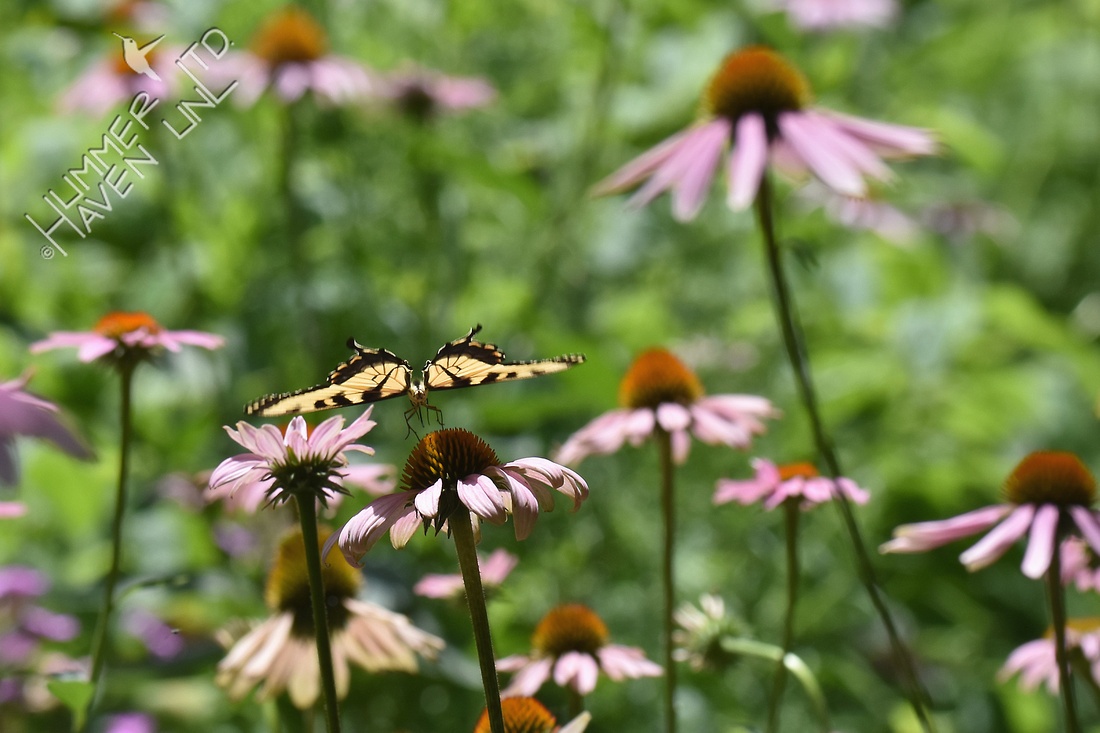 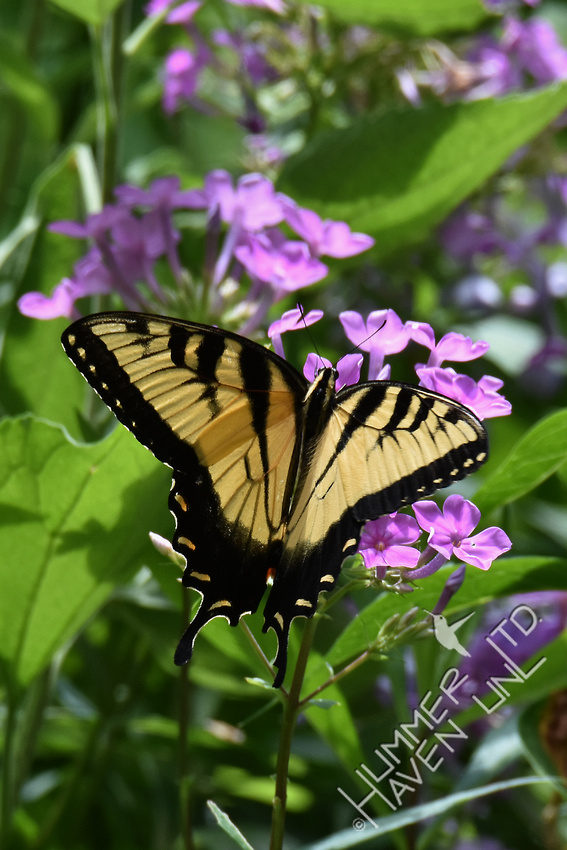 Like a drunken sailor, it kept returning to the coneflowers.  It went deeper into the garden and as I took this image, a flash of orange appeared in front of my lens. 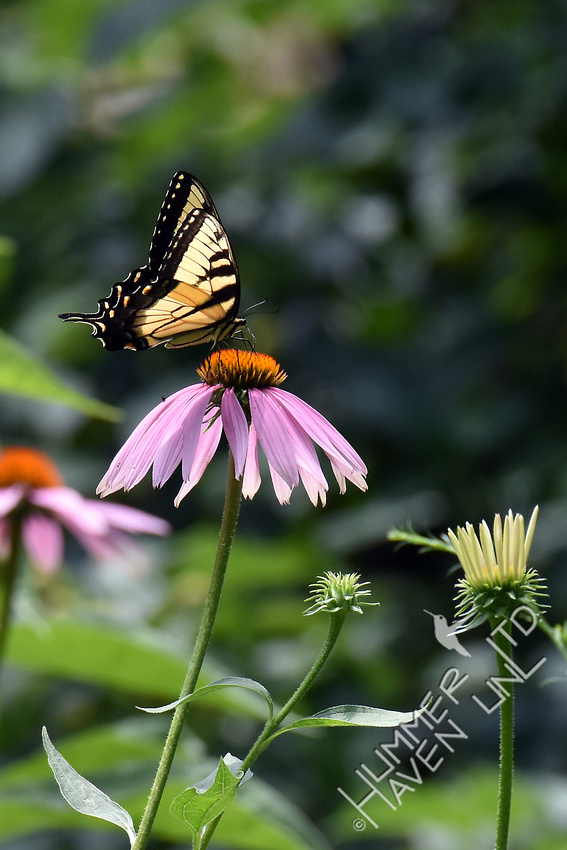 It was a Monarch, the first of the summer, a very fresh looking male!  I sent in my report with this photo to Journey North:  Journey North 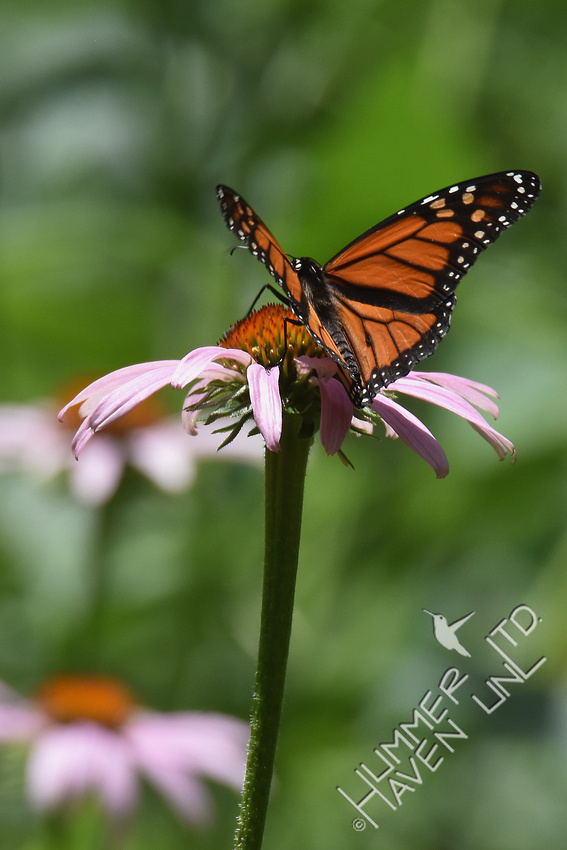 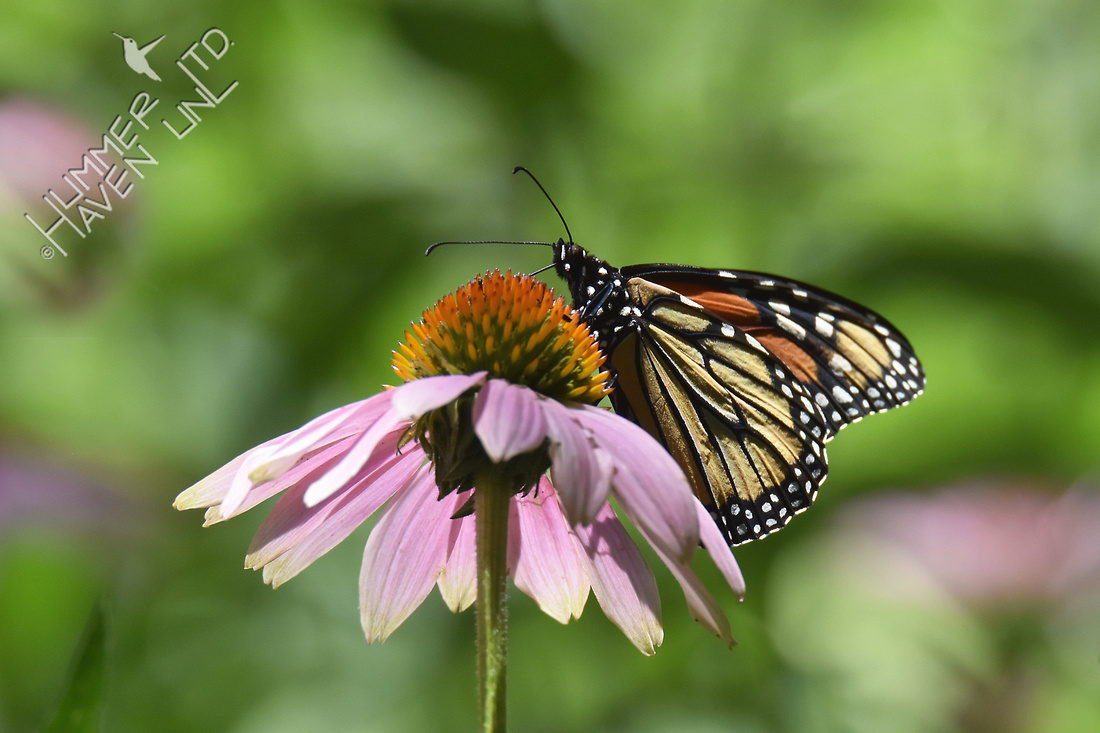 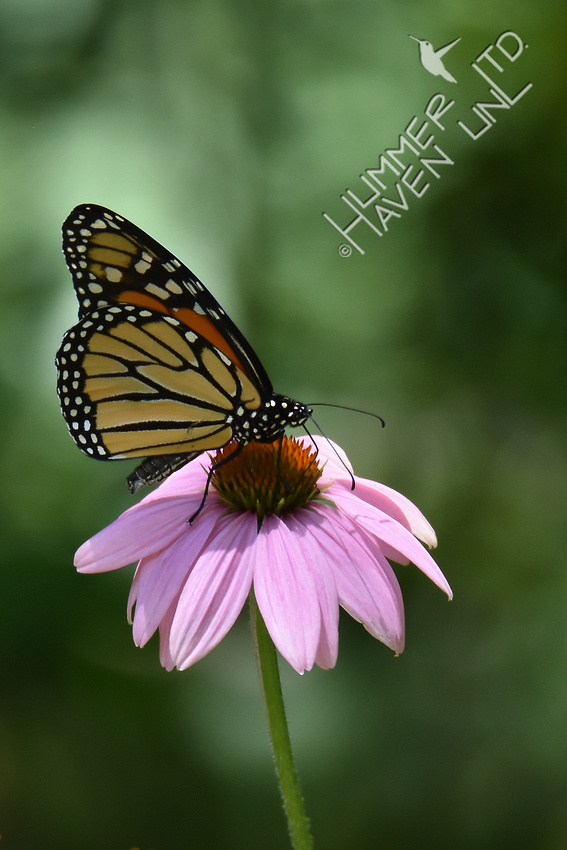 A Spicebush Swallowtail soon joined the parade of butterflies. It was such a nice summer day. 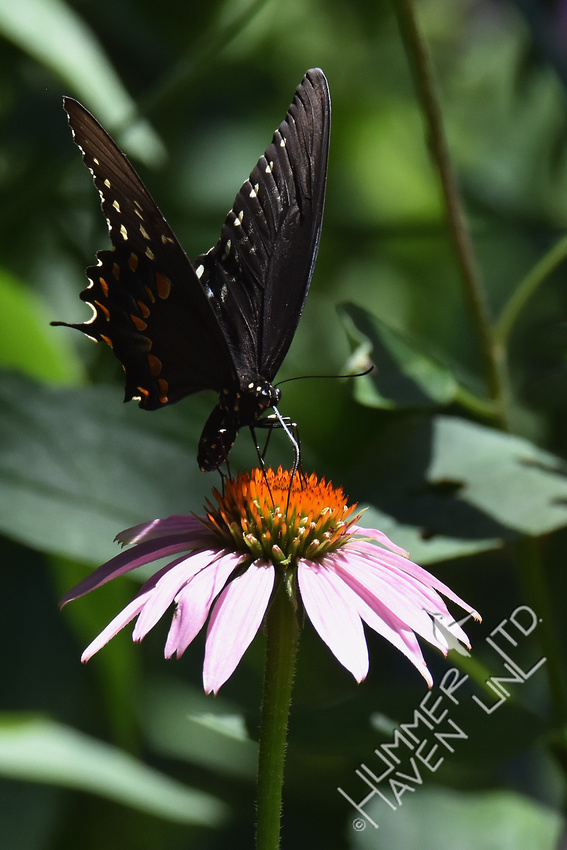 A nice surprise this past week was catching a short video of a frisky, healthy fox as it pranced through the area of the bubbler.  It comes in on the upper left.

On Monday morning about 6 a.m., a ghostly figure moved through the woods.  It was mostly interested in finding insects in the leaf litter and didn't pay much attention to me.  The opossum moved under a spicebush a bit closer and looked up, then moseyed along its way. 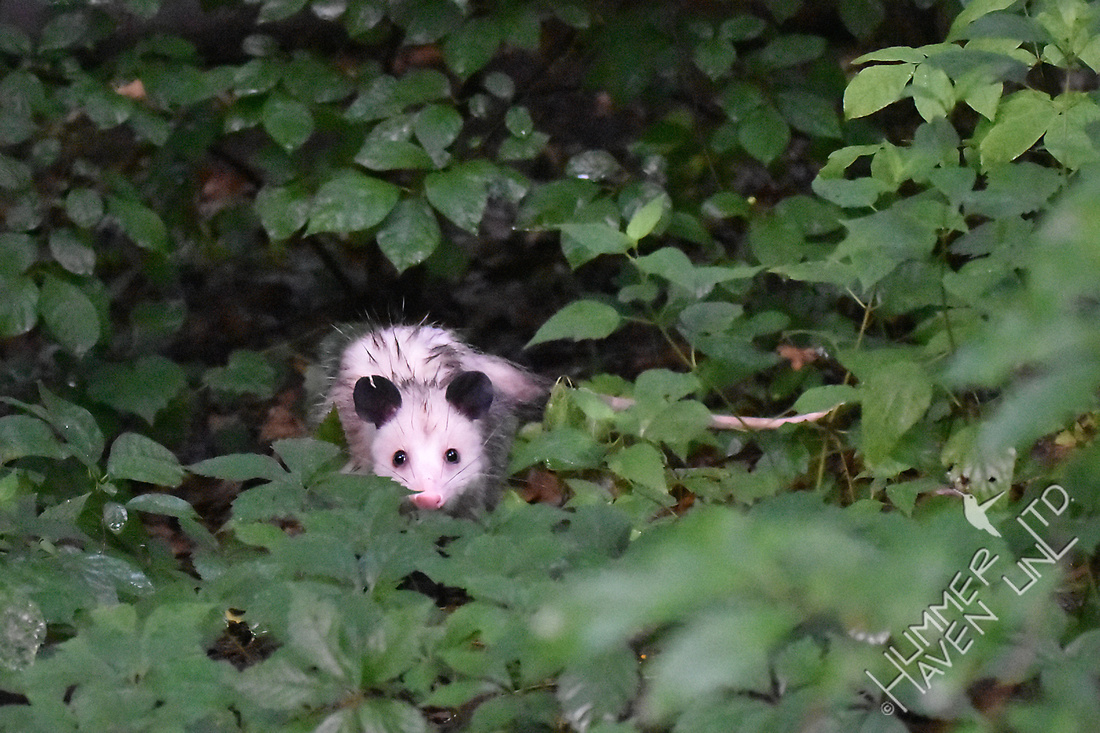 Later on in the garden, I noticed an insect I had not seen before.  The best i.d. I could find was that it is a type of Spear-winged Fly, Lonchoptera species.  If any of you naturalists or entomologists know this one, it would be nice to complete its identification.  And, I have no idea what it is carrying, either! 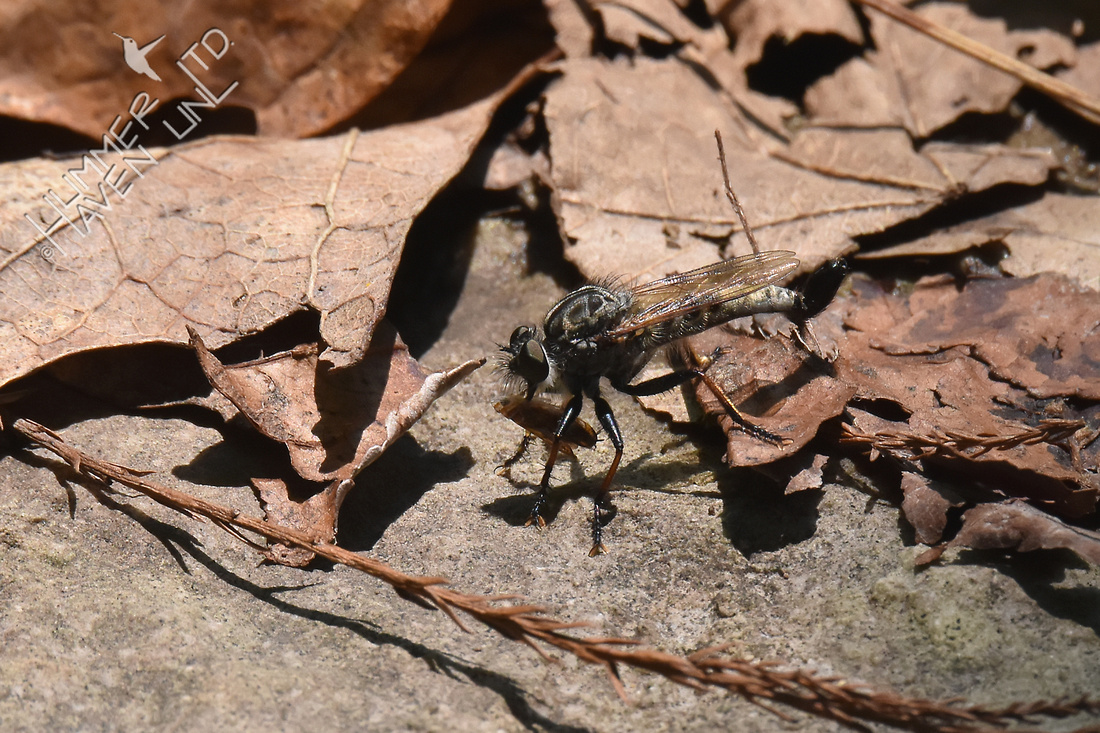 An annual cicada was moving about and landed on a Marsh Milkweed (Asclepias incarnata) stalk. 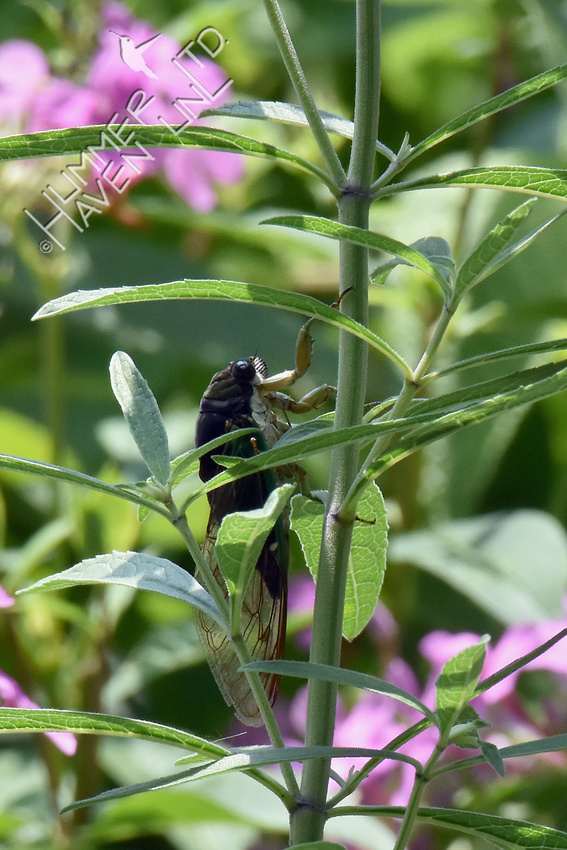 The Ruby-throated Hummingbirds have been chasing each other about and this female sipped some nectar at the Black and Blue Salvia.  It is not a native plant but it is a good nectar source with high sugar content. 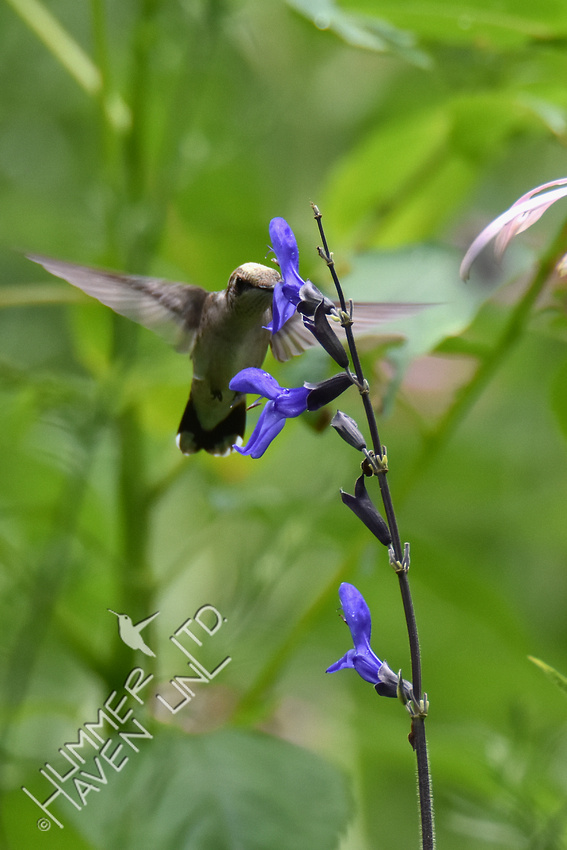 In the evenings, we watch the American Robins come in and feast on the Roughleaf Dogwood (Cornus drummondii) berries, another source of sweet moisture for hungry birds.  Even the young ones have figured out how to perch and reach for them. 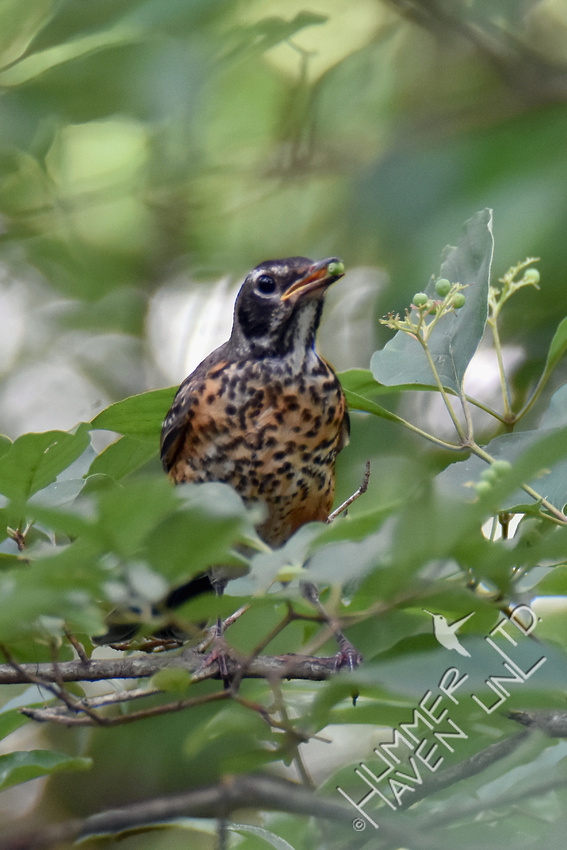 Temperatures will be beastly over the next four days, topping 100 degrees with high heat indices in the humidity.  It's summertime in St. Louis!