April has flown and May has come along with new migrants!  Rains accumulated here to over 8" for the last storm, southerly winds gusted to 30 mph or more on Monday. Birds had dropped in overnight, staying in our low-lying woodland to find food.  A Summer Tanager flew into an oak next to the deck at very close range.  It was busy making short sallies for insects and did not make its "pit-ti-tuk" call. 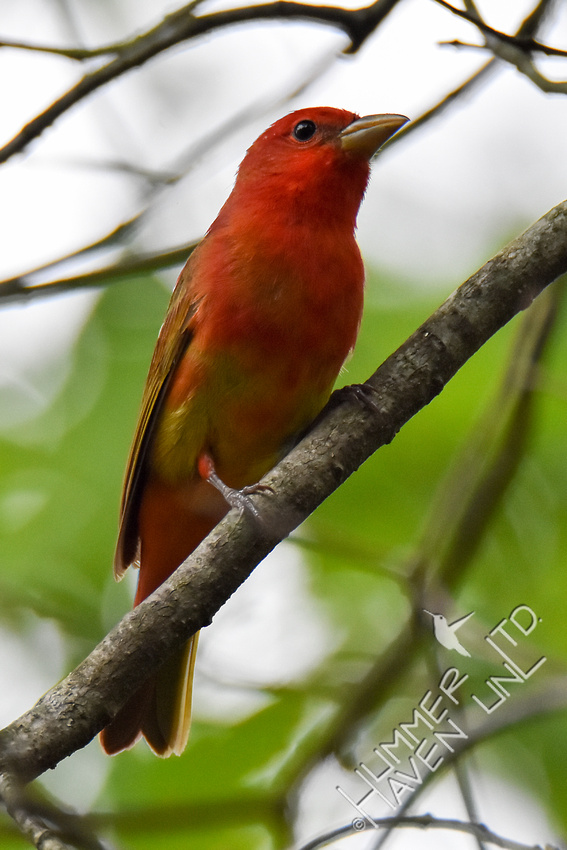 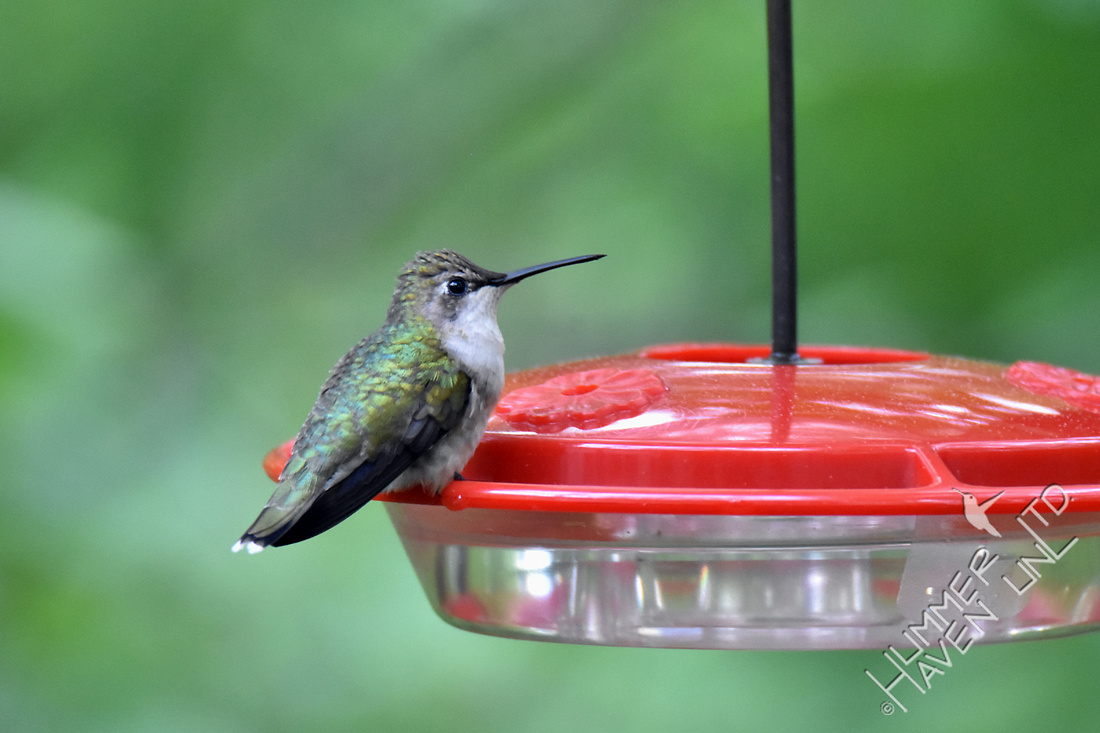 Rose-breasted Grosbeaks worked in the trees to find caterpillars and also came to the feeders. 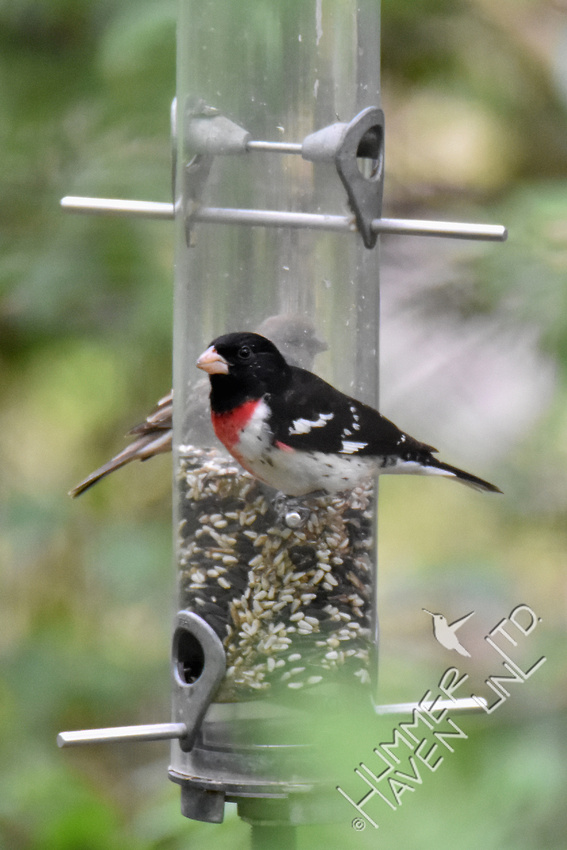 A first year male Summer Tanager came to the Bubbler!  It was my very first opportunity to photograph one in this changing, mottled plumage. 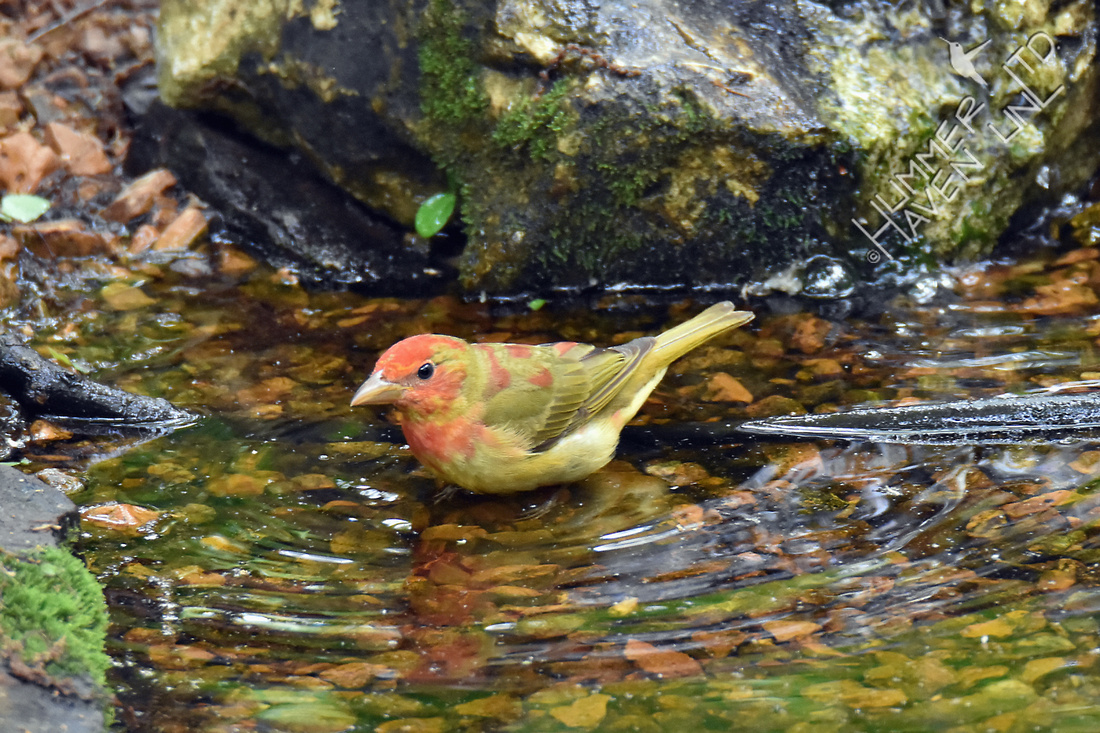 Though it was very windy, I was able to spot a small warbler moving in and out of cover looking for food.  This bird has always been a difficult one for me to photograph.  Here is the Common Yellowthroat, back view. 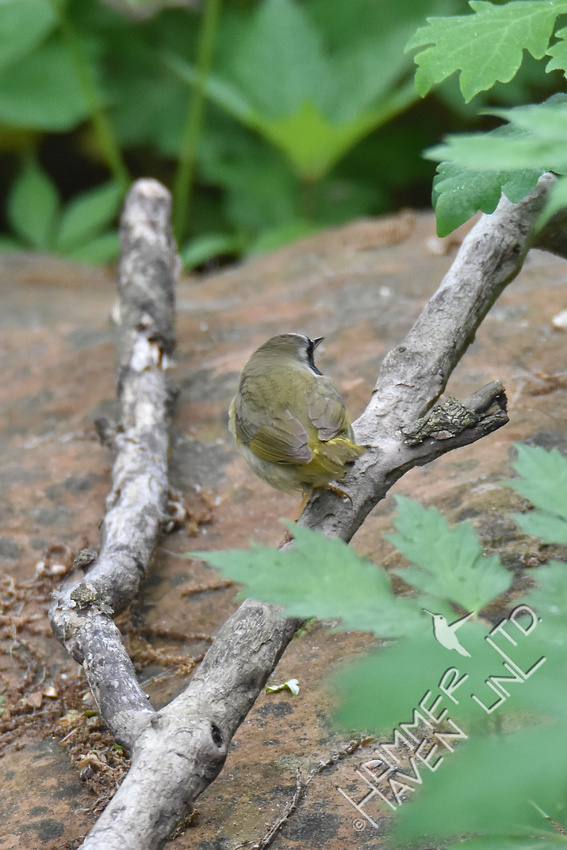 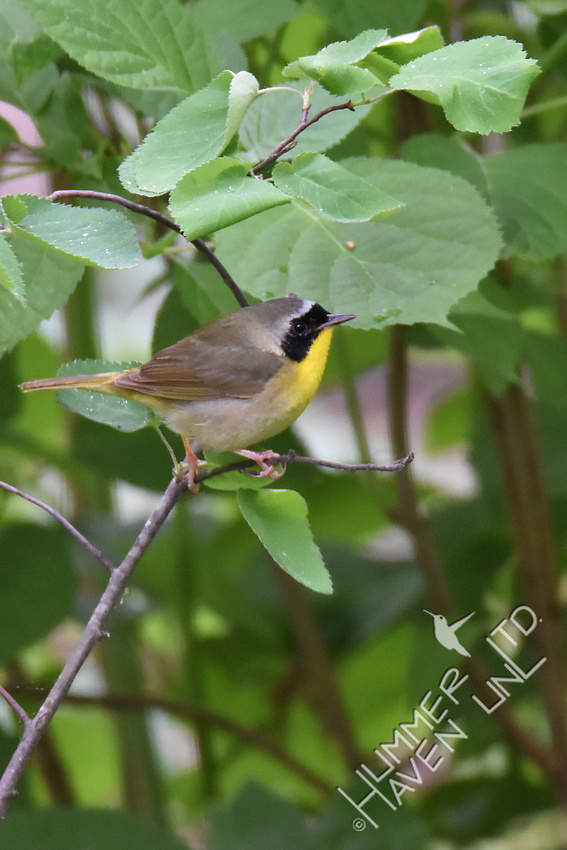 The nesters have been busy, too.  Here, a Hairy Woodpecker found a super-sized larva for its fledgling to eat.  The adult waved it in front of the young bird, to get it interested, ready and in the right position to take it down.  It seemed to be a bit of a tug of war. 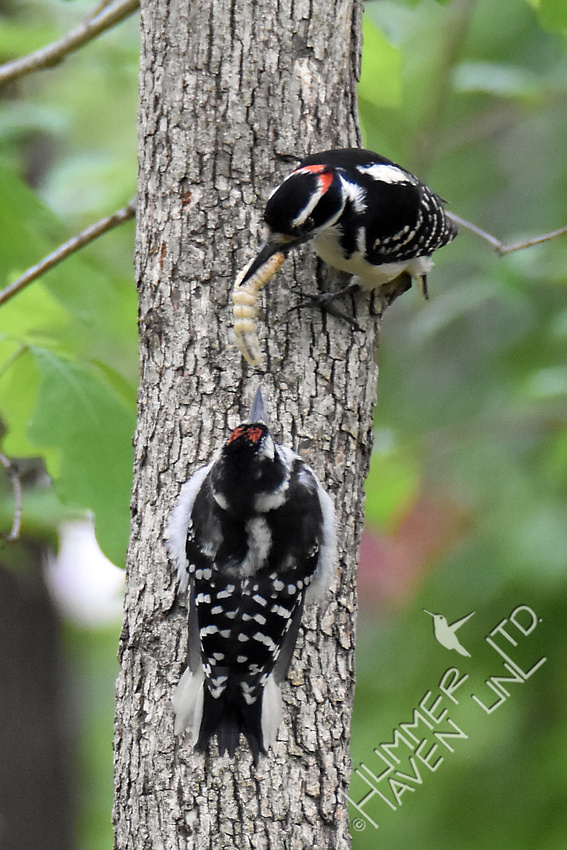 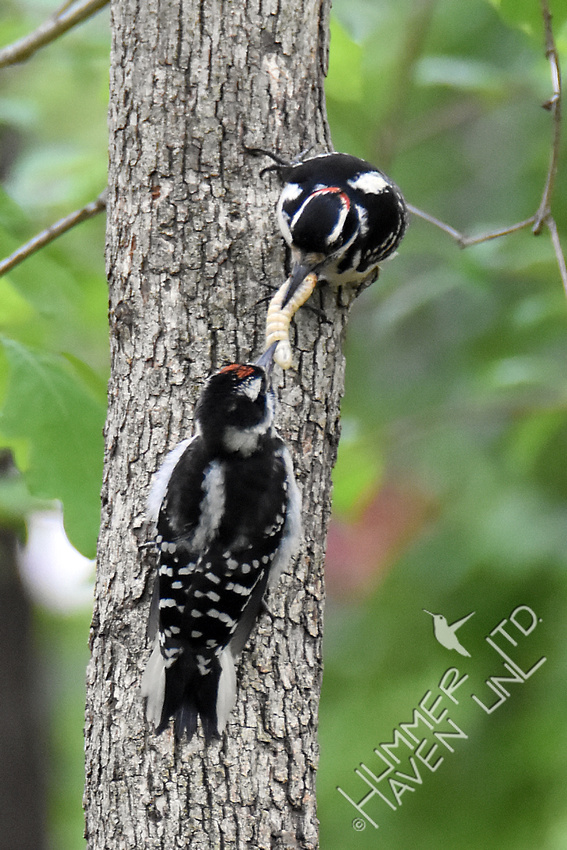 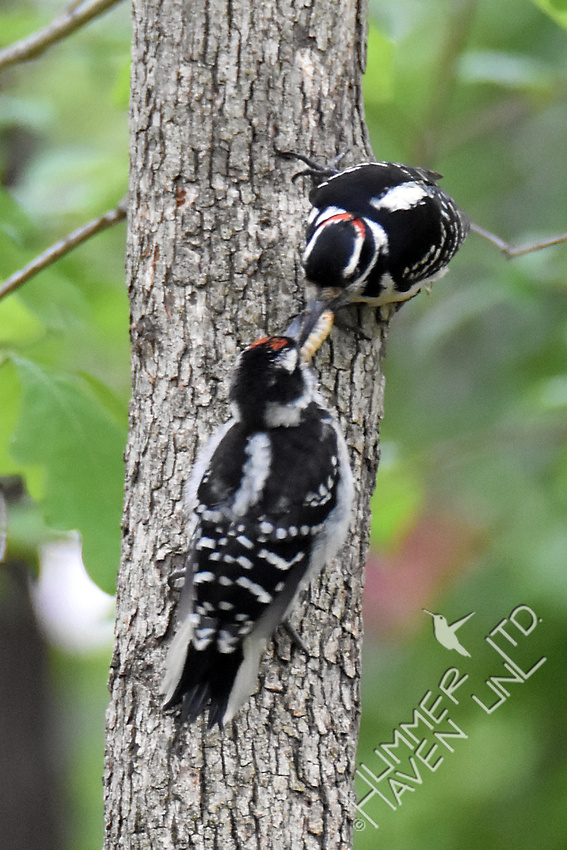 Success!  The youngster swallowed it all and gets an "Atta, bird!" from its proud parent! 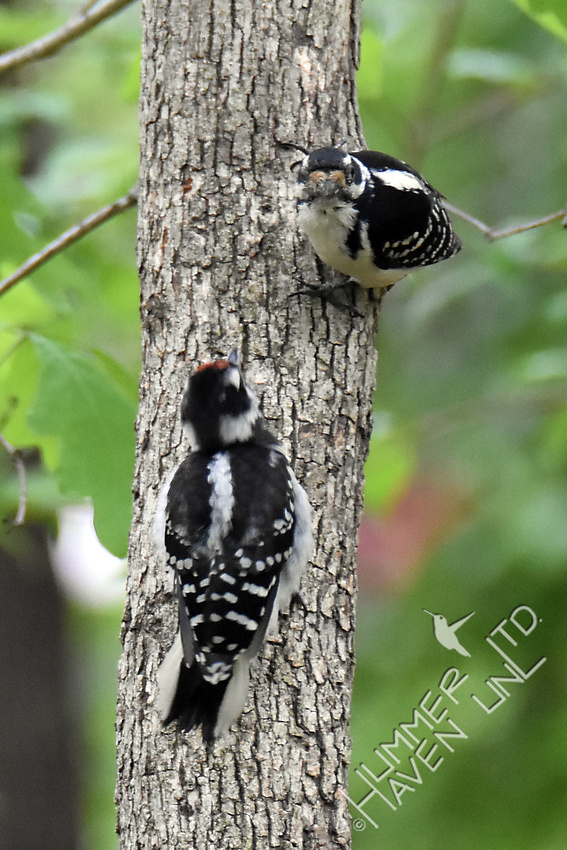 The winds slowed down a bit and more birds were revealed on Tuesday, 5-2-17.  A Bay-breasted Warbler was in the elm and then the shingle oak near the driveway, feeding in the trees. 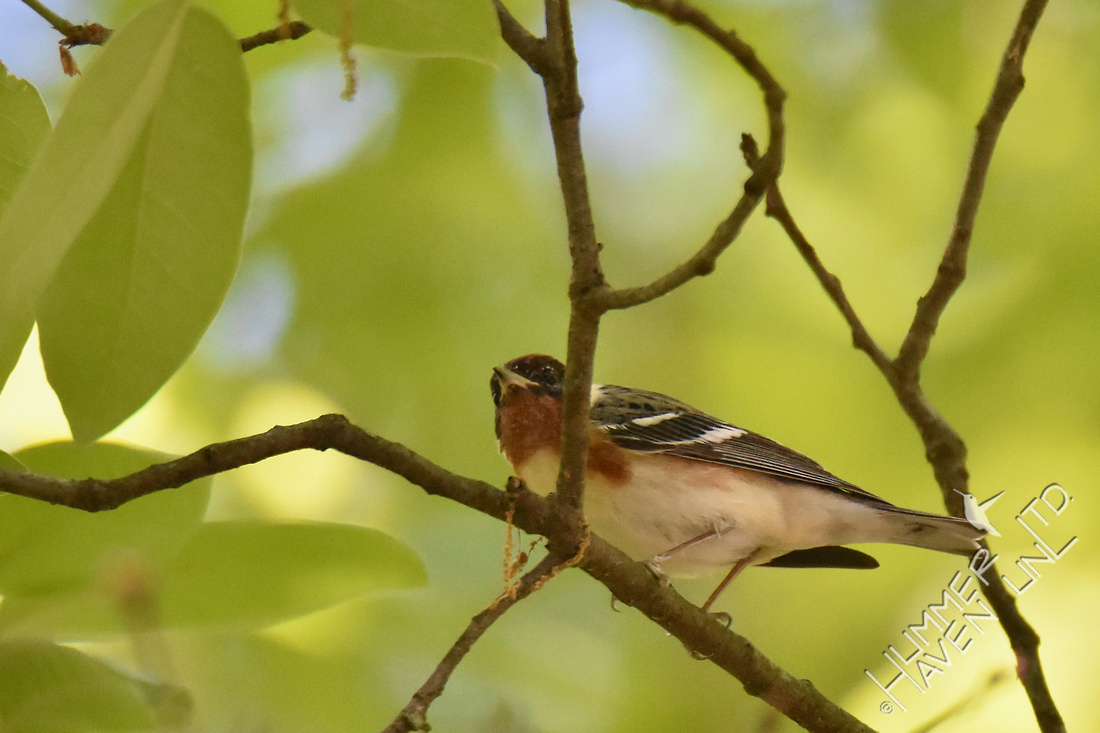 Then, Black and White Warblers showed themselves.  The male has the dark black on the cheek and throat, the female's cheek is paler and throat is white. 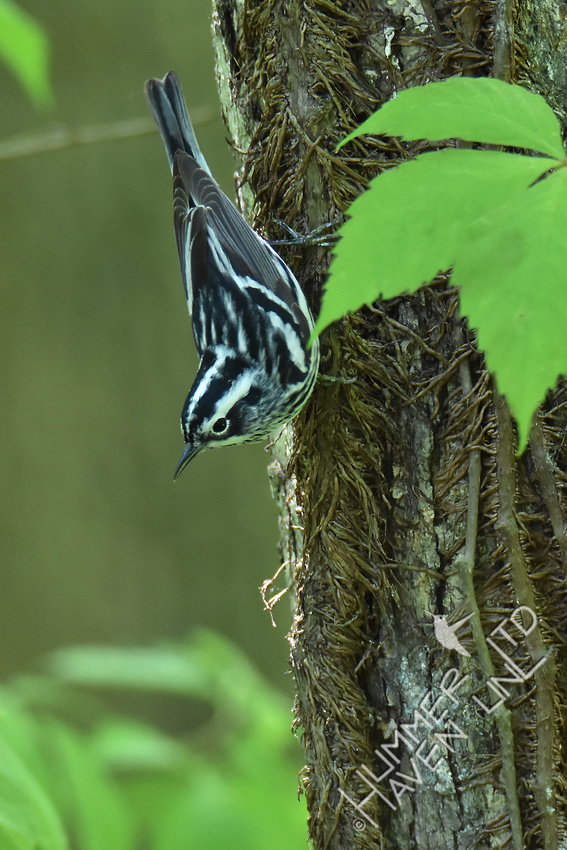 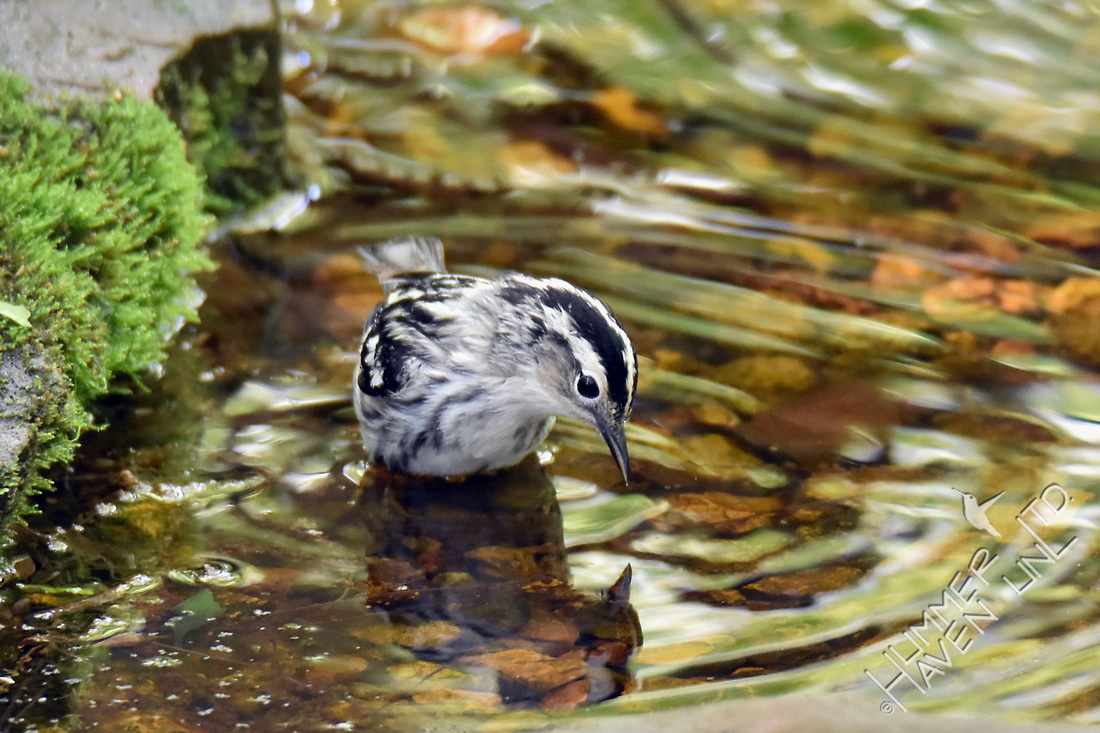 Another bird that came down is this Blue-winged Warbler.  I've only been able to photograph this one a handful of times so I was very pleased to see it.  It never sang its "bee-buzz" song. 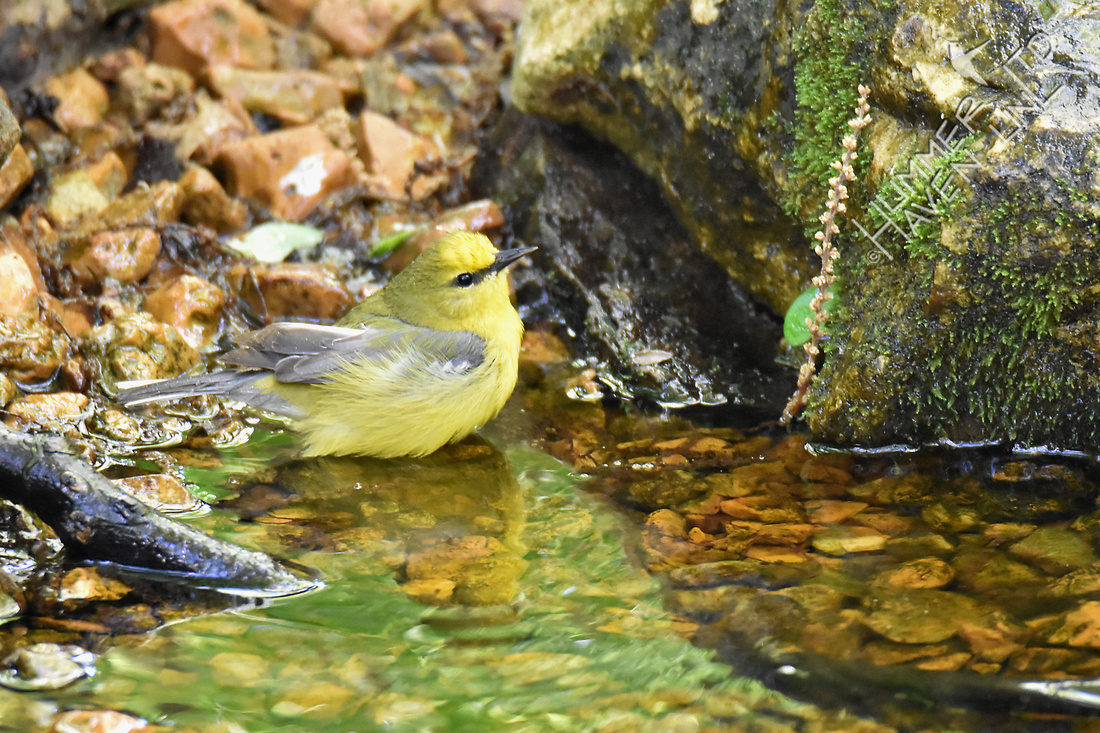 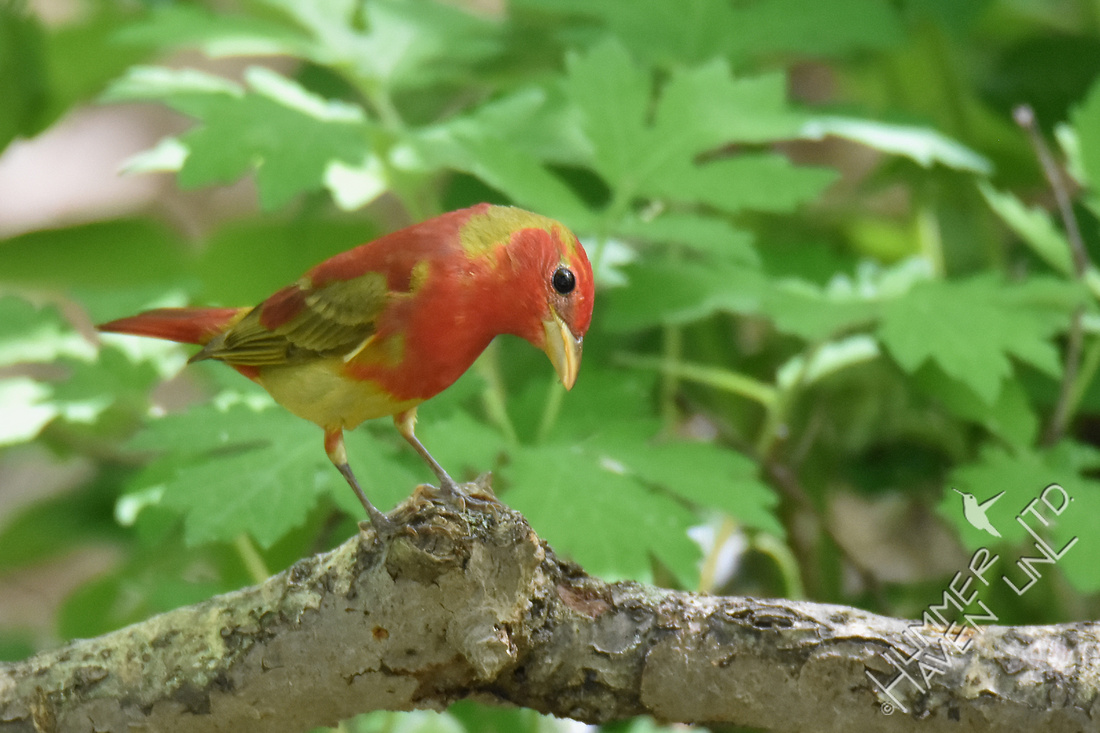 Here are the three Summer Tanagers from the last few days in one composite photo.  I heard the full song and call of a male on Tuesday afternoon.  The Summer Tanager is our only all red bird and has the large "peanut-like" bill. 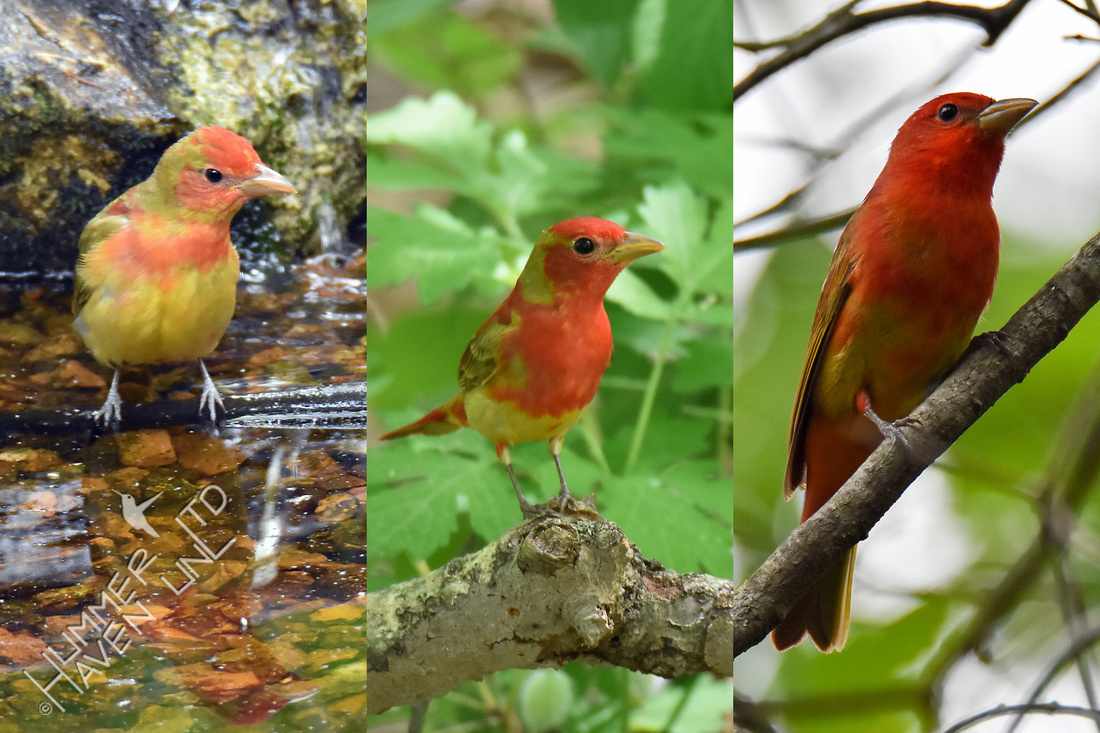 For all the photos from the last few days, begin here: