Right after the last post, I stepped outside to hear birdsong and see some activity.  There was a Northern Cardinal foraging for caterpillars in the shingle oak (Quercus imbricaria) near the driveway, the same tree the Blue Grosbeaks were in last week. 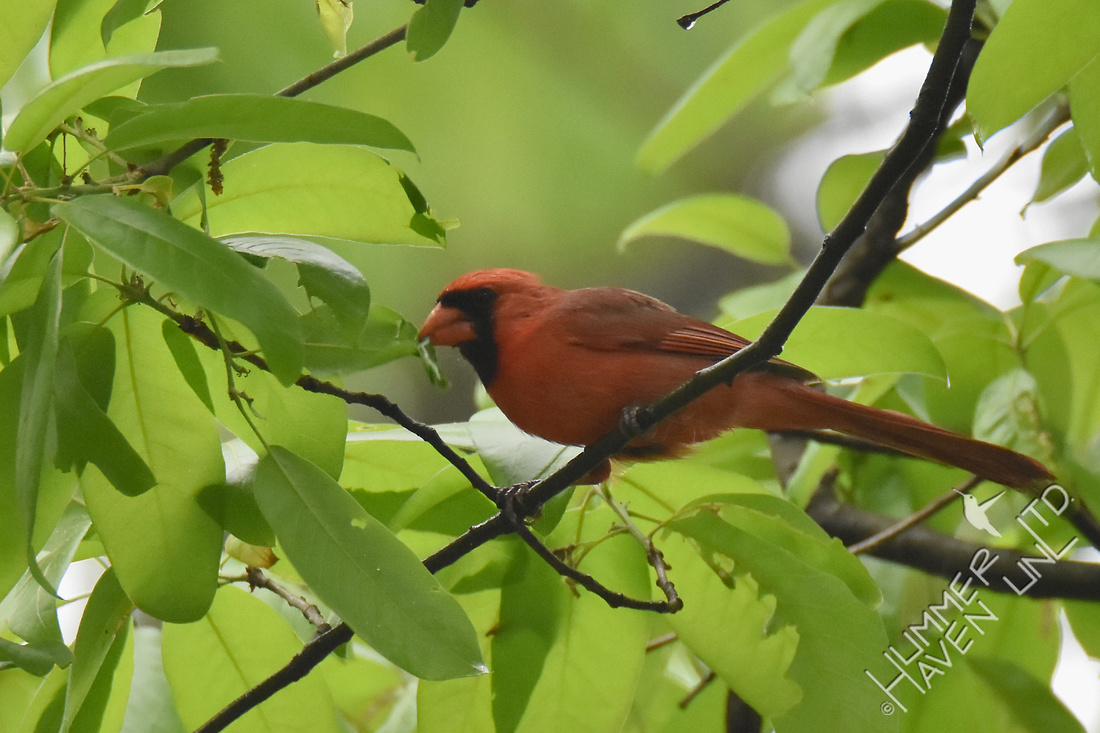 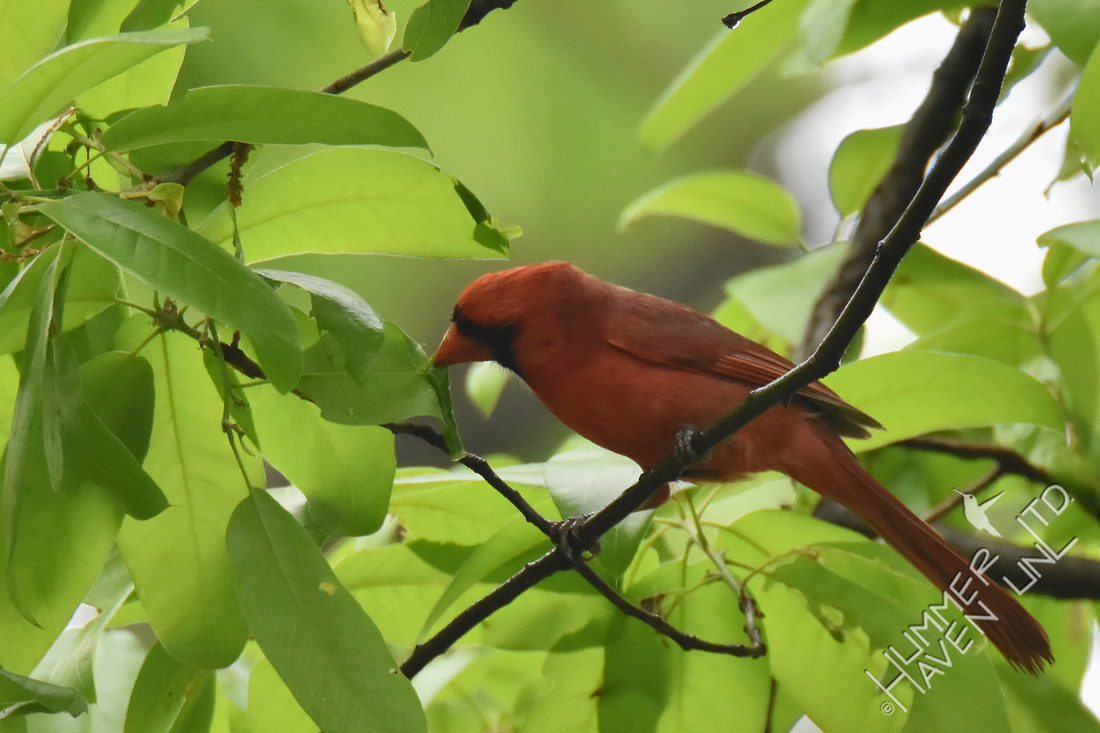 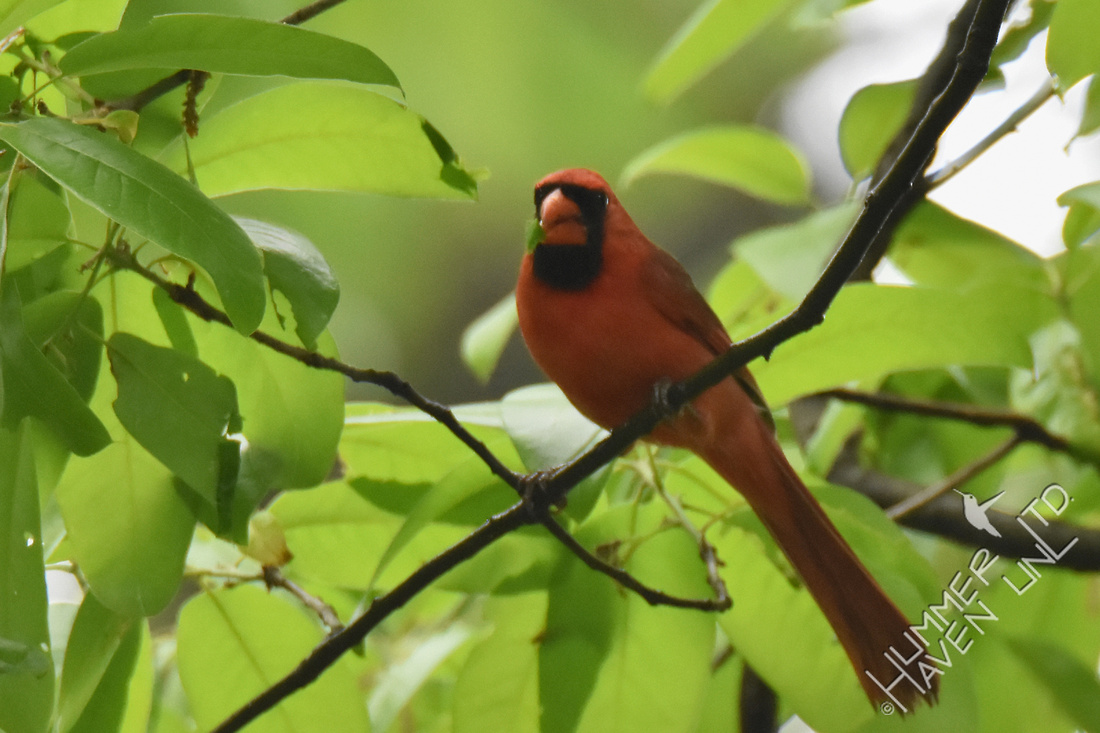 The bird had found a small caterpillar within the curled leaf. Think "button candy" being peeled off the paper. I followed the cardinal and in a split second, a Scarlet Tanager popped in to challenge it for feeding rights!  The tanager flew as thunder rumbled again. 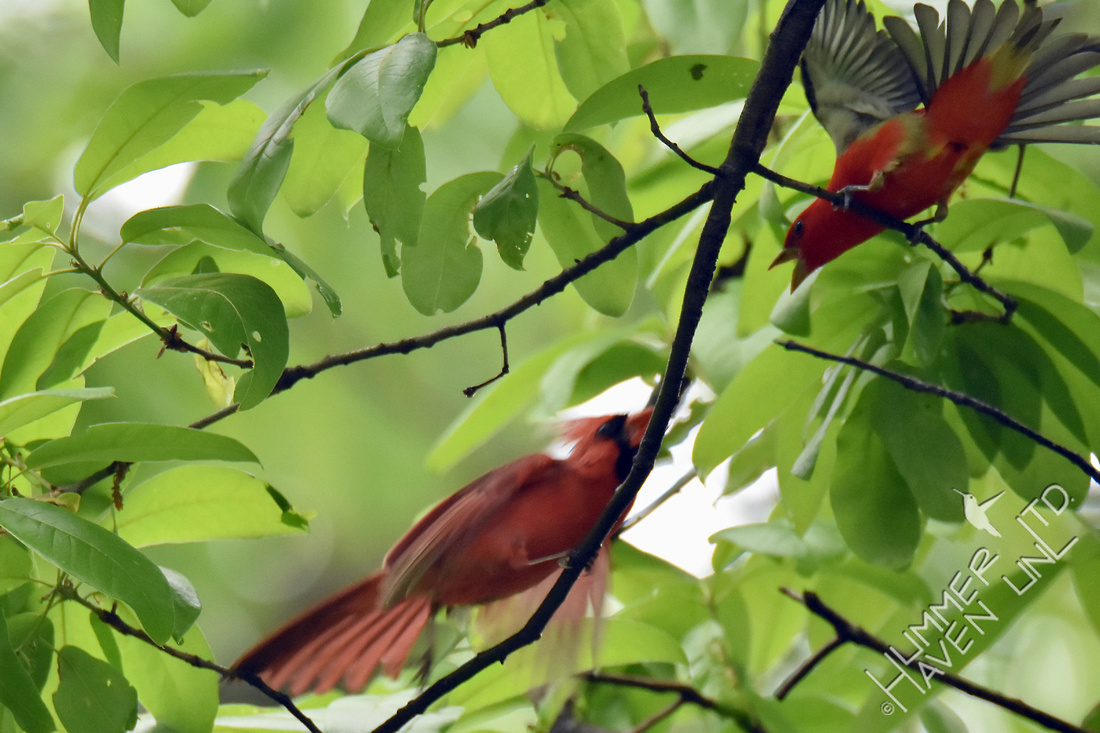 The birds are here looking for food whether we can find them or not.  The growth on the leaves has been exponential with the heat and rains.  The leaves are still soft and supple, perfect for the caterpillars to munch on as well as to provide the ideal place in which to pupate. I took a leaf from a low-hanging branch on the tree to get a look inside. 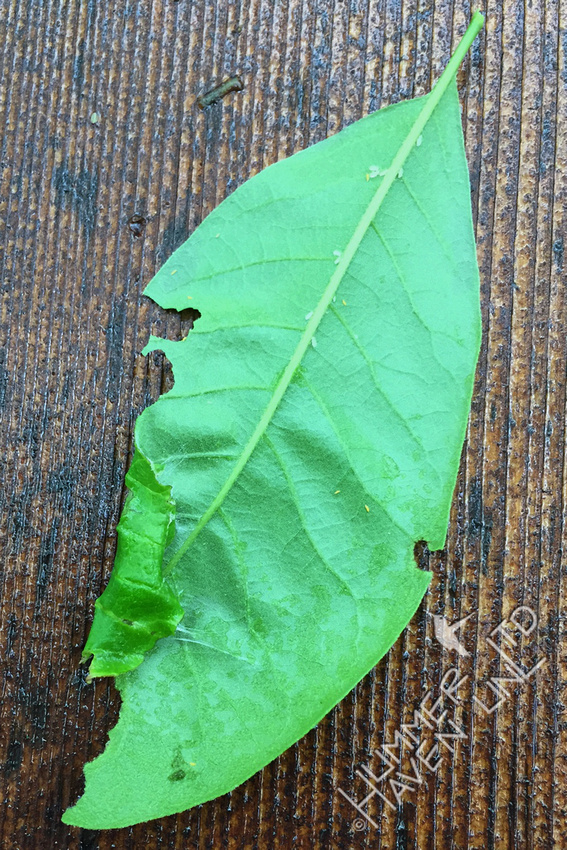 I gently began to pry open the folded area on the leaf and the caterpillar crawled out.  It was just beginning to form its sheltered space. 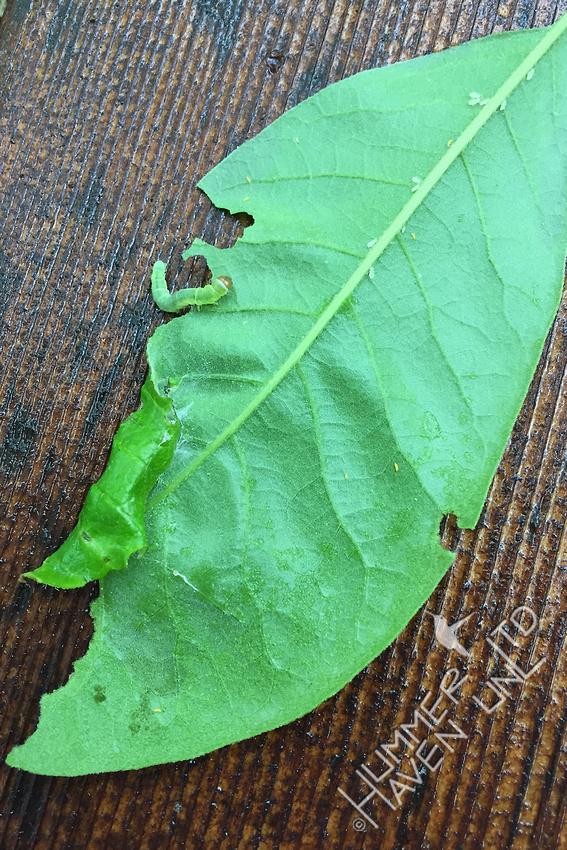 It was also in a hurry to get away.  I offered the caterpillar a twig, it climbed on and I took it back over to the oak where it found a new leaf for its temporary home.  No caterpillars were harmed in this investigation! 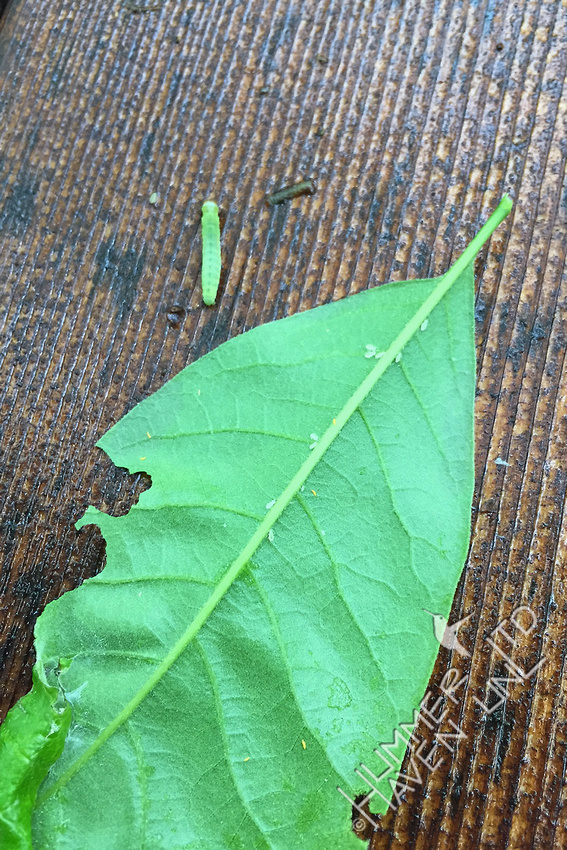 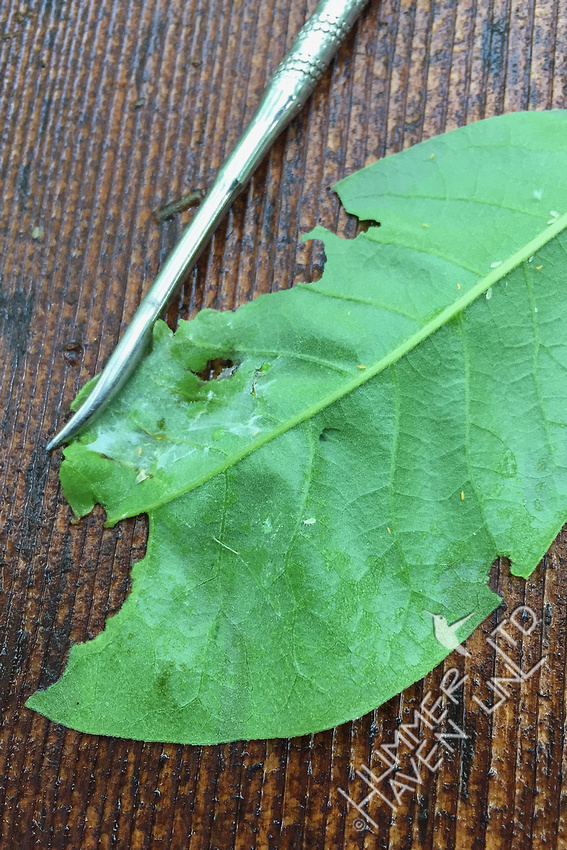 So, this is the stuff of life for these birds! Yes, the leaves get some holes, but not all the leaves are used. In fact, the birds keep the trees healthy by eating many of these invertebrates. There will be some left to become moths that will feed the next generation. There is no need for any other form of control. Stand back and the tree still looks beautifully cloaked in green.