There have been a few more sightings in the last week, though this has not been a typical spring migration here.  Many birds I usually can count on have not shown themselves and I think the storms had an impact on their movements.

The Ruby-throated Hummingbirds have been active and there are two females that come frequently to the flowers and feeders. 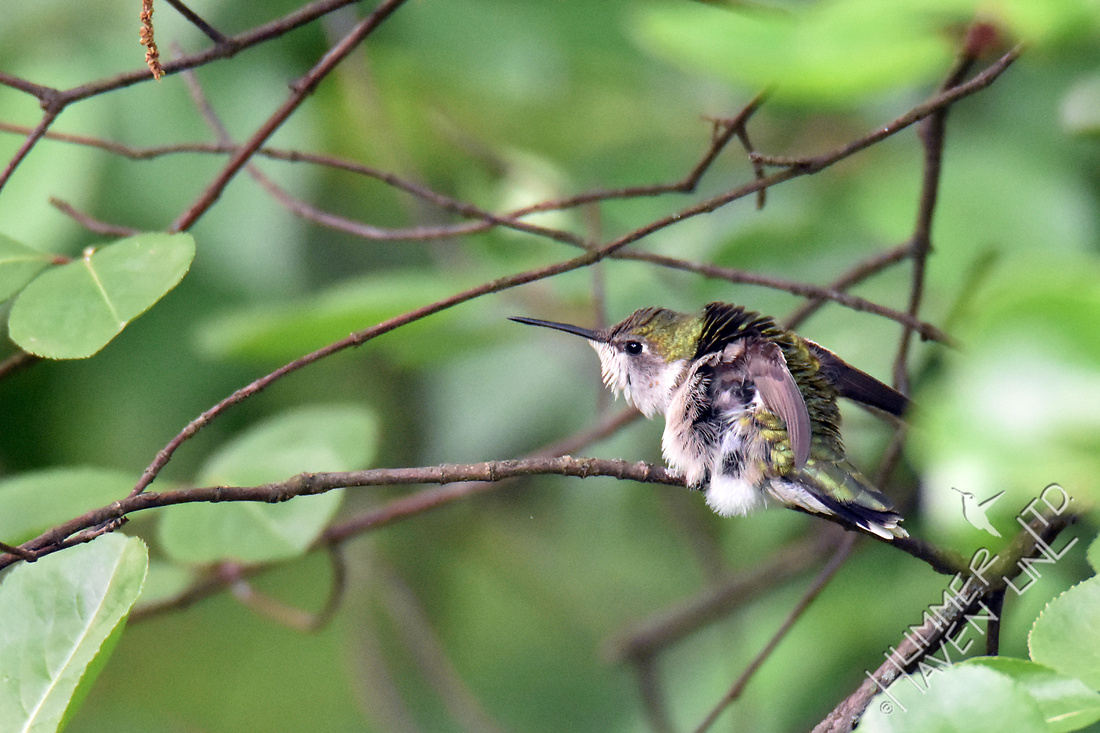 A Gray-cheeked Thrush was seen, well-camouflaged in the rocky, leaf-strewn swale. 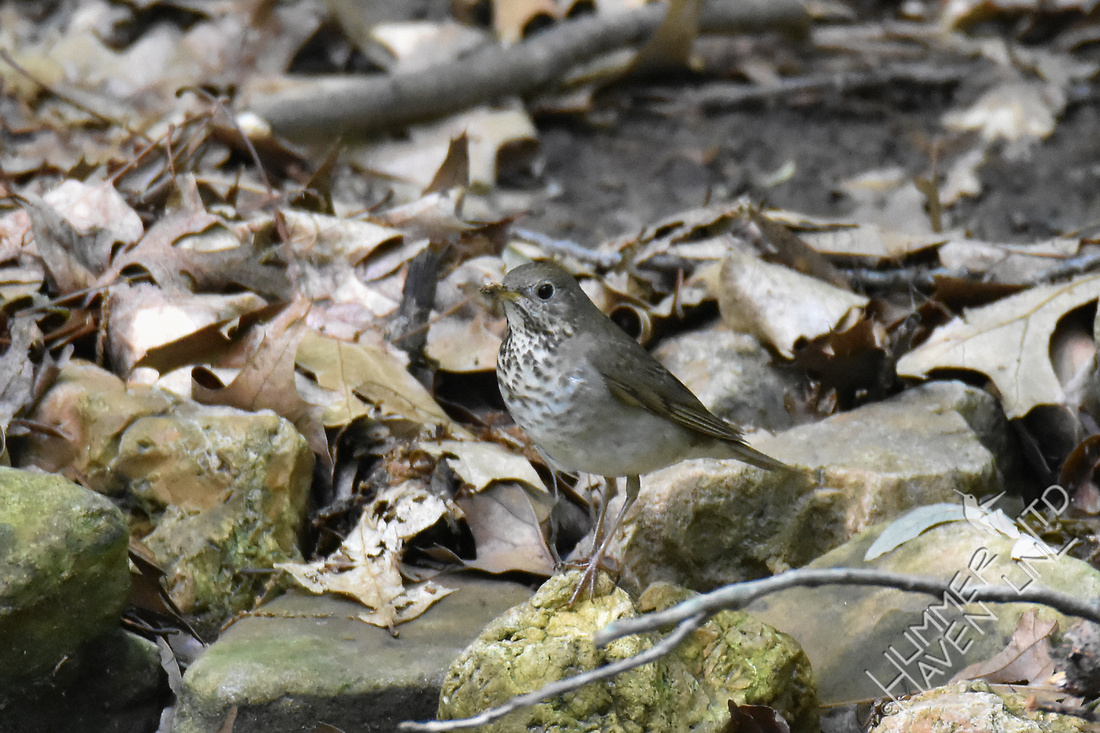 A female Blackburnian Warbler was a delight to see at the Bubbler on Friday, 5/12/17. 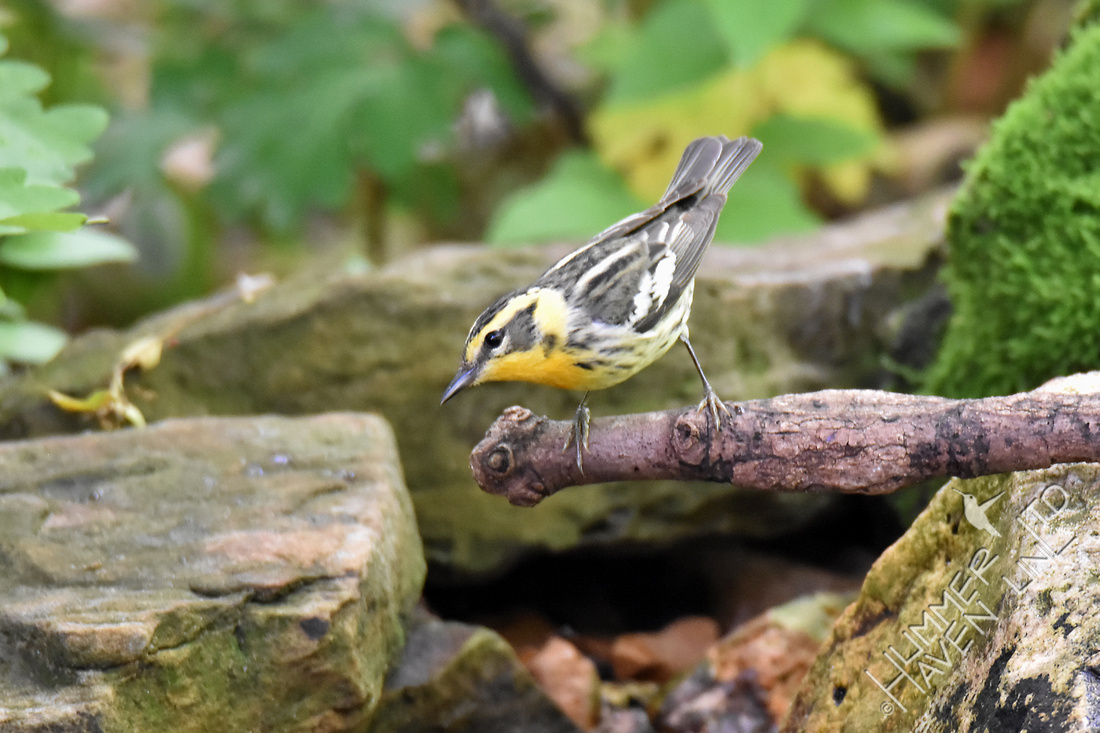 A striking Canada Warbler soon followed.  This is one of the most deeply marked birds I've ever photographed. 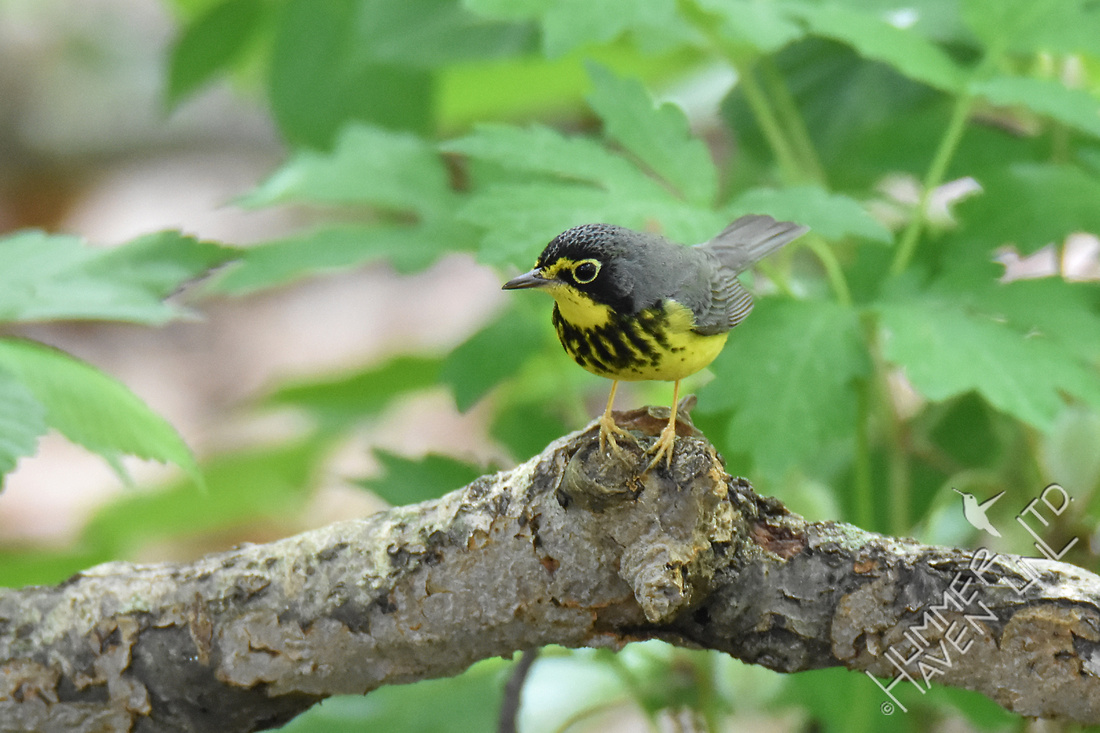 A fledgling American Robin discovered the Bubble and played in it! 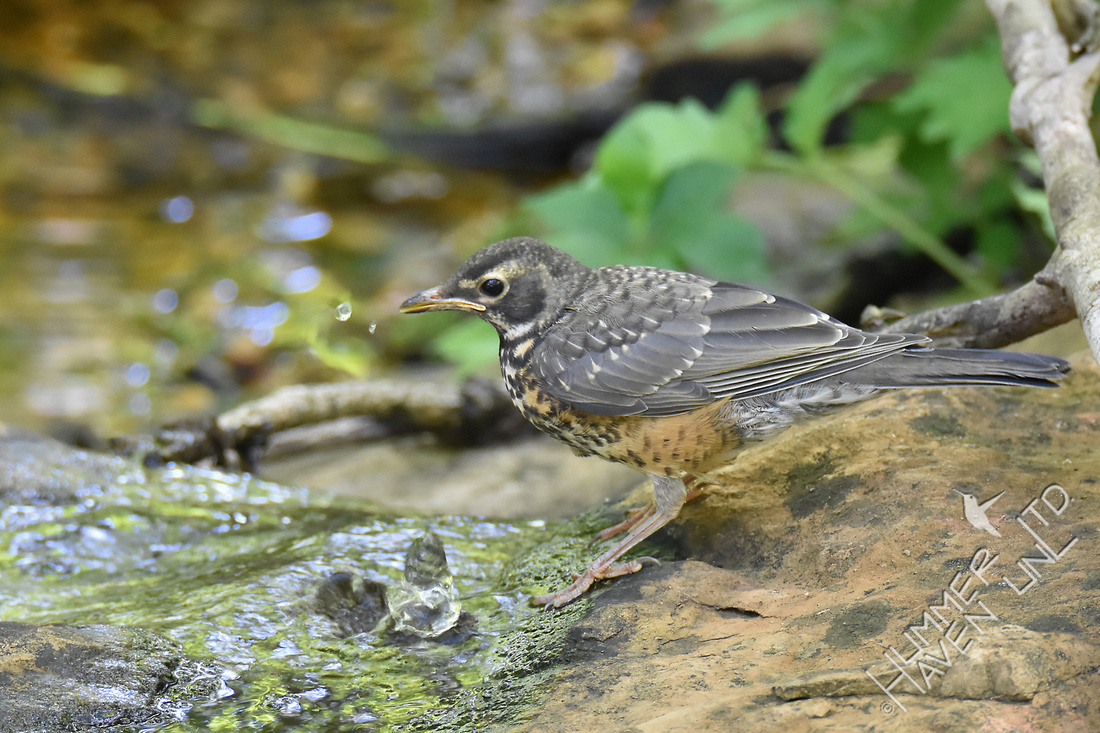 On Mother's Day, I had just decided to go inside when I saw movement in the corner of the Bubbler Basin.  The first Magnolia Warbler of the year had quietly slipped in. 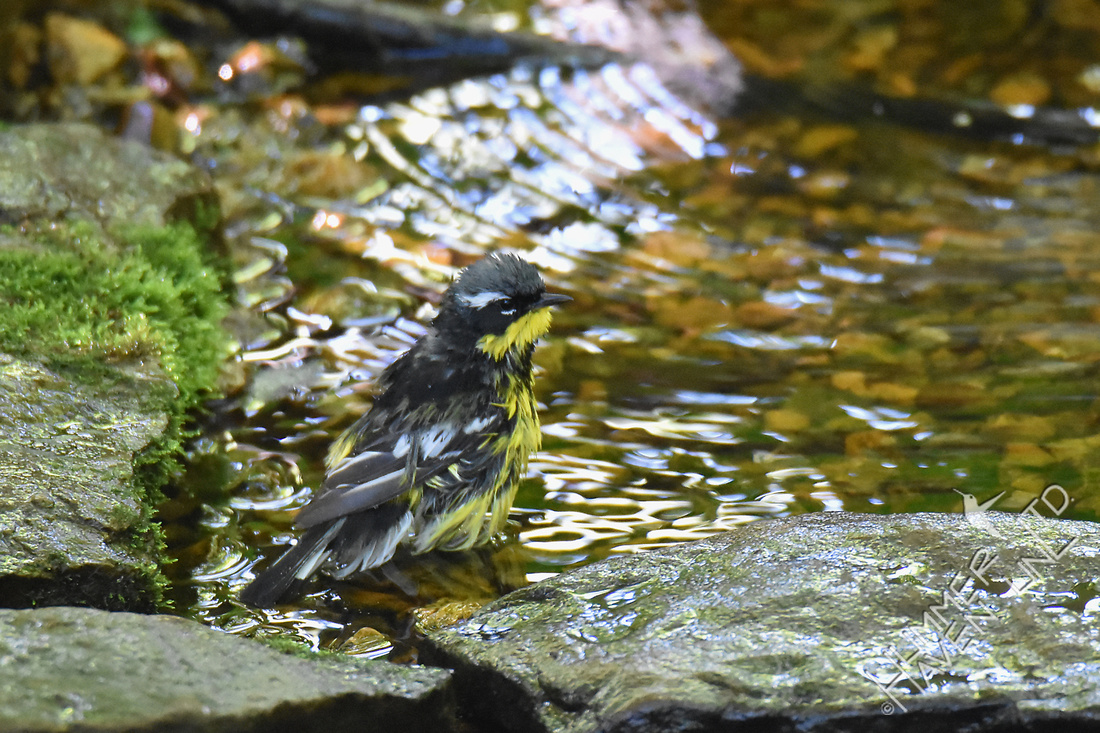 On Thursday, 5/18/17 several young male American Redstarts showed at the Bubbler together.  The following three images show first year males in different states of transition to the adult plumage.  They begin with black feathers on their faces, the last bird is nearly there. 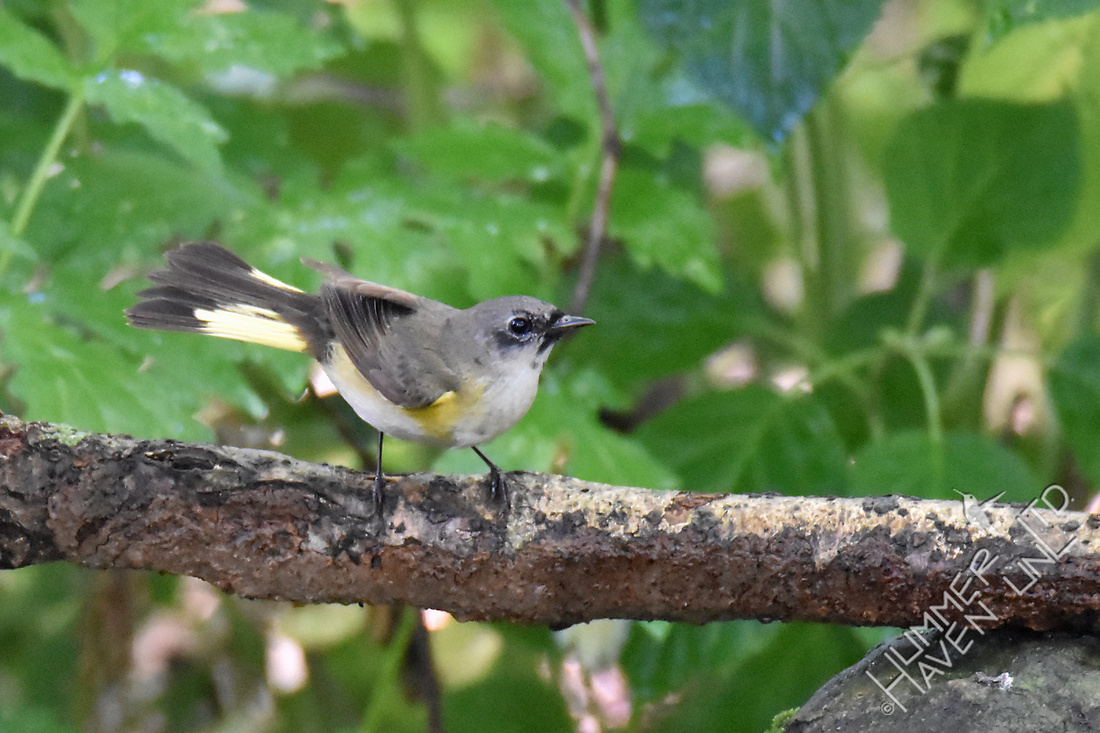 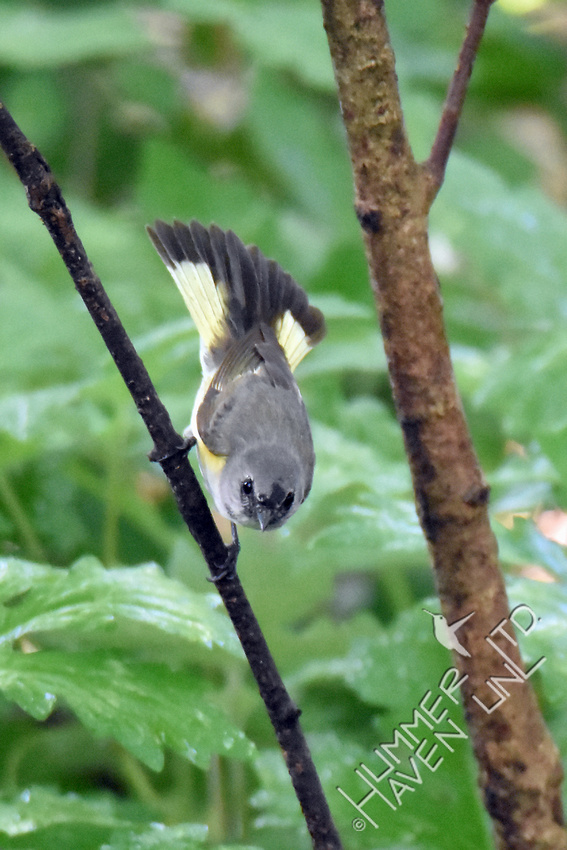 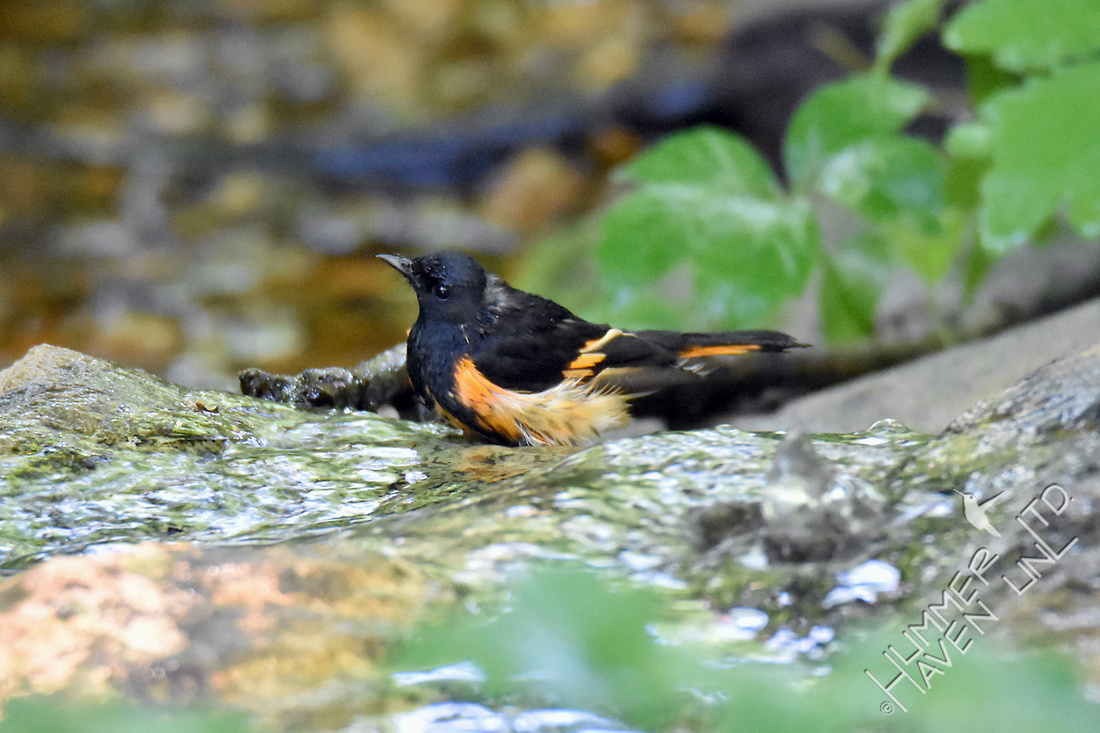 Finally, a first year male Chestnut-sided Warbler showed up.  I usually have so many of this species that I'm telling them they'd better get going.  Not this year, this is the only one that came to the Bubbler of the three individuals I had seen. 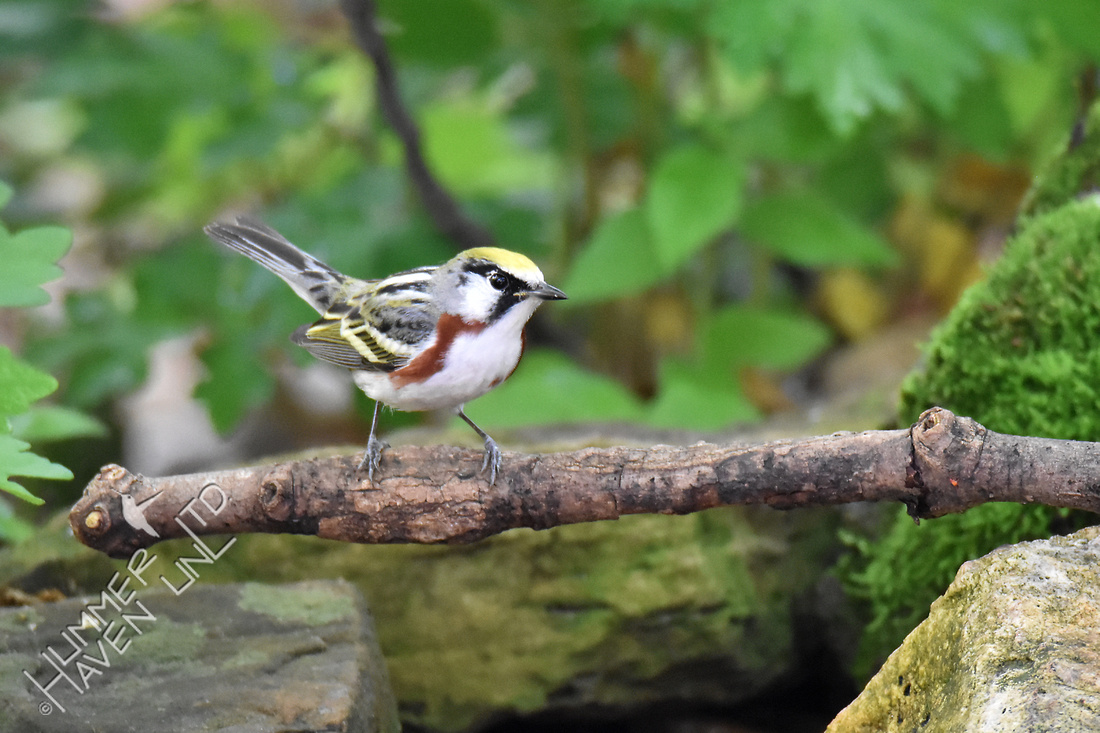 A bit later, a female American Redstart fluttered down, fan tailed.  At least, I think this is a female since the bird is not showing distinctly black feathering yet. 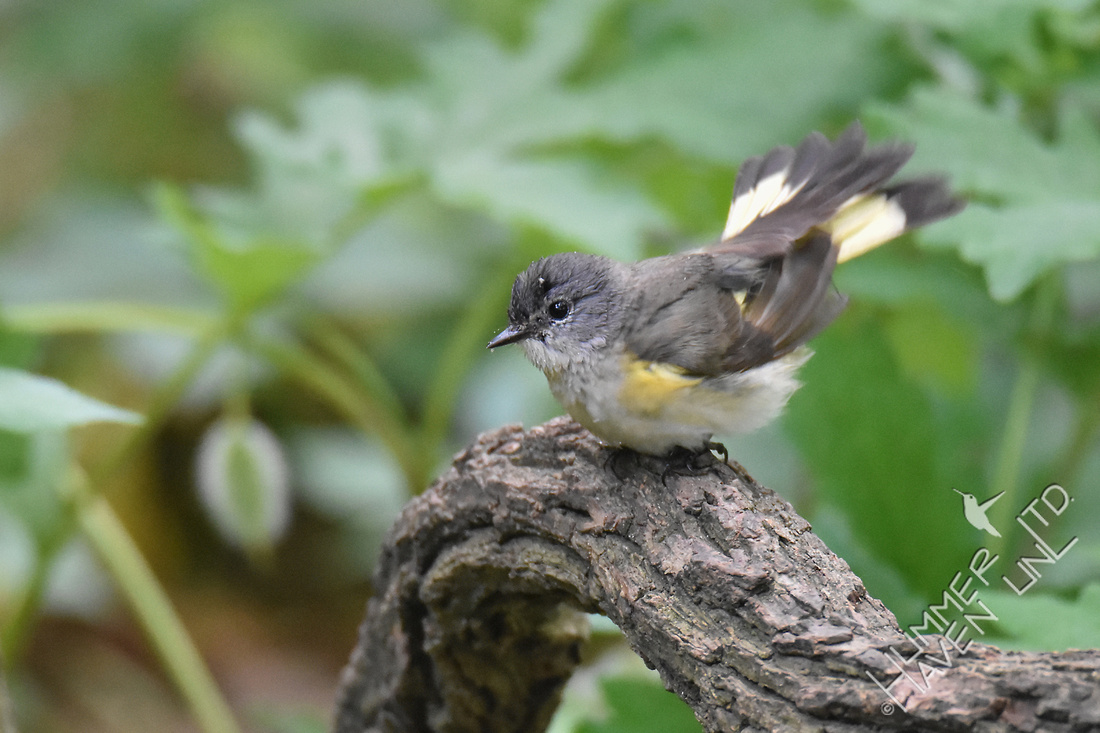 A young Northern Cardinal also found its way to get a drink.  It's heartening to see nesting success.

For all the photos since the last blog post, open this page:  Photos beginning 5/10/17