The feeders have been busy and that activity can be very attractive to hungry hawks in the winter.  Usually, we see Cooper's Hawks as they are permanent, year round residents.  But occasionally in winter, we will see another smaller accipiter similar to the Cooper's, a Sharp-shinned Hawk.  Last Friday, one came in with an explosive blur of motion.  I was photographing these American Goldfinches just as they realized the hawk was above them. 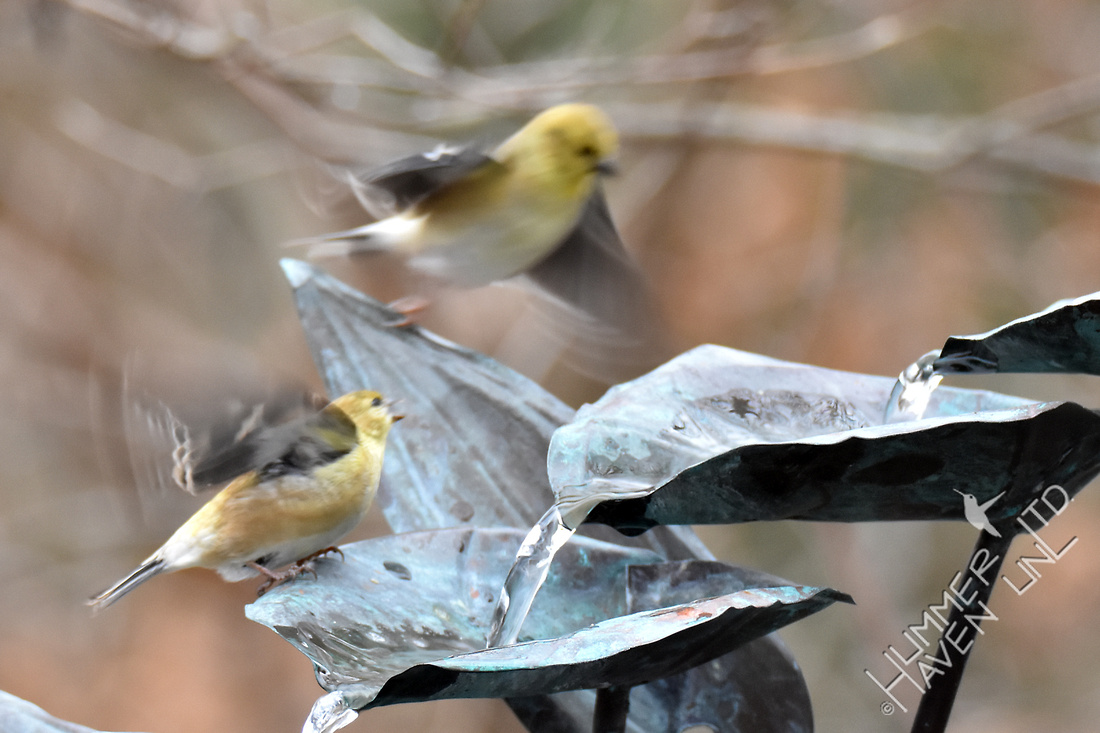 The hawk missed out on a meal, but took time to rest.  It perched on a persimmon tree near the gazebo, just below the deck railing.  I could see by the shape of its head that it was not a Cooper's.  The Cooper's is technically a larger bird with a squared-off head, but differentiating these two species in the field is challenging.  A Sharp-shinned is 10"-14" and a Cooper's is 14"-20" with the female of each species being larger than the male.  That means a female Sharp-shinned is very close to the size of a male Cooper's. 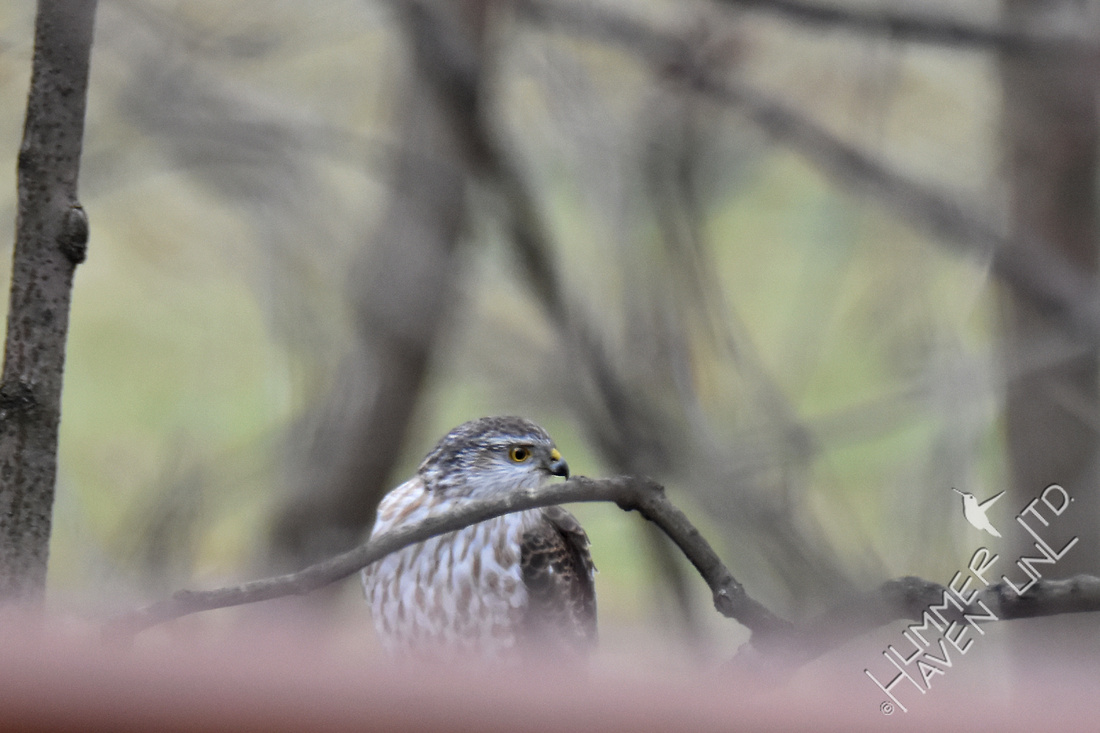 This was a young hawk and had the white superciliary line, i.e. line above the eye, typical for a Sharp-shinned.  Its legs are like pencils, the tail notched and usually square shaped at the end.  The bird stayed on this branch for several minutes before taking off like a shot to the west. 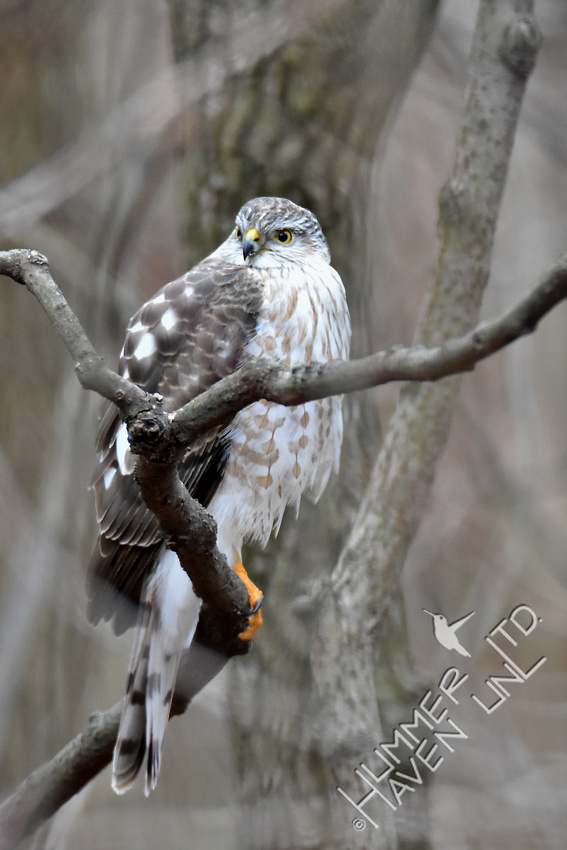 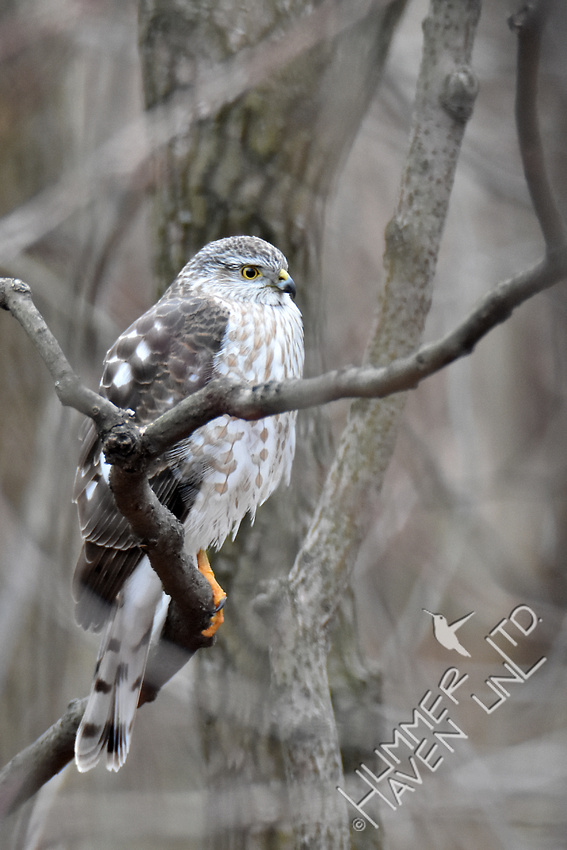 Here is a composite photo showing the two species of birds at about the same age in different winters.  For more information about the Sharp-shinned with comparative photos, check out this page:  Sharp-shinned Hawk 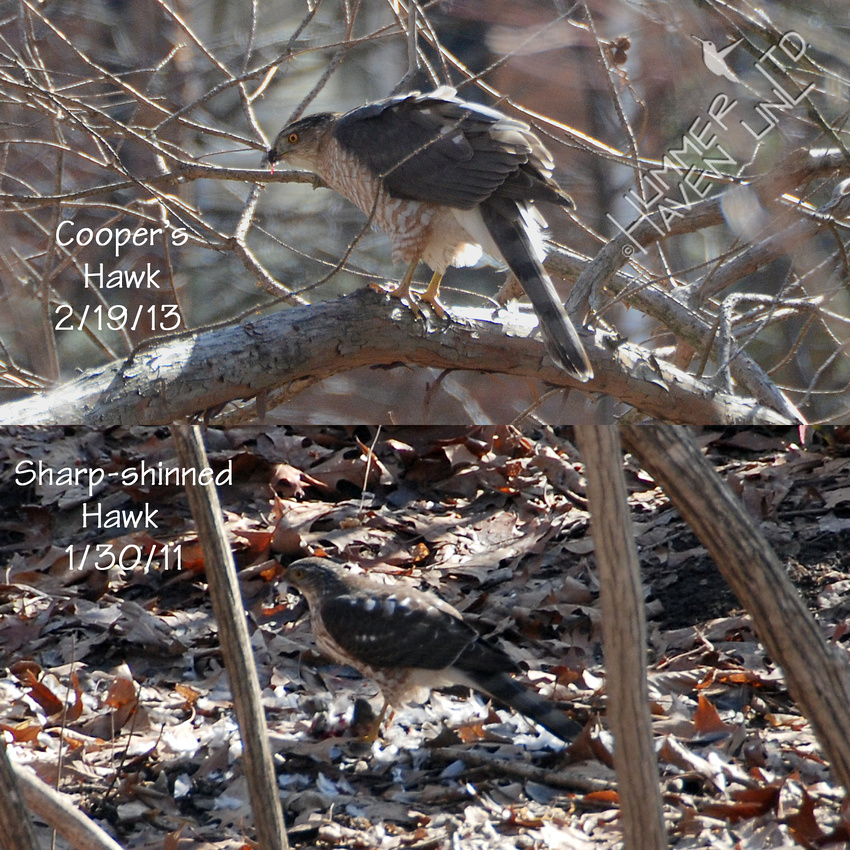 In other news, the birds are singing a bit more, tuning up for spring and male goldfinches are beginning to get brighter yellow and even black head feathers in their plumage. 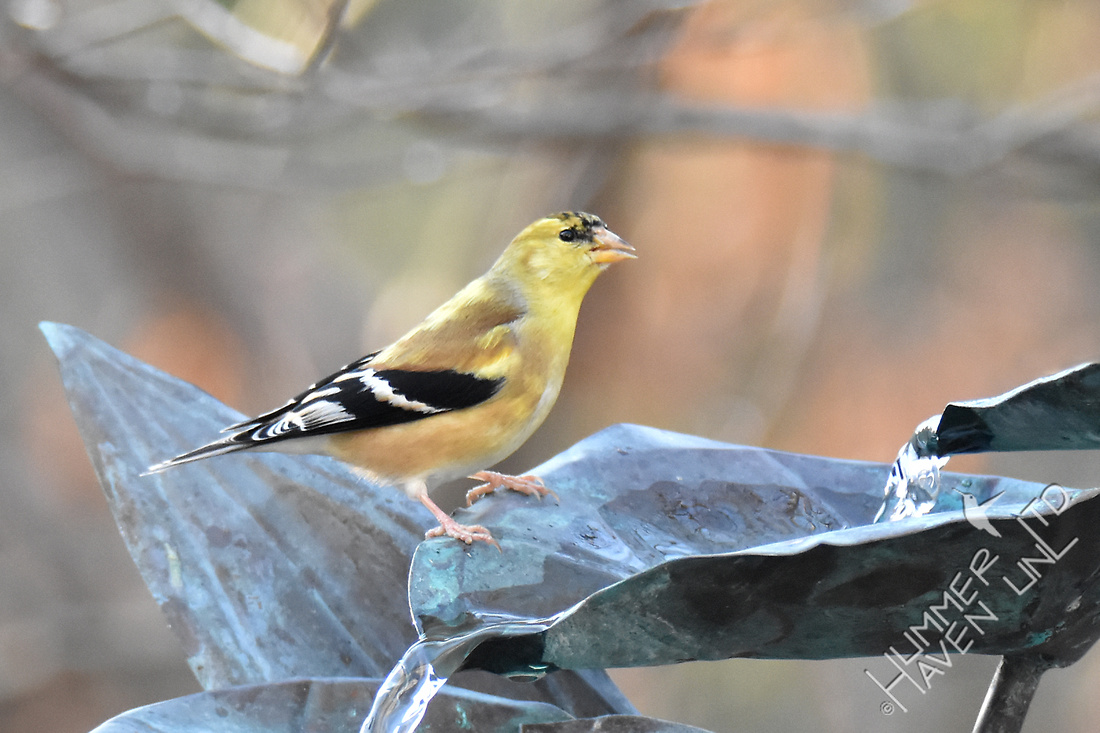 Dan made a new feeder to hold "bark butter" and it has attracted Hairy and Downy Woodpeckers, White-breasted Nuthatches and Carolina Wrens thus far.  This Hairy Woodpecker was the first to investigate it. 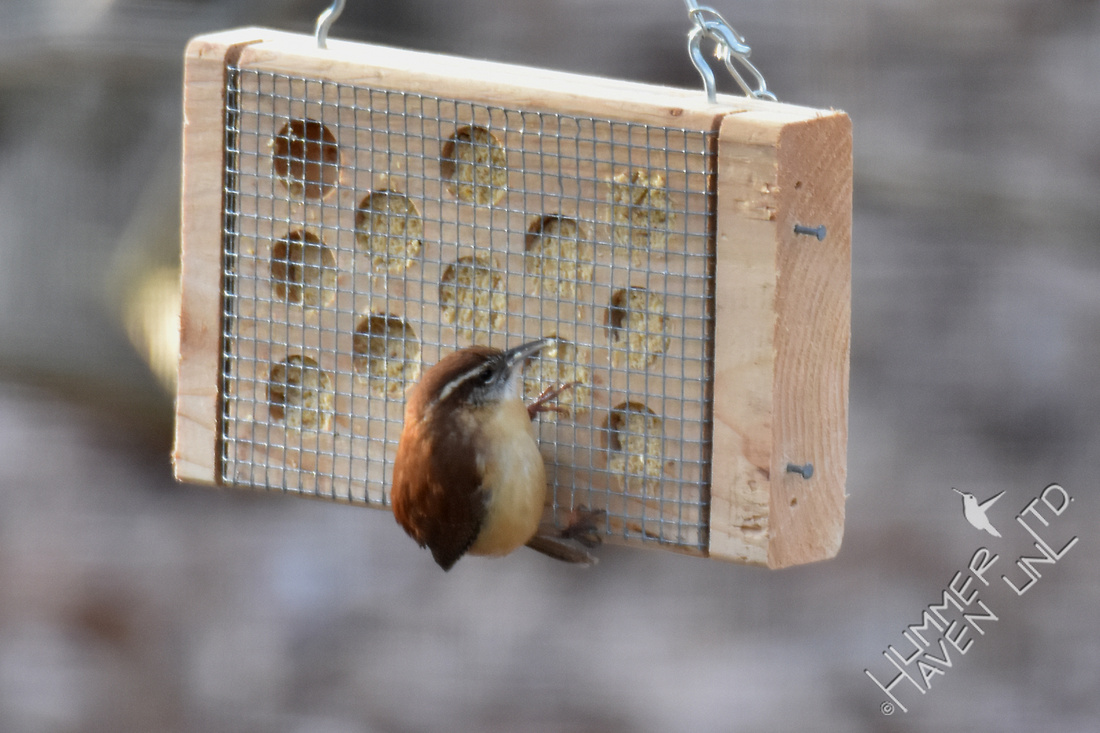 Yesterday, a Yellow-bellied Sapsucker returned to the yard after having been away for a while.  So, the mix of winter birds will continue as the season progresses.  We have gained 47 minutes of daylight since the Winter Solstice on December 21.   January ends today with 31 species for the year in the Yard, 26 at the Bubbler. 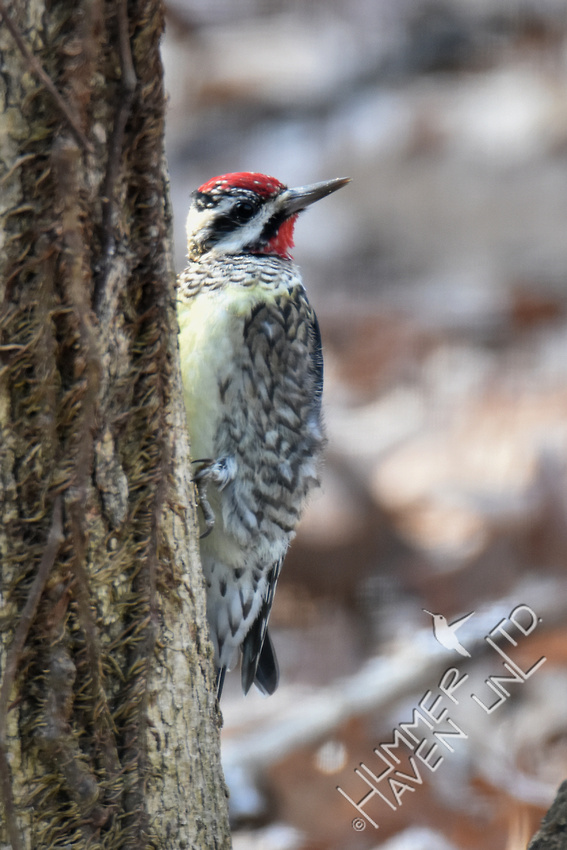