We've gained over an hour of daylight since the Winter Solstice.

The Pond Cam caught the first ghostly appearance for the year of a Barred Owl on Wednesday, February 1.  We heard it in the woodland early Friday morning.

Birds have been singing, Mourning Doves were seen mating and a Hairy Woodpecker has been working on a nest hole in a Black Cherry snag (Prunus serotina). 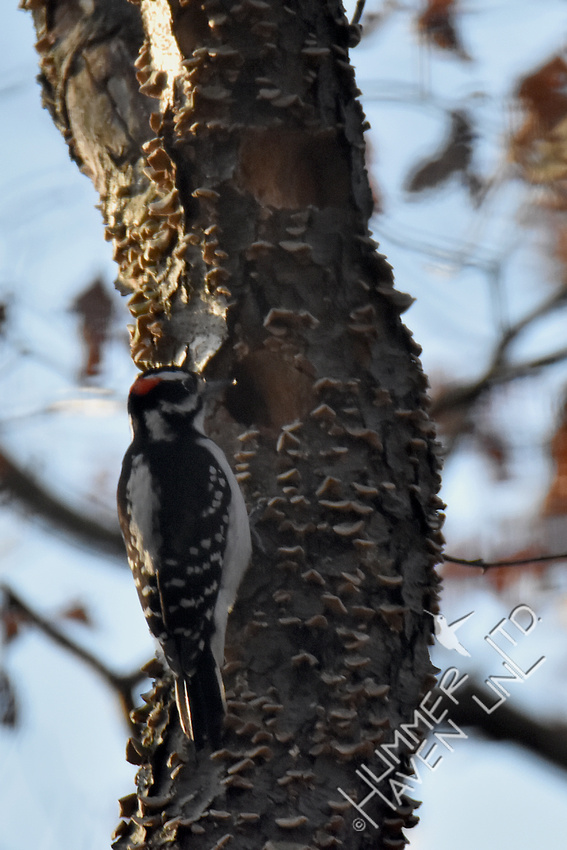 This would be the first time we've had nesting activity of this species in our yard.  You can read more about the Hairy Woodpecker and its habits here:

Birds are still using both the bark butter feeders, but the Brown Creepers have not yet figured them out.  So, I put some bark butter on a few trees for the creepers one cold morning.  This bird found the motherlode! 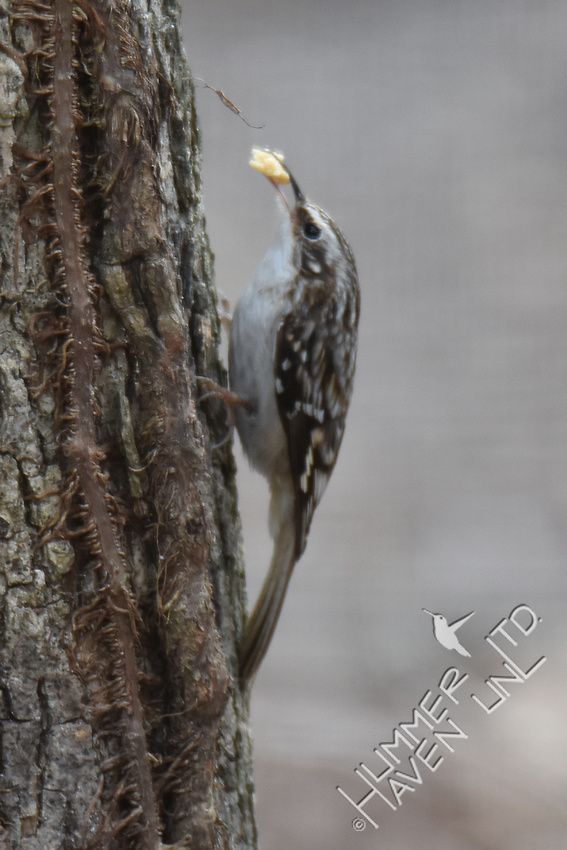 I discovered a nice surprise on Sunday morning when I checked the Bubbler Cam.  One of the healthy foxes had stopped in to drink at the bubbler about 4 a.m.  Oh, would I love to see a family of these beautiful animals again.

Later Sunday afternoon, a young hawk flew into the woodland to hunt, landing on a tree near the Bubbler.  It sat there awhile, looking in every direction.  I eliminated Red-tailed, Cooper's and Sharp-shinned and was pretty sure of the species of hawk before me.  Even though it is considered common, I had not photographed a juvenile in winter here before. 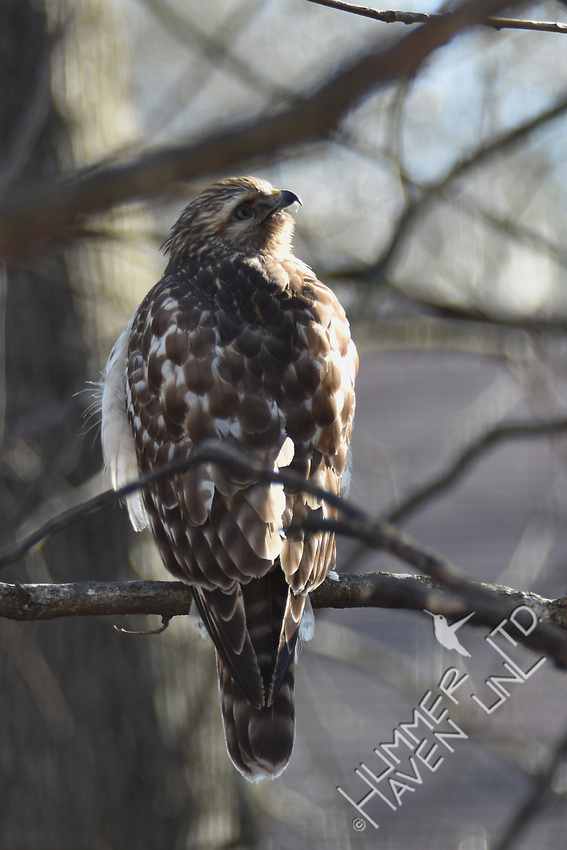 The hawk flew over to the sugar maple by the pond, then dove down into the leaf-mulched flower bed, hoping for a meal of mouse or vole, but came up empty.  That hunting behavior also fit the profile of this species.

It moved to a branch out near the street, preening in the late afternoon sunshine as people passed by with their dogs, oblivious to its presence. 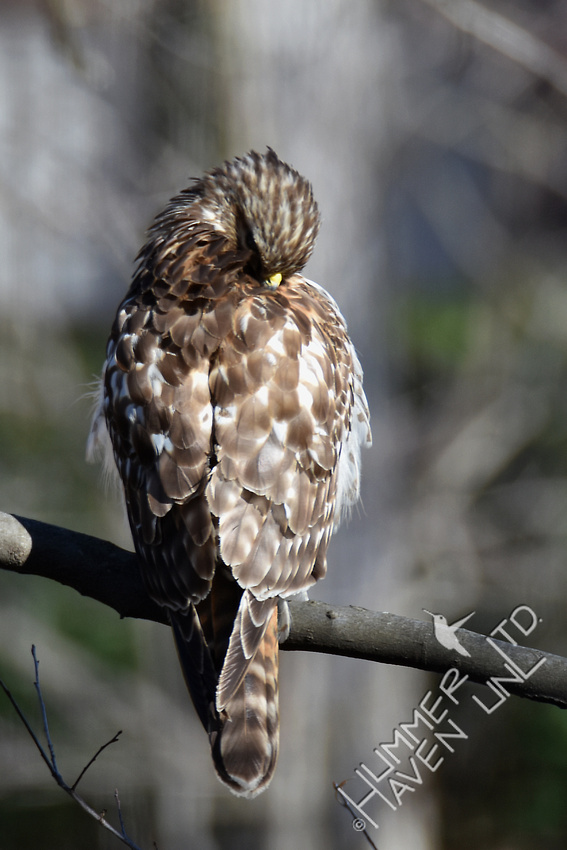 Soon, it flew to the ground again but before I could re-focus, it spread its wings, flew toward me and confirmed its identity - a Red-shouldered Hawk. 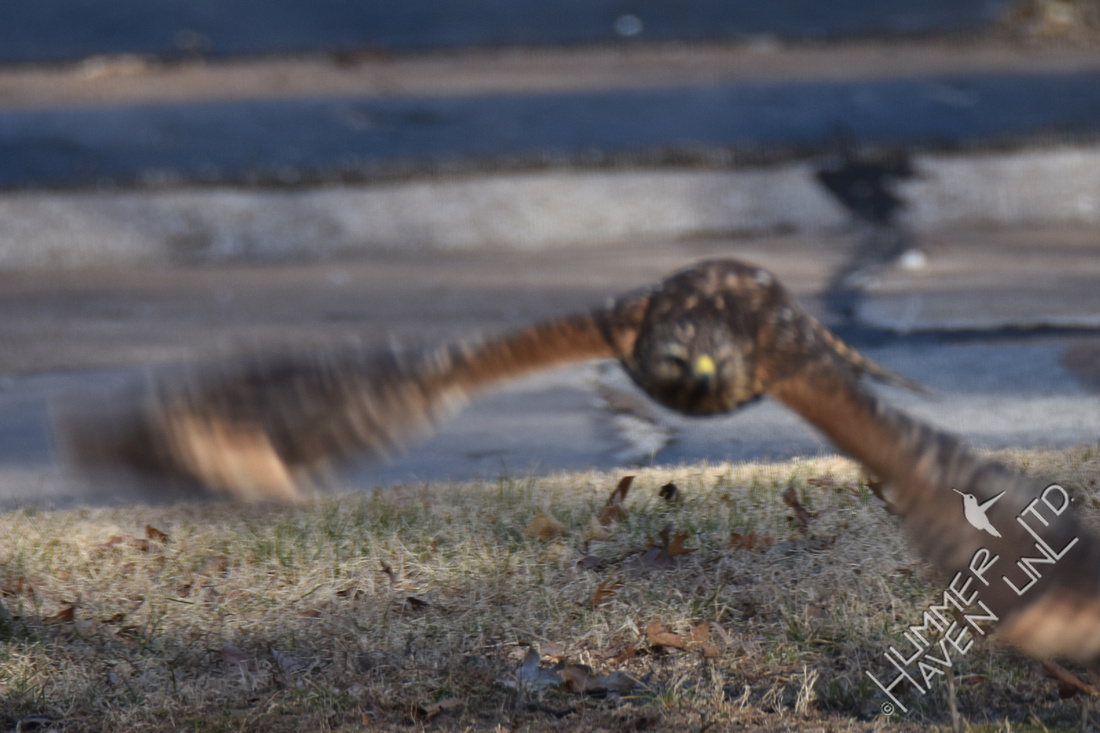 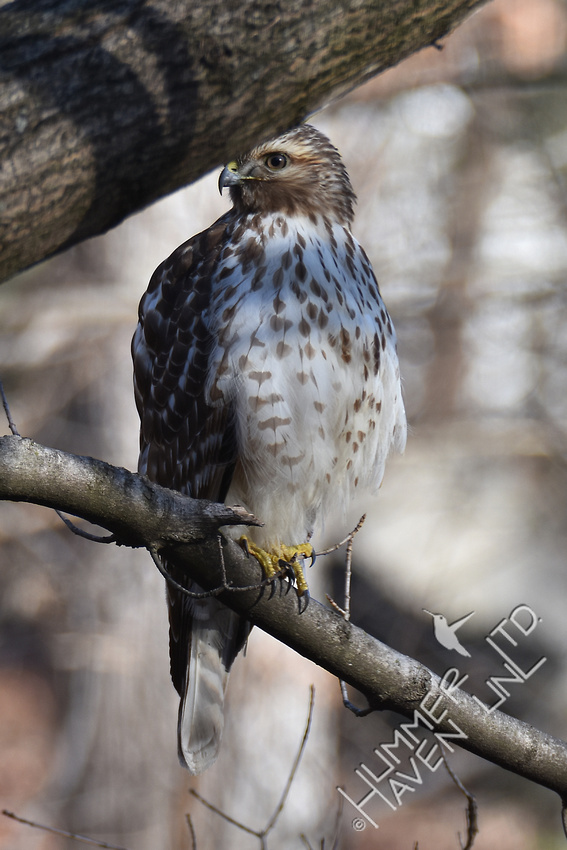 What a beautiful young bird, I hope it has better luck next time finding some food.  It's tough being a hawk.  Learn more about this species:

Today, the high reached 65.5 degrees and it was good to be outside doing a bit of pruning. Dan changed the filters on both ponds and the birds lined up to bathe.  We're all anticipating spring, though roller coaster temperatures will stay with us. 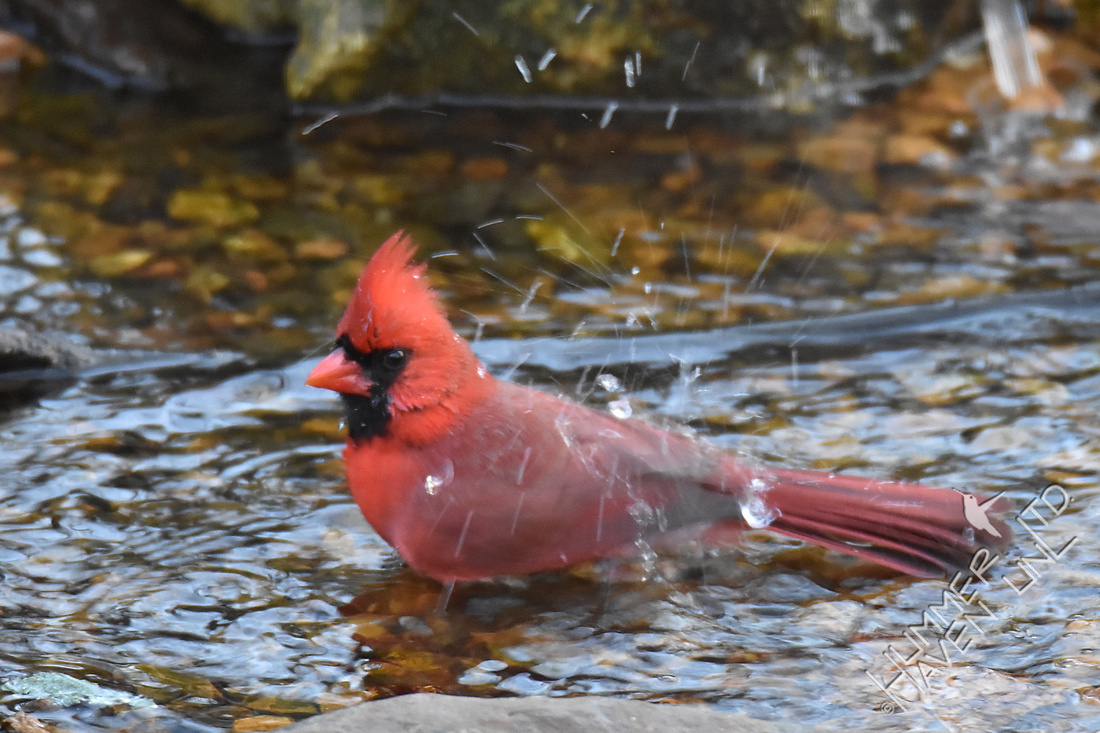