Happy and Healthy New Year to all!

Our 'natural year' has already had a few surprises in the first week. On December 31, I was amazed to see a Golden-crowned Kinglet pop in to try to get a drink at the bubbler. It was there only seconds, but I was able to confirm it with binoculars.  I hoped it would return on January 1, but instead there was a Ruby-crowned Kinglet that did the same thing before a squirrel spooked it. There were 21 species on the first day of the year, including a Brown Creeper. There have been 1 or 2 creepers every day thus far. 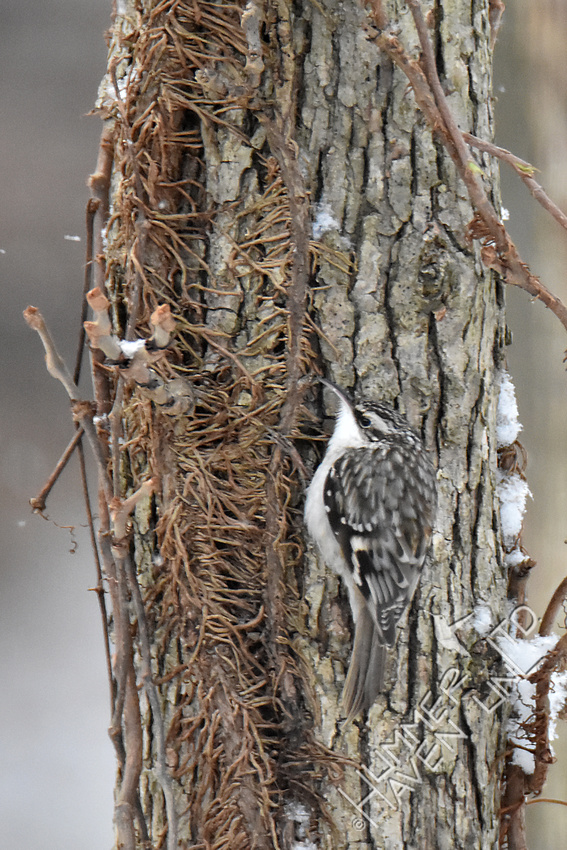 Winter days give me the opportunity to see a lot of the usual suspects, like Northern Cardinals. The females vary quite a bit in coloration, some in much richer shades than others, and some more tan or gray. 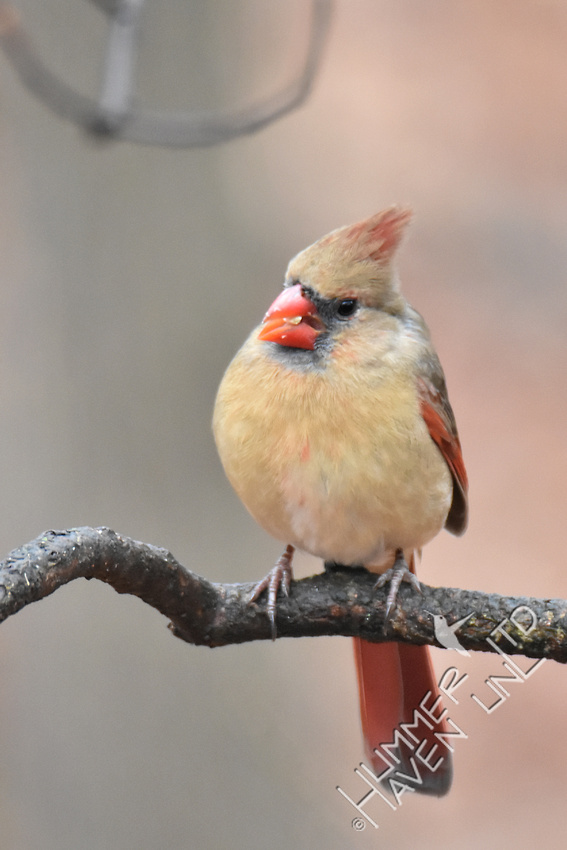 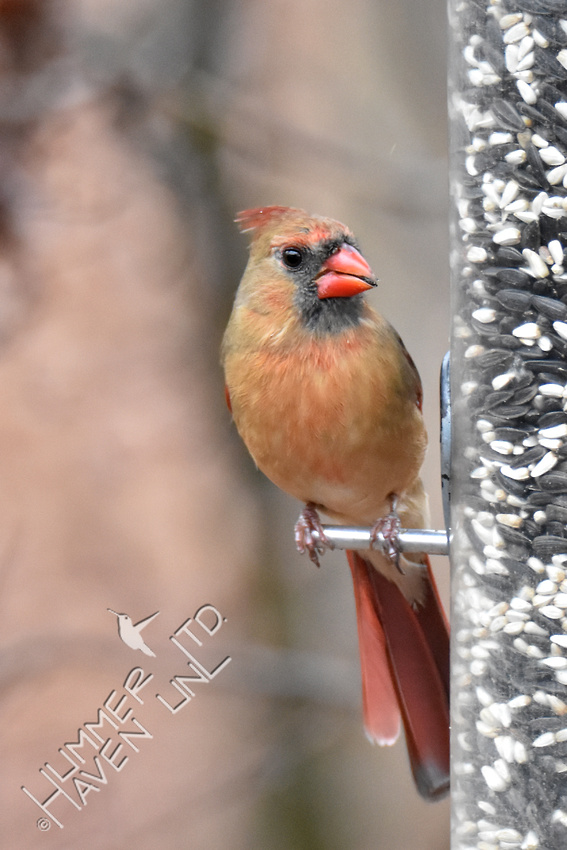 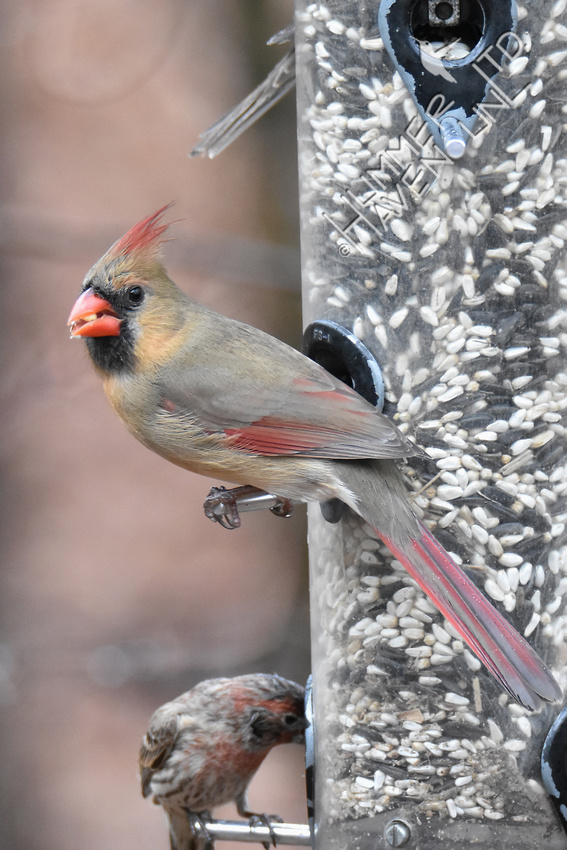 Tuesday, January 3, started out foggy and even misty at times. But the birds were still out in good numbers. It was in the mid-forties in the morning and temperatures dropped off during the day.  I watched birds closely until about 9:30, when Dan and I had to take care of some matters.  We returned and I checked the cameras only to find that a Great Blue Heron had dropped in to check the pond while we were away! There was also a lone Rusty Blackbird caught on the Bubbler Cam. I re-found the Rusty Blackbird as it checked out the bubbler area, but dipped on seeing the Great Blue. 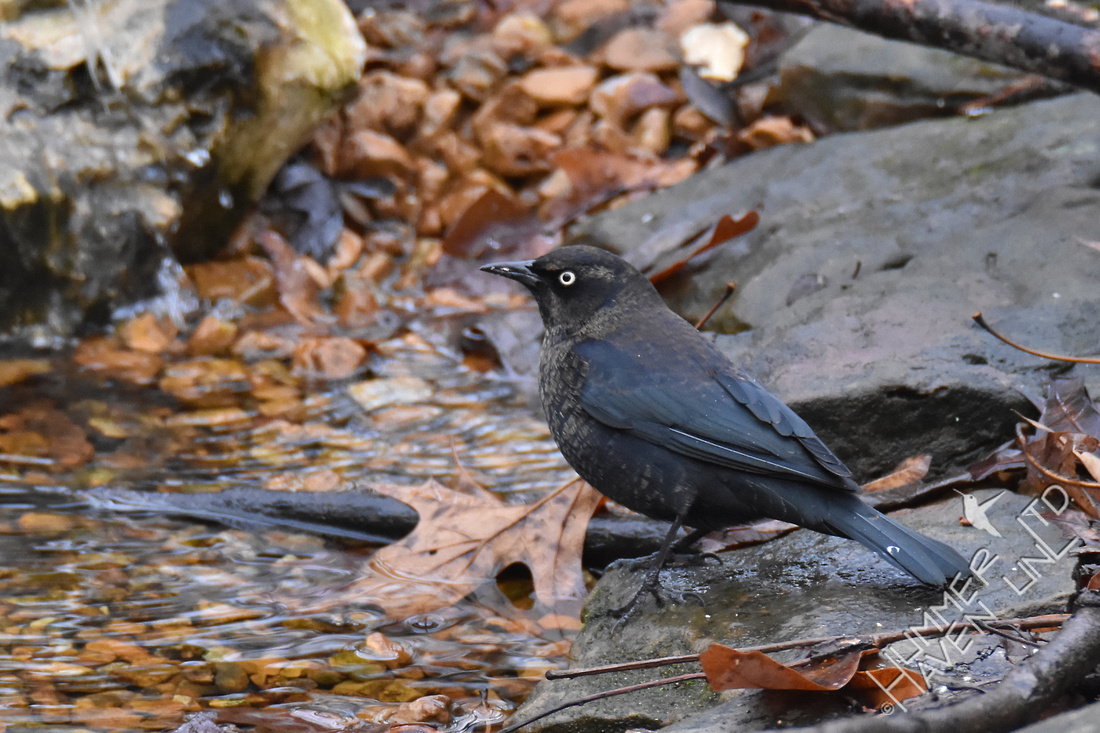 On Wednesday, January 4, Red-tailed Hawk and Yellow-bellied Sapsuckers were added to the year list.  There have been 3 sapsuckers seen since then- 2 males who chase each other and a scruffy female that showed up at the Bubbler on Friday, January 6. 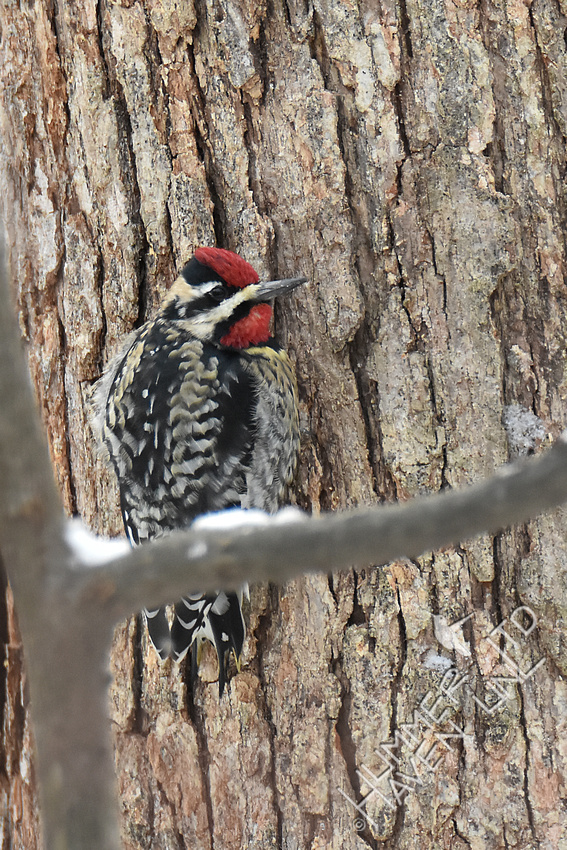 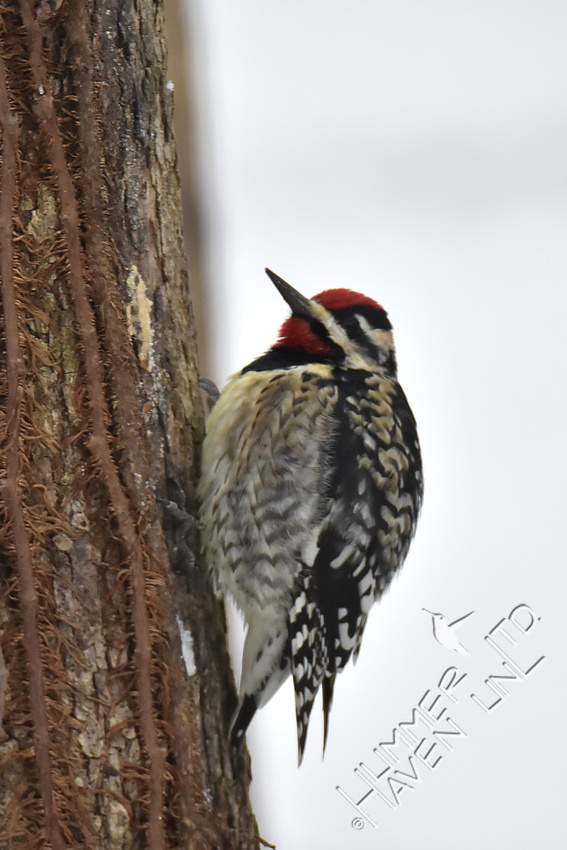 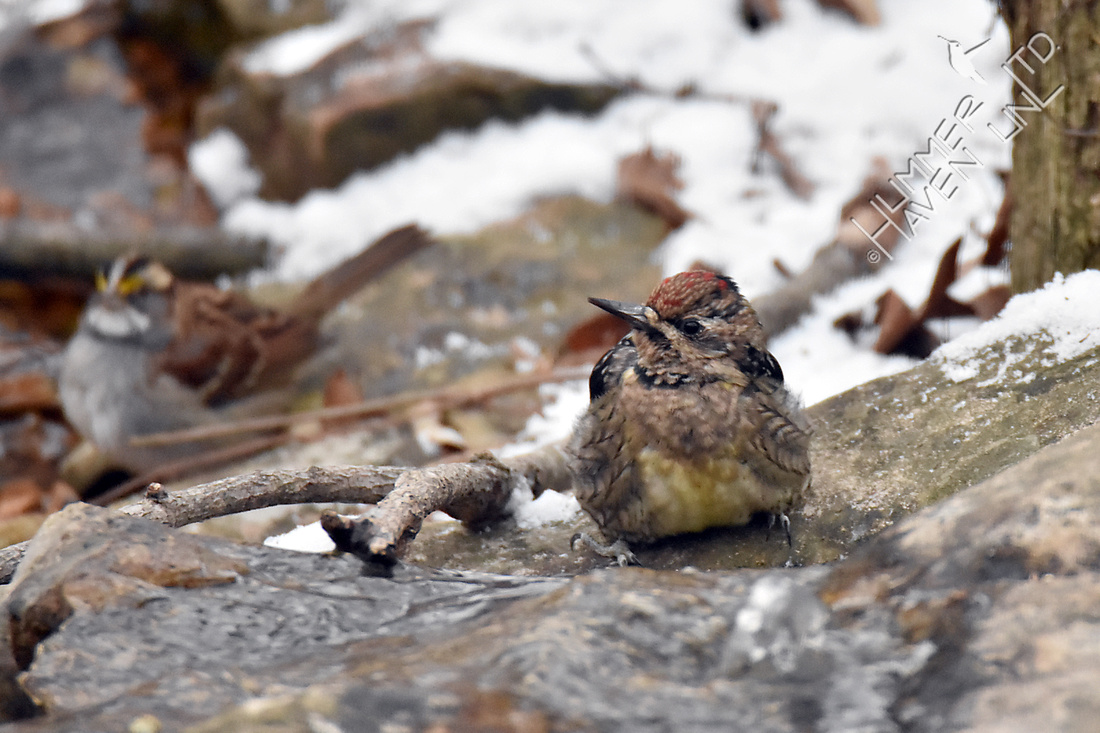 We had an inch and a half of snow on Thursday.  Some birds are content to eat the snow when they get thirsty, but birds have been busy at the Bubbler and the Fountain, too.  An American Robin, Dark-eyed Junco and American Goldfinch are just a few of the constant stream of visitors. 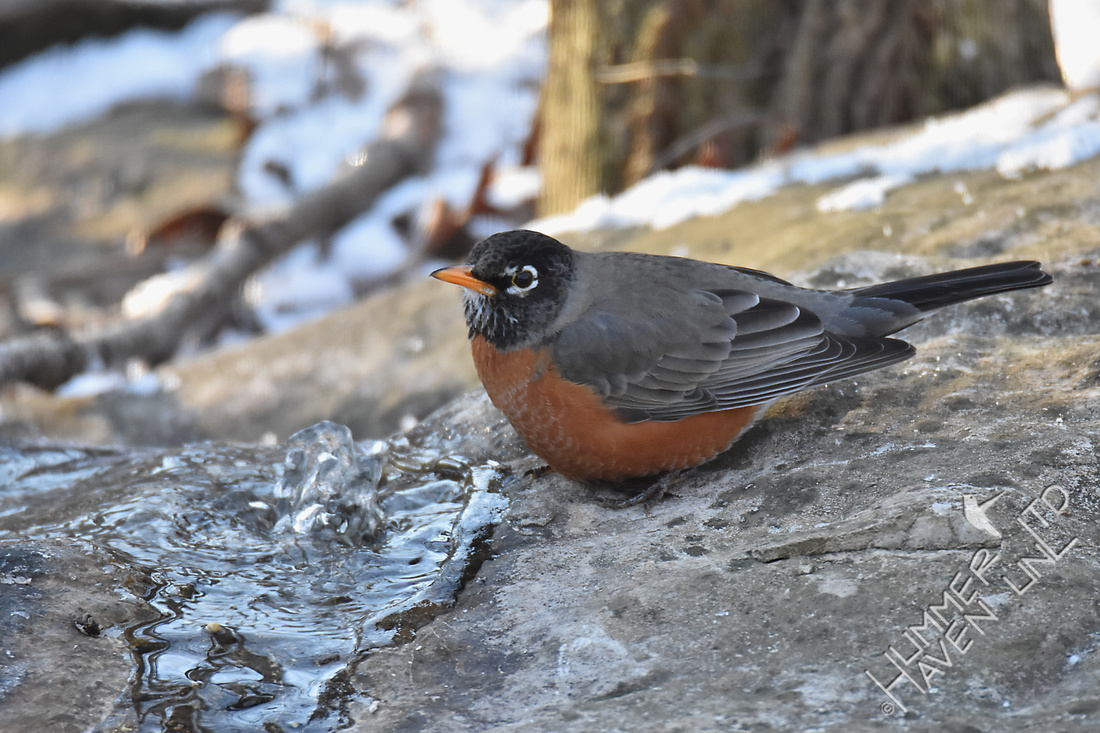 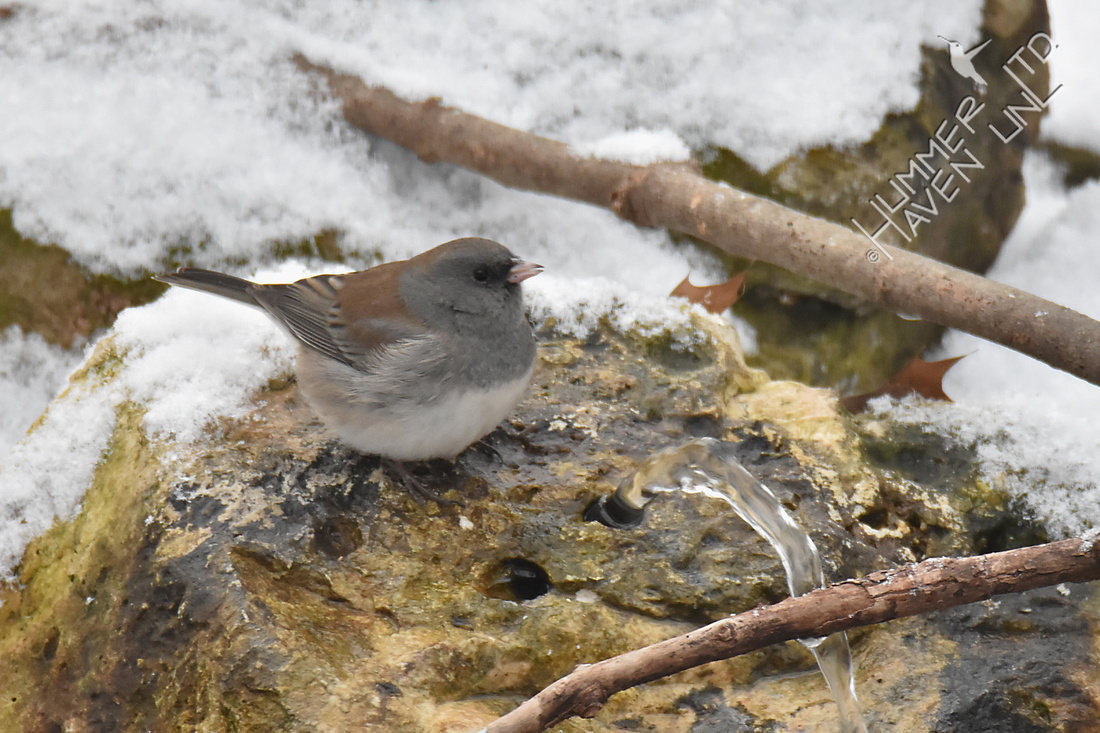 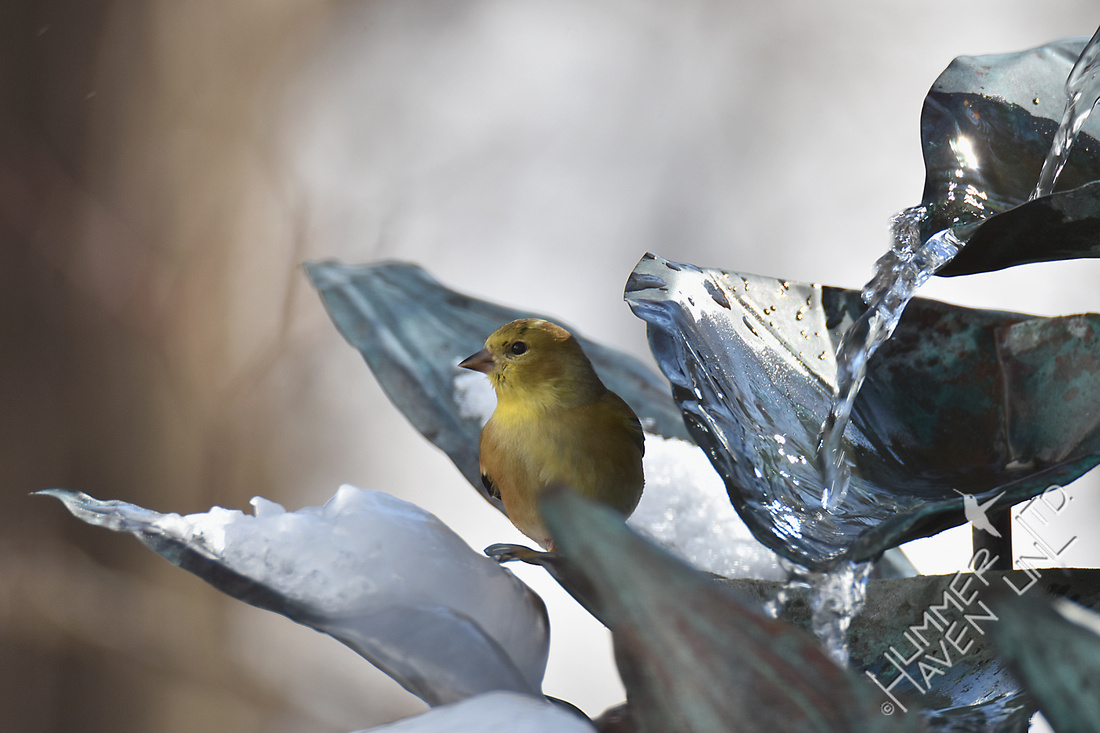 Here is a video with the Great Blue Heron heading to the pond (it comes in on the left side), the Rusty Blackbird and the Red Fox.

To see all the photos from this first week, take a look at the new gallery:      2017 Birds at Shady Oaks