The forecast was dire - three days of intermittent freezing rain and significant ice accumulations.  The birds seemed to sense the changes in the air and were already busy ahead of the storm on Monday, January 9.  A tiny bird caught my eye, moving speedily along branches, even upside down to find larvae to sustain it. 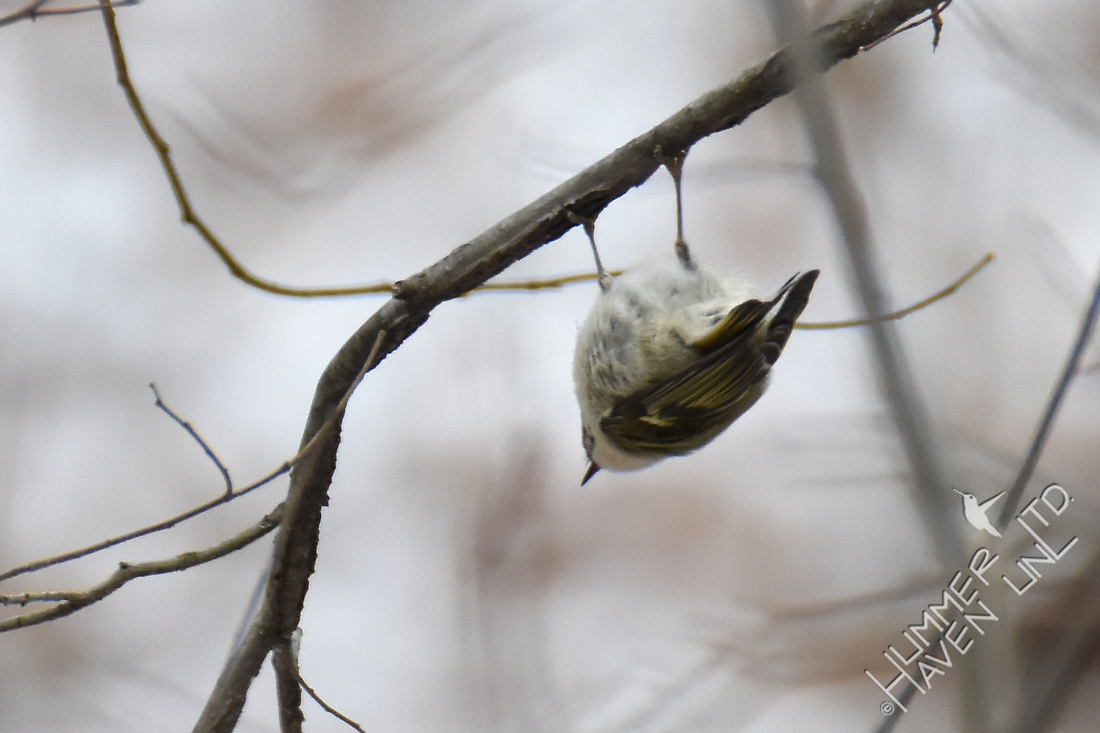 The mystery bird was a Golden-crowned Kinglet and I was lucky to see it and get any photos at all. I had seen one on December 31, 2016, perhaps the very same bird.  It is an uncommon bird here in winter. 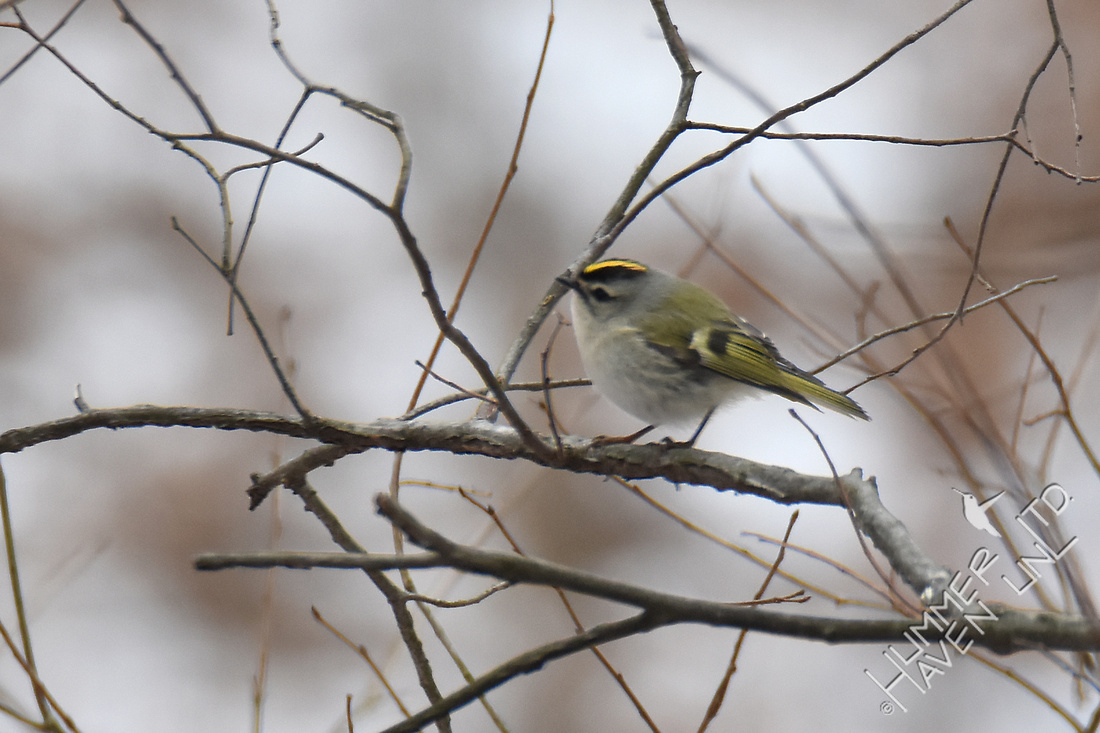 We added a new finch feeder near the garden and the Buttonbushes. The American Goldfinches were on it very quickly. They like the mix of nyjer seed and sunflower chips.  We placed it in that protected location because they forage in the garden, eat the Buttonbush seeds and then take refuge in these areas as well.  Despite the windy day, we reached a high count of 21 goldfinches on Tuesday, January 10. 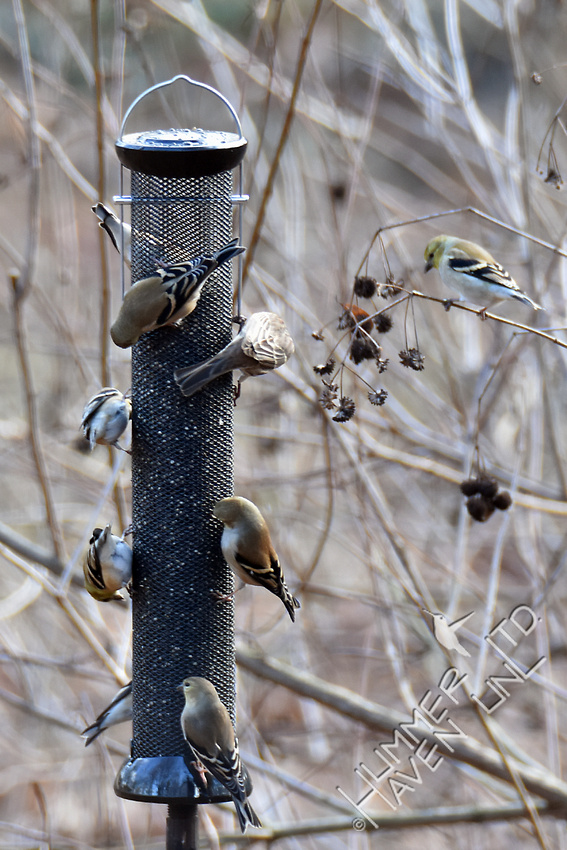 A large flock of American Robins and European Starlings came in to find food and to bathe the same day. The robins are very wary of the scrappy starlings, whose sharply pointed beaks can maim them. 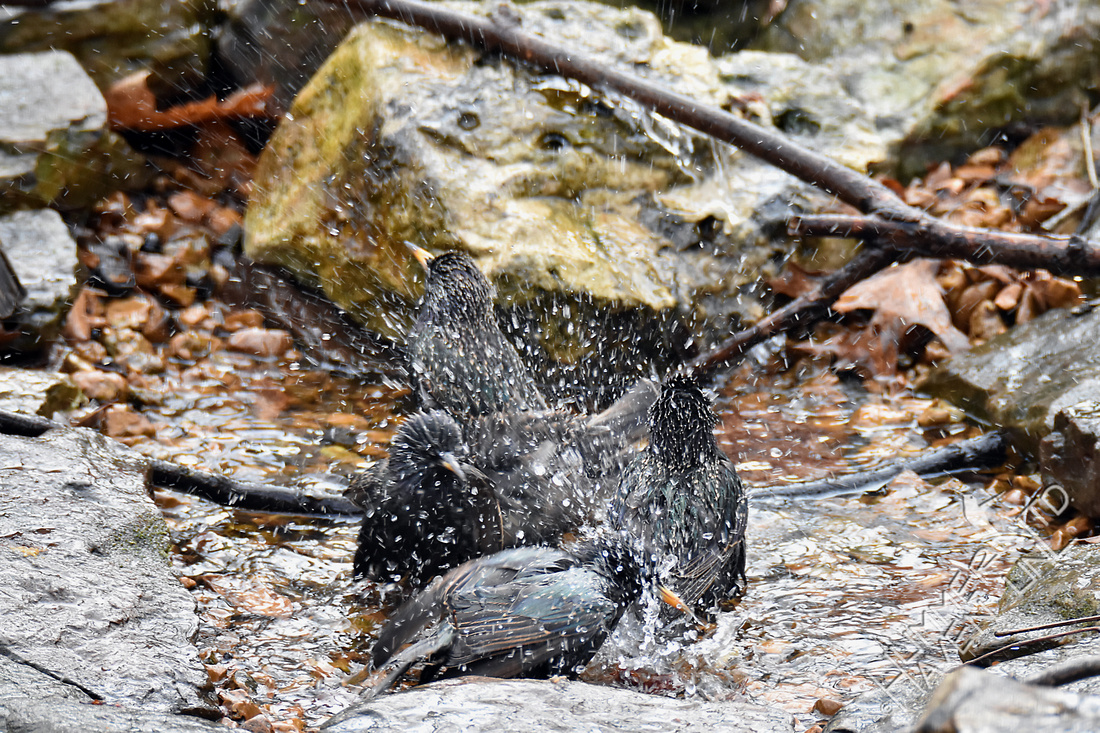 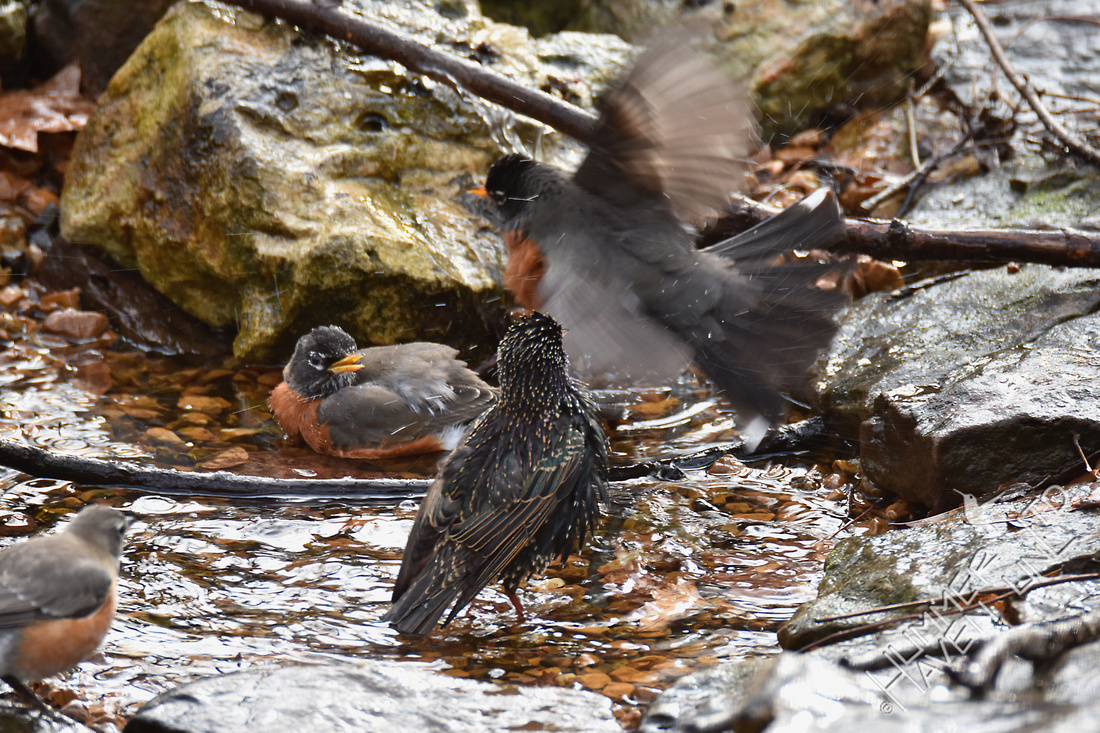 I saw a young buck run through the woods about 8:30 a.m. on Wednesday, January 11. The next morning, six does were in the garden and near the pond, shown in these Pond Cam photos. 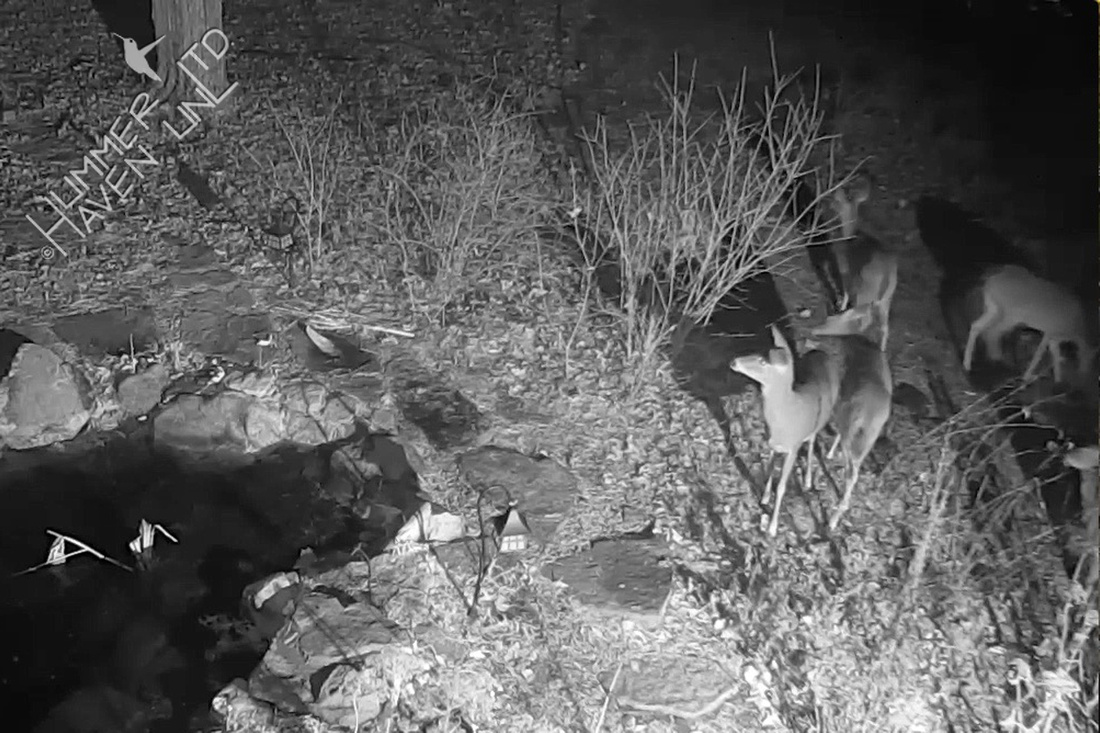 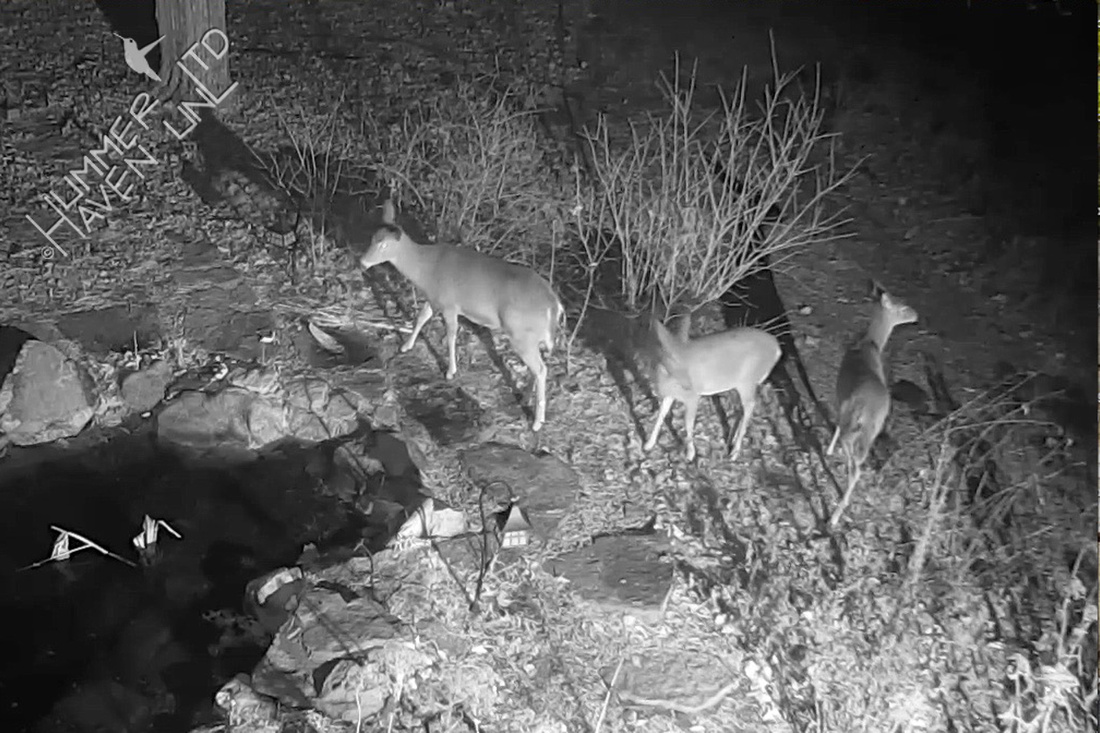 So, the highly anticipated freezing rain began on Friday, January 13.  Feeders were busy all day as ice accumulated on the feeders, branches, walkways and roads, not to mention birds' tails! Even a Red-tailed Hawk could not shake it all off. 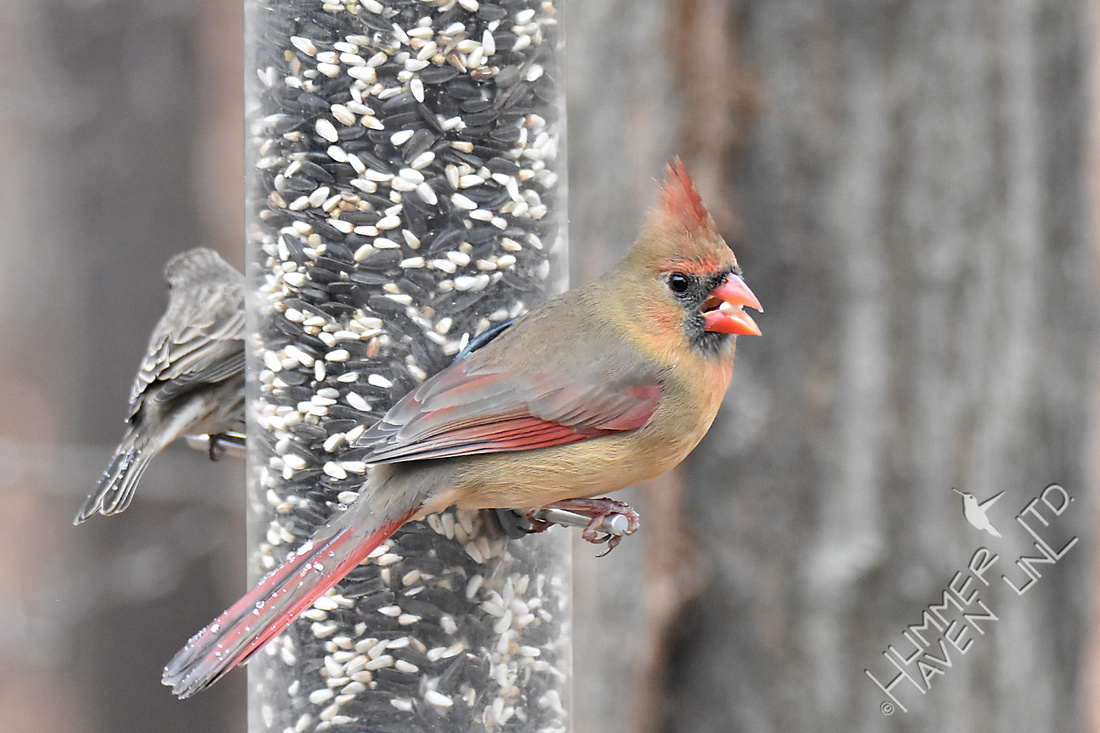 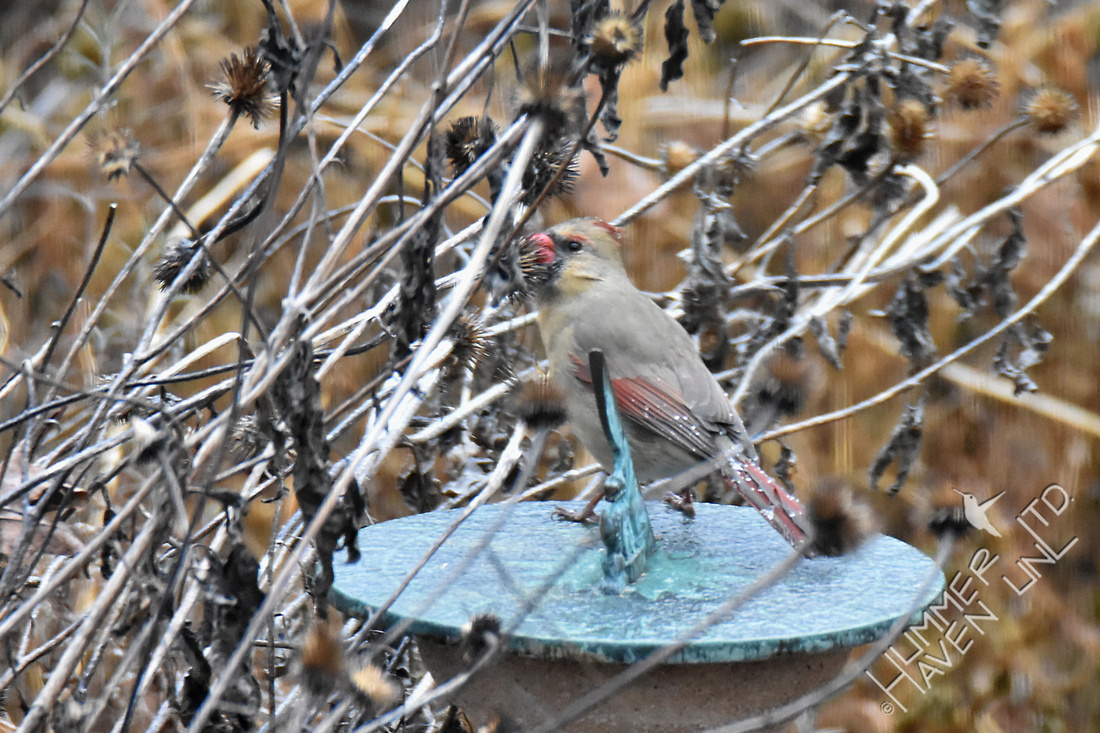 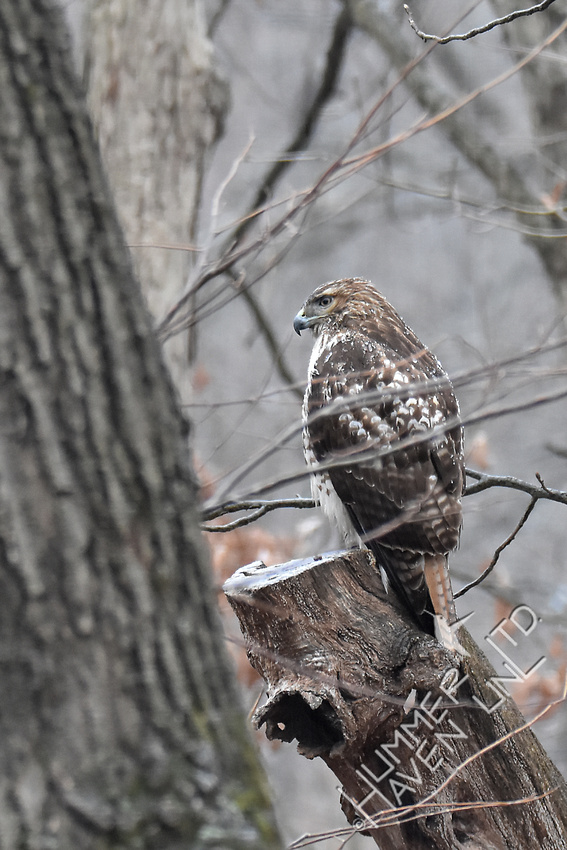 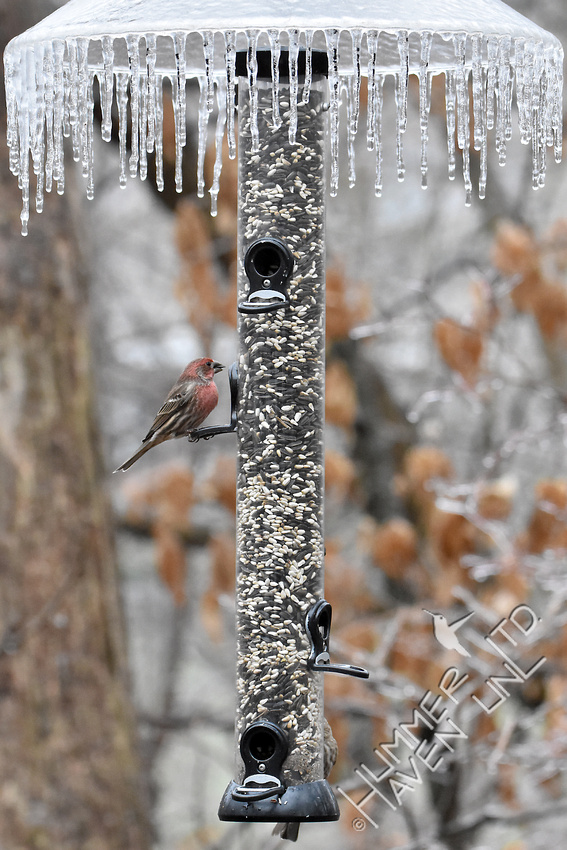 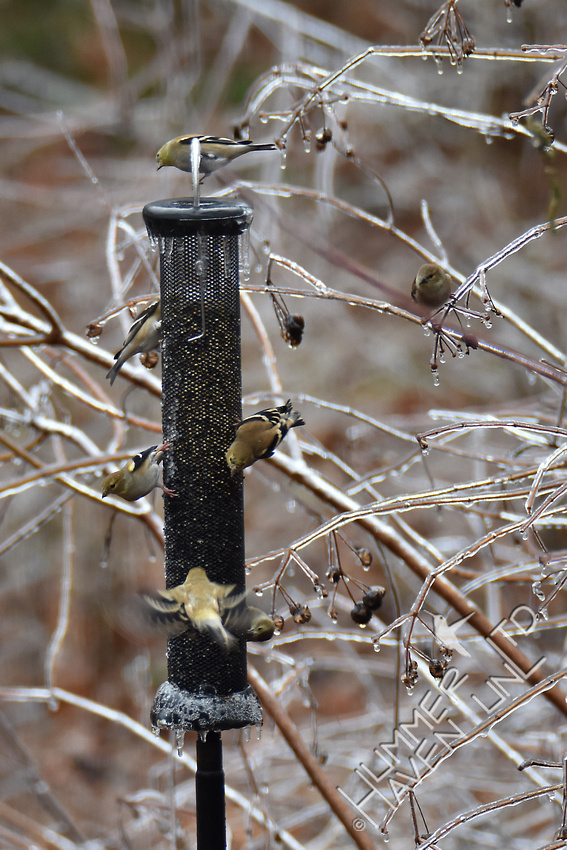 Since this feeder got very wet, we brought it in to dry it out.  We preheated the oven to 200 degrees, turned it off and put the seed in a tray and left it in the oven for about 30 minutes to dry the seed. We refilled the feeder and put it back out on a hanger with a dome this time. It is important to keep the seed from getting moldy.

Yesterday morning as the ice began to melt, the intrepid little Carolina Wren sang his heart out, letting me know that SPRING cannot be too far away! We have gained 21 minutes of daylight - can't you feel it?

To see all the photos from the past week, check the gallery:  2017 Birds at Shady Oaks 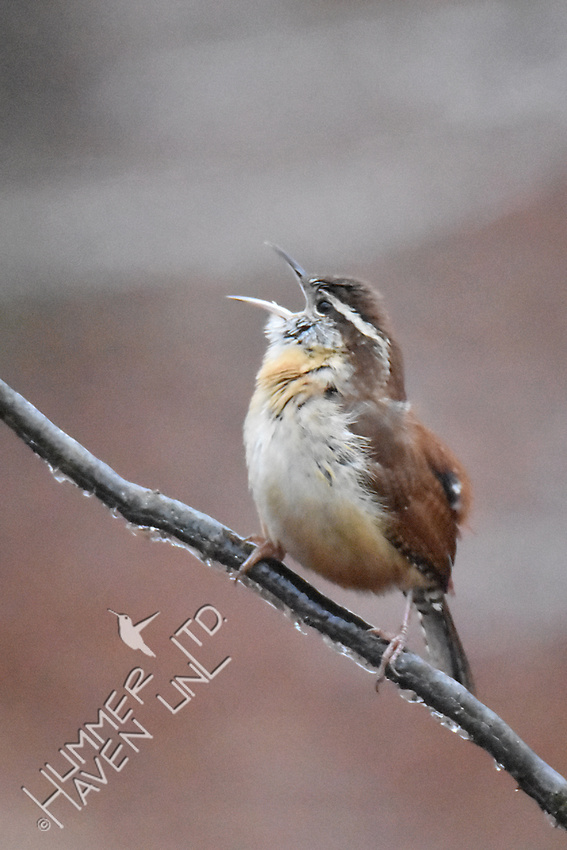