On Saturday morning, while eating breakfast, I happened to look out and realize that there was an owl in the neighbor's Norway spruce.  Once I checked with my binoculars, I could see both owls were together on the same branch.  It was a perfect daytime roost for them.  Limbs above to protect them from Blue Jays, pendulous branches surrounding them and a bit of sun to warm them in the early morning as they faced east.  But, I still wonder why they are not nesting.  The female should be sitting on eggs by now. 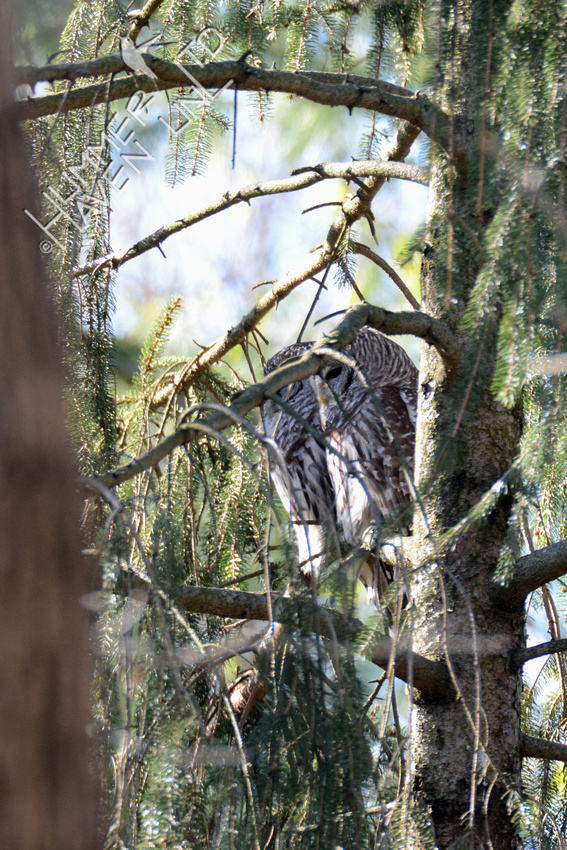 One of them turned around and they started preening each other.  They clearly have a strong bond.  Why can't they settle?  We've had a lot of work being done in the neighborhood with noisy machines.  Could that be part of the reason? 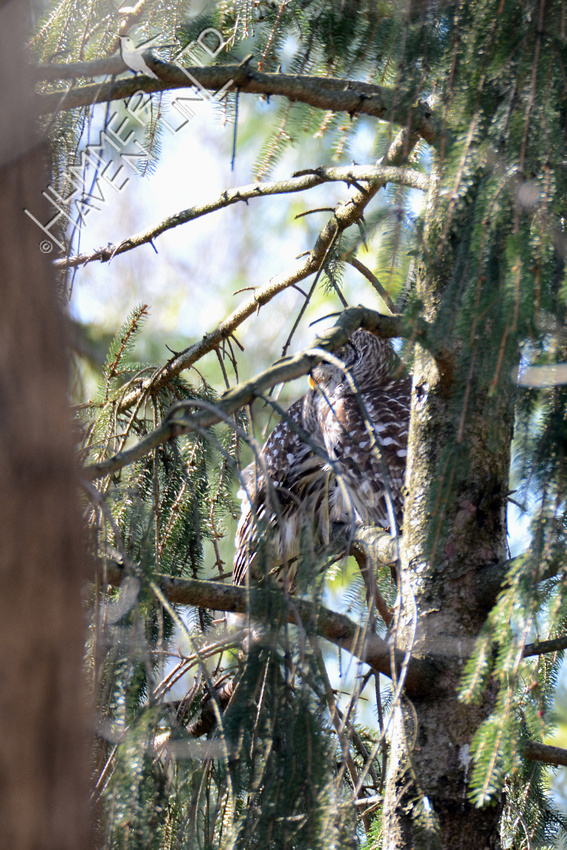 The winds began to pick up and they both decided to face west, into the wind. 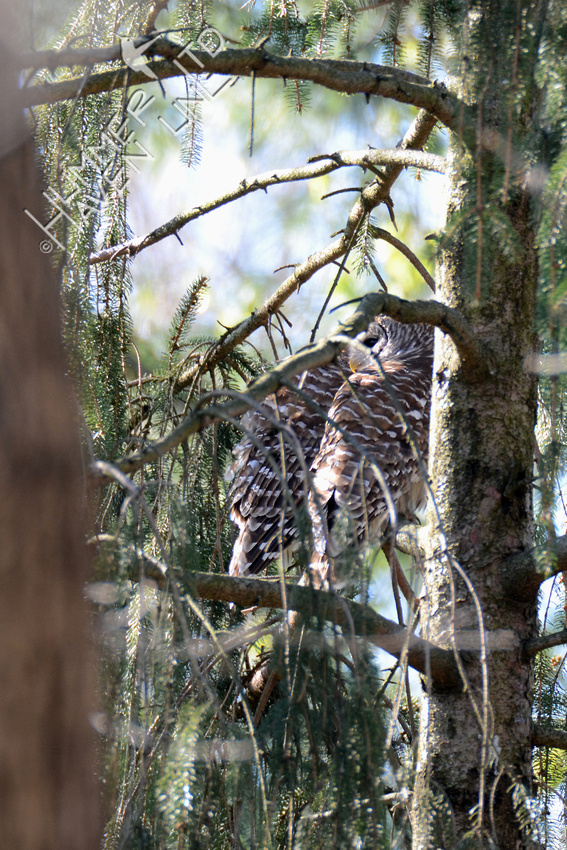 I think they might have stayed all day but the winds were gusting strongly.  Or could there be another reason?

In studies done by the National Park Service, it has been found that man-made noise does have direct effects on natural peace and tranquility. Birds and other animals need to hear each other to communicate, find a mate, catch prey and in general, live their lives.

The noise sure bothers me when I try to work in the garden or photograph these beautiful creatures. But, what about them? They need peace and quiet, too.