Speaking of nests, camouflage and predators on 3/28/16

The Red-bellied Woodpecker was hard at work this past week on the nest cavity.  The female would come in and check on his progress as if to urge him on.  Her bill isn't large enough or strong enough to help him carve, but she gave him encouragement. 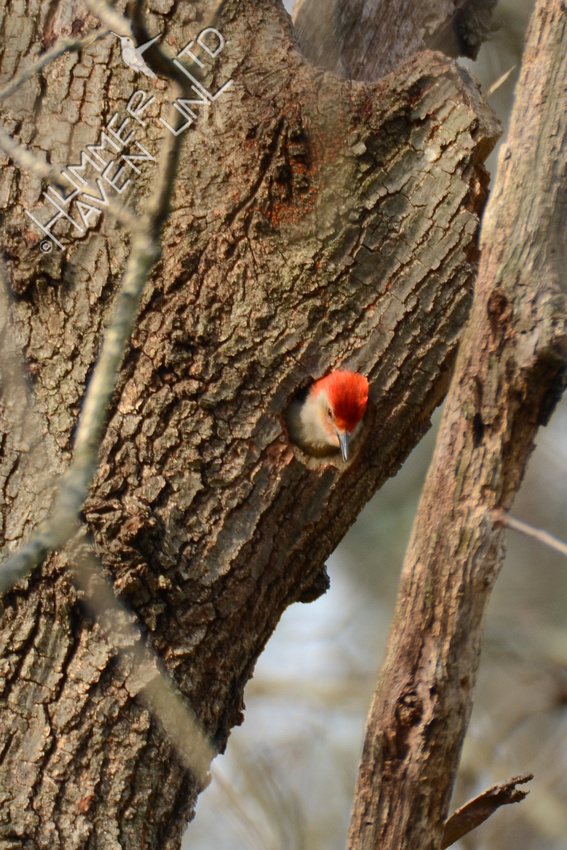 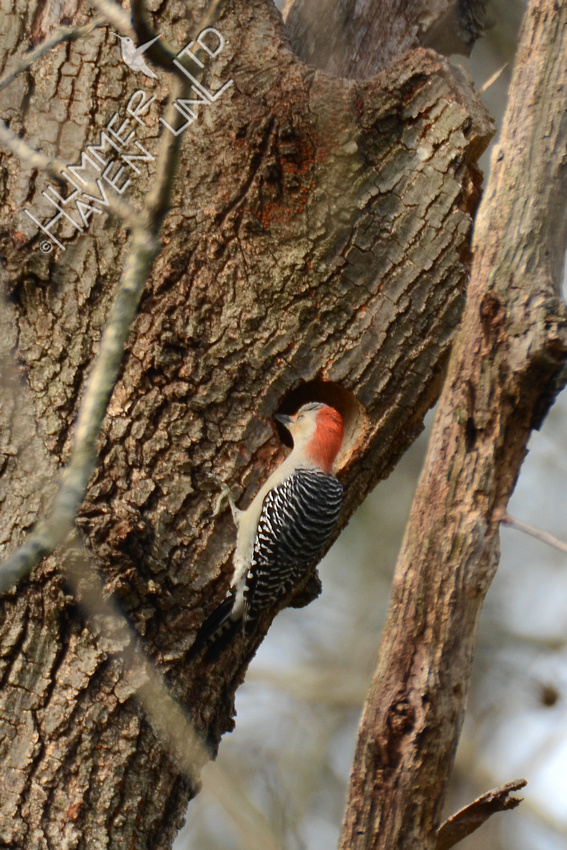 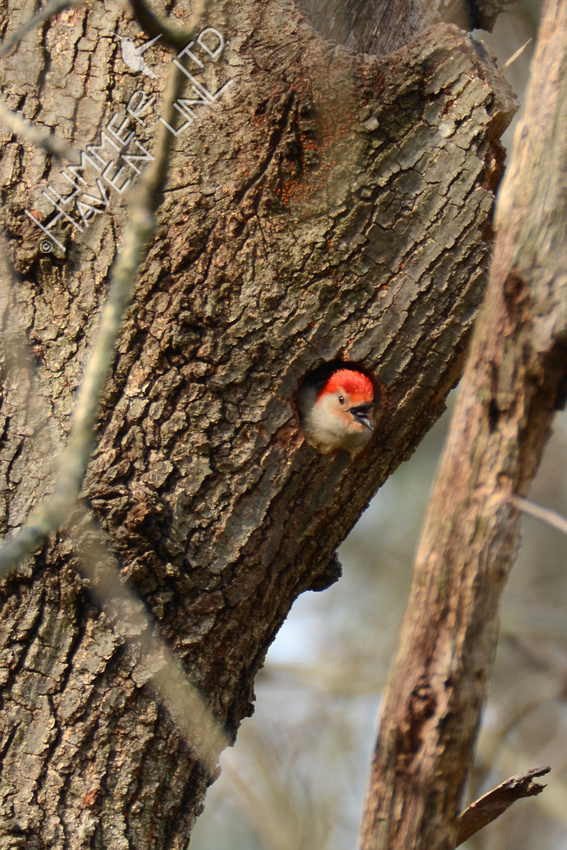 Now, I am sorry to report that on Thursday, a pair of European Starlings took over the nest.  If only the woods were larger, deeper and not just edge habitat, the woodpeckers might not have been evicted.  The pair still comes in and the male calls from further up the street.  Perhaps they will yet succeed, but it will be a lot of work to start over. 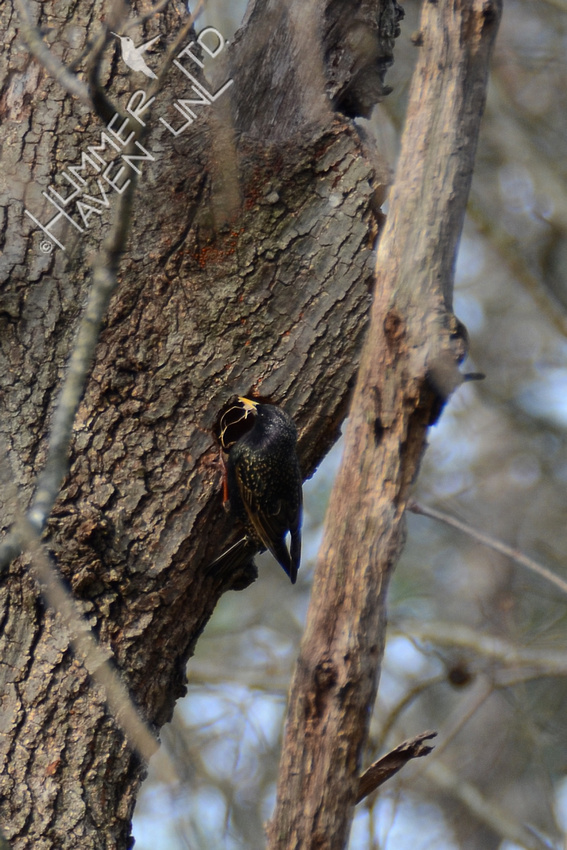 The Carolina Chickadees seem to be holding their own at the nest box they used last year.  The Eurasian Tree Sparrows still bother them but they can't even get into the box.  Fingers crossed.  Here, the female calls for her mate to bring her a morsel. 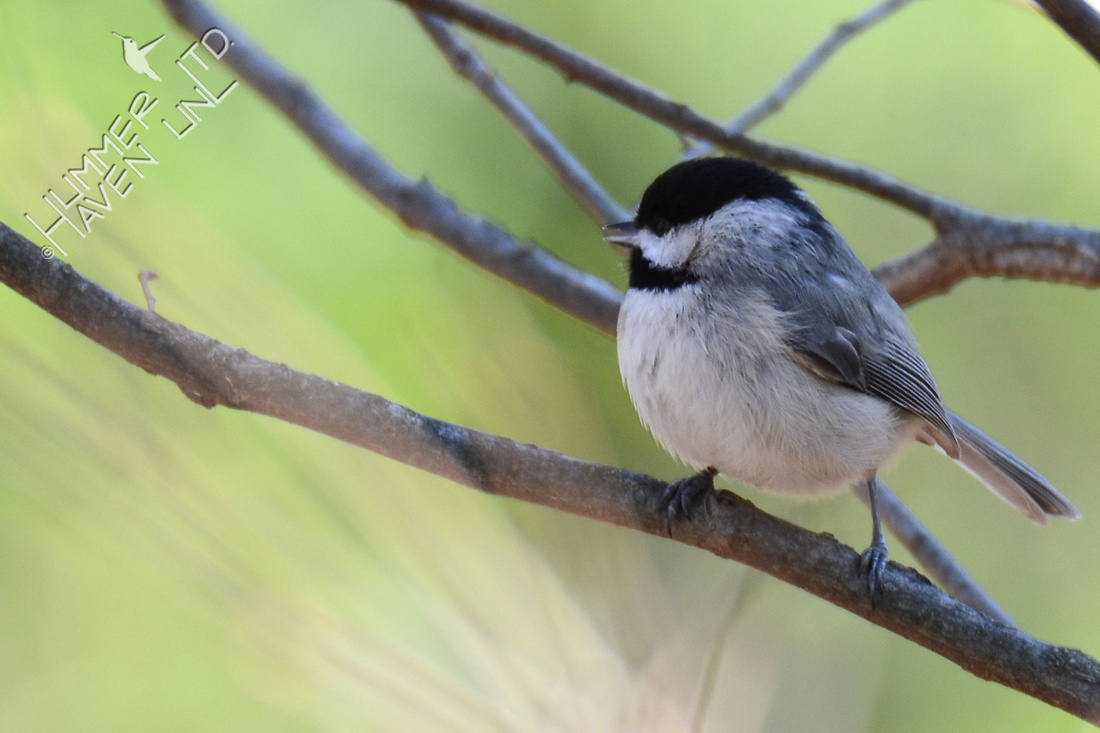 A large flock of Rusty Blackbirds came in around 5:30 on Friday afternoon.  I estimated 50-60 birds in a flock with some Common Grackles and a couple female Brown-headed Cowbirds. 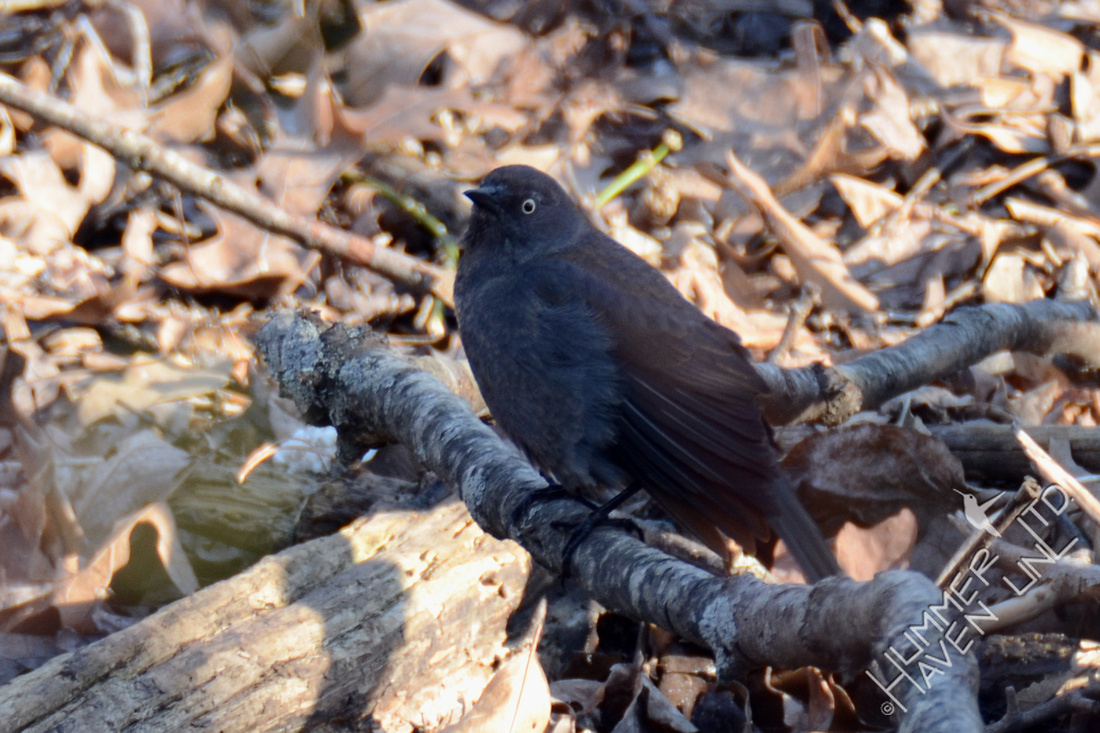 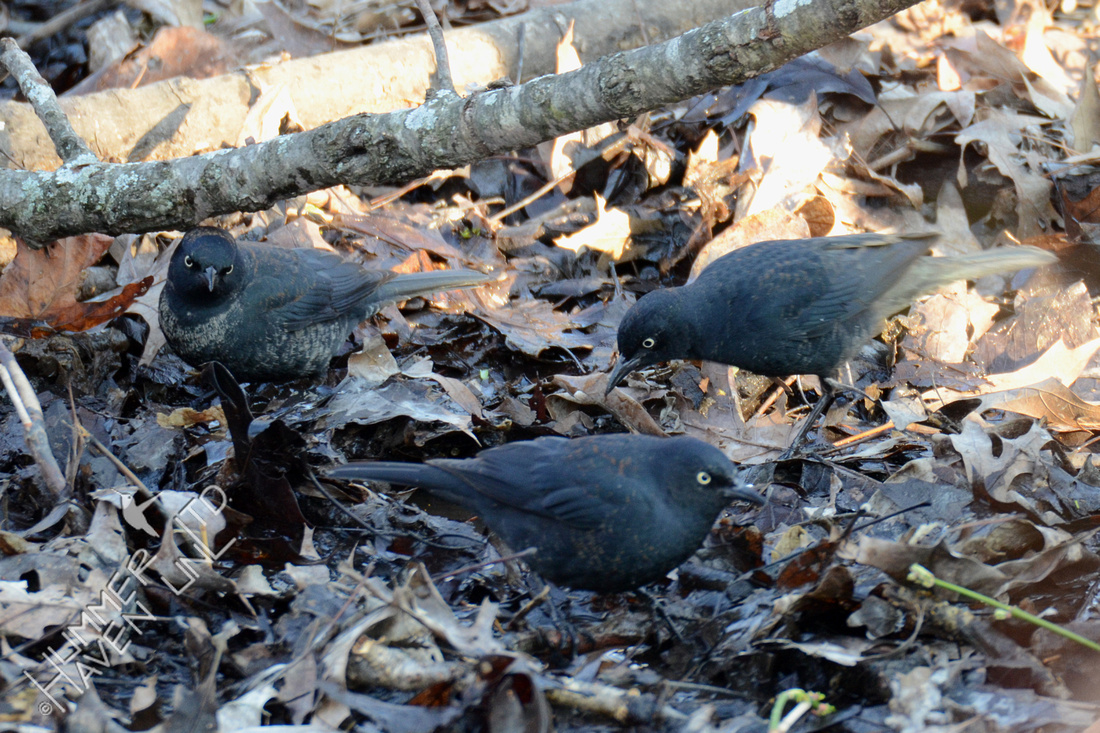 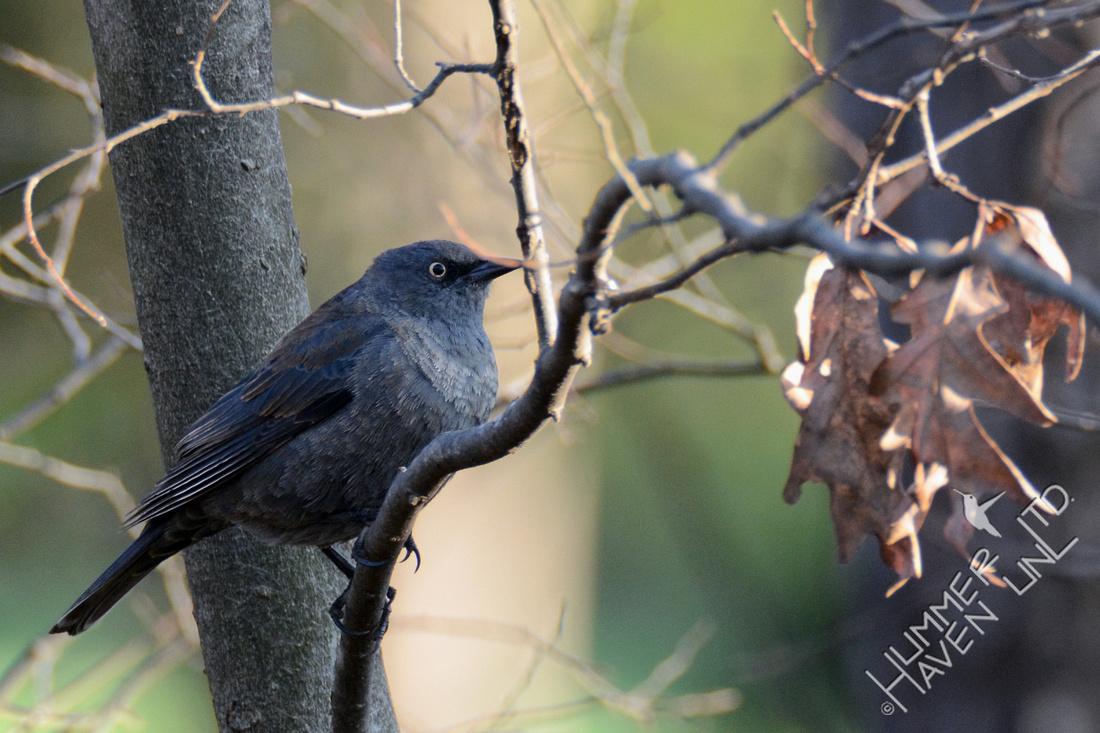 That evening, around 6:30 pm, we saw one of the Barred Owls fly up to a branch with some prey.  On closer inspection, it seemed to be a rabbit, well, half a rabbit.  It may have shared the rest with its mate. 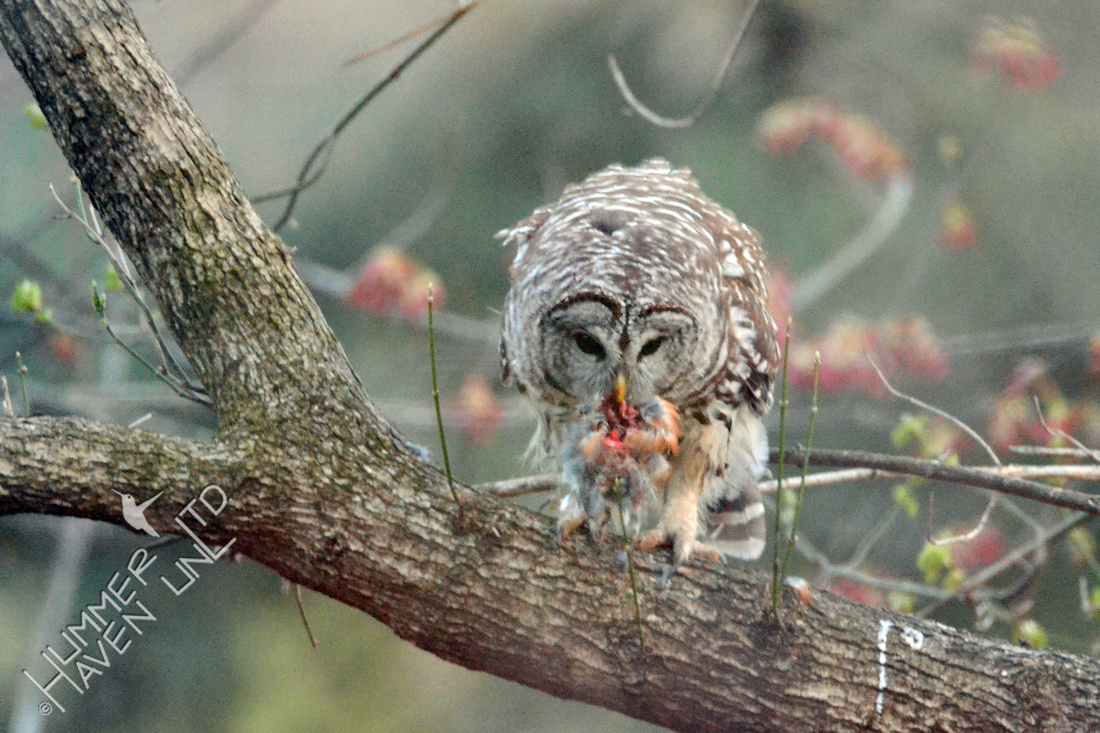 The American Goldfinches have certainly been transitioning into their breeding plumage.  The bright yellow attracts the females, but it can also make these males easier to find in the woods by the larger predators. 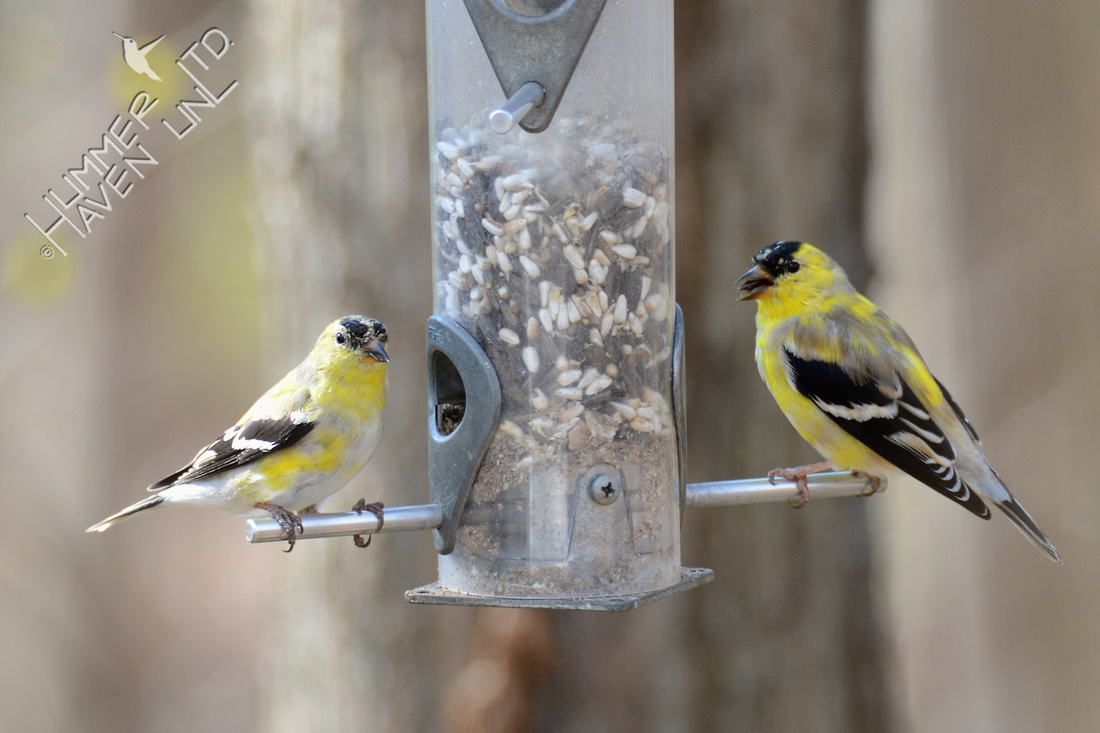 At lunchtime on Easter Sunday, one of the brighter males was on this same feeder which hangs off the deck post about 2 1/2 feet from the small oak in the background.  All seemed quiet, when a rush of commotion ensued!  A Cooper's Hawk swooped in, nabbed the goldfinch and maneuvered like a stealth bomber through the trees and up to the same branch the Barred Owl had used on Friday night.  Shock and awe!  The hawk's wingspan is 3 feet and yet it had calculated precisely how to pick off this meal. 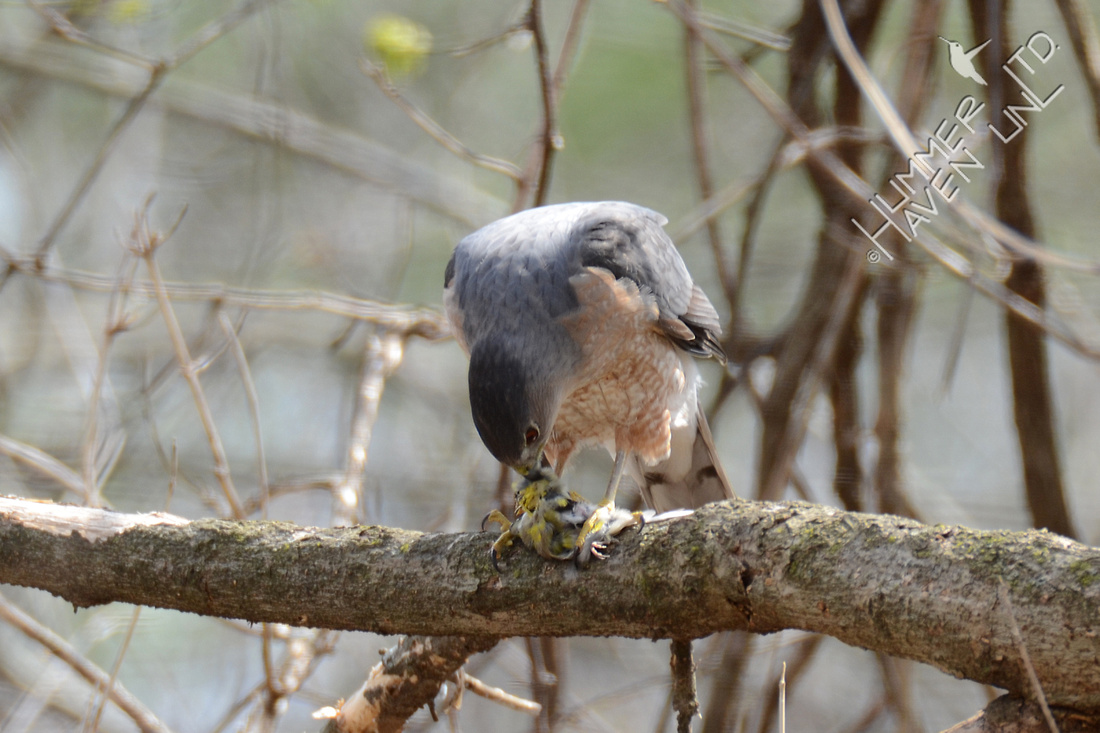 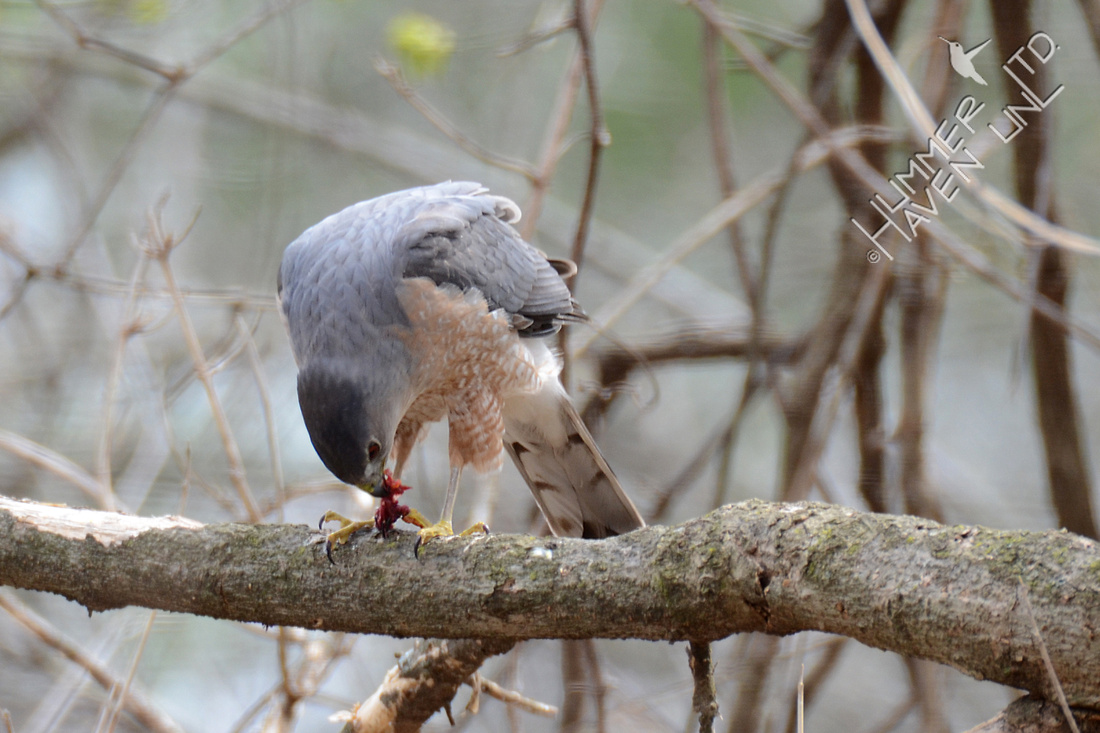 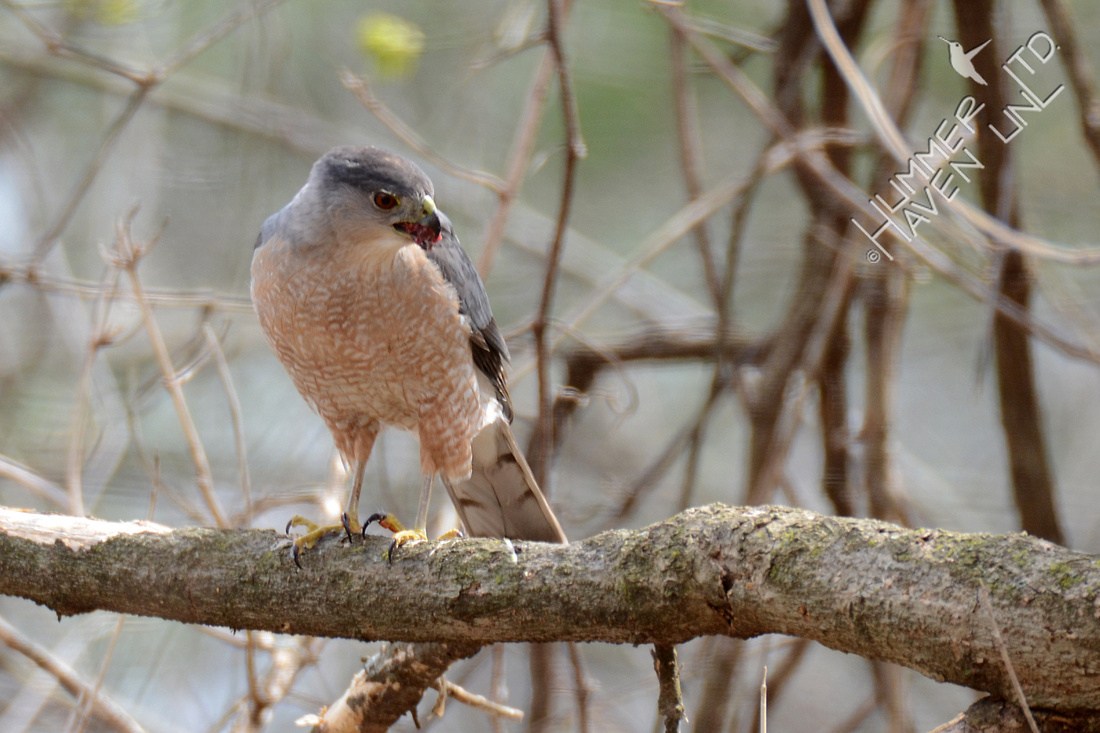 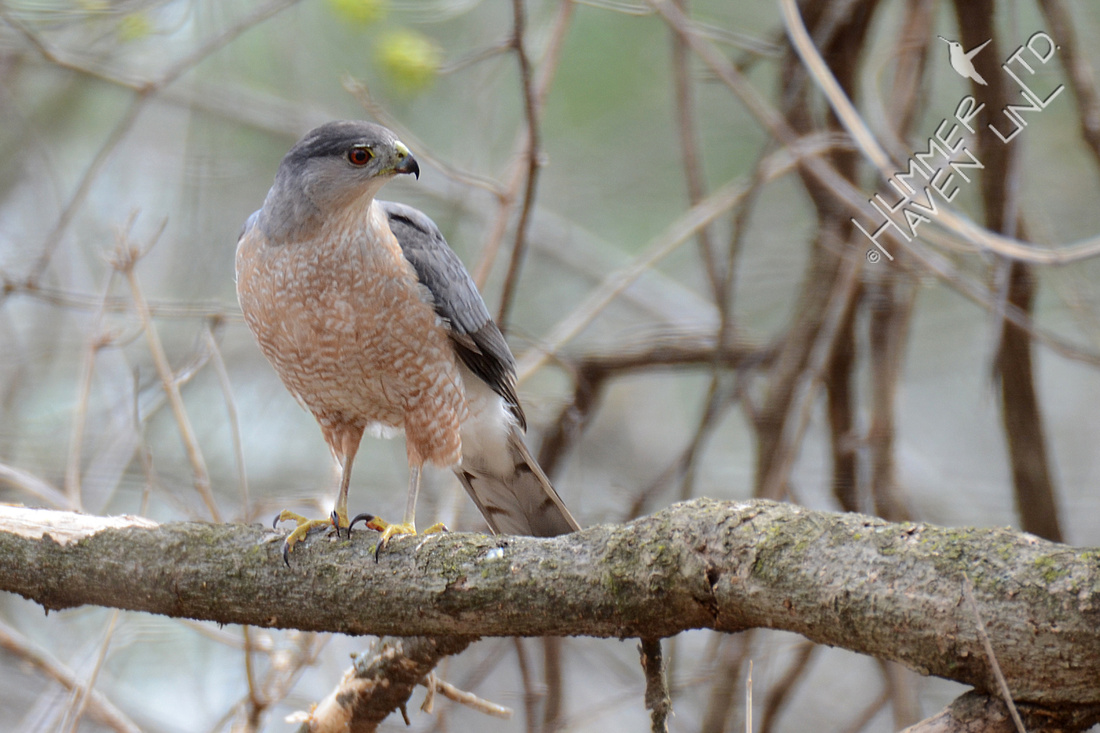 The entire episode lasted nine minutes.  I can't tell you how many times I said, "WOW".