We were awake for just a little while when big fluffy flakes of snow started flying about.  It wouldn't last for very long.  Dan mixed up some big fluffy waffles to celebrate the official coming of spring.  We had just sat down to enjoy them when I realized one of the big fluffy Barred Owls was perched in the rough-leaf dogwood near the deck.  The bird had been there long enough to acquire a dusting. 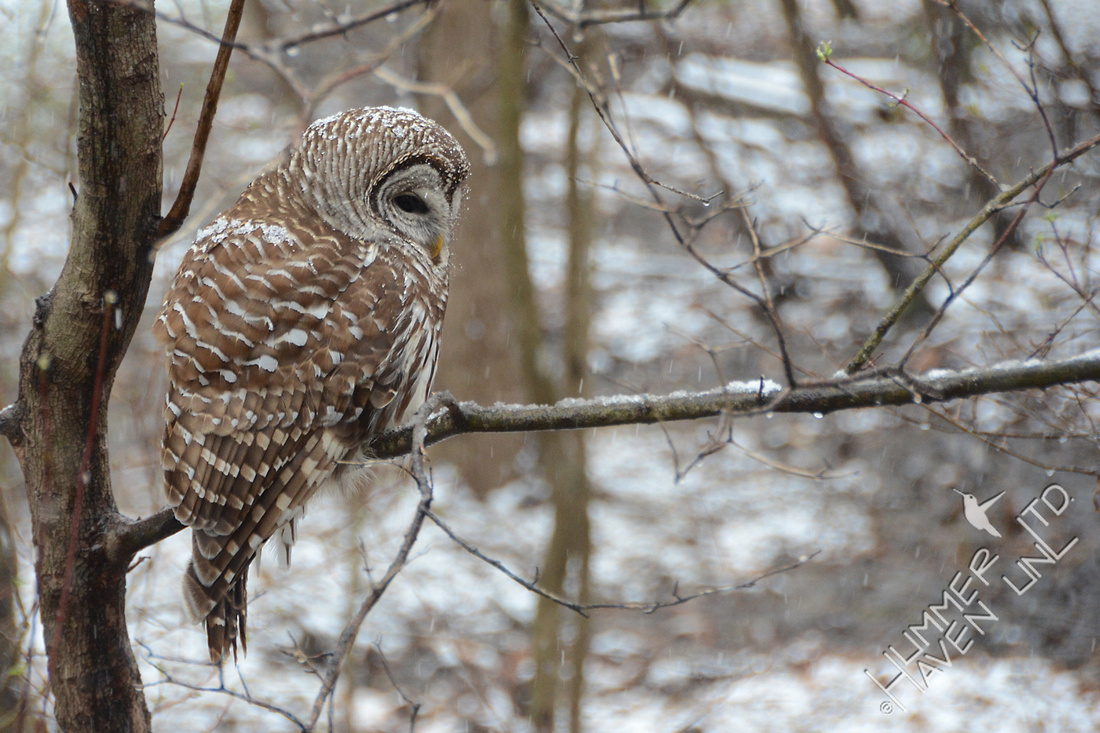 A spicebush (Lindera benzoin) near the gate had acquired a bit of snow, too. 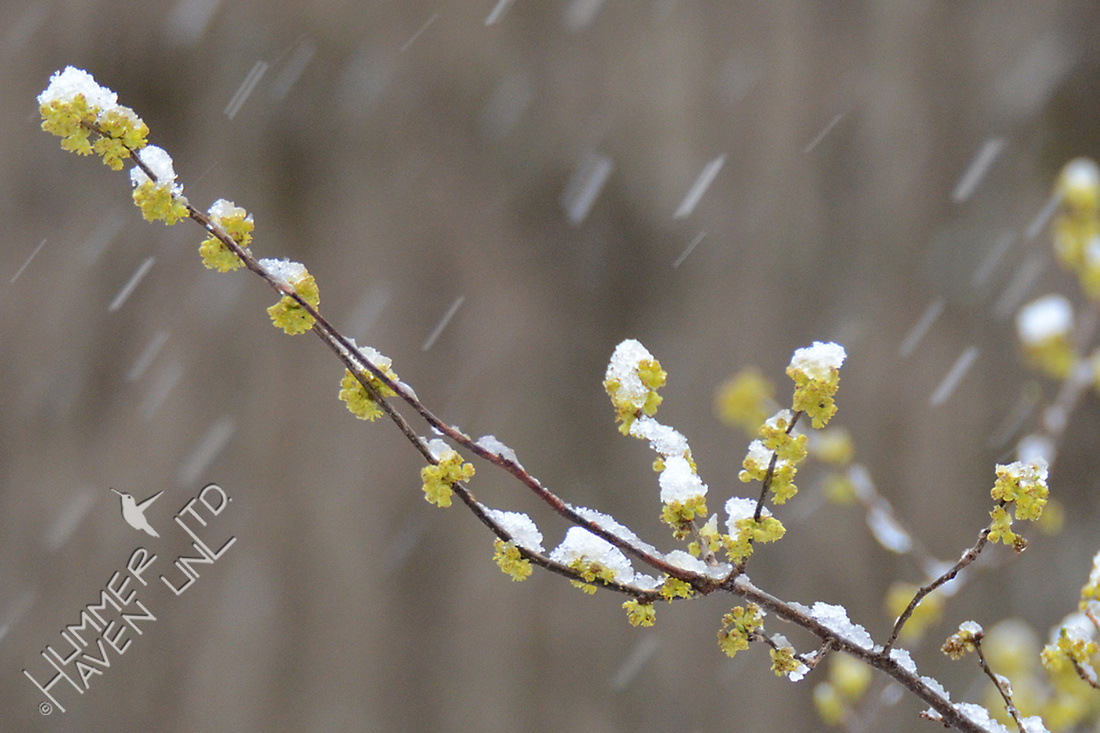 Earlier in the week, I was outside with the camera for a bit.  On Wednesday, an Eastern Phoebe was catching insects in the woodland and calling.  It paused on a branch and took a stretch. 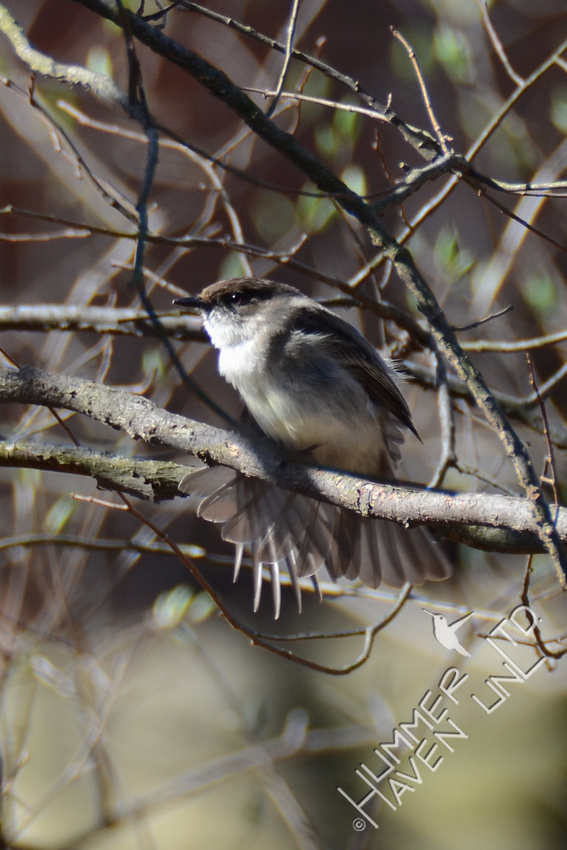 The Red-bellied Woodpecker continued working on the nest cavity and churred repeatedly, proclaiming it his own.  The bird raises its bright crown feathers for emphasis when it calls. 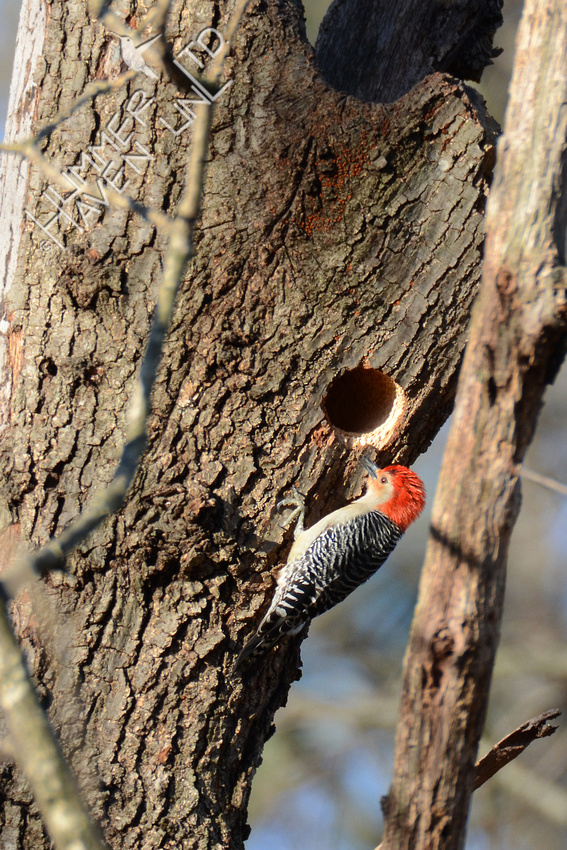 A Brown Creeper came in to the closest oak tree looking for food.  This bird almost disappears into the oak bark.  It pulled out a tiny spider from the roots of the Virginia creeper (Parthenocissus quinquefolia). 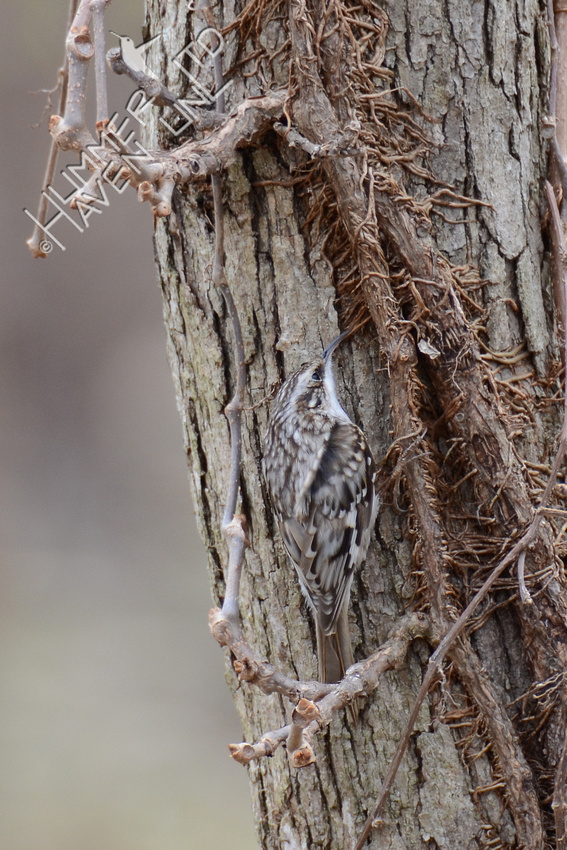 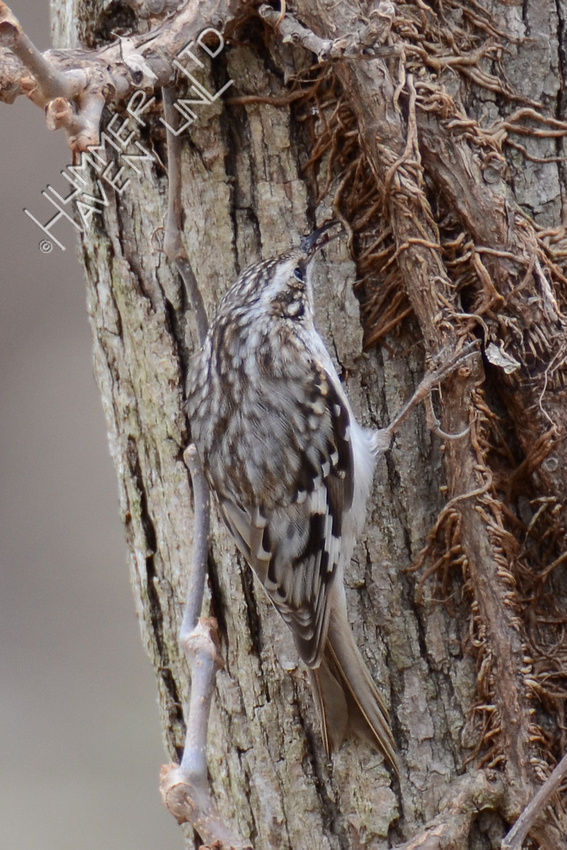 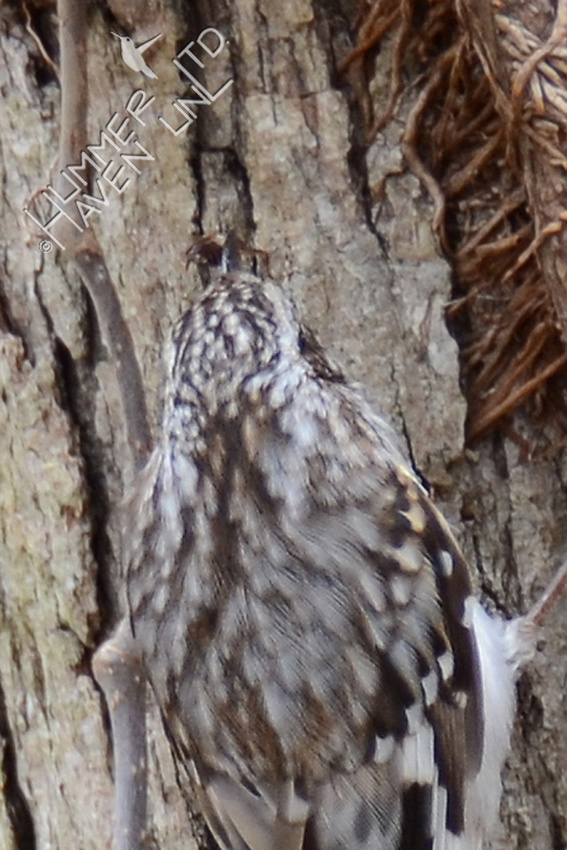 And, then it found a tiny curled larvae for another bite.  This is the first time I've photographed a Brown Creeper finding a meal and in another creeper, no less! 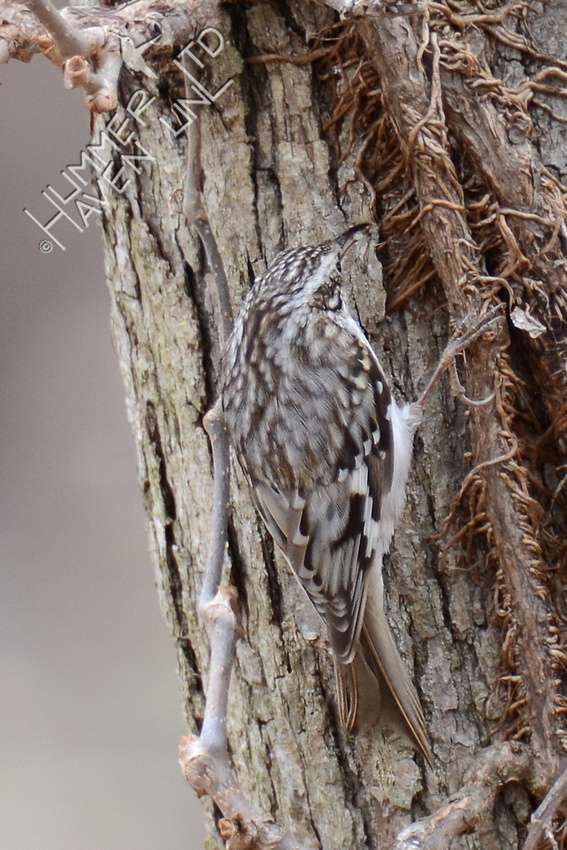 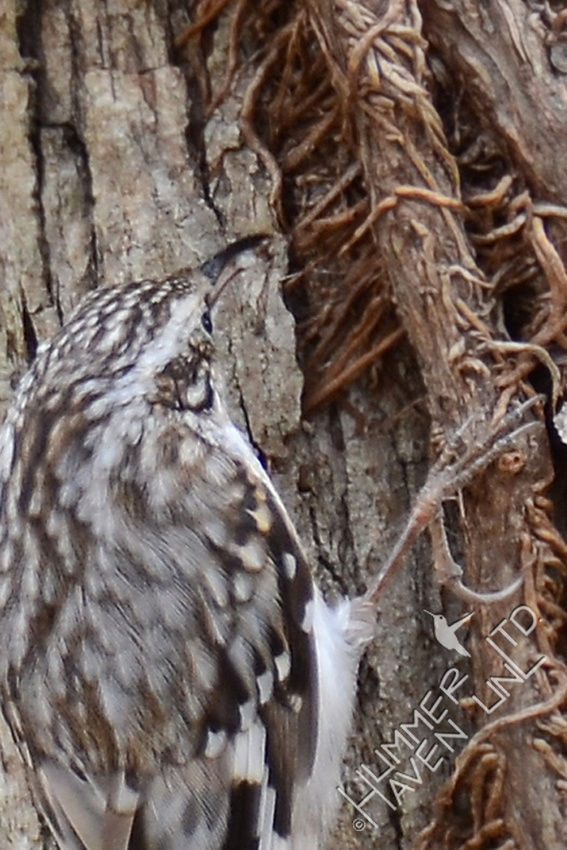 The Virginia creeper hosts at least 32 species of moth and butterfly caterpillars, which are the most important food for our native birds. 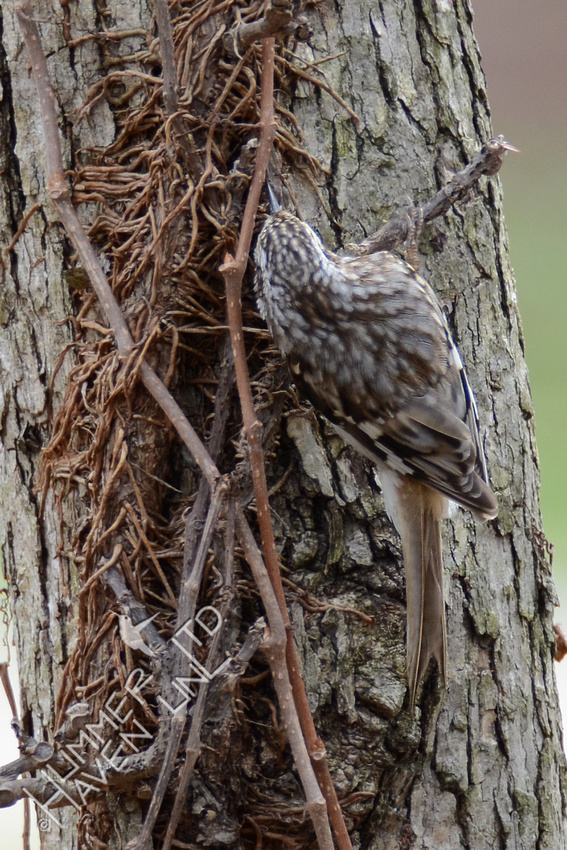 Yesterday, a bright and sunny day, one of the Barred Owls was roosting in an Eastern white pine (Pinus strobus). 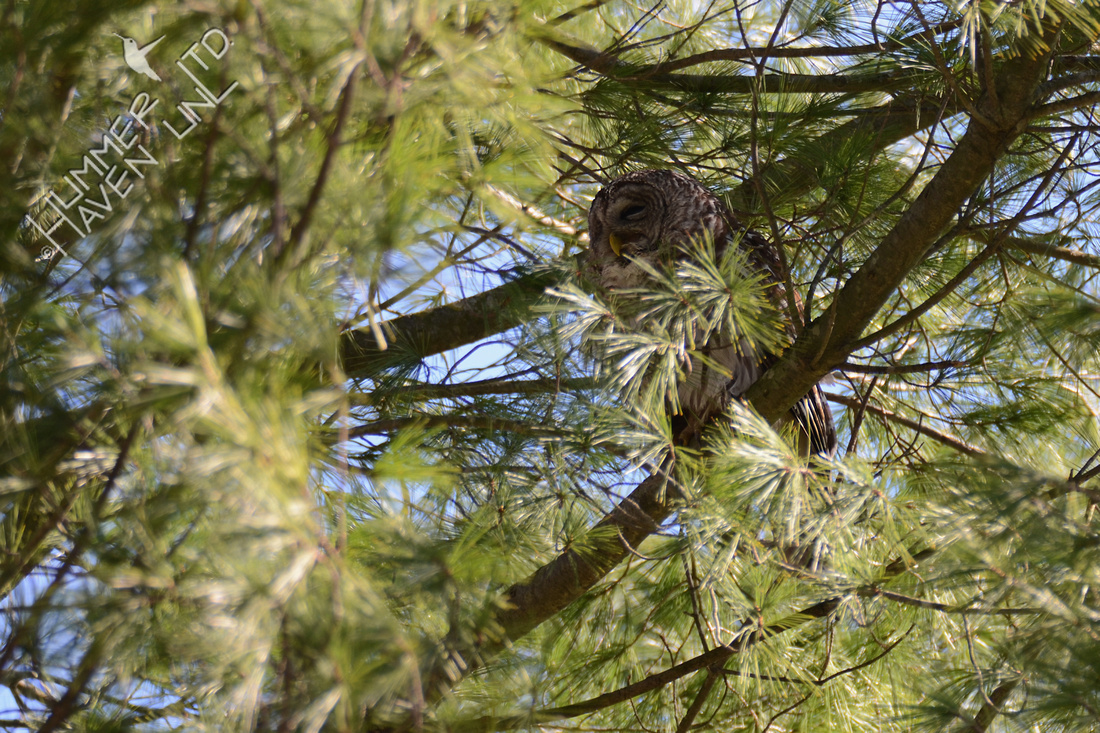 One of the Blue Jay sentries kept watch from a Pin Oak (Quercus palustris).  The days of spring come in fits and starts, but spring is here at last! 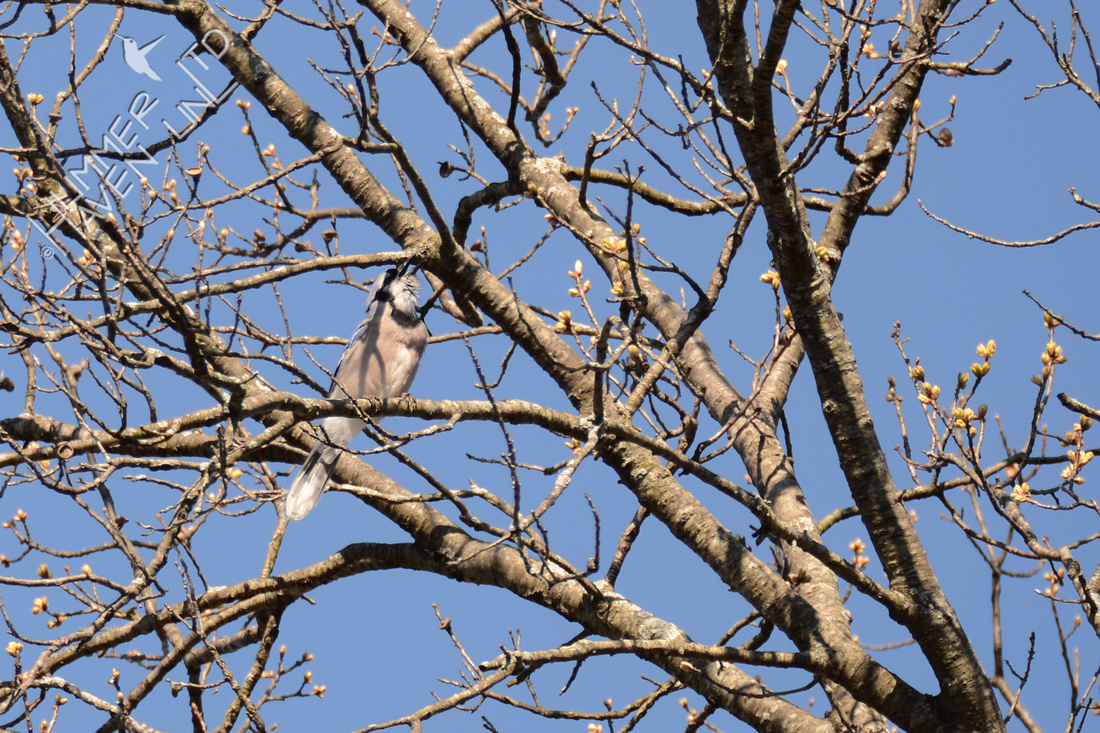