Things are picking up.  Yellow-bellied Sapsuckers are still coming in.  A female was working this young oak and found a tiny insect. The holes she drilled were pretty obvious. A female Northern Flicker looked in the base of this Little Bluestem (Schizacrium scoparium) for a meal on Wednesday. 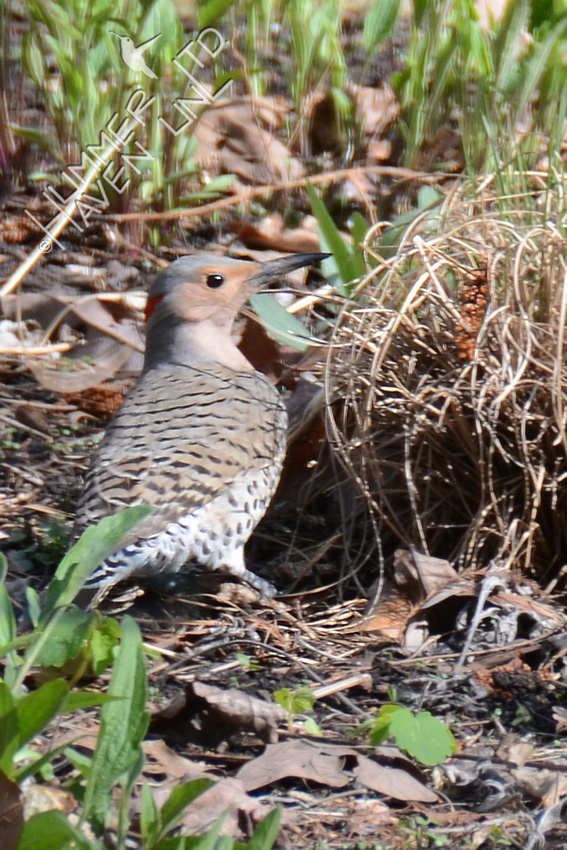 As I scanned the garden, I realized there were several Chipping Sparrows there and in the natural lawn path, new arrivals for the year. About a month ago, we had cut up the two Christmas trees by the feeder and made a small brush pile.  The White-throated Sparrows have been taking cover in there.  I had seen three other sparrows foraging in the muddy area nearby.  They have white throats, too.  They are coming into their breeding plumage and not quite so dingy now.  But, every time I've tried to get a photo of one, they would skedaddle into the cover of the brush pile.

A cold front came in late Friday night and the temperature dropped to 28.3 degrees.  Saturday morning, a brave sapsucker decided to take the plunge once it got up to 36 degrees. 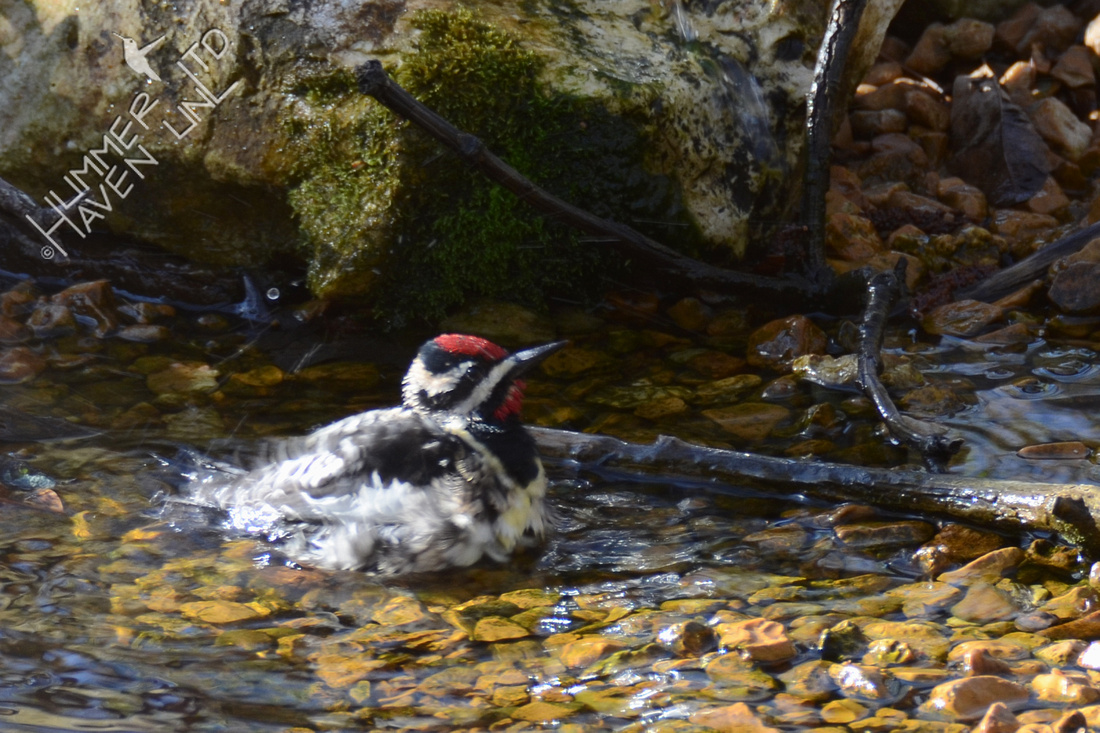 It was still cold and those sparrows were still hiding out in the brush pile, only coming out occasionally to feed.  There must have been a bit of warmth in there from the sun. I had scattered some freeze-dried mealworms in a few places to help the birds get through the cold spell.  Sunday morning, one of the takers in Groucho Marx style was that mysterious little bird, a Swamp Sparrow. 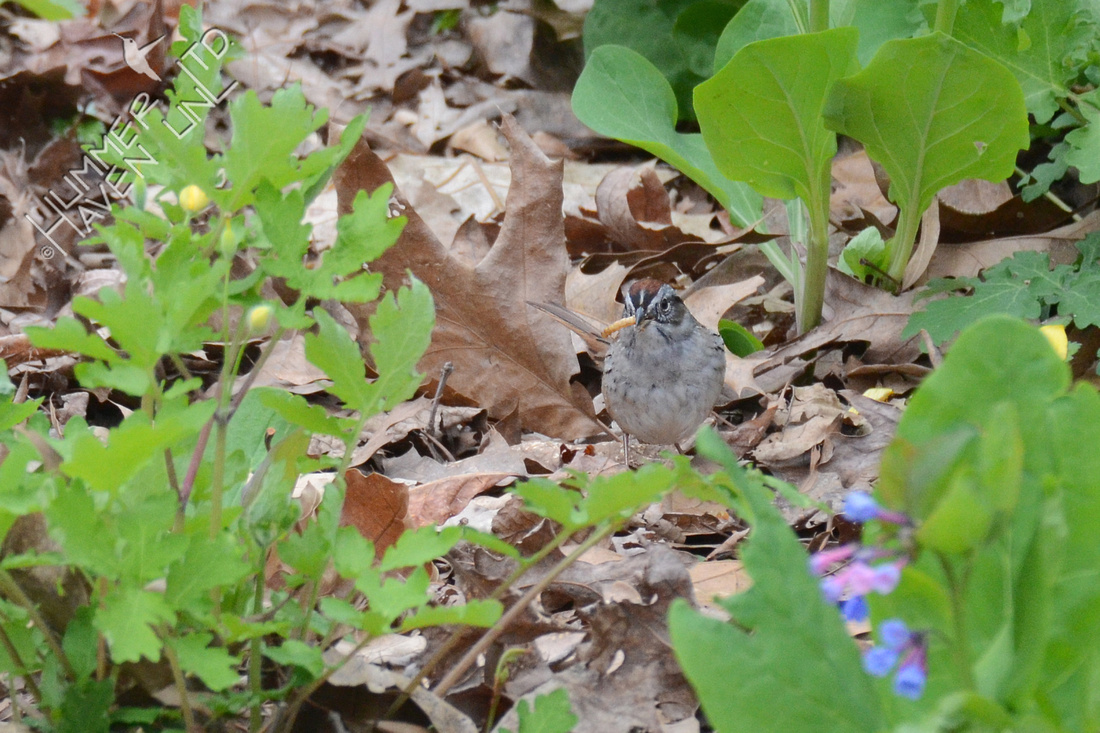 They are a pretty little bird and as the guidebooks say, "somewhat shy." Another "somewhat shy" creature is the Hermit Thrush.  This bird is another first for the year.  I haven't seen one since October, although in some years, I've seen them more often through the winter. 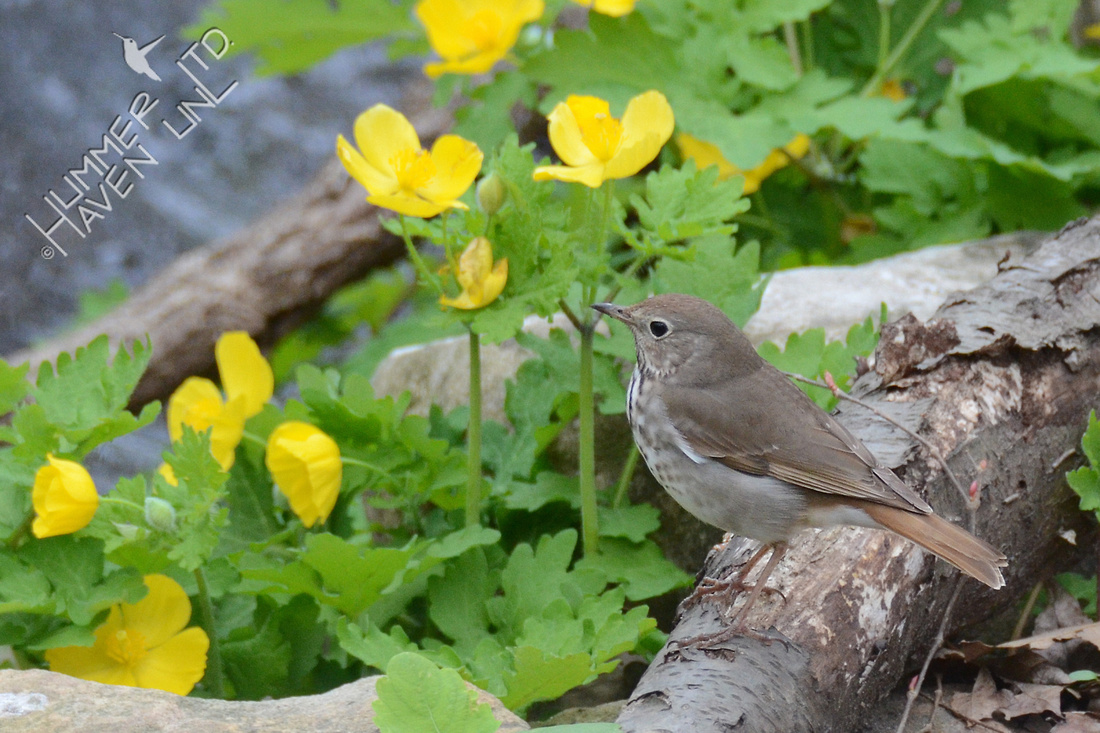 Its breast is quite marked and does aid in its camouflage. The distinctive behavior that says this is a Hermit Thrush is the way it raises, then slowly lowers its rusty tail. 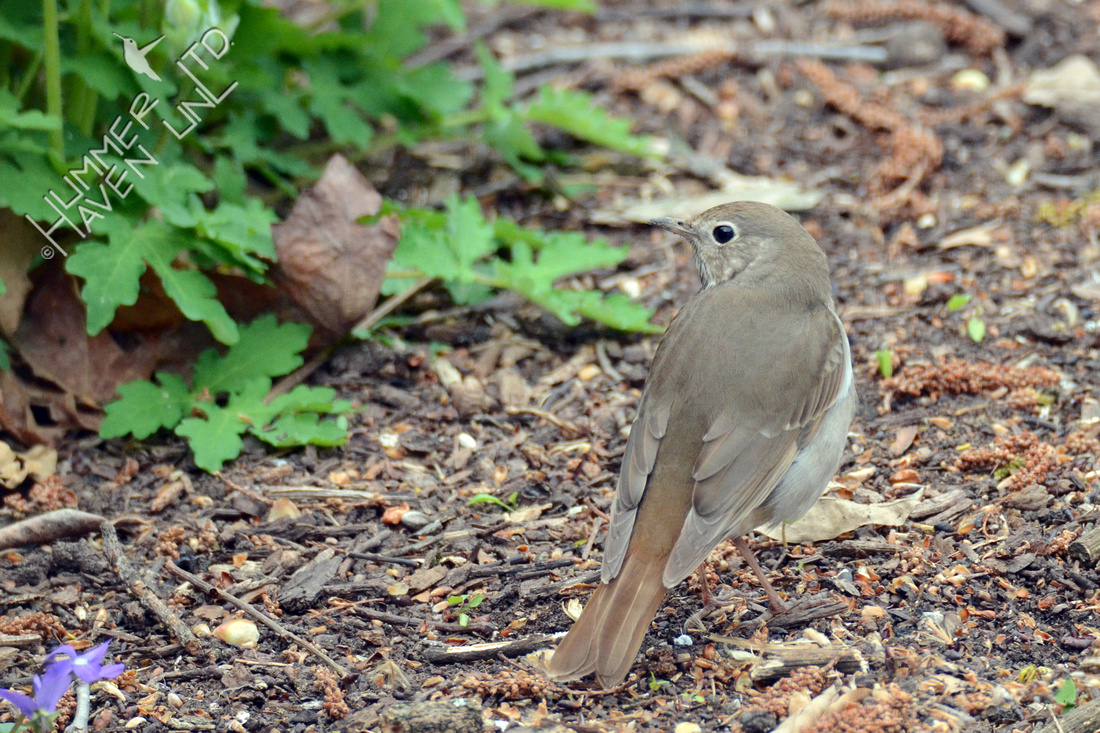 Finally, a White-throated Sparrow popped out onto this limb, surrounded by Mayapples, Virginia Bluebells and the opening leaves of native Hydrangeas.  The white-throats will be around for a while before they fly on to Canada to breed.  Next week looks like there will be a warming trend and winds from the southeast may bring in more migrants.