What is August without some fun? 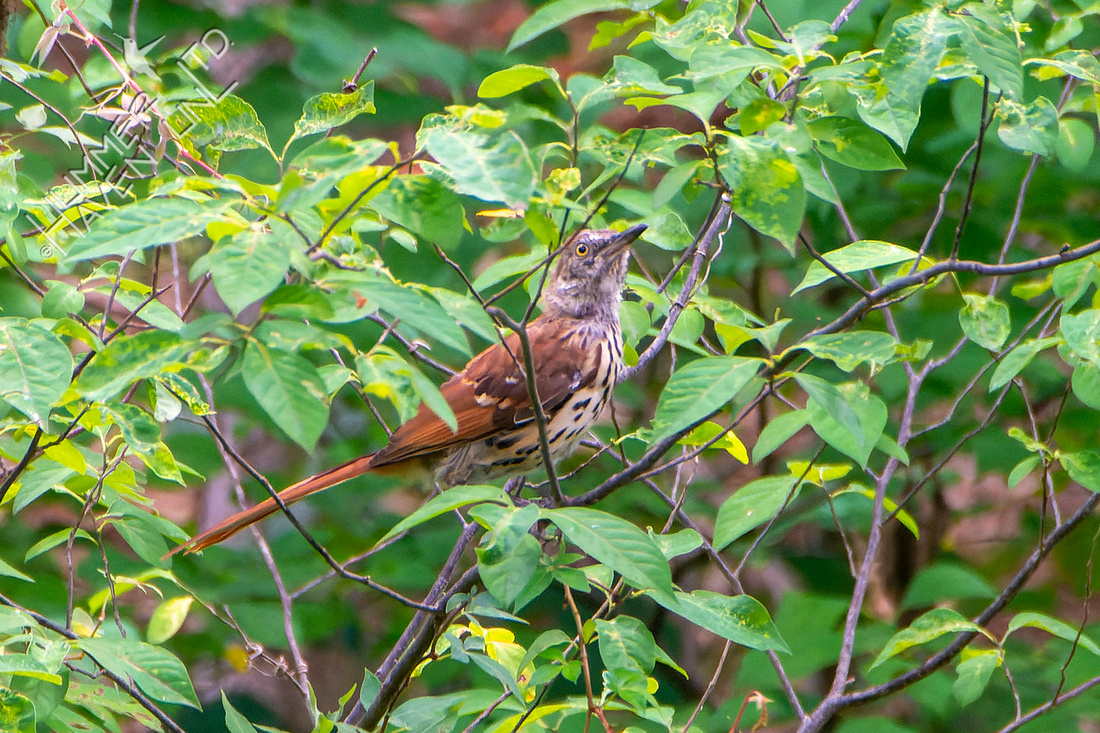 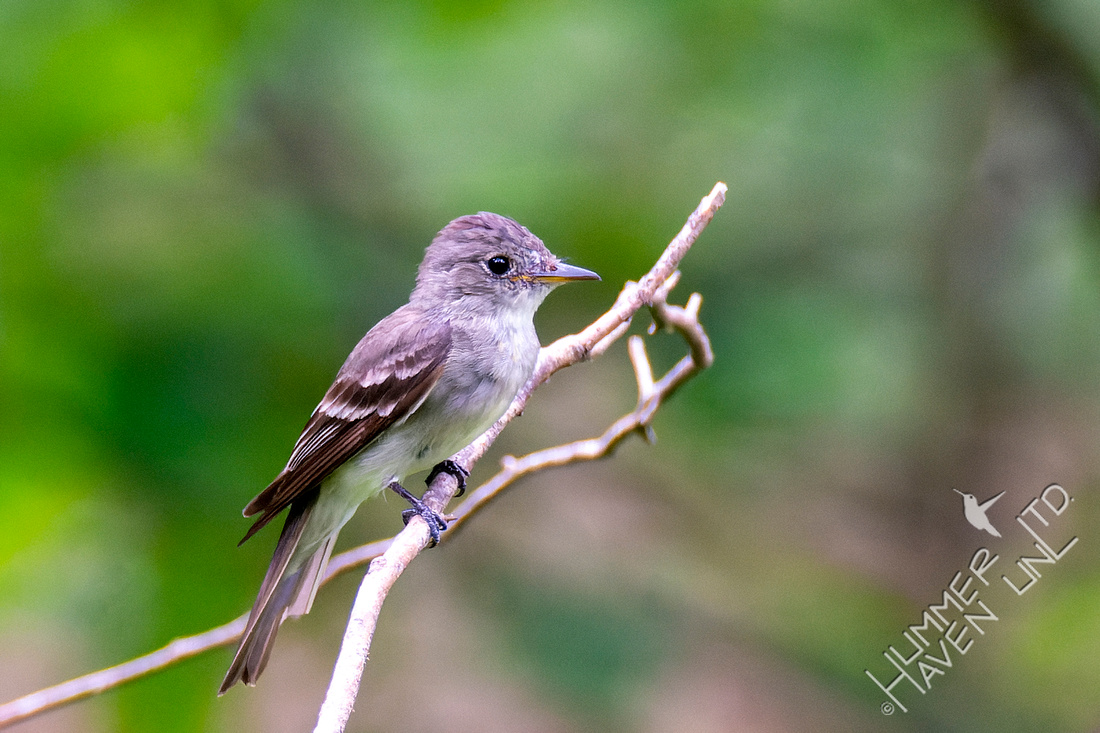 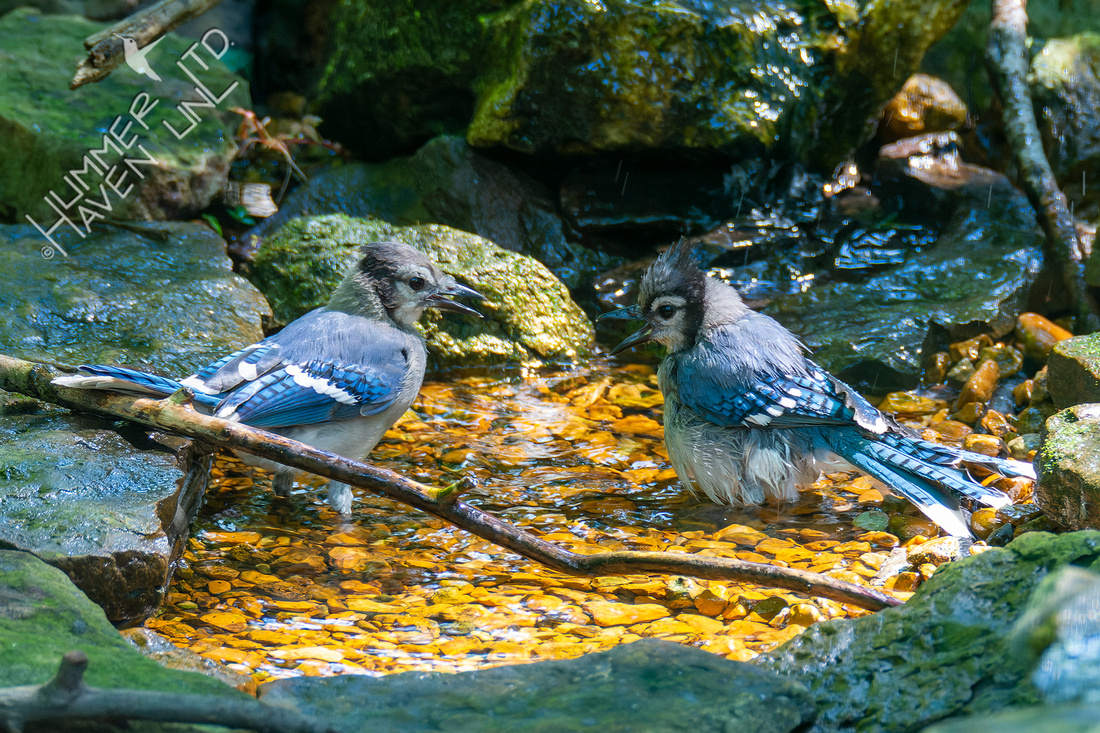 A scruffy Brown Thrasher popped into view one morning, Eastern Wood-Pewees are still being seen. Blue Jays are a part of the daily action! 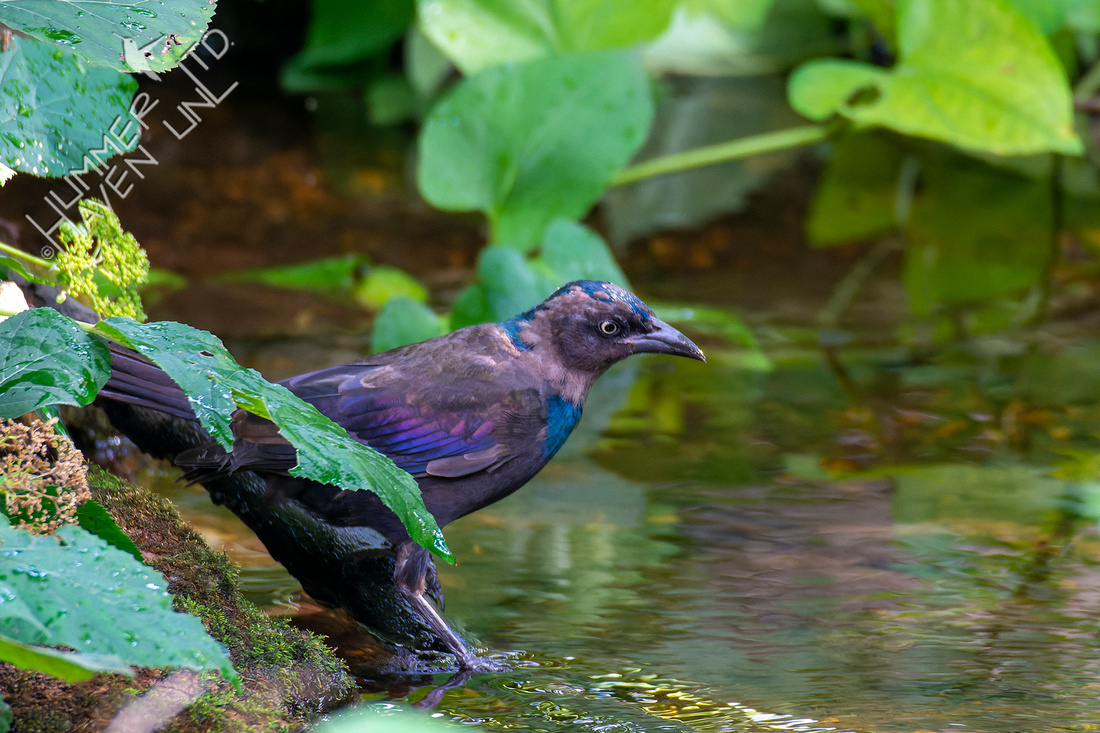 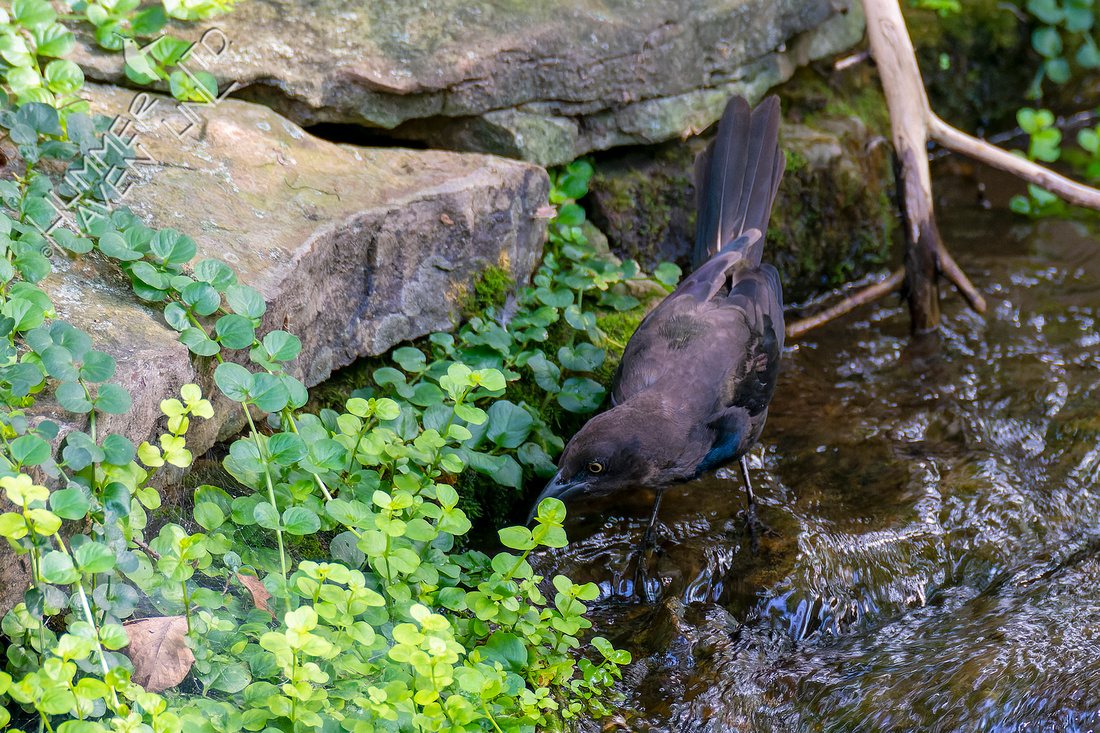 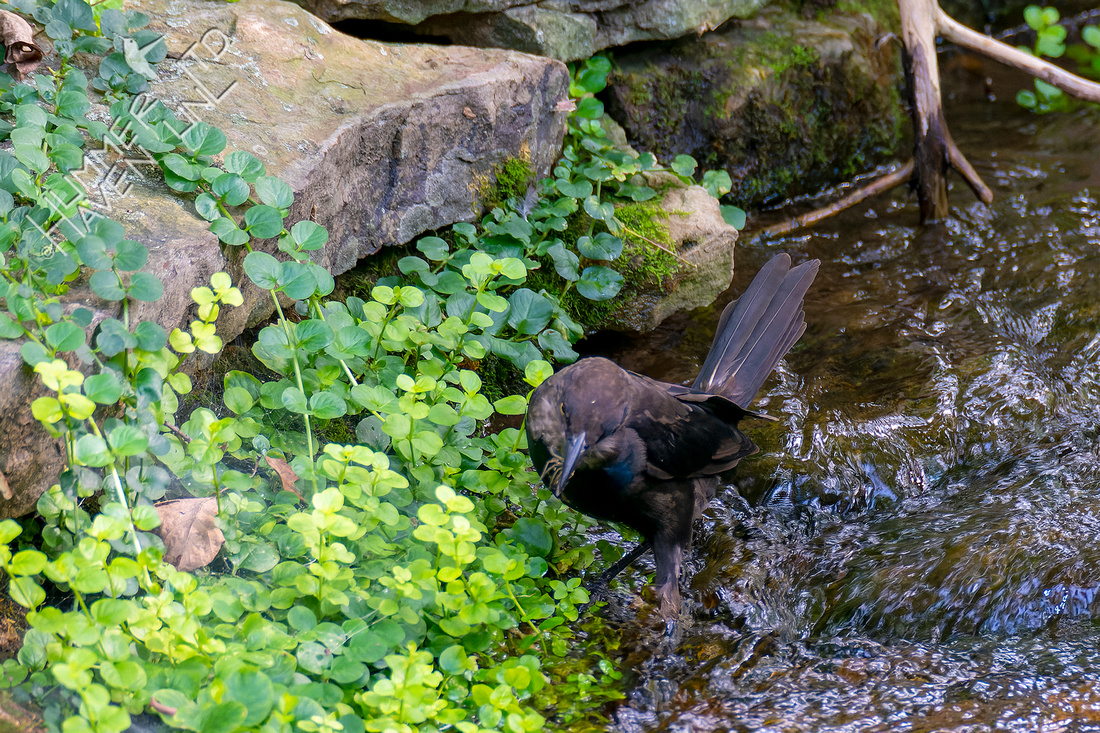 These young Common Grackles were investigating the pond, one to get water and the second found a spider in that web for its lunch! 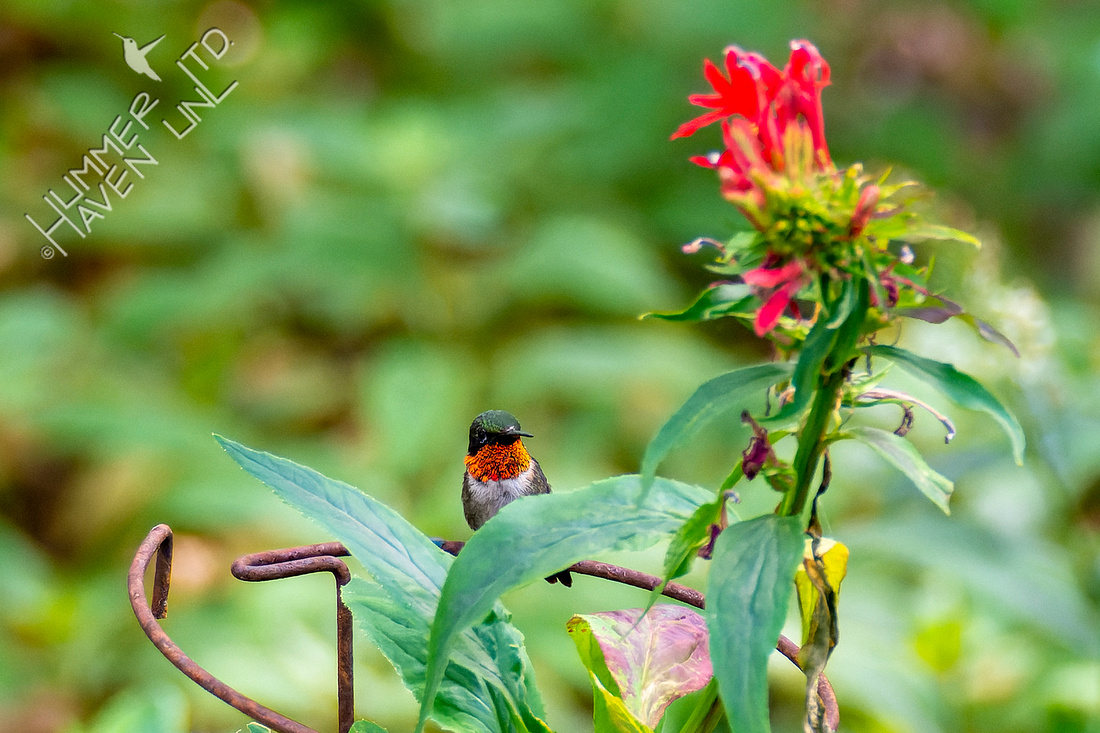 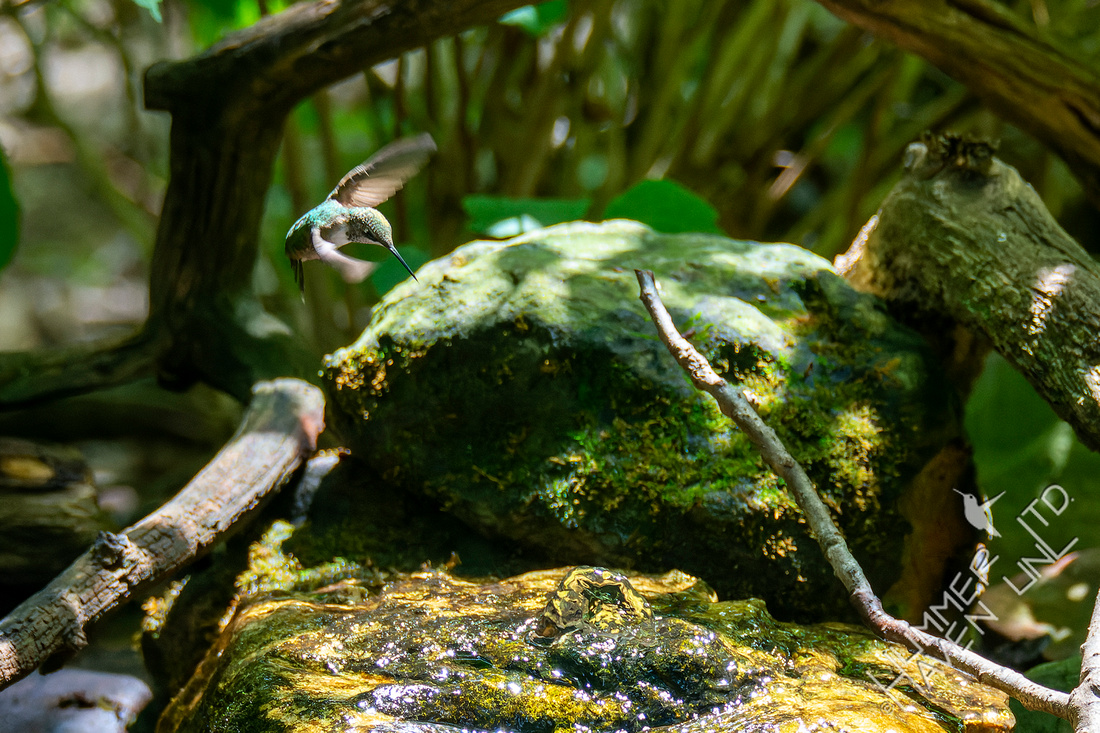 Ruby-throated hummingbirds are busy from dawn until dusk, protecting their patch of flowers or a feeder and checking out the bubbler. 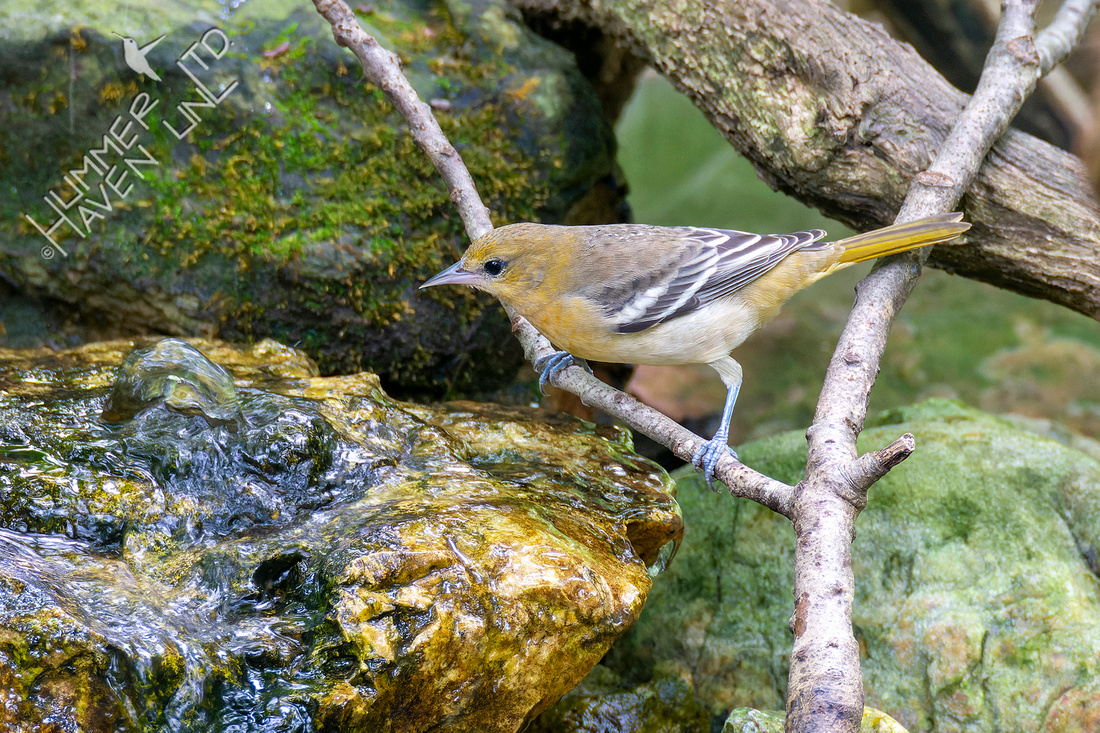 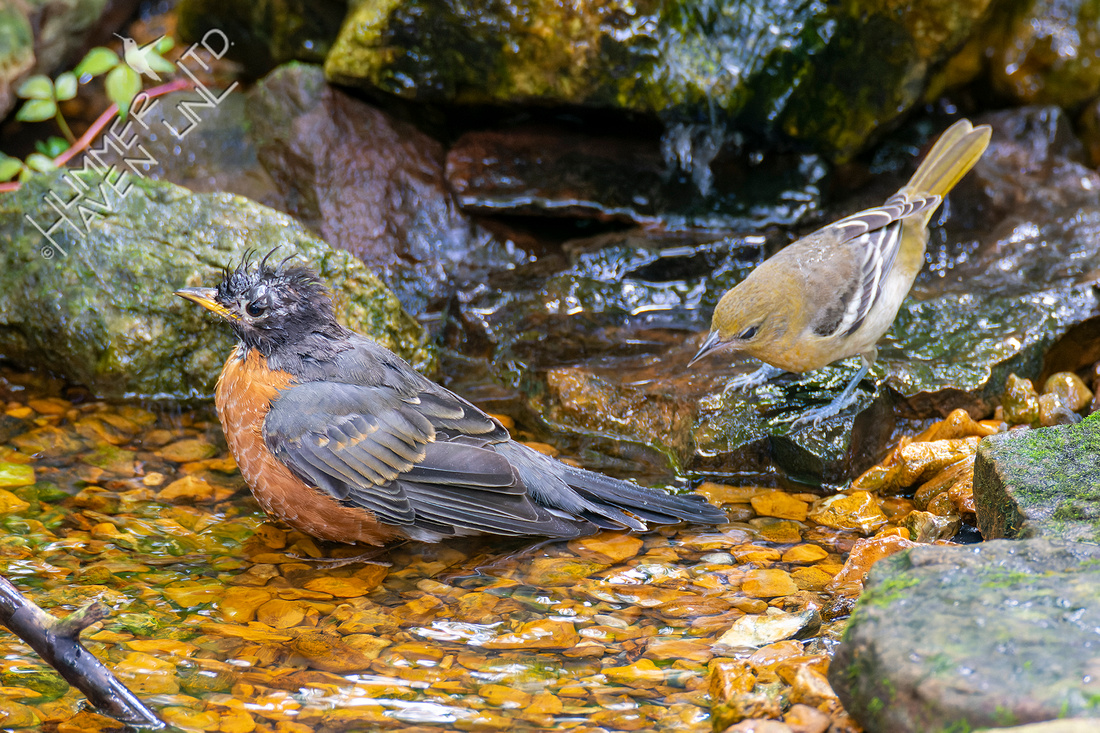 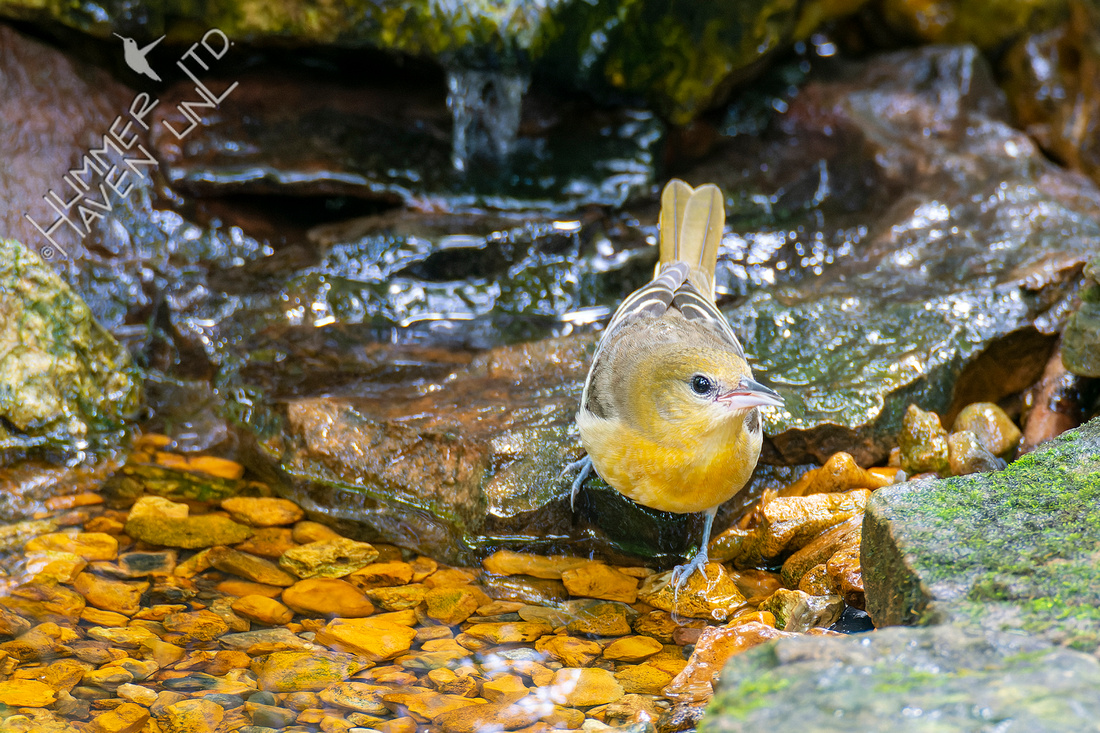 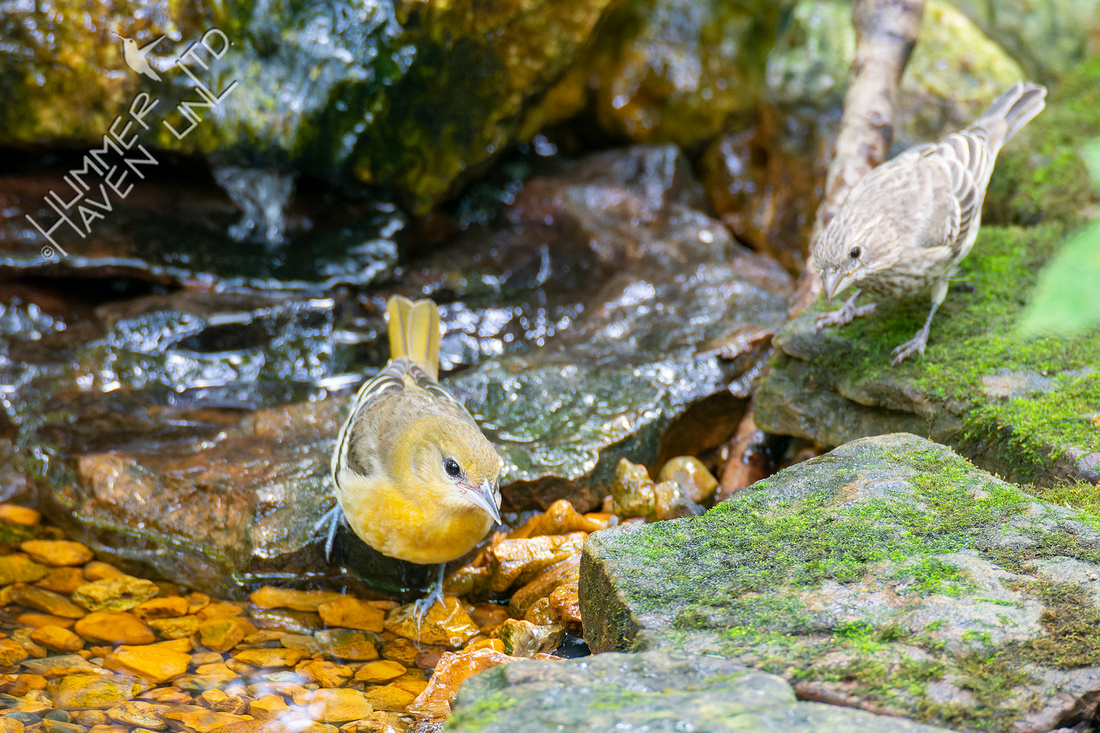 Another migrant arrived on Monday, 8-15-22. It was a young female Baltimore Oriole. The bird was thirsty! 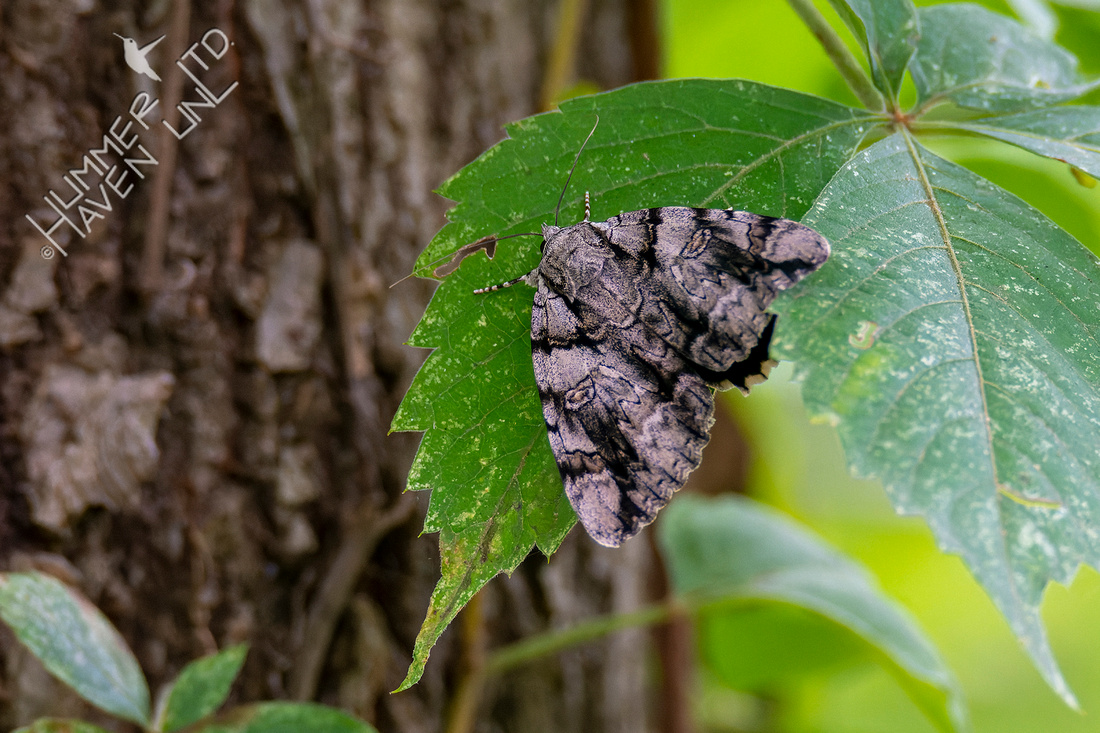 A Waved Sphinx moth (Ceratomia undulosa) flew in while I was photographing that same day. Its host plants are ash, oak, hawthorn and fringe tree. Fully grown caterpillars pupate underground and the adults probably do not feed. 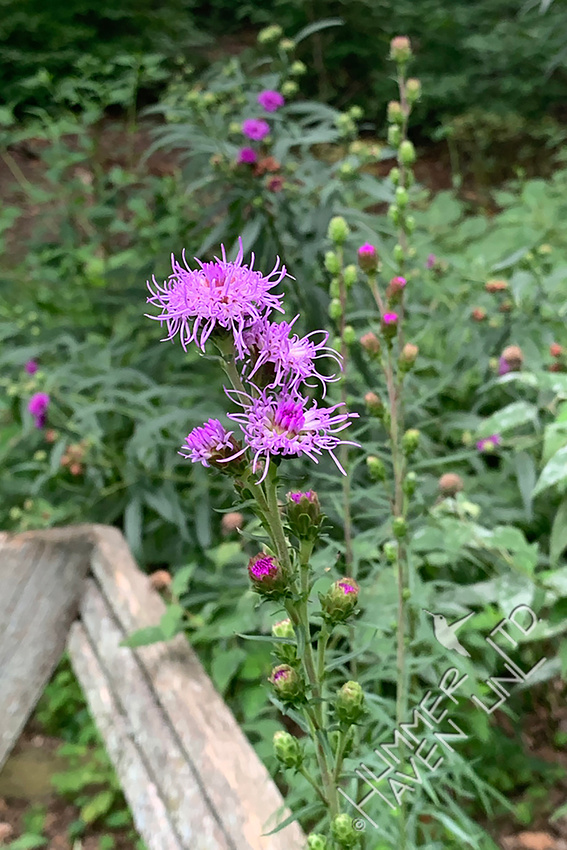 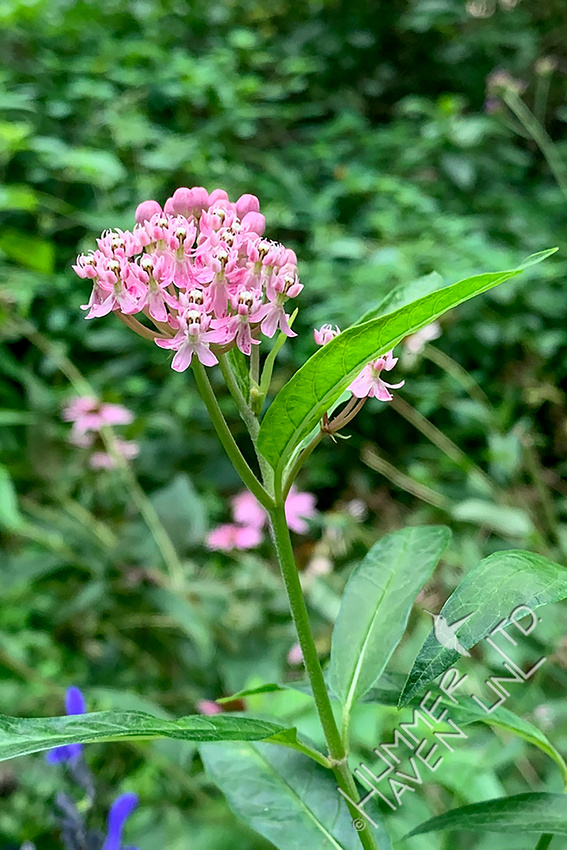 Yesterday morning, the Eastern Blazingstar (Liatris scariosa) was blooming nicely and so was the Marsh Milkweed (Asclepias incarnata). Still, there was no evidence yet of Monarch caterpillars on the milkweed. 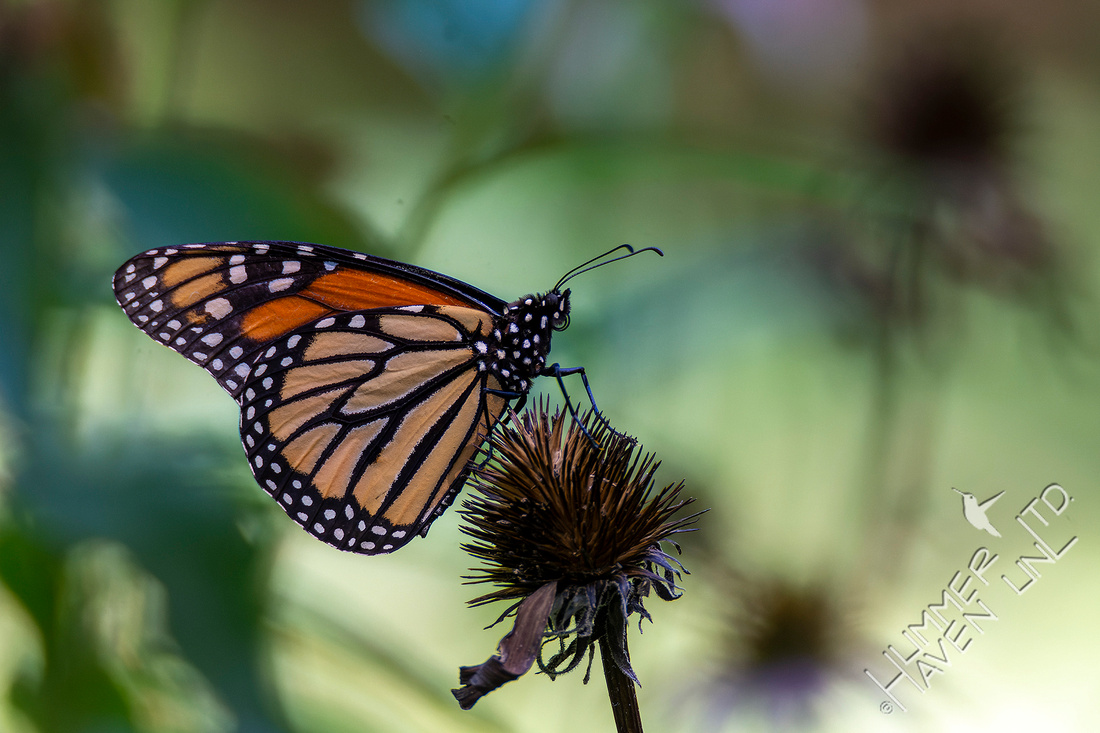 A bit later when I checked, there was the first Monarch of the year! It was flying about, sipping nectar and then resting on a coneflower head when I found it again. 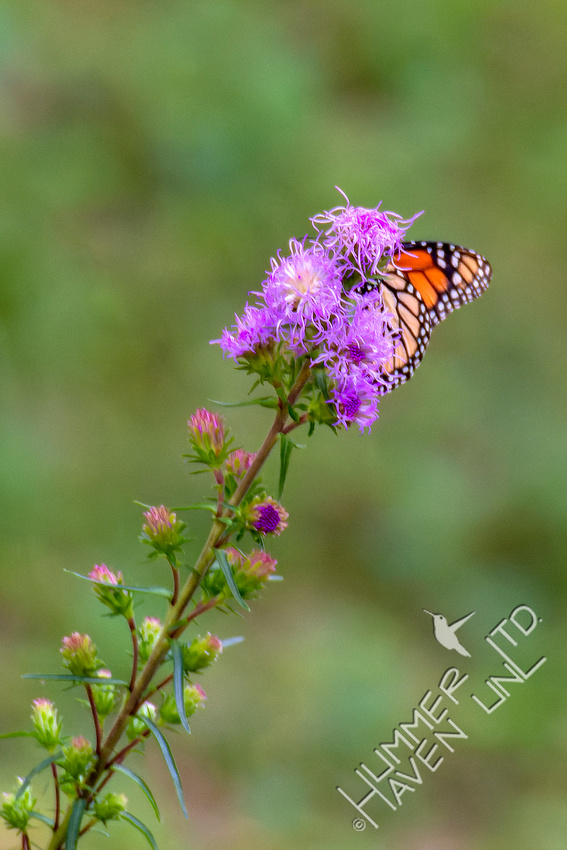 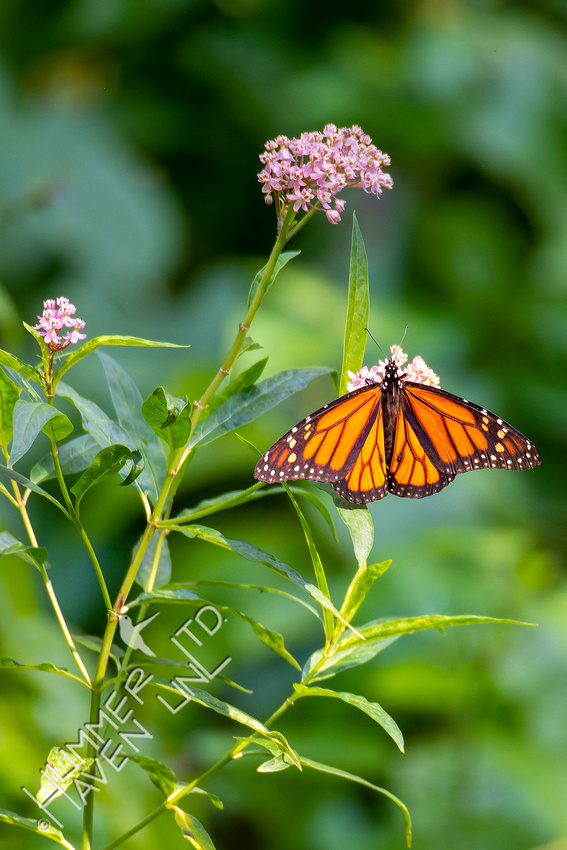 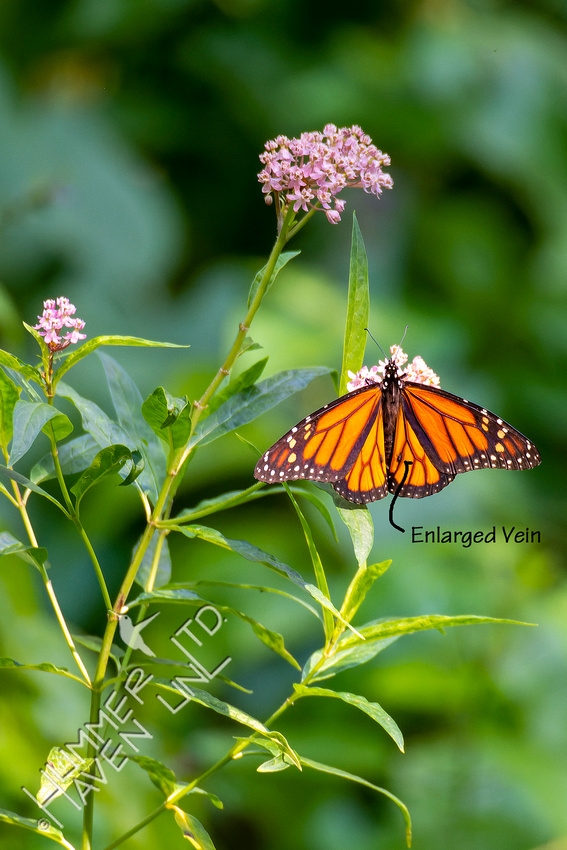 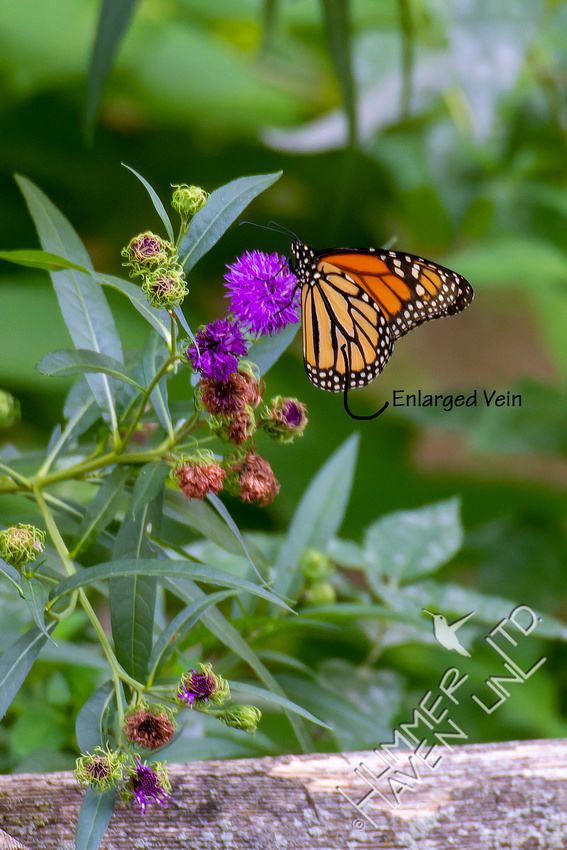 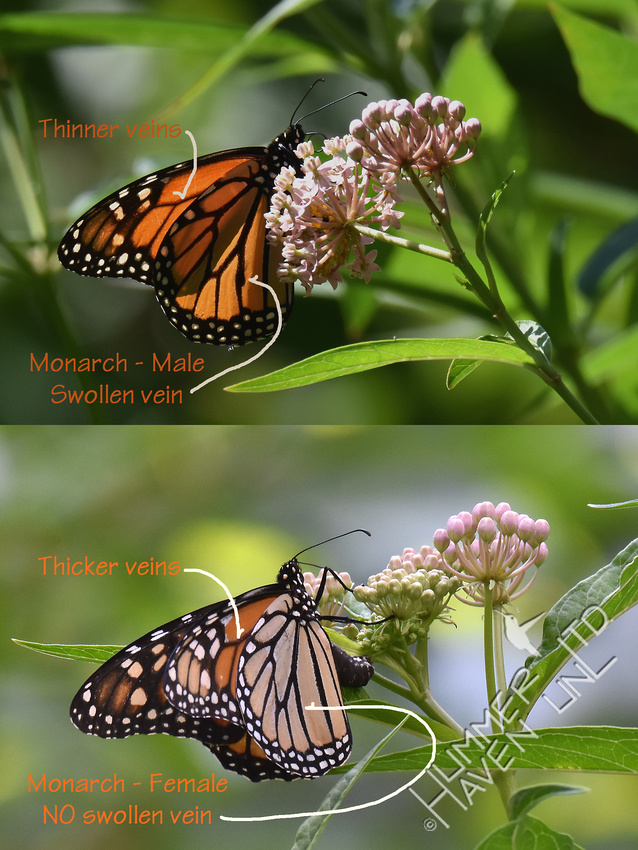 It was a nice, fresh looking male as indicated by the thinner veins with the black spots or swollen veins on the hind wings. Last photo shows both sexes for a comparison.

Today has been a busy day with the cool front that came in overnight. I'll save those stories until next time!