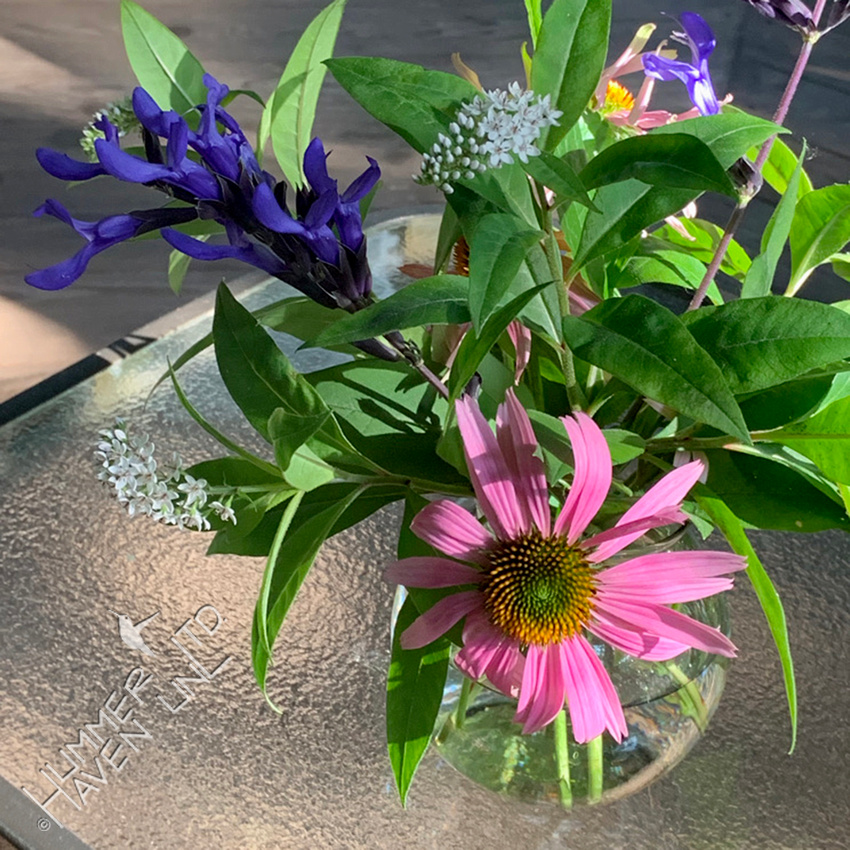 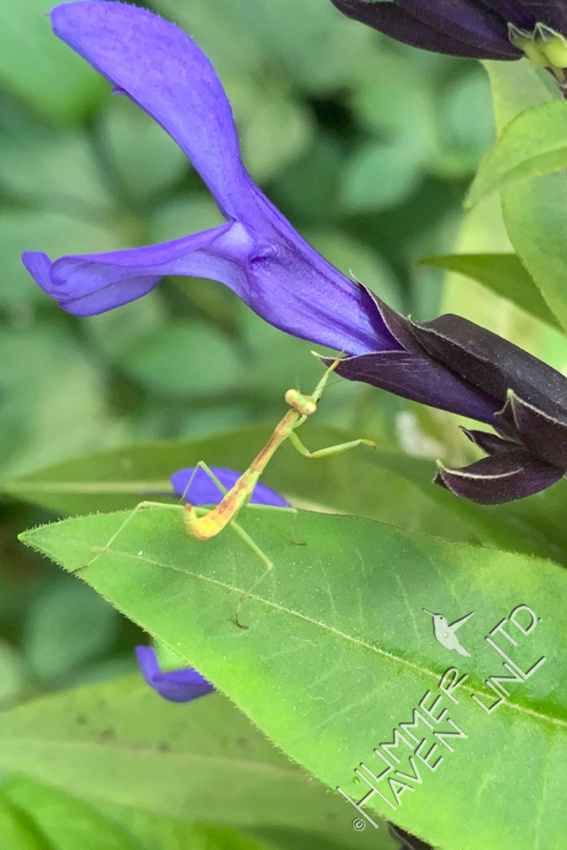 Hope you all had a safe and pleasant Fourth of July!

This tiny Praying Mantis was within the bouquet I had picked from the garden, but it was safely taken to another plant so it could continue preying on small pests. A Praying Mantis is an Insect, in the Order of Mantids. 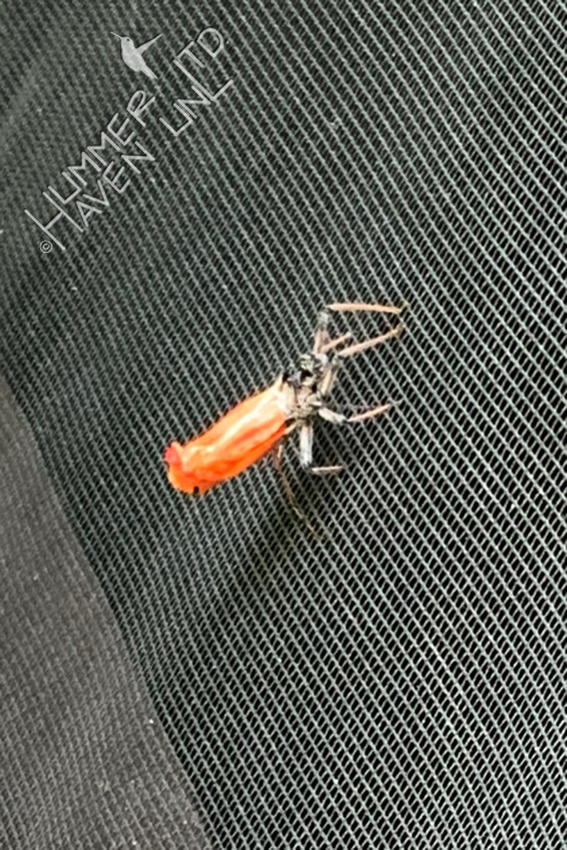 Yesterday, Dan noticed this critter on the screen. Neither of us knew what it was or what was happening to it. Was it an insect, a spider or a true bug? Spiders have eight legs, and they are Arachnids, a separate class of animals. Boy, it's time to take a class again. "All bugs are insects, but not all insects are bugs!" So much to keep straight. Looked like six legs on this one at first. 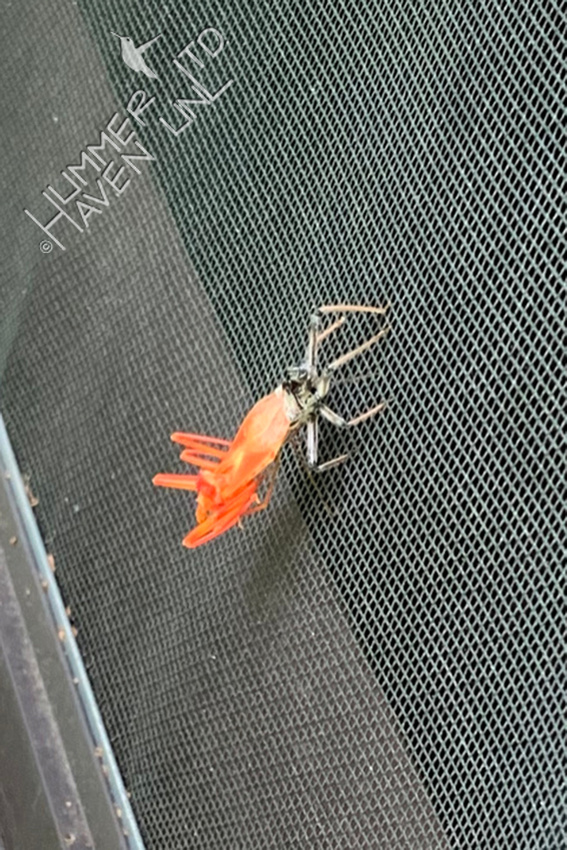 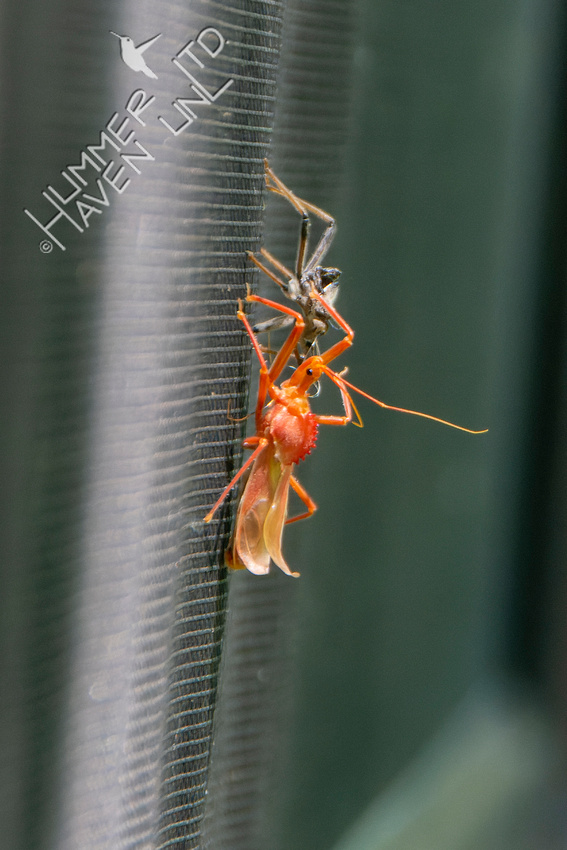 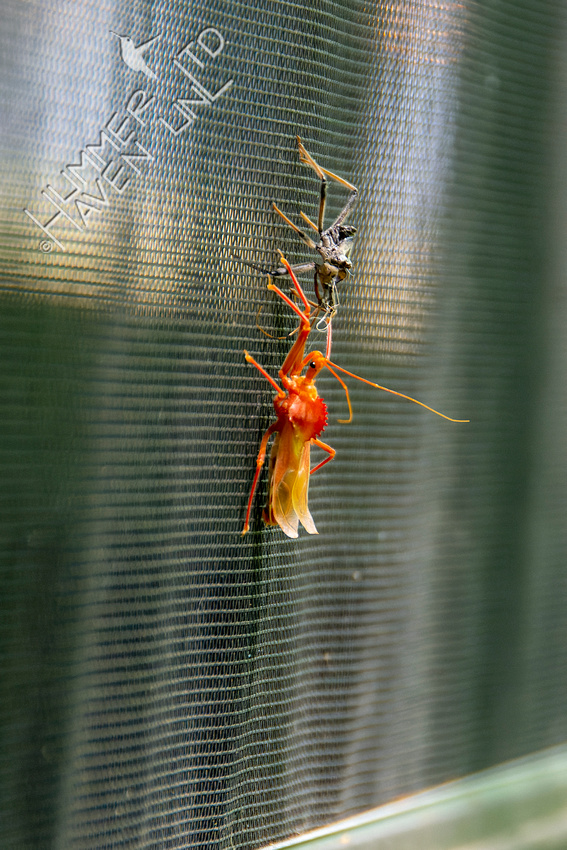 Aha! As this true bug molted from its last nymph stage into an adult, we recognized it as a Wheel Bug. Believe me, the one thing I do know is that they will bite if handled and provoked. An entomologist once told me that a Wheel Bug's bite is worse than a hundred hornet stings. Lesson learned. That experience is not on my bucket list! 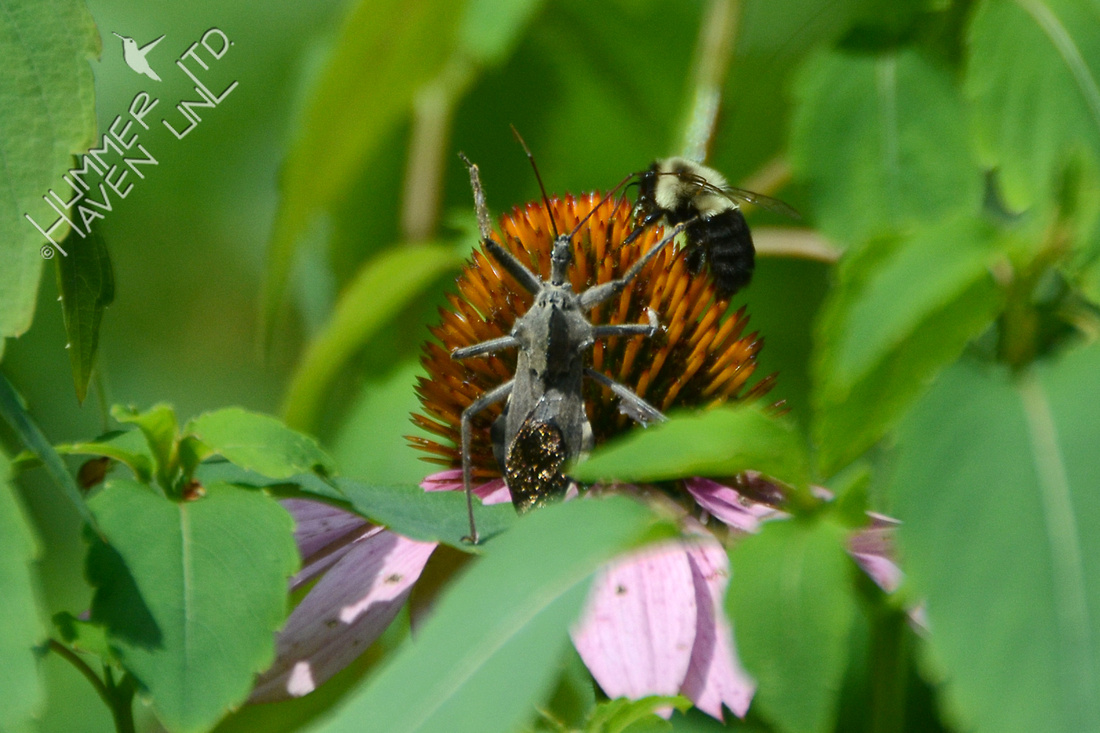 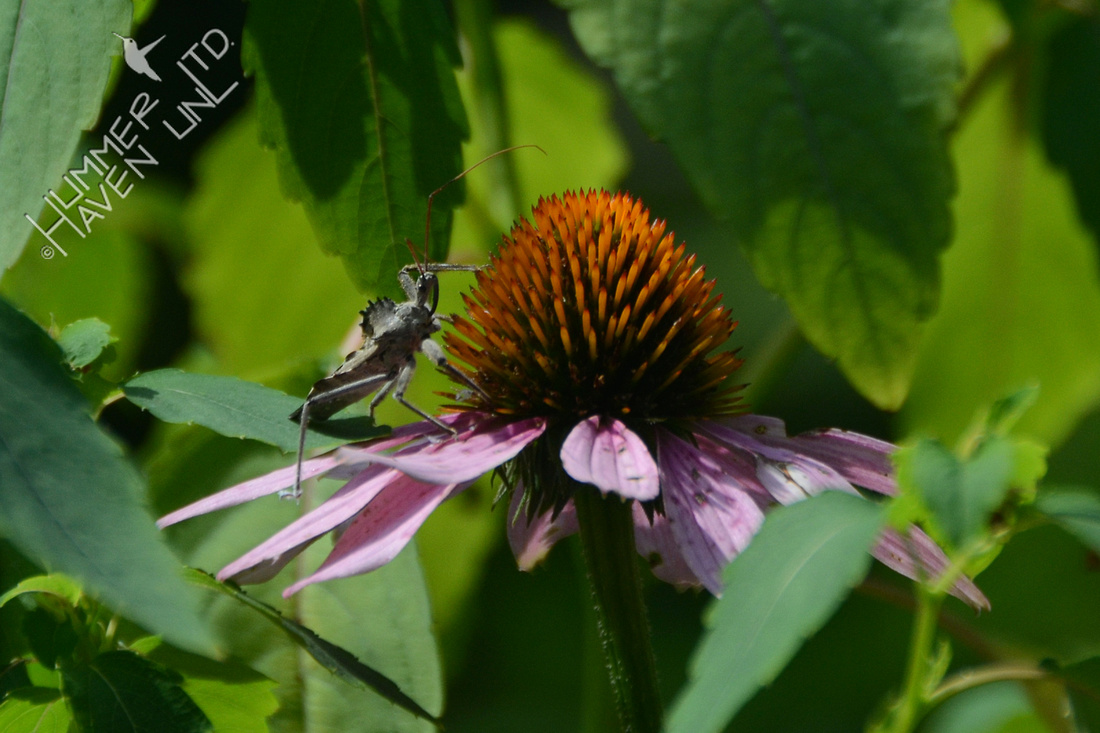 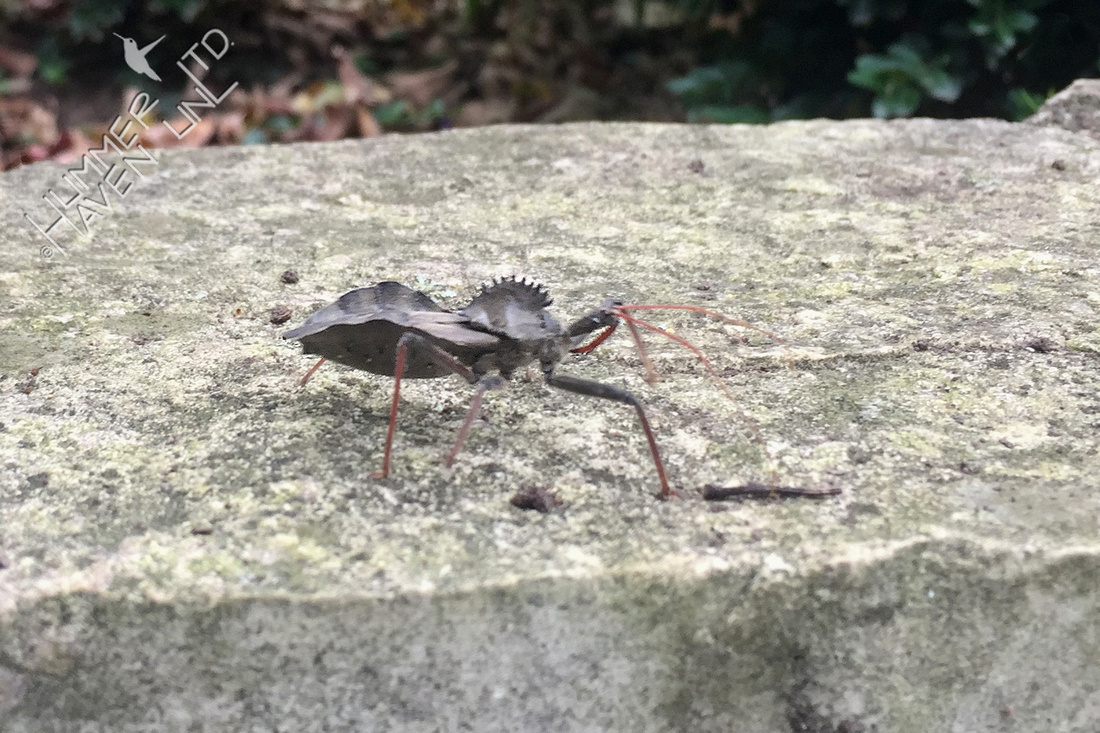 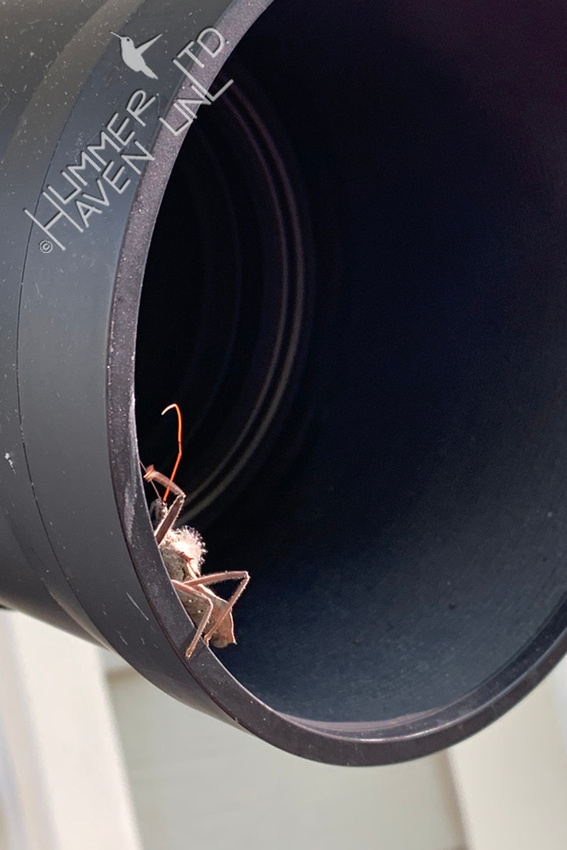 I have had encounters with this true bug which can be impressive at 1 1/2" long. Once, I almost put my hand down on the stone wall before I realized it was there. And, then there was the time it was inside the lens hood of my camera setup. I was able to use a soft broom and help it to fly off. They are the largest true bug, and a beneficial creature because they eat garden pests. We don't use insecticides because we know that these helpful critters are part of our natural world, keeping the ecosystem in balance. 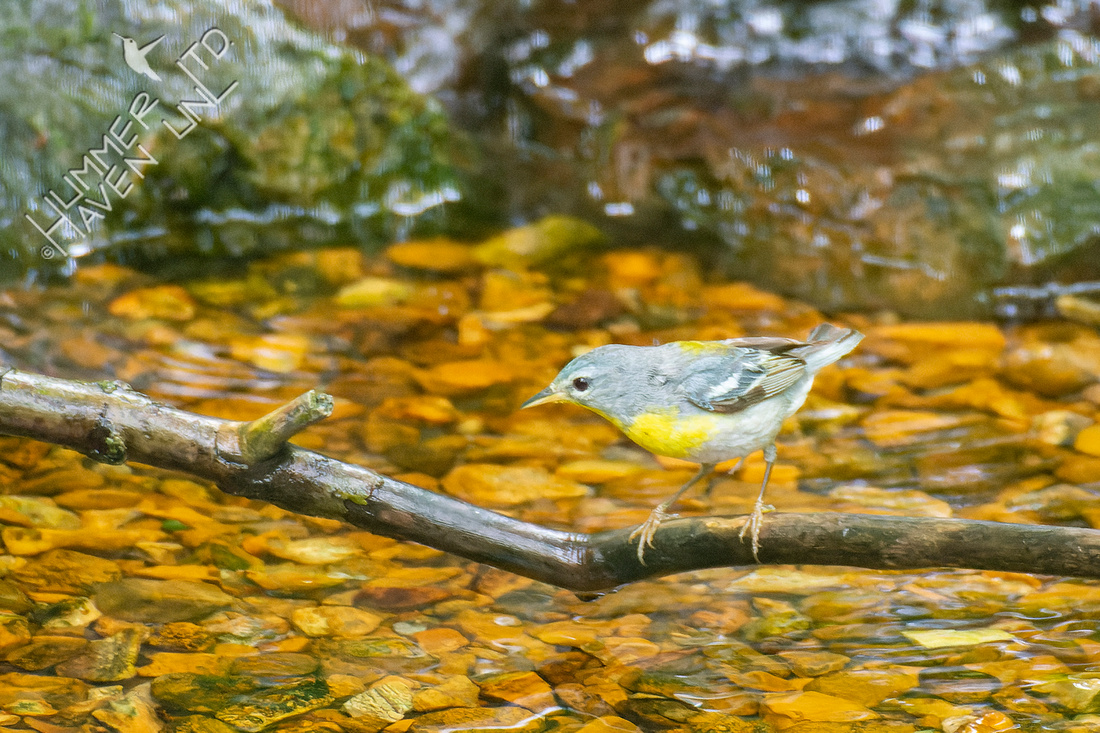 Birds have been coming to the water features often on these hot days. A young female Northern Parula has visited several times. 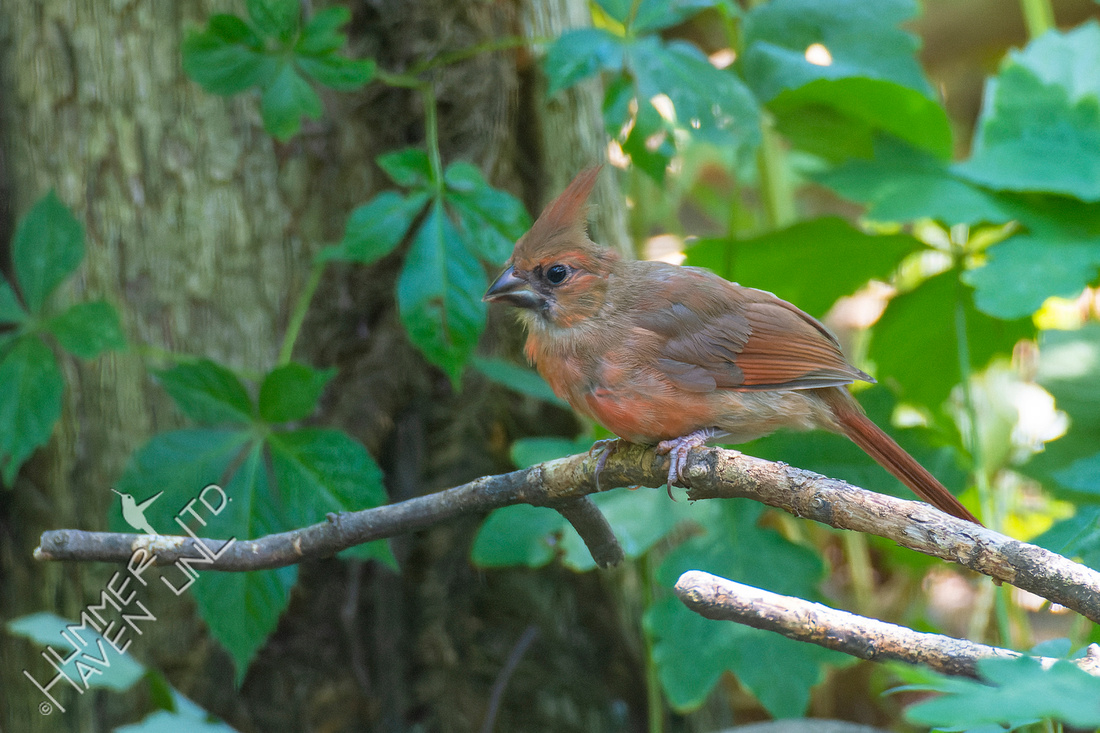 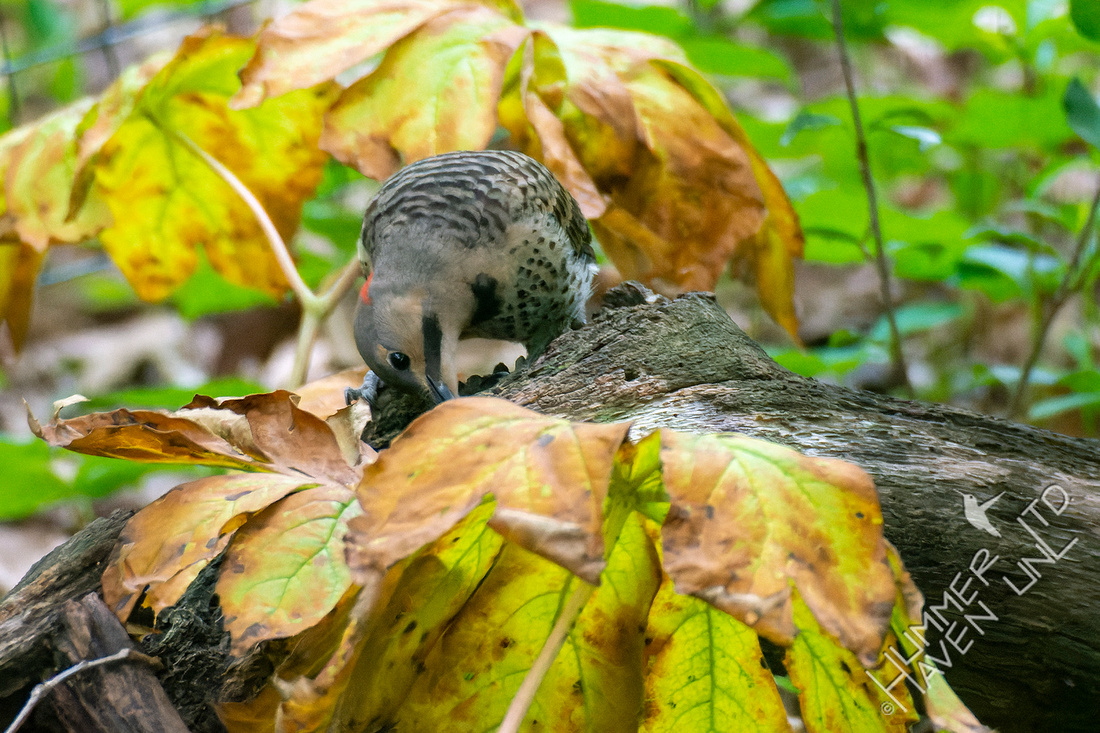 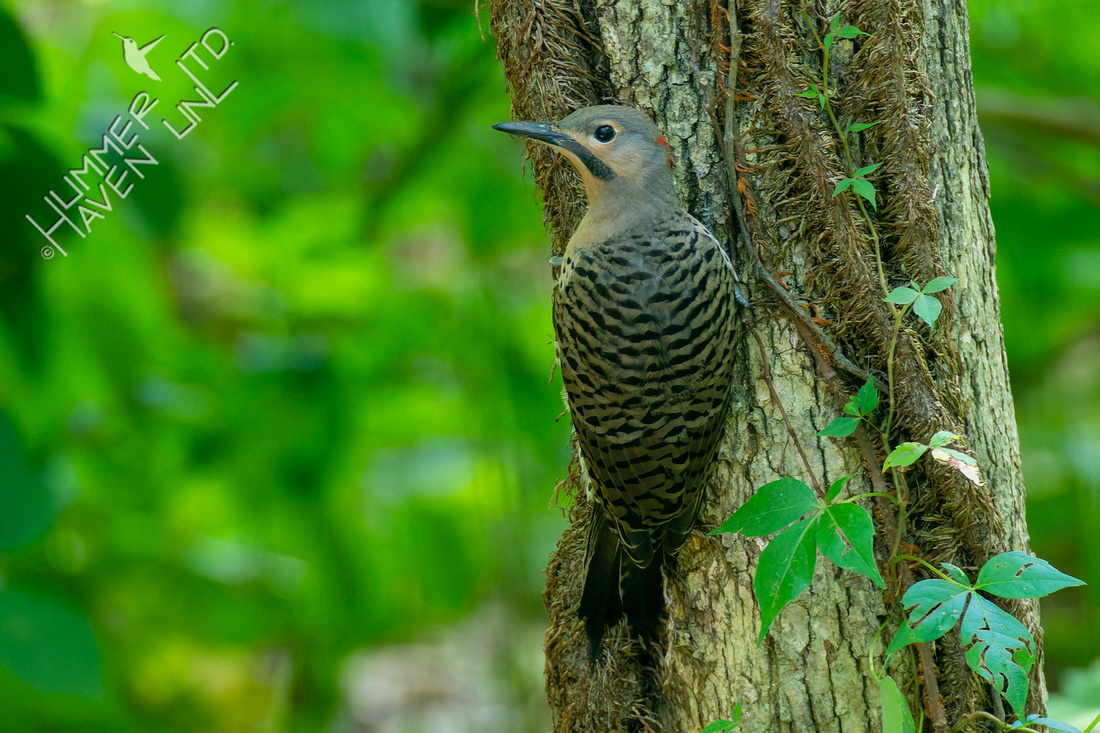 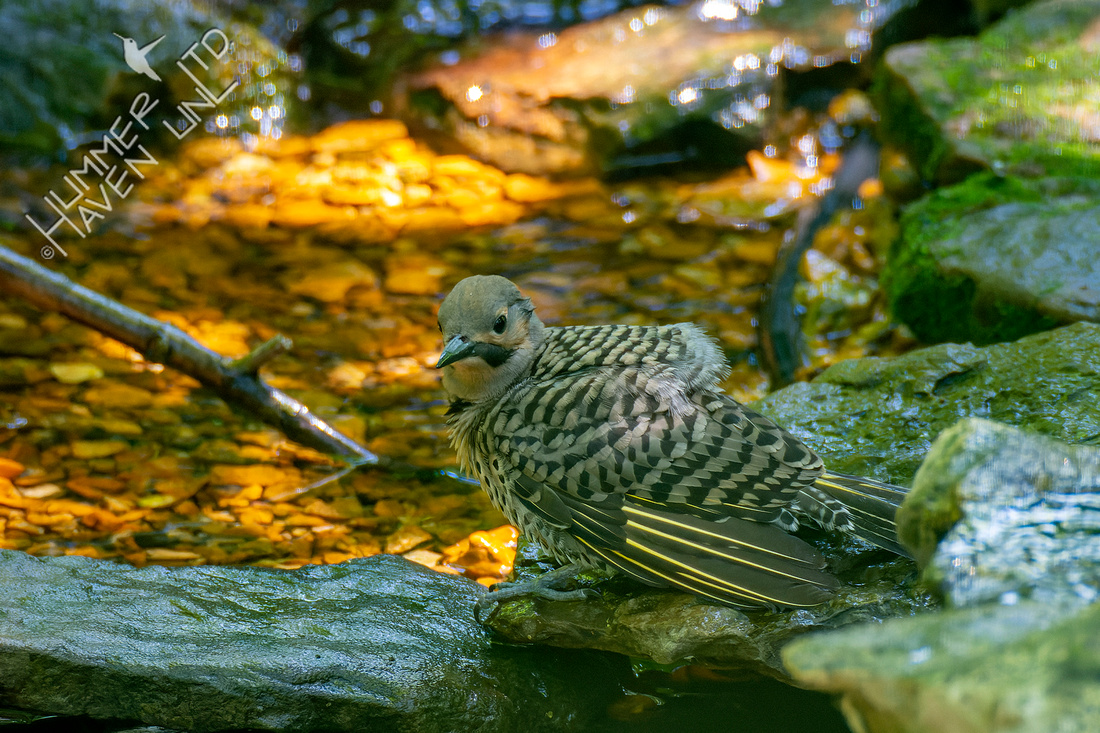 Two young Northern Flickers, both males, usually come in together to forage and learn about their world. 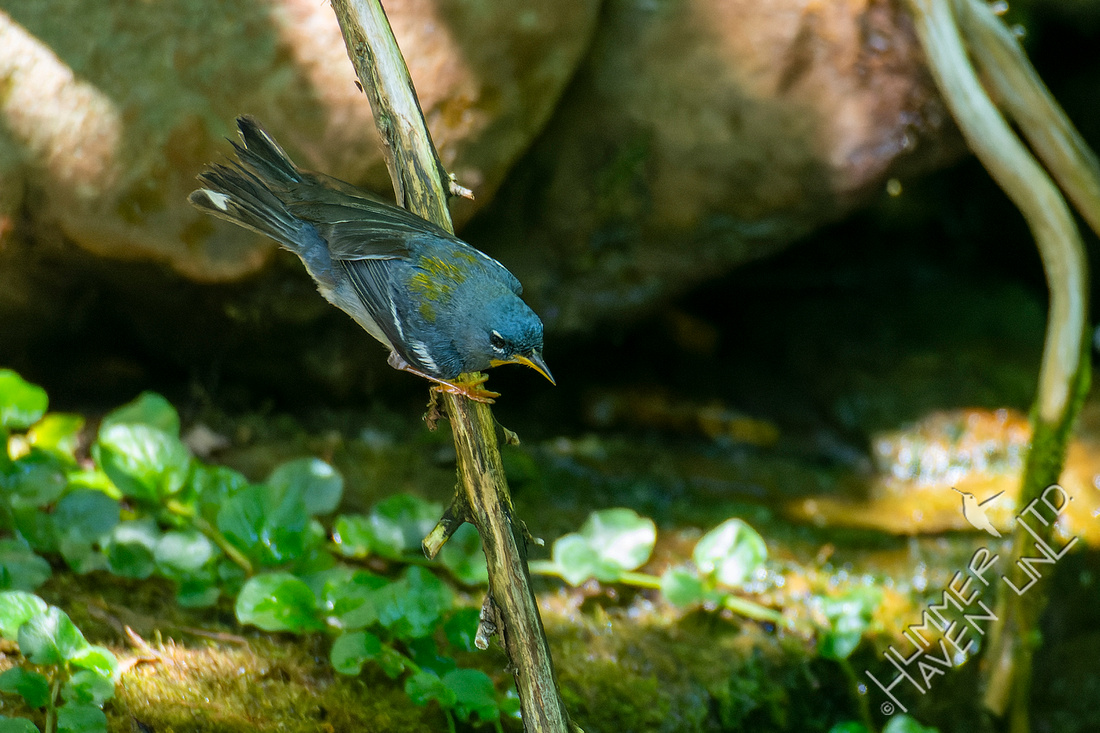 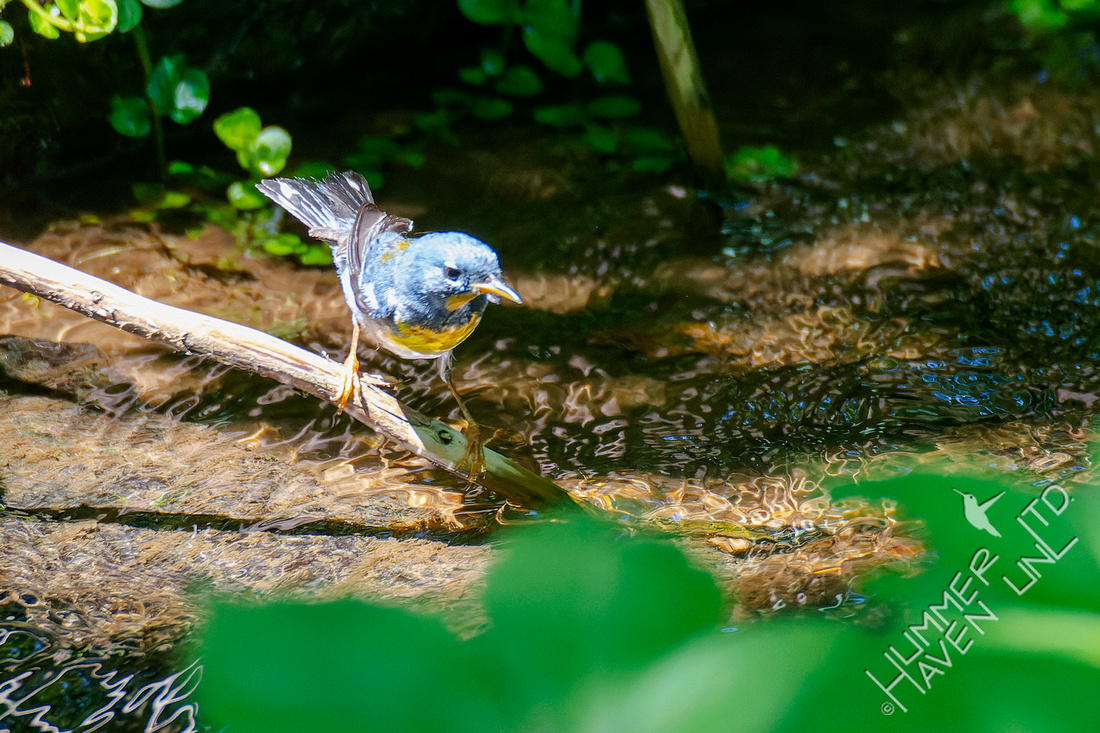 An adult Northern Parula seems to prefer the pond for its bathing. 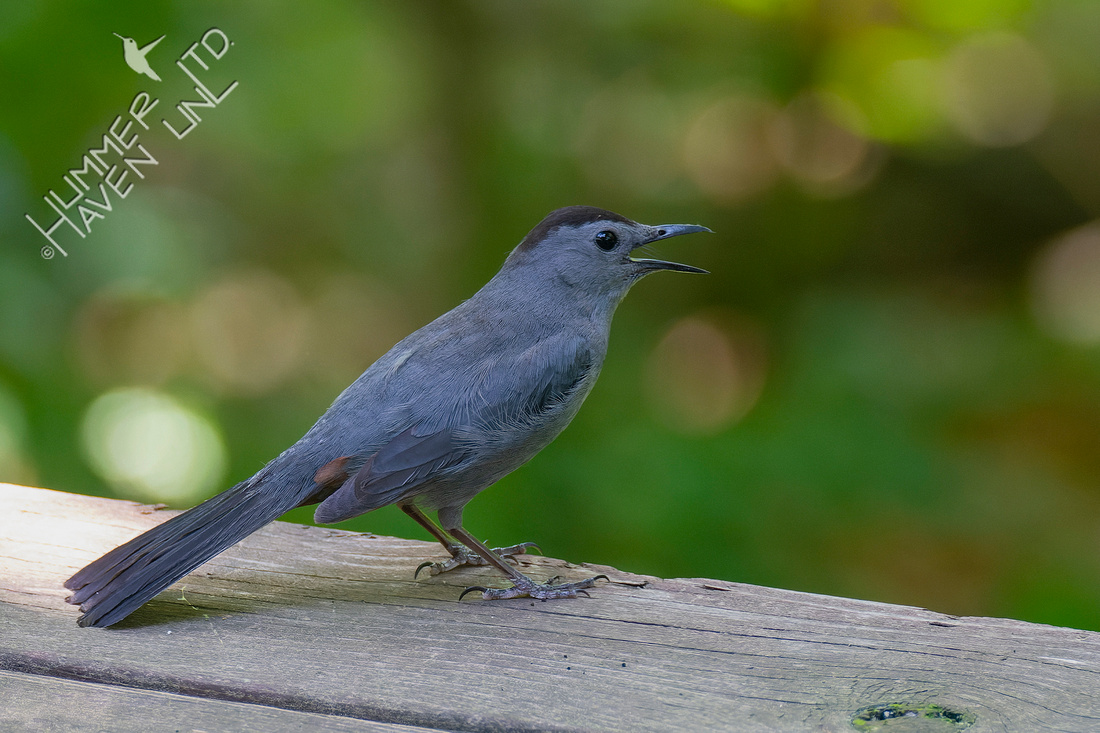 This Gray Catbird came out into the open, making all sorts of calls one morning. 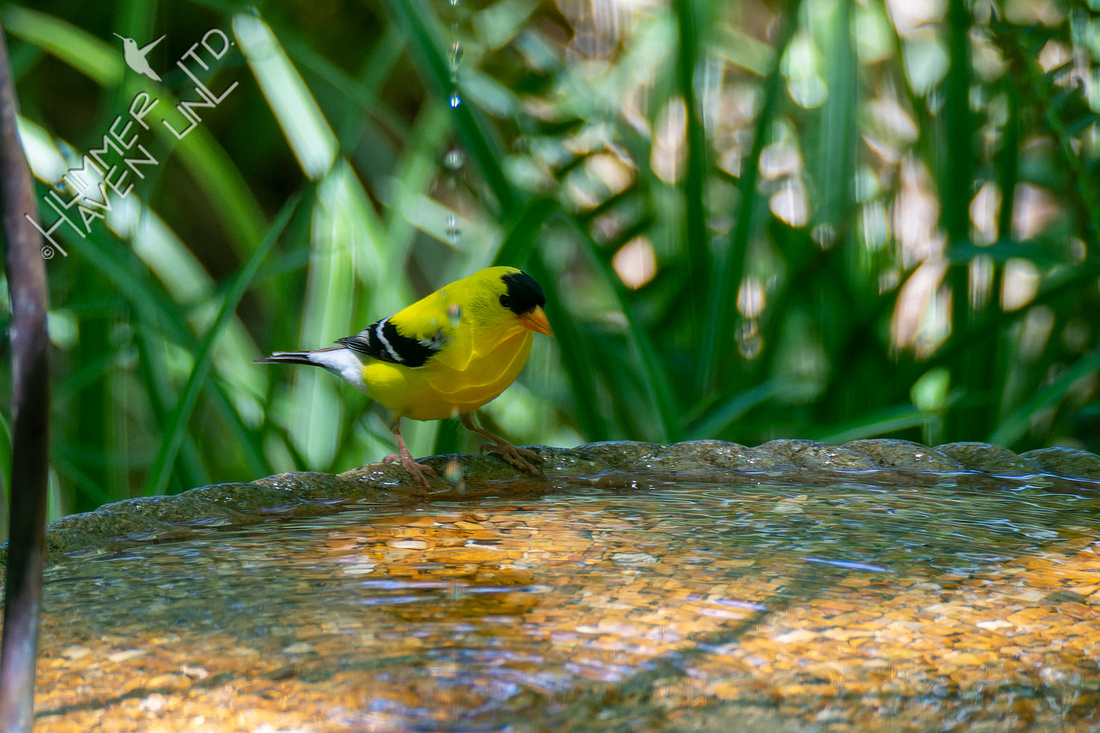 An American Goldfinch seemed entranced by the dancing sunbeams on the water. 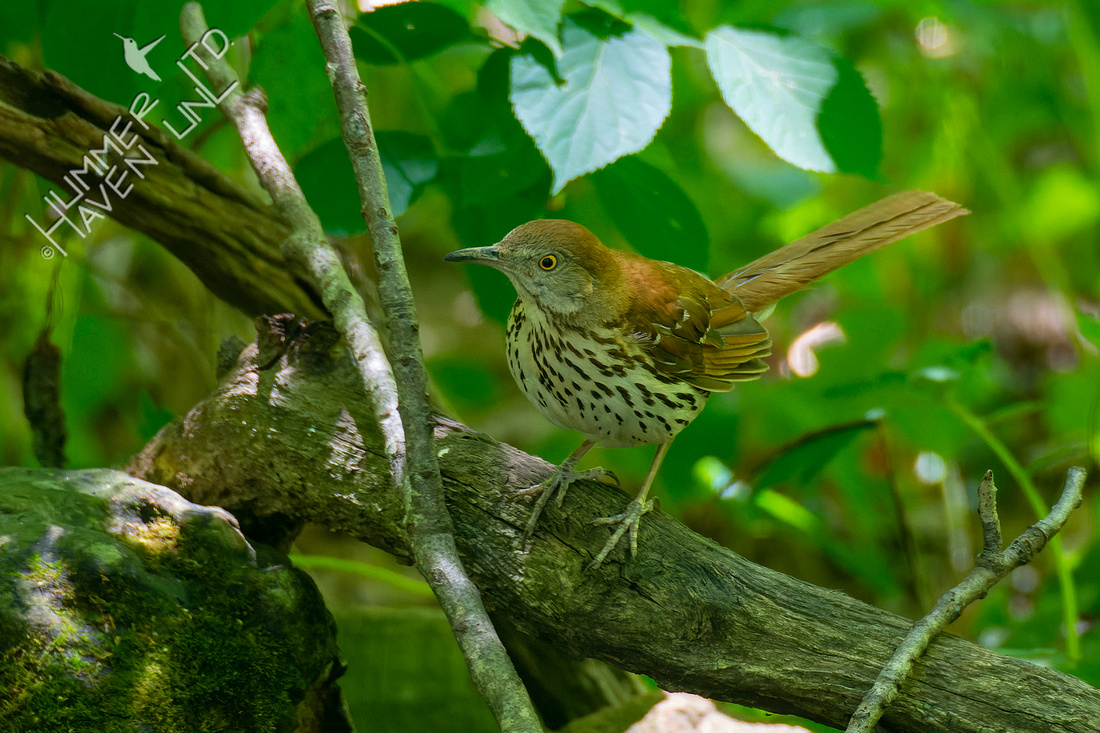 We're getting more frequent views of the Brown Thrashers, though we still haven't seen a young one. 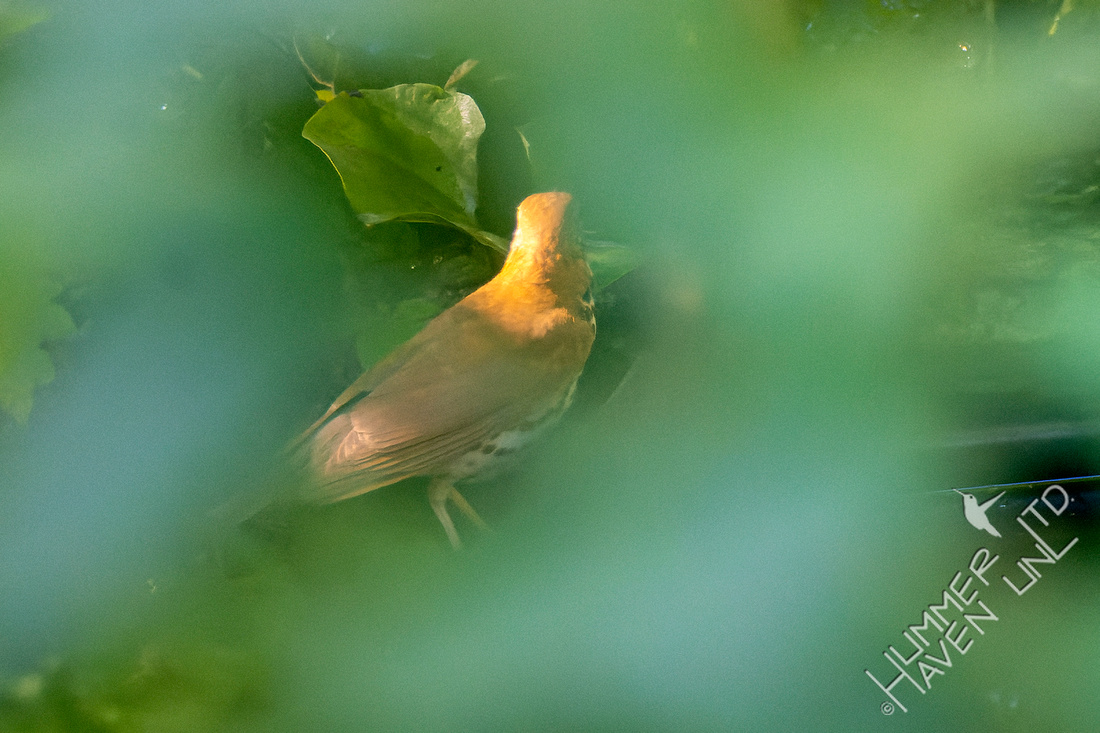 On 7-1-22, not a Brown Thrasher but a Wood Thrush was at the bubbler again. This is the only photo I managed, it's the first time I've had one in July. There were several robins trying to bathe and the Wood Thrush couldn't muster the courage to get closer to the basin.

Here is a 2 minute video of the Wood Thrush which you'll see front and center in the beginning. As you can see, the bird keeps looking at the pond but wisely assesses that it's too deep. 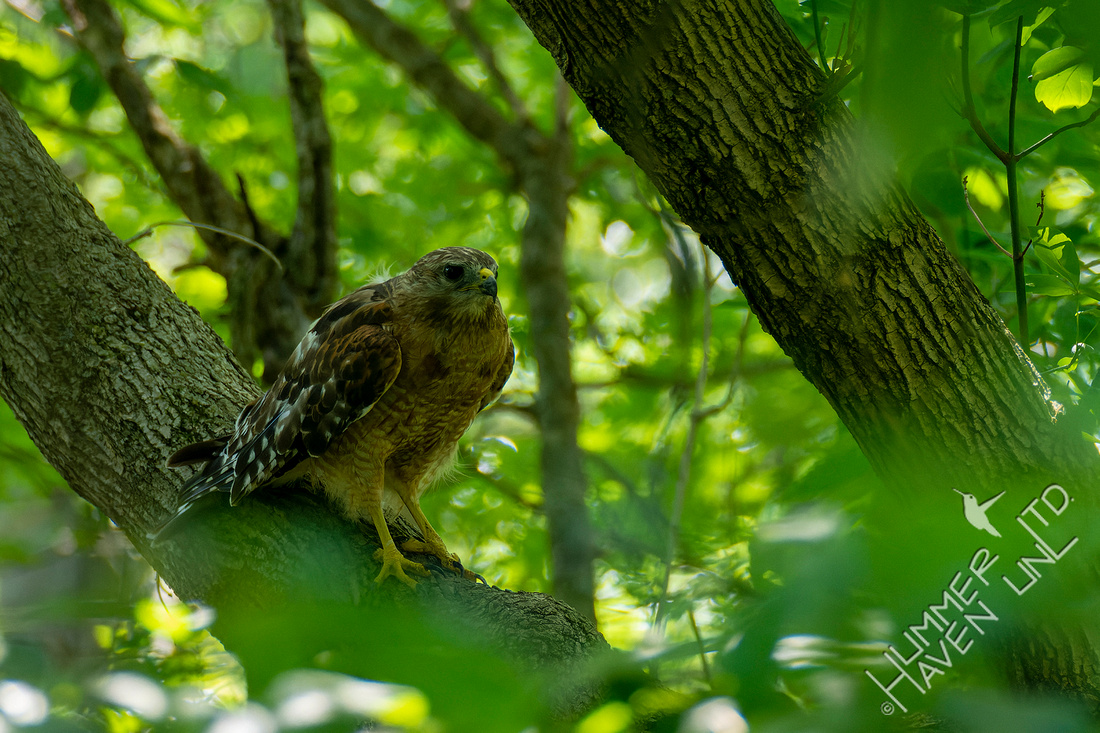 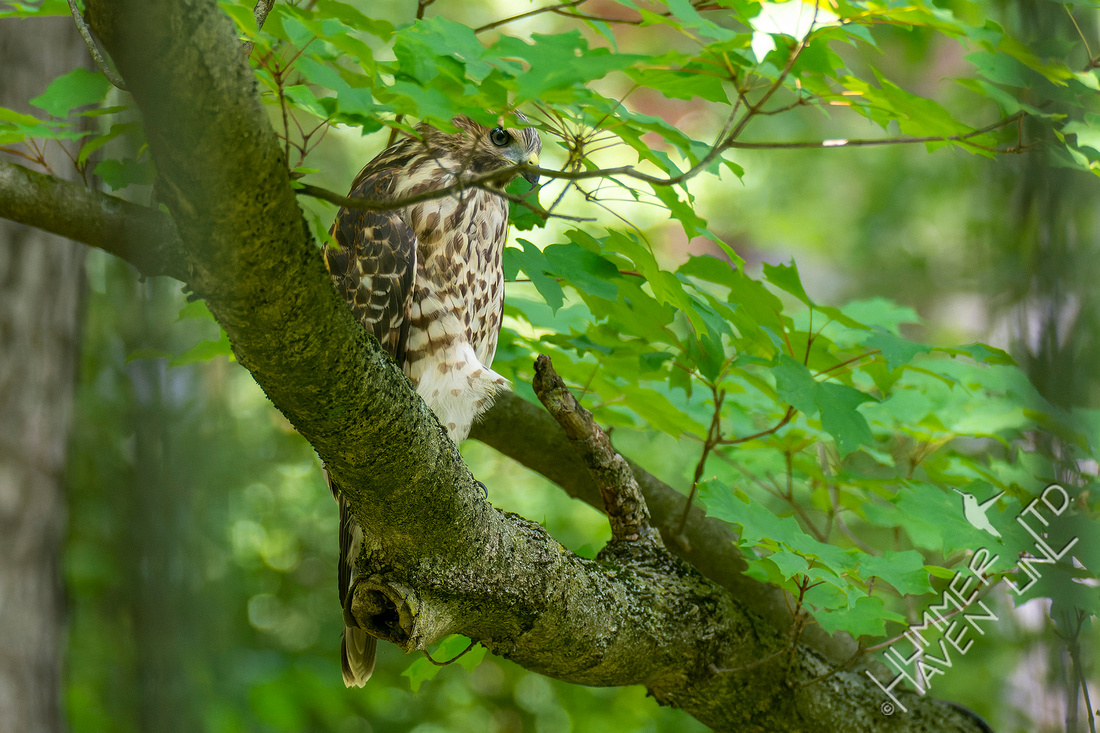 Finally, we are seeing the Red-shouldered Hawks come in again. The adult (top) has been in several times and we've also seen the immature one. It's wonderful to know there has been a successful nesting this year. Helping breeding birds and migrants is the goal!