Thank you all for being patient, hope you had fun and did well! 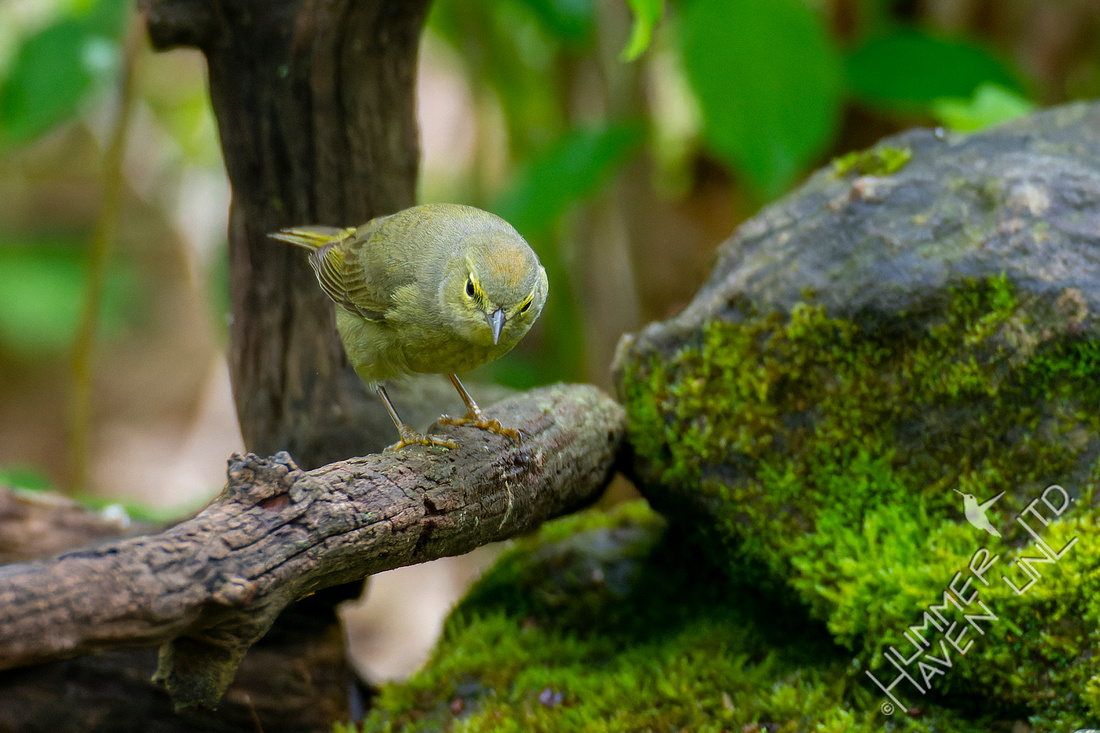 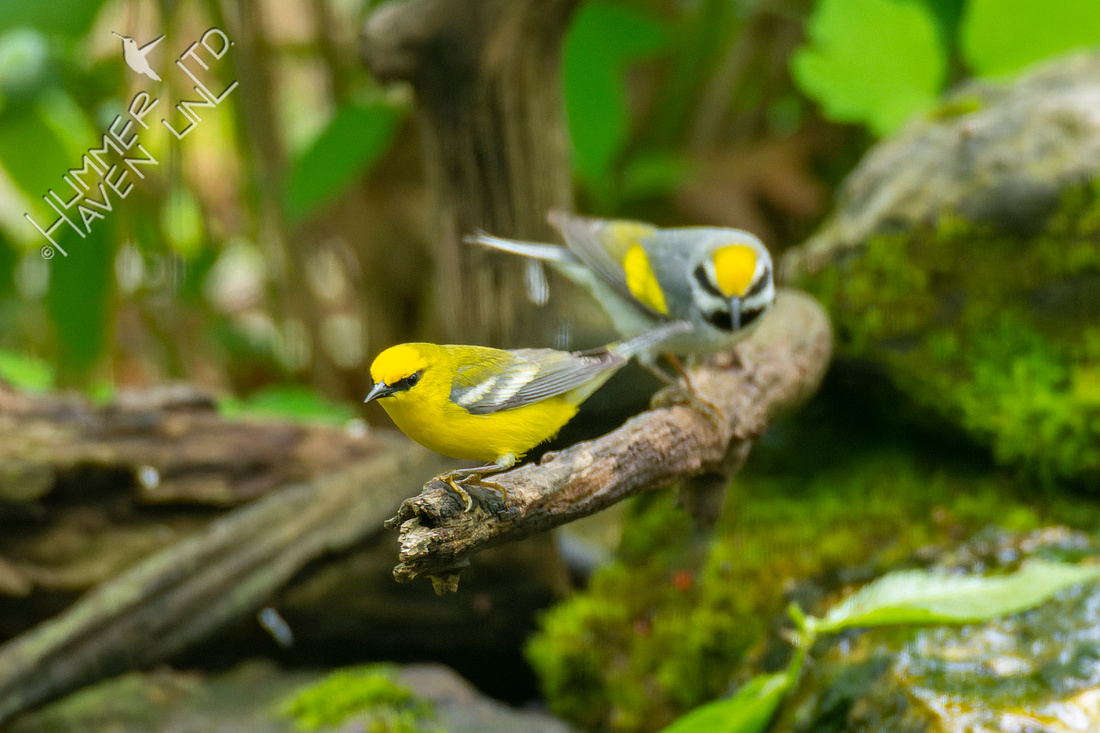 3. Golden-winged Warbler, in back 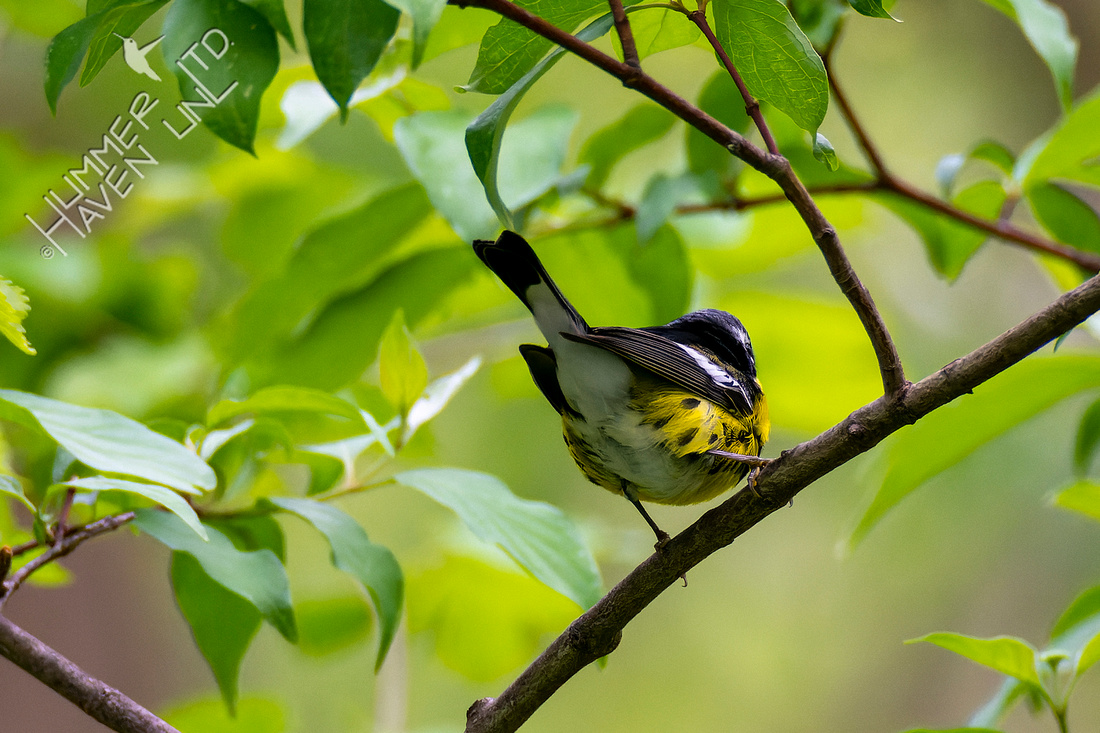 4. Magnolia Warbler with "tail dipped in ink" which is diagnostic for this species 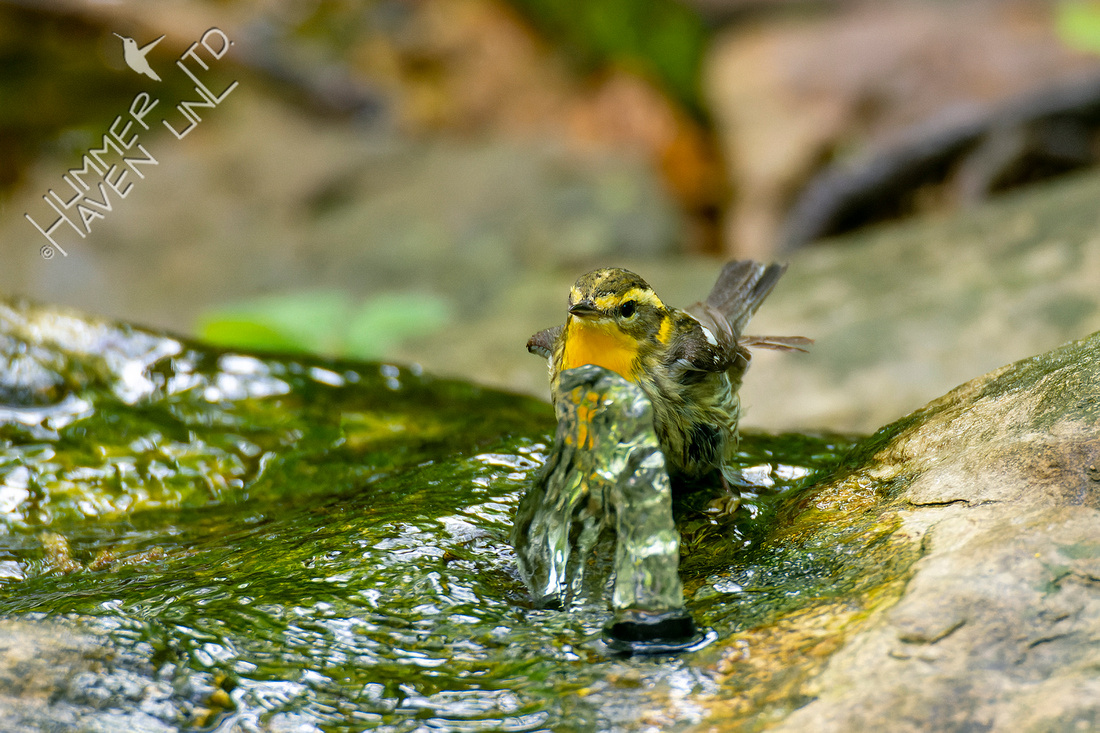 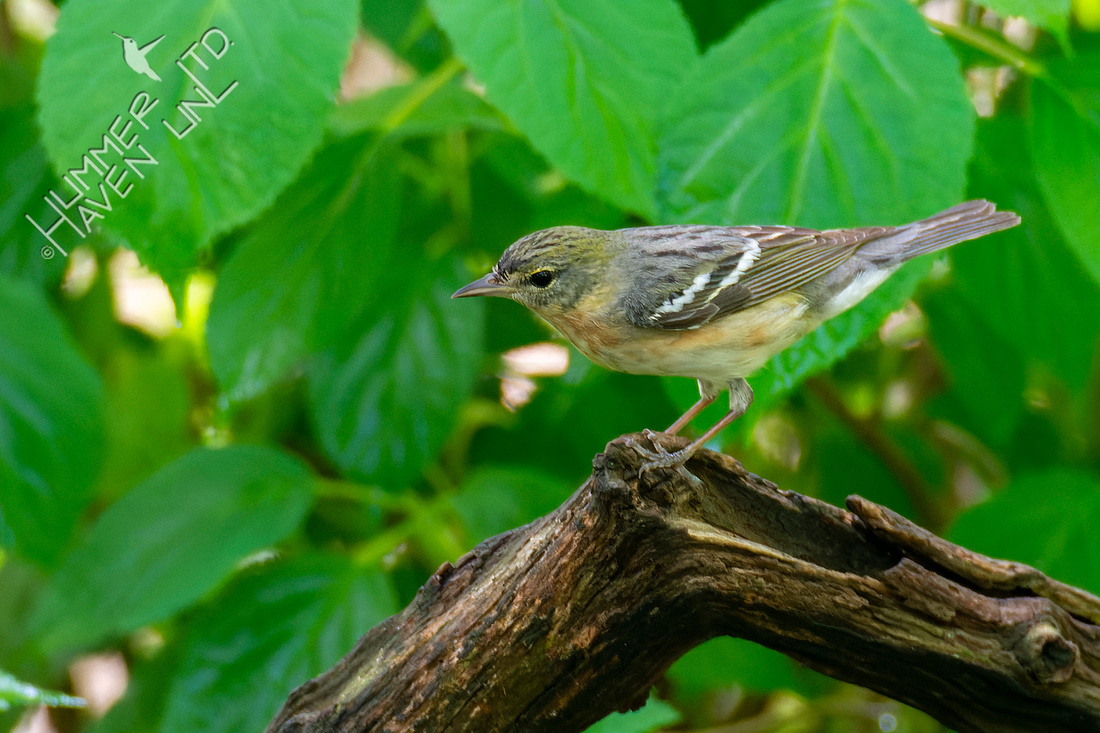 Now for the latest summer update... 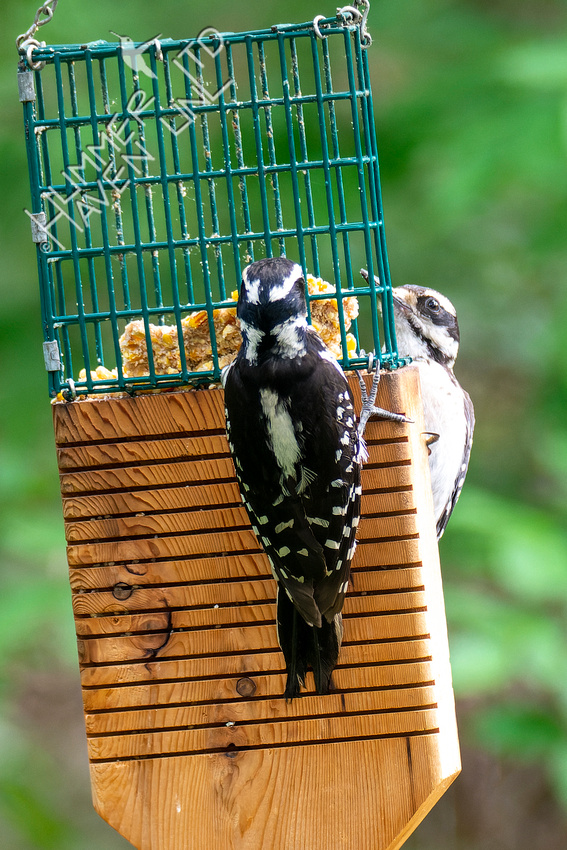 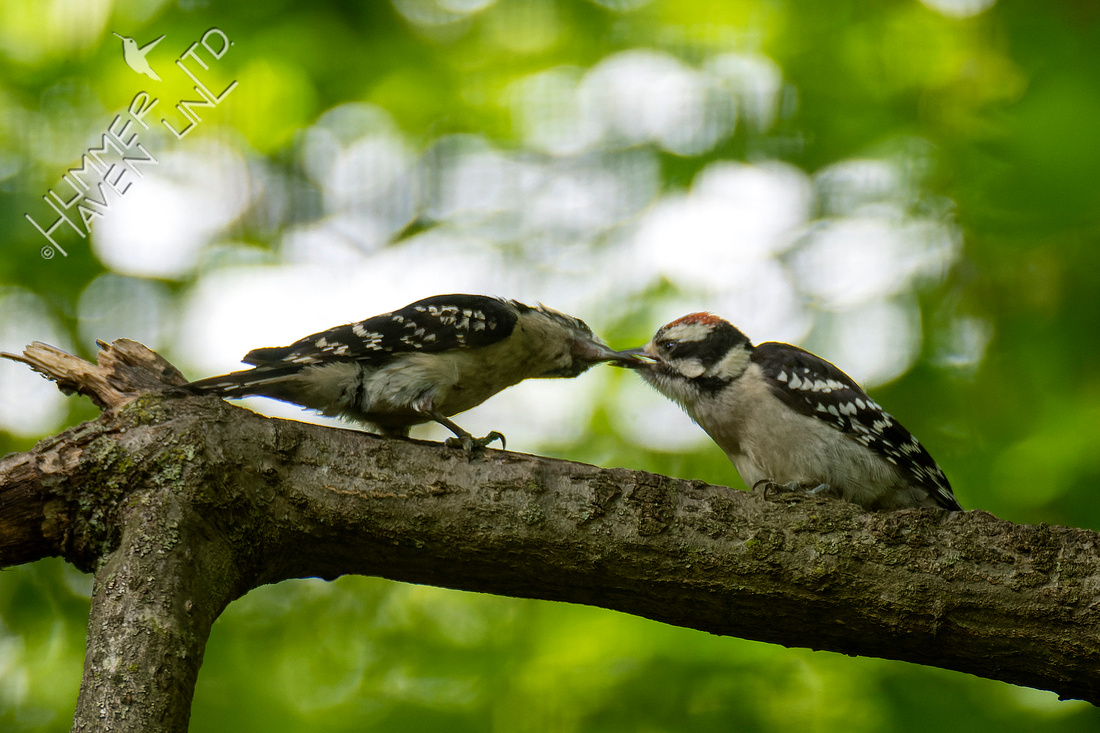 Nesters have been busy finding food for their fledglings. A Hairy Woodpecker teaches its young about suet and a Downy Woodpecker feeds hidden insect morsels to its offspring. 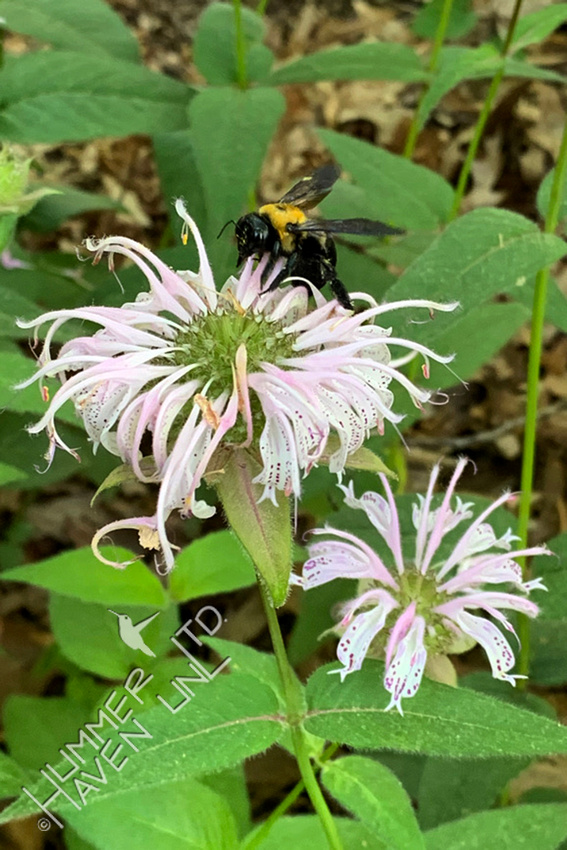 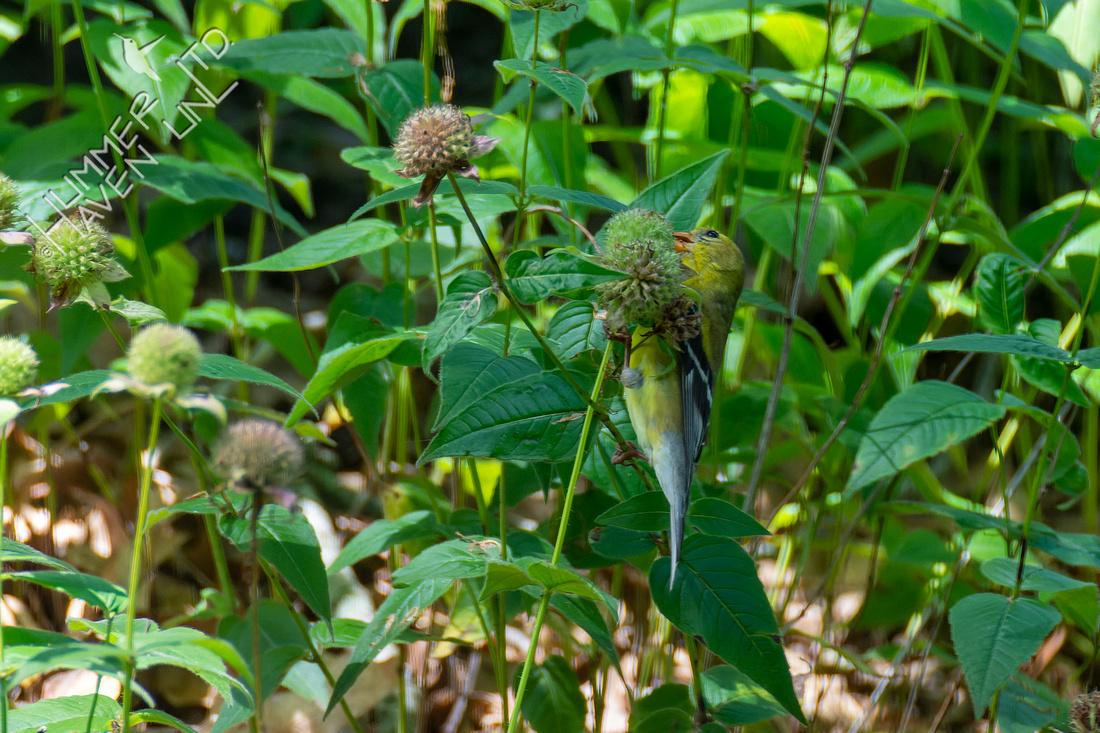 American Goldfinches have been eating the seeds of Eastern Beebalm (Monarda bradburiana). It was in full bloom on 5-17-22. By not cutting back the spent blooms, the seeds feed the birds and help to enlarge the patch. This plant has done better here on a dry slope than anywhere else I've tried it. It attracts hummingbirds and other pollinators and also is a host plant to 9 different moth and butterfly species. 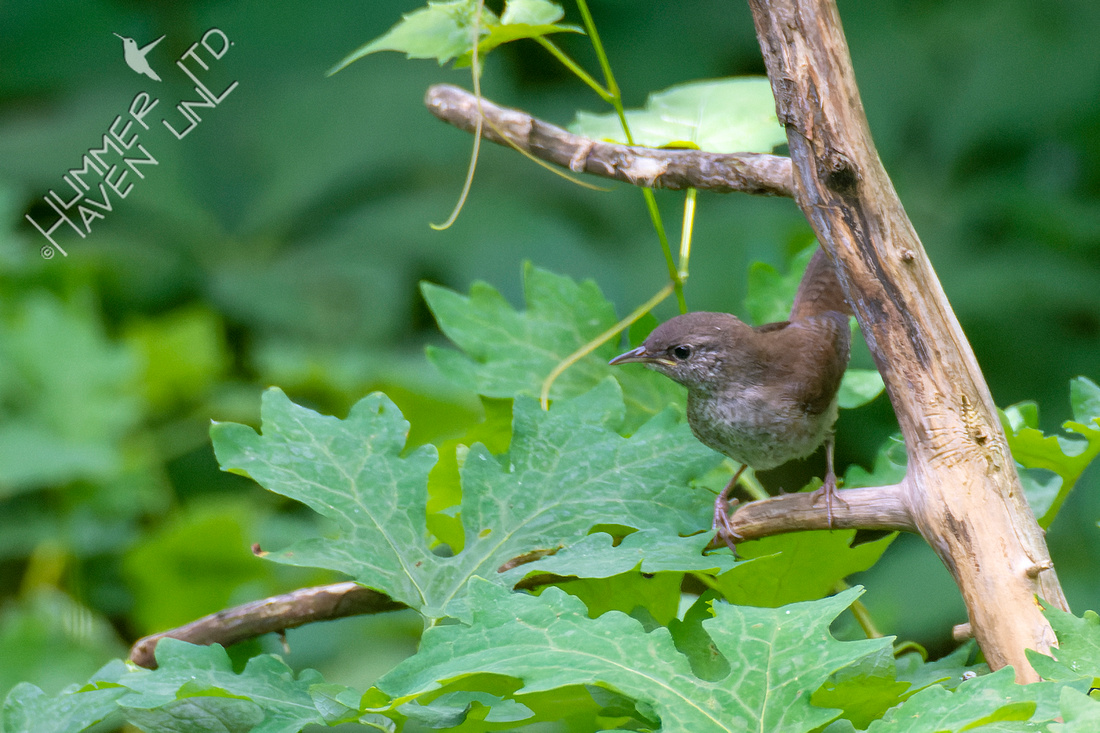 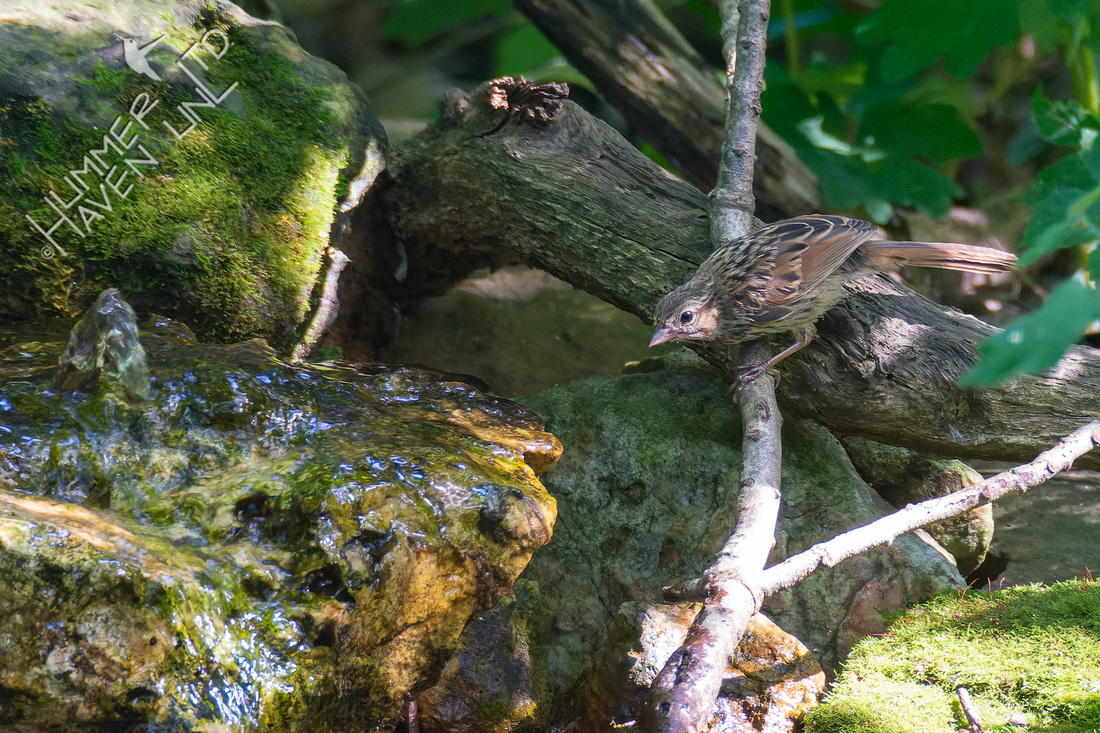 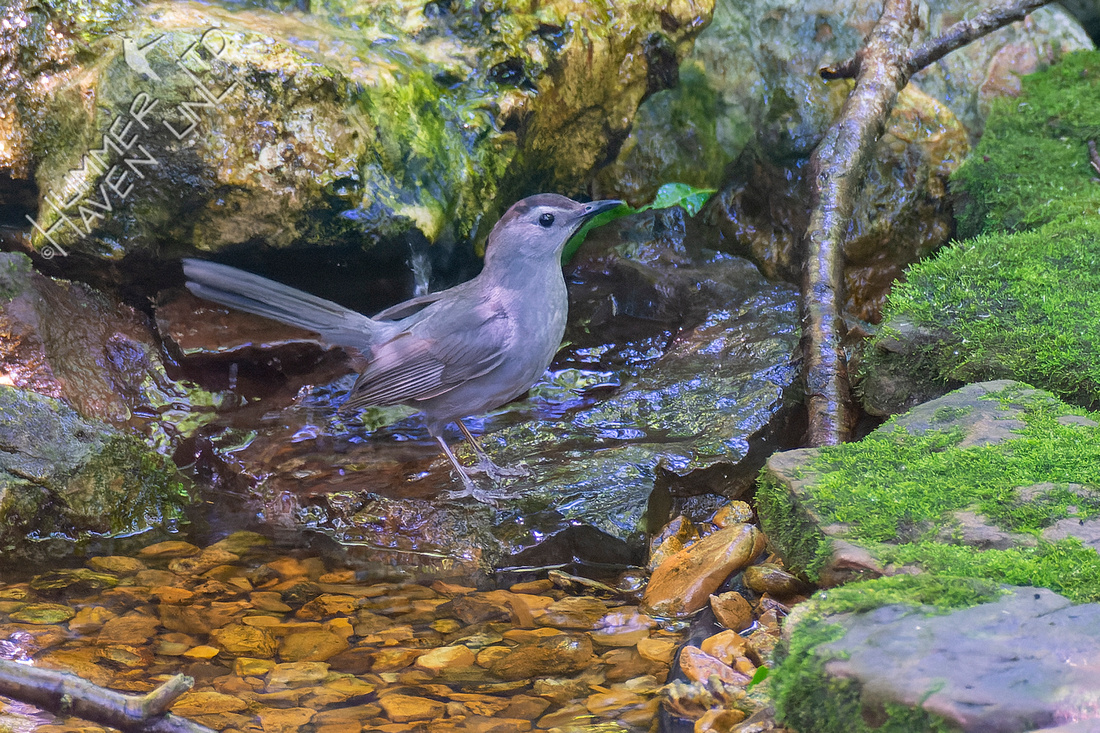 From the young House Wren and Song Sparrow to larger birds like the Gray Catbird, traffic has been constant at our water features. 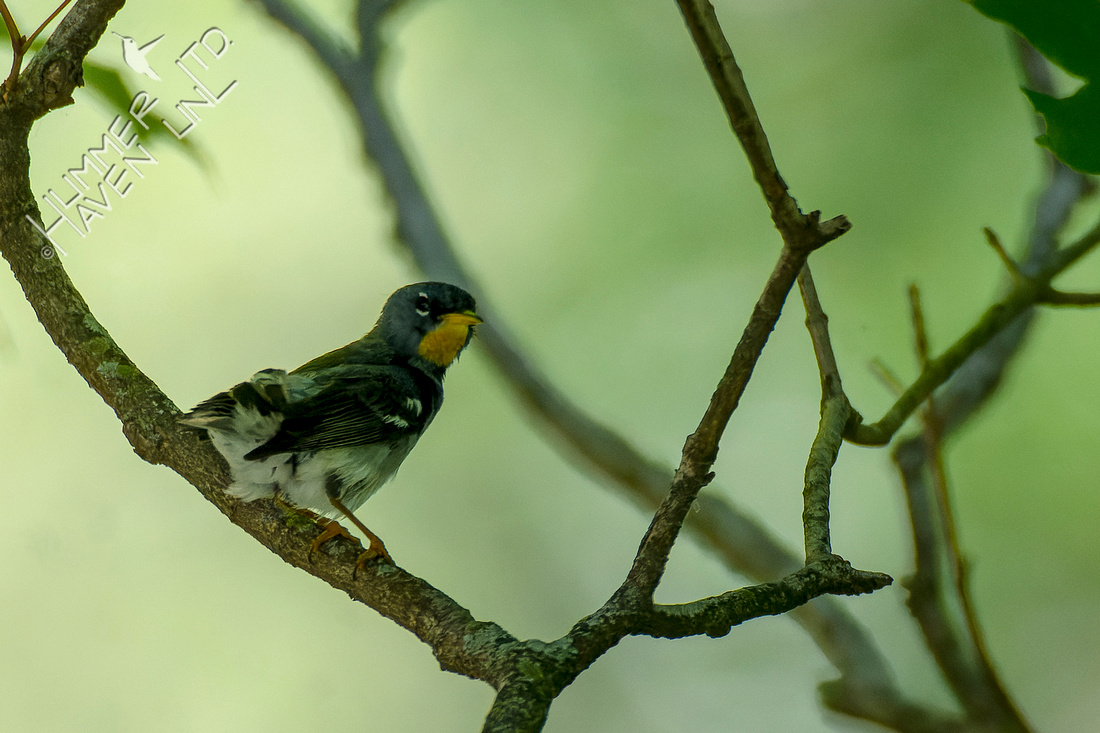 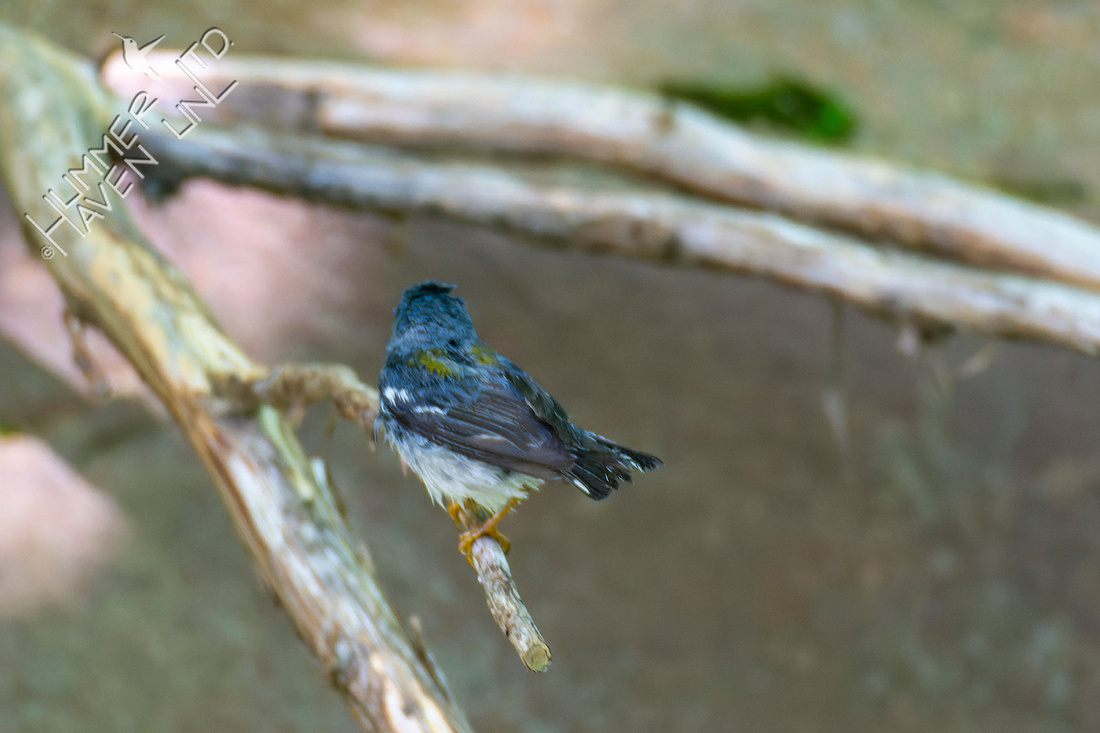 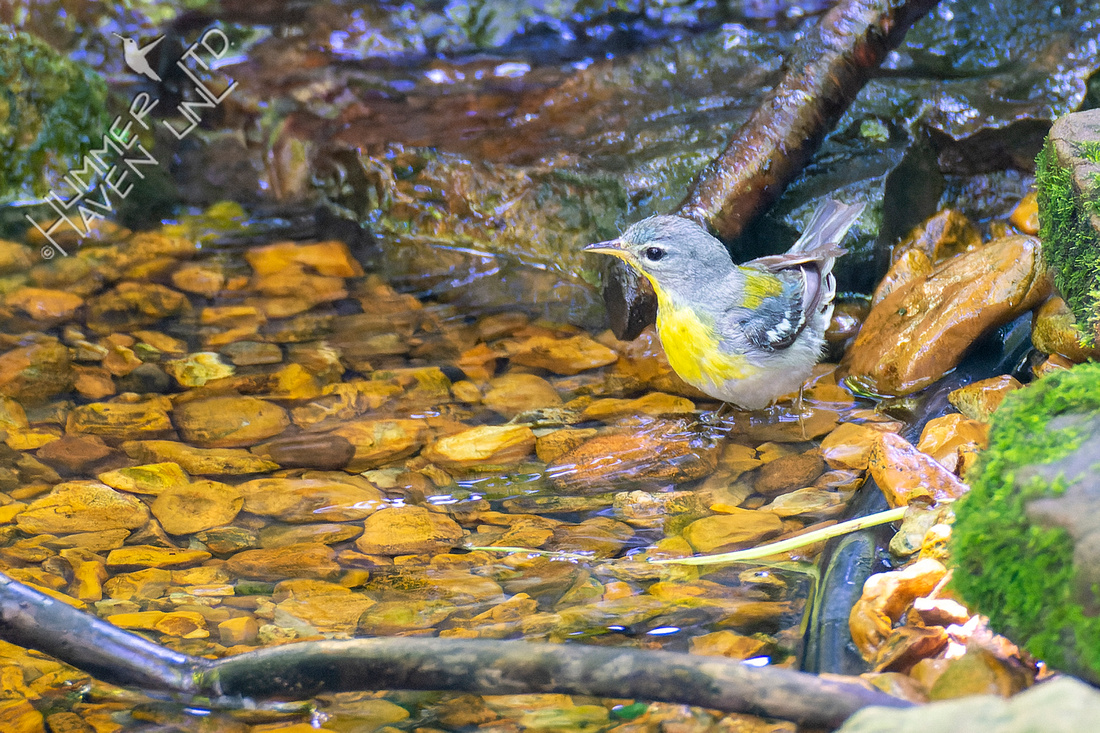 Northern Parula warblers have been at the pond and bubbler on several days now. I've heard the male singing the last couple weeks and I think they nest in the neighborhood, possibly high in a neighbor's sycamore. The last few years, they've been coming in for food and water in June. 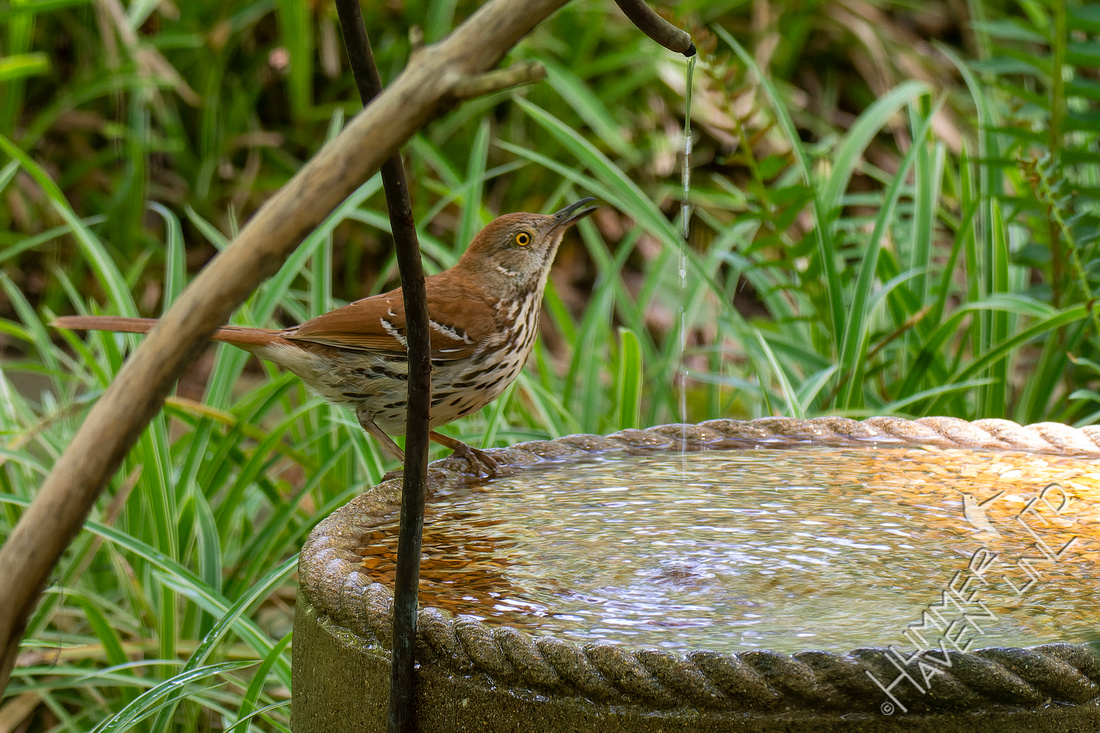 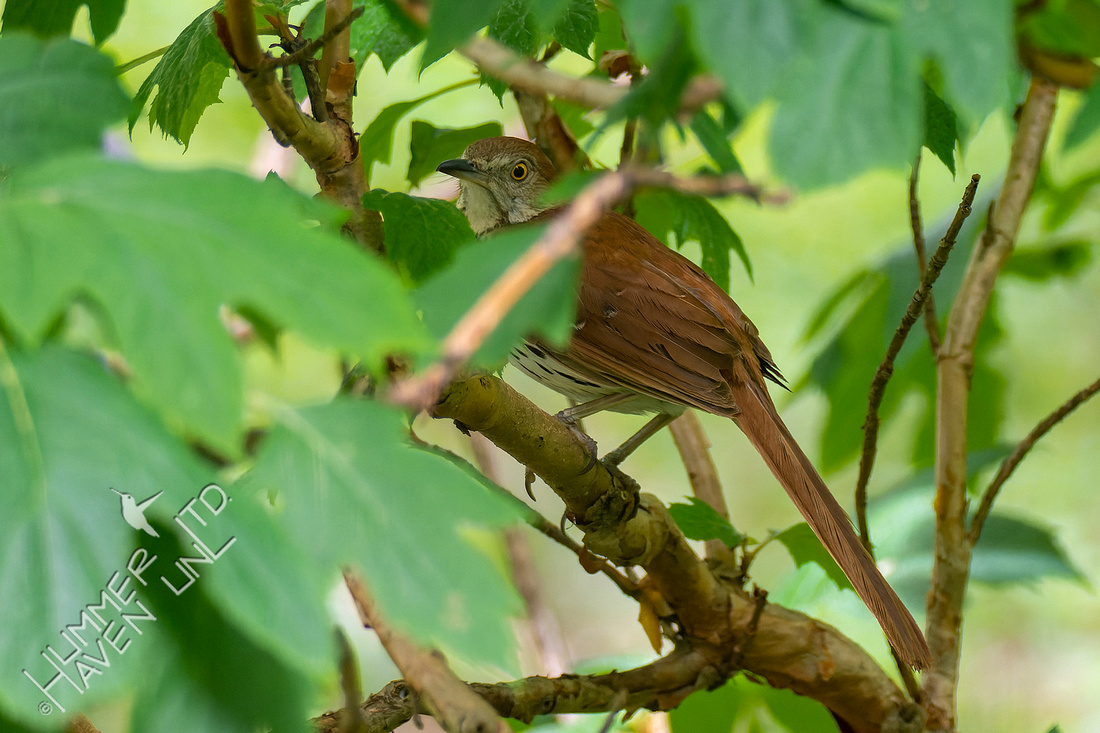 Brown Thrashers have been seen almost daily, foraging and looking for a drink or bath. 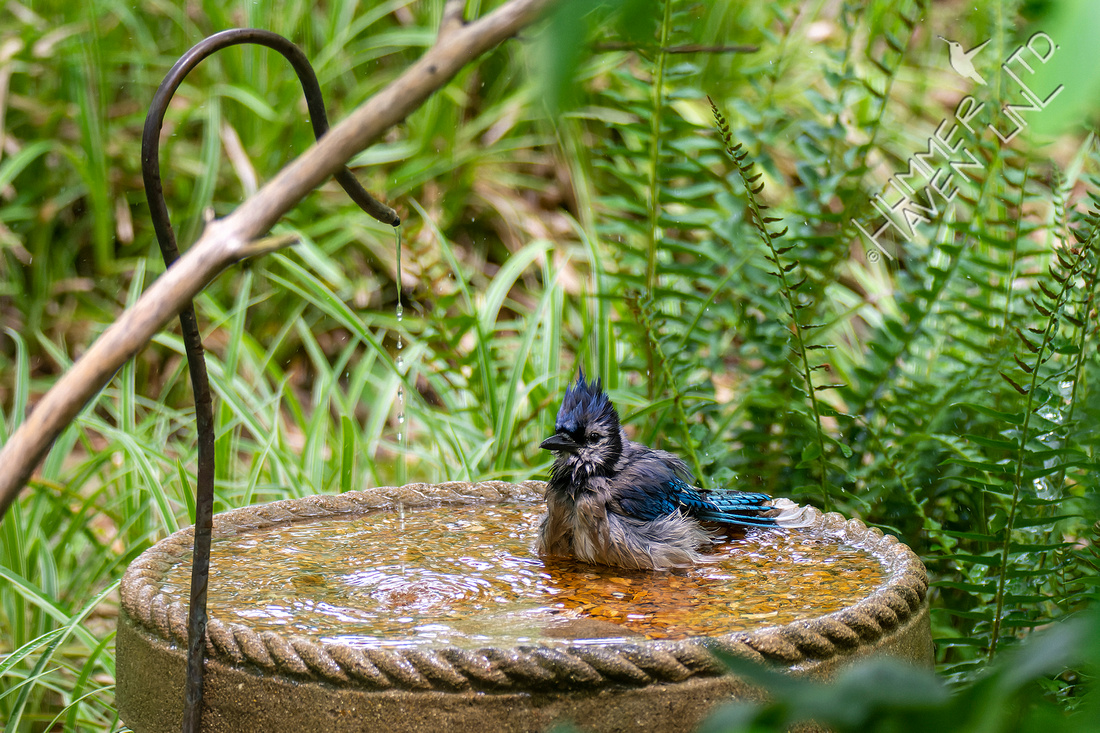 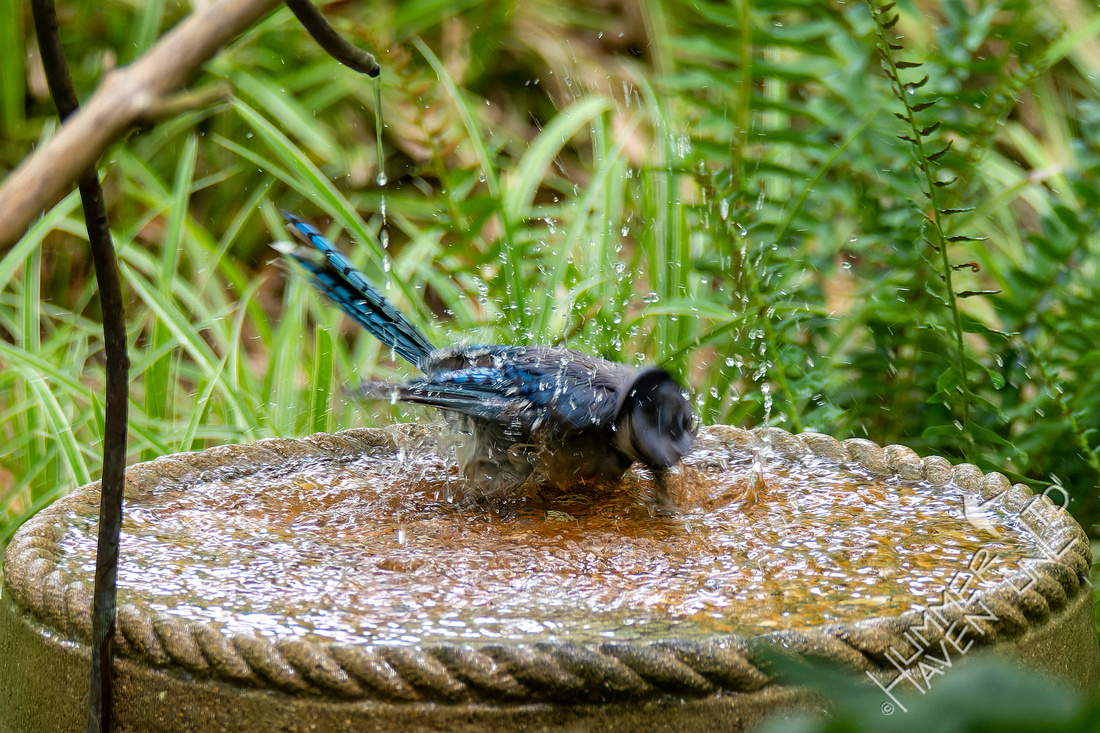 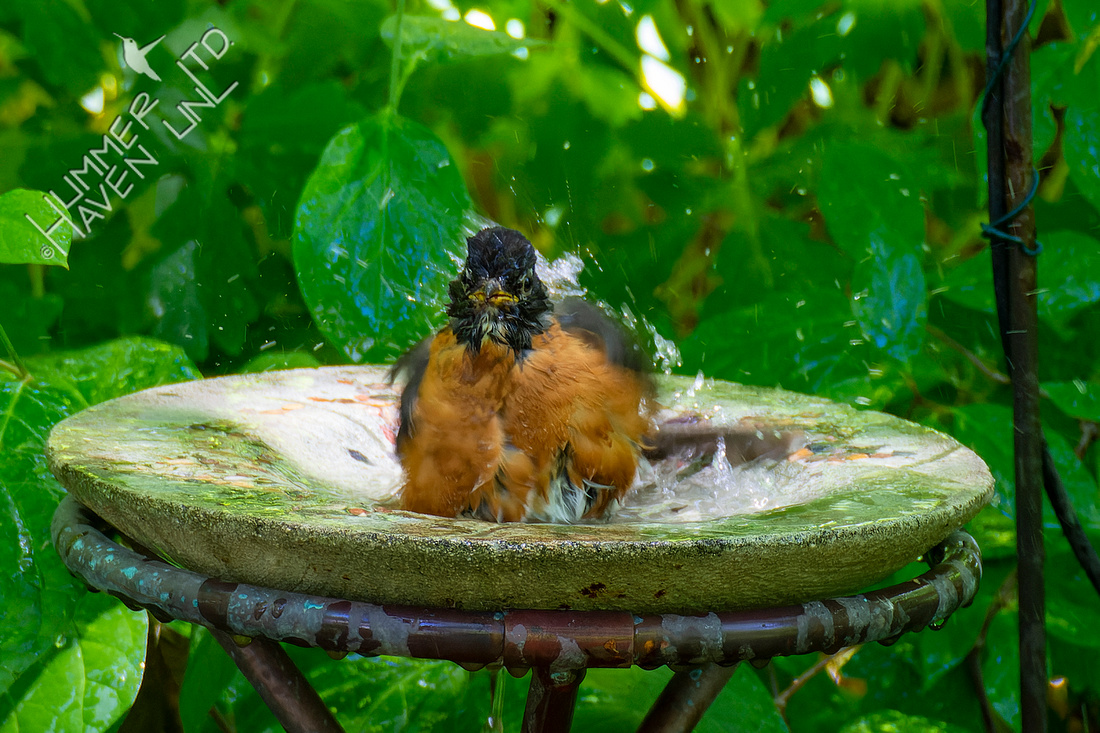 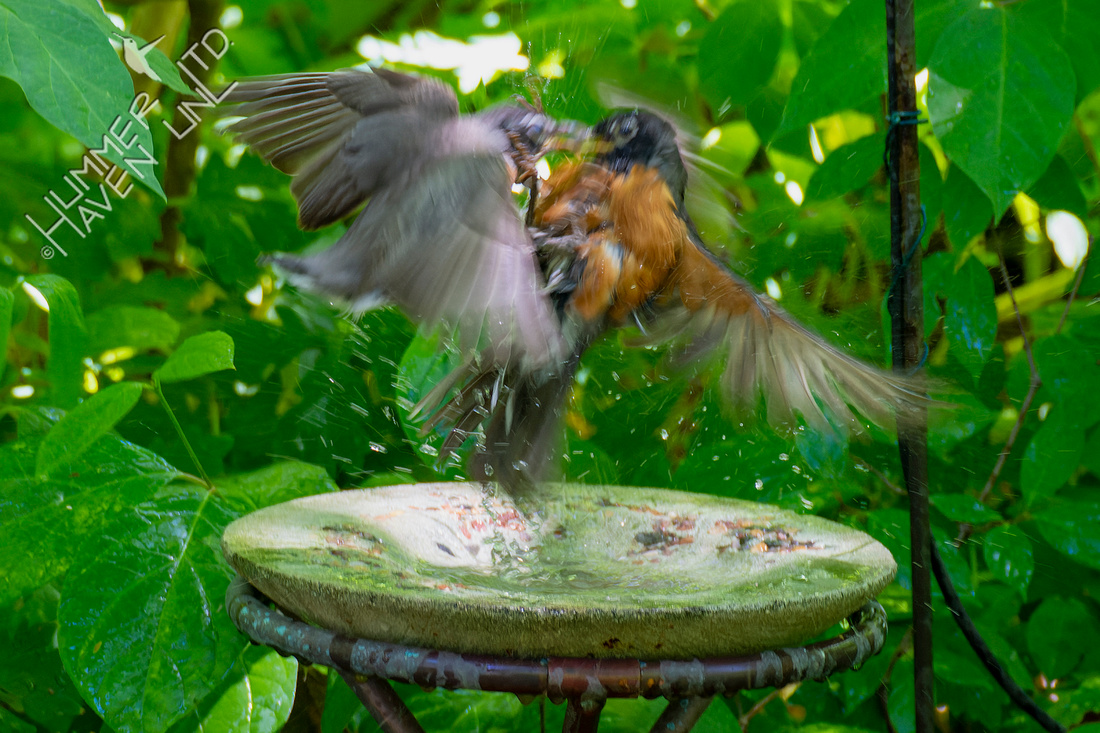 Blue Jays and American Robins love to cool off, even if it means a confrontation to get their way. 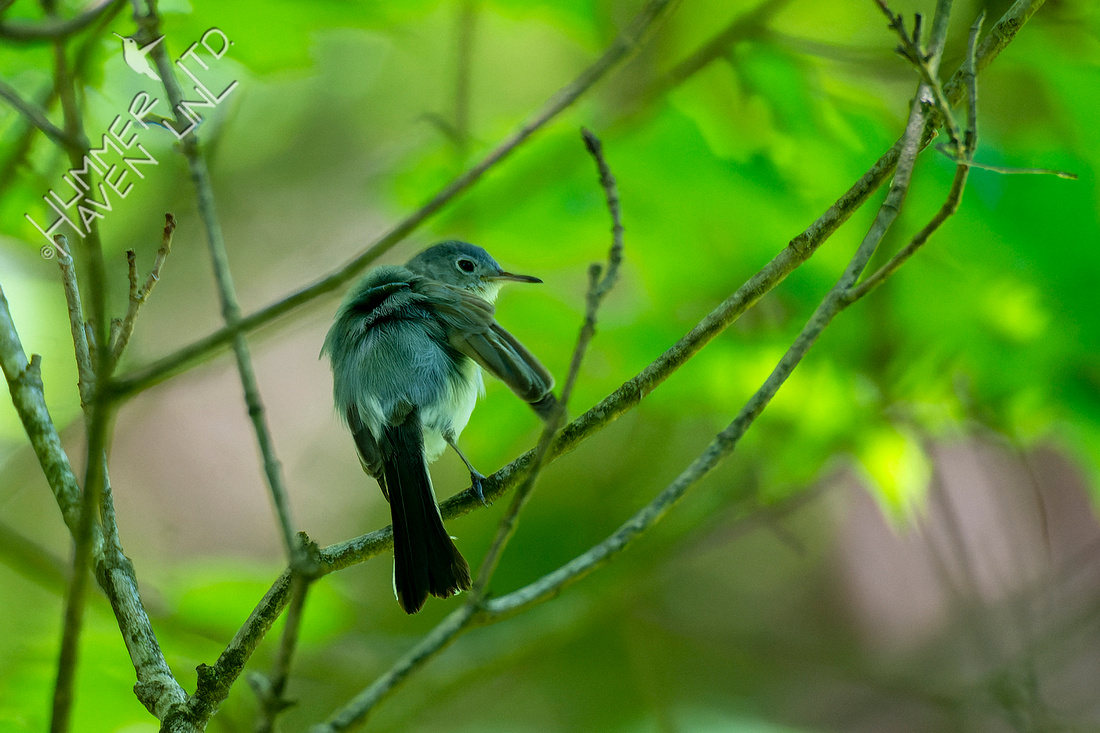 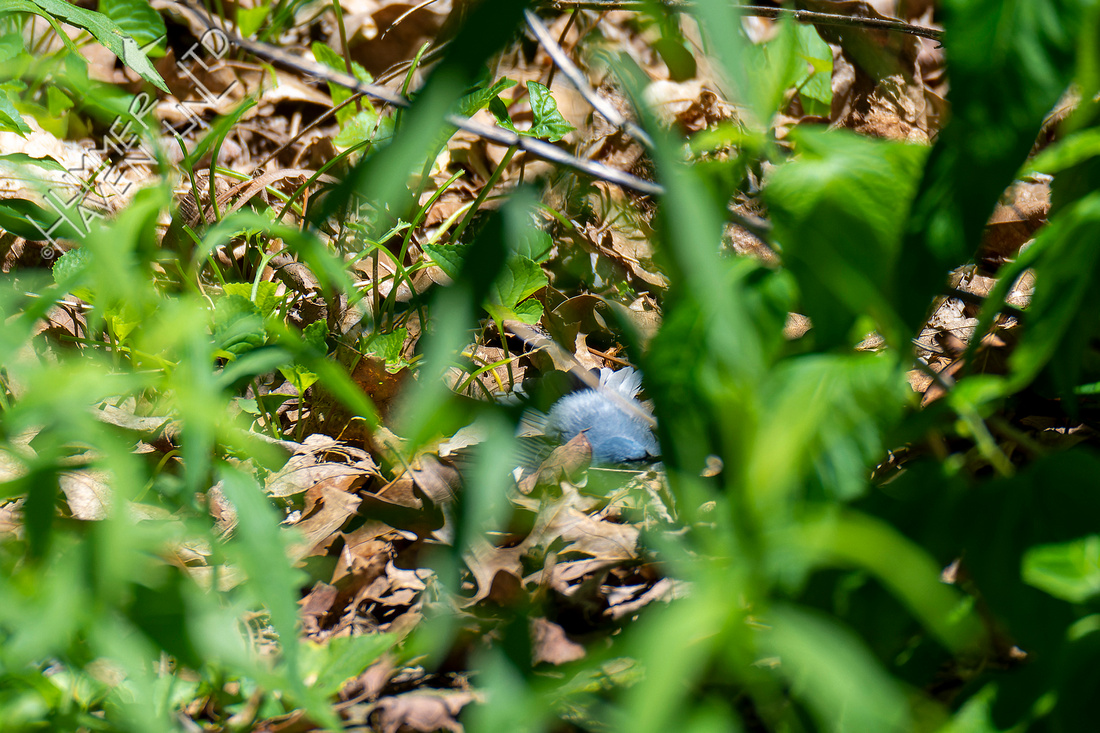 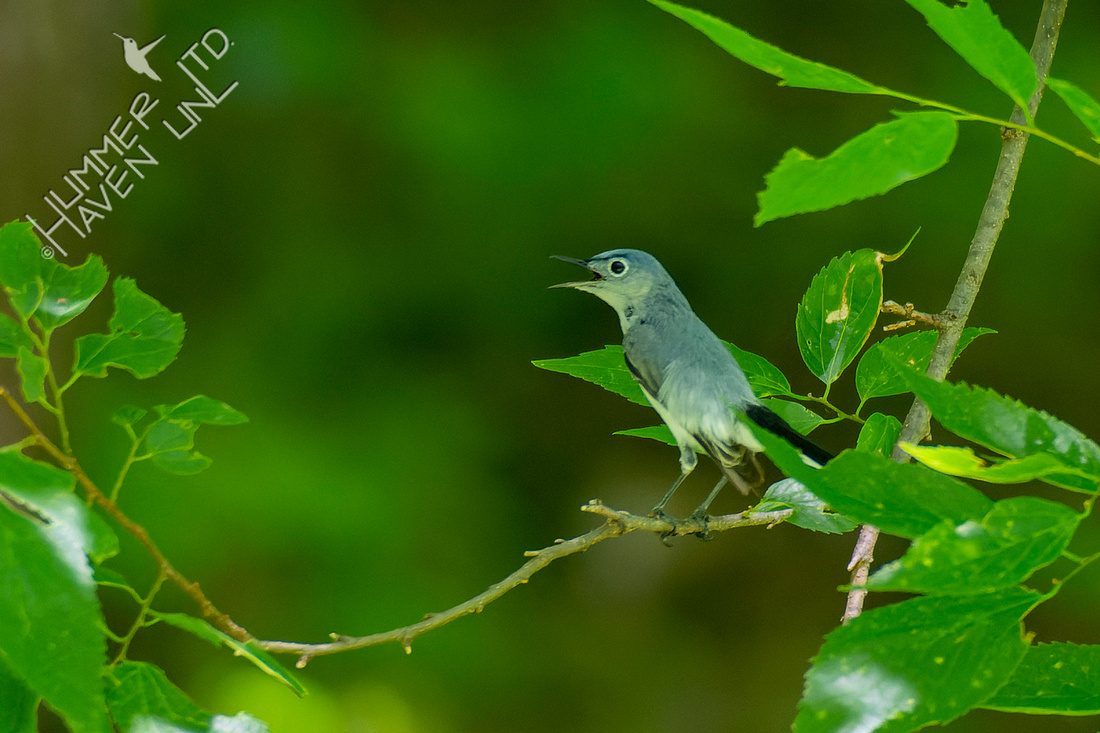 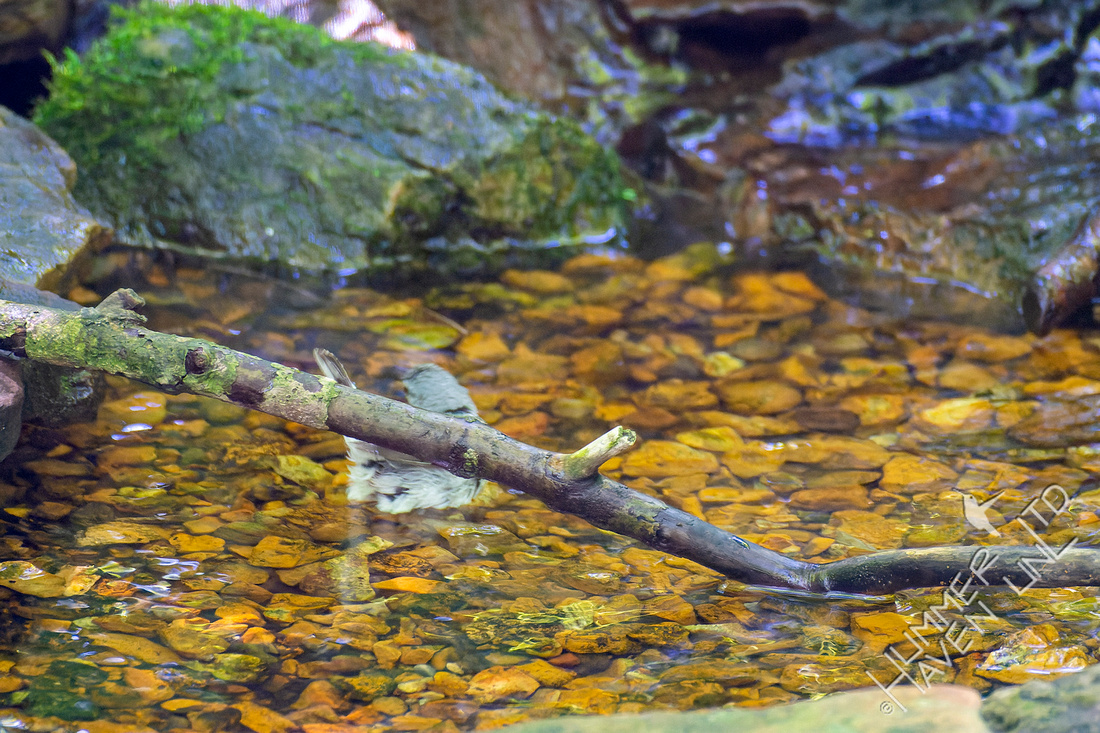 Blue-gray Gnatcatchers have been heard and seen a lot lately. One day, I noticed the female preening and the male apparently taking a dust bath in the garden. It's a behavior we've seen in species like hummingbirds, titmice and flycatchers. The male then flew into another small tree and began singing. The following day, I just caught the female as it bathed in the bubbler.

Interested in Adding Moving Water to your garden? Look at this page:

If you'd like information about Bubbler Maintenance and more, check out this page: