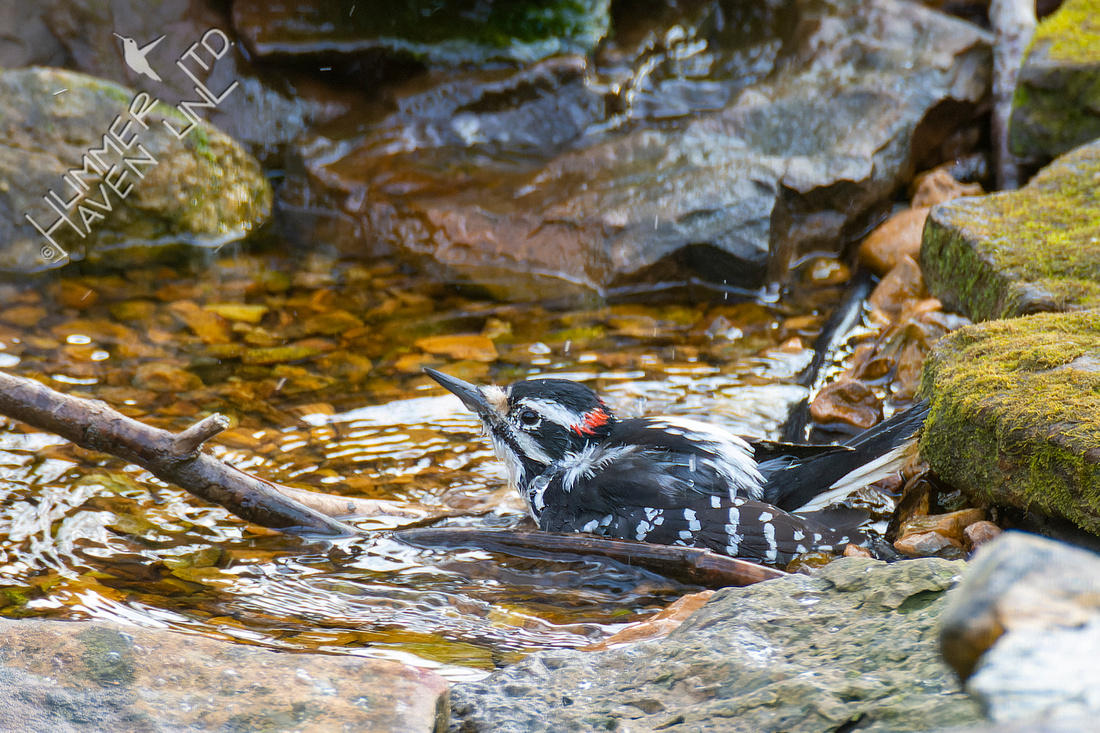 A Hairy Woodpecker bathes, a behavior not seen before with this species. 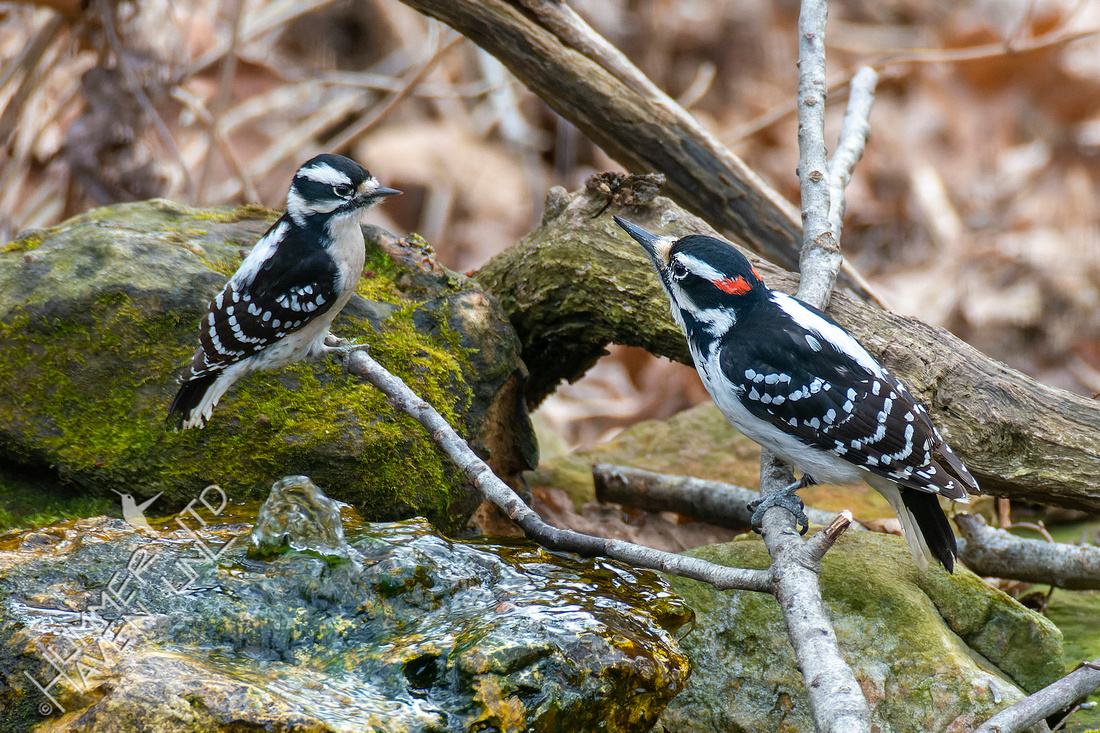 A female Downy Woodpecker and the Hairy Woodpecker come in to drink at the same time for an often wished-for comparison photo. 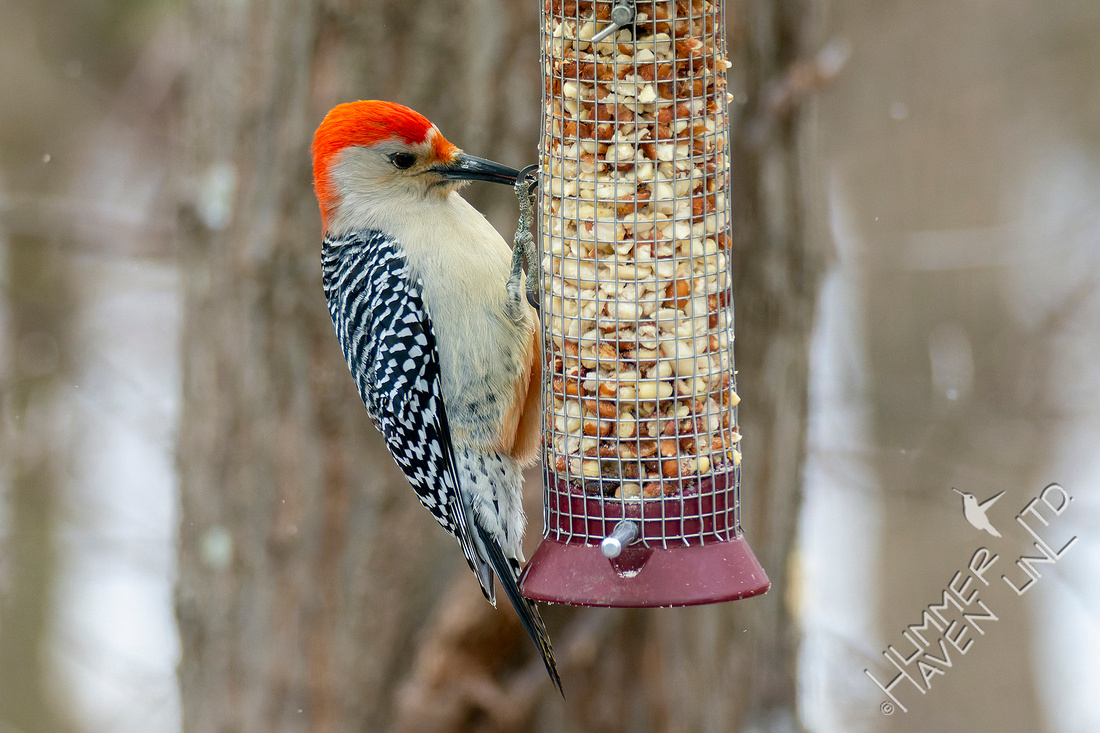 A Red-bellied Woodpecker actually showed us its named for red belly. 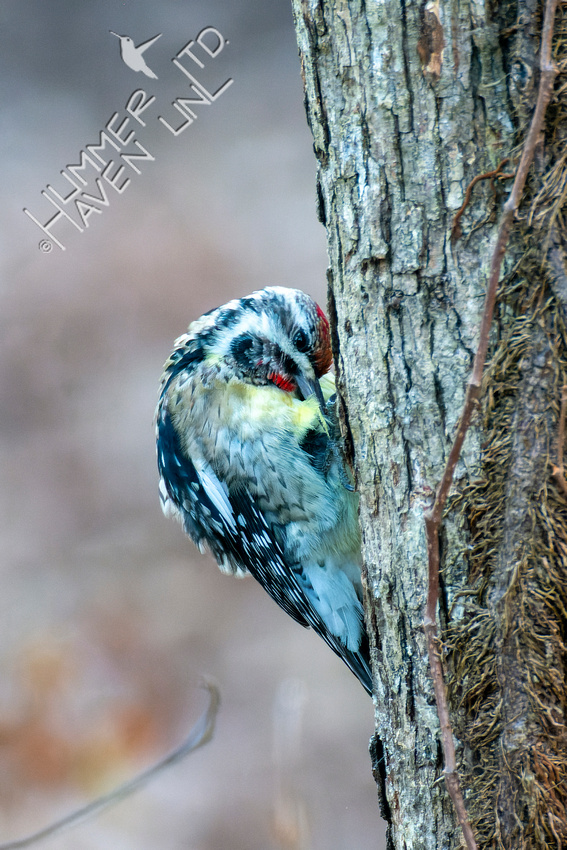 A Yellow-bellied Sapsucker preened its yellow belly. So much for bellies, now we go back to heads! 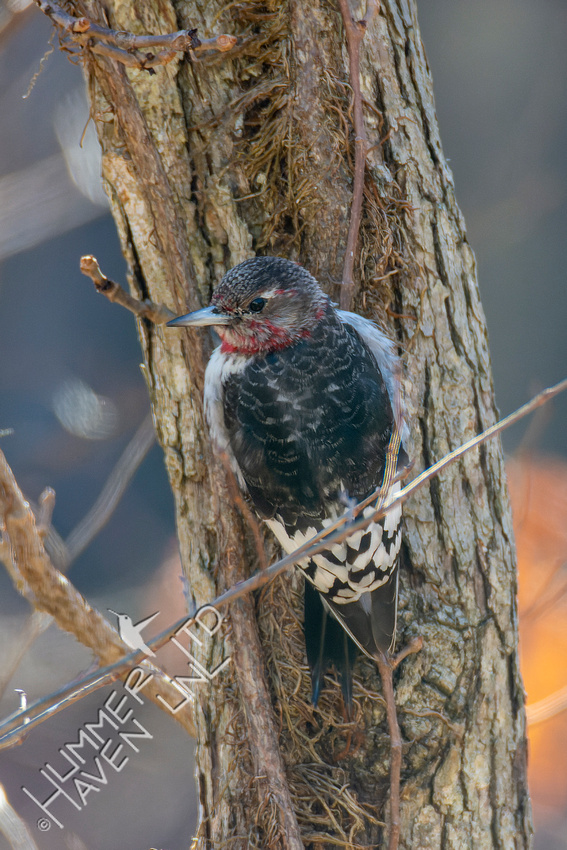 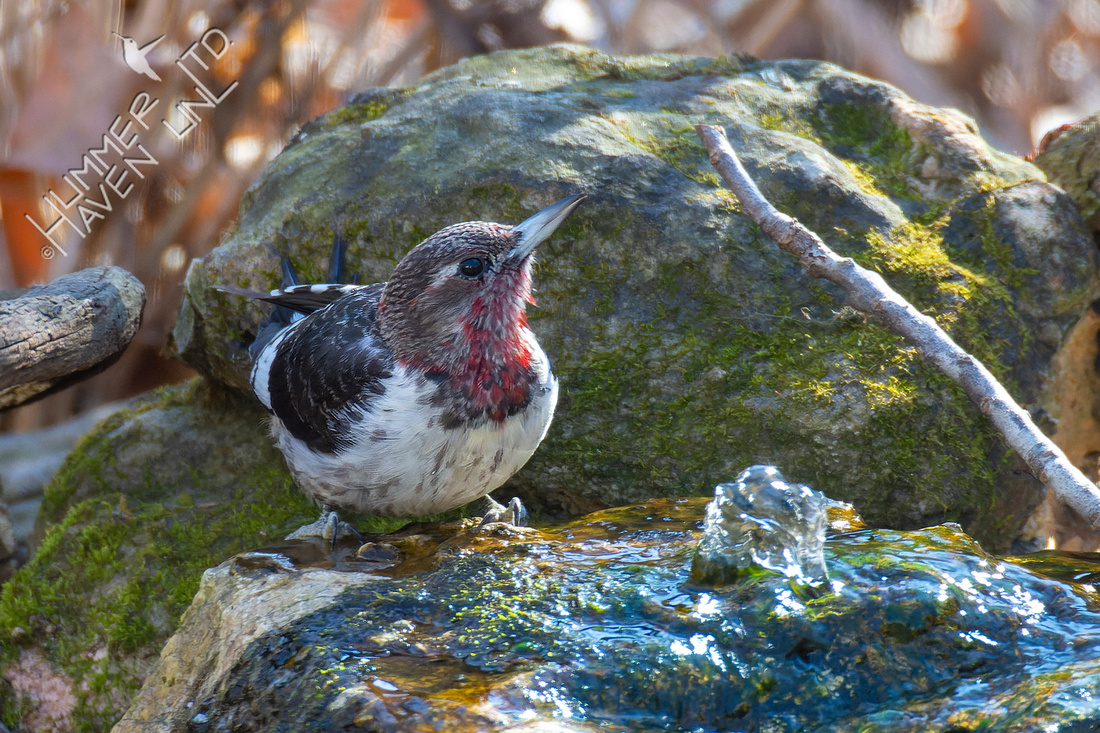 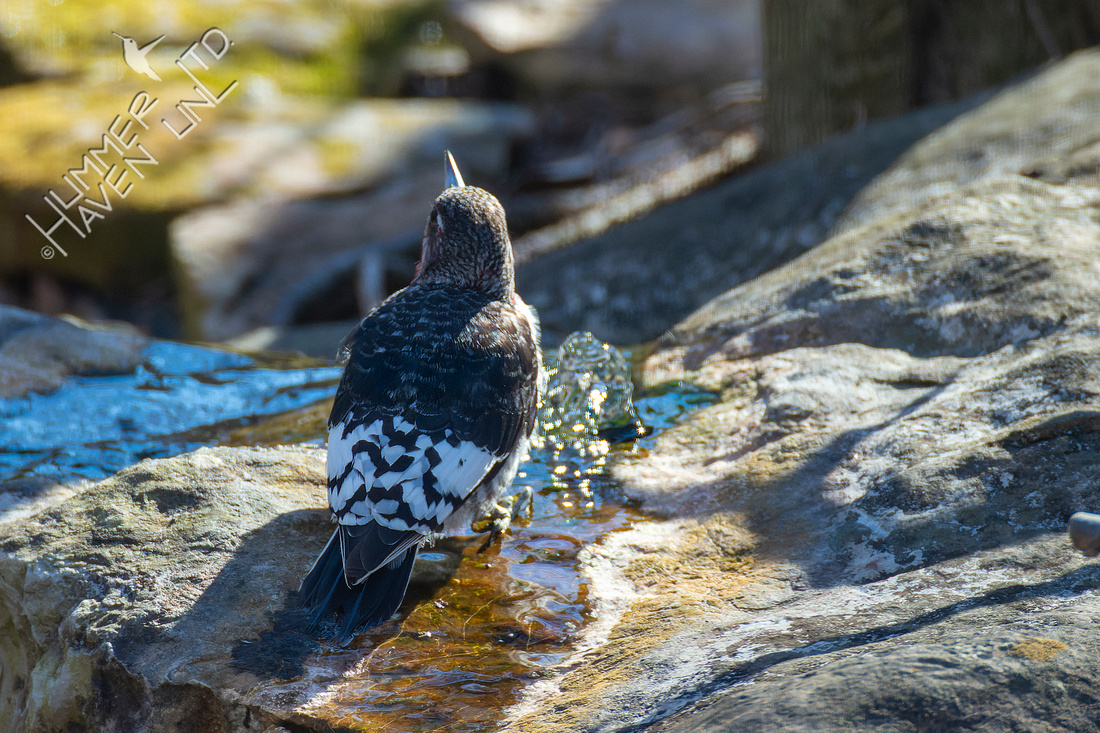 On 1-20-22, a juvenile Red-headed Woodpecker arrived. It has been seen often coming in for quick sips at the bubbler. We don't get to see this species every year. It is on the Watch List, in decline due to habitat loss, so it is quite heartening to see one! 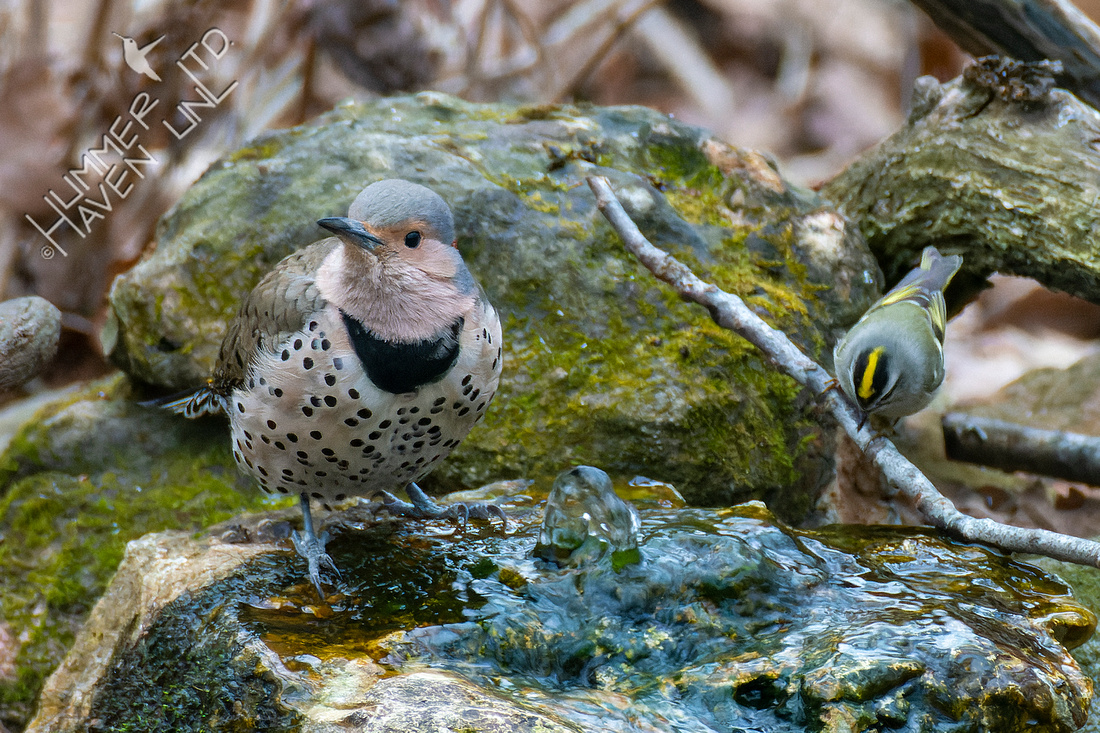 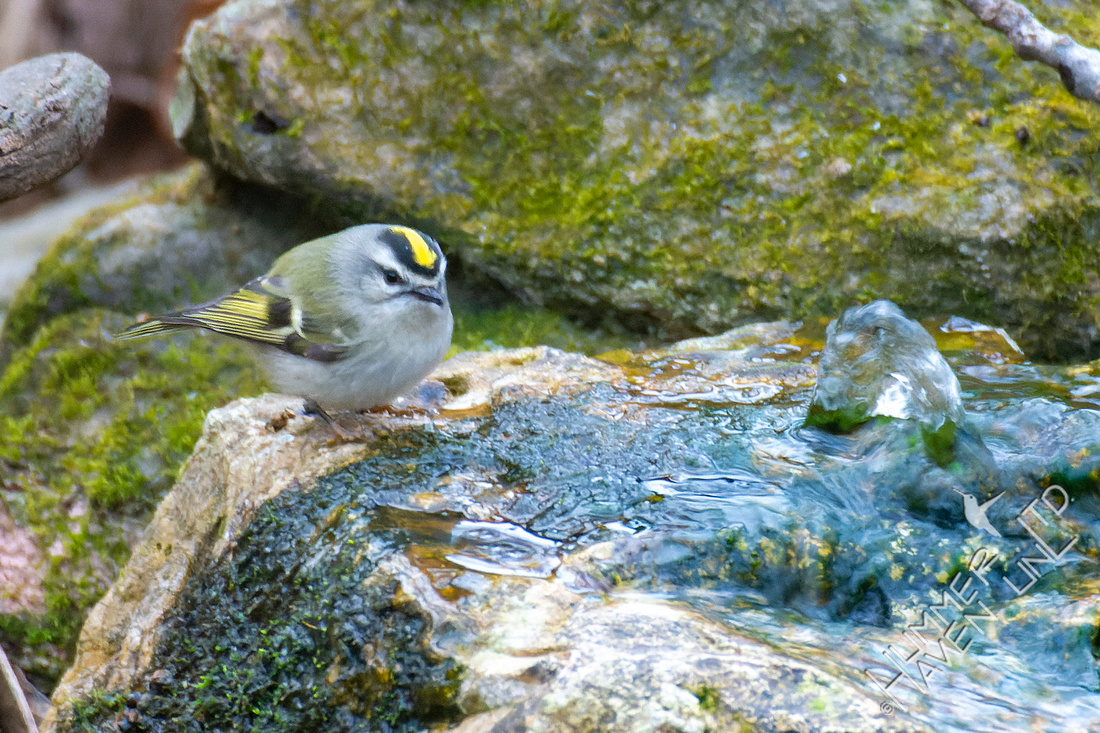 While a female Northern Flicker was getting some sips of water, a Golden-crowned Kinglet joined in. It returned for a solo. 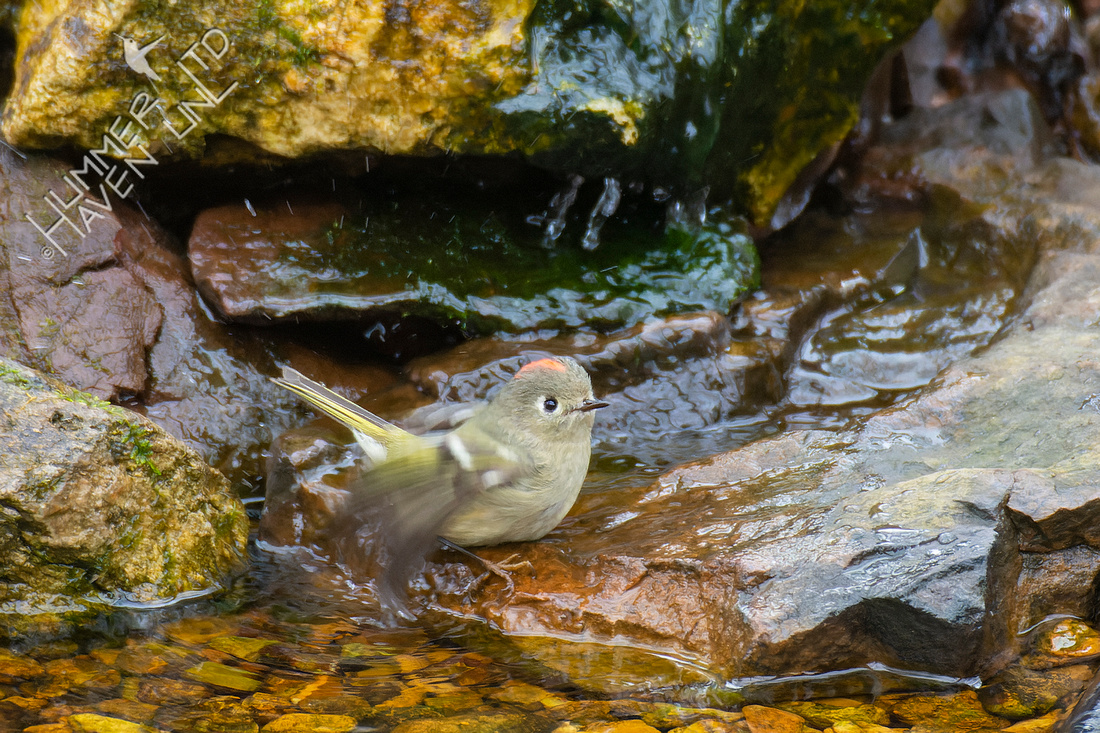 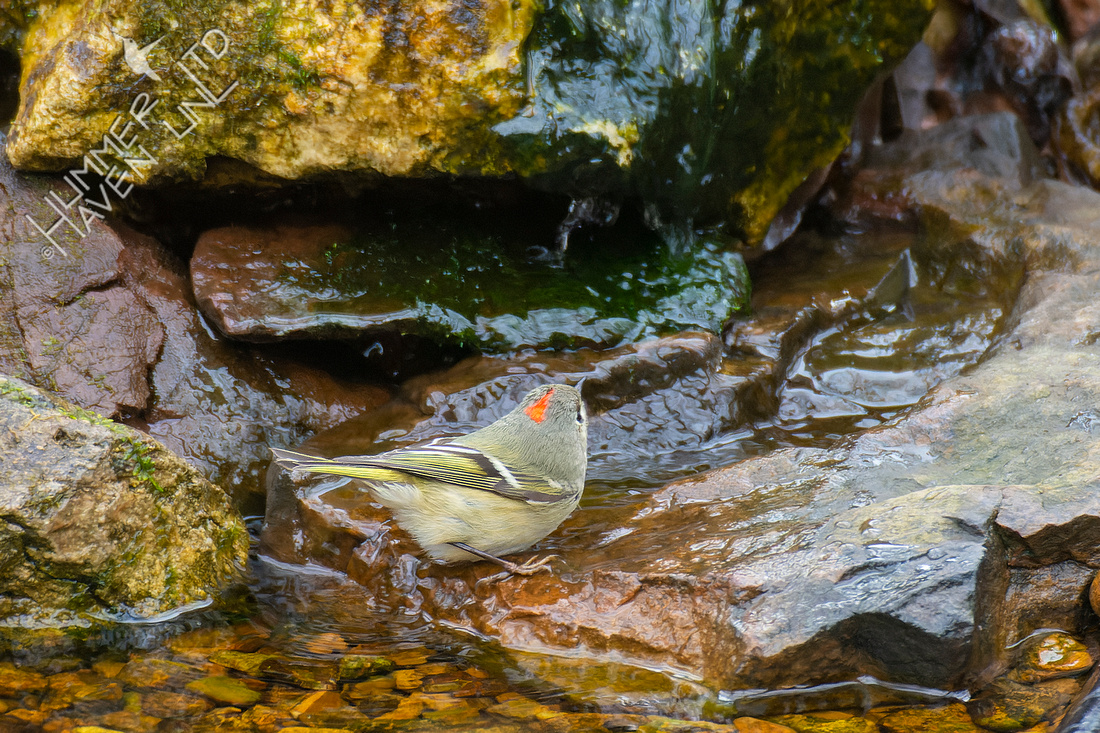 On the following day, a Ruby-crowned Kinglet showed up.They are the more rare of the two Kinglets seen in the winter, usually staying further south in Missouri. However, I saw the bird and it flashed away before I took those photos. While I waited for it to come back, a much bigger surprise came in! 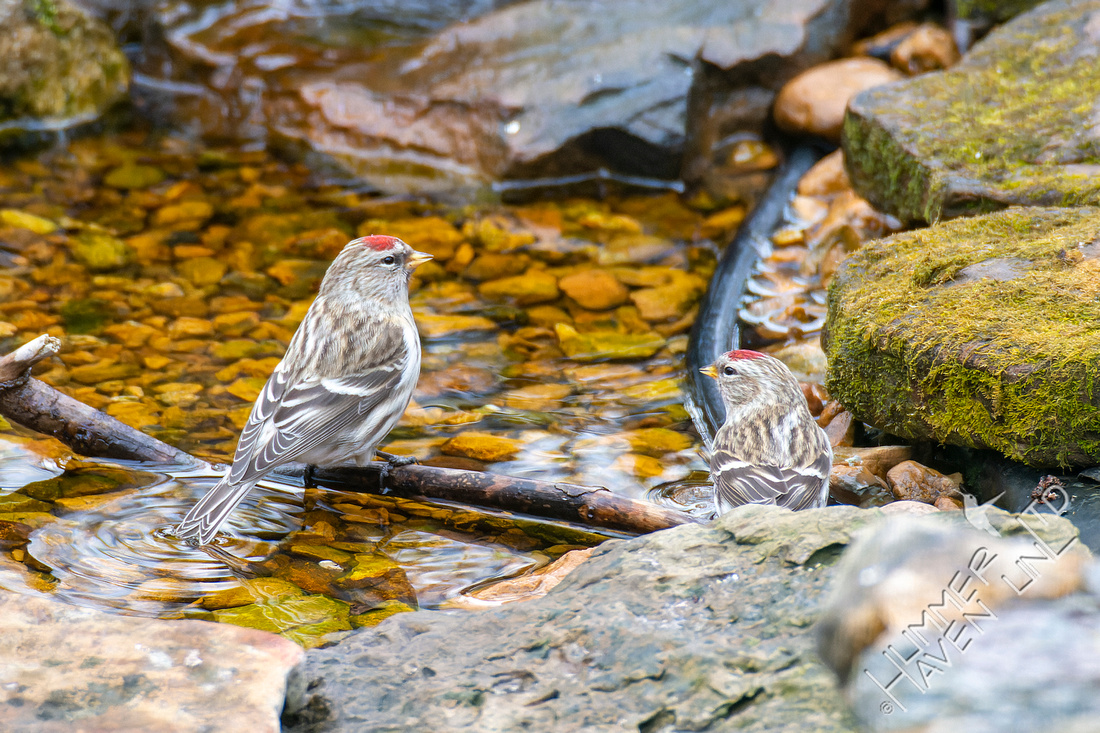 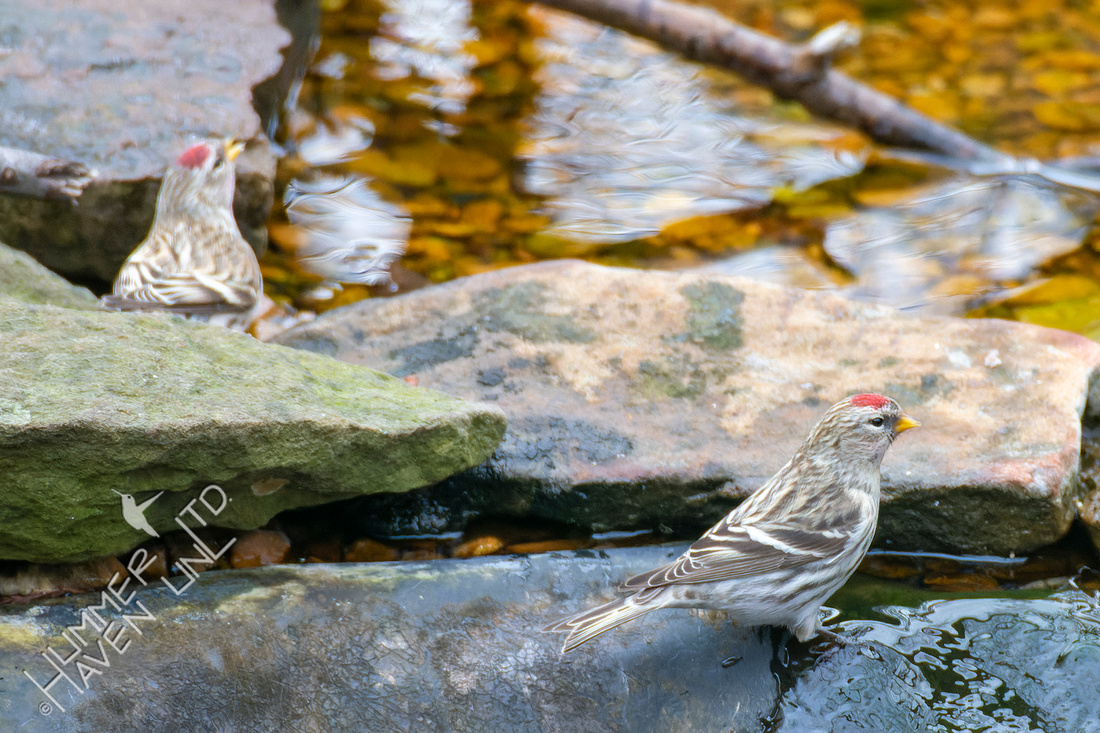 WHAT? Redpolls! There were at least four of them, and thought I saw a fifth one. On Thursday, 1-27-22 at 11:09 am they came in, drank, stayed 32 seconds and whirled away up above me into the canopy. Well, I was not budging from my spot now. 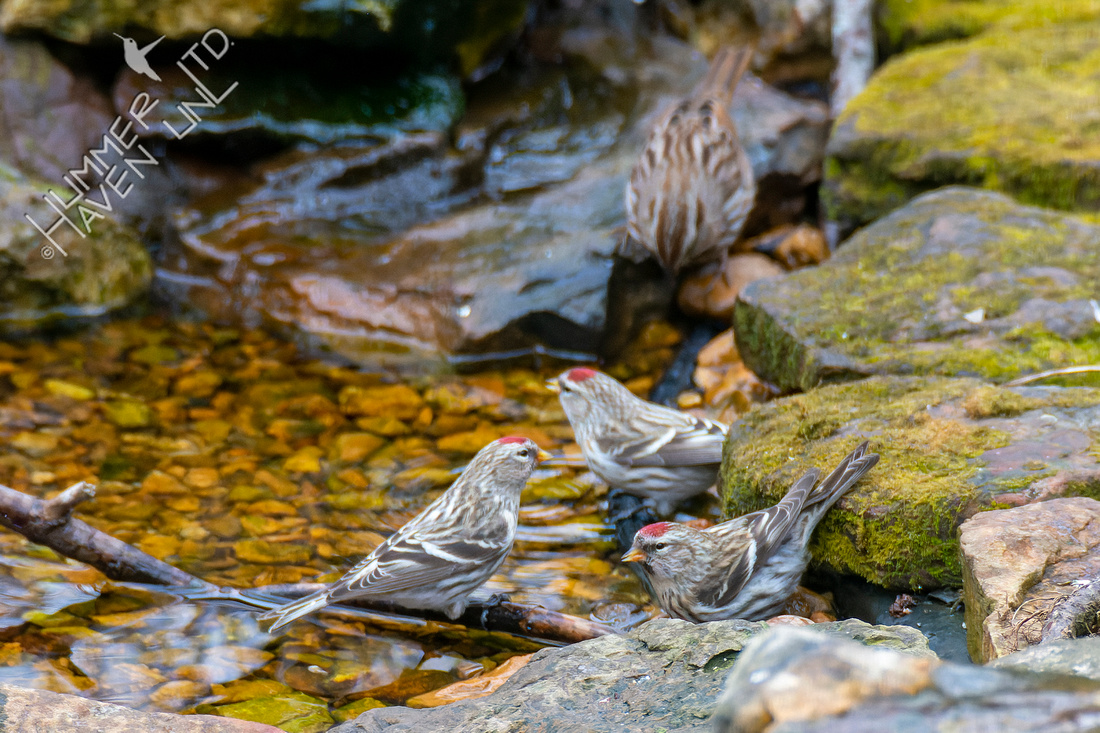 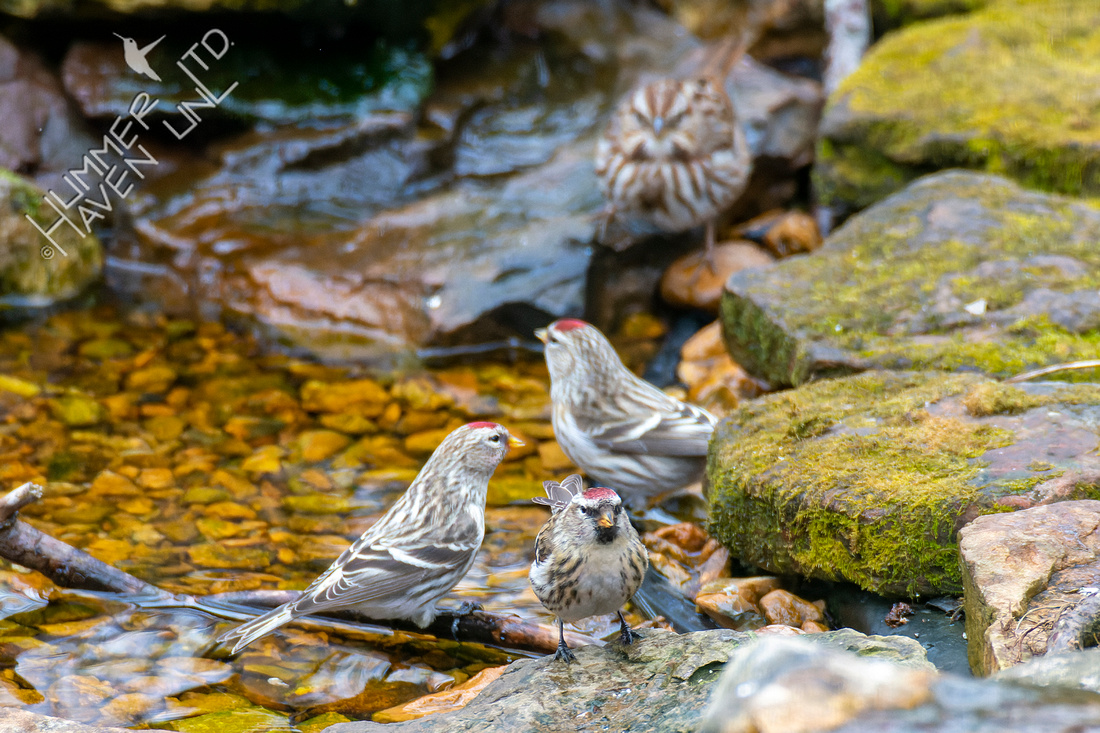 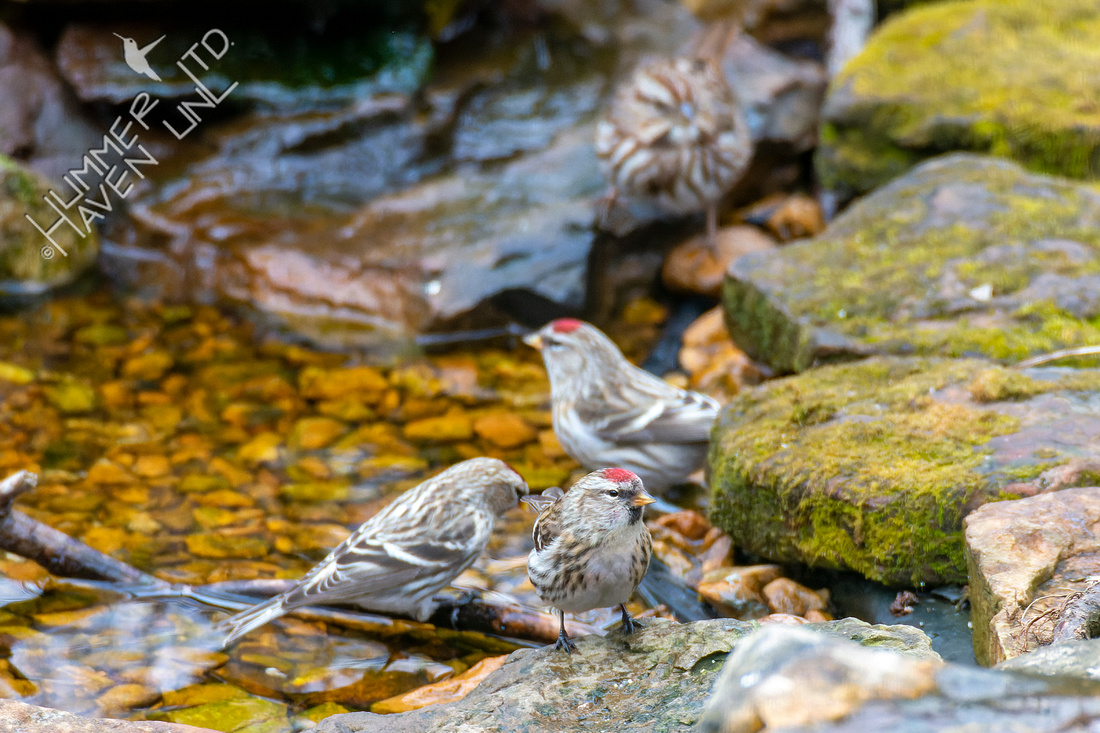 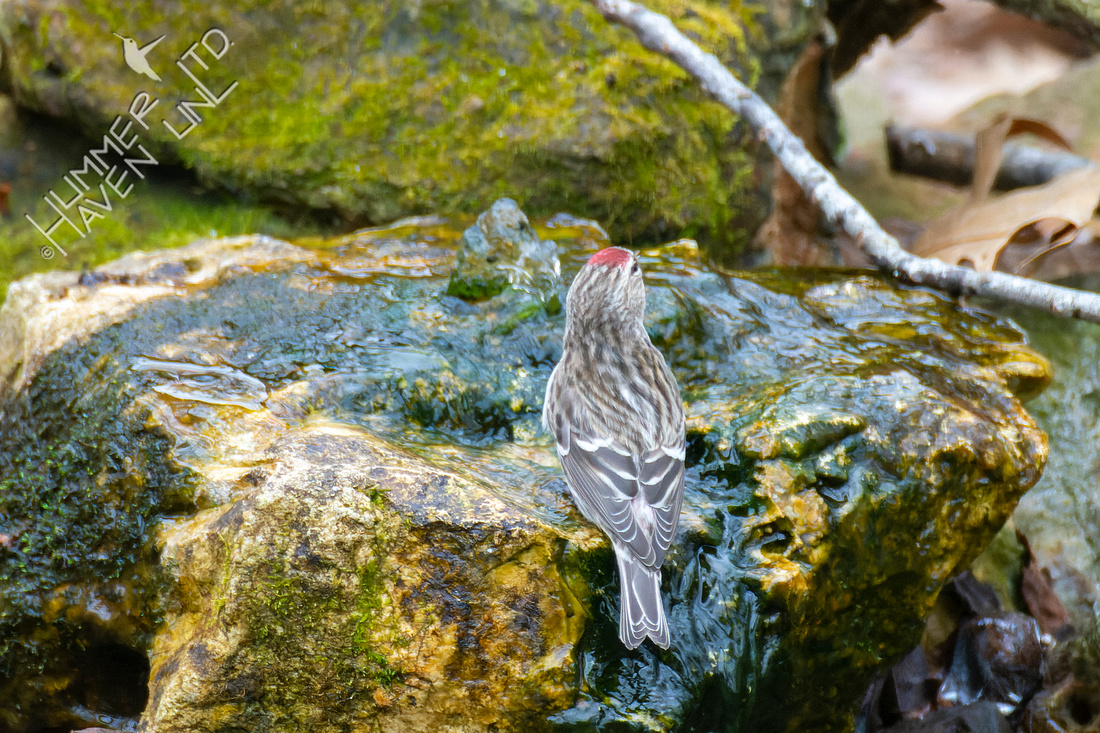 At 12:03 pm they returned, and stayed 36 seconds. I confirmed the presence of five along with their timing when I reviewed the Bubbler Cam video. I watched for them to return, checking the feeders, too. They are a nomadic winter finch, and will show up in Missouri when there is an irruption year, and this is one. These Common Redpolls are officially Bubbler Bird Species #124. 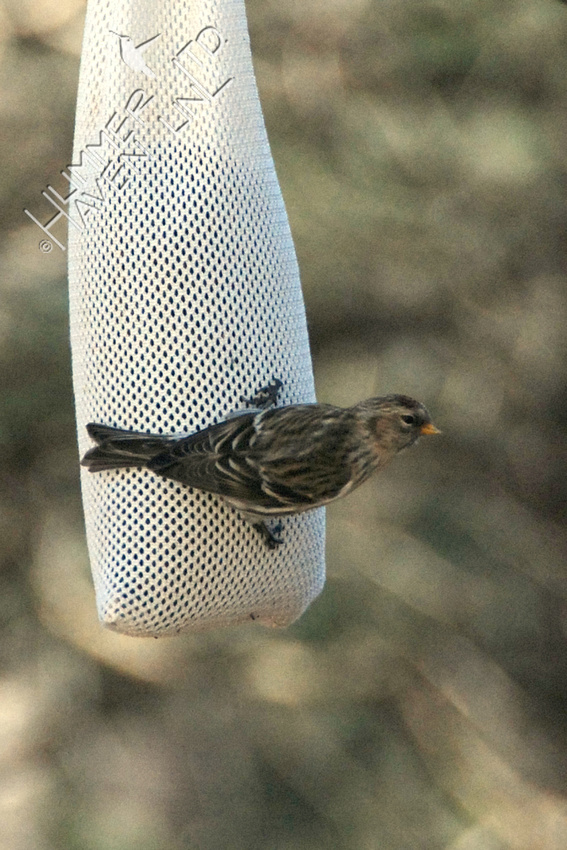 Many years ago on 12-29-2008, I had a single female at this sock feeder. It was a much darker looking bird, but there is variation in the plumage depending on age and time of year.

You can read more:  Common Redpoll 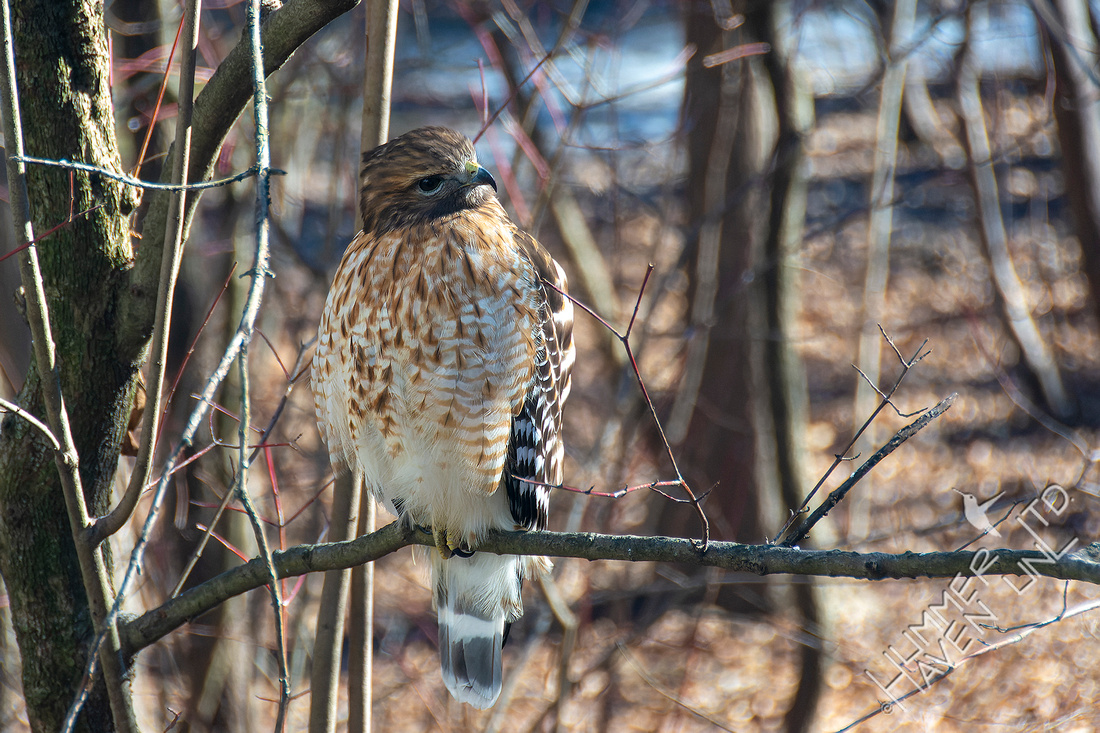 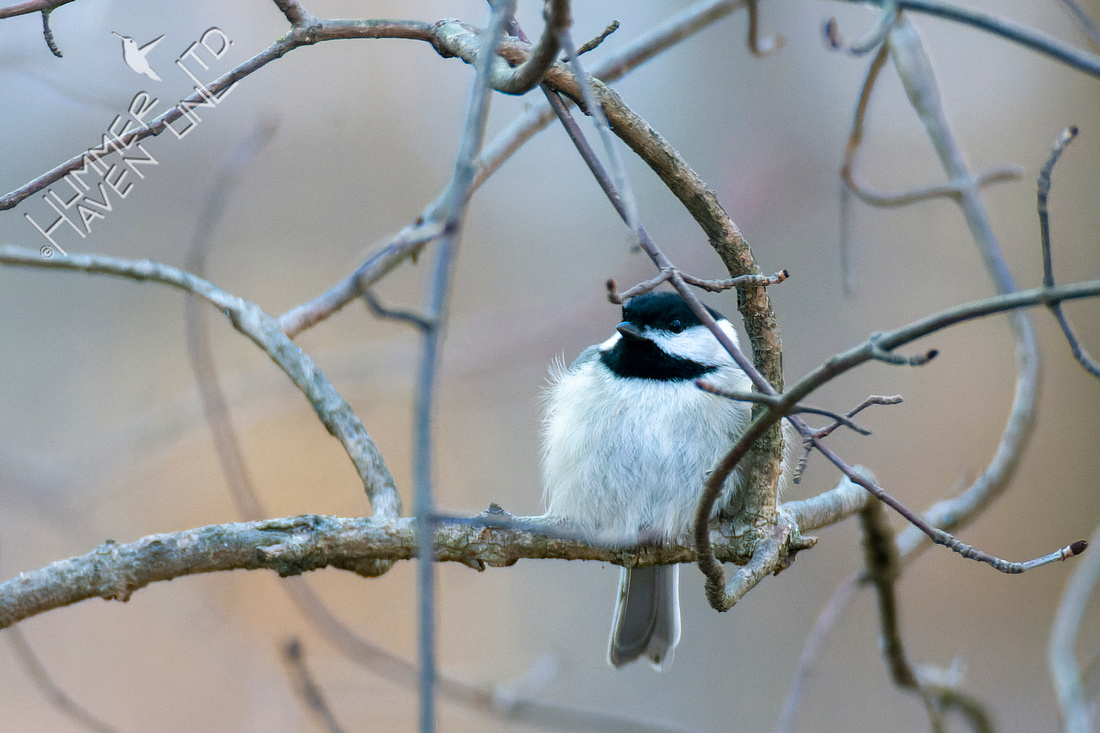 We enjoy seeing the resident Red-shouldered Hawk and Carolina Chickadee taking time to rest in the woodland on cold days. 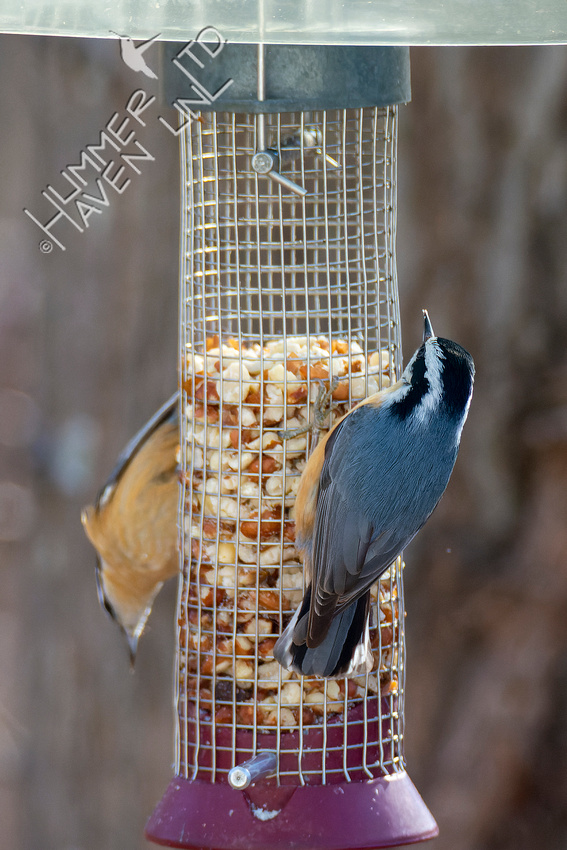 The pair of Red-breasted Nuthatches are seen every day grabbing bits of peanuts. 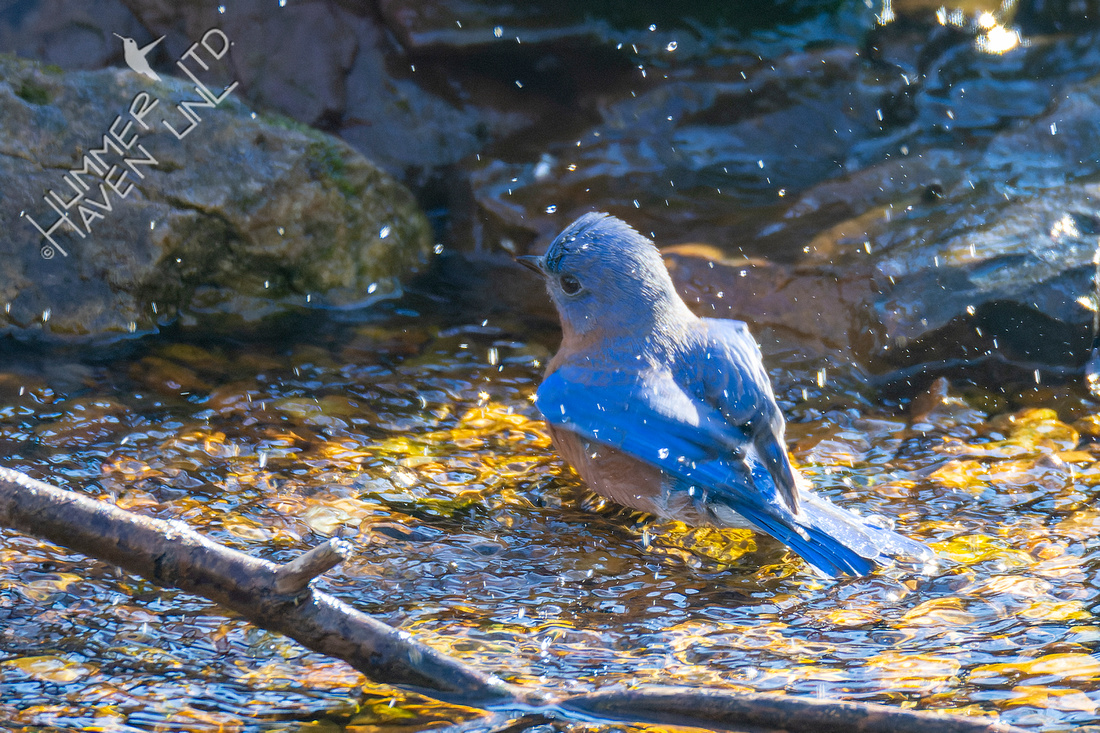 Neither of us grew up seeing Eastern Bluebirds and we're so taken with their beauty. 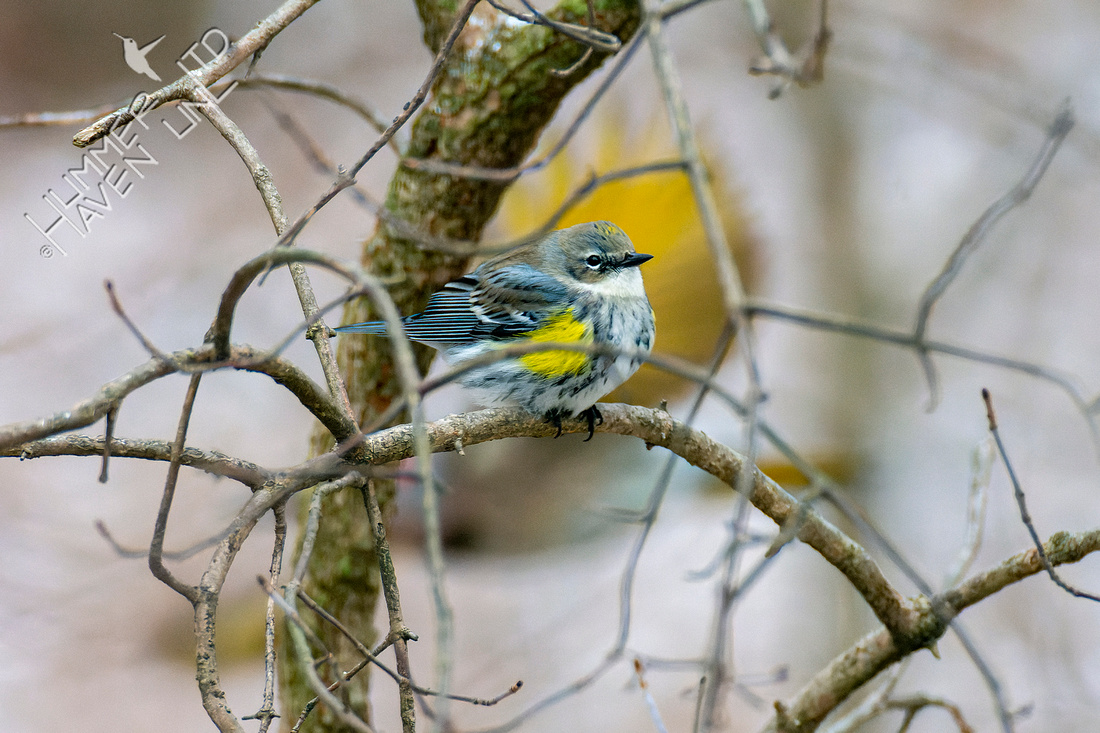 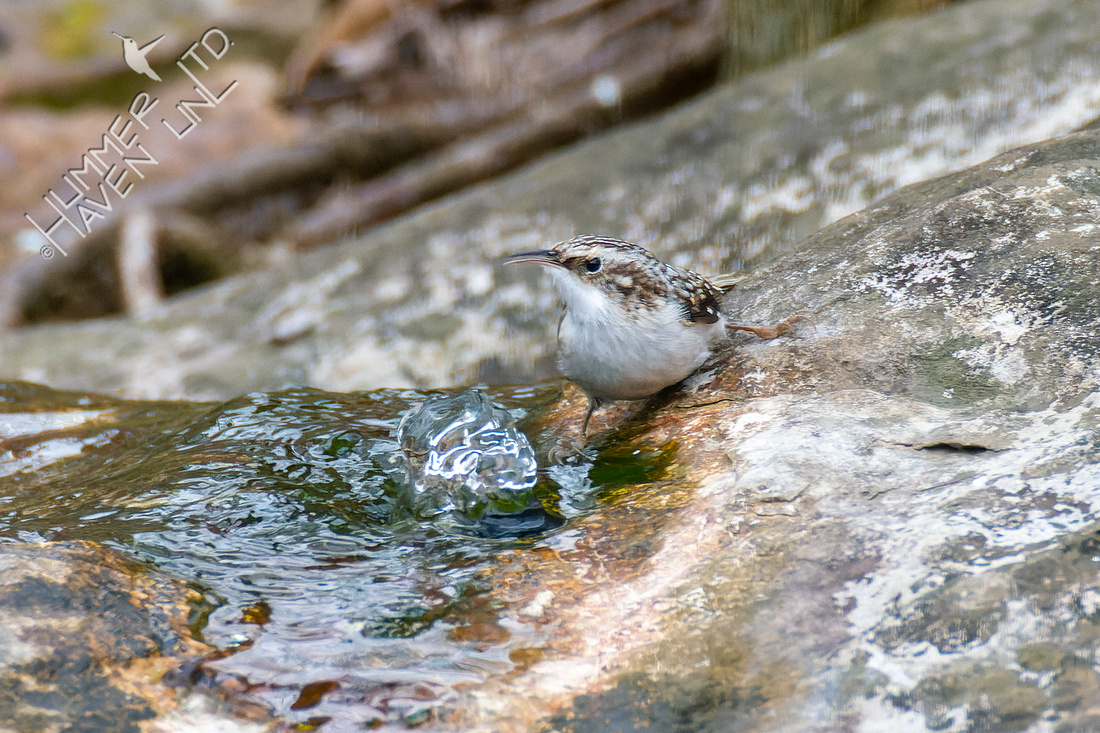 The Yellow-rumped Warbler also takes time to rest and conserve energy. Can you name the bird in flight behind it? The Brown Creeper regularly gets little sips. 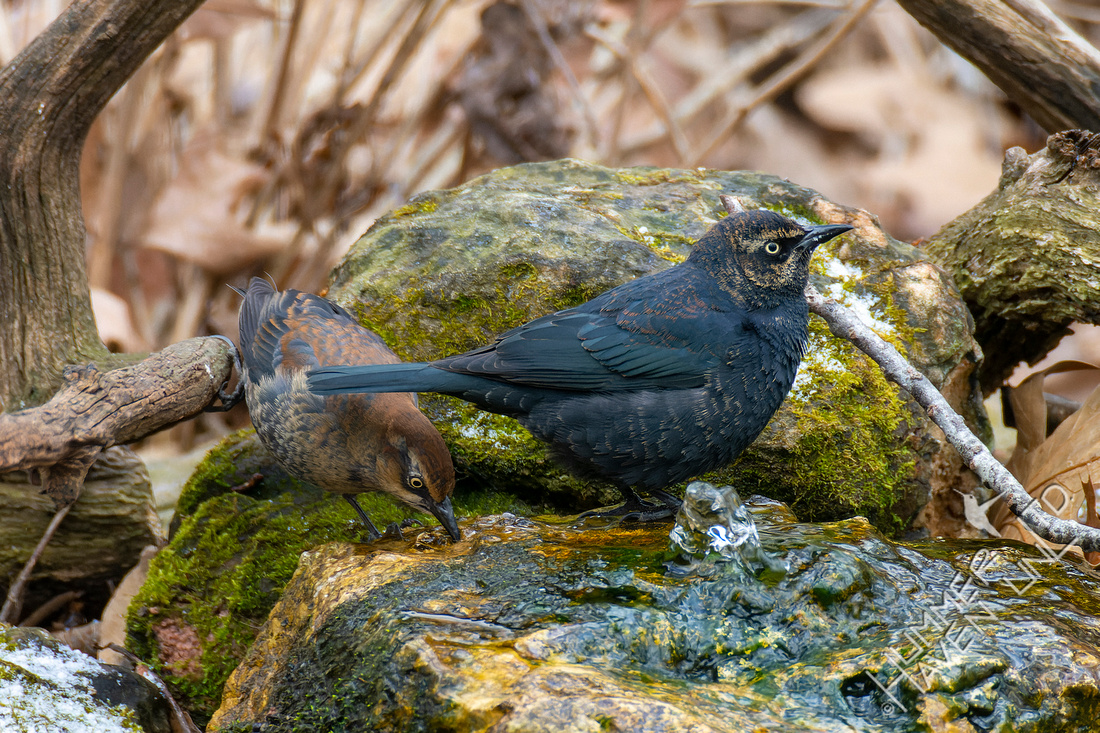 Rusty Blackbirds are being seen in numbers now, On Friday, there was a flock of perhaps 75, under the feeders and culling through the leaves. They have their own subtle, rich beauty.

To be continued...oh, and that is a Northern Flicker behind the Yellow-rumped Warbler!