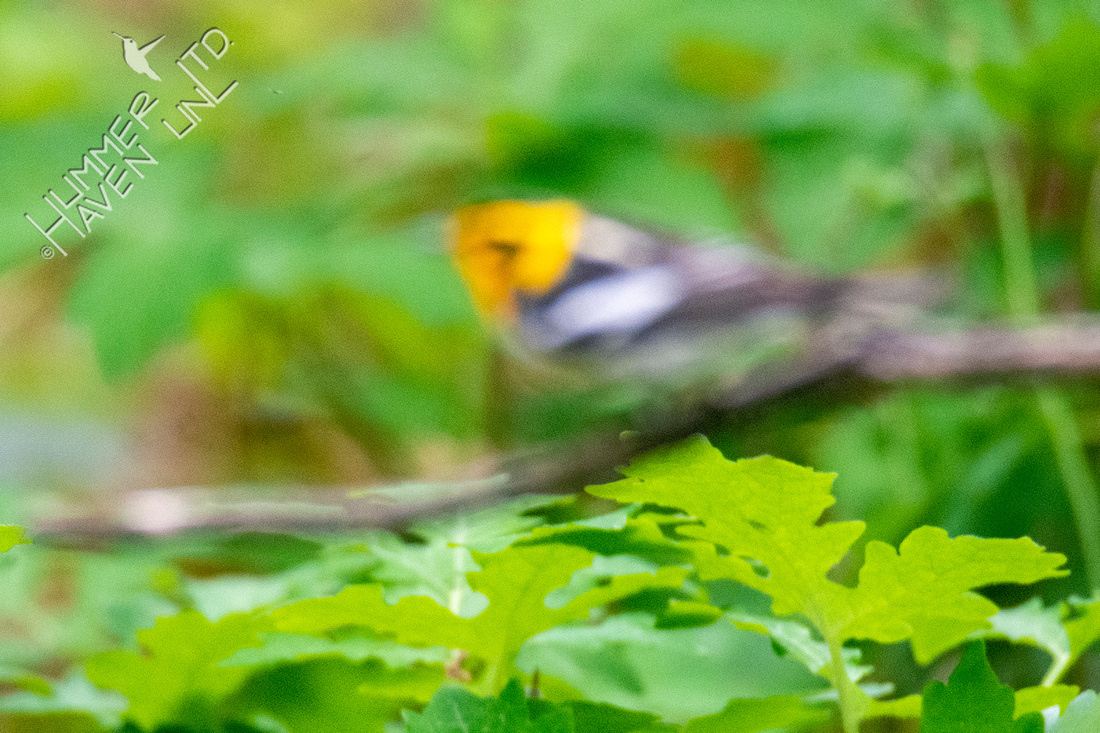 The last two weeks have been a bit of a blur!

Some of you know this bird and it will be revealed to all at the end. Let's take a look at some of the migrants that have stopped in to rest, refuel and refresh before heading on to their breeding grounds. 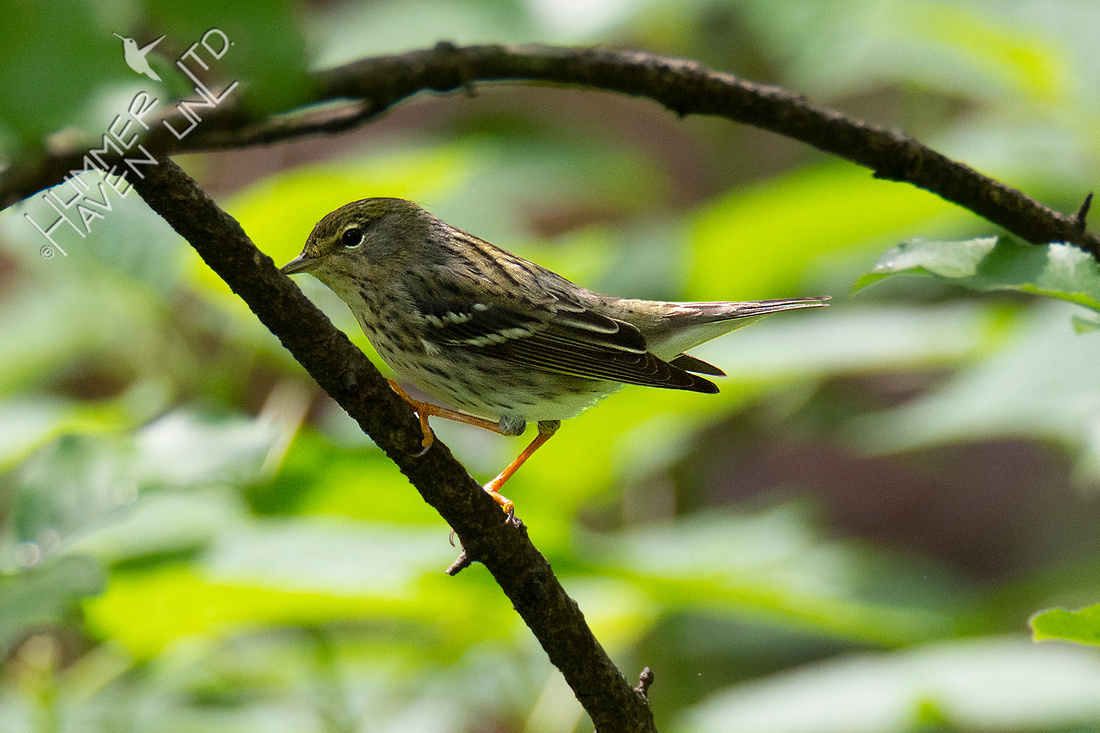 A female Blackpoll Warbler perched briefly, a male was seen high in the pond cypress. Their orangey legs help to give them away. 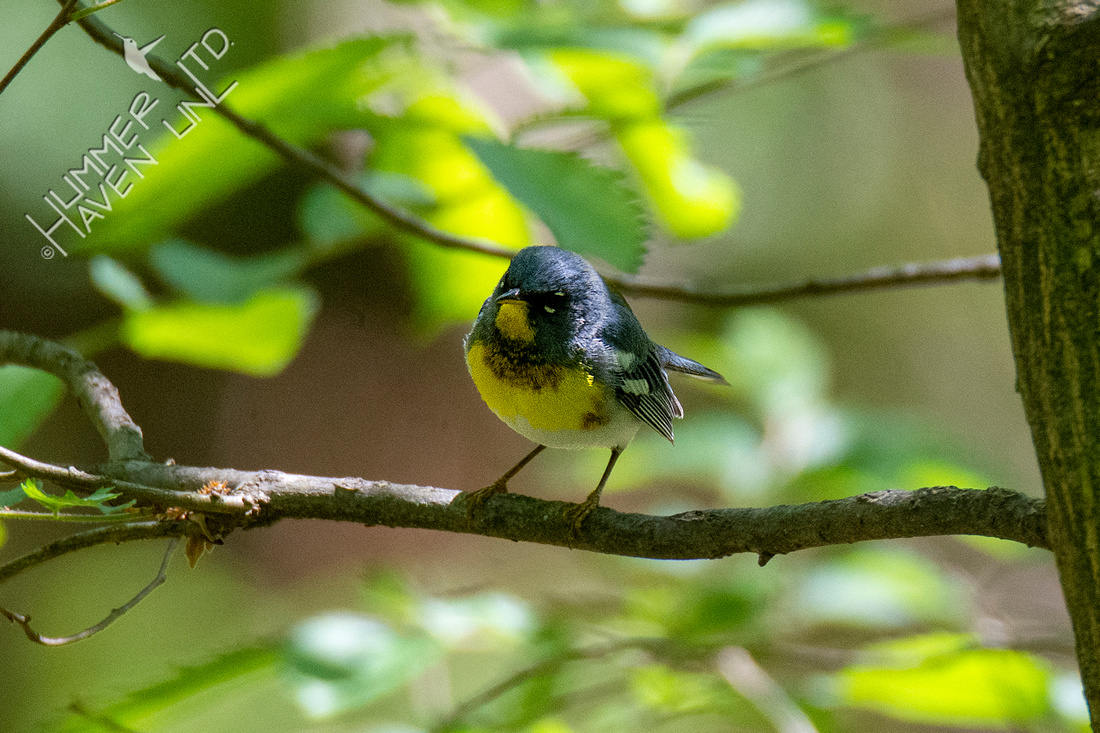 Northern Parulas were more vocal early in the month. Their chestnut and black breast bands deepen each year in the males. 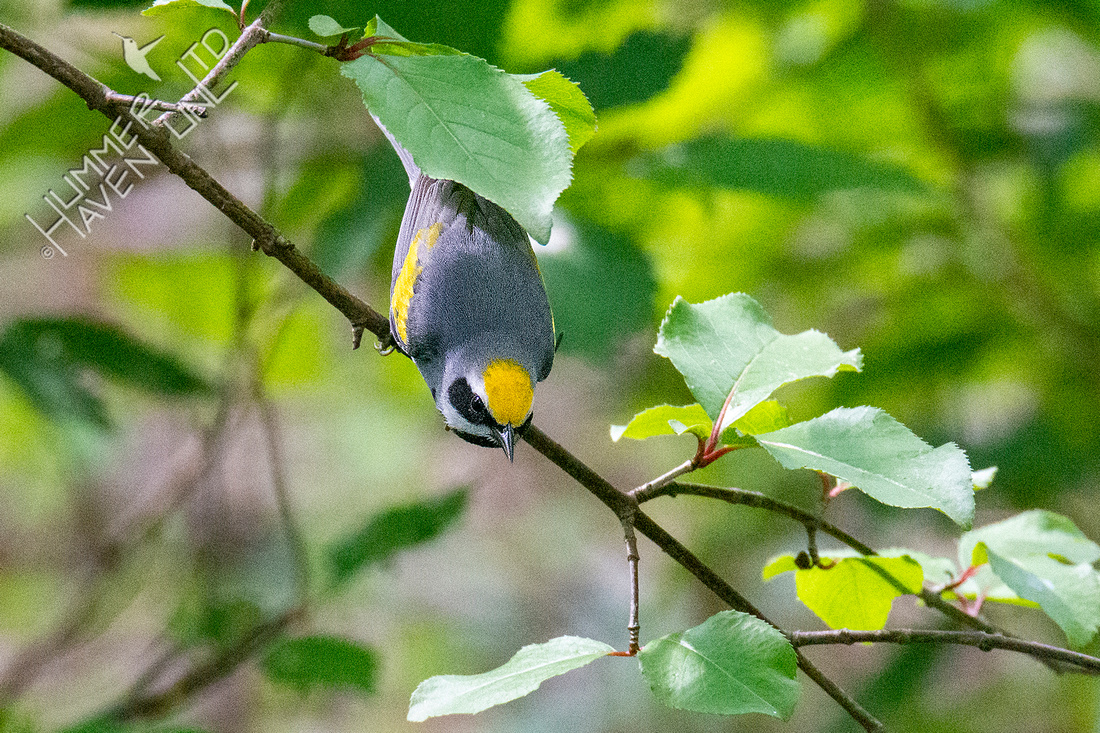 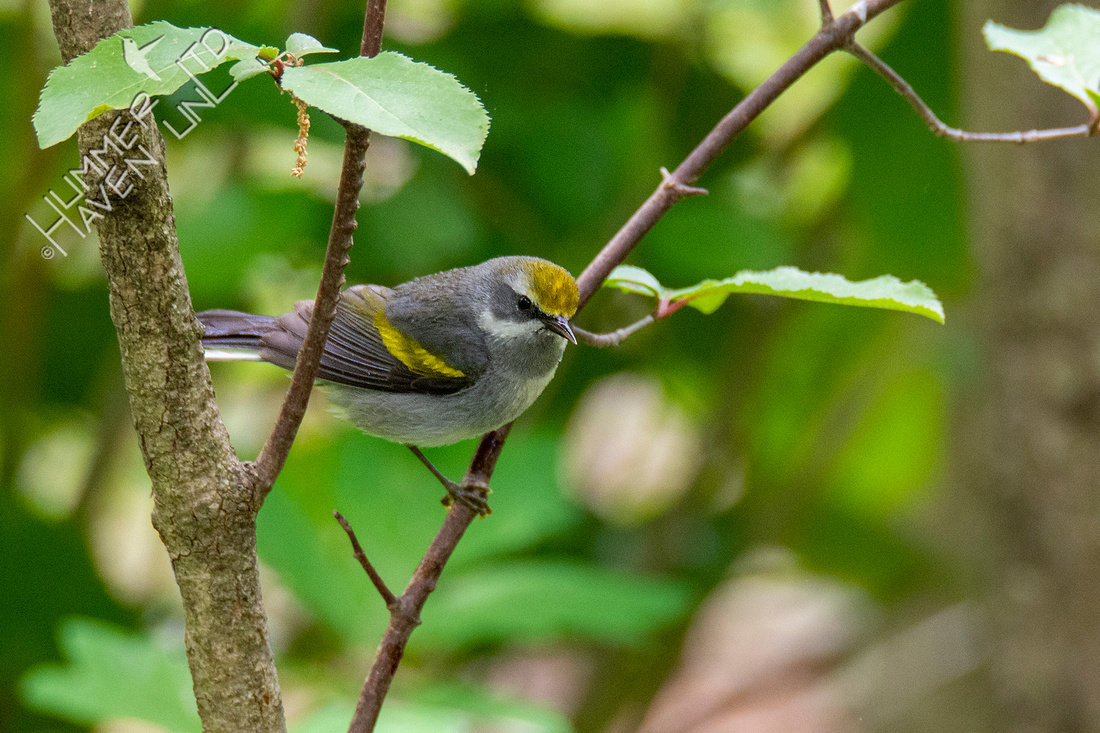 Golden-winged Warblers, both male and female have been frequent visitors. They are one of the most endangered of our migratory birds and yards with lots of native oaks and other plants help to sustain them and 96% of our native songbirds. 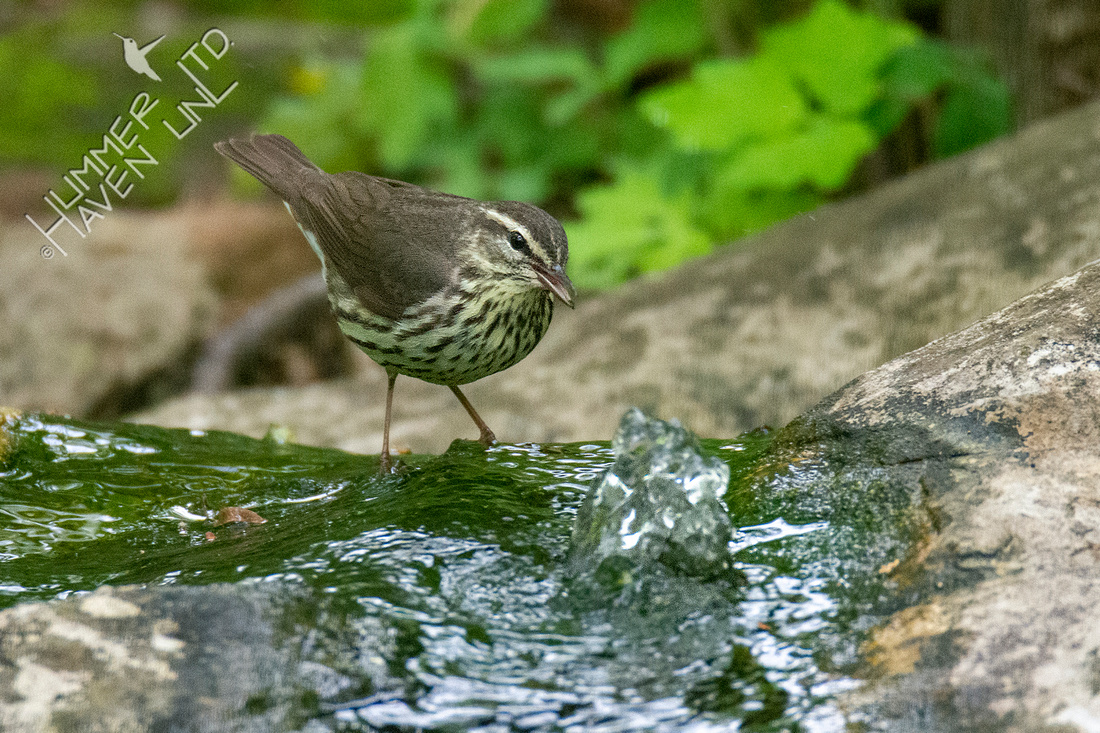 A Northern Waterthrush found small larvae in the string algae at the bubbler. I'm never too quick to scrub the algae away because it is beneficial. 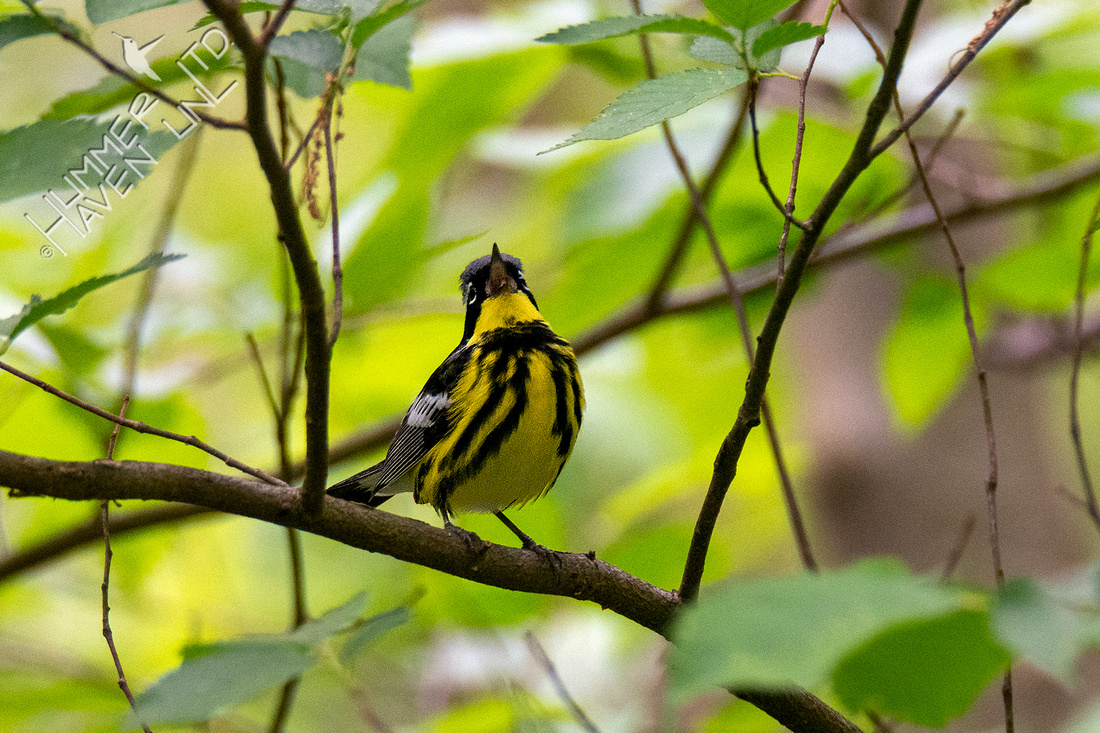 After struggling to get a photo of this Magnolia Warbler, which was foraging frantically, it suddenly stopped to sing! Ah, feed them and rewards will come. 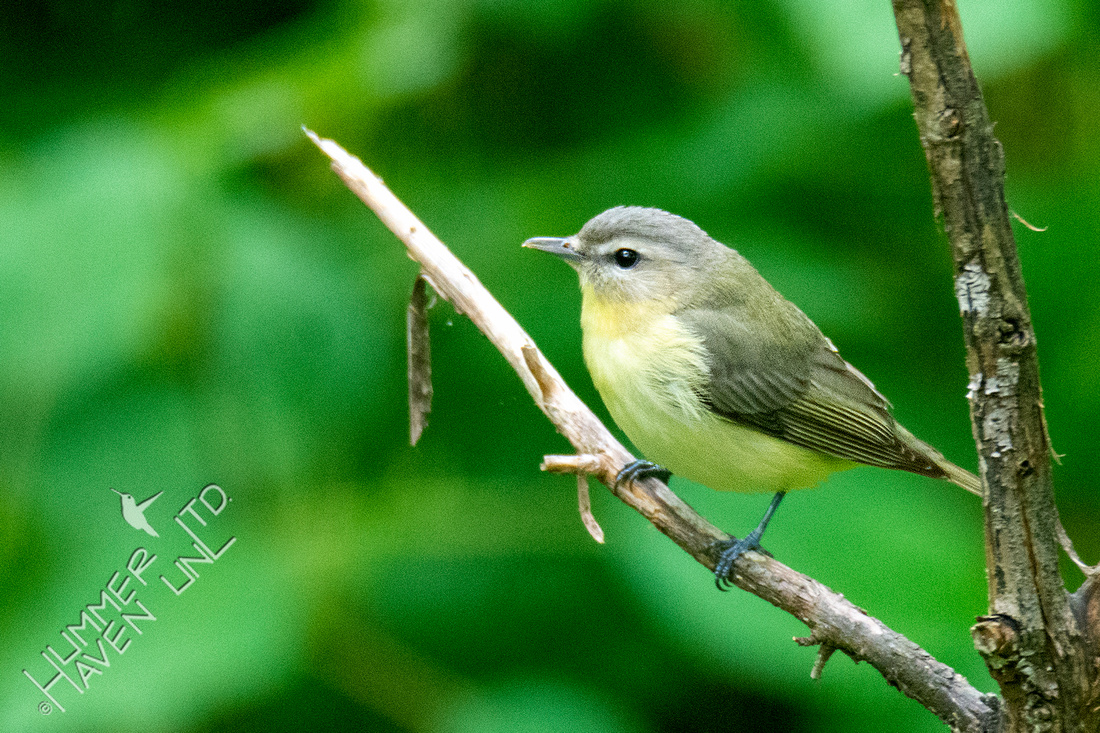 Philadelphia Vireos come in with the mixed flocks. Sometimes confused with the Tennessee Warbler, this species enjoys splash-bathing. 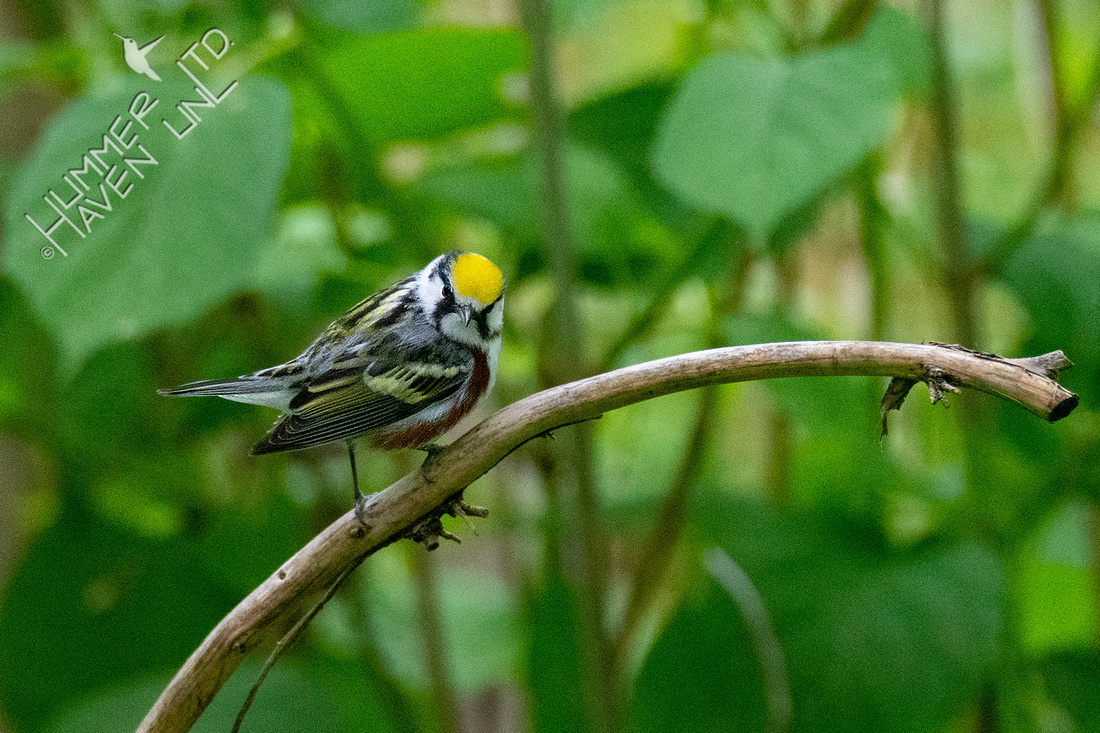 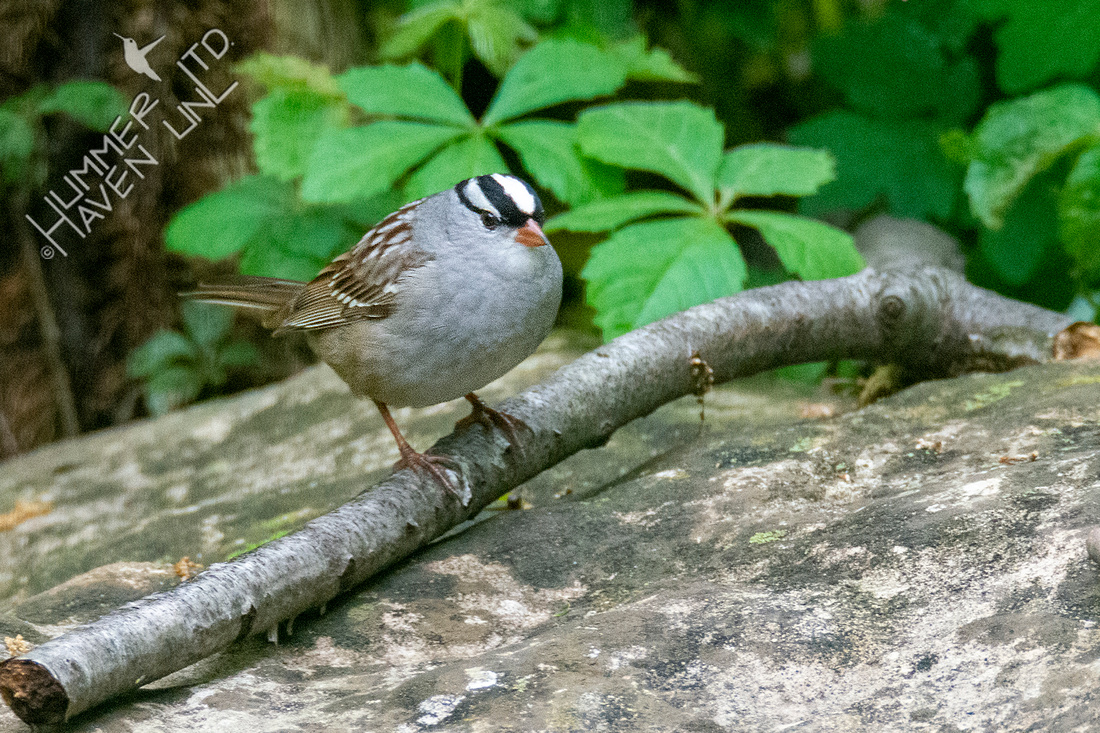 A White-crowned Sparrow came in this year. I don't take this one for granted, the last time I had one was May of 2018. 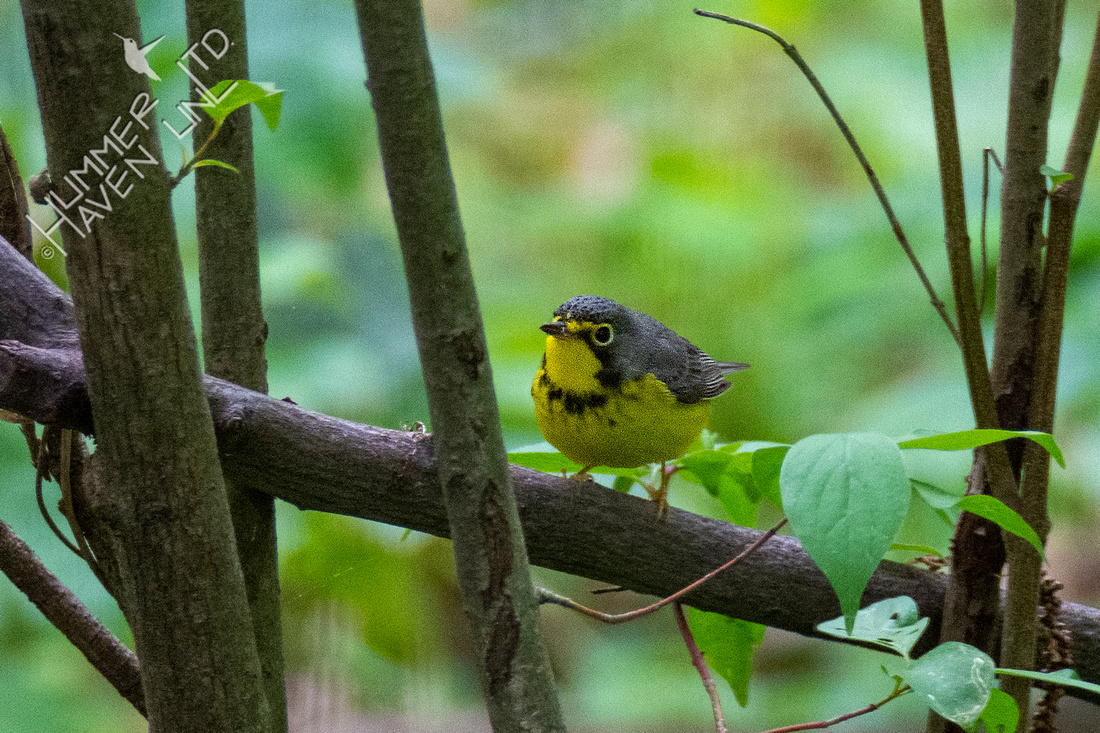 This is the only Canada Warbler that I've been able to see this year. Every spring can vary quite a bit with the mixed flocks that circle the 'hood. 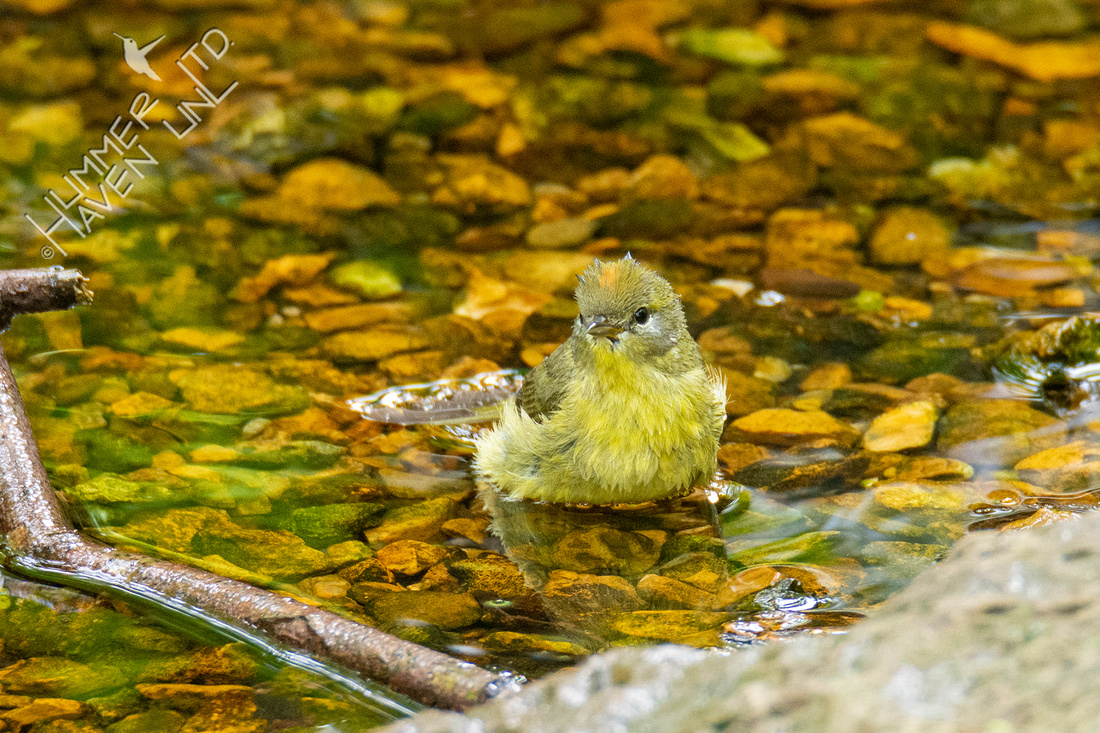 A beautiful male Orange-crowned Warbler bathed and revealed its secret. 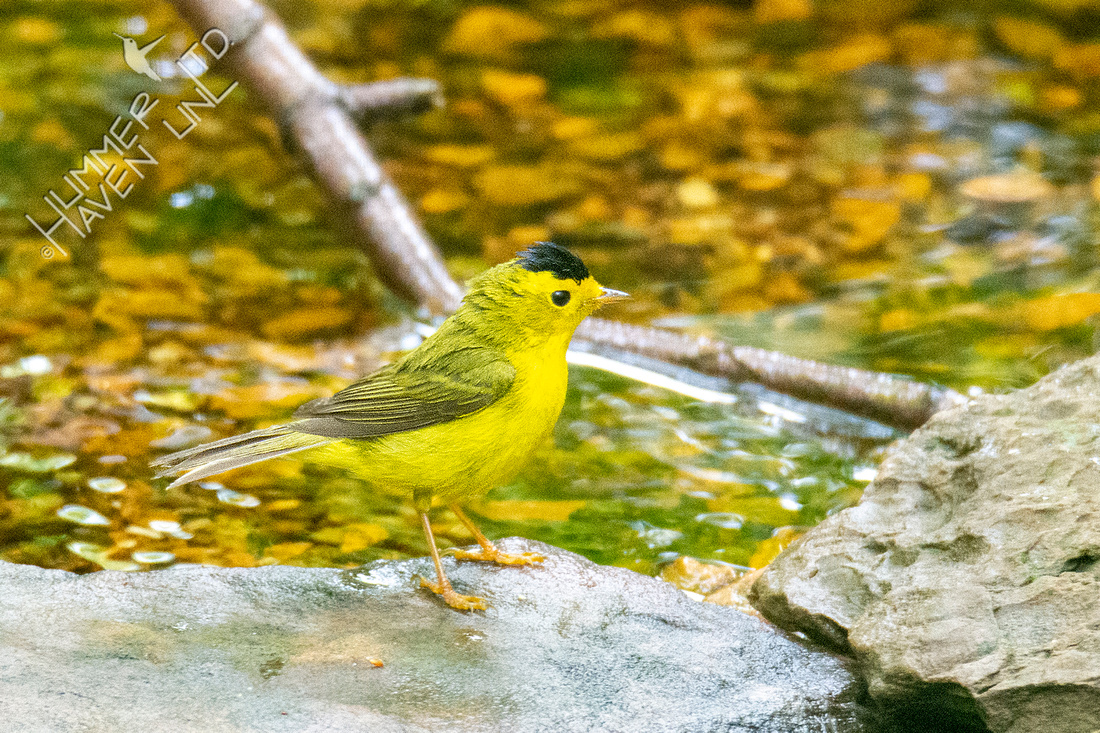 A Wilson's Warbler popped in to bathe after filling up on caterpillars. 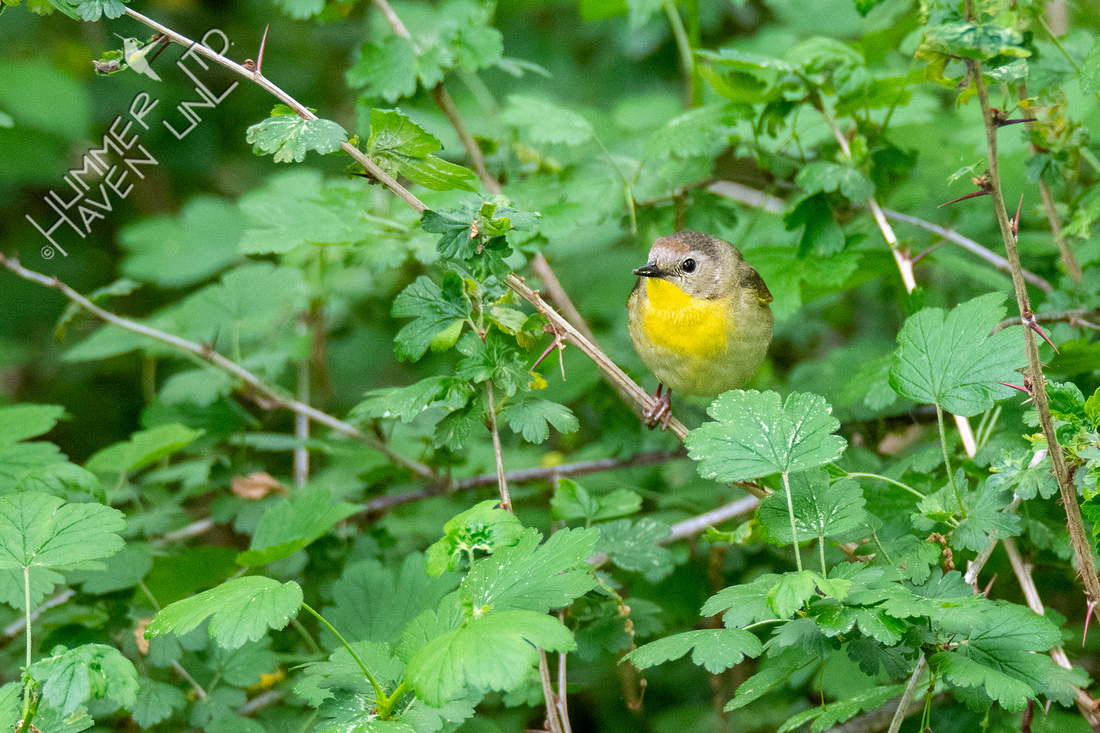 This female Common Yellowthroat, a small warbler, spent a lot of time deep in the gooseberry patch. It would come out briefly, then dive back in. The thorny Gooseberry (Ribes missouriense) supports at least 60 different moth and butterfly caterpillars, which forage on the leaves and then may become food for birds. 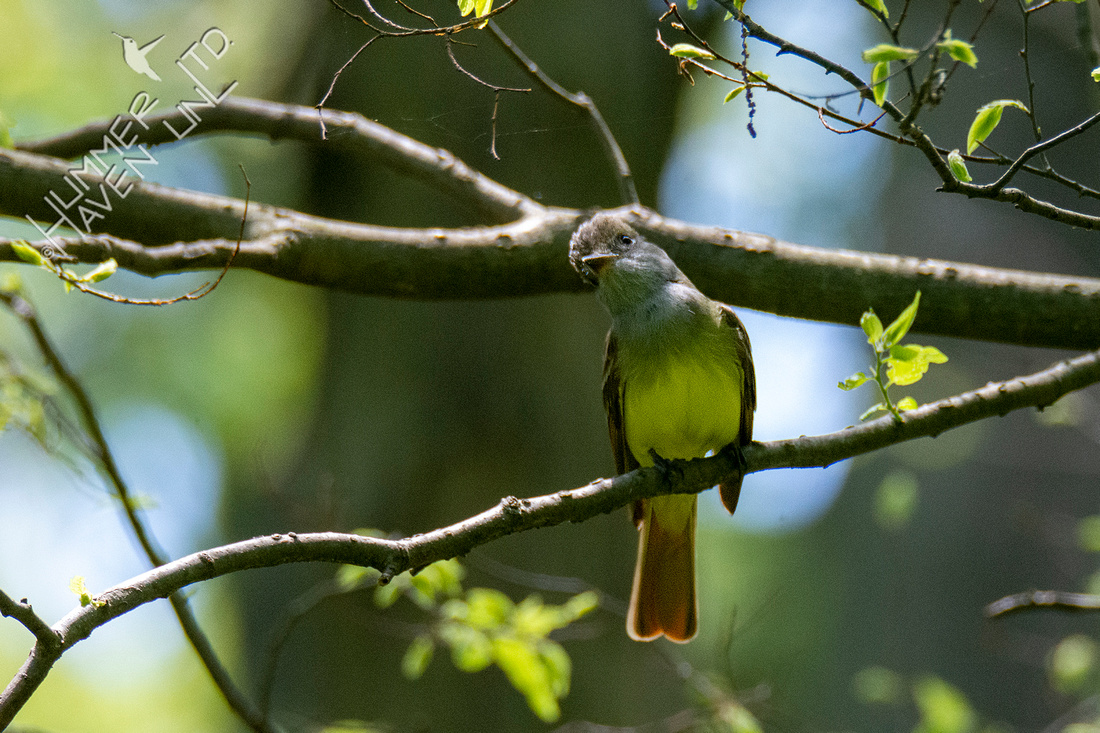 A pair of Great Crested Flycatchers have been such fun to watch as they sally out to catch gnats and other flying insects. It's a pretty sure bet that they are the pair that nest here. 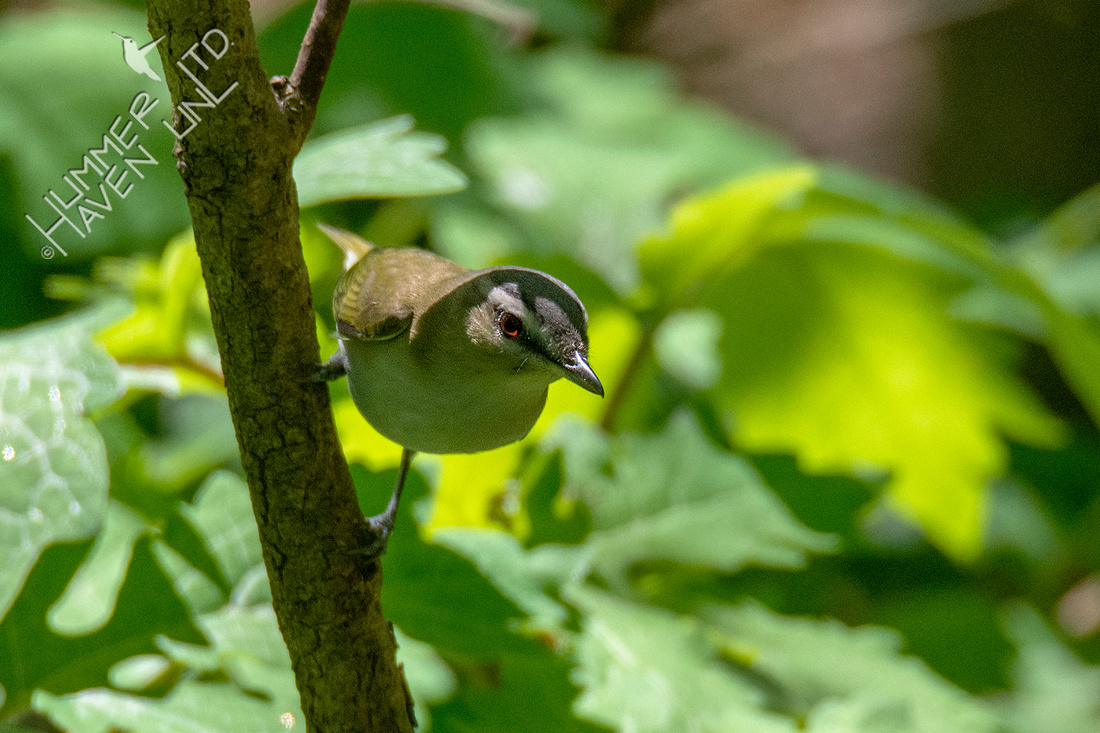 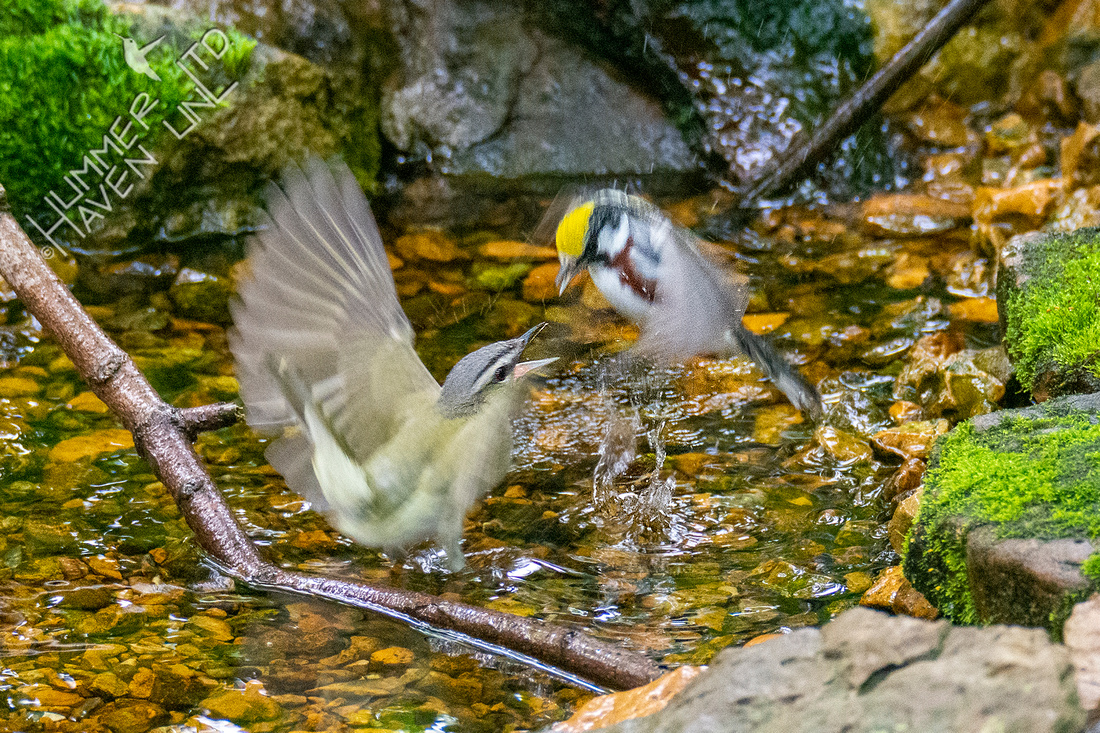 Another vireo, the Red-eyed was caught as it dive-bombed a Chestnut-sided Warbler! 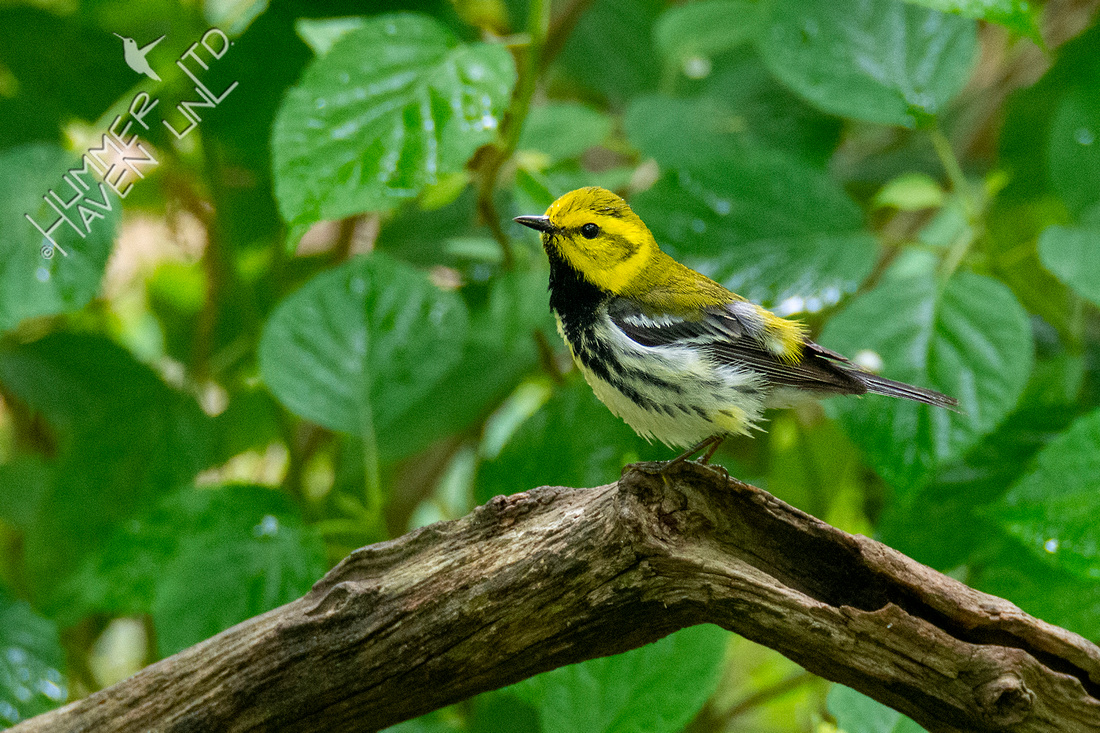 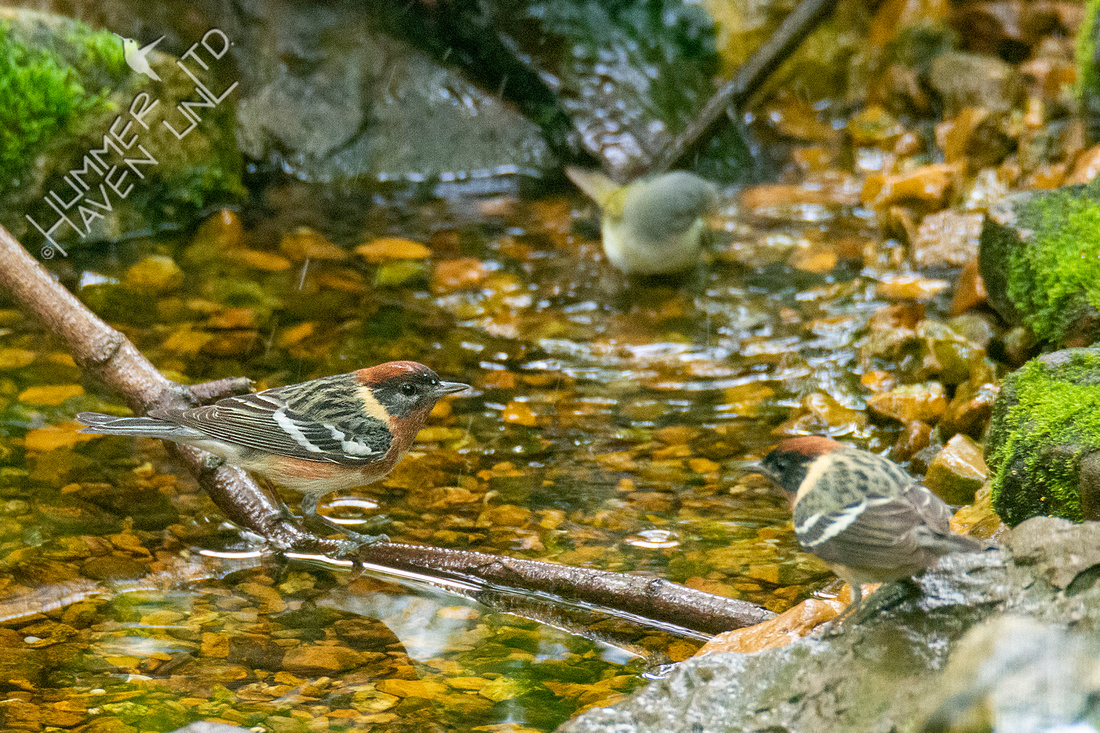 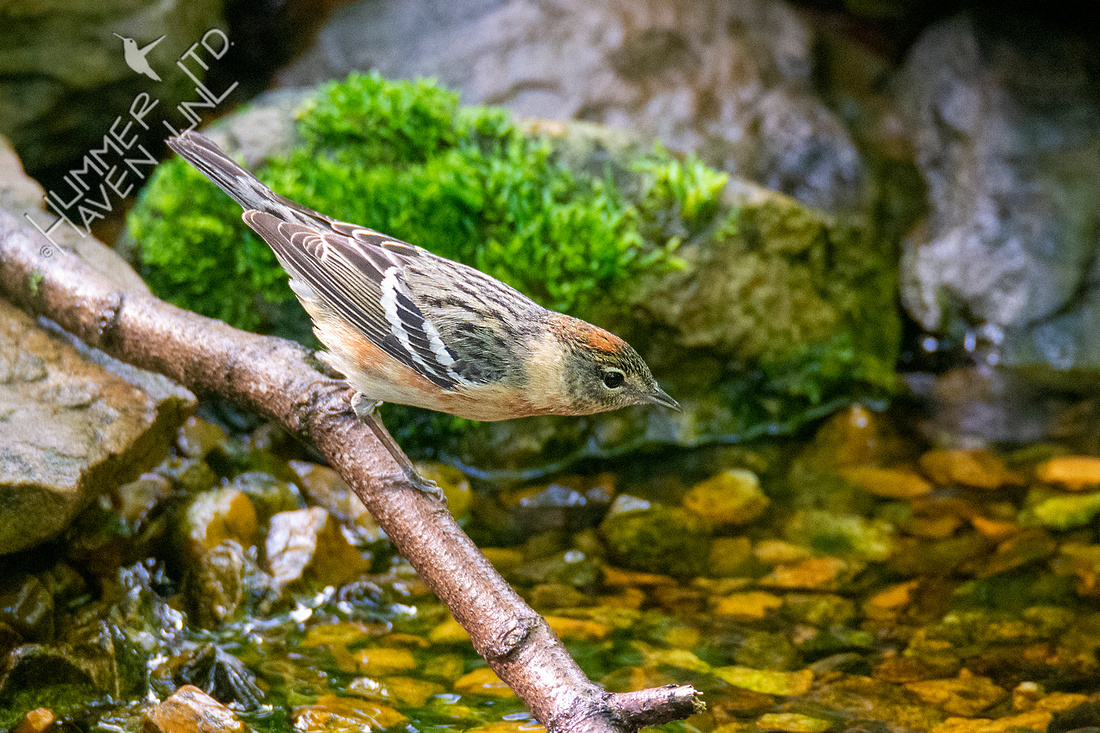 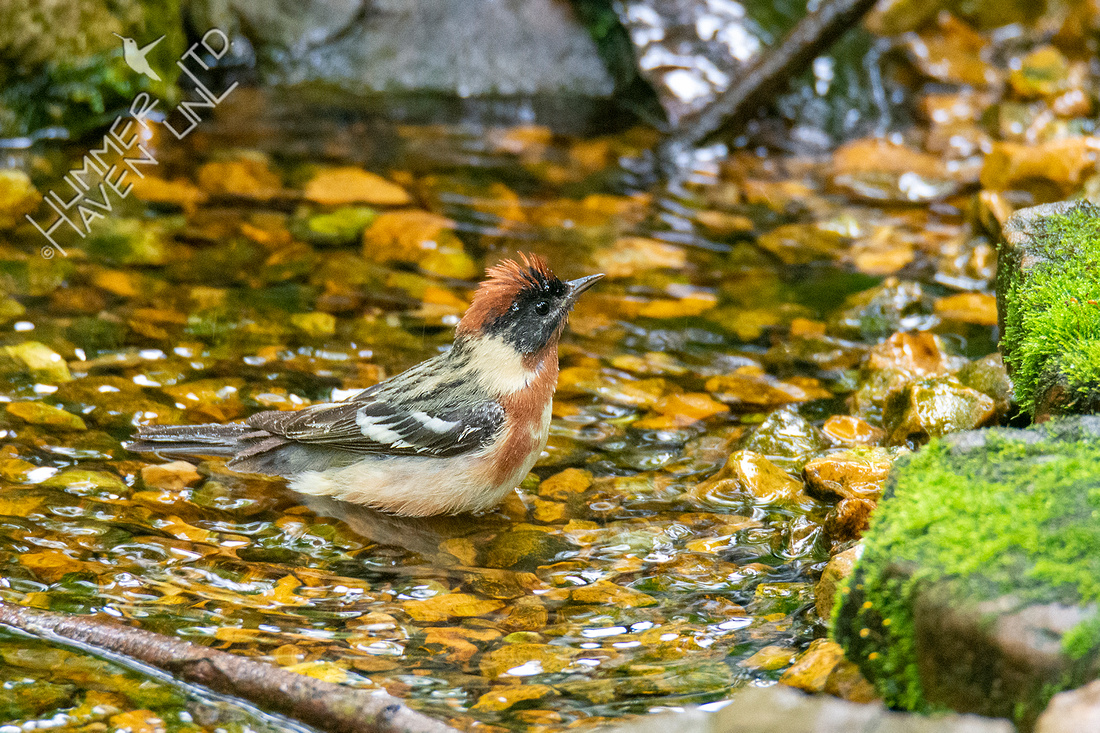 There are indeed, uncommon species that make my heart stop, like the Bay-breasted Warbler. I don't always get to see this one in breeding plumage. Last year was exceptional with males here for10 days. This year, I've seen two males and a female so far. Yesterday, this male spiked up its crown which is a new behavior to me! 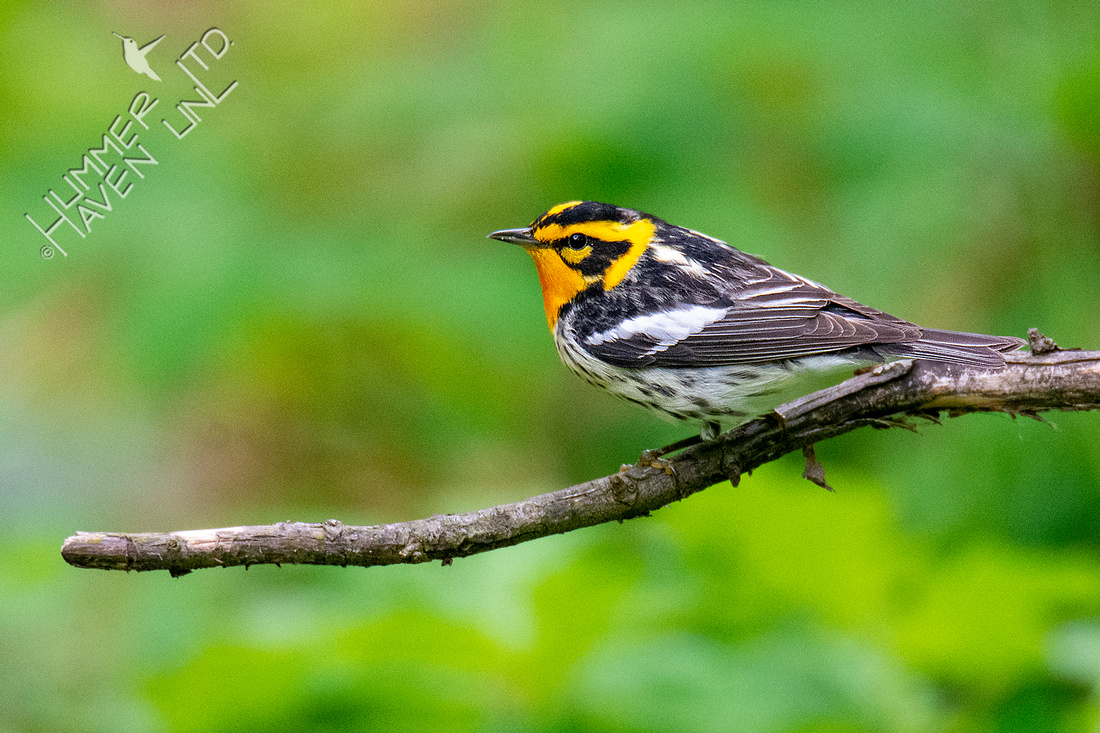 Ah, yes. the Fire-throat! Blackburnian Warbler, another gob-smacking eyeful of incredible beauty. If you'd like to see all the images of these and even more migrants, check out the gallery beginning here:

If you just have that hankering for warblers, start here:

It's still raining here, but I just saw another Bay-breasted Warbler...

Let me guess, your best Spring season ever? You have captured some amazing birds. Your descriptions & words are so well done. It made it truly fun for us to see & read about each one of your beauties. You also made it educational for both of us, with the female's giving us great pleasure in guessing the species, being sometimes wrong and sometimes correct. This is especially important for us West Coast birder's who often never see those plumage differences, especially in springtime.

I have to end with my vote for the best species in this latest set of gorgeous photos: in my opinion, the Golden-winged Warbler gets the Biggest Worm 1st place prize. But there are so many other top prize winners too!

Thank you so much for everything you do, for us viewers/birder's & for helping Mother Nature provide bounty for these beautiful song birds.