CRUMBS TO THE BIRDS

A bird appears a thoughtless thing,

He's ever living on the wing,

And keeps up such a caroling,

That little else to do but sing

A man would guess had he.

A bird appears a thoughtless thing,

No doubt he has his little cares,

And very hard he often fares,

The which so patiently he bears,

That, list'ning to those cheerful airs,

Who knows but he may be

In want of his next meal of seeds?

I think for that his sweet song pleads.

If so, his pretty art succeeds.

I'll scatter there among the weeds

All the small crumbs I see. 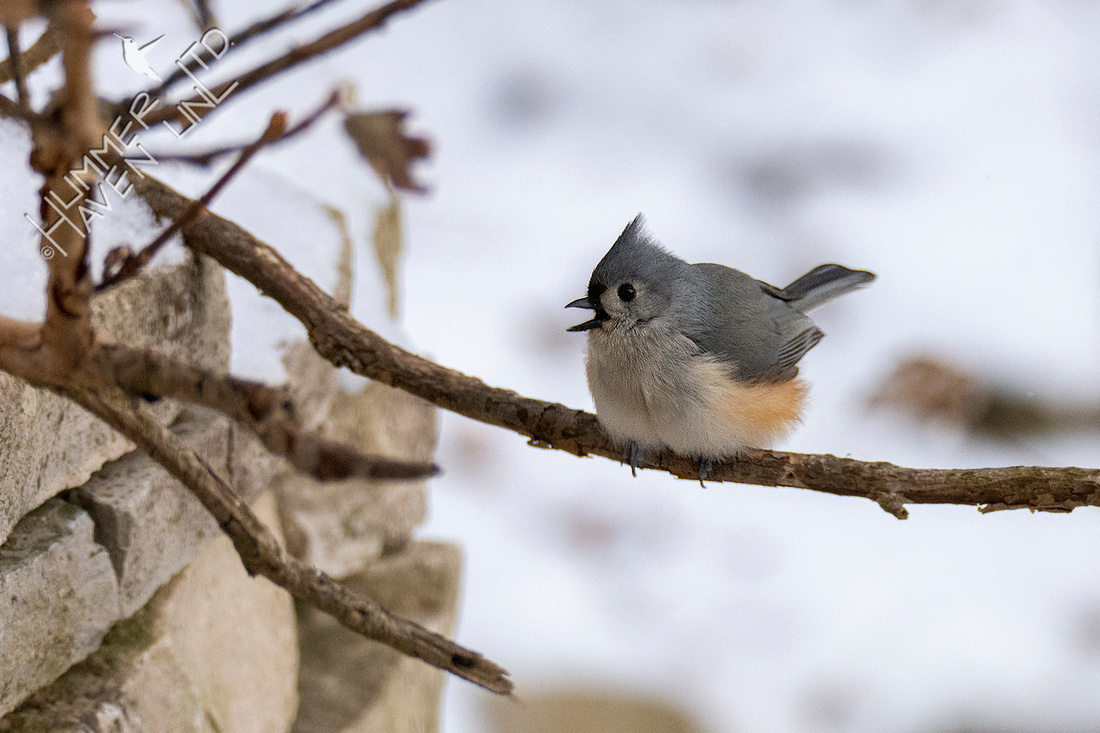 Birds like this Tufted Titmouse have been singing, tuning up for Spring. But February had wintry days in store for all the birds. 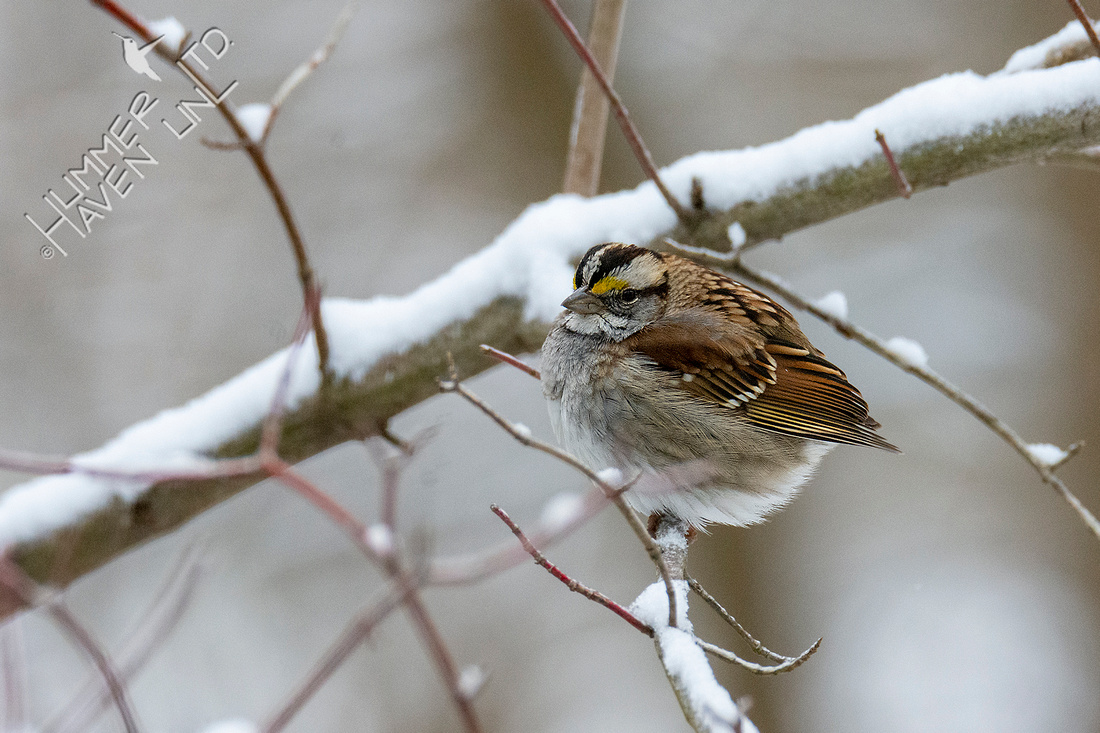 Feeding birds in winter is not for the faint of heart. One is witness to trials we would be hard pressed to bear. A White-throated Sparrow has lost all its tail feathers, making it more difficult to fly, to balance. 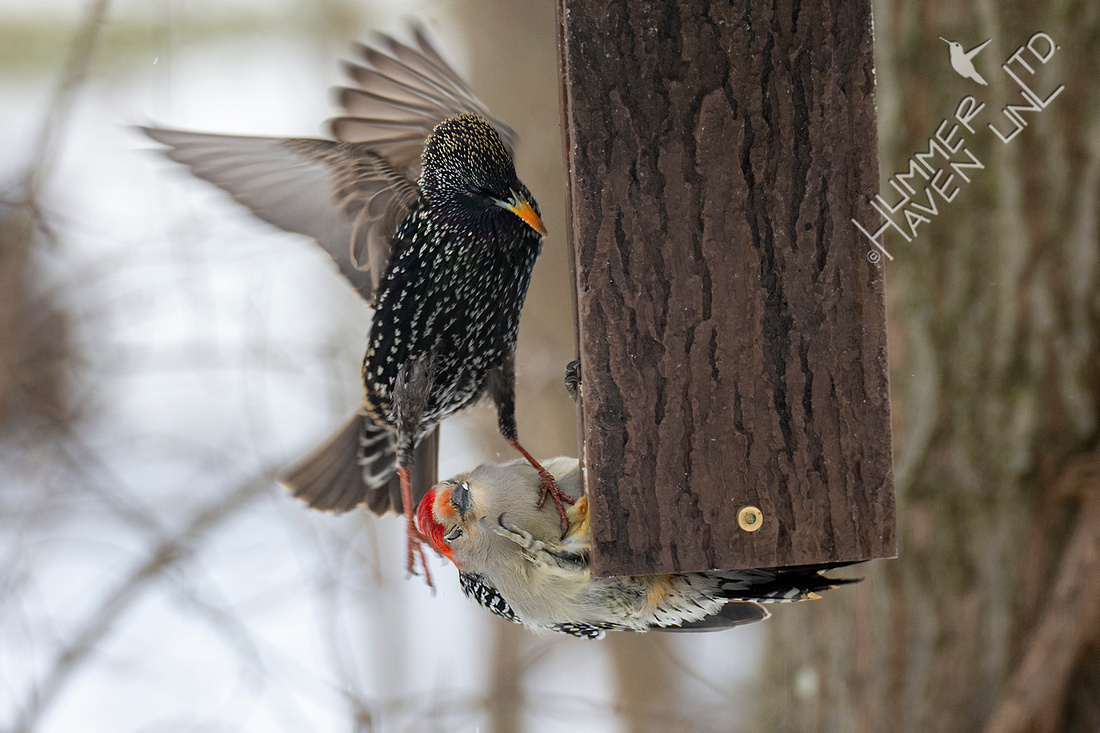 A European Starling attacked a Red-bellied Woodpecker, forcing it off the bark butter feeder. The woodpecker did recover to return later. 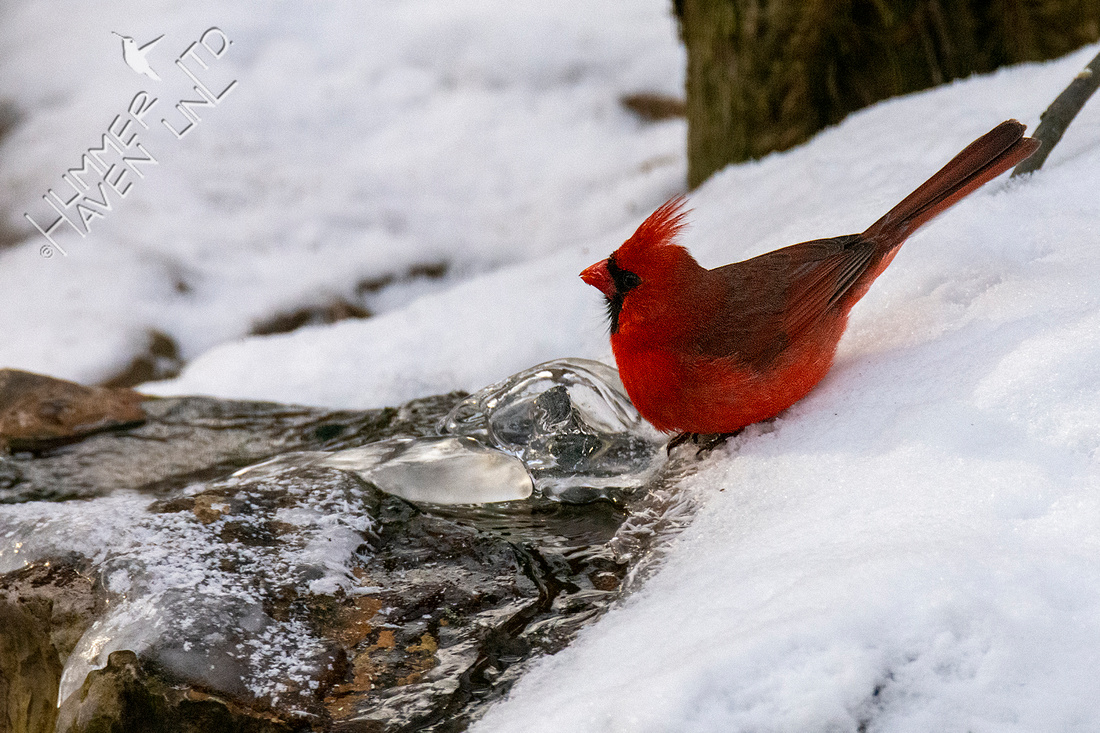 On Valentine's Day, this beautiful Northern Cardinal braved the snowy conditions to drink at the bubble, encased in ice. 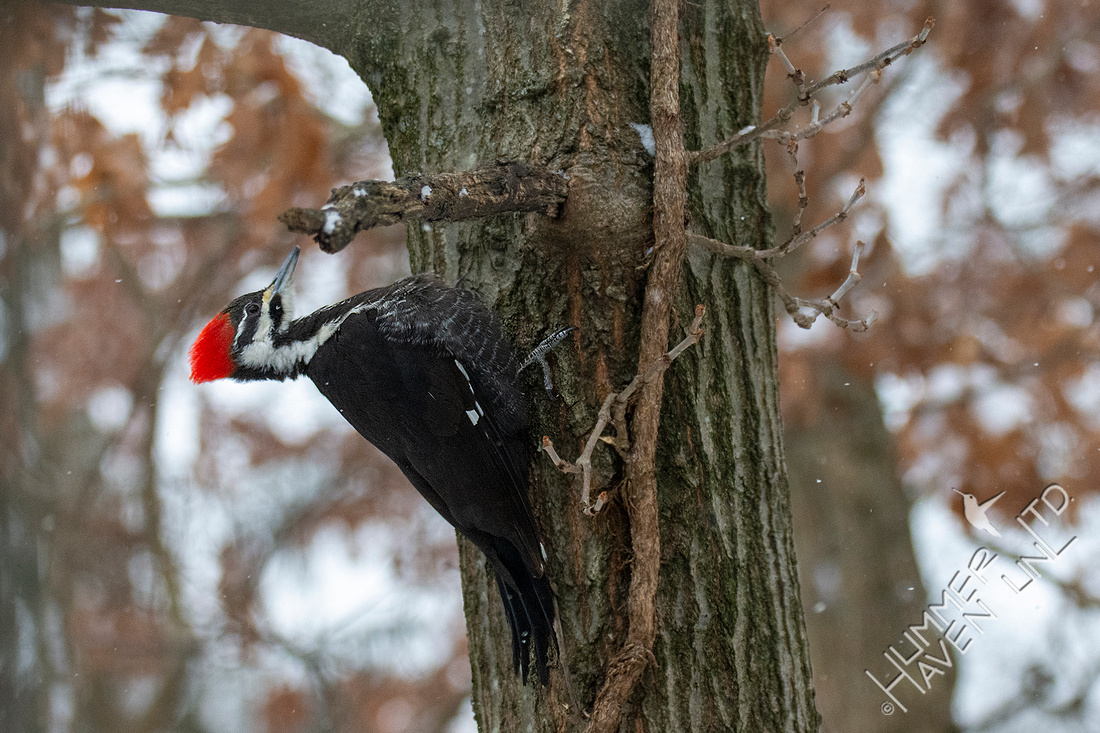 Three mornings in a row a female Pileated Woodpecker came into the woodland, and investigated any dead branches to look for insects. It had its eye on the bubbler and feeders, assessing the lot. 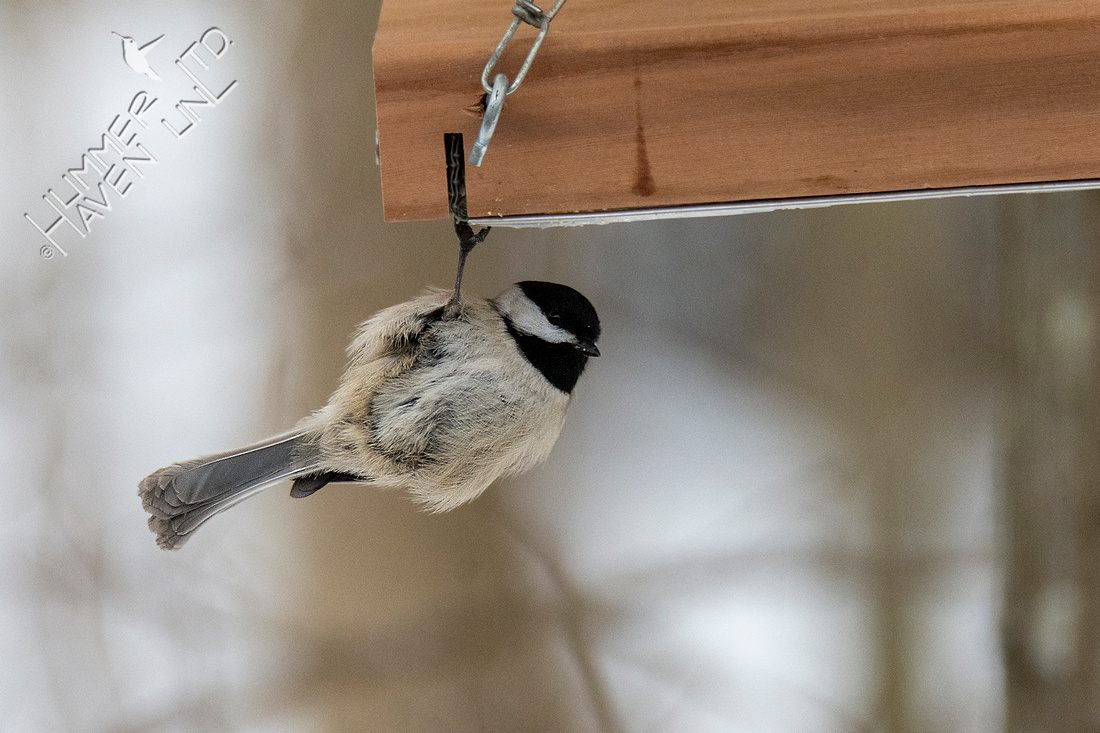 A Carolina Chickadee has been seen at the feeders daily, hanging on, despite having one deformed leg. Its talons can be seen, but the leg is not of much use. We are glad to see the little bird every morning, knowing it has survived another night in this bitter cold. 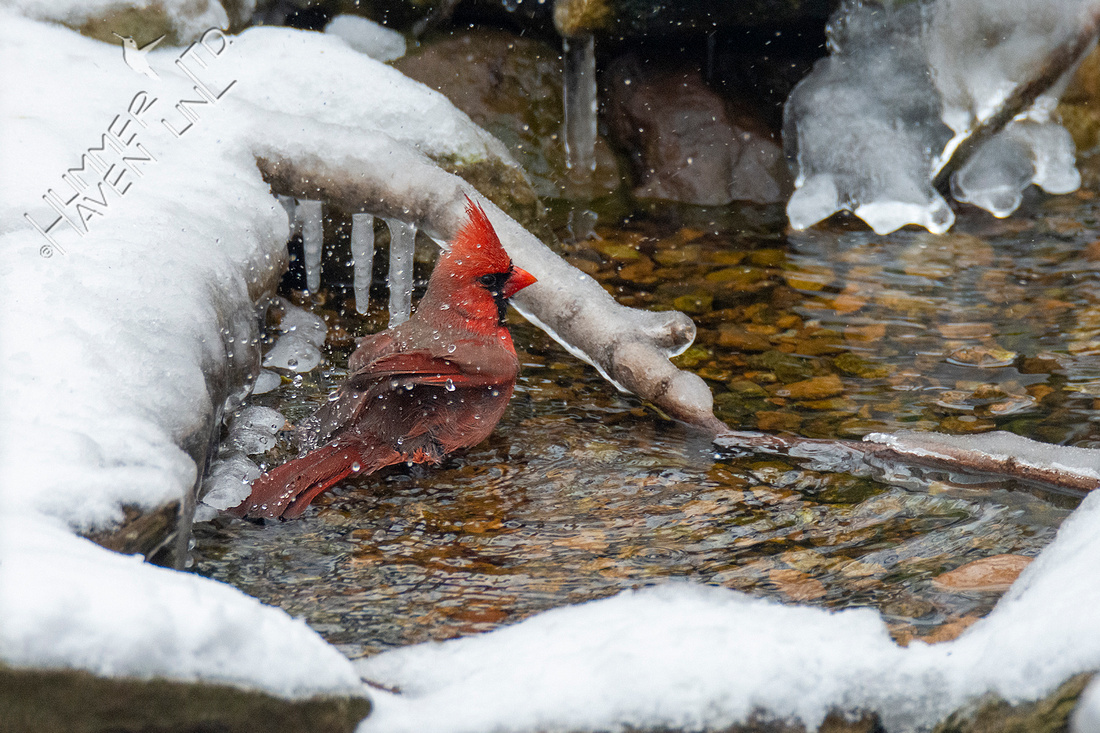 Even when temperatures drop, birds will come to the basin to bathe. The de-icer in the pond keeps the water from freezing. It must feel a bit warmer than the air. 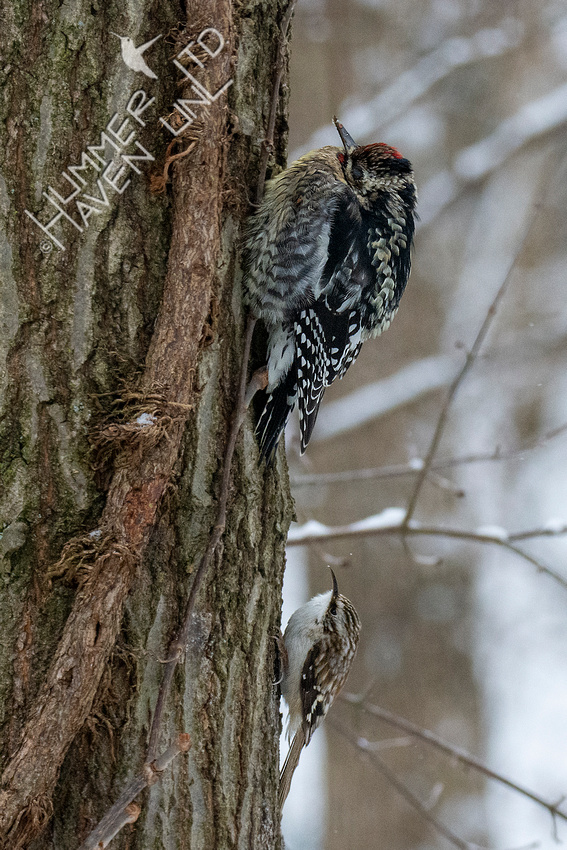 A Brown Creeper came upon a sleeping roadblock in the form of a Yellow-bellied Sapsucker. Birds spend some time every day resting. 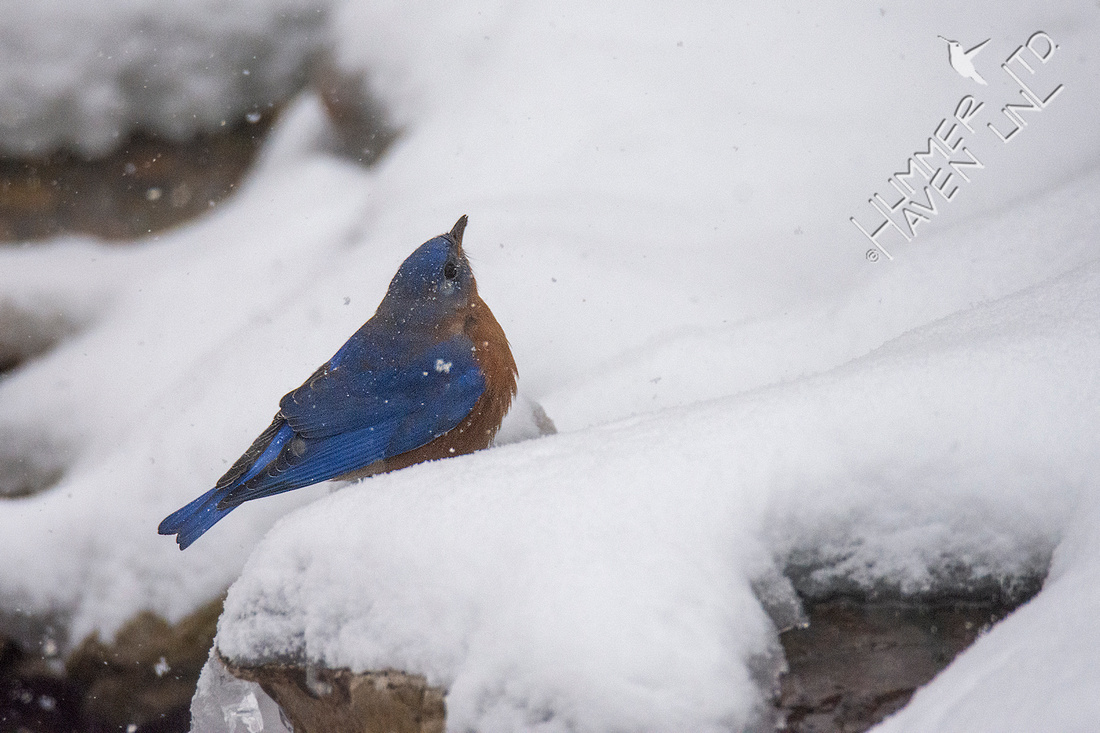 Eastern Bluebirds have been coming in to drink at the bubbler and at the fountain.

A disturbing scened unfolded before us just as we were going to go out and refill the feeders. An American Goldfinch appears in the lower left corner of  the screen at 3:03:51 on the clock. A Rusty Blackbird dove in and grabbed it, making a meal of it. Two birds, possibly three partook of this meal. We waited for the scene to play out, then cleaned and sanitized the basin. 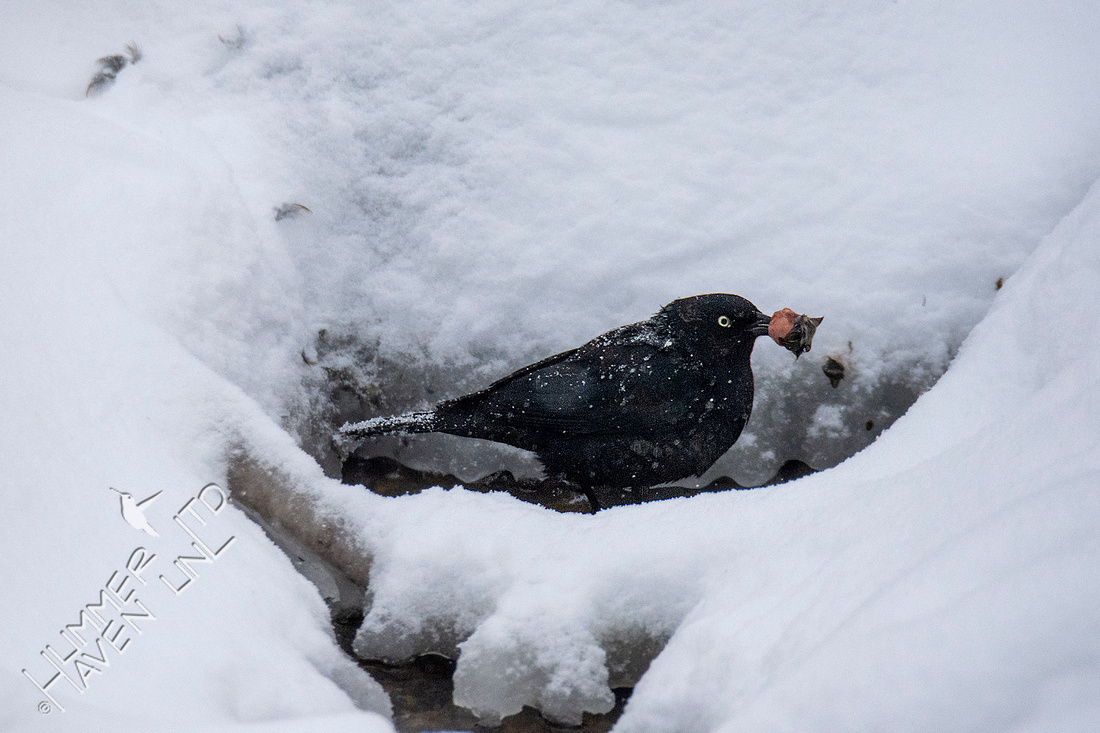 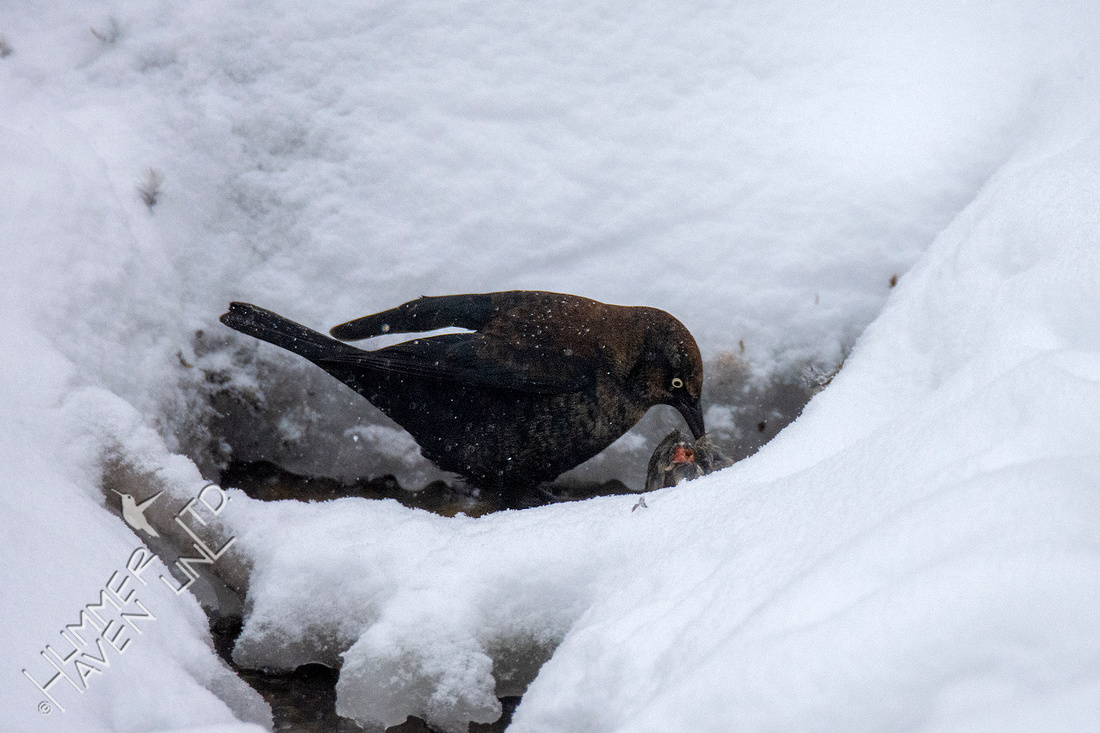 Brutal conditions force birds to take food in whatever form is necessary. Winter is cruel. 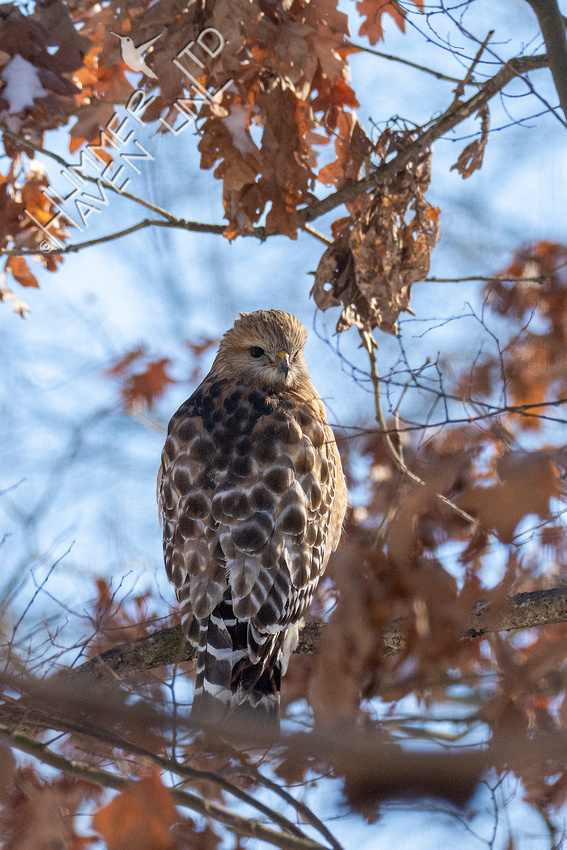 Today was bright and beautiful, just making it to 20 degrees. This beautiful Red-shouldered Hawk came in, looking about and soaking up the sunshine.

The last few weeks have been very full, full of birds and commitments!

To view all the photos since the last blog post, begin here:  Photos since 1-23-21

One of the programs I've given recently was recorded by St. Louis Wild Ones.

You are invited to view it here:  Why Our Gardens Are Vital to the Conservation of Our Native Birds