It's important to pay attention to the tiniest things. 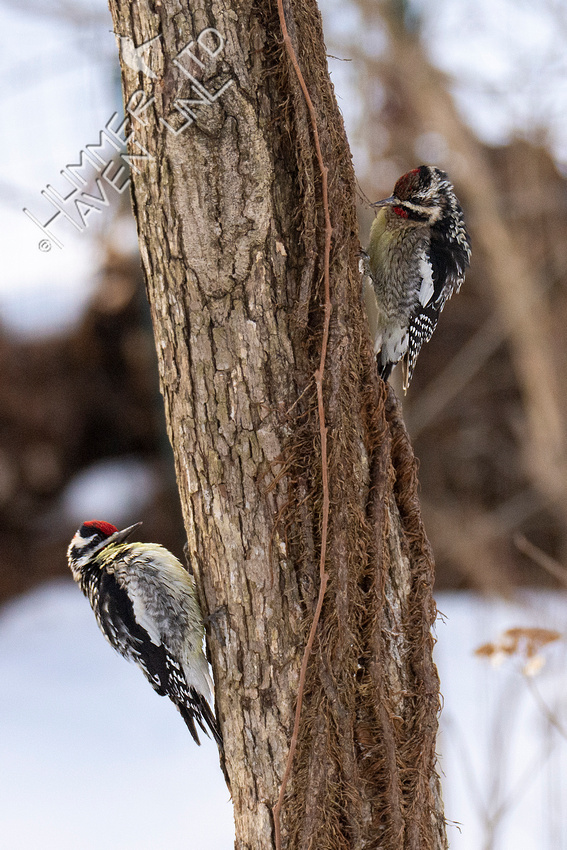 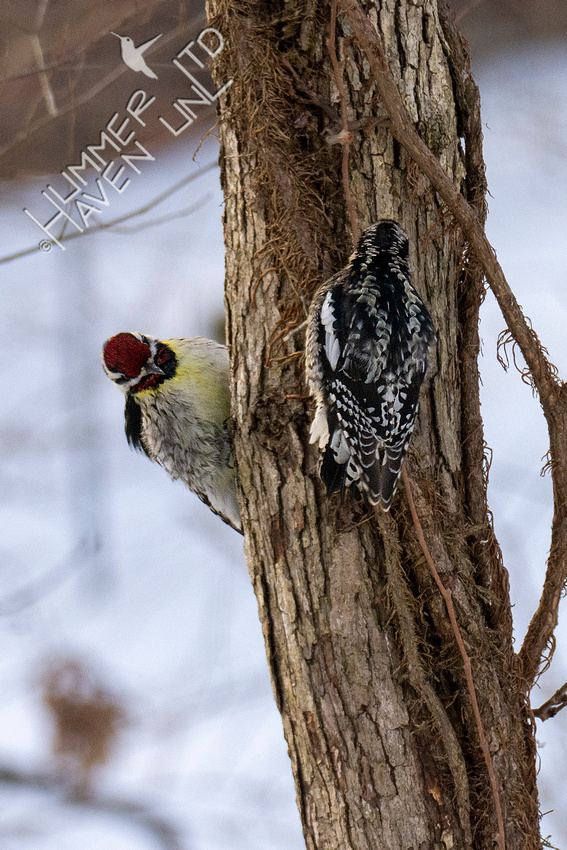 On Sunday, 2-21-21, about 8:35 a.m. I had just come into the breakfast room and saw two birds on the little oak by the Bubbler. Oh, nice! I watched them, as a male Yellow-bellied Sapsucker chased an immature male around the tree. This brightly marked, gorgeous bird was the first adult male Yellow-bellied of the winter, or so I first thought. My initial ID would soon be challenged by the smallest of details! 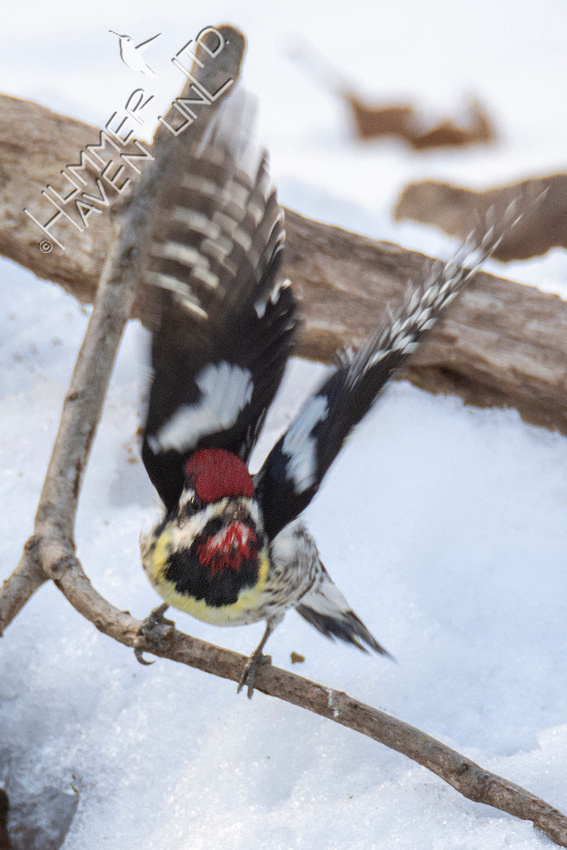 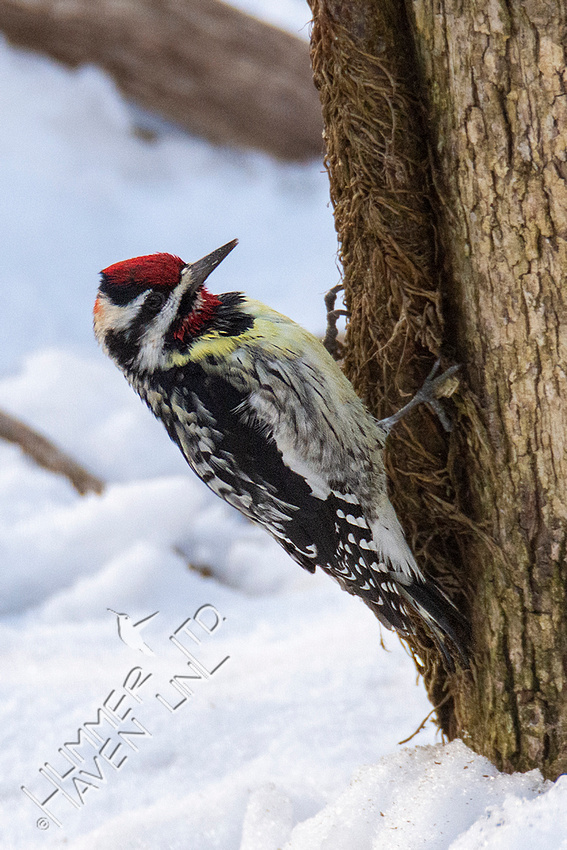 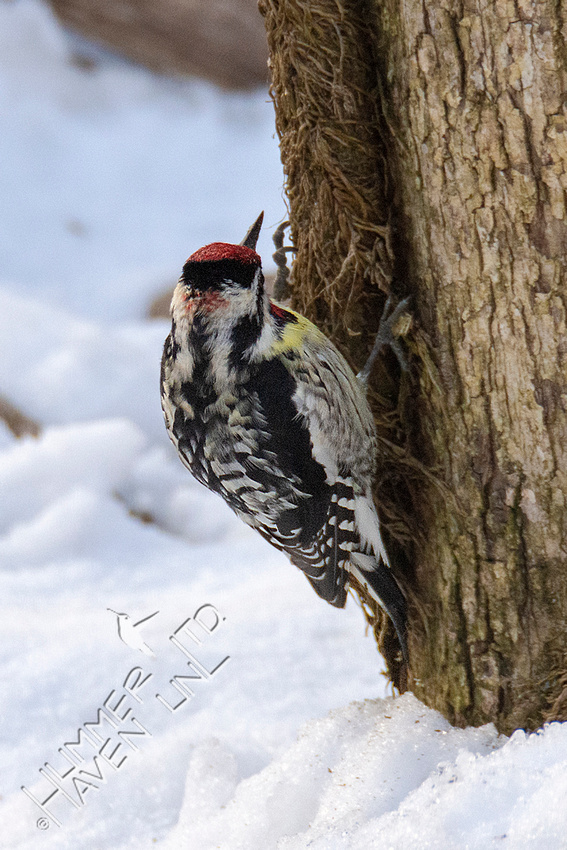 "Hmm, and who do we think you are!?" I said to myself. This bird had a red patch of feathering on the nape, and white feathers on its chin. It clearly had two distinct parallel rows of white feathers down its back. These features did not point to a Yellow-bellied Sapsucker. Was this a Yellow-bellied x Red-naped Sapsucker (hybrid)? Oooh...my focus intensified as I tried to get as many images of every side of this bird as I could. The bird was so cooperative, and it enjoyed a wonderful bath in the basin as its only obvious reward. 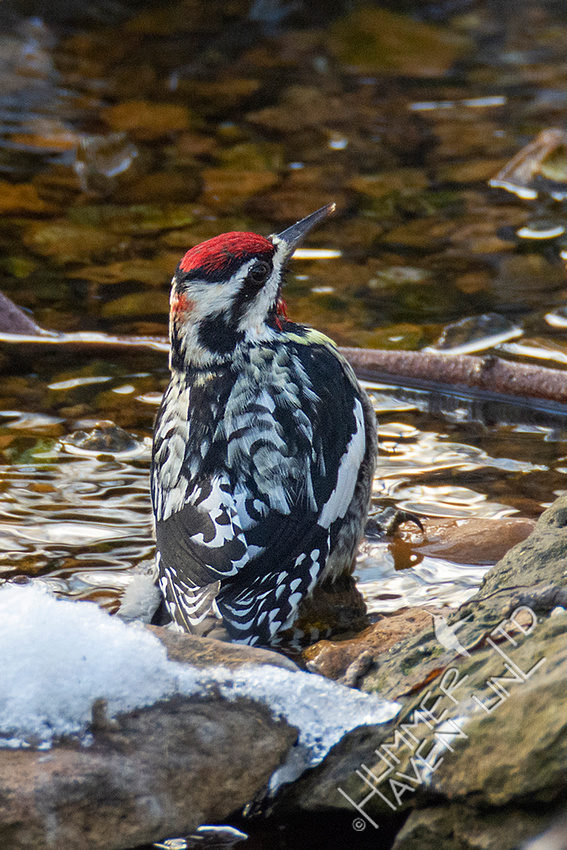 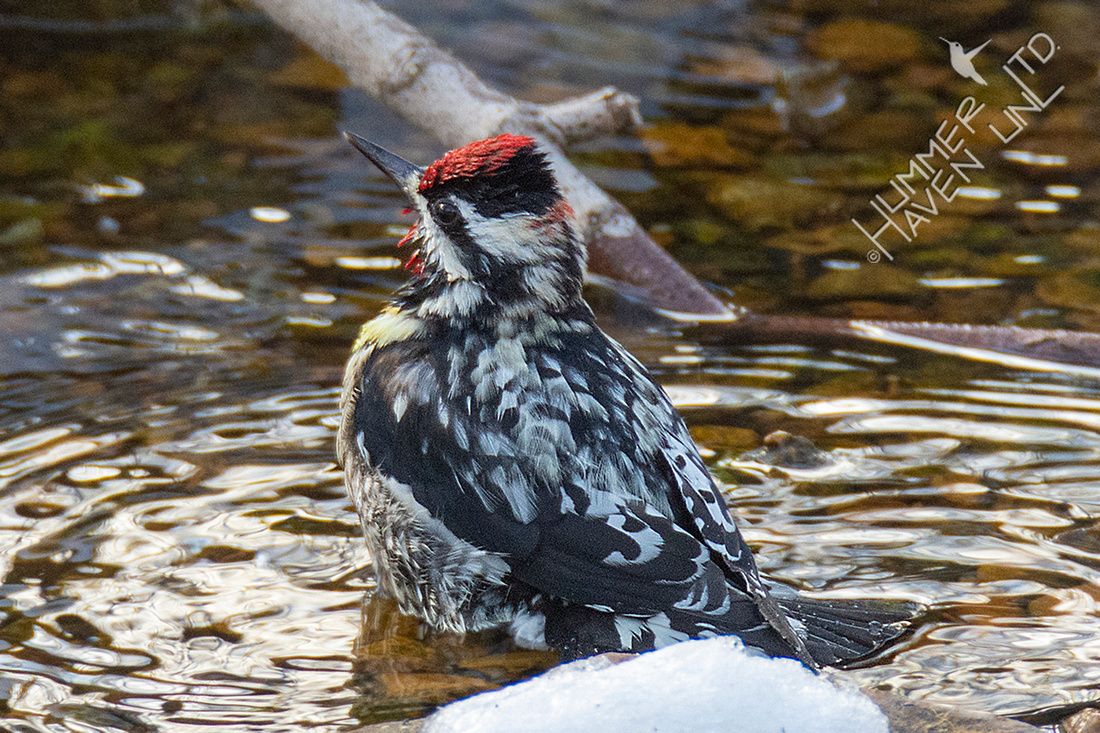 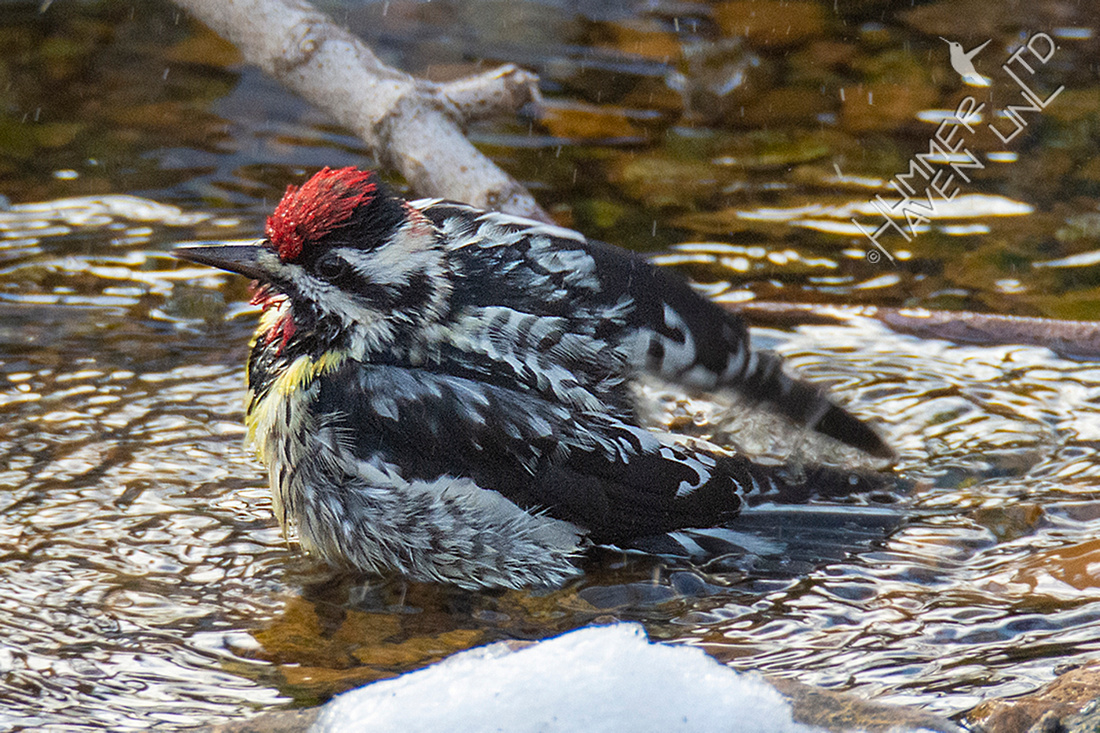 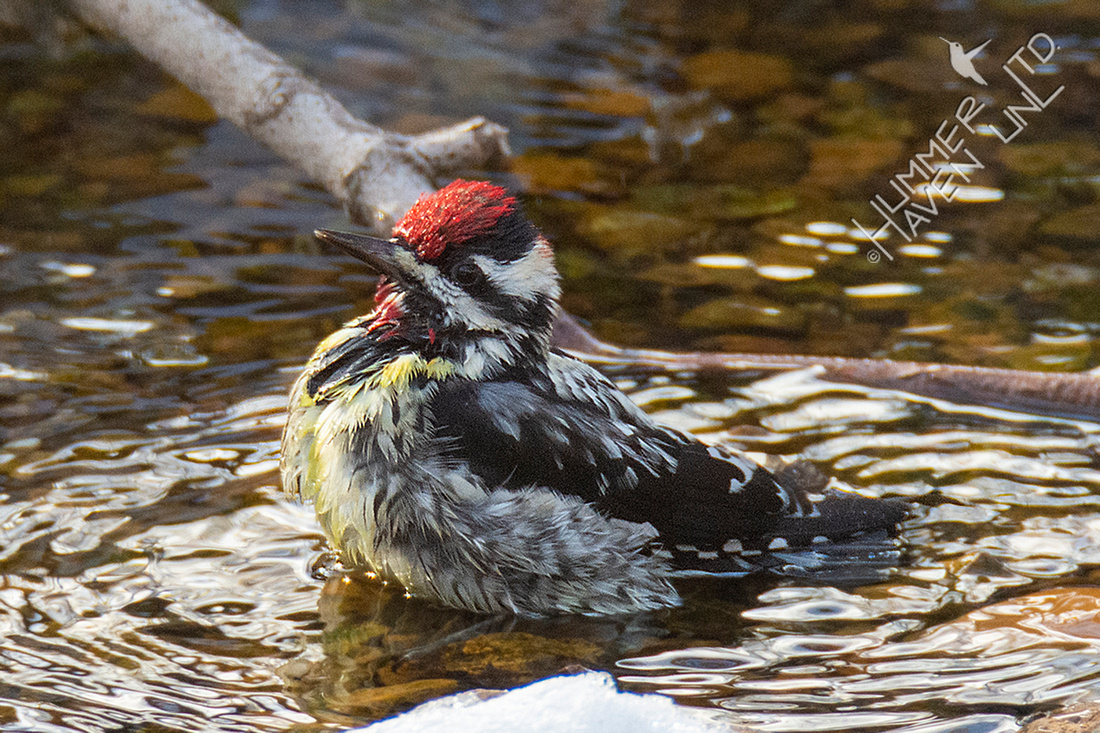 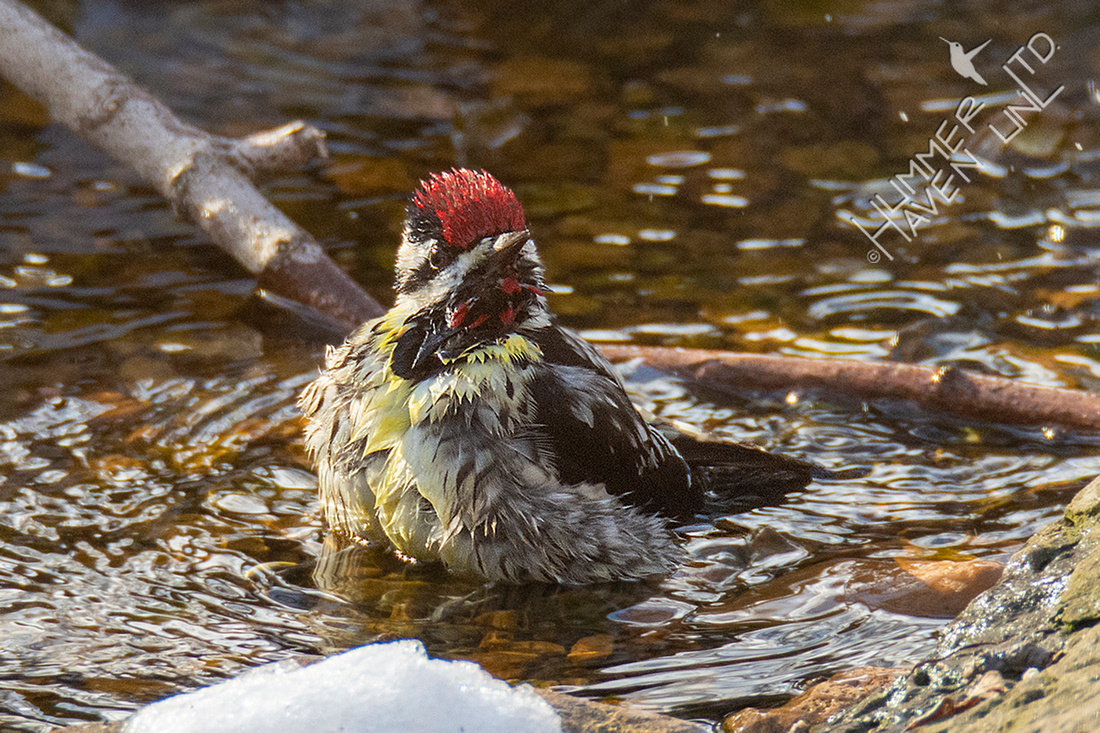 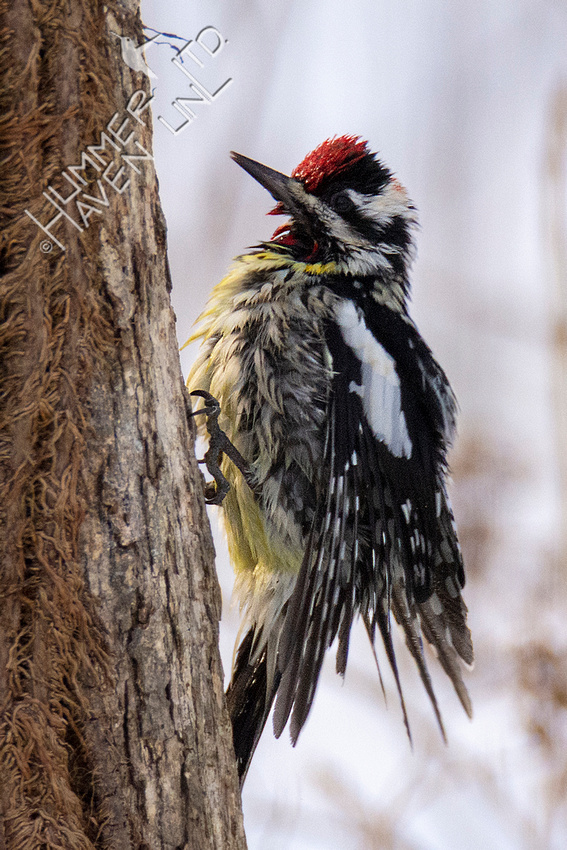 The bird was seen for about 3 minutes total, then it left along with the younger bird. Winds had picked up from the southwest and neither bird was seen again. About 11 a.m., I began my study of the photos and field guides. I double-checked The Status and Distribution of Birds in Missouri, by Mark B. Robbins. There were only two records of this hybrid in the state, and none of the pure Red-naped Sapsucker species. "Rara avis" indeed. I filled out an eBird checklist with the bird as a hybrid, but added that it may be a female Red-naped Sapsucker. I needed help, it would take experts to decide for certain. My part was to provide the photos to document this bird. 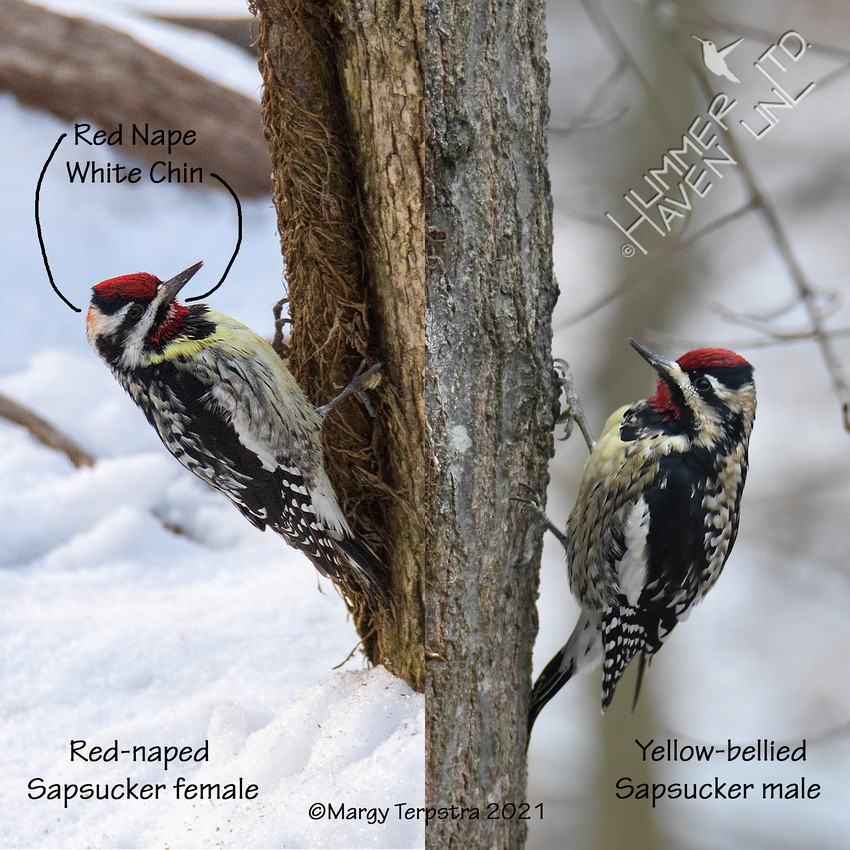 These tiny details may be enough to confirm a pure female Red-naped Sapsucker. After my eBird checklist and photos were flagged and reviewed, and emails exchanged, I was asked to document the sighting as exactly that. The MBRC (Missouri Bird Records Committee) will review it and share with experts on this species and sapsucker hybrids in other states. It may be a year or more before this sighting is confirmed and if it is, it would be a new pure species for Missouri. In any event, what a lovely bird it was! 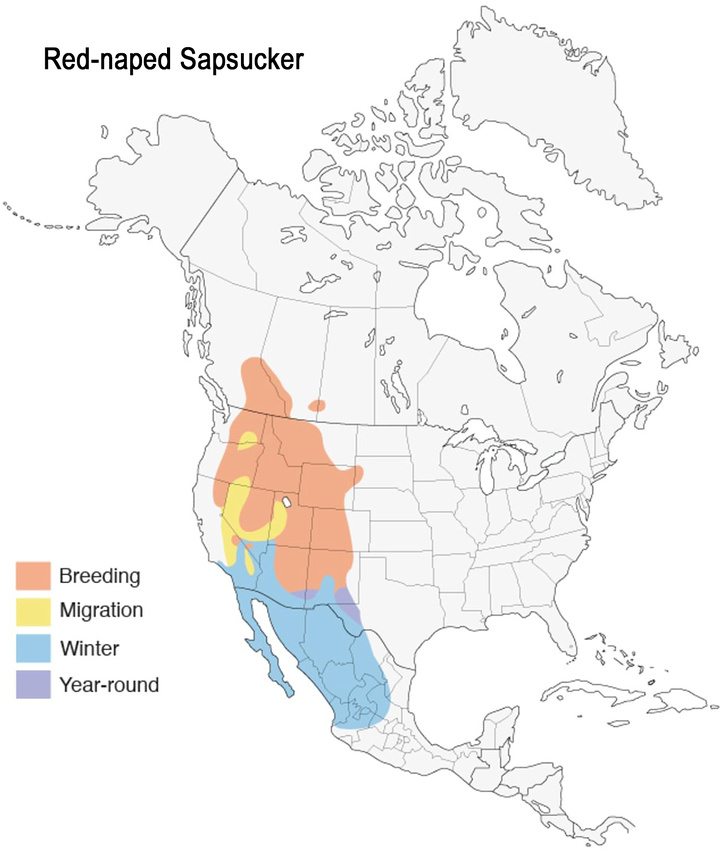 The Polar vortex that brought our winter storm and the storm in Texas must have some bearing on the bird's appearance here, pushed by winds from the Southwest. Look where it's supposed to be spending the winter! I am so grateful that it somehow found its way to our Shady Oaks Sanctuary.

Now for follow-up from the last blog post. Remember the grim tale of the Rusty Blackbird that took the American Goldfinch? We were cleaning the bubbler area a couple days later and I found the carcass of the goldfinch in the snow. The blackbirds did certainly finish what they took. Two or three Rusty Blackbirds may have survived thanks to the sacrifice of that goldfinch. Brutal conditions brought out that survival tactic, it has only been recorded in that species in extremely tough weather situations. 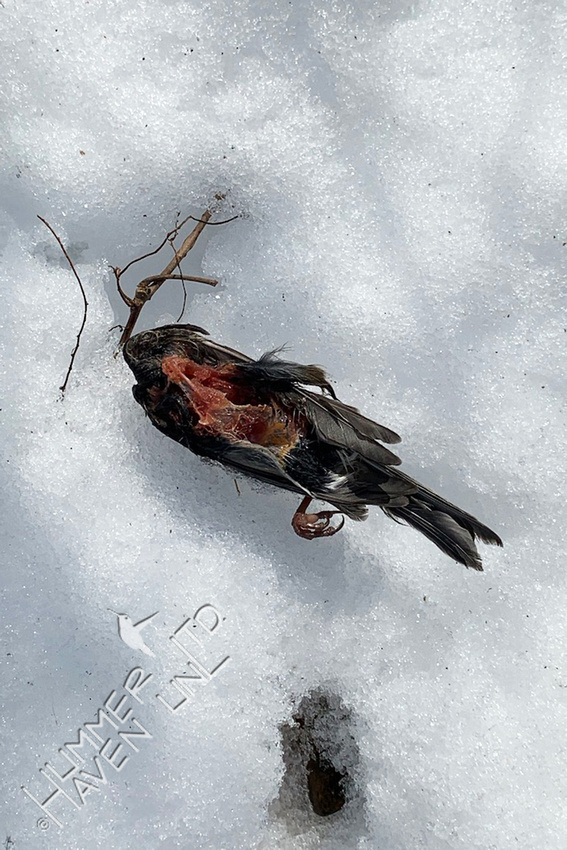 Now for all the photos since the last blog post:

Spring is surely on the way!

Barbara O'Brien(non-registered)
Marvelous, Margy....what you contribute to life is indescribable!! Thank you. Never do I hear a call or see a creature without thinking about you; what I would give to have a tiny bit of your knowledge. Just know you are revered and adored
No comments posted.
Loading...
Subscribe
RSS
Recent Posts
Summer Days now 6-24-22 Let's talk about warblers! 6-13-22 Migration wanes, into June now 6-4-22 More birds of May 5-17-22 First week of May, 5-8-22 Migrants are on the move! 4-30-22 Mid-April updates 4-17-22 Into April now 4-7-22 Signs of Spring 3-27-22 SPRING FORWARD! 3-13-22
Keywords
bubbler pond rusty blackbird mink fox Tanager bluebird basin warblers Purple Finch
Archive
January February March April May June July August September October November December
© Hummer Haven UnLtd.
Powered by ZENFOLIO User Agreement
Cancel
Continue