December has arrived with a high temperature near 66 degrees for the day. 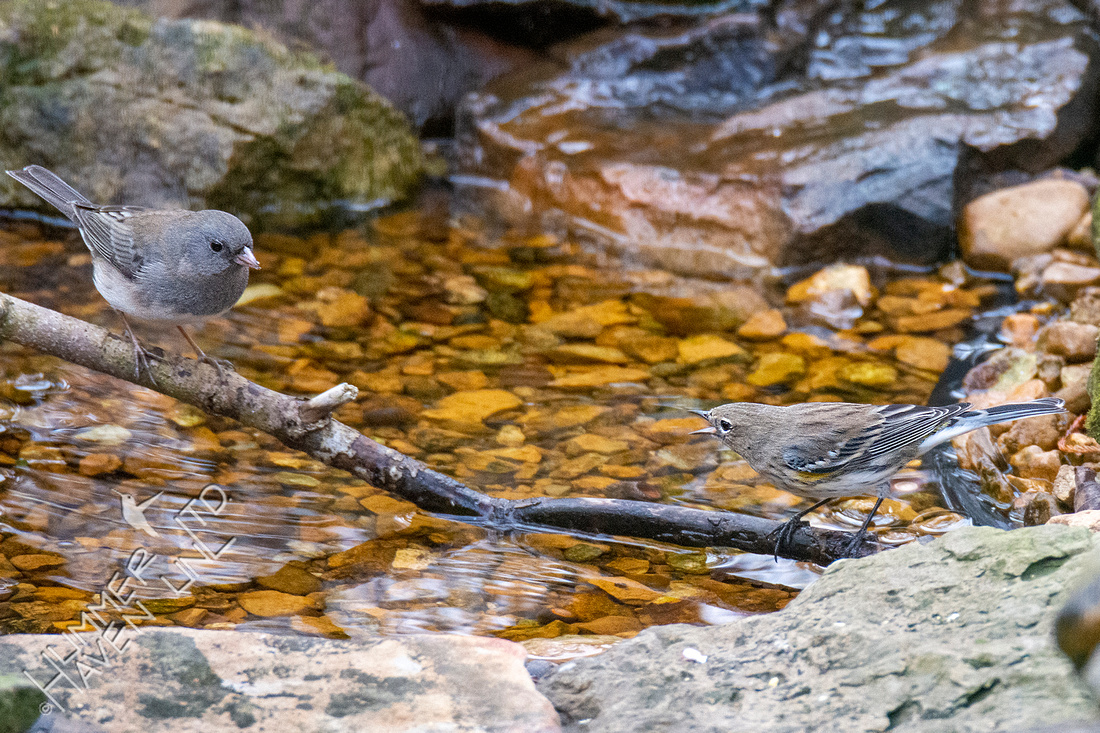 A Dark-eyed Junco was told off by a female Yellow-rumped Warbler. Now, there's plenty of room, but some must make their case. 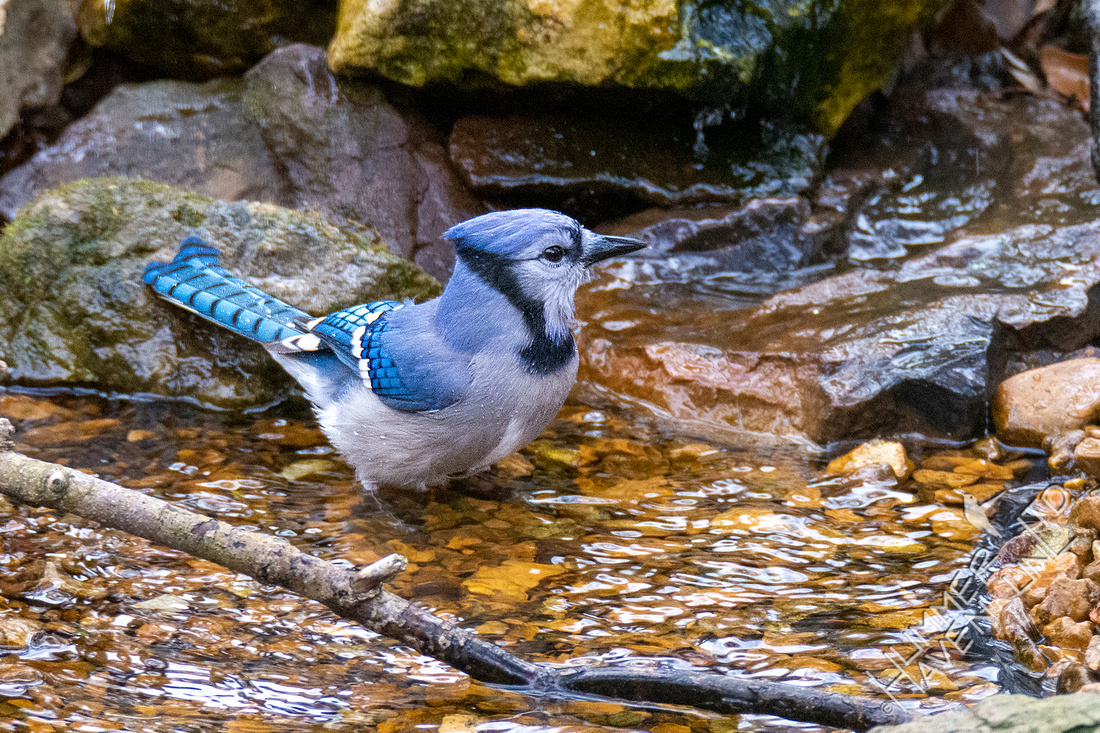 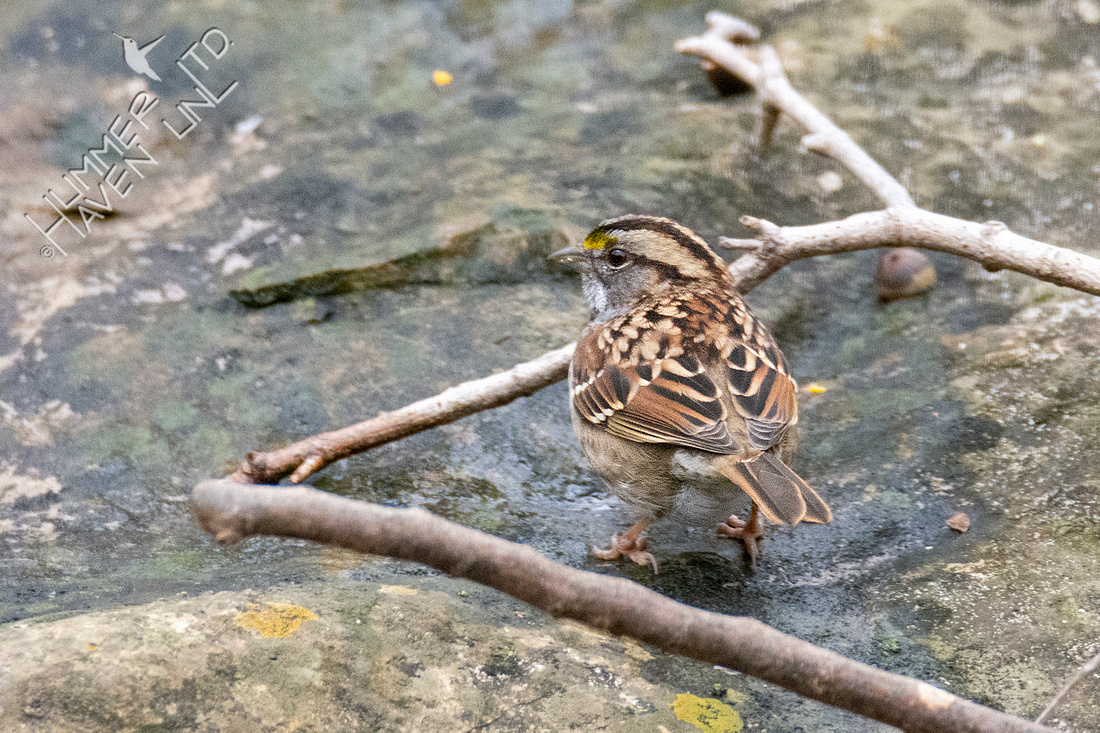 A Blue Jay squawks up a fuss when it comes in, as if to say, "Make way!" The White-throated Sparrow is a bit more shy. 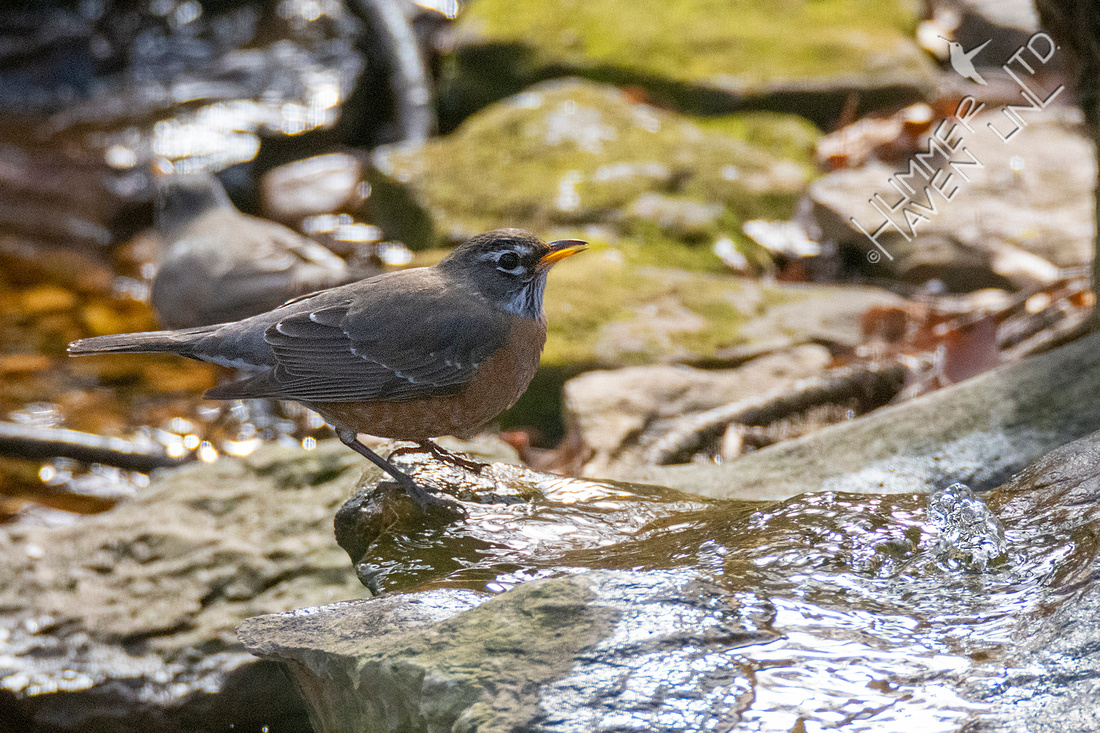 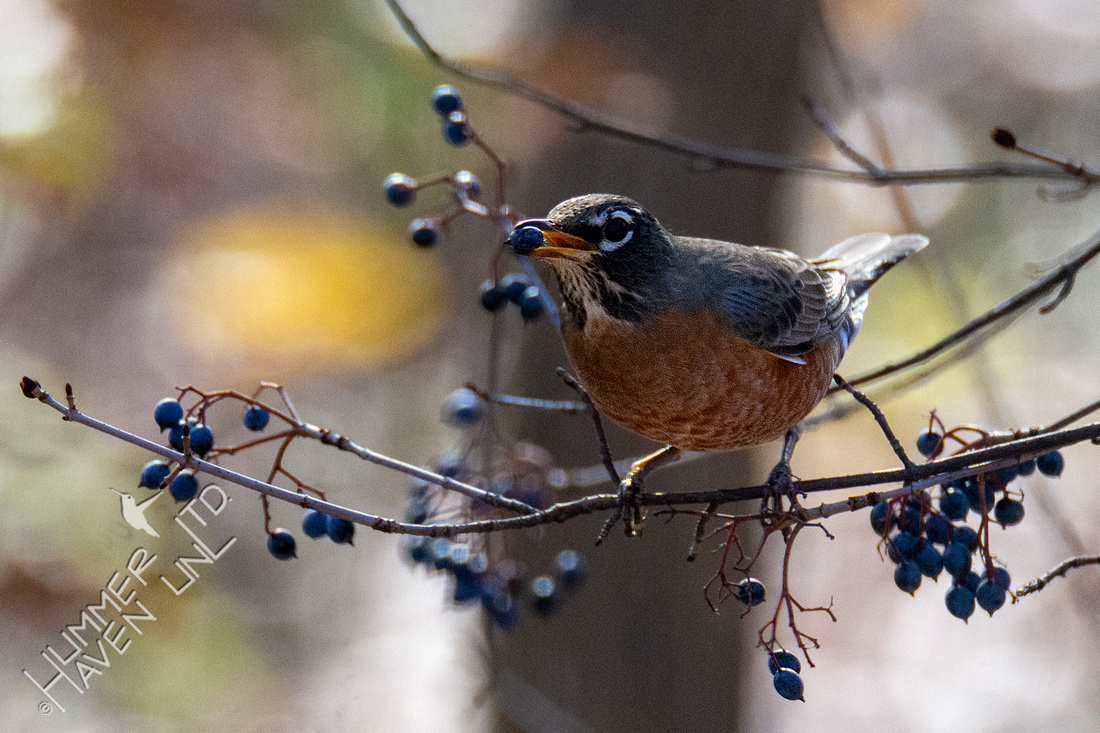 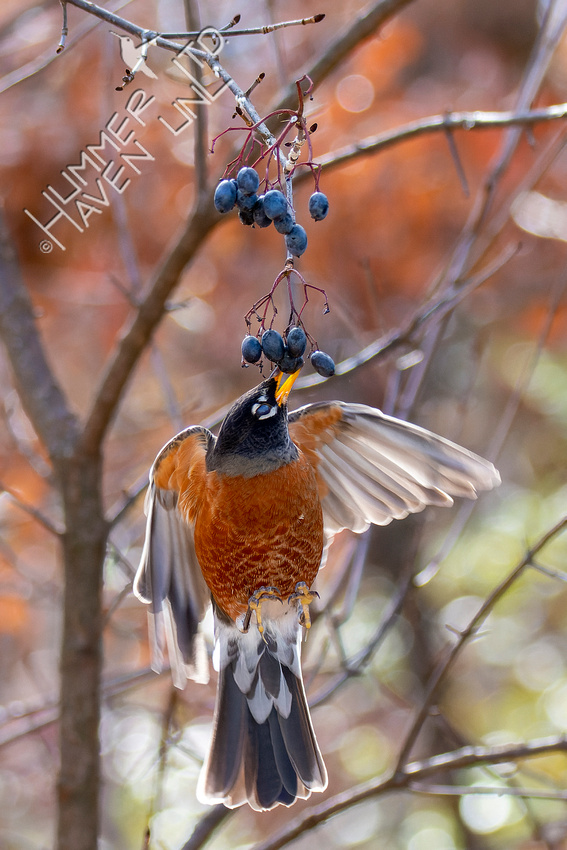 Another large flock of American Robins came in about 11:00 on Saturday, 11-27-21, and activity was non-stop until nearly sunset. That last robin has its third eyelid closed for protection. 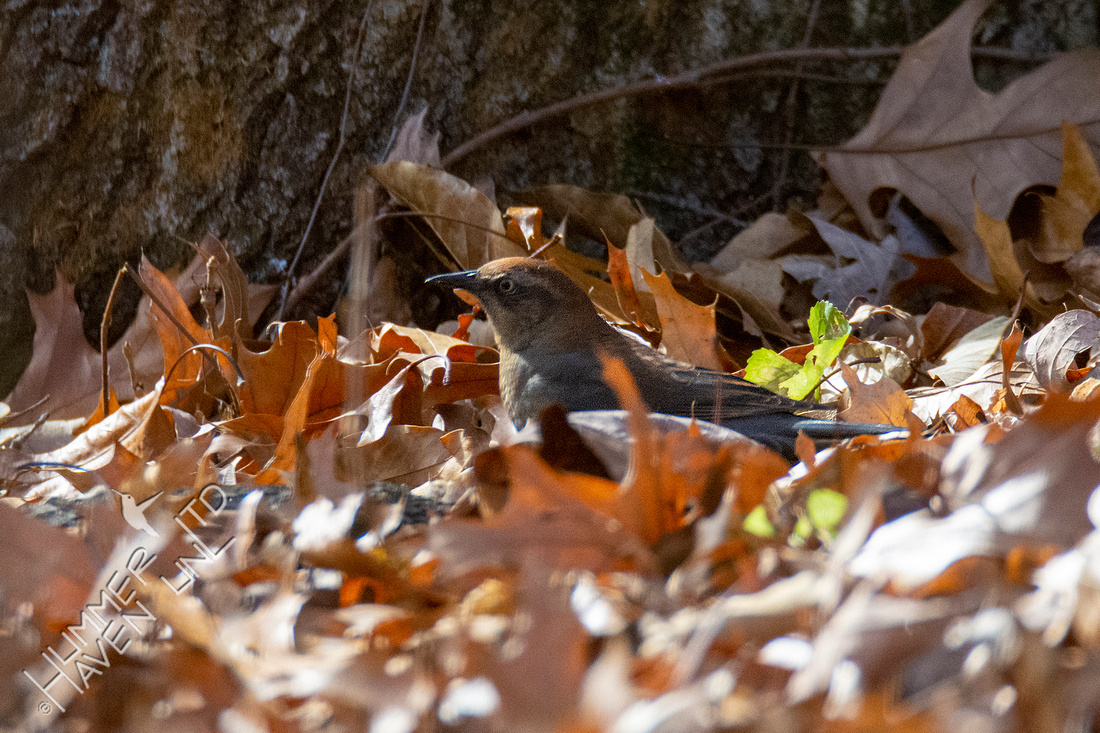 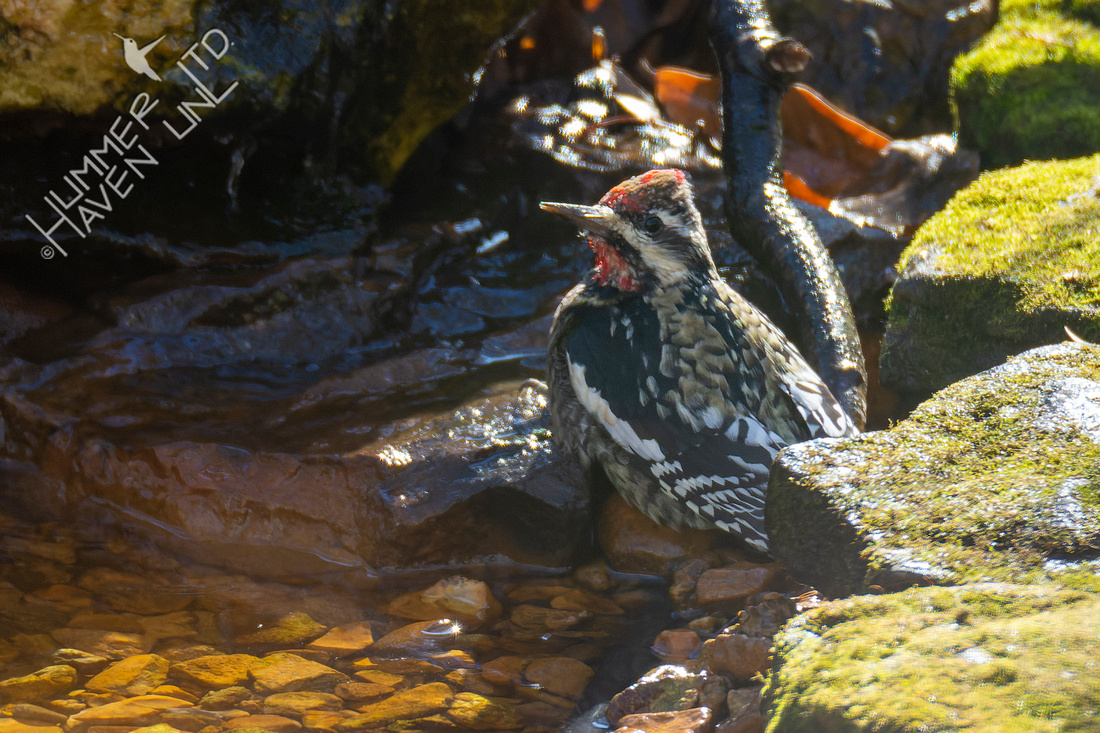 With the robins were some new arrivals. At least six Rusty Blackbirds were in the mix, foraging in the leaves. The first Yellow-bellied Sapsucker dropped in, too. This young male didn't hesitate in getting right to the water. Wonder how long it had been since it had a drink? 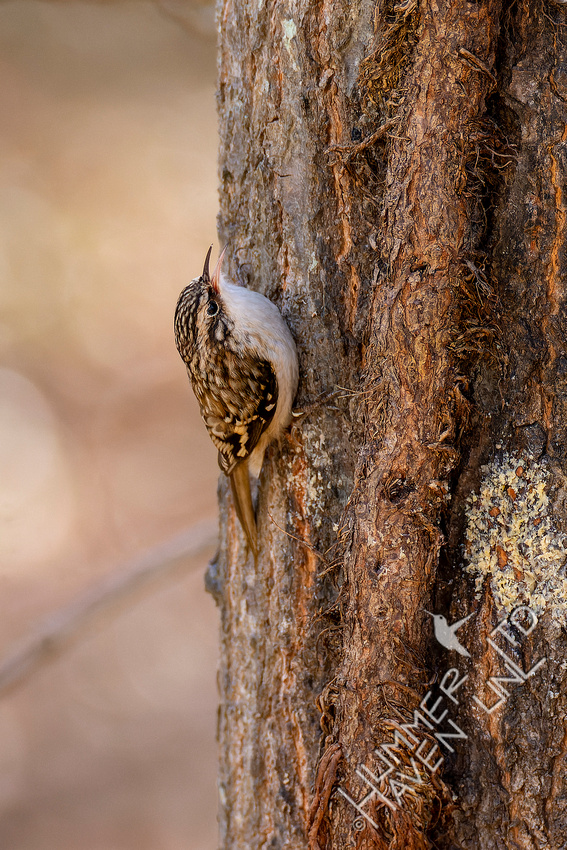 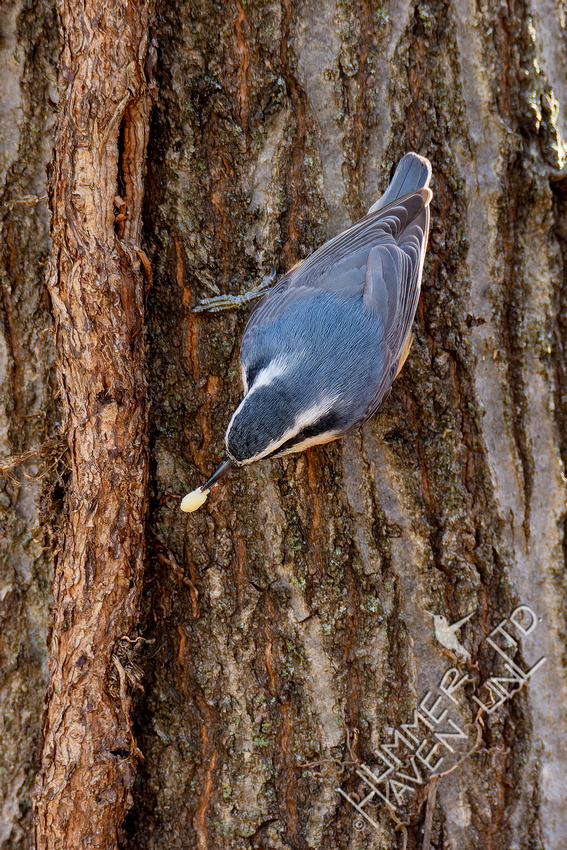 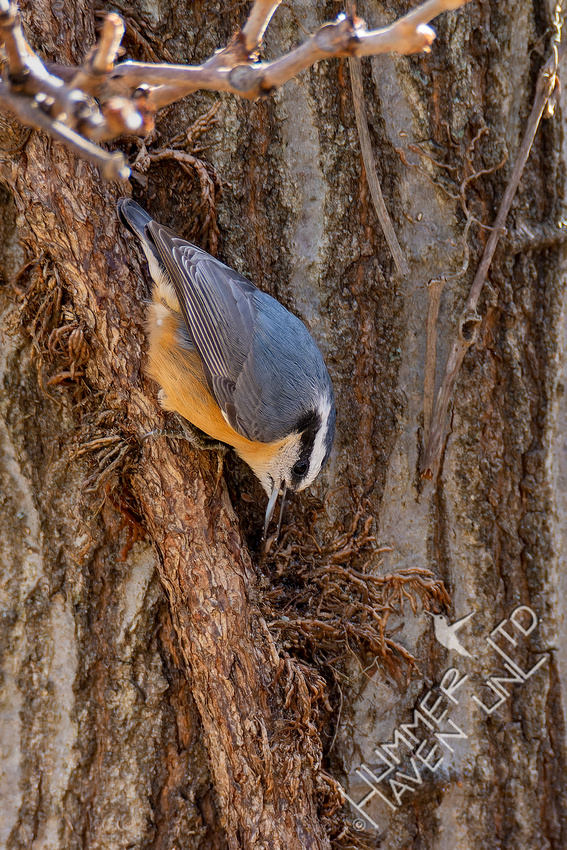 Two Brown Creepers and Red-breasted Nuthatches continue to be seen every day. The nuthatches follow their usual pattern shown by this female: grab a peanut, find a spot and cache it away for that cold day that's surely on the way. 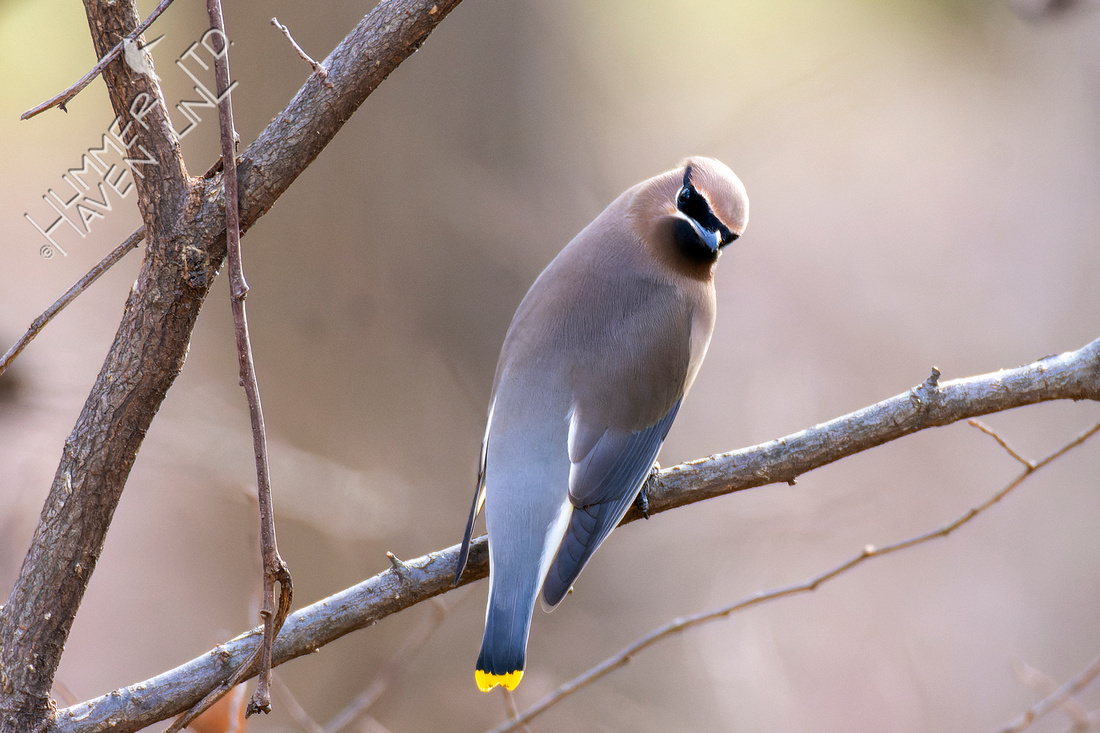 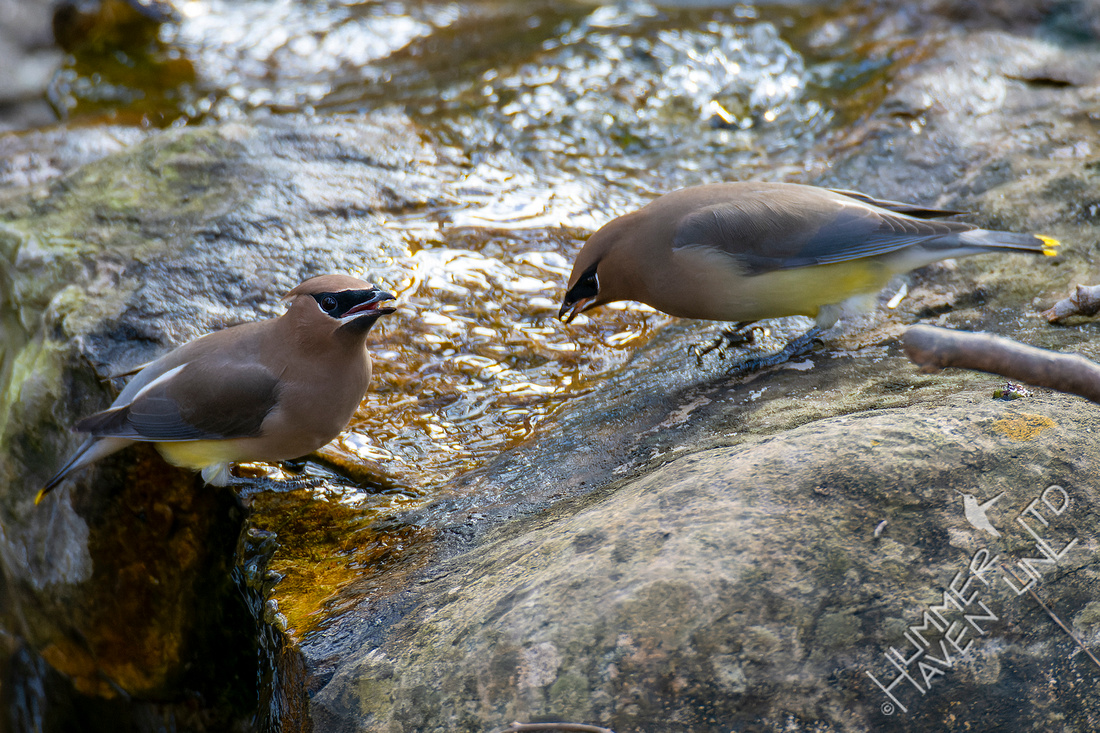 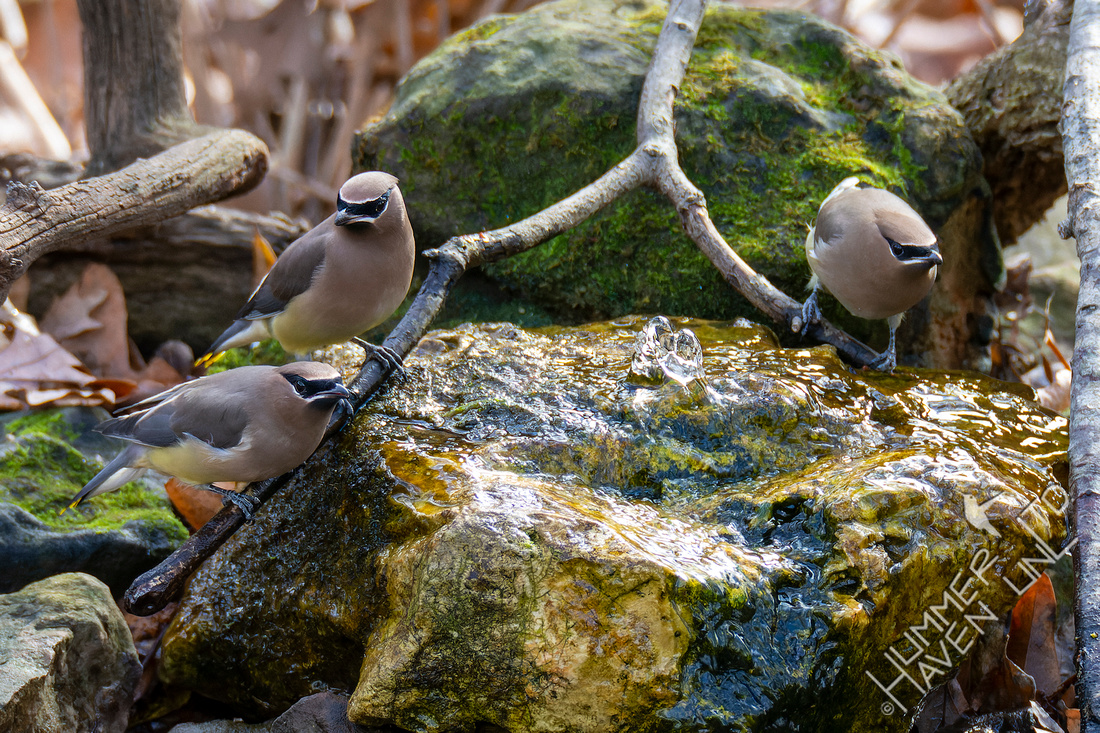 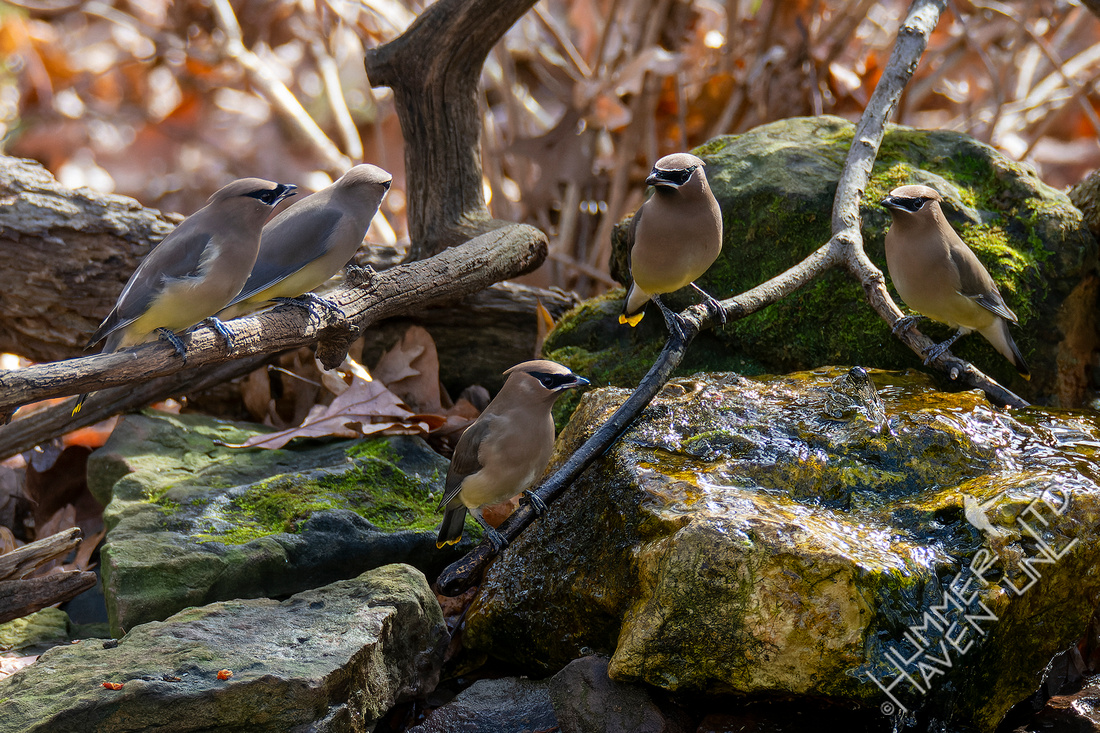 The Cedar Waxwings have come down from the canopy several days, and they're a personal favorite.Their high pitched, "zee-zee-zee" call alerts me to their presence. 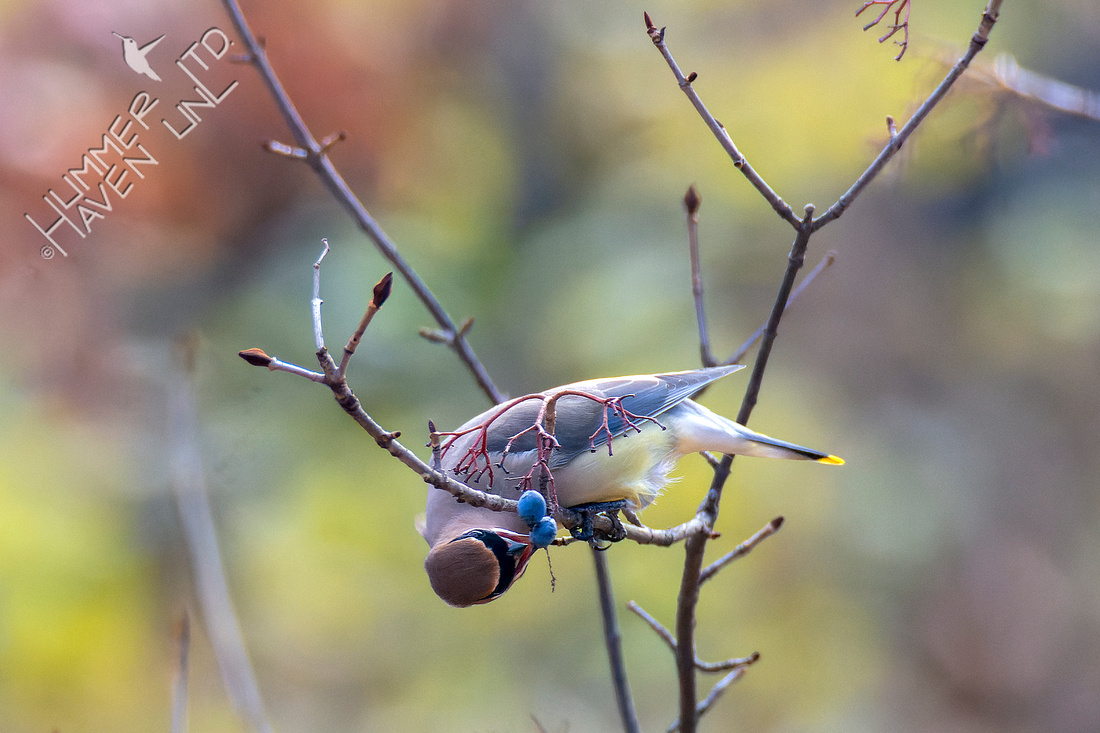 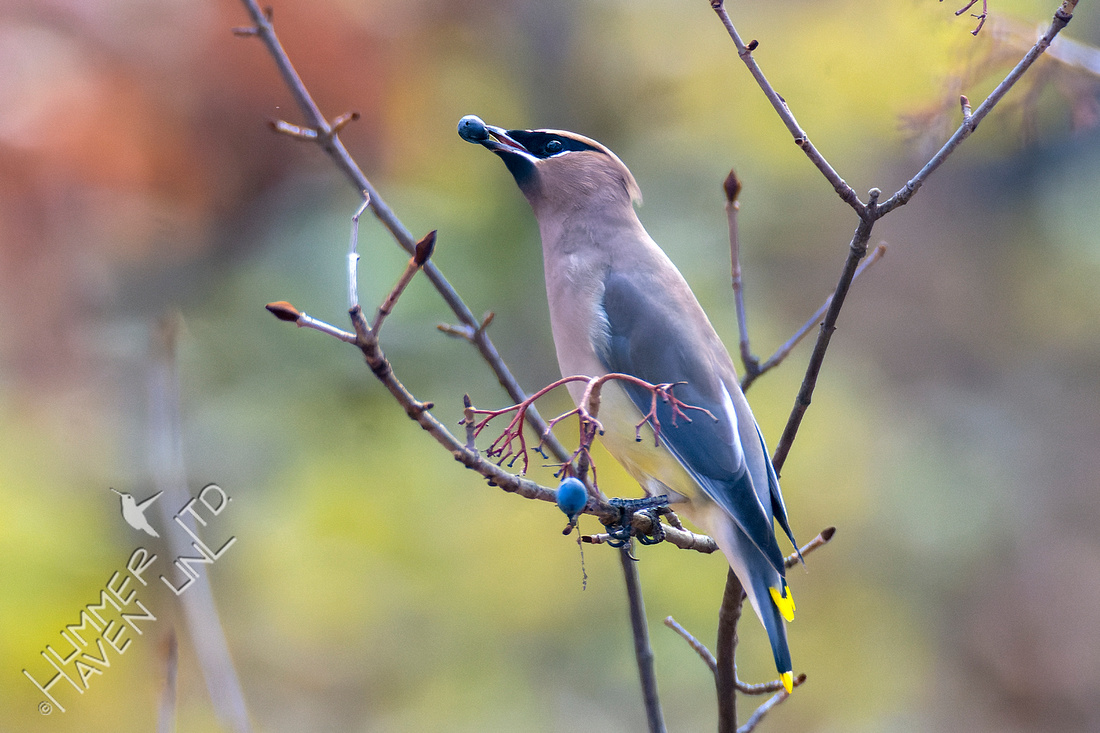 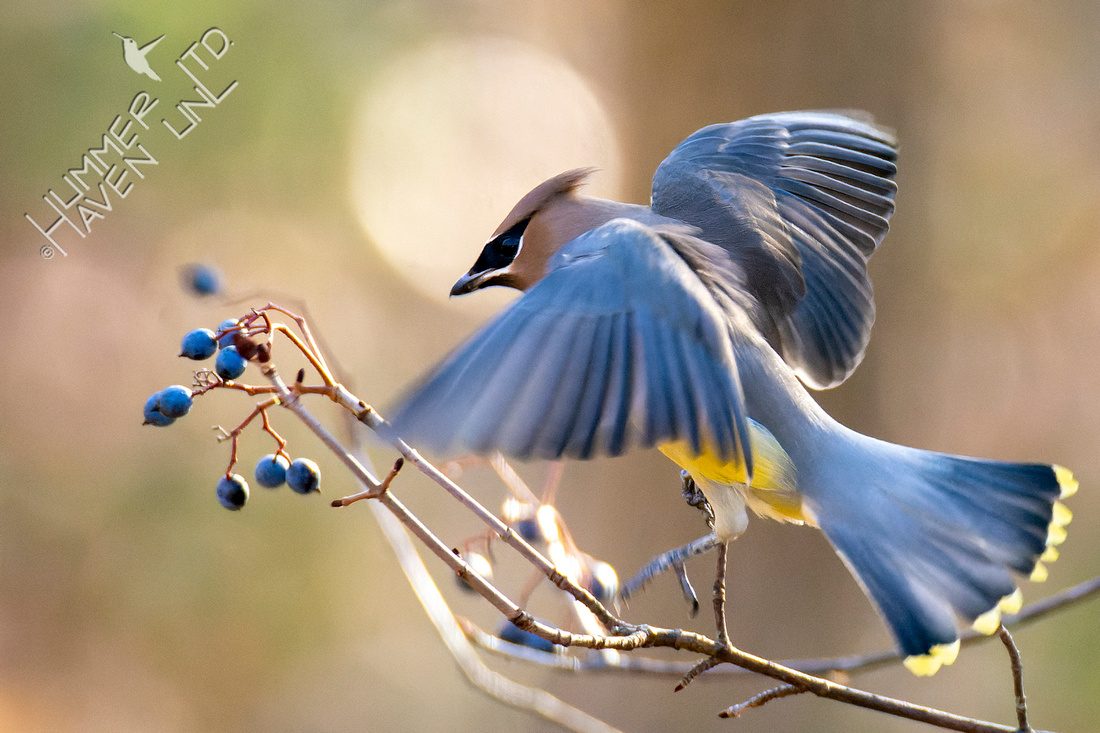 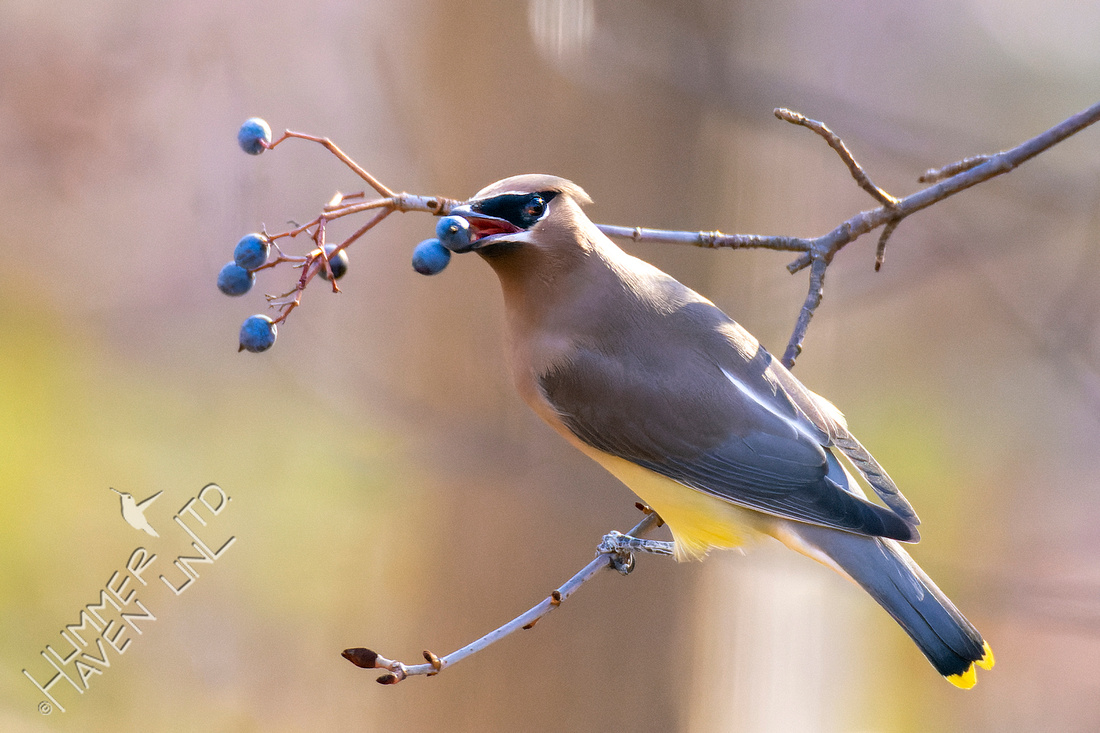 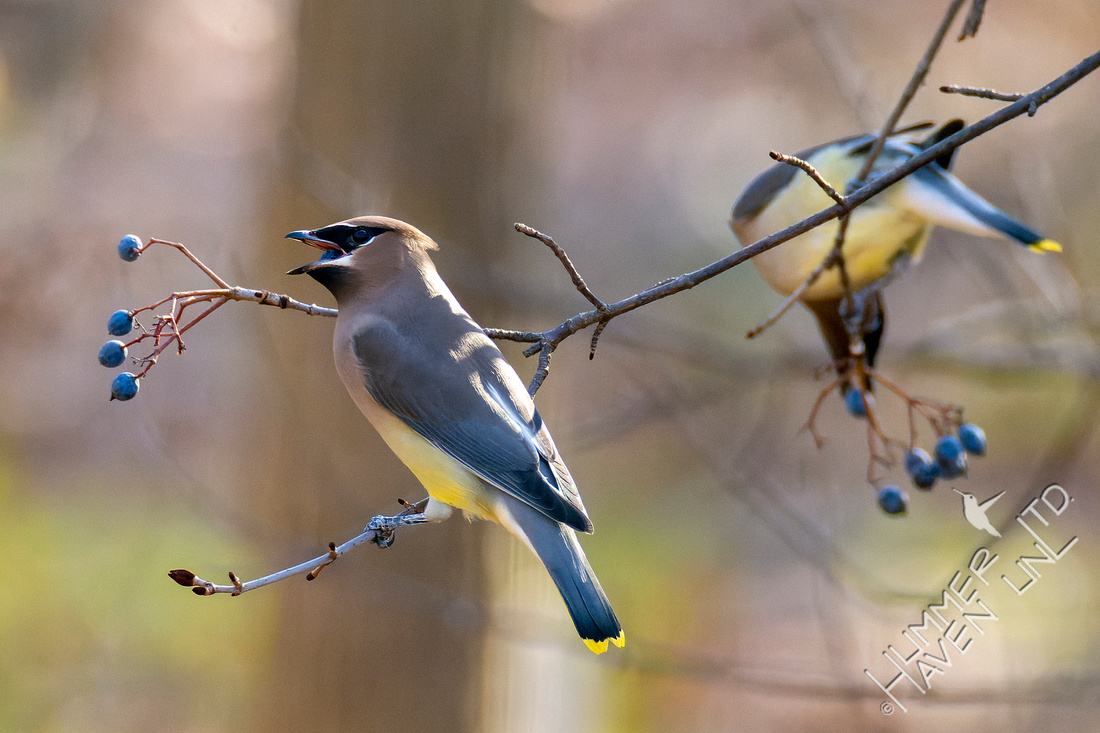 Like the robins and bluebirds, the Cedar Waxwings love the fruit of the Blackhaw (Viburnum prunifolium), which has much more nutrition for them than the invasive bush honeysuckle berries. We've planted more of these shrubs, they are a surefire way to help the birds! What fun it is to watch them devouring the drupes. 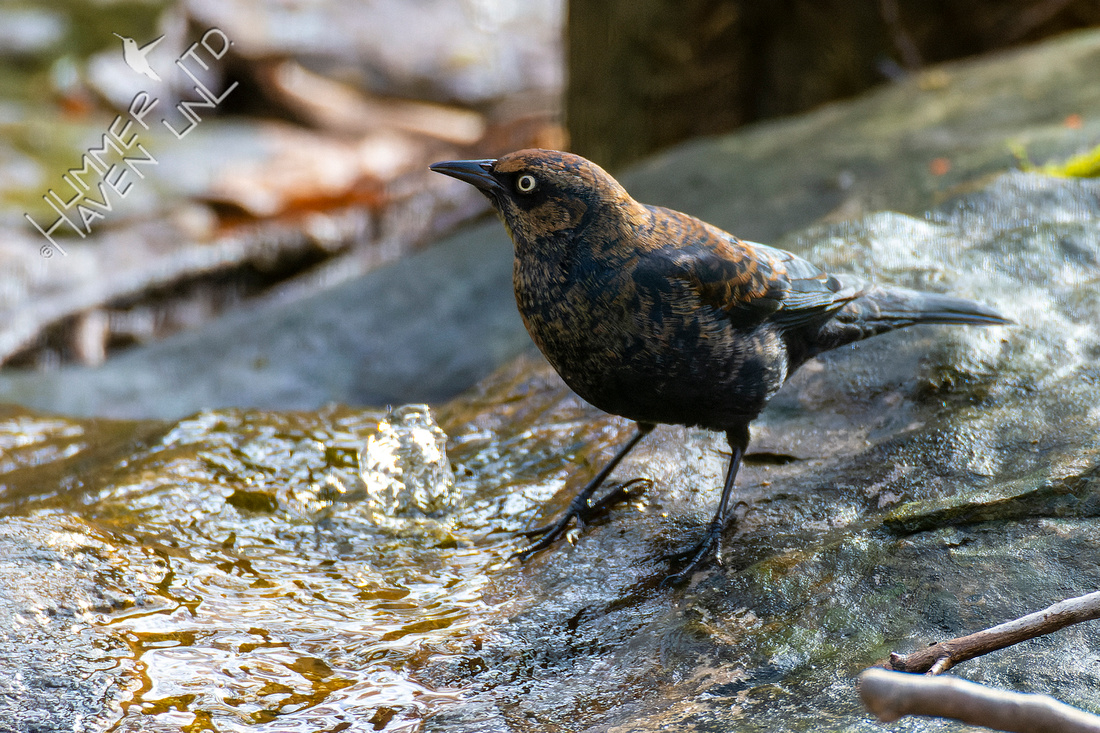 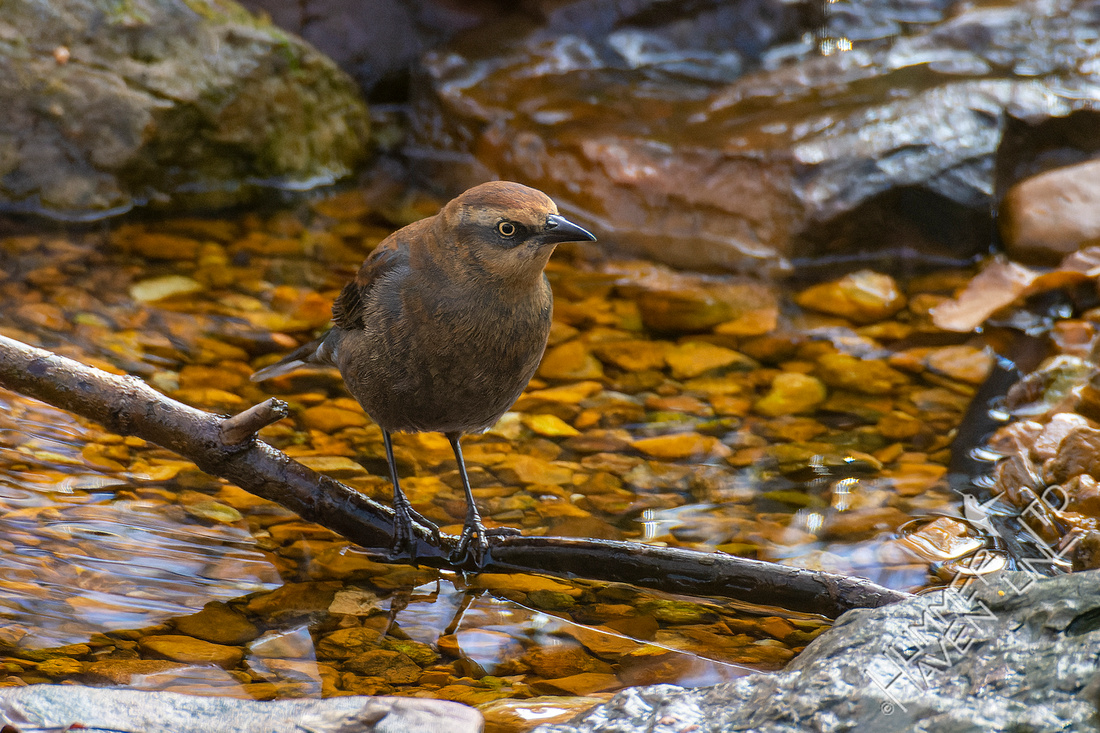 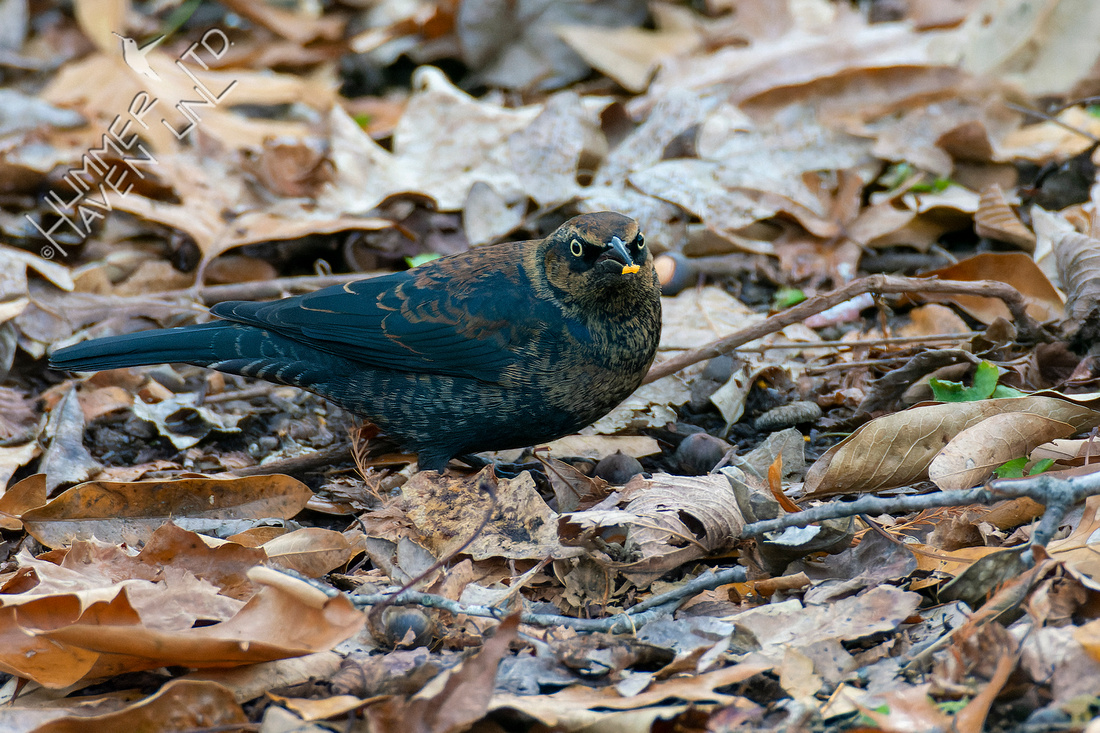 Rusty Blackbirds look for insects in the fallen leaves and also have been eating the flesh of the abundant acorns this year. 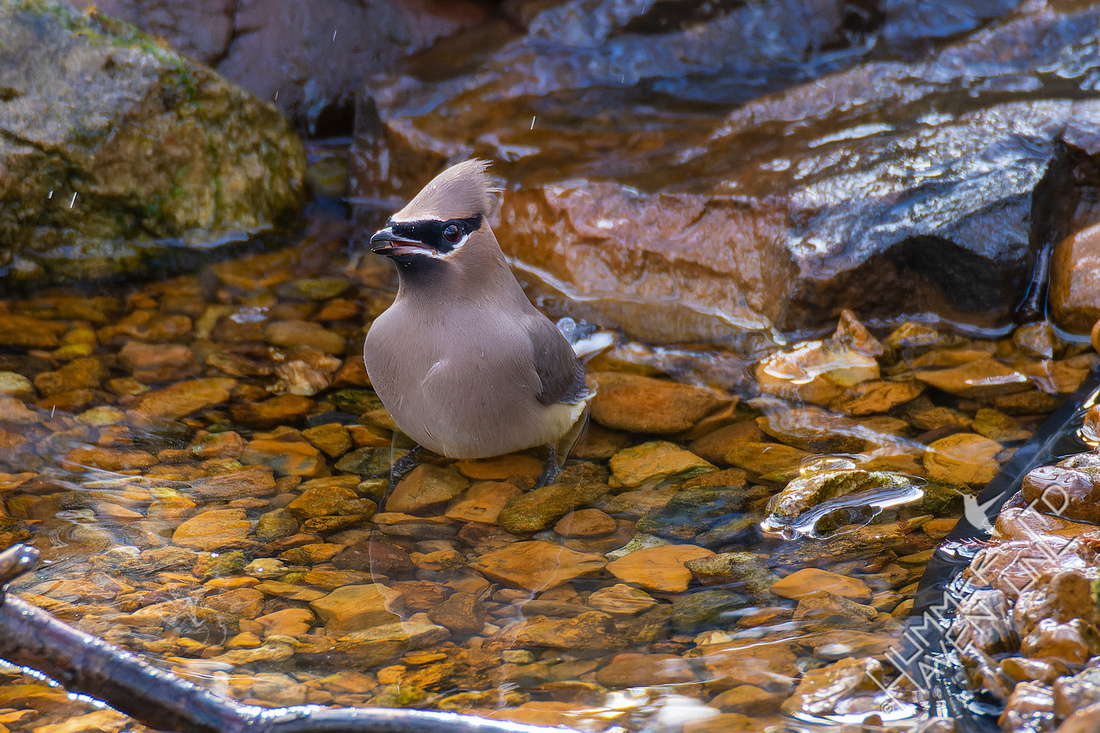 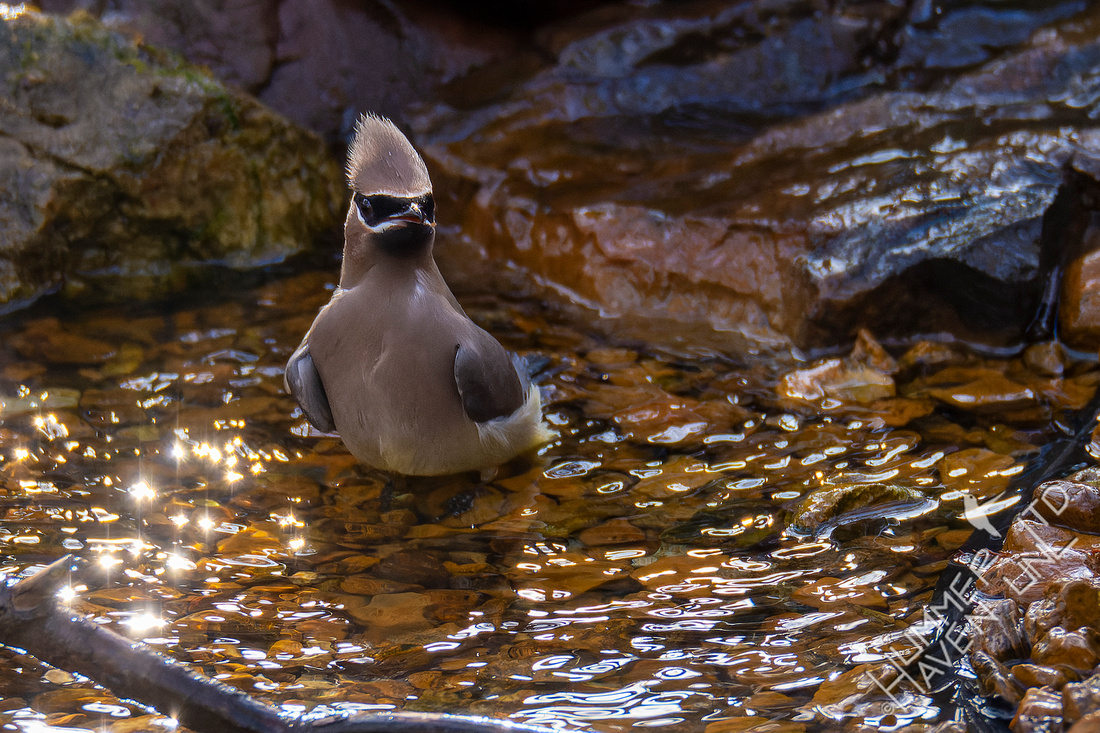 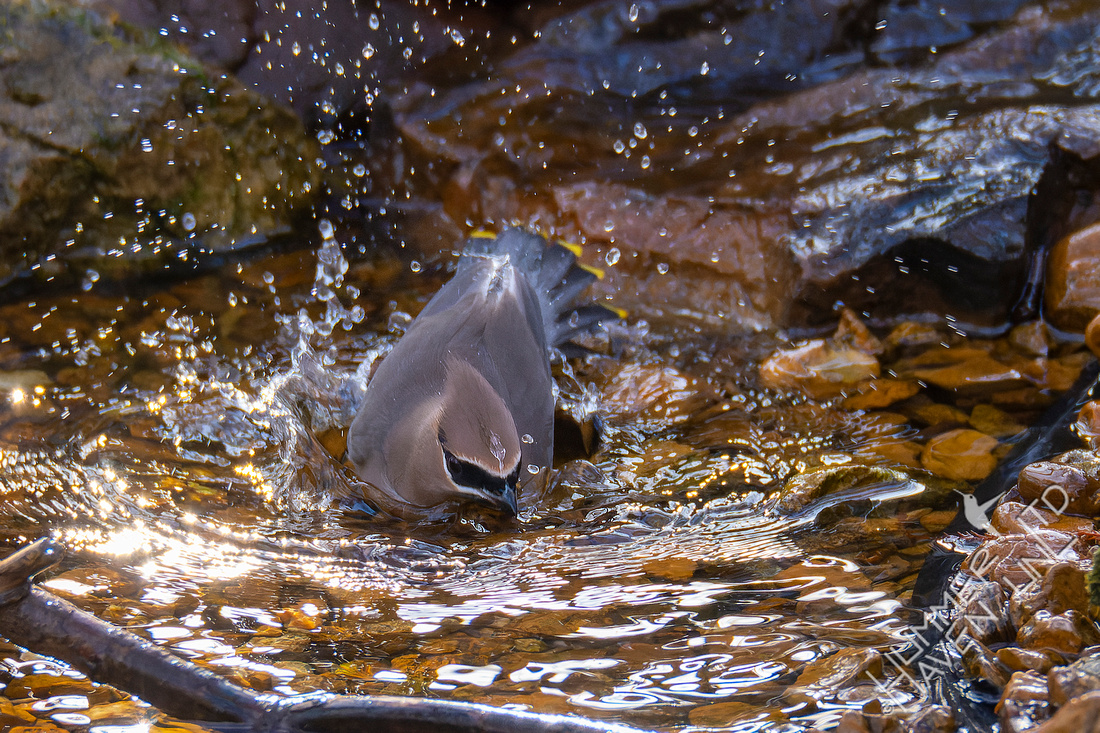 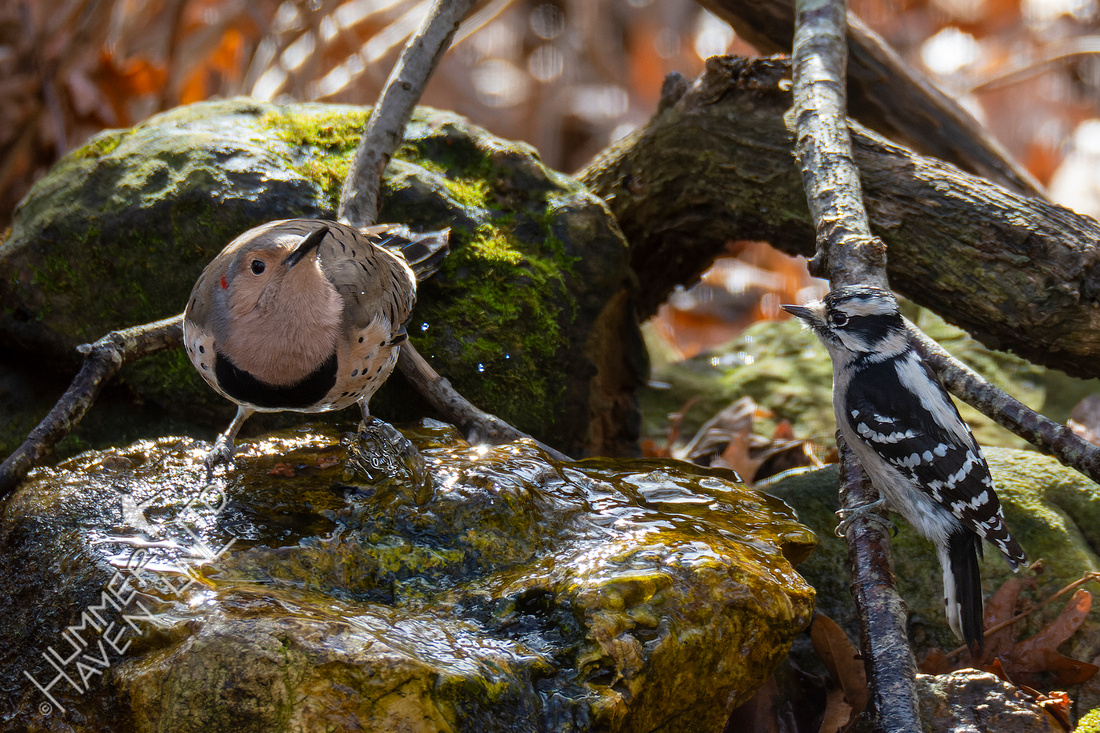 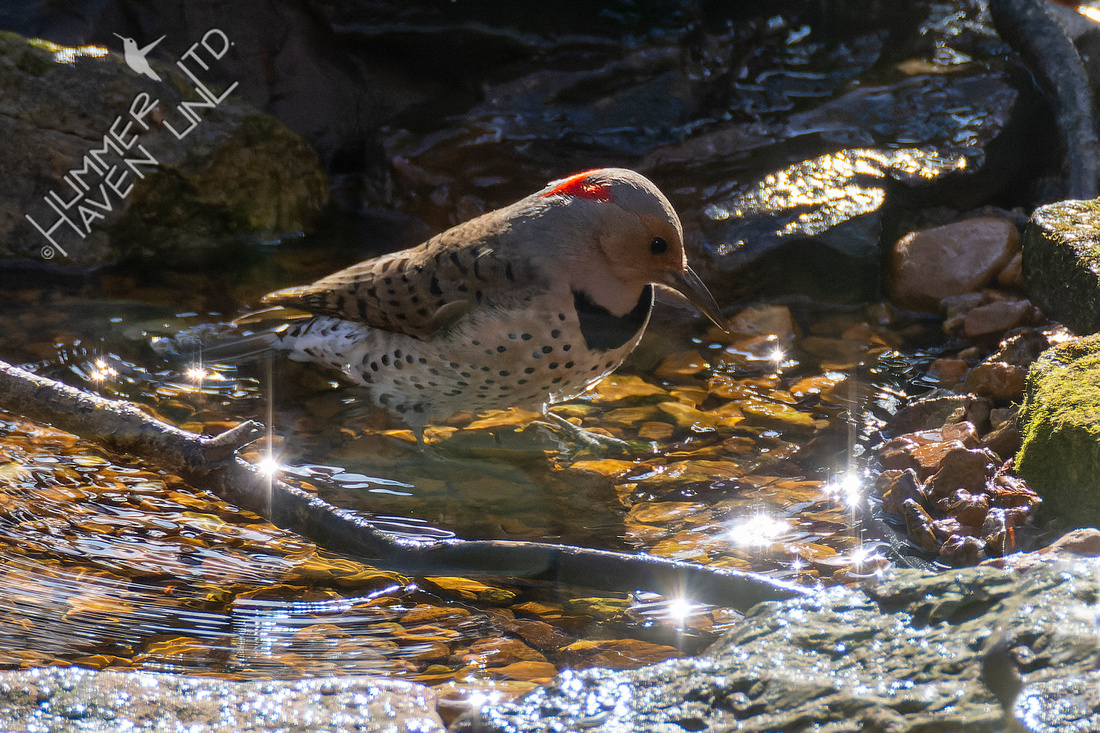 The Northern Flickers and Downy Woodpeckers are often at the Bubbler. The Downy waits its turn. What is the draw? Could it be that those sparkling sunbeams cast a mesmerizing spell? 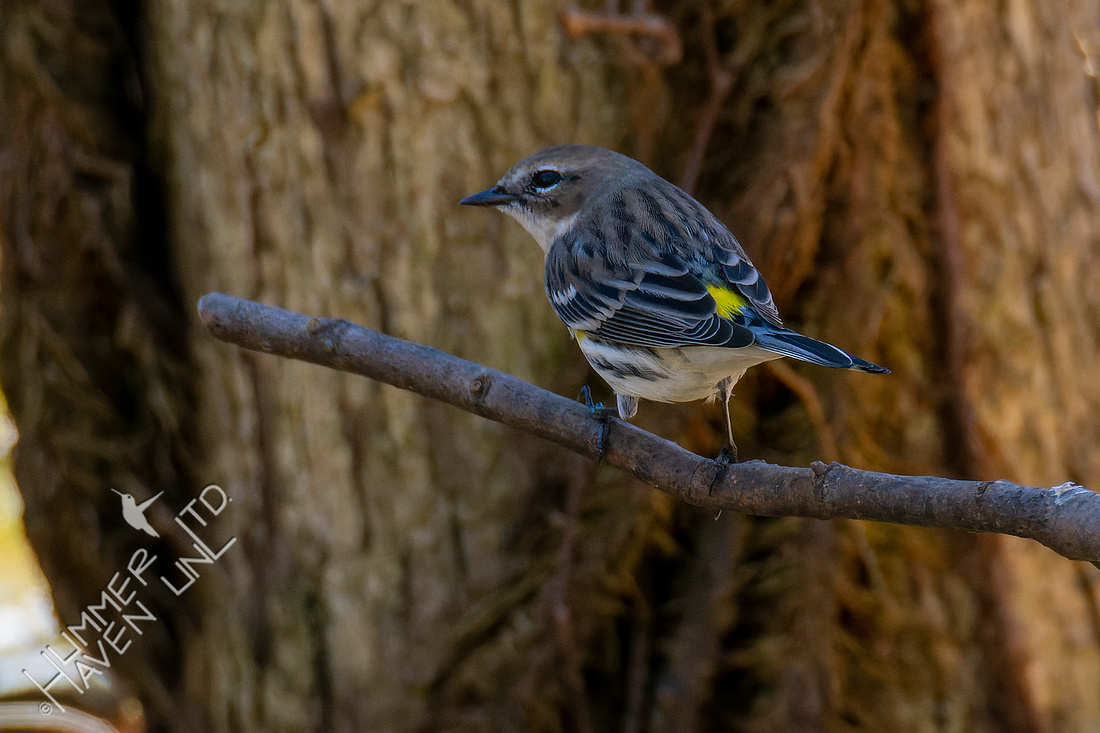 Today, a male Yellow-rumped Warbler was mid-canopy, foraging in the oaks. It flew in closer and investigated the area. Each day has been different, with as many as 27 species. Feeders are stocked and fresh water is available for the birds.