Winter arrives on 12-21-21 with the shortest day and longest night of the year!

We're seeing a lot more activity on colder days now. Birds come in for water, to drink up and to bathe in. We've sure seen an interesting mix of species at times! 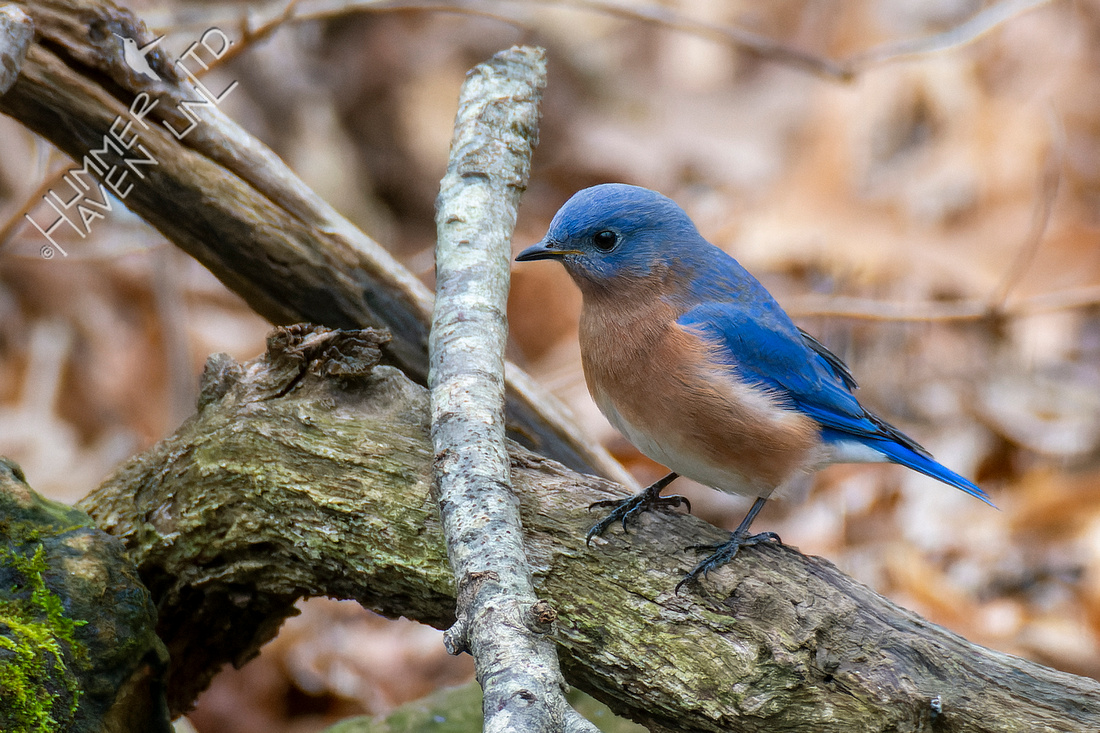 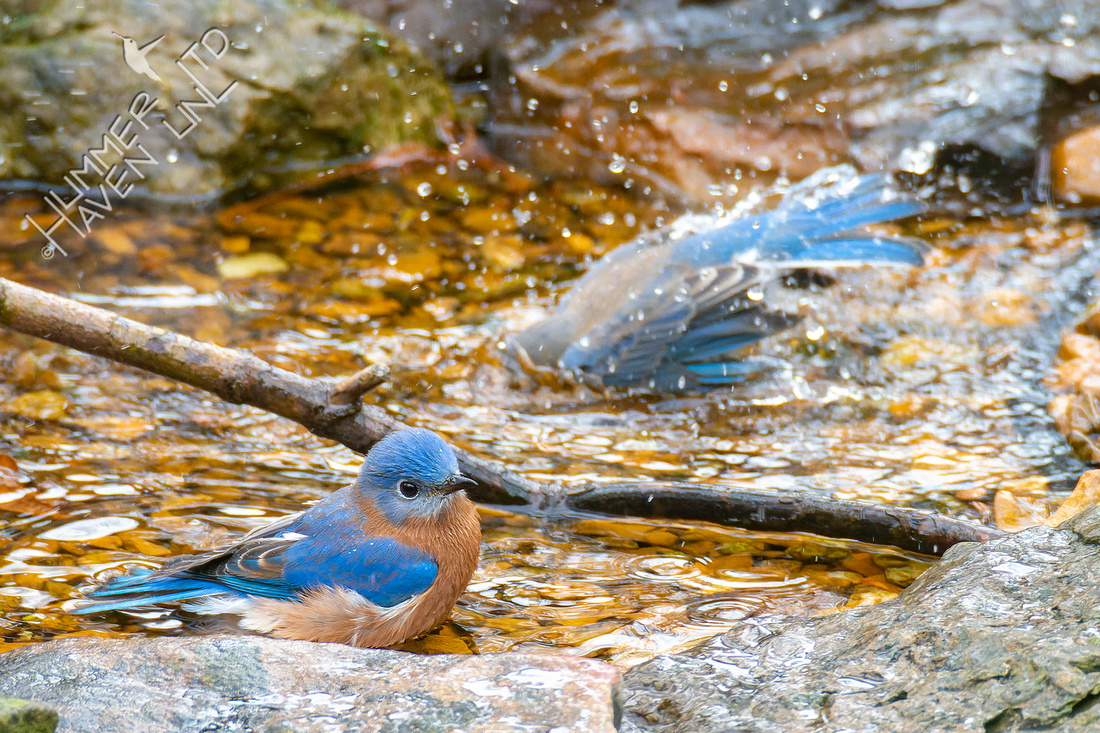 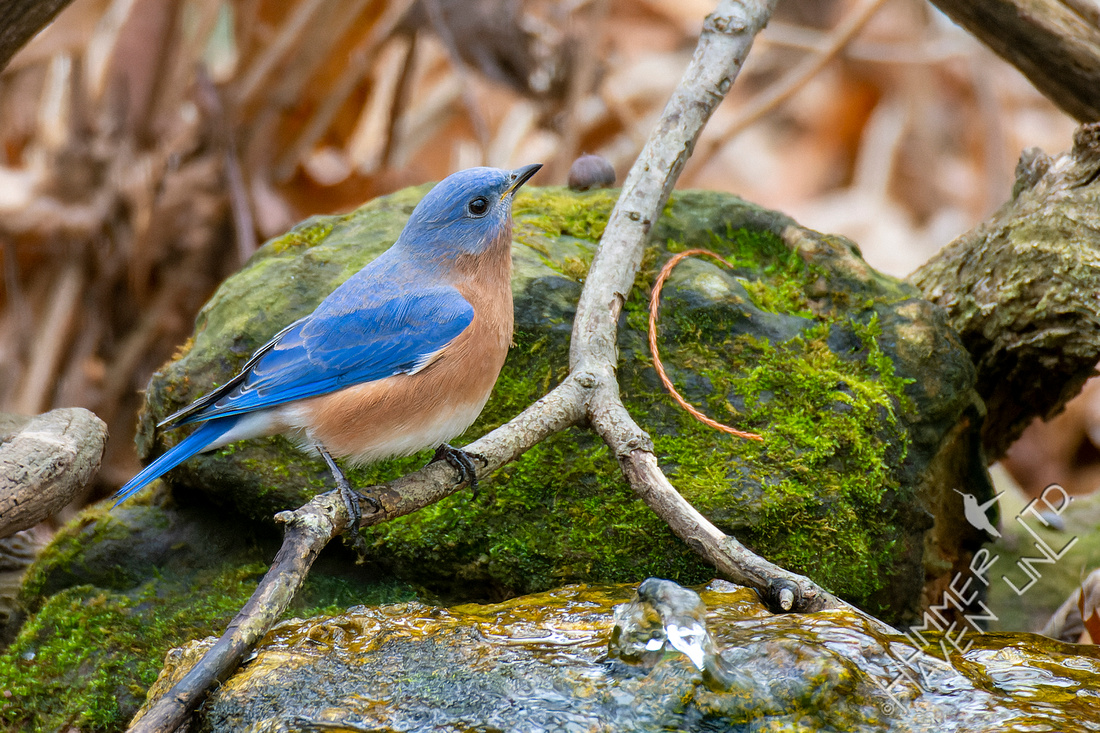 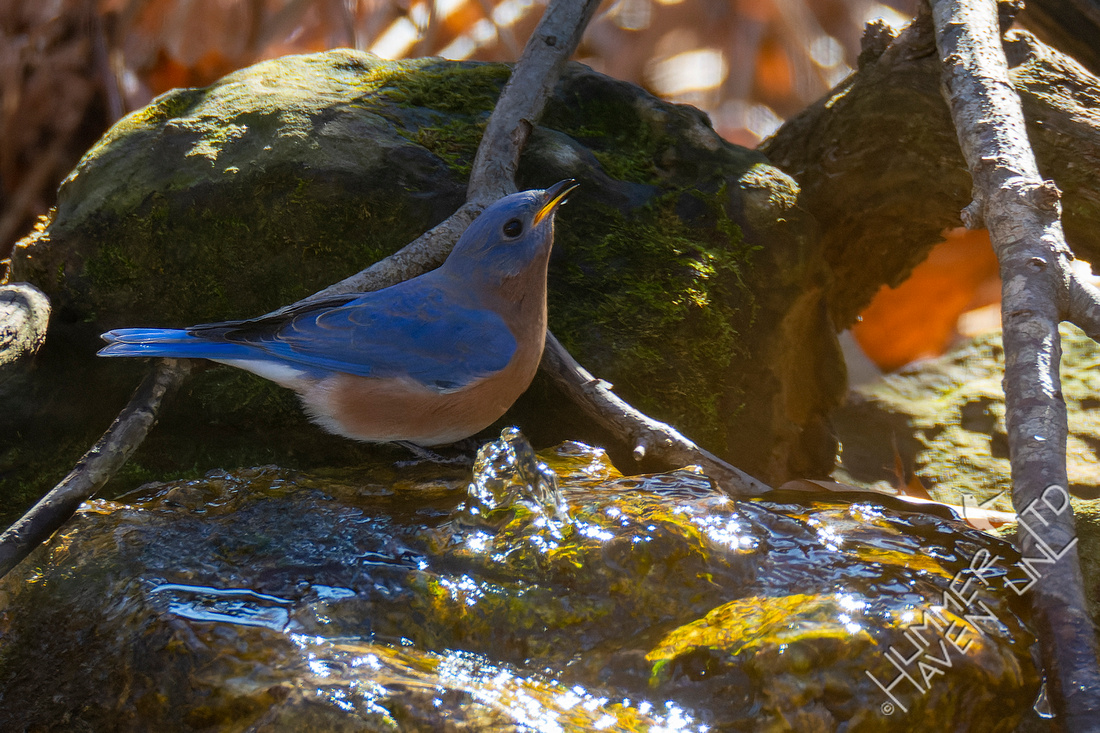 Eastern Bluebirds are welcome any time. Sometimes, it's just a pair, sometimes 4-6, and it may be mid-day or late afternoon. They even like to bathe in the rain. 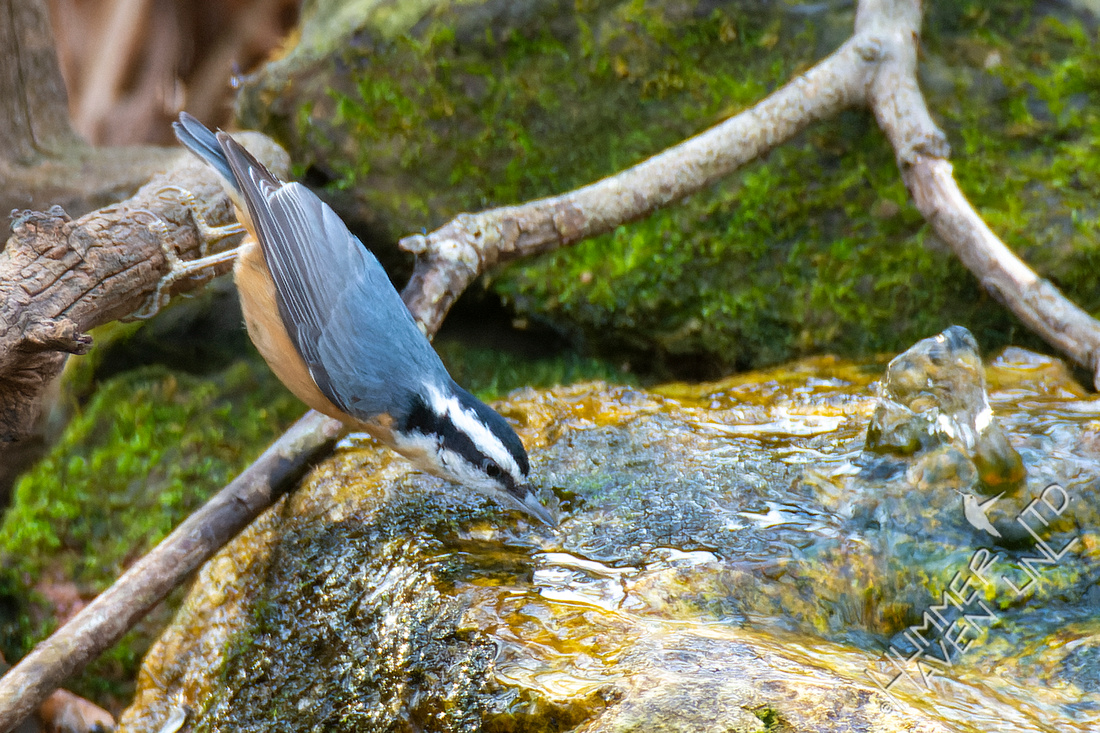 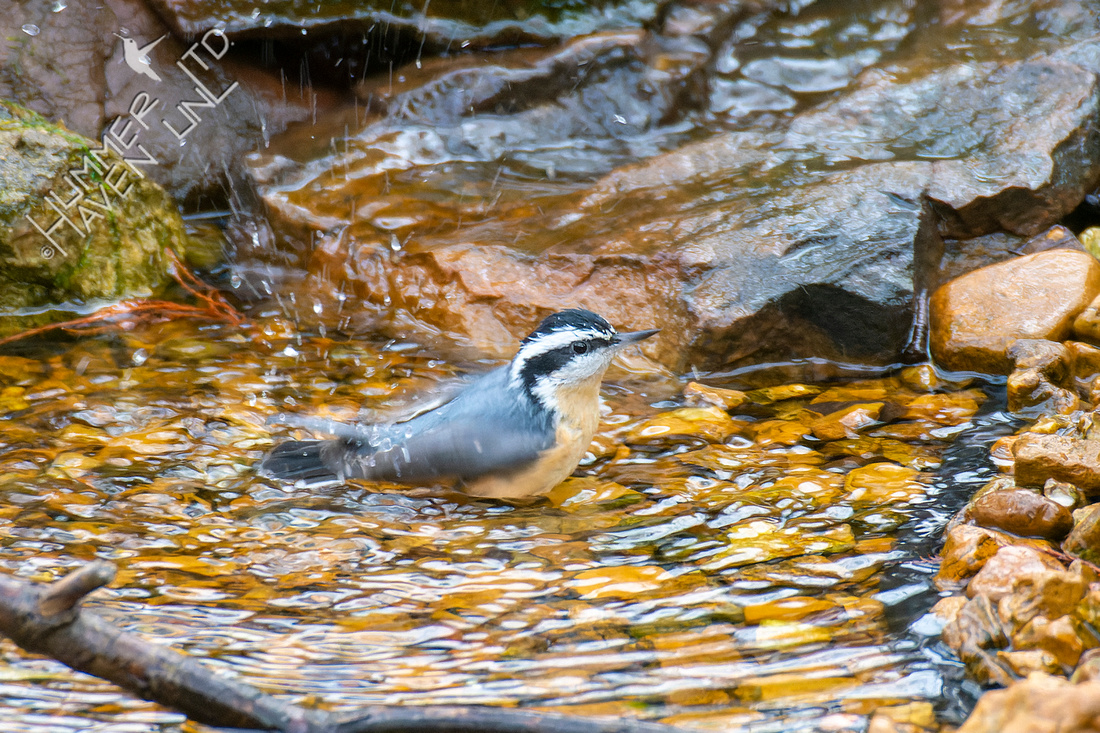 Red-breasted Nuthatches are small but not terribly shy and will keep trying to get to water even if there are other birds around. 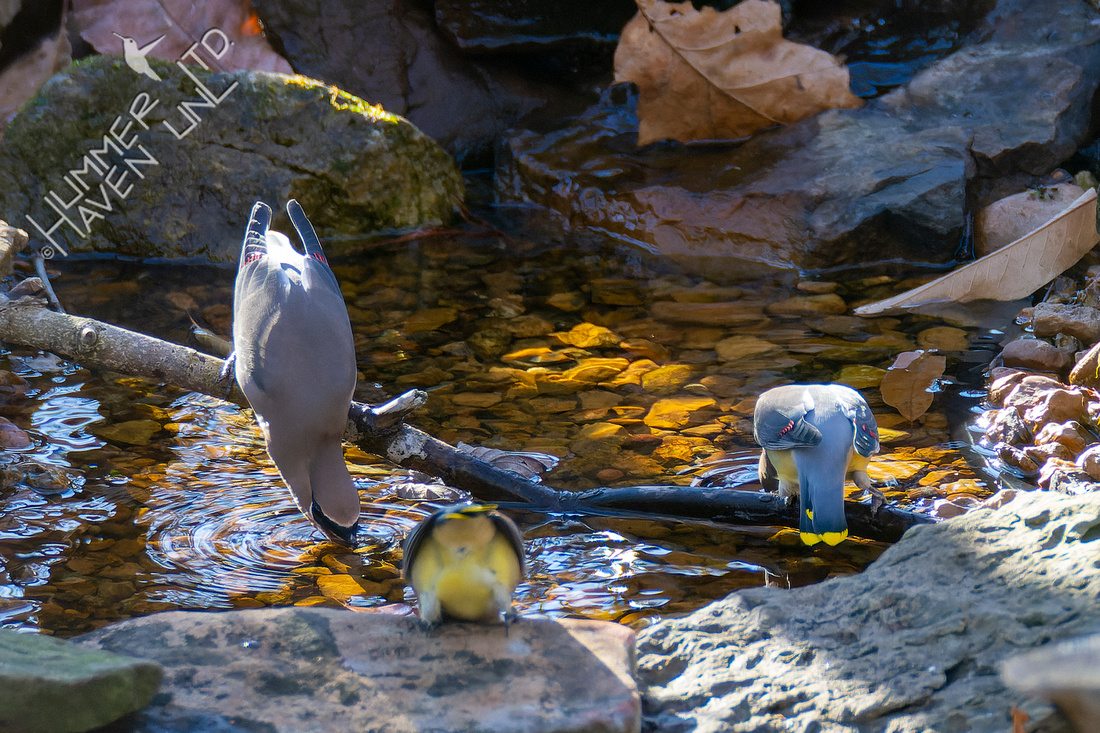 Just for fun, put all the parts of those three together, and you'll have a Cedar Waxwing! These birds often come down in a flock with some at the sump puddle and others in the basin. 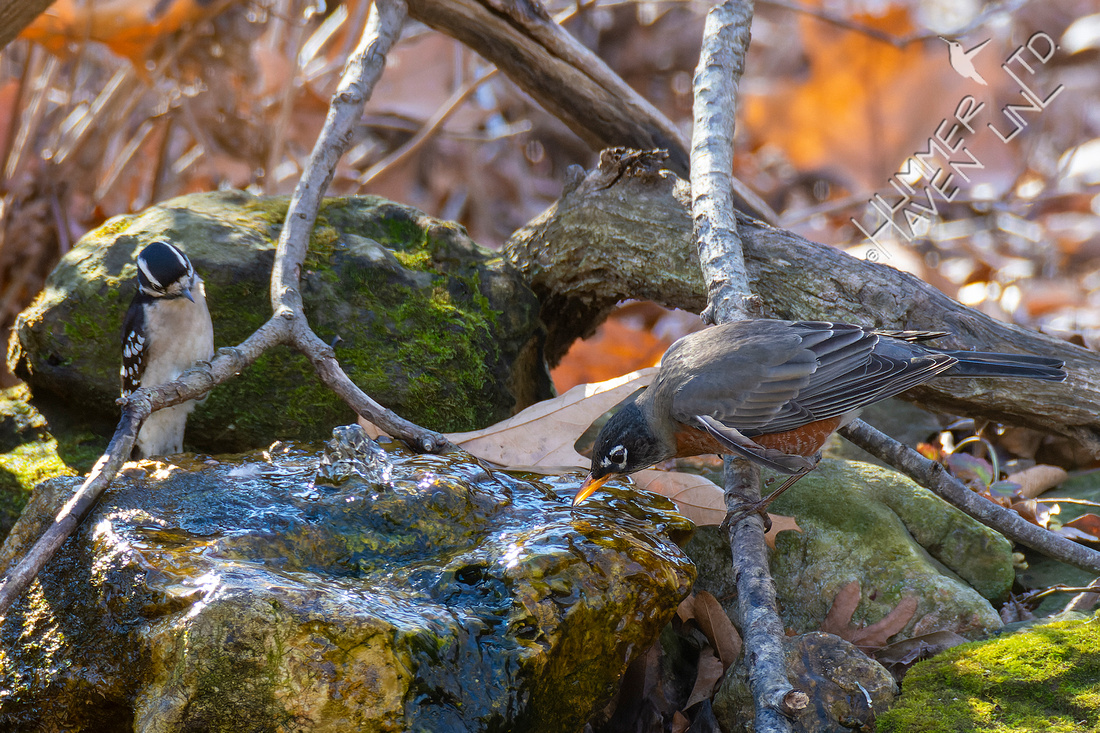 A Downy Woodpecker waited a bit for an American Robin to finish out of respect for its much bigger bill. 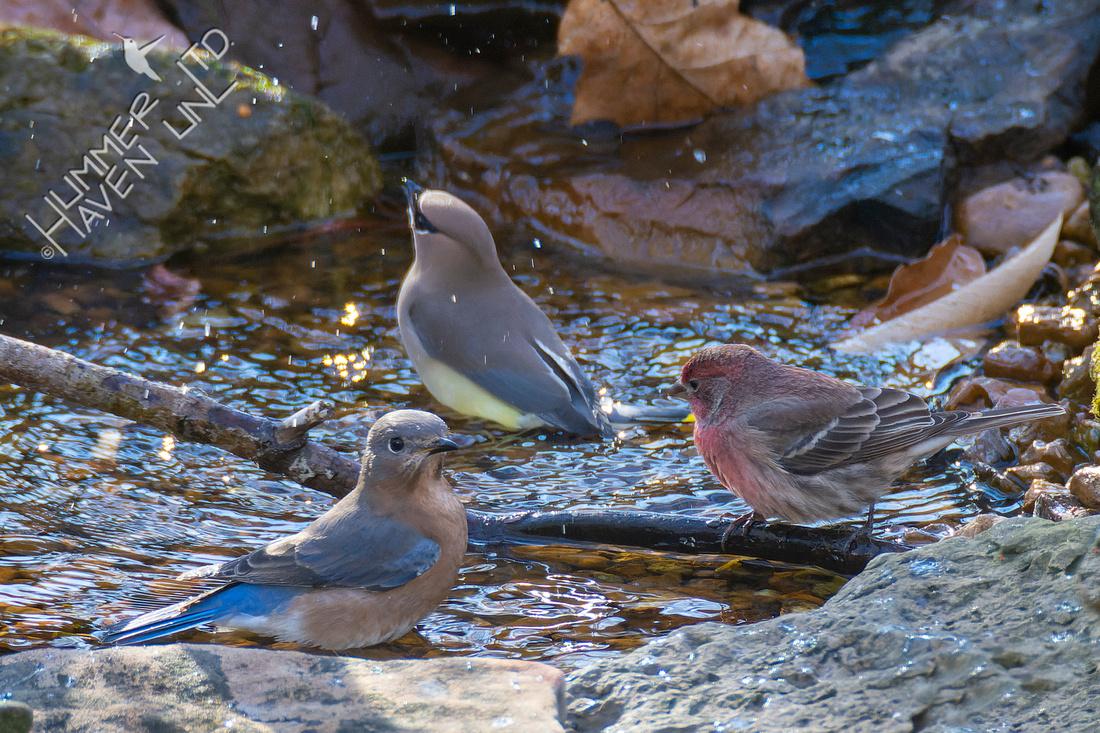 A bluebird and waxwing were joined by a House Finch for a rainbow trio. 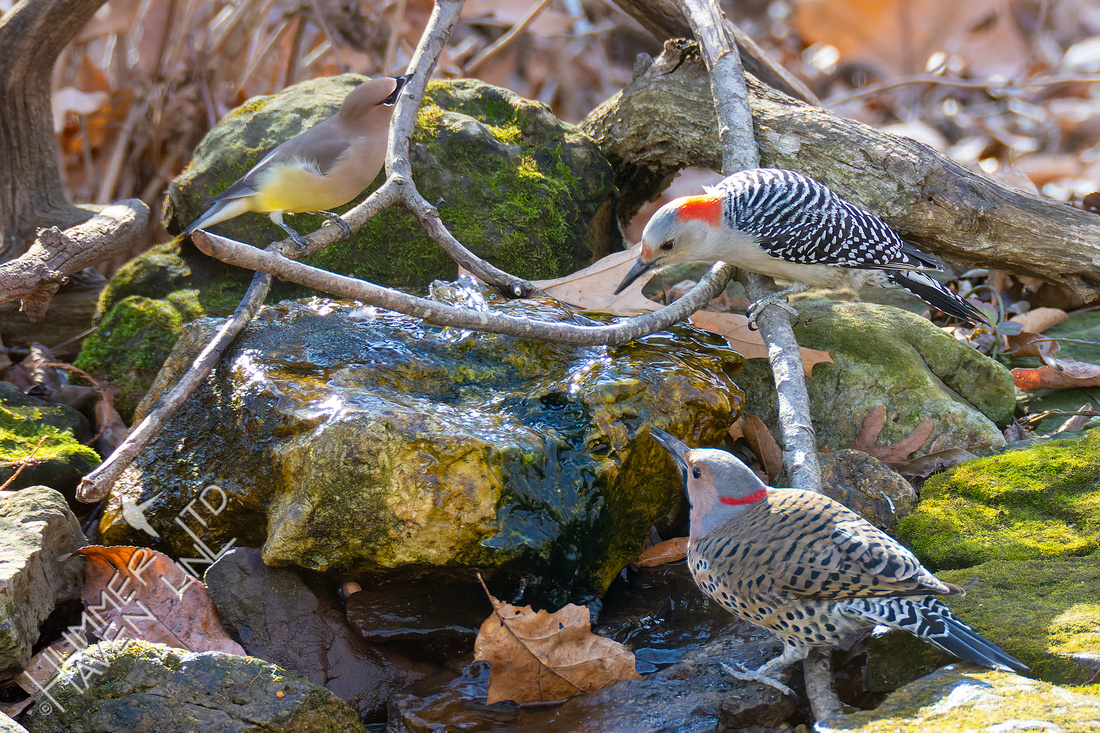 Here's another rare mix with a waxwing, female Red-bellied Woodpecker and a male Northern Flicker. The ol' watering hole sure draws them in. 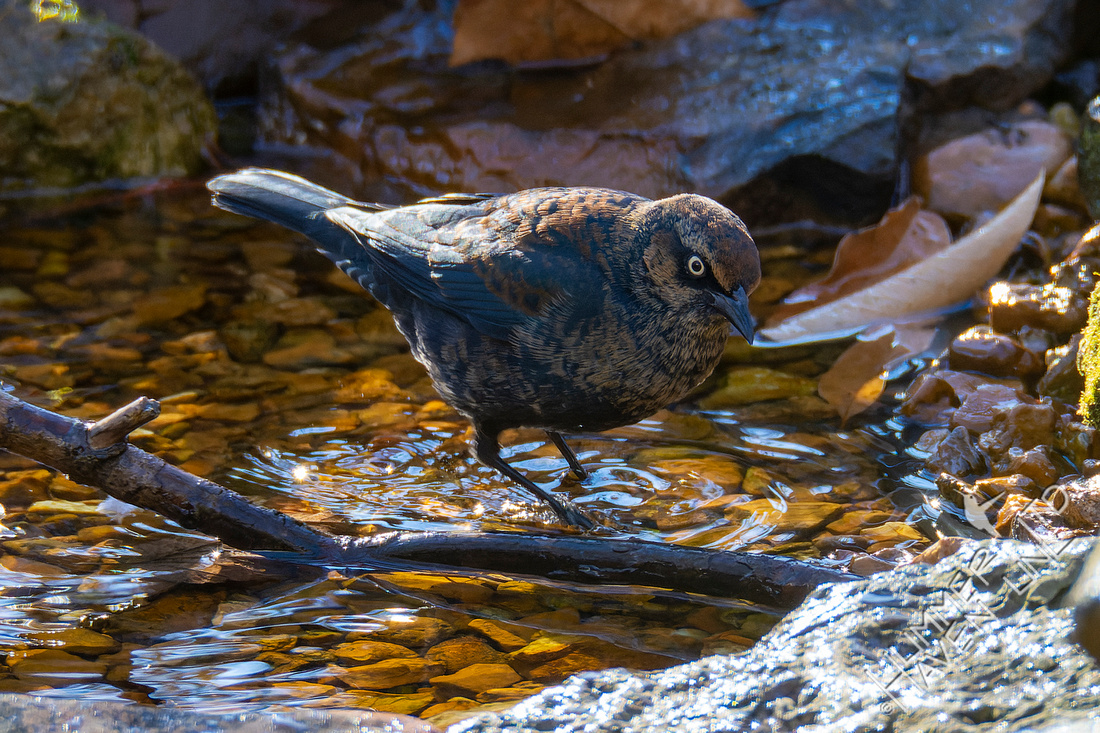 The birds all get out of the way when blackbirds like this Rusty Blackbird show up. 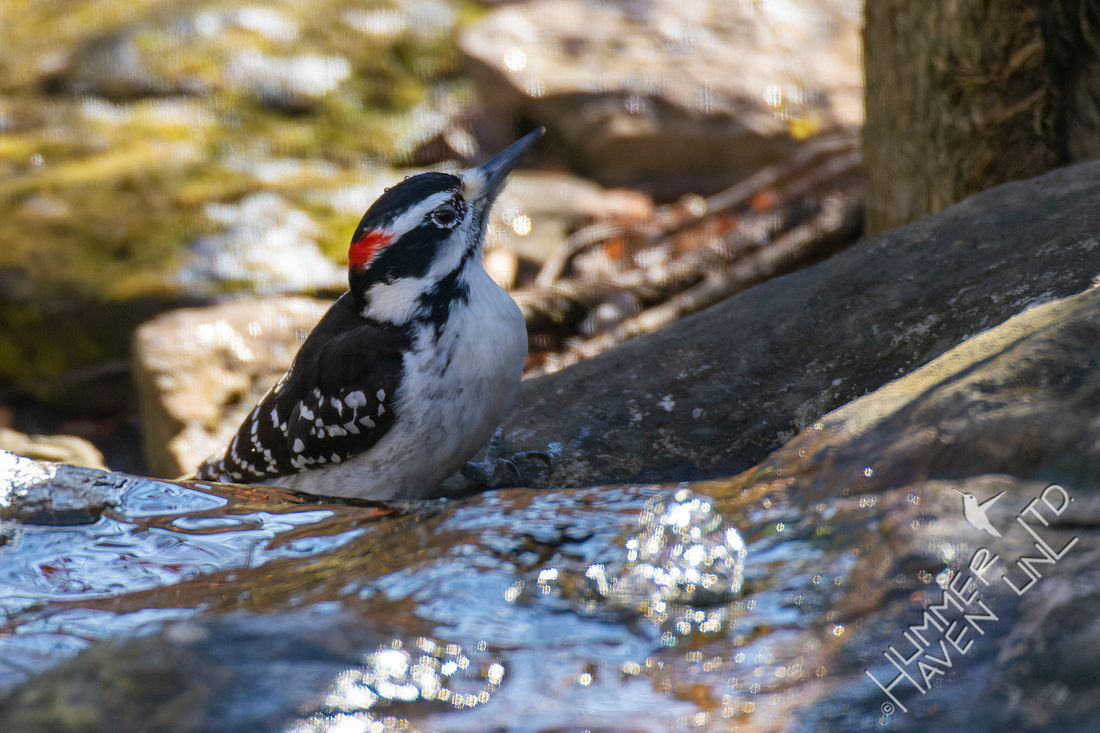 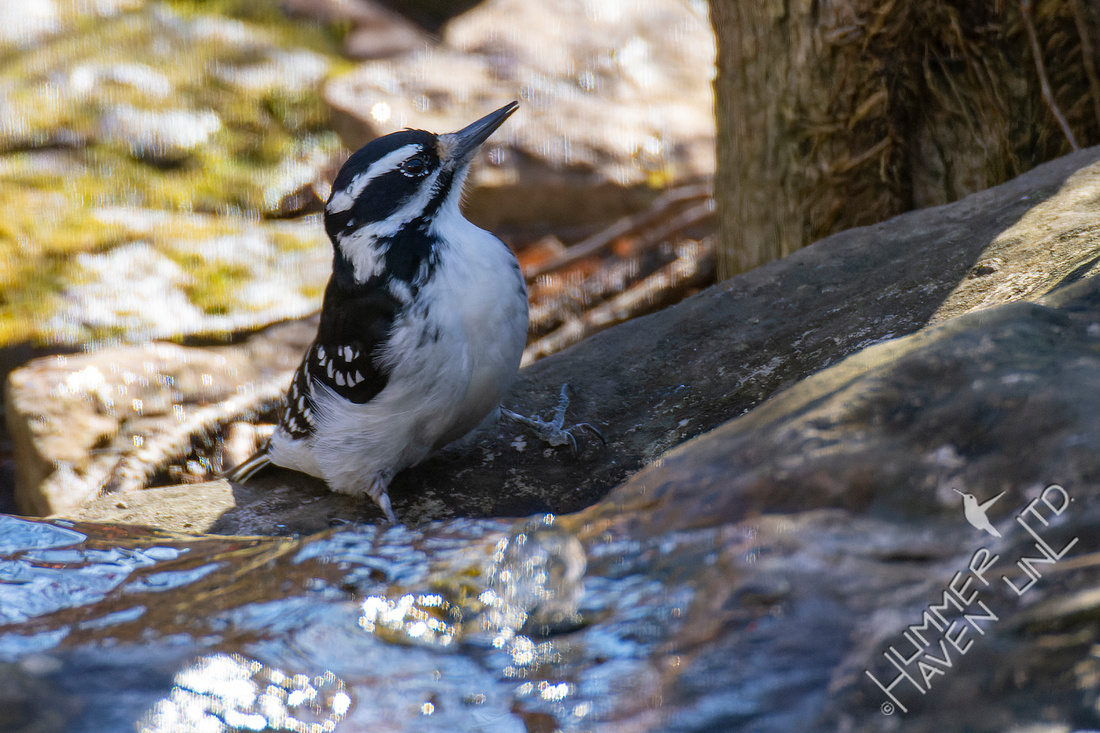 To my surprise, both the male and female Hairy Woodpeckers came to water one day, the male first. Like the Red-bellies, these birds don't come in often. It had been really warm and dry. 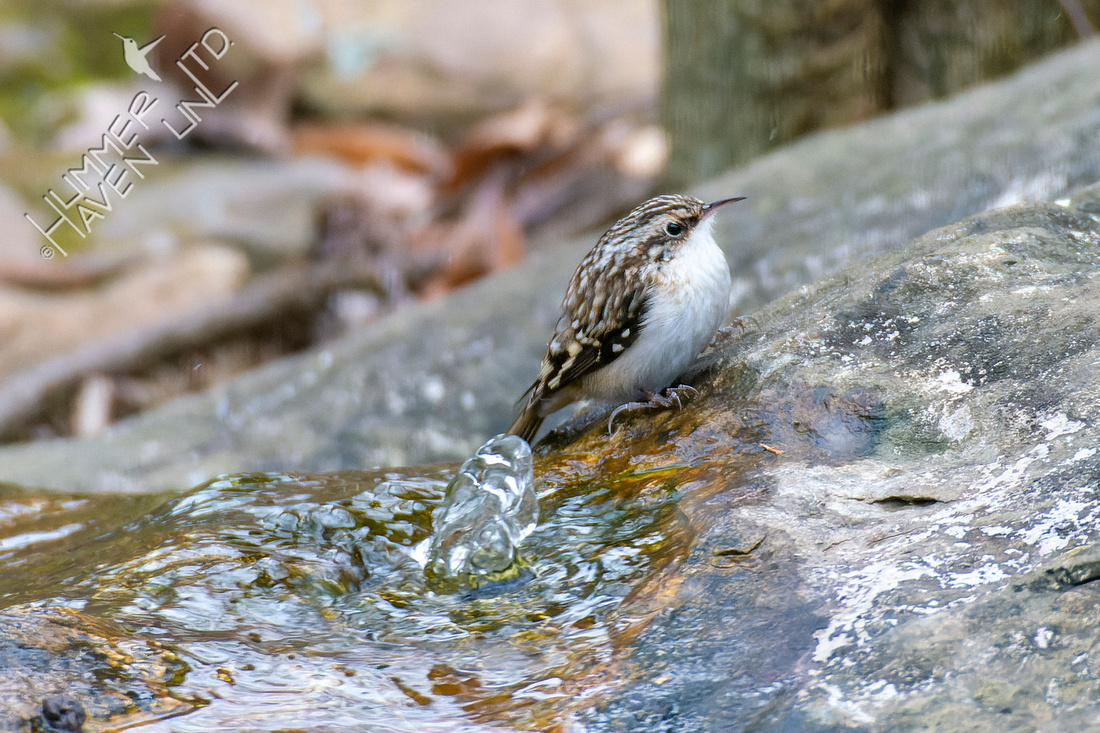 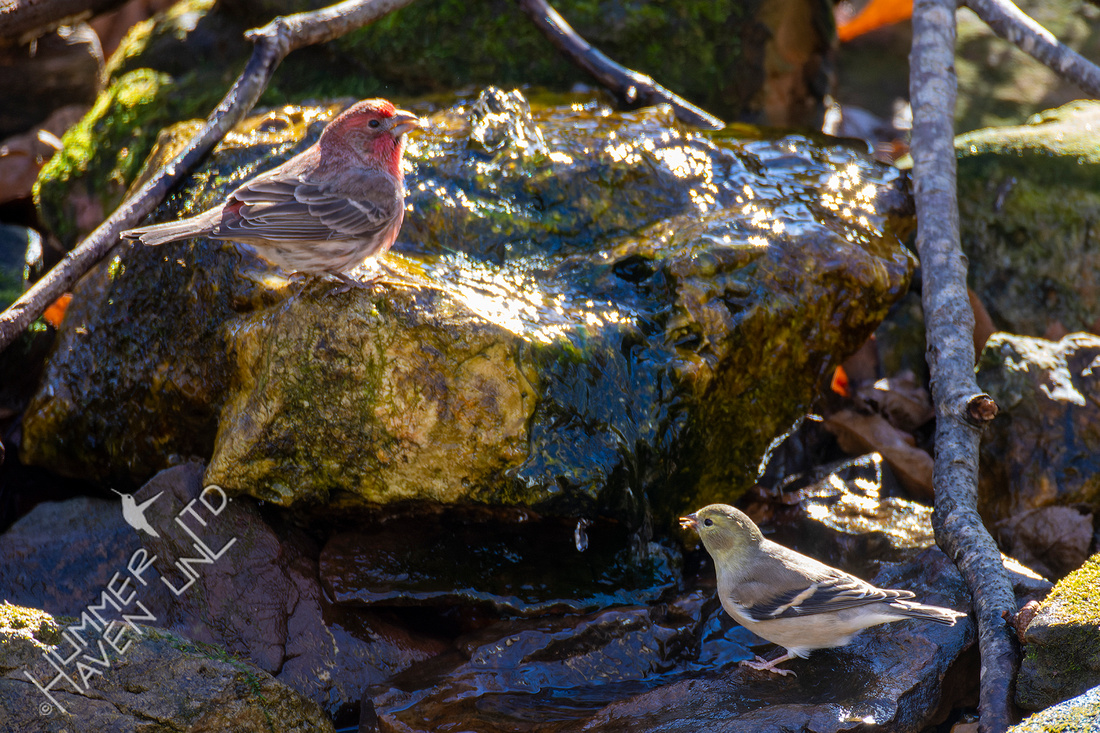 Between the 'Bubble' on the large rock, and the bubbling fountain in the basin, there are several levels of water for the birds to access and get a drink. The Brown Creeper, House Finch and American Goldfinch will show up at any of these. Now, let's talk about food! 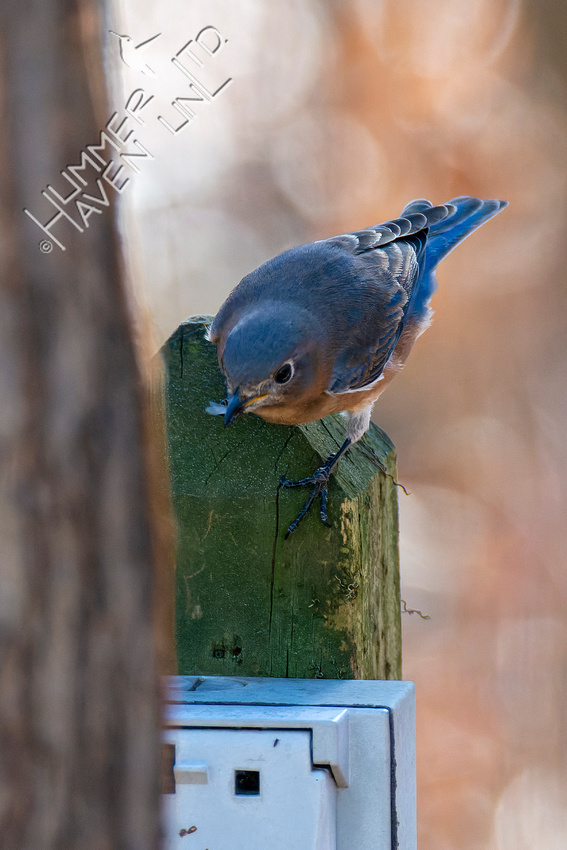 On Thursday, 12-2-21, the temperature climbed to a balmy 70.8 degrees. I stepped outside and heard bluebirds calling all around me. One caught an insect on the post for the bubbler cam. Others were swooping through the trees and over the leaves, catching other flying insects. It was a joyful scene as they called to each other. One big hurrah for their 'sushi' lunch! 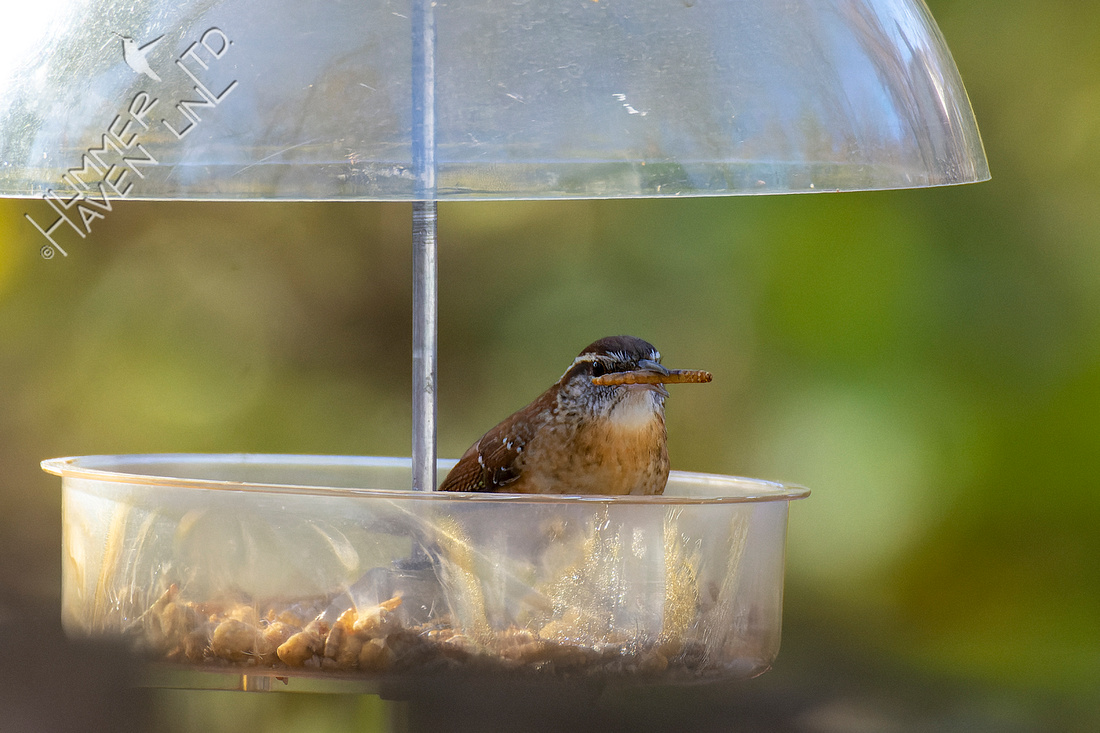 The Carolina Wren was one of the first birds to discover the tray feeder with mealworms. "Groucho Wren"? 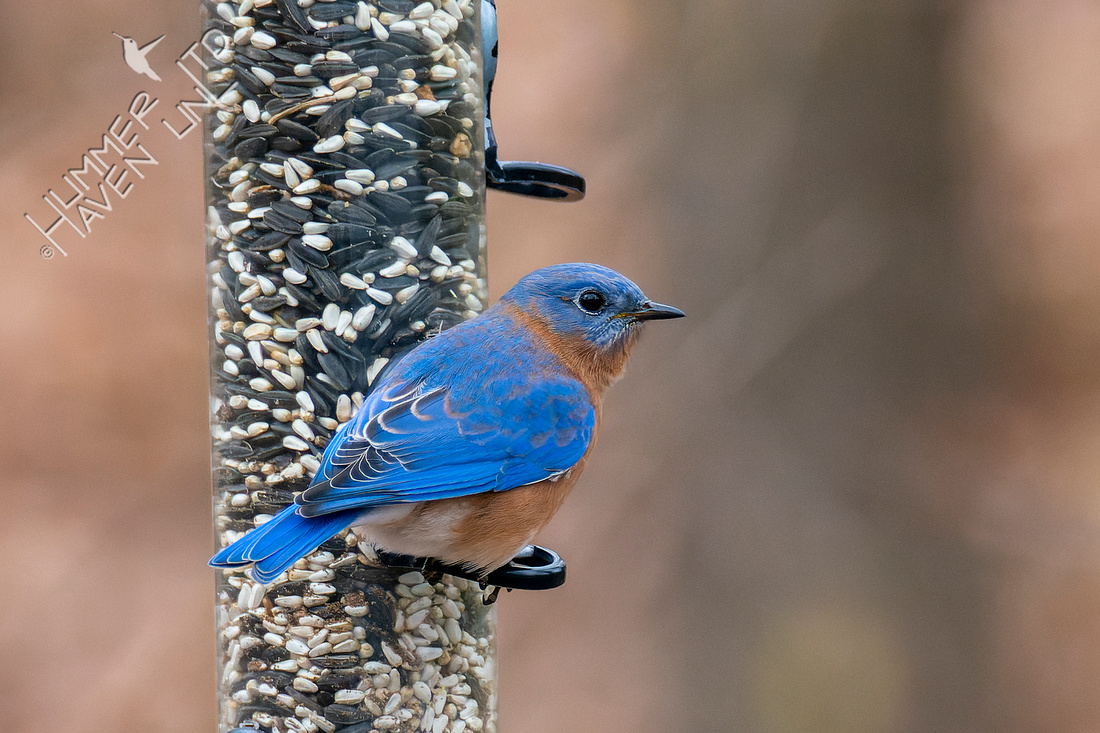 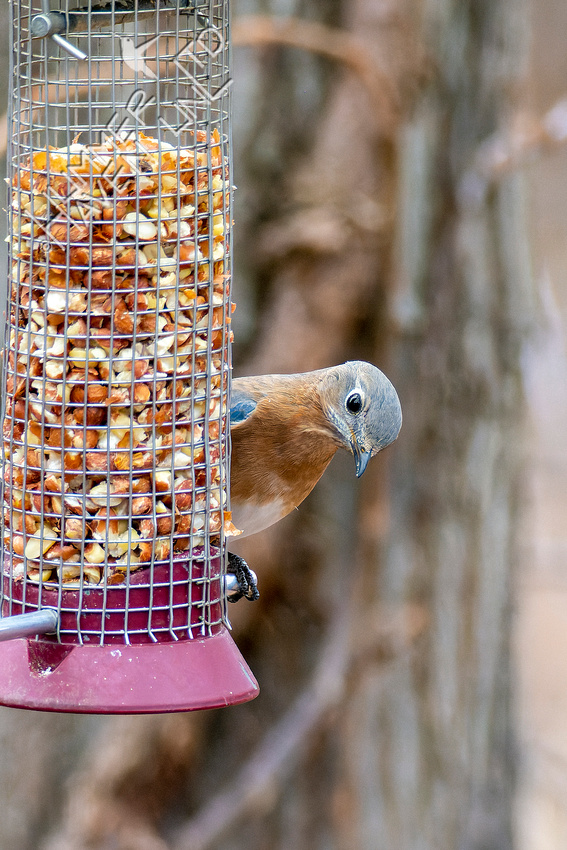 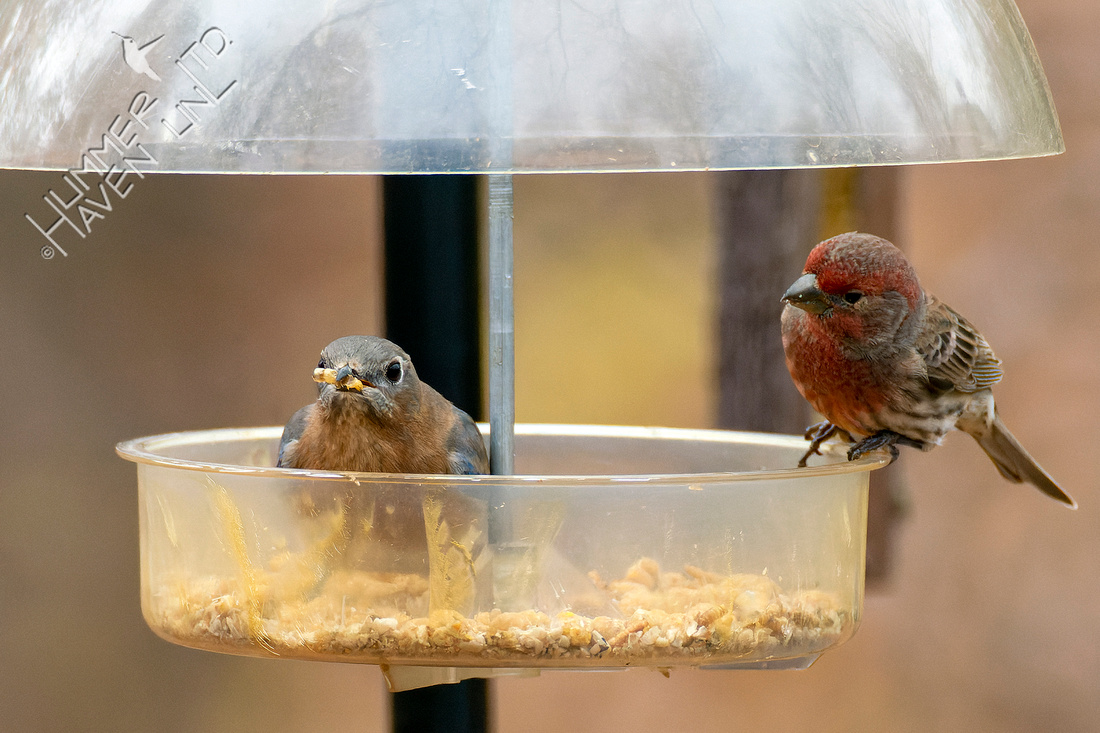 The Eastern Bluebirds were checking out all the feeders, sunflower, safflower and peanut. But these are too hard for them to eat, so I must say, I was relieved to see them find the mealworms, sunflower chips and bark butter bits in that tray feeder. This is the food that may have gotten the breeding pair through the last tough winter when snow was on the ground for days. Now they know where this food is! 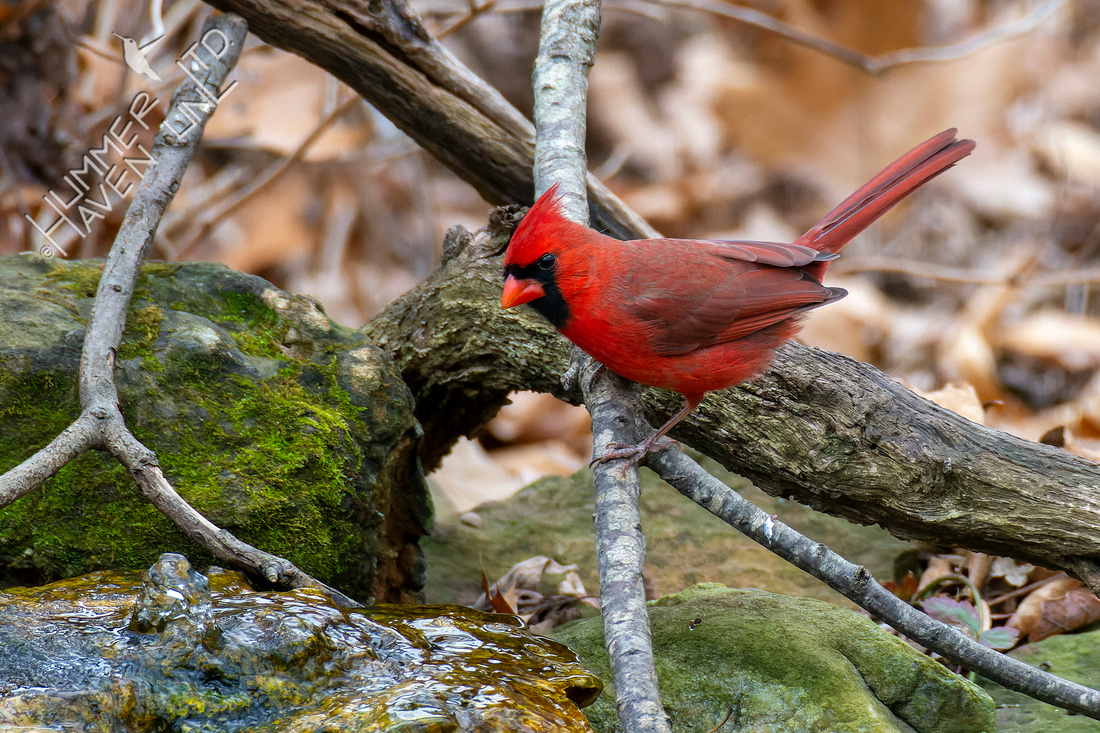 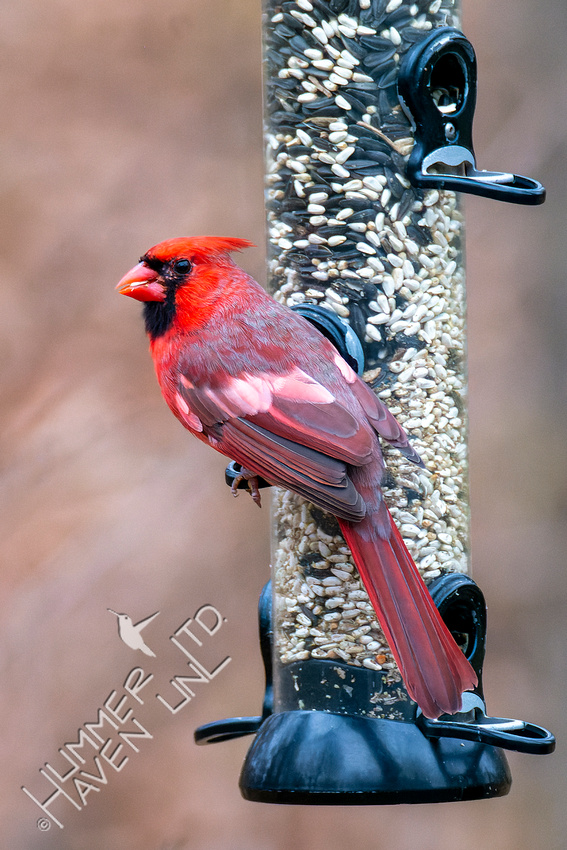 We've had several beautiful male Northern Cardinals around, but the second bird pictured is the first leucistic (lacking pigment) bird we've had in quite some time. That bird is flaunting those pink feathers! 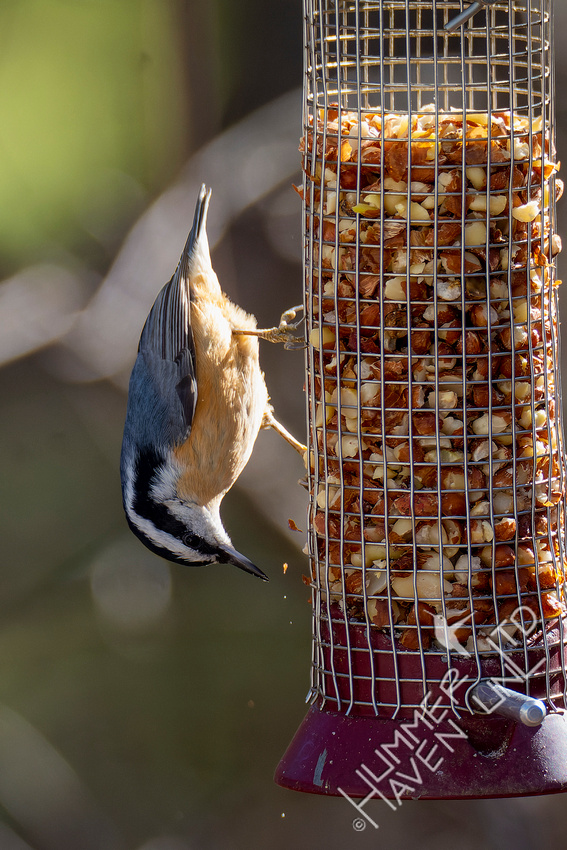 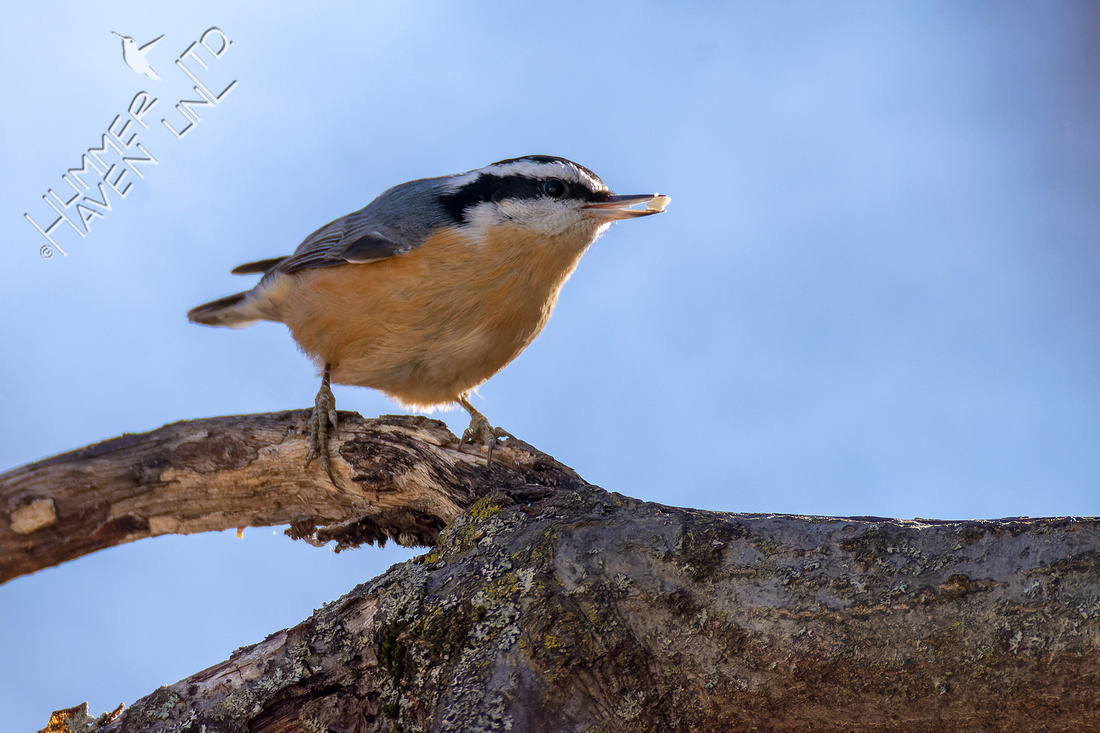 The pair of Red-breasted Nuthatches continue to be seen nearly every day. They still have a preference for the chopped peanuts and they will often go to a branch like this and break them up into finer pieces to swallow or stash in a hiding place. Winter's upon us and they are getting ready! 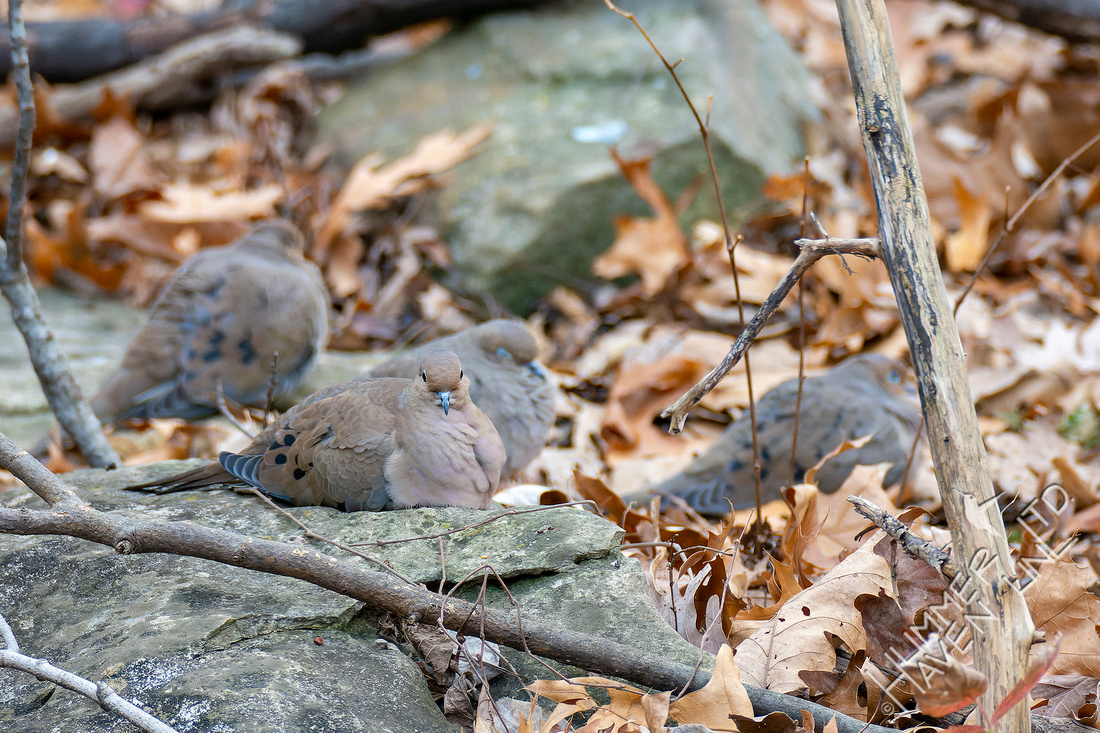 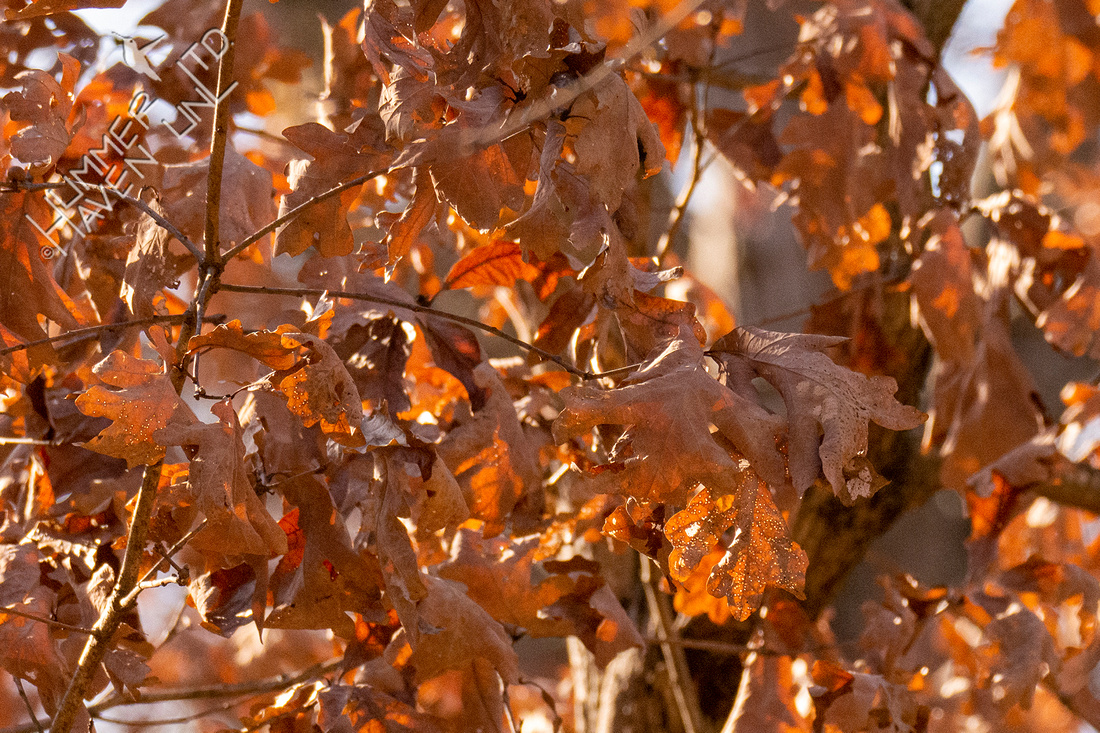 Another important need of birds, especially in winter, is a place to rest, to fluff up their feathers and huddle for warmth. The fallen leaves help keep the ground a bit warmer and we've seen up to twenty Mourning Doves around the bubbler, napping a good part of the day. Birds like American Goldfinches, House Finches and Cedar Waxwings will also rest in leaf-filled branches of young trees for some protection from the wind. While the birds are resting or finding food and water, other critters are busy in the woodland. 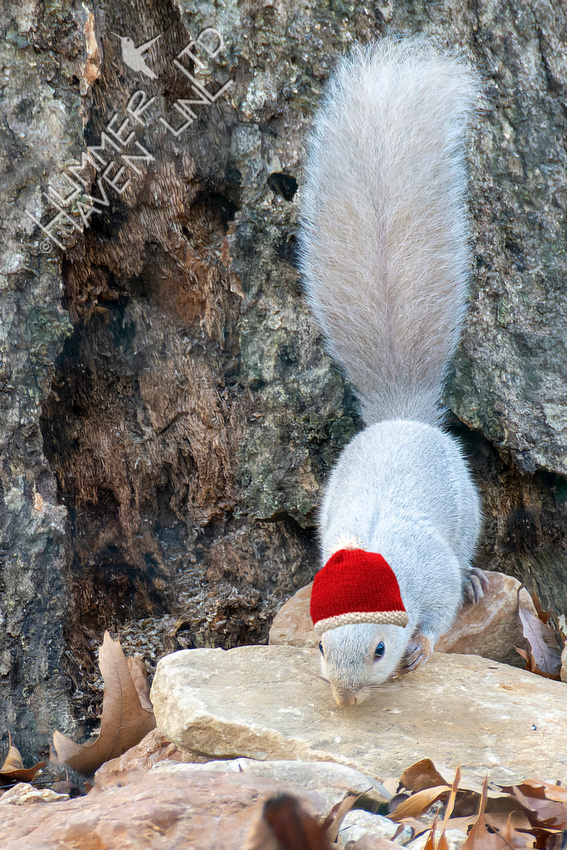 Better watch out!
Santa's helpers are everywhere nowadays and they come in many forms!

We wish you Happy Holidays!