Migration is slowing down as birds move on to their breeding grounds.

What wonders have stopped in to rest, feed and freshen up here! Bay-breasted Warblers have been here on ten days, the last one on Wednesday, 5-20-20. 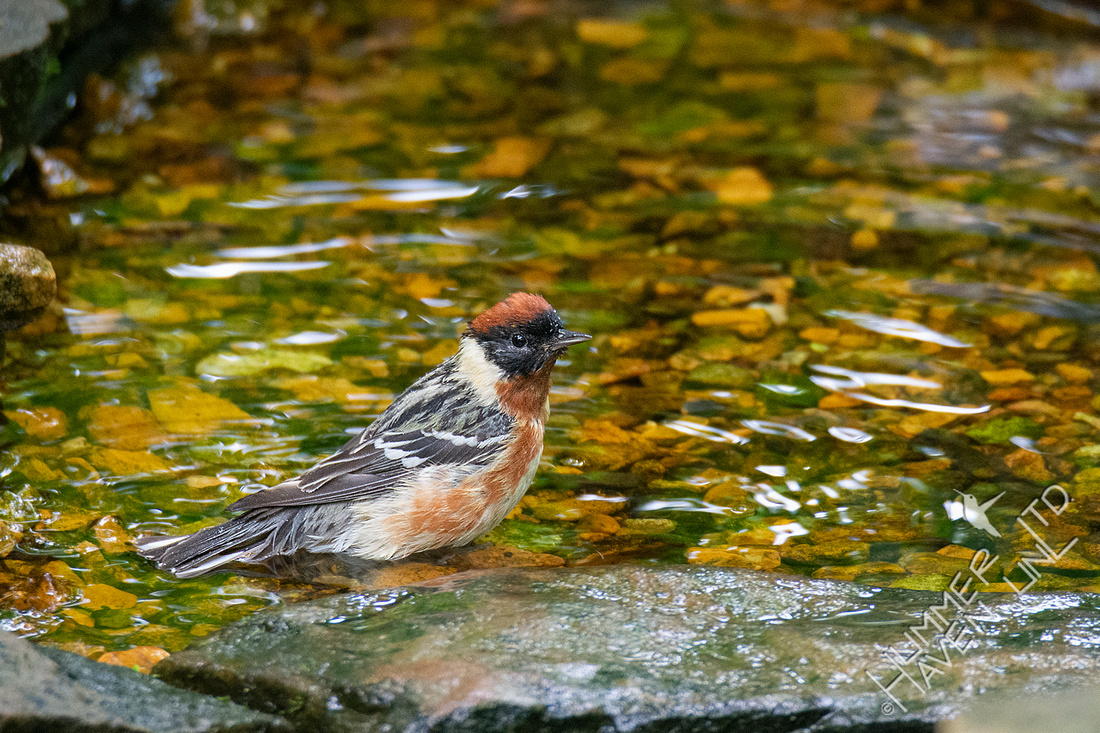 Warblers like Chestnut-sided, American Redstart and Tennessee are more common, but this is the last we'll see of them until their return trip in early fall. 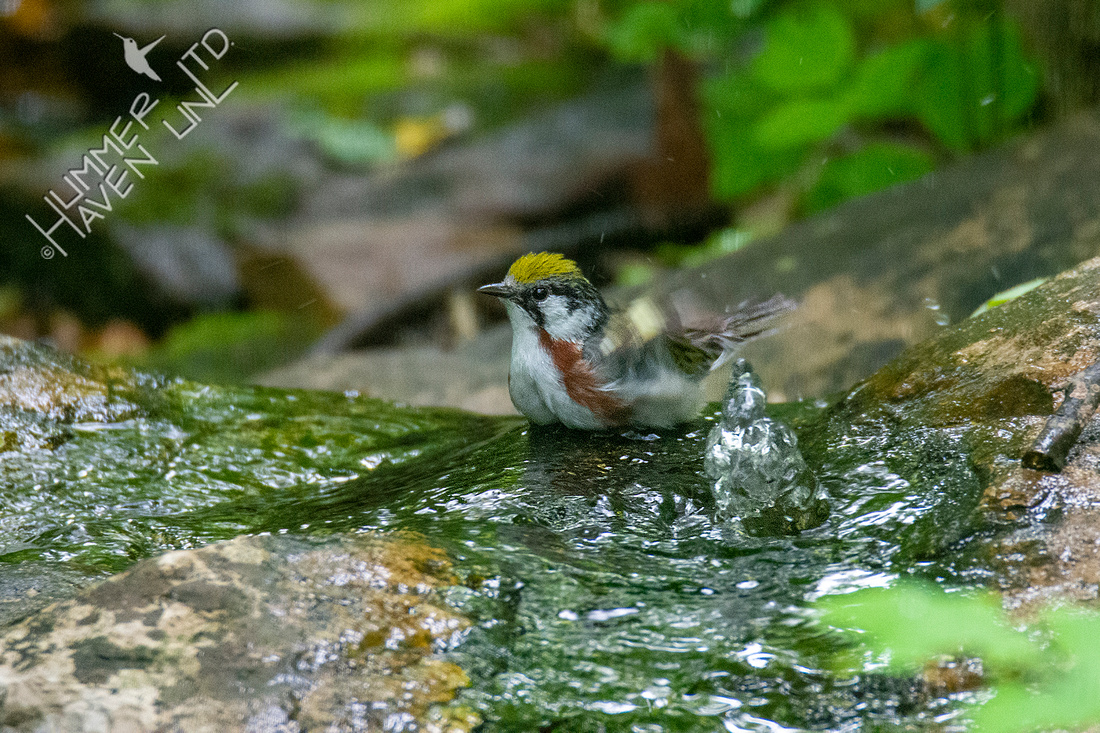 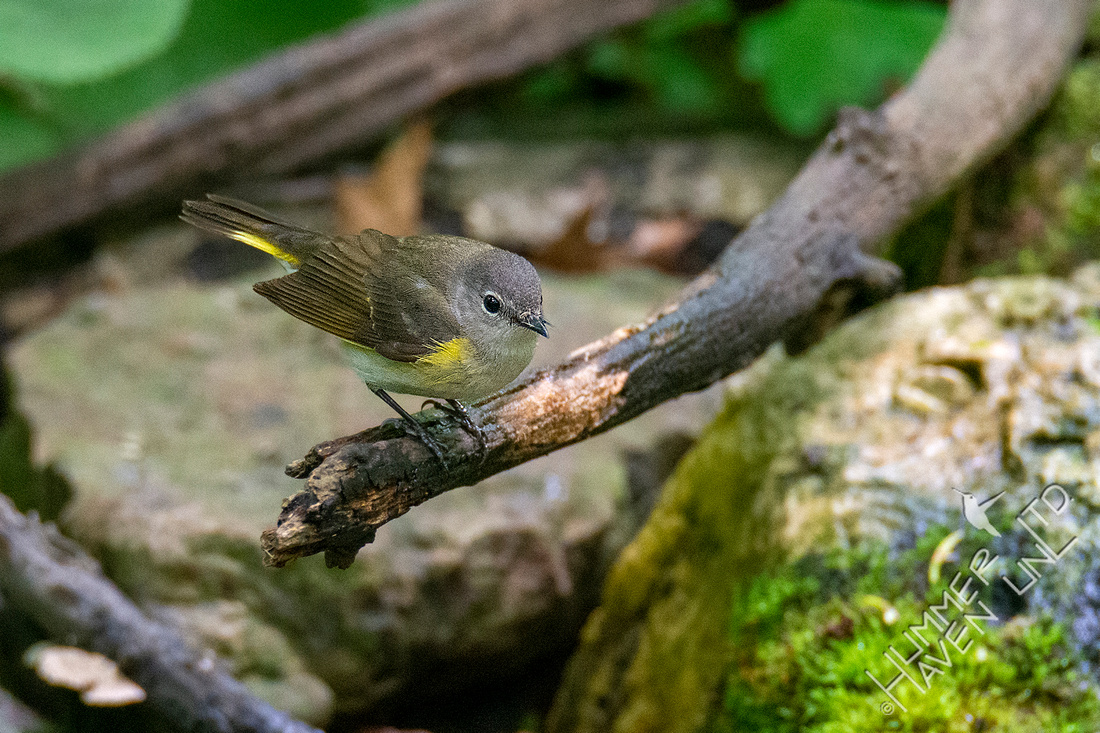 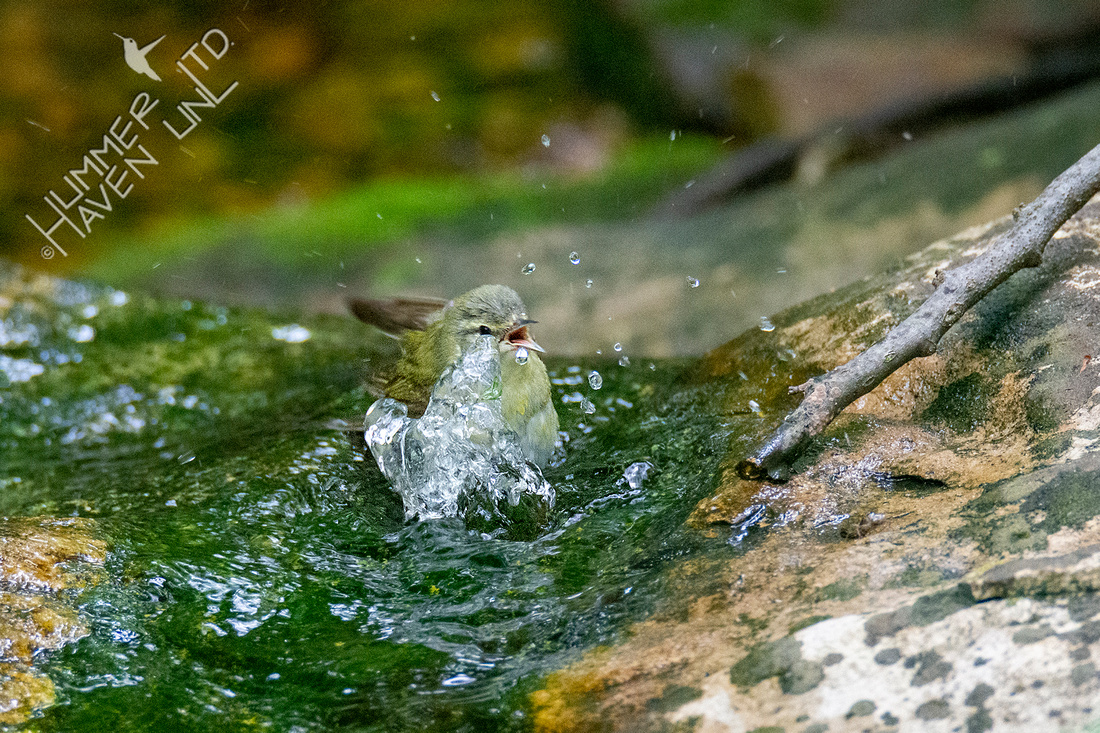 A Common Yellowthroat female finally showed up yesterday, on 5-23-20, coming to the bubbler very early and again late in the day before moving on. 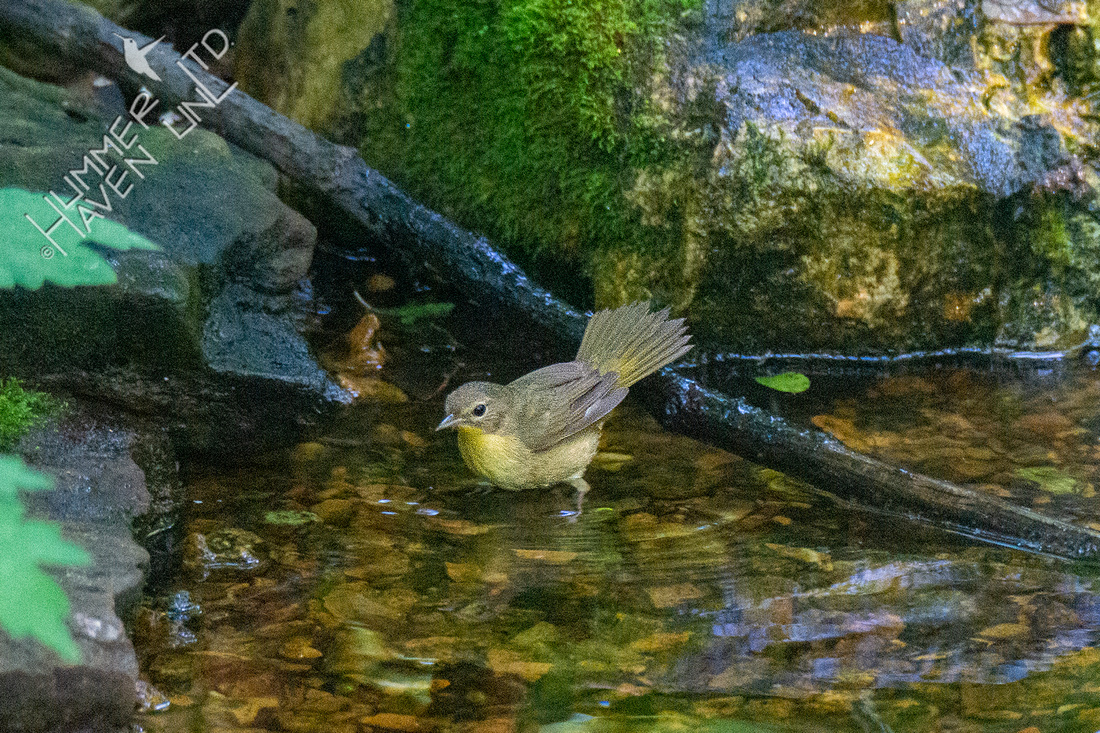 We were playing a game Thursday evening when I spotted a bright red bird! This Scarlet Tanager was a very pleasant interruption. A robin chased it from the basin and over to the Bubbler rock. (Link to more photos and a video at the end.) 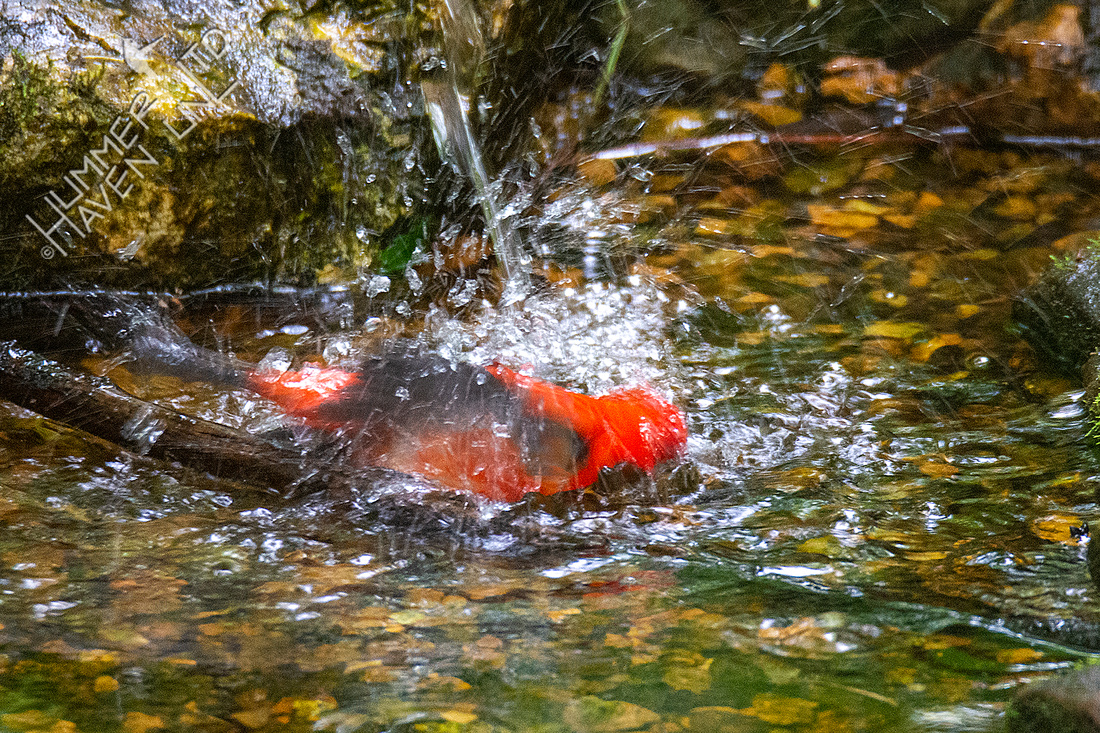 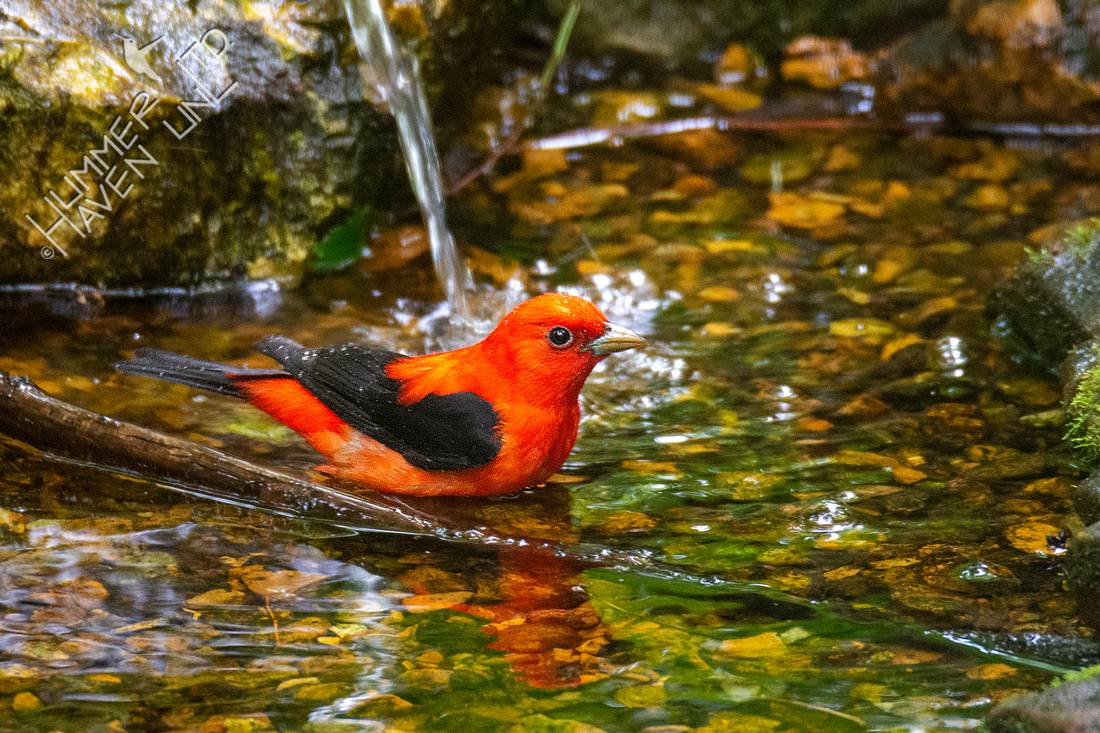 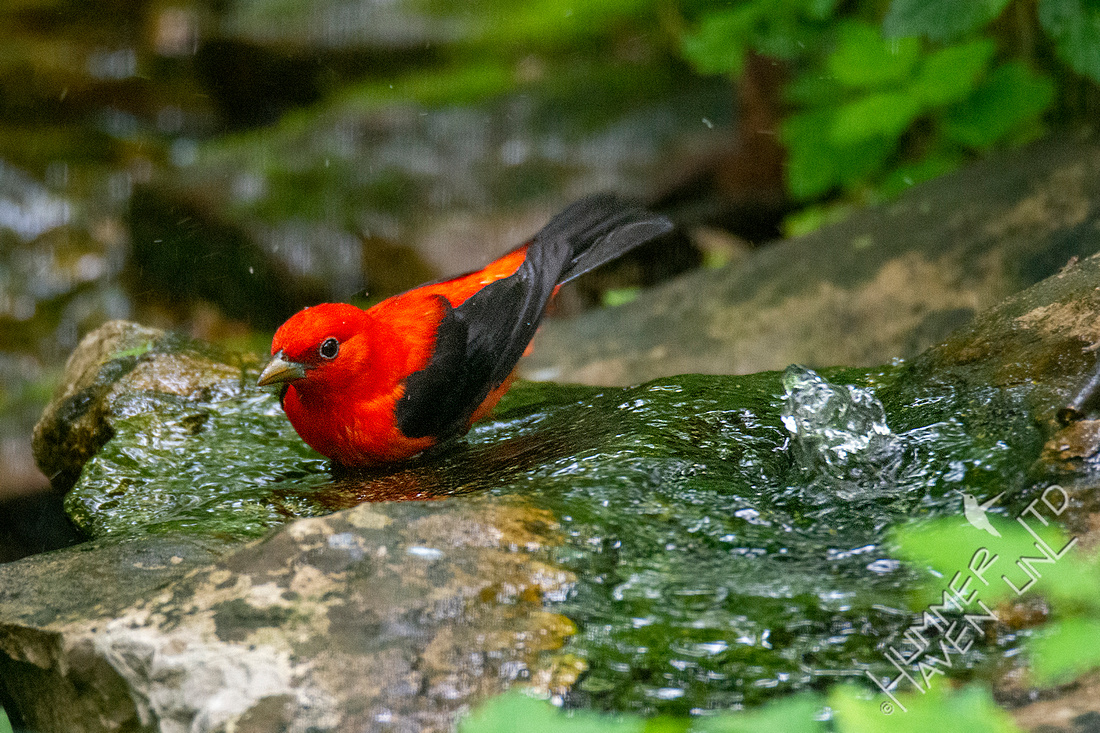 A Carolina Chickadee was having fun splashing around when a surprise dropped in next to it, the 'chickadee warbler'. Its true name is the Golden-winged Warbler. and this is the female. 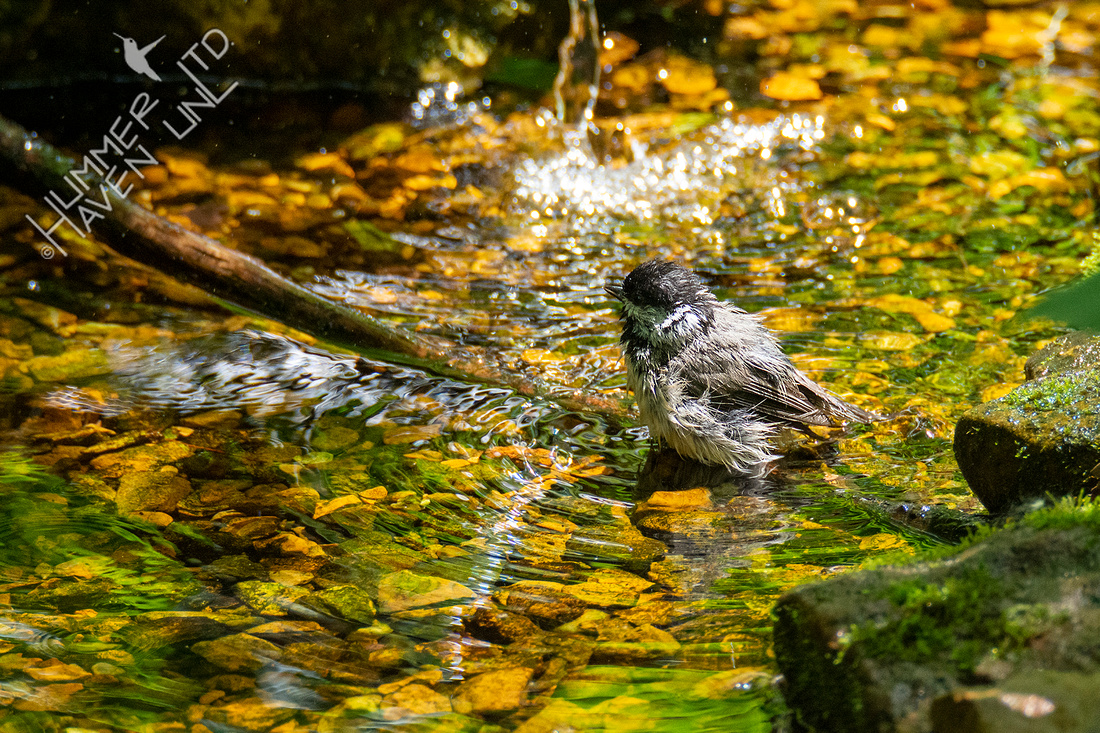 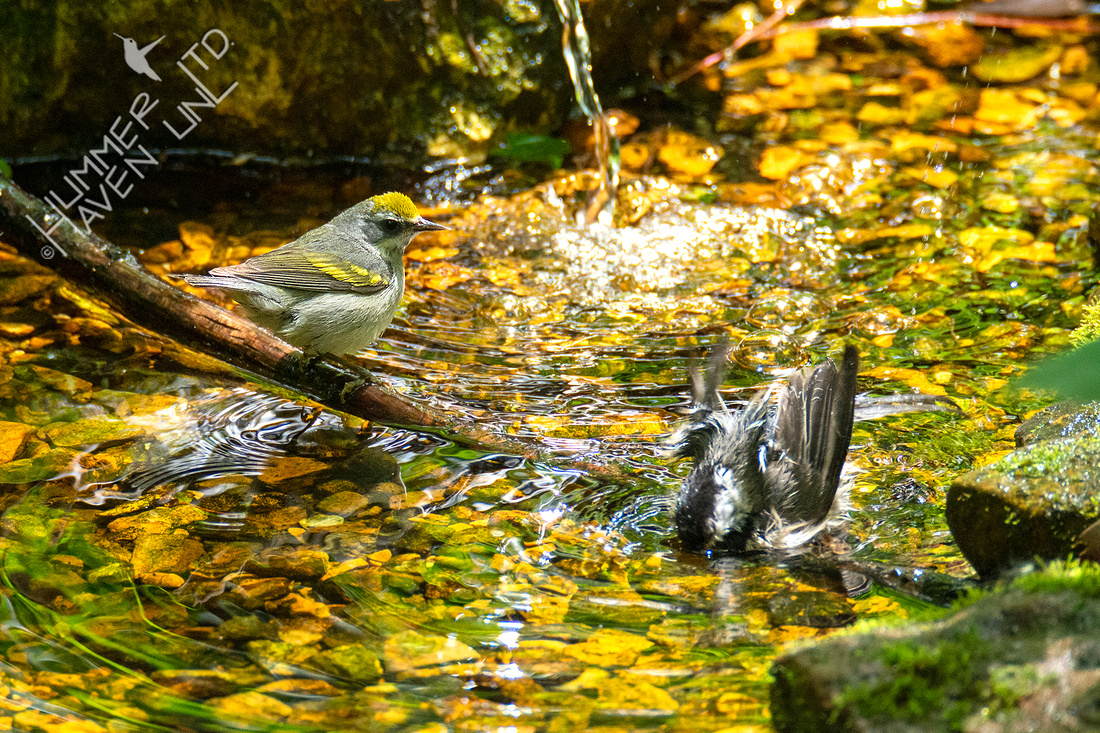 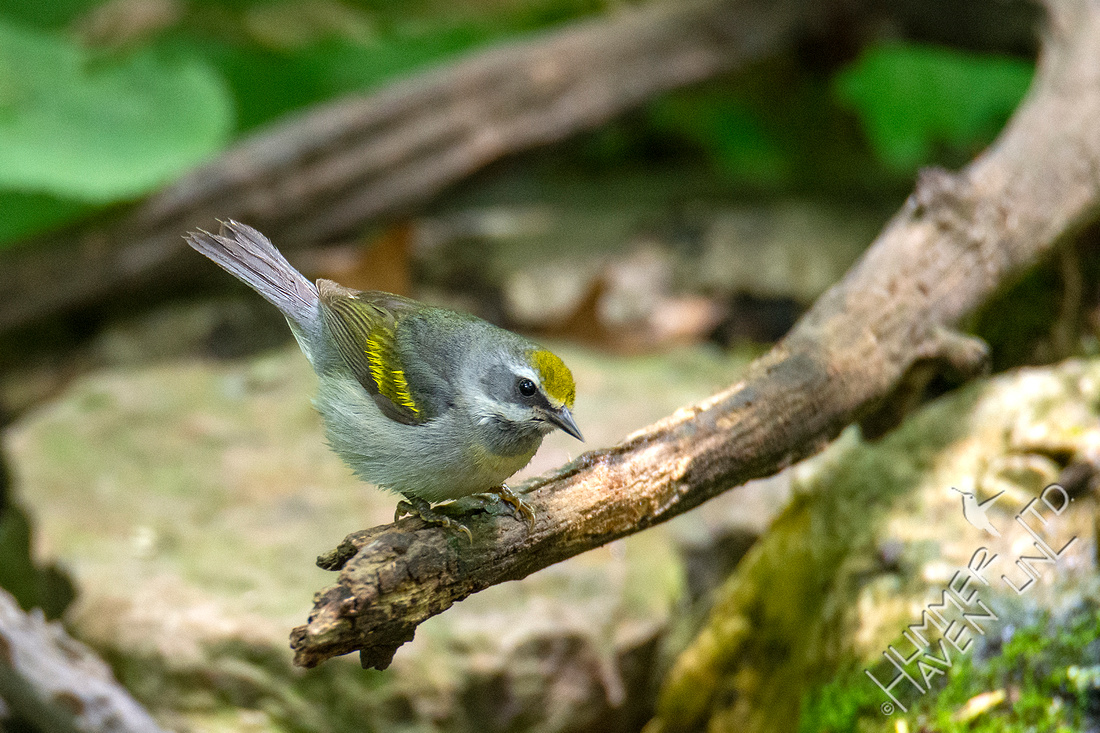 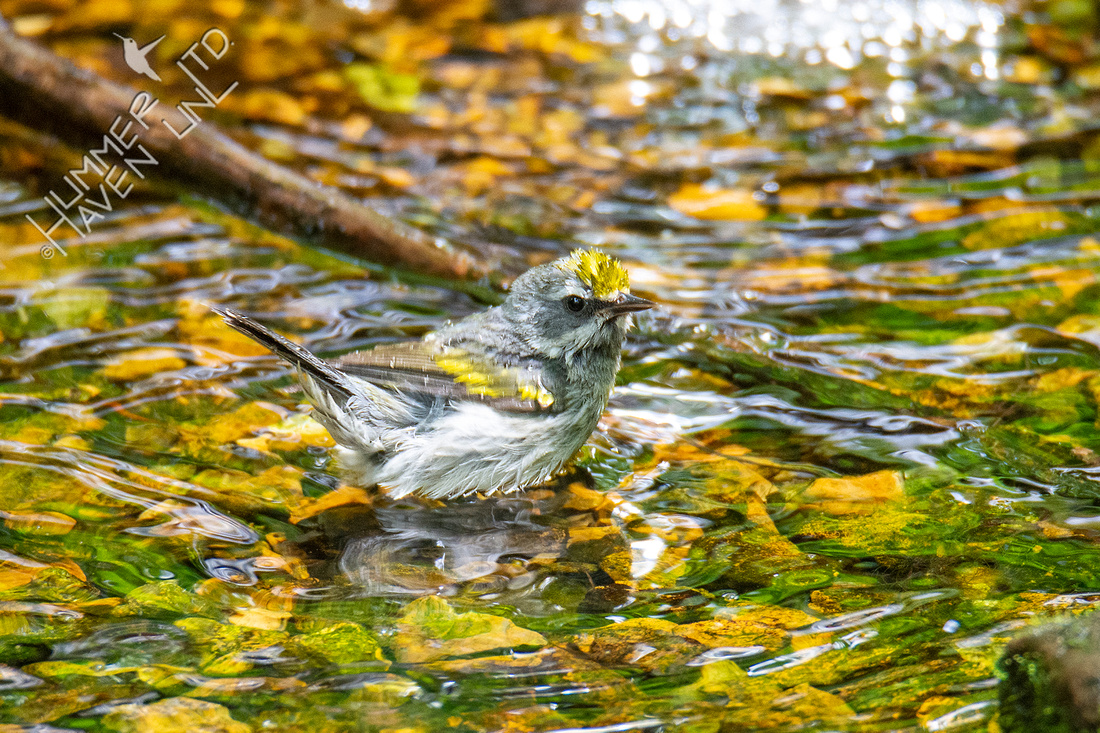 In the second photo, the color difference is quite obvious.The Lawrence's looks like a Golden-winged with a soft yellow wash. 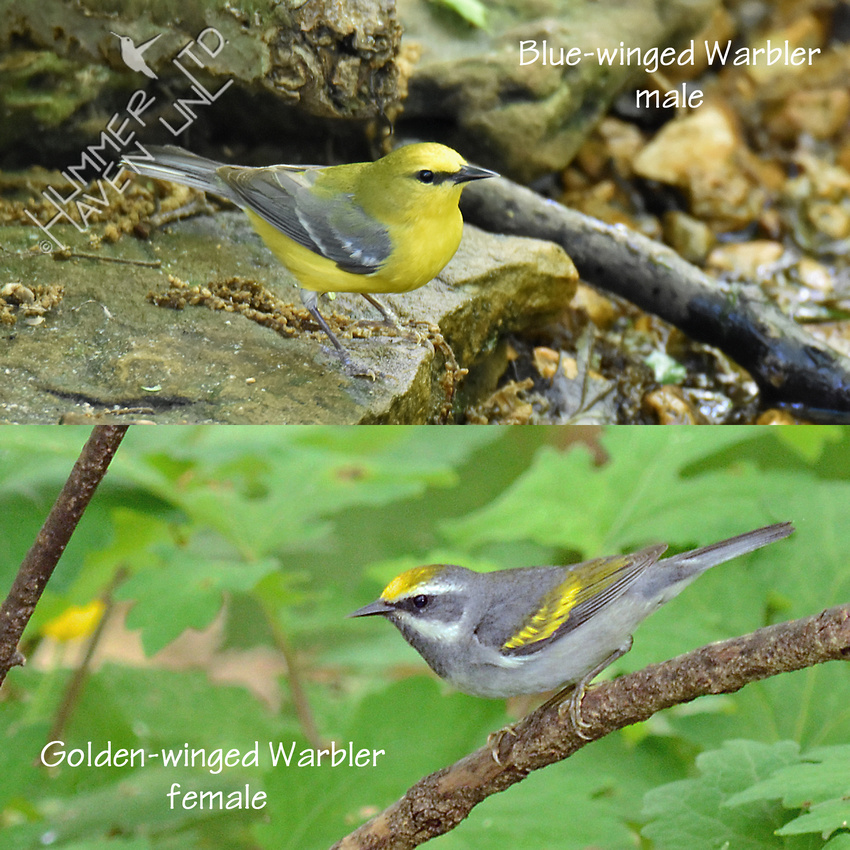 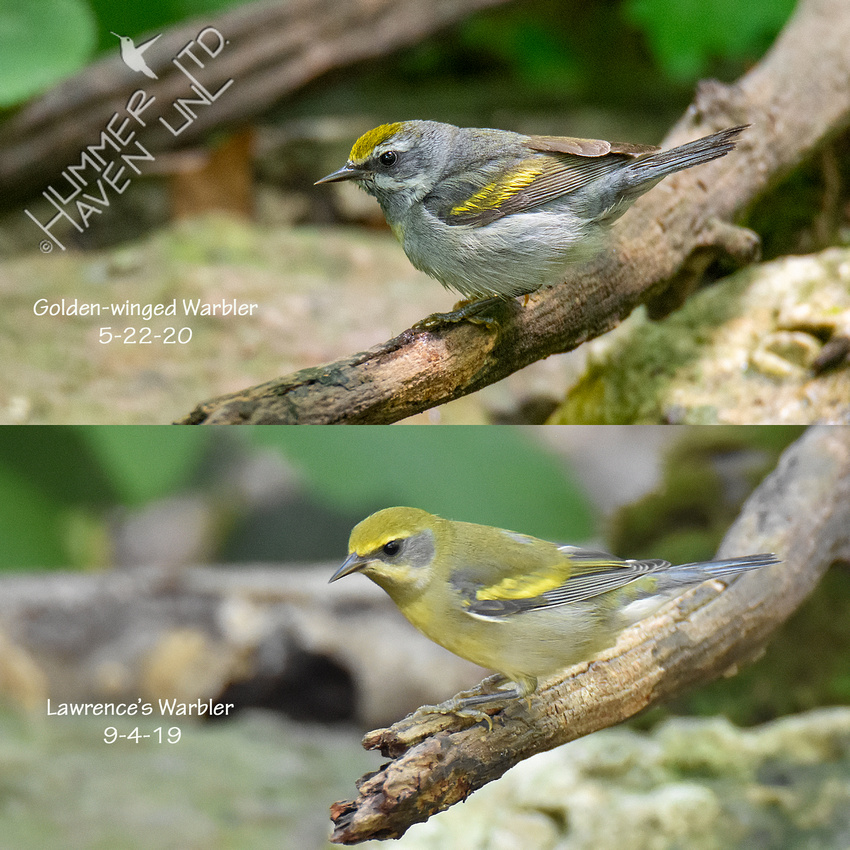 We've been seeing both male and female Ruby-throated Hummingbirds. This male tucked into the Solomon's Seal flowers for a sip of nectar. 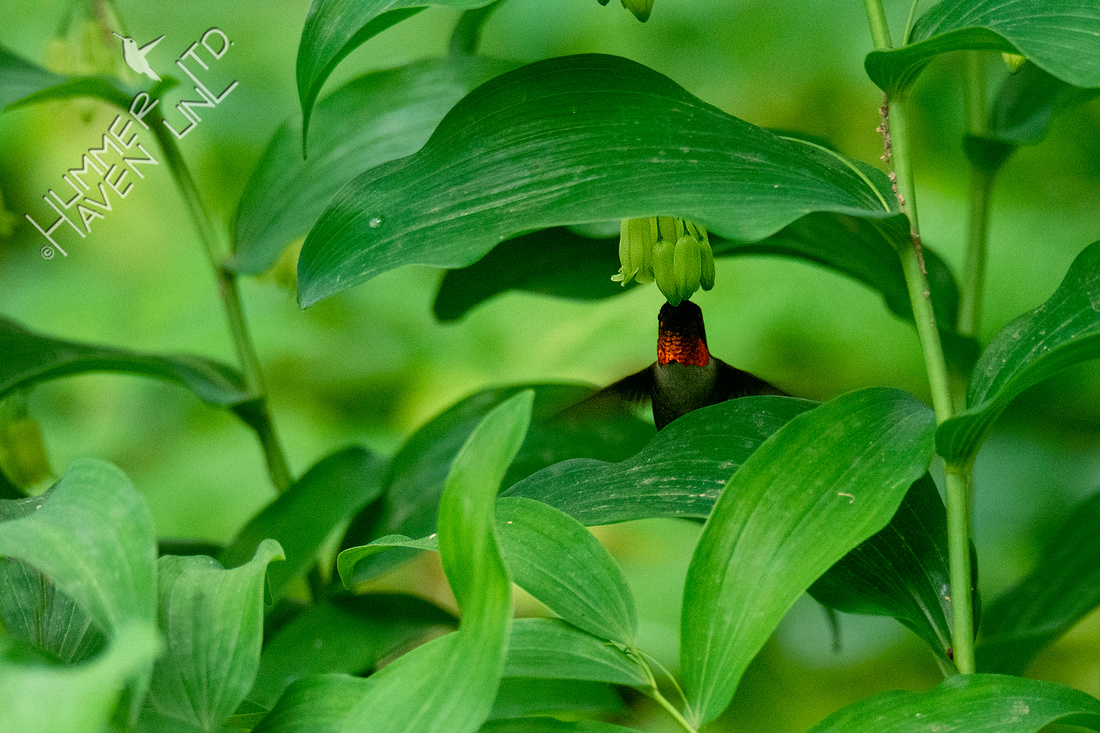 Gray Catbirds will nest in the area, but this one has apparently moved on now. 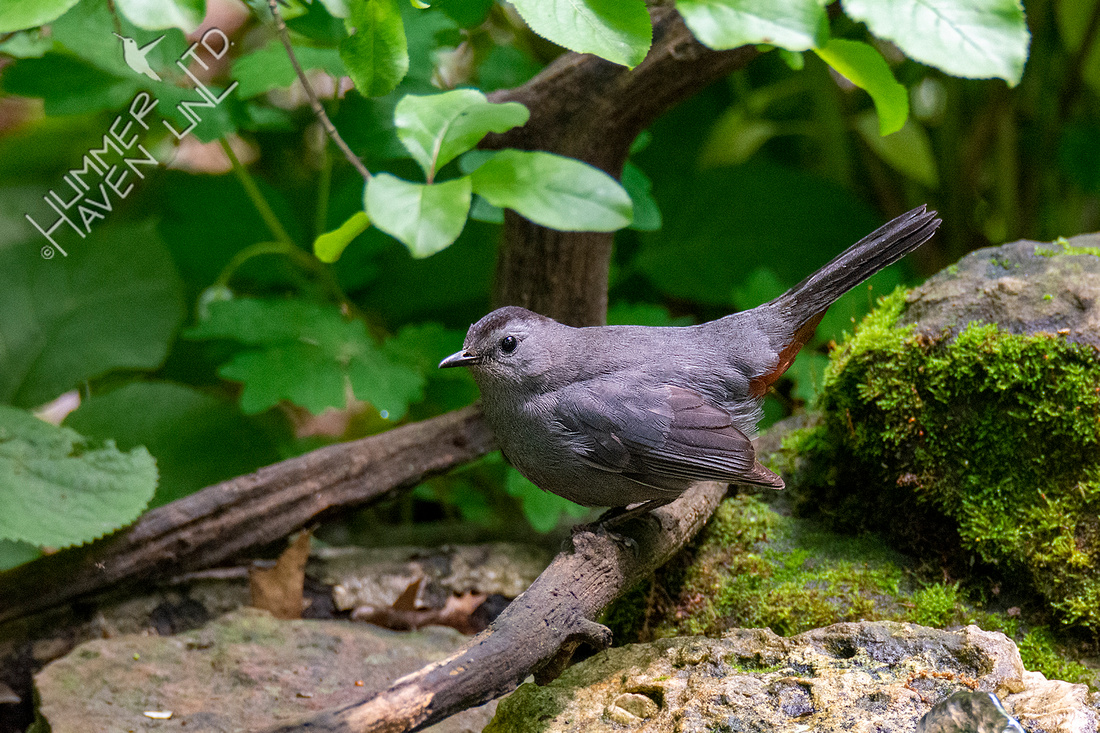 A lovely little bird, this Philadelphia Vireo was splash-bathing in the pond the other morning. 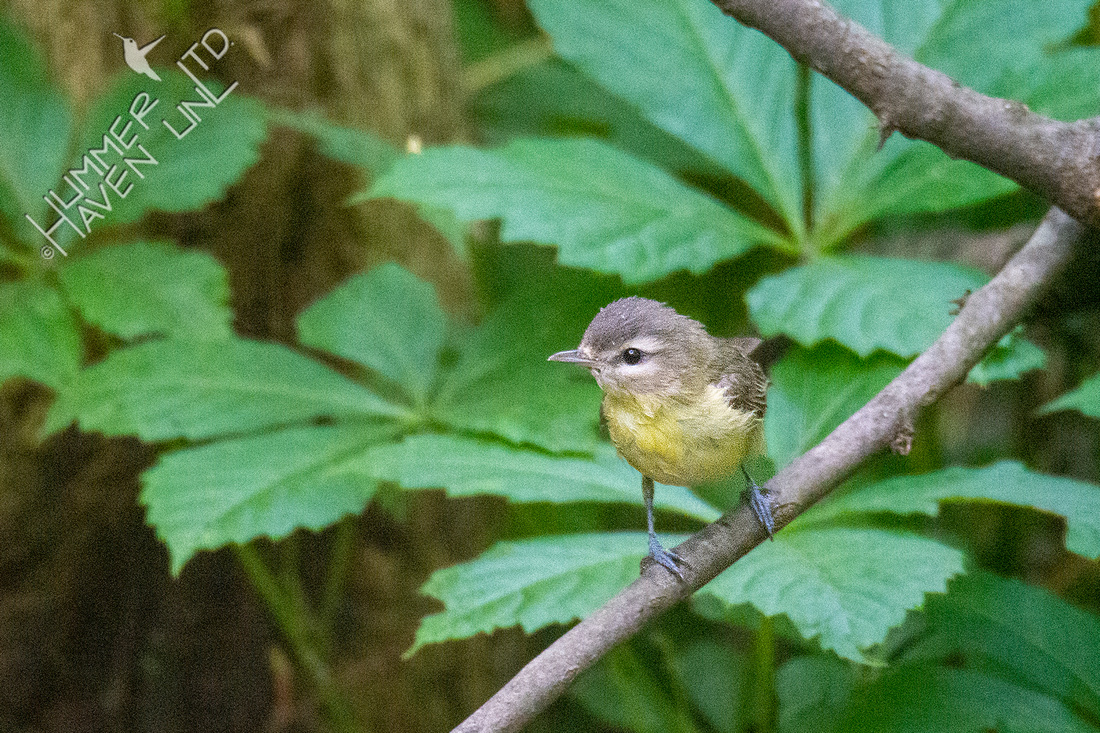 The latest addition to the year list is this Yellow-bellied Flycatcher for FOY #112. As of today, this ties up with last year's record. 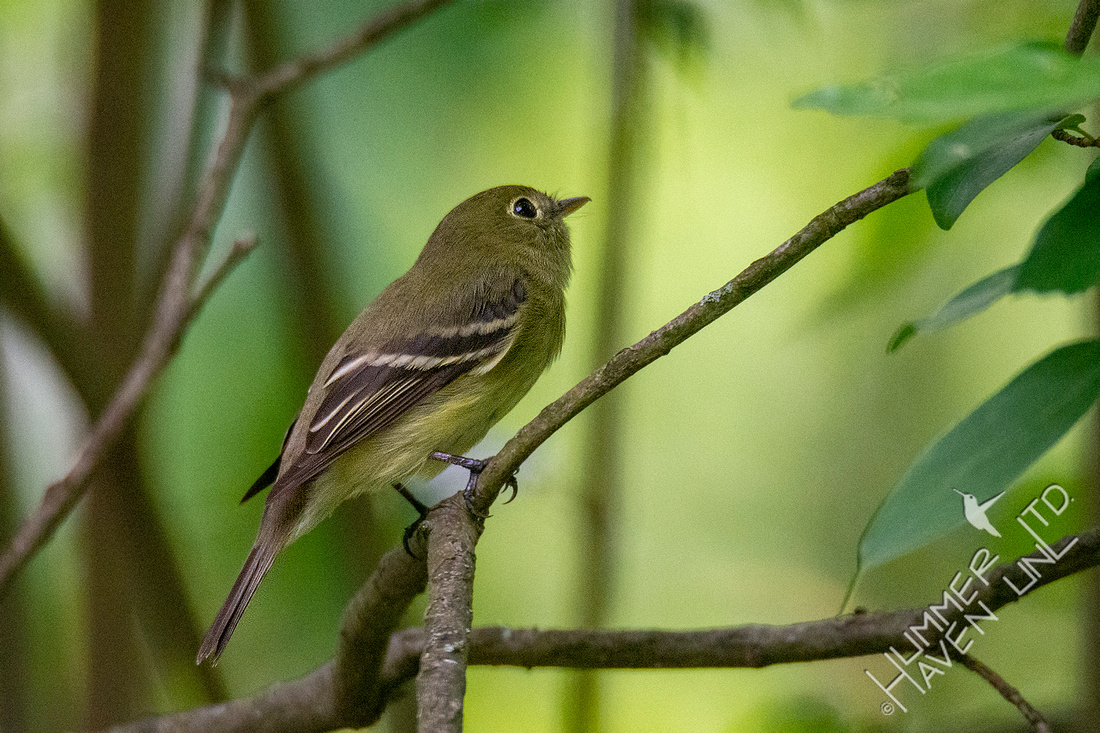 There may be a few more migrants yet to see, We'll be watching.

Here are the photos since the last post and a Bubbler cam video of the Scarlet Tanager to view. Enjoy!