Here are some of the sights seen in our Shady Oaks Sanctuary in the last week. Finally, I caught a Ruby-throated Hummingbird sipping nectar from the flowers of Red Buckeye (Aesculus pavia). Though we had frost two mornings, the flowers were not really damaged. Native plants are hardy, they have evolved with our Missouri weather! 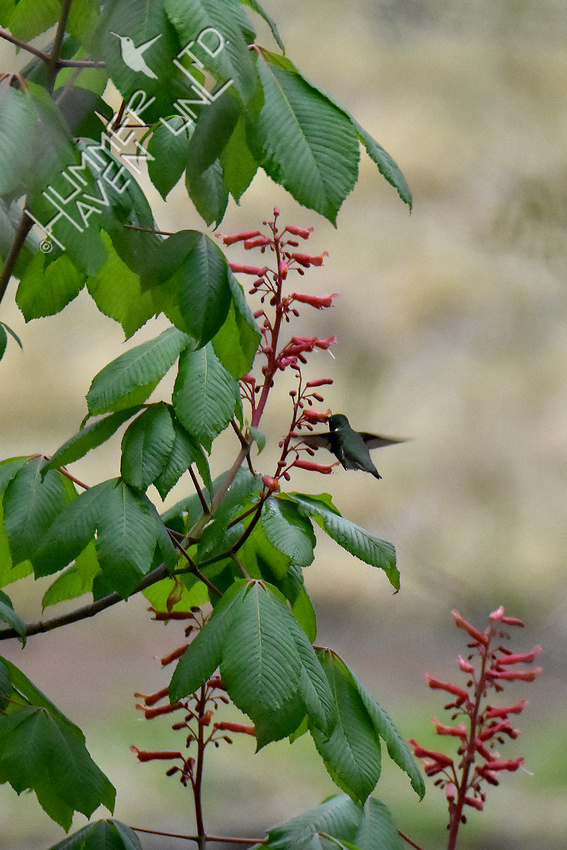 Both male and female (sans moustache) Northern Flickers have been seen in the woodland lately. 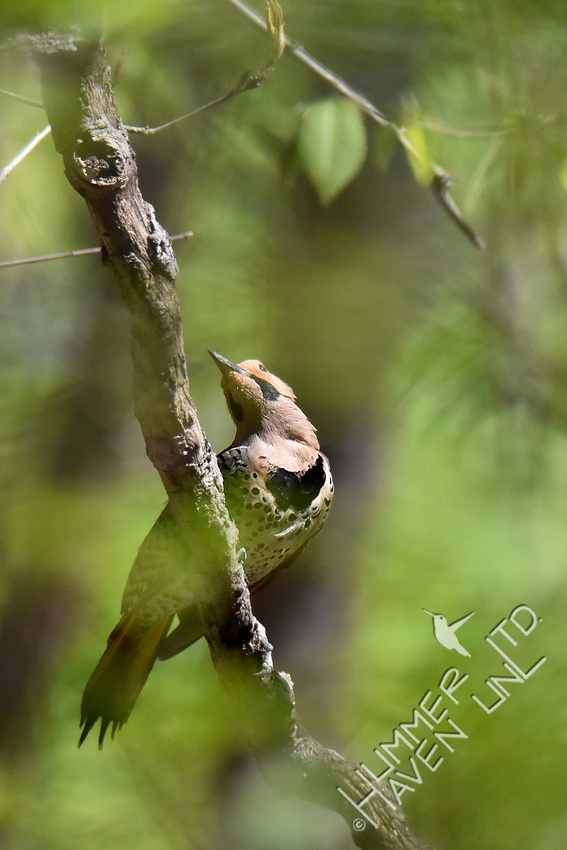 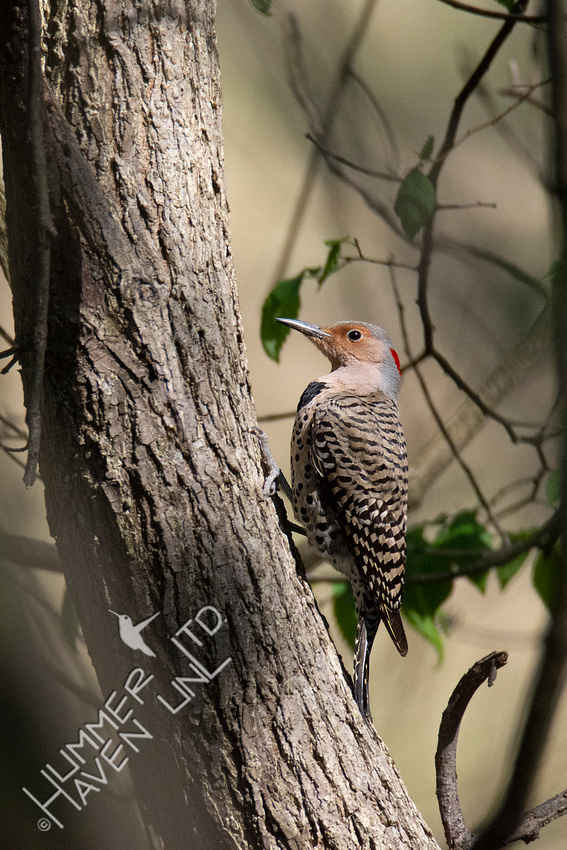 Chipping sparrows came in a flock of about a dozen or so on 4-18-20. I'm still hearing and seeing a few each day. 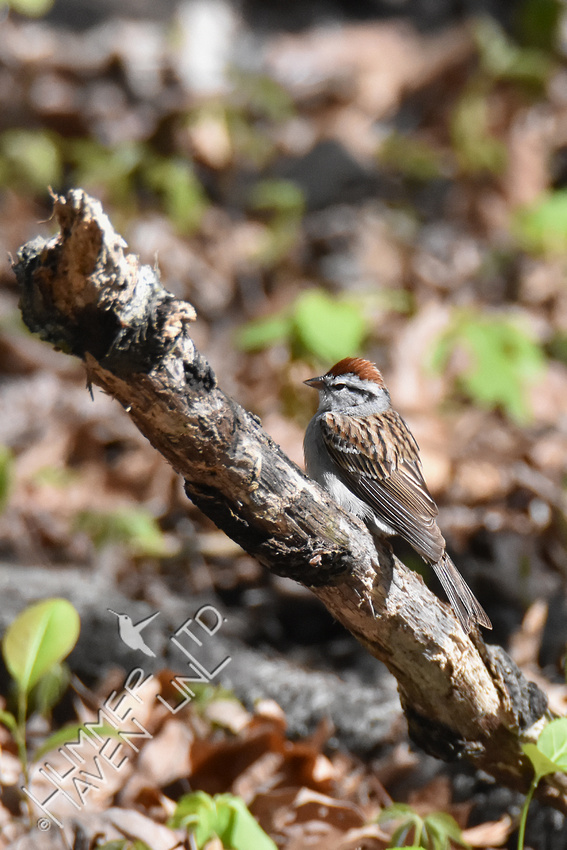 There is at least one, sometimes two, Hermit Thrushes that are here right now. 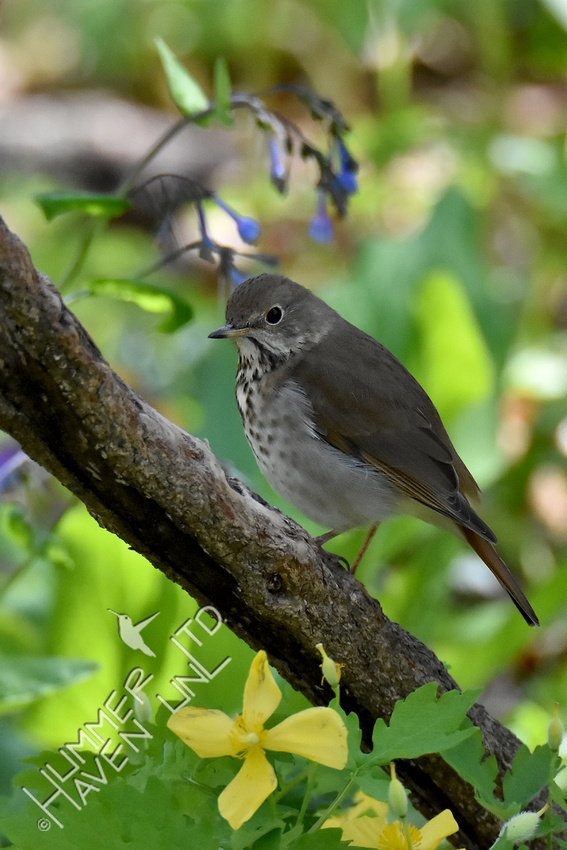 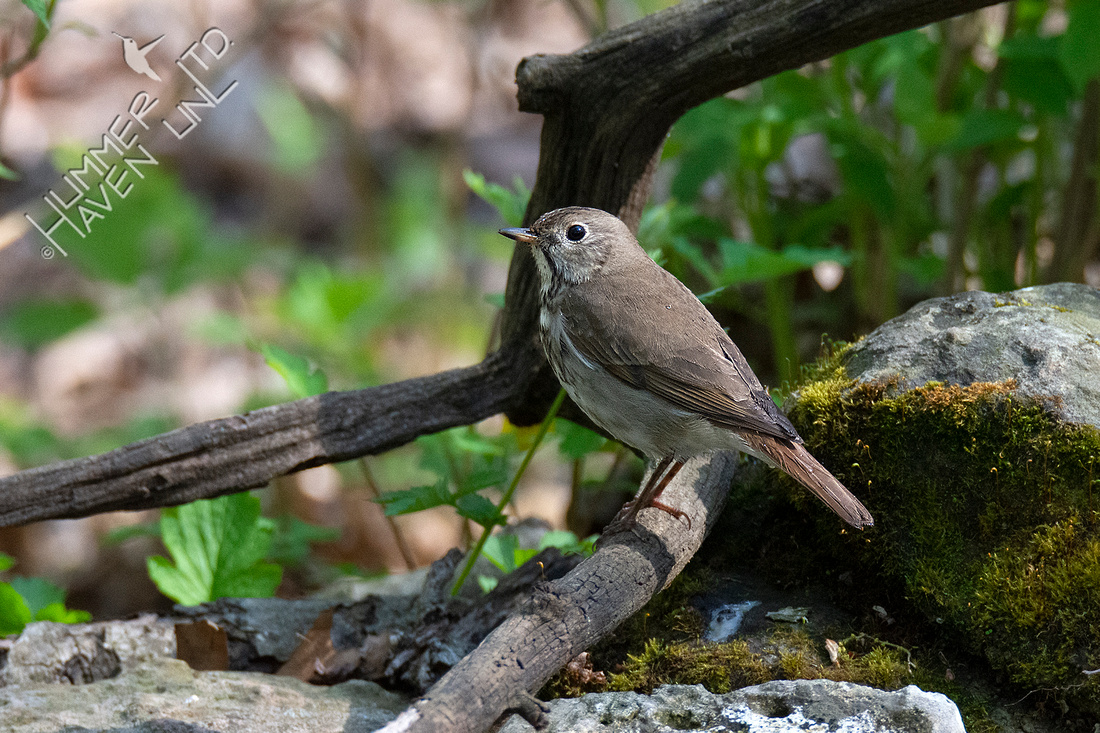 The Eastern Phoebes have been more active in the woodland and more vocal. I'm beginning to think that they may still try to use the nest they built. Maybe they're just waiting for the Carolina wren nestlings to be taken on the grand tour of the neighborhood. Once they fledge, the adults teach them how to find food, and those babes will be ready for their first flights very soon. 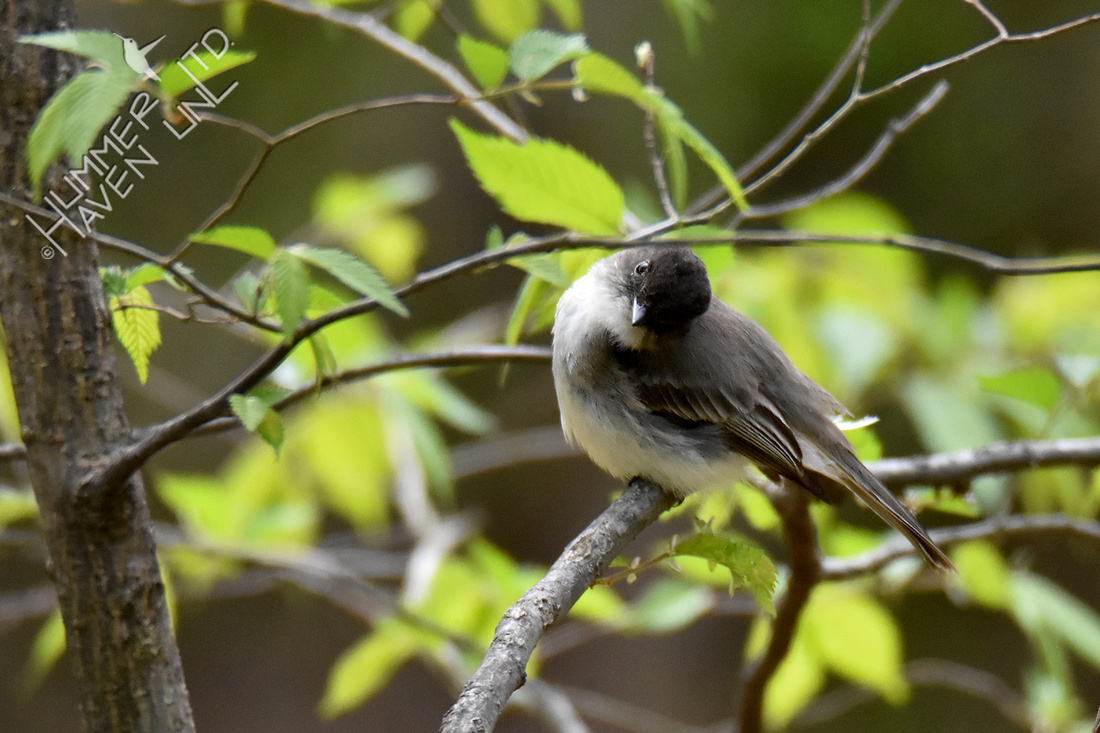 The Ruby-throated Hummingbird is still going to the bluebells. It does come to the feeder, but it seems to prefer the natural food. I'm so glad to see this because the nectar must provide something important to their diet. Some years, the birds have arrived too late for the blooms. Now that the birds know it's a reliable food source here, they look for it, as well as the tiny insects that hover near the flowers. 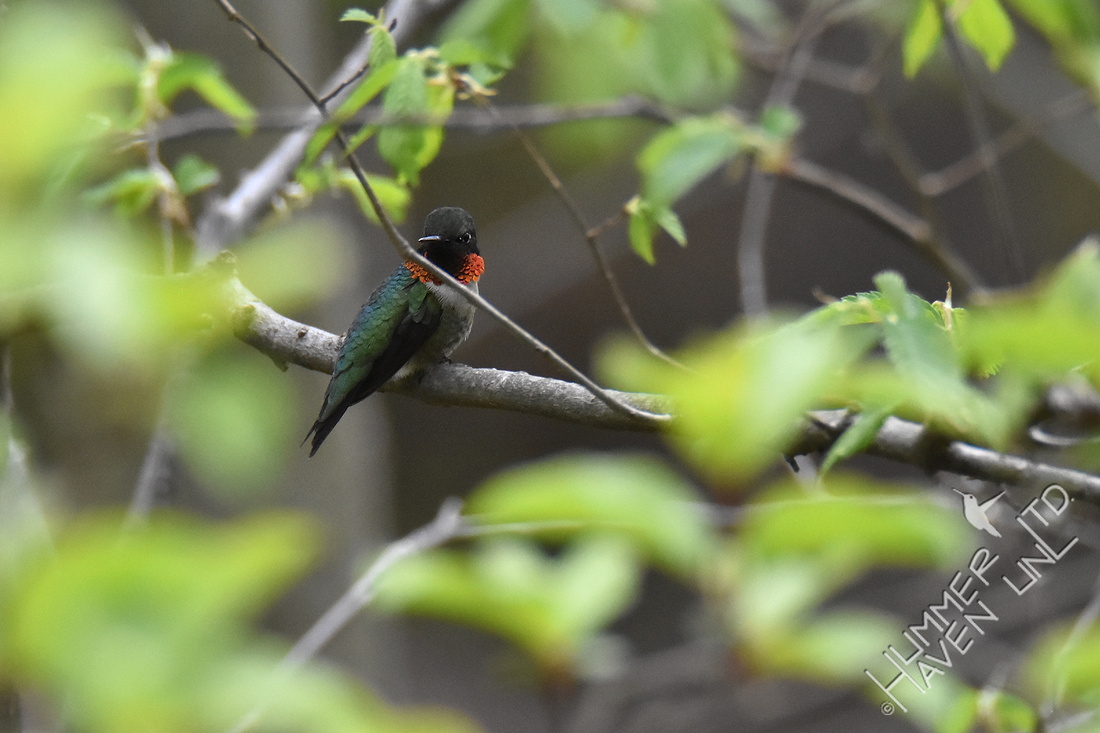 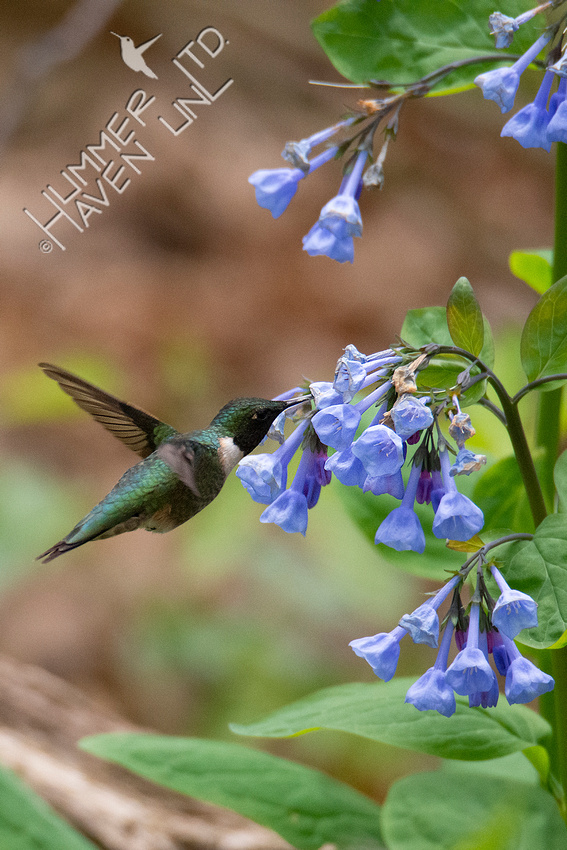 White-throated Sparrows are numerous now, and the white form birds are quite striking in their plumage. 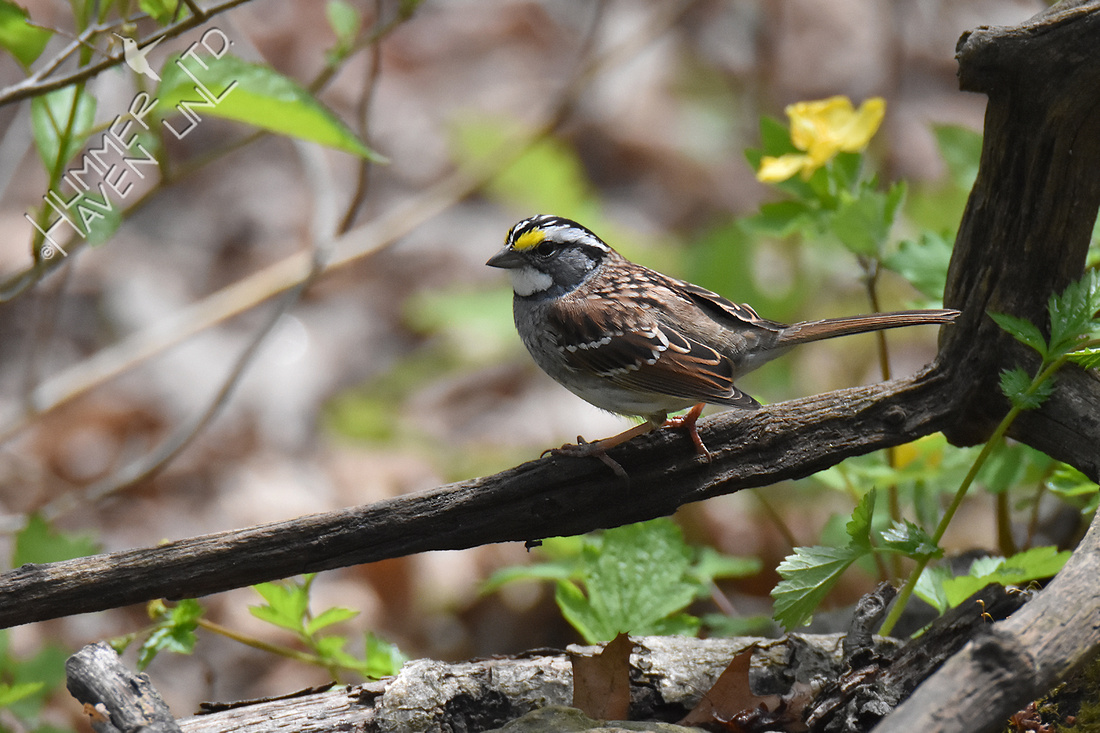 This Tufted Titmouse grabbed a small caterpillar off the hydrangea by the bubbler. It's the perfect size to feed a young nestling. 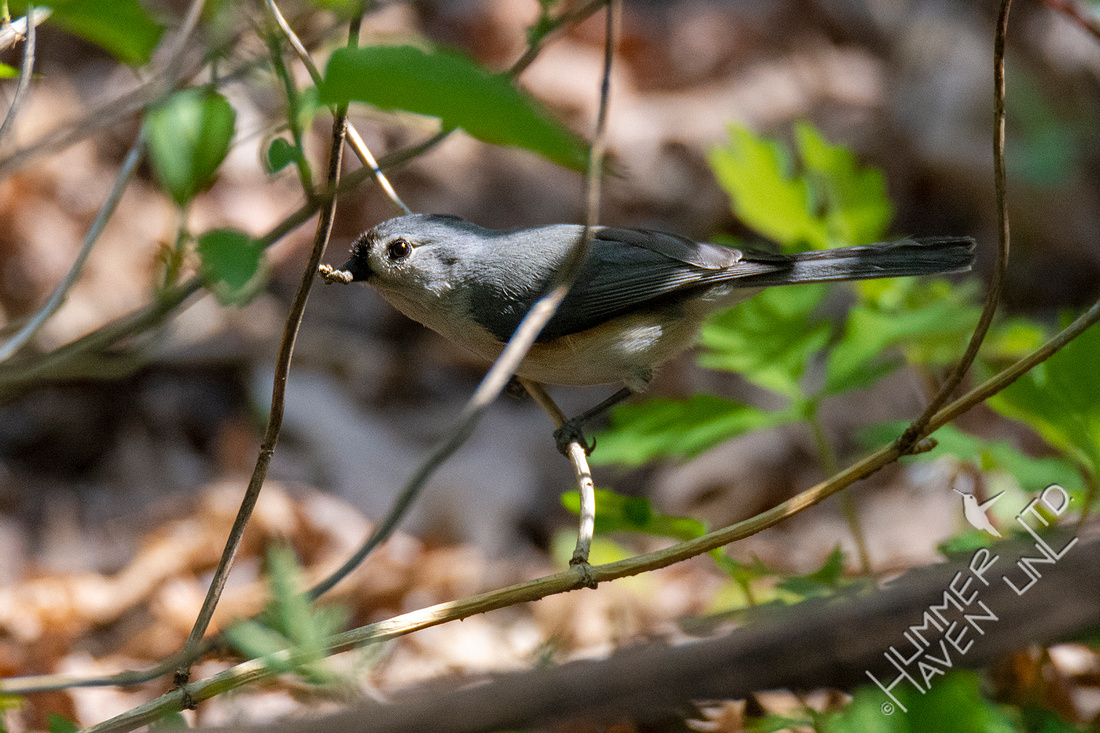 An Orange-crowned Warbler was #60 for the year. This was the only photo I was able to get, but hopefully more birds will be arriving soon. 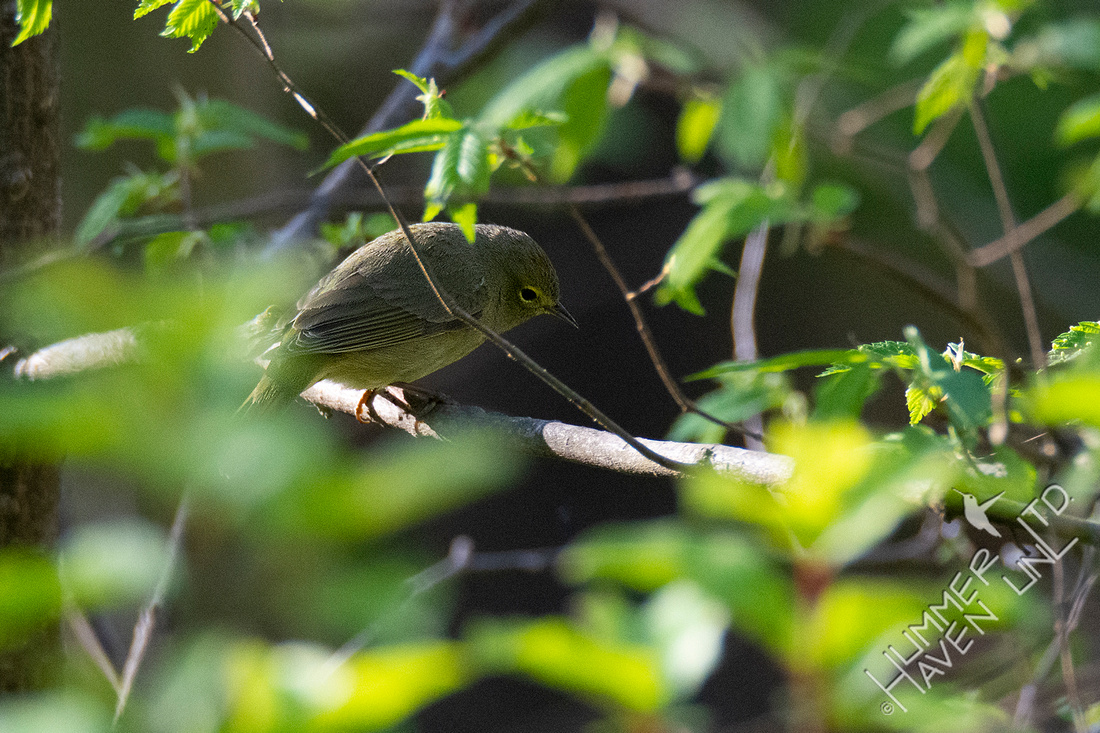 Those perky Ruby-crowned Kinglets are still frisking about at the Bubbler nearly every day! So exuberant! Yee-ha! 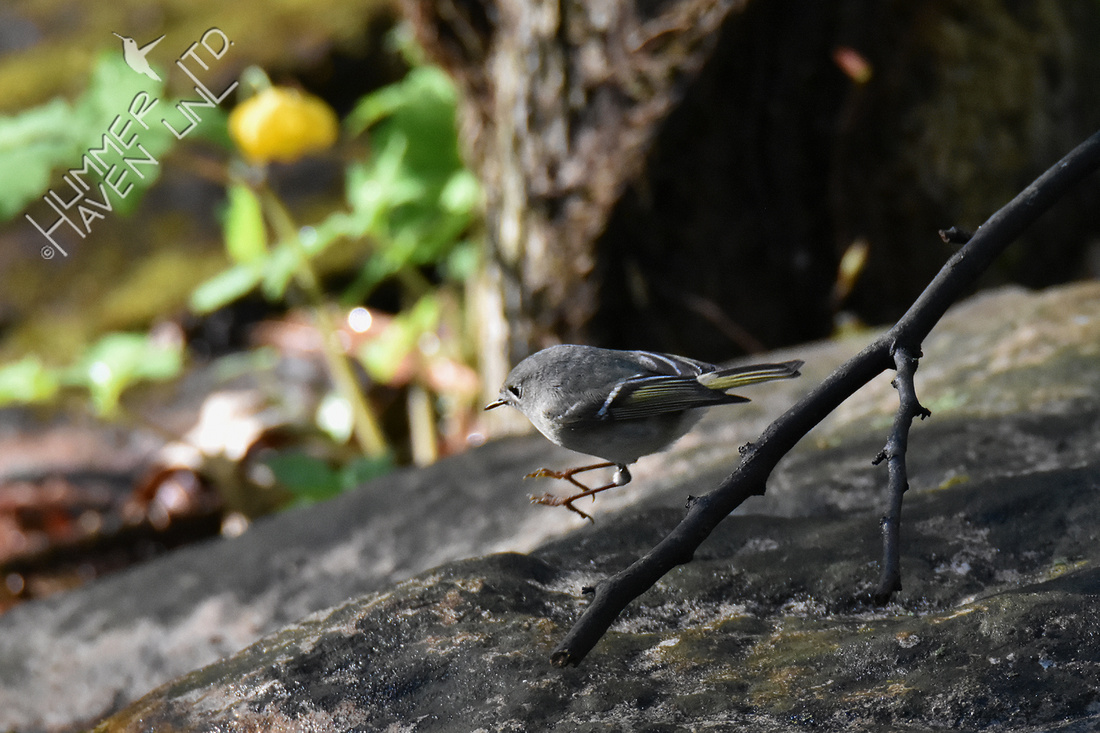 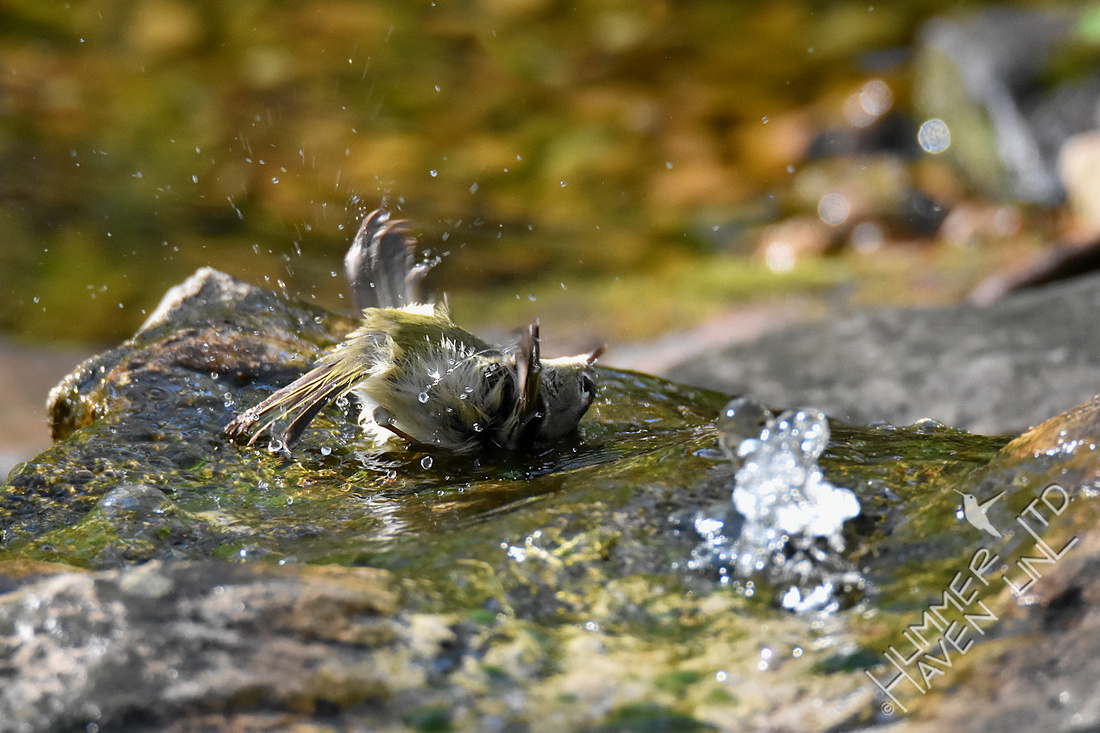 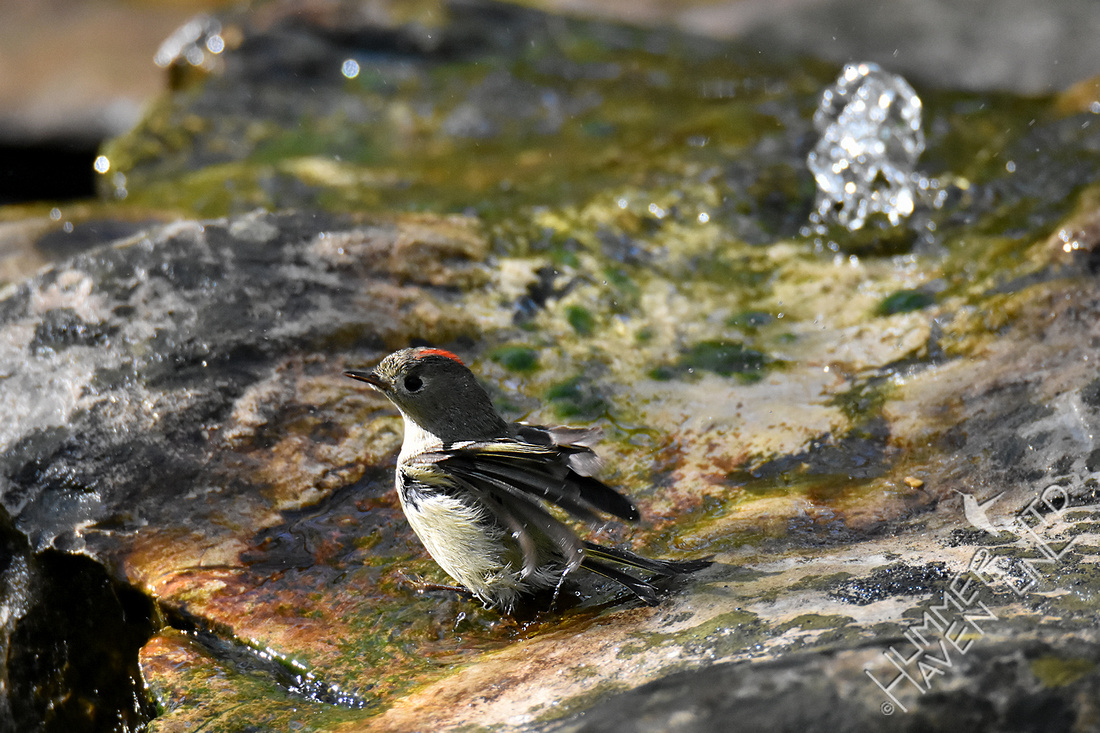 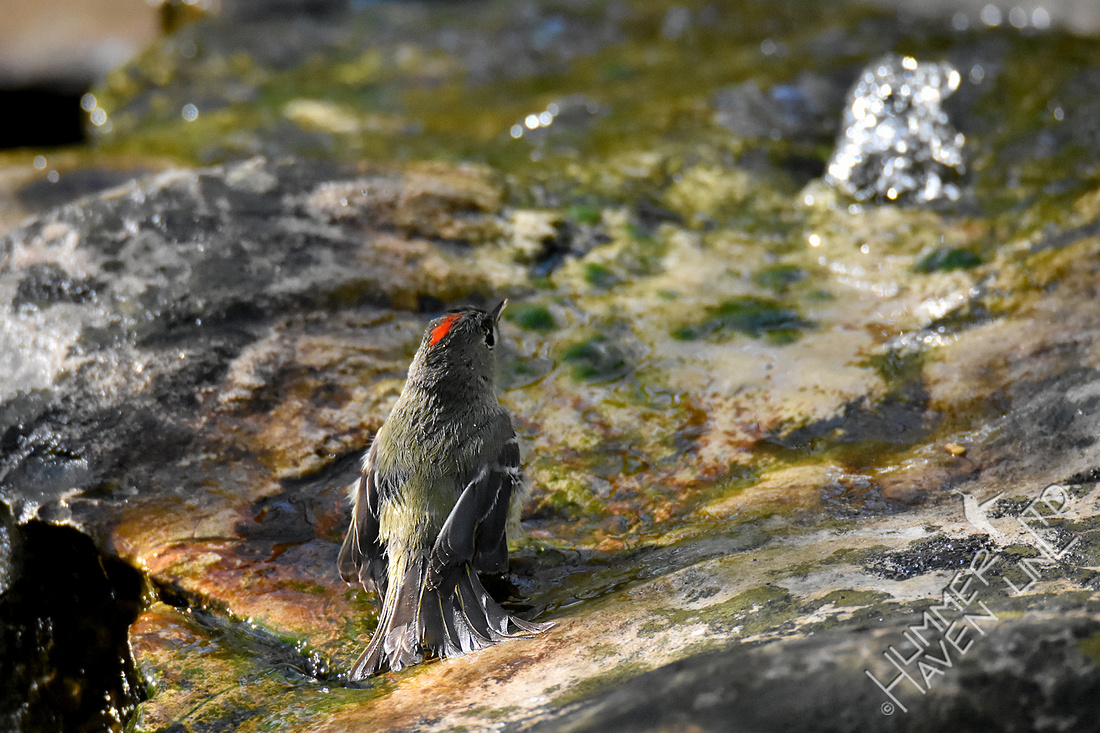 This photo was in the last post, but not everyone could find the bird. Believe me, I know how difficult it can be to find these tiny birds! It is the same species as the bird above, a Ruby-crowned Kinglet. Just wanted to give everyone an idea of this bird's tiny size in respect to its surroundings. It averages 3.5-4.3" long. A Ruby-throated Hummingbird is close to the same, but averages a bit smaller, 2.8-3.5". Look for the bird again...I'll add a 'show-me' photo at the end. 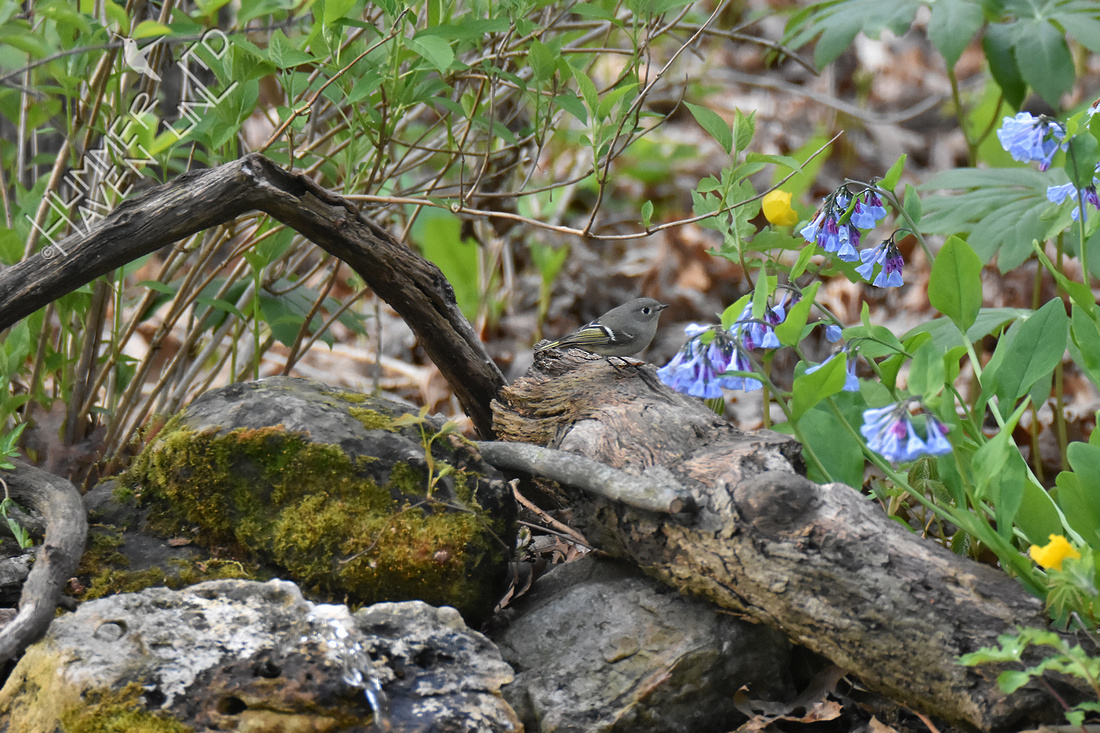 Warblers, warblers, that's what we're waiting for. The Yellow-rumped are here every day, both male and female. 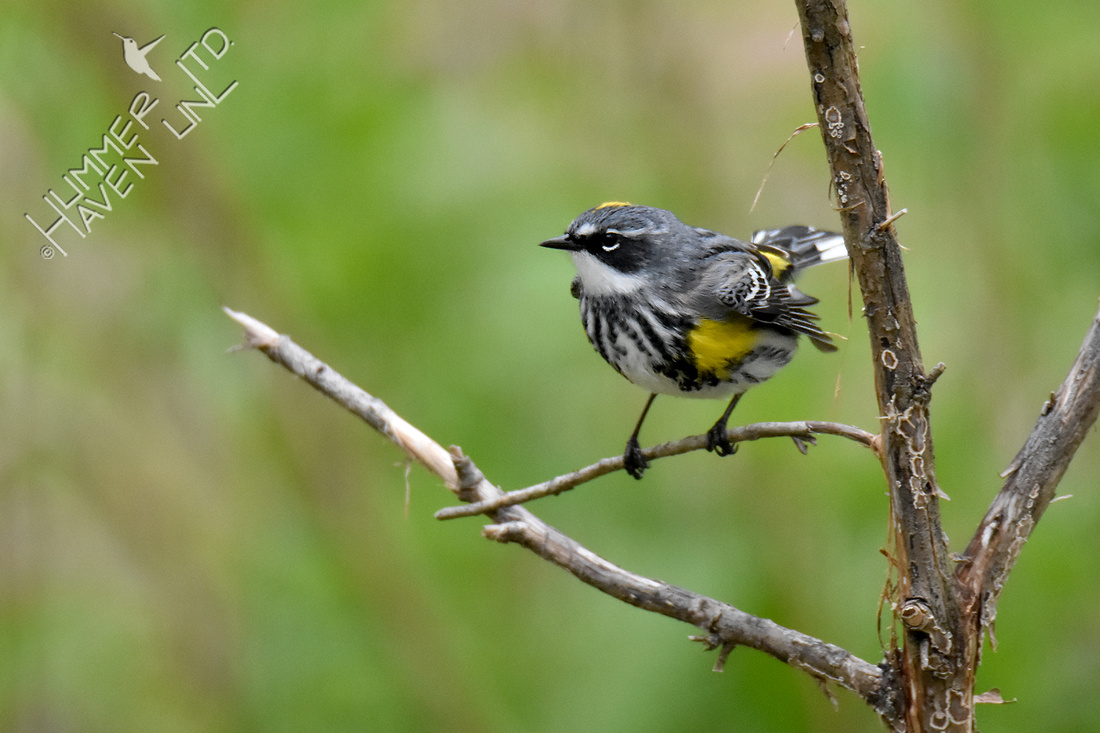 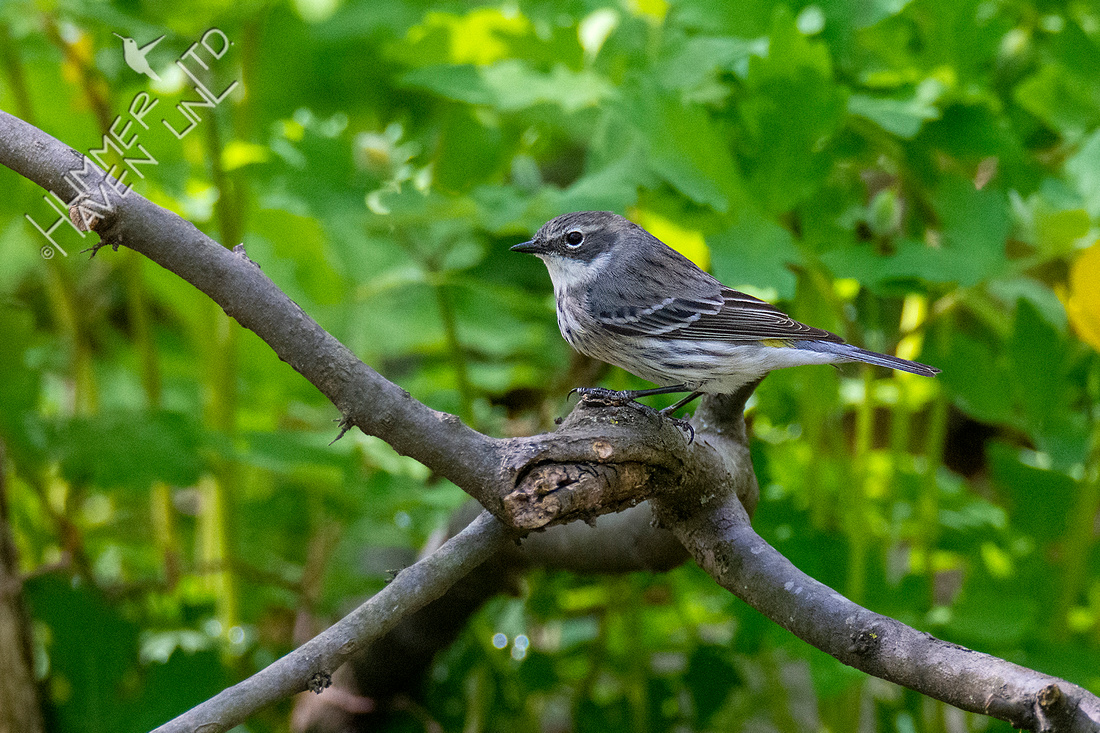 I had seen my first Northern Parula on 4-15-20, and yesterday, 4-21-20 another beautifully marked male was here. It was singing its heart out in the largest elm we have, right over my head. "zreeeeee-up!" The bird kept working his way around and down through the canopy, preferring the elms. I finally was able to get a few images when it was working the tree just above the Bubbler. That joyful noise made my day! 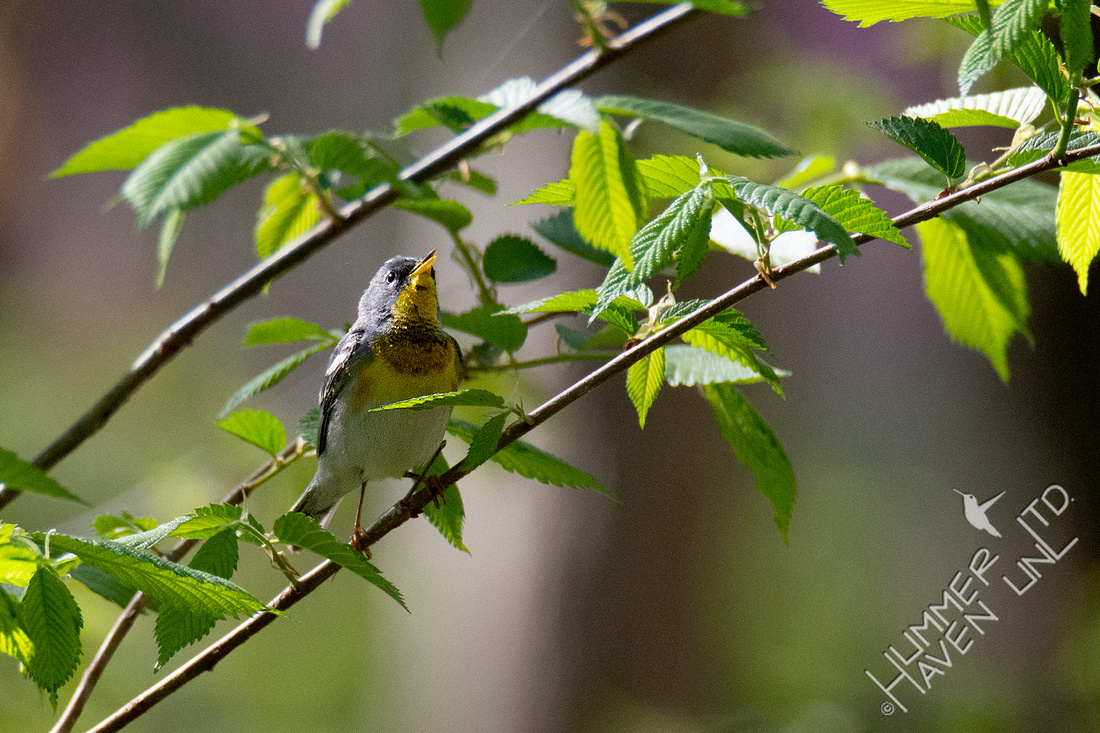 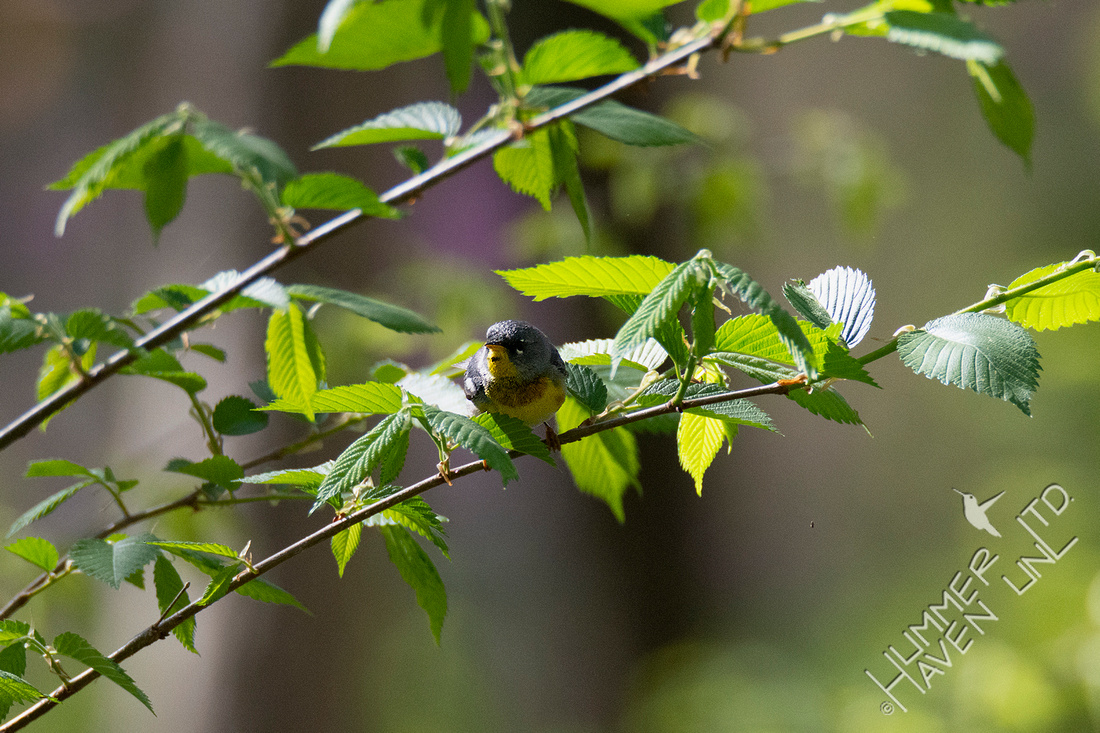 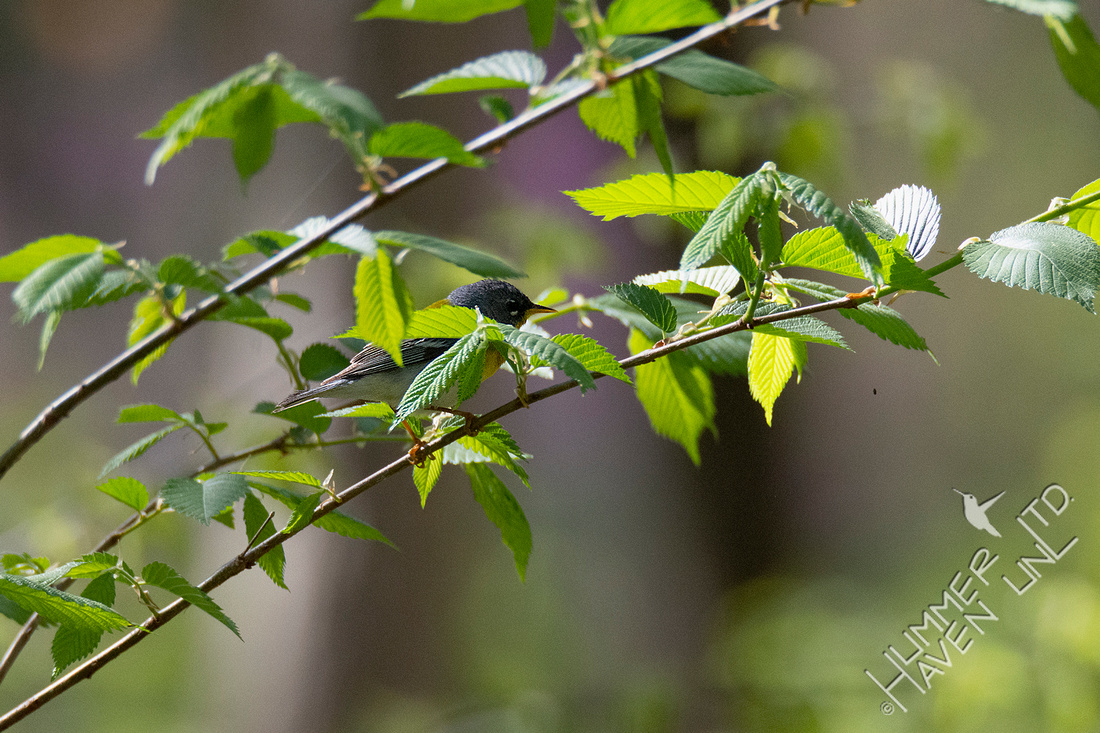 This morning, a new bird for the year, #63 stopped in at the Bubbler, a Swainson's Thrush. It doesn't have the rusty tail like the Hermit Thrush, but has buffy-colored eye-rings. 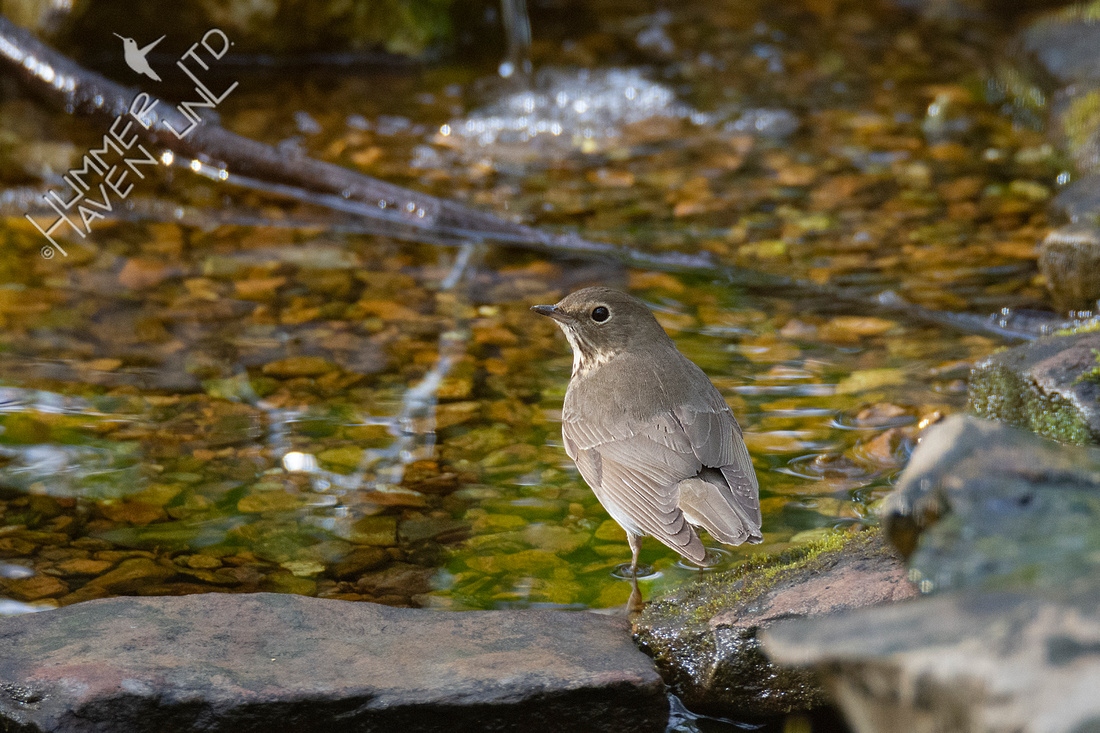 Here are a few more of our native blooms: Virginia Bluebells (Mertensia virginica) at their peak and Jacob's Ladder (Polemonium reptans). 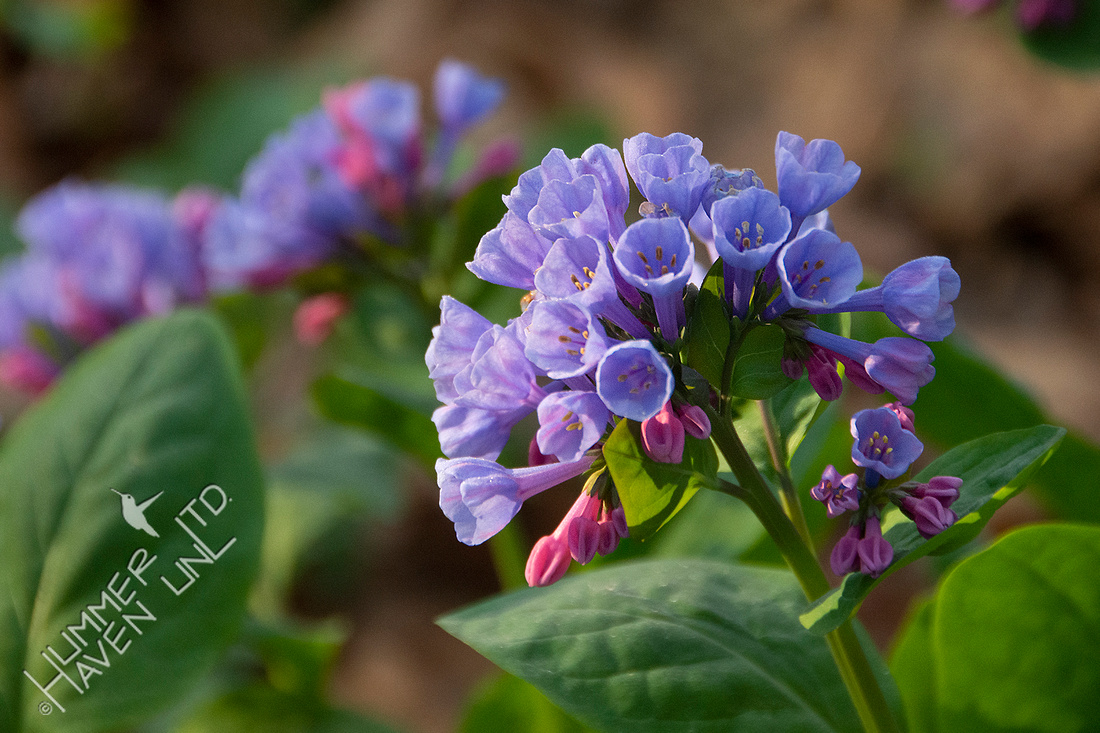 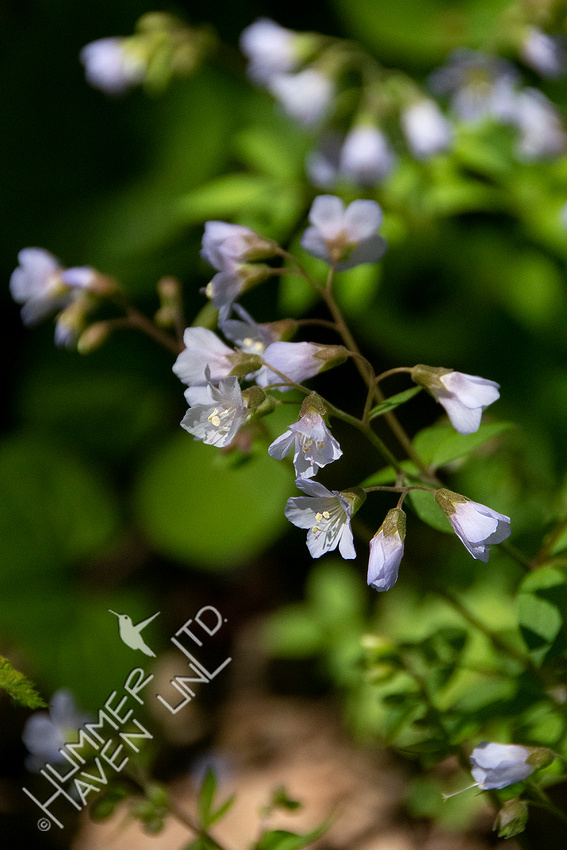 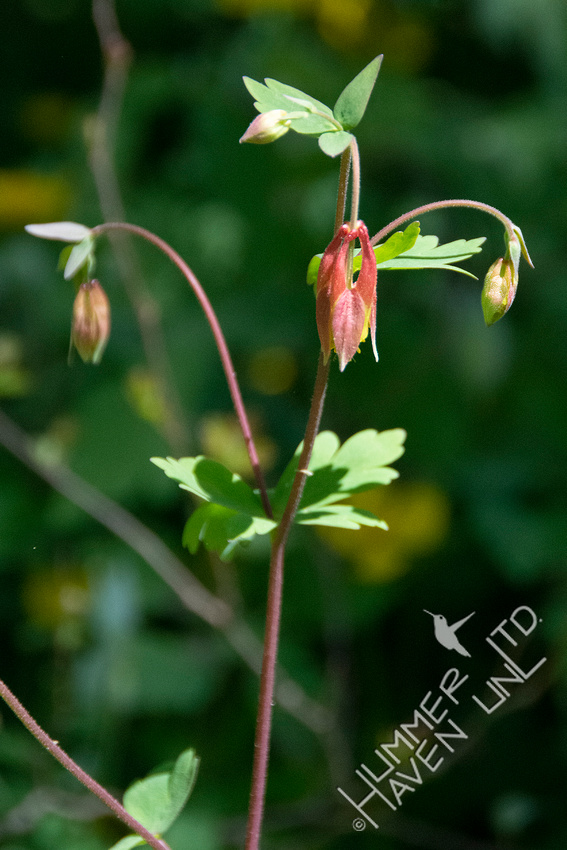 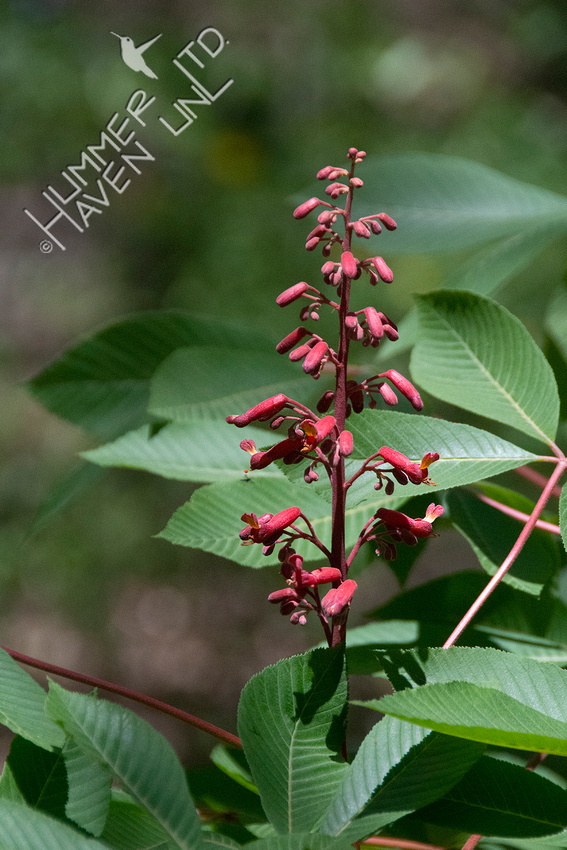 Cranesbill (Geranium sanguineum) has just begun to open. What a lovely color, too. That's a wood violet beneath it on the left. 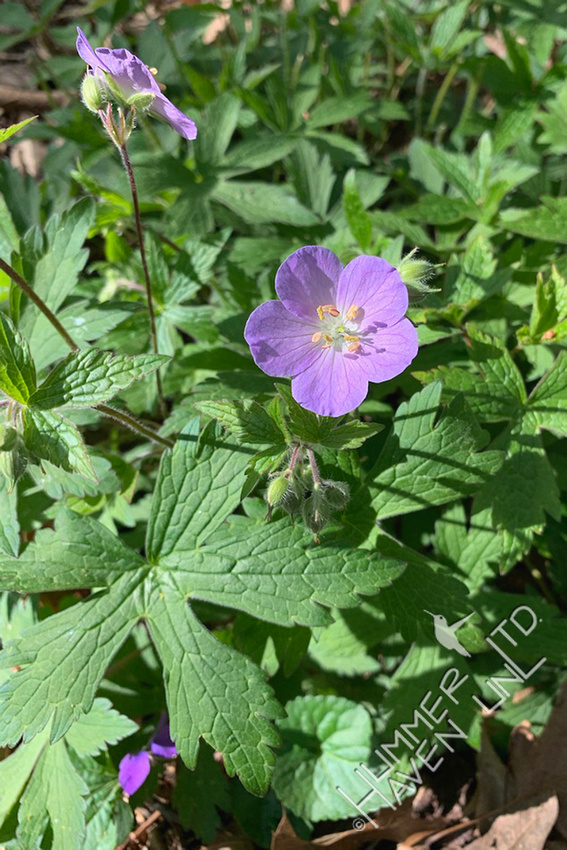 Last but not least, the 'show-me' photo! Congratulations, you found the bird! 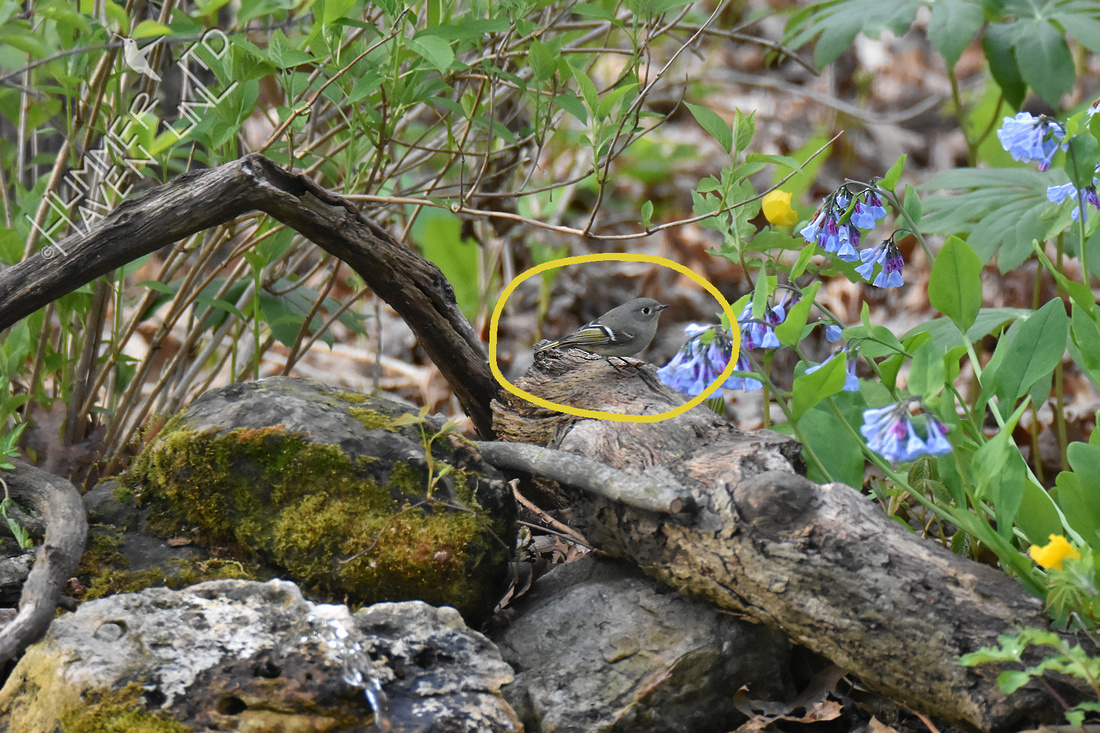 Stay healthy and safe out there!

I especially enjoyed the photos of the Kinglet bathing. Great catch!