The hues, scents and sights of April are with us! 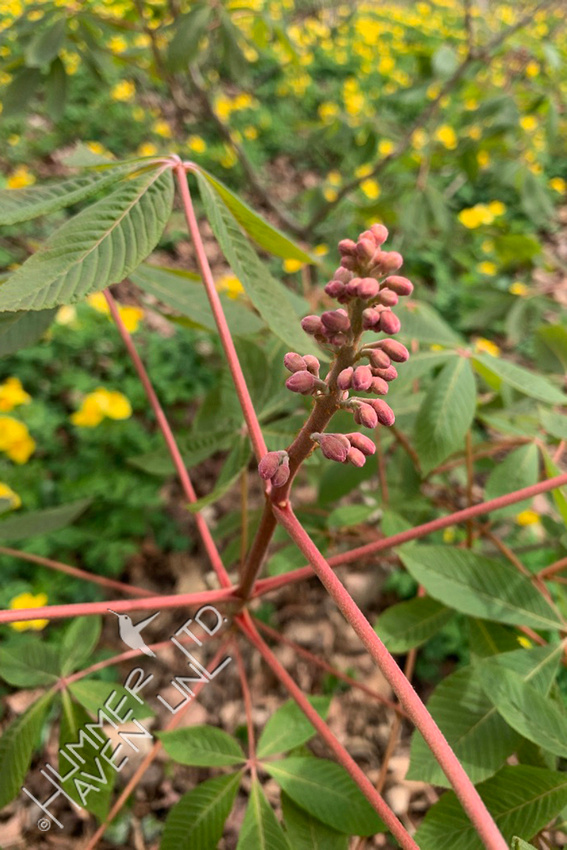 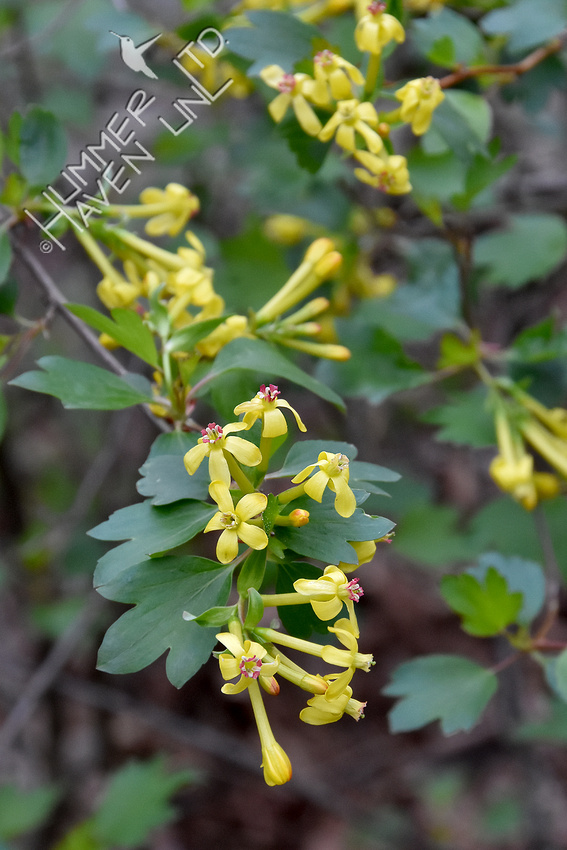 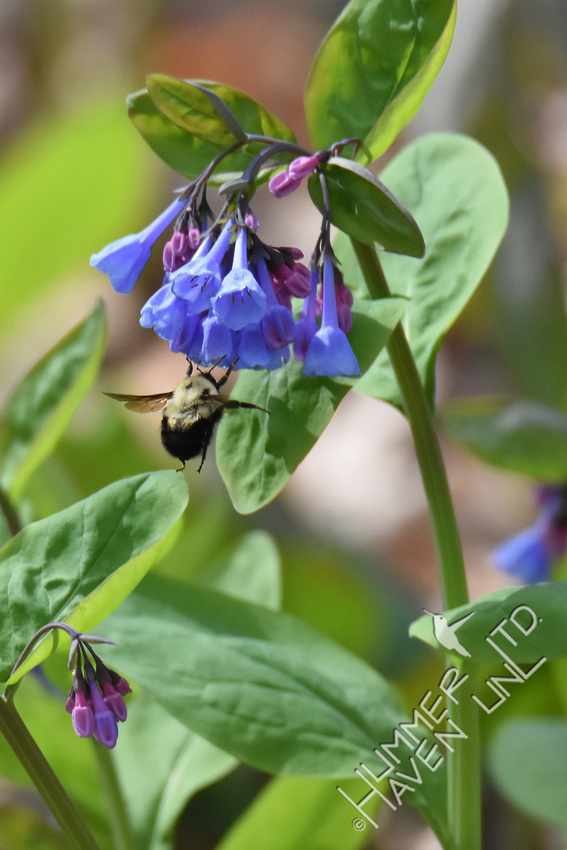 Warm days have brought birds in to freshen up and shake their tail feathers, like Carolina Chickadees, Tufted Titmice and American Robins. 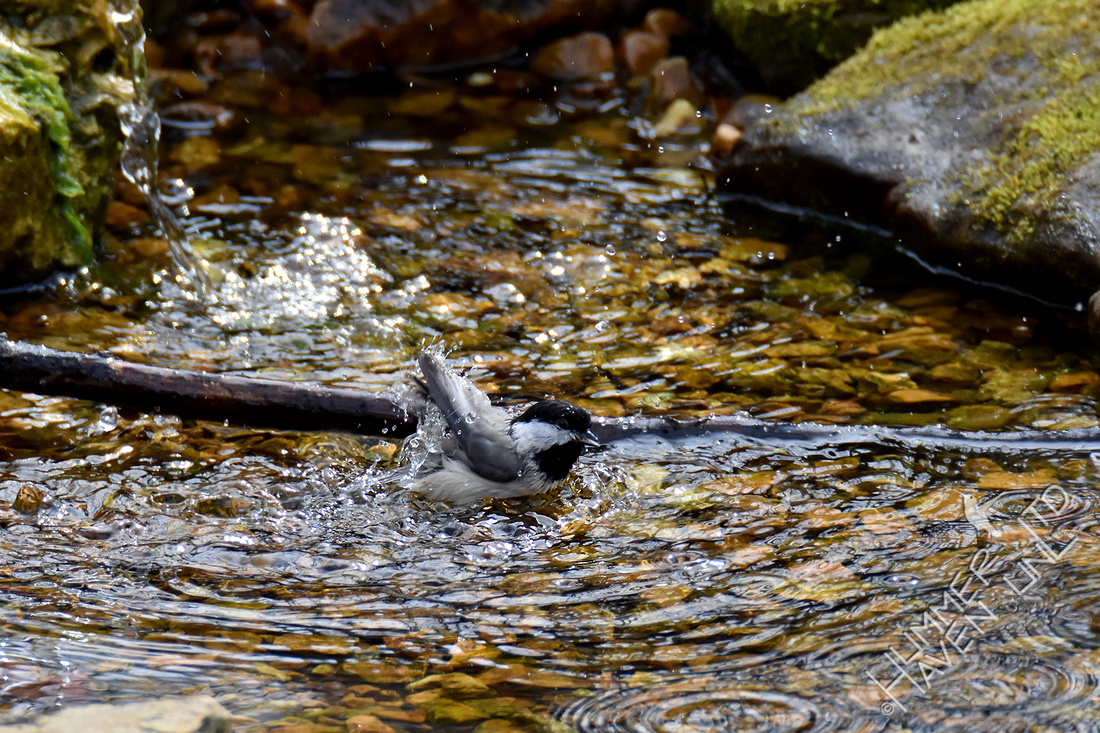 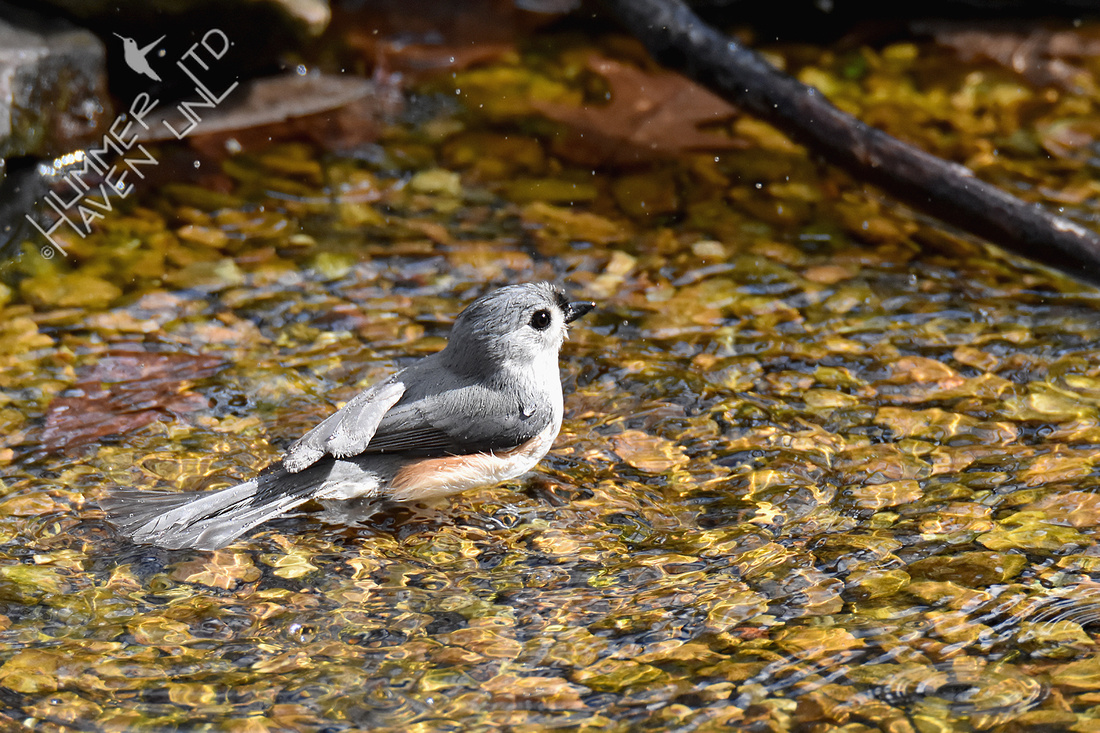 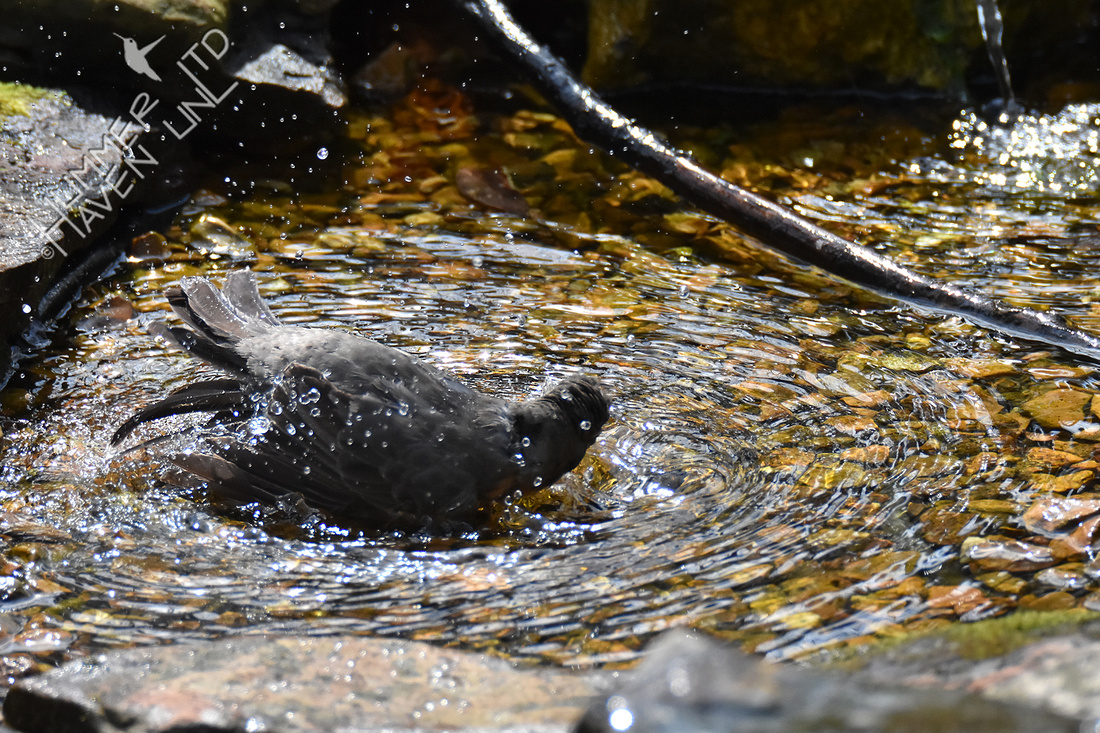 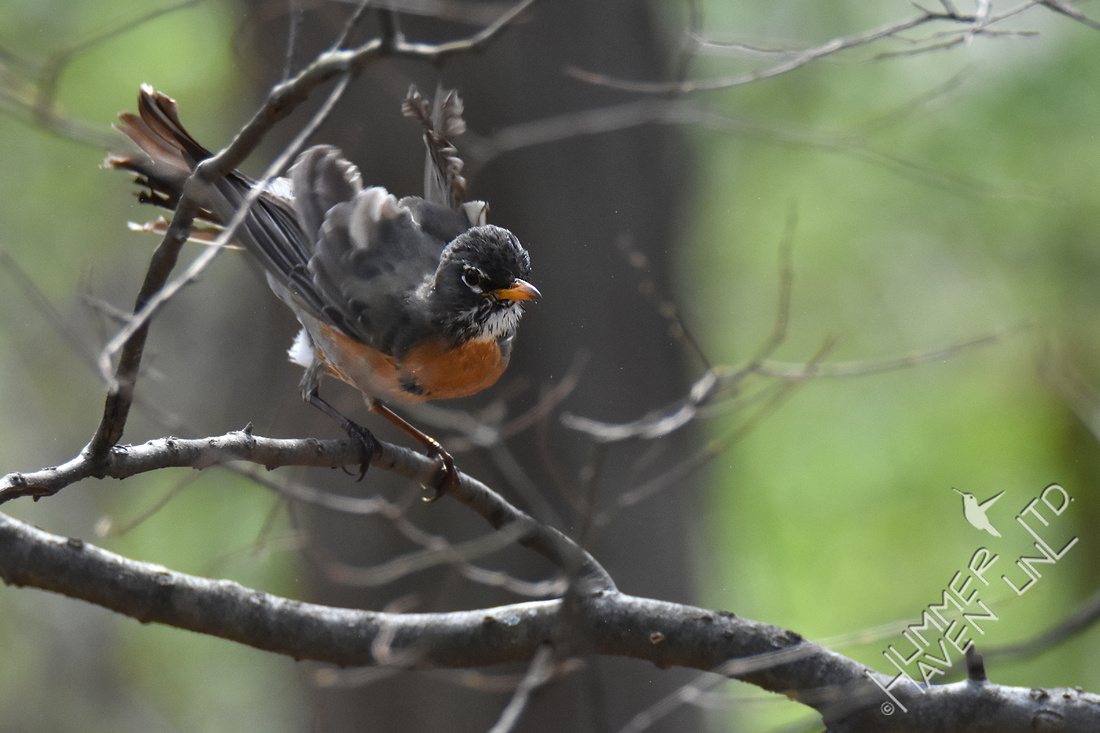 Even one of the Cooper's Hawks came in to the sump puddle to bathe, until it was rudely interrupted by harassing crows. 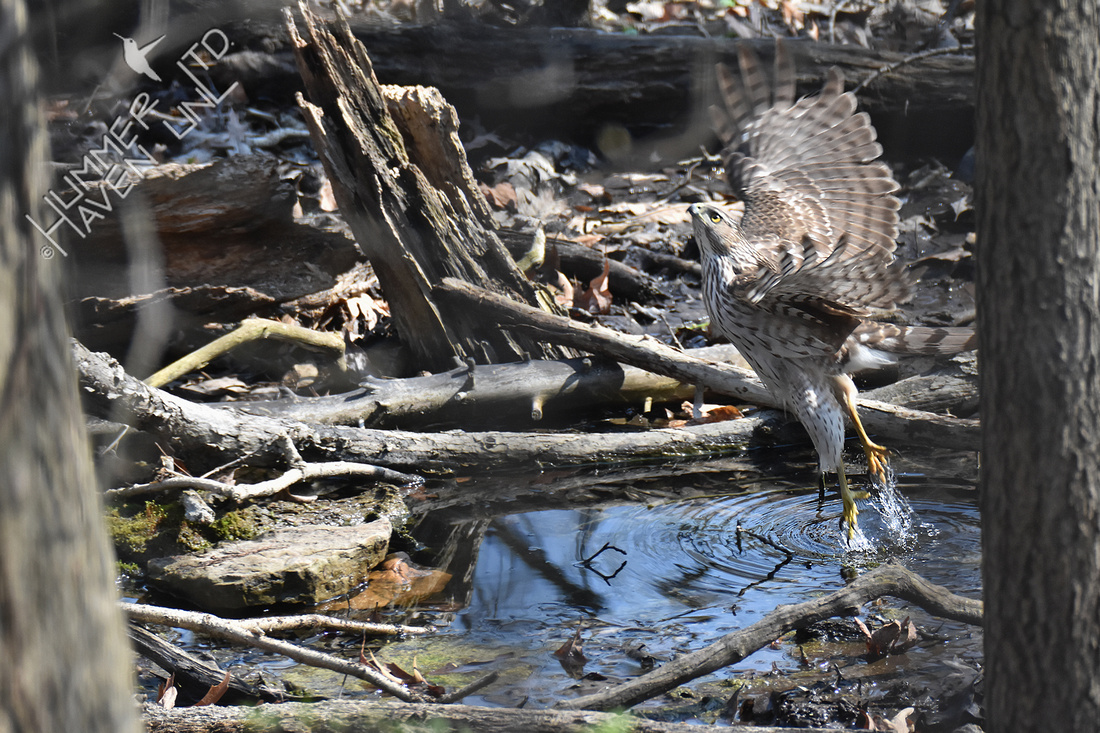 Two female Yellow-bellied Sapsuckers have been seen on several days. The Brown Creeper may have moved on, more are being seen elsewhere, finally making it to friends' yards. 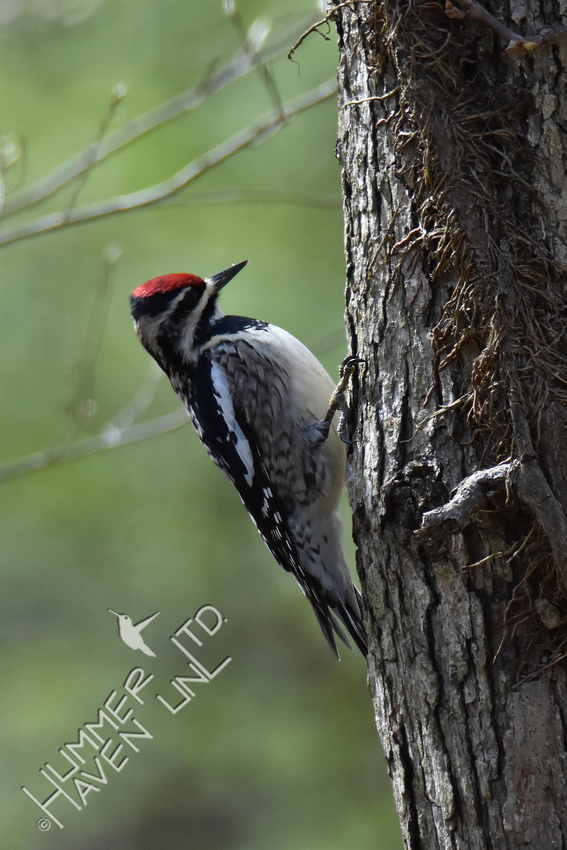 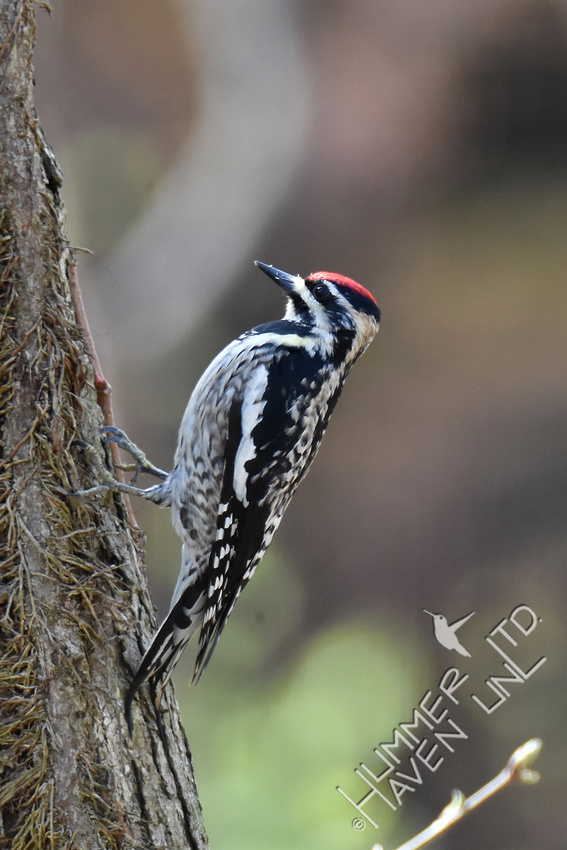 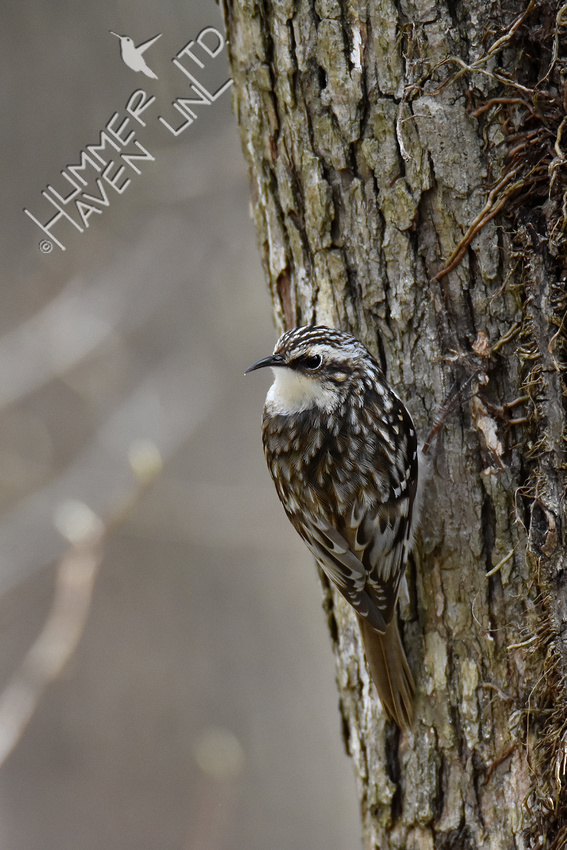 American Goldfinches are nearly finished molting into their bright plumage, though some are shy about sitting still for a portrait. 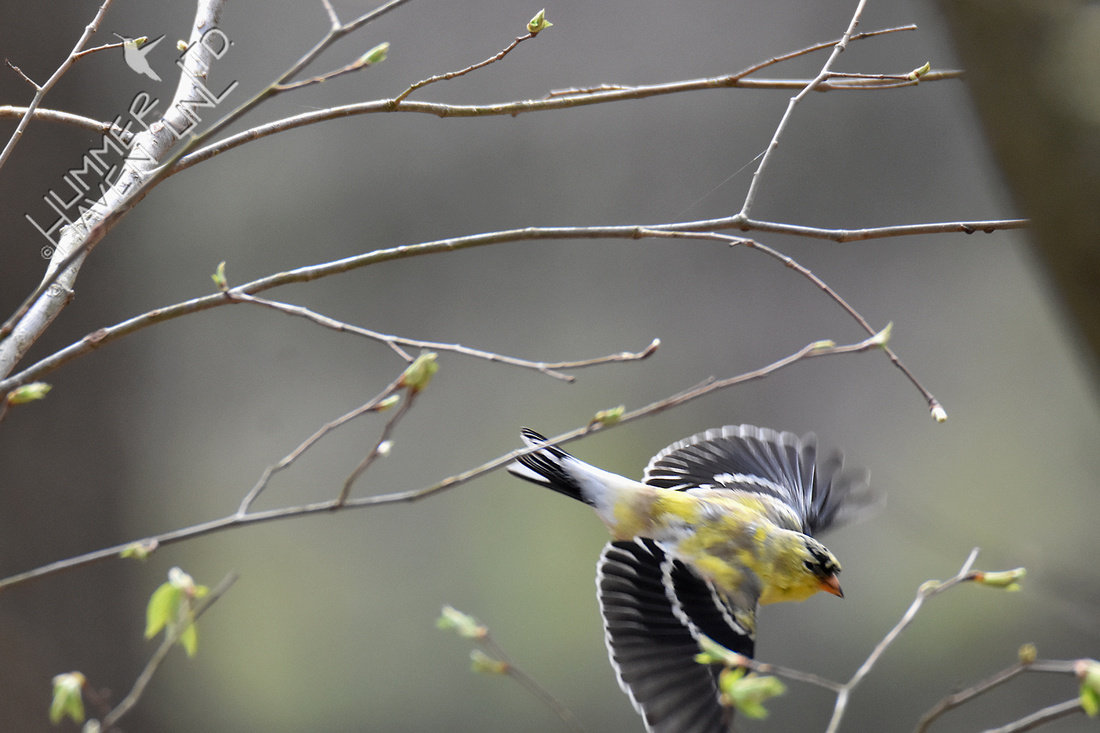 The Eastern Phoebes are still busy at nest-building, constantly pumping their tails up and down, up and down when they stop to perch. 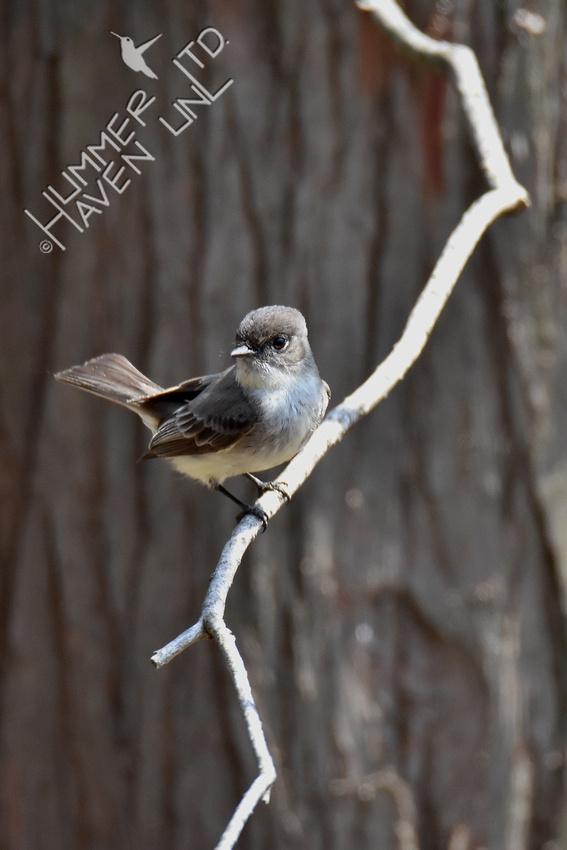 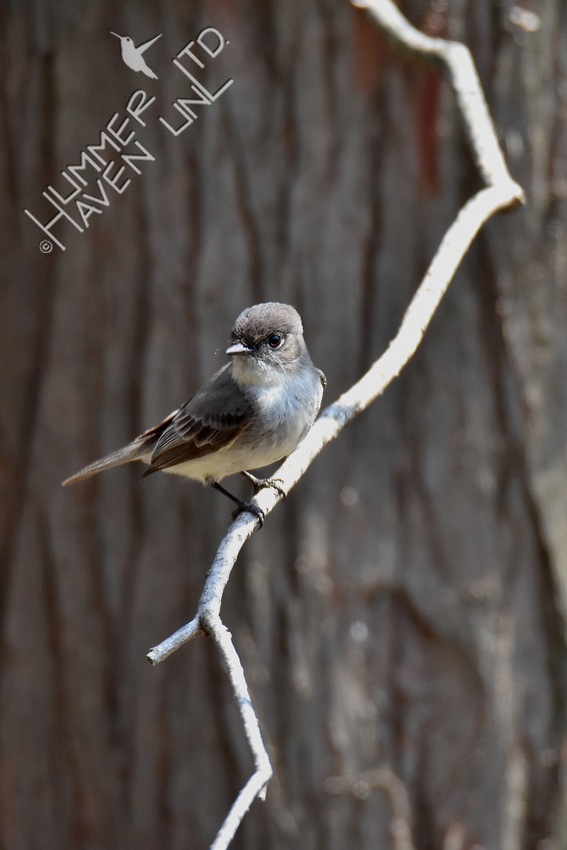 Carolina Wrens are still bouncing about. I saw one today fly to the nest on the left with a leaf in its bill, quickly tagged on the tail by the Phoebe! Nature is just full of interesting interactions, especially at this time of year. 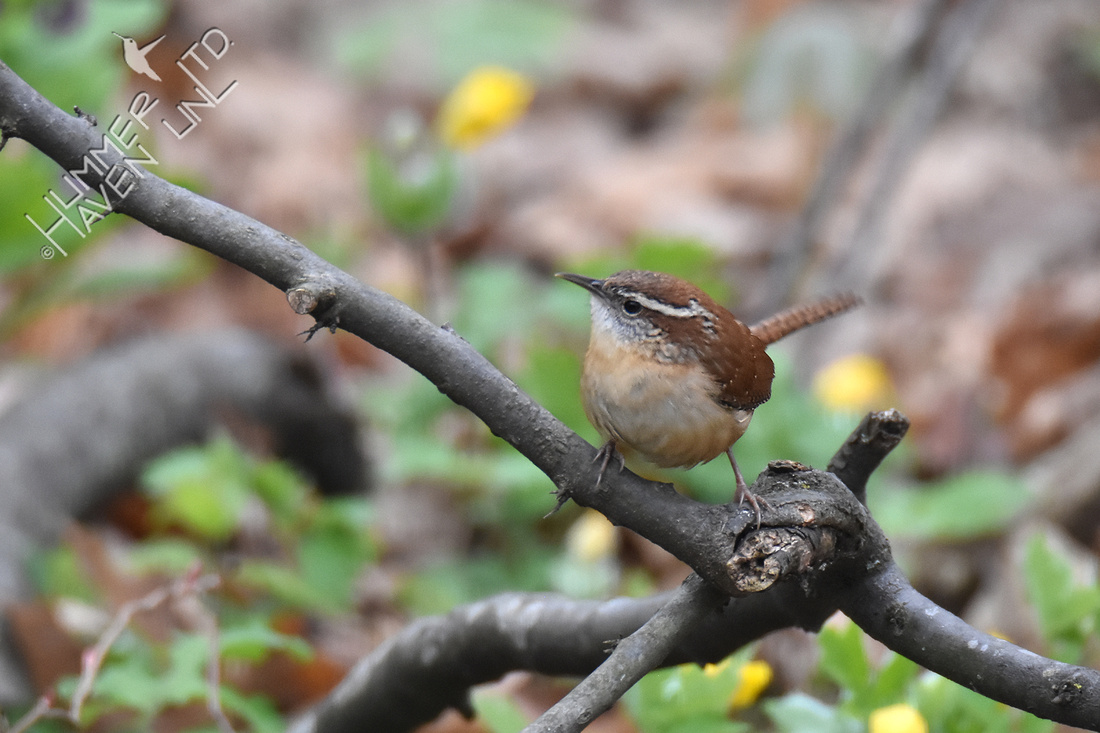 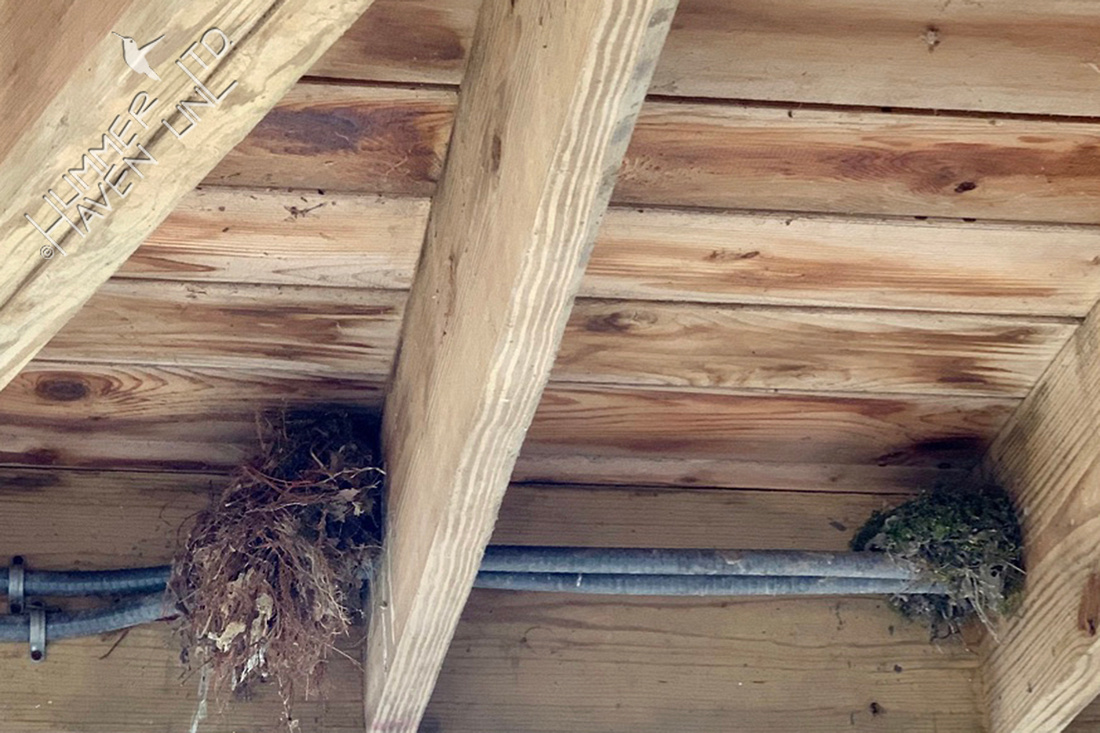 We took the Eastern Bluebird box down for a few days to deter the Eurasian Tree Sparrows. They seem to have claimed a box in a neighbor's yard. Our friend, Cori suggested using the filament line to continue deterring them until bluebirds or other native birds take the box. Today, another sparrow approached, seemed confused by it, fluttered in front and did not go in! So far, so good! 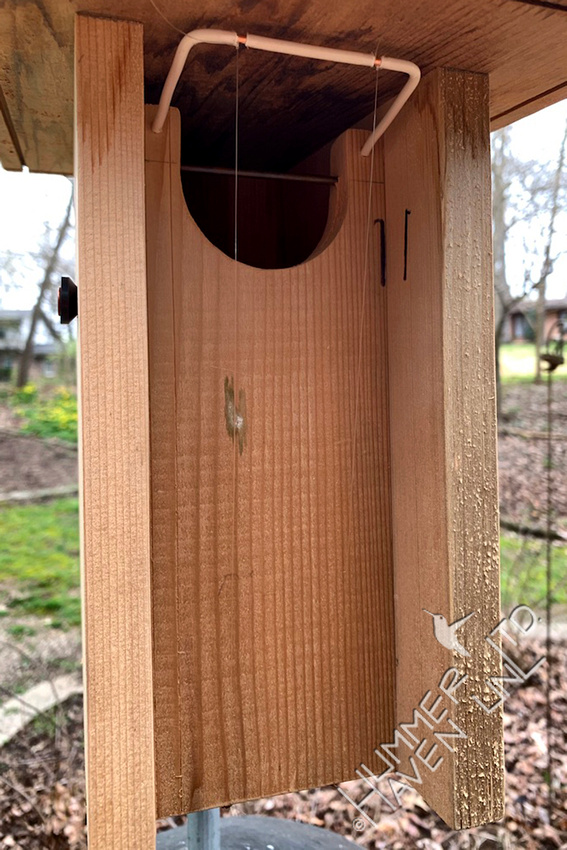 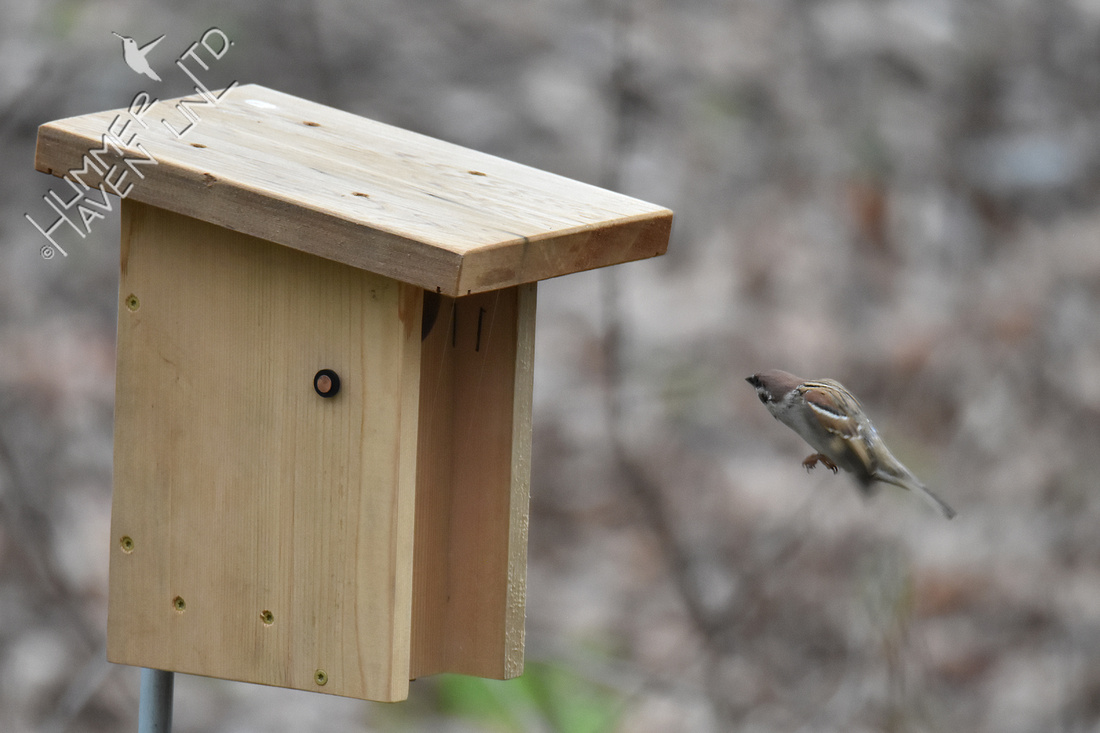 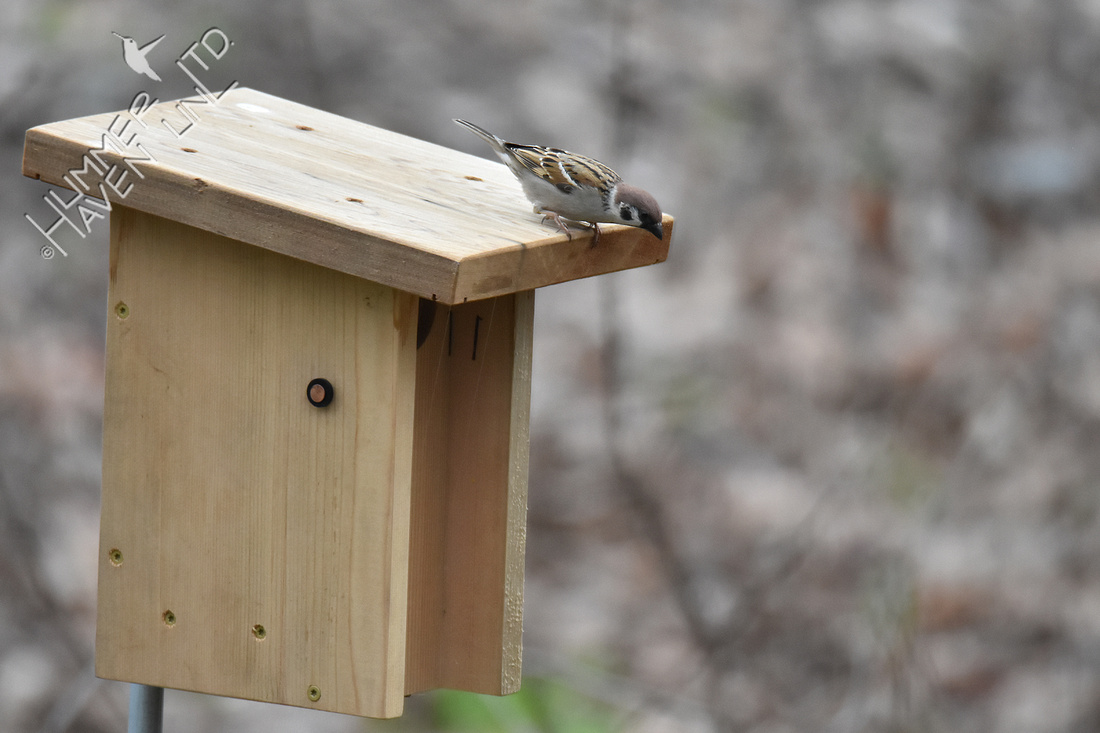 Ruby-throated Hummingbirds are getting closer, one has made it as far as Michigan! So, we have two feeders up and ready. Here's the map if you want to keep tabs on their progress: 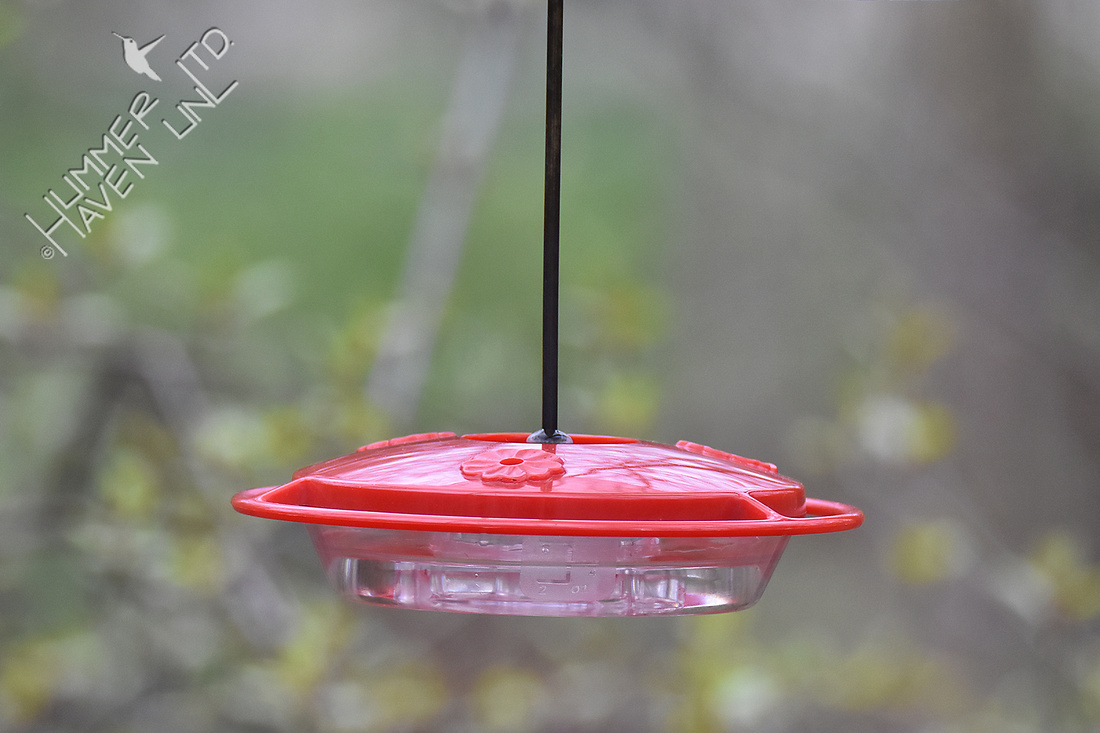 We've consolidated our feeding stations into one at this point, serving black oil sunflower, safflower, bark butter and peanuts. 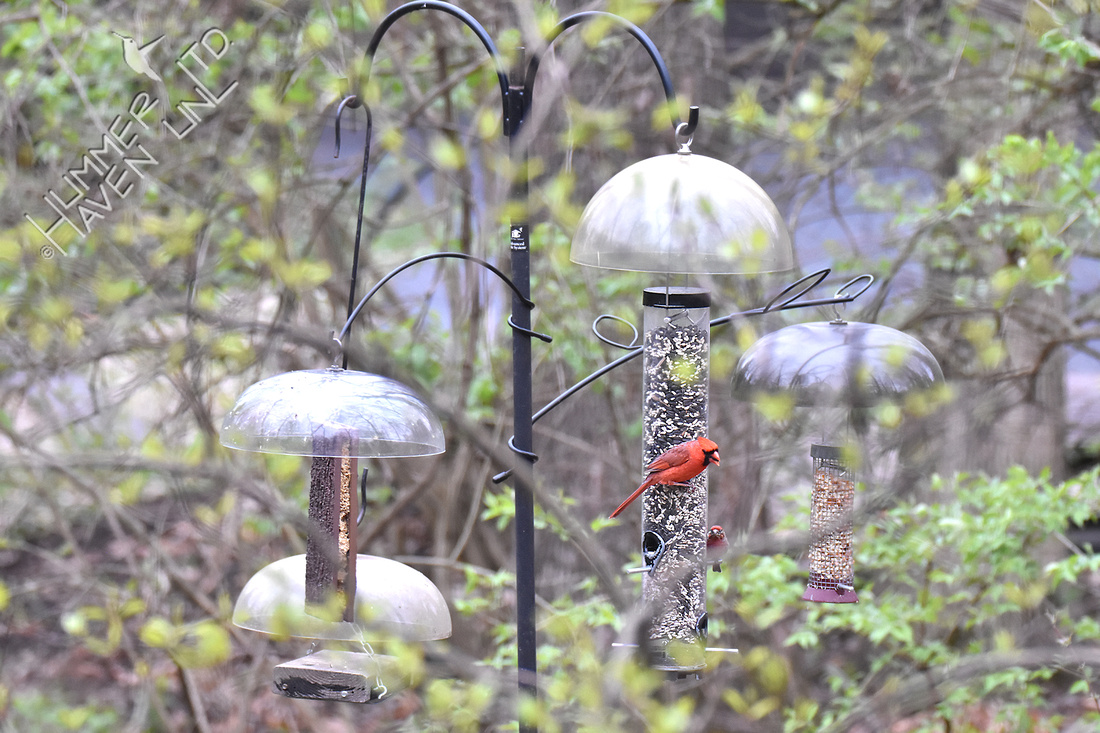 A Hermit Thrush showed up yesterday, our newest bird for the year, species  #52. Today, I realized there were at least two here in the yard. The second one seems fine but is definitely different. It was easier to see why when it landed on the bluebird box! 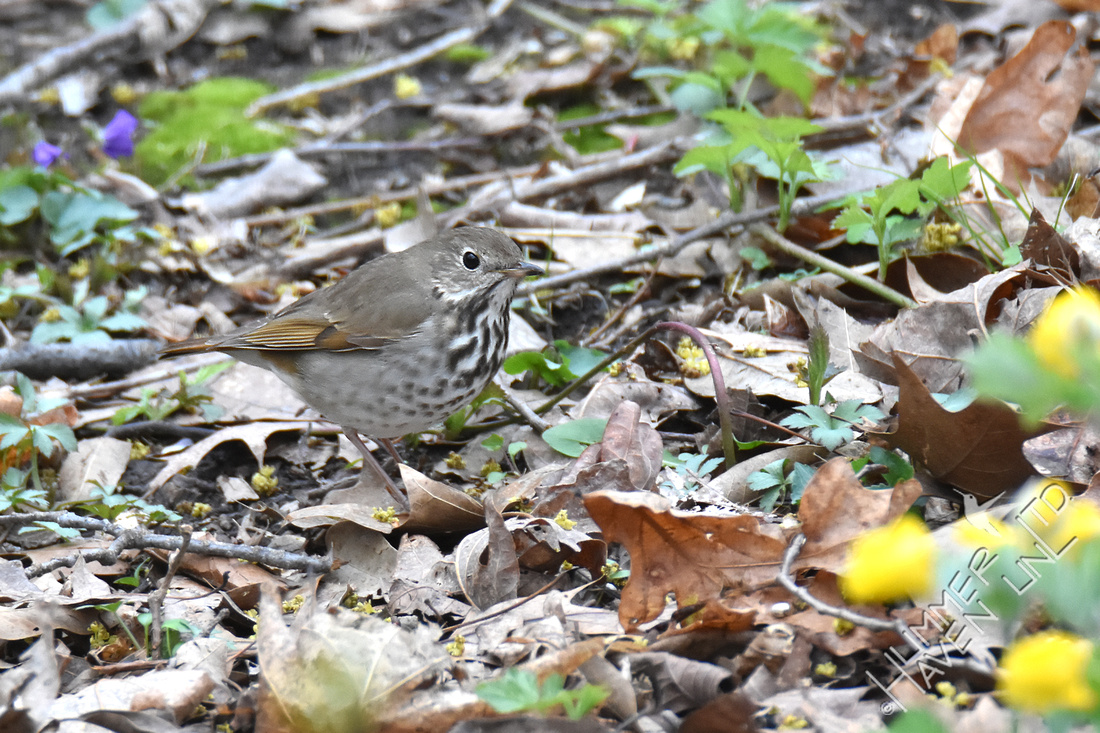 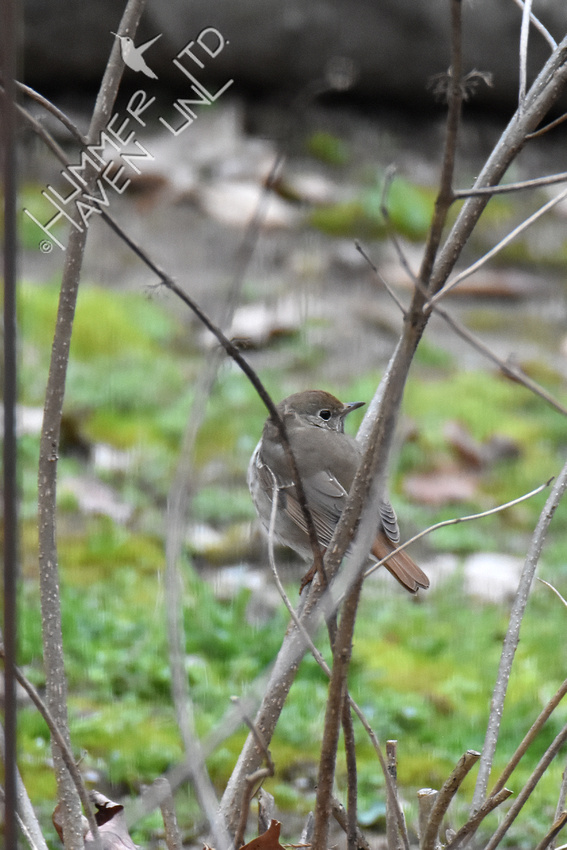 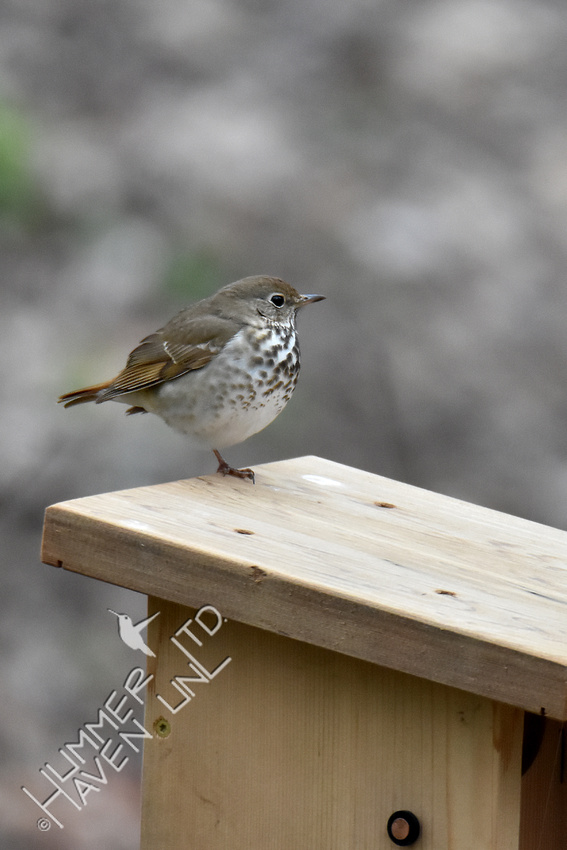 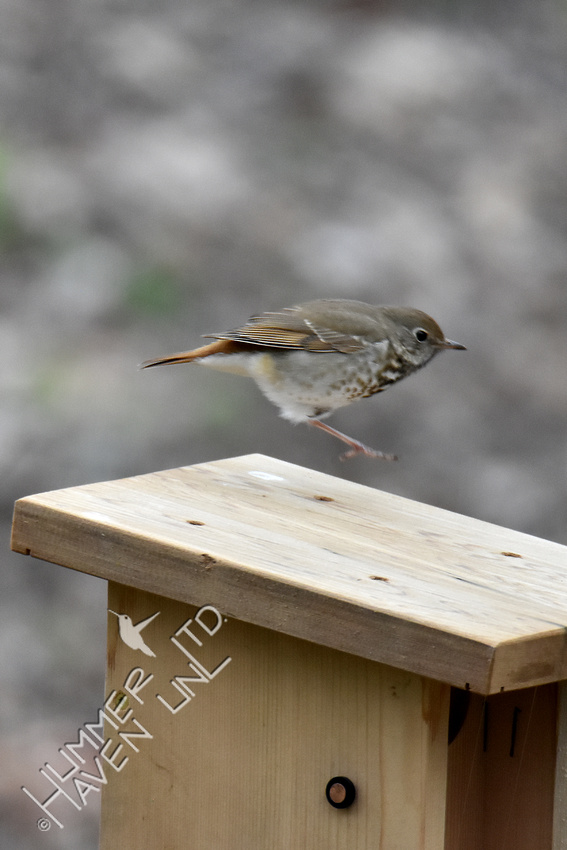 "April is the cruelest month."

Nature is resilient, and adapts, even in the toughest of times. Perhaps we all could learn a bit from Nature.