The last few weeks have been spent in grooming the garden and getting ready for Tour Day. We've been fortunate, some days have been pleasantly cool. My friend, Ann Lakin, generously gave half a day to help while we weeded and chatted in the bird and butterfly garden. The Broad-winged Hawks soared overhead together, calling. While we watched, two male Ruby-throated Hummingbirds nectared and chased each other at the Indian Pinks (Spigelia marilandica). After Ann left, I tried to catch them again, but the pinks and I waited in vain. 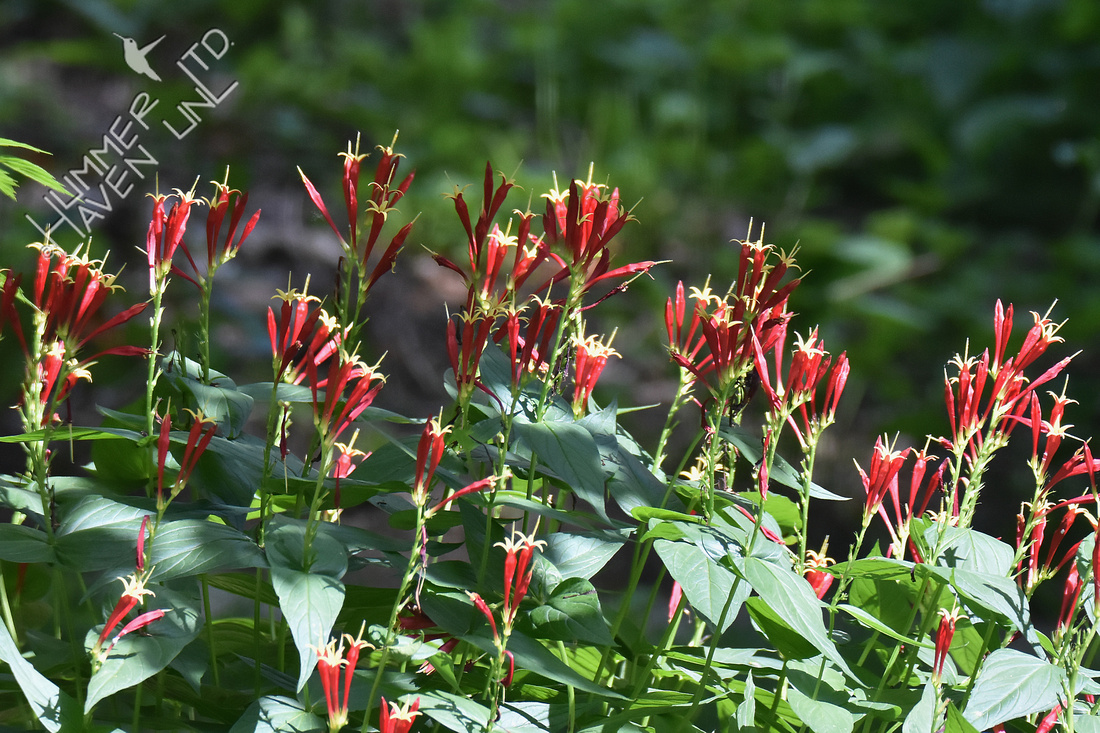 I took just a few breaks to photograph in between stints of weeding. A pair of Eastern Wood-Pewees were flycatching in the wild wood on Thursday, 6-13-19. One paused long enough for me to get a portrait. 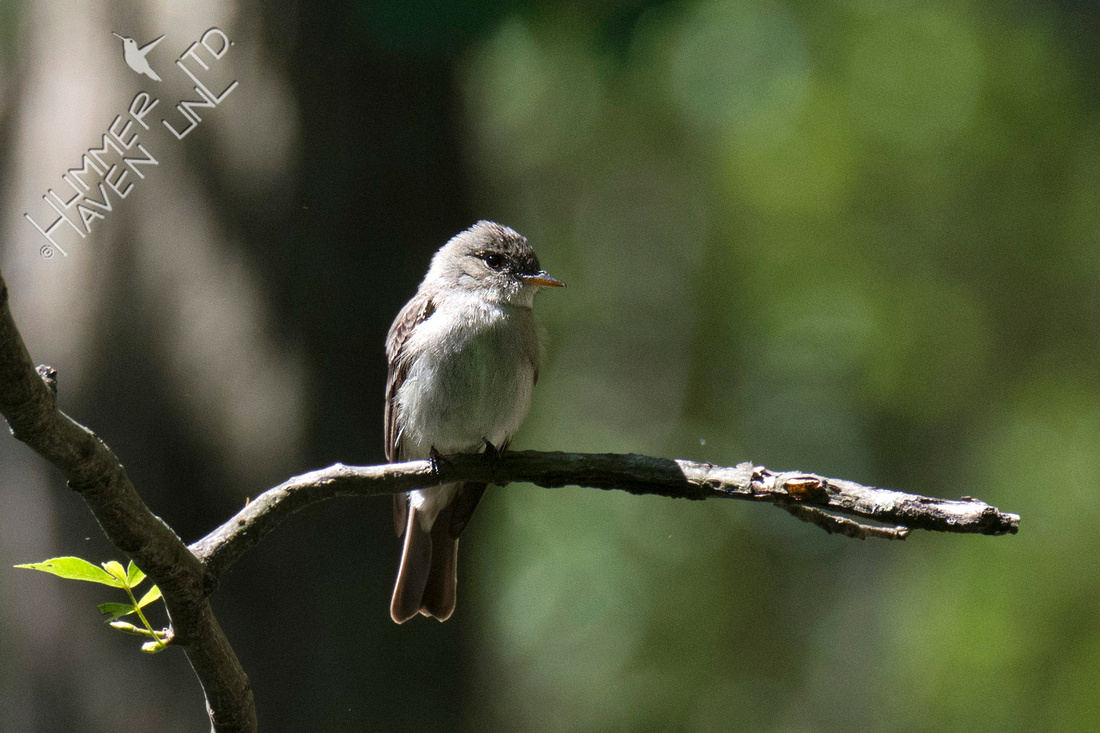 A young Tufted Titmouse landed on the cedar perch by the Bubbler and its parent brought it a tasty morsel. 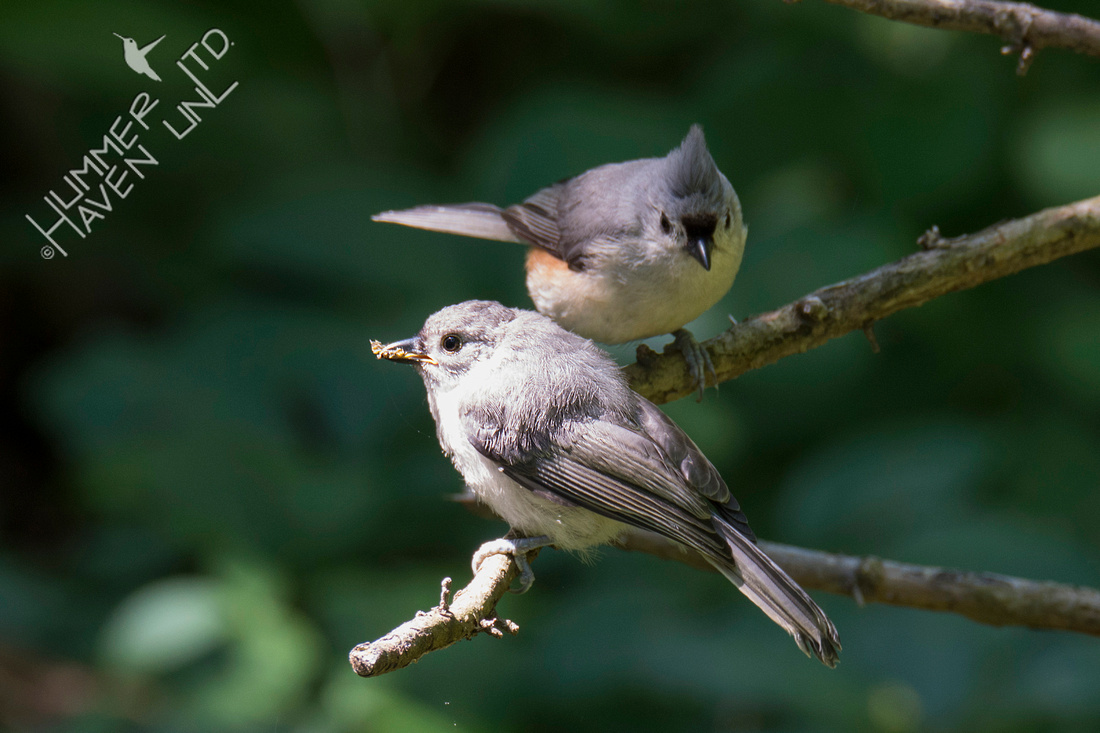 That young Downy Woodpecker has been finding insects on its own and has been seen at the finch feeder, too. 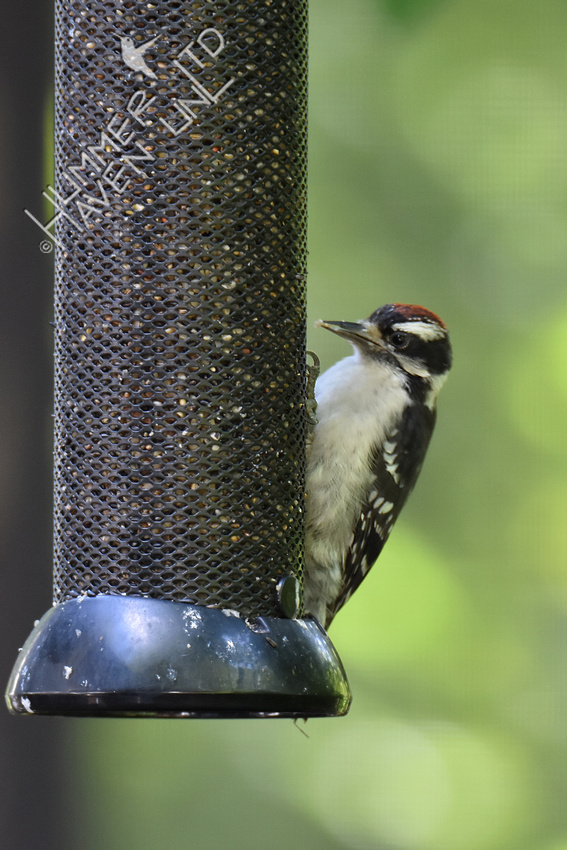 Downy Woodpecker juvenile on its own 6-13-19

By Thursday, 6-20-19, we were feeling pretty good about the readiness of our conservation garden and finished up the final touches. 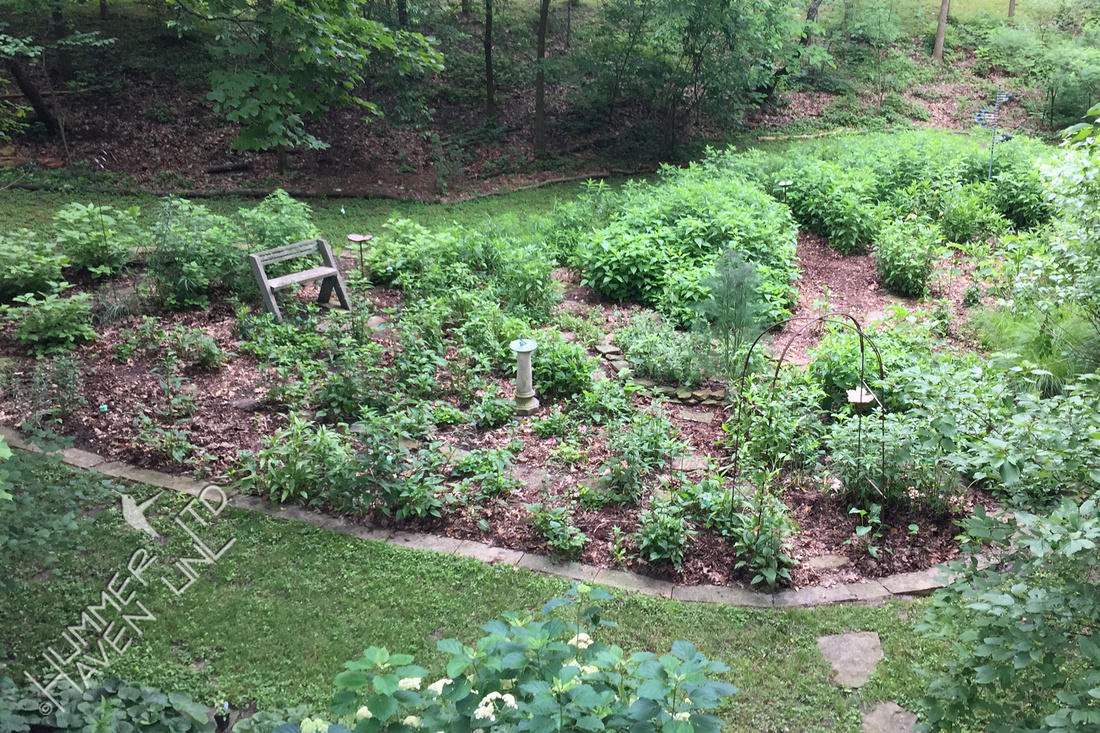 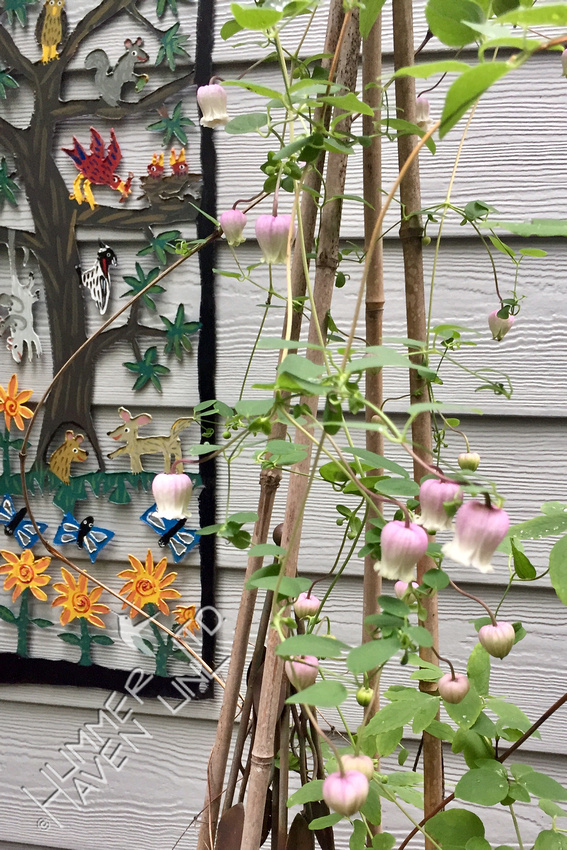 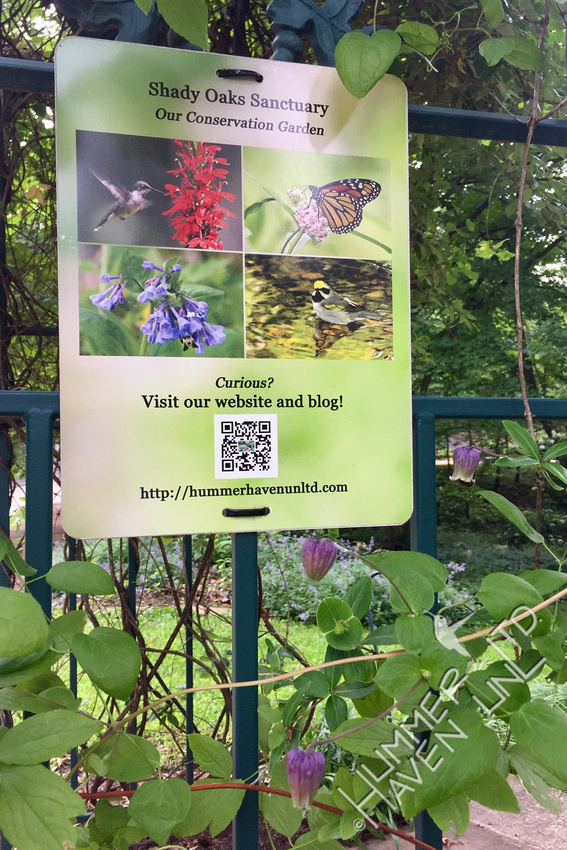 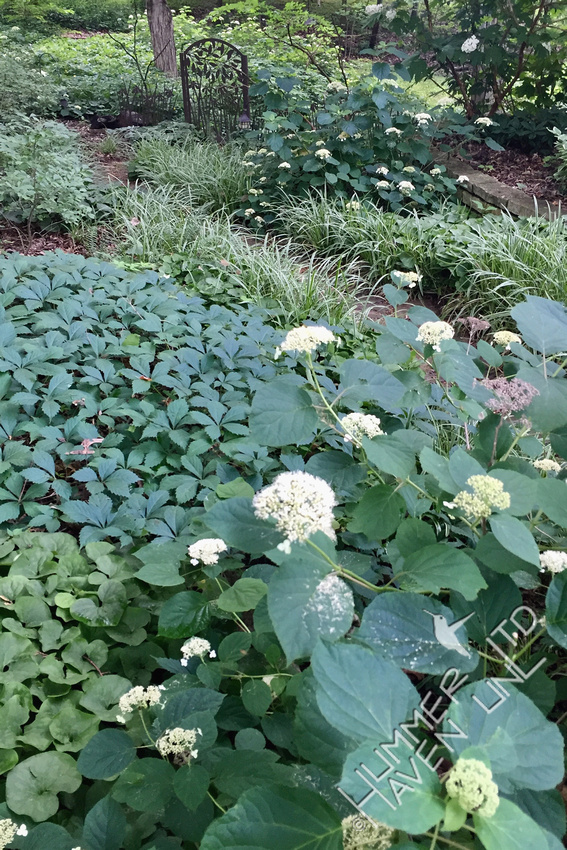 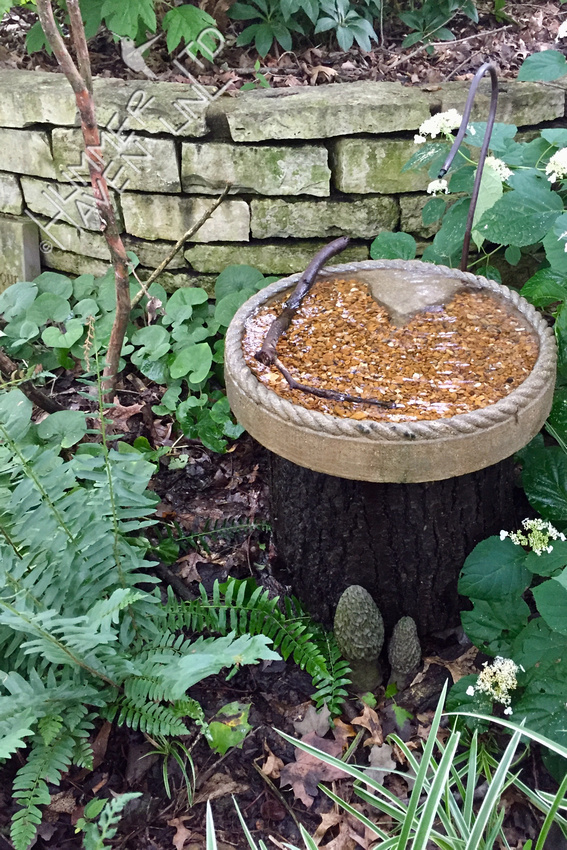 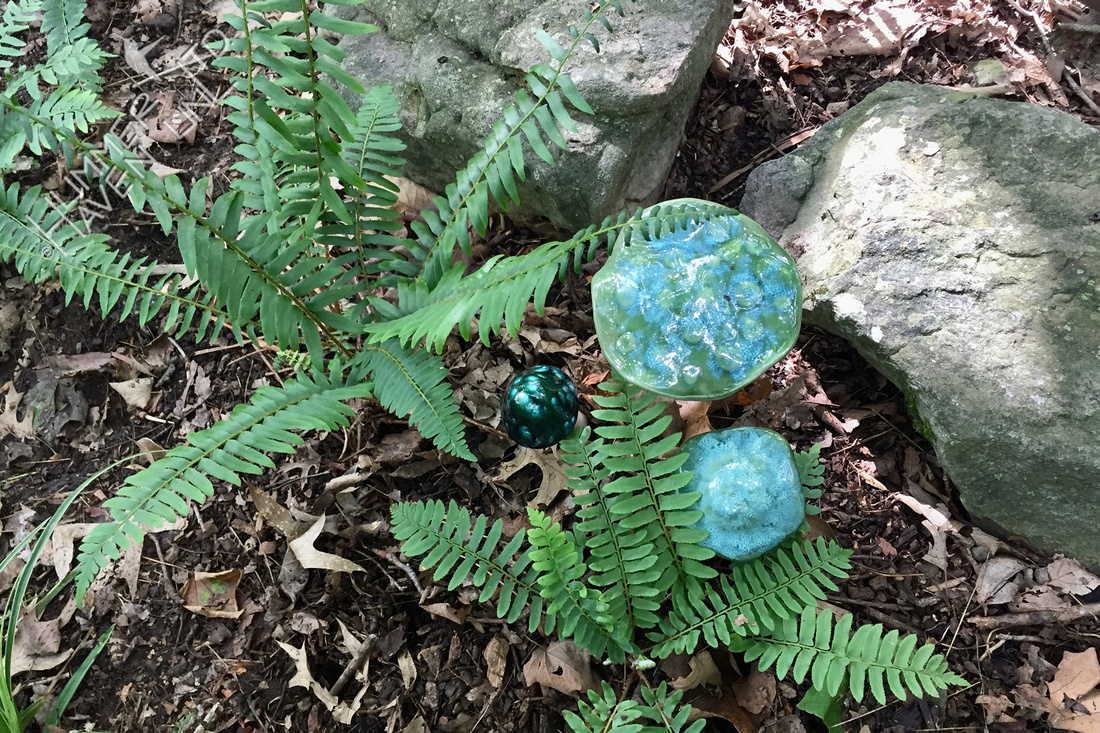 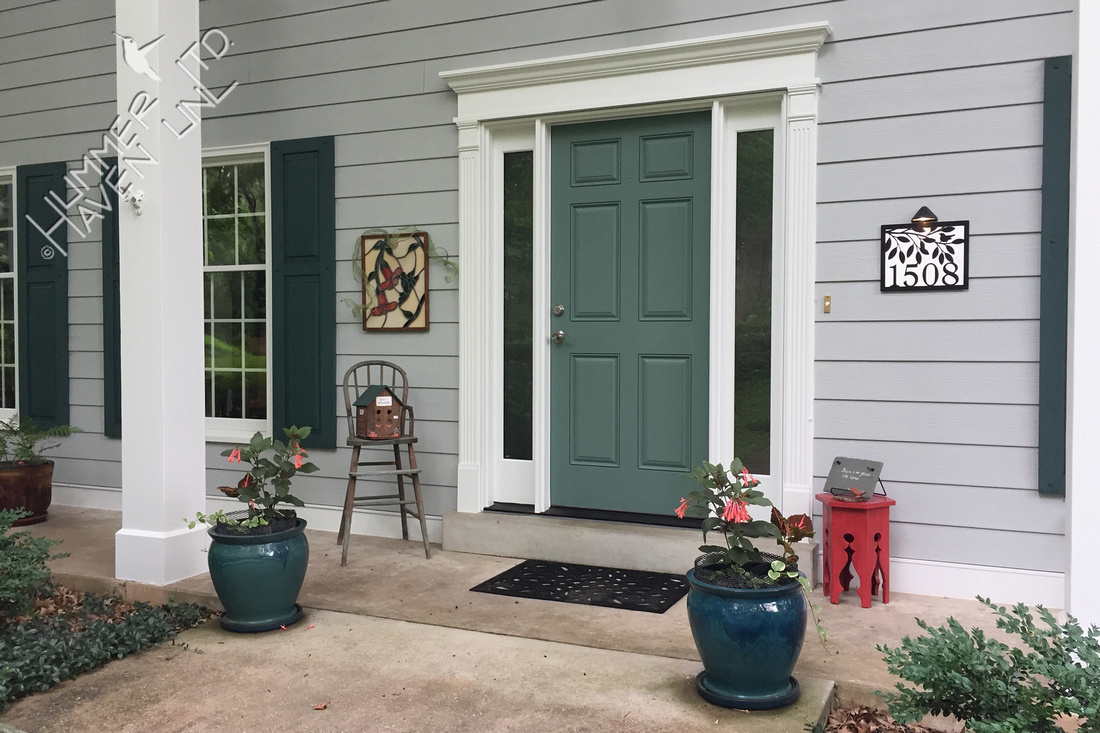 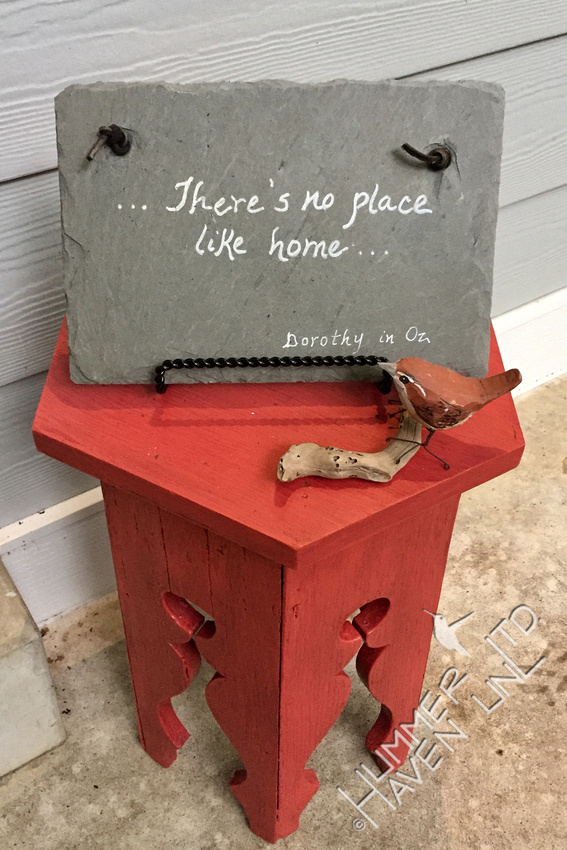 Friday was rainy all day, with over 1.6" in the rain gauge. Some of it was pretty heavy, washing the mulch from some areas we'd just finished. Saturday morning, one storm finished and we were outside removing the deer fence by the pond when I stepped into the grassy lawn area. Ha, more mud than grass in that spot! We might best stick with plan B and have everyone stay on the deck, I thought. I checked the radar and it didn't look too bad, it was time to get cleaned up before volunteers arrived. 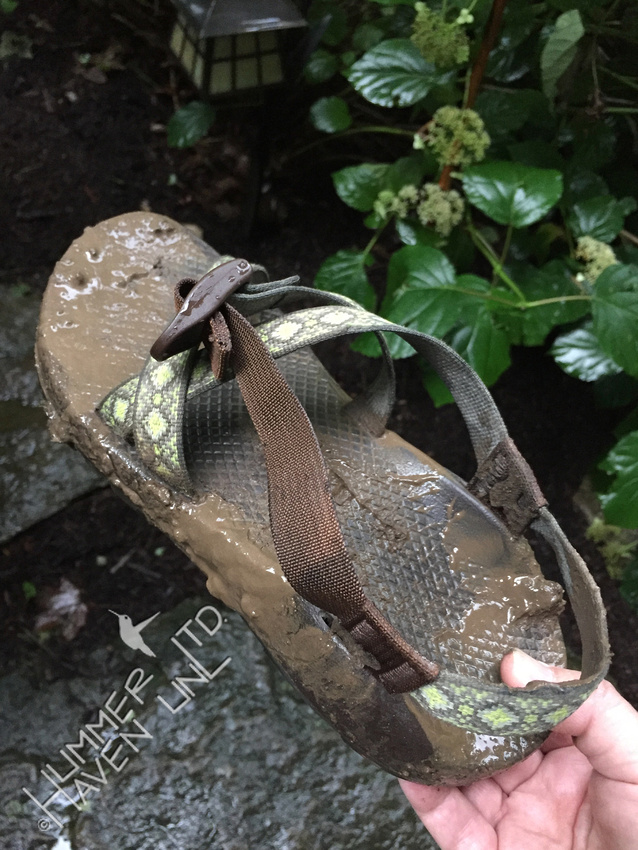 About 8:40 am, Mitch Leachman arrived and I greeted him. He asked if I had checked the radar, the sky was so black on his way over. Wow, another storm had quickly ramped up! The skies released a torrential downpour, even a bit of hail as our volunteers and first attendees arrived. We waited together in the breakfast room, discussing invasive honeysuckle. Eventually, we got out into the gazebo and thankfully, had some space to set up our posters and notebooks in there. At least 41 of the registrants came! We were all busy listening, answering questions and enjoying the crazy day together. Here is Dan in his persimmon shirt, talking with some of our early arrivals. Walking around the garden was optional, but as you can see, many still wanted to get up close to look at plants. The tour had been scheduled rain or shine, and we got another 2"! 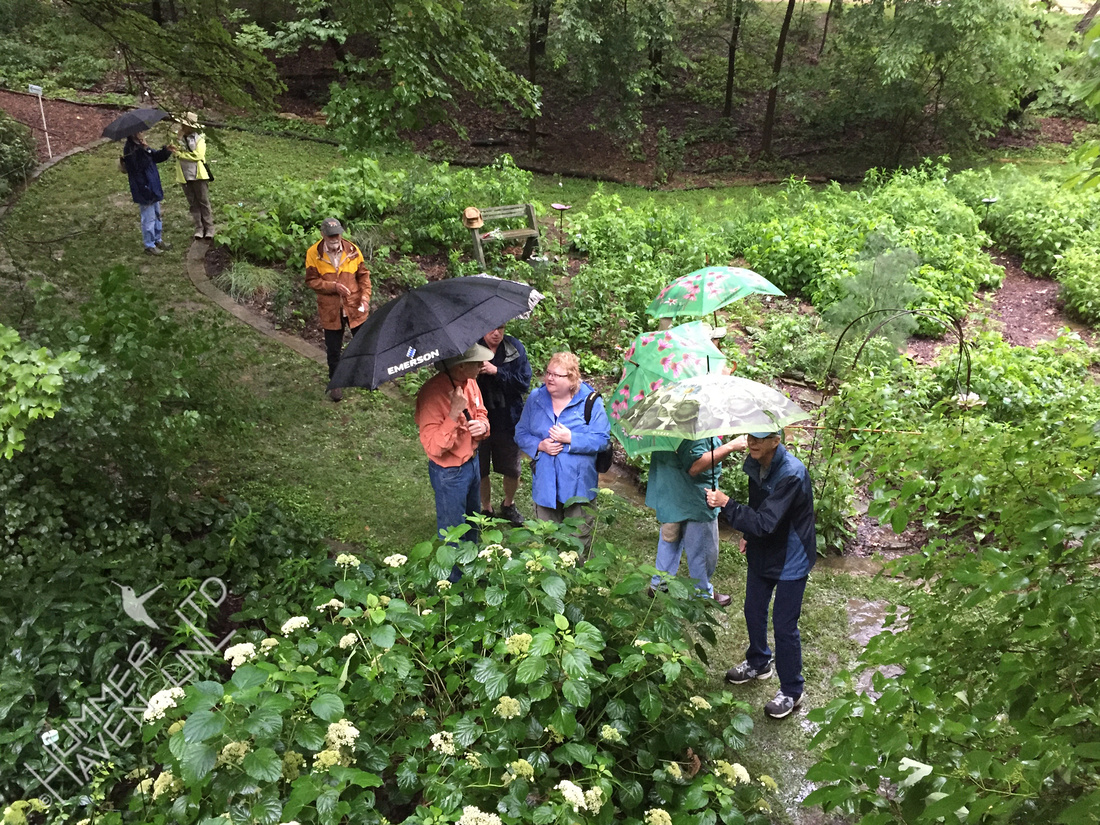 We talked with our visitors about the history of our property, the evolving design, the bubbler and its nearby perches, the many birds and other critters we've seen. It's impossible to cover it all in just a few hours. As the time came for the tour to end, the sky brightened, hummingbirds visited the feeders and Leather Flower (Clematis versicolor), and blue-gray gnatcatchers were seen feeding young on the south side of the gazebo, right at eye level.

Tour attendees came from Elsah, Illinois, Mokane, Missouri and as far away as Springfield, Missouri! The youngest was just 8 years old, insistent with his grandpa that they come. He carried his Field Guide to Eastern Birds with him. Almost all were undeterred by the rain, lingering in our peaceful sanctuary.

Our intrepid volunteers were so helpful. Our deepest thanks to Armetta Smitley, Katherine Woldum, Bill Hoss, Wally George, Connie Alwood, Sue Poley, April Anderson, and Mitch Leachman, St. Louis Audubon Society Director of Programs. It wouldn't have been the same experience without each one of you!