My attention has begun to shift as this past week has brought in a few more migrants. It will take a couple months yet for all the birds to move through, so there is a lot to look forward to. The Eastern Bluebirds were still around, looking for those last few berries and checking out the drippers. 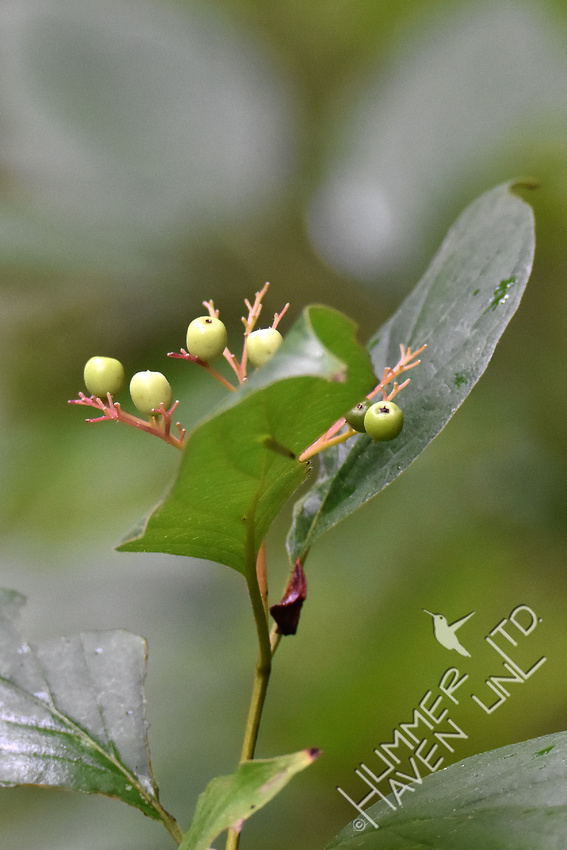 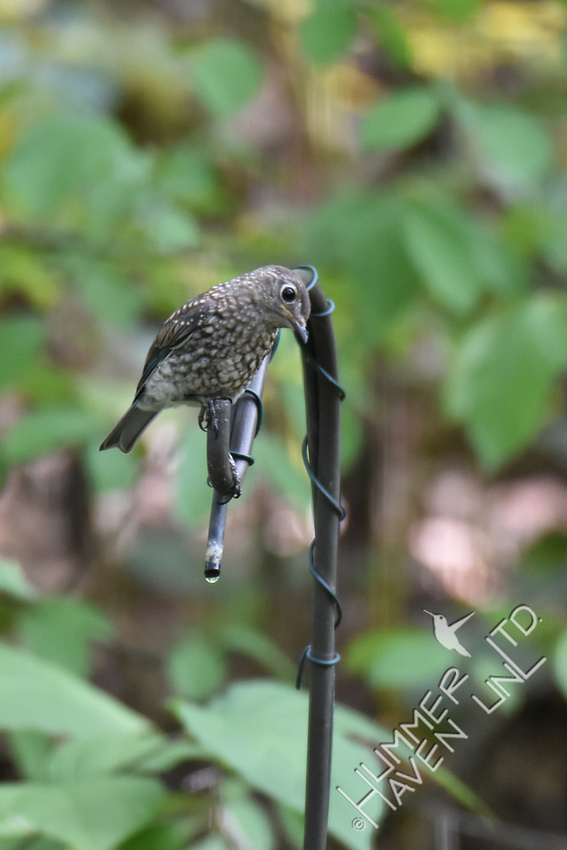 Ruby-throats and butterflies are at the flowers constantly after the sun rises. Sometimes they play well with others, sometimes they get into spats and tussles. 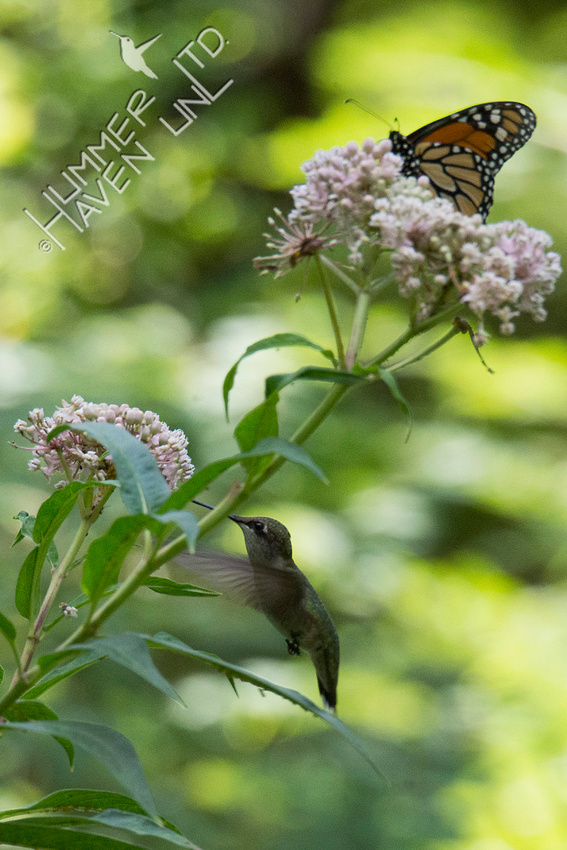 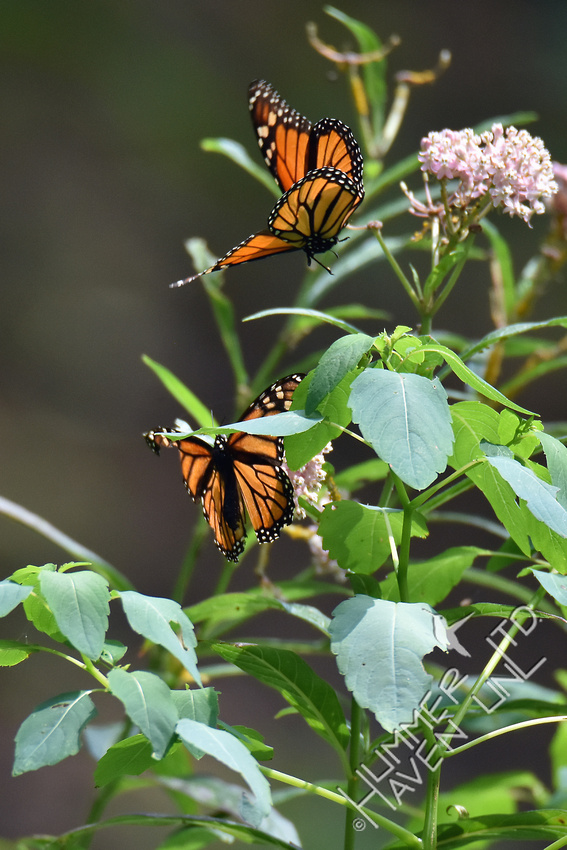 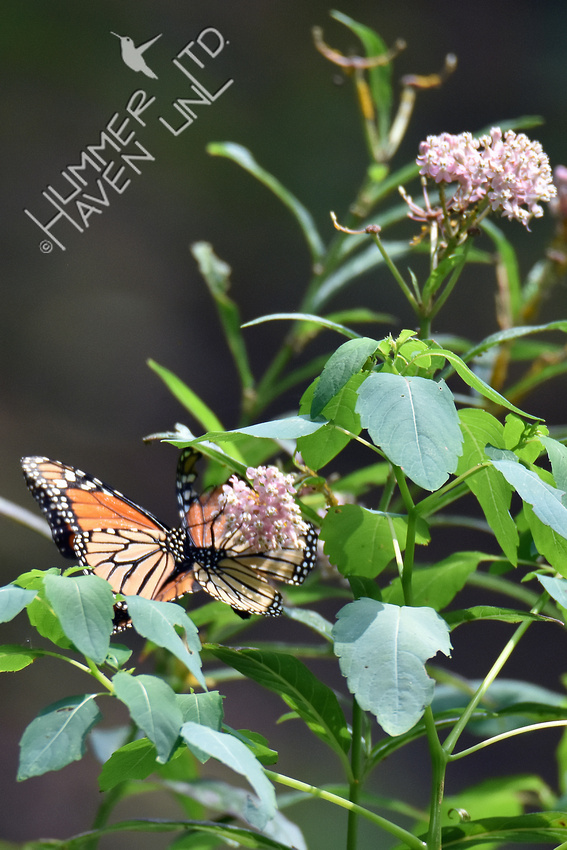 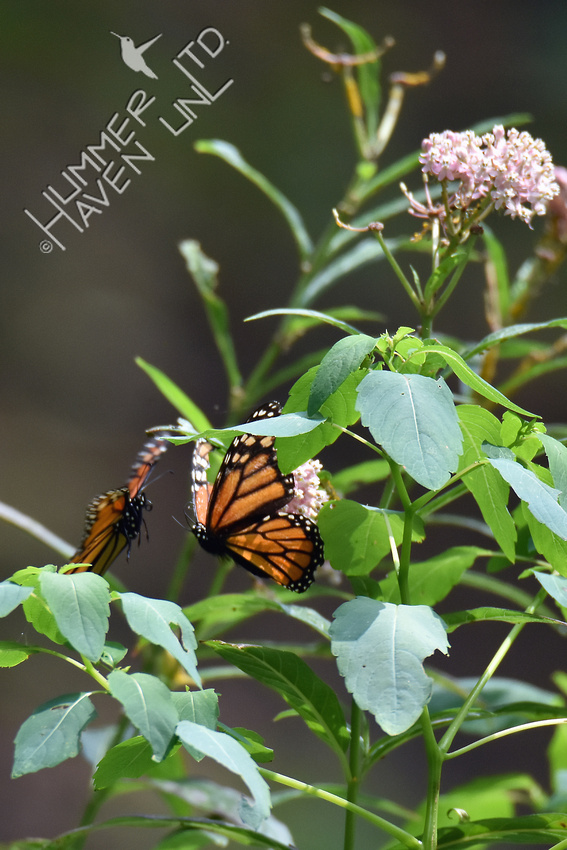 I don't usually get to see Monarchs at the buttonbush blooms (Cephalanthus occidentalis), but one of the small trees still has a few juicy balls of nectar to feed the many pollinators. 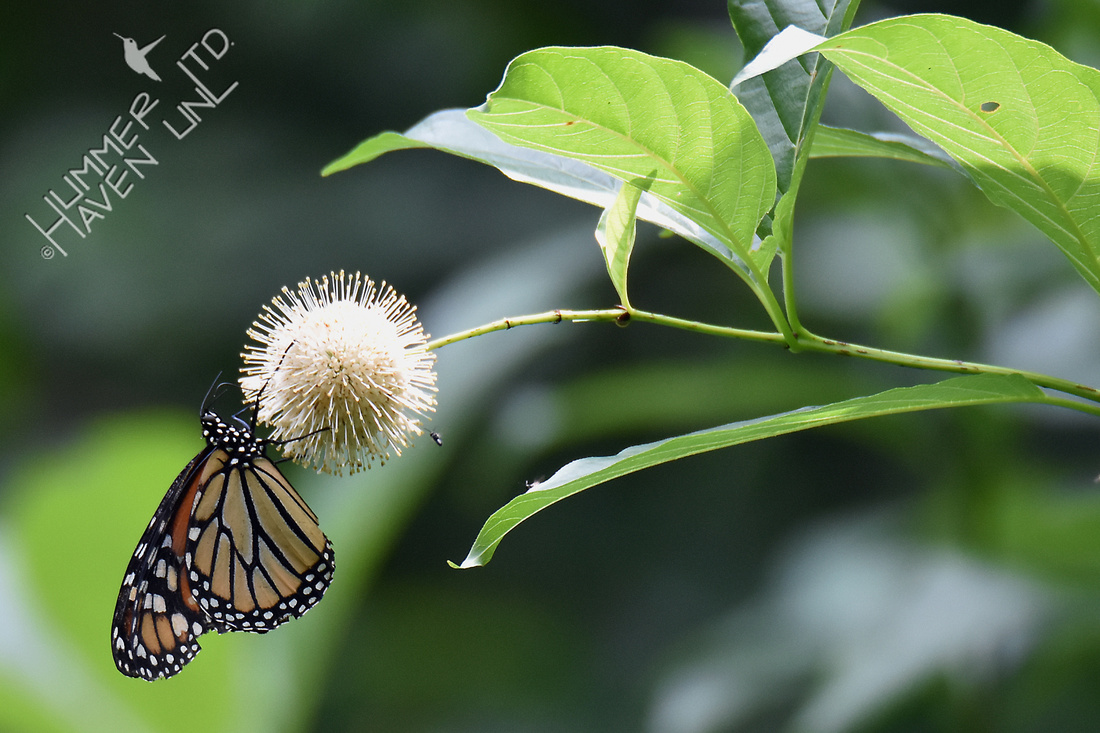 Monarchs are occasionally seen at the Sweet Coneflower (Rudbeckia submentosa), usually resting. They do love to feed at the Marsh Milkweed (Asclepias tuberosa). 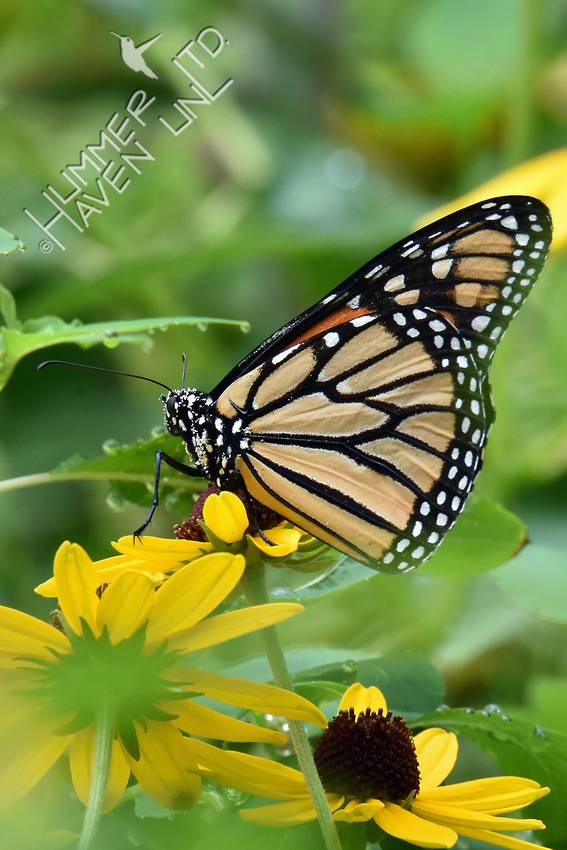 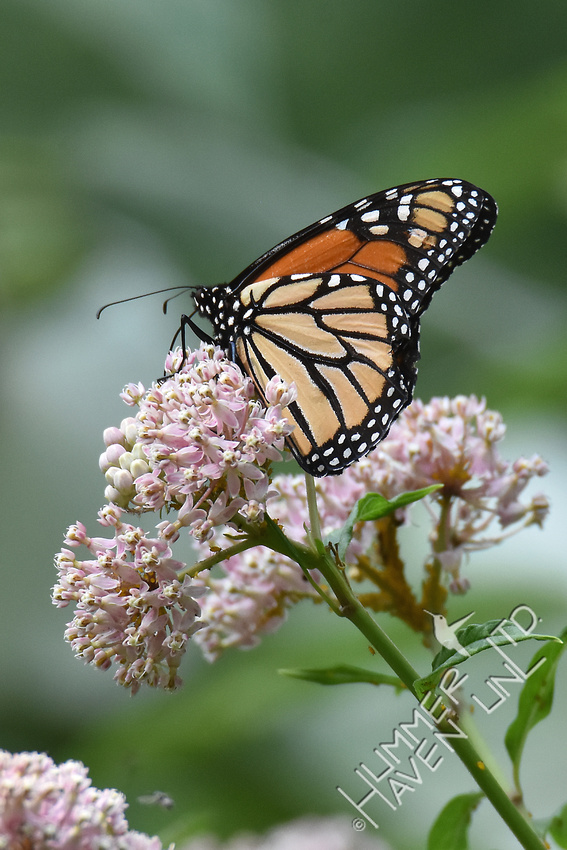 Tiger Swallowtails have been seen, bouncing about the garden before landing on the same plants. 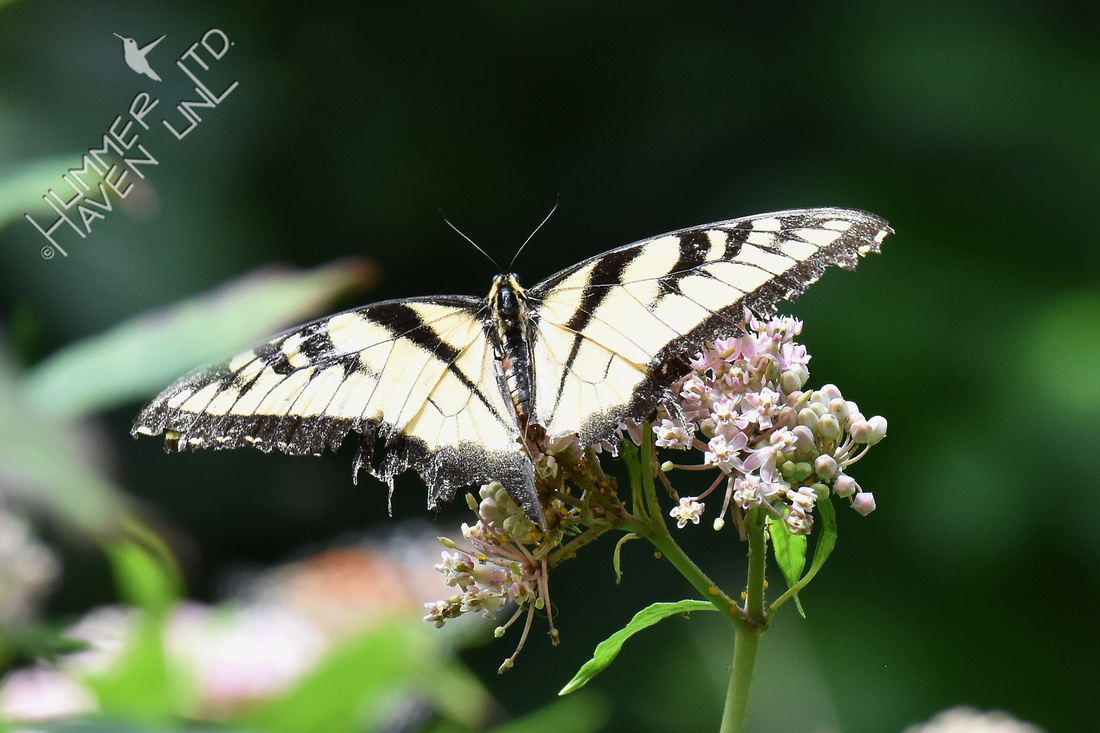 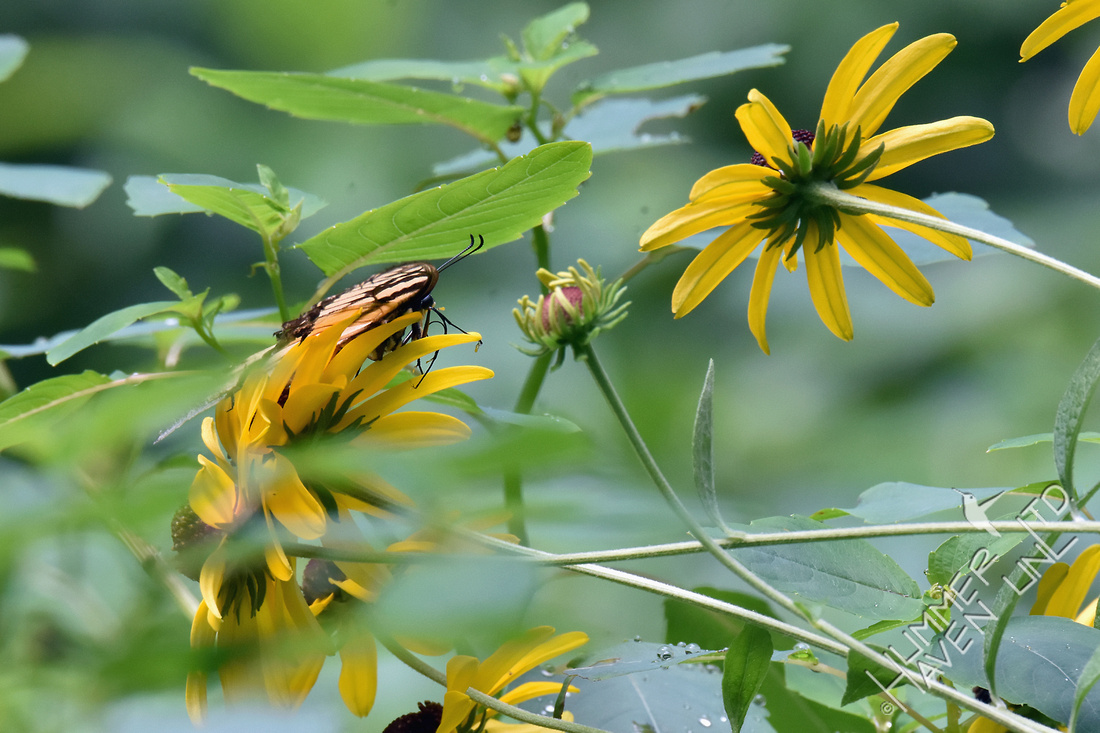 Several Spicebush Swallowtails have also been taking advantage of the nectar sources. 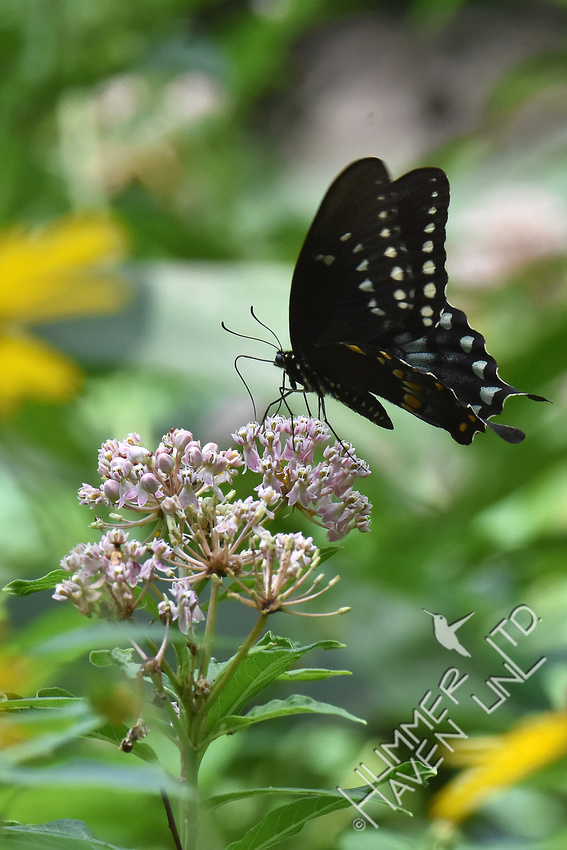 On Sunday, 8-19-18, I was at my computer working, when I realized there were a couple warblers at the Bubbler, a Chestnut-sided and Blackburnian. I ran downstairs and got a quick look before they flew off.

Tuesday was warm and drippy in the morning and then temperatures cooled off a bit. On Wednesday about noon, I had a gorgeous male Canada Warbler feeding in the dogwoods. 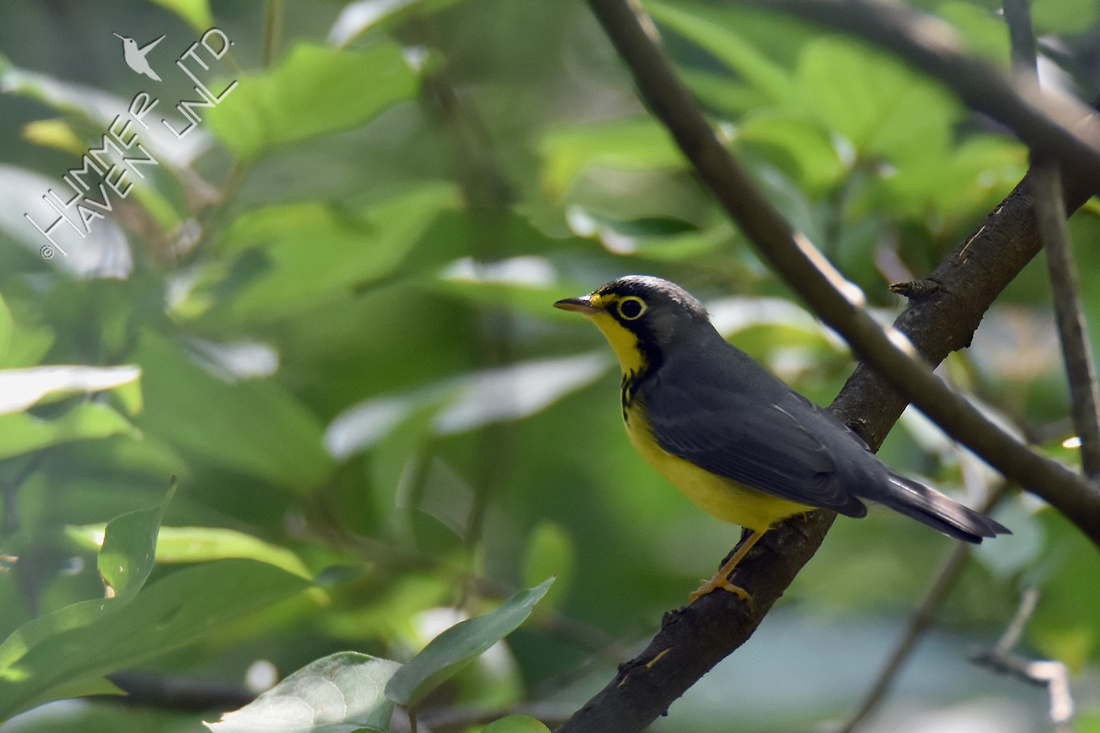 A Least Flycatcher splash-bathed a couple times, then went about looking for its lunch. It downed one caterpillar, then flew to a more open branch. Something seemed to be stuck in its craw, and it had to go! 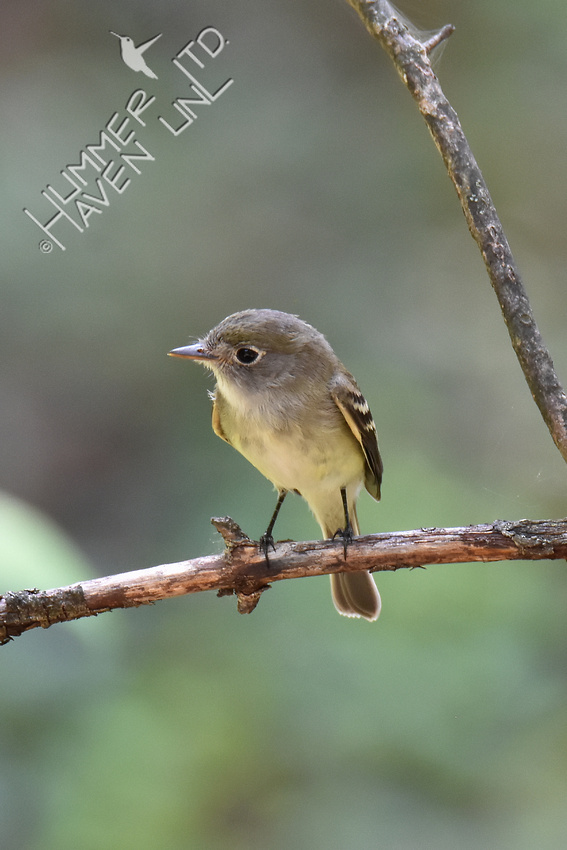 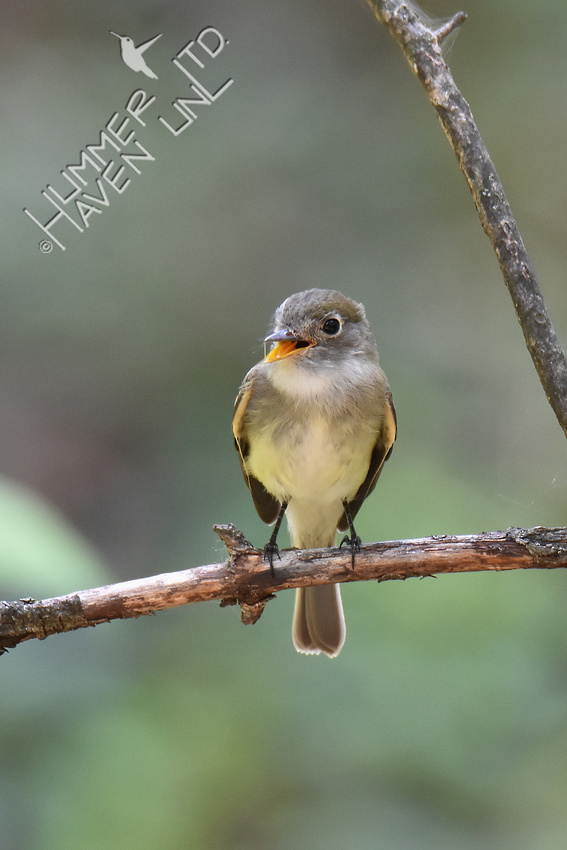 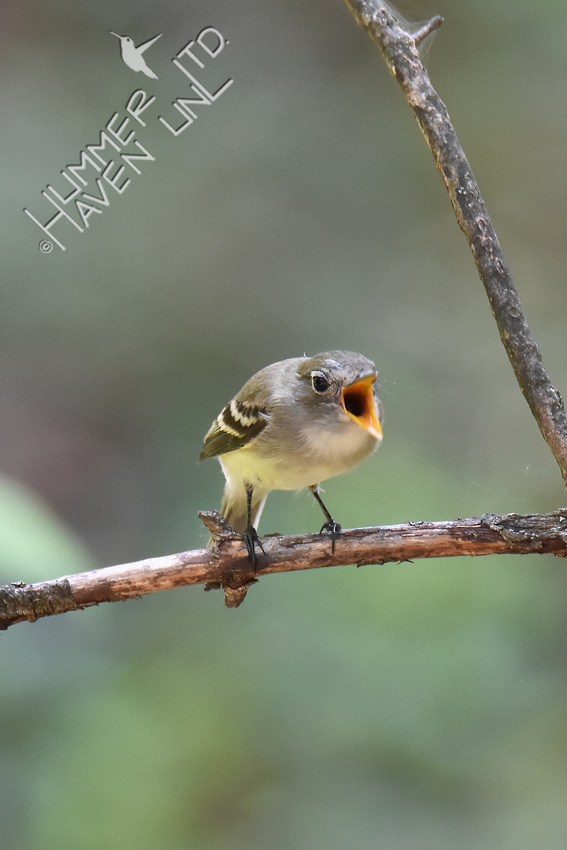 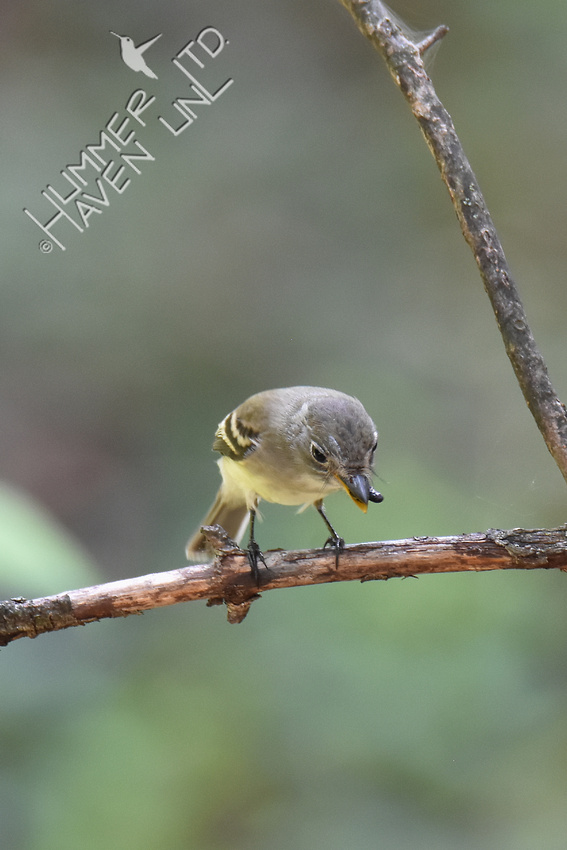 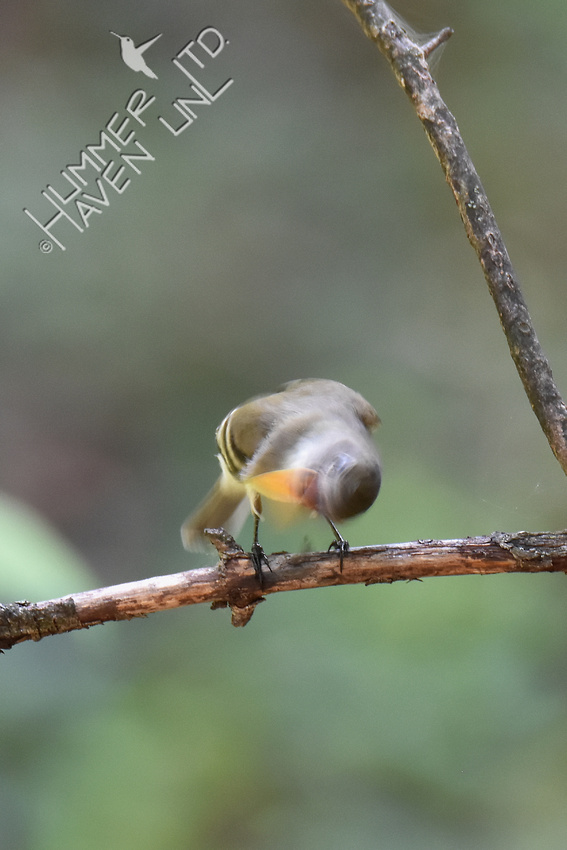 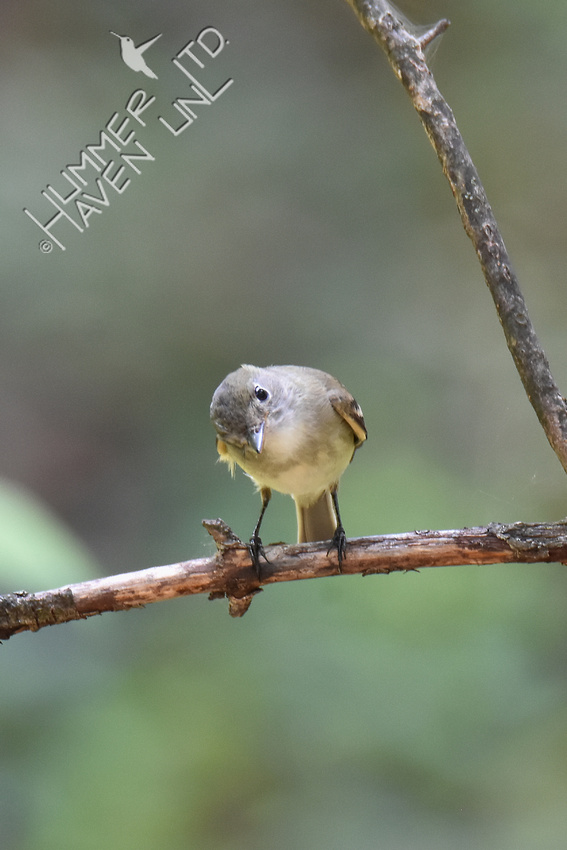 The little bird seemed a lot happier after getting rid of that tickler in its throat! I saw the flycatcher again this afternoon, between storms. It was going after tiny moths that had started moving about. An Eastern Phoebe and an Eastern Wood Pewee called, these larger flycatchers were looking for small prey as well.

The hummingbirds are busy chasing each other, challenging the access to flowers and feeders. To see six or seven at a time is the norm right now as more juvenile birds come in. 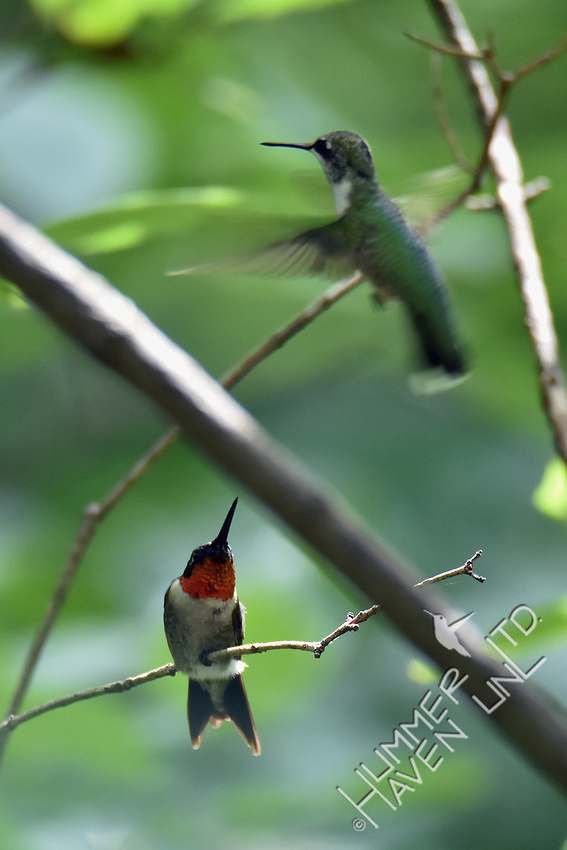 As daylight continues to dwindle, many more of the migrant bird species will pay heed to the changes of the season and start their move southward. They begin their journeys, for many birds it's their first migration. Deep down, it's in their nature to trust that there will be plenty of food sources, natural cover and fresh water along the way. The real question is will they be able to find good rest stops all along the way to their winter homes?