Young birds are learning the ropes at this point in the summer. This young Downy Woodpecker has watched its parent go to the feeder for a drink of water and decided to try doing the same. 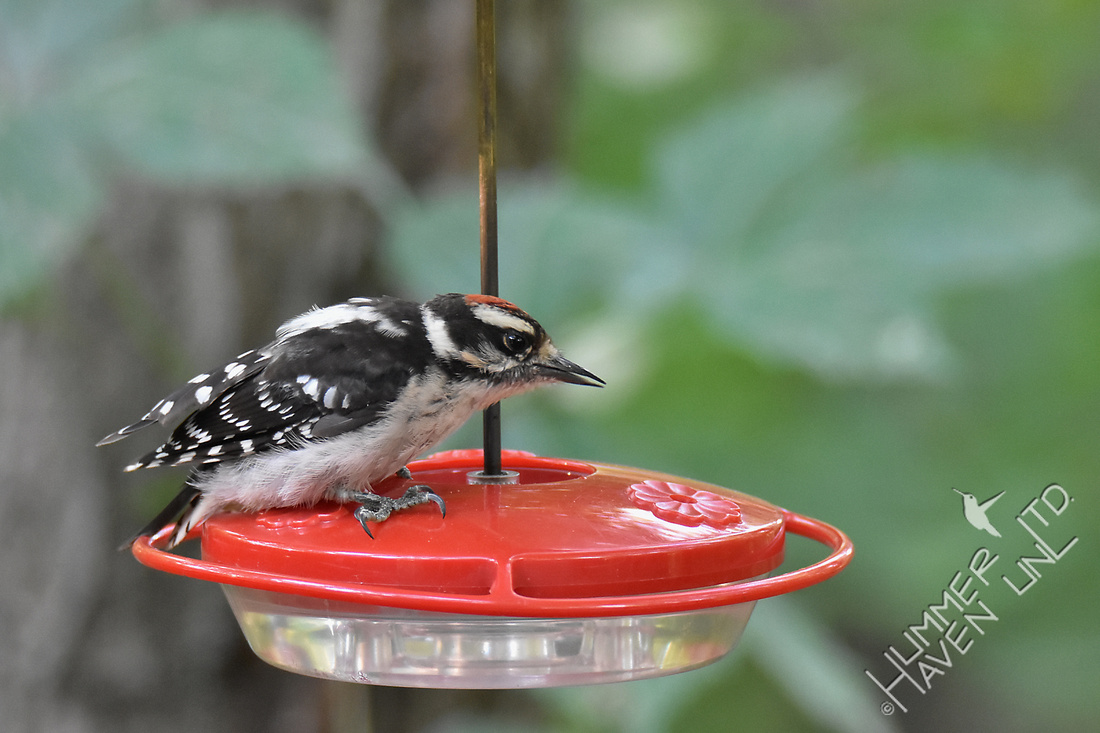 There is at least one family of Tufted Titmice that has been exploring the water features. They watch each other and take turns investigating. 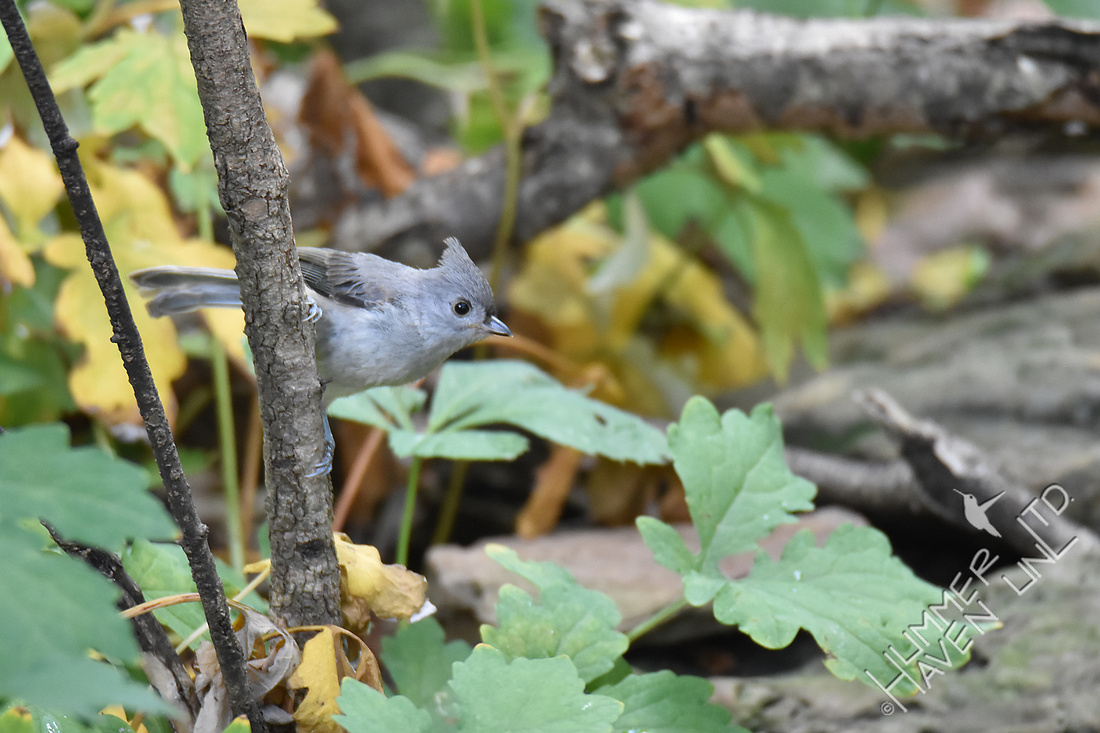 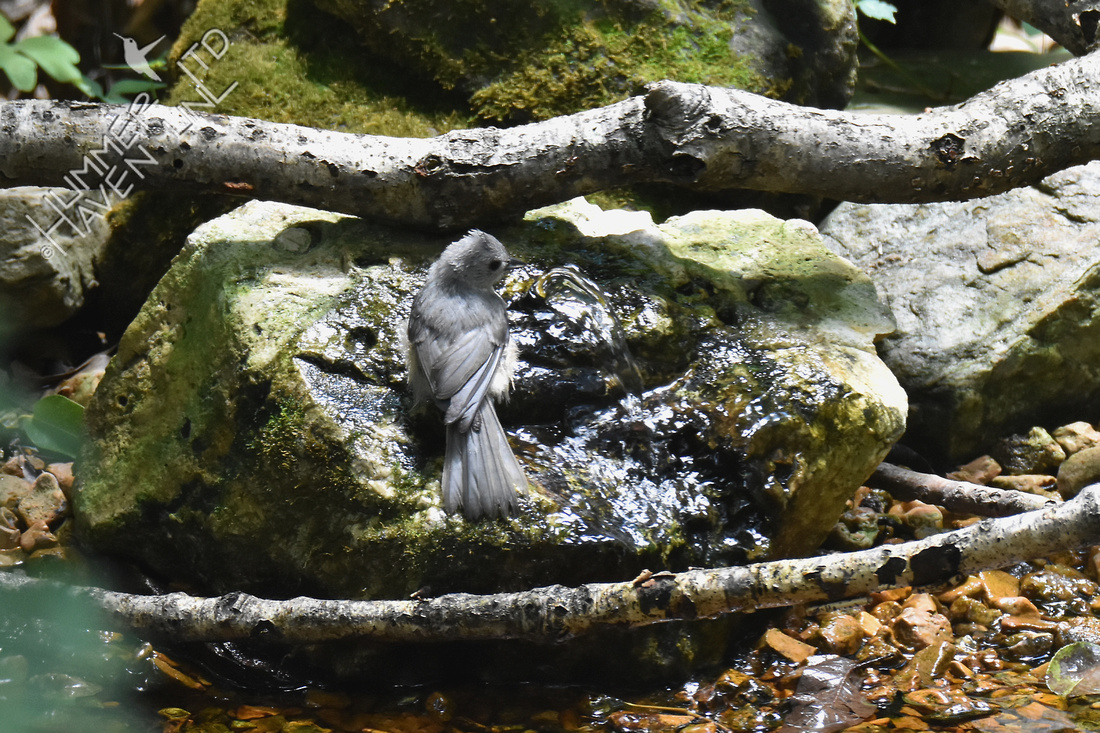 Robins are always sparring over water rights! These two birds had staked claim on the dripper bath. Eventually, they both got wet. 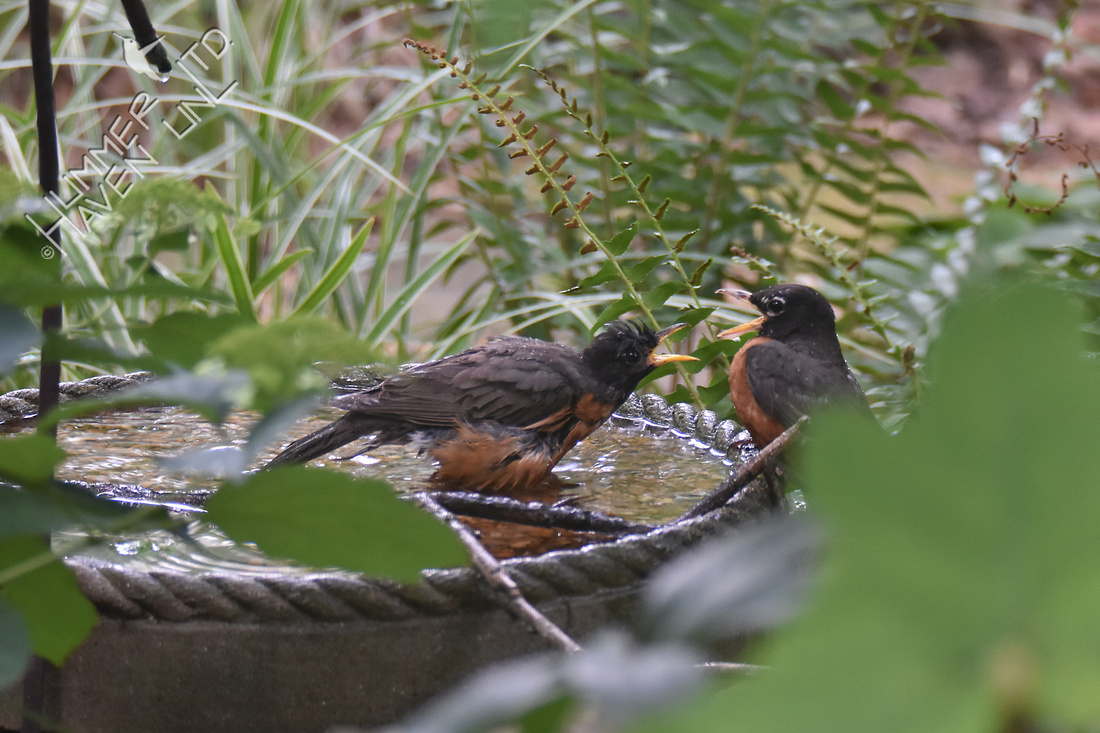 An American Goldfinch followed up its bath in the stream bed by preening in the oak leaf hydrangea above it. 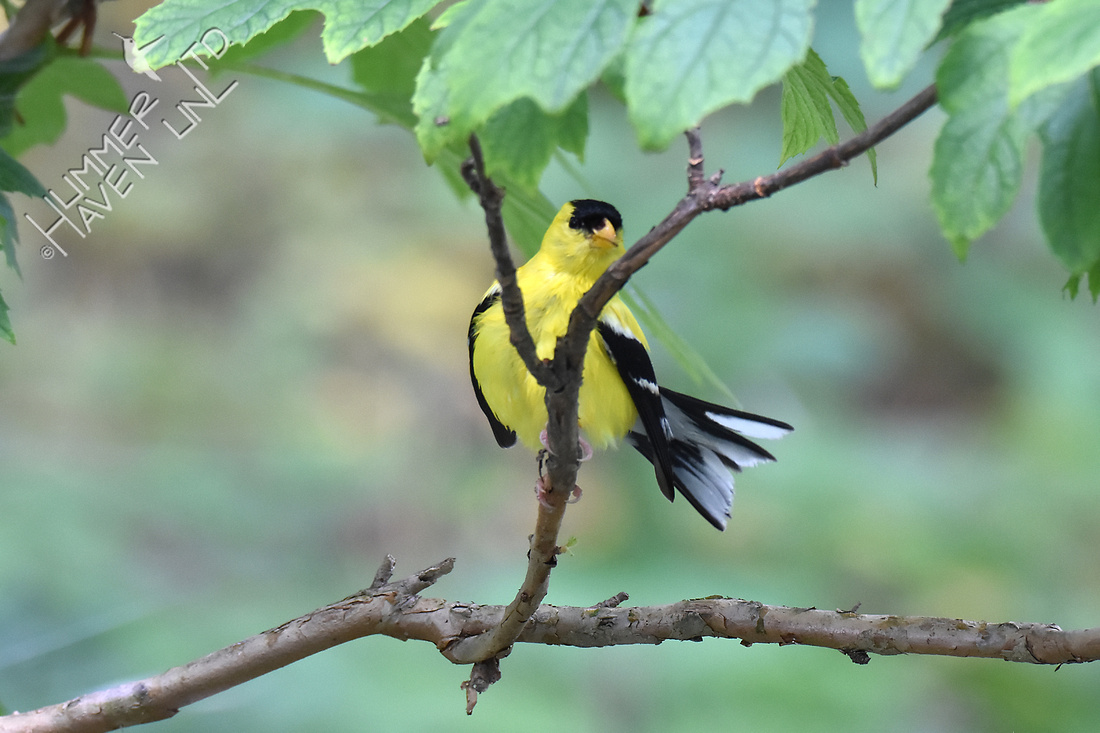 The Red-shouldered Hawks have been seen together in the sugar maple by the pond.  Last Thursday evening, the male watched the goldfish for a while, and then spotted another prey behind it, moving on the ground. 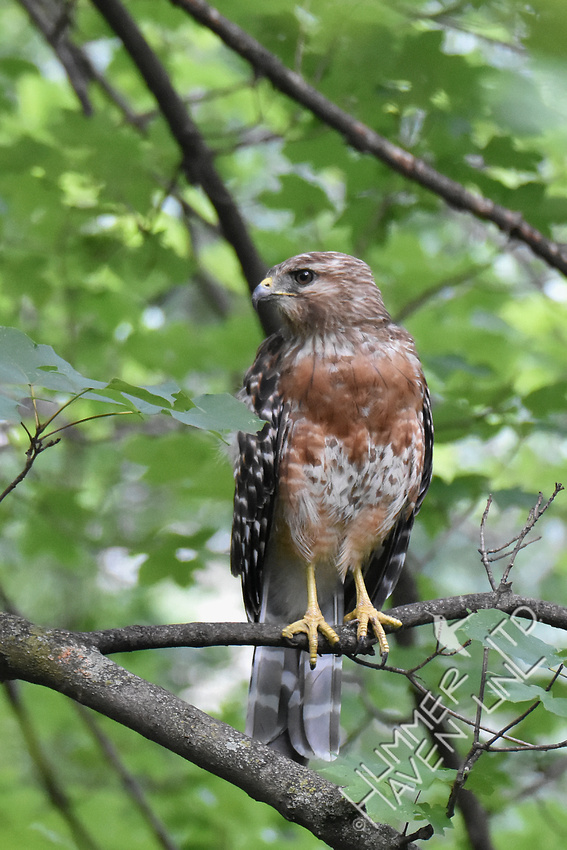 It landed in a peculiar way, with its talons curled in so as not to harm its prey, which turned out to be a night crawler. 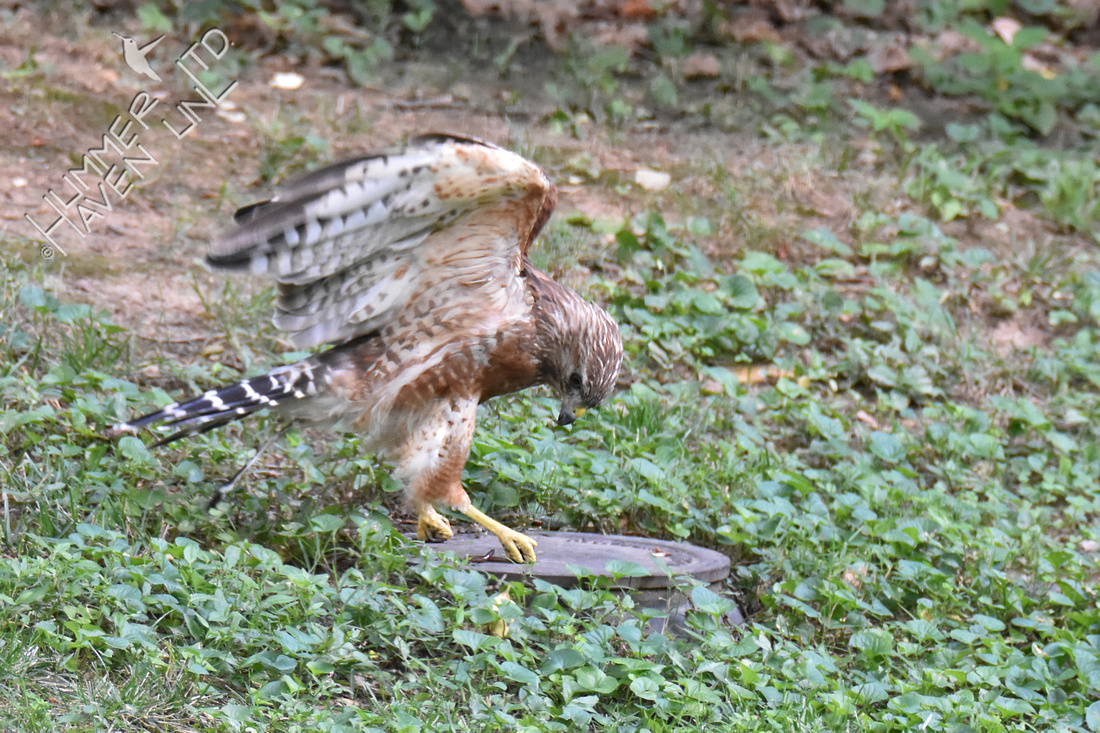 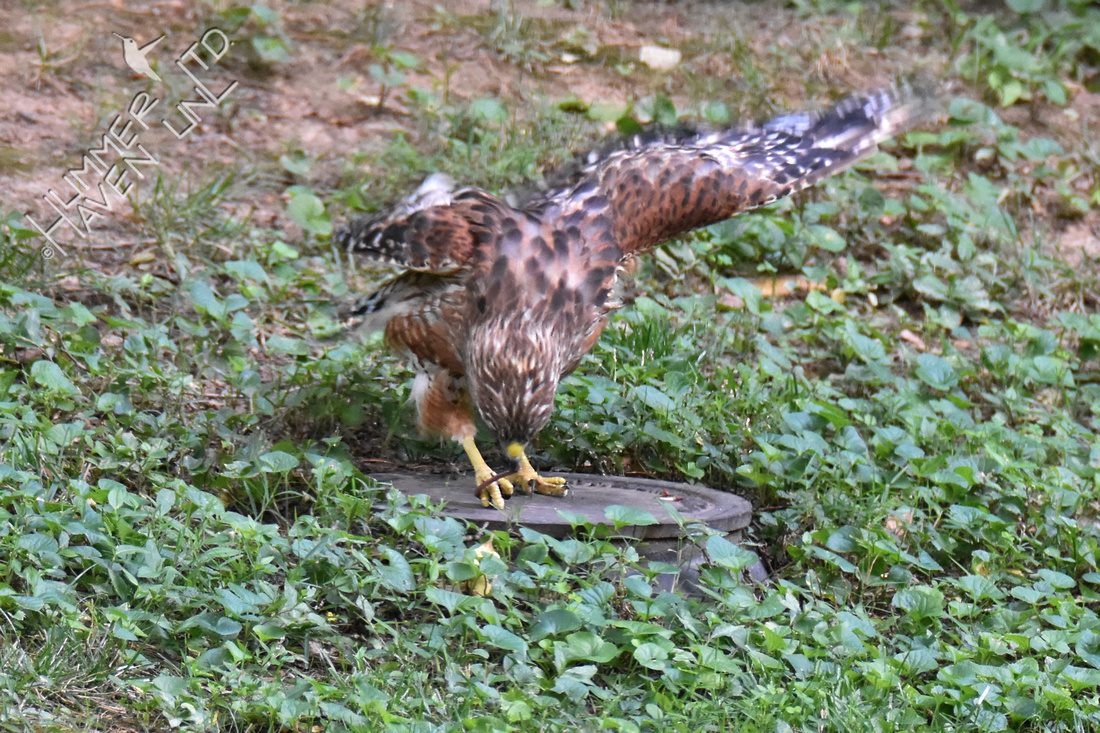 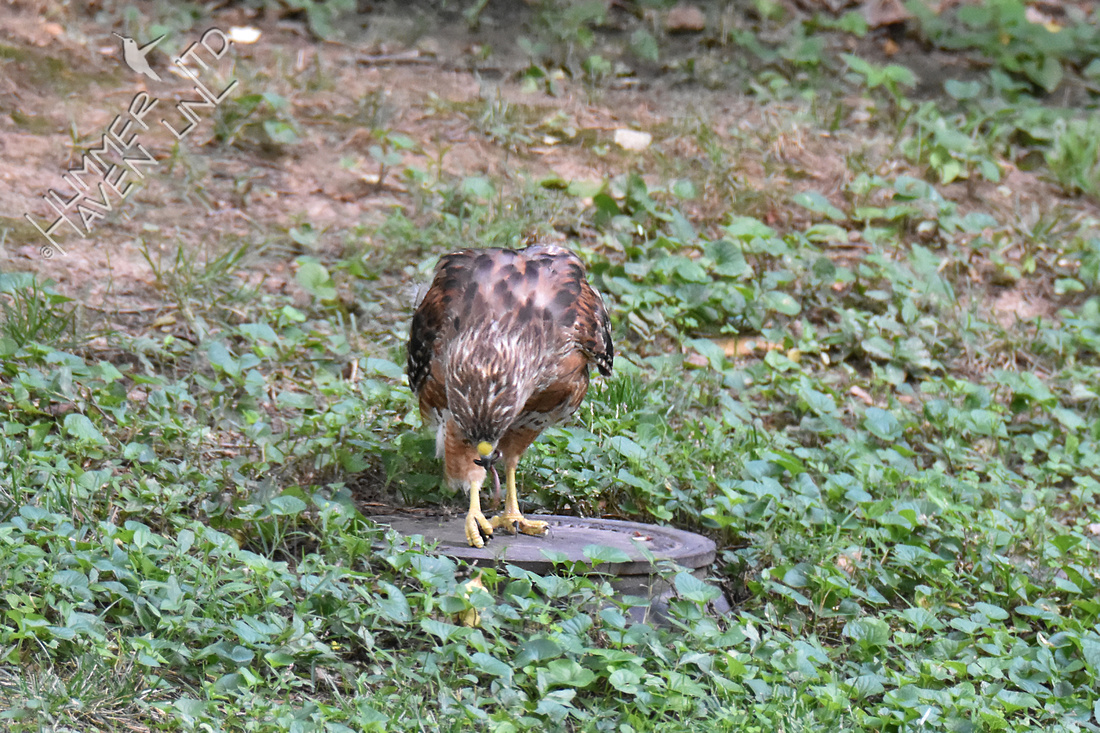 It was more of a tidbit than a meal, but they do take many invertebrates. Yesterday, we heard the squawks of a youngster who was staying high in the trees.

The temps have moderated this week, thank goodness. It's been easier to spend more time looking for activity in the garden. A female Blue Dasher rested on the dried flower stalk of Water Canna (Thalia dealbata). 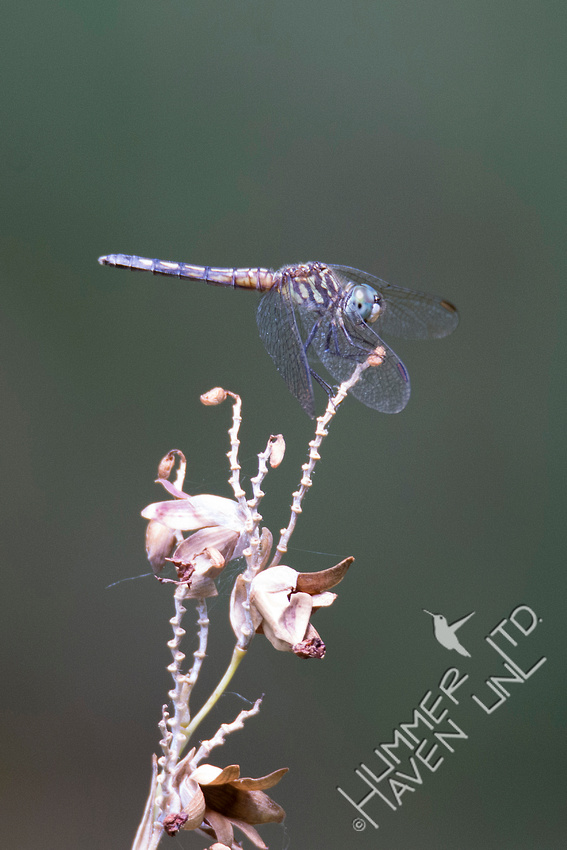 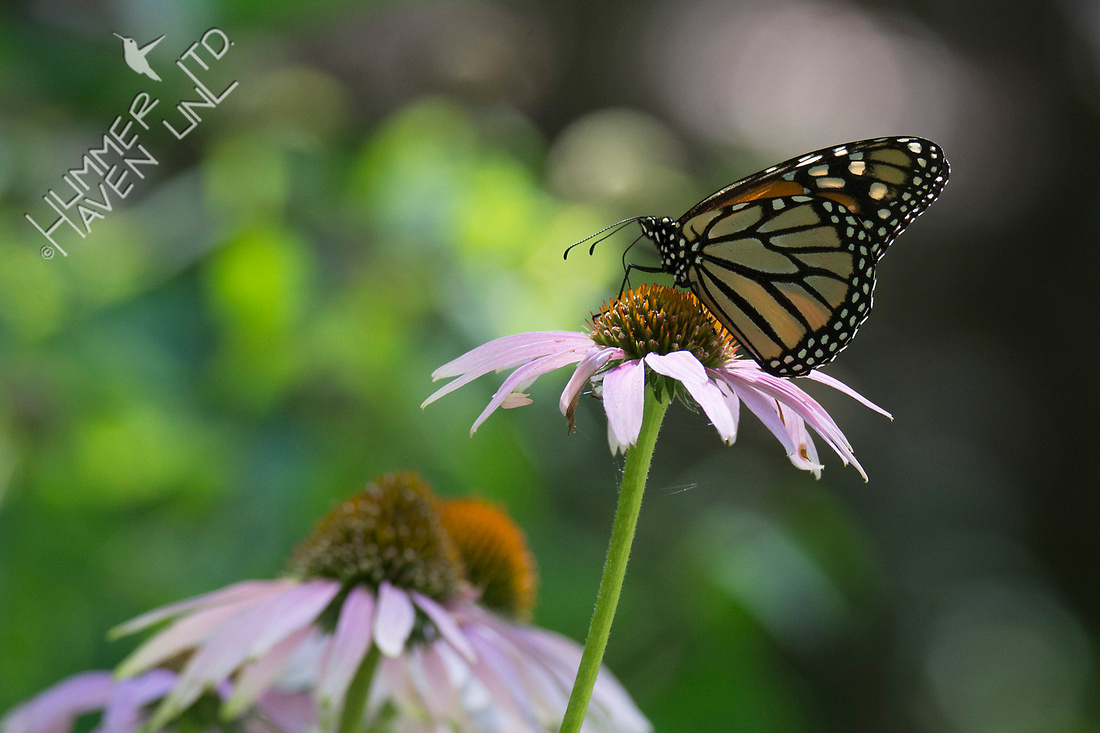 Bumblebees and smaller bees have also been very busy. The little one tried to bump off the bumble, to no avail. 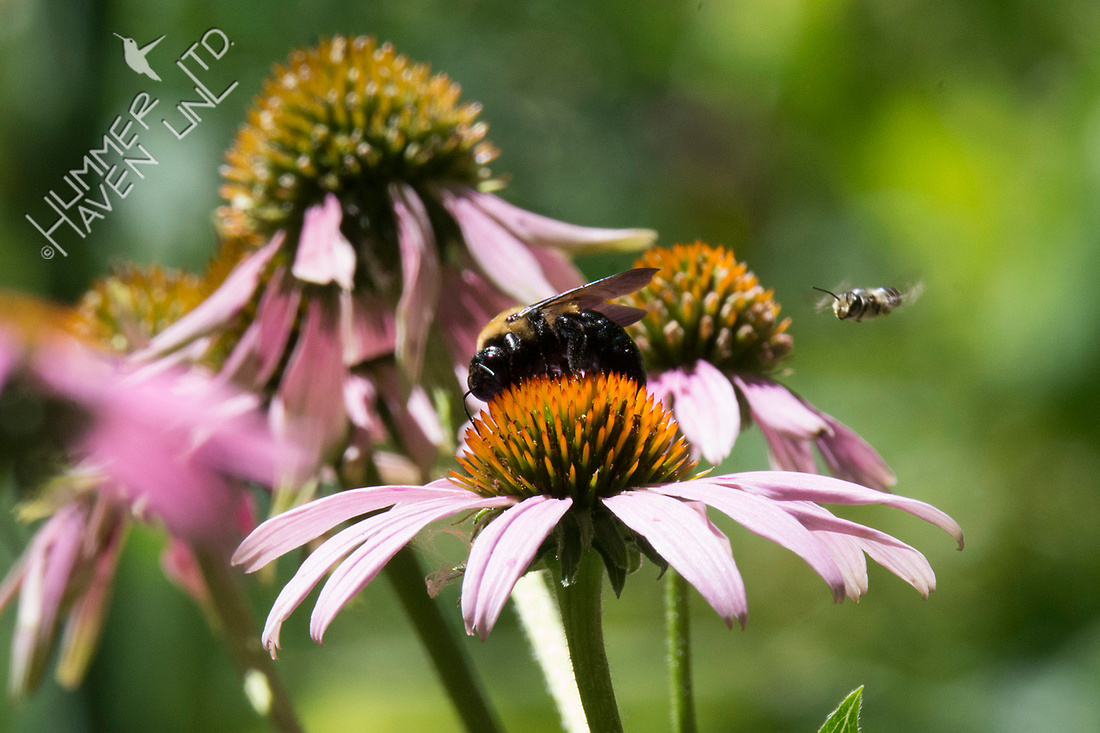 This spring, I had allowed a seedling Bronze Fennel to remain in the garden.  Fennel is a host plant for the Eastern Black Swallowtail butterfly, and I was hoping I might see more of them again. This bumblebee was busy at its flowers. 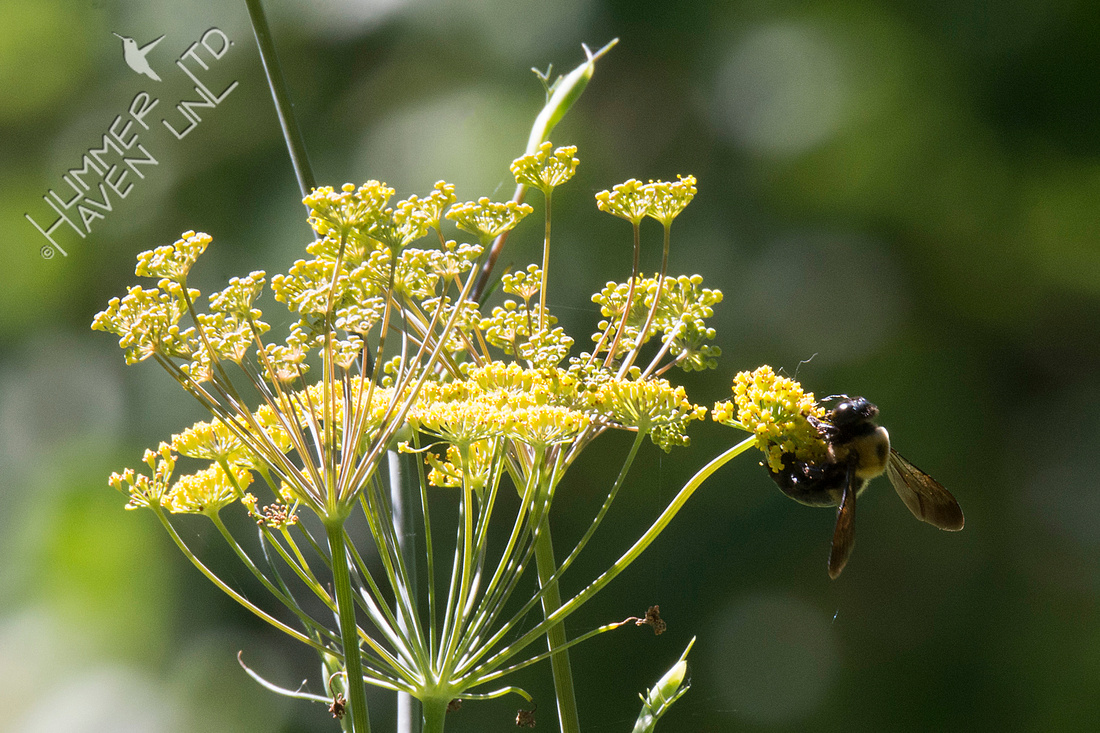 I carefully checked the tall stems, and wow, there was an Eastern Black Swallowtail chrysalis! It could still be a week or so before the butterfly emerges. 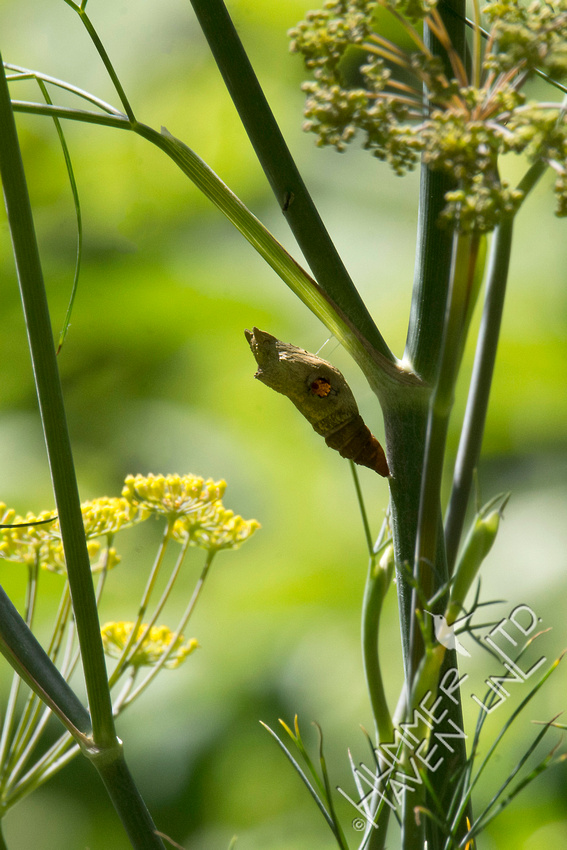 Tiny pollinators were all over the flowers of the American Beautyberries (Callicarpa americana). The flowers will in turn become the berries that will feed the birds in late fall and winter. 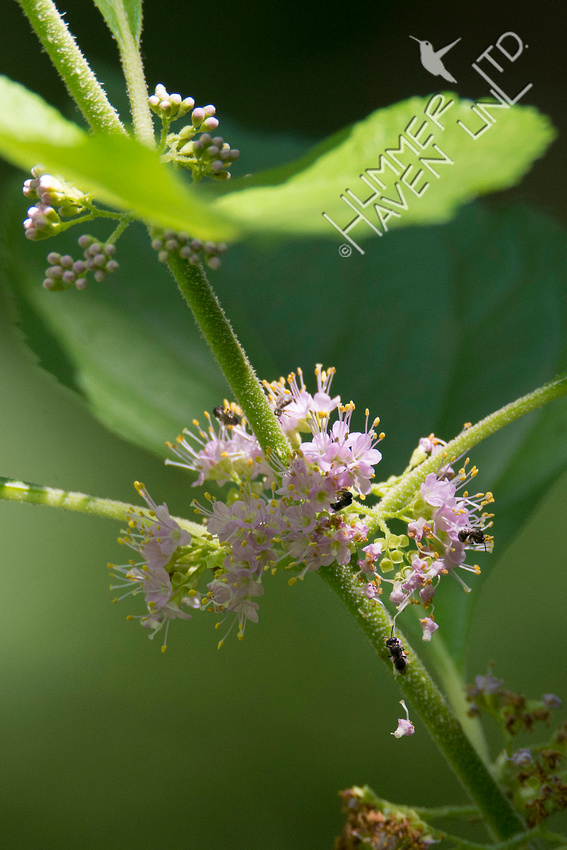 It's time to get back outside!