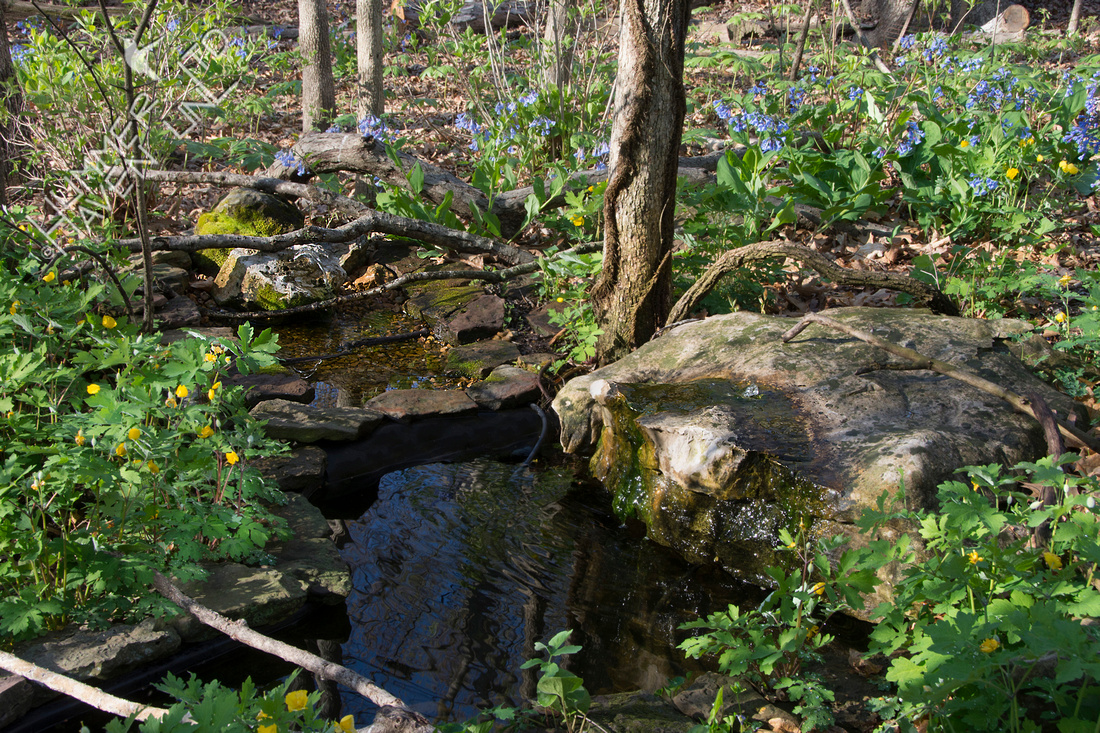 Monday was the last morning of April and the air seemed to be ready to burst forth with birds! The Bubbler was ready to accommodate them. Seven new birds showed up that day. A Gray Catbird was first at the Bubbler in between quick forays into the bluebells and poppies looking for insects. 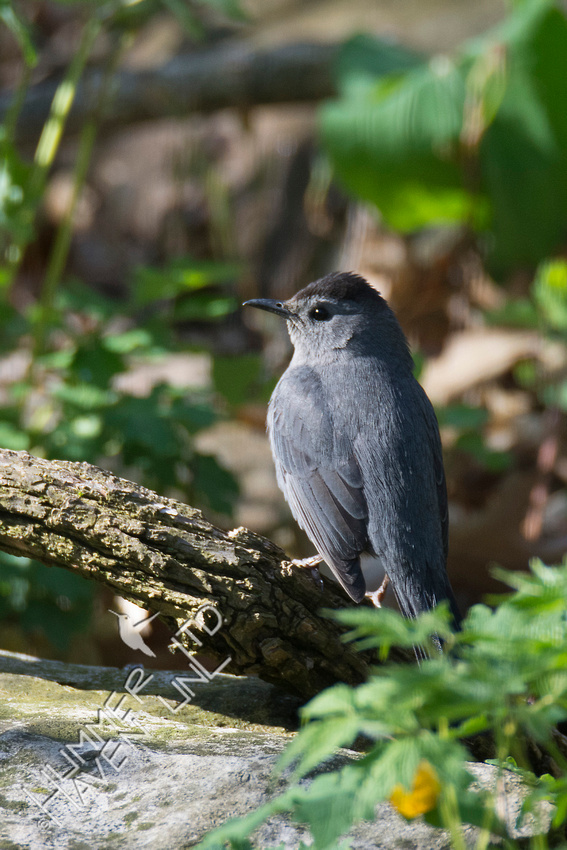 The first Swainson's Thrush had arrived. Last year, my first sighting of this species broke the earliest Missouri record by four days when it came on 4/10/17. This bird was 20 days later. This late migration has not been a figment of our imaginations! 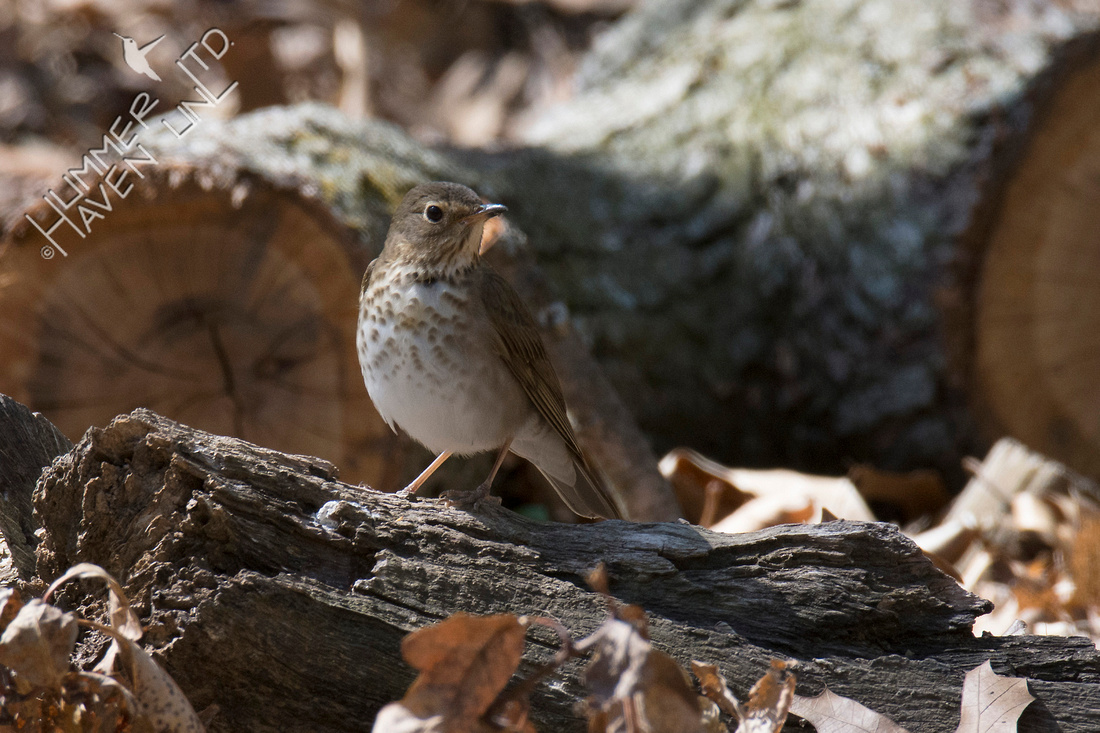 The first Baltimore Oriole was heard and then found high in one of the sugar maples. 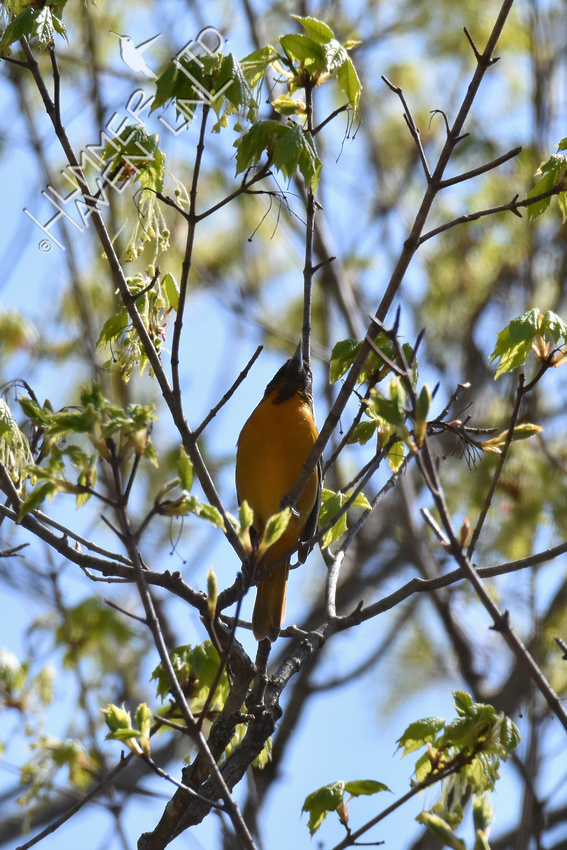 To my delight, a Kentucky Warbler foraged near the Bubbler and I finally was able to snatch a couple images as it worked under the gooseberries and later in back. I do not get to see this lovely bird every year! 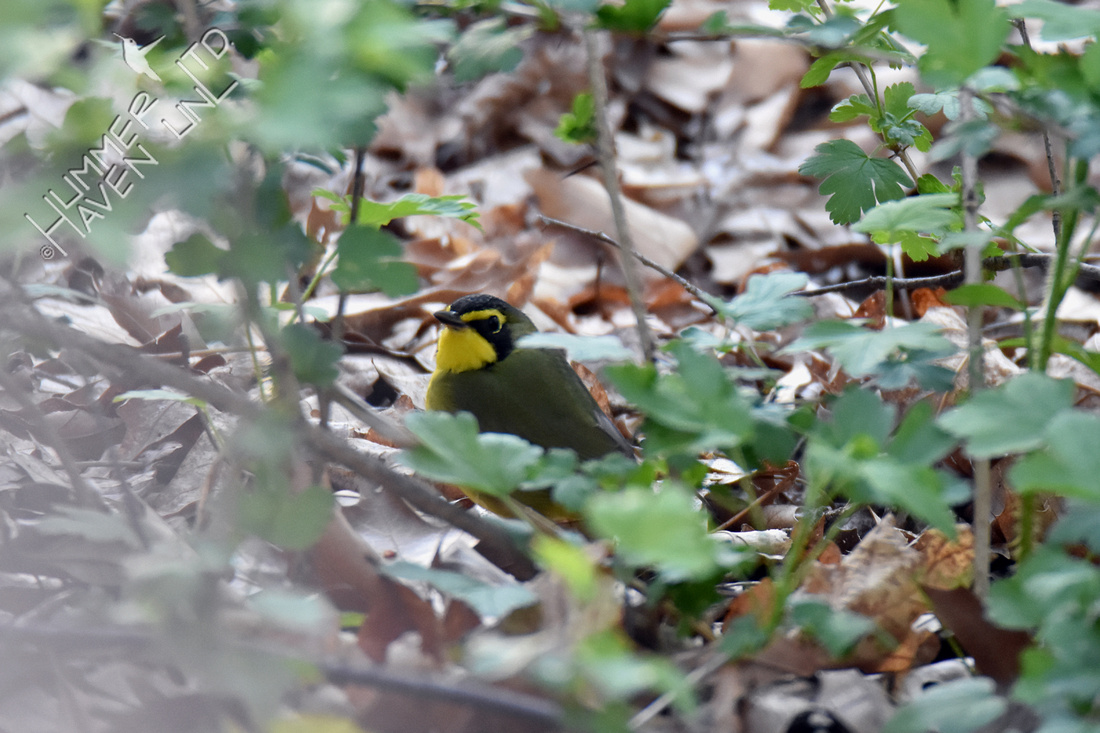 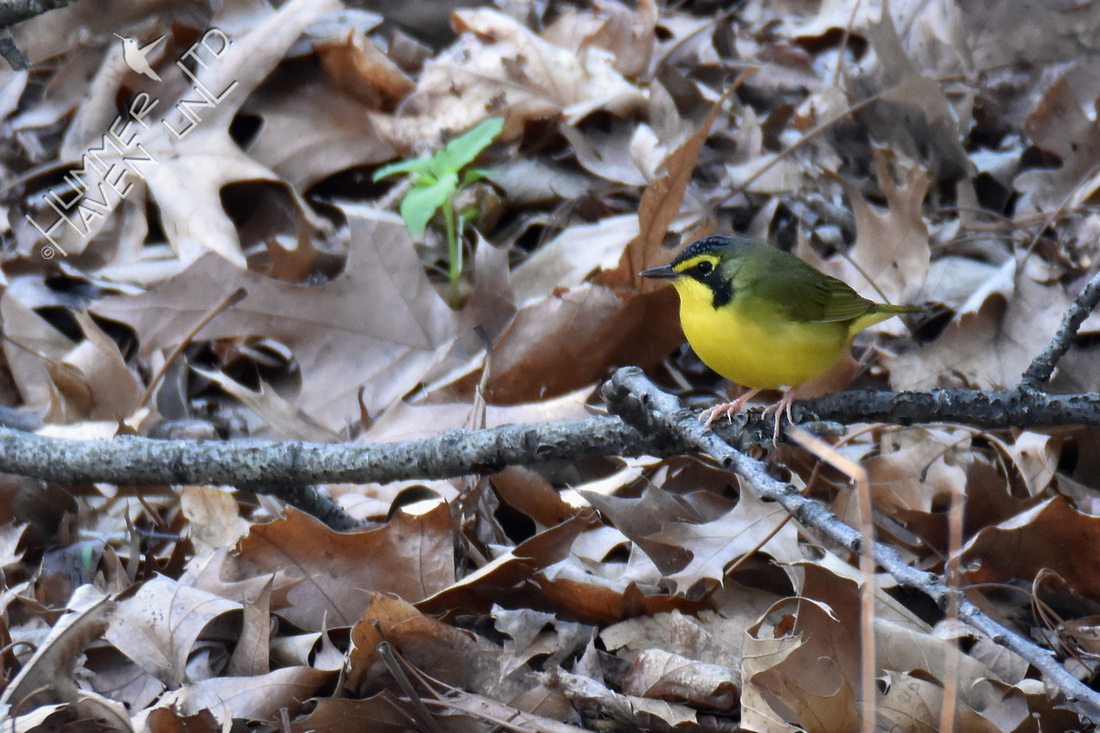 A Red-eyed Vireo stopped in to drink at the Bubbler.  Only one other time have I seen one do this and it may be the same bird. Typically, they will splash-bathe. The red eye is well lit in the soft morning light. 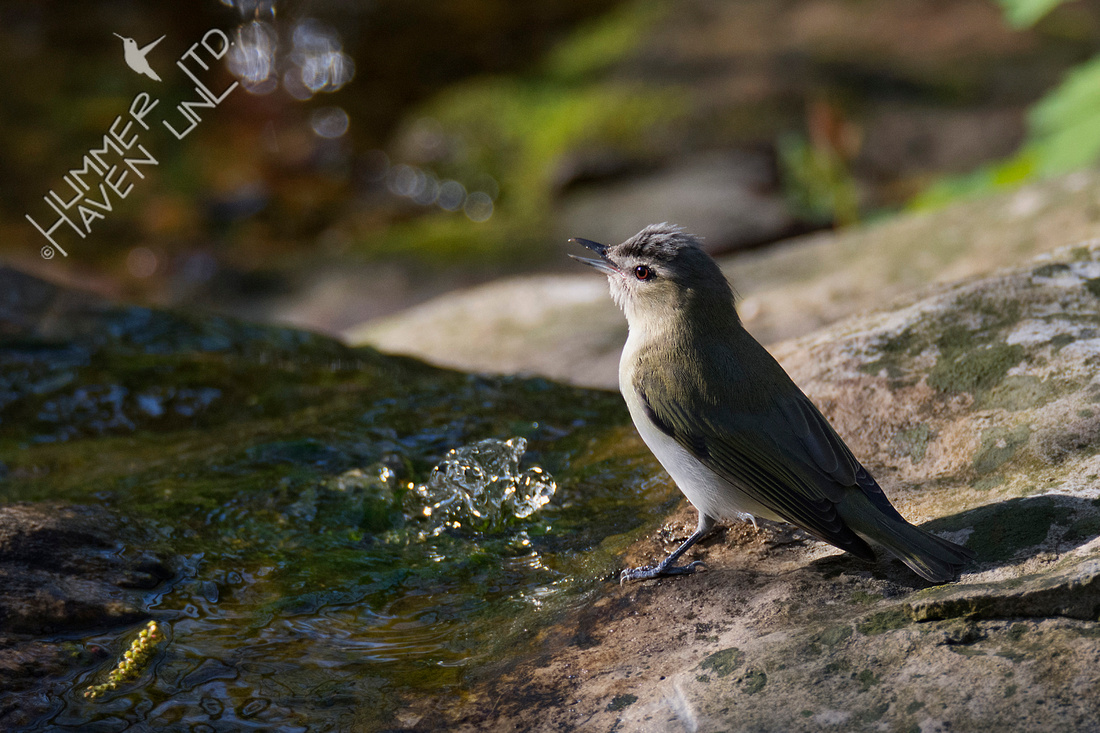 One of two male Rose-breasted Grosbeaks came for a bath but the dominant Northern Cardinal promptly chased it away before it got any closer than this. 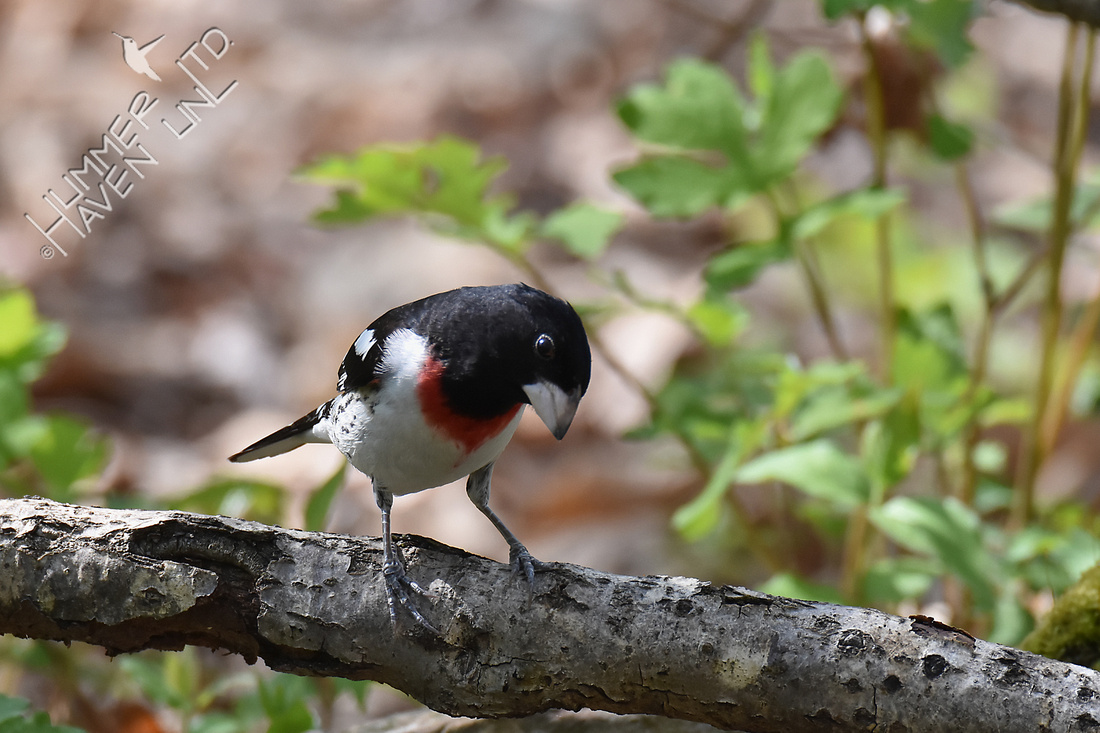 This male Indigo Bunting still has a patchwork of feathering but it will soon become true-blue.  It found a flying insect for breakfast. 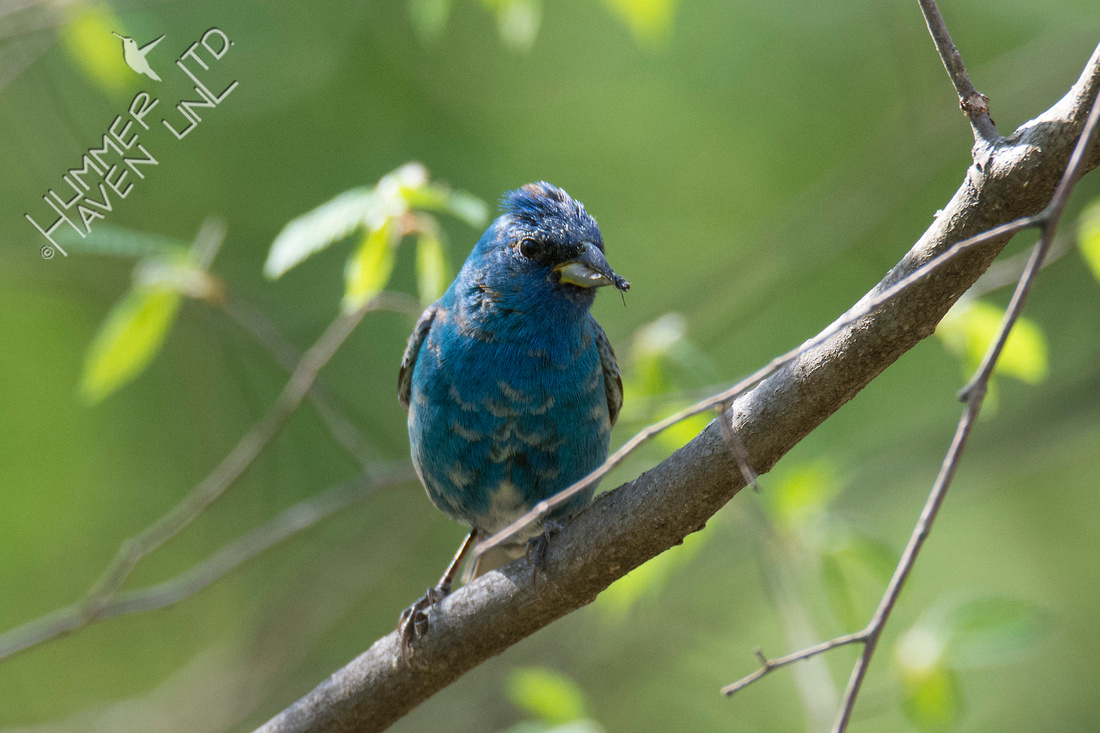 Blackpoll Warblers are back! 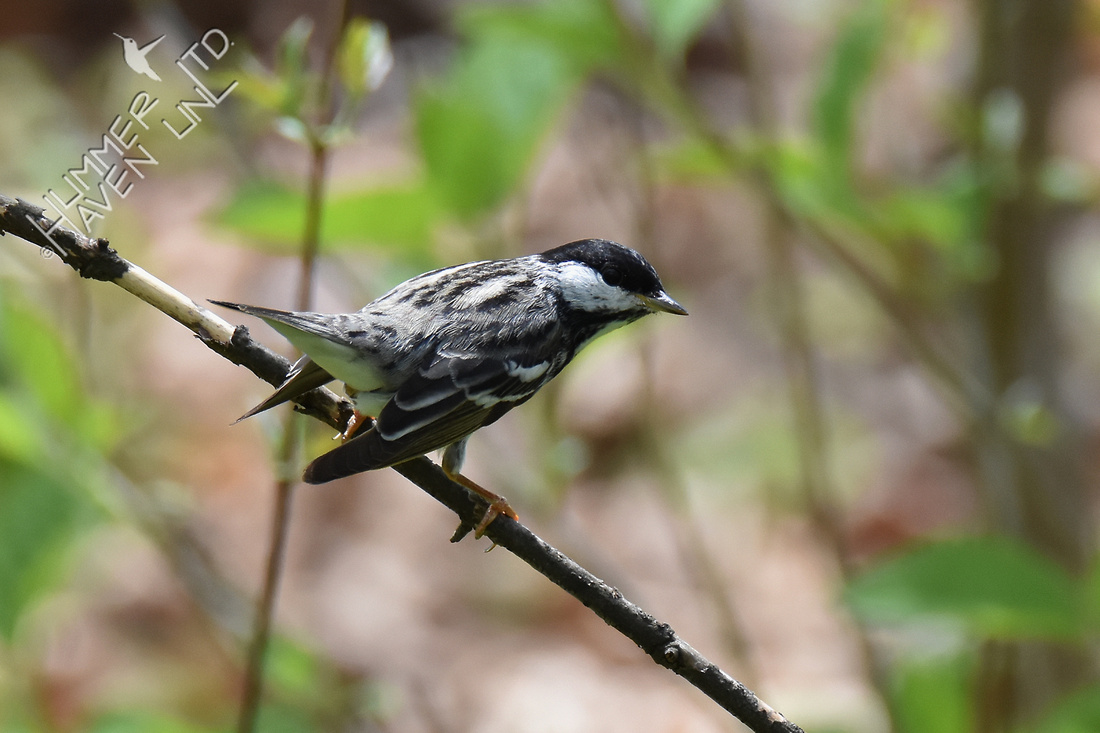 The Bubbler has become the hot spot again with very dry days and new birds anxious to get in. The Nashville Warbler on the left was a bit wary to join the squawking Tufted Titmouse when it chased away the Carolina Chickadee. 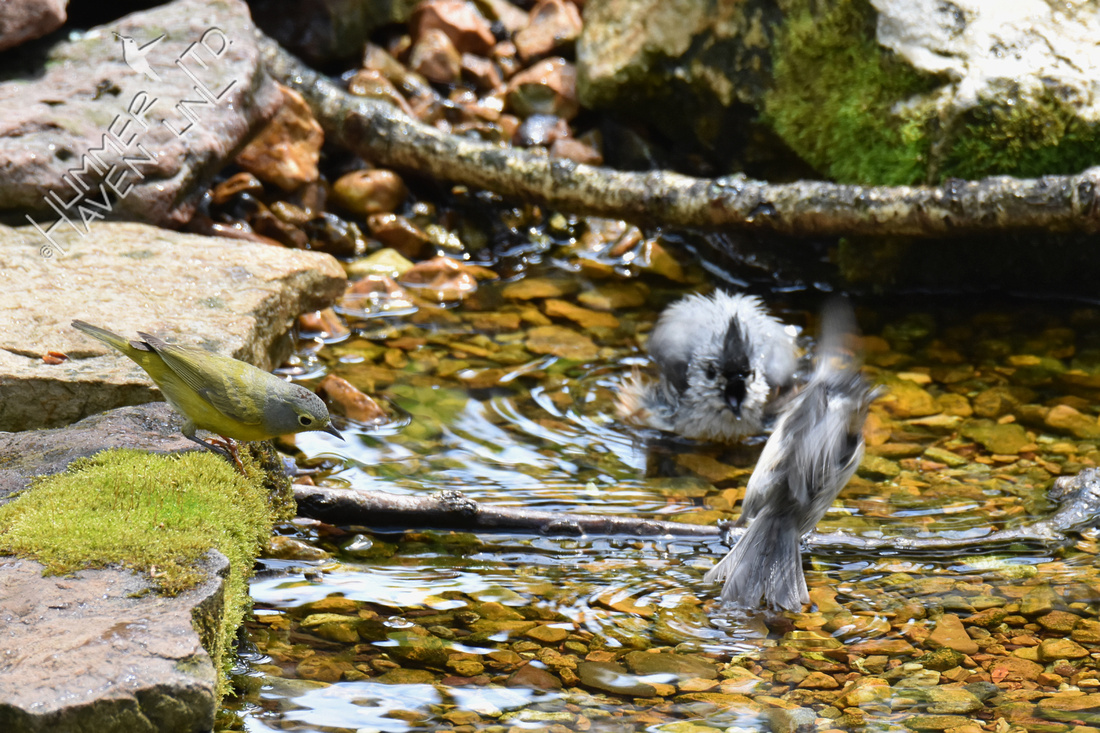 Finally, the little bird could say, "It's MY turn!" 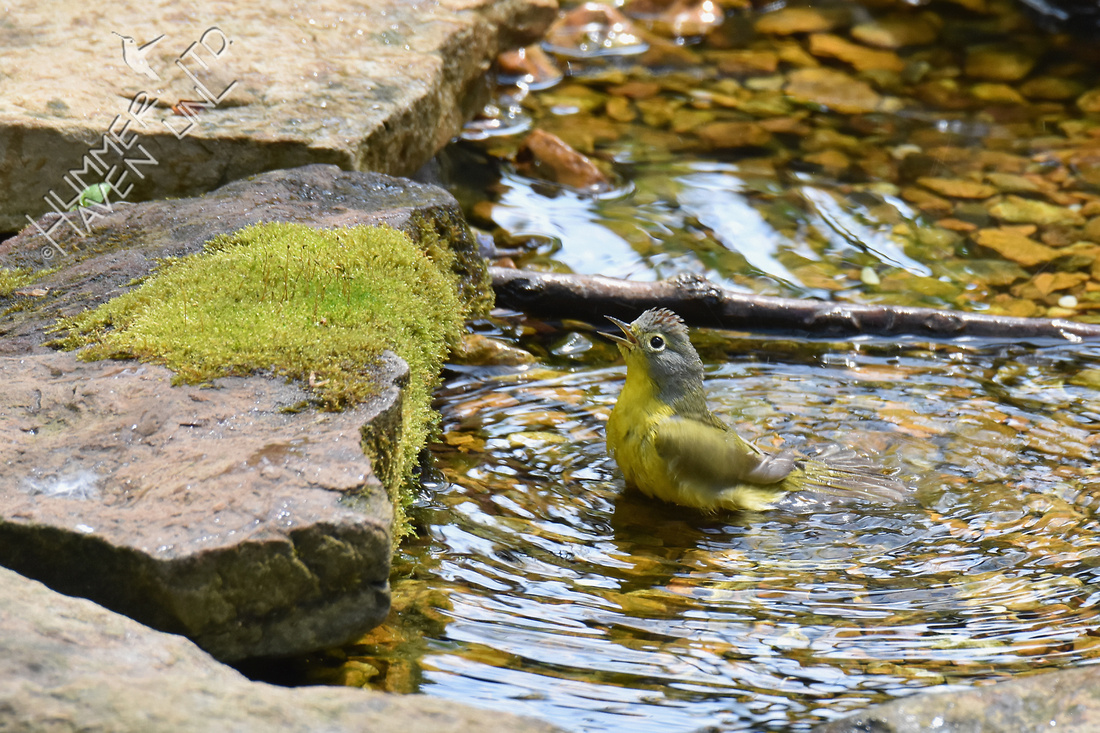 A family of Cedar Waxwings have been calling while feeding together. This one came down to investigate and rest. 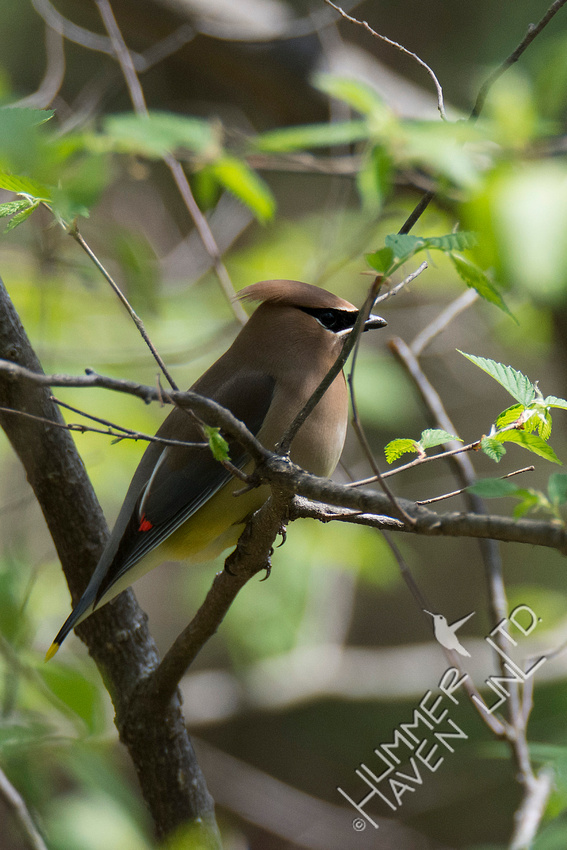 Tuesday, 5/1/18 was a banner day with 49 species of birds and 8 warblers. But Wednesday would prove to be even better! A Great Crested Flycatcher had arrived on 4/27/18. Last year, this species nested here. Conditions have been very dry and breezy. To my surprise, this bird decided to come and drink at the Bubbler for the very first time. That makes it Bubbler Bird species #120! 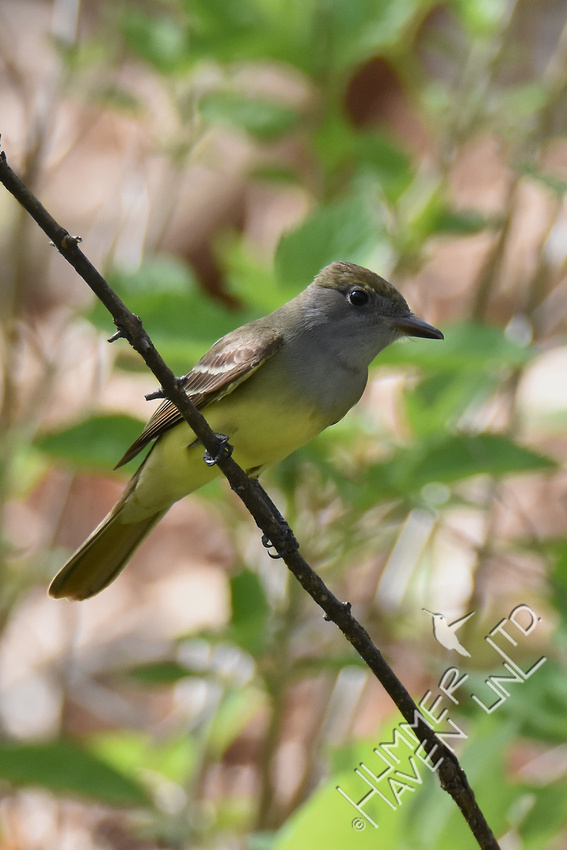 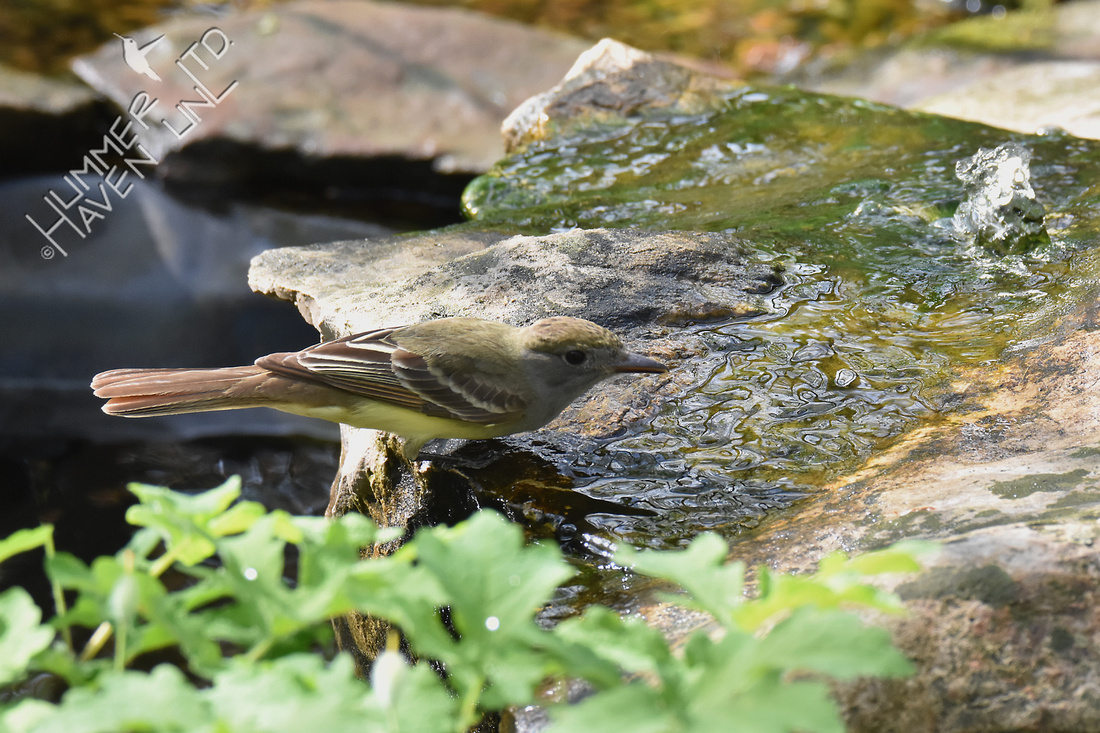 The day was certainly not over. A fine looking Blue-winged Warbler was foraging in native hydrangeas behind the Bubbler. These birds are all so hungry and thirsty when they first arrive. Singing happens after satiation. 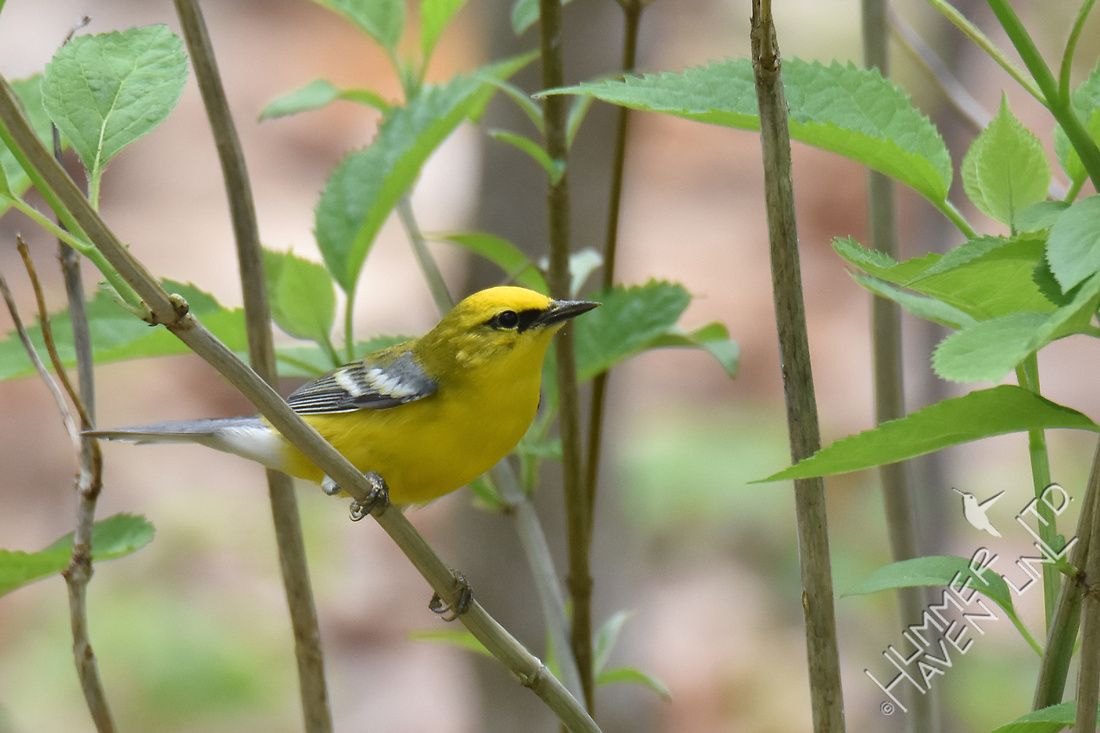 I saw the first Ovenbird of the year before 8 am. A bit later, it popped out from under the deck a few feet from where I was sitting. I didn't move a muscle for fear of flushing it much further away! In a bit, it flew up to a dogwood and studied me for a while. It pays to give these birds space and respect. They're curious, too! It was soon walking along the woodland floor and finding more food. 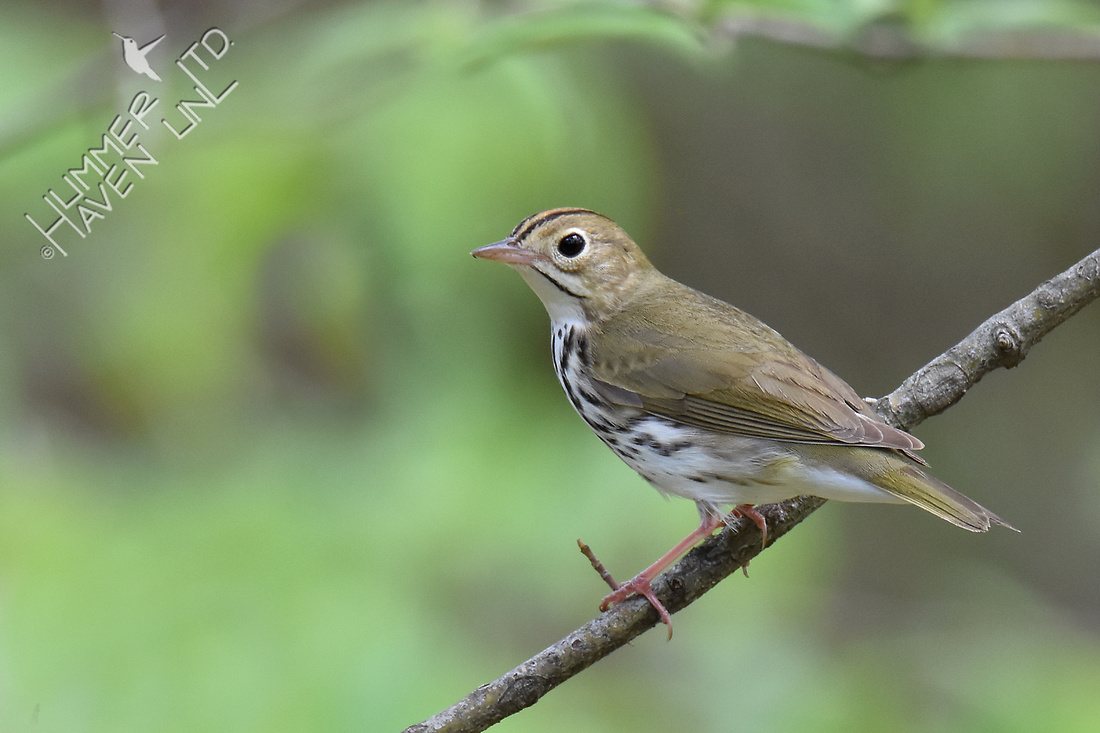 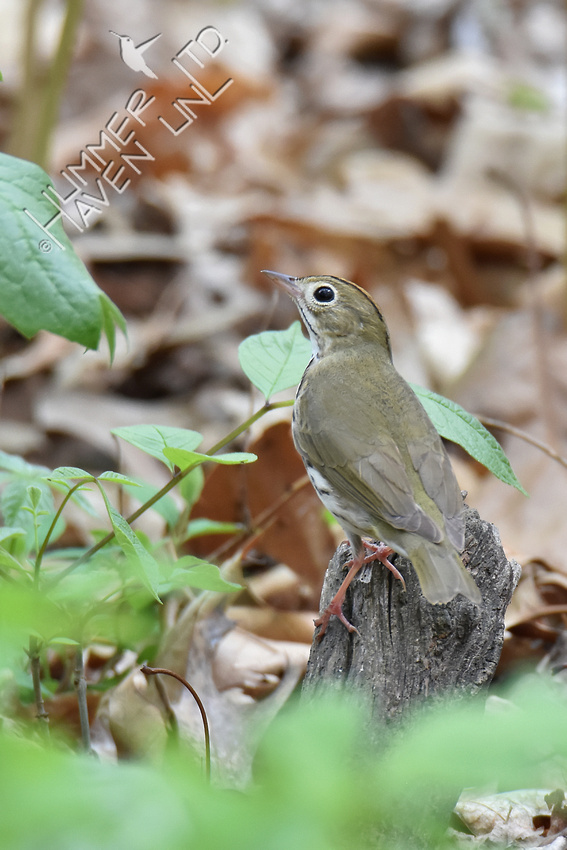 Chestnut-sided Warblers were finding larvae in the small elms.  A gorgeous Bay-breasted Warbler made several attempts to get near the Bubbler, but there was simply too much activity for it to find a way in. Some birds prefer it a bit more quiet. 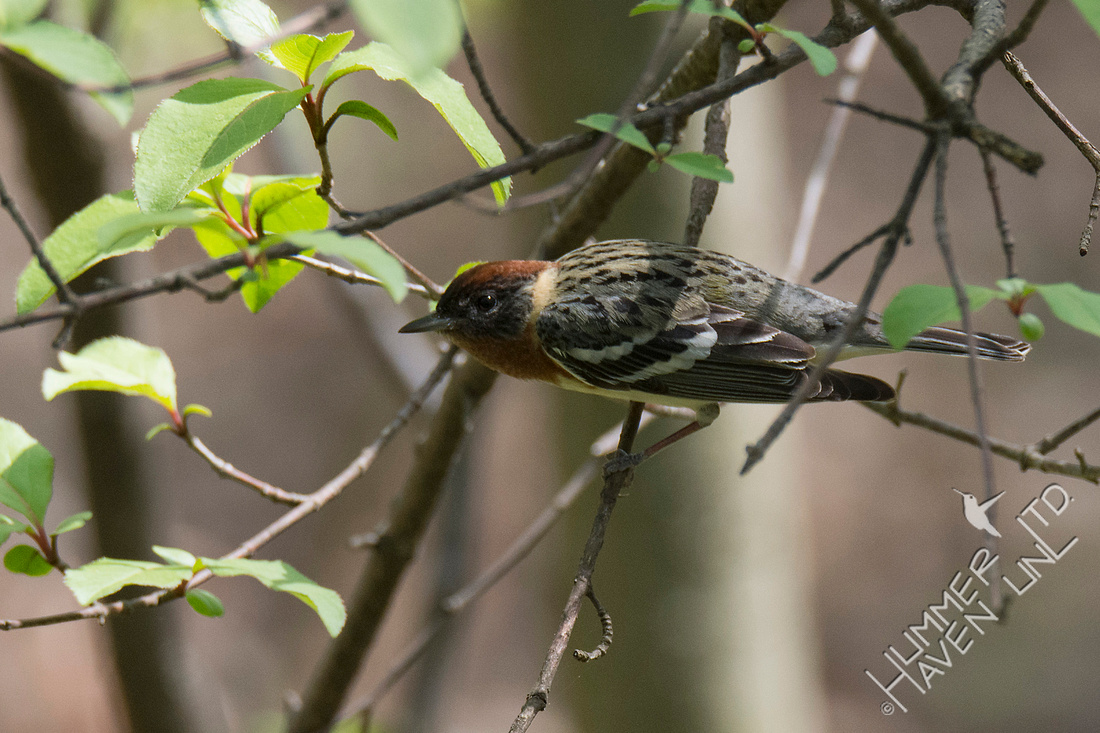 A female Summer Tanager made a couple attempts to get closer to the water. The bird was just getting comfortable when peace was interrupted by noisy mowers and blowers nearby.  The spell was broken at 3:30.  I went back out at 5:00 when it was quieter but birds had scattered. About 7:30 pm, we heard fussing and we saw a Barred Owl bathing in the sump puddle. That brought the day's totals to 52 species with 11 warblers and 8 new arrivals. What a great start to May! 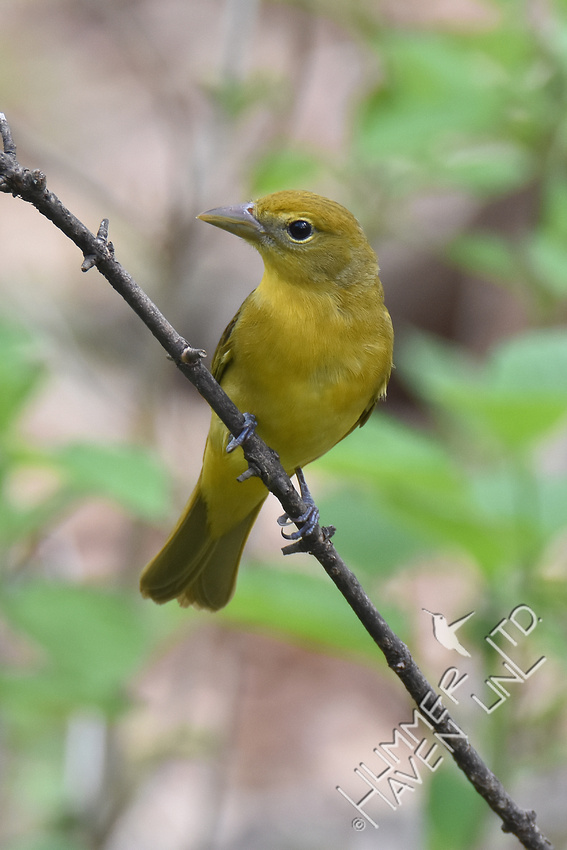 To view all the photos since the last post:  Birds late April into May