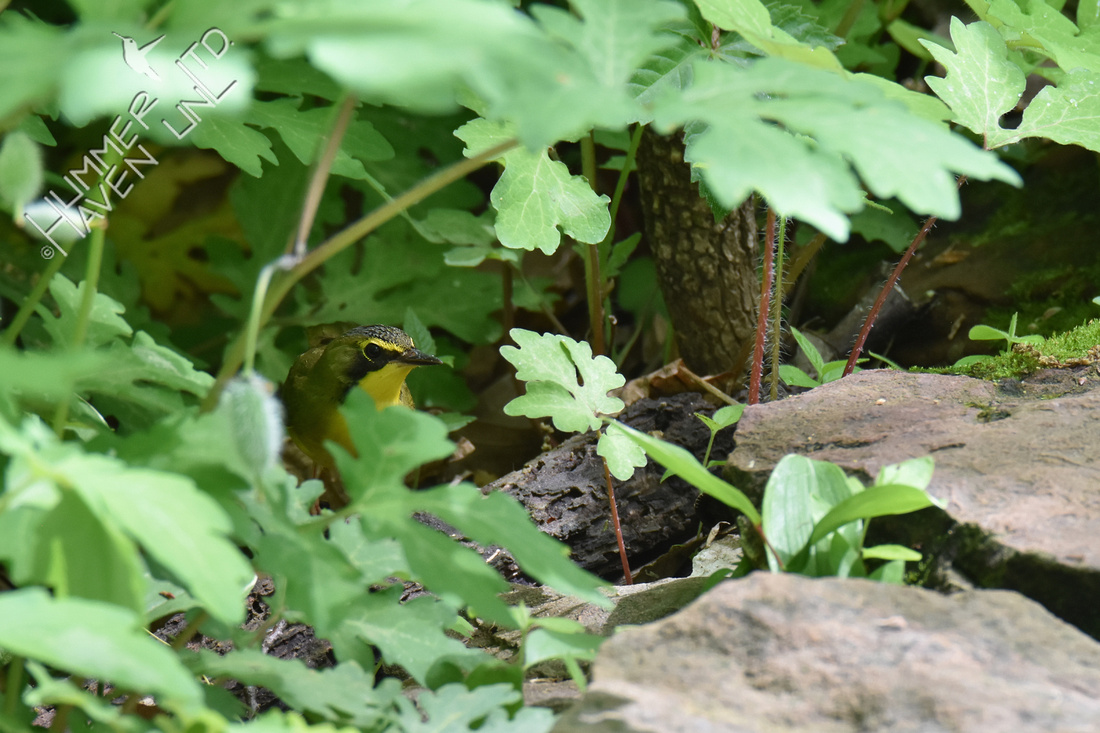 Roger Tory Peterson on the Kentucky Warbler:  "Learn the song; for every ten Kentuckies heard, one is seen."

This May has been the very best of the best so far! It is difficult to put into words how this feels. For years, we've worked together toward removing invasive species of plants, adding natives, and watching the woodland recover. Every layer of the canopy now provides a bounty of food for the birds. This past week has been record-breaking in terms of the numbers of species I've documented here since 1996. I have had six days already with over 50 species each day. The highest count was on Friday, 5-4-18 with 58 species including 16 warblers. It gives me palpitations! I am so very grateful to Dan for his supportive constancy in our efforts; to all of those from whom I've learned about our native plants, native birds, and the insects that are so necessary to their survival. I have had so much help in this endeavor and it's such a joy to share some of what I've seen.

A week ago, I saw a Kentucky Warbler and shared two images. What I didn't say was that I had not laid eyes on one in 6 years and then I only took videos of it. Here is one video from 5-2-12 that shows some of its behavior.

Yesterday, while I was photographing birds, a swarm of flying ants began to emerge from a log on the path about six feet away from me. Oh, the breeze was carrying them my way, between me and the camera, under my glasses. So, I Ieaned back in my chair out of the way and realized birds were overhead, coming in to catch them. I picked up the camera and moved a few feet to my left to photograph a Blue Jay that had come in for the feast. 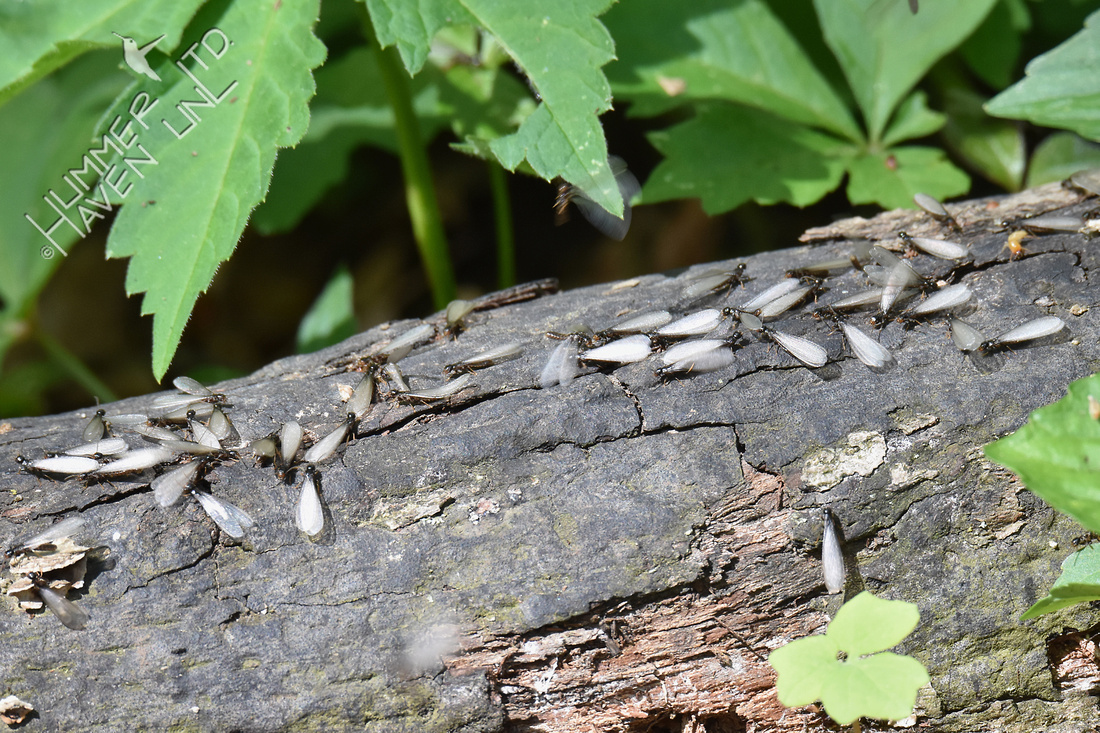 The Blue Jays have nestlings and these insects would make a perfect meal for them. 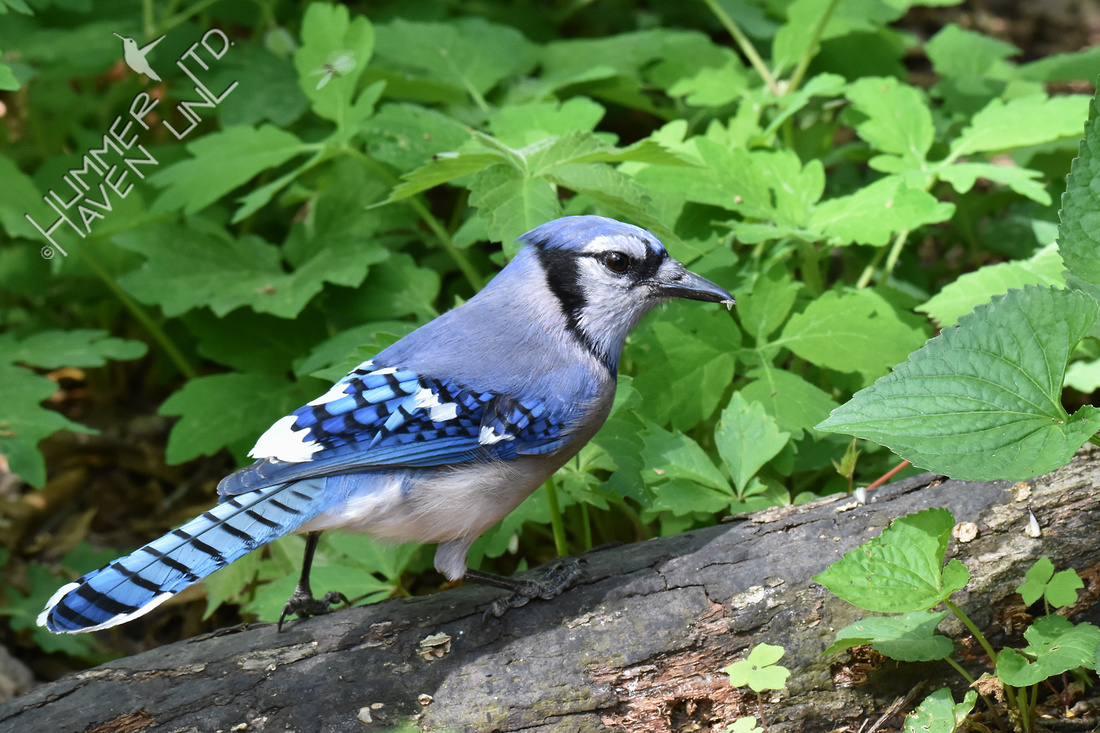 I began to move back to my spot when I realized that a Kentucky Warbler was on the stone wall just to my left and a step below me! I feel certain that this was the same individual that had been here last week. Shoot, it may have been here all week long, there are so many places for it to hide. This bird was focused on the food, not worried about me and my movements; it quickly caught flying ants, too. 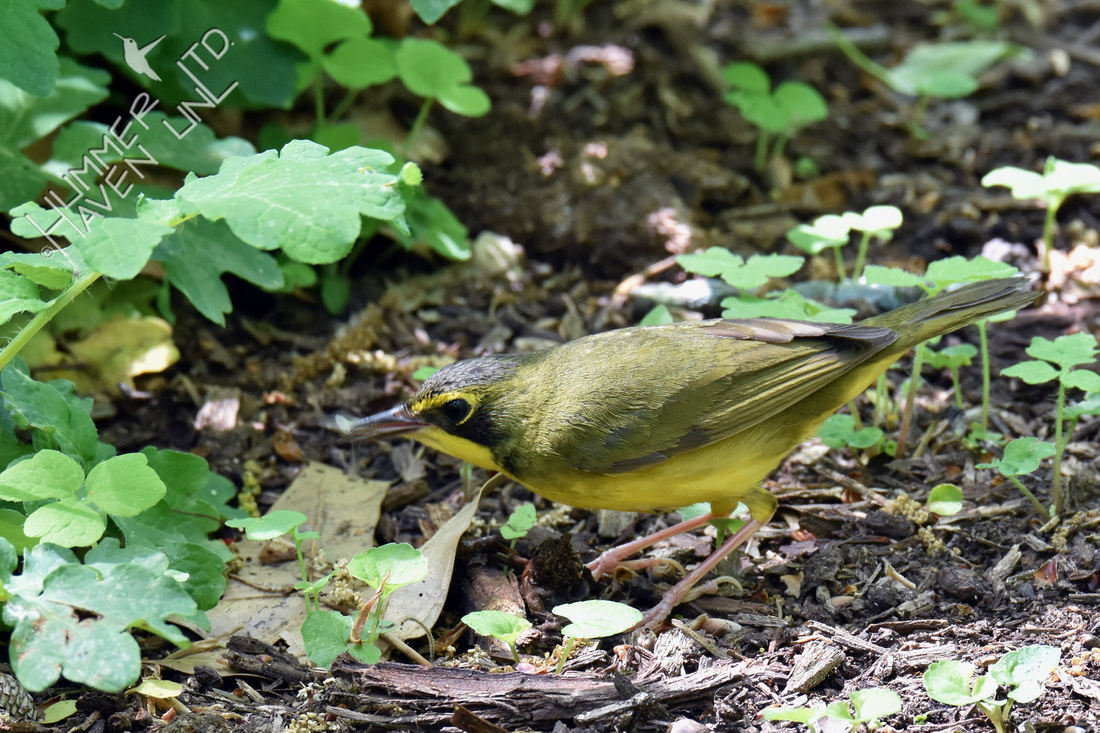 The Kentucky continued foraging in the Celandine Poppies (Stylophorum diphyllum) and Virginia Bluebells (Mertensia virginica). It checked out the 'Bubble' and bathed in the basin. What a "Soul-satisfying View" of this bird! The beautiful Kentucky Warbler is a species of high Conservation Concern with a score of 14. 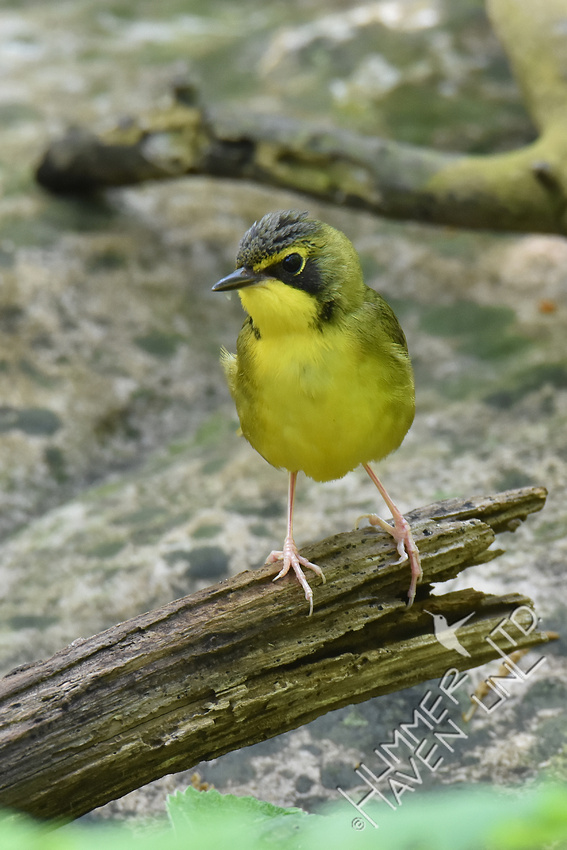 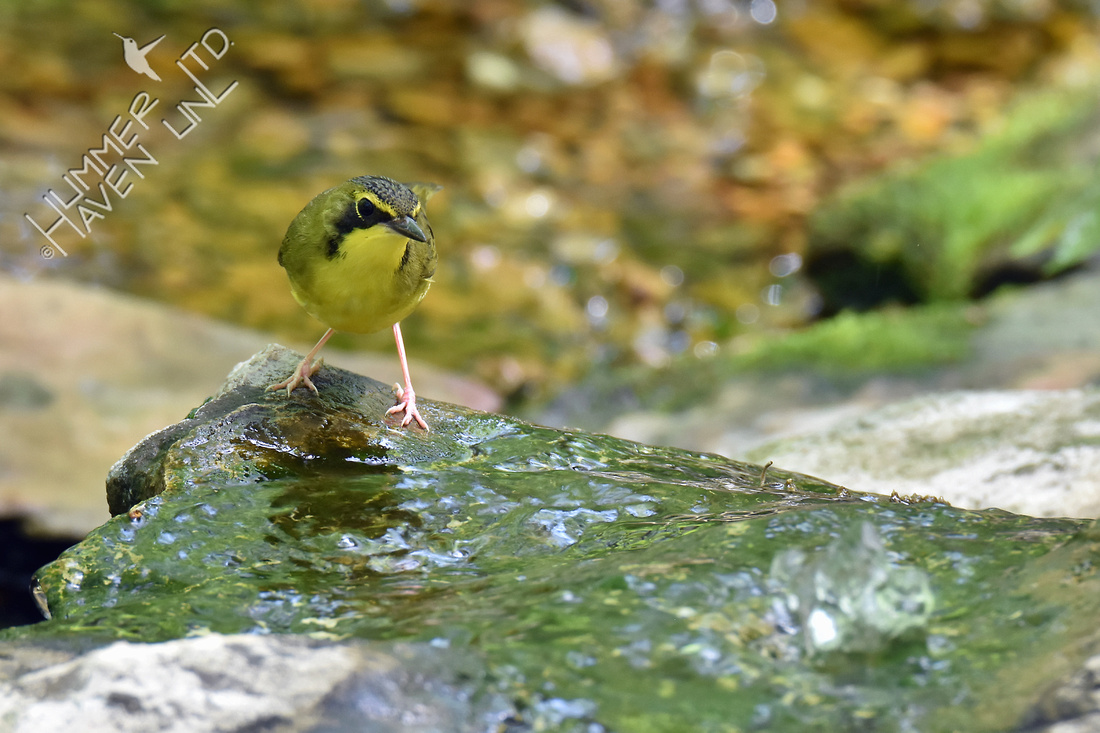 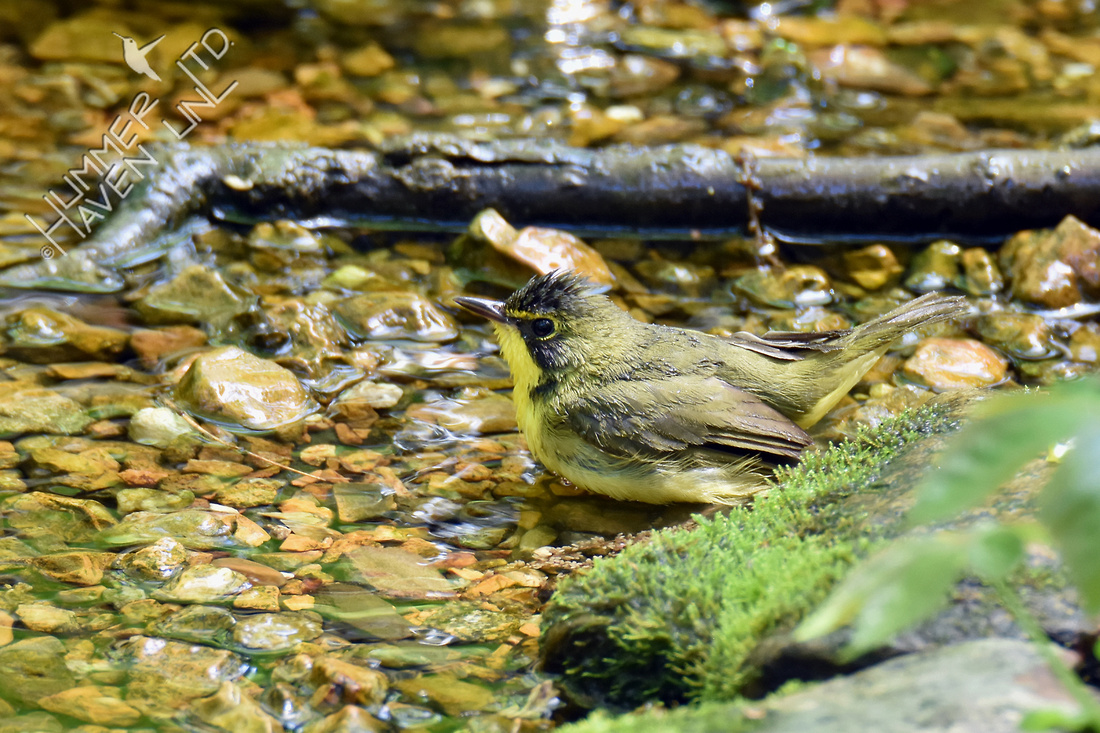 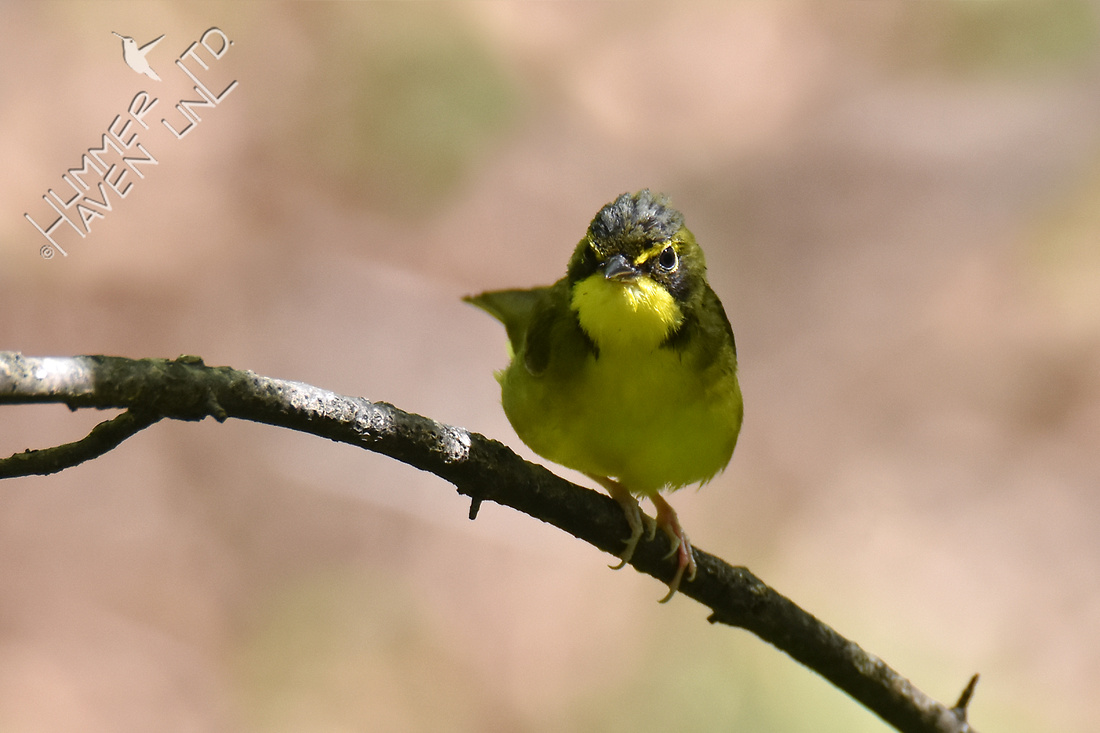 My favorite images from the rest of the week begin with a Northern Parula and Chestnut-sided Warblers. 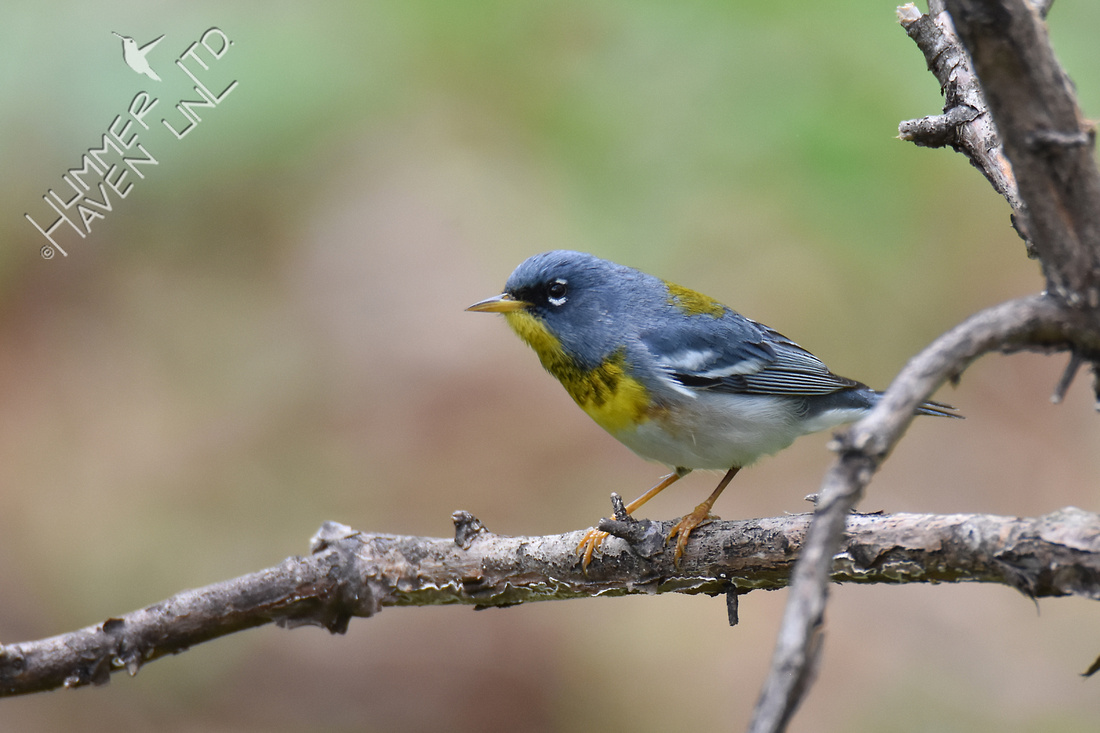 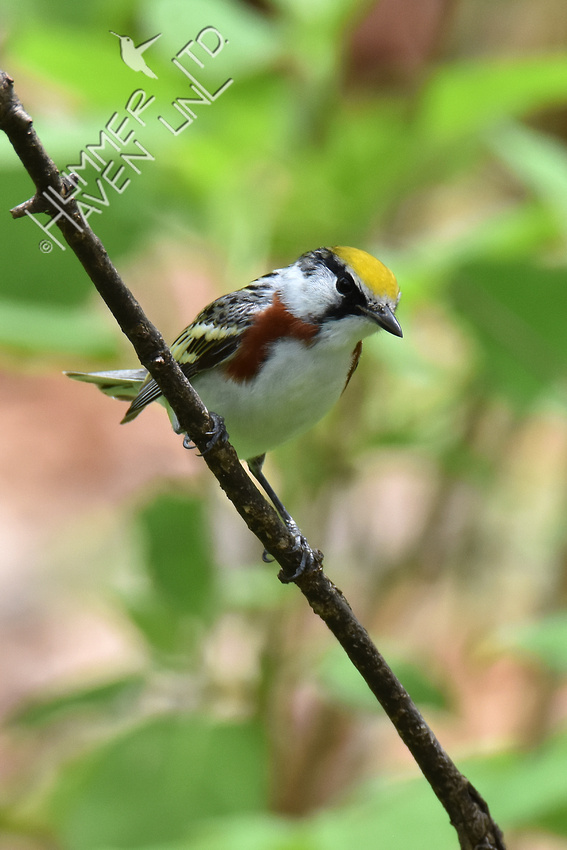 There were two first spring male Summer Tanagers, catching insects as one can tell by the tidbits on their bills. 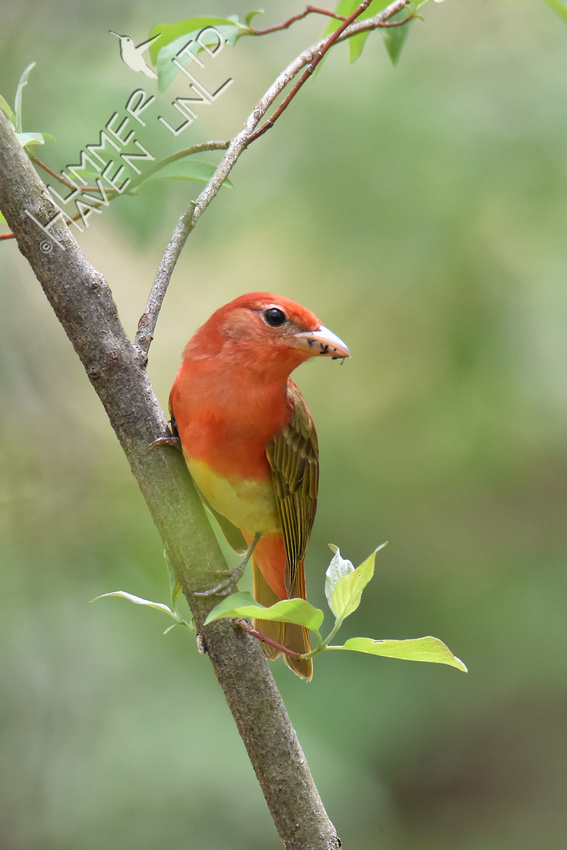 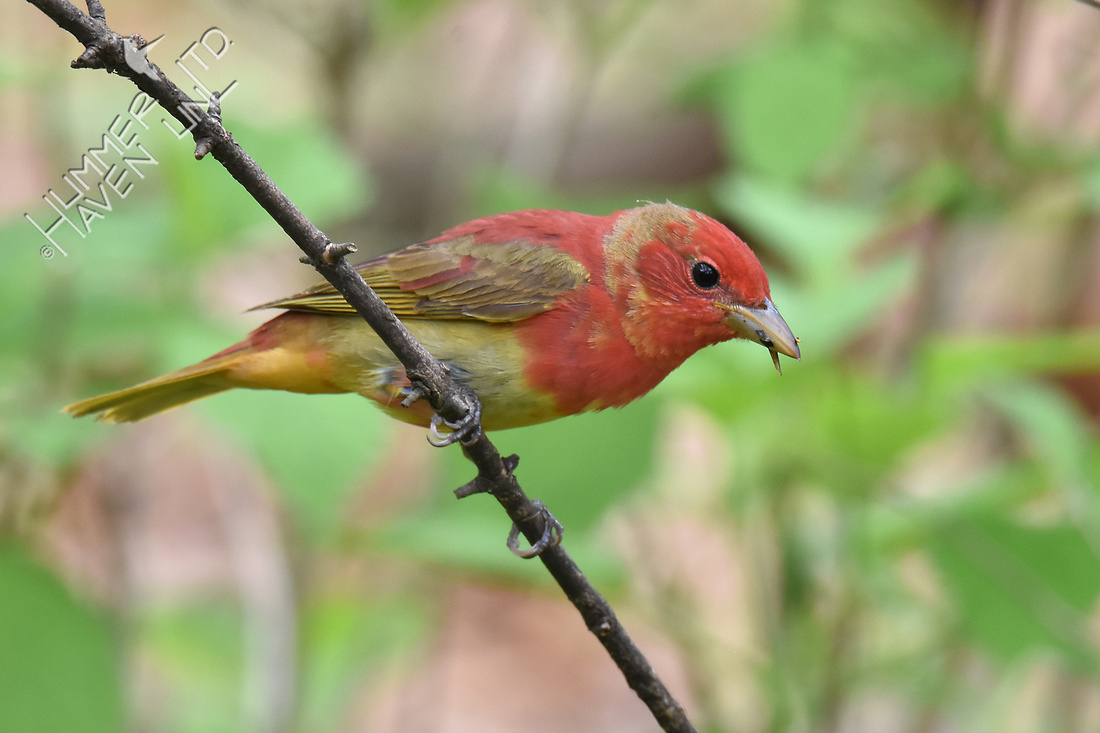 A young male Baltimore Oriole came down from the high canopy to check out the basin. 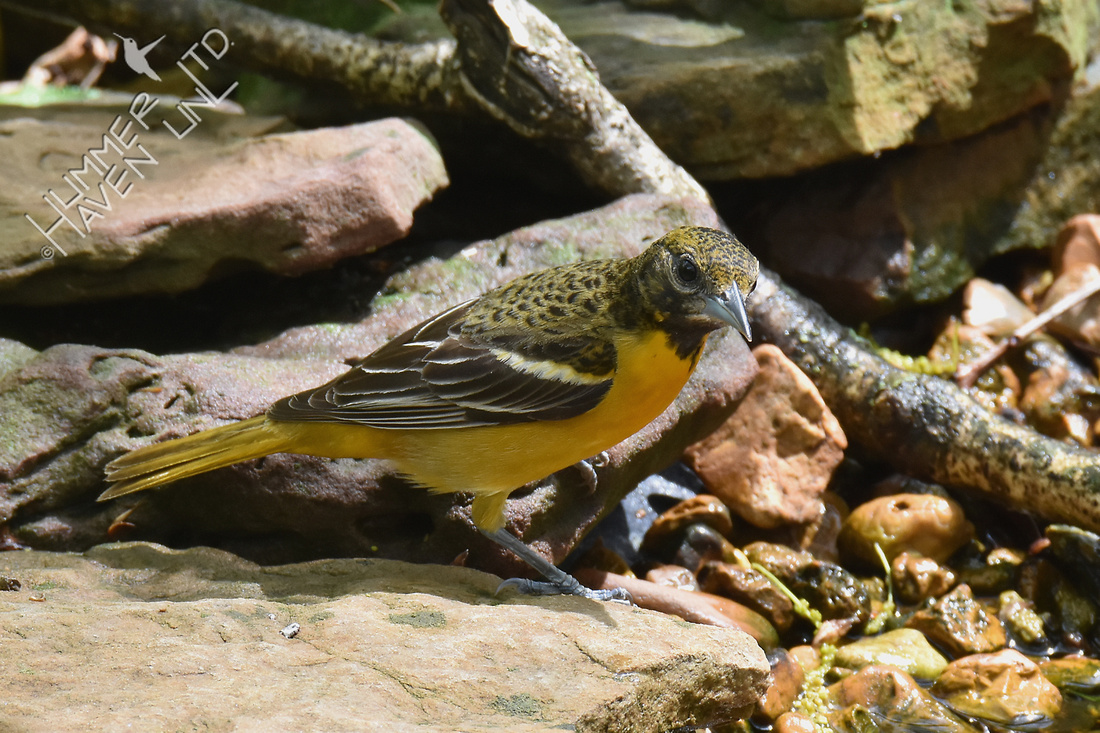 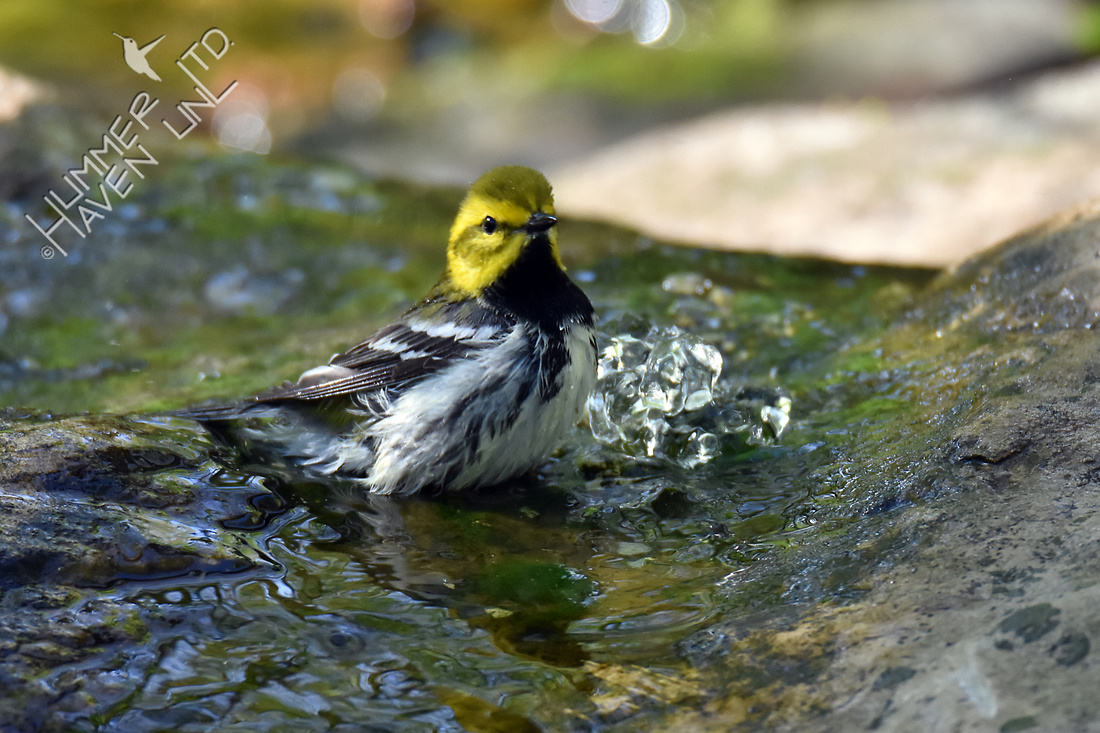 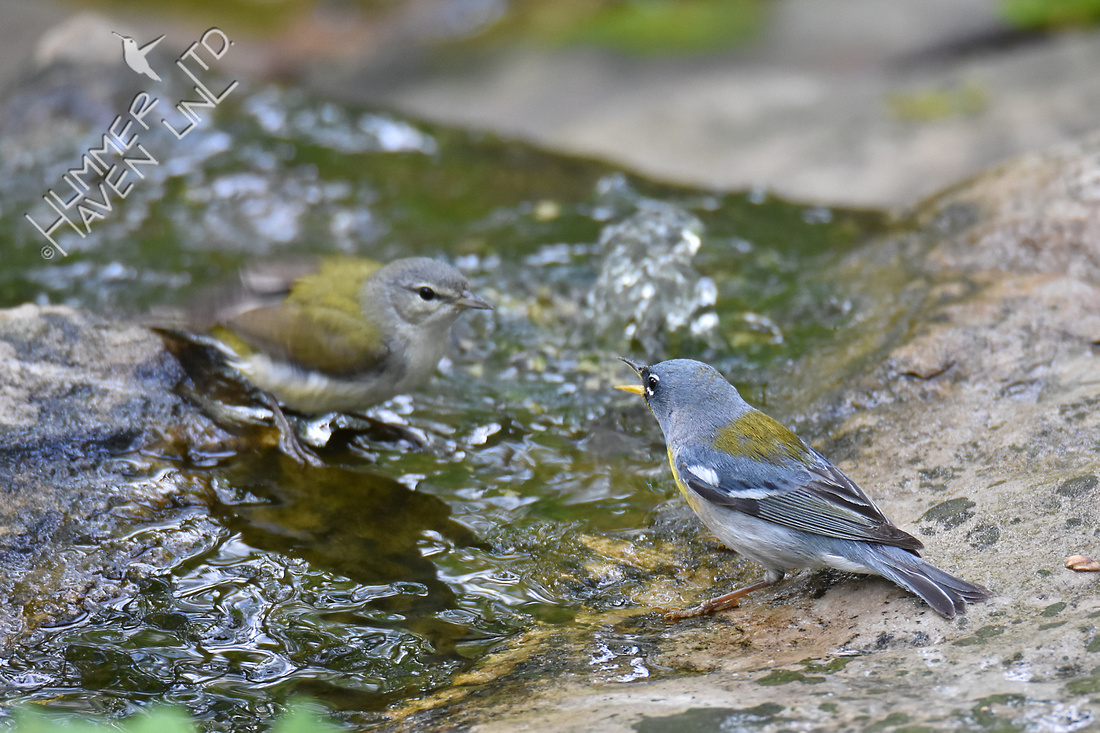 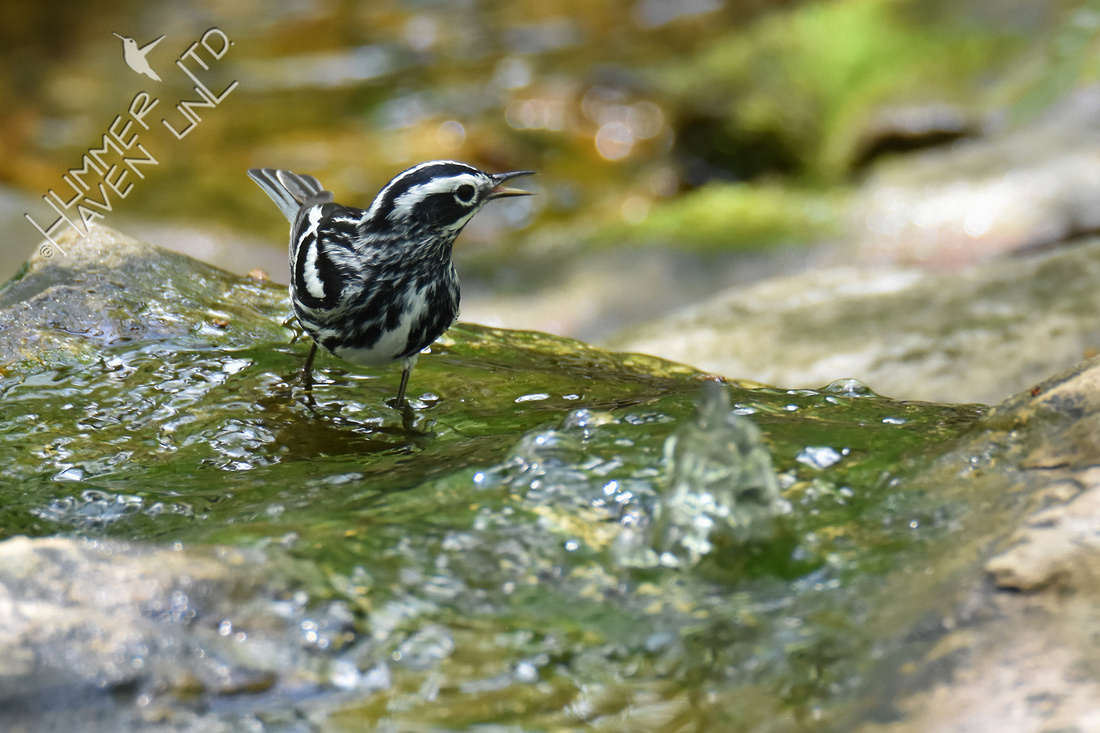 A bird that has only been seen once in the yard visited the swampy thicket two days in a row, an Orchard Oriole. 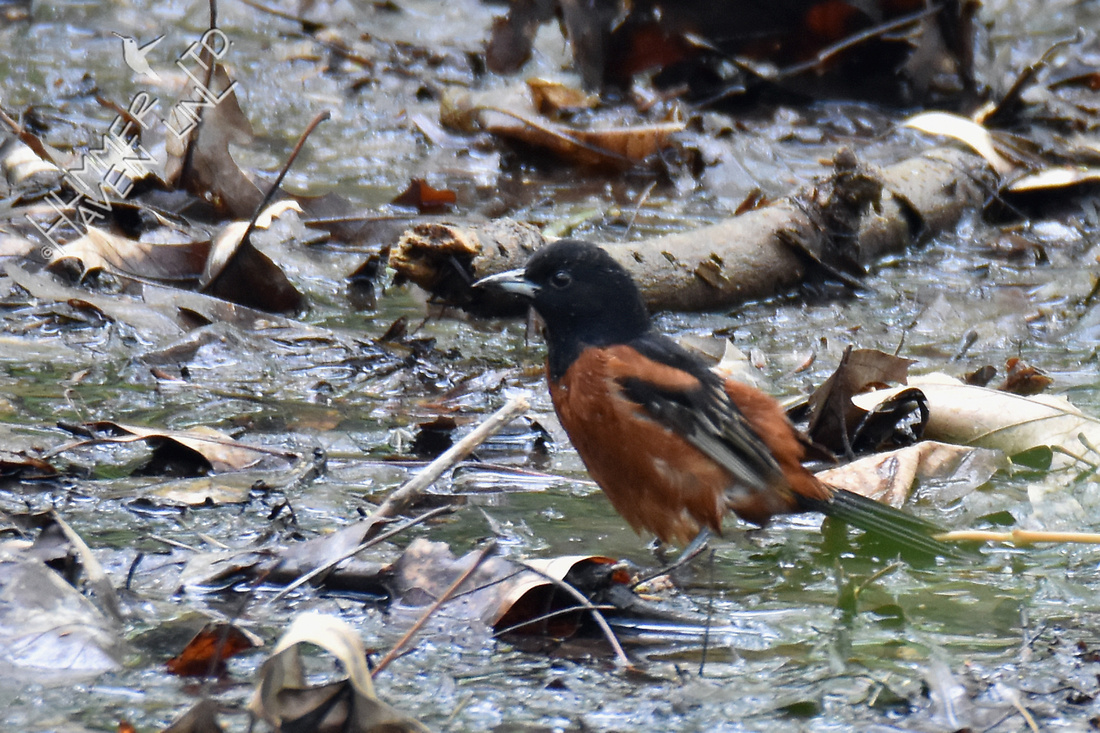 A female Hairy Woodpecker found larvae for its brood in another log in the woodland. 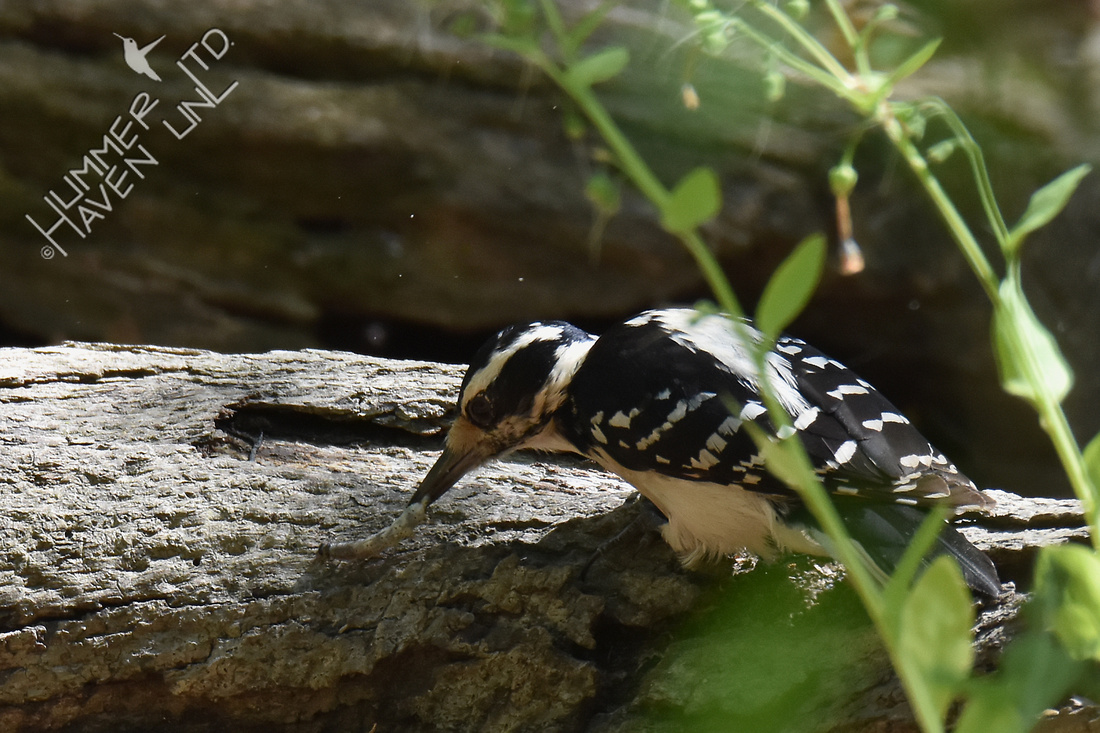 An operatic Tennessee Warbler provided an interlude between sightings of the Kentucky Warbler. 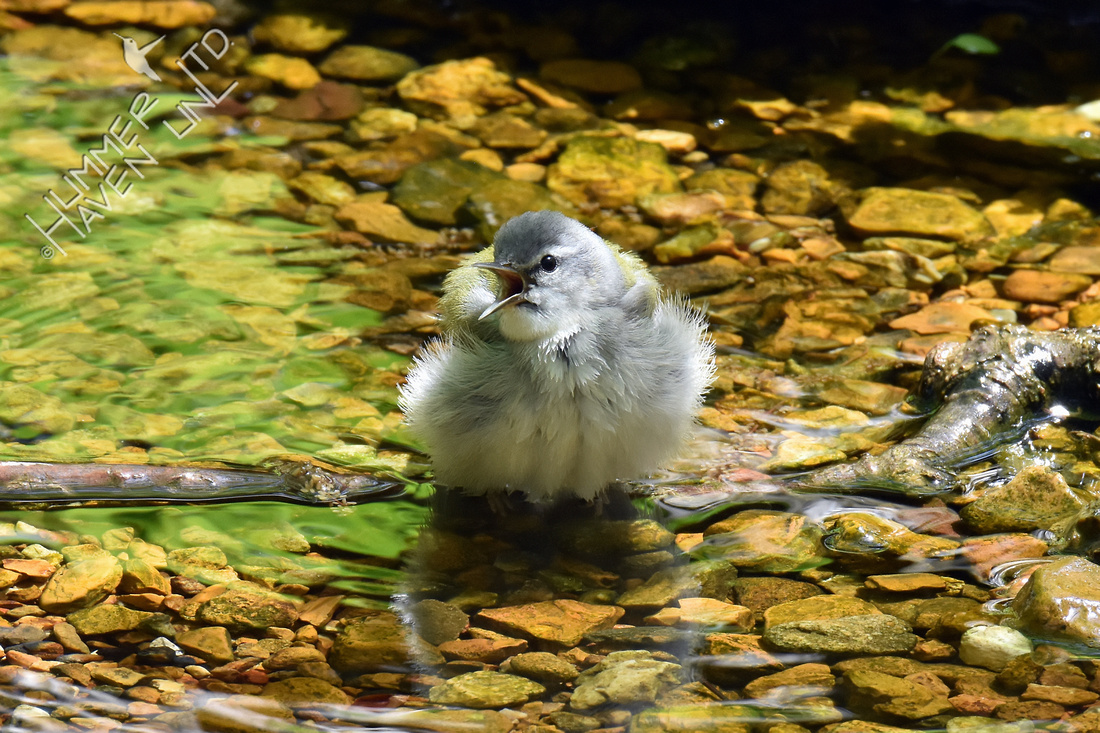 A lovely Veery came to the Bubbler to bathe after being here several days. 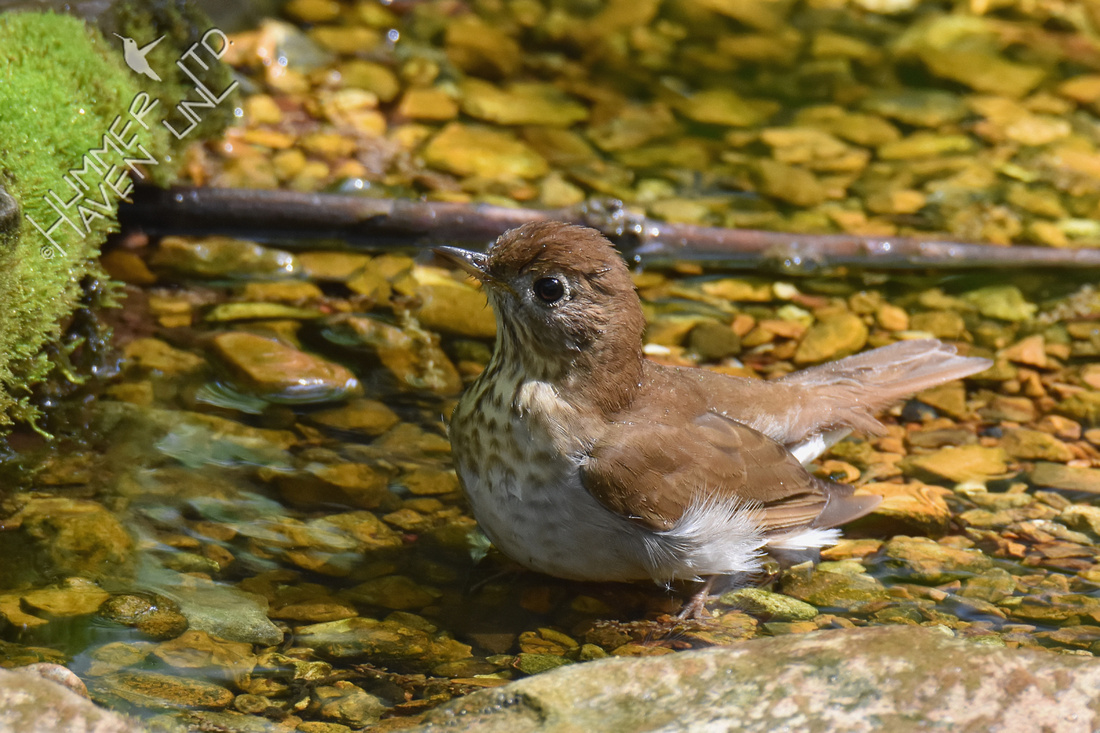 What a magical, memorable week!

Jo Alwood(non-registered)
You had one gorgeous shot after another, and you made up like crazy for six years of not seeing the Kentucky. Connie's been telling me about all the warblers you've been getting. Really, if he could move to any other house besides ours (without crying), it would be yours.
No comments posted.
Loading...
Subscribe
RSS
Recent Posts
1-13-22 Ways to help winter birds Into the New Year! 1-5-22 12-20-21 Approaching the Winter Solstice December! 12-1-21 Ever grateful...Happy Thanksgiving! 11-25-21 Mid-November already! 11-14-21 Happy Halloween! 10-31-21 Celebrating 21 years with the Bubbler! Fall Big Day Report 10-10-21 September, it's a wrap! 9-30-21
Keywords
bubbler pond rusty blackbird mink fox Tanager bluebird basin warblers Purple Finch
Archive
January February March April May June July August September October November December
© Hummer Haven UnLtd.
Powered by ZENFOLIO User Agreement
Cancel
Continue