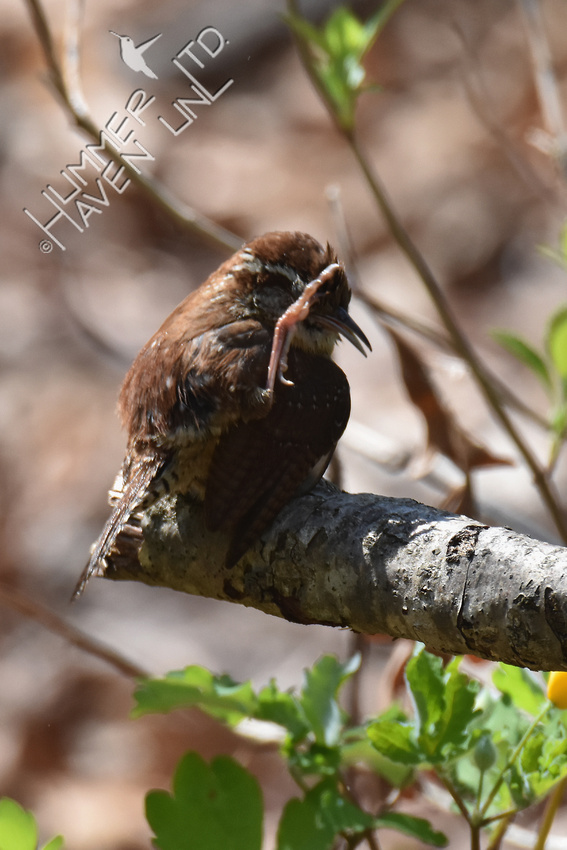 Like this Carolina Wren, I've been scratching my head about this spring's migration. In the last few years I've seen many more species arrive by the end of April. We birders look forward to spring and the arrival of these birds with the greatest anticipation! The extended cold weather seems to have affected their food supply. Now that small insects are emerging, things should pick up around here! It takes them a few days to feed and gather strength at each stop before they can move on. They have been seen in good numbers in southern parts of the state, a very good sign.

So, in the meantime, we enjoy watching the Yellow-rumped Warblers and hearing the plaintive song of the White-throated Sparrow. 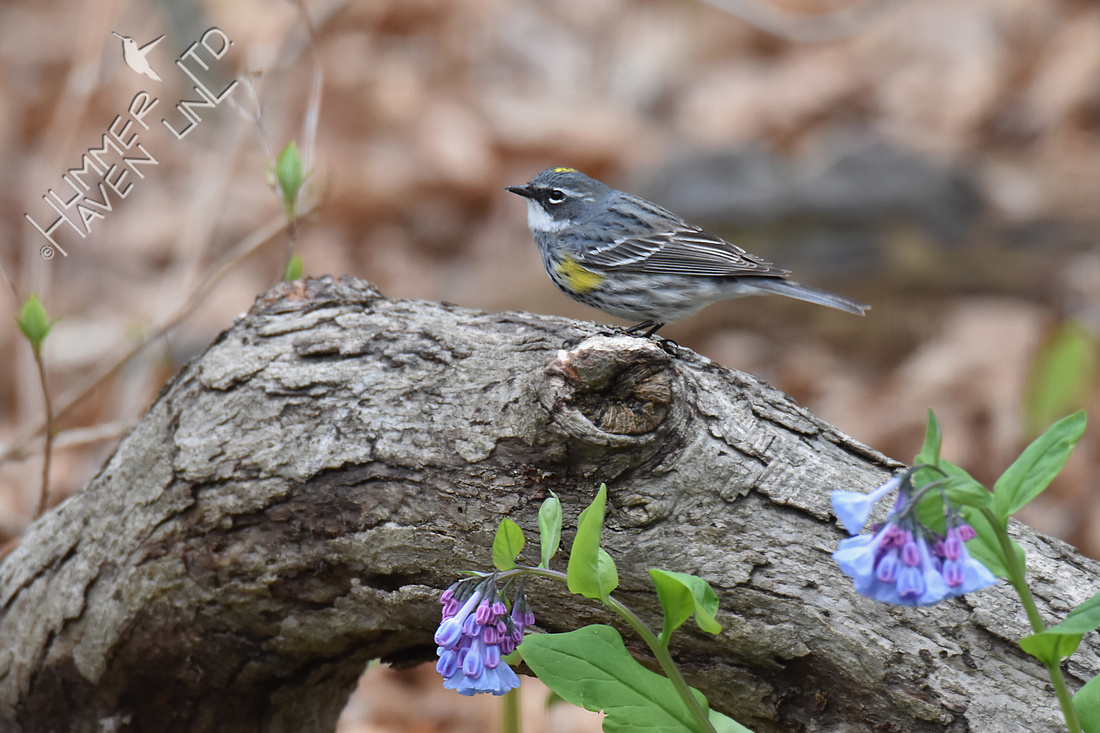 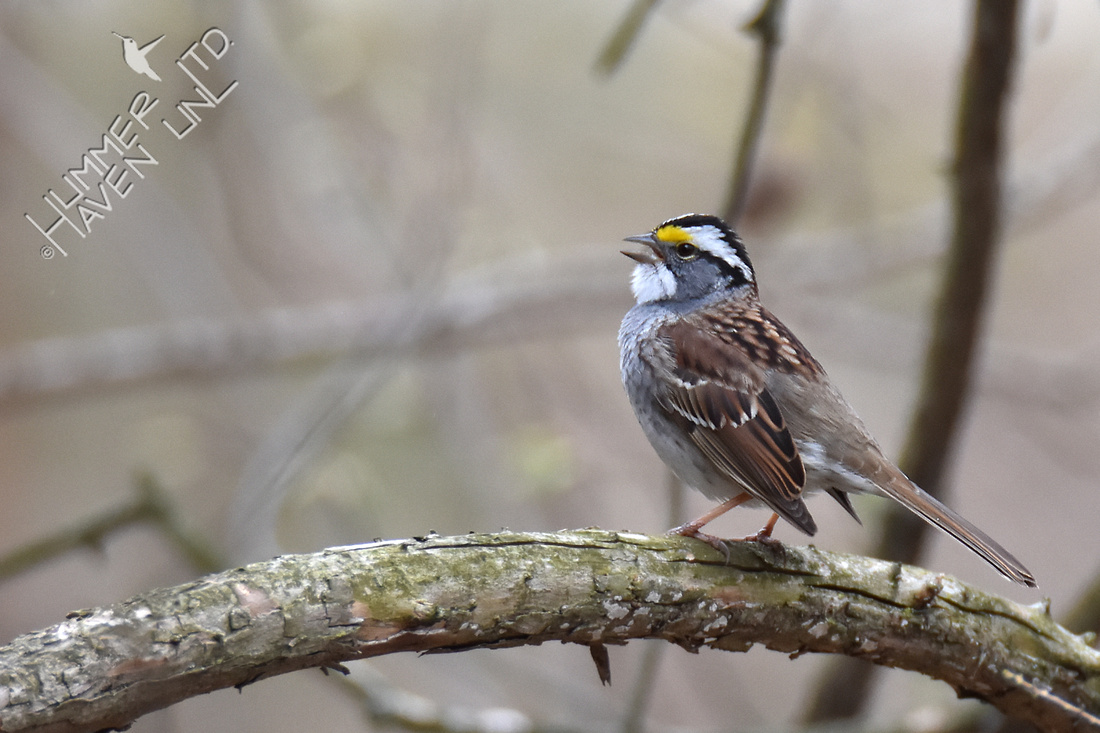 More folks have seen Ruby-throats by now, too. 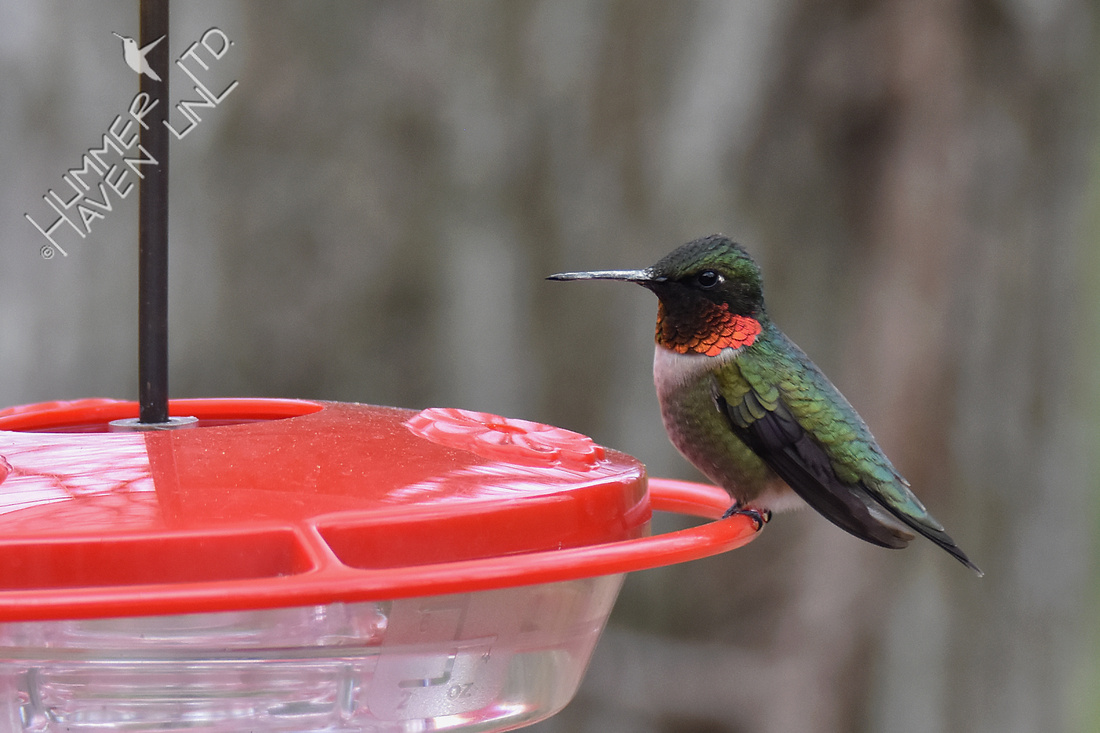 The Hermit Thrush was here up until a couple days ago so I think it has moved on. 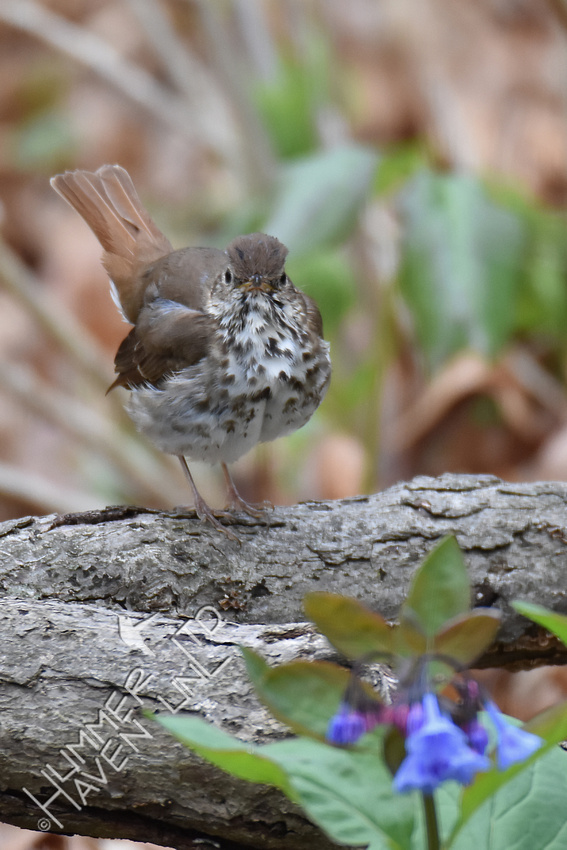 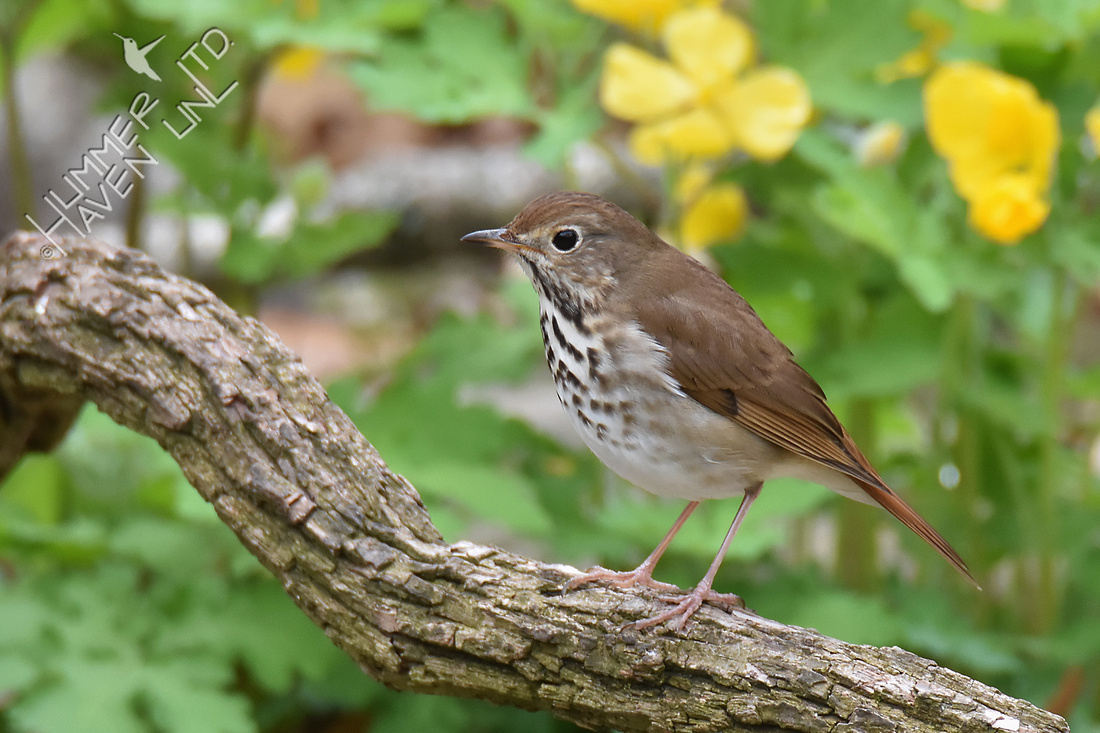 The cottontails are out and about, munching on violets. 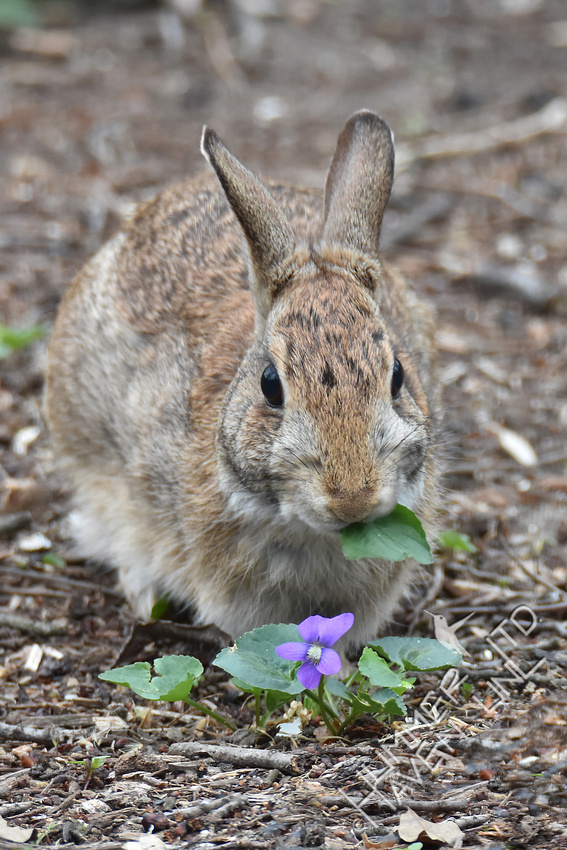 Eastern Gray Squirrels spend most of the day chasing each other, but these two were seen resting together in the thicket. 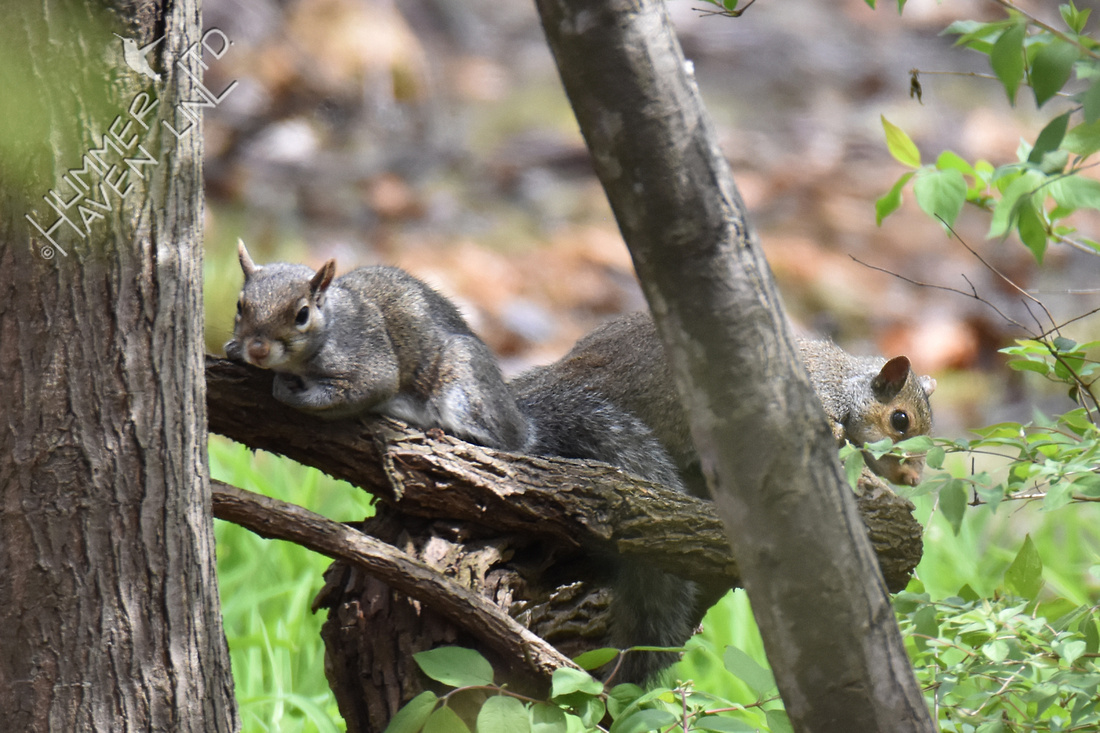 This video captured one of the Barred Owls we've been hearing. The only creatures moving in the water are the American Toads, so we assume that was what the owl took for a meal.

On Tuesday, 4-24-18, the first Orange-crowned Warbler was in the woodland looking for insects in dried leaf clusters and a Brown Creeper found a centipede for a meal. 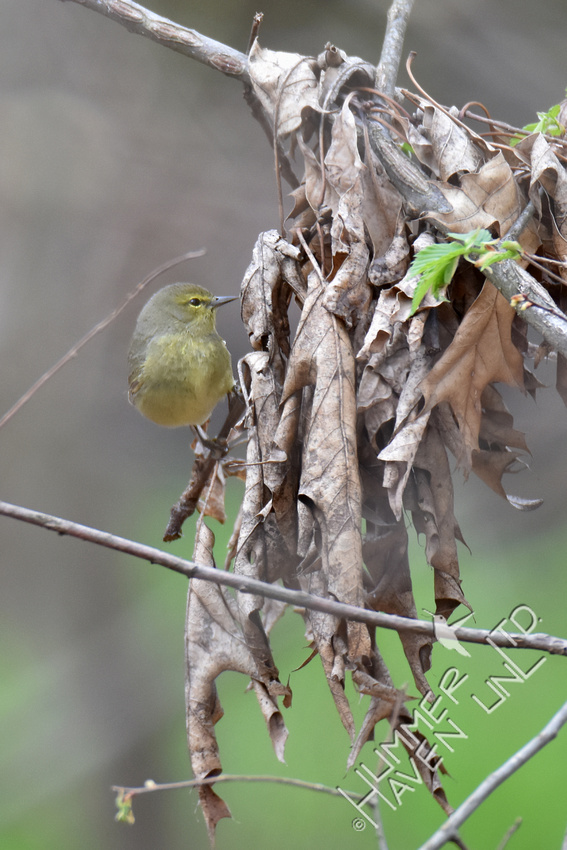 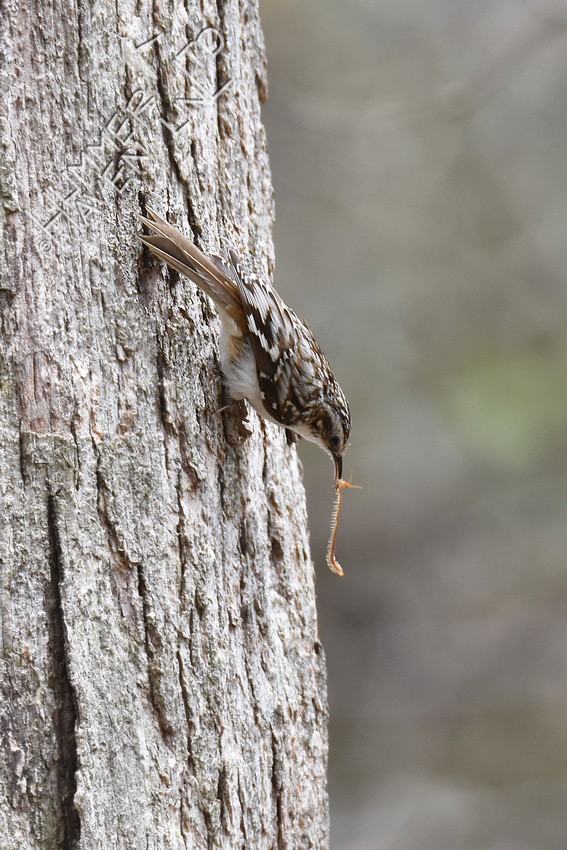 The first House Wren of the year showed up at the Bubbler Pond the following morning. 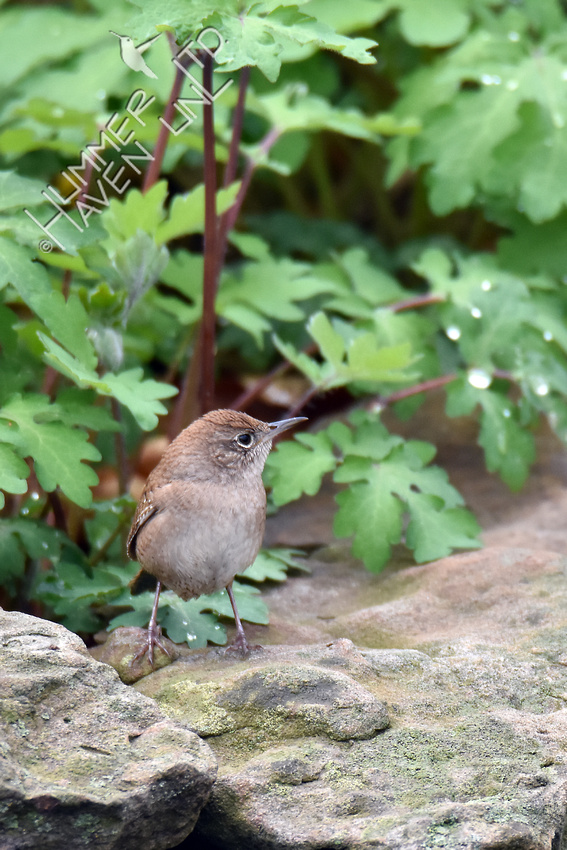 Both Golden-crowned and Ruby-crowned Kinglets came to the Bubbler that Wednesday. The Ruby-crowned made my day, excitedly flashing those red crown feathers! 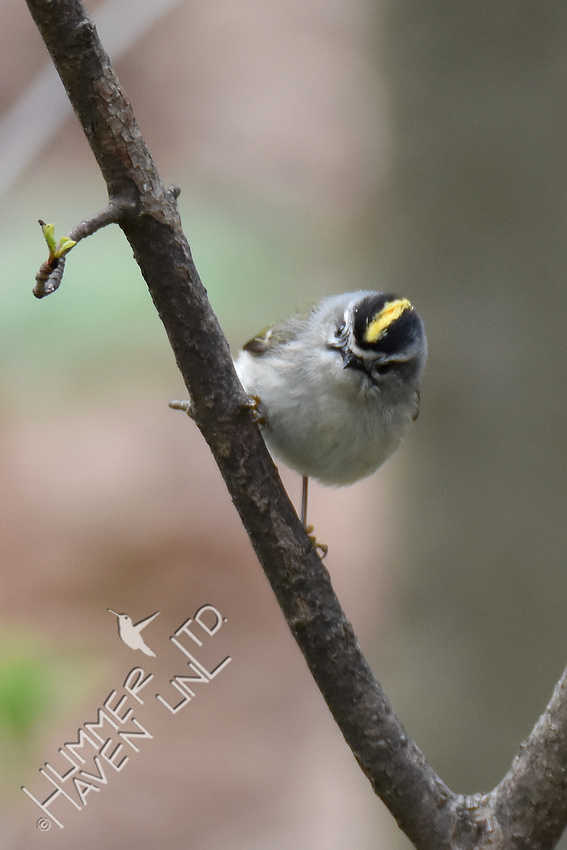 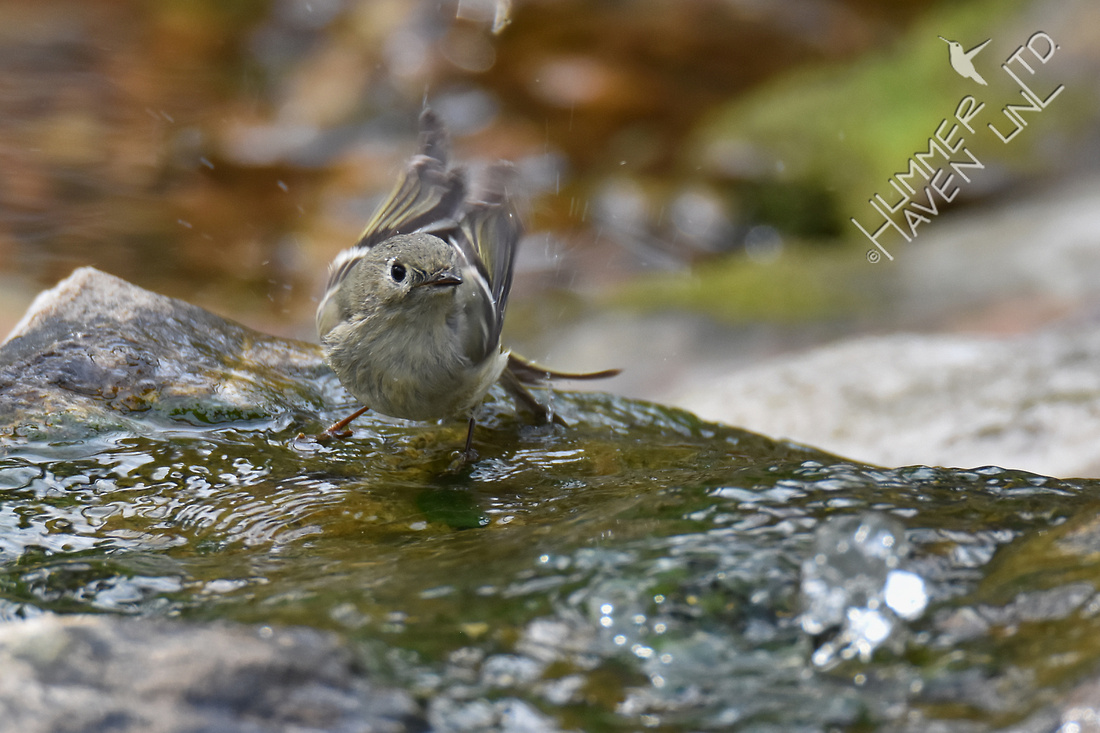 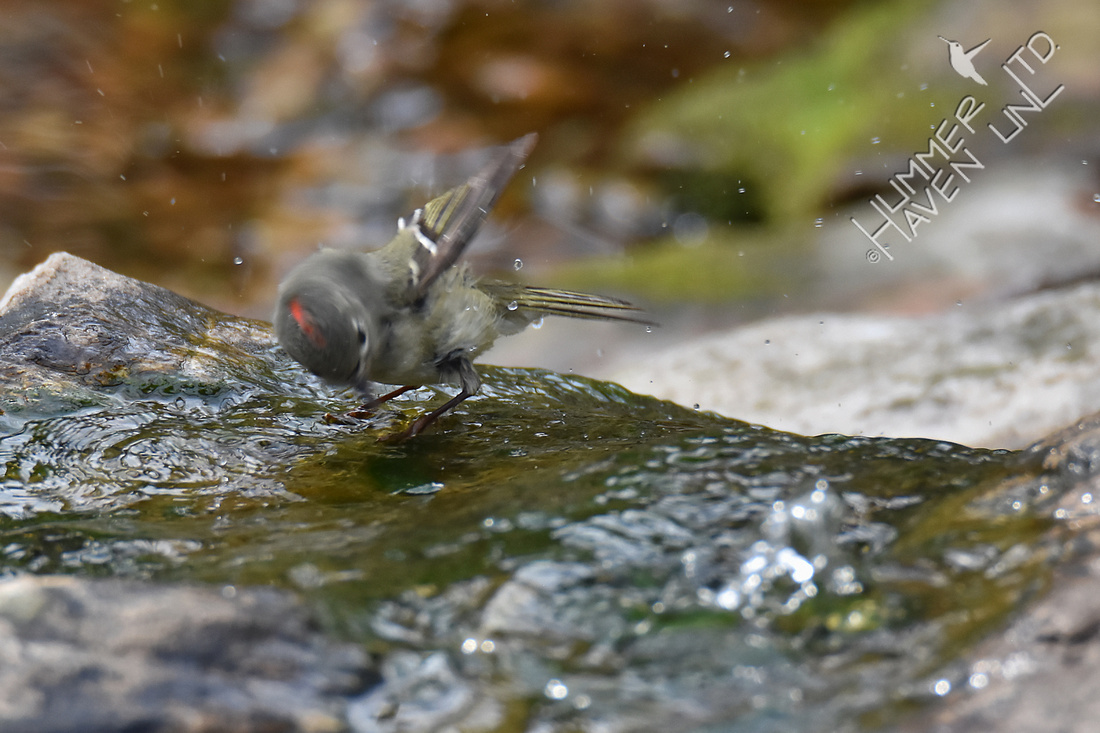 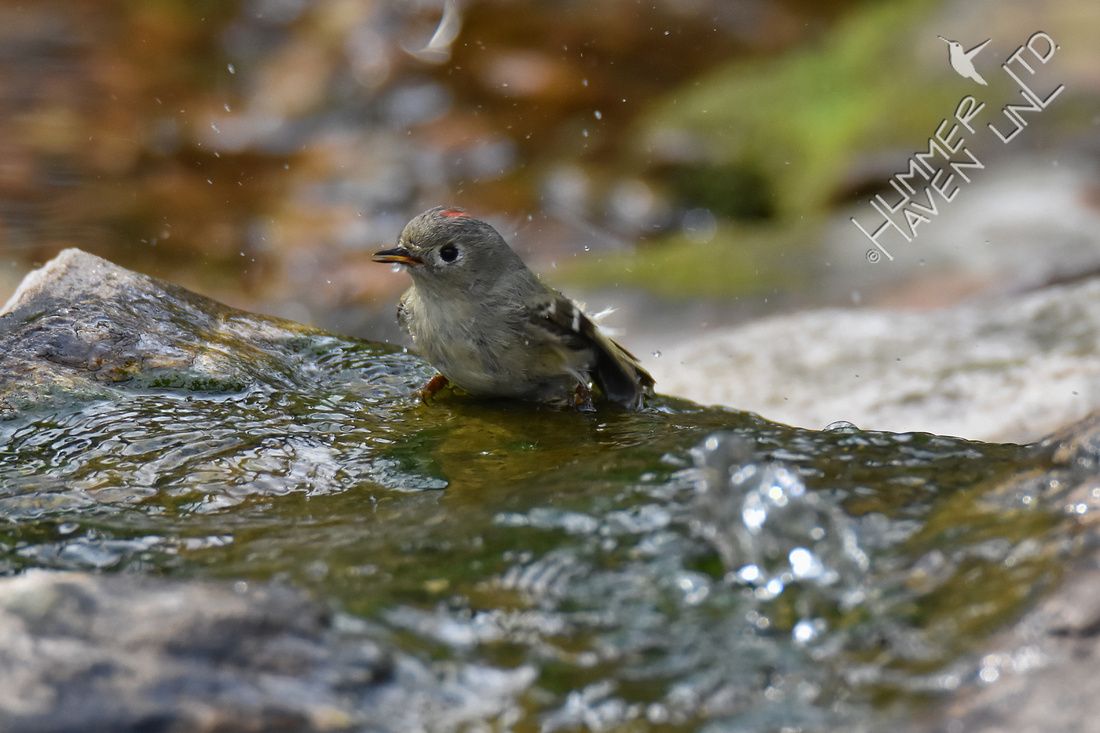 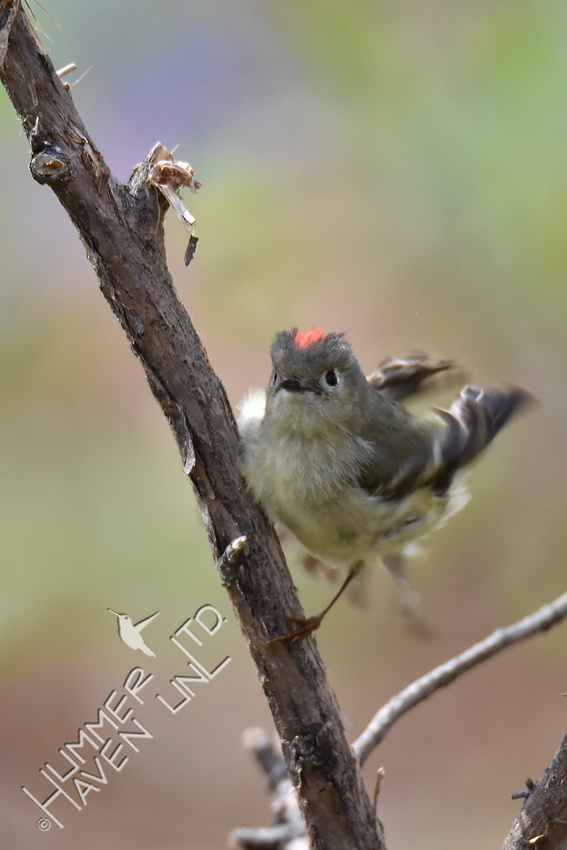 On Thursday, 4-26-18, these Northern Cardinals were pair-bonding. The male offered his mate a healthy larval tidbit, proving his commitment to her and their nestlings. 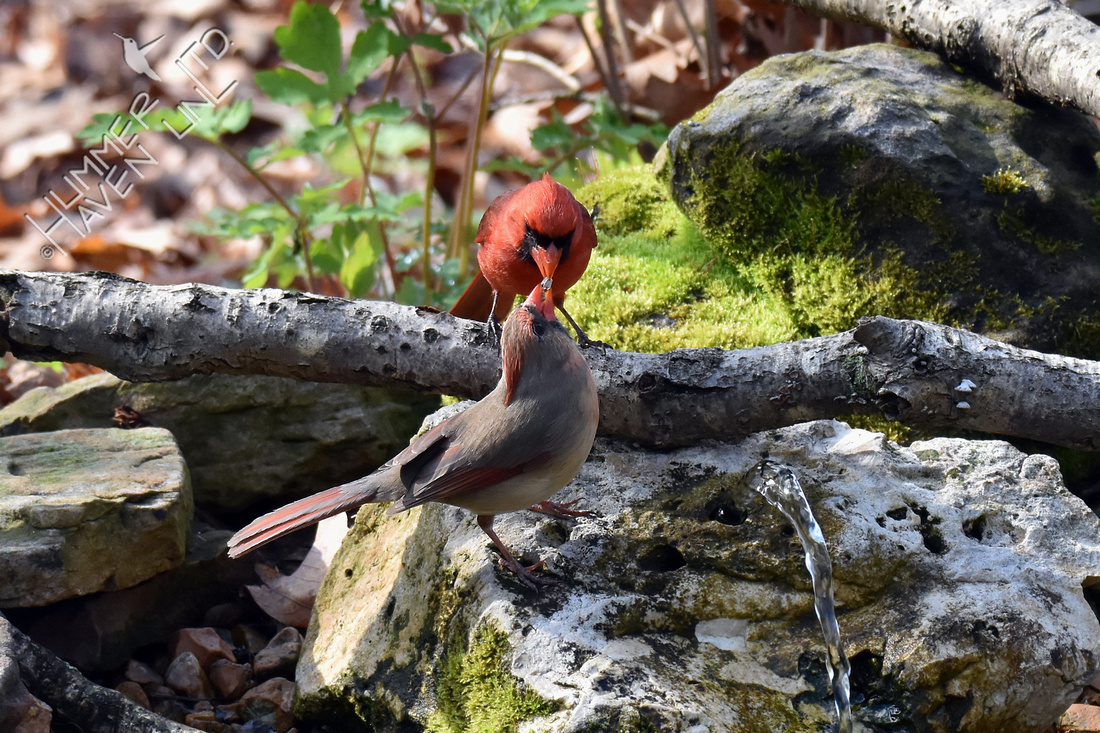 A new year bird announced its arrival with a "tu-Wheep!" on Friday, 4-27-18. The Great-crested Flycatcher has returned. 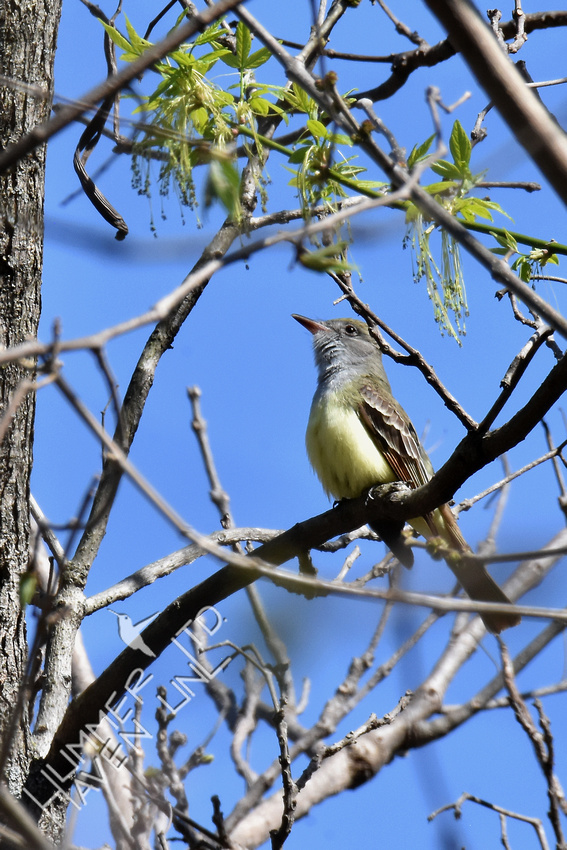 So, I continue to watch and wait, enjoying the antics of the Ruby-throat at the Virginia Bluebells while the fragrance of Golden Currant wafts in my direction. 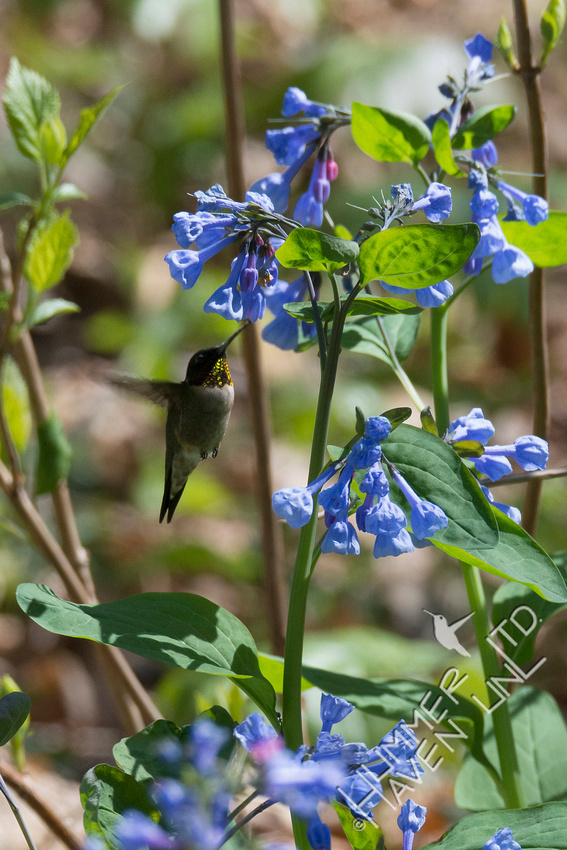 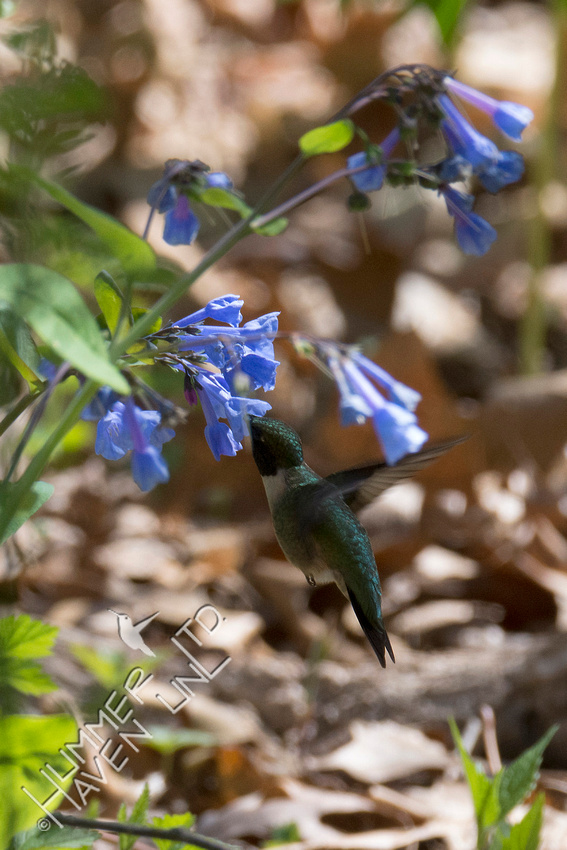 Tuesday, 5-1-18, my new exhibit called "Warblers" will be on display at Powder Valley Nature Center in Kirkwood, MO. Check out the information about it in the next blog post and stop by the Art Hallway sometime soon! I'll be opening the online gallery in a couple weeks for those of you who aren't able to get there.