The birds know that it's spring and we can tell from their behavior.  Birdsong has intensified, more species are seen together in pairs and nesting has begun for some.  The Barred Owls have been heard calling to each other, but I've not seen them roosting together since last week.  One pair of Carolina Wrens has begun a nest under the deck and the Carolina Chickadees have claimed the tubular nest box again.  Dan put it up on the pole on Tuesday, 2/28 in the afternoon.  Immediately, they chattered at him and were very excited.  One of the chickadees took a look and called to its mate. 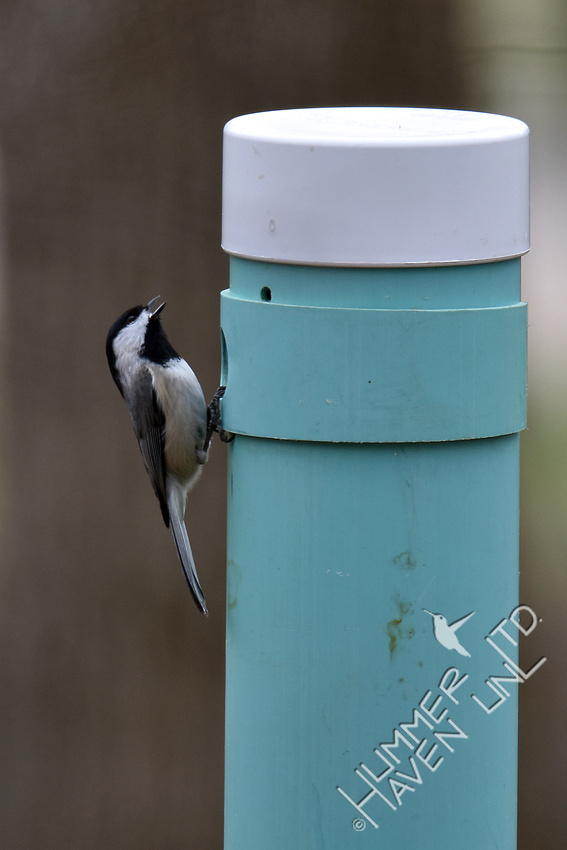 Carolina Chickadee calls to its mate 2-28-17

Of course, all the excitement attracted other birds.  This pair of Eurasian Tree Sparrows checked it out and were reluctant to leave even though they cannot fit through the hole to get in. 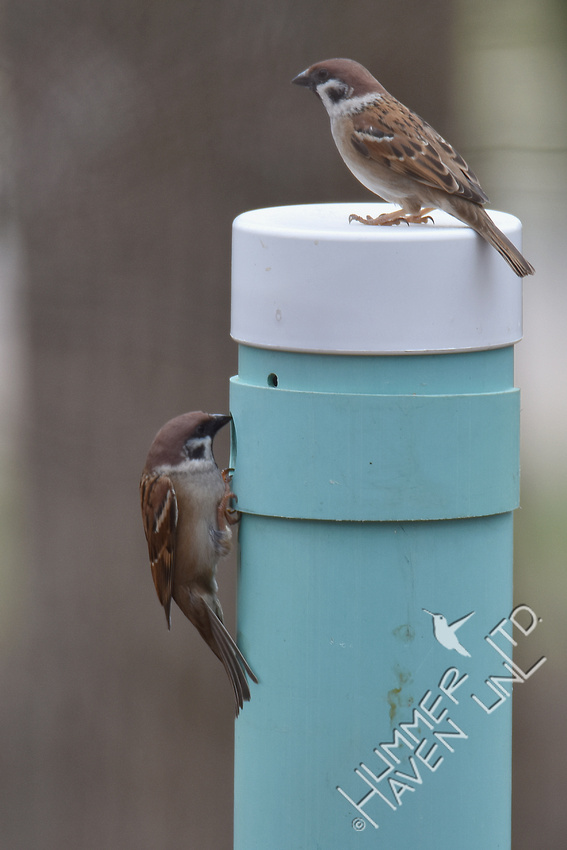 The White-breasted Nuthatches came down the next morning to investigate.  The second bird is in the upper left corner on a tree, out of focus. 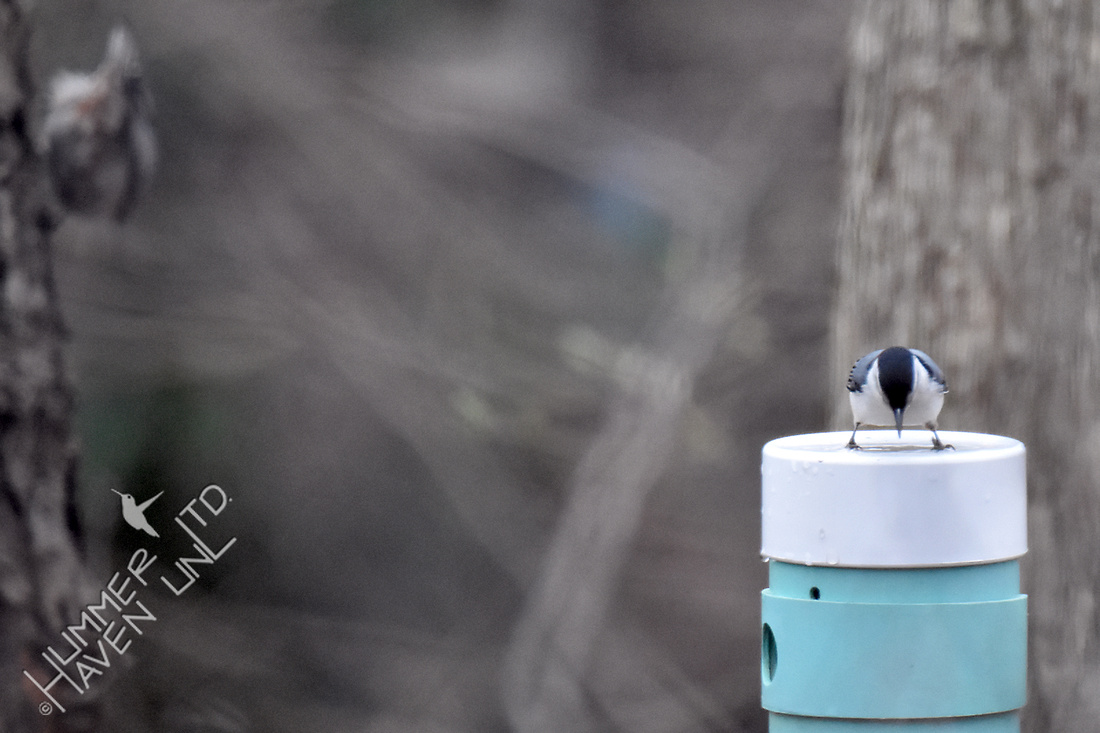 Finally, the other birds left the pair alone long enough that they could begin their work.  Dan had filled the tube up to the entrance hole with fresh cedar shavings.  Part of the bonding process for these birds is to work together to excavate their nest.  They show their commitment to raising their family by beginning in this way. 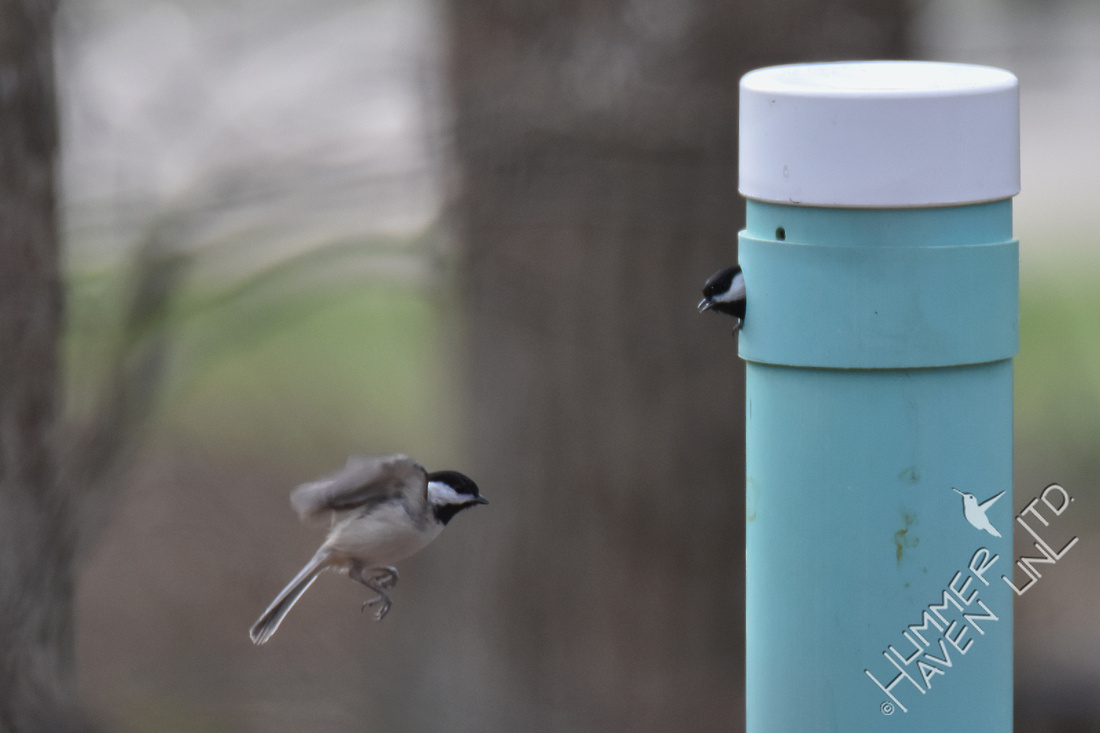 So, one bird in, one bird out, mouthful by mouthful they work together to remove the cedar shavings.  It's a well-coordinated dance to a natural rhythm and it's truly a joy to behold.  They check for predators, then carry the shavings off in different directions so as not to leave a clue that this is where their chicks will soon be.  This gets them in prime condition for the many trips they will make to carry food to their young. 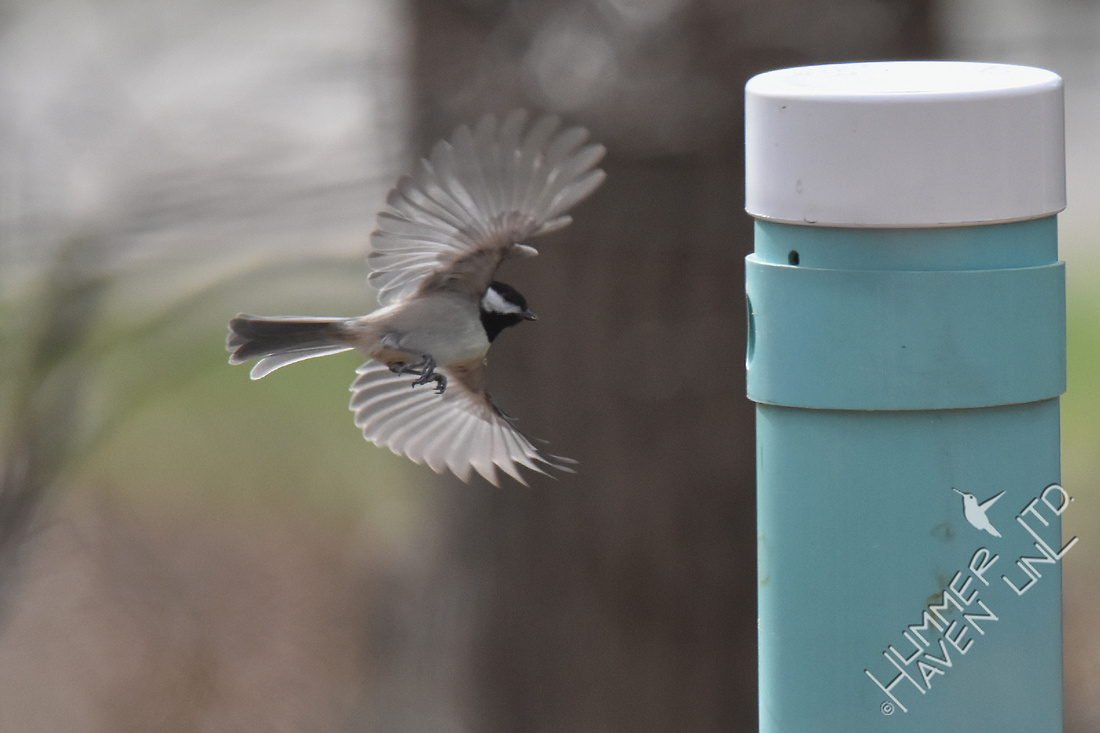 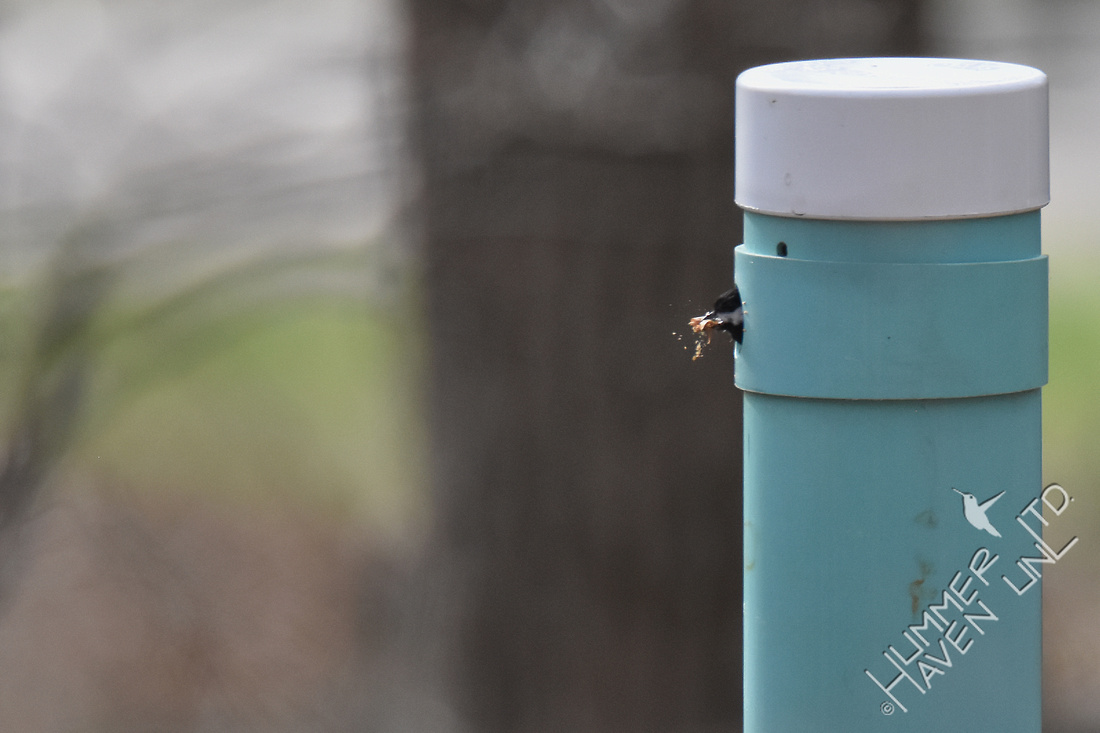 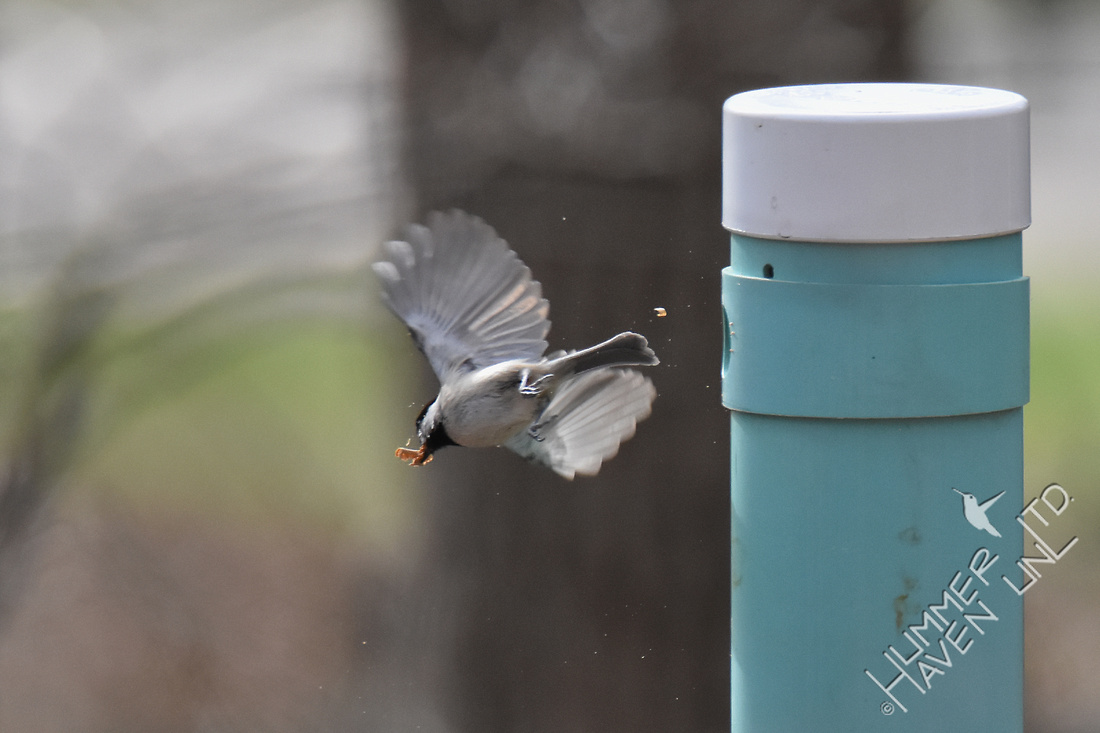 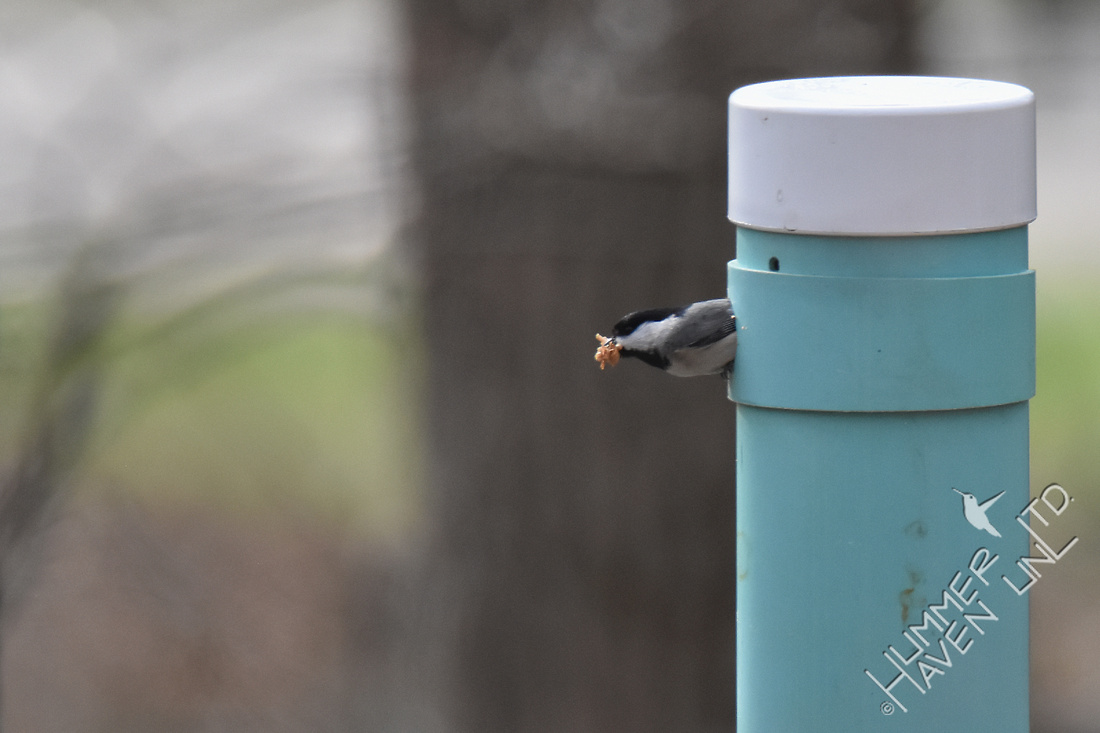 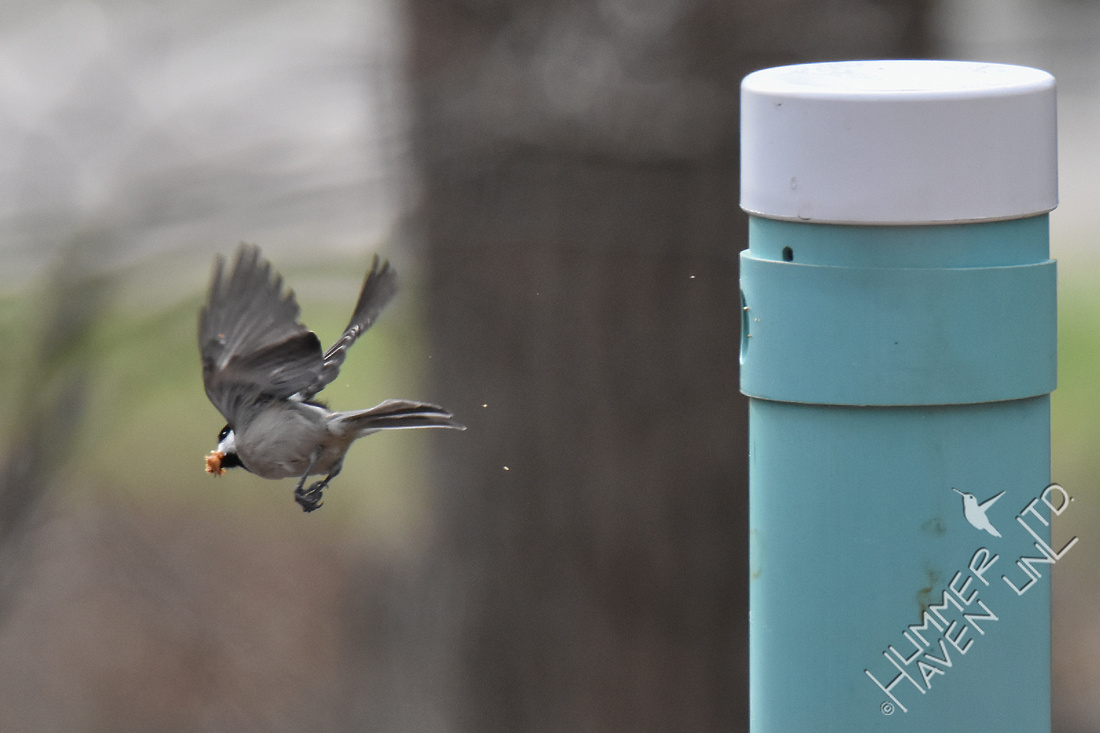 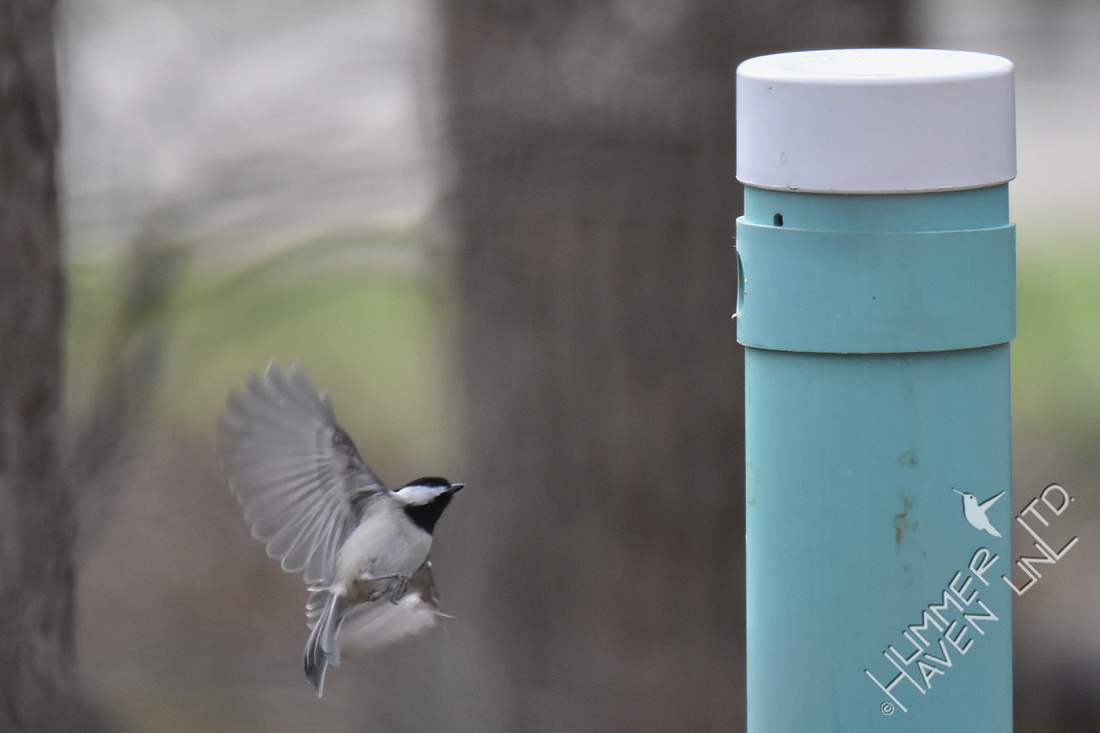 Yesterday, the chickadees were disrupted again by the Eurasian Tree Sparrows.  This one was not happy, but finally the pair resumed their activity after eating, bathing and just waiting them out. 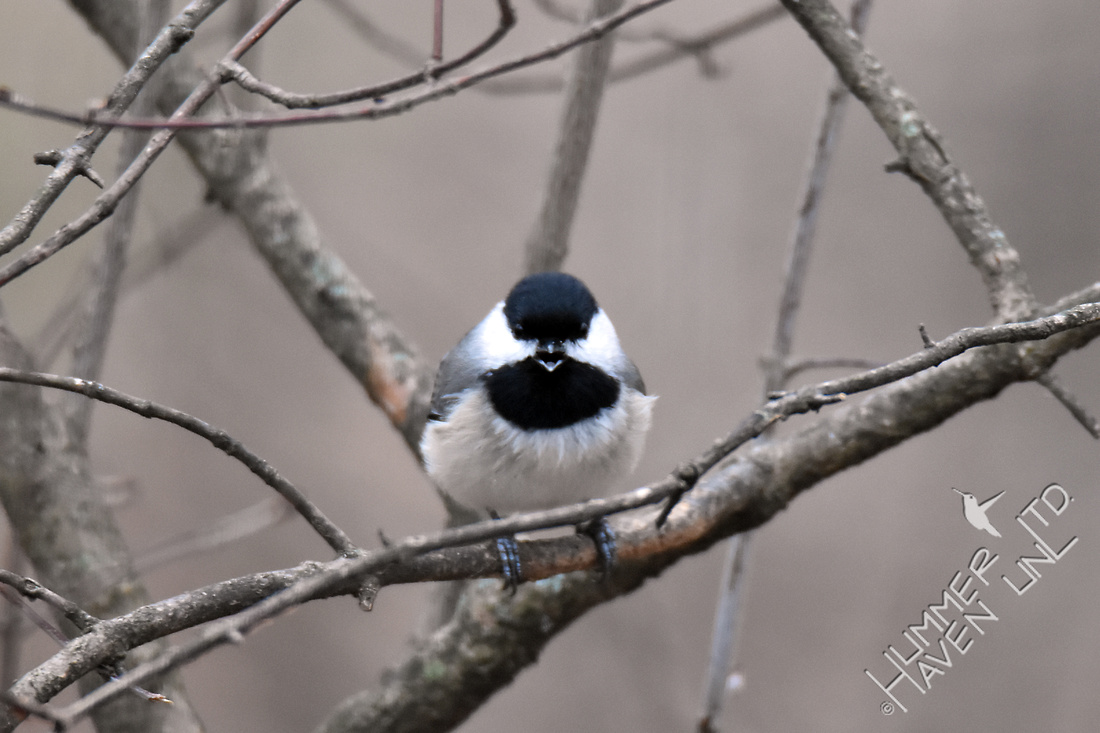 Carolina Chickadee is not happy 3-6-17

We also enjoyed watching one of the Mourning Doves doing water ballet in the basin on Monday. 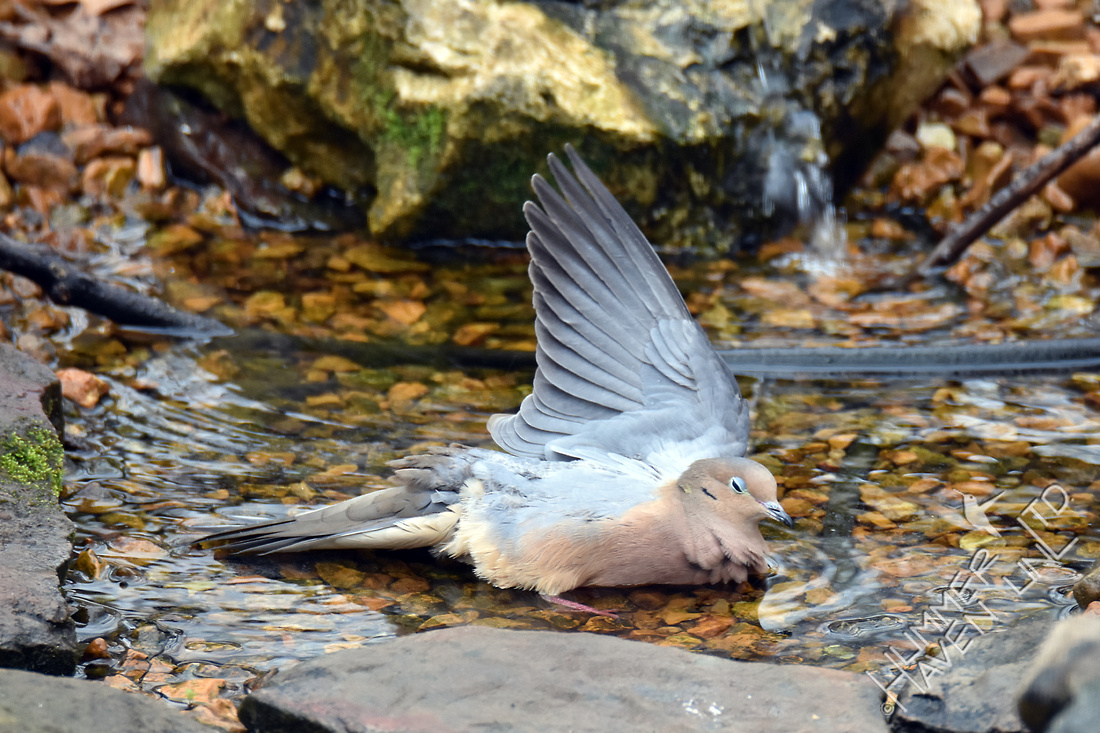 Tuesday morning, another male Eastern Towhee was in the woodland.  It stayed low in the leaf litter, foraging. 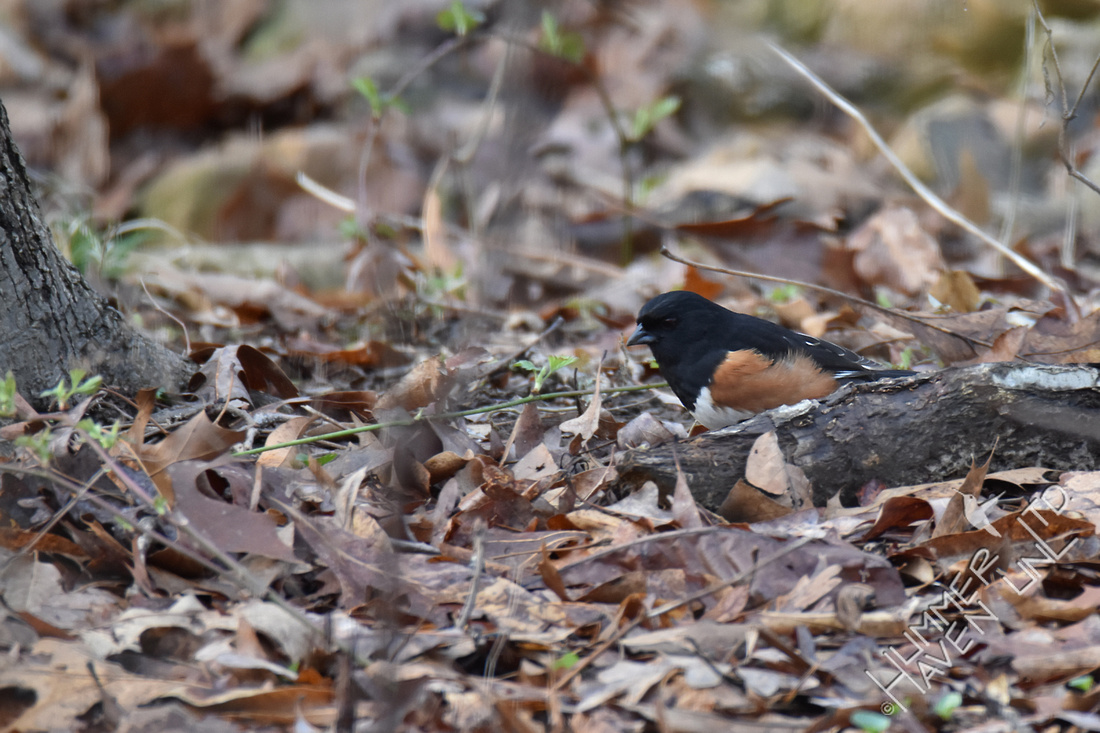 Briefly, it popped out into the early morning sunshine. 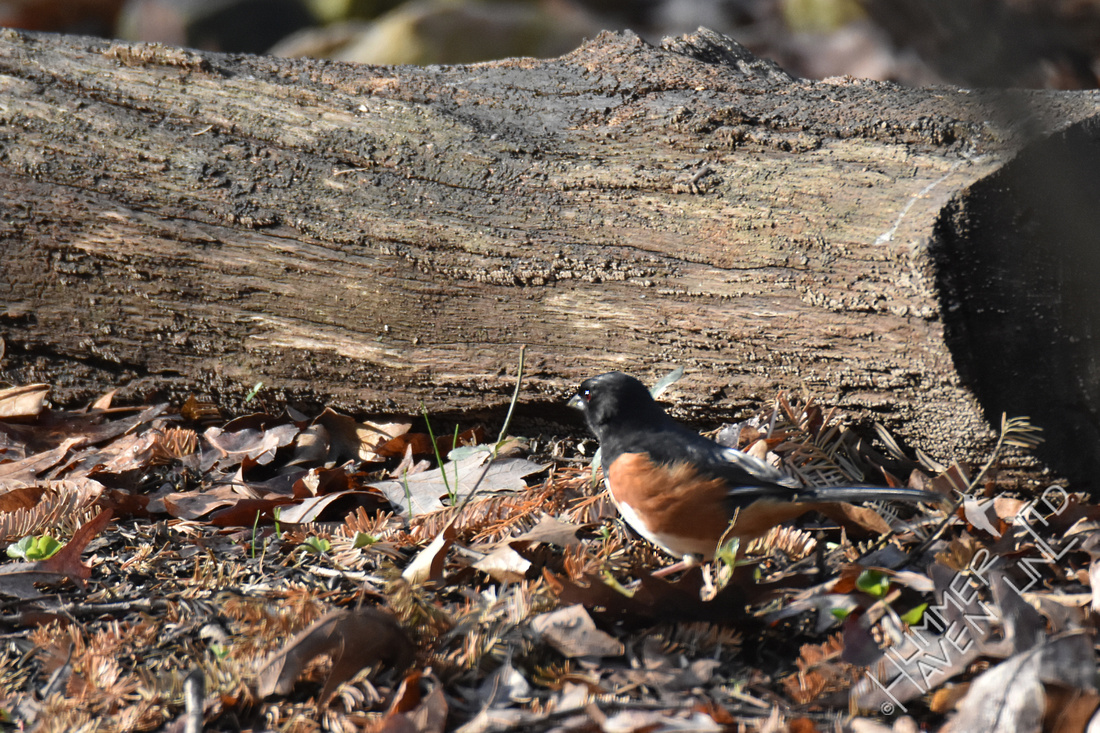 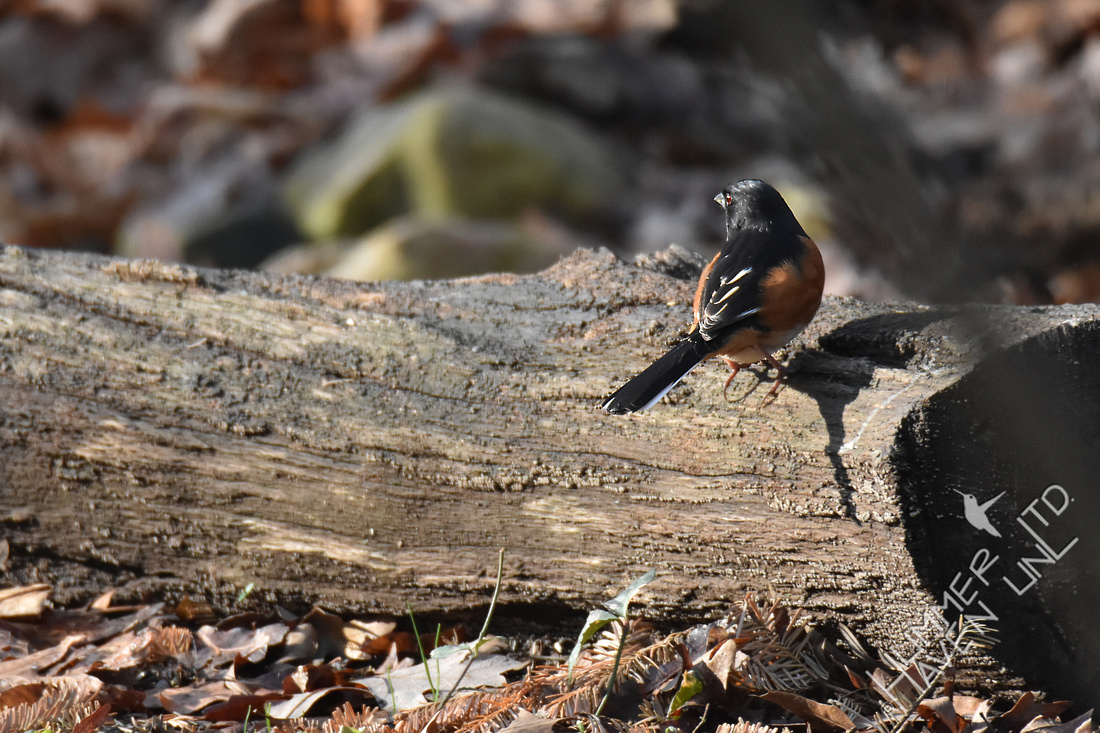 To see all the photos from the last week and a video of the Eastern Towhee at the Bubbler, begin here:  Birds 3/1 thru 3/7

For another video of the herd of deer that came through early in the morning on 3/3, look here:  Deer 3/3/17