There have been a few surprises since my last post.  The first Yellow-rumped Warbler popped in at the Bubbler briefly quite early on Saturday, 2/18/17.  By the time I saw it, I barely had time to get a photo and it's a blurry one.  Oh well, can't win 'em all. 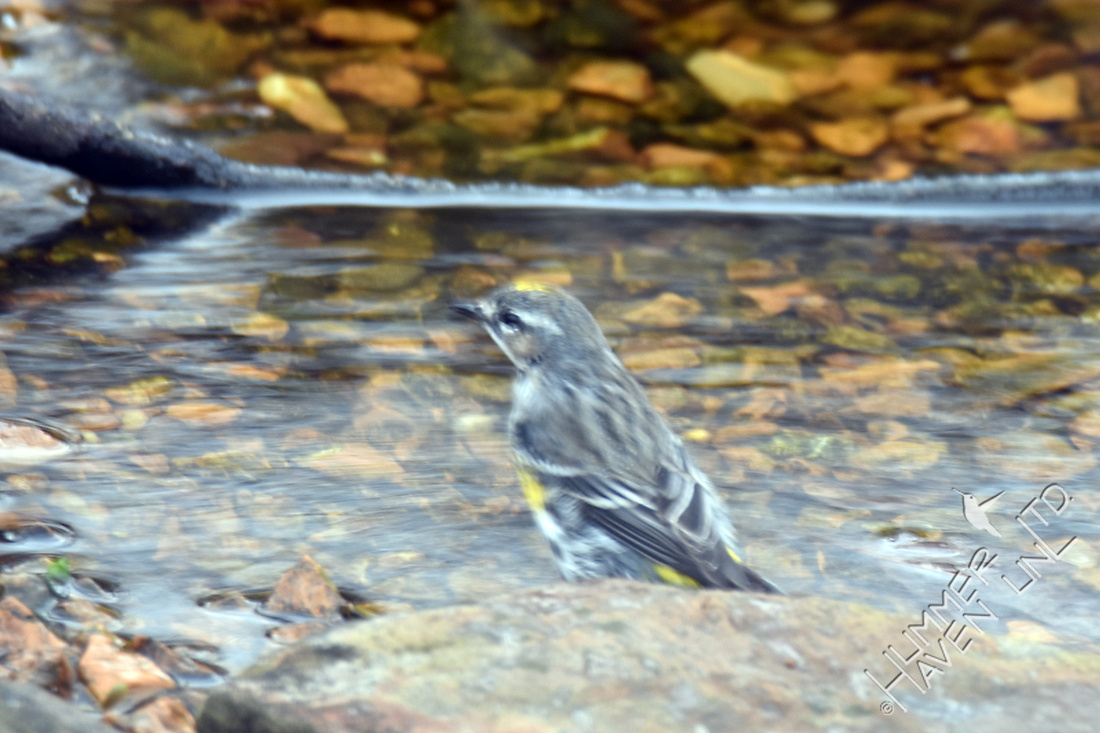 On Tuesday, 2/21/17 I heard the first Eastern Phoebe of the year calling near the Pond.  Others have reported seeing them and this is early for their return.  The biggest surprise of the week was the bird that flew in about 3:15 in the afternoon on Saturday, 2/25/17.  "Not a robin!" I thought to myself as I realized I was looking at an Eastern Towhee.  It is a large sparrow that thrashes about in the leaves and likes to be in the shadows.  I kept a watch on it for a couple hours and it finally came up near the freshly emerging Virginia Bluebells.  This bird is rare to see here in winter, and it's hard to believe but technically, it's still winter. 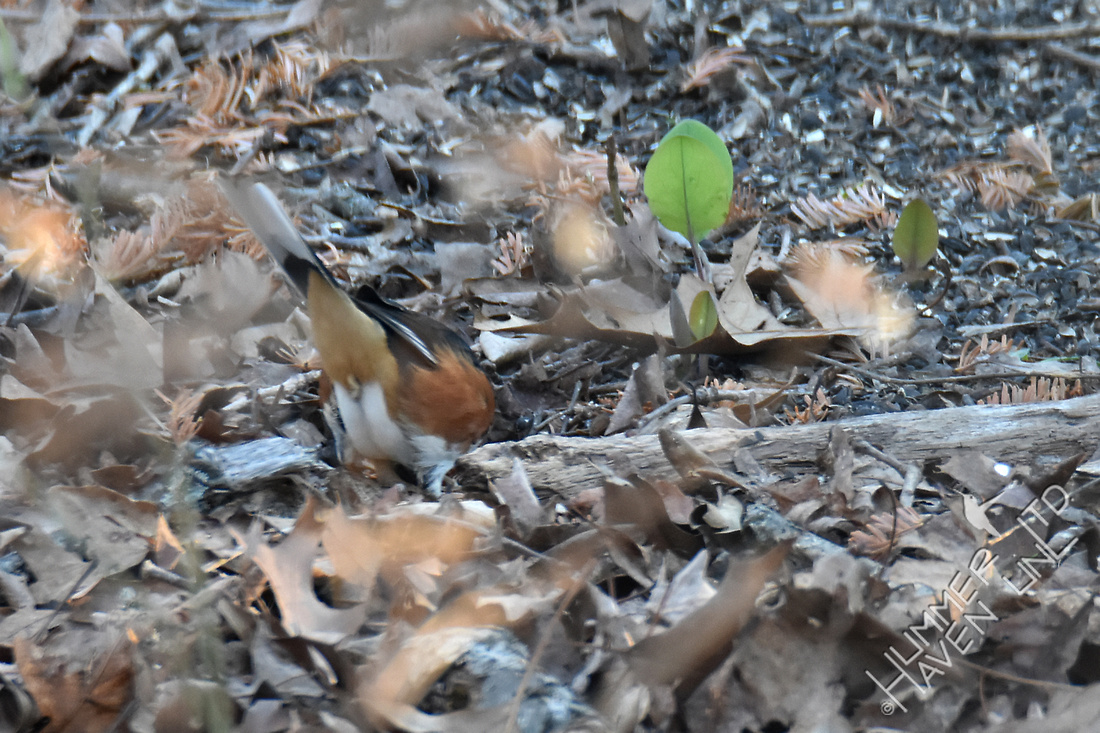 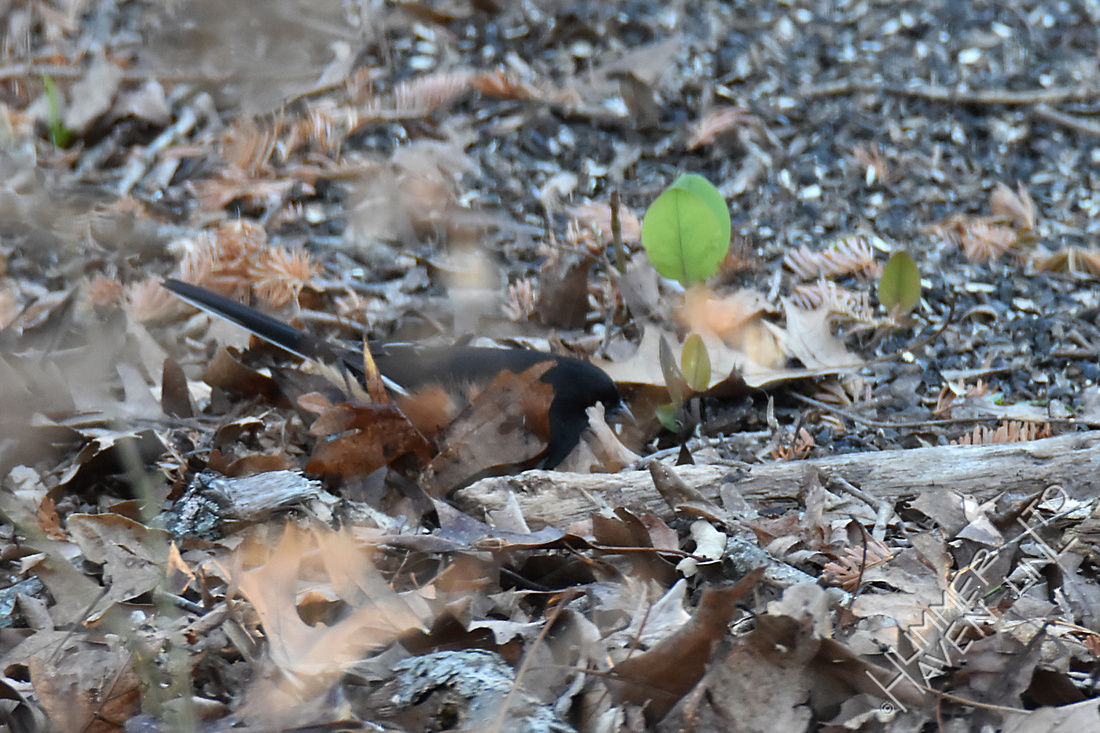 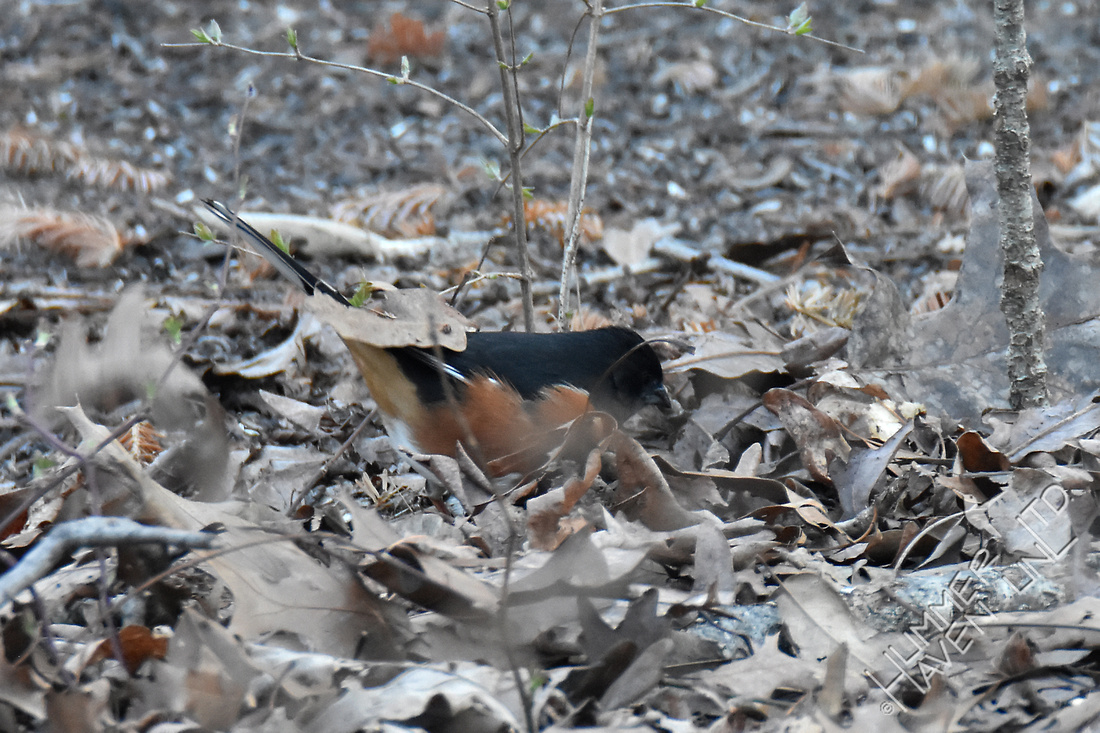 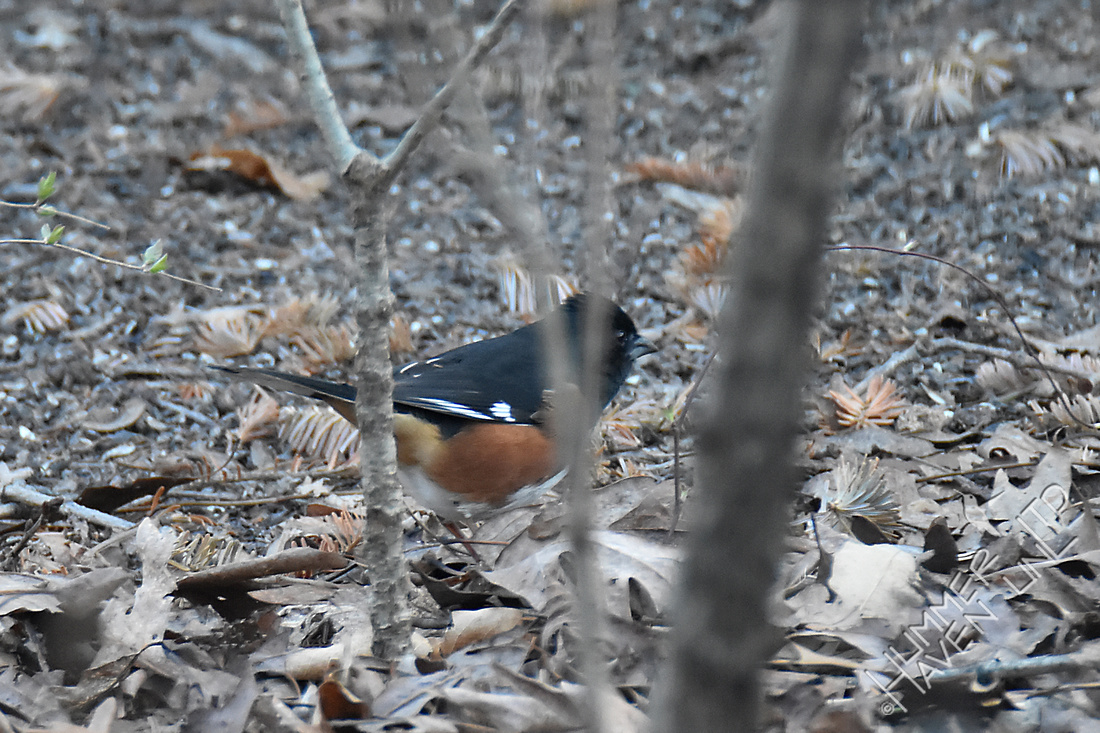 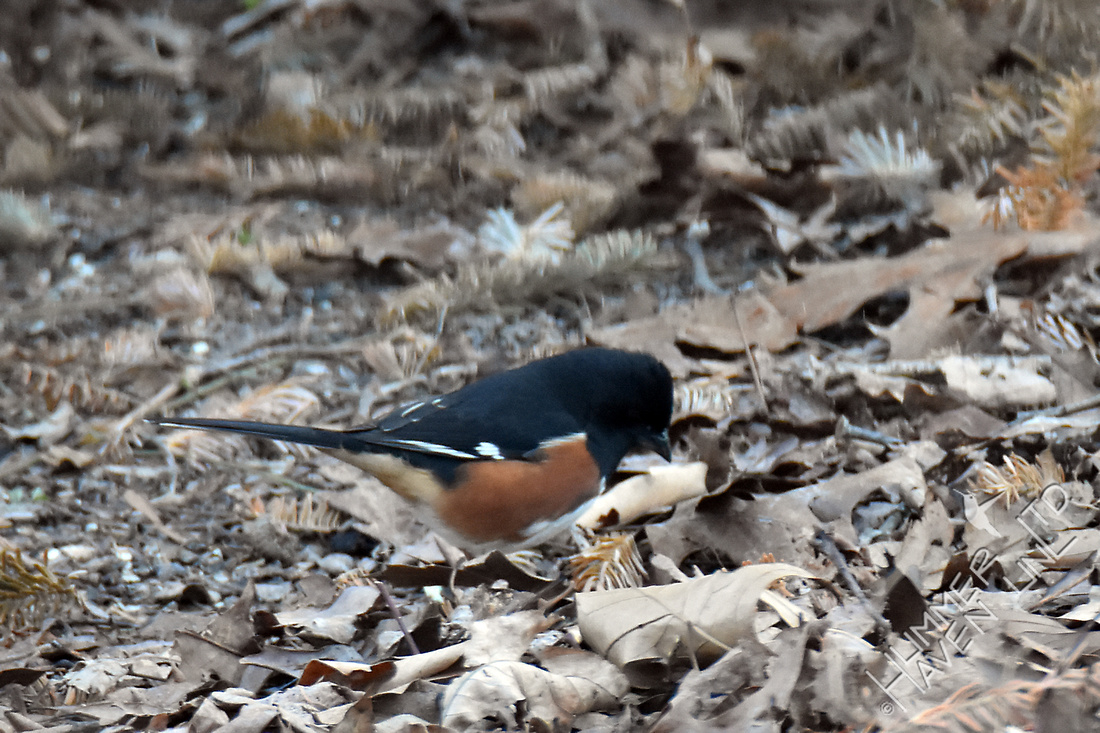 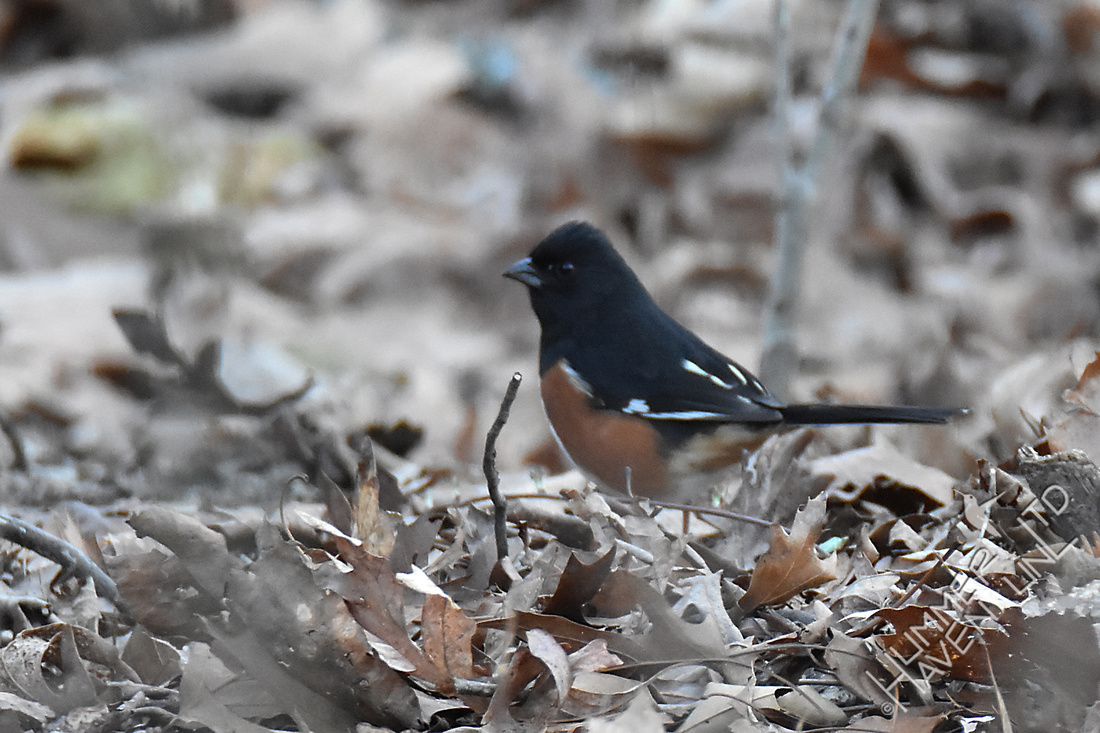 How does it differ from a robin?  Here's a comparison photo of both birds. 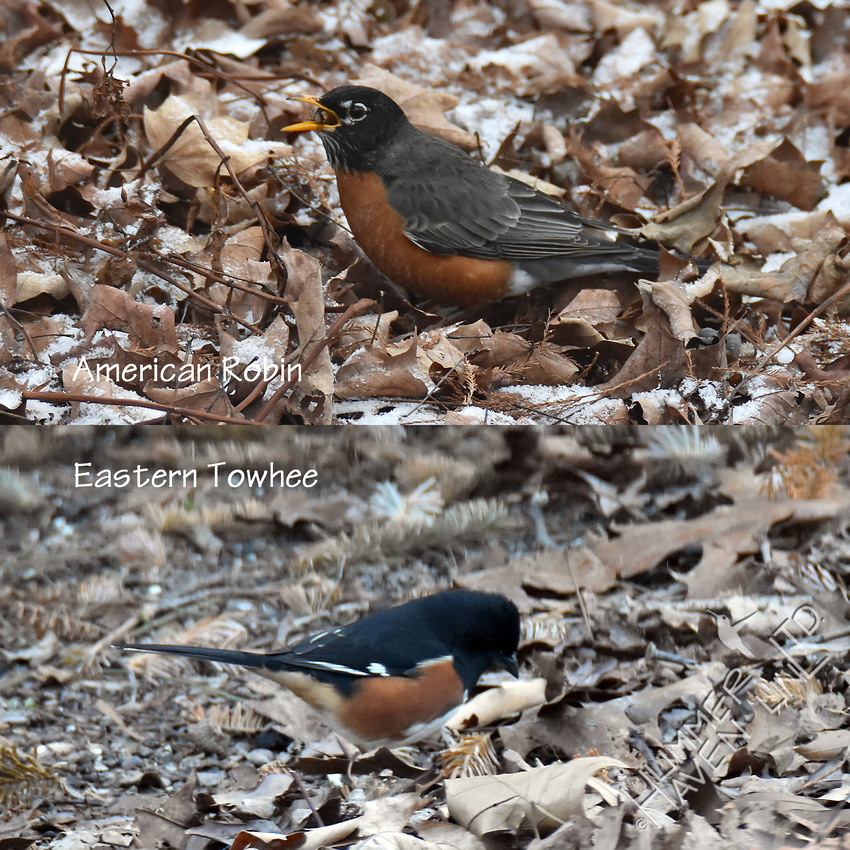 Here is a link to learn more about this interesting sparrow who sings, "Drink your tea!"

Last but not least, I had just come downstairs this morning when I saw one of the Barred Owls awkwardly carrying a squirrel up into a large pine tree just south of our yard.  The crows and jays were harassing it.  The bird then flew with the squirrel to an oak some 100 feet to the west.  It was followed by the second owl!  Finally, the other birds left them alone and the pair returned to the pine tree.  They were in a heavily branched part of the tree, but I managed to get this photo.  Now, I wonder if they do have a nest nearby! 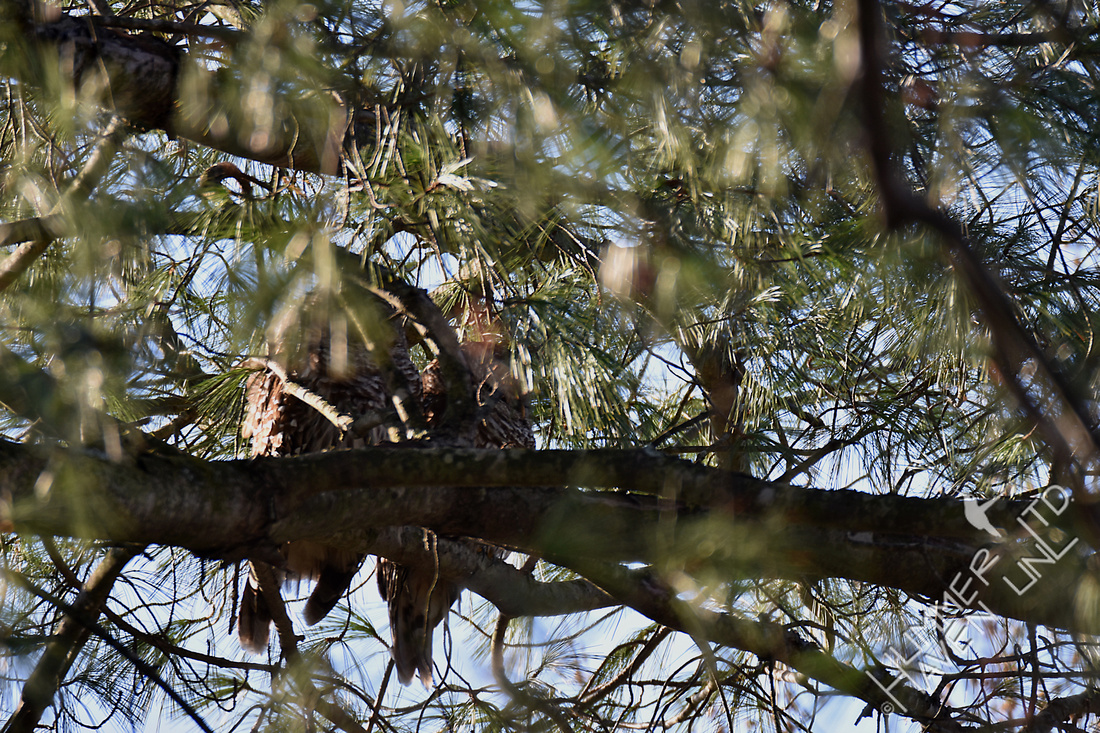 To view all of the images since the last blog post, start here: