A lingering female Chestnut-sided Warbler was still visiting the Bubbler this past week. The last day that I saw it was on Monday, 10/9/17. A beautiful male Northern Parula came in on the same day. I chased this warbler quite a while to get even one image to share, a Bay-breasted Warbler that had found a meal. The first Brown Creeper of the fall season arrived on Wednesday, 10/11/7 with a cool front after 2.4" of rain. 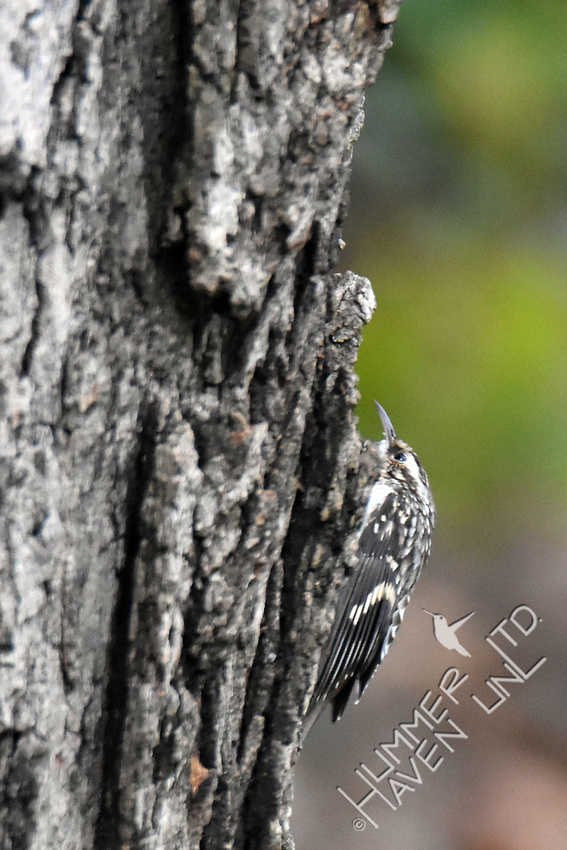 Birds were actively feeding in the garden that day. A Tennessee Warbler was finding small insects in this 'Blue Muffin' viburnum (Viburnum dentatum x 'Blue Muffin'). A Northern Cardinal was feasting on the seeds of Leather Flower, a native clematis (Clematis versicolor). Ruby-crowned Kinglets have been seen in triplets. This one was foraging in the Pond Cypress (Taxodium ascendens). A Black-throated Green Warbler flew from the same tree over to a small elm (Ulmus americana). Golden-crowned Kinglets arrived that day, too. Several were busy in the Sugar Maples (Acer saccharum). Listen for their "tsee tsee tsee" call. I was able to get another photo of the Brown Creeper on the trunk of the same maple. Both Golden-crowned and Ruby-crowned Kinglets have been very active near the Bubbler. They are the most challenging subjects, barely stopping for a second or two. 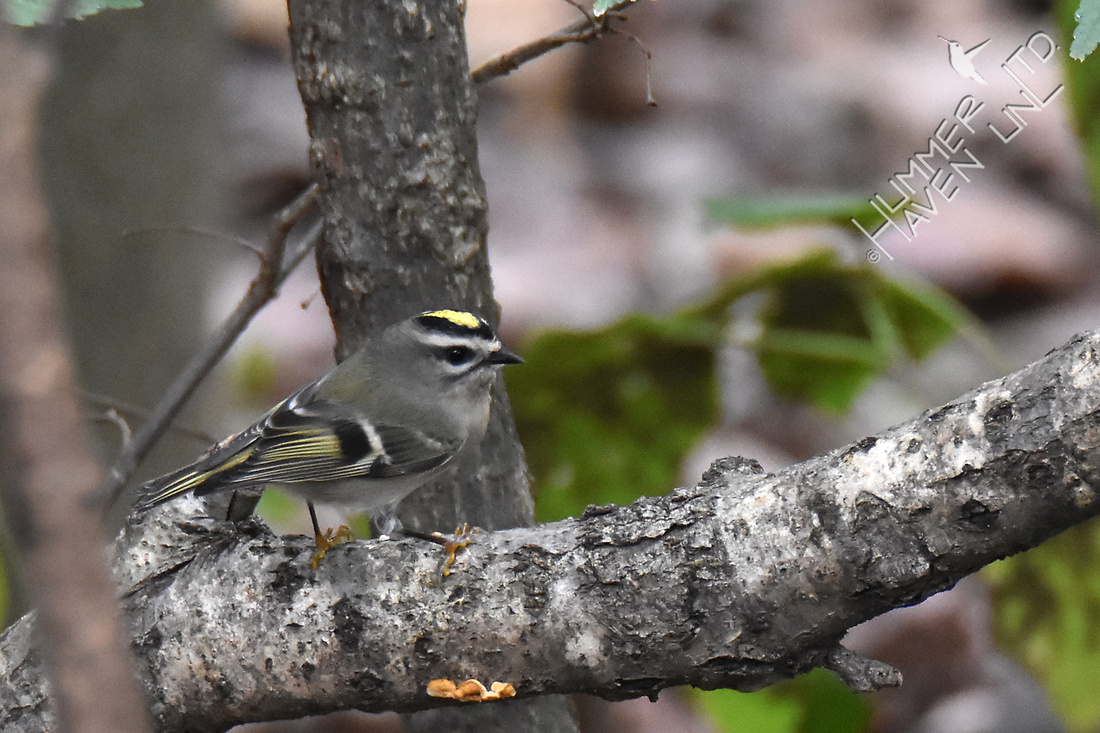 Summer Tanagers have been around for the past few days. Just after the Kinglets had come in, this bird slipped into the basin. It blends in so well with the color of the Meramec river gravel. The White-tailed deer are coming into the woodland frequently now. On two mornings, we've seen a doe with her twins, getting up from where they had slept. Last Sunday night, the lame 3-legged buck came to the basin to drink.

A couple nights later, a buck with a large rack munched on the Celandine poppies (Stylophorum diphyllum). My comfort zone is disturbed knowing that these beasts are coming in so close. On 10/14/17, the same buck took a long drink from the basin after eating some of the native hydrangeas (Hydrangea arborescens).

I discovered a 'hidey-hole' for one of the raccoons that have been around. On Friday, 10/13/17 it emerged to scratch an itch before climbing back in to sleep the day away. 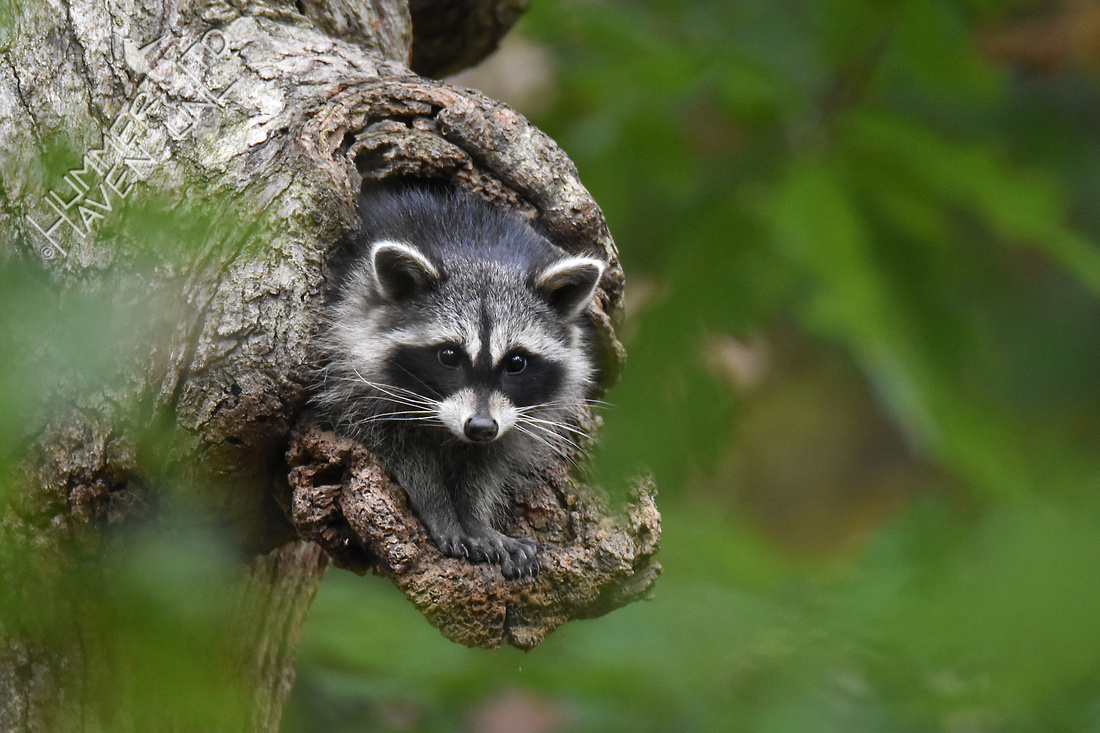 We see an opossum occasionally and this is one of the smaller ones.

Some days, we're just grateful that we both get to see something special though the perfect photo remains elusive.  I was sitting at the table in the breakfast room, when a head with two furry ears popped up right alongside the deck. It was the beautiful Red Fox. I called to Dan, the fox's ears twitched as it heard me so I dared not move toward the camera at the window. The fox moved off the rock wall and down under the feeders, then toward the garden. We both went in to the other room and watched it as it stood for a moment, stalking. It then turned and went back toward the woods. I got the camera on the off chance it would reappear. It did briefly, in a standoff with a feral cat. The fox then loped up to the street before trotting up the neighbor's hill. It is such a beautiful, healthy animal.